J Mack said:
Yep it's all an easy fix.
I'll try to find time to make a part and take some photos for you.
Click to expand...


Oooh, that would be good.

Found this thread. Lots of good detail there.

I was digging through the computer at work yesterday and came across the file with all the stuff from my article years ago In Toyota Trails about rear window operation and stuff on the FJ55. I'd be glad to send it in to Mud to have listed in the tech section but don't know how to go about it...

These. Basically the same. 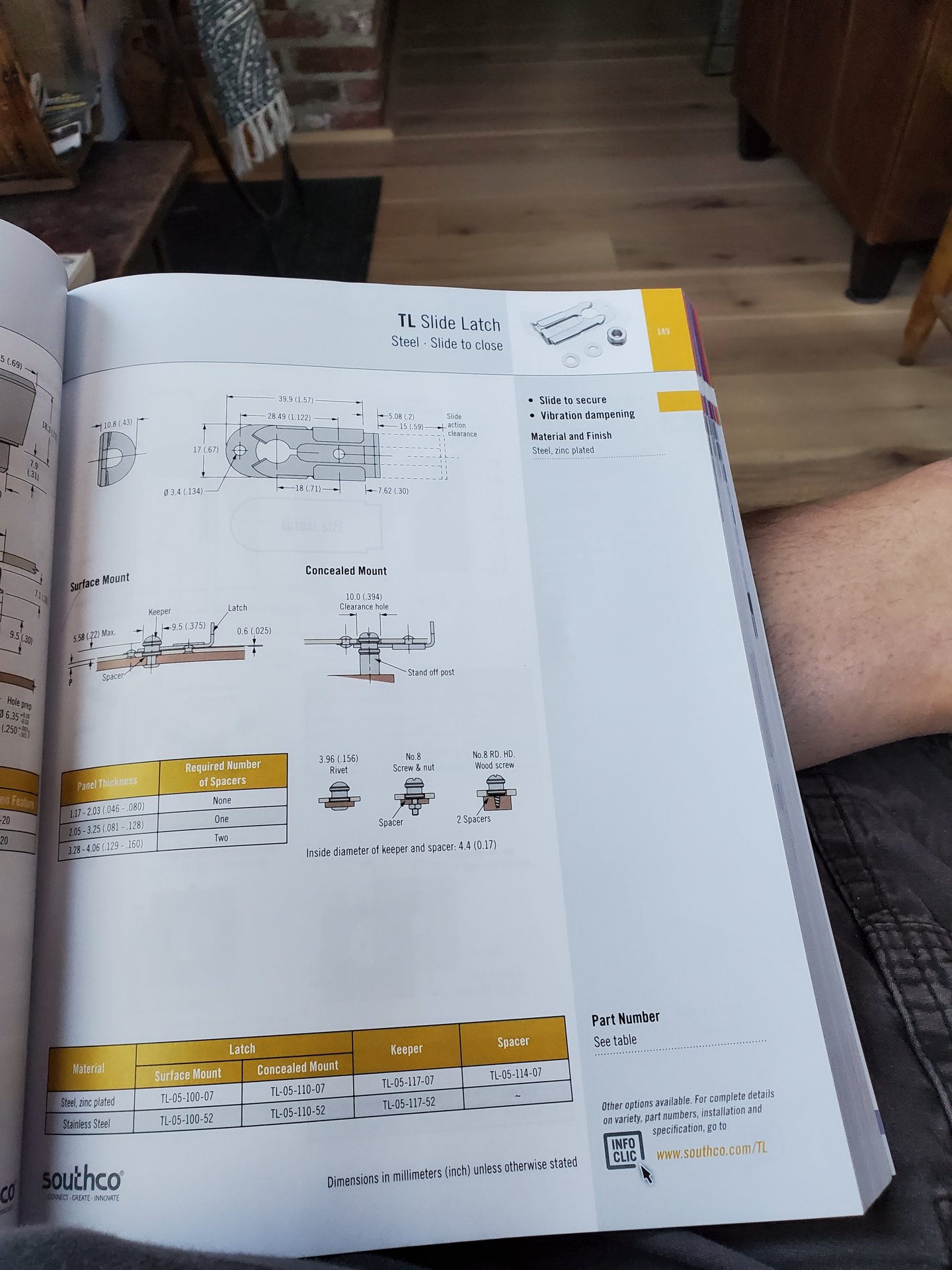 OK, I feel like an idiot here. What is that, and what precisely is it doing?

Did you take your window apart yet?? You'll see.

@J Mack posted a great tutorial on how to fix this over on the @Gary S back window article. Perfectly clear and looks fairly simple to do.

As soon as we get a couple dry days in a row, I'll jump on that and recondition the regulator to boot.

BTW, threw a new reconditioned starter at it yesterday. I looked at it, saw it was just kinda hanging out there in space, with a bolt on the bottom, a nut on top to hold it on and a bolt to hold on the positive cable and a bayonet plug to provide juice.

Easy job, I said to myself.

Are you f'ing kidding me? That top nut is a genuine bugger to get off. Not enough clearance for a socket or a ratchet wrench, and very little clearance to turn a box end. Forget about open end wrench, as you get 1/4 turn and you are done.

I eventually found a 17mm box end that had a bend in it generous enough to fit behind the #6 cylinder so I could move the nut a tiny bit at a time. Took longer to get that sucker off and then on then it took to do anything else.

To make things even more hilarious, the parts store had to special order the starter, which came from distribution center, but was actually someone elses' core. Original 1970-ish vintage Toyota part, complete with grease, rust and internal corrosion. Have never had that happen to me before. The parts guy was flummoxed by this weirdness as well, and he wasn't some teenage minimum wage kid, either. Parts store managed to get a new part ordered, and it works a treat, once installed.

If/when I have to do it again, I am going to take an el cheapo 17mm socket and modify it to fit that top nut. Will not do it again 1/gazillionth turn at a time again. What a PITA.

Funny, don’t think I ever had to replace mine in 18 years.

RUSH55 said:
Funny, don’t think I ever had to replace mine in 18 years.
Click to expand...


The starter on there was kaput. About one crank per 10 attempts.

120mm said:
This is in addition to some stripped teeth on the rear window gear, and one of the regulator arms (the one that attaches to the regulator channel shown, has too much movement to it.
Click to expand...


That entire assembly I mentioned was just relisted on ebay. It does not include the window channels. Sounds like it has a bad drive gear but looks pretty good otherwise.

Find many great new & used options and get the best deals for 1968-1980 Land Cruiser FJ55 OEM Window Regulator Assembly at the best online prices at eBay! Free shipping for many products!
www.ebay.com

WarDamnEagle said:
That entire assembly I mentioned was just relisted on ebay. It does not include the window channels. Sounds like it has a bad drive gear but looks pretty good otherwise.

Find many great new & used options and get the best deals for 1968-1980 Land Cruiser FJ55 OEM Window Regulator Assembly at the best online prices at eBay! Free shipping for many products!
www.ebay.com
Click to expand...


I am going to pull my regulator assembly before I buy anything. Which means I need to wait for a day when we don't get 1-3 inches of rain.

I consider every FJ55 rear window drive gear to be bad. Even when new from the factory it was a crap setup.


I'm assuming the nylon gear and the regulator are purposely weak to prevent binding up the window and potentially breaking the glass. Or becoming a guillotine for arms, legs or even heads sticking out the back.

Mine is a 75 also I bought two gears, Installed one when I did my resto I still have the second one. Rear windows can be a real challenge but this group has the knowledge to help you work through it. 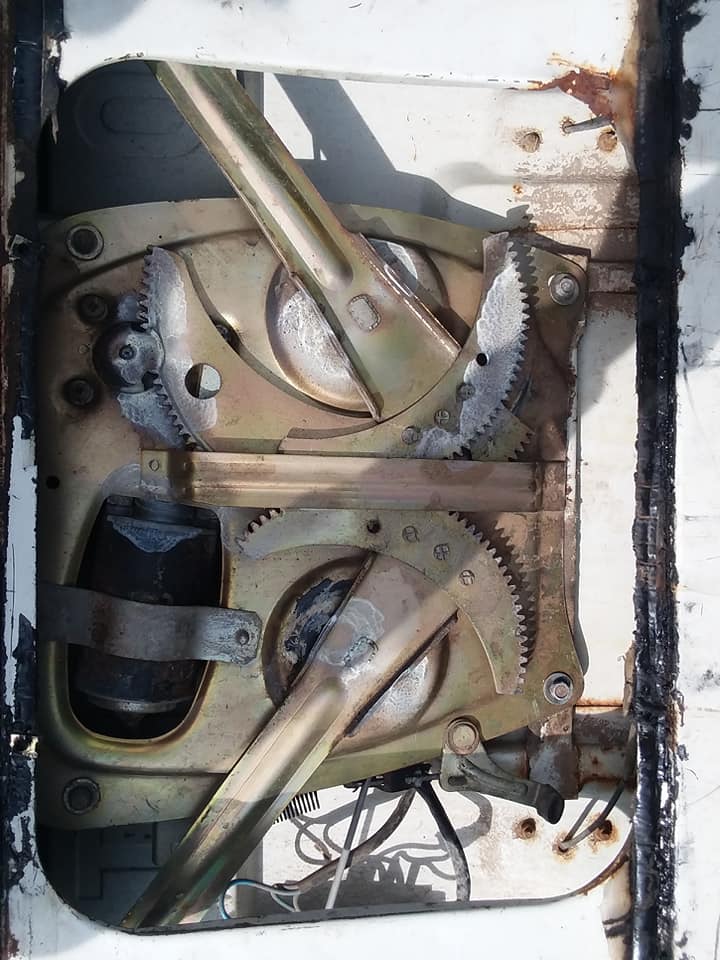 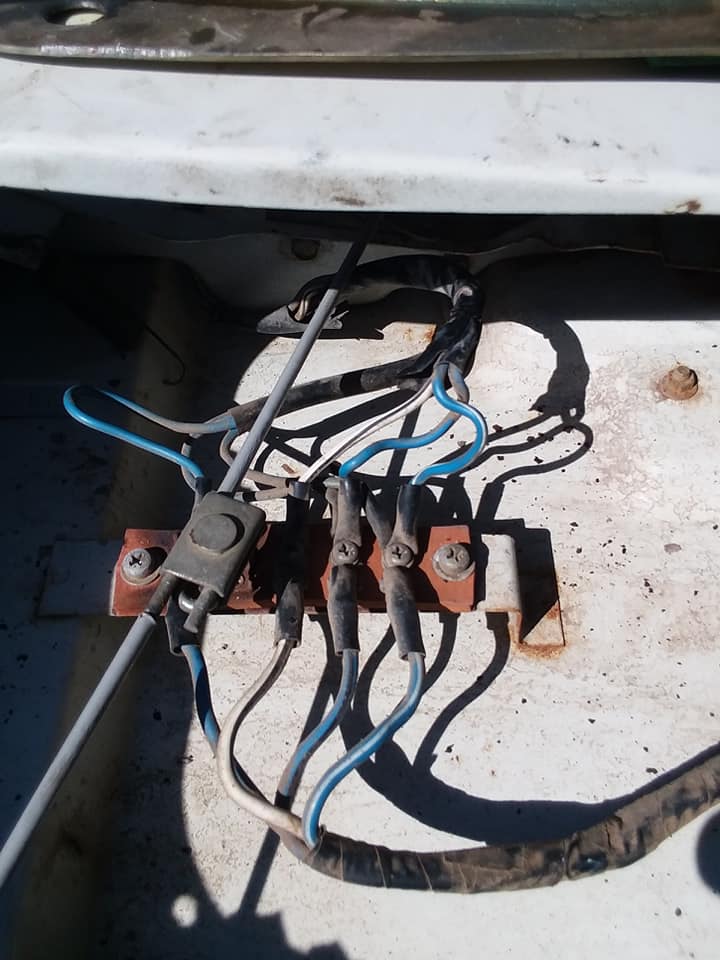 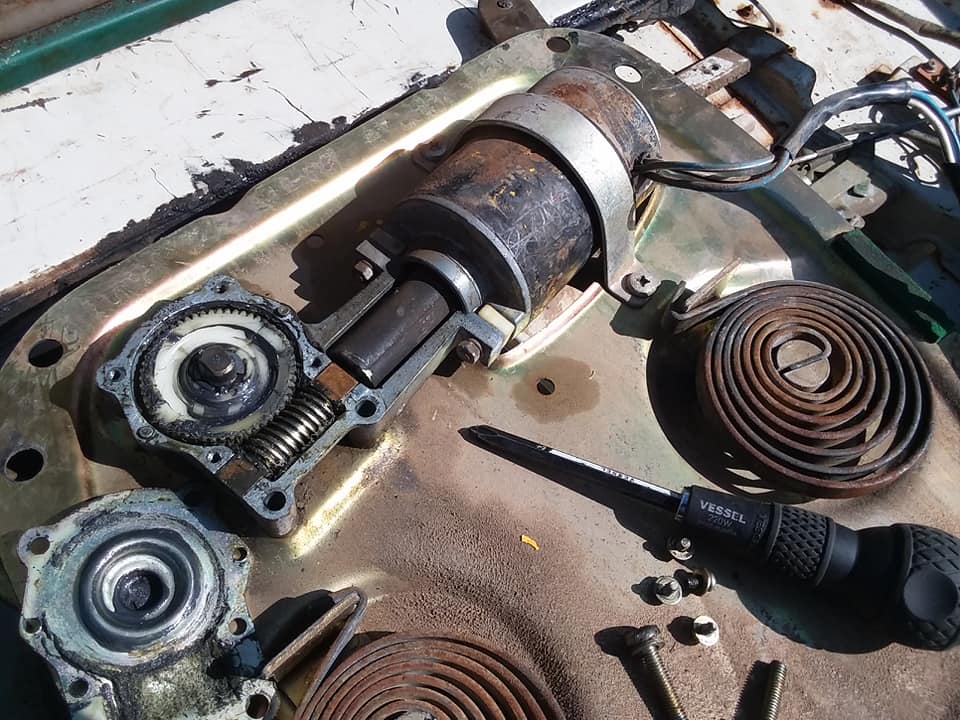 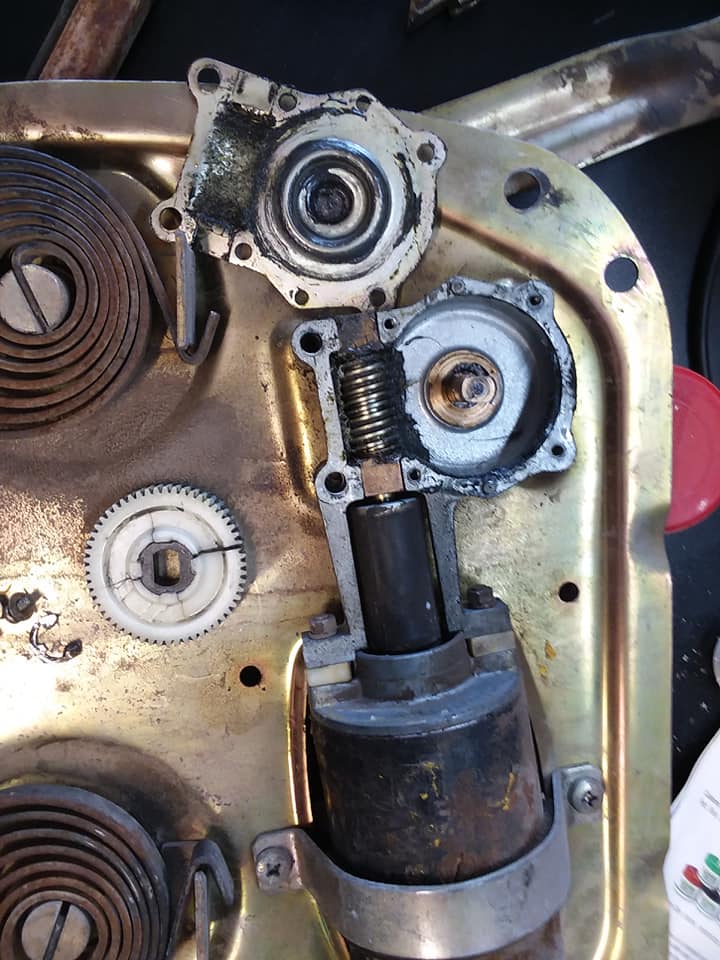 If @OldBeachBob wants to bring it to me I’ll machine his gear for you.

Not sure if it’s worth the trouble for you guys but thought I’d offer.

WarDamnEagle said:
SOR has both types in steel. IIRC they are $125 each.
Click to expand...


Looking at their site, it looks like $140 for the small slotted type and $135 for the one I need.
You must log in or register to reply here.