Did you check price for a Magnaflow cat?

fjc-man said:
Did you check price for a Magnaflow cat?
Click to expand...

I did this weekend. A local cruiser guy works at a place that can get them. A lot of outlets are not sending 49-state cats to Colorado anymore.

CruiserTrash said:
After reading a whole bunch of build threads I realized I had never done one. Seems like a rite of passage for Mud folks. So I'm gonna start jotting stuff down here, post some pictures, talk about all the ideas I've ripped off from this forum to keep the truck running. I don't know where this is going, but I'm doing it anyway.

Here's the thing .... My truck is kind of a piece of s*** but I still daily drive it anyway. This was somebody else's trash they were throwing away and I picked it up. I don't know if it's worth writing about and nobody asked for this. The repairs and modifications come in fits and starts, when I have the time, when I have the money, when it's an emergency. It doesn't seem very exciting to anybody but me. I become consumed with thinking about vacuum lines or electrical schematics or the air/fuel gauge readings vis-a-vis my latest carb tune. Really, it seems pretty insane to be so committed to something that causes me undue anxiety and that I'll never recoup any money on. I lose sleep over a goddam truck. What have I become? I'm almost 40, is this a midlife crisis? I've wanted one of these since I was about 15 so maybe it's just bad timing.

So why write about it? Maybe I do this rite of passage thing and see what's on the other side. I don't really know. Mostly I think I just need to get it all off my chest. There's such joy - and also fear - in where I've been with this truck, emotionally. If I shout it into the ether maybe I can go back to how I felt in my normal, pre-Cruiser life. Probably not though.

Case in point: I've had this truck since February 2020. I now own two other antiquated Land Cruisers. The money was out the door before I thought about it. "Oops, I have another truck"
(Both are for sale, ask me about them)

So what did I get myself into? I drove a sensible 2002 single cab 2.7/5spd Tacoma for 14 years. It had become far too small for a single dad, two kids, and a dog - and then I met the love of my life. Within 20 hours on Craigslist I dumped it and took the cash directly to a guy's house the next day to buy a Land Cruiser. I had been looking at 2nd or 3rd gen 4Runners because I knew them - I had a 94 when I was married, and aside from my former in-laws absolute disgust at the truck, I loved it and learned things from it. But the Land Cruiser popped up for sale. I saw it on a whim and was sold.

I told myself the rust was fixable, but I didn't know the first thing about rust repair. I didn't look at the frame before I bought it. Power choked out around 1800rpm on the test drive. I didn't care. The bad single stage repaint looked "fine" to me. 3rd gear was notchy, but I figured it would "sort itself out". It was loud and smelly. I didn't know how to turn a wrench beyond basic tune ups and suspension work. The price was right though ... or was it? I'm still not sure.

Here's the first picture I took of it. My son and I had picked it up about 15 minutes prior. I was more innocent then.

you get an emphatic thumbs up bro! for that intro paragraph

Still cold starting rough. I think something metal is damaged, creating a huge vacuum leak, then expanding and sealing itself once the truck is warm. @HemiAlex votes for intake manifold being cracked. FWIW, I do have a heat riser block off plate installed.

Anyway, other news .... picked up this alternator today. 65A 3FE alt guts inside of a 2F alt housing, with a new regulator on top. I took two spares I had to this old shop and let the guy have at it. Nice of him to paint it for me.

When I install it (maybe today), I'm going to also install a 4awg cable from B+ to Battery+, with an 80A maxi fuse in the middle. Stock, the alt charge wire is something like 16awg and passes through the even smaller fusible link. Not a very efficient way of getting positive current flow from the alt to battery, what with all the wire resistance and all.

The alternator shop guy gave the seal of approval on this. If you'd seen him, you would trust him took. Old school shop and it looks like he'a been doing the work for 40+ years. Wall to wall, floor to ceiling starters and alternators - that's all he does and probably all he ever has done. He even had a Denso sign next to the front door. 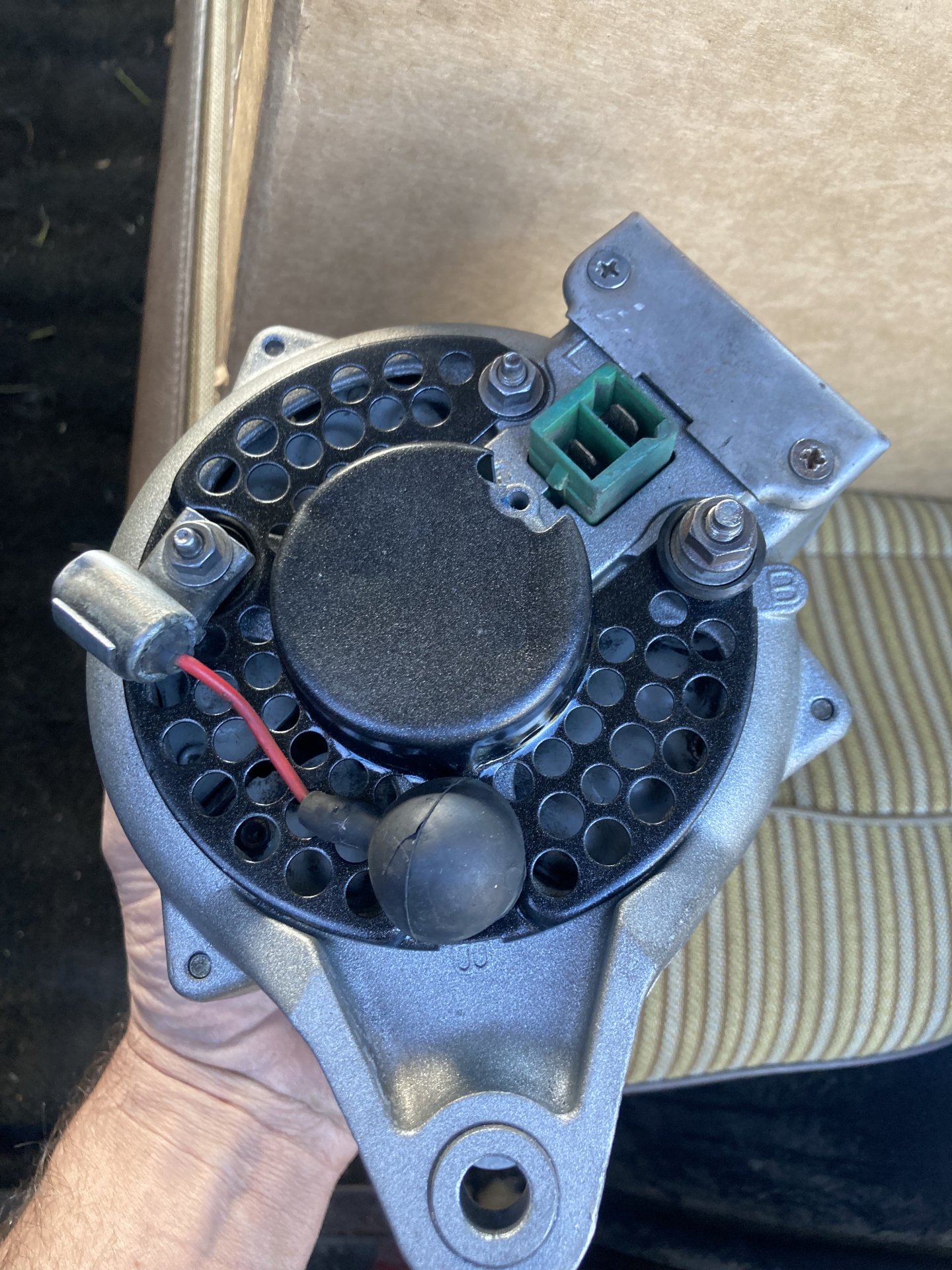 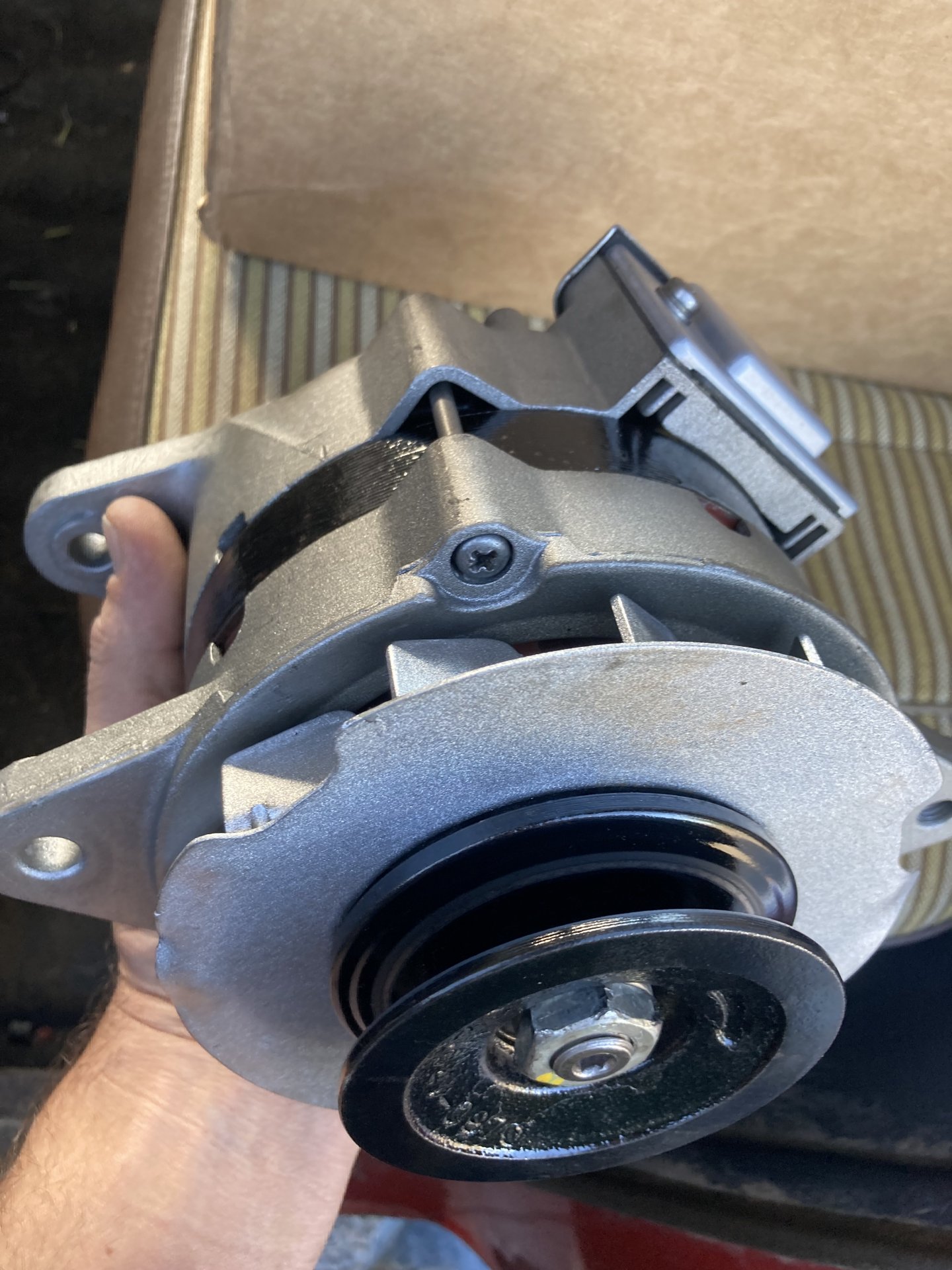 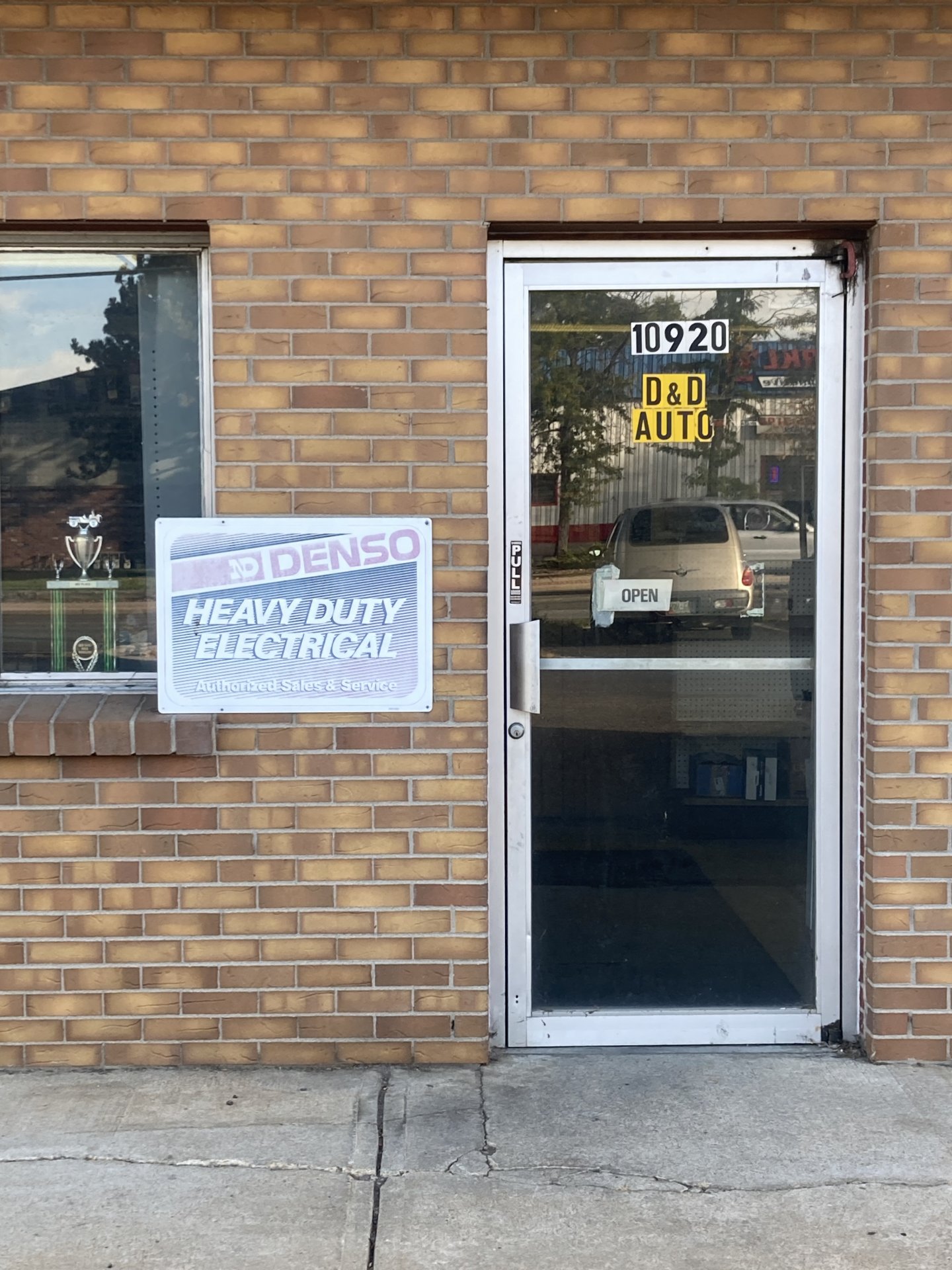 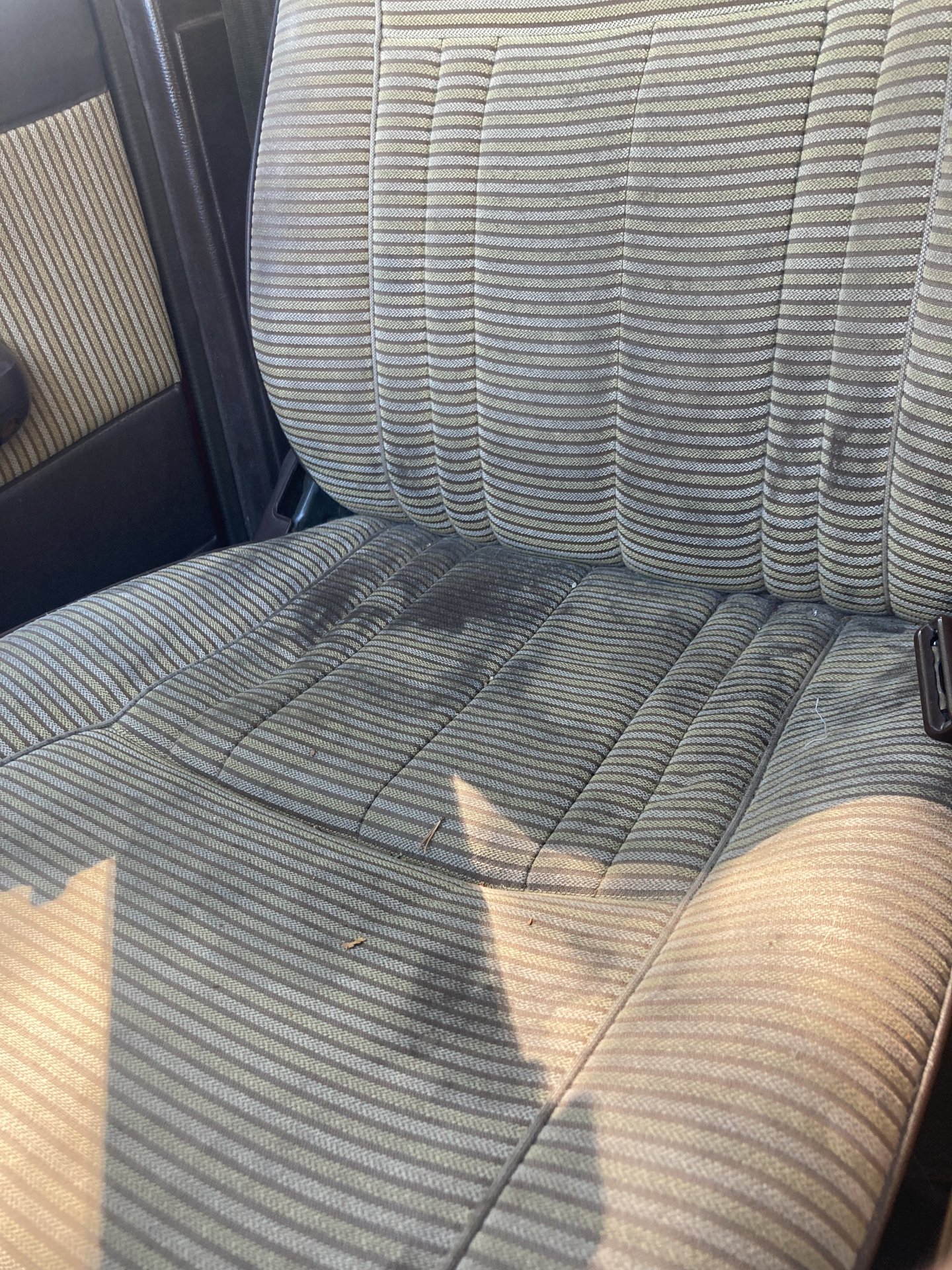 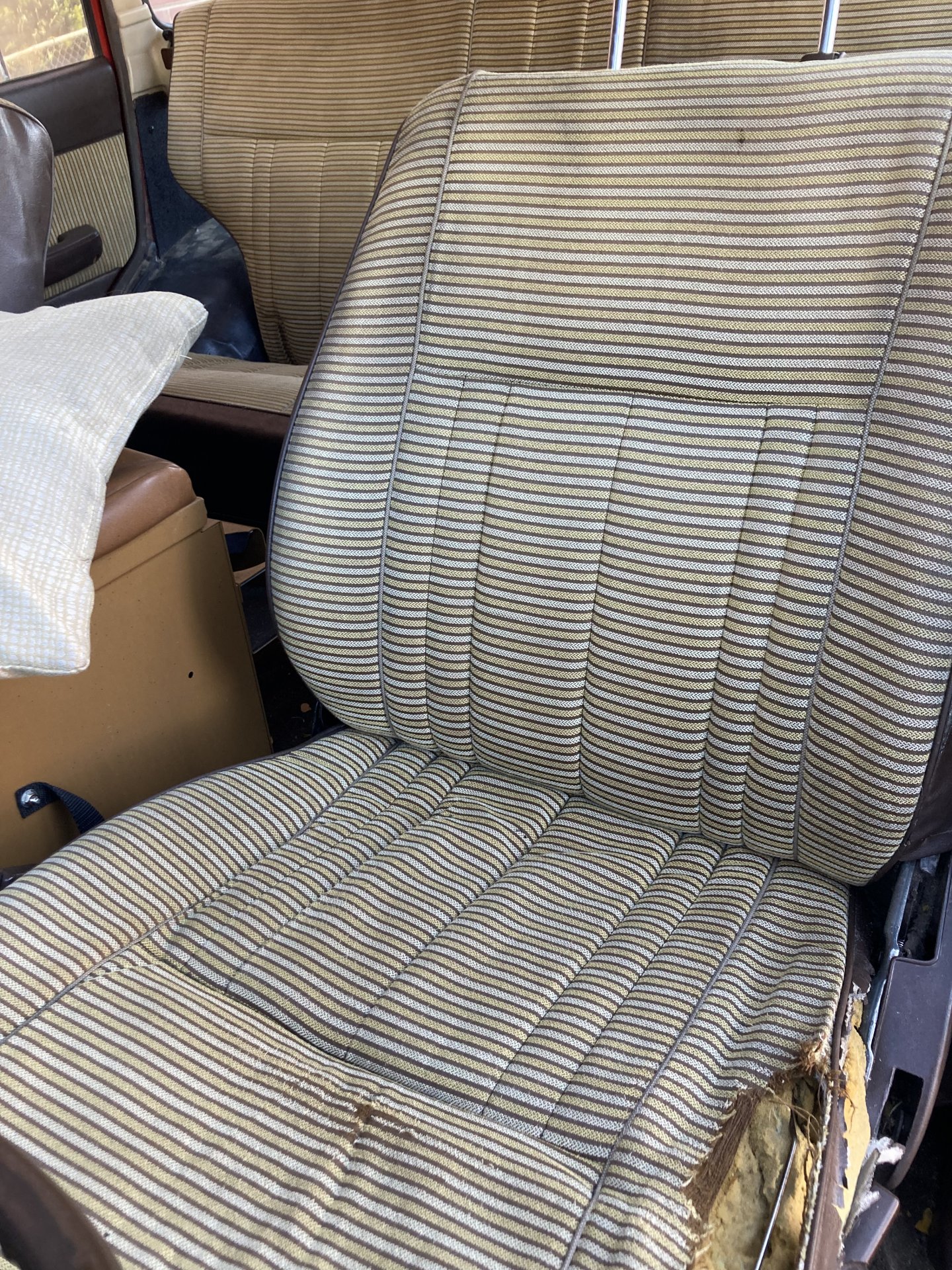 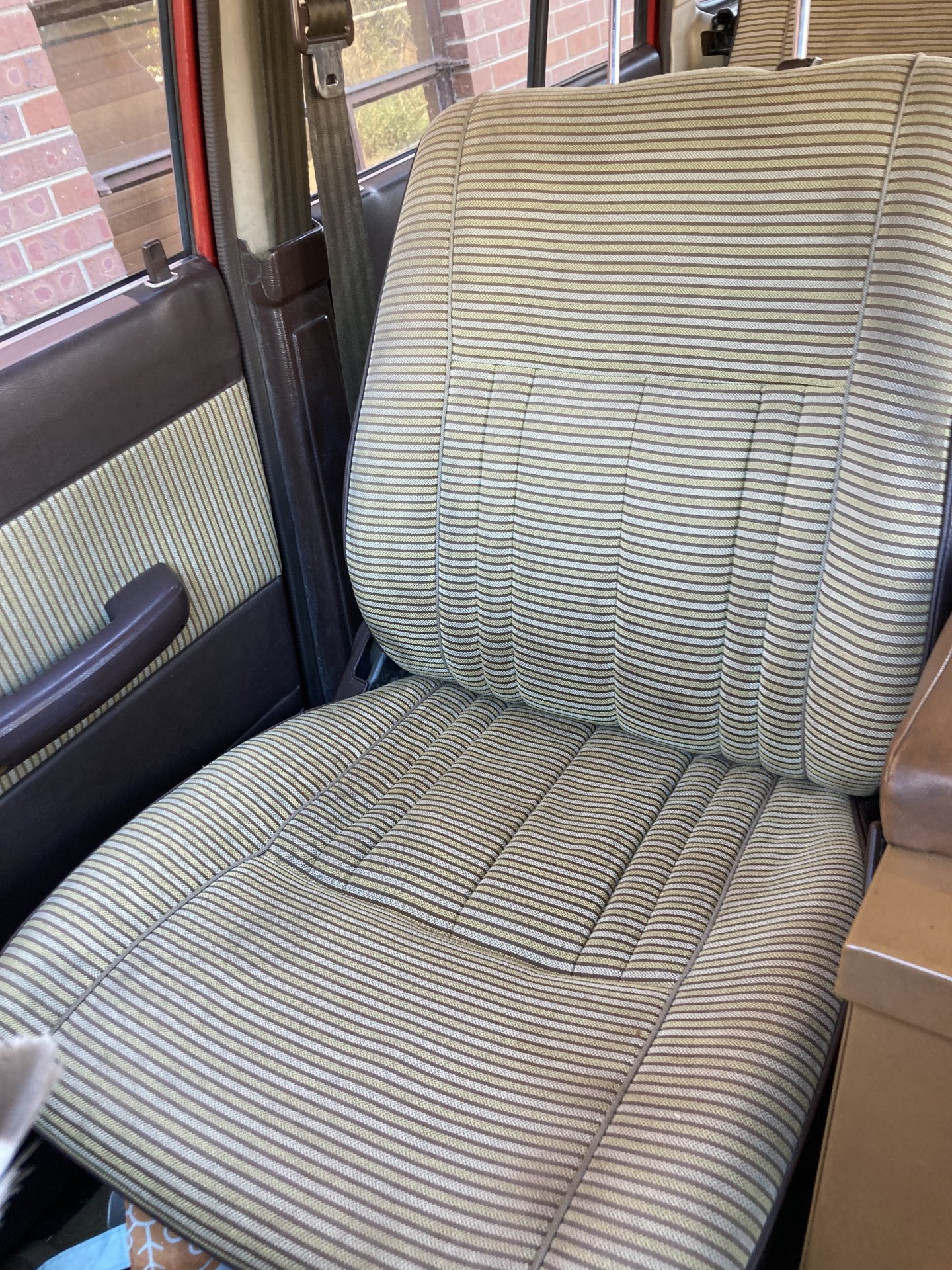 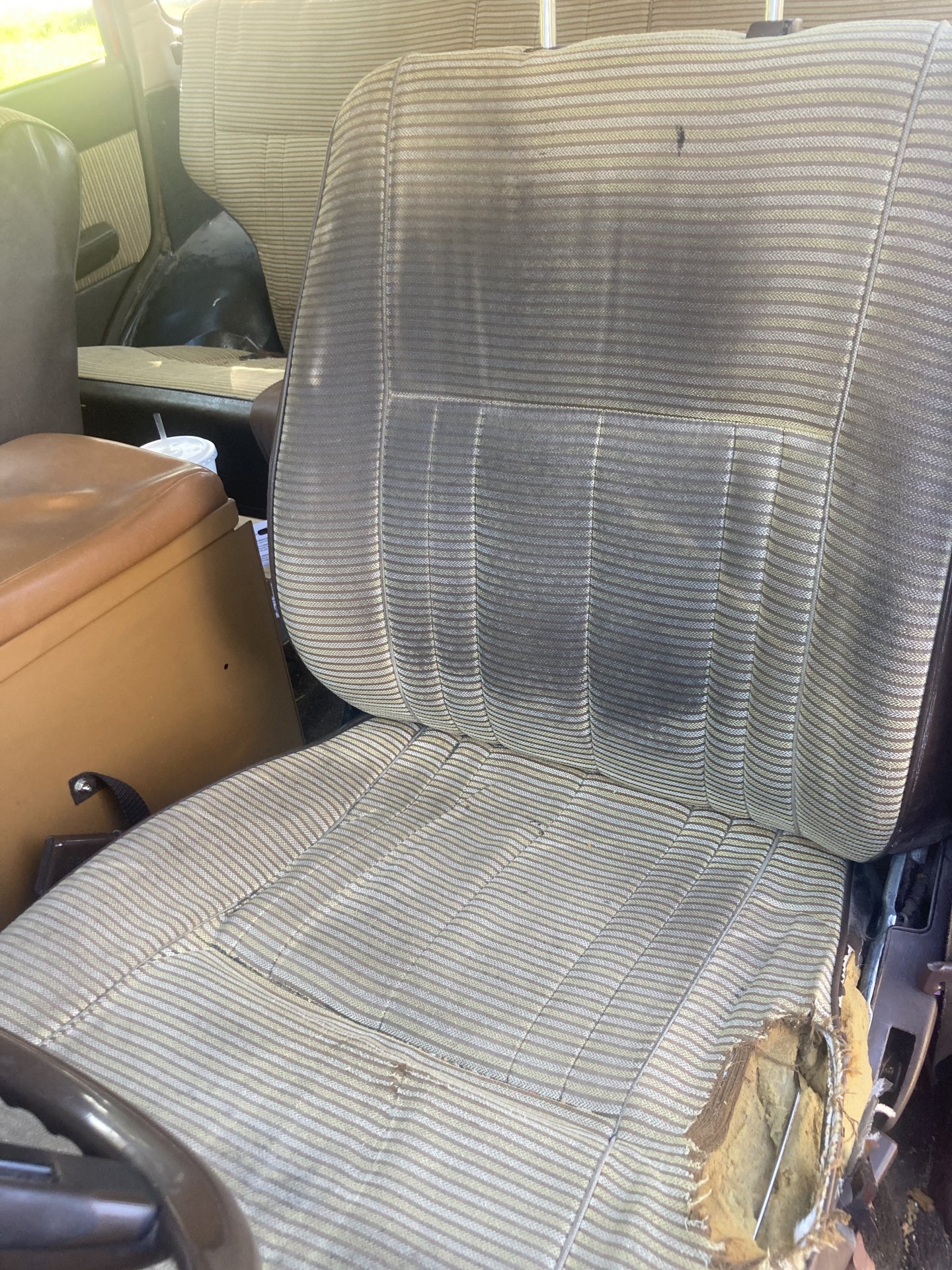 I also had the seats cleaned by a mobile detailer yesterday. A steam cleaner is not a tool I own or desire to own. The brush attachment for a drill was pretty neat though and I probably would have gotten a lot of mileage out of that. I took a chance hitting up a guy advertising on Facebook who had a cheap price - he turned put to be ok and not an axe murderer. Here's some before and after photos.

Great to know about D&D. I need to get my alternator reworked as well. Next time I am down on the Front Range I will have to swing in.

Awesome story bro. Yours sounds so much like mine and others on this form. Never-ending love hate battle. Can't remember how many times my FJ62 was listed on here, Facebook market, and Craigslist list. Still have it smh....
You must log in or register to reply here.