It don't get any better^^^....Nice work bringing it back from the edge of oblivion...

Sill work is amazing! I need one for my new acquisition have your grandfather fab one up for me too!

That's a cool project Jason, on several levels!! Enjoyed reading. I'll have to check it out in person after turkey season!

I have done a poor job of updating the build thread so I'll try to get caught up. With a house move in Jan. and a large remodel project underway for the past couple of months it has limited our FJ40 project time. However, while I was unable to work on the FJ40 I was able to put together a pretty nice tool roll. It all got started when I saw @Tanker120 thread here. Tanker did a fantastic job on the tool rolls and I was able to order most of the tools online from Japan and other online sources. 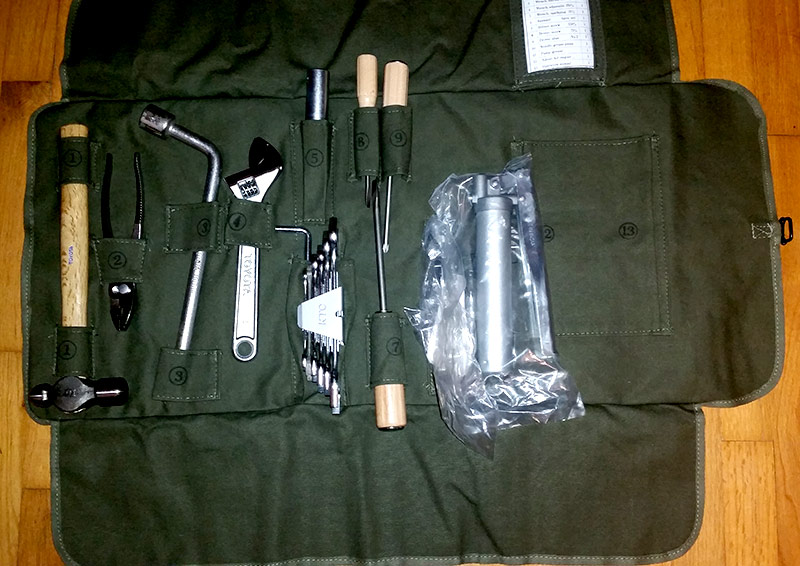 In the past couple of weeks we have made some progress. I have a goal to be ready for paint in 2 weeks. Probably very ambitious, but we might as well set a goal...

Entire body has been sanded and primed working on a final sand now. 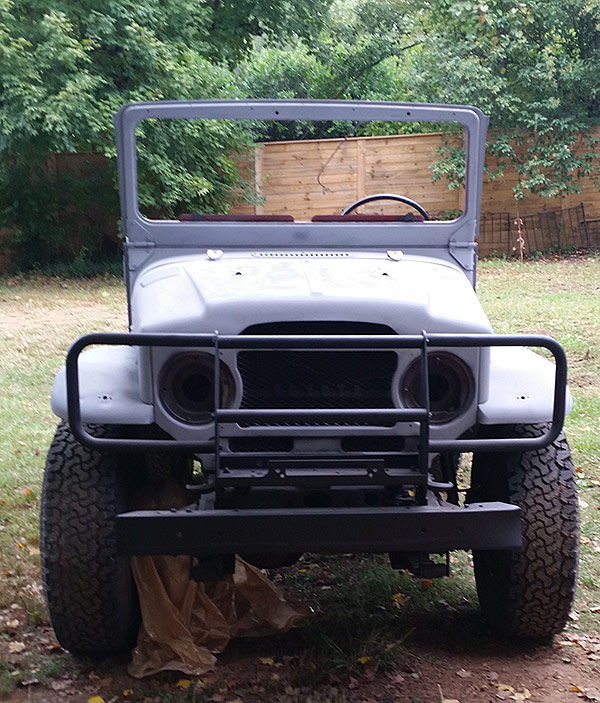 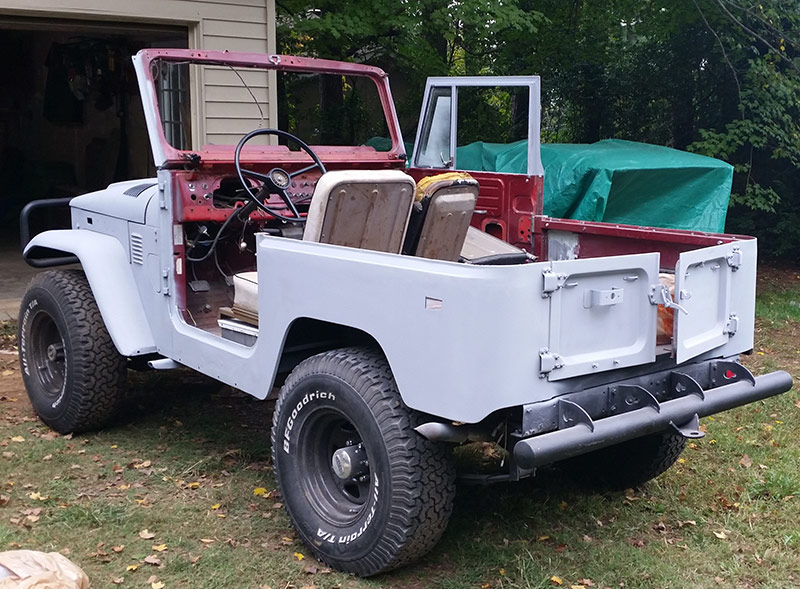 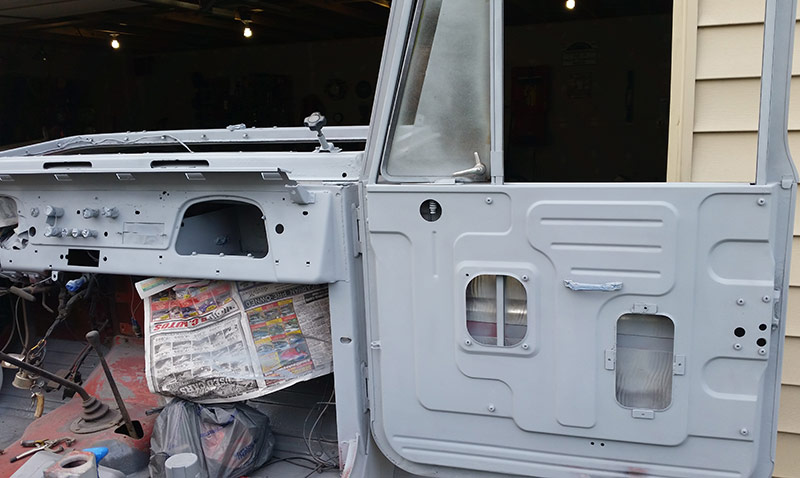 I used an etching primer for the tub as we are going to spray tintable Raptor Liner on the tub. You can also see I added some sound deadening strips to the inside of the doors. I decided to try Peel & Seal from Lowe's. It's much more cost effective than using Dyna Mats. Which I have used in the past, honestly I do not believe there is enough difference from a decibal level to pay the extra $$. 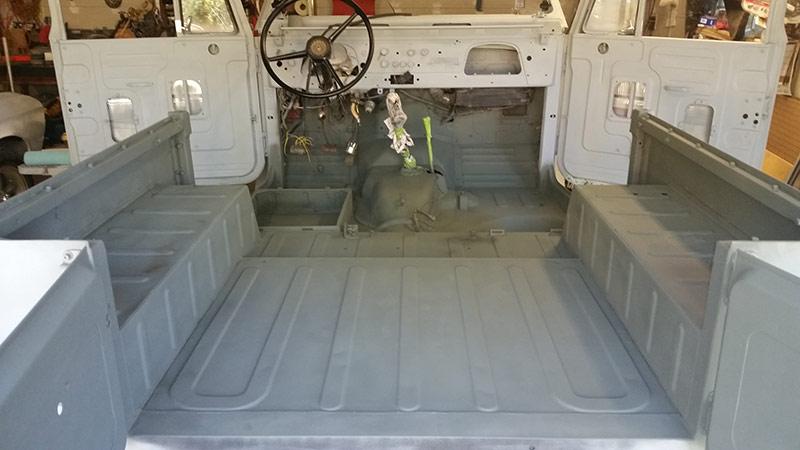 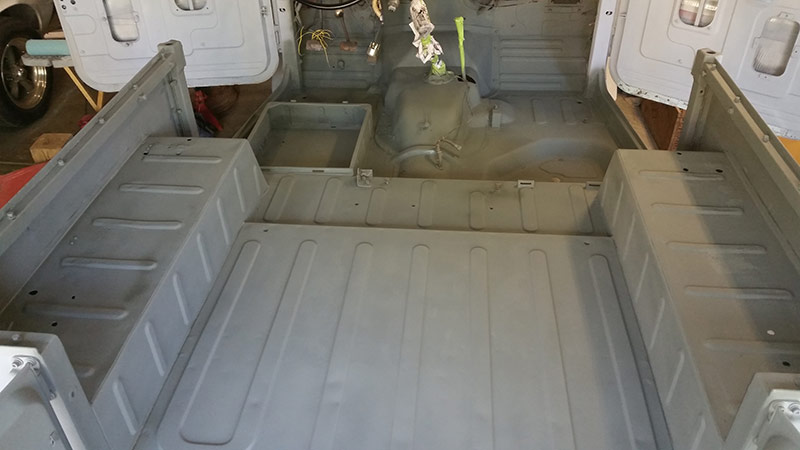 Looking good Jason, what color did you settle on?

Thanks Chris, I decided to go with a low gloss color called "Wool Grey", which is similar to "Ares grey". Certain pieces i.e.(bumper, roll bar, brush guard) will be satin black. 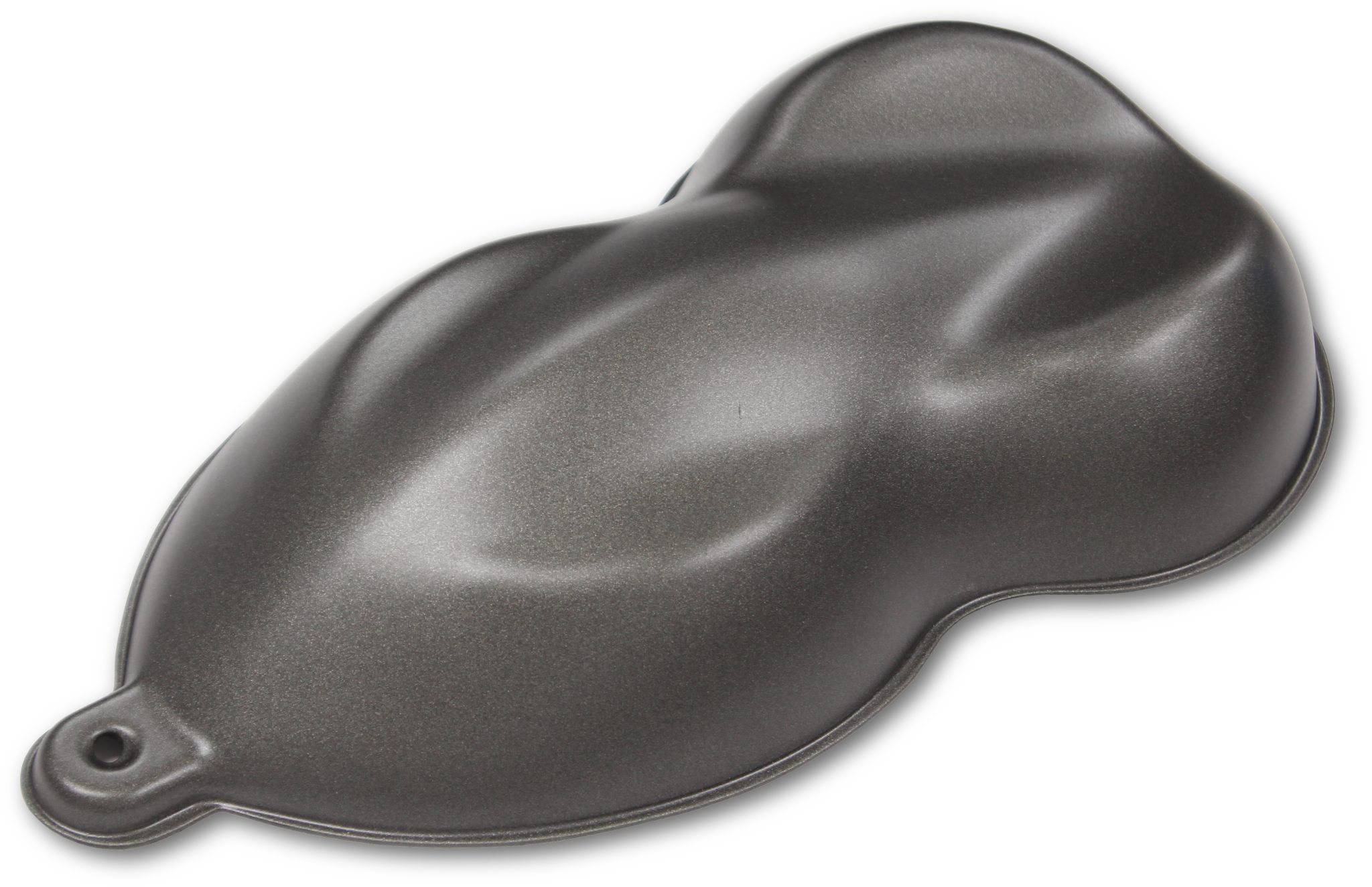 Inspired by one of my favorite Cruisers on the road Sackwear's killer rig (see below). Although they used a Porsche color. 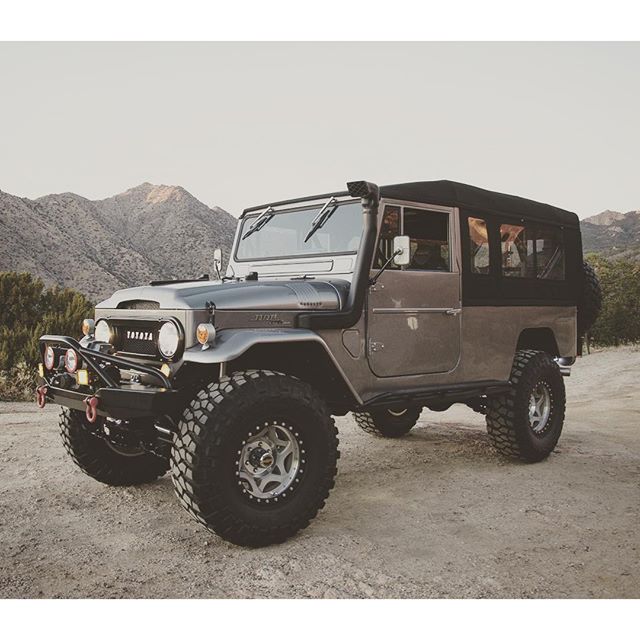 Thanks for the update,nice to have some old timers to share knowledge and experience.
So,the color is similar to the Icon rigs?

We were able to spray the tintable Raptor Liner on the tub last week and I am thrilled how it turned out. We are planning to spray the body with paint tomorrow. 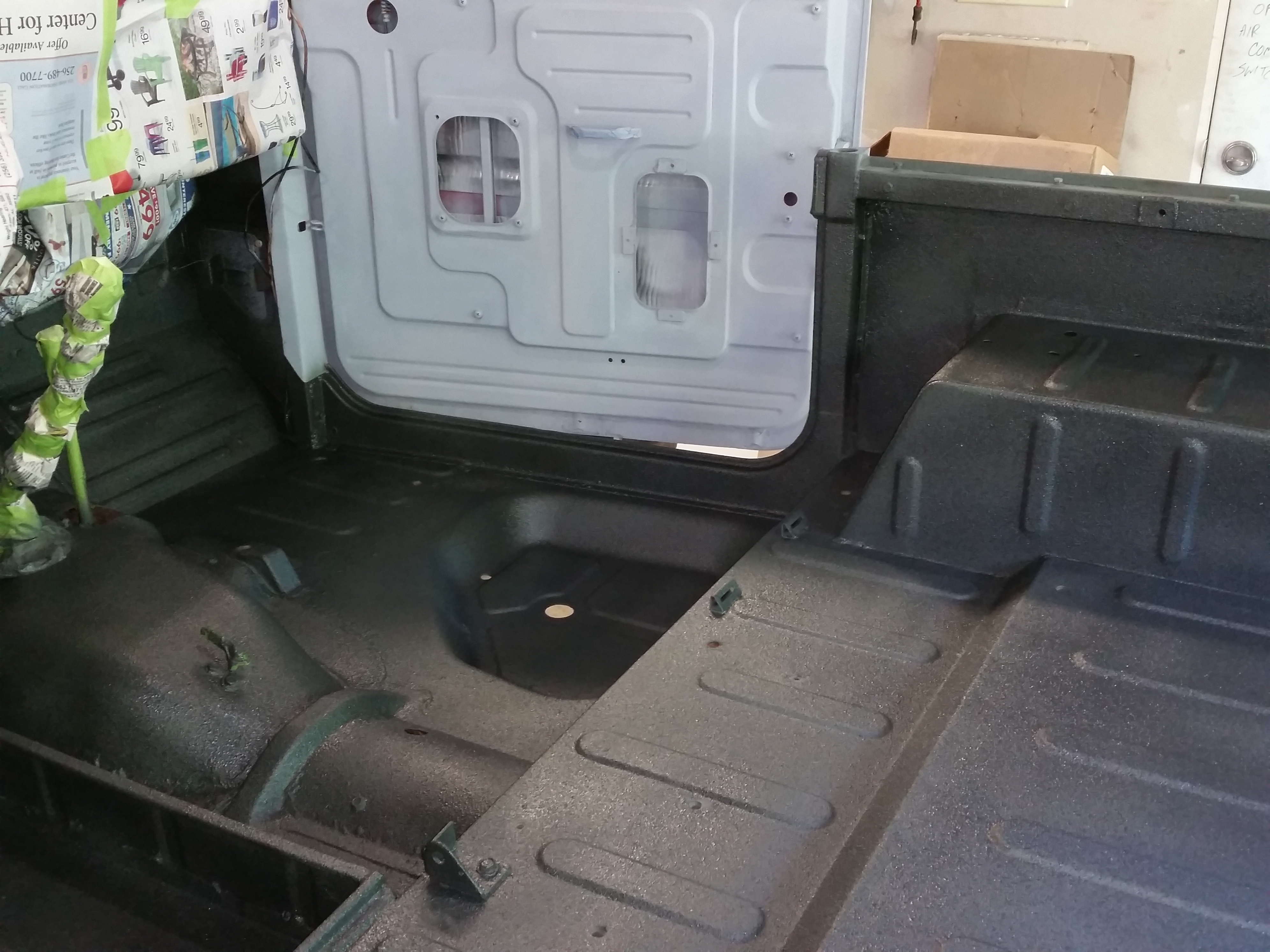 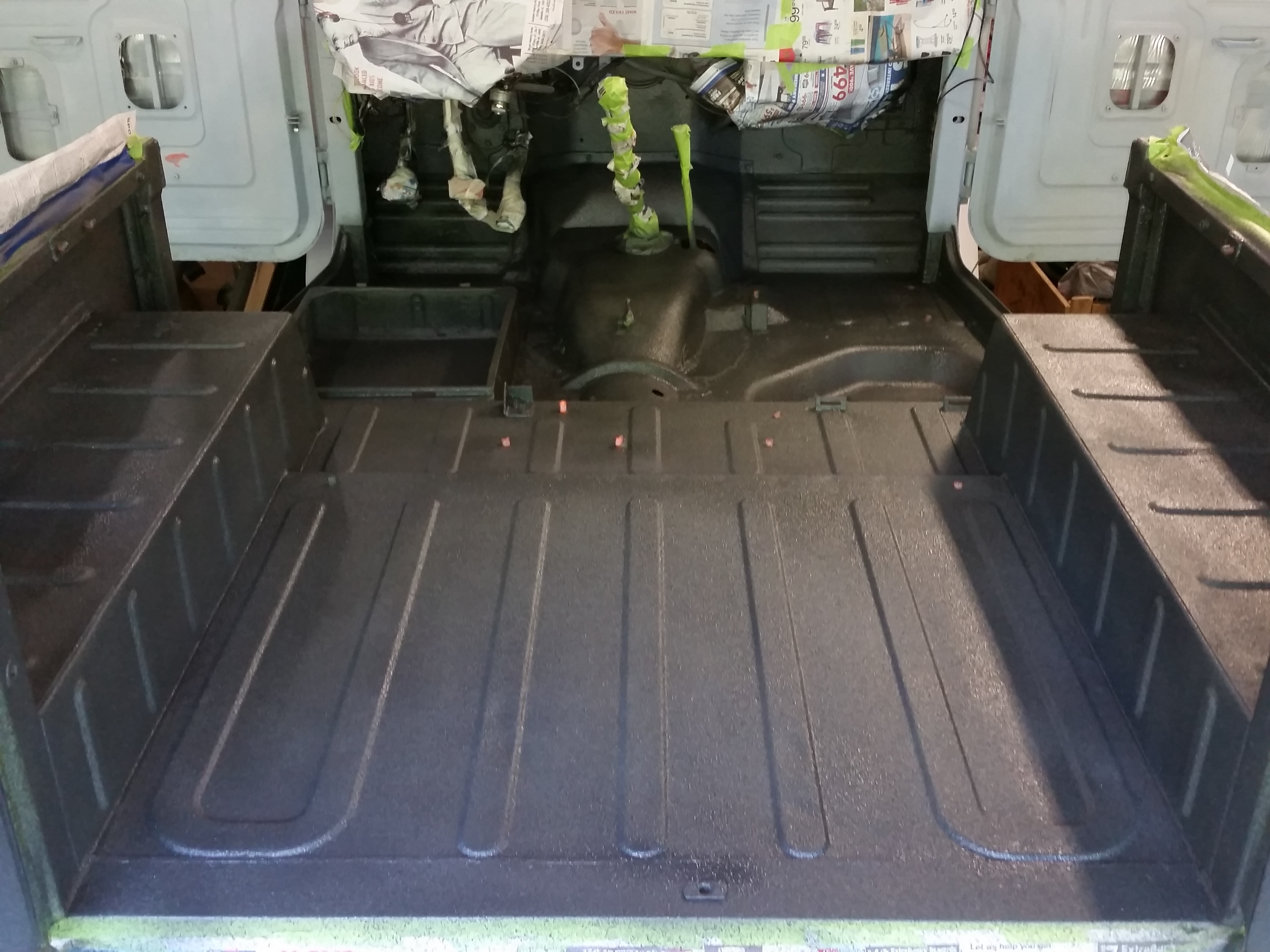 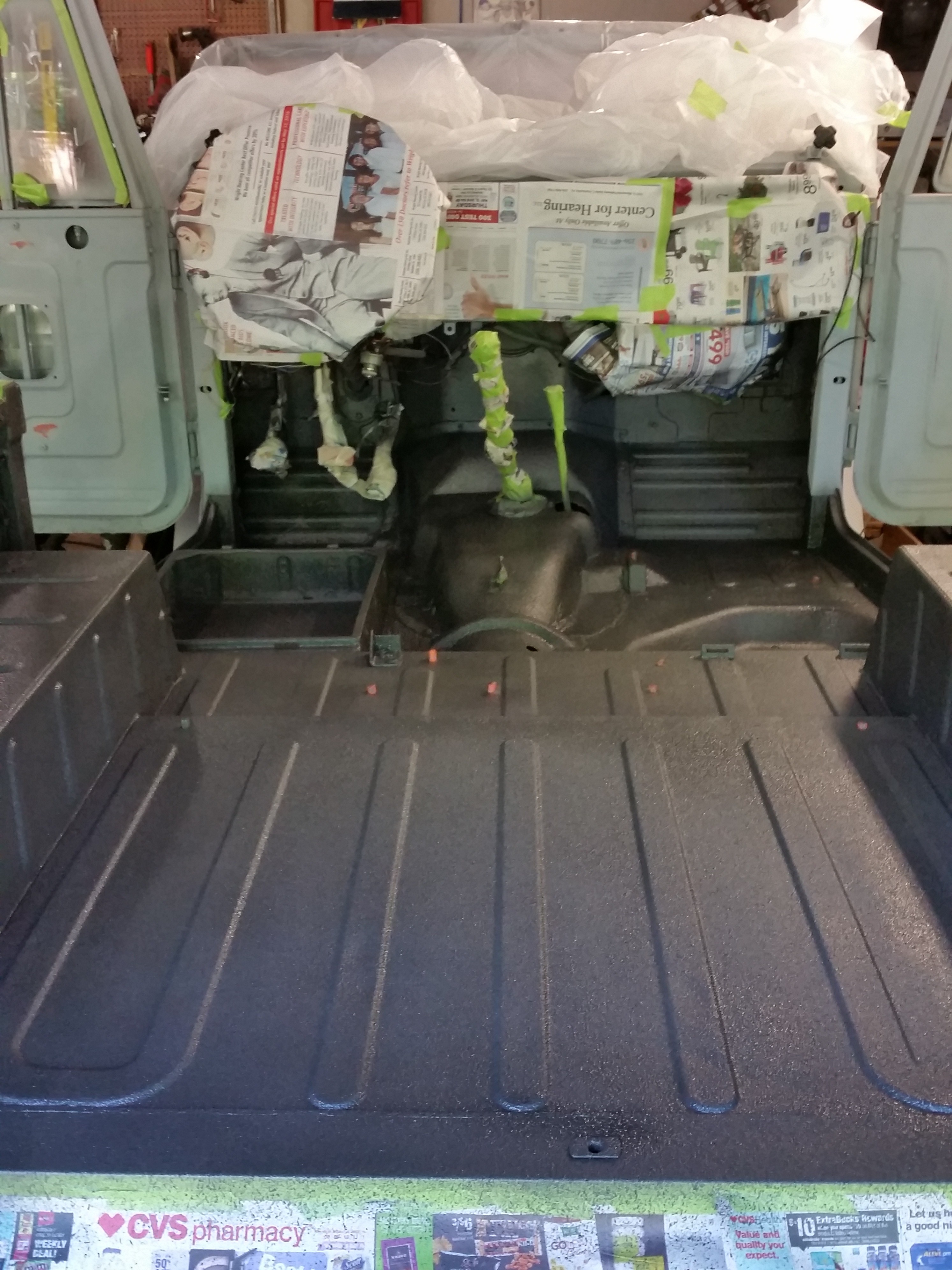 Big milestone today, we finished the makeshift paint booth and was able to spray the FJ40. Could be more happy with the results, thrilled on how it's turning out. The color is exactly what I wanted, low luster, dark grey paint called Wool Grey. 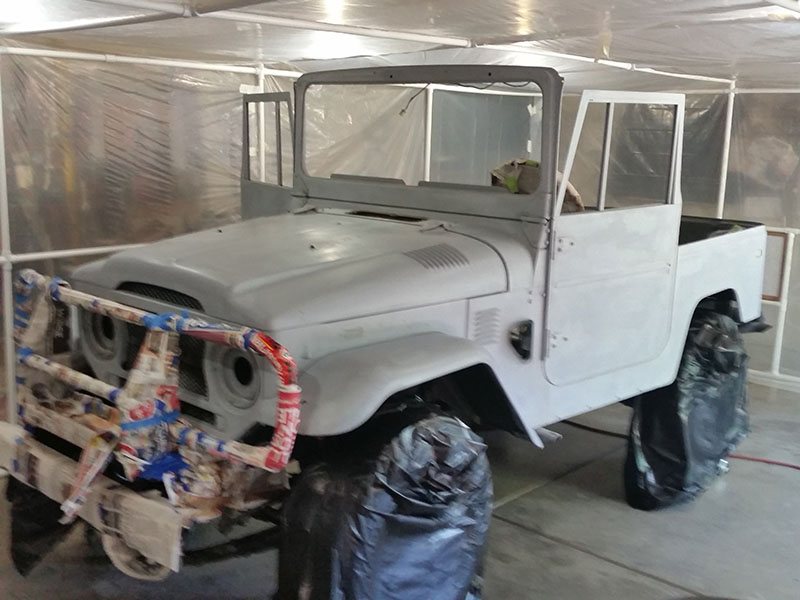 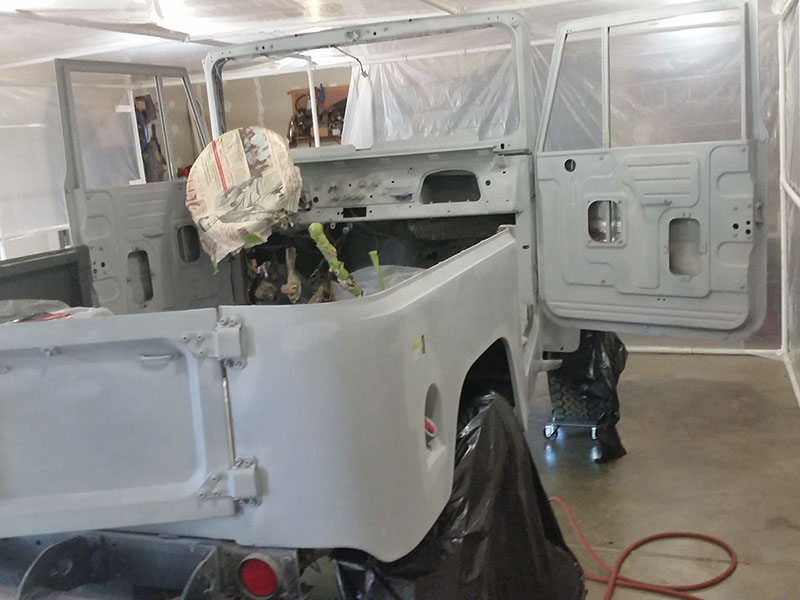 After several light coats of paint. 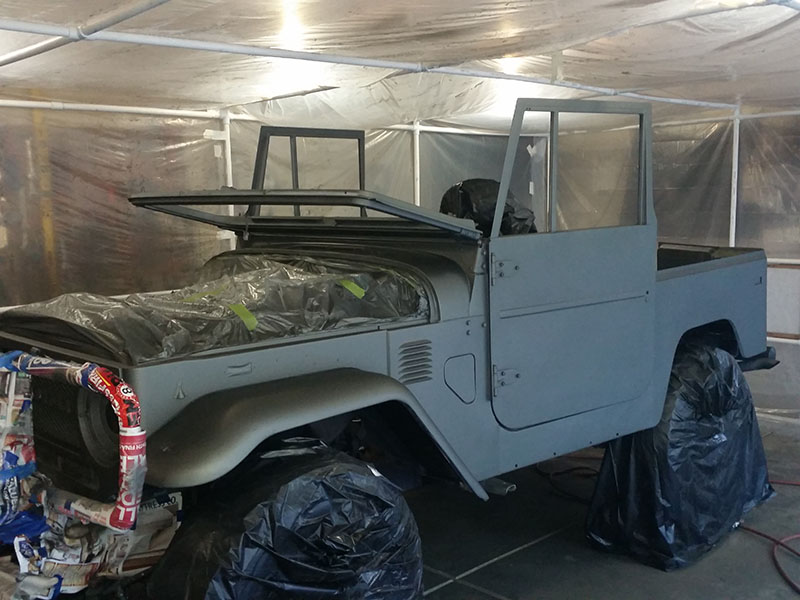 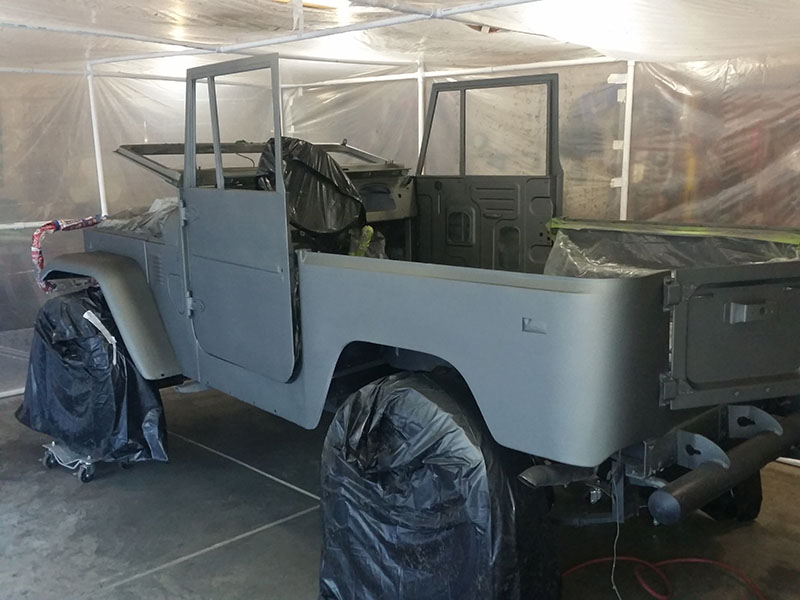 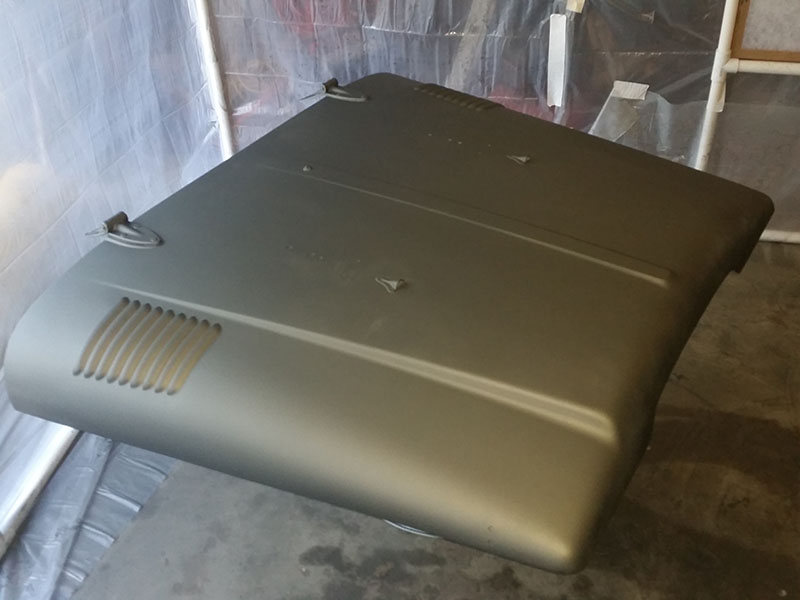 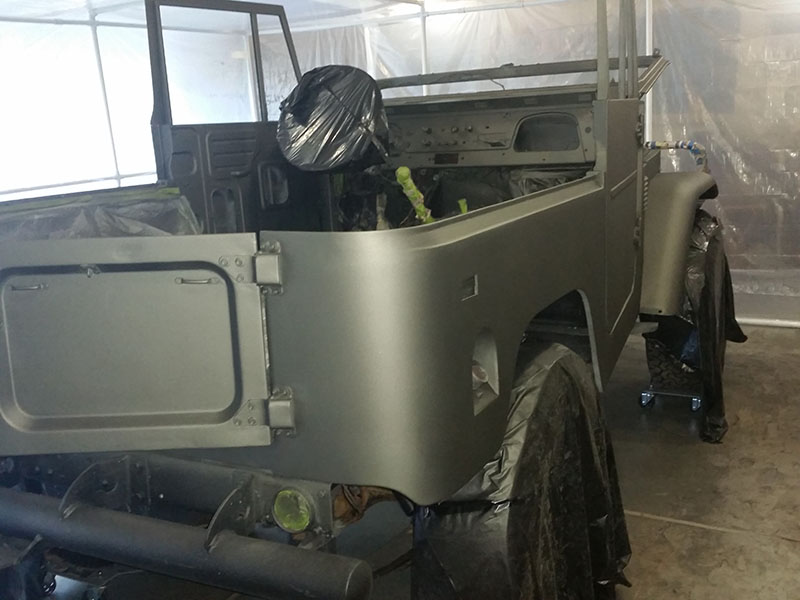 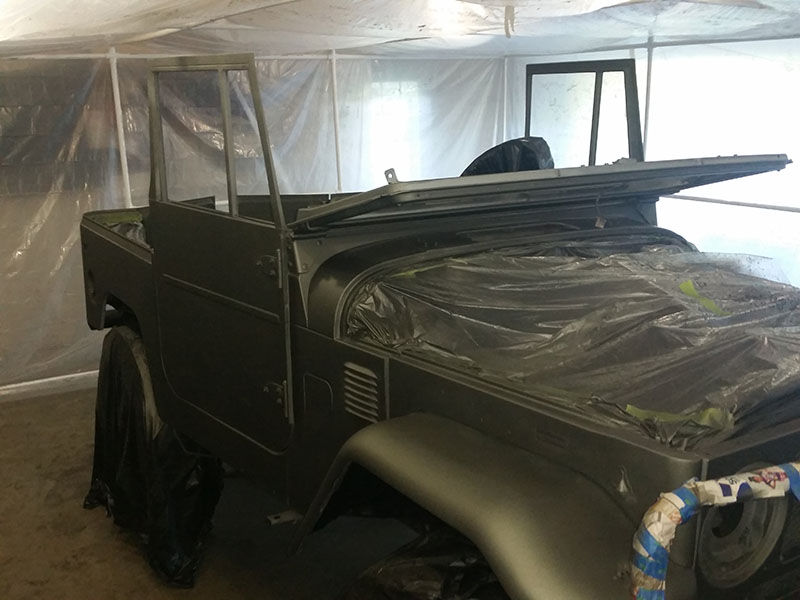 Looks amazing. I can't wait to be there myself.

That would be terrific Jason! At the current rate of speed my body man is going I'll have all of the 45 sheet metal back by then. Not that I will have it assembled by any stretch of the imagination. 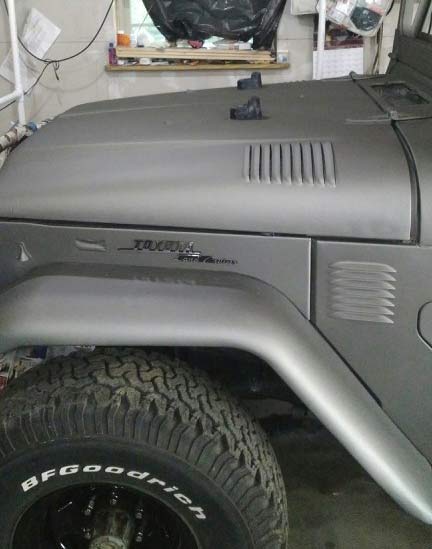 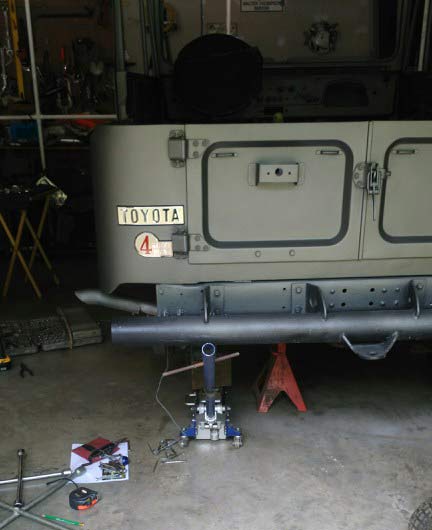 Nice work! You have made a ton of progress in the last 18 months.
You must log in or register to reply here.