Nice!! I saw the one at the LCHM in Salt Lake this past September and was infatuated with it. It is like the little brother of the LV with ambulance doors! Glad you started a thread. I will be watching! Curious, how many people were bidding on the 28?

Good question. I have never even been at an auto auction myself but I saw this thing and I’m local so I took it as a sign. My time with my LV was God’s way of preparing me for this project I expected it to go higher actually. I think towards the end it was just me and one other person Who may have been bidding from the phone but it goes so fast and it’s so stressful it’s hard to know. I figured FJ Co or someone would blow me out of the water.
60 FJ28L - "Project Lara"
61 FJ25 FHT - "The Warden"
66 FJ45LV - "Capri"
60 FJ25's - "Ebony & Ivory"
J

scoobiedubes said:
While I was at Barrett Jackson today I took a closer look at the LV that sold yesterday and noticed I’m missing these pieces on the rear latch. Mine just has two screws on the top part and the little thumb piece that moves on the bottom part. Anybody have any of these they’d be willing to loan out for me to reproduce? 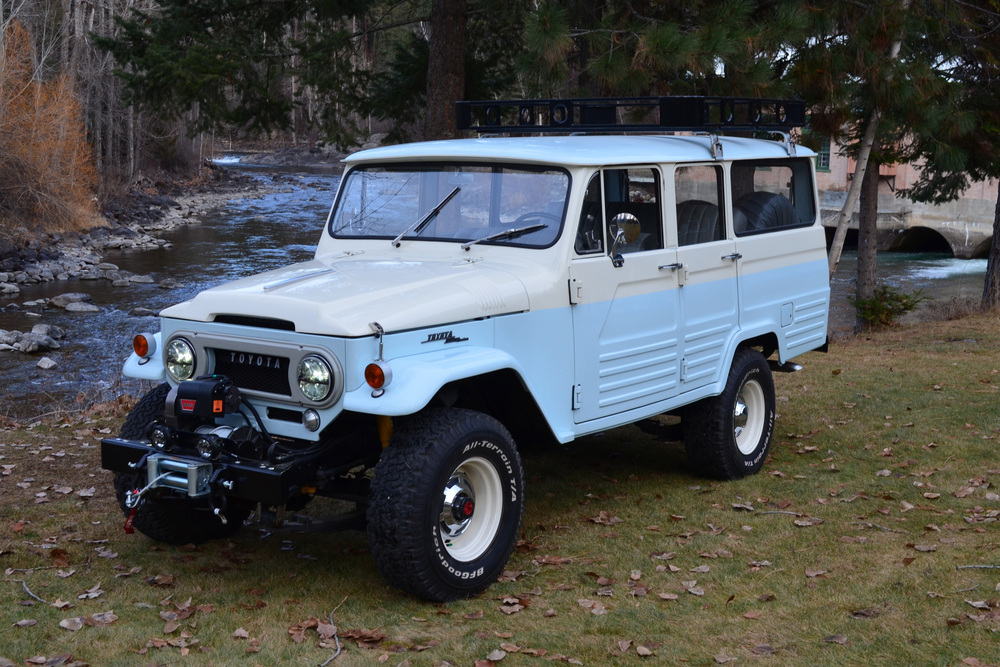 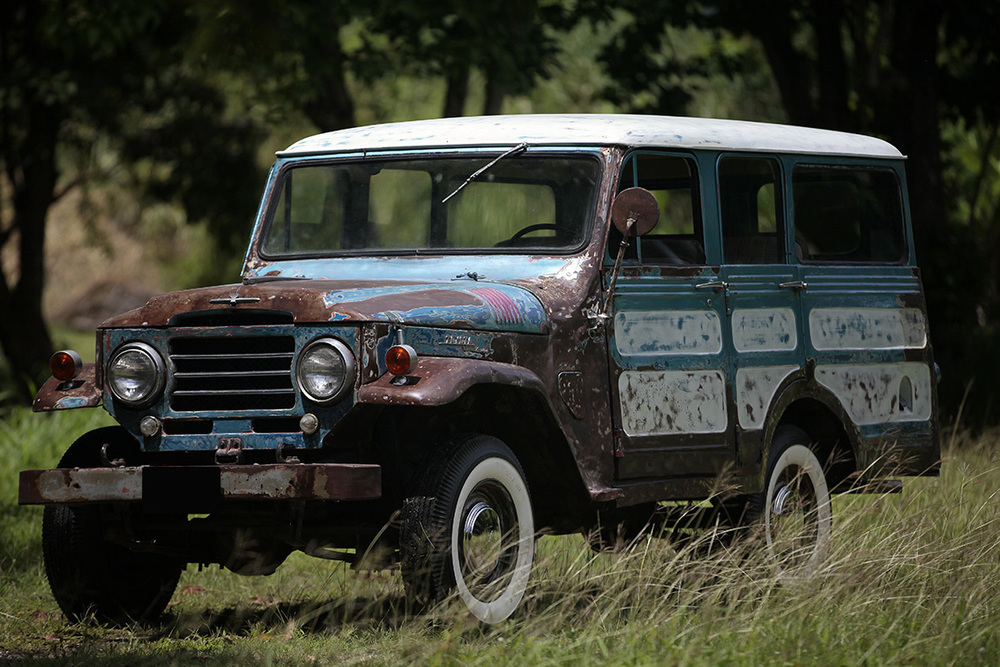 merbesfield said:
That part looks like it would be a good candidate for 3D printing.
Click to expand...

Got to work early Nathan and read though this thread from the beginning. You've really done excellent work on cleaning up an already beautiful LV. Hoping when I get my body back it looks as good as yours. At the moment it's Swiss cheese. I do see how this LV prepared you for the 28. Really looking forward to seeing that build through. Talk about a Cruiser collection. You've taken all of the heat off my back with the Mrs. I'm kidding, she loves 'em. I'll keep you posted on the tranny delivery and I'm sending the mudflaps in a separate box with them.
Saline Valley Desert . . . Home Sweet Home

Land Cruiser Junky said:
Got to work early Nathan and read though this thread from the beginning. You've really done excellent work on cleaning up an already beautiful LV. Hoping when I get my body back it looks as good as yours. At the moment it's Swiss cheese. I do see how this LV prepared you for the 28. Really looking forward to seeing that build through. Talk about a Cruiser collection. You've taken all of the heat off my back with the Mrs. I'm kidding, she loves 'em. I'll keep you posted on the tranny delivery and I'm sending the mudflaps in a separate box with them.
Click to expand...

Thank you Gene very kind of you, in hindsight this one was a drive through car wash compared to the 28! But the research needed definitely did prepare me for it. By far the best resource for these cruisers is this forum though. I can already tell your LV body is going to look better than mine, they’re doing it right - no shortcuts to good body work.
60 FJ28L - "Project Lara"
61 FJ25 FHT - "The Warden"
66 FJ45LV - "Capri"
60 FJ25's - "Ebony & Ivory"

Thanks. Going by the body shop on my way home from work today. Will post up some pics tonight.
Saline Valley Desert . . . Home Sweet Home

Well, with the weather cooling off here in Phoenix finally past few months I decided I should start driving the LV more. And the more I drove it the more I wished for POWER! The F135 isn't one of Toyota's best, after having pretty much all 2F's in my cruiser history it this F135 and the extra weight on the LV always leaves me wanting more. I decided since I'm going to keep this one forever (hopefully) I'm just going to get everything I can out of that engine. So over the next month or two I'm going to be installing the following pieces I've been slowly collecting the last few years for this inevitable day:
The air cleaner part of it will be tricky I think with the Sniper kit, hoping to retain the stock air cleaner or perhaps a later model one somehow.

Main thing is I want to a) improve performance and b) do no modifications that aren't bolt-on and easily reversible if I ever wanted to take it back to stock (I'll keep all the original parts of course). Previous owner removed the 3sp and put in the current 4sp, which is leaking like mad and may need a rebuild anyway. So rather than putting more money into that non-stock 4sp, I'll just do the H55F upgrade now and optimize it as much as I can.

Don't think anybody's ever gone to this extent to add power to the F135 so it should be interesting to see how she drives after all is said and done! Also going to install some 60 series brake booster and master.

Talk about project scope creep! When you love a cruiser... 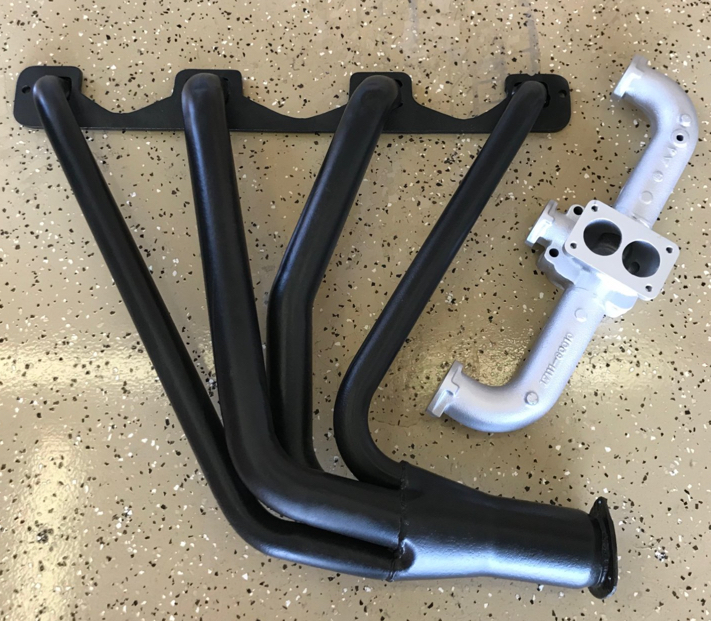 Oh and I've also got a set of those rear hatch hardware "catches" on loan from @Tancruiser right now to reproduce so my hatch can stay shut! The machinist that's making them wanted to make several sets to make it worth his time, so I'll have some spare sets to sell if anybody needs some. Guessing I'll be sitting on those for years, can't imagine there are many other folks that need them but I sure do. 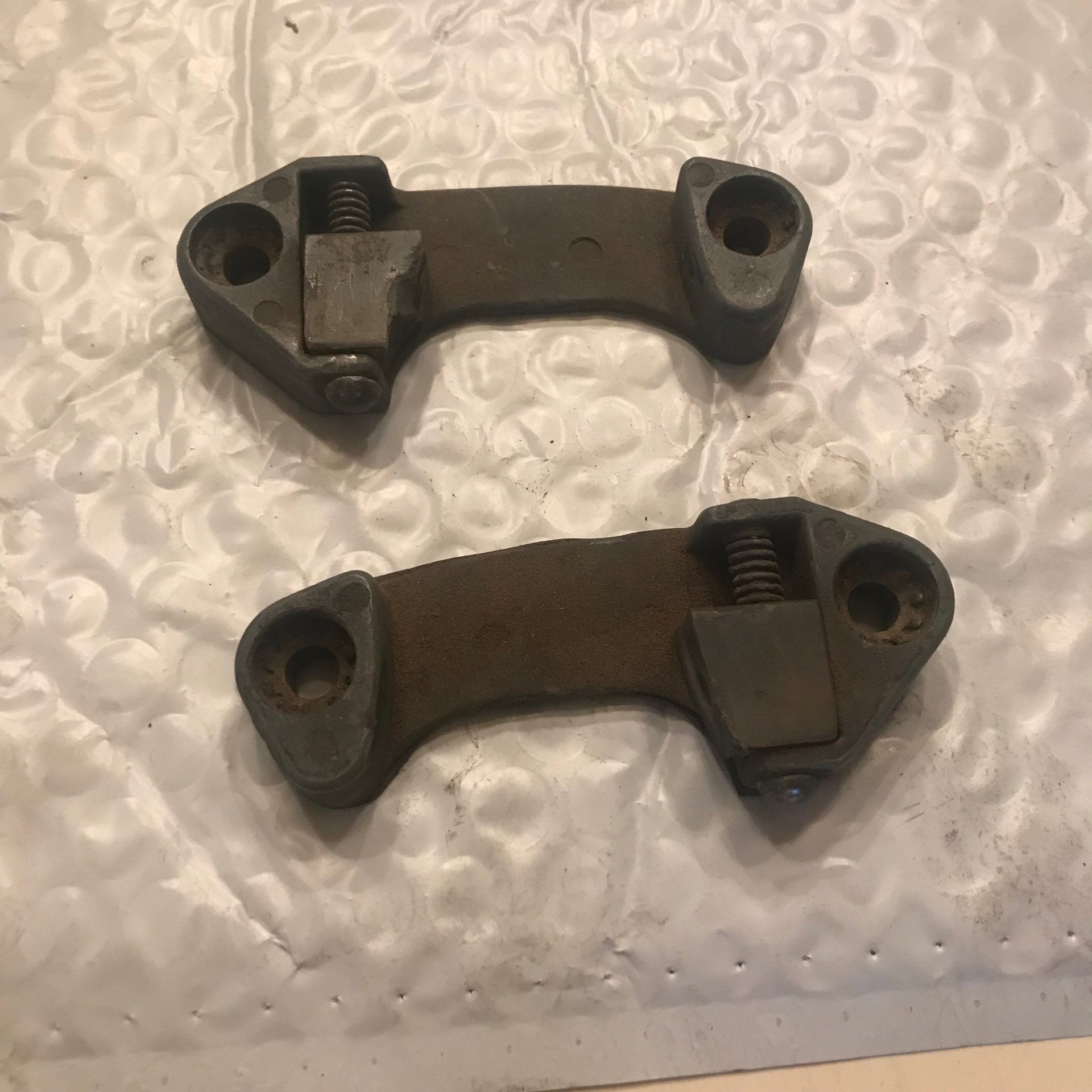 wngrog said:
Check out the thread @thecrazygreek posted on mating the small bore Sniper to the stock air cleaner.
Click to expand...

@thecrazygreek 's thread is what really inspired me on the Sniper, sounds like the way to go! The only downside about what I'm doing is it will be hard to tell how much of an improvement any one of these items gives me. Not much of a "controlled experiment". But it makes sense to do them all at once and be done with it.
60 FJ28L - "Project Lara"
61 FJ25 FHT - "The Warden"
66 FJ45LV - "Capri"
60 FJ25's - "Ebony & Ivory"

wngrog said:
It’s going to be an upgrade. Zero doubt. Every truck I’ve installed one on made it a new vehicle
Click to expand...

I'm excited about the results, I just meant what % of the improvement will be due to the sniper vs the header vs the 2BBL intake vs the 5sp will be impossible to decipher for anybody else thinking about doing one of them. Not much of a “controlled experiment”. I would think the sniper will make the biggest difference of all those things though.

Whatever the outcome, the vintage 2bbl intake is a really cool vintage "hot rod" piece.

middlecalf said:
Just for my edification, with the early two barrels, are they one barrel primary with secondary barrel or do both barrels act as primary? Great to have the option to choose between old school cool and new school functionality.
Click to expand...

I’m not an expert but appears to me both are primary. The Toyota FA truck (link) used the exact same F135 engine but Toyota made this other intake to allow them to use a 2BBL carburetor for additional power on those huge work trucks. I have to imagine they were still slow as molasses but I love that bezel!

I found an FA truck brochure at one time. I’ll try to dig up some pictures but I believe it was in Japanese so might not be much help for info

FWIW there is one of these 2BBL intakes on eBay right now. It’s been on there a long time because it’s pretty pricey.