With the goal in mind of driving it into the garage, I have removed the AFI throttle body and distributor. Plan is to install a stock distributor and a carb, not sure if they’ll be permanent but it should work for now.

Got a distributor from my parts stash. It’s a 75-77 2F with vacuum retard, so not ideal but it should work, at least for now. The thing was dirty and the retard function seized so I dismantled it for cleaning. 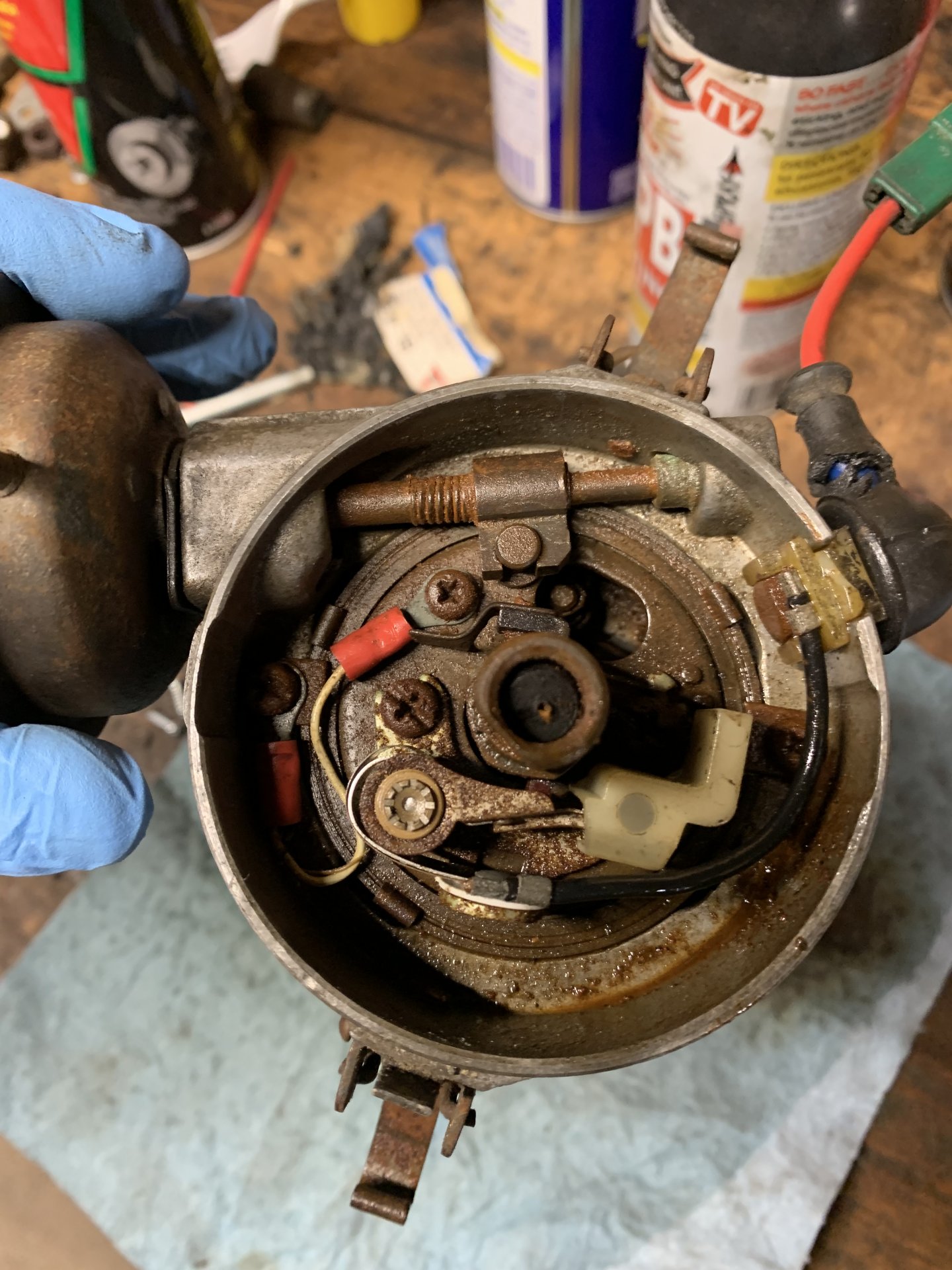 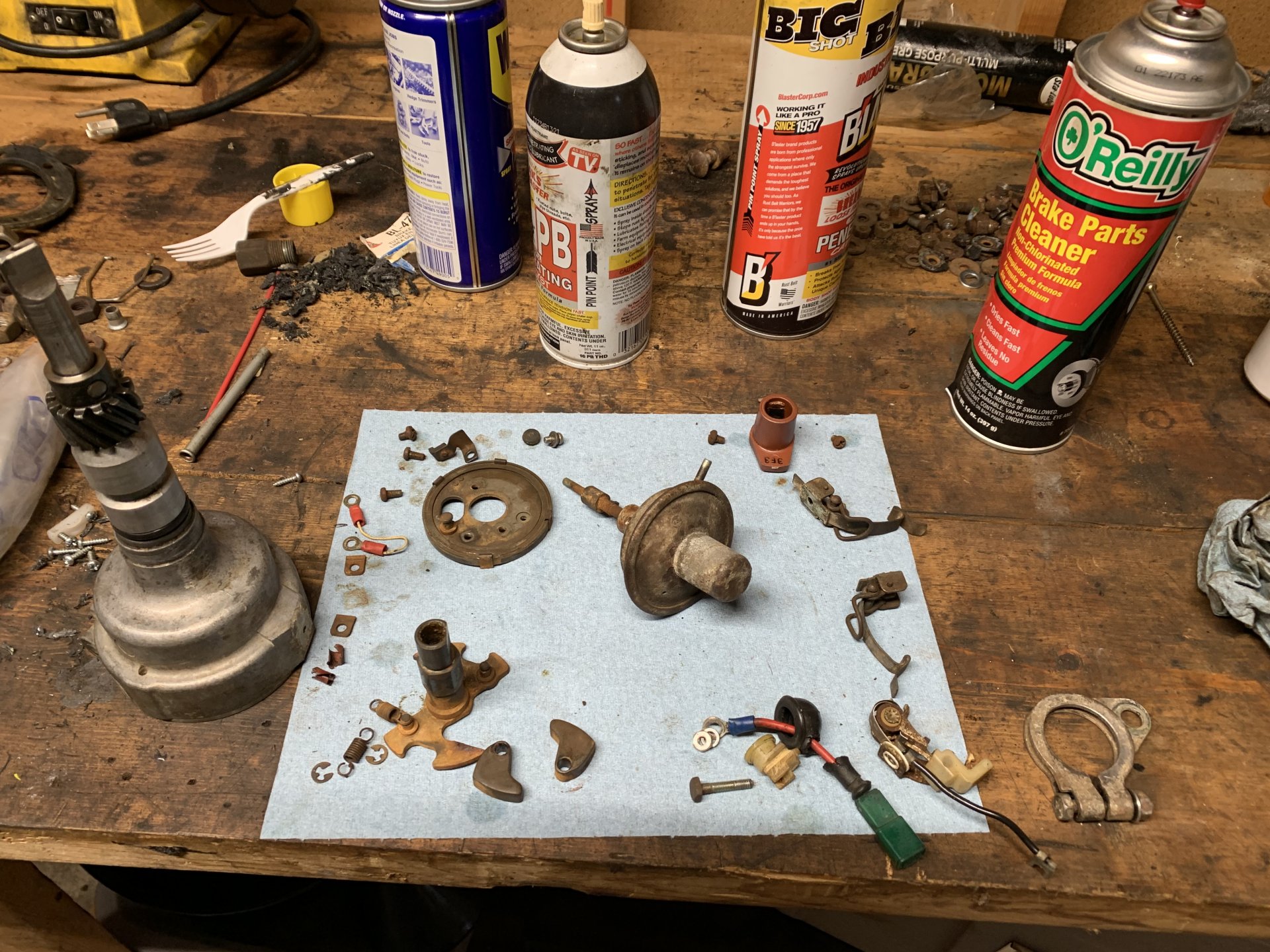 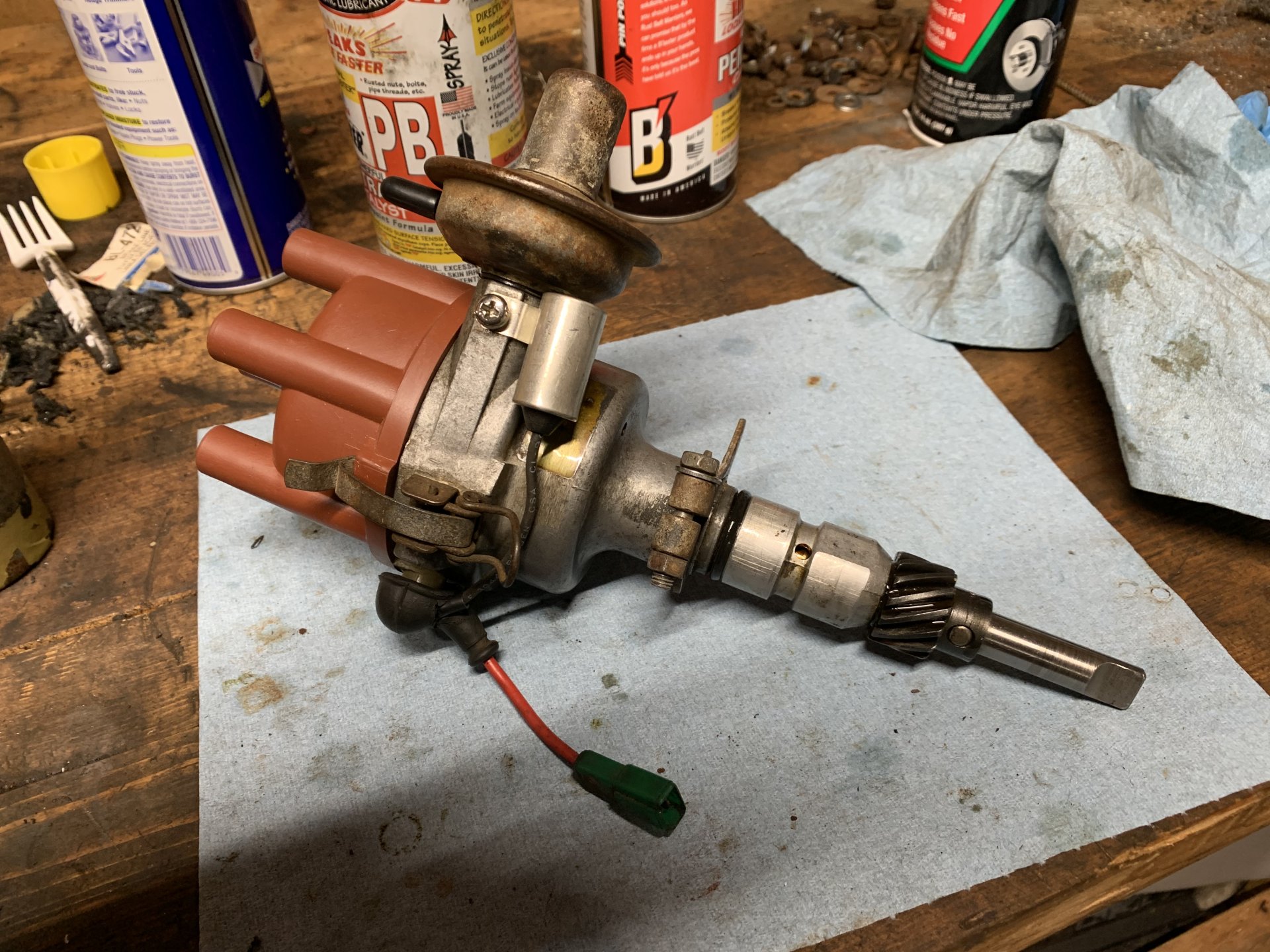 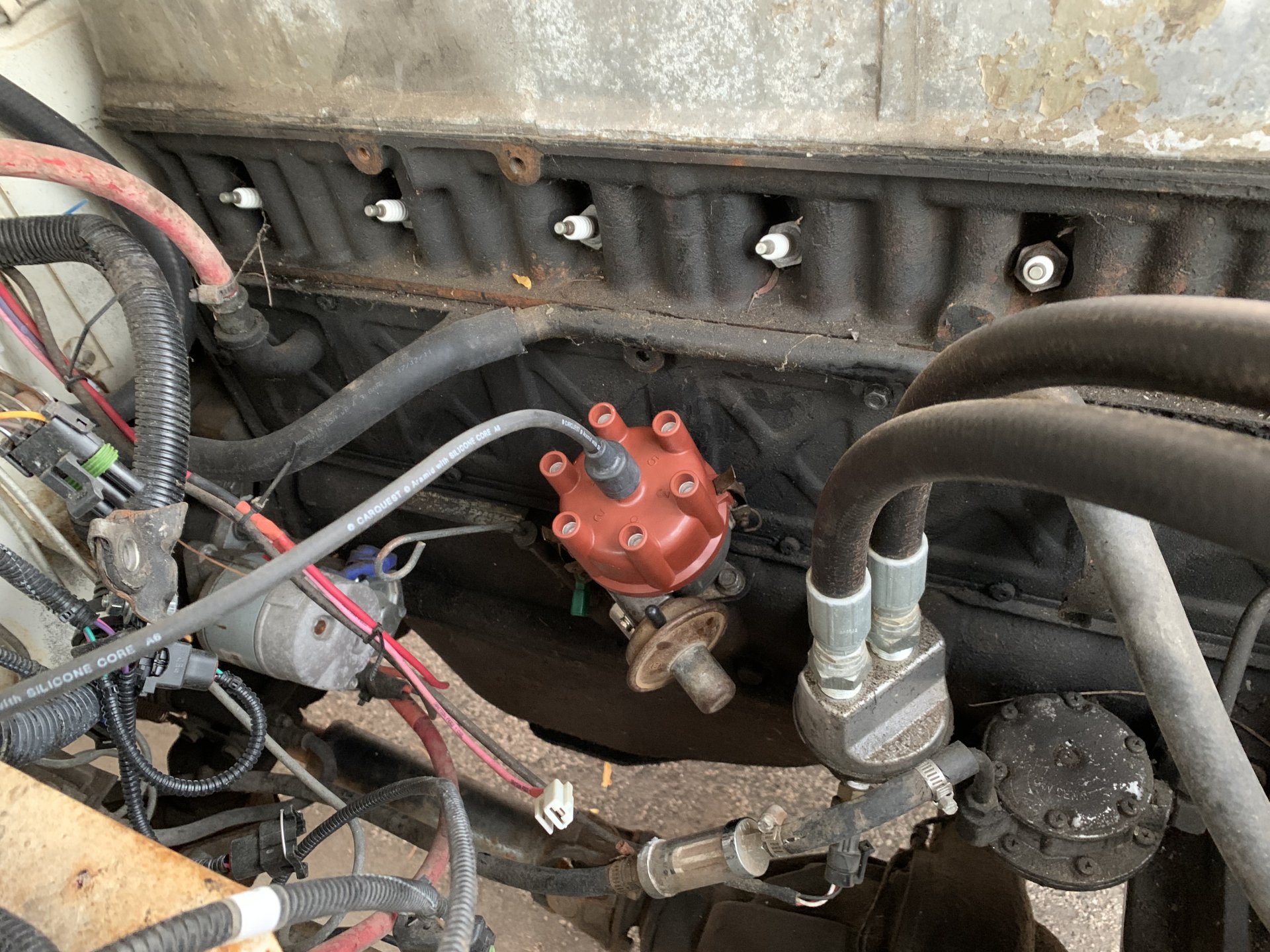 Gettin’ soggy like a wet Depends?
Builds - Fly By Night
B 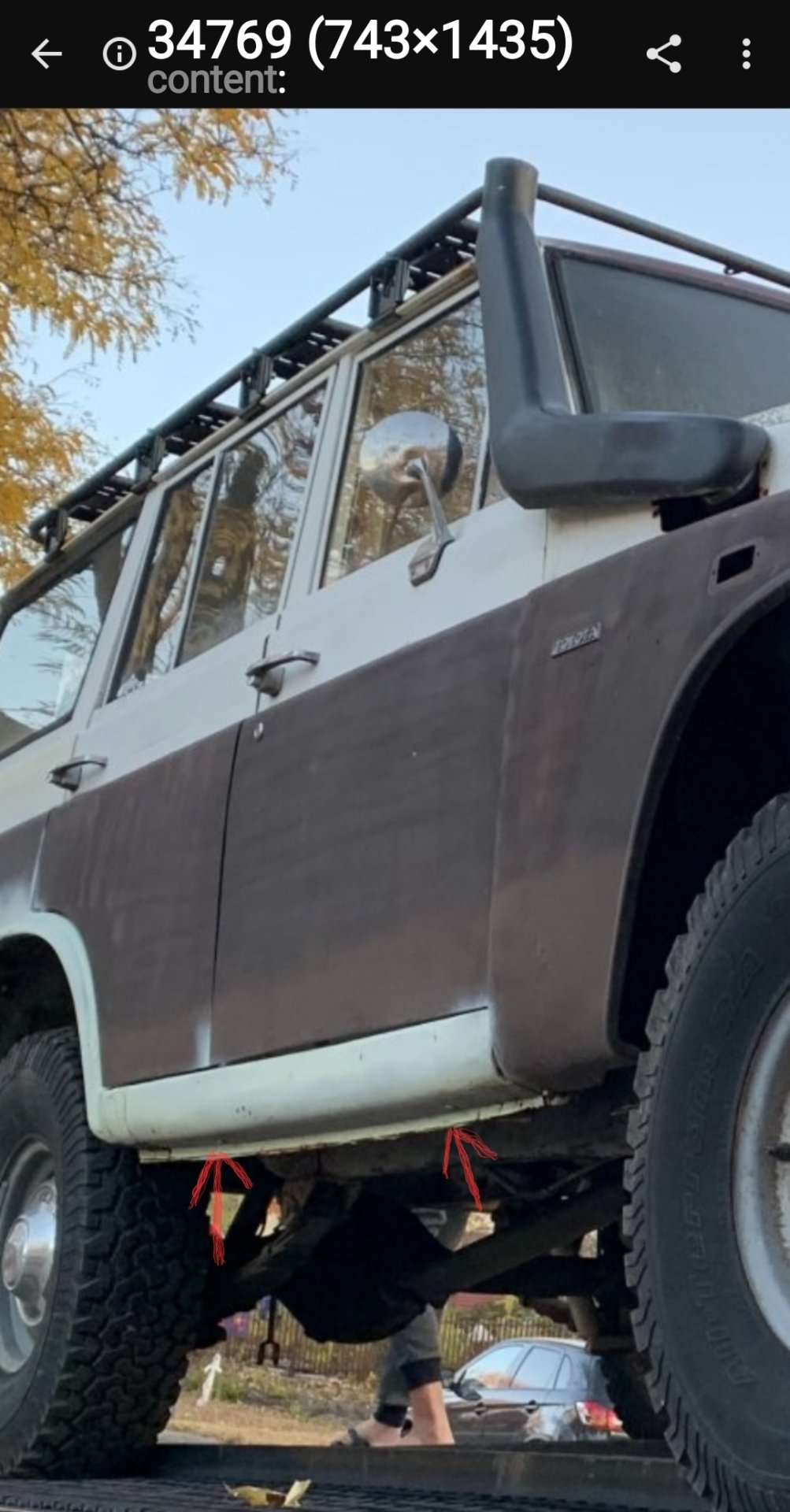 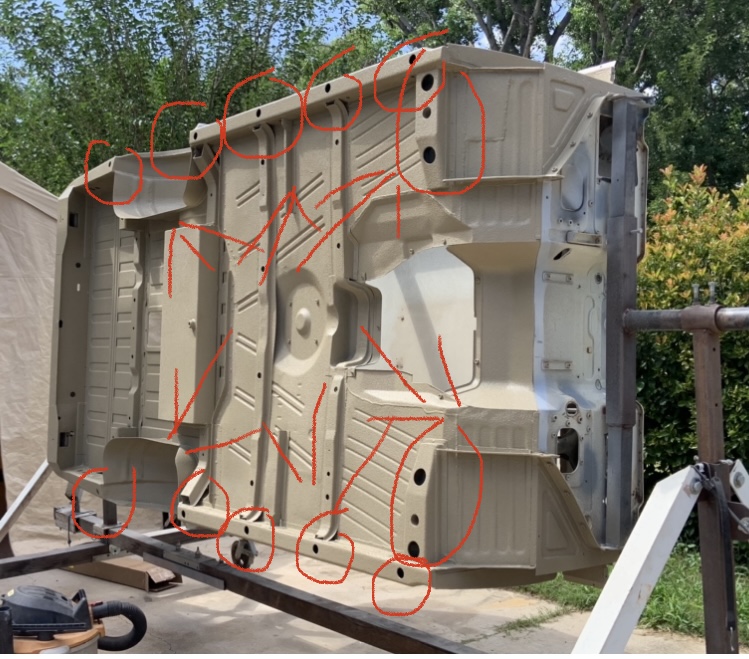 Builds - Fly By Night
B

You can Flush wit dem Ho's

RUSH55 said:
Maybe one of the color experts can chime in?
Click to expand...

acy76 said:
With the goal in mind of driving it into the garage, I have removed the AFI throttle body and distributor. Plan is to install a stock distributor and a carb, not sure if they’ll be permanent but it should work for now.

I also removed both AGM batteries and am trying to charge them. One had zero volts and one had 1.6V. I have gotten them up to around 10-11V each so far but unsure if I will succeed. They were mounted on their sides and use bolt on terminals. The wiring is well done and they are expensive no doubt so hoping they will revive themselves.
Click to expand...

PabloCruise said:
Intake - I think there is one intake that is known to be a good performer. Maybe the PO went to the effort of tracking that one down and swapped it on?
Click to expand...

I have read that too—I wonder what parameters were measured to determine the elevated performance? It does have a header on it too.

PabloCruise said:
Eek! That is pretty darn low!
Do you have an AGM setting on your charger?
I hope you can bring them back. Our AGM was getting tired (after 6 years). She would rest at ~12 volts and was down to ~300 CCA. Replacement = almost $400!!!
Click to expand...

Yeah it was a let down. I am not interested in buying new ones of this style, so if these are dead I will likely return to a single standard battery. I don’t plan on running a camping fridge and it isn’t a diesel.

That would require some wiring work though, so we’ll see where these end up first.

acy76 said:
The charger doesn’t have a specific setting for AGM, I’m not familiar with that? It does do de-sulfate and recondition modes, however they are automatic. I had to daisy-chain a good battery in to even kick the charge process off, otherwise it would tell me “WRONG” on the display which I assume means it thought I had the cable on backwards.
Click to expand...

I have a couple of modern smart chargers, they will not touch a super low battery, so yeah either hit it with an old school charger or hook a good batt up with jumper cables to get it going. I have had good luck with AGM and smart chargers getting them back from the dead, give it a week though as it does a lot of back n forth to get the full charge…at least my charger with recondition mode.
69 Baja Bug, 69 510 Ice Racer, 72 Colt -ex Westwood racer, 74 '55 project, 80 breadvan (car hauler), 13 M56 (kids get to school on time...), 14 GX460

Carb for the win! Plus a pig always deserves a une fragrance de gas.
"Intelligence is like 4 Wheel Drive. It allows you to get stuck in more remote places." --- G. Keillor
'78 FJ55

On the paint question:

What I think I will do is rattle can the brown either grey blue or something approaching Nebula or Fashion Green. I will probably leave the roof alone as it's shiny brown but this primer looks like (literal) s***e to me. No plans for a beauty queen. Or orange ... any stock color considered.

acy76 said:
Not sure what factory-ish 55 colors are out there in spray cans, thoughts?
Click to expand...

You can get any color you want made up in spray cans, just find the paint code (many charts out there) and take it to a good automotive paint store.
Ron

Damn... and I was going to to paint mine nebula green and white...

Pig in a new Toyota ad