Builds An HJ61 followed me home to Texas (3 Viewers)

I also wire wheeled and painted the dump pipe. Cut ear plugs made it in this time. Note the fancy paint booth: a wire loop hanging off the front bumper. 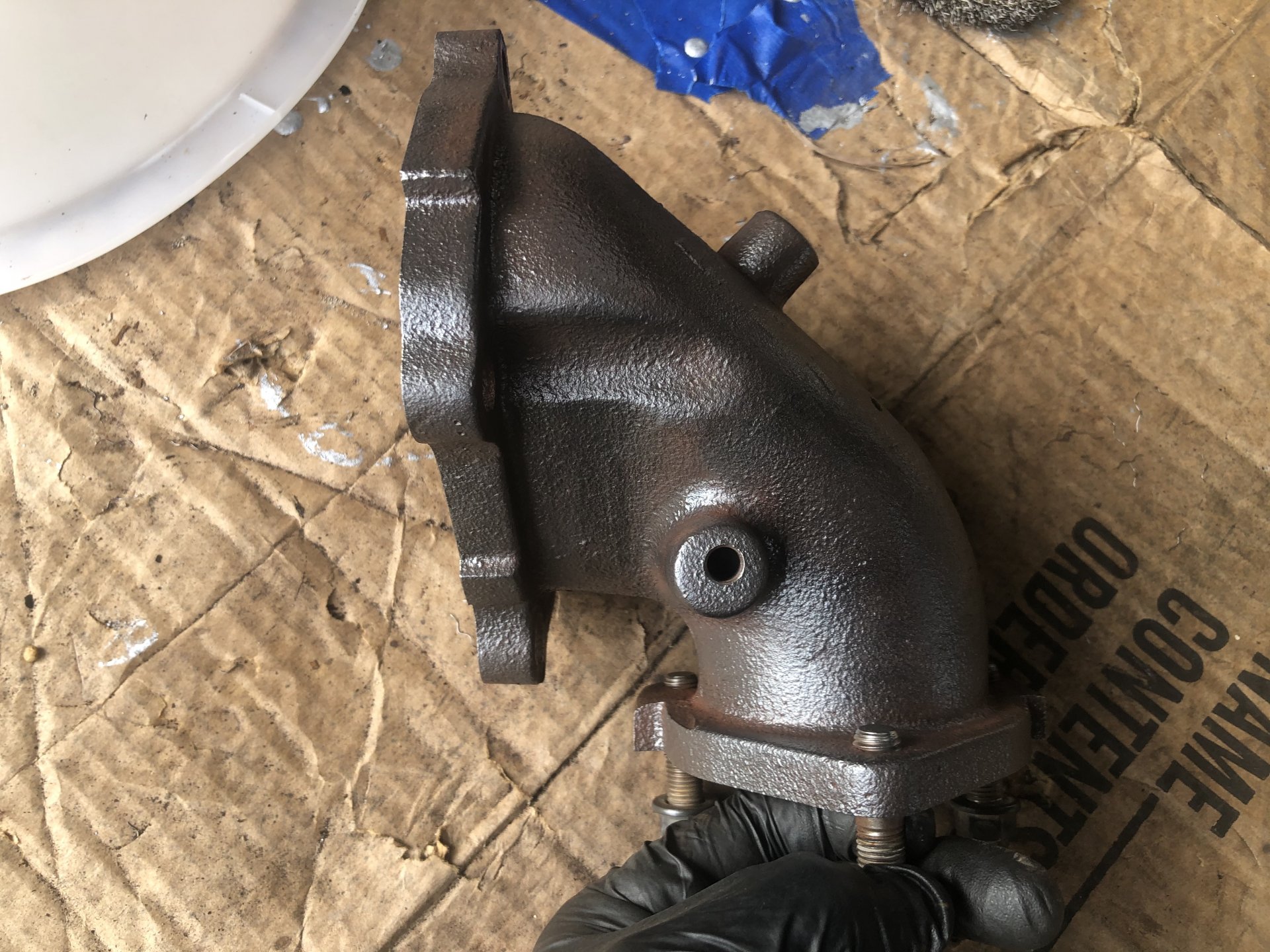 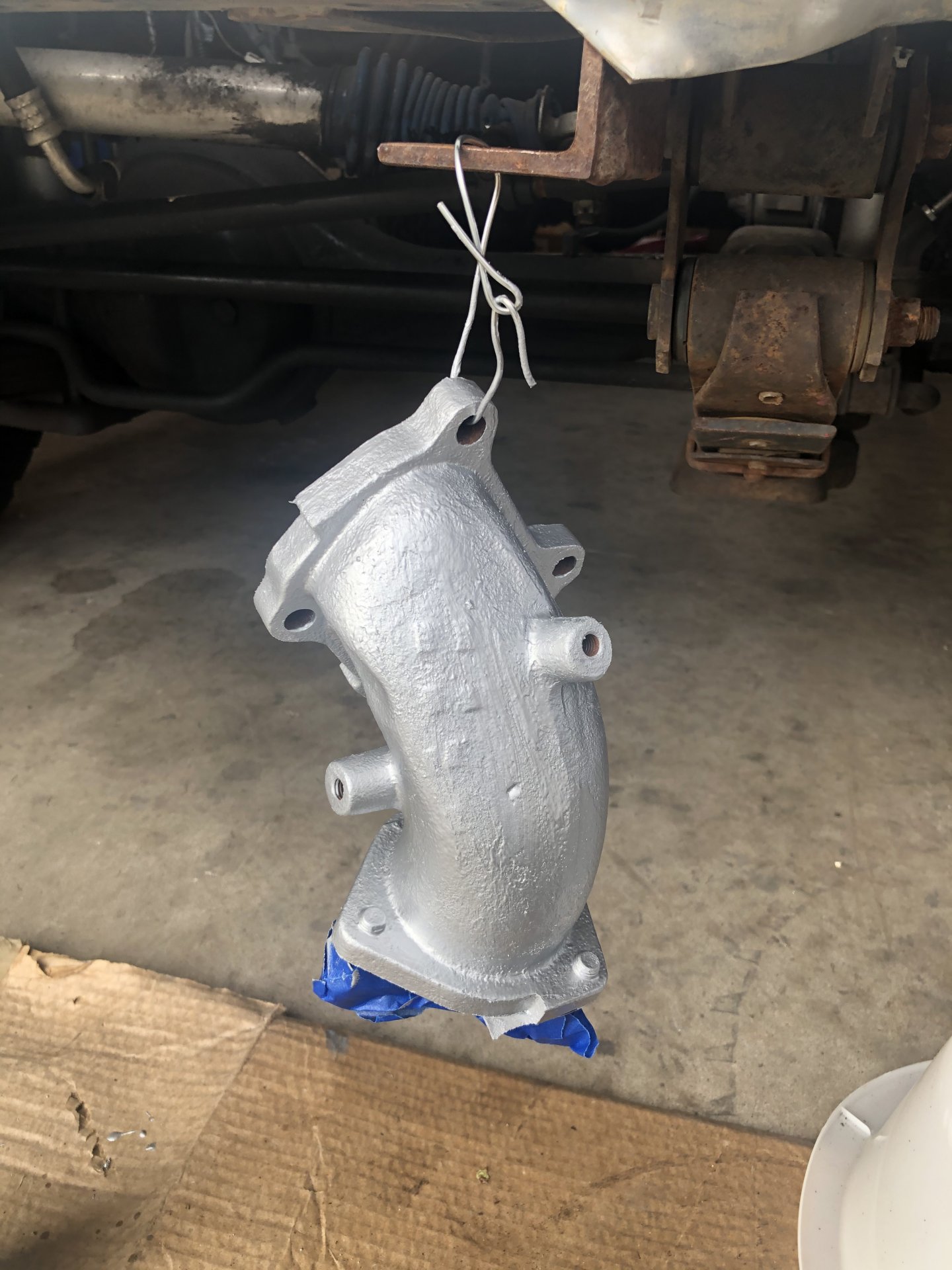 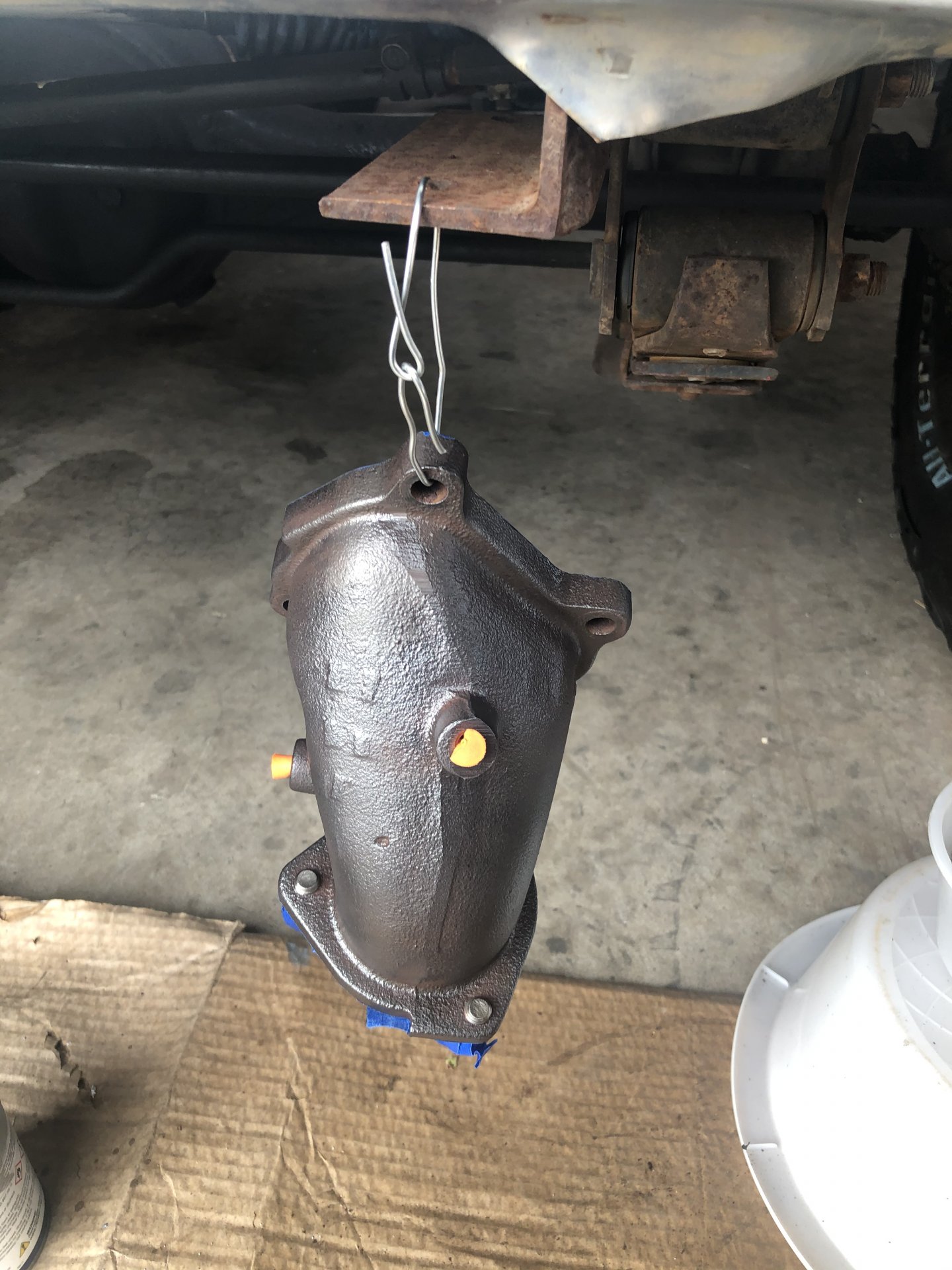 Finally getting to work on the 12HT a little. I ordered another pyrometer from ISSPRO for the 79 pickup build, and this time got the long 1/8” NPT probe. It protrudes into the exhaust, not all the way to the center, but this should be adequate, I assume. 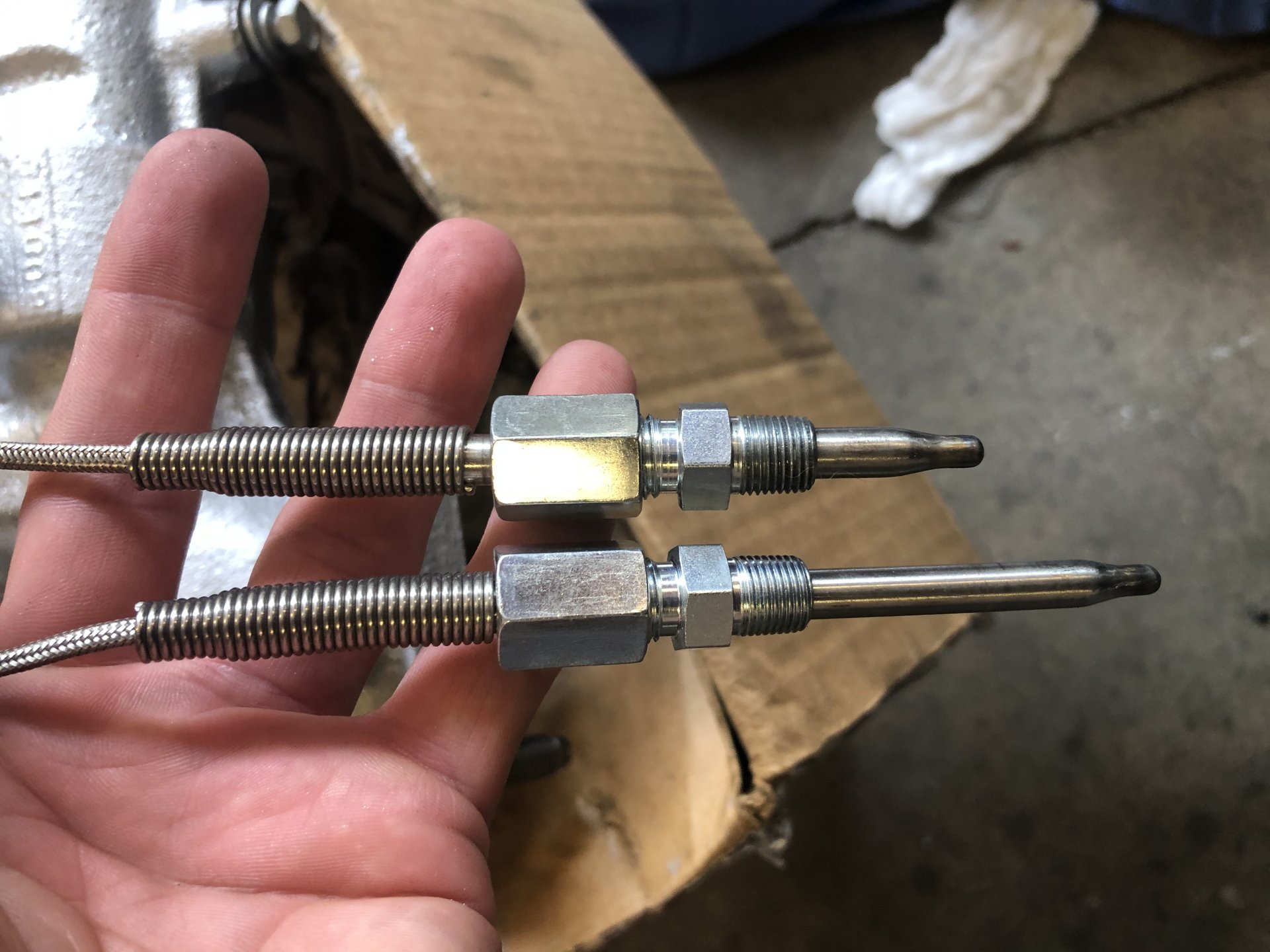 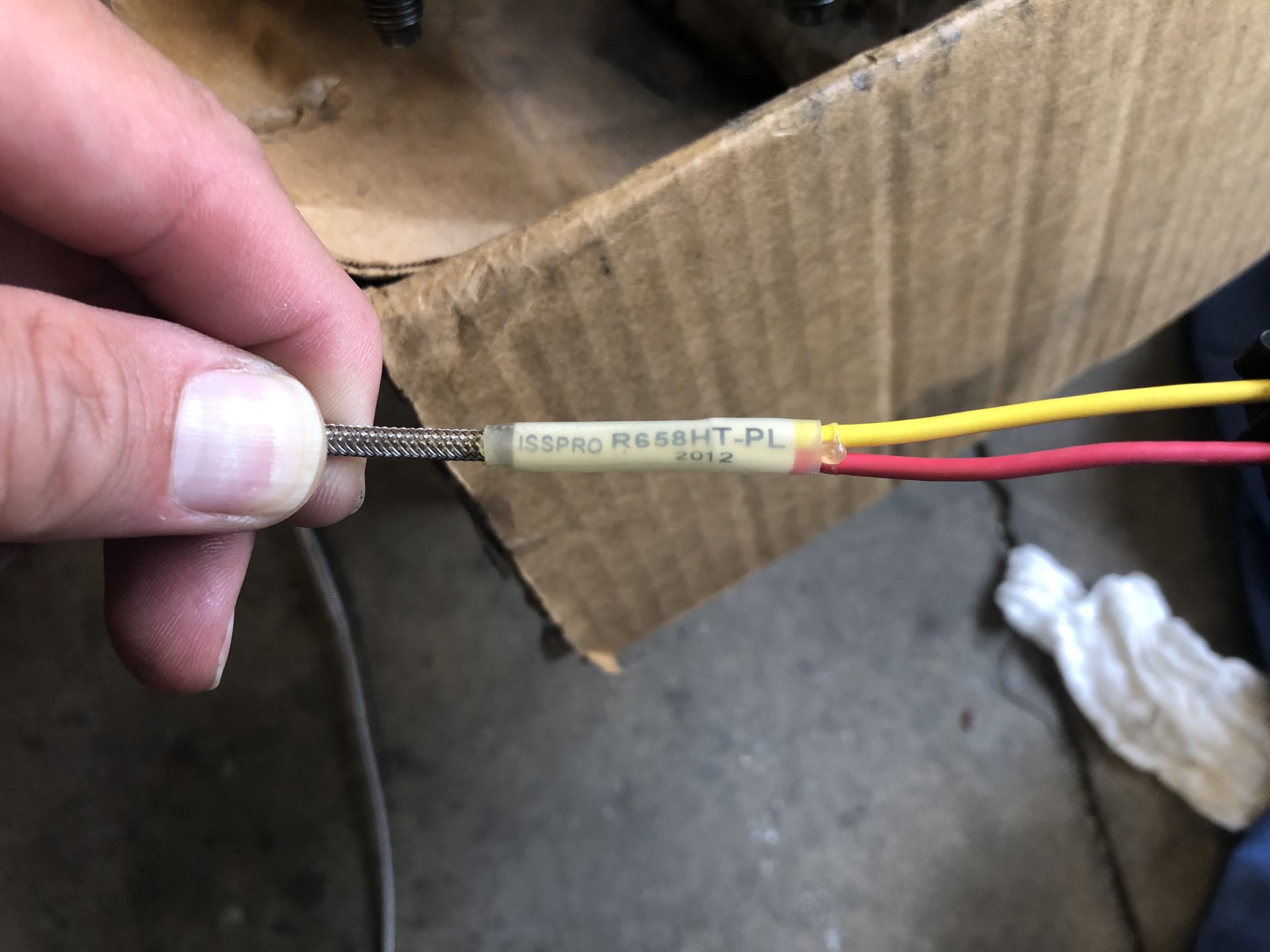 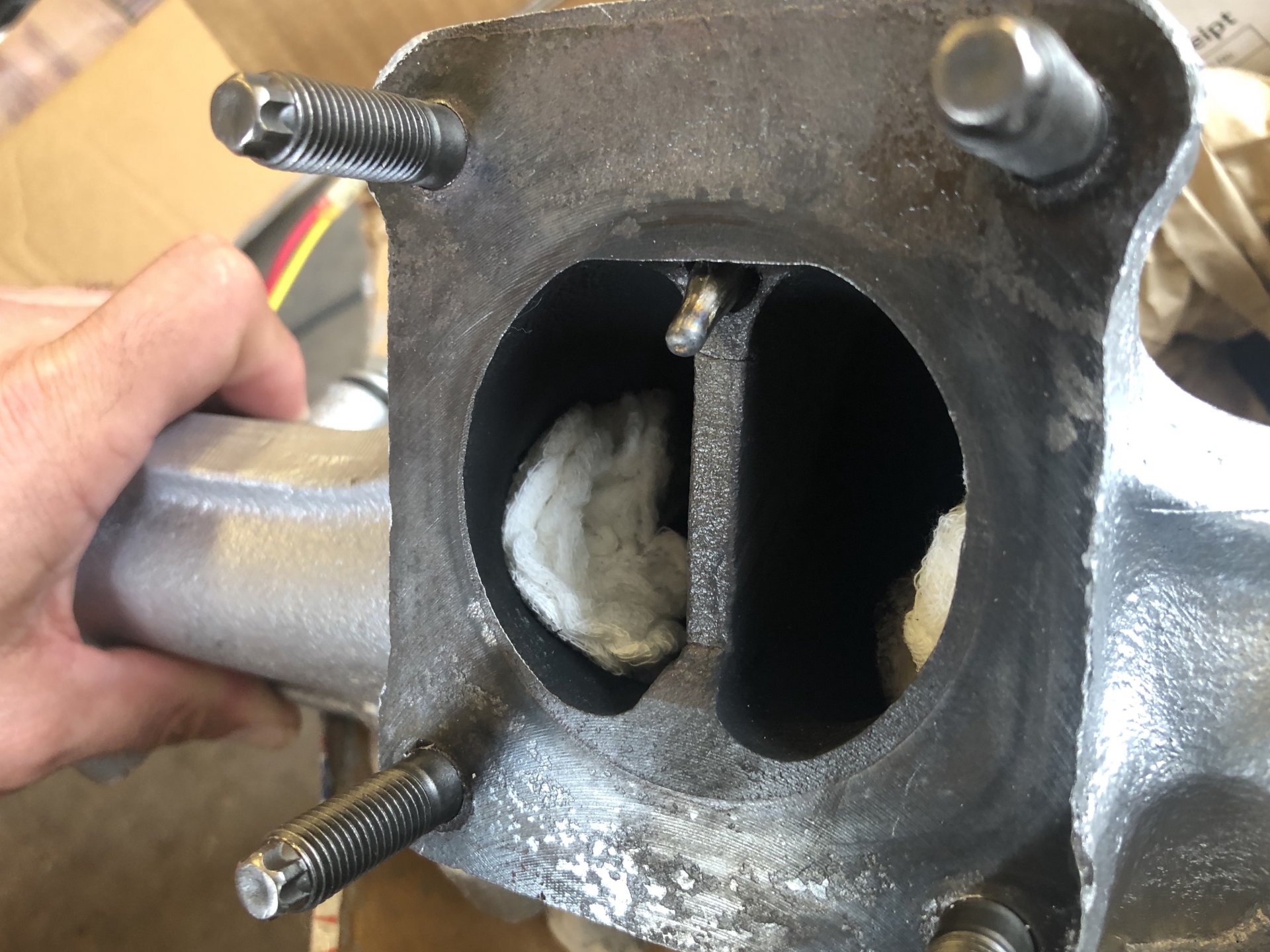 Bolted on the exhaust manifold with OEM gasket, new nuts and bolts. 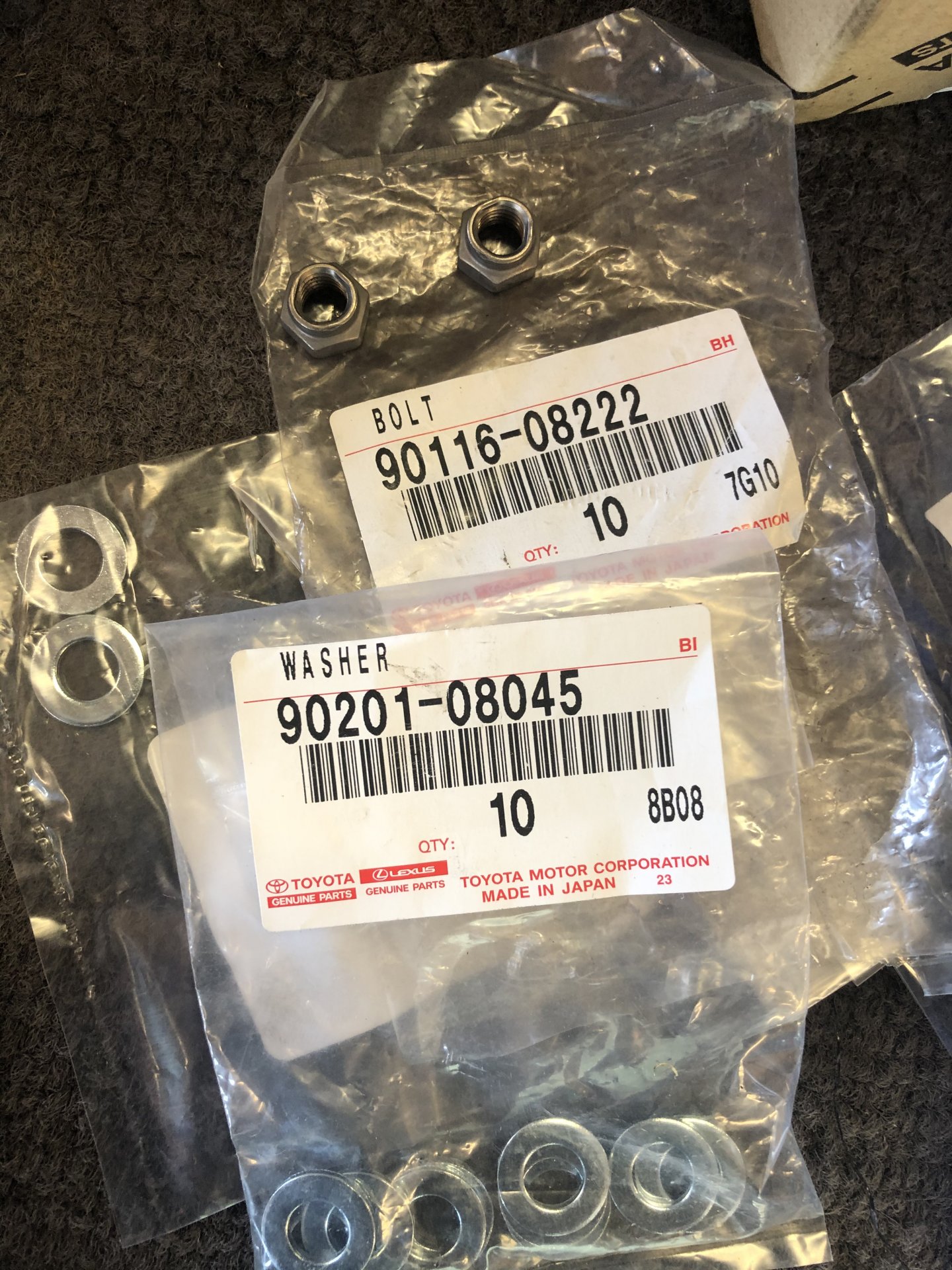 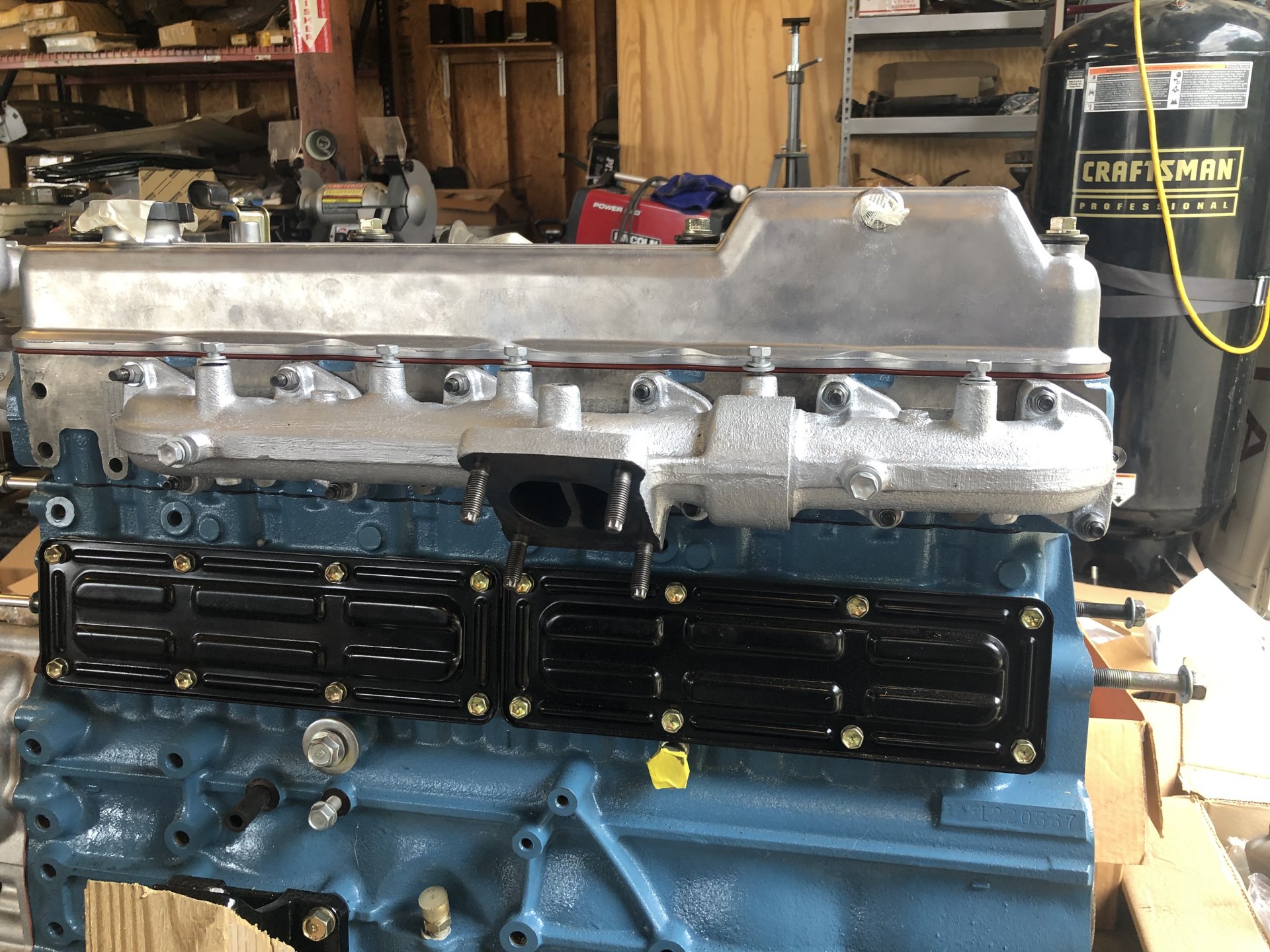 It feels good to put that stupid manifold back on because waaaaay on page 1, I initially just took off the exhaust manifold to replace broken exhaust studs.

Seems like things got a little out of hand since then. 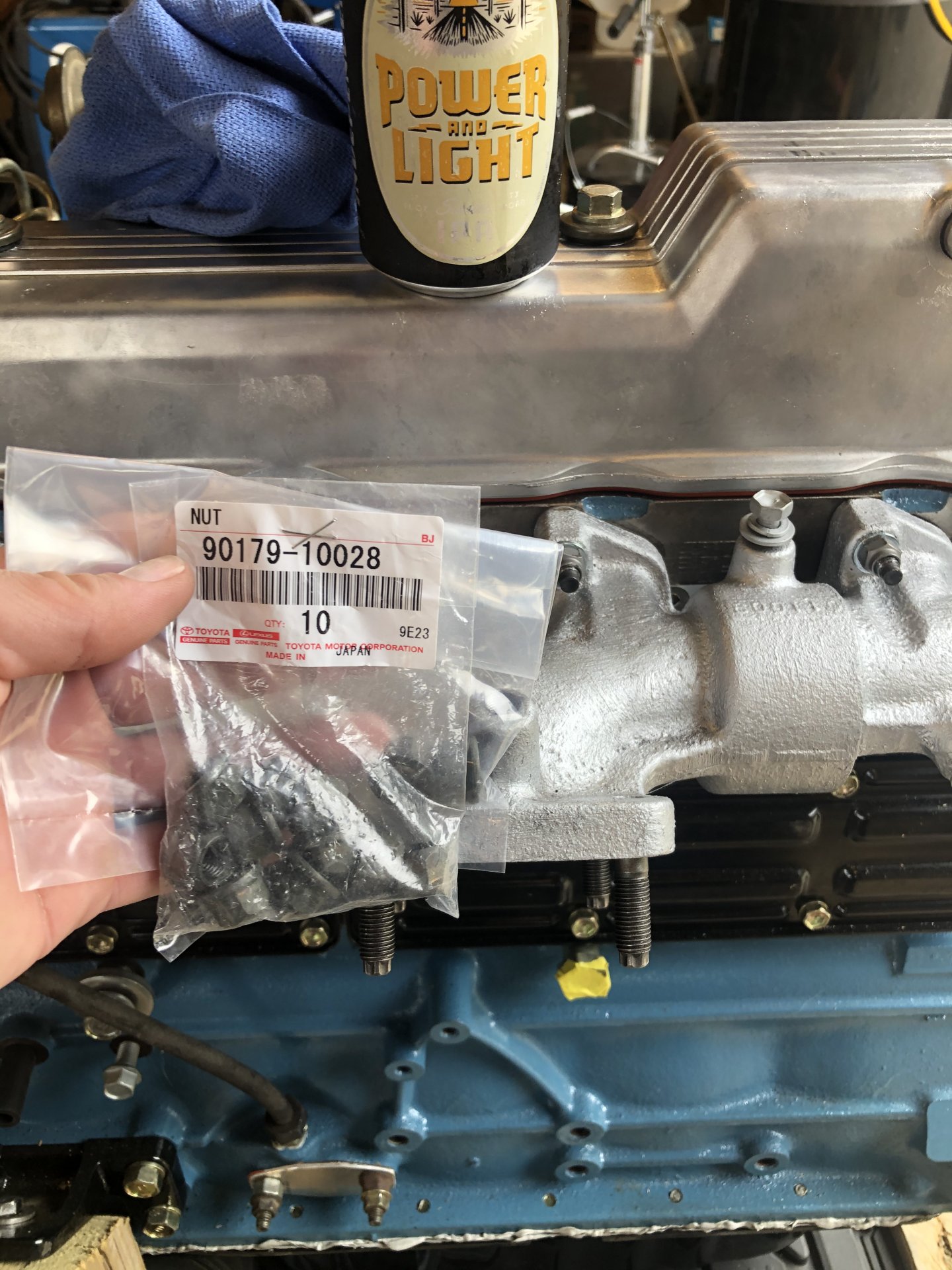 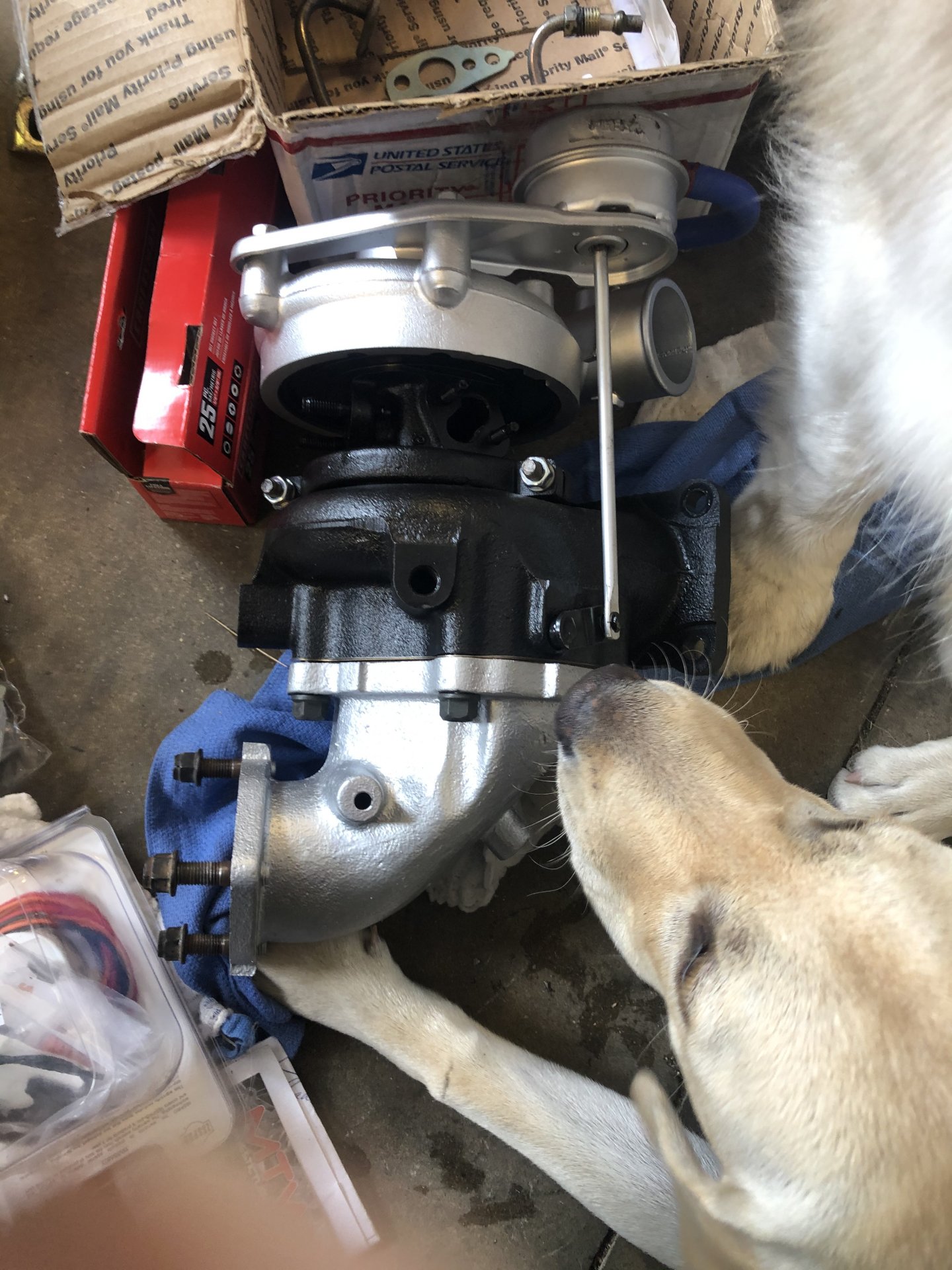 Cleaned up the turbo water line and used new hardware there as well. 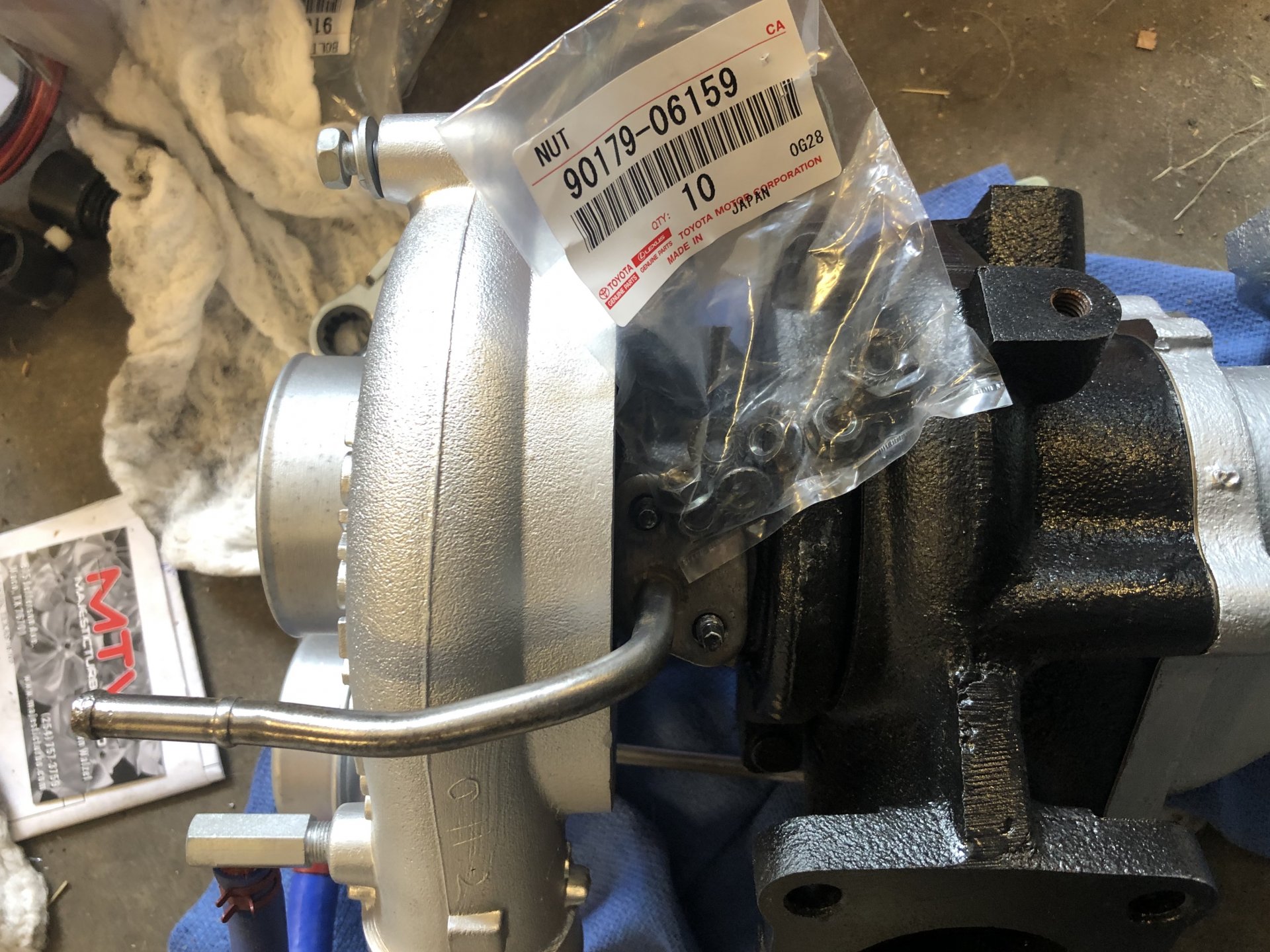 I panicked because I could not locate the dipstick, flywheel bolts, or these water and vacuum bypass lines. I found everything but the lines, which is maddening. Luckily I can just use soft lines if I cannot end up locating them. Frustrating. 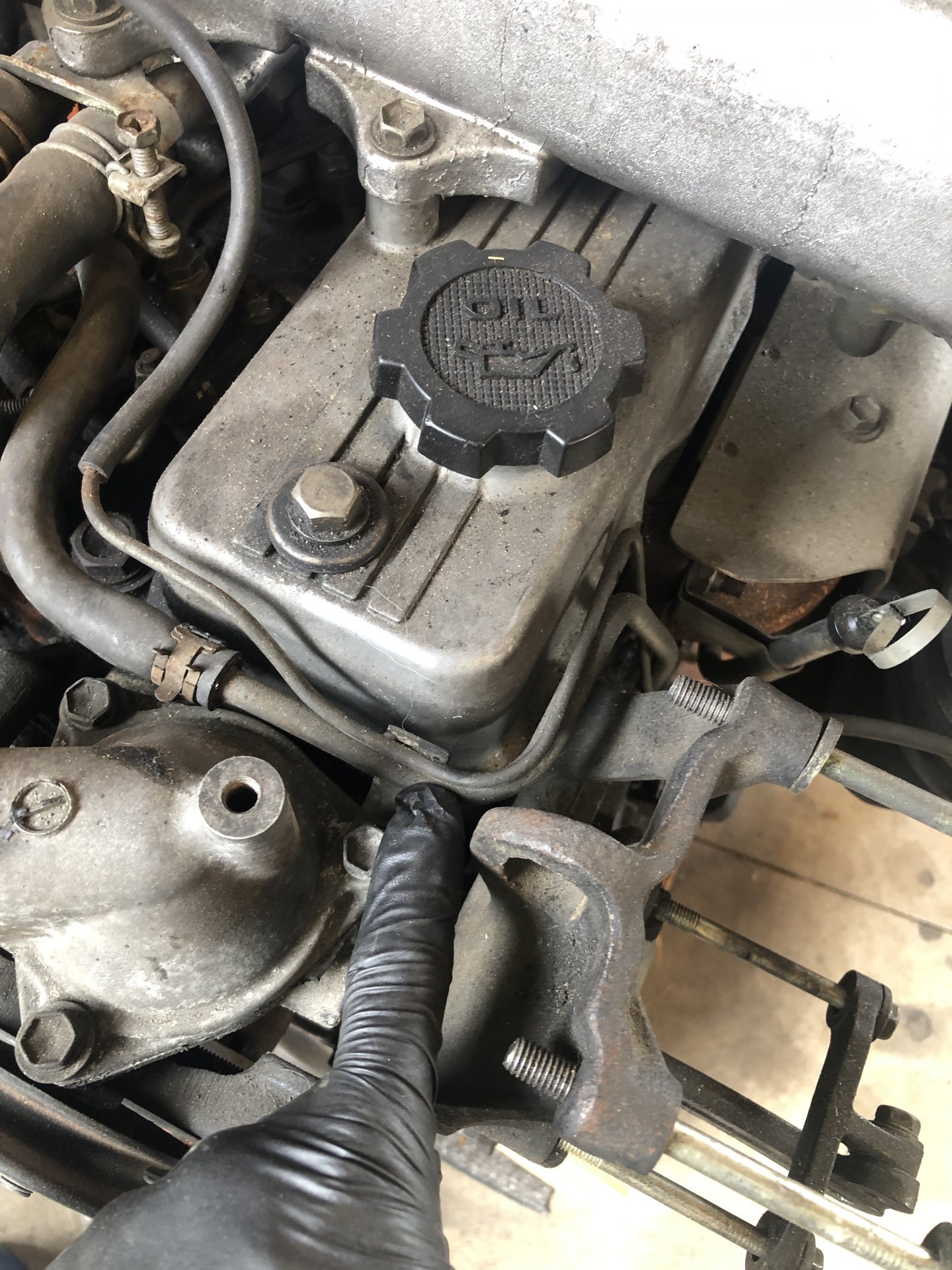 Moral of the story: don’t wait 2 years between starting and ending a project!

I ended the day by putting on the 12HT sticker I got from Decaldog.com. I was going to wait till the very end, but it’s gonna get covered up by more stuff. So, today was the day. 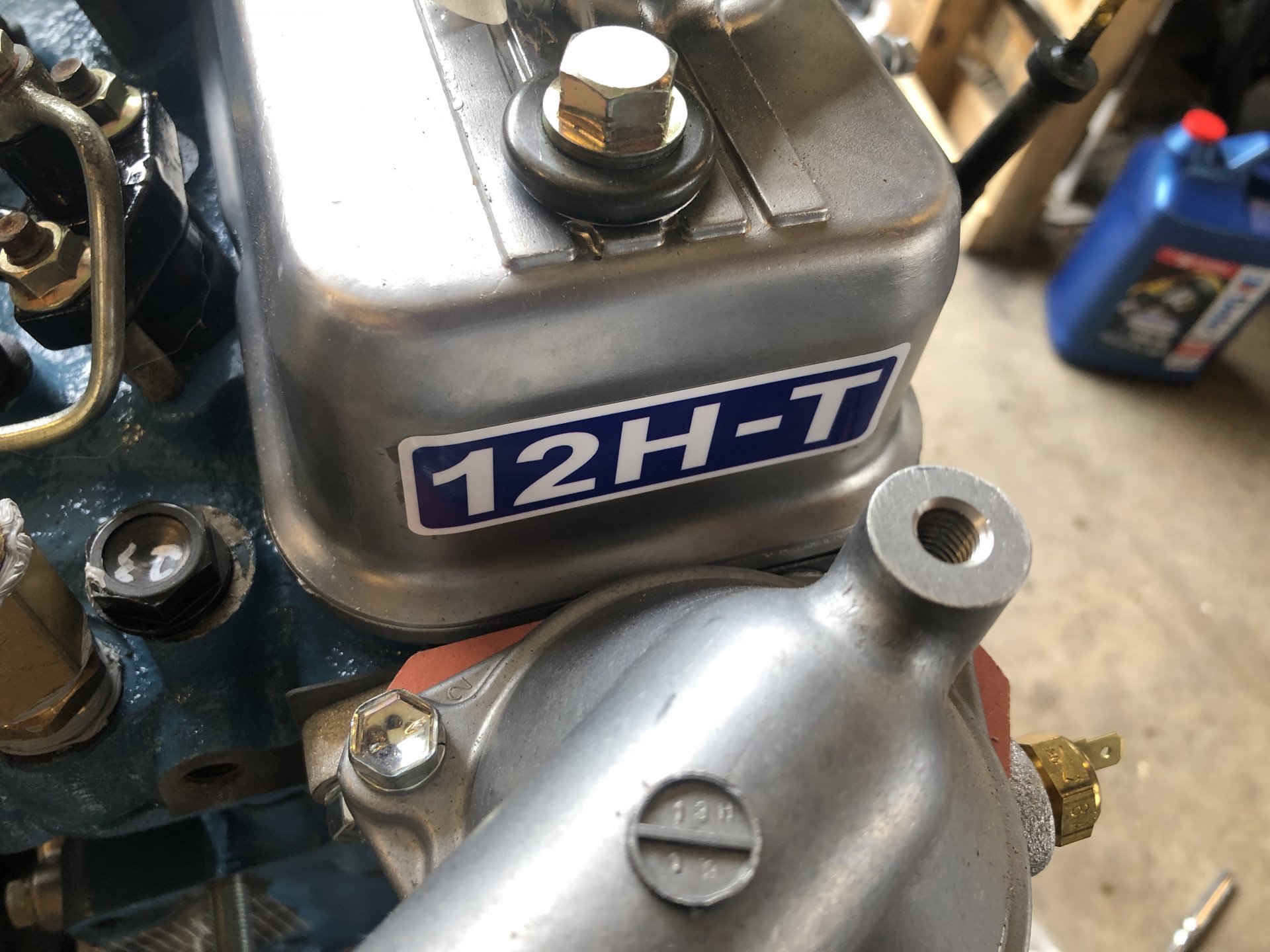 I was able to get out to the barn tonight for a few hours. I found the turbo water bypass line. Someone, probably one of my kids, threw a whole bunch of Halloween decorations on the 12HT shelves, and the line was tangled in a bunch of stupid lights. At least I found it.

I bolted up the turbo with its associated oil and water lines. The turbo waterline hose is NLA, but one from the 1Hx series of motors fit just fine. It was a bear getting the bottom water bypass pipe to fit the car, as it had gotten all bent out of shape. I had to release the V band between the turbo halves and rotate it out of the way to get everything to line back up.

All in all, I found all the parts, everything fits, it’s bolted up, and it’s one less thing to put back on the motor. 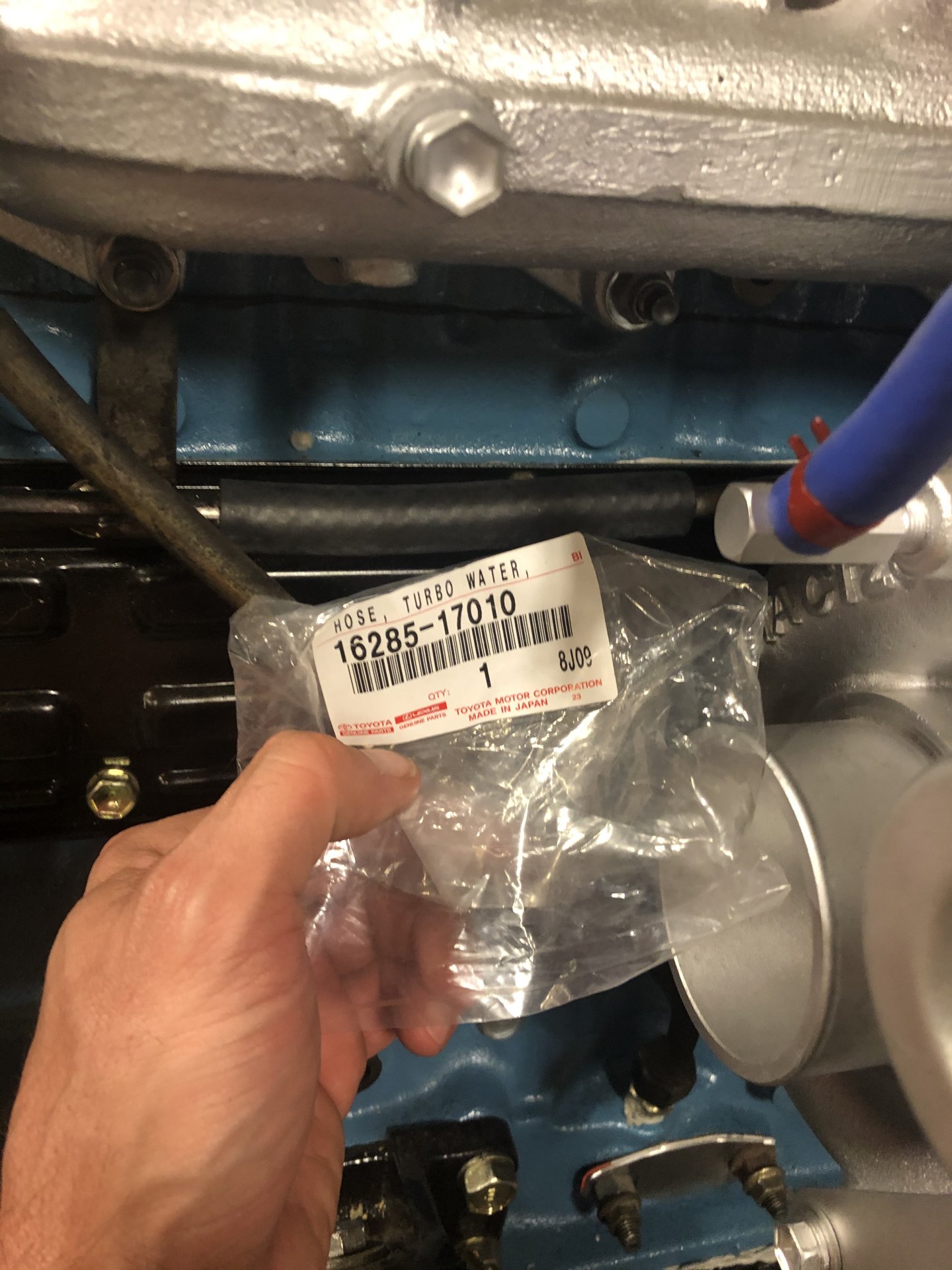 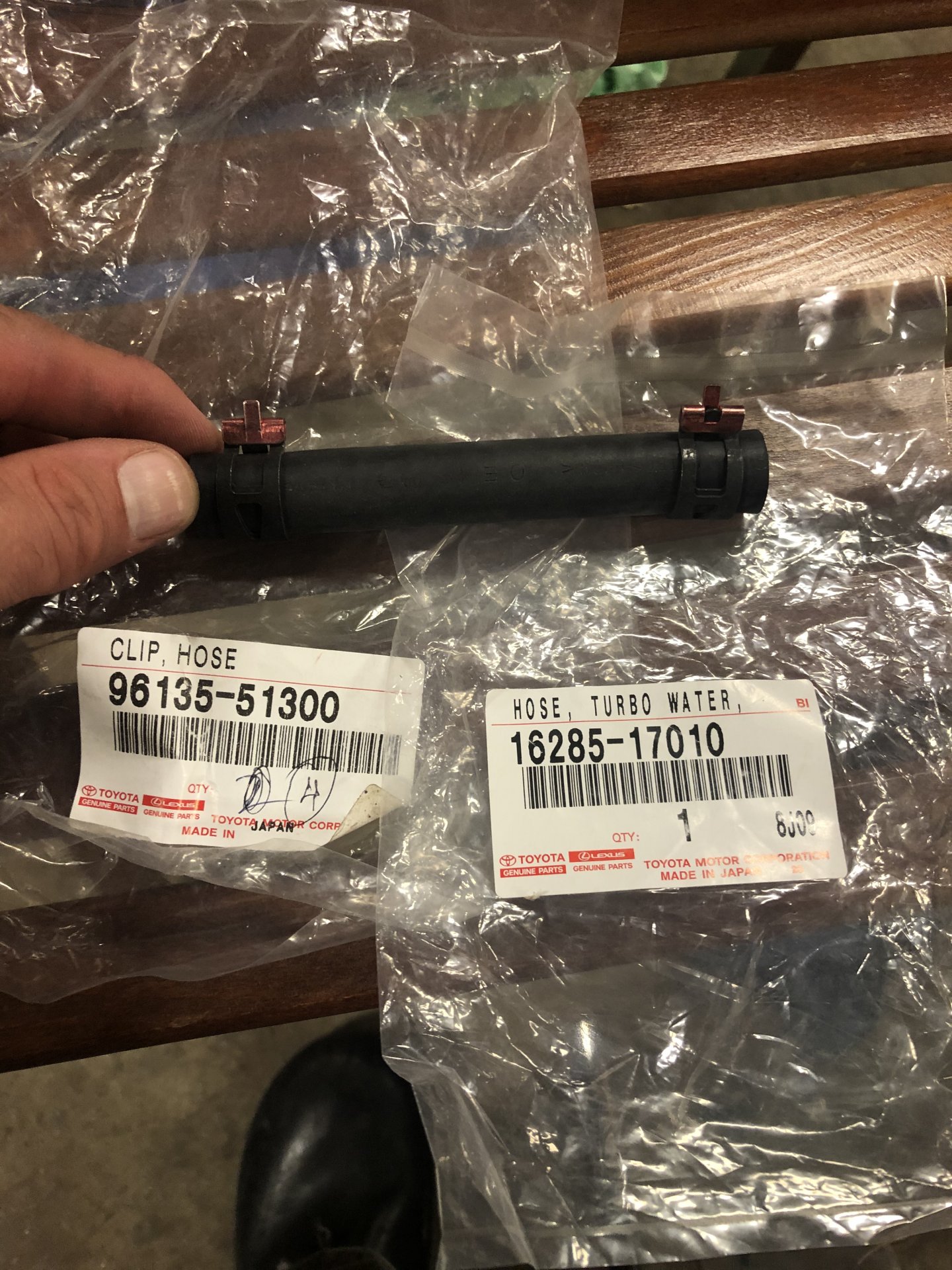 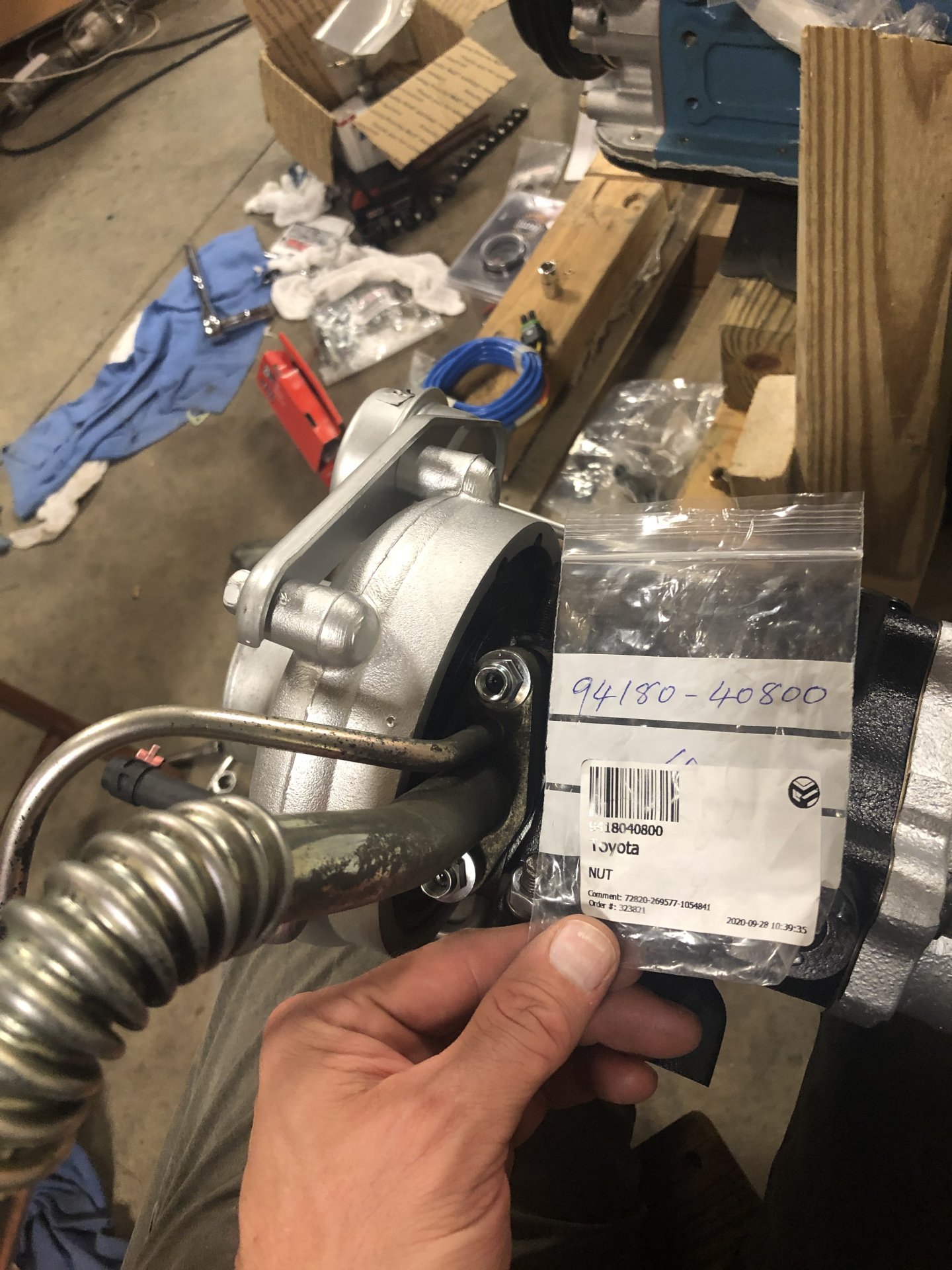 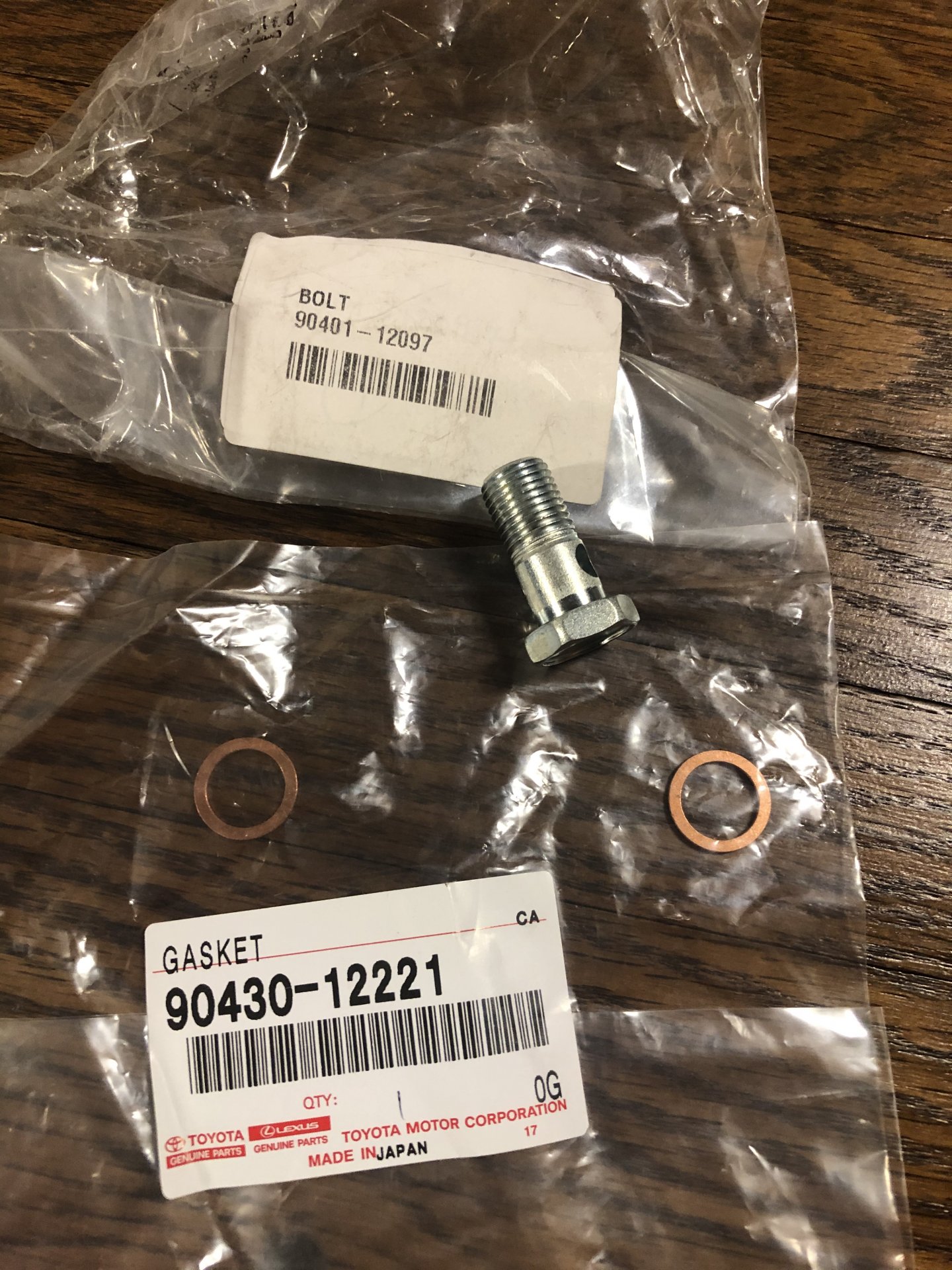 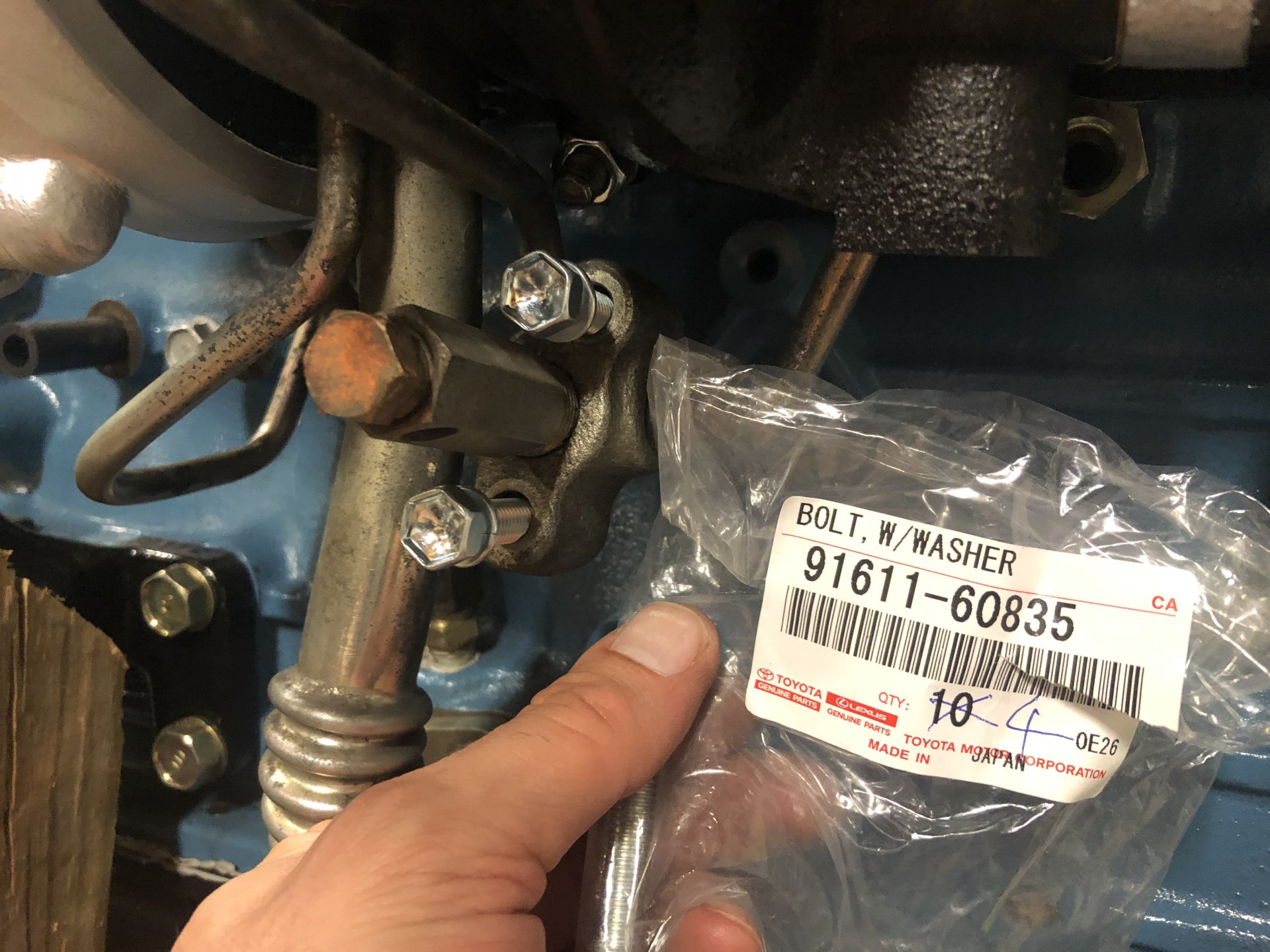 The weather is cooling off here in Texas, it was a beautiful Saturday night. 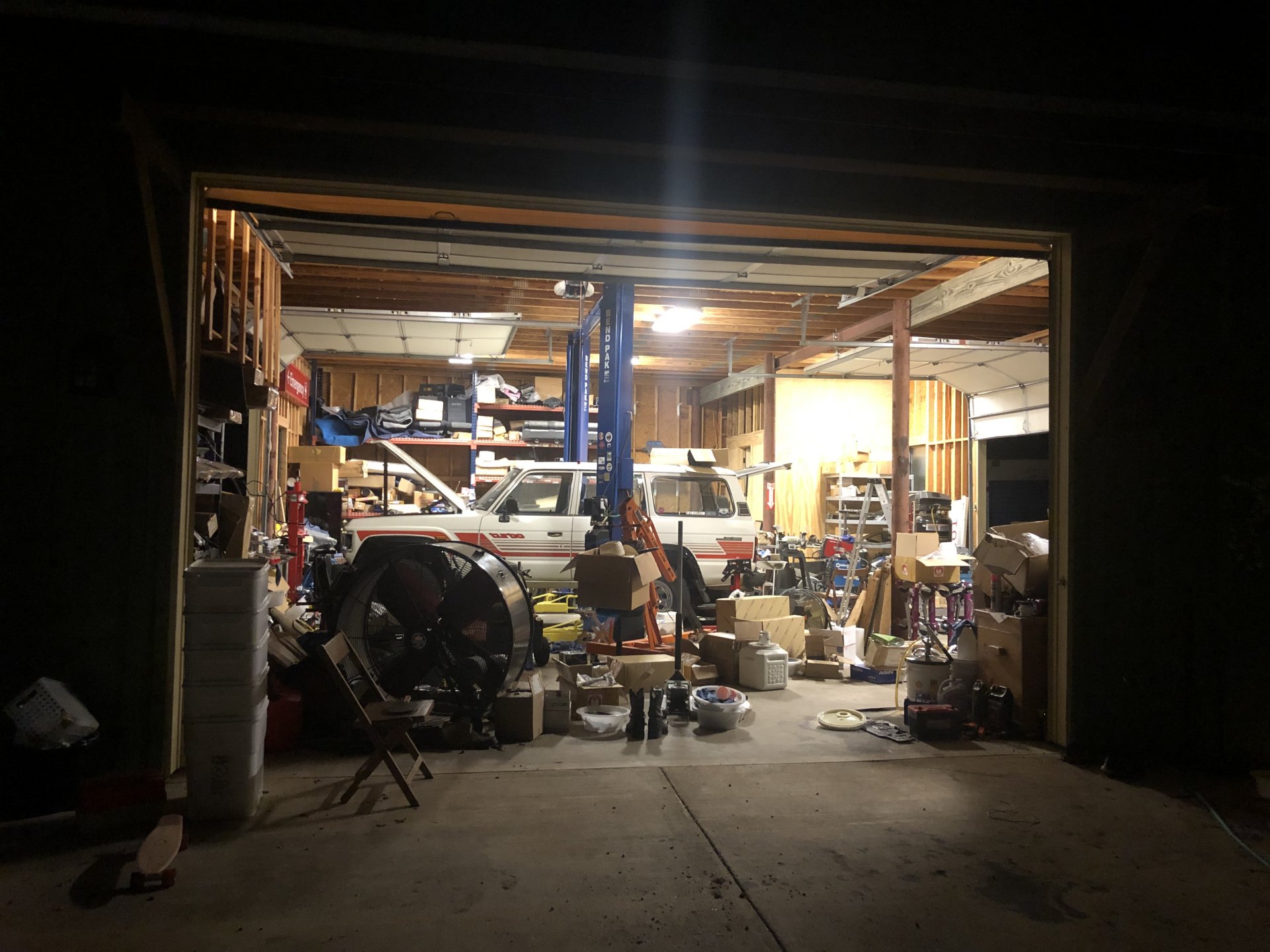 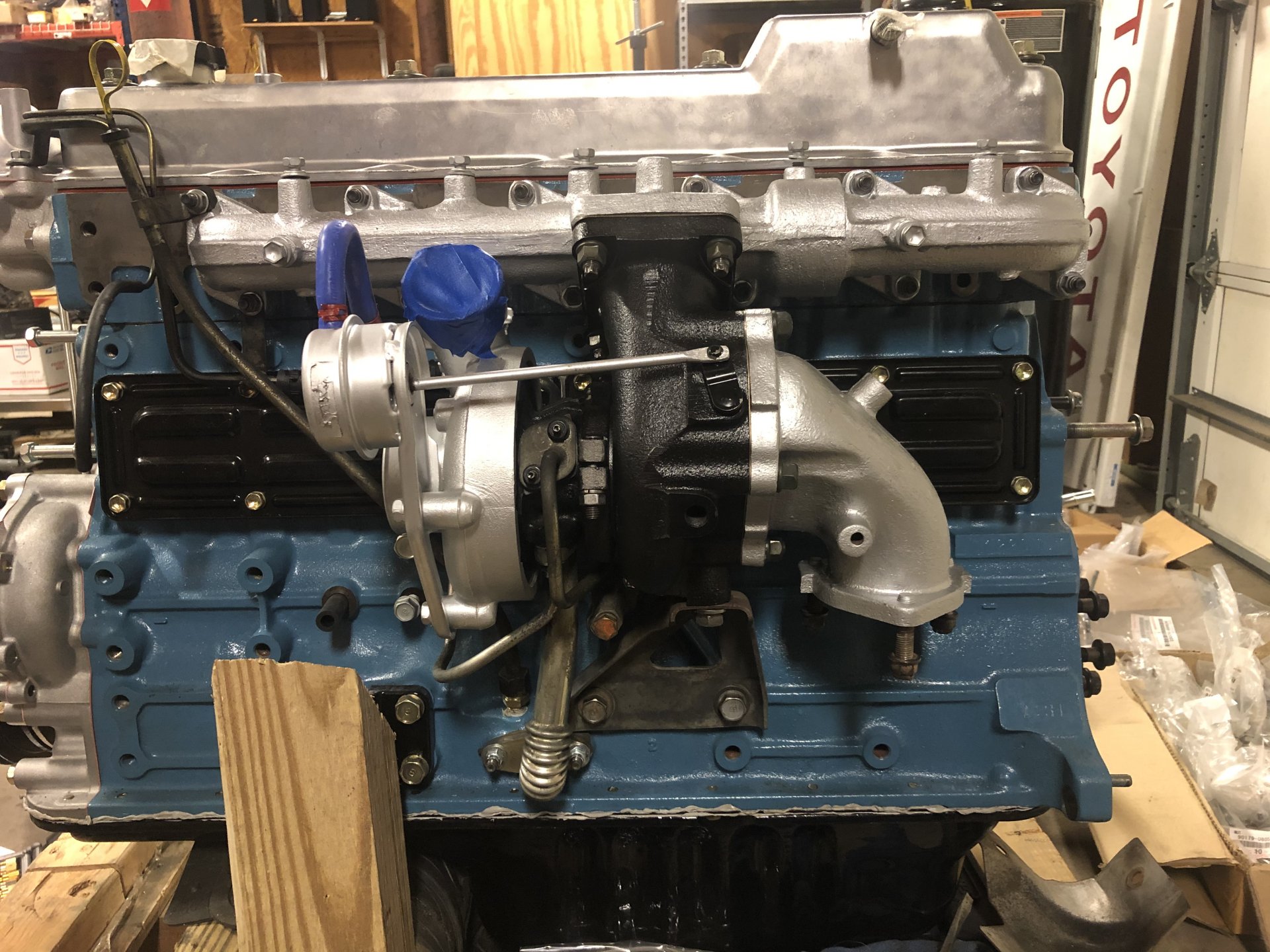 Users Who Are Viewing This Thread (Users: 0, Guests: 3)

MATH+Logic: An engineering approach in search for a perfect TURBO.
2

2H Swap into my 1967 FJ45. Educate me on bell housing and transmission compatibility