man0fsteel said:
Thanks - but I’m not sure how to find a post by number.


That 80 is going to have a better than showroom finish when you’re done with it!

Just wanted to add my two cents now I can say I have a $2500 MAACO job. All I can say is wow. They absolutely killed it!

My original paint was worse than bad. It had a ton of deep scratches and bird crap that had been oxidized into the paint. The paint was terrible when I bought it 7 years ago and I did nothing but add to it. I originally took my truck into the Maaco down in Colorado Springs for them to repaint it around a year ago, and honestly I got cold feet just talking to the guy for five minutes. He didn’t seem interested in the cruiser or what I wanted out of it the new paint job. So I bailed. Fast forward to a month ago and I found a Maaco up in commerce city in Denver and I was scrolling through the reviews (which they were rated a 4.8) and there are two separate Google reviews with FJ60s with very satisfied customers. So I drove the 2 hours up there and got an estimate and the lady who I talked to walked around my truck for about 45 minutes and really listened to what I wanted. So I decided to go for it.

The deal was I would pull everything off and I wanted them to do as much bodywork as possible and keep me in the $2500 price range. For $2500 I was getting their mid tier paint job with a 4 year warranty.

After I dropped off the truck, I was going back and forth on having them def-flare the truck and weld up all the holes. A few days after I dropped of the truck the Maaco owner called me and said it wasn’t a good idea for them to do that sort of job and he didn’t feel comfortable with it, which I totally respected. So I did bring up the question if they would be willing to get new Toyota gaskets and clips and install the fender flares for me. I pulled them off and they were sitting in the back of the truck upon my drop off they said they were willing to do it and I’m so glad they did. They were able to get all the flares to line up like factory and they were able to get the original Toyota gasket seals, clips, and the flares look brand new.

I honestly think it’s the best $2500 I have ever spent on the truck. I really wish 5 years ago when I wanted to be the cool kid in highschool I got it repainted instead of messing with regearing it and putting bumpers on it. 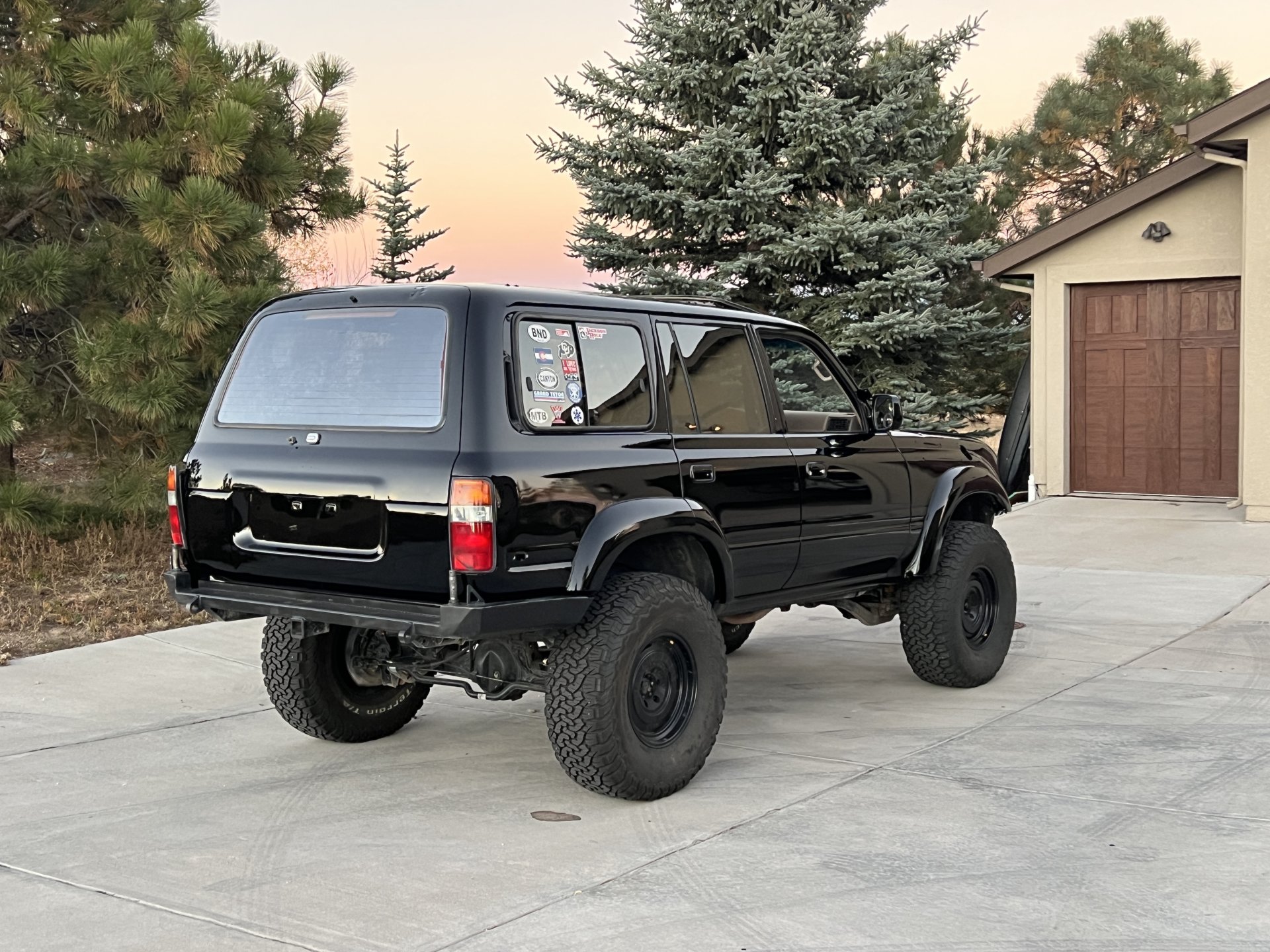 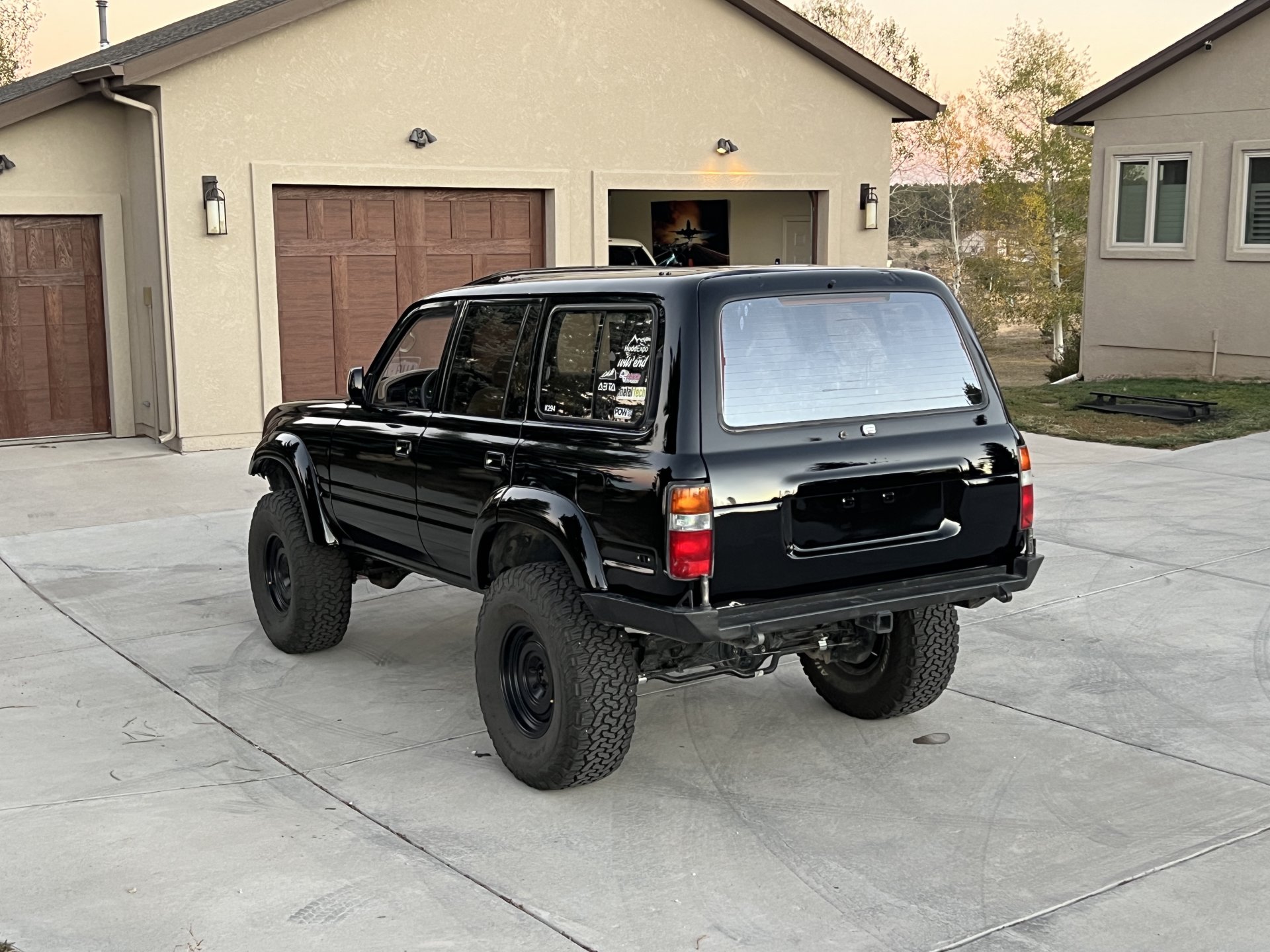 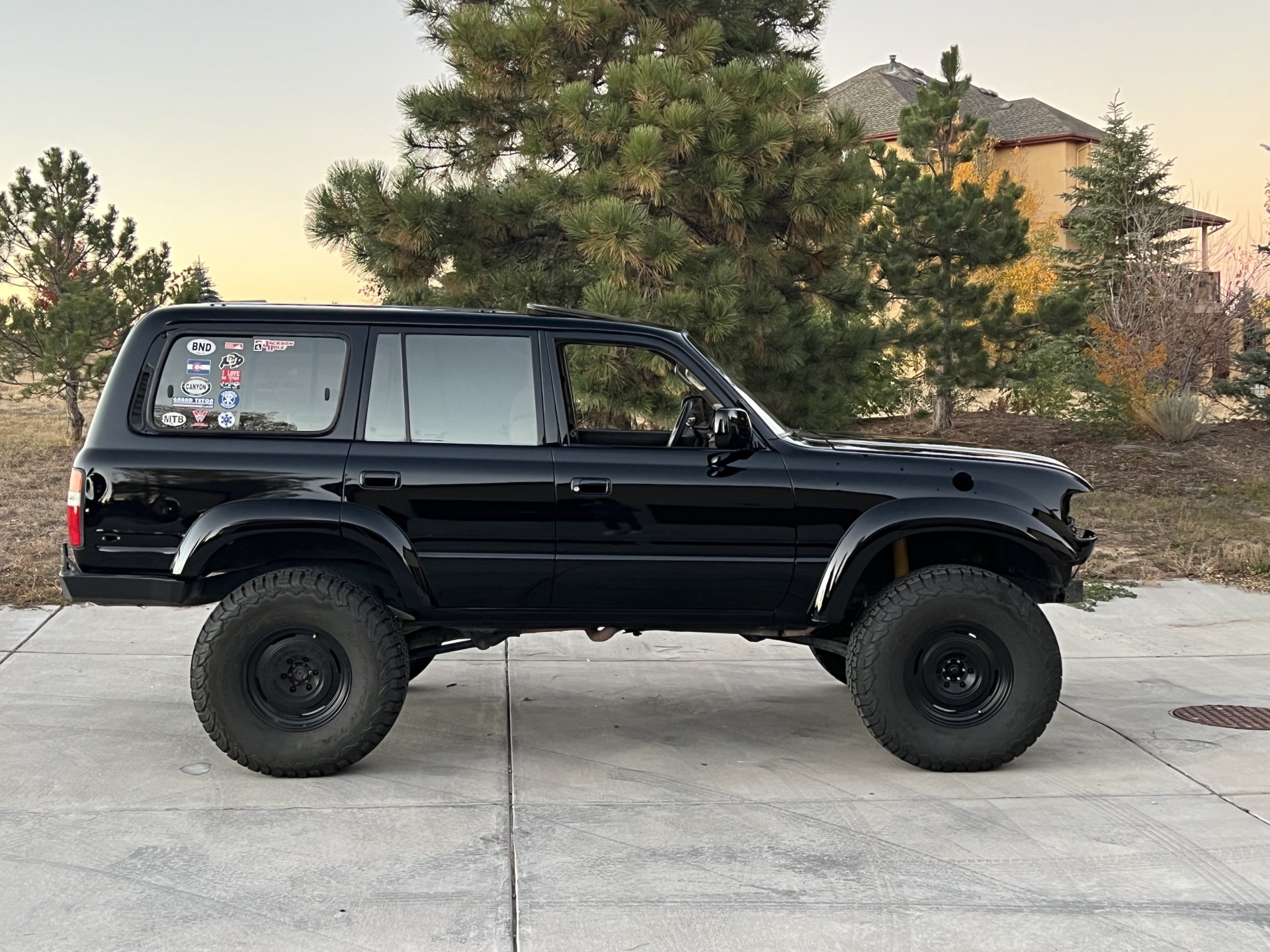 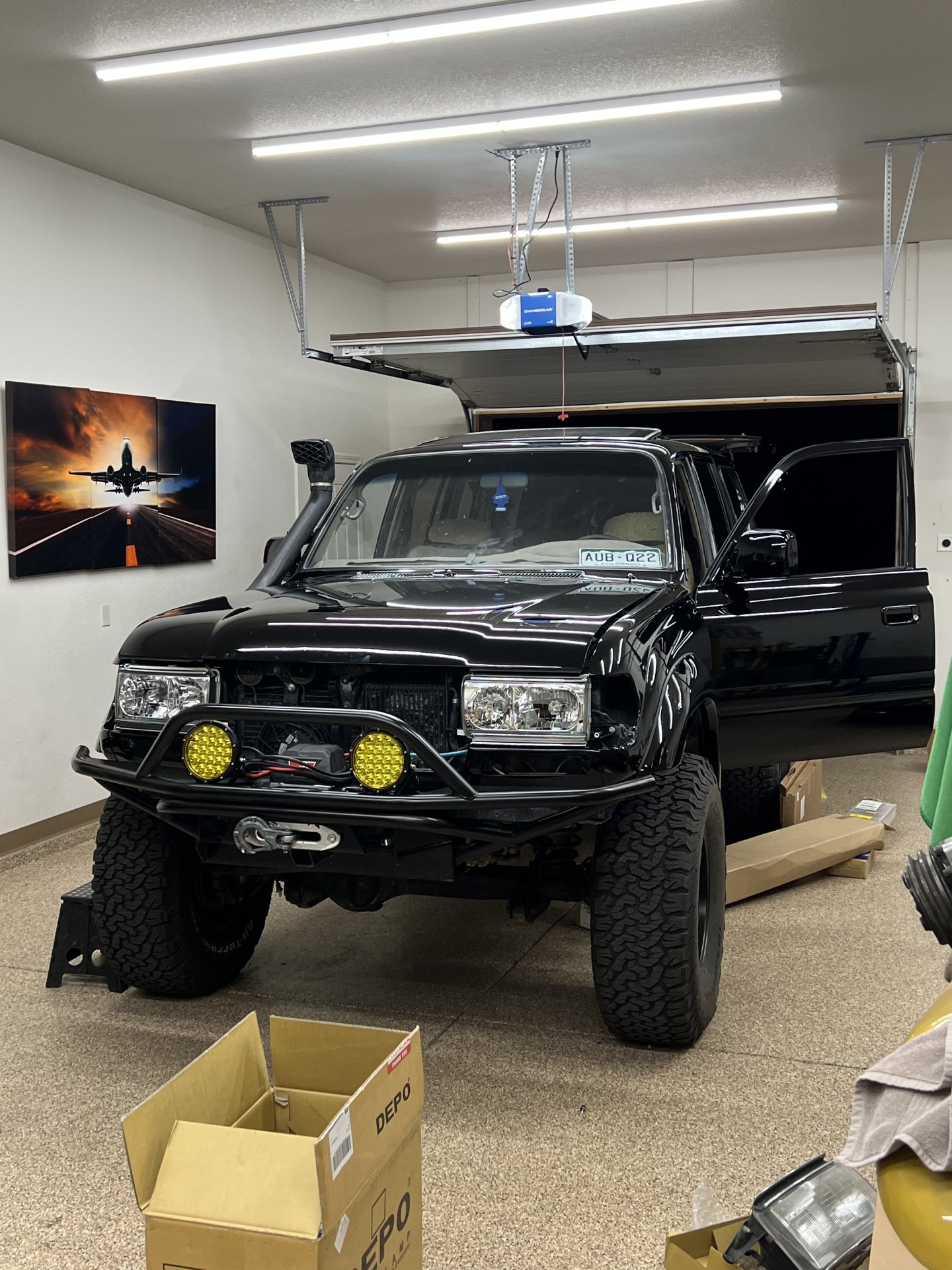 Hi, Maybe someone will add more to my post. Apparently there is one painter at a Marco in the Dallas area that is as good as any painter. I just can’t remember who.
Mike Hanson

"grind and fill"....I am guessing they are going to grind out the rust and fill those spaces with bondo, rust will come back quickly. I would take it to someone to flush well repair the metal first before getting it painted.
Noah's arks of socal LLC: Toyota Landcruiser and 4x4 restoration, modification and fabrication
www.noahsarkstlc.com
[sigpic]6[/sigpic]Noah's Arks Toyota Landcruiser Specialists San Diego
You must log in or register to reply here.

What do you think the easiest engine swap is for your average idiot?
2 3

What would you do?
2

New to site what do you think

What would you guys price a full set of 97 leather OEM LC seats at?
2