imyahucklbrry said:
Would you post this at least one more time!

I think I made my point lol

1Fine40 said:
I'll just throw a word of caution out there on this distributor swap business. A long time ago, I had a stock 77 FJ40 and it needed a tuneup.
I replaced points, plugs and condenser and then set the timing to factory and cranked down the dizzy hold down clamp..wish it was the end of story, but alas, when I cranked down the clamp, it cracked in two behind the dizzy so I did not see it. A week later on a long drive with a vehicle full of kids, the Cruiser started lurching and bucking and acting like fuel pump wasn't keeping up. 50 miles from nowhere, I learned that there was ZERO oil pressure and an engine that was severely damaged.

The dizzy had walked it's way up and that nice flat tang at the bottom that drives the oil pump didn't anymore..so the whole engine got pretty toasted due to lack of lubrication...

. Thus began my journey to the dark side with a V8 conversion.

Sad but true story, so keep a wary eye on the condition of the hold down clamp!!! I've seen not a few of the OEM clamp on other's rigs cracked since then and I hope to save a few others from a similar fate as mine..remember, if you can't be good for anything else, at least be a good Bad example!! 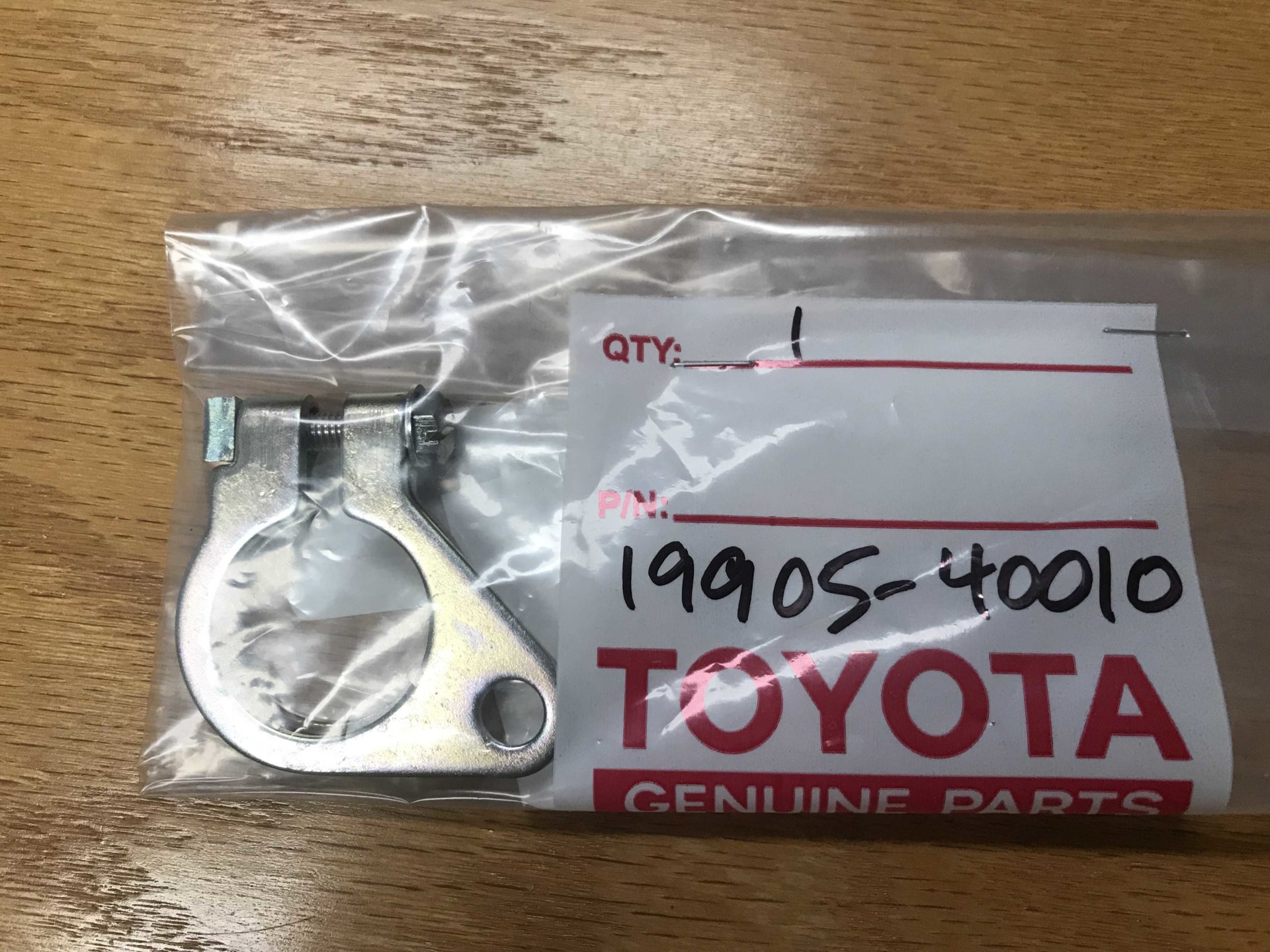 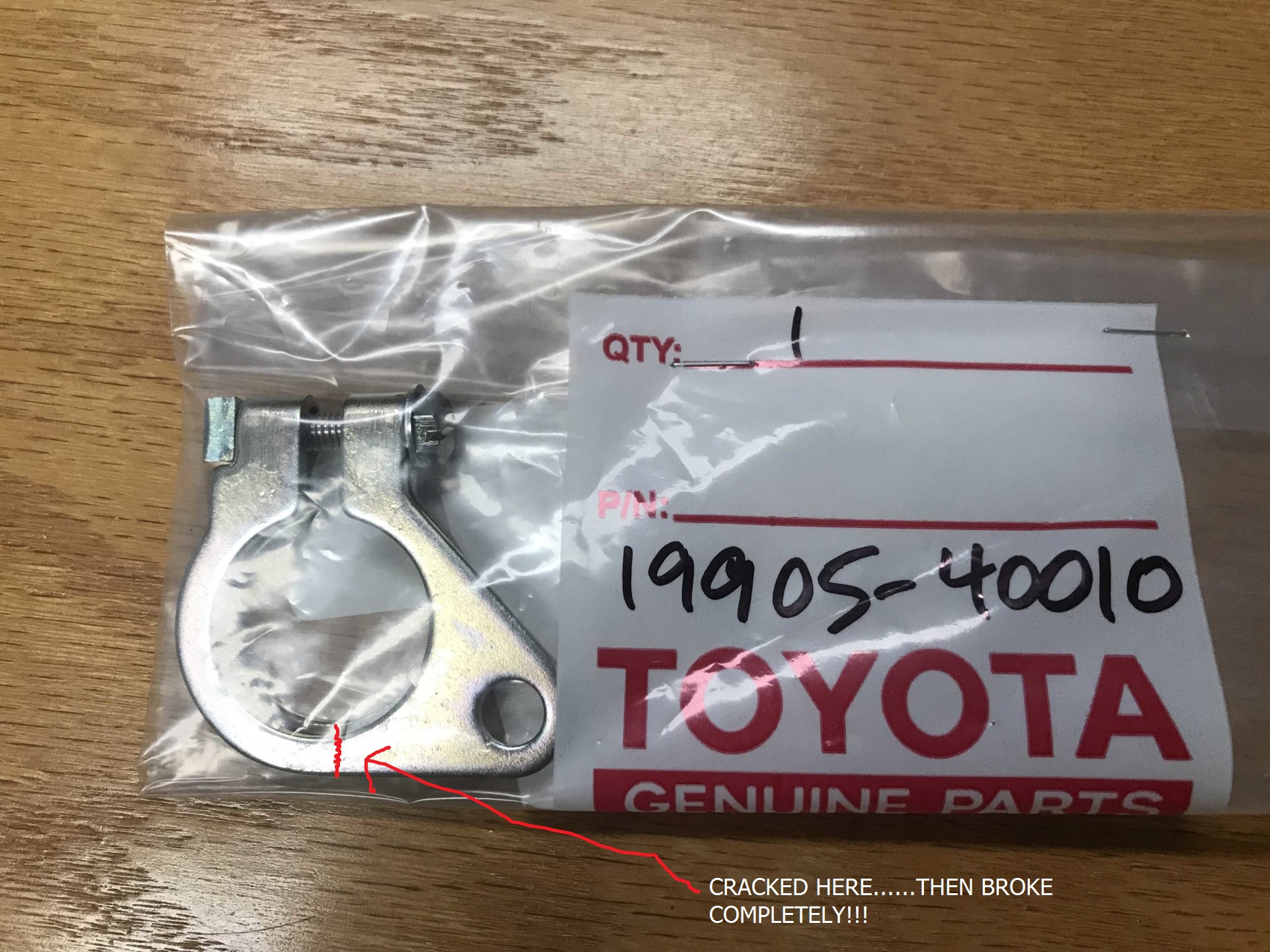 New parts installed, timing set, locked down the dizzy and drove it to work today. 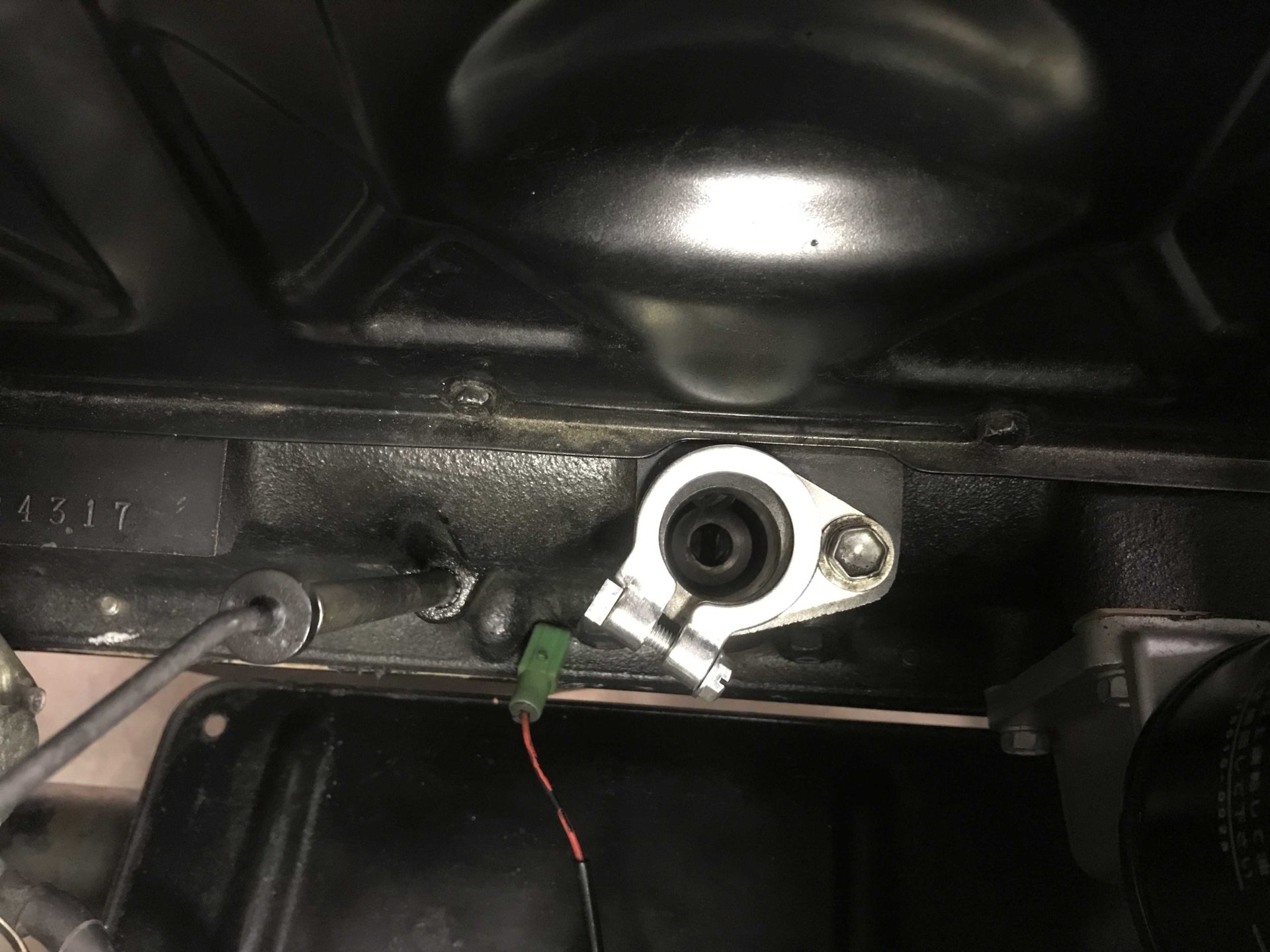 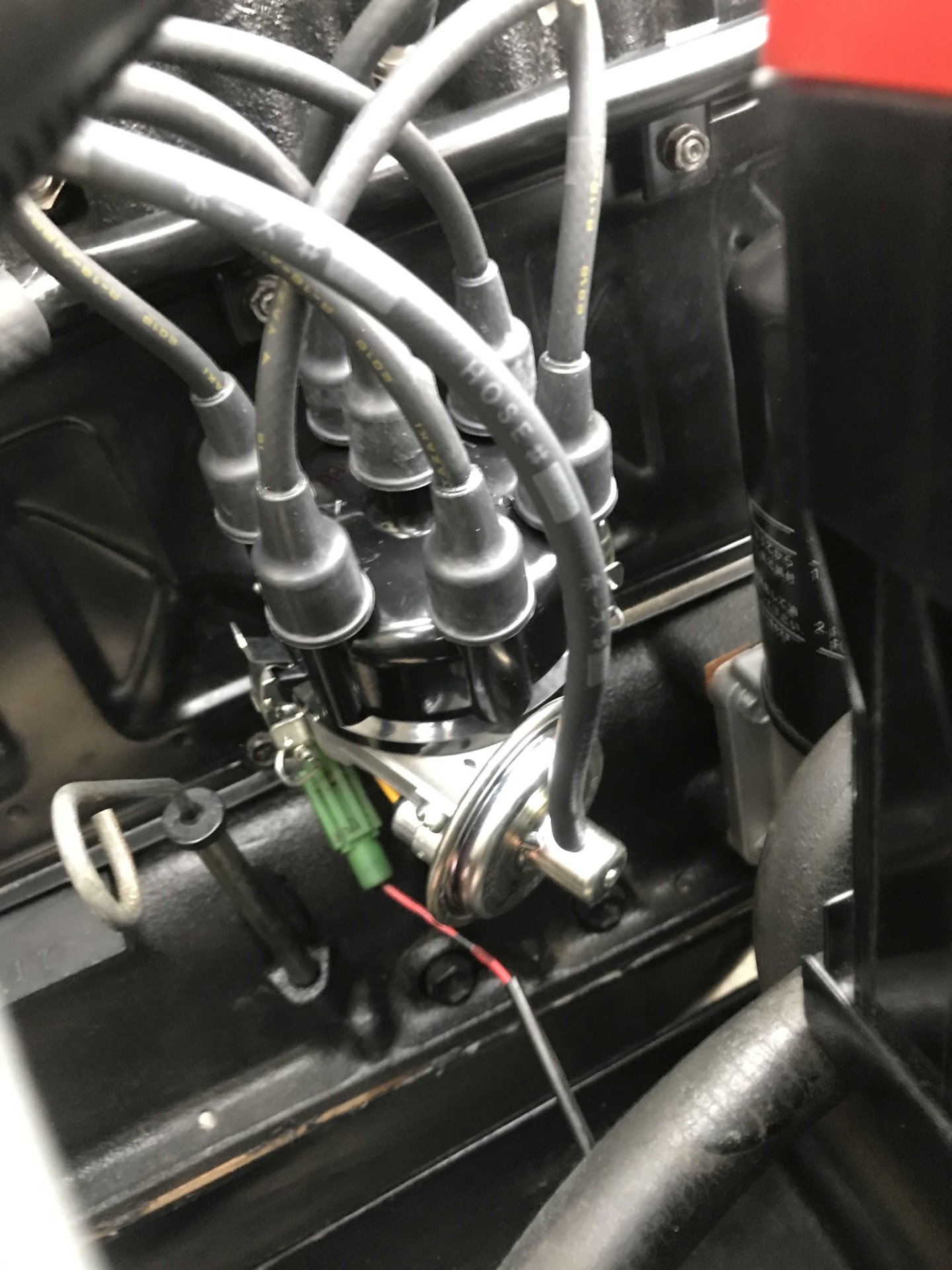 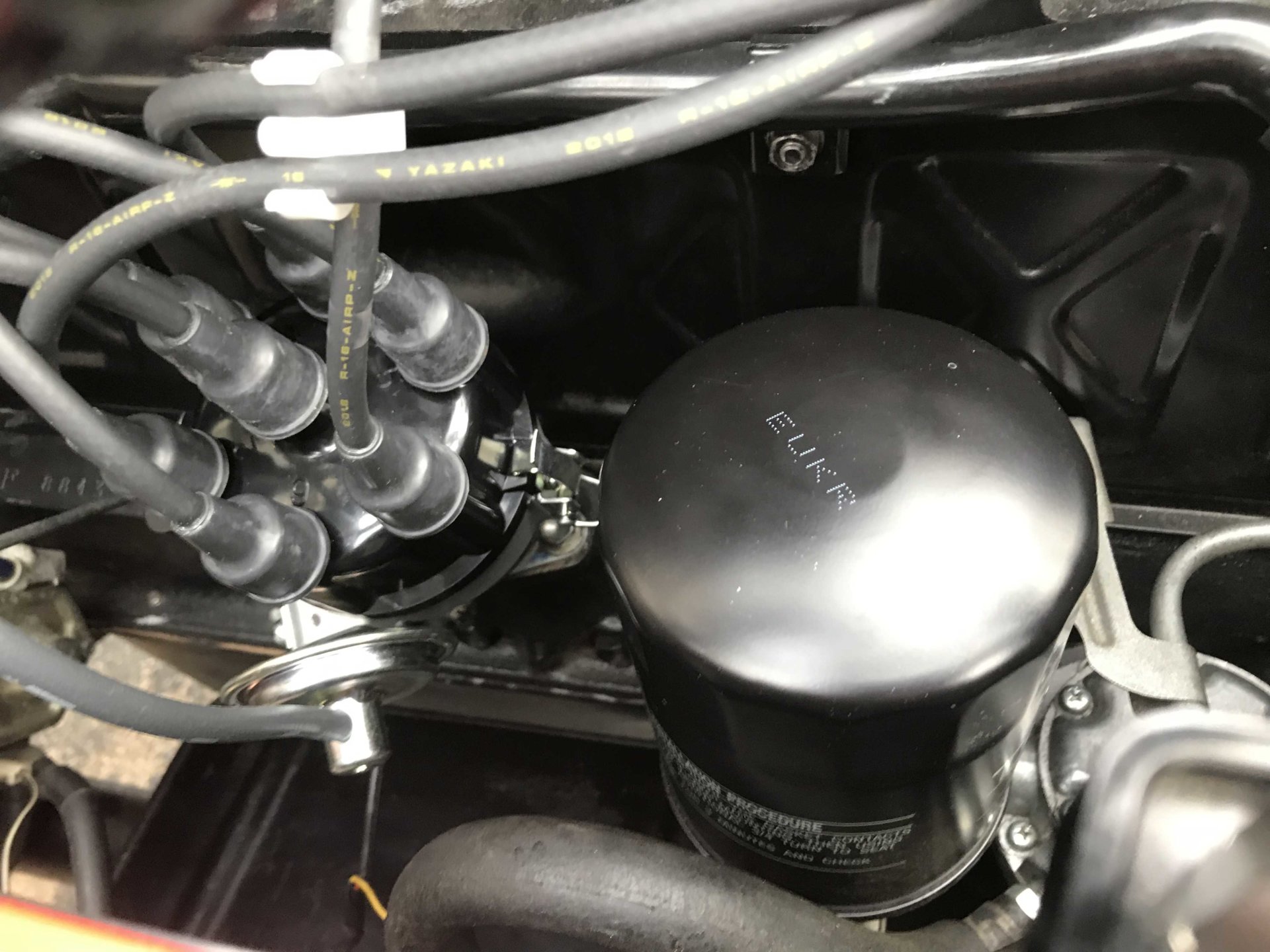 Super clean install as usual. Glad you got everything squared away!

I haven't pulled a vacuum reading on my rig in a while, so after I went for an evening drive last night, pulled out the tester. The engine seems happy with about a 19 -Hg, sweet. 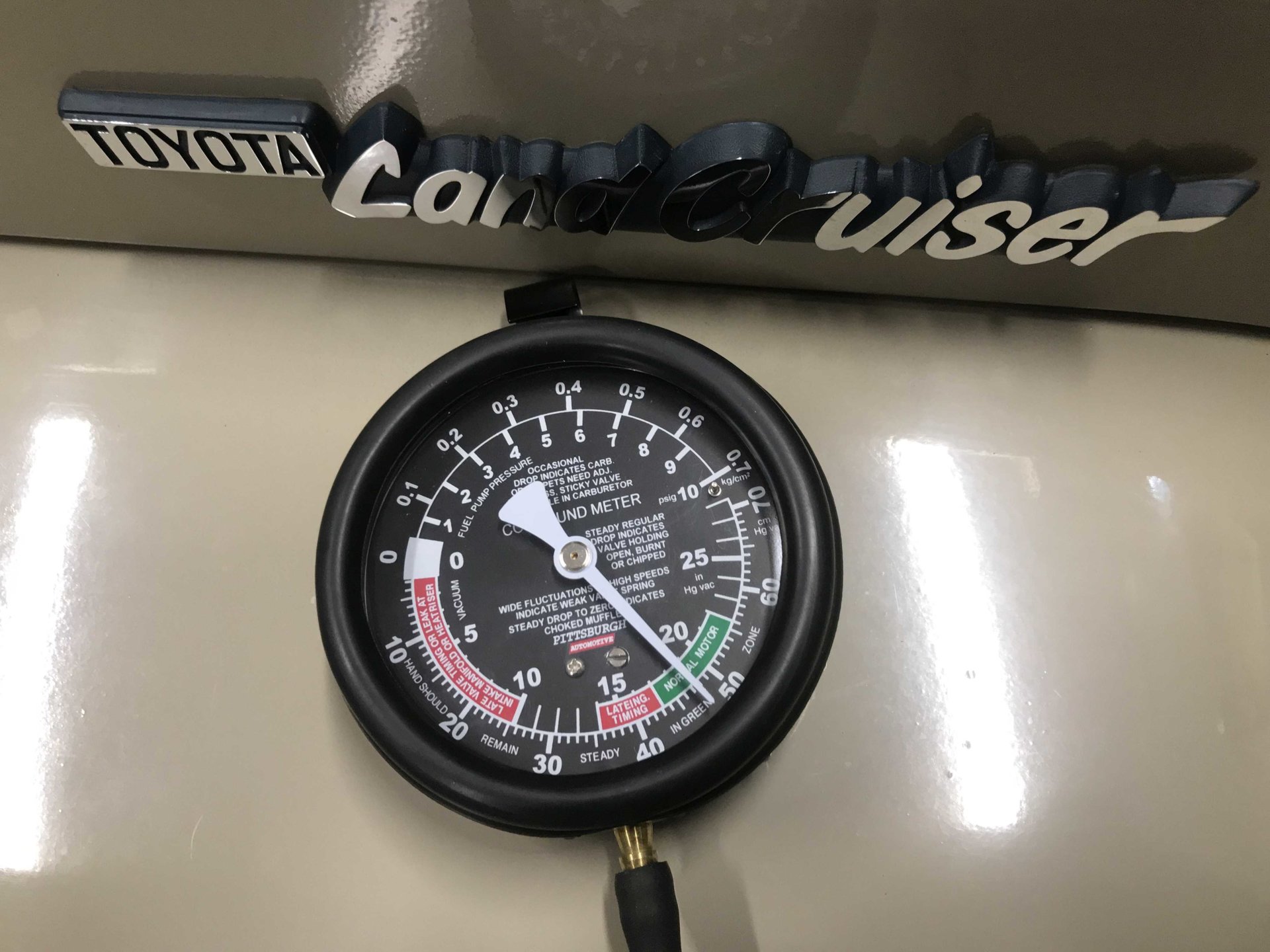 Waiting for my Weeeeebay vacuum meter to come in so I can install it on the dash. Installation will be flush mounted in one of the existing OEM holes, using these items below. 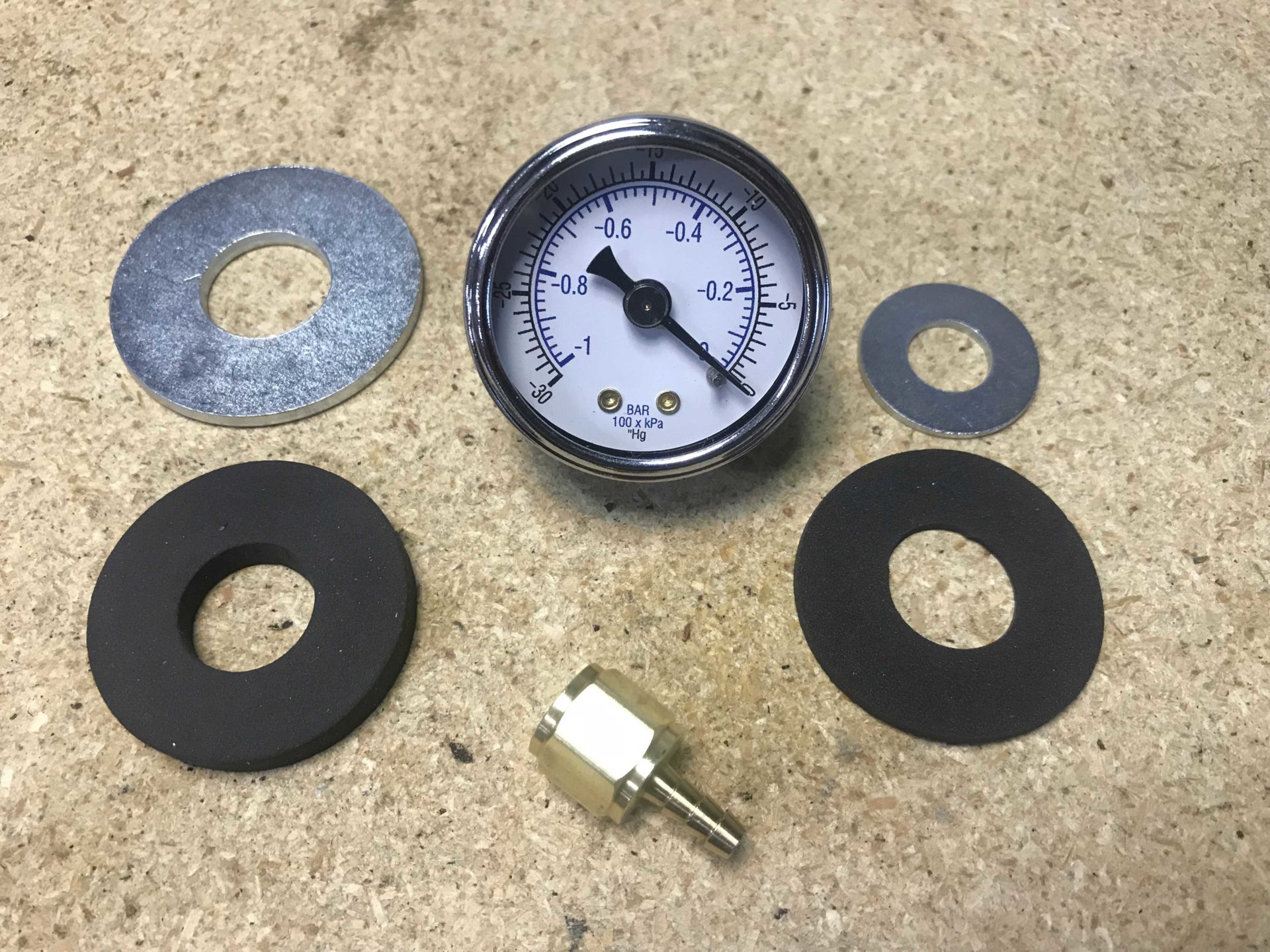 Rick, please link the source for the ‘no mods needed’ vacuum guage. It would make my life a lot easier if more people had these BEFORE they started asking engine questions.

65swb45 said:
Rick, please link the source for the ‘no mods needed’ vacuum guage. It would make my life a lot easier if more people had these BEFORE they started asking engine questions.
Click to expand... 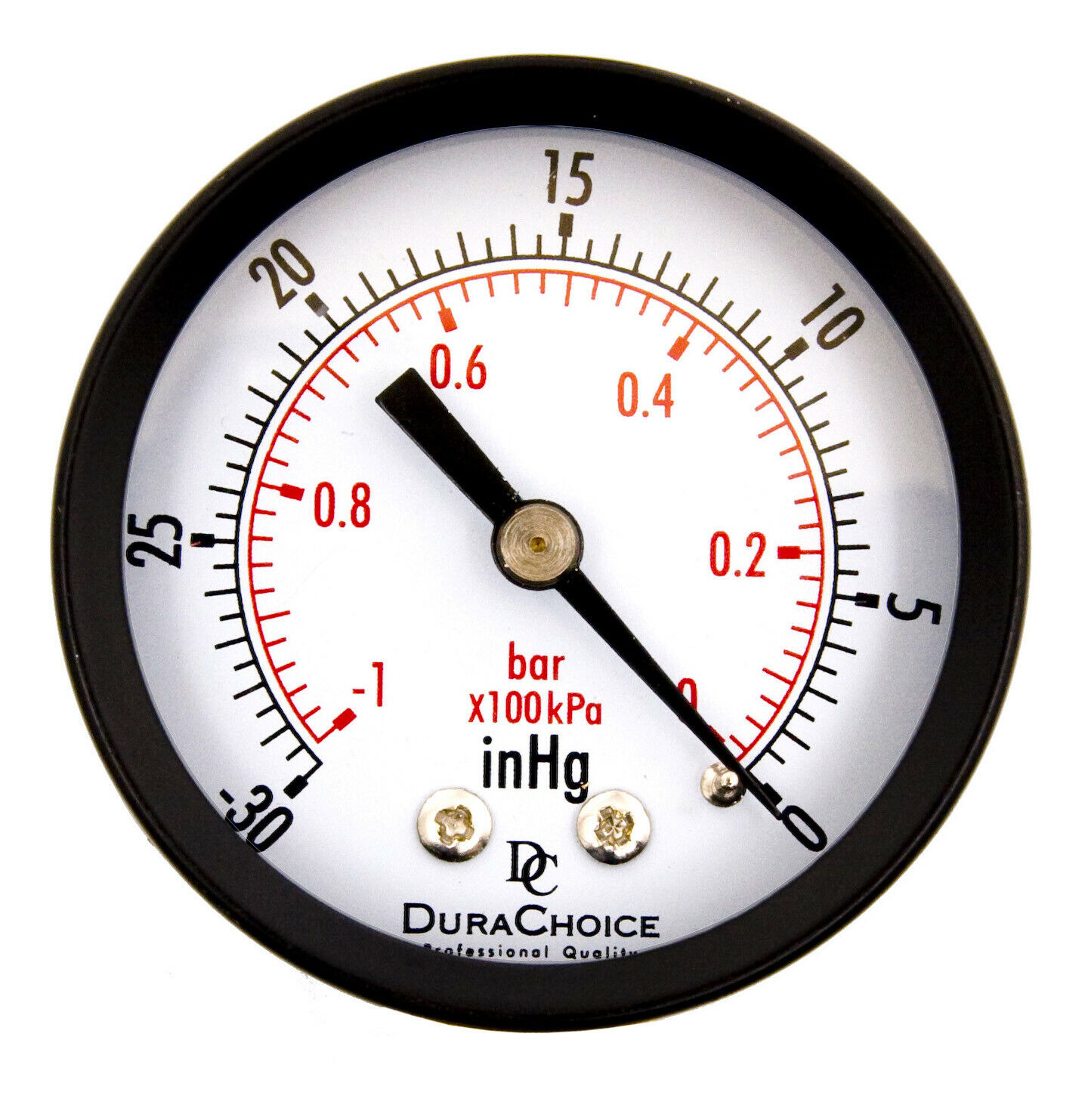 The large metal washers were obtained from HD and the neoprene washers (1.5" OD x .5" ID) were punched out of some random stuff I have. The thin neoprene washer will go directly behind the gauge against the dash, and the thicker one will be used behind the dash to take up the slack between the dash, washers & hose fitting.

Plan will be to use the larger dash plug location for this gauge. 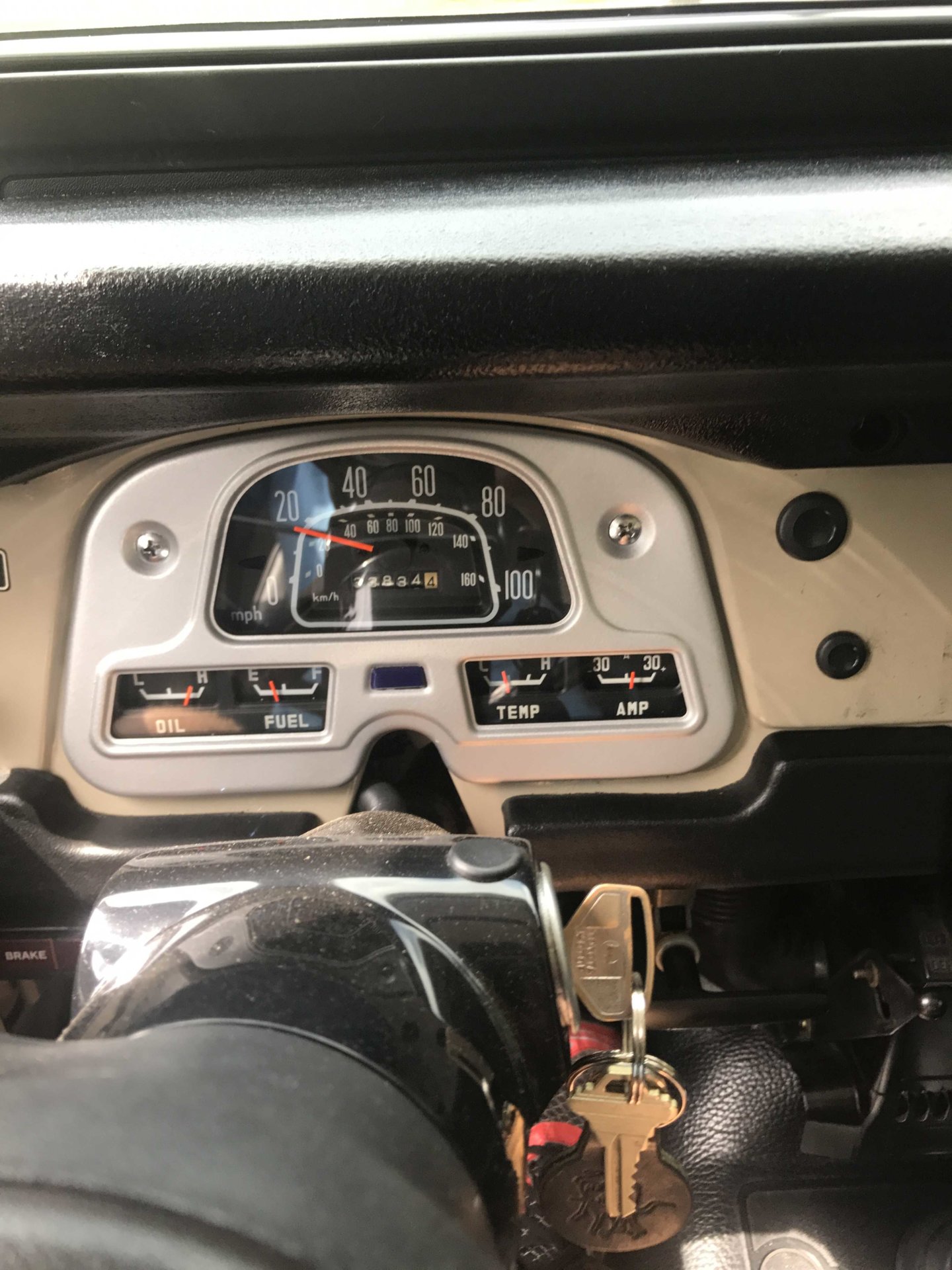 As soon as I get the notion, I'll make this happen and write it up. May go ahead and install the 1.5" vacuum gauge this weekend just to see how it does.

Even better! You will be the guinea pig! I look forward to both the short and long term evaluations.

Back in the '80s and '90s I used to recommend and install Stewart Warner gauges. But after they moved overseas and the quality tanked, I've just told customers to get whatever they can.

65swb45 said:
Even better! You will be the guinea pig! I look forward to both the short and long term evaluations.

Back in the '80s and '90s I used to recommend and install Stewart Warner gauges. But after they moved overseas and the quality tanked, I've just told customers to get whatever they can.
Click to expand...


Spent some time in the shop this evening....decided it was time to make this vacuum gauge installation happen. My first thought after the install, it doesn't look so bad on the dash, I can live with it. So here are some pics. 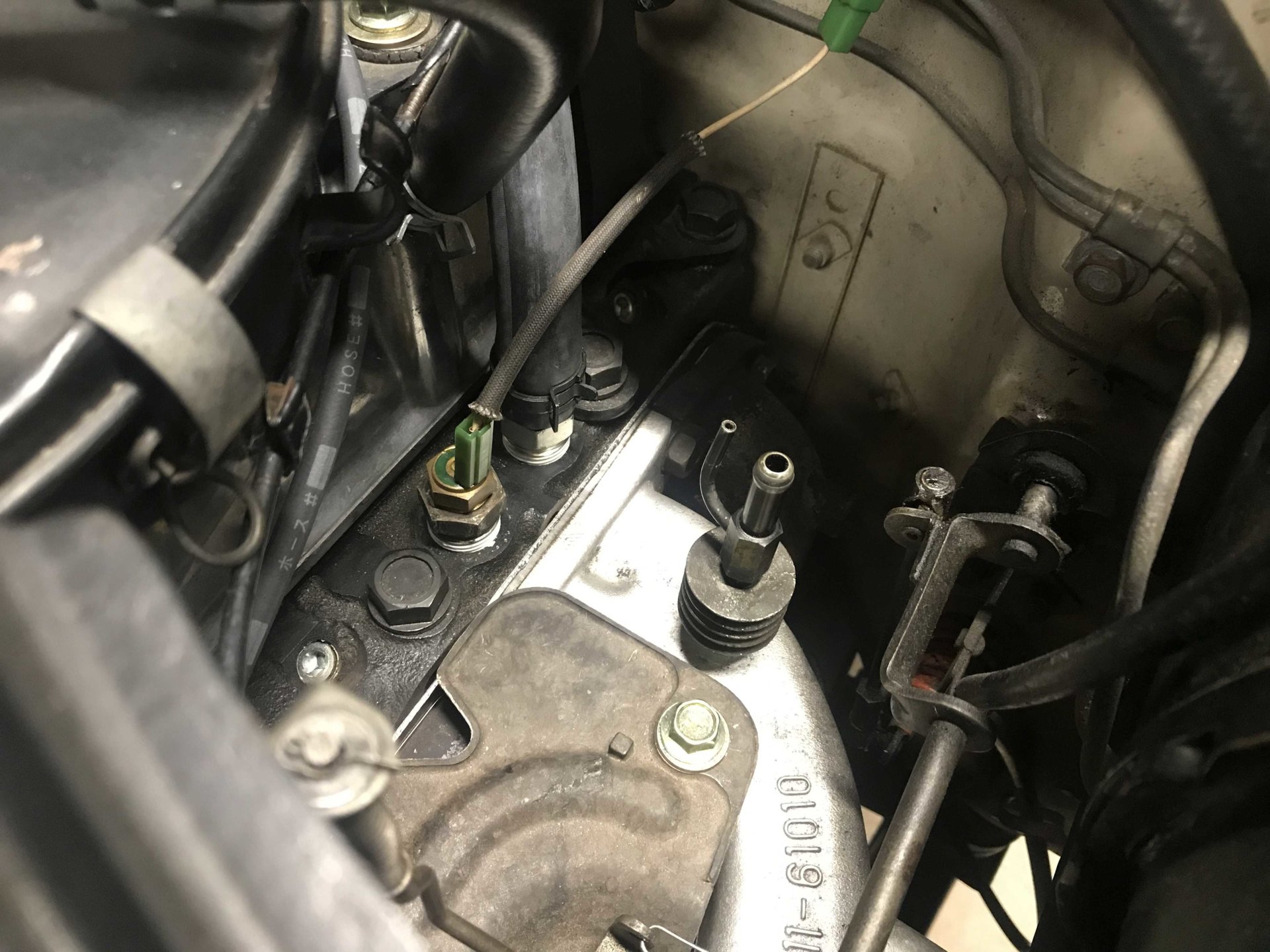 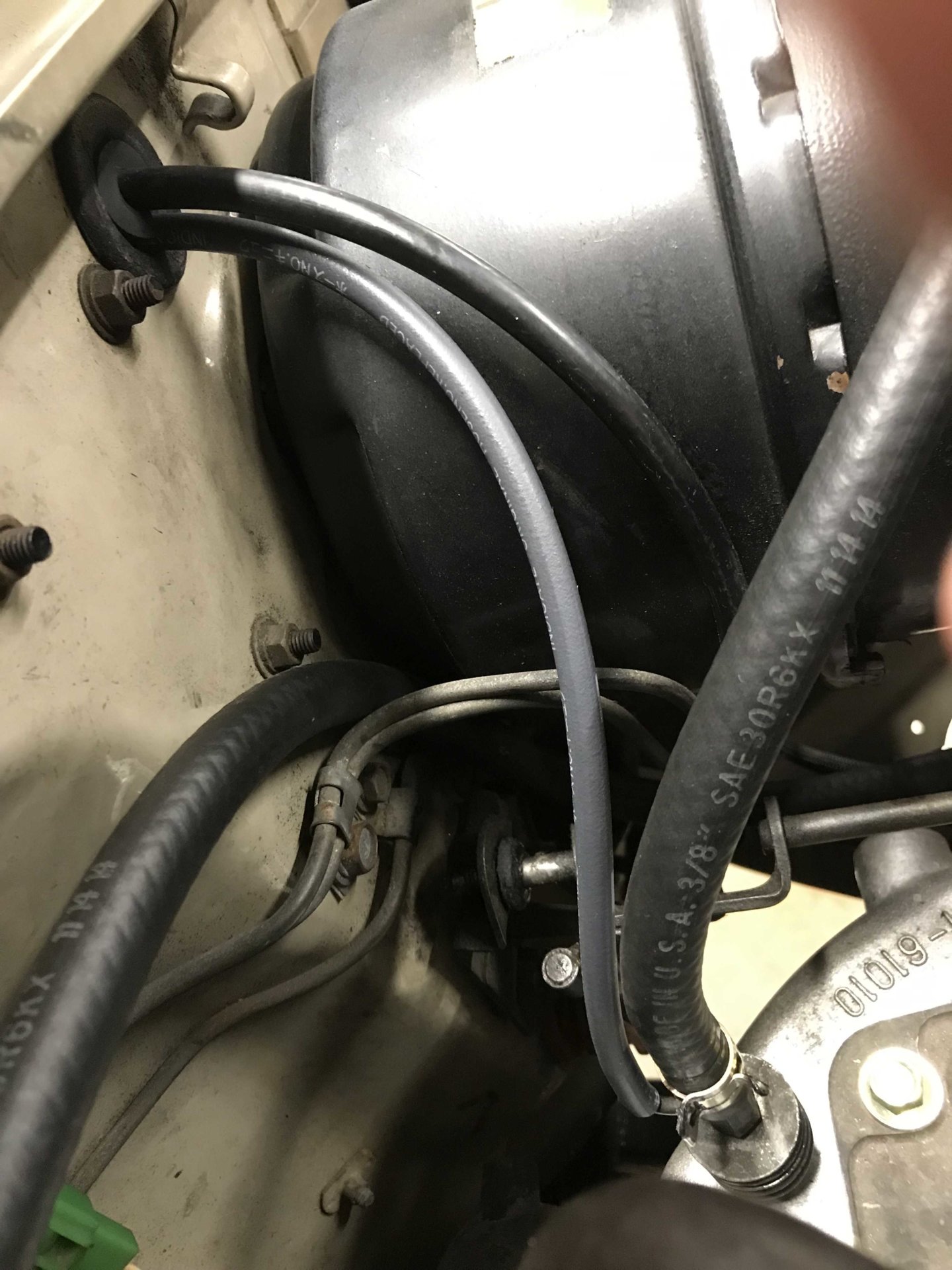 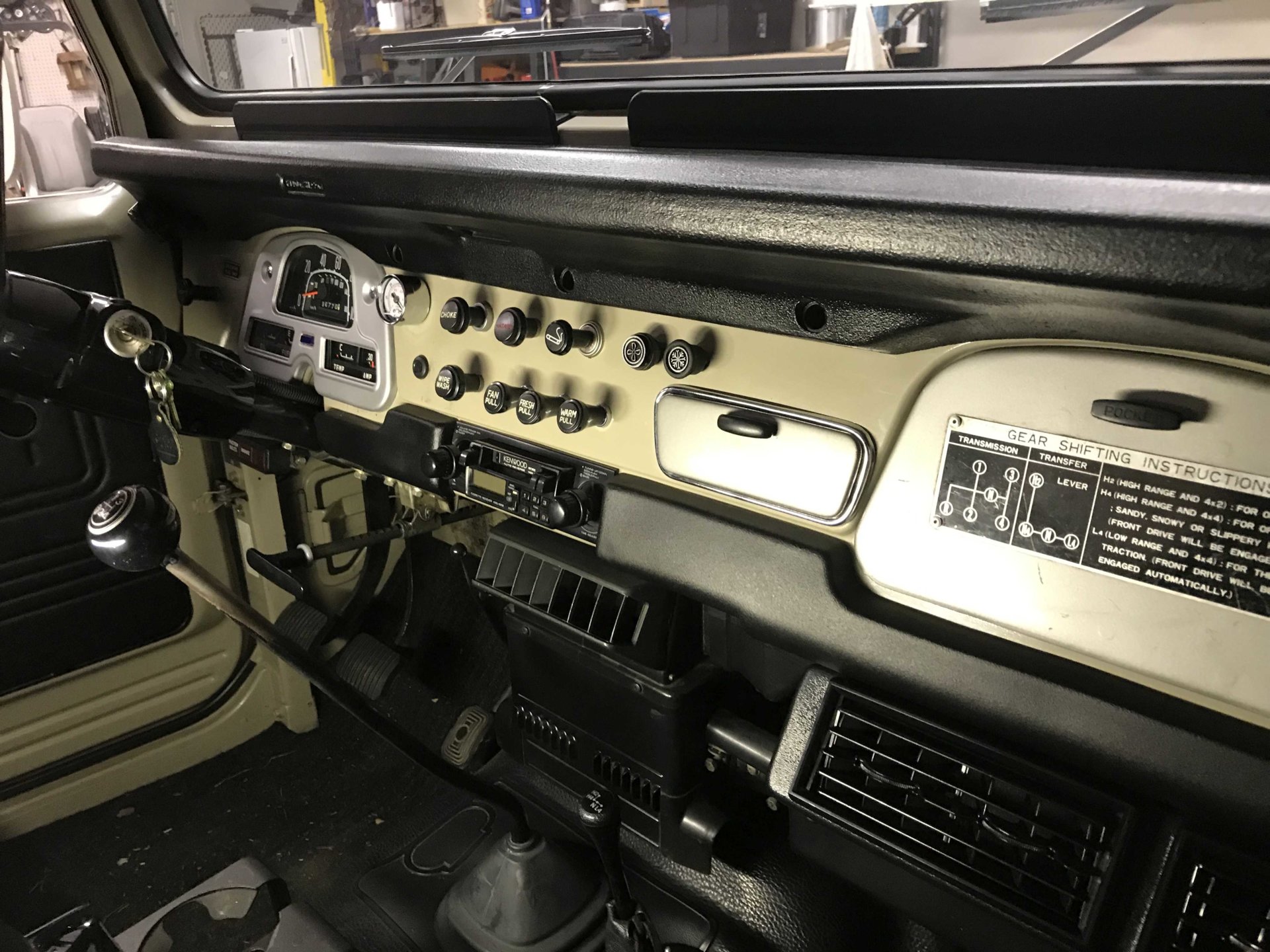 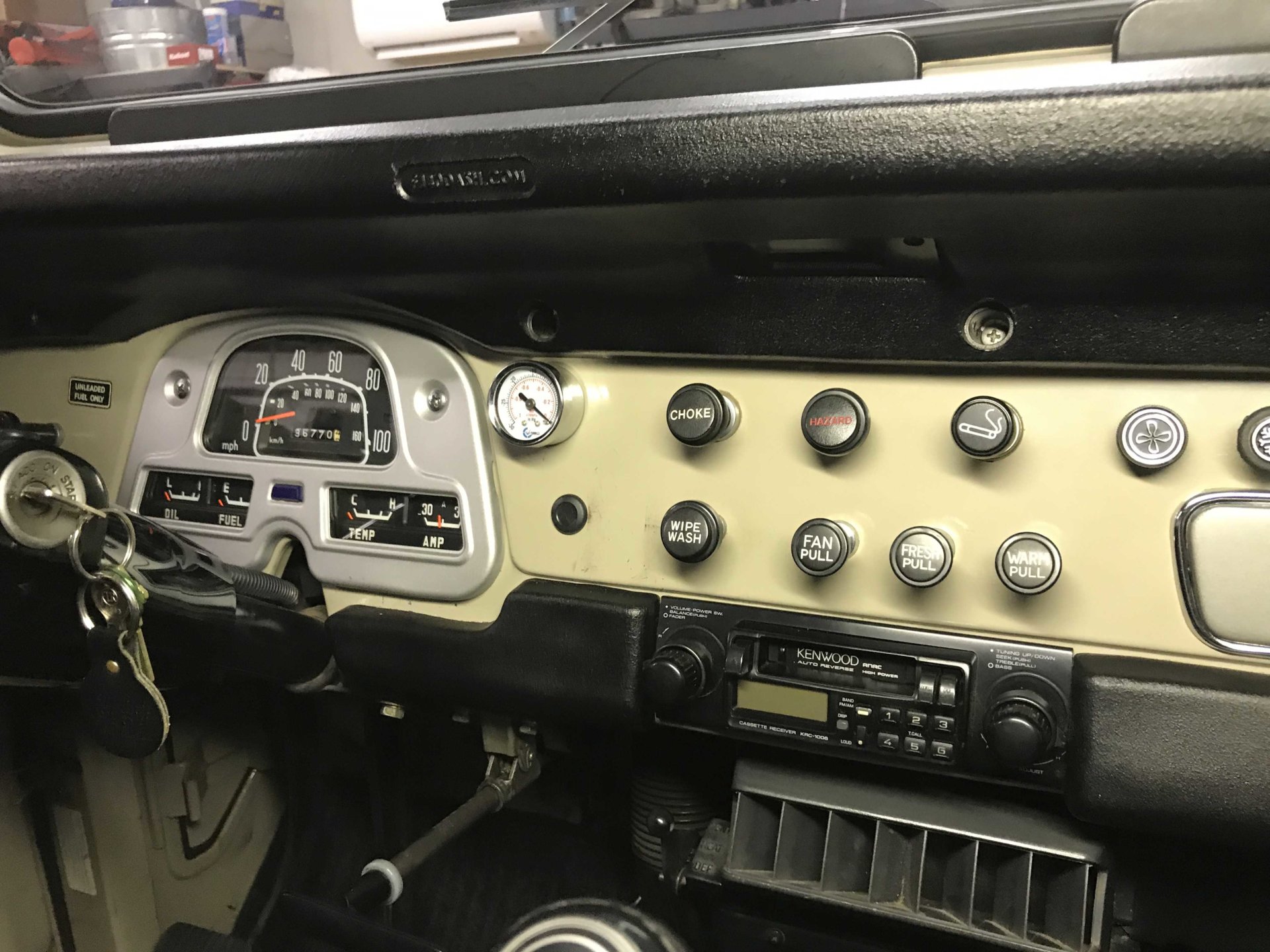 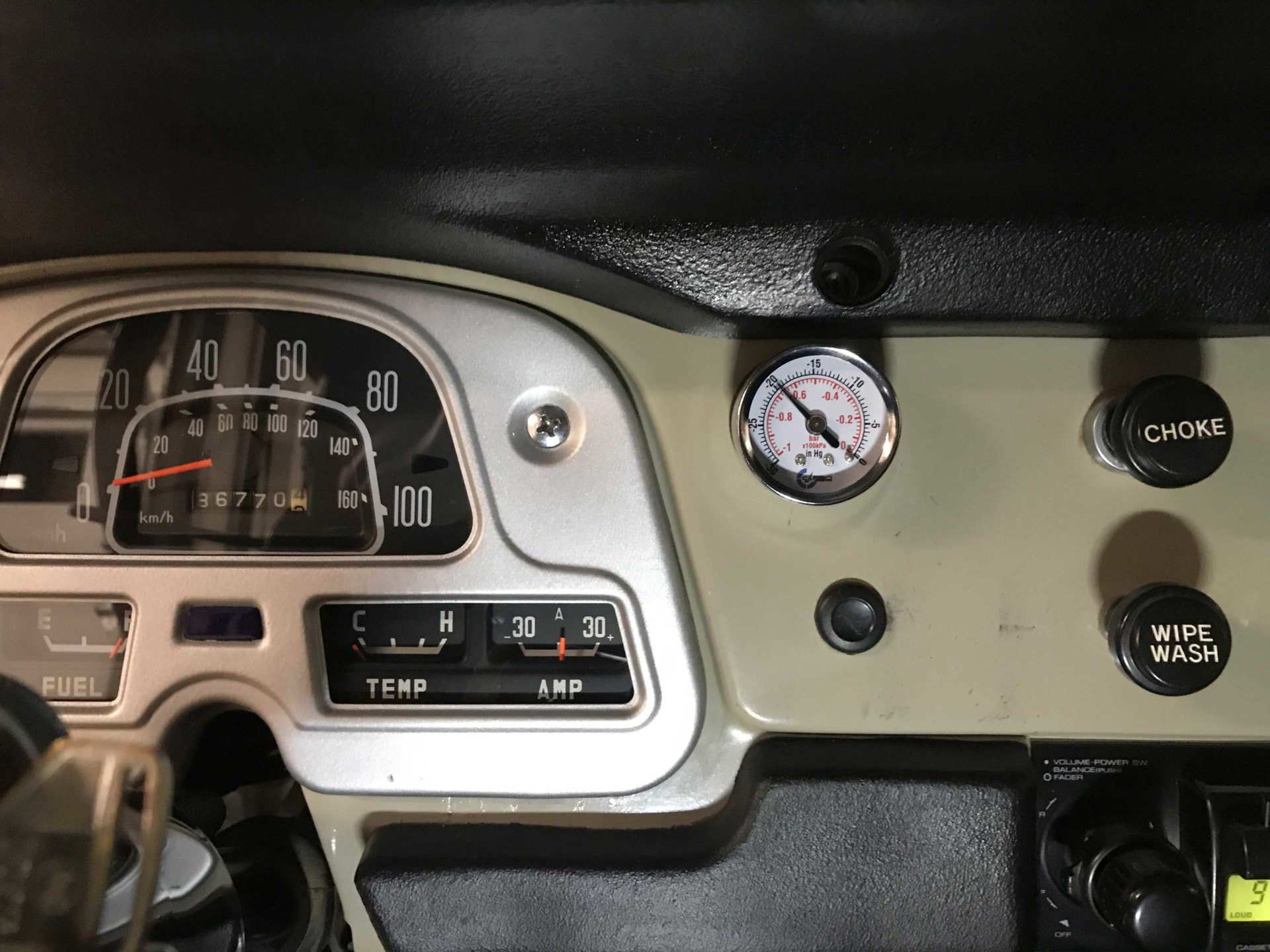 For a very inexpensive gauge, it seemed to work during my test run in the shop. Now let's see how durable this little unit will be.

Note about durability, I did drop one of these gauges and the dang thing sits at 5 -Hg sitting on the bench, trashed it.....So I'm not too confident about the durability, but I do have the neoprene washers installed for some protection. None the less, time will tell.

Unloading some office stuff this morning, thought it looked good under the street lamp and decided to take a few pics. 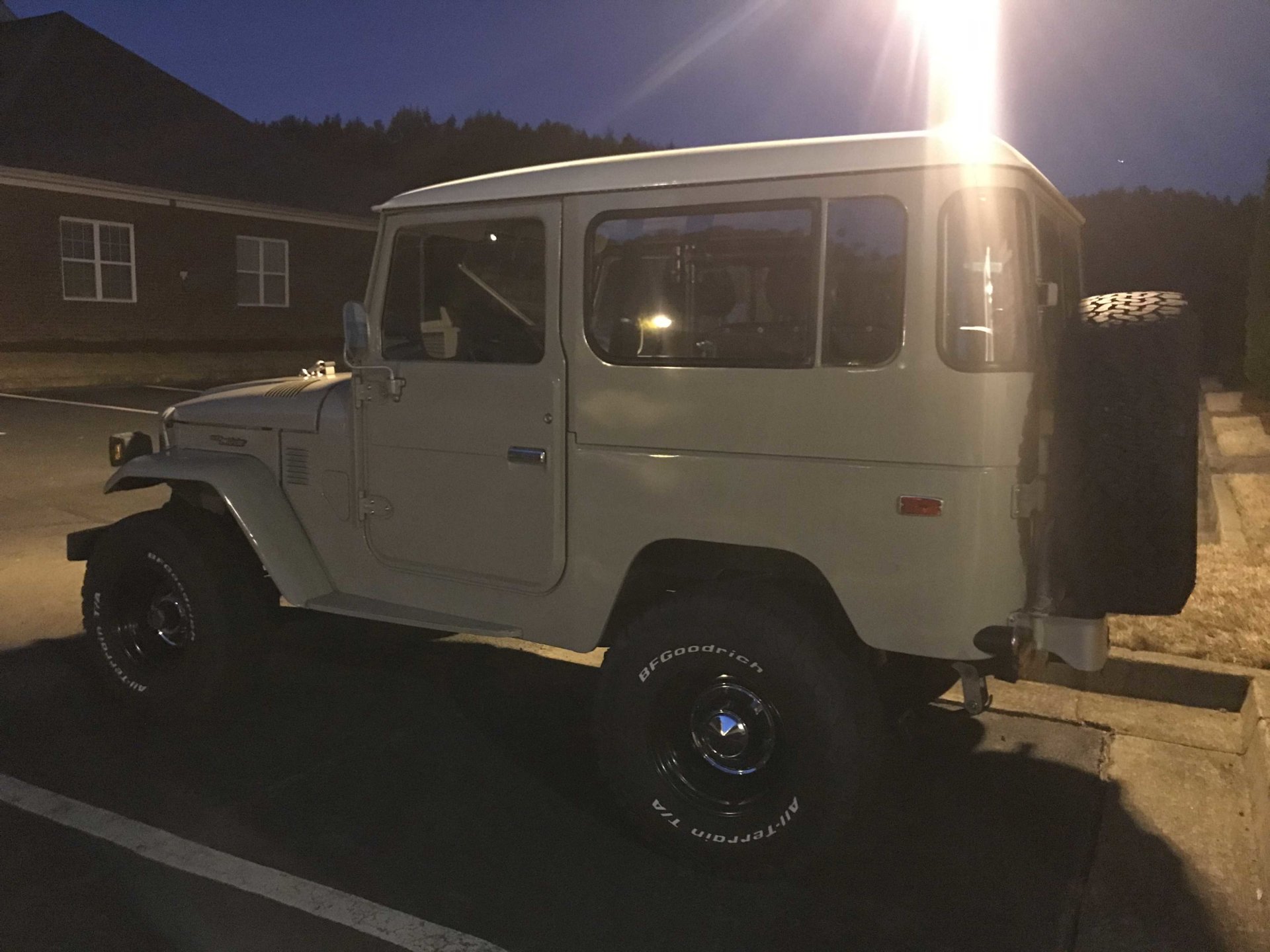 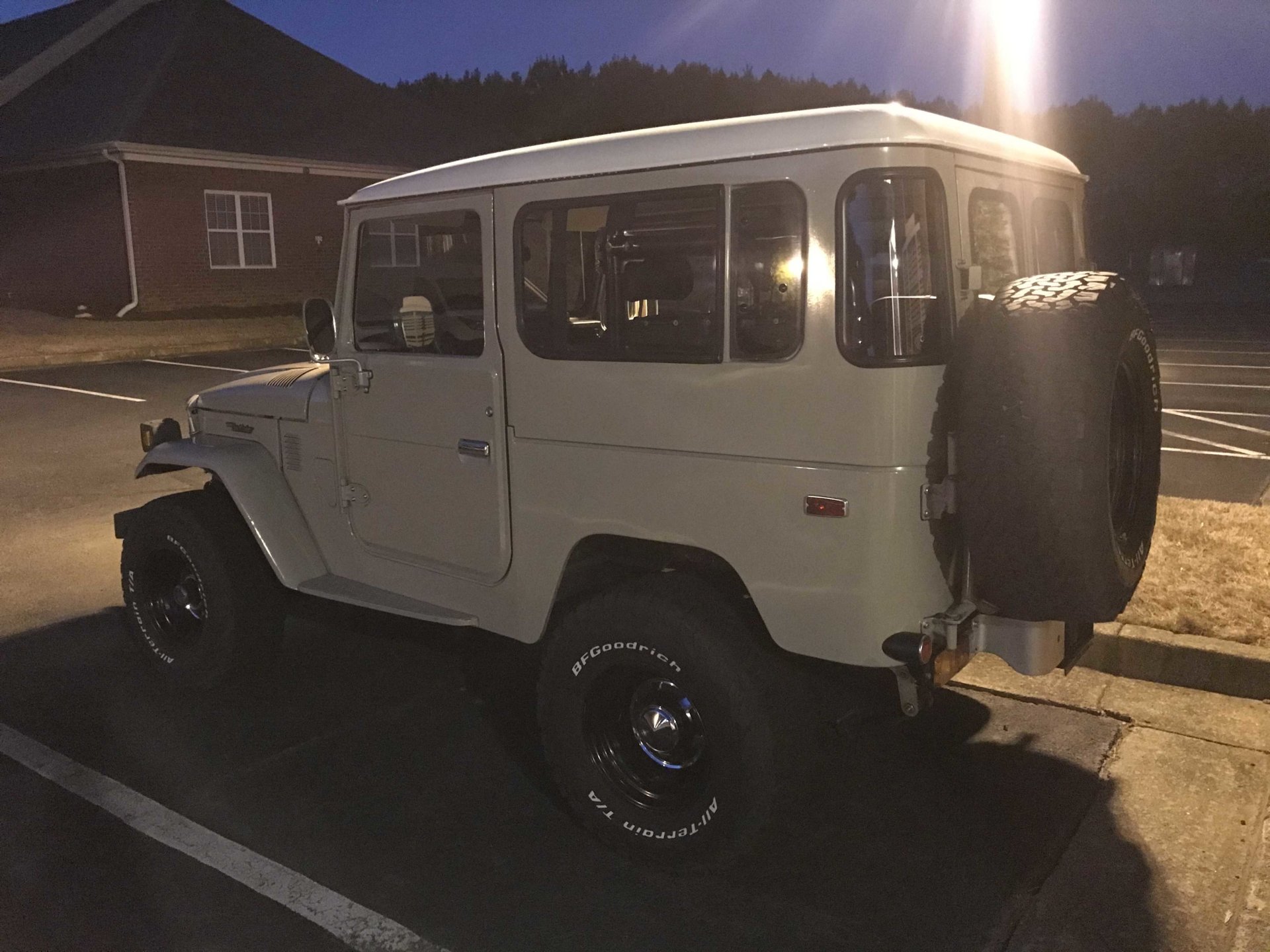 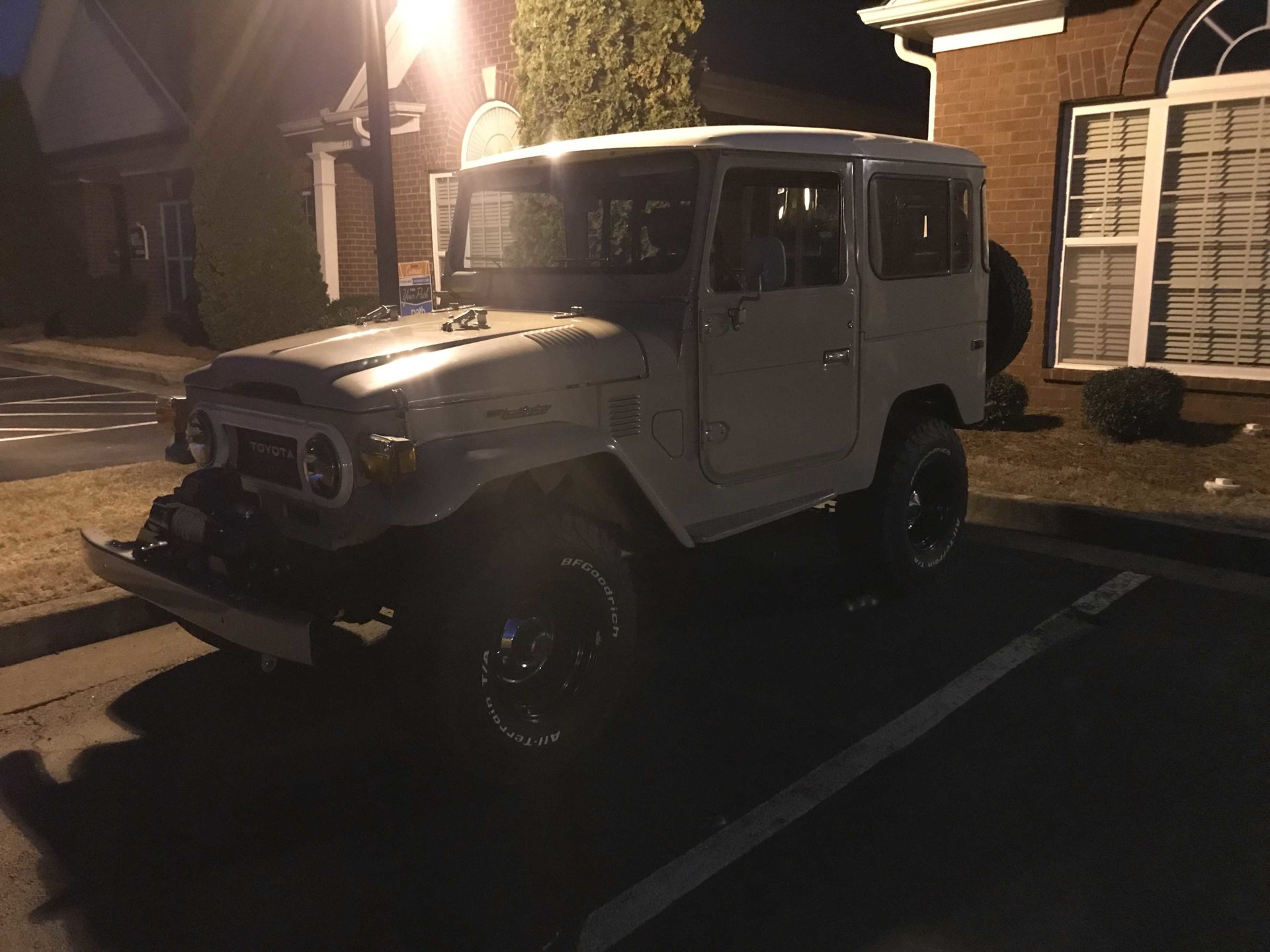 Note, it's about time for an oil change....come Saturday, I'll spend some quality time in the shop.

It's the little things, sticker installed..... 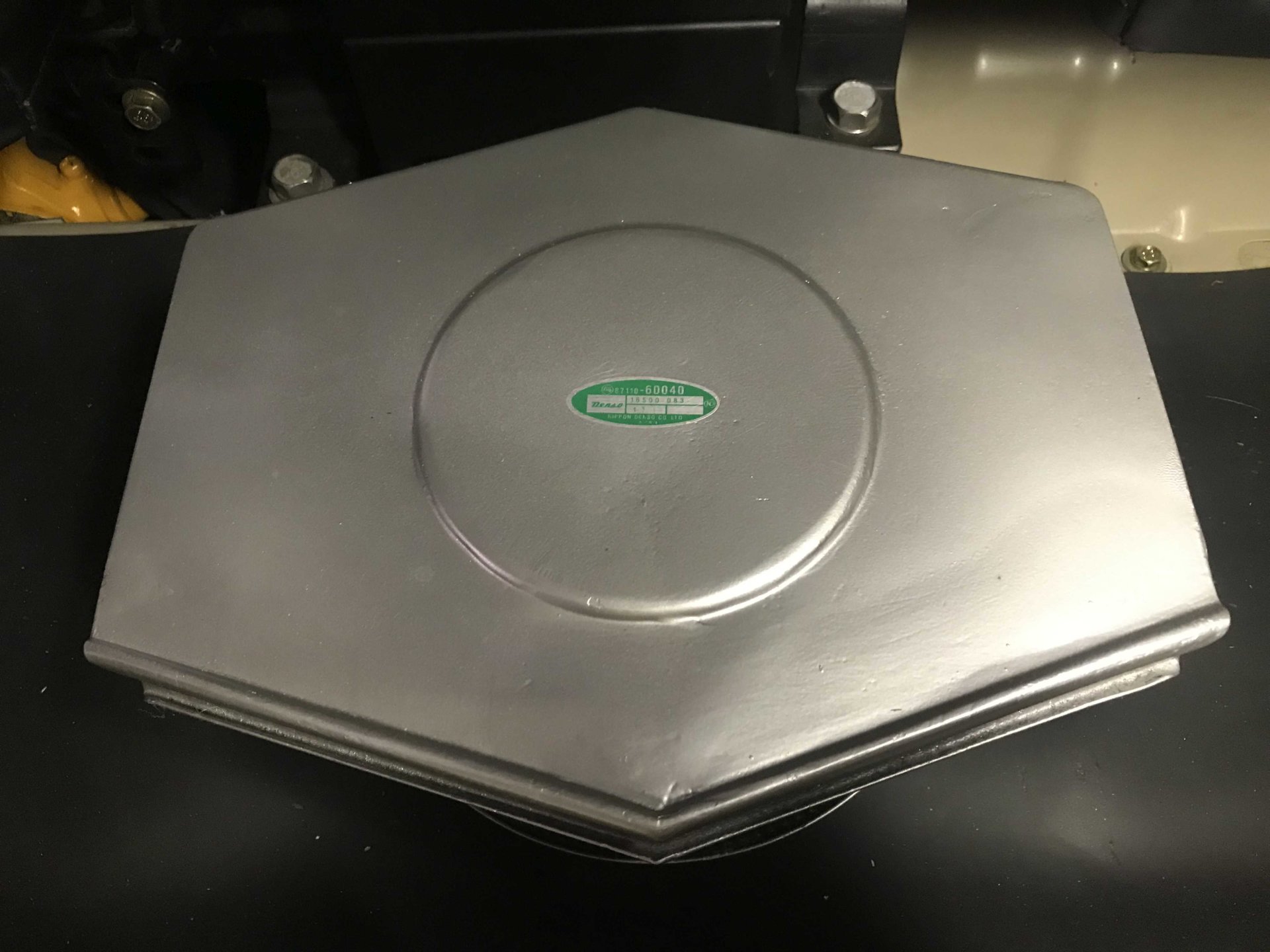 Give in. Join the rest of us groupies

It was time for an oil change. So I filled with 8 quarts of the dino & spun on a B-2, just what the 2F needed. 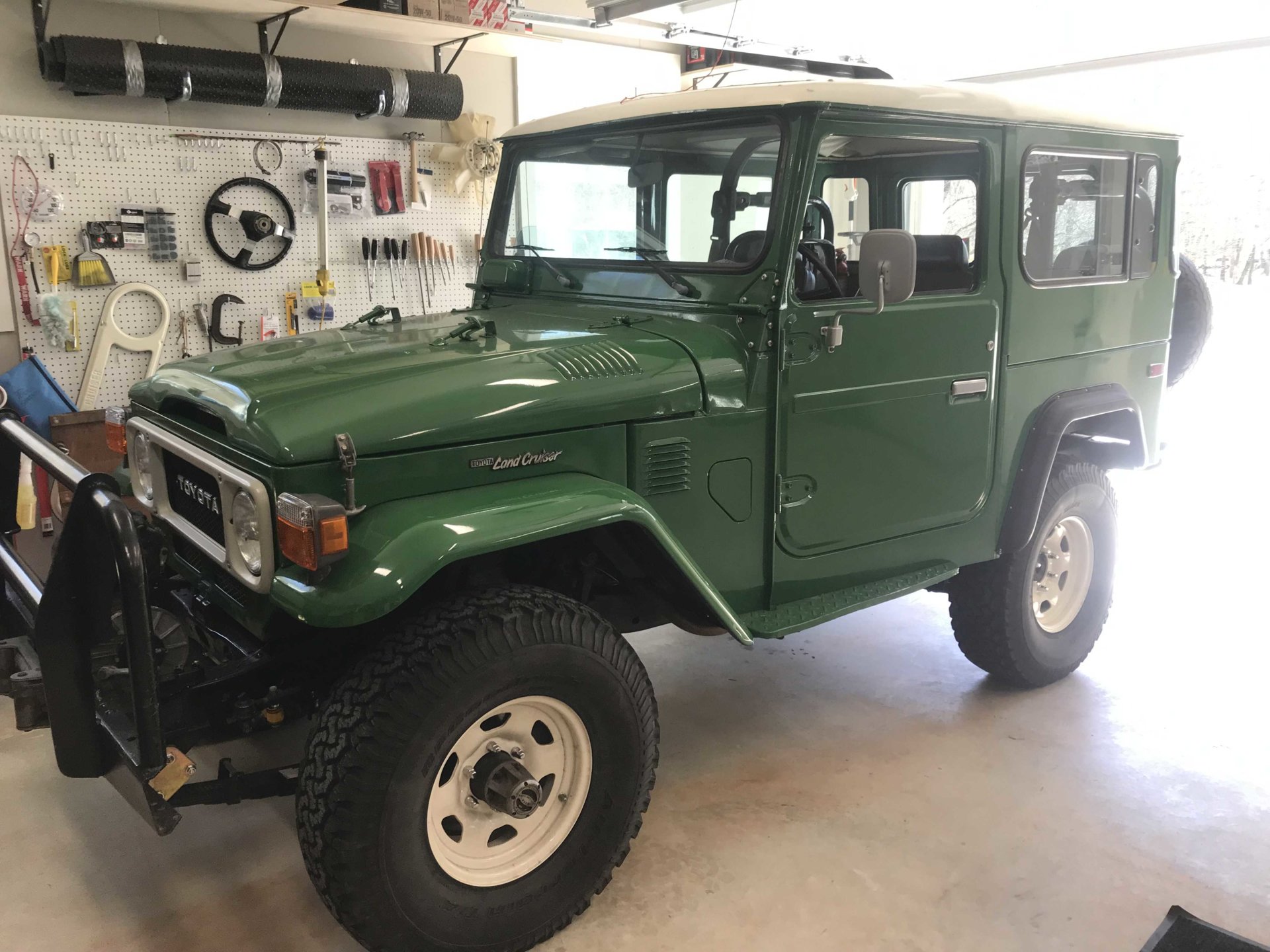 Nice rig my friend has!

65swb45 said:
Even better! You will be the guinea pig! I look forward to both the short and long term evaluations.
Click to expand...

Short Term Review: Over a month with the new vacuum gauge installed, and it is still doing the job it's asked to do. Nice to be able to see how the vacuum in the intake fluctuates at different driving conditions and under load. Seems like I'm more cognizant of the pressure on the skinny pedal these days?!?!

Alright....I've been resisting the urge to get one of these toys, but it finally got the better of me. So I'll start with a cheap-ass unit! Heck the cart was twice as much as the MIG welder itself. I figured when I learn to lay a good bead down with this unit, I'll up-grade. 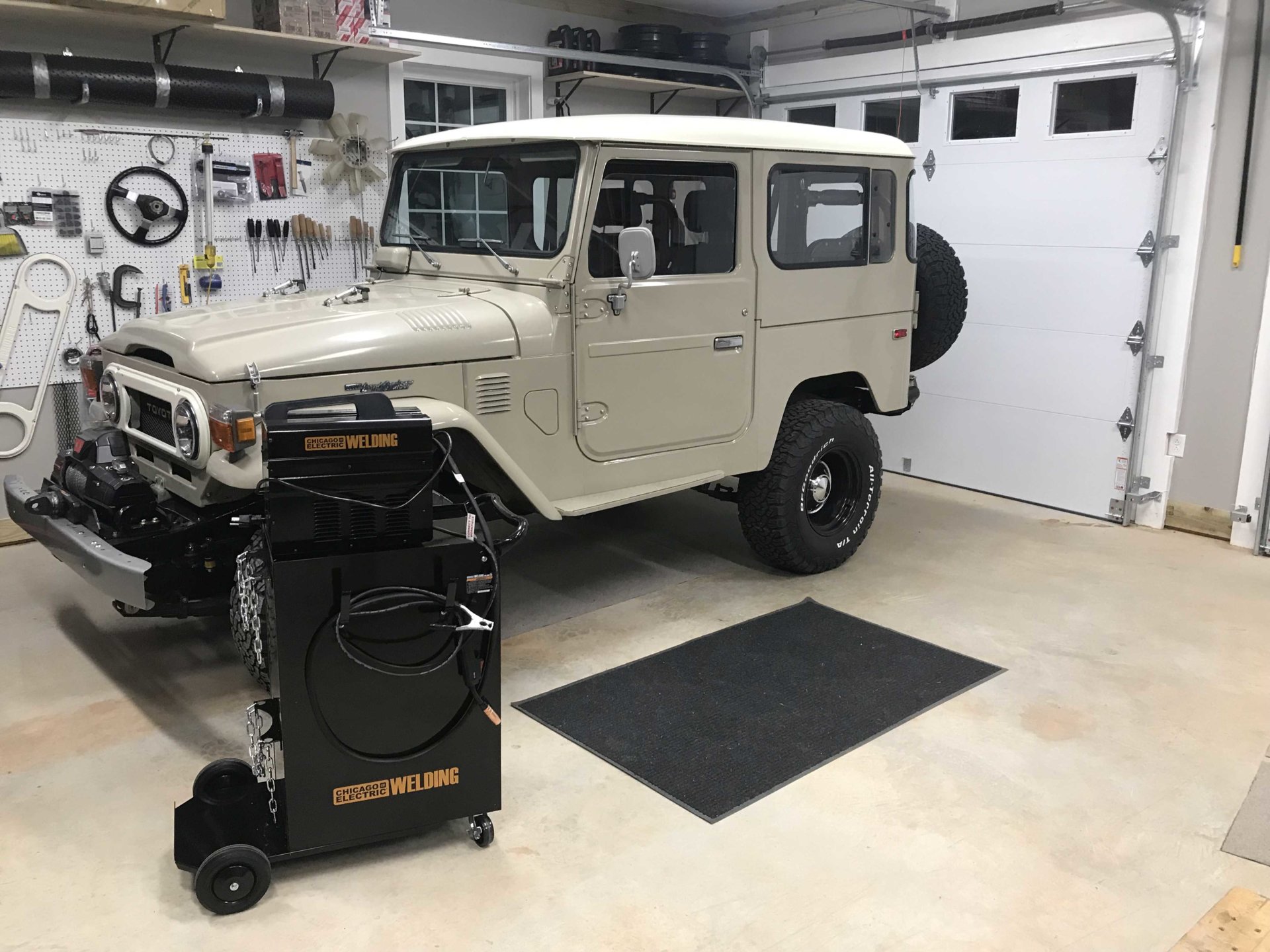 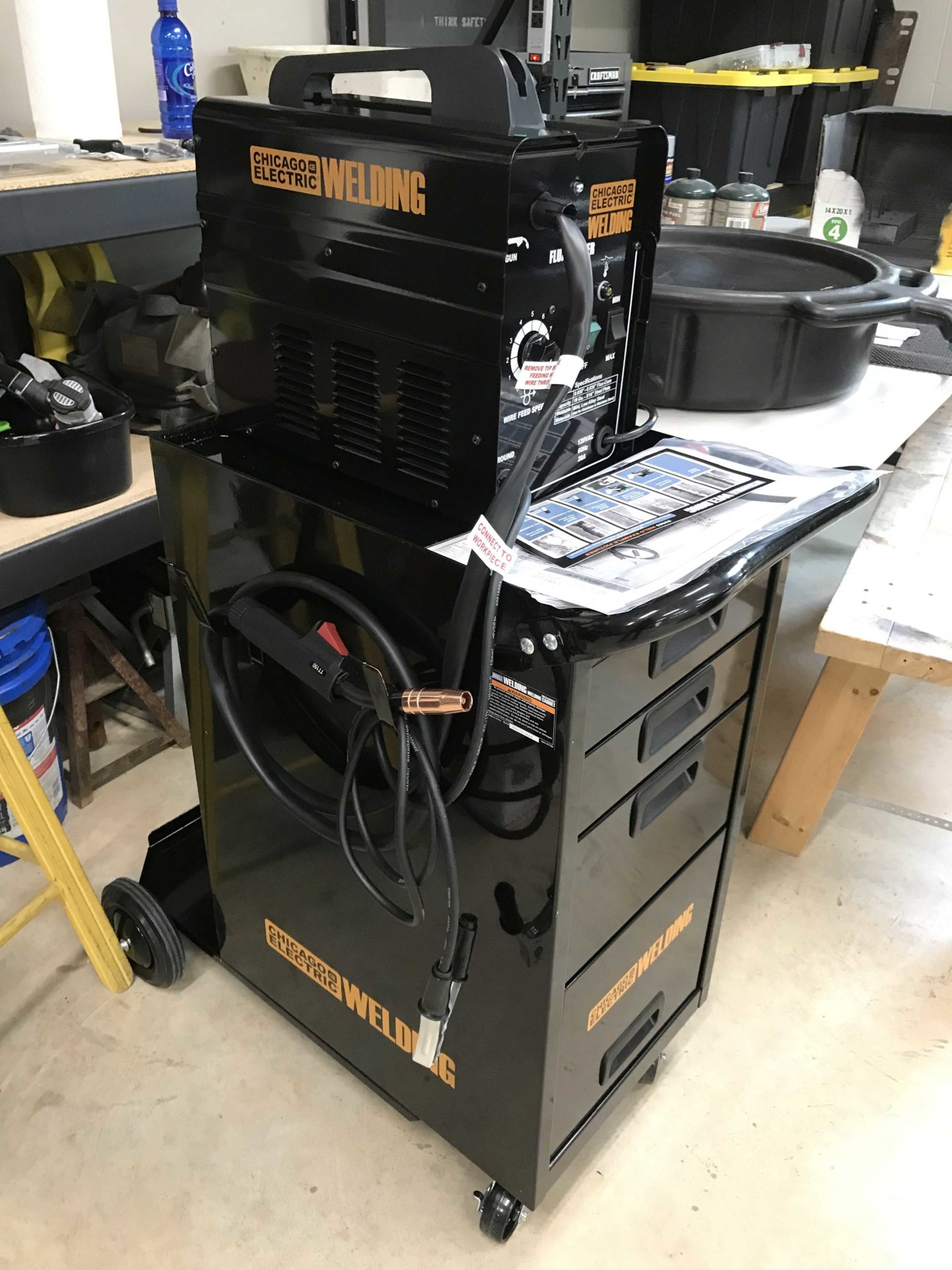 I should have resisted the urge!!!!!!..........However, there is something satisfying about mending two pieces of steel together with a little piece of wire and some electricity. And with that, this could get interesting....Probably will only be used for yard art.

And for those who might want to see my initial puddles/blobs/piles/holes/burns/scatter/$hit/slag, maybe later.....I will say this, there is a learning curve. HOWEVER, my daughter has been dating a guy that's been welding for over 10 years. So I cooks some good food, invite said daughter and boyfriend over, I get some welding lessons!

*** Note to future self: When on a future job site during steel erection, your an measly architect, not a FRIGGING WELDER!!!! ***

For safety's sake, I do know my limitations.