Update:
Steel City Racing will be teaming up with Justin Reece @RustyNailJustin and the combined 4619/4602 crew again for KOH 2020. We're doing final prep and upgrades to the 4th Gen v8 4runner as we speak and all the Improvements listed above in the 2019 race recap will be completed prior to 2020's race.

Follow us on Facebook / Instagram for the latest pictures and news. And if you're in Hammertown, come by, introduce yourself, and check out the car in person. And if you're mechanically inclined, we still have a few slots open to volunteers on our pit crew - PM me is you're interested.

Thanks for continuing to support Steel City Racing and be praying that all goes well for Justin and I in the 4619 and 4602 cars this year! We're hoping for a safe, fun, fast race for both of us. And of course, Justin's hoping to repeat after his win last year and we're hoping to become the first modern gen v8 powered IFS 4600 car to Finish King of the Hammers!

So you've been doing a lot of testing since last February?

Update:
I’m writing this from the truck somewhere in Western AZ. We will be in LA tonight and at RockSolidToys tomorrow morning.

Over the next few says we’re tweaking the new v3.0 front suspension and doing some things to the rear suspension that we didn’t have time for last year. We also need to redo our front brake line routing with the new front suspension.

We then head to Lucerne Valley to Robert Otwell’s shop for a day or two for a few fabrication changes that should greatly improve visibility. Then we hit the lakebed with our shared Rusty Nail & Steel City Racing teams.

We are going to get in as much seat time as possible before EMC. We literally blocked everything else out except for another shock tuning session with Icon.

The car is really solid. The new v3.0 Suspension (and especially the steering setup) is vastly superior than v1.0 (of course) and even v2.0 BigMike was testing on his Tacoma on 40s for past 6-9 months.

Right now I think we’re one of the most unique entrants to 4600 this year, especially with the Gladiator thing having finally run it’s course. And likely the only 4600 IFS rig unless some of the older 1st gen torsion bar cars come back for the race. We have a new strategy for race day this year and hope it will lay off big.

Be pulling for us. Our sponsors have been amazing all year and we have a really solid team pairing together 4619 and 4602! We can’t wait to hit the lakebed in a matter of days for KOH 2020!

cruisermatt said:
So you've been doing a lot of testing since last February?
Click to expand...

Marlin has on the front suspension.- 6 to 9 months worth. We personally couldn’t till v3.0 arrived of course.

Do not wear the car out before the race! Pre-run in something else and then test in the race car. Race cars only have so many miles in them between prep. Good luck out there!

matzell said:
Do not wear the car out before the race! Pre-run in something else and then test in the race car. Race cars only have so many miles in them between prep. Good luck out there!
Click to expand...

Absolutely. We’re prerunning in a different vehicle and testing / shock tuning in the 4602. 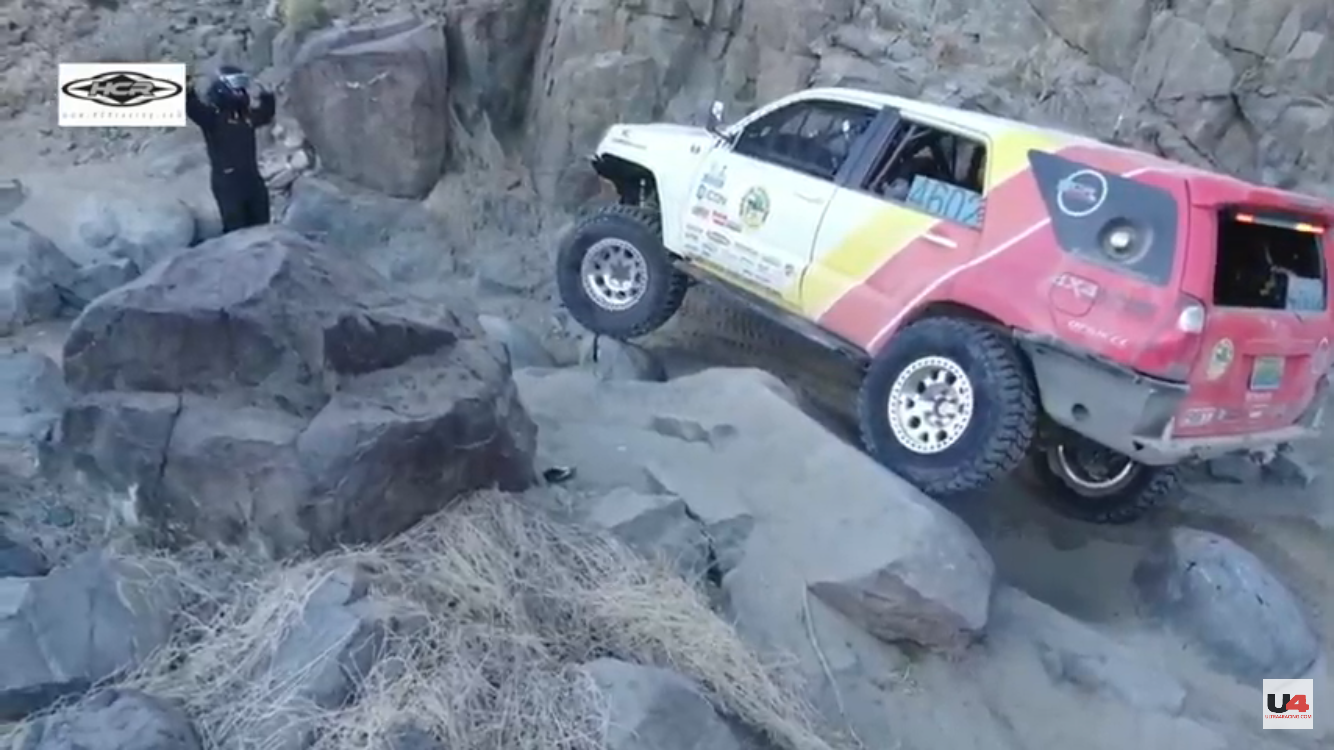 That looked brutal out there!

We’re driving back as we speak but I wanted to send out a quick note. We didn’t finish but would have if we had more time. We worked hard and relentlessly the past month and did end up putting over 125 miles of hard prerunning on the car. We broke a ton of stuff after each prerunning seasion that we had to fix between sessions. When it finally stopped breaking and ran strong for 30+ miles on course, we said it was good and quit pretunning. Some of the pre-race stuff was epic - running through hammetown with Marlin himself leading the charge on repairs, borrowing tools from Jason Scherrer, getting help from GenRight, Fox, GBR, using BFG’s press, having Don Brennon help us fix issues late into the night, having RCV overnight parts from Illinois, etc. The support we received from everyone was out of this world - we are truly all in against the course and it was so great to see everyone pitching in to help anyone competing.

The race was awesome. We had zero mechanicals, zero body damage, only winched once (probably didn’t need to but thought it would save us time), and got a Top 10 in 4600 class when they pulled us off the course at RM 126 despite us having 40-mins left of run time.

The 4runner did great in the desert - even better than we expected - but really surprised us in the rocks over and over, walking past solid axle cars stuck left and right. The most epic was when a 4500 car was stuck in the line we wanted on Jackhammer and their co-driver said “I can spot you down the 4400 line but really don’t think you will make it.” A few minutes later his jaw was on the ground as maneuvered through an impossible line with his spotting help without any damage and only having to back up once. Having the same clearance as 40s on a solid axle with our IFS in 35s really paid off and our gearing, v8, Atlas, ARBs , axles, driveshafts, etc all worked flawlessly together.

Our pit crew did amazing and Justin recorded an other Top 5 finish!

The only issue we had all day was when we took the wrong line on a bypass (4400 level route iMO) that wasn’t marked well (markers fell down) and drilled our drivers front on a big ledge and then had to baby it a little more after a few creative pit fixes. Without that I think a finish was certainly within our grasp.

I could tell stories for days, but we’re still worn out from the 9-hr marathon race and have been driving for over 20-hrs toward Homs at this point.

I’ll be shipping RCLT v3.0 to Marlin next week for R&D purposes and then we’ll eventually run their final version of the HD kit with a few final tweaks Mike wants to make after inspecting the car after the race in Hammertown.

There are some pics on FB and IG, but more should start coming in soon after people get out of Hammertown. We had drones, helicopters, and camera crews on us for a good bit of the 9-hrs we were on course so they better have gotten a lot of content! Wish Ultra4 gave us more press but we’re thankful for the coverage we got. Thanks for your support - we had fans all over the course who really helped push us on. We heard “Team Toyota” over and over!
You must log in or register to reply here.
Share:
Facebook Twitter Reddit Pinterest Tumblr WhatsApp Email Link

Building An 80 Series Rearend For Desert Racing On A Budget.
2 3 4