My Blue Beast, which is no longer blue (1 Viewer)

So funny. We used to get Superman ice cream at Lake George in Michigan when I was a kid. Haven’t thought of that in nearly 40 years! Thanks for bringing a smile to my face.

Imported lots of Aussie cruisers over the years, they are all crusty red dirt warriors, but always solid under all the ugly! That’s og paint under there!! Just asked my 11 year old daughter what is Superman ice cream , she said I don’t know?

whitey45 said:
Imported lots of Aussie cruisers over the years, they are all crusty red dirt warriors, but always solid under all the ugly! That’s og paint under there!! Just asked my 11 year old daughter what is Superman ice cream , she said I don’t know?
Click to expand...


If you’ve never lived in Michigan, you’ve probably never experienced it. And I’ve now lived outside of Michigan for more of my life than in it, so it’s definitely a nostalgia thing for me. But I mean seriously, what little boy passed up a chance to have SUPERMAN ice cream?!?!? 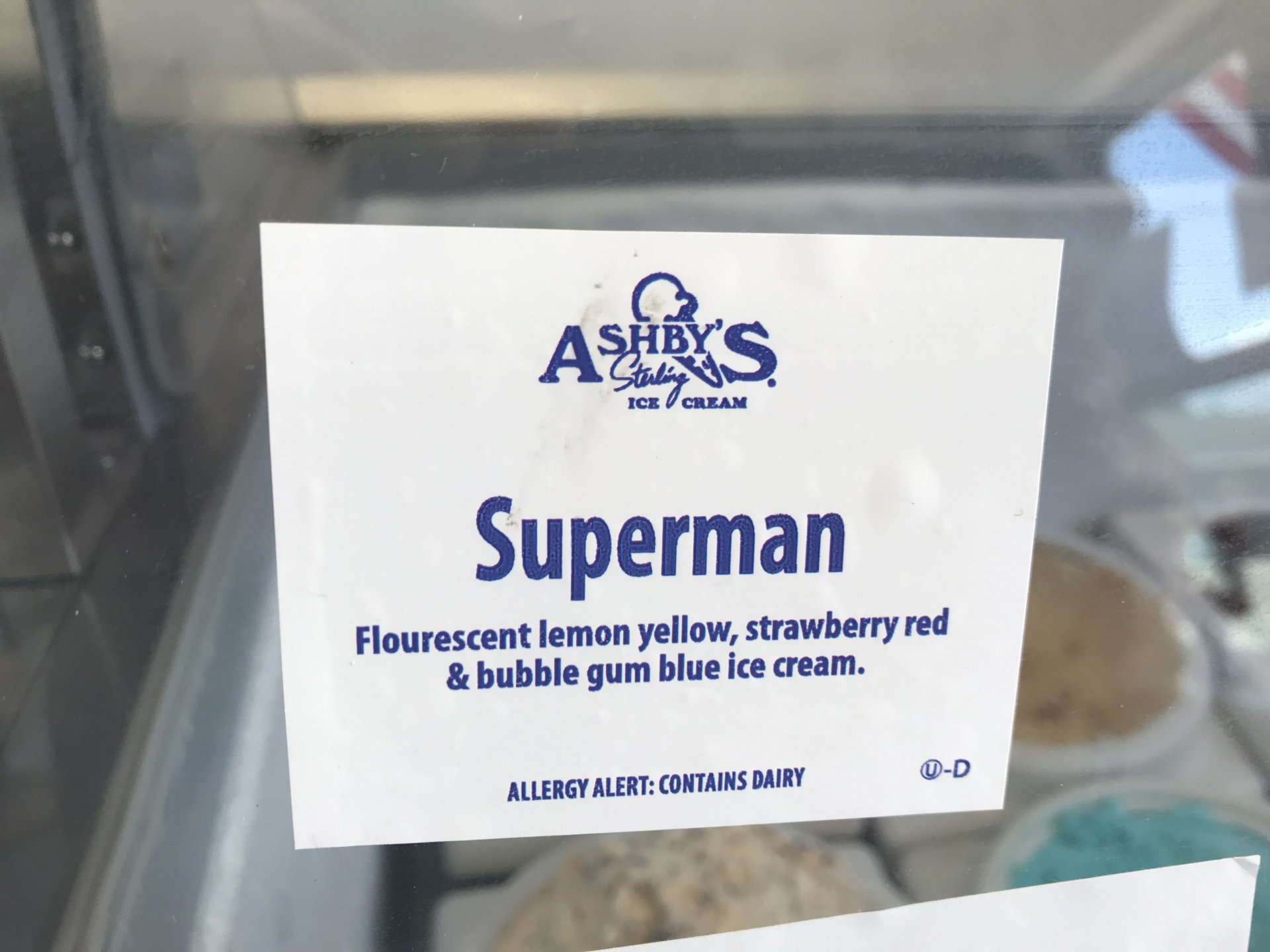 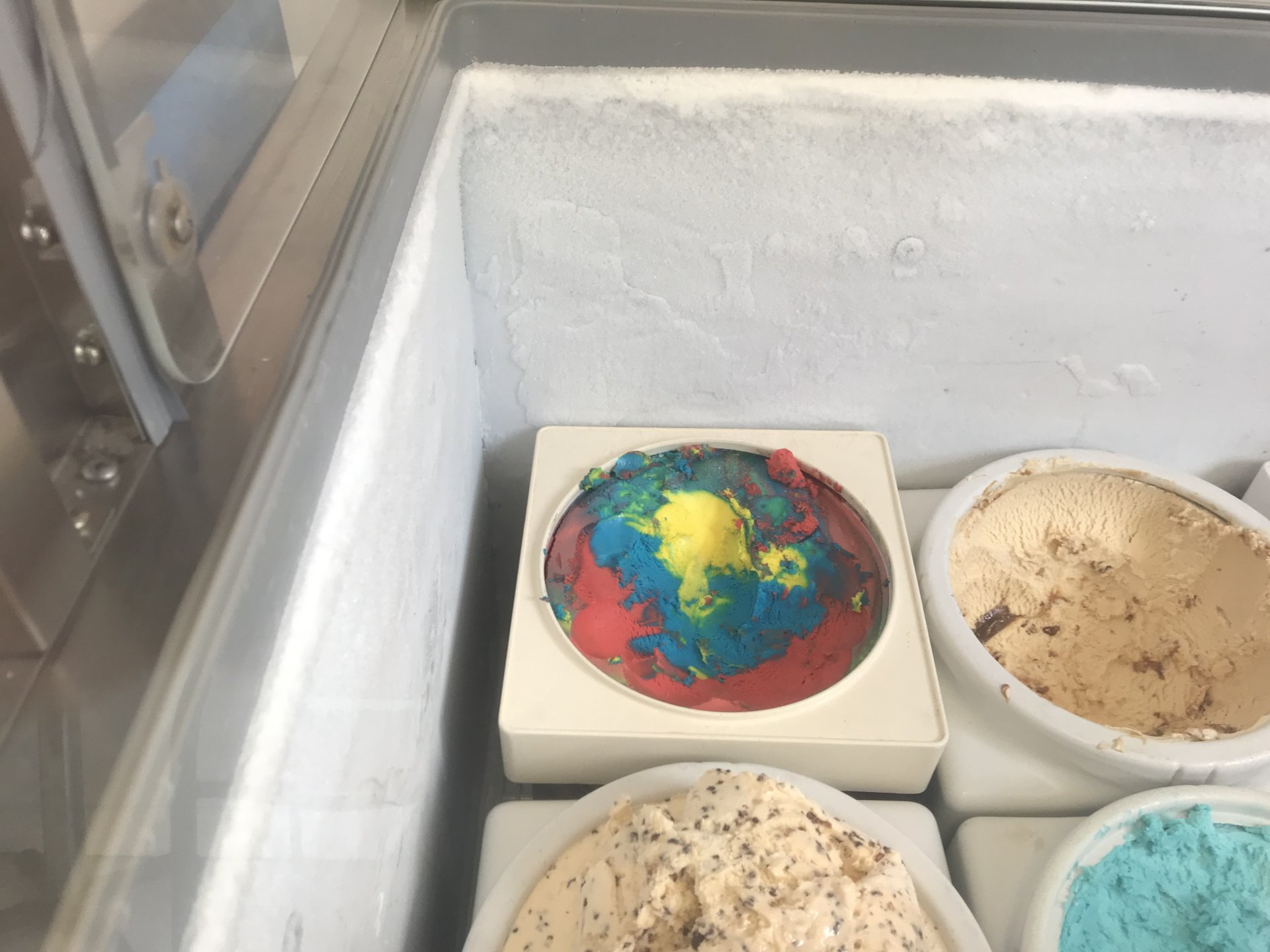 Father’s Day from a few years ago, traveling near the Manistee National Forest: 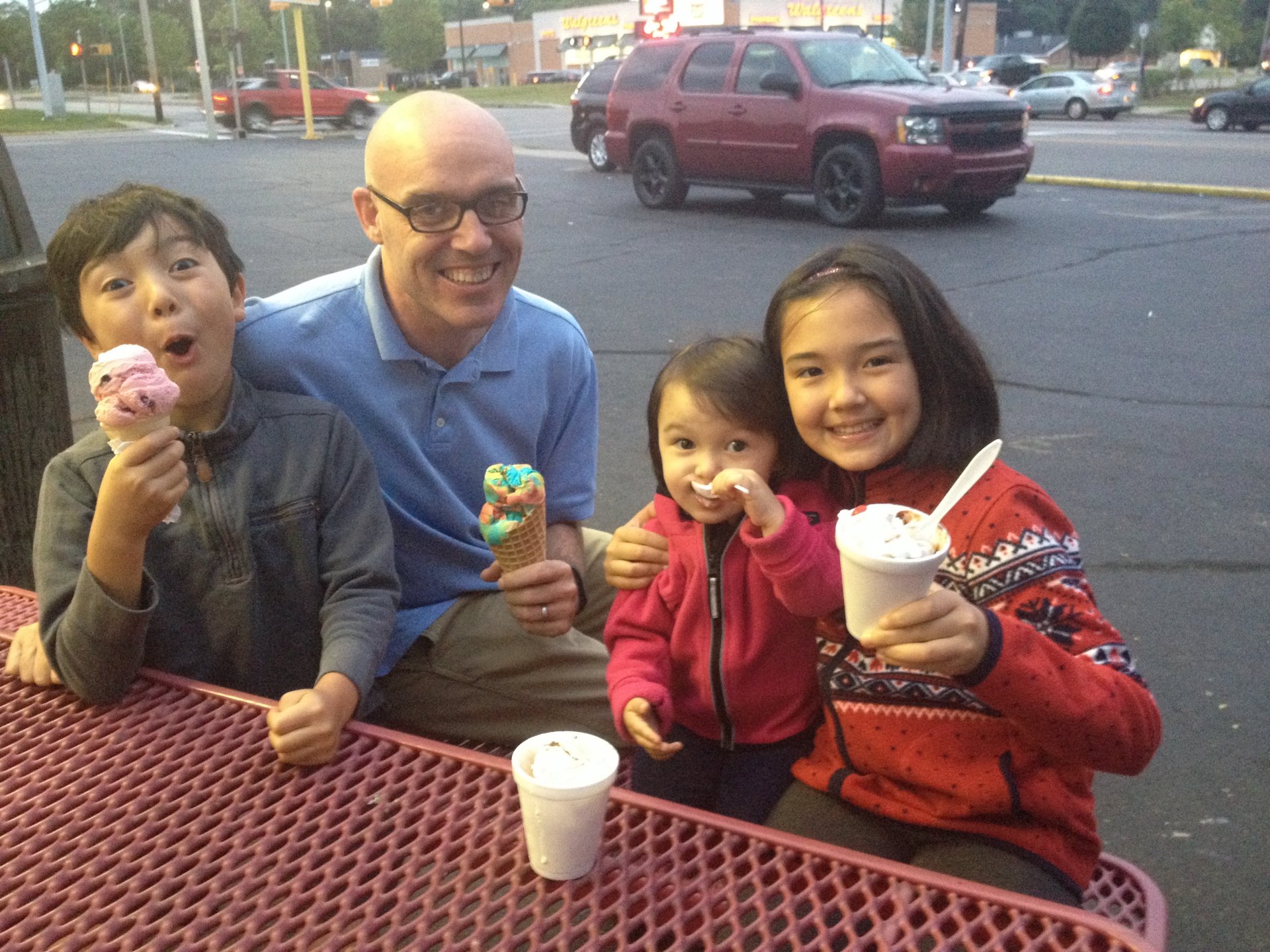 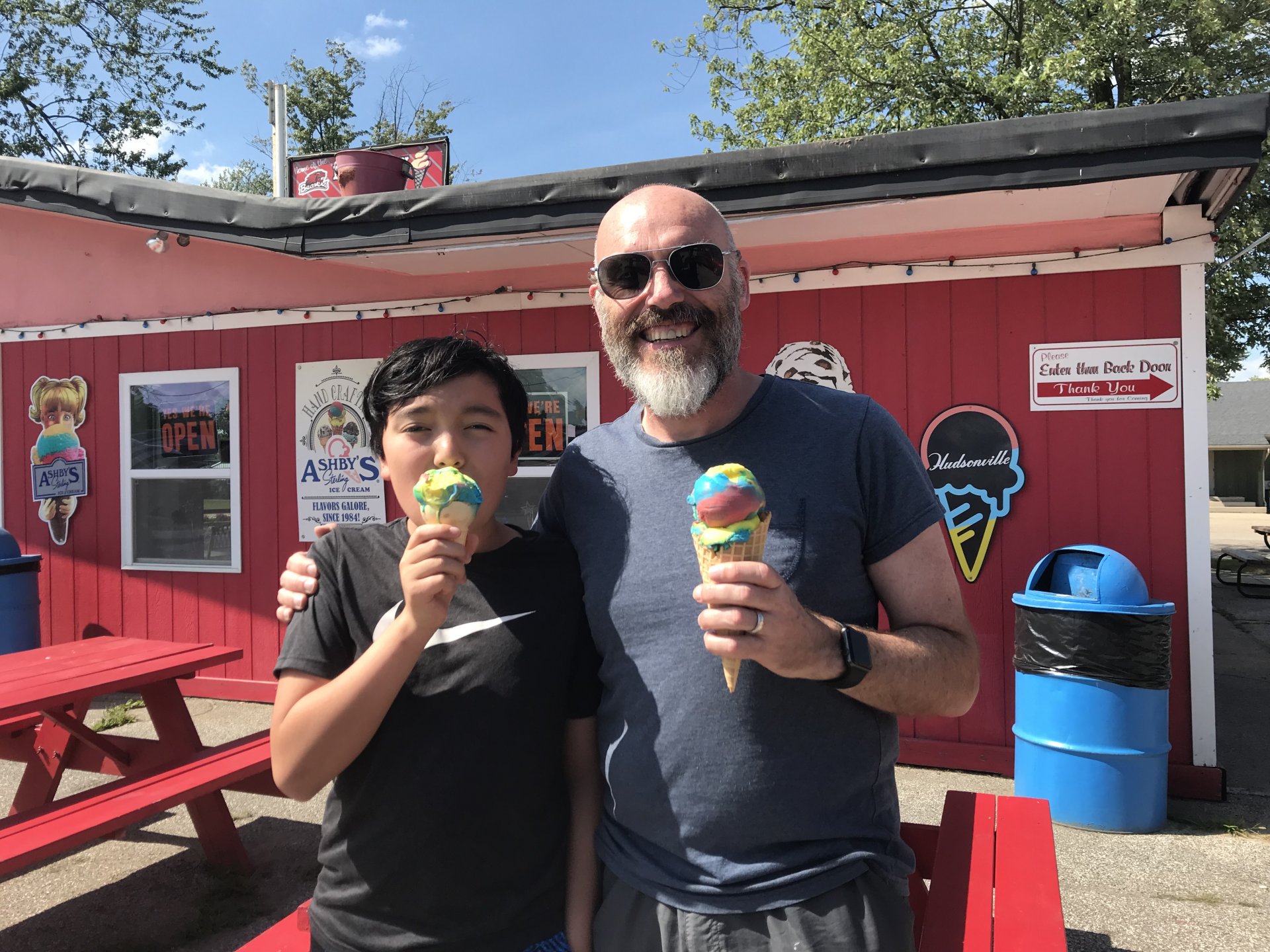 That’s awesome, is it available here in Cali?

Nope. Every few years I look, and I try to find a source and I’ve never been successful. I thought maybe Goldbelly might be my savior (we ordered Carolina BBQ for my birthday dinner through them), but they don’t have a source.

One of these days I’ll have a friend pack a few gallons in dry ice and ship it to me. But I guess, also, the elusiveness of it makes it taste all that much better when I do get back and get a chance to get some.

Which begs the question: how did your daughter get you some for your birthday?

She made it from scratch!

Returning to more Cruiser tech, I’m still struggling with starts when it’s anything other than midday summer heat.

I took the multimeter to a bunch of areas while I had my daughter turn the key to the Run position in order to engage the SuperGlow system, i.e., the timer and the relays.

Both glow plug relays are working (confirmed by holding my hand on each one and feeling the click). The big thing that I noticed was that I was only measuring about 2.5V at the spot where the Glow Plug Relay #1 meets the resistor on the manifold. Correspondingly, I was measuring about 1.2-1.3V on each of the glow plugs.

To continue some testing, I touched an old battery cable direct from the positive terminal on the battery to the resistor where the output of the GP relay #1 connects. Within about 2-3 seconds the resistor began to glow red hot (I stopped that right away, so I had no opportunity to measure voltage at the glow plugs or bus bar), but I did confirm that the truck fired up STRAIGHT away after that. 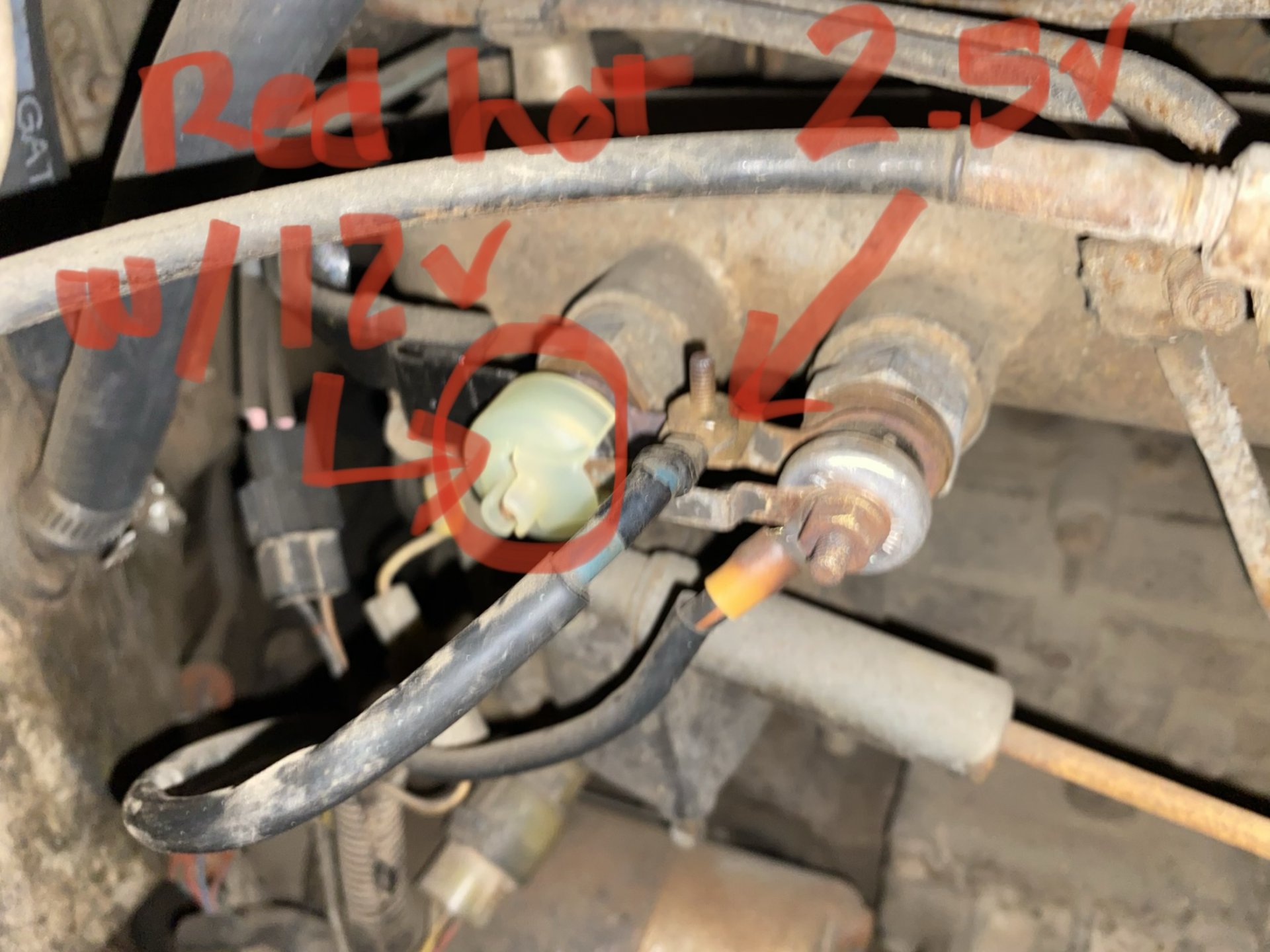 I went out tonight to do some more troubleshooting, because I realized the one measurement I didn’t take was the output side of the relay. Well, gosh darn it, after one reading at 2.5V every subsequent reading was at 10.5V. I then checked at the resistor and it was about 10.5V. The truck fired up right away.

I’ve concluded that I’m getting inconsistent 12V at the first glow plug relay, so that it’s only closing about 50% of the time. Now I’ve got to determine if the issue is with the Glow Plug Timer or not.

I ruled out the relay by replacing it with another that I had, and then by testing that one a dozen times with no failures (I just gave it 12V on the control side of the relay and noted the audible click).

As for my work today, sometimes you go for the little victories. 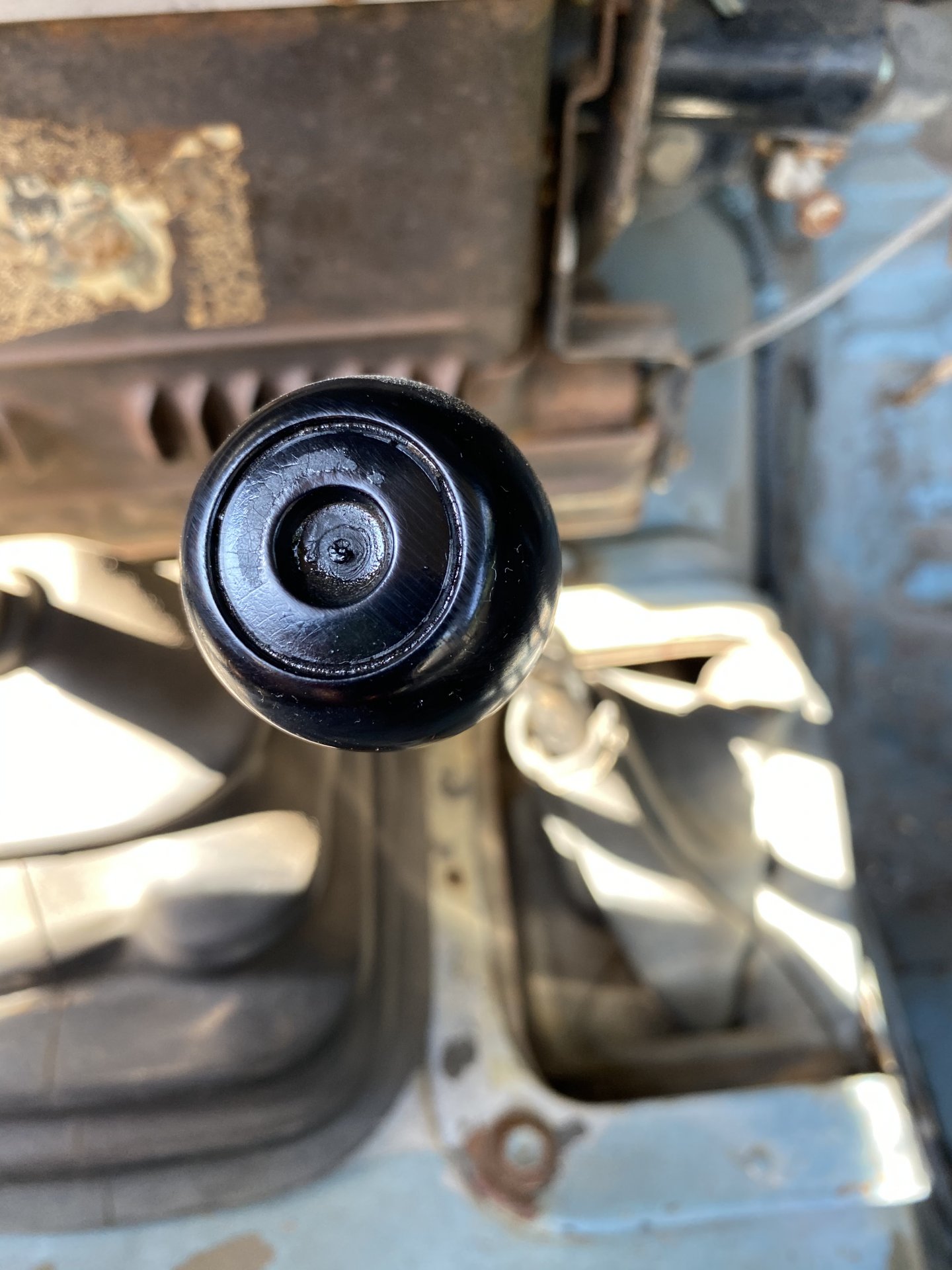 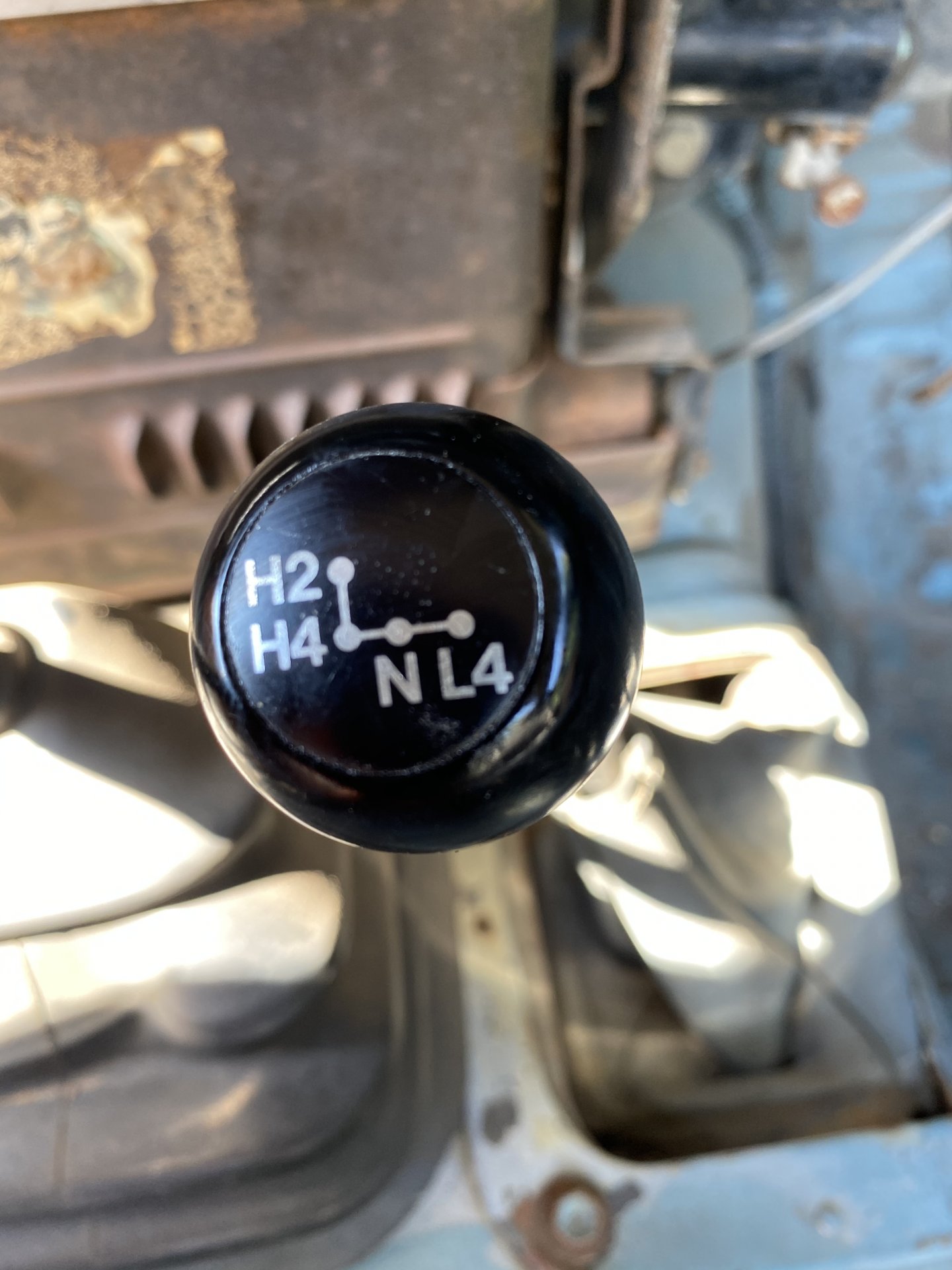 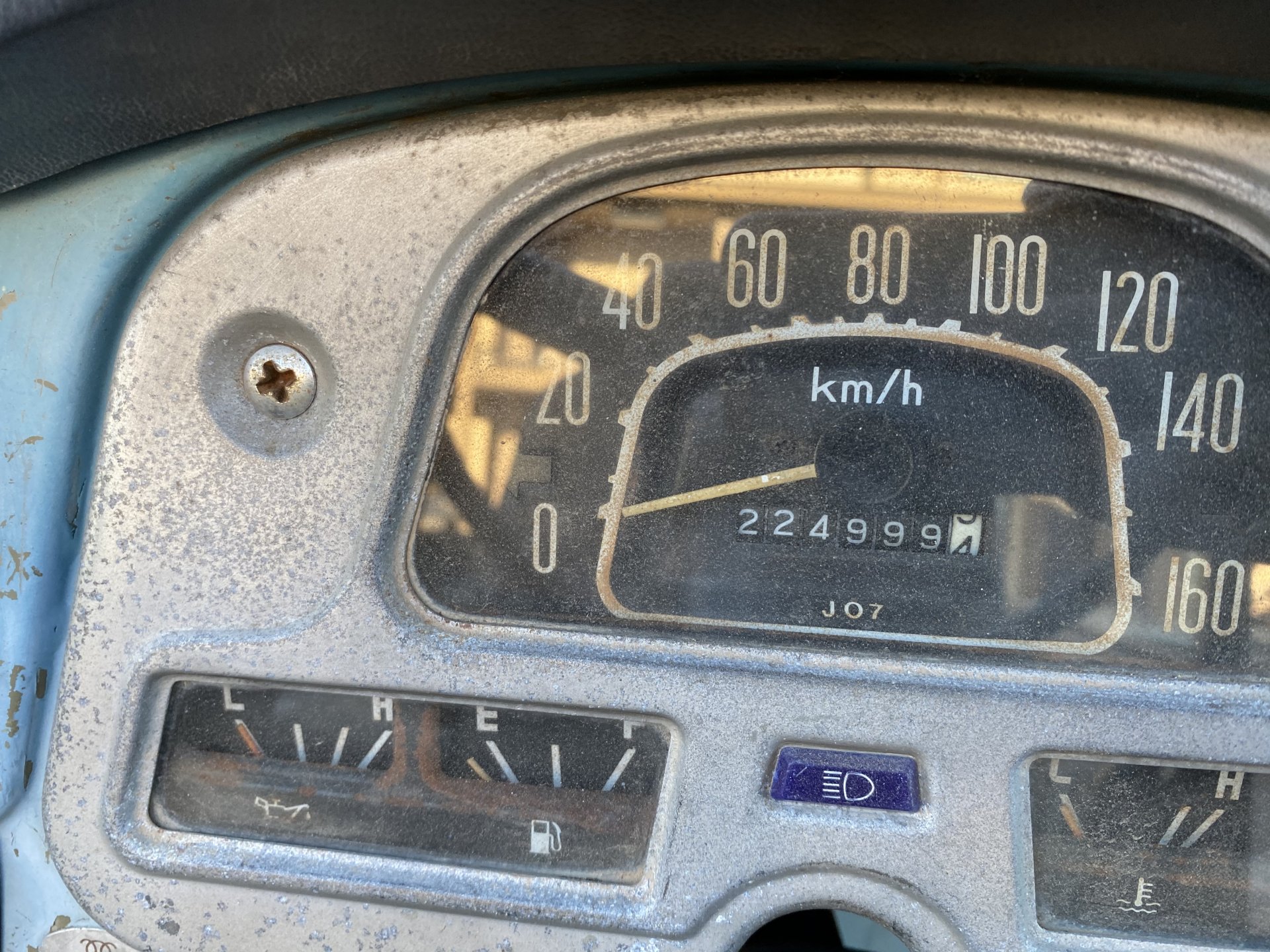 Next little project, I guess! 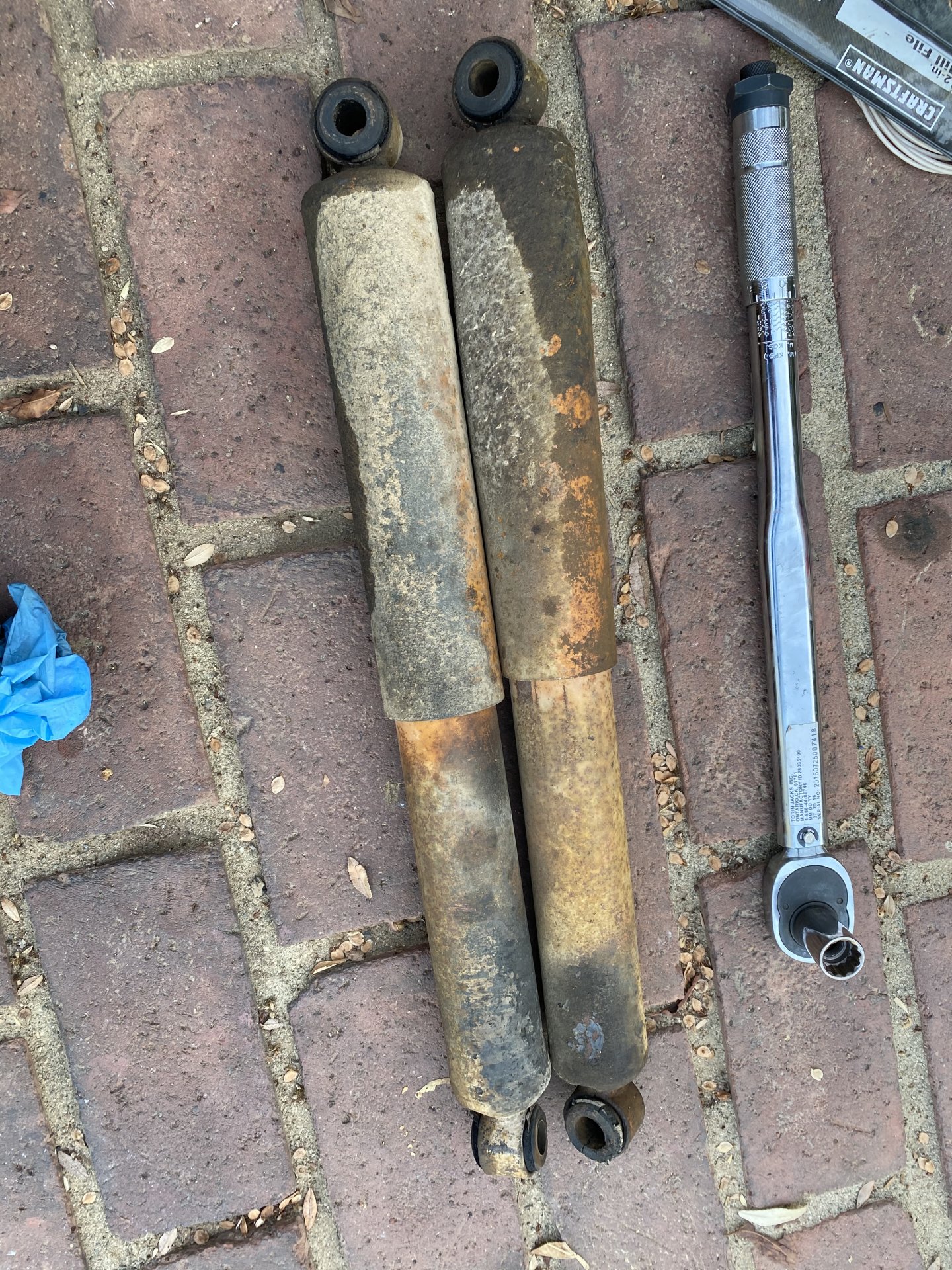 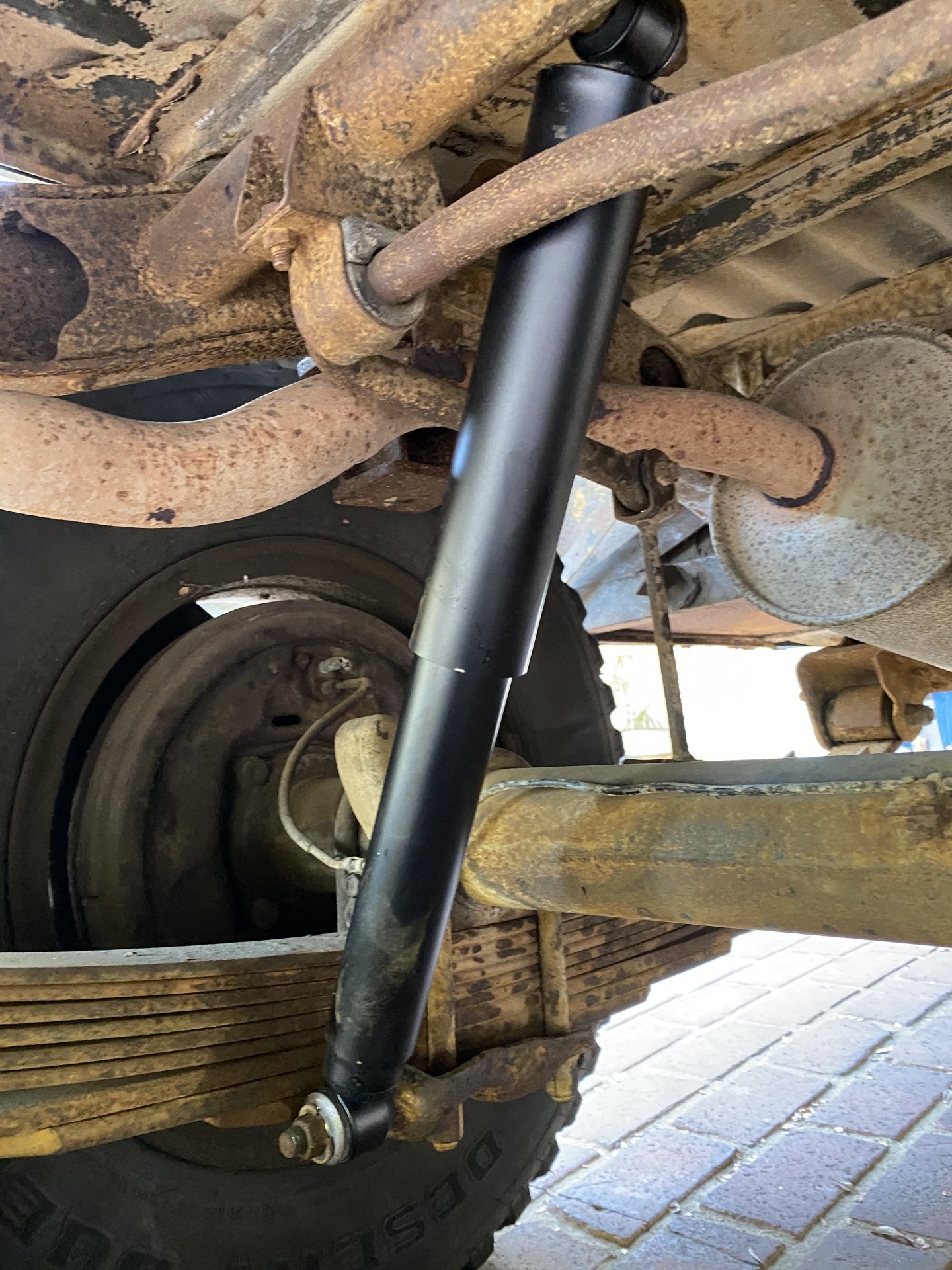 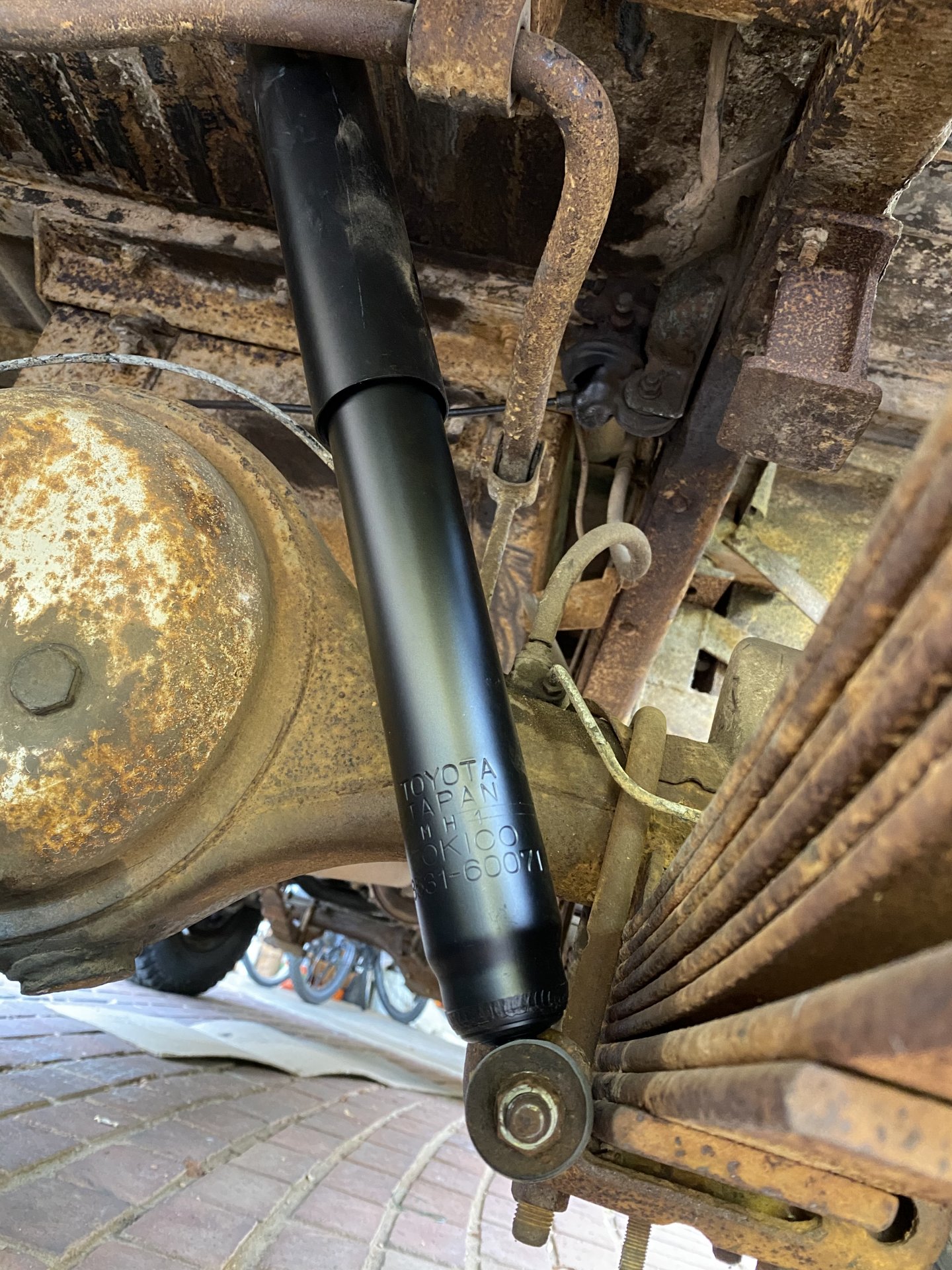 Next up is the fronts, because I got a full set. 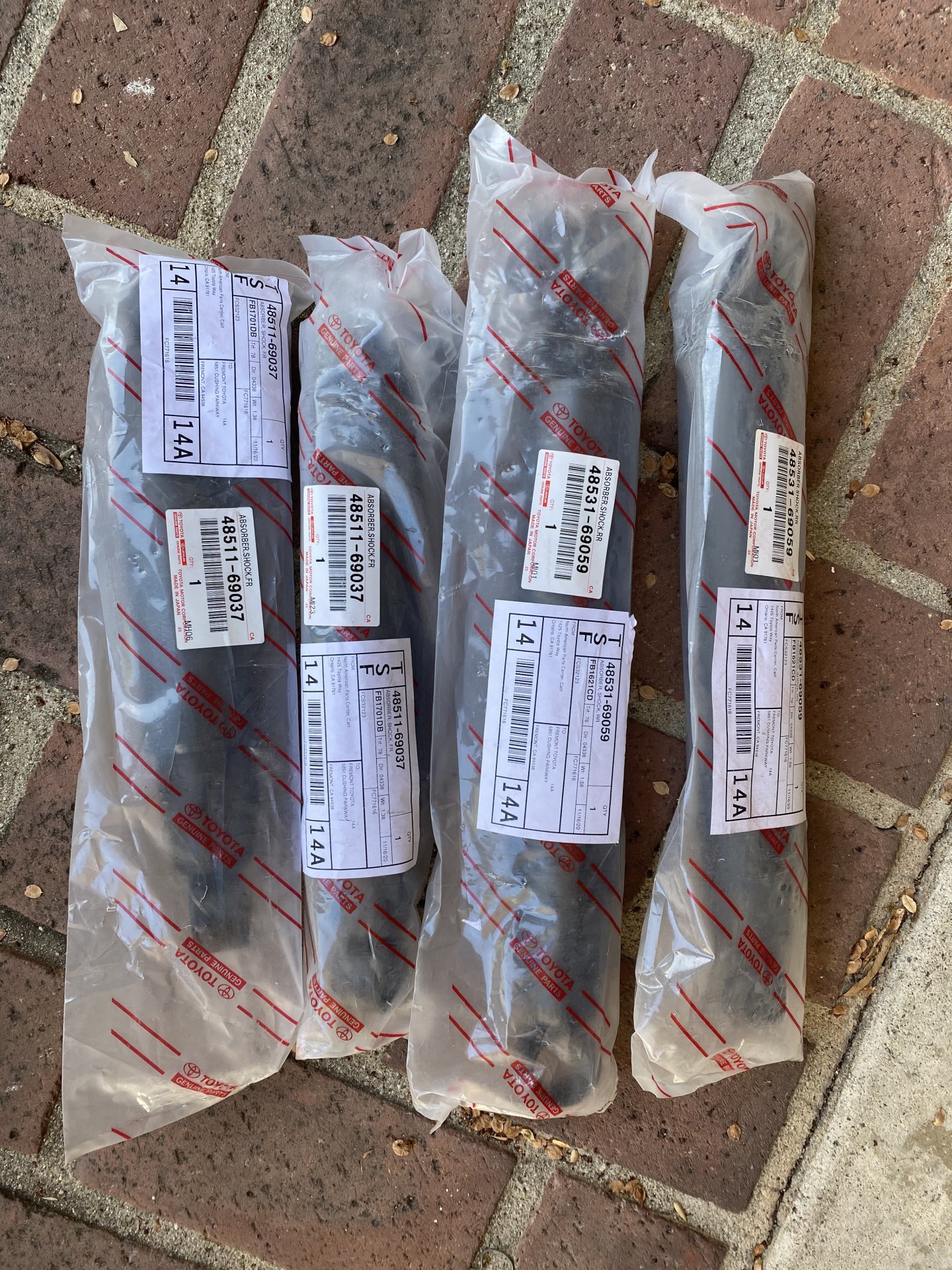 job if I can do it in an hour. 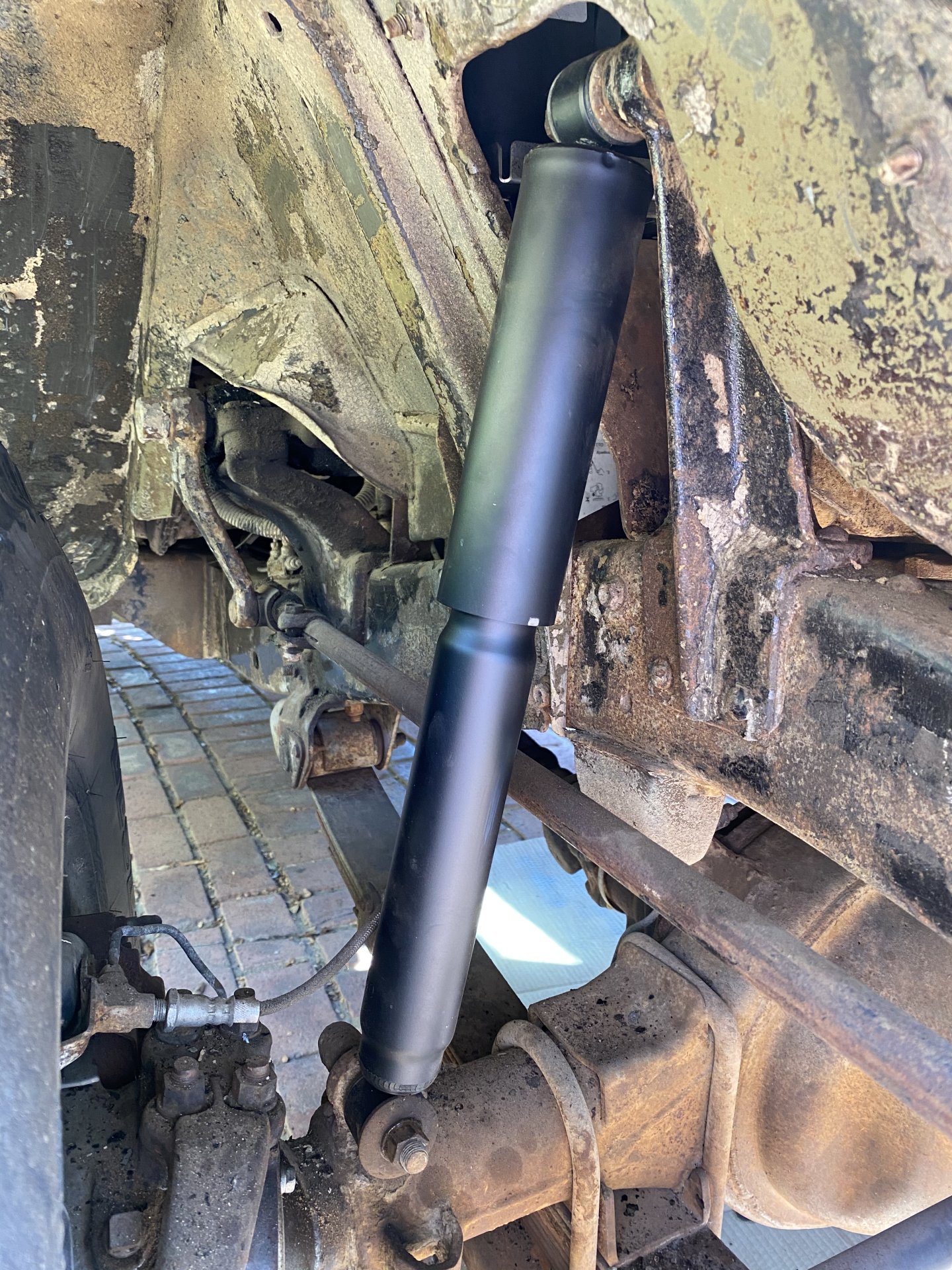 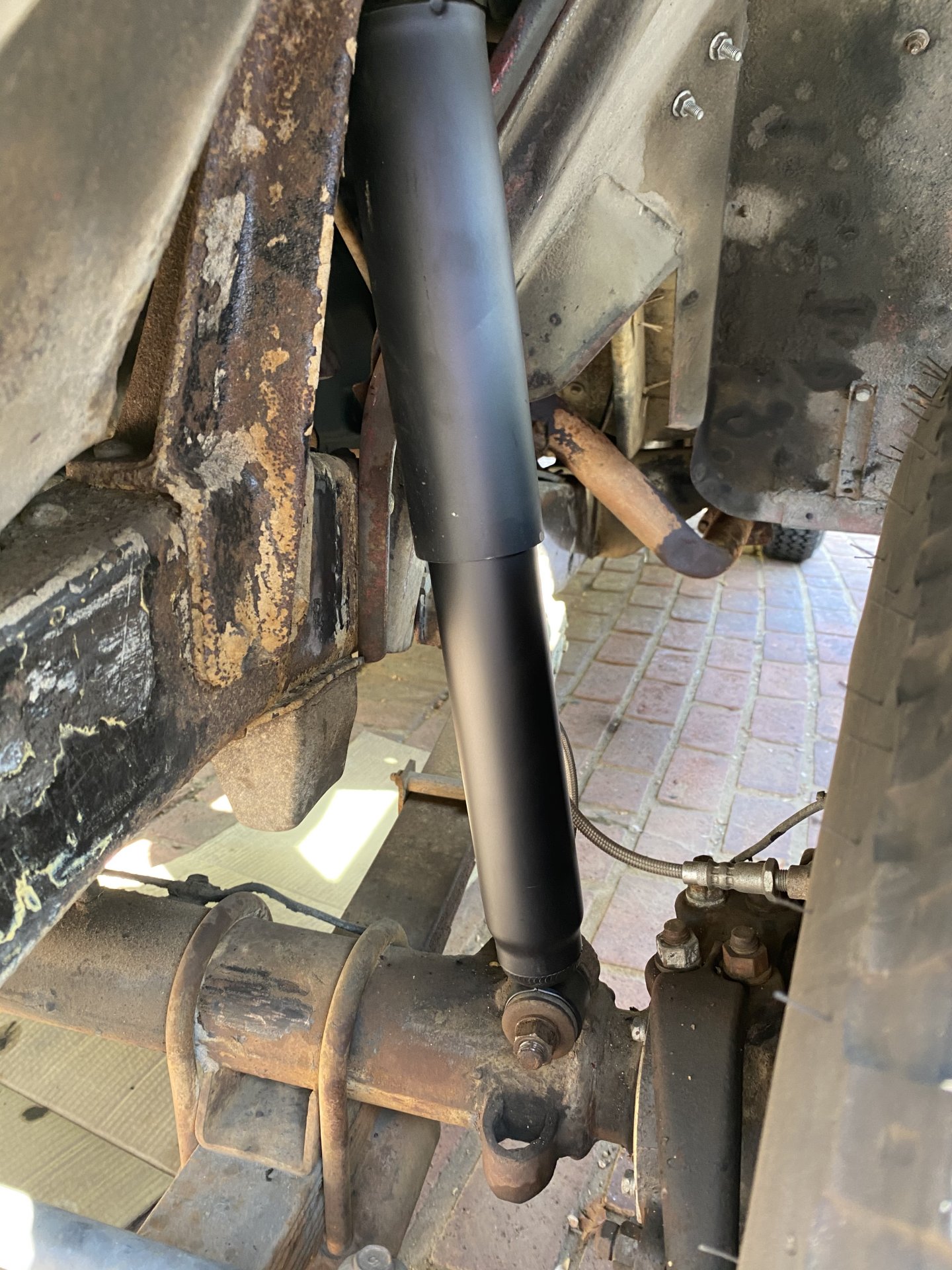 Should be castle nuts and cotter pins on there?

Should be castle nuts and cotter pins on there?
Click to expand...


I did notice that the shocks came with cotter pins. The PO must have changed the nuts out when the shocks were previously changed. Is that something I should be sure to rectify? I torqued the nuts to 40 ft/lbs per the FSM.

I would definitely get castle nuts. Surprised to hear 40lb rating for those. You’ll need to line up the holes in the studs to a spot on the castle nut. Not sure how much Mr T gets for OEM castle nuts. I’m sure some folks on here probably have loads of them laying around. Not sure if the thread pitch changed over the years.

The studs do have holes in them right? Hard to see from the pics here.

Yeah those need to be pivotable joints else you’ll bind up the shock mounts, so the nuts are just firmed up on the rubber bushings then held in place by the castle nuts/cotter pins.

OK, wondering if there are parts gurus who can help me.

I ordered eight 94130-61200 last month, and I finally went to put them on today and they are not castle nuts. This has me confused, as the shocks that I got from Toyota most definitely came with cotter pins, indicating that they anticipate me needing to replace the existing cotter pins.

Anybody have an idea as to what would be the correct part number to order for castle nuts? I was also thinking that I should order the wave washers (94531-01200) and the retainer washers (90948-03003) and replace them, as well.

I am curious as well.
I ordered the same shocks. What all came with your shocks? Just a cotter pin or did they come with the rubber bushings also?

S.CarolinaFZJ80 said:
I am curious as well.
I ordered the same shocks. What all came with your shocks? Just a cotter pin or did they come with the rubber bushings also?
Click to expand...