A year ago I watched some YouTube videos and bought a harbor freight welder on sale (I think for less than $200). I did my 4x4 labs bumper with Flux core and it is passable. It's not going to fall apart is about all the credit it gets.

I've upgraded to gas but only really only done 2 small projects since (think obese nephew sitting on my 2 and 4 yo picnic table). 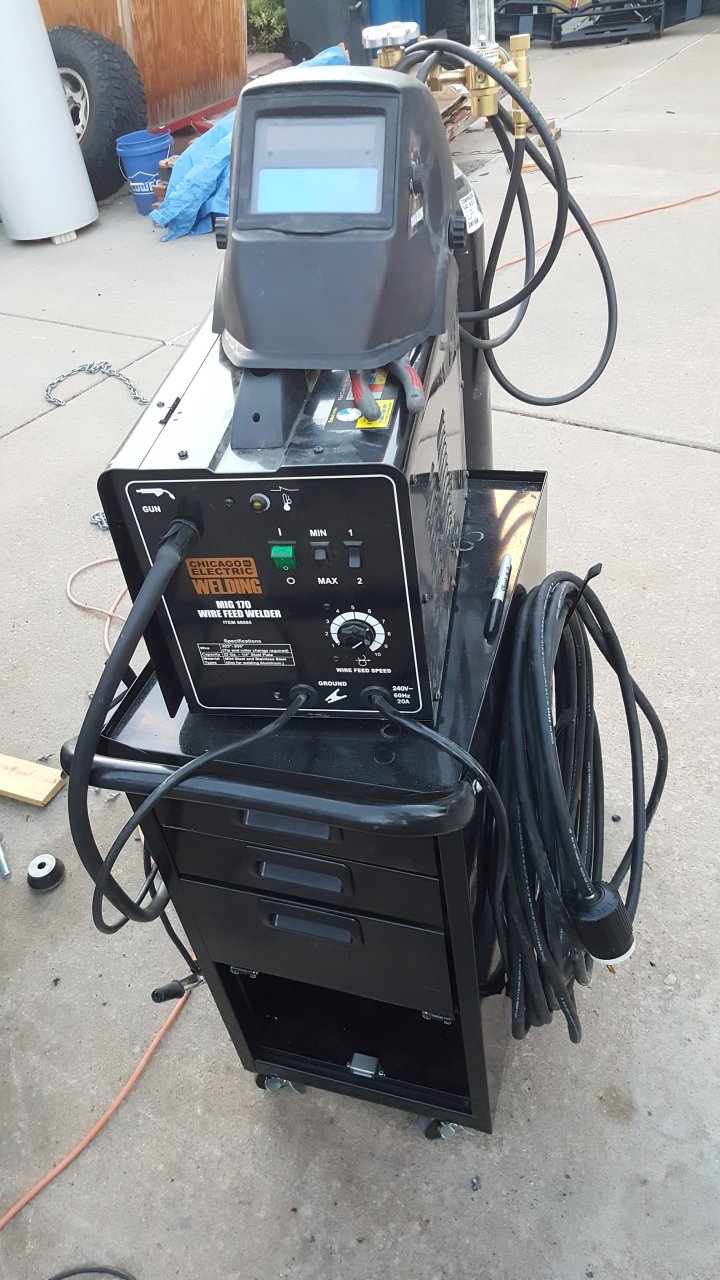 So I think I got the welding thing down ok for flat surfaces and vertical. I'm comfortable with the motor mounts. 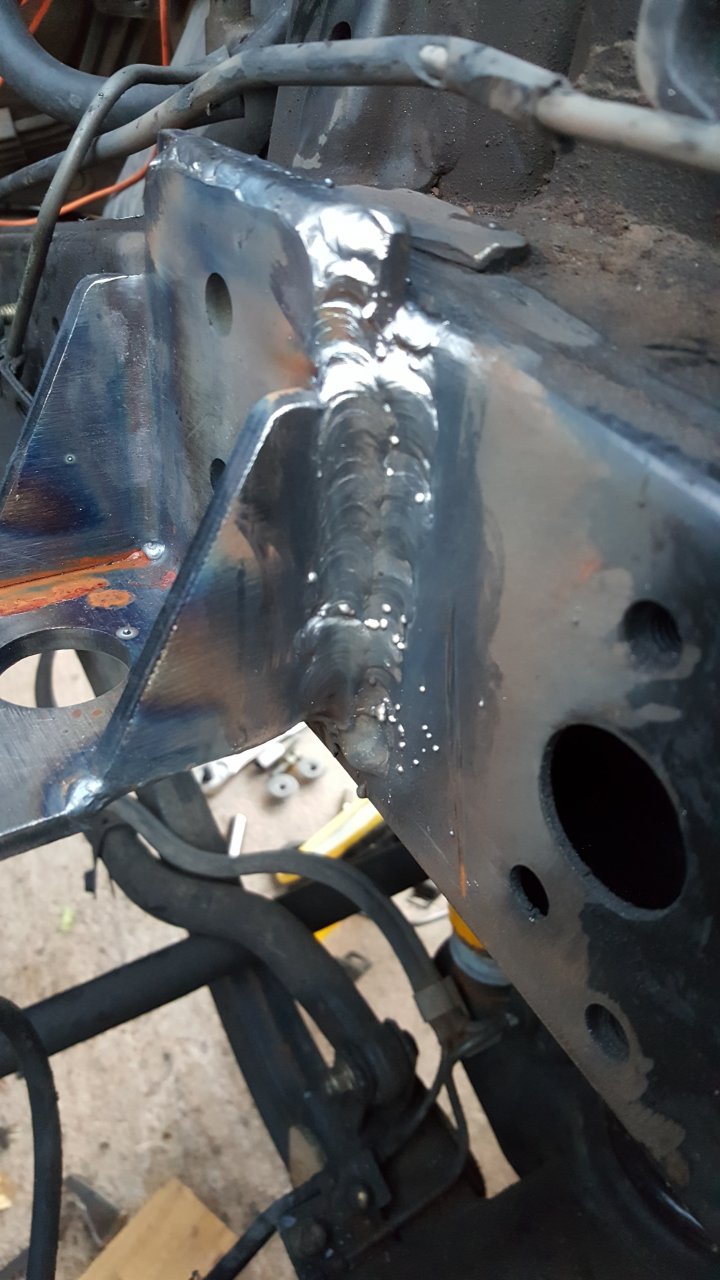 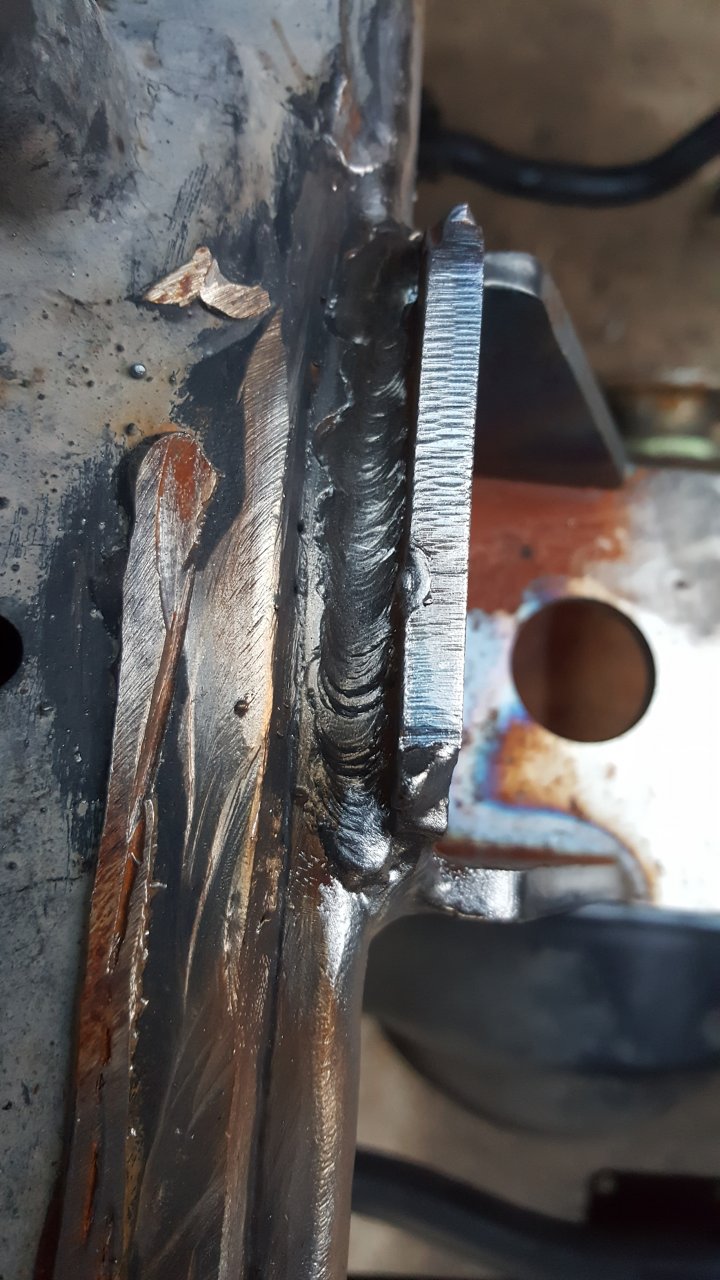 If your just sealing it up from corrosion get you some seam sealer it will work a ton better... Welding overhead you should be able to weld using the same settings you used for flat...

lazy said:
It was mainly the closed loop system for wiring simplicity. The I read Dcc had the best unit out, it just takes some time to get it. I can't wait to see the gauges either. 3 more weeks. I like to pretend that I'd holding me up (I'd like to get the sending units put on the motor before I put for good). But I need to finish tcase and steering box.
Click to expand...


Sorry for this dumb question but to my feeble mind, seems like going with the GM PCM for fan control would be easy, peasy but obviously that's not the case. Otherwise, you wouldn't be introducing yet another gadget into this mix. Can you elaborate? I'm guessing that the PWM controller does far better PID control of the coolant temp than the PCM?
~Ali~

Same heat range for overhead welding, if you have a second cone you try shortening it on the end where the wire comes out.
It helps...

alia176 said:
Sorry for this dumb question but to my feeble mind, seems like going with the GM PCM for fan control would be easy, peasy but obviously that's not the case. Otherwise, you wouldn't be introducing yet another gadget into this mix. Can you elaborate? I'm guessing that the PWM controller does far better PID control of the coolant temp than the PCM?
Click to expand...


It would require relays to go from the GM PCM. I assume it is simple enough to source and wire up. But, then there is the question of using stock temp sender or relocate, tapping lines, etc.

The DCC unit gets installed, lines run to fan, lines run to battery, run the temp sensor and you're done. Temp sensor is a friction thing, some people don't like jamming a sensor between some fins. Tap an A/c line so it always runs at least at 50% when engine temp is not hot enough and you're set.

Yes it requires relays, you can use an item like this, I think this is two speed, and DCC sounds like it's variable? Which is what I was after when I got his first model

Yes, DCC is variable, and not much more expensive than the relays above.

It arrived today and is much smaller than I expected. 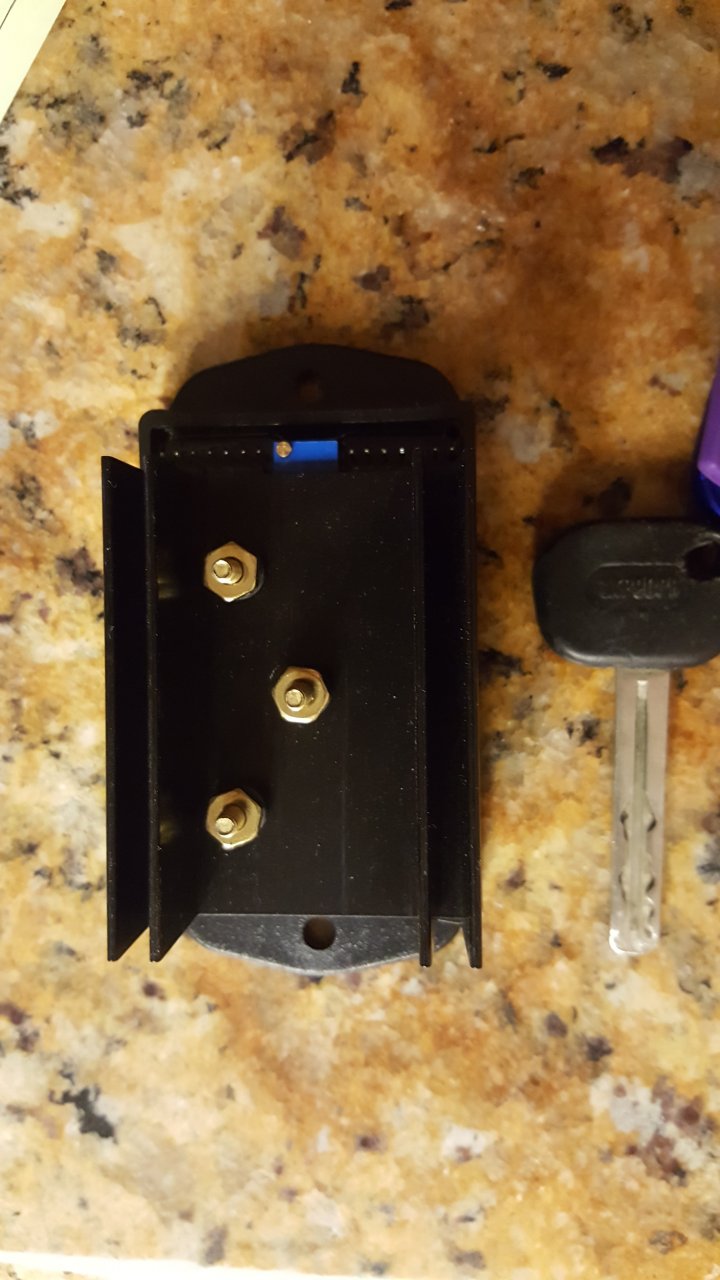 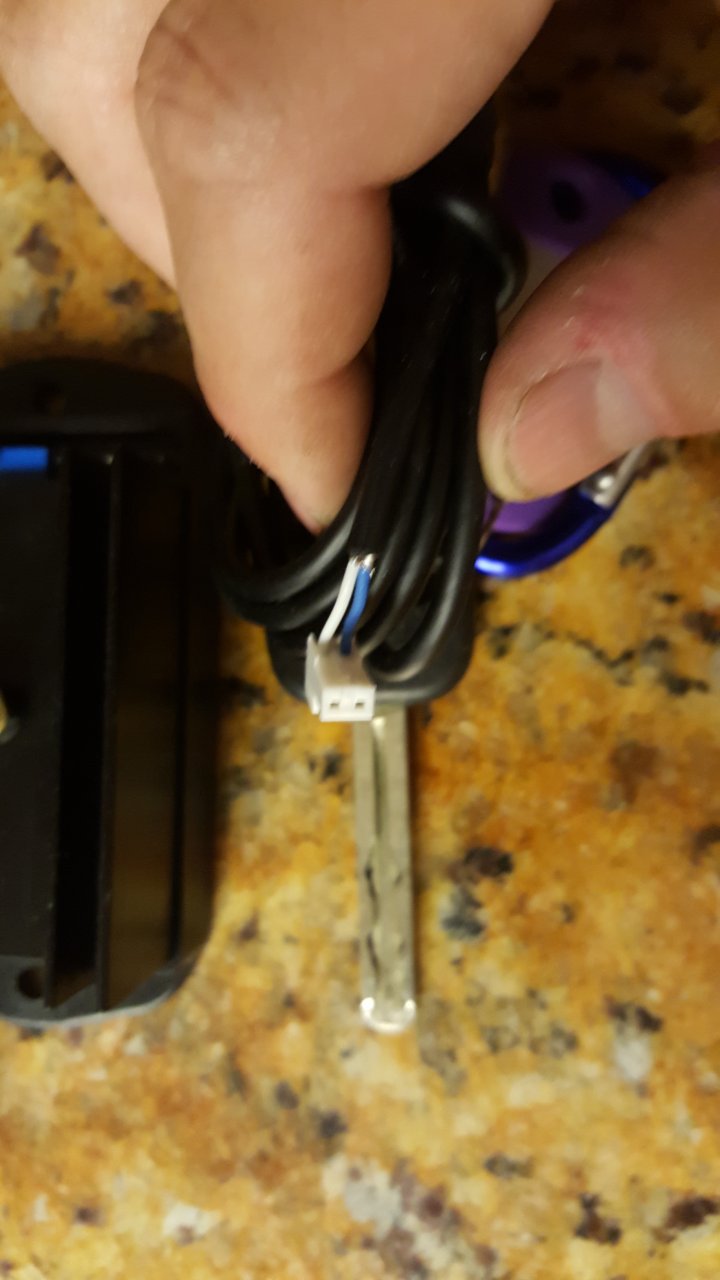 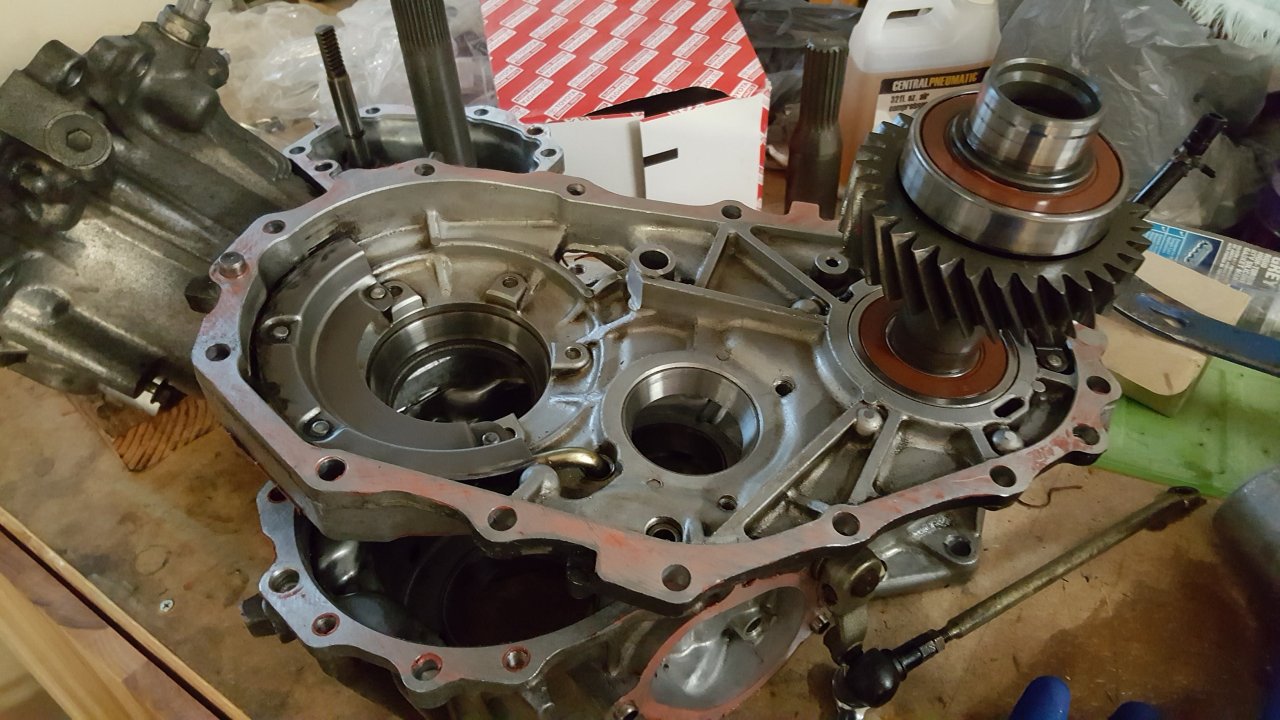 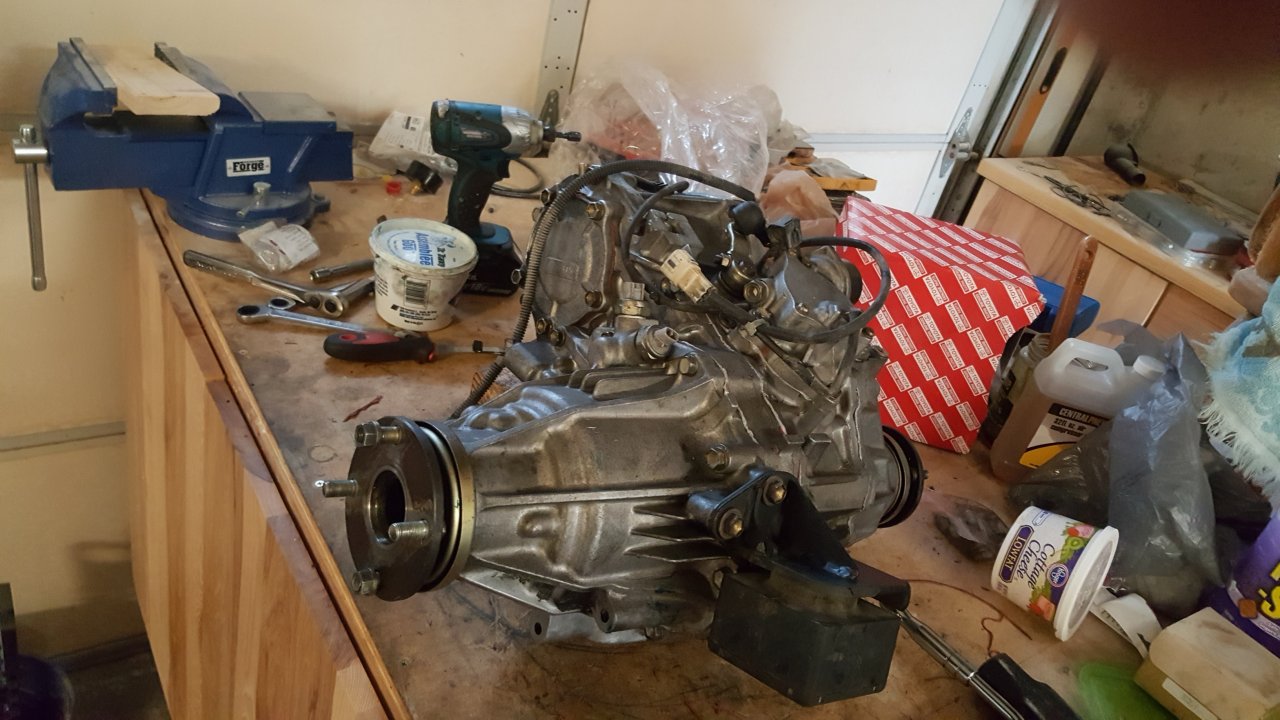 Got the motor mounts burnt in. The bottoms are ugly as I mentioned earlier. I Cleaned up bare metal and hit with southern polyurethane epoxy primer, 2 coats. Finished off with some krylon spray paint. 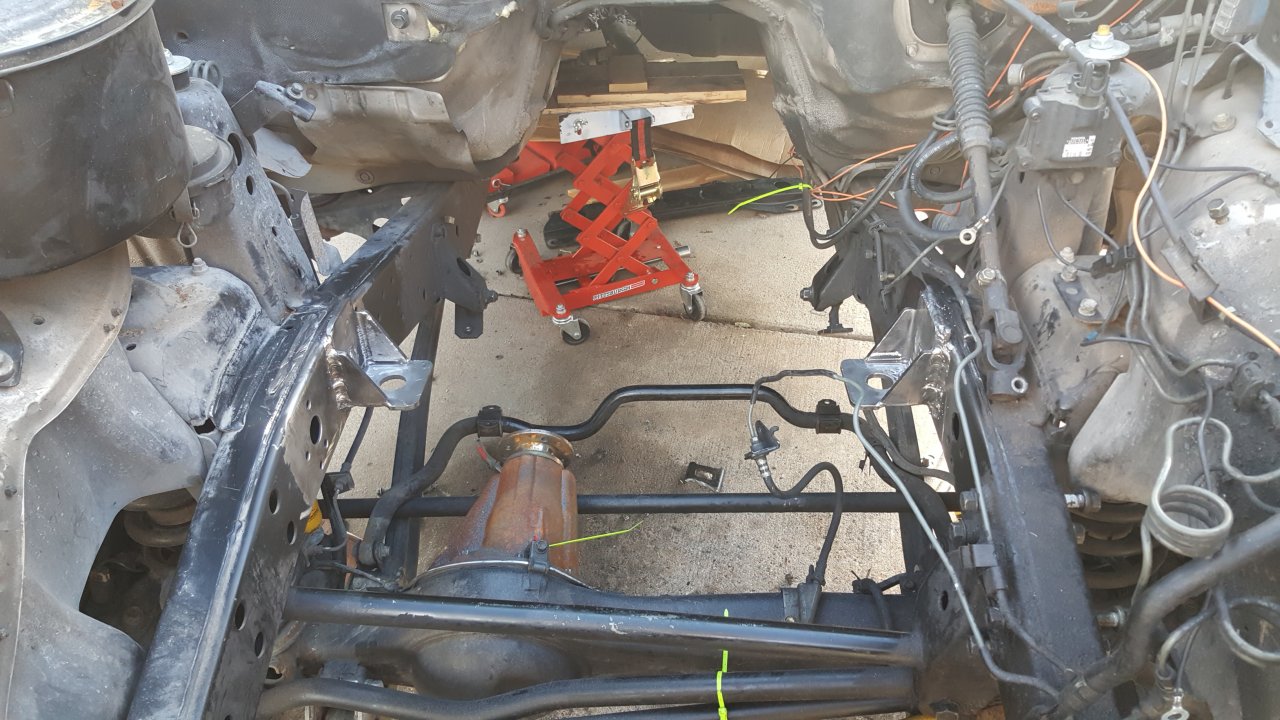 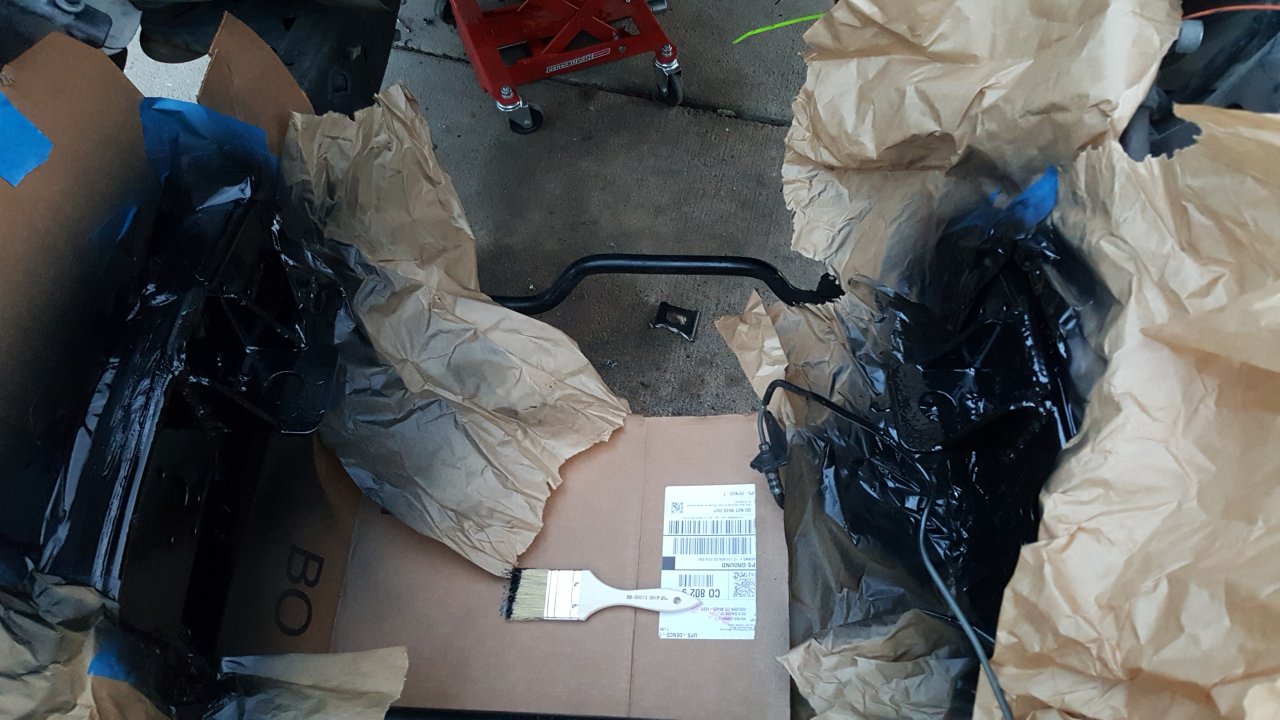 I will power wash Bay one last time and remove a few cables. Hope to get the fuel system run this week.

I thought I read some where you a thermostat for the oil cooler?
Seems to be the only item missing?
I was looking at these guy for the oil pressure port, near the pan

Am I SOL? How do I fix this? Just some gorilla glue? or drill out and find some vacuum fitting that will slide in? 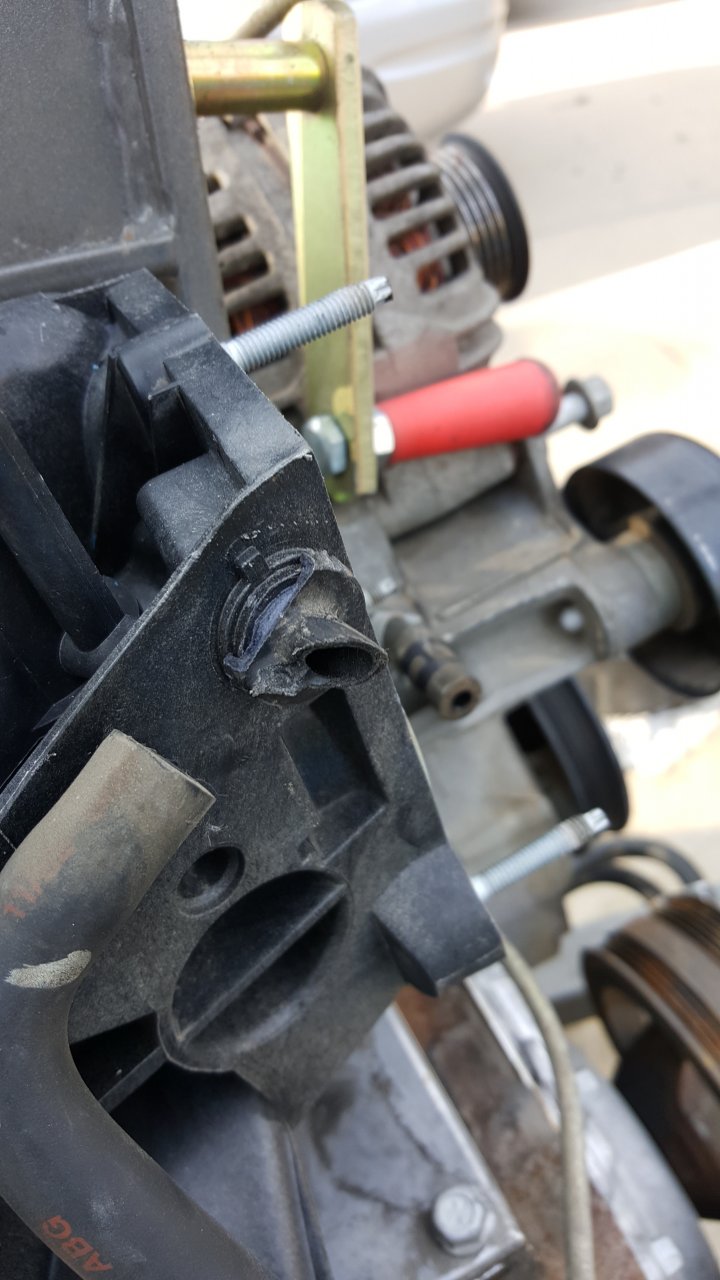 lazy said:
used ones are cheap. I'm debating spending another $100 or just trying to epoxy it.....
Click to expand...

Epoxy it, get it going, then swap out later.... Least that's what I'm doing cause mine has a big crack in it from the wreck the donor vehicle was in.

Try JB Weld. Used some recently on a hairline crack on the exhaust manifold of my boat and it's still holding. Knock on wood.
97 LX450

Let the future tell the truth, and evaluate each one according to his work and accomplishments. The present is theirs; the future, for which I have really worked, is mine. N. Tesla 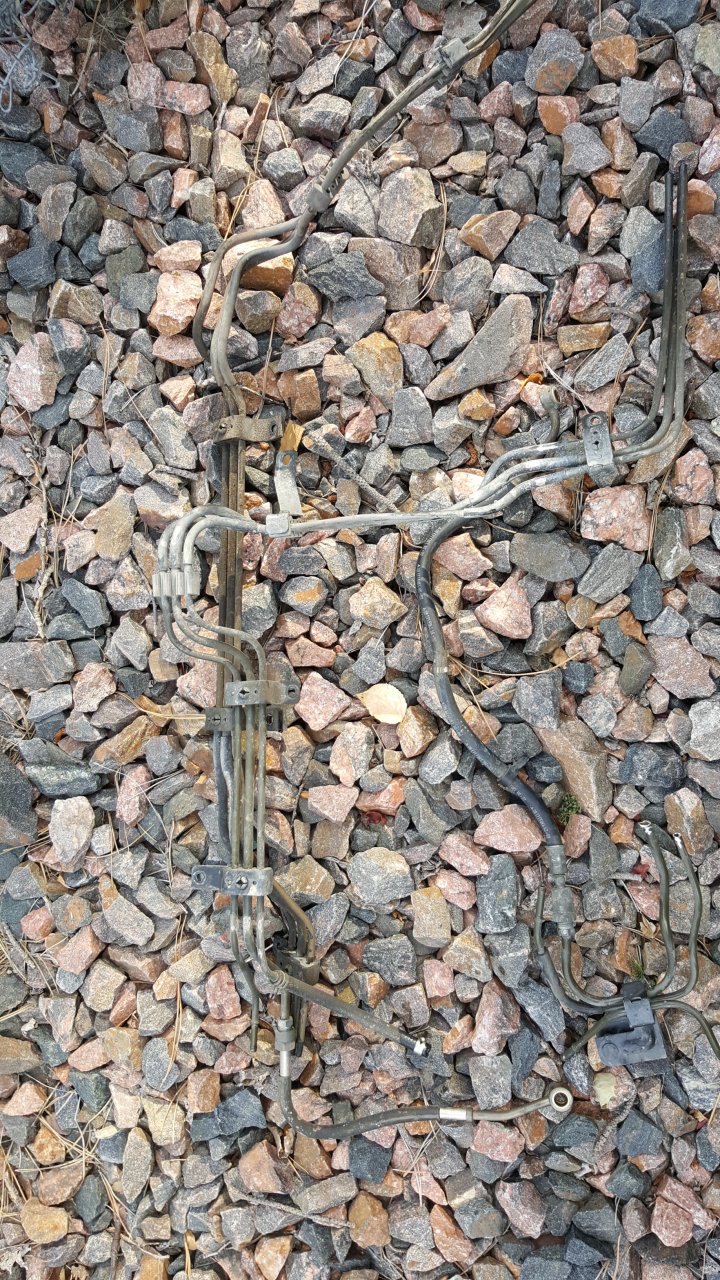 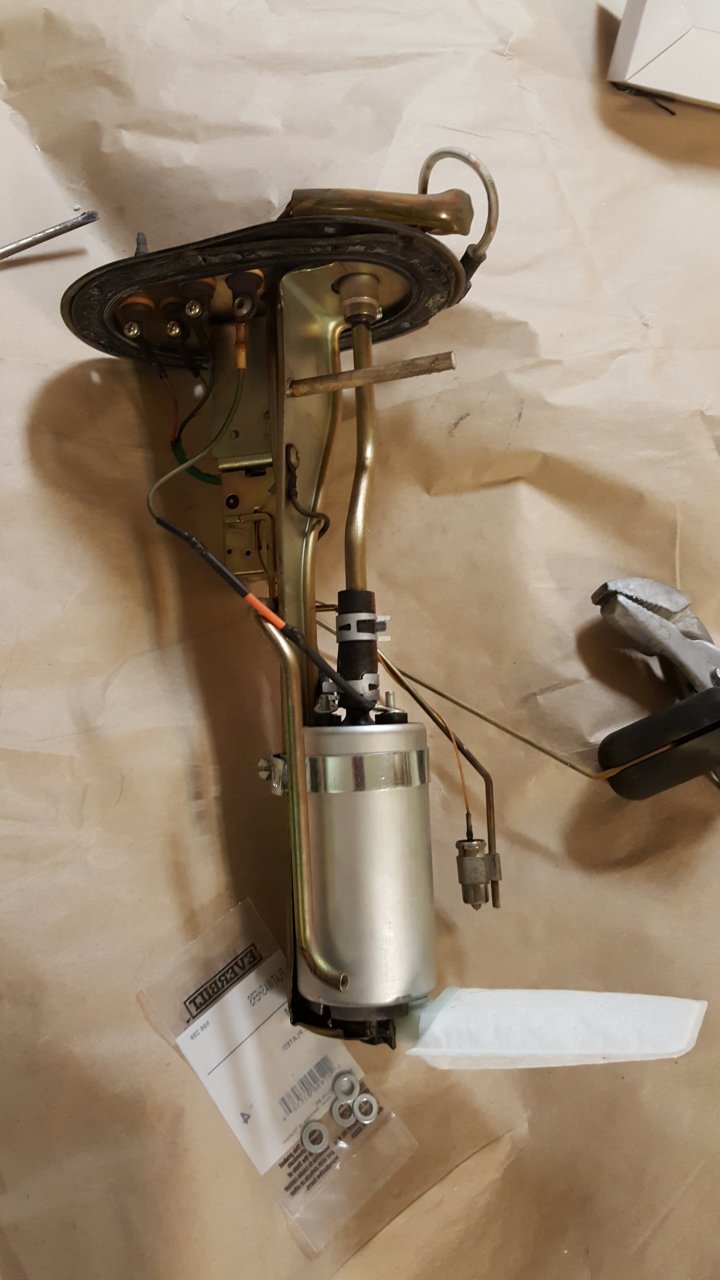 Supra pump has more girth. But super secure with radiator clamp. Had to extend wires and I keep buying the wrong size nuts for the posts... 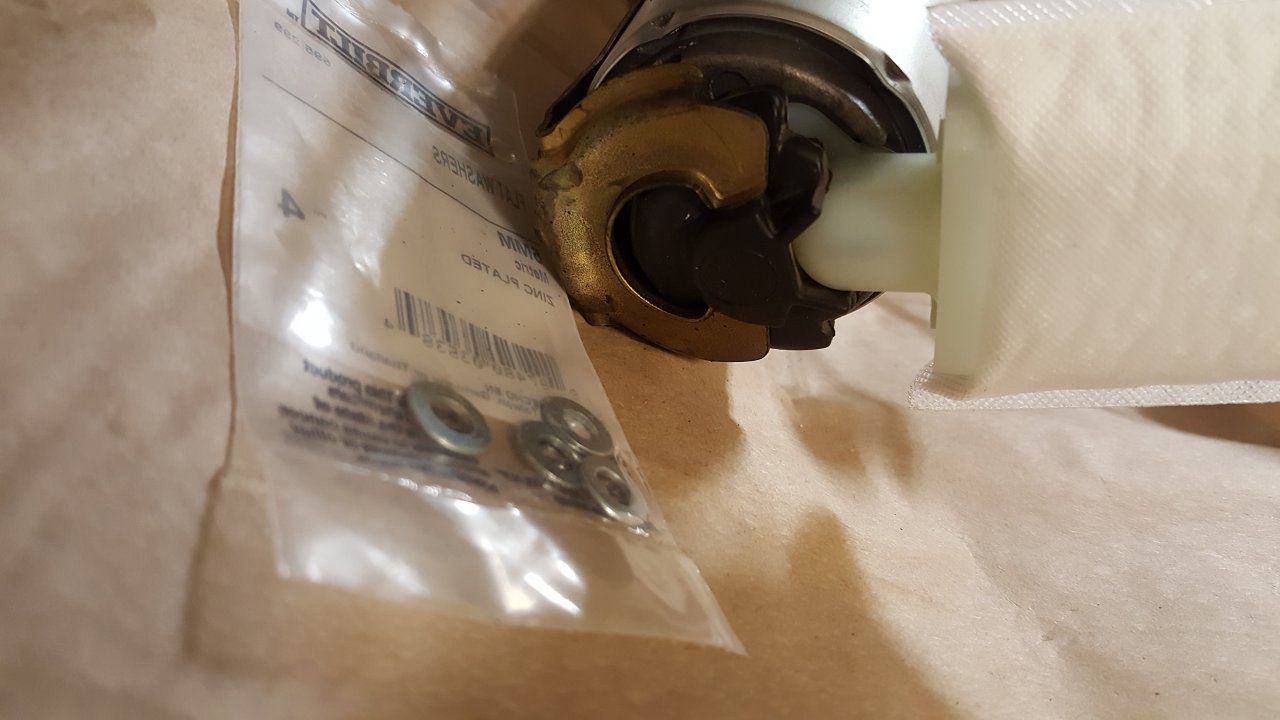 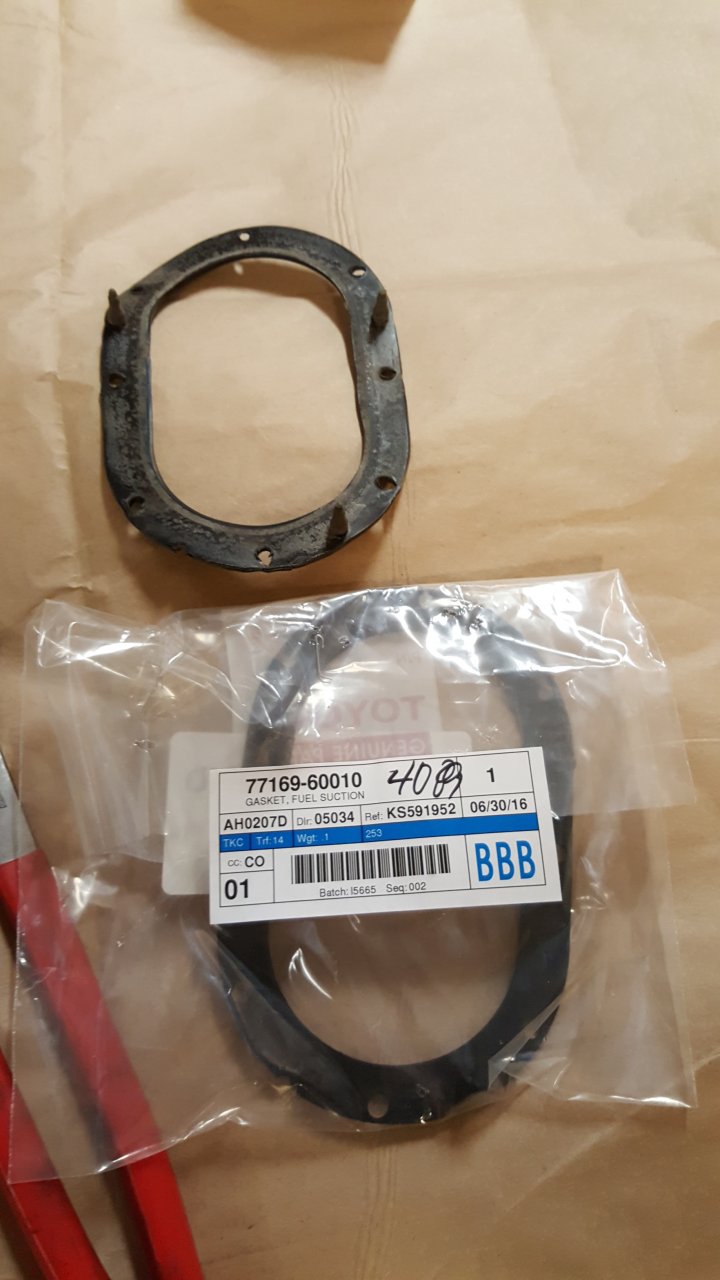 good you are getting more injectors. the #7 loves to get clogged up from trash in the fuel rail.
follow us on instagram! #Wefixthe6

M12x1.25 is thread for top of pump to pressure line. Trouble is, building something that is low profile to clear the access cover.... 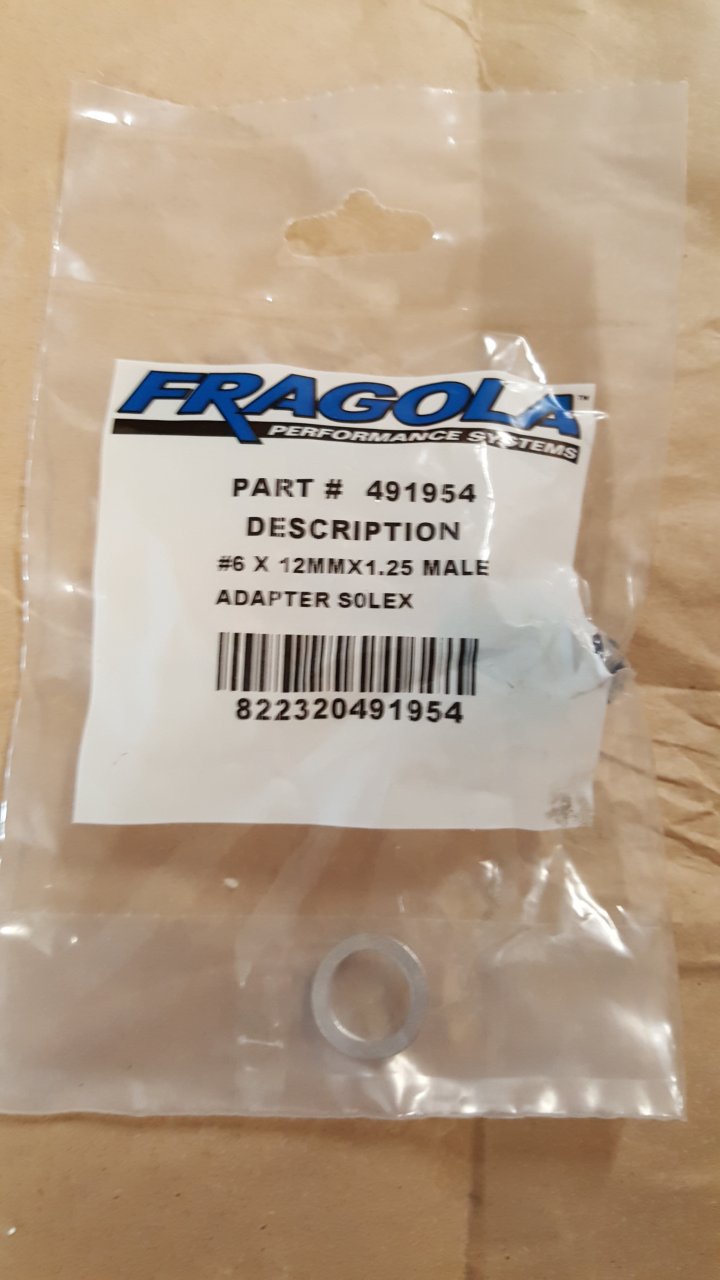 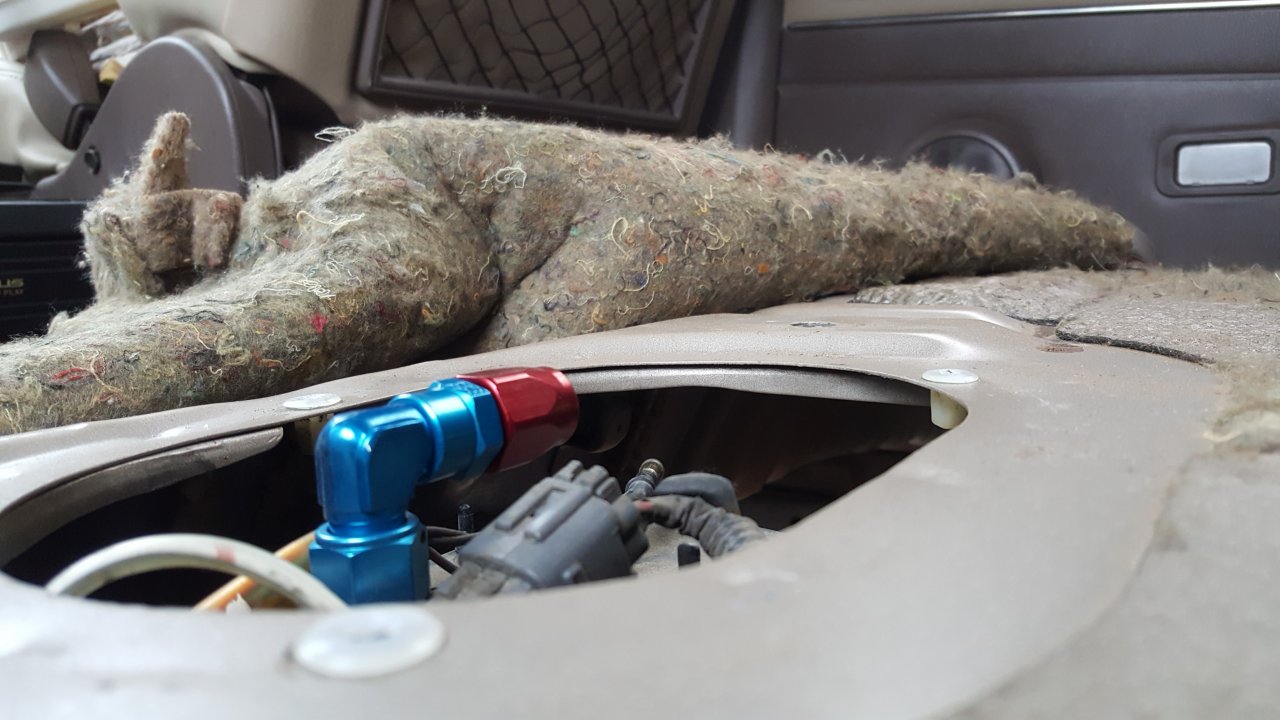 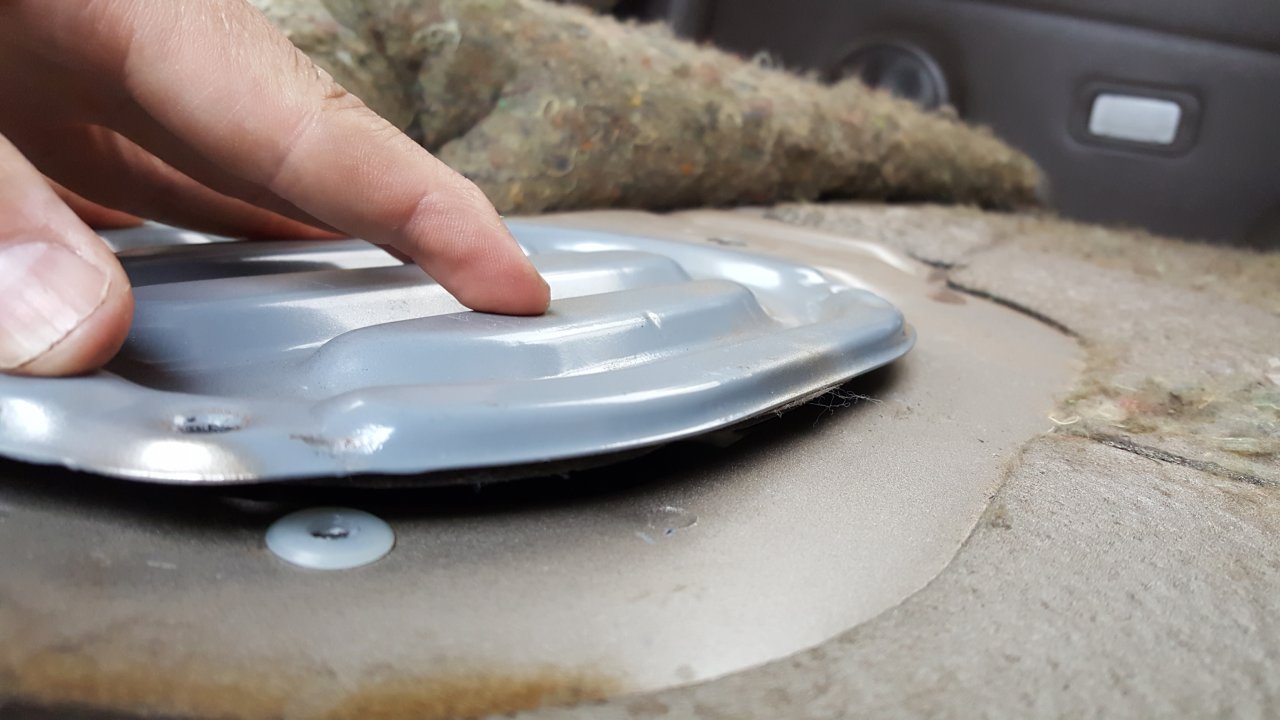 regarding pressure line for fuel....

Yesterday at 10:30 AM
White Stripe