If you like the cab color, I would think you could do a "Maaco" type paint job on the outside surfaces of the cab and bed and get it cleaned up pretty nice. This way, the interior door jambs and under the hood would pretty much match.

Despite almost being blown away, I have some George updates! First off, huge thanks to (at)alwaystoyota on Instagram, for the driver rear mudflap. I now have a full set in the back! I restored them using a process I read on here, and first used to restore the factory mudflaps I found for my FJ62. 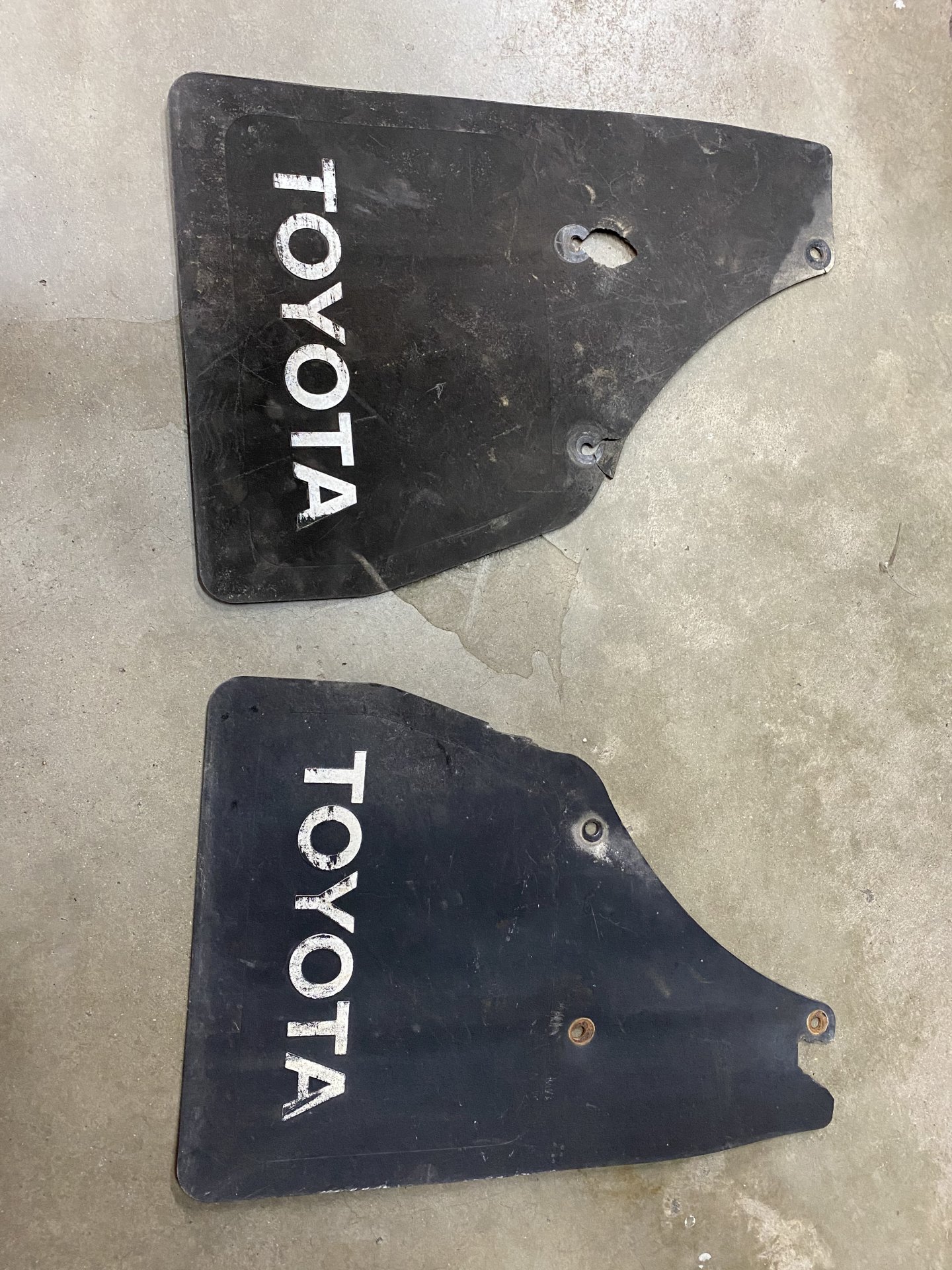 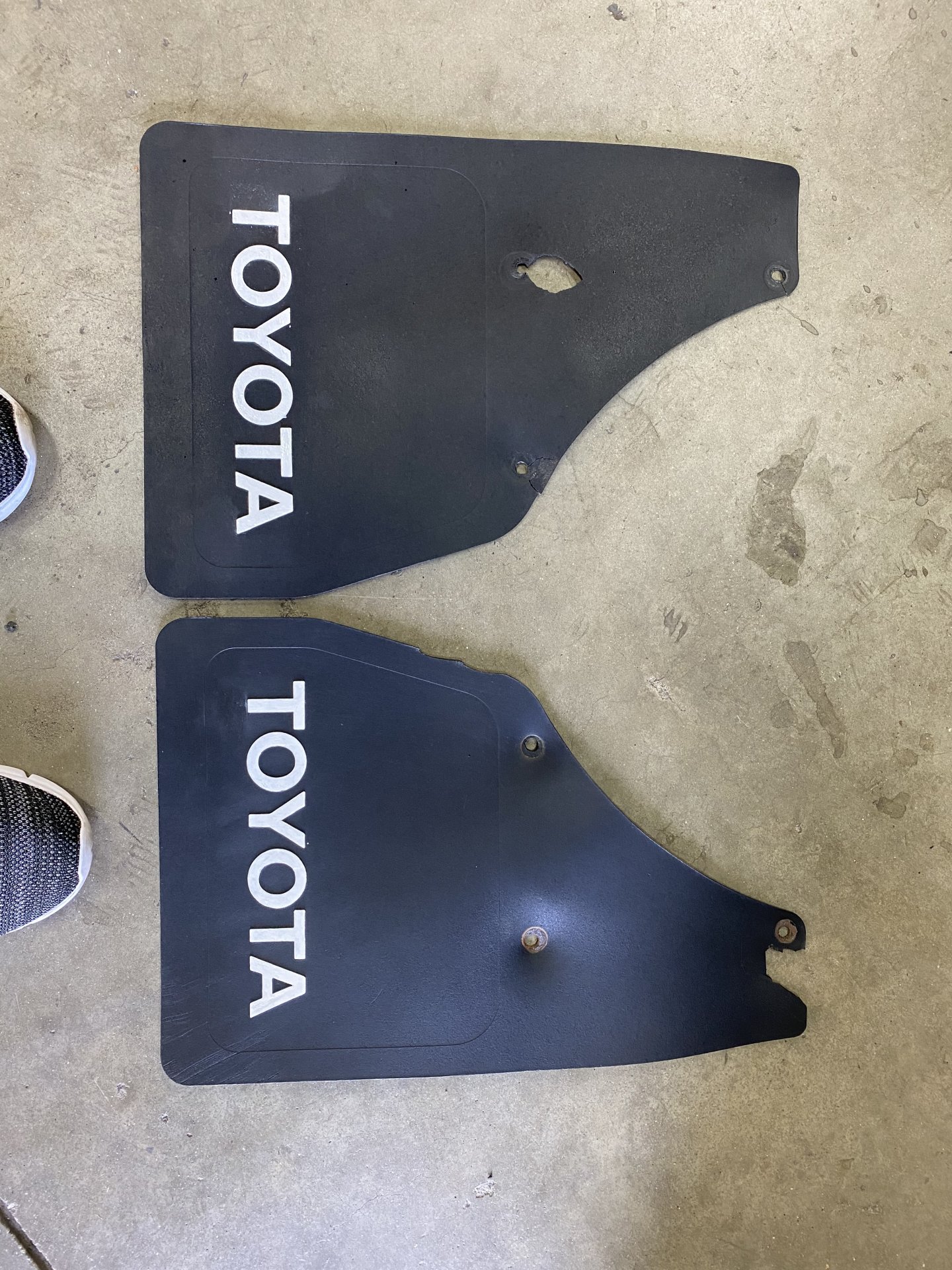 Parts truck pays off again. My truck needed two different keys, one to open the door, and one for the ignition. And then about a month ago the driver door key lock cylinder gave up the ghost. Parts truck had the original key! So I swapped door lock cylinders, and the ignition cylinder. So stoked on this one. 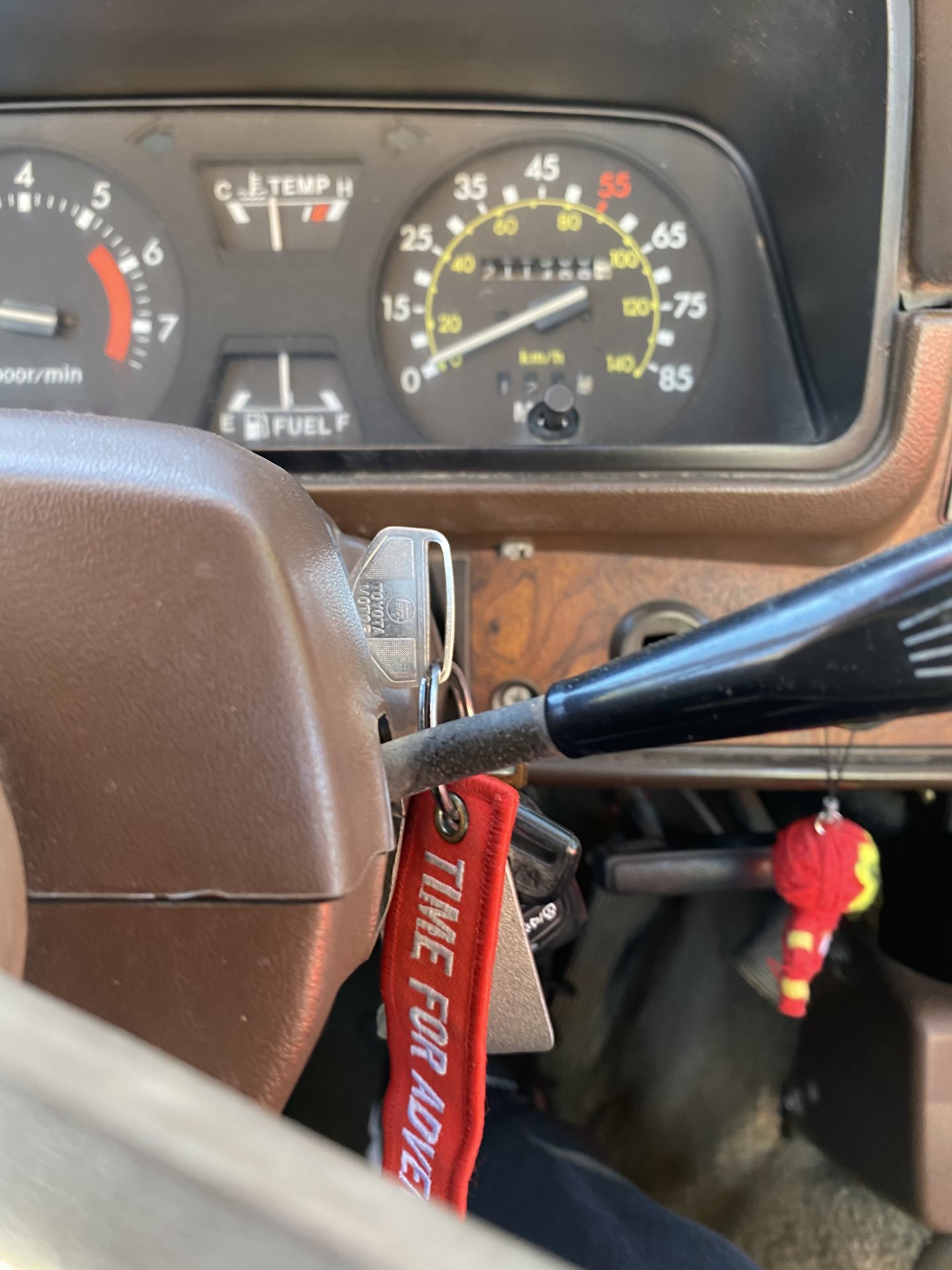 Next thing I took was the passenger vent window. Mine consisted of a piece of plexyglass, that at one point was siliconed in there solid. These beauties are fantastic. 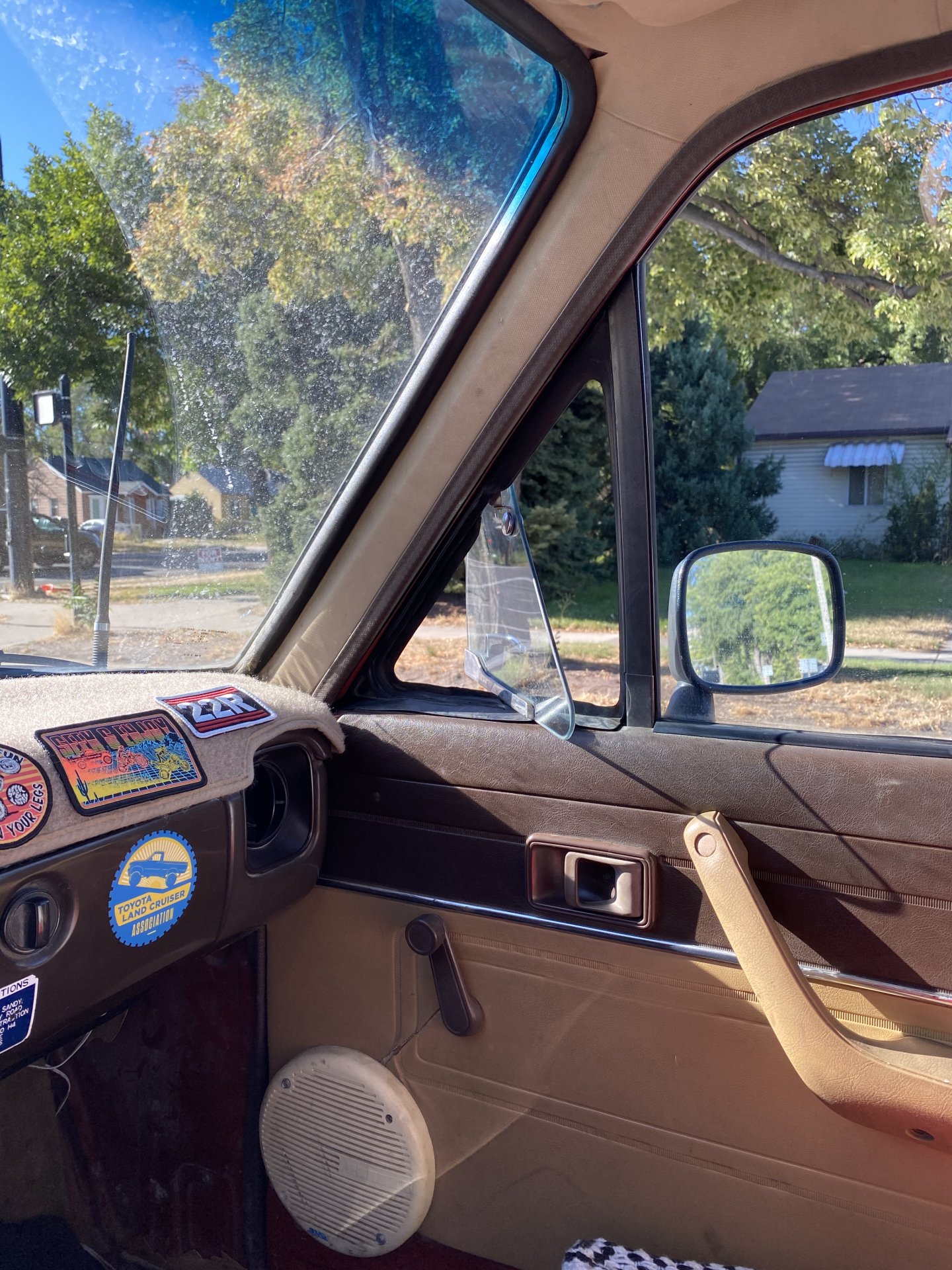 And the last part(s) I was able to steal from the parts truck, were the grille, bumper, and headlight doors. Mine were really sad, and these cleaned up pretty decent! The bumper is rough, but it's definitely more straight than mine, and it's black. Love the look of the black bumper. 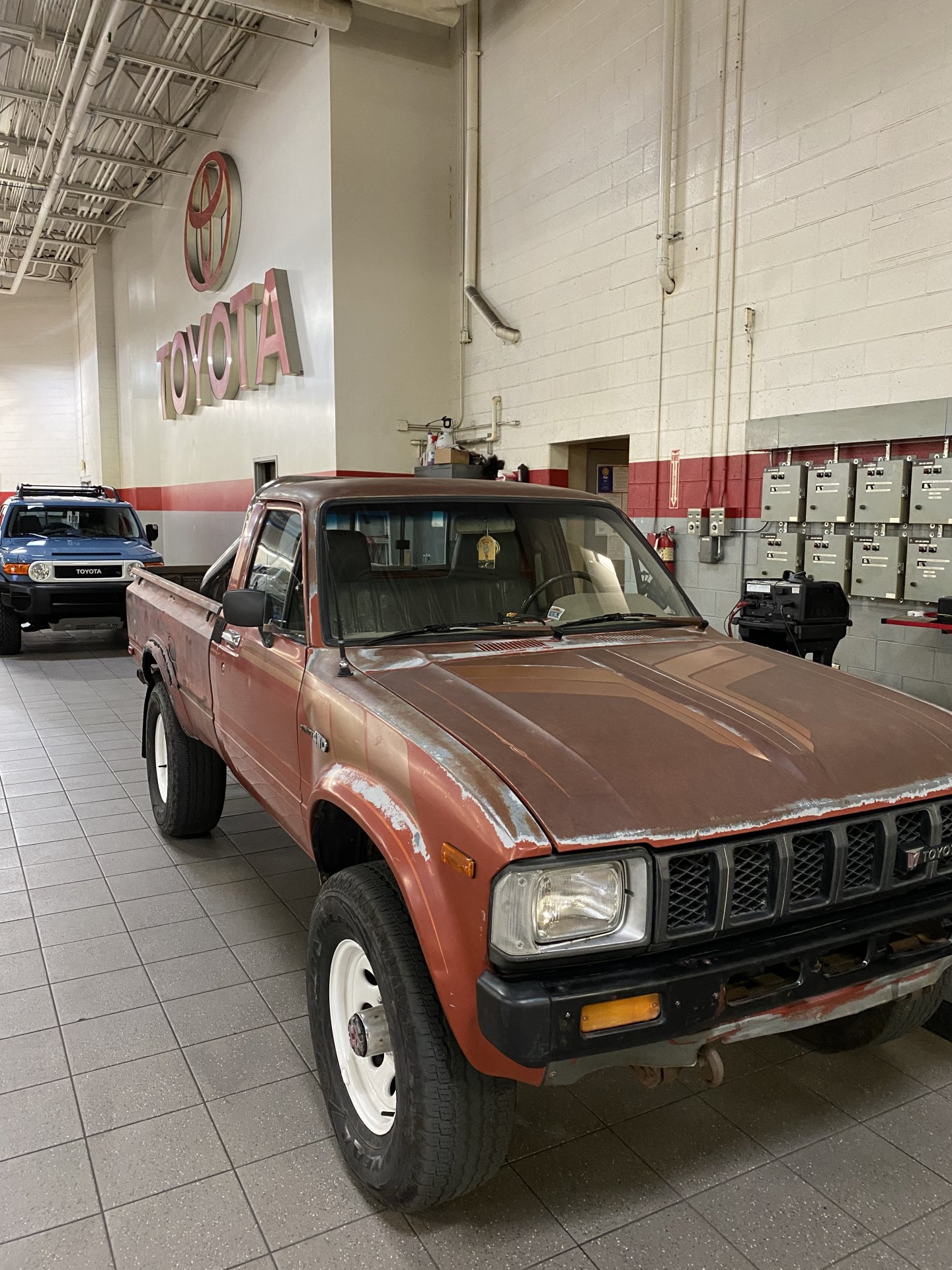 Bumper fits the 50 footer look I'm going for with George. 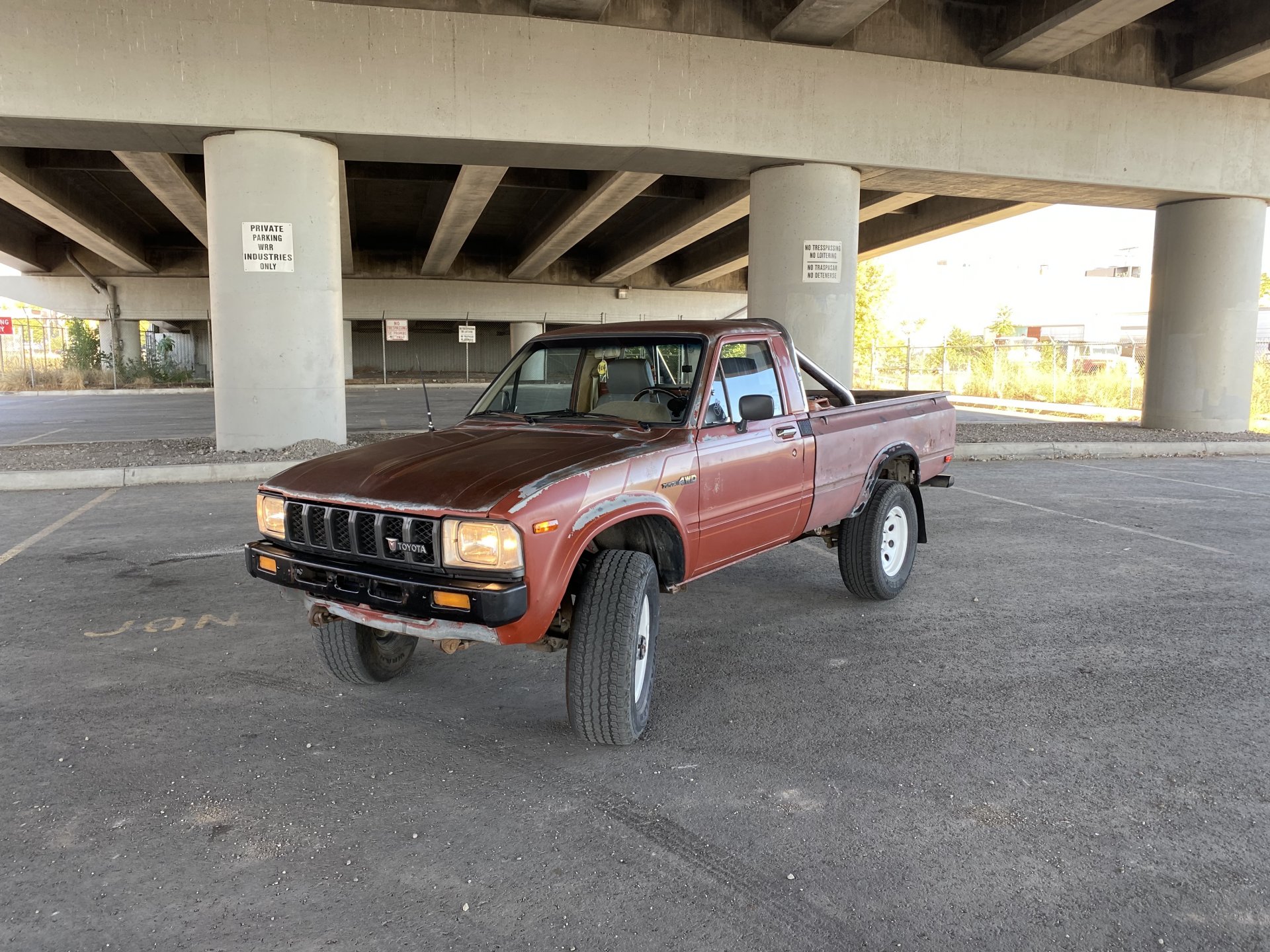 One more gratuitous shot of those mudflaps. I'll try and find some OE fronts, but at this point I'd be fine with some generic ones. 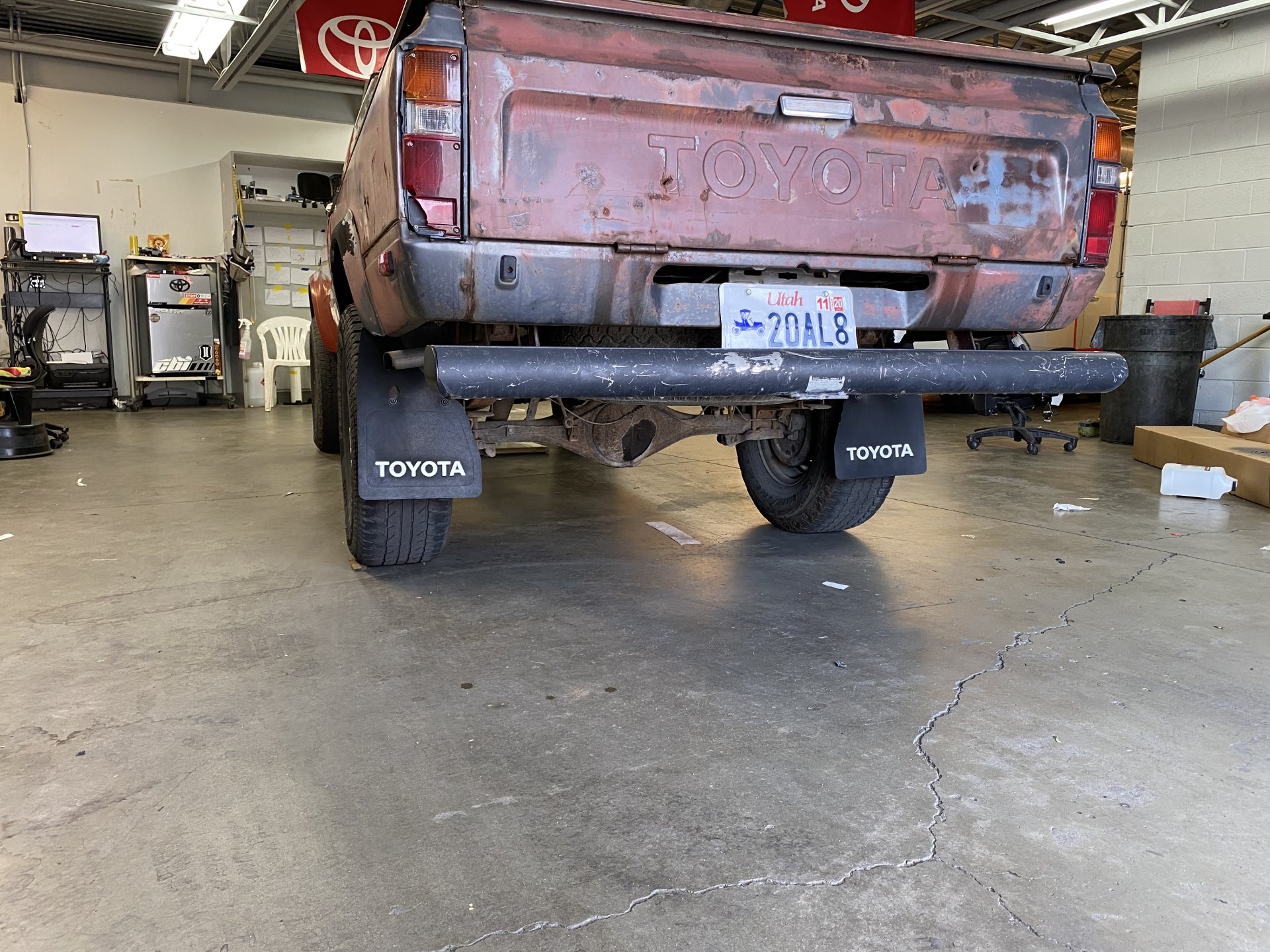 First time seeing this thread, awesome truck! I miss the chrome front bumper though. Shiny on rusty is a good look.

Carbed 4-banger... memories, lol. Don't point it up too steep a hill or it might stall out

Heckraiser said:
First time seeing this thread, awesome truck! I miss the chrome front bumper though. Shiny on rusty is a good look.

Carbed 4-banger... memories, lol. Don't point it up too steep a hill or it might stall out

My old mini truckster had a few legit bullet holes to complete the "abandoned in a field" look.
Click to expand...

Thanks man! George is still going strong. I too loved the chrome front bumper. If it wasn't so hammered I would have left it 😅 So far I haven't had it stall on me climbing a hill lol, which is why I favor the Aisin carb to the Weber. They're fantastic though!
Brayden Hill | W7HLC | TLCA #25691
1990 FJ62
1983 Pickup/Hilux
2021 Tacoma

Ohhh man do I have some George updates. We'll start with some of the paint correction I did. Some dude I follow on IG scored an early 70's Hilux, and did some crazy stuff with the paint using some Meguiar's ultimate compound, so I thought I would give it a try.
Amazon product 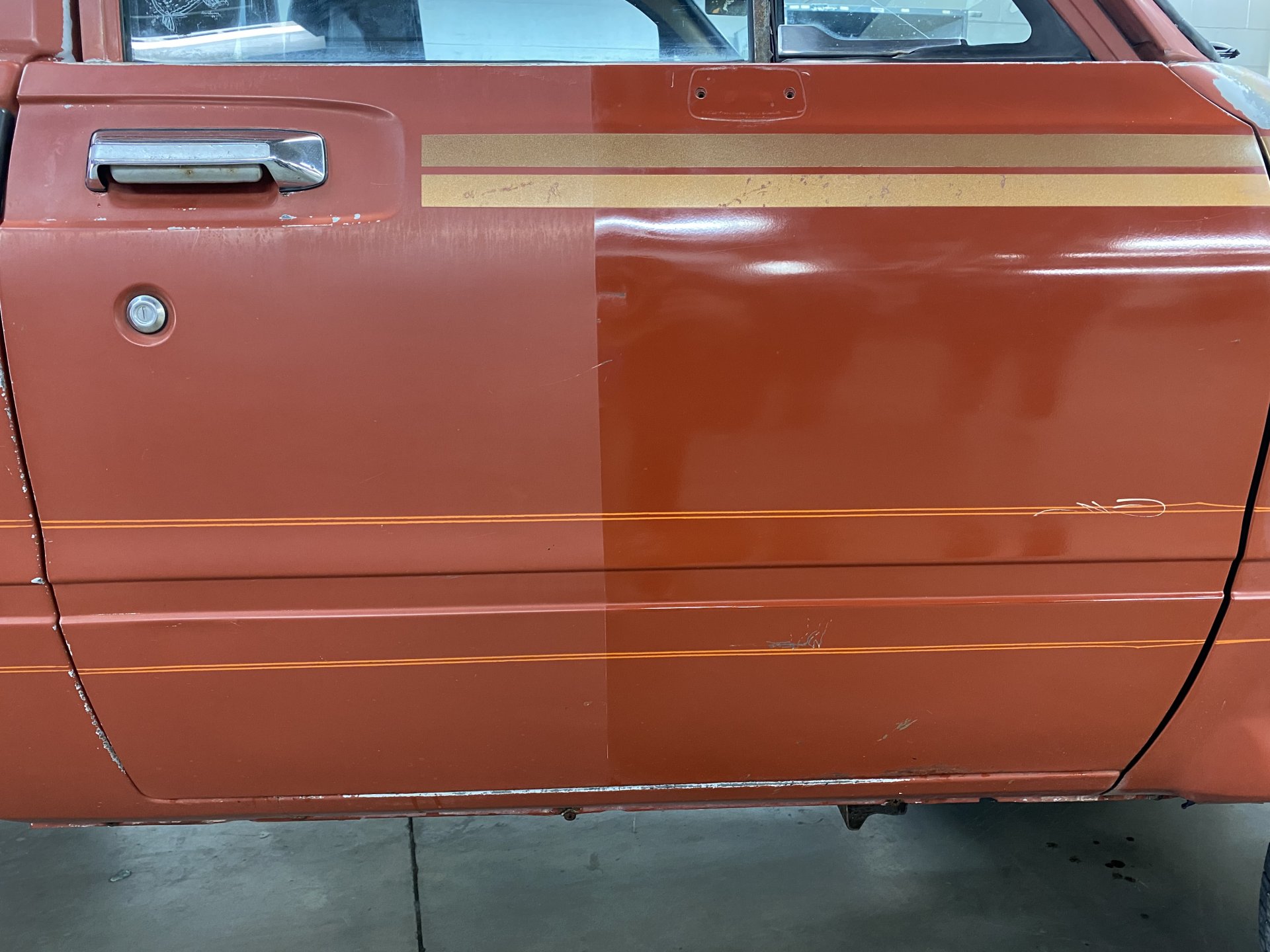 You can't even make that stuff up. 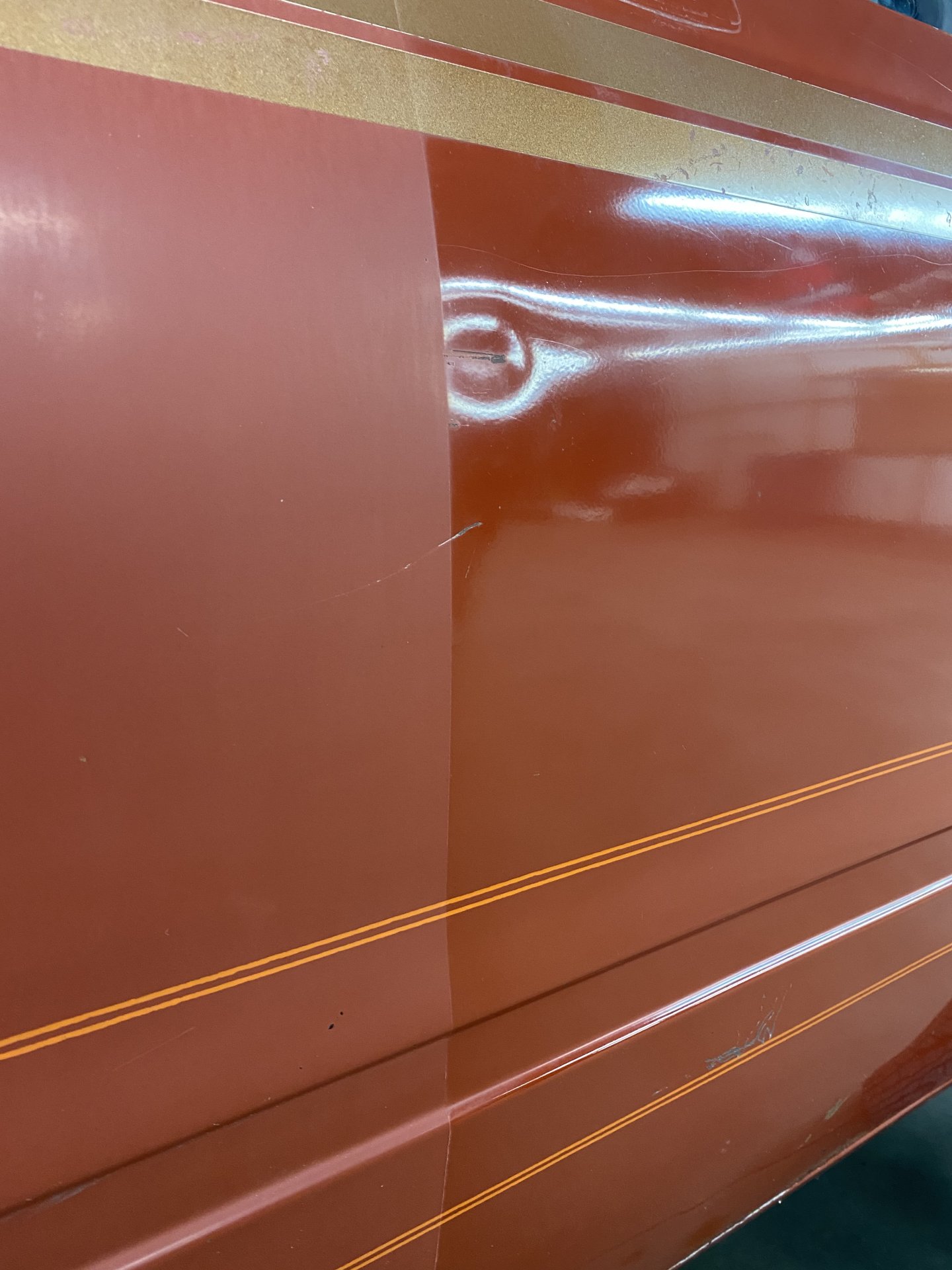 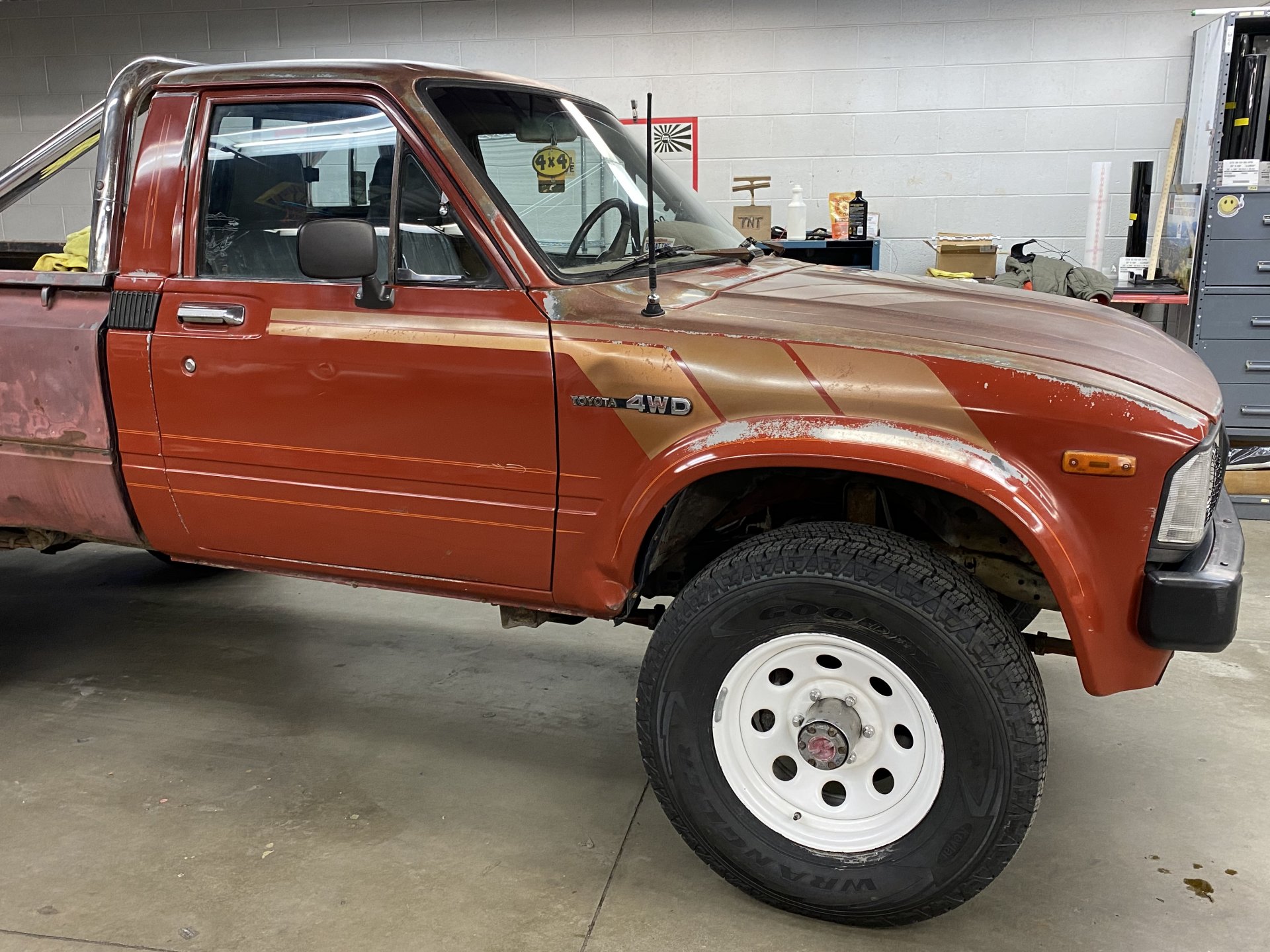 This gives me so much hope, and a great baseline to have the bed painted to match. Hoping to do that this summer. 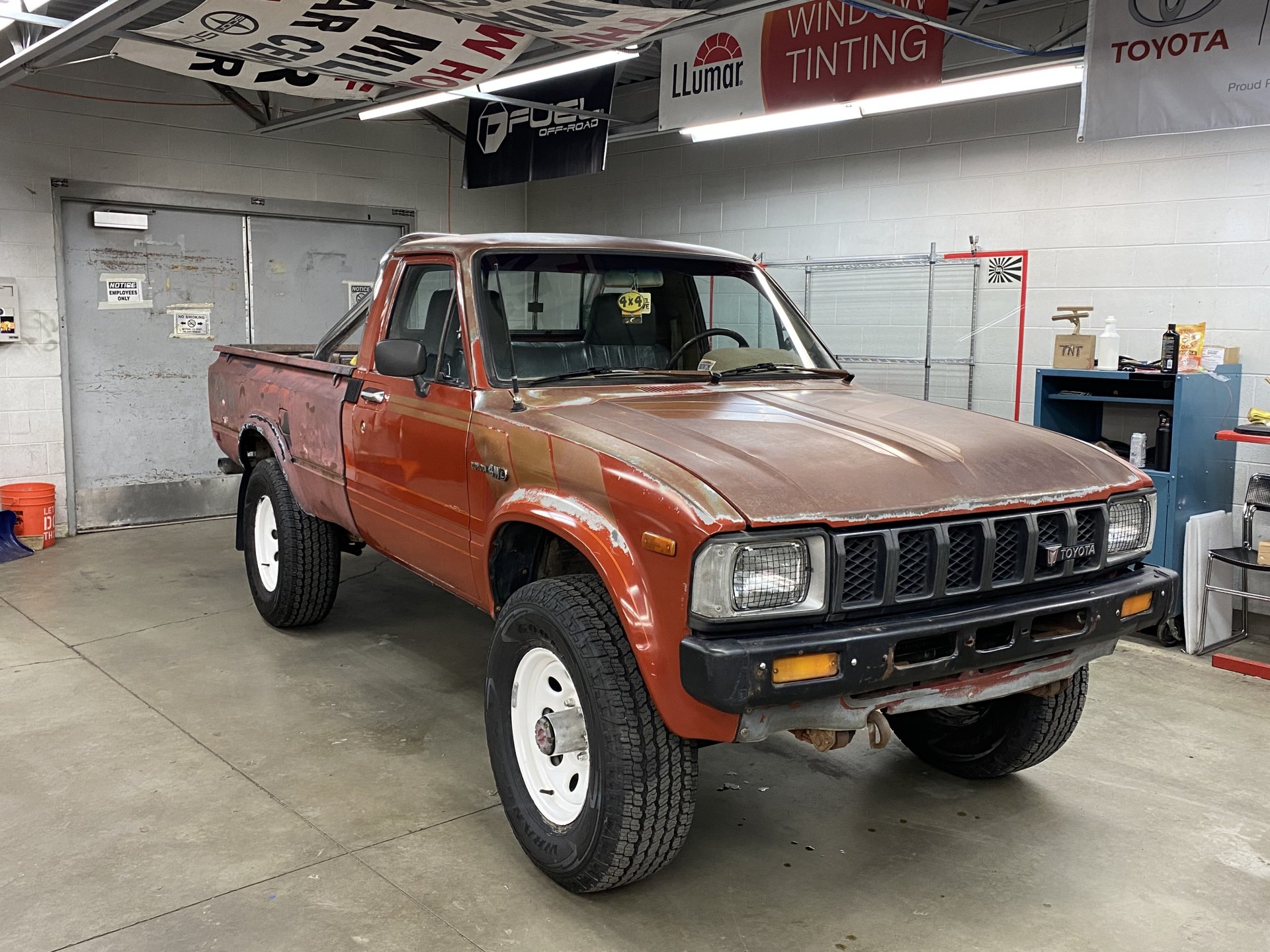 The thing I'm most excited for, are these bad boys. Been looking for a long time! 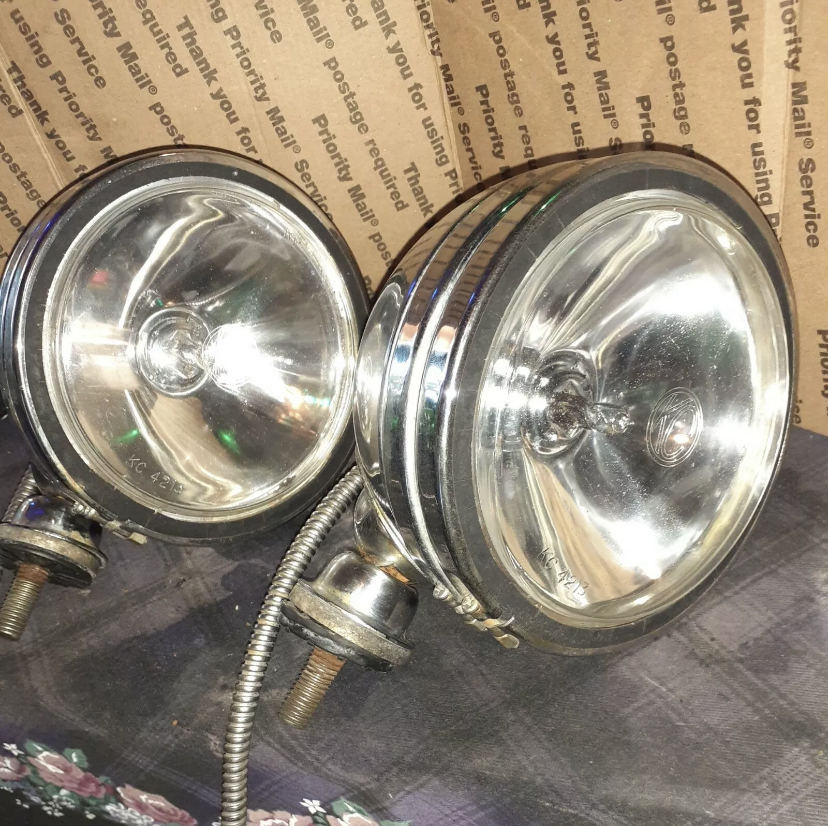 Another Flebay score! Dirt cheap, too. 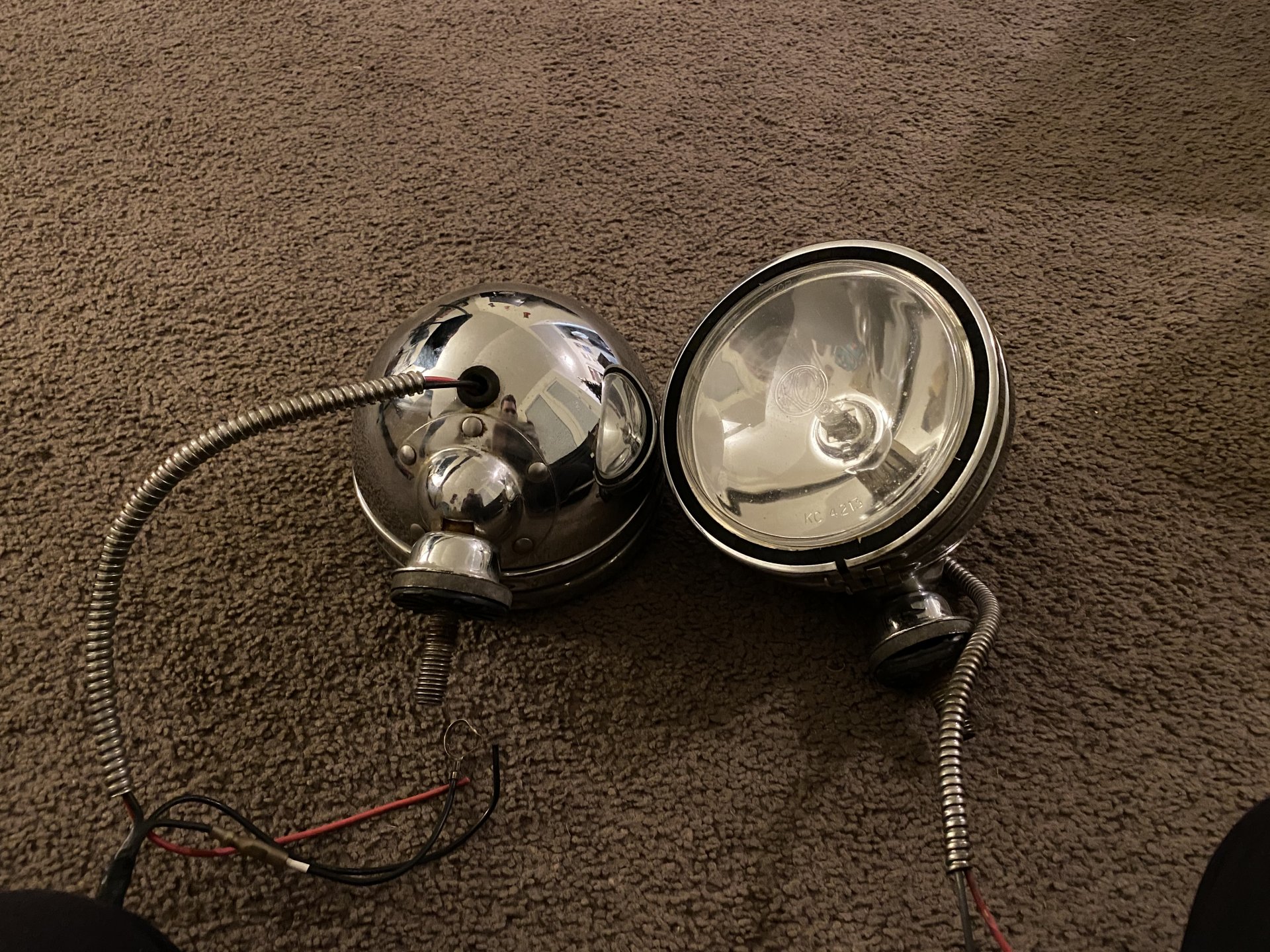 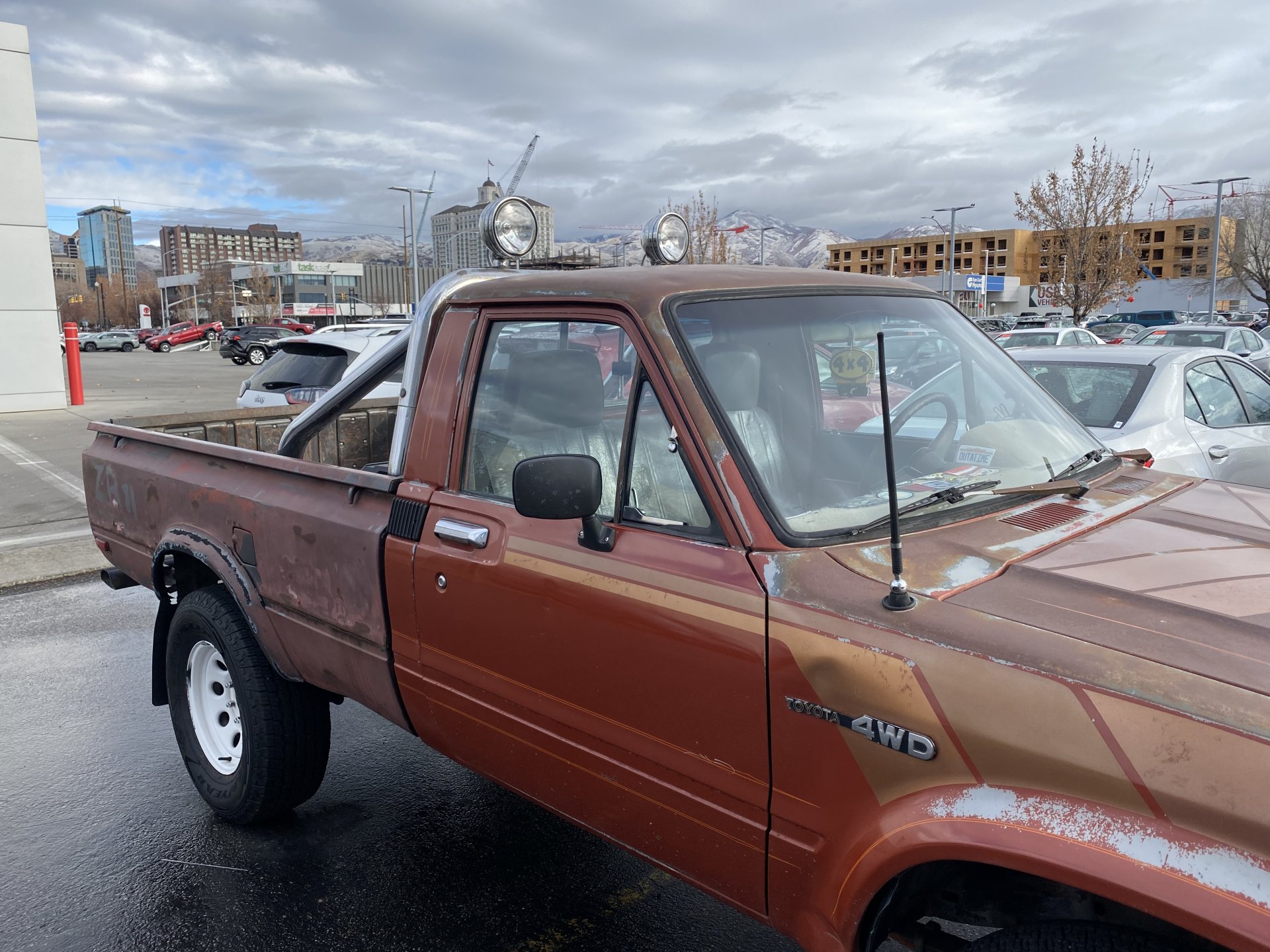 I got a wiring harness, too. Just need to take the time to get them wired up! It's gonna be a pain getting that wiring through the roll bar. 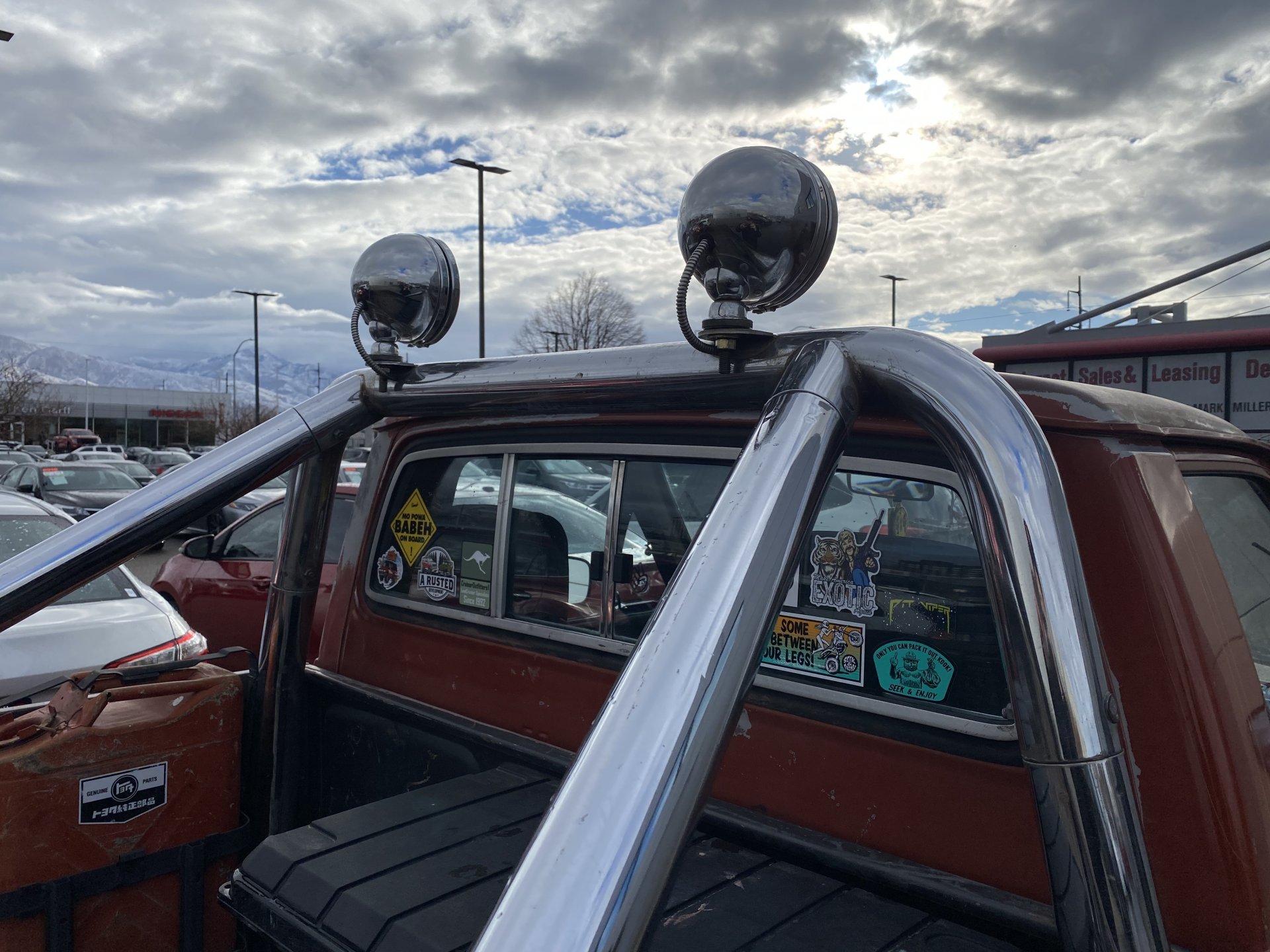 And the pièce de résistance, a good friend of mine gave these to me. That's right. GAVE THEM TO ME. You can't find these south of $150 bones on the interwebs. 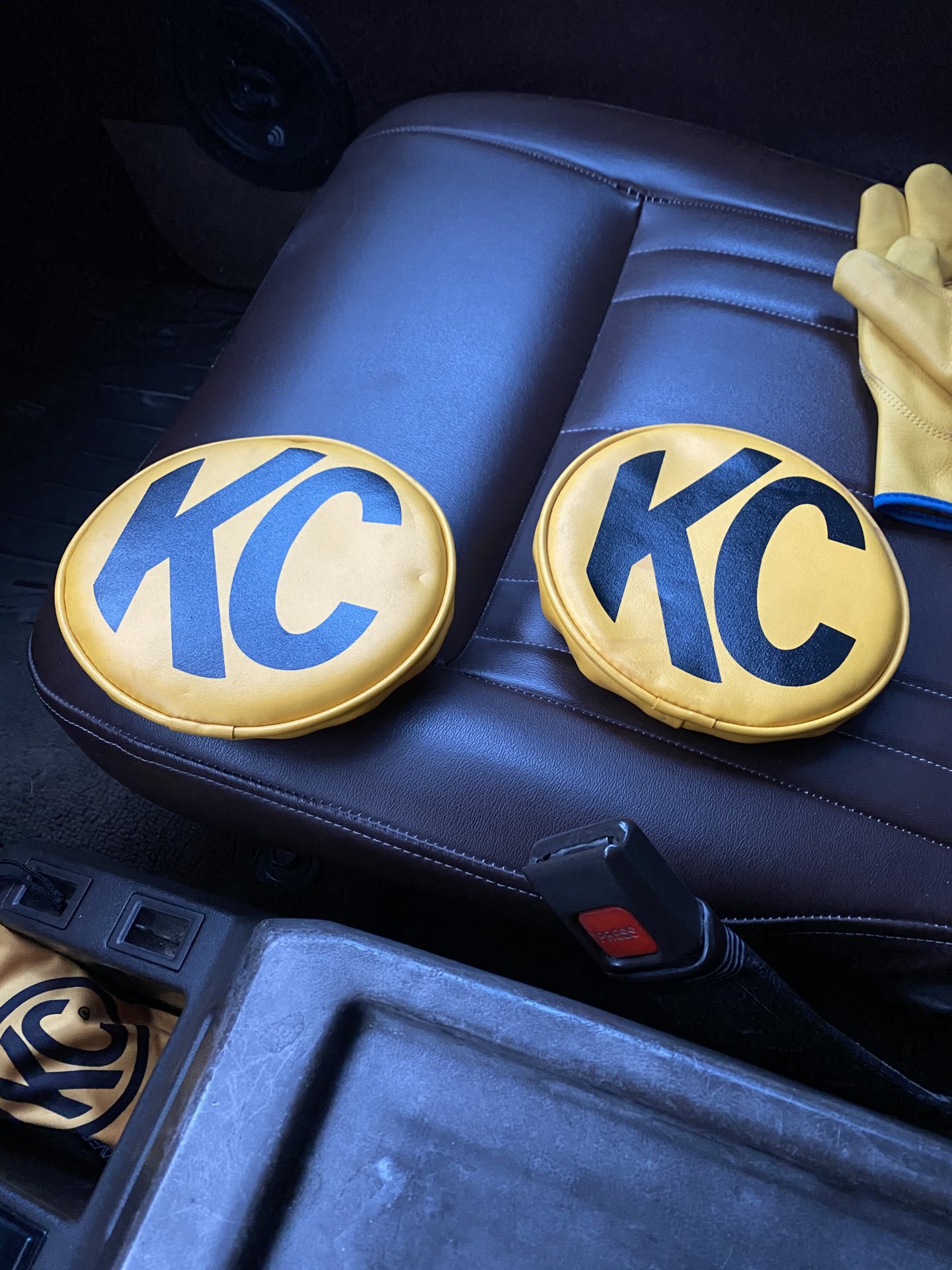 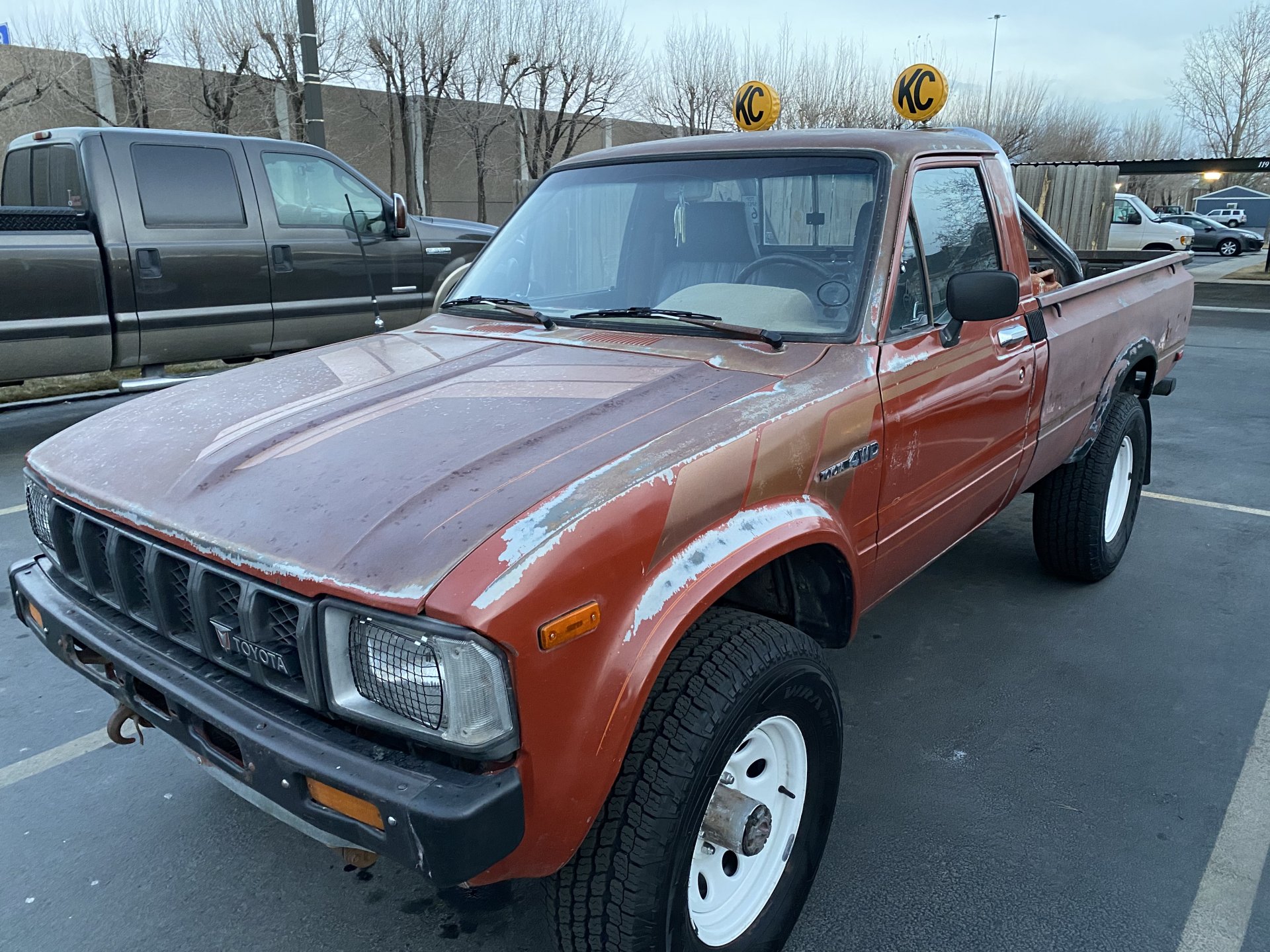 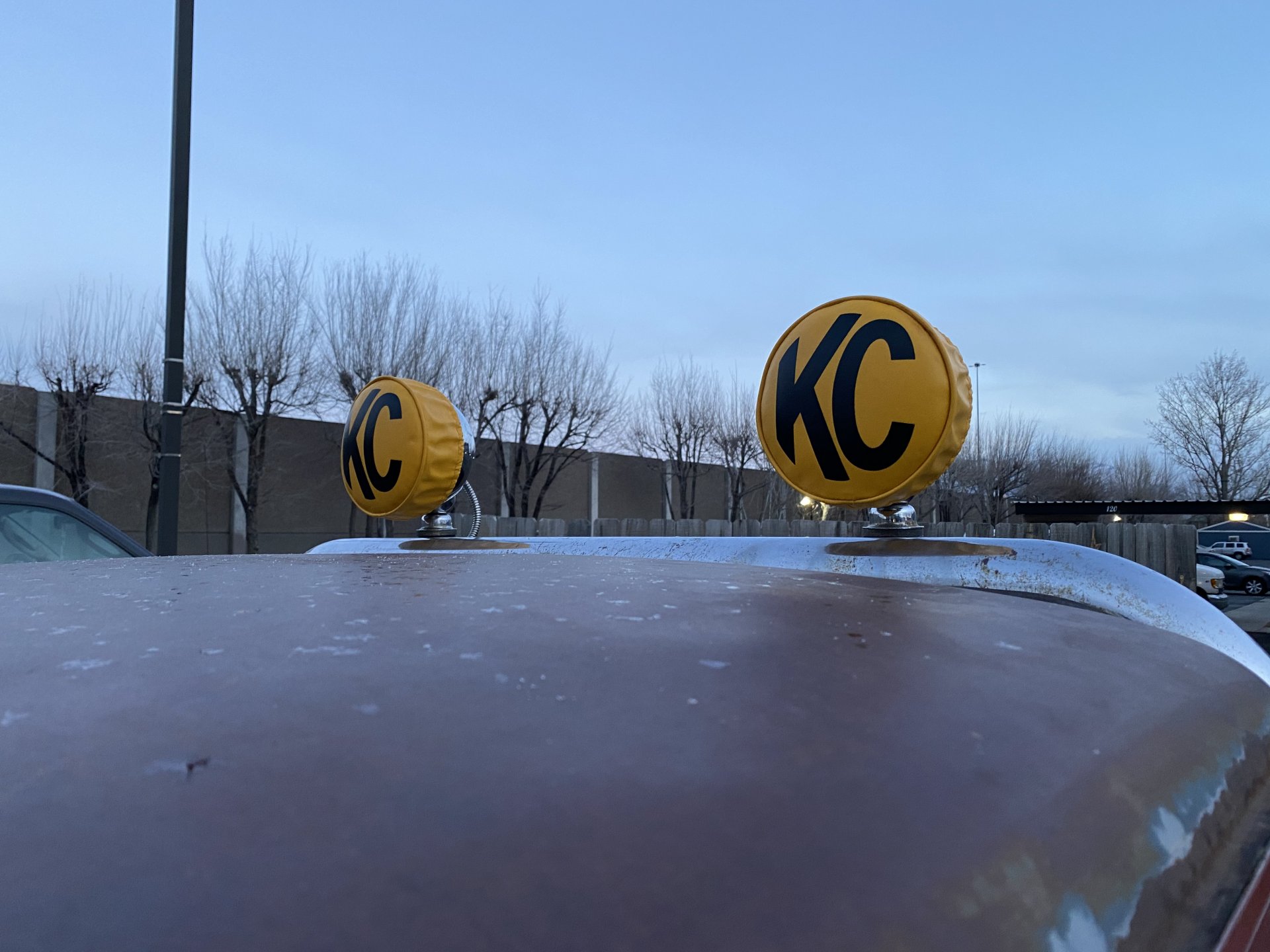 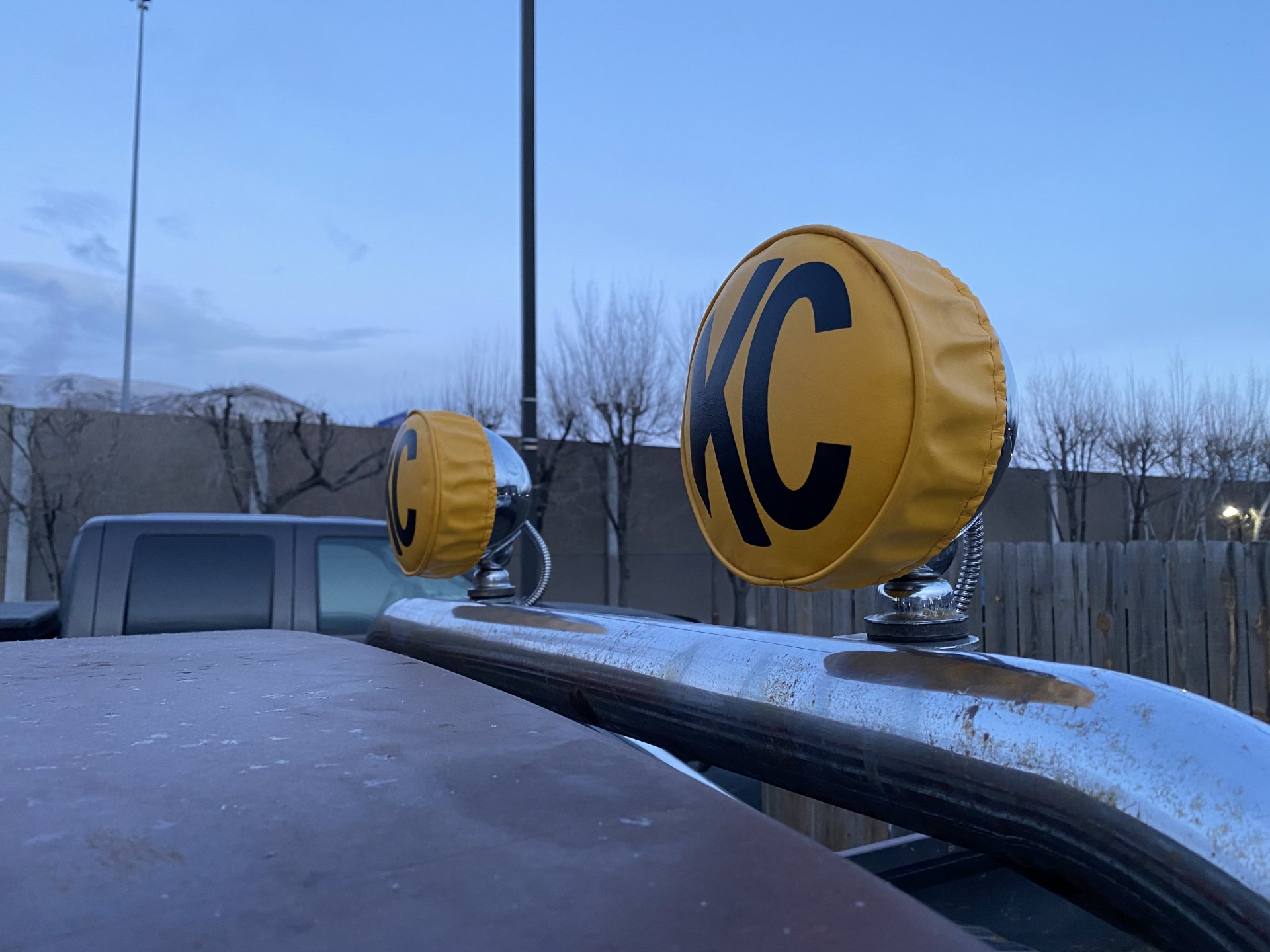 and I remember throwing away a box of those KC Daylighters. Damnit.

Manhattan said:
and I remember throwing away a box of those KC Daylighters. Damnit.

Turns out the "Rule of 2" does not just apply to Sith philosophy. George adheres by these laws as well. Let me explain.

A few weeks back I was driving back to my work from Cruiser Outfitters, when all of the sudden, I heard the gates of hell open, releasing 1,000 screaming demons. This was accompanied with the heavy smell of burning rubber. As quickly as it had started, it was silent. Checked my amperage gauge, which read normal. Odd, as I had assumed it was the drive belt to the alternator. Once I got off the freeway, the unassisted steering solved that mystery.

No pictures of that aftermath, but it was a slaughterhouse of rubber in there. Idler pulley seized solid.

I threw a new one on, and went ahead and replaced/properly tensioned the other two belts, and was back together in no time. Feeling accomplished, I drove George home. All seemed well until a couple days later, when I walk out to this: 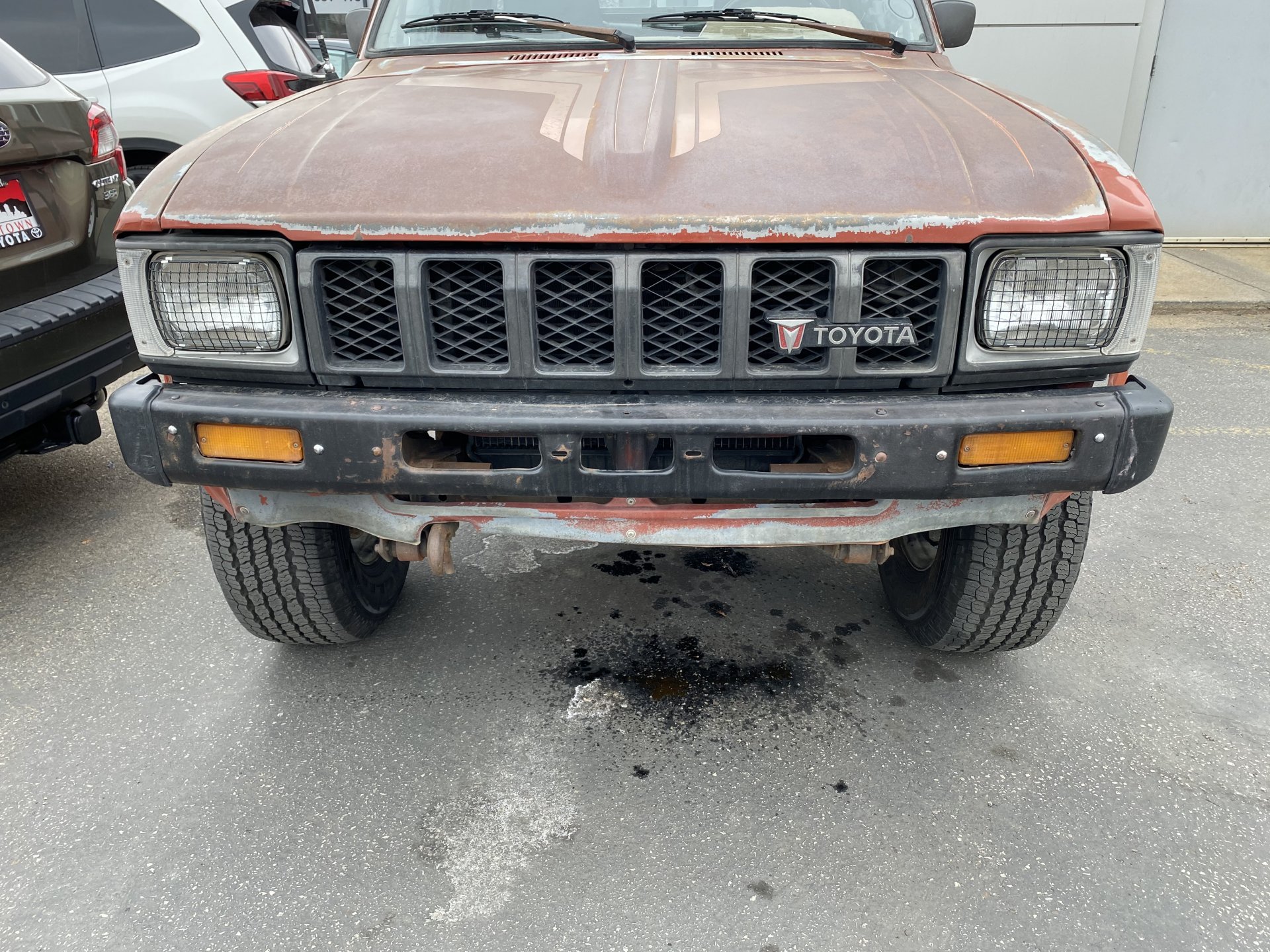 I ordered one through CarQuest, and one day this week after work, pulled it in the shop to get started on the tear down. Let me just say, I thoroughly enjoy this 22R. I like working on it. I haven't had to a ton, but the few times I have, it's pretty straightforward. Everything came apart just fine, and since the PO used rubber gasket maker with the last water pump, it came off pretty clean. Spirits high, I got to work on reassembling it with the new pump. I was back together in no time, and only needed to reinstall the belts, fan shroud, top off the coolant, and take it for a rip.

I came back the next day, finished those few steps, and fired it up. As quickly as I had felt excited, I felt crushing defeat haha. Check this out: 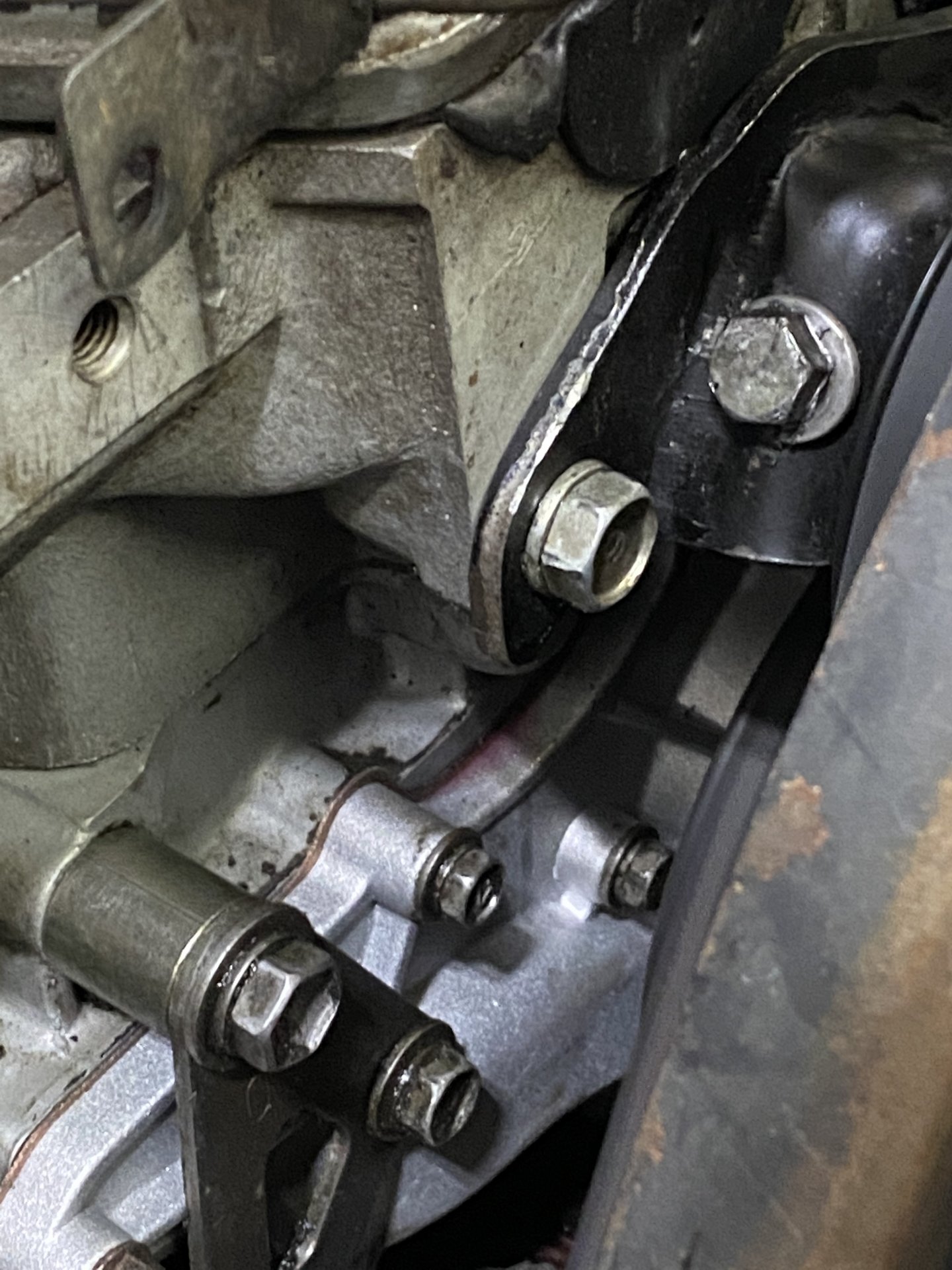 Coolant immediately started pouring out of the top of the pump. They gave me a 22RE pump. They're a different shape. And I'll be damned if I didn't think twice about the difference in the shape between the old one and the new one. 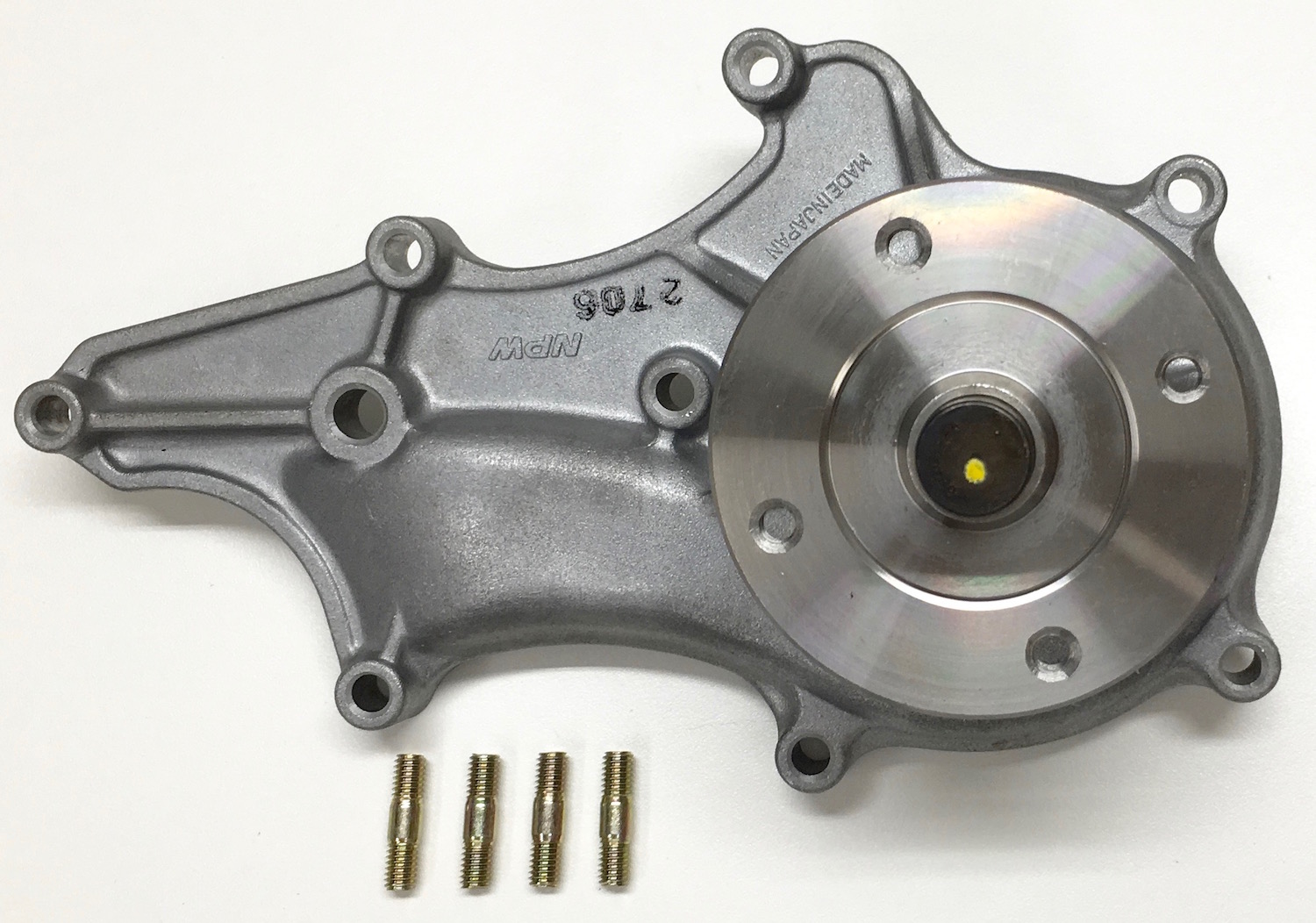 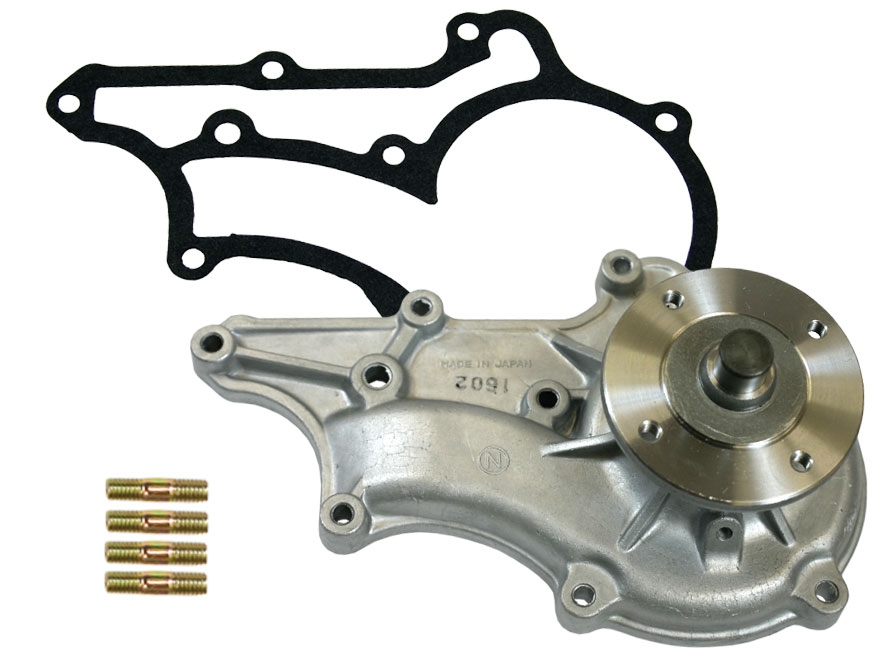 Live and learn! Got the correct one later that day, and it only took me an hour to swap them out haha. Amazing how good you are at doing something that you just barely did.

Also, I should mention another issue this water pump replacement fixed. Have you ever noticed a pulsing vibration in the drive train, magnified under load in 5th gear, go away after replacing the water pump? Sounds crazy, but follow me on this. It was really bad before, and it's completely gone. I have to imagine it's related, as that bearing was shot, and the whole fan/fan clutch wobbled like craaaazy.

Final update! When the fuel pump was replaced by the PO, they only used a single paper gasket, and no "insulator." I ordered two new gaskets and one of those insulators. Sealed that up nicely! It used to puke oil down the front of the engine from there before. 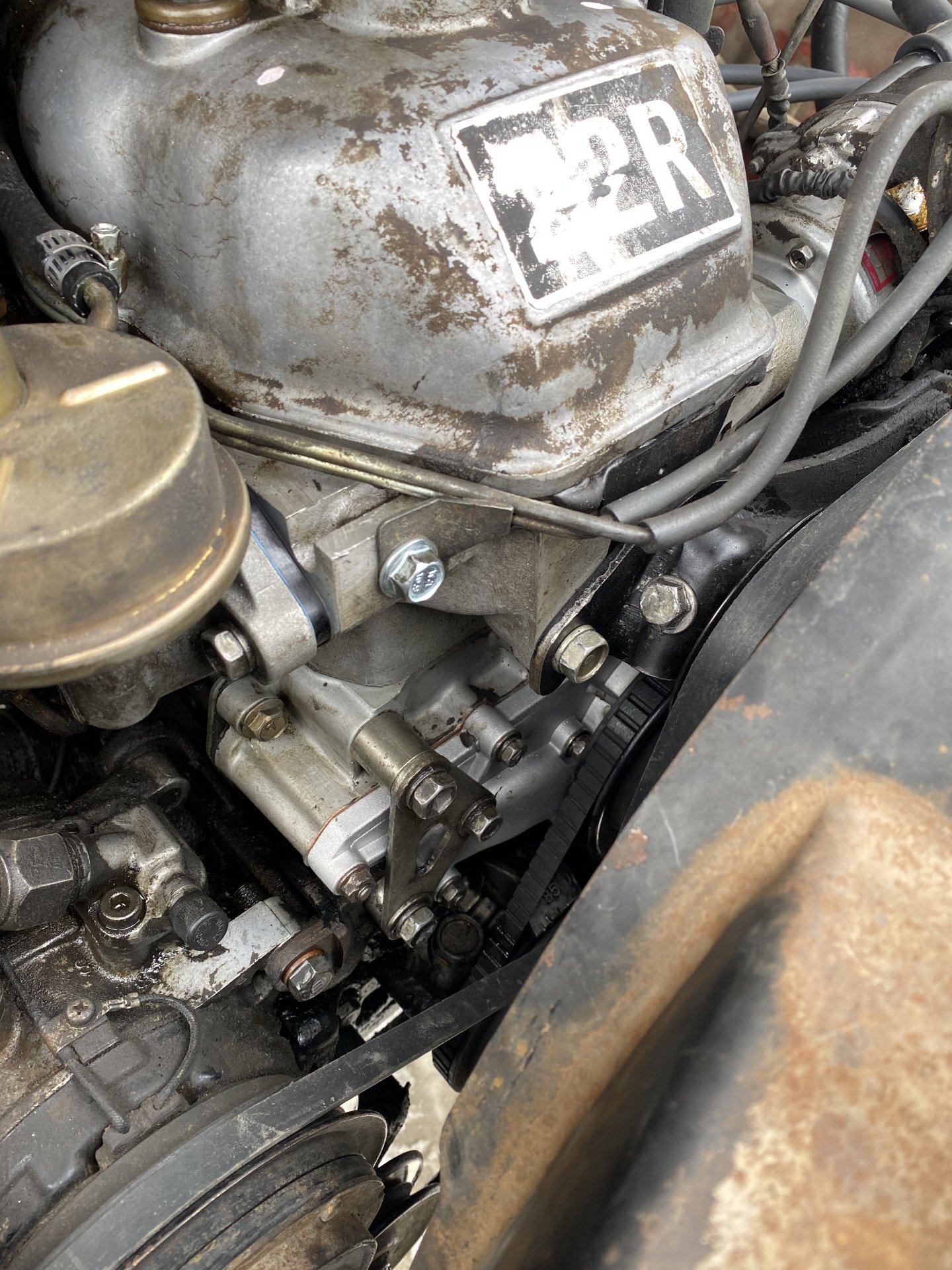 clx16 said:
Only twice? Spoiled all of you!
Click to expand...