Giving an old Toyota a new life is wildly rewarding. I know, I know. Most of you already knew this, but as much fun as fixing up our Cruiser has been, saving this Pickup has been oddly more satisfying. It couldn't replace our Cruiser, by any stretch, but it's scratching an itch I didn't even know I had. Time for some back story!

My folks live up in Idaho, and at the bottom of their hill sat a little Pickup, that has been rotting away since the husband passed away back in 2012. Before that, it's life was mostly spent being a farm truck, and I can remember seeing George drive it up and down our hill, most of my childhood, on his way to do chores. I've always said how cool it would be to get it and fix it up, but it's always stopped there at wishful thinking. Halfway through reading a build thread by the venerable @wngrog, I was like F it. I'm going to get that little truck, and save it. I called my dad, and put him on the hunt to talk to the wife, and express our interest in it. He finally ran into her at the only grocery store in their small town, and asked her if she'd ever consider selling it. She never said no, but invited him to come check it out some time. One week later, this is what he sends me: 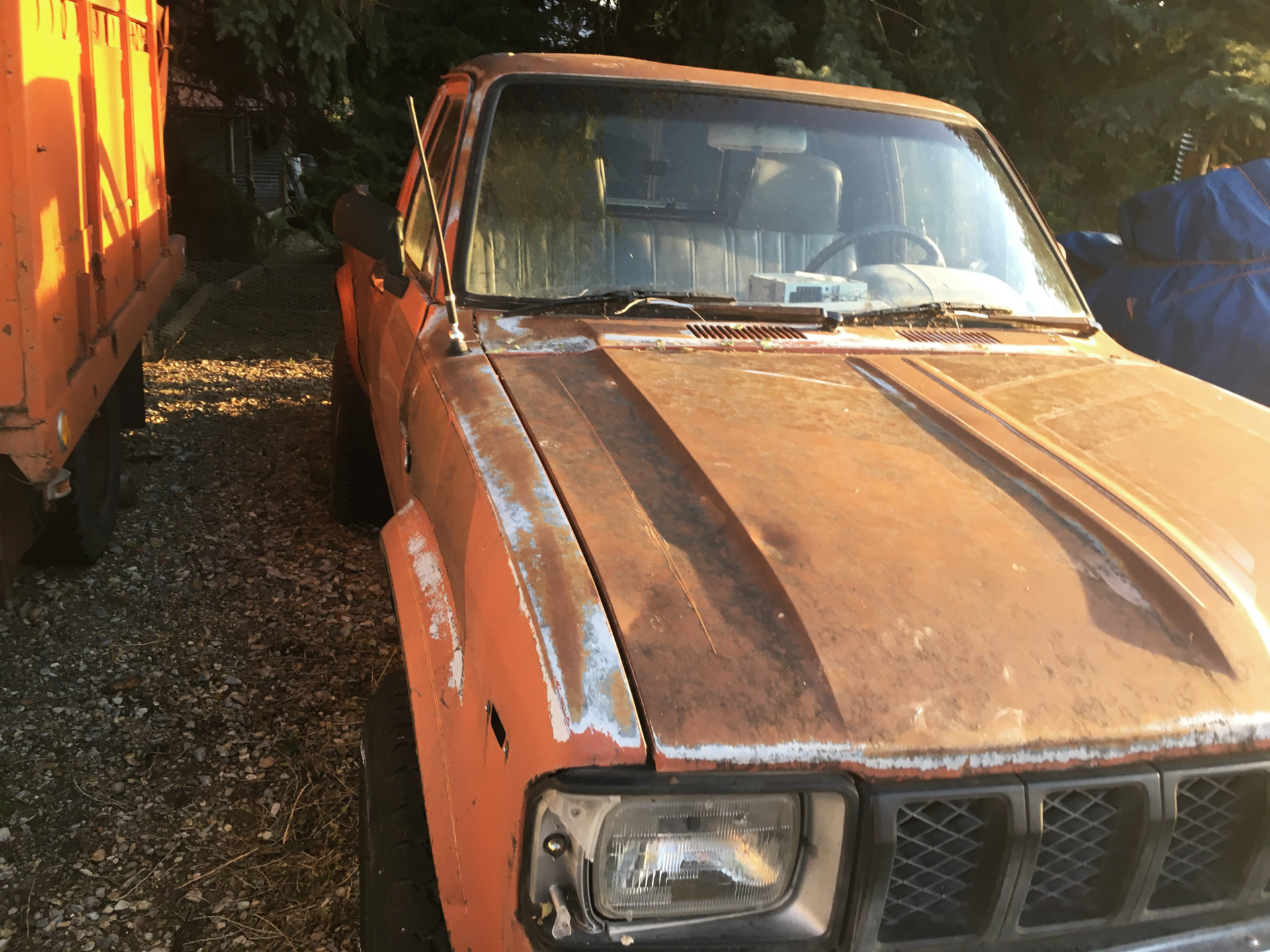 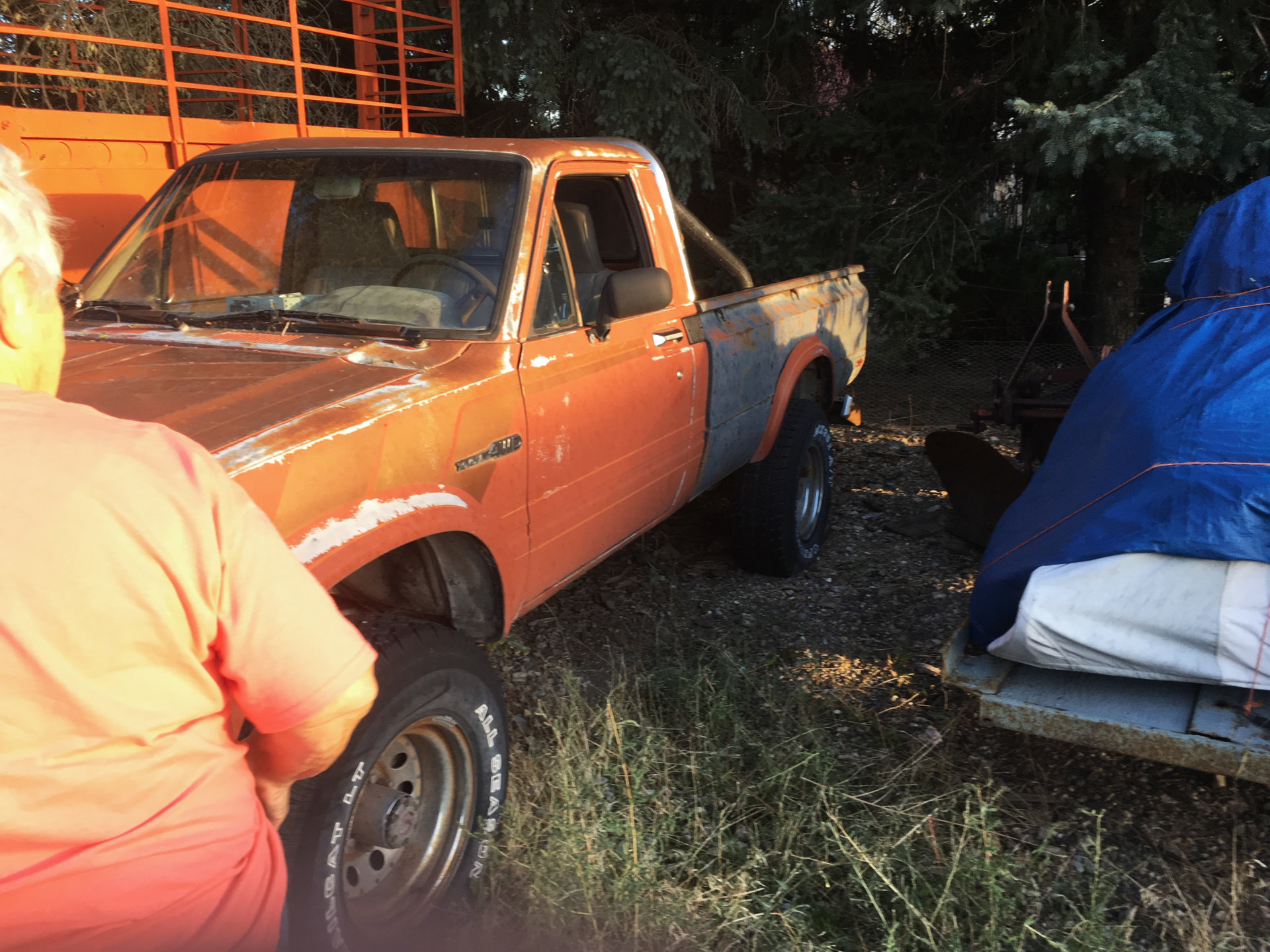 I quickly responded, "Dad, I need that truck."

Fast forward a couple of weeks, and we were dragging it up the hill behind my dad's Tundra. Thank goodness for the rodent repellents, as the inside wasn't disgusting. Gross, but not disgusting. Once to my parent's house, we changed the oil, which was a nice dark shade of green, pulled the plugs, dropped some oil into each cylinder, and pulled the gas line between the fuel pump and the carb. We ran a tube from the pump to an empty jug, and fingers crossed, attempted to turn it over, still with the plugs out. 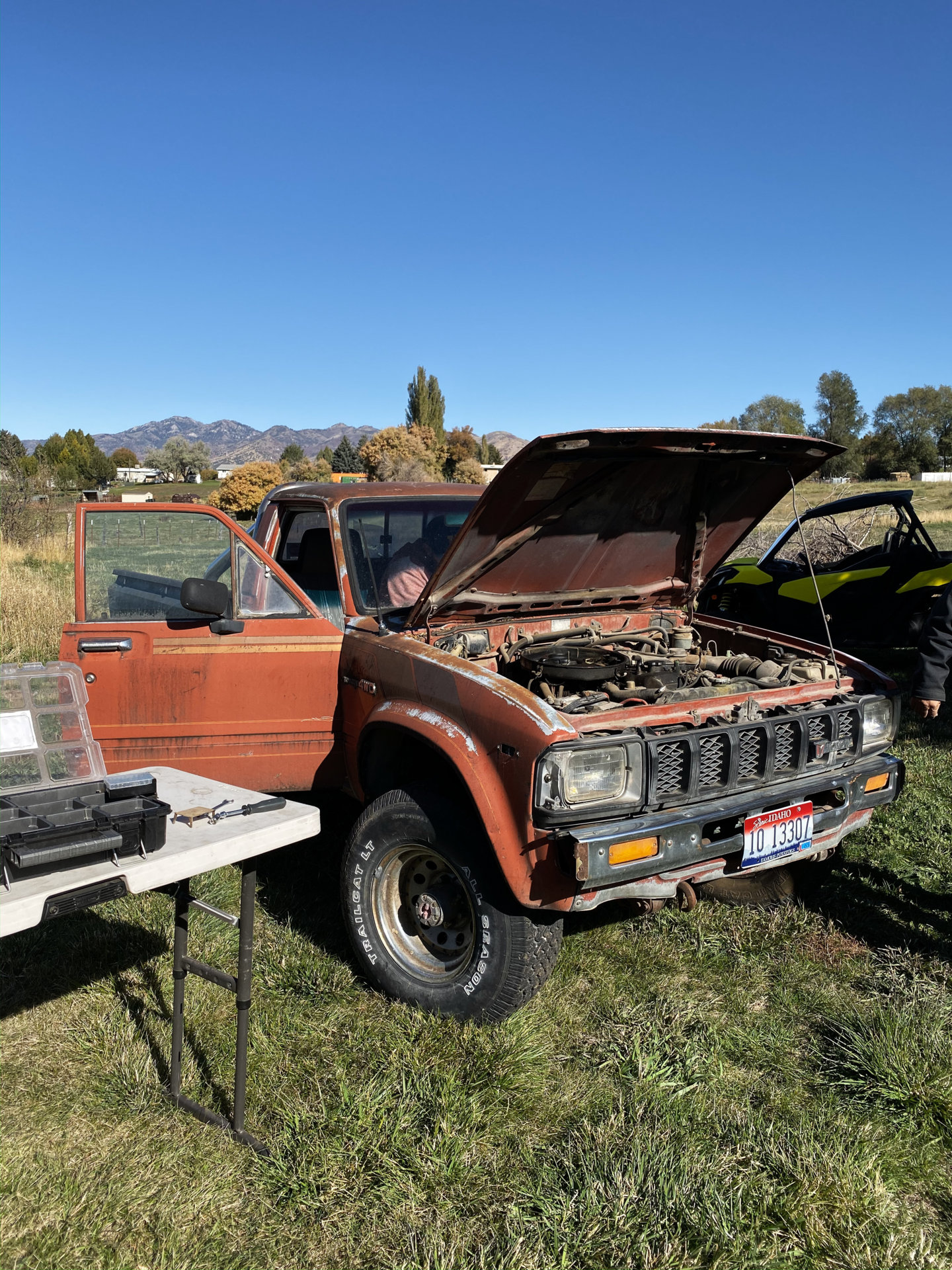 Starter spun just fine, and after a few cranks, gas started coming out of the pump. It was clear, but just smelt like bad gas. We put the plugs back in, and dropped some fresh gas in the carb to see if it would fire. Fingers crossed again, I hit the starter. Almost immediately, it fired right up and ran! At least, until the gas we dropped in the carb ran out. Huge, dumb grins on our face, we dropped more in. Fired up again, not missing a beat. This whole time, the pump was pushing the bad gas out, into our little jug. Still clear, just stinky. But not rancid, I should mention. I've definitely smelt worse. At this point, my dad was like, let's fill the tank, with fresh gas, and run it! There was hardly any in there anyways, so we added about 6 gallons of ethanol free into the tank, and gave it a whirl. I climbed back in, and after a couple of cranks it fired up and ran. No miss, smooth as can be. It idles high, at about 1200, but we weren't about to start fidgeting with a carb that was happy enough to run. We topped off the coolant, let it idle until it got to operating temp, and piled in to drive around the block. I don't know what hurt more, my back from the tired suspension, or my face from the dumb grin that was still on it.
Brayden Hill | W7HLC | TLCA #25691
1990 FJ62
1983 Pickup/Hilux
2021 Tacoma

Once we got it back to the house, it was time to dig into this pile we just invested a thousand bucks into. 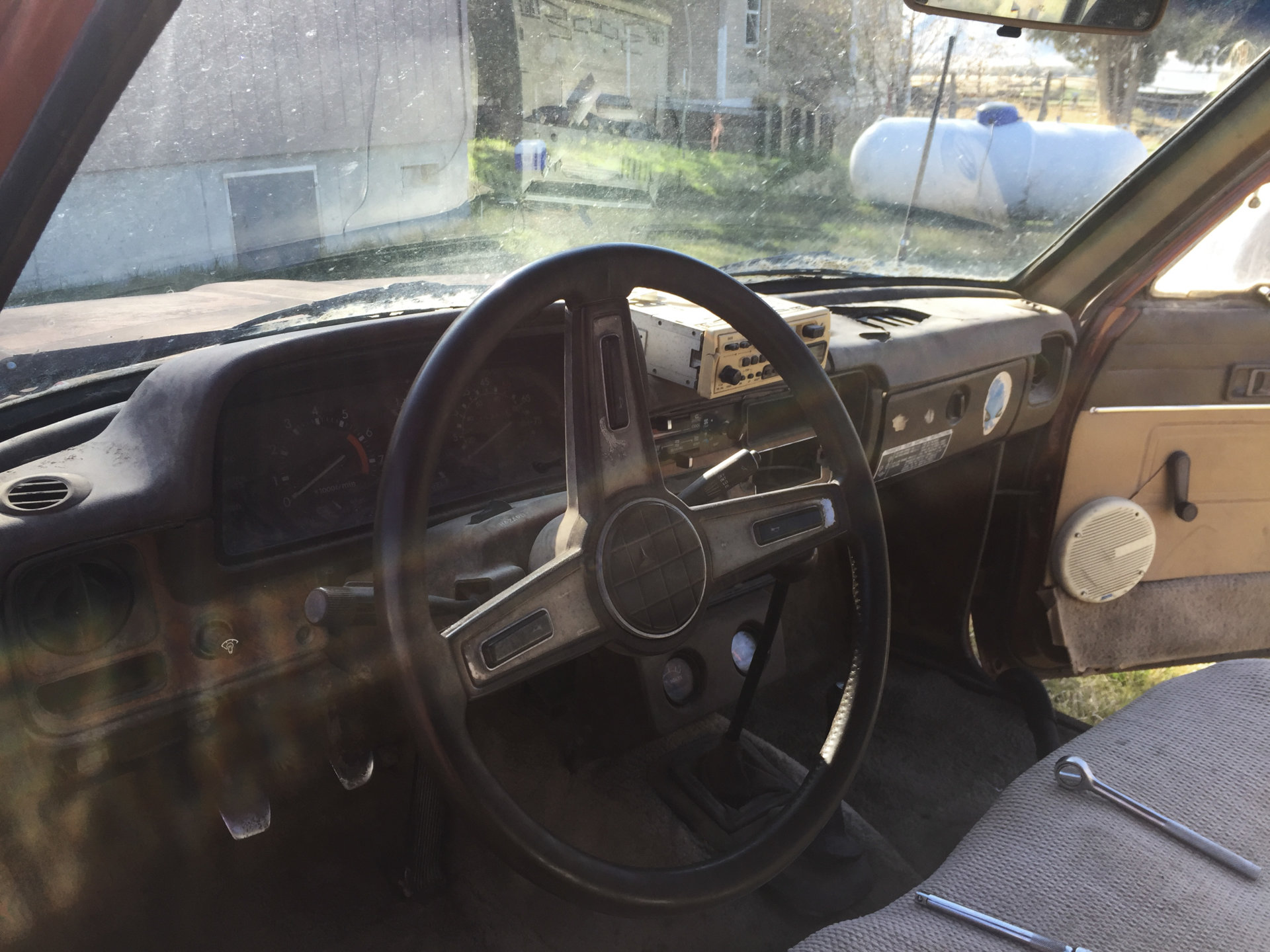 I quickly ripped the tape player off of the dash haha. It didn't even work, but I was just happy they didn't cut the dash apart trying to install it into the original radio's slot. 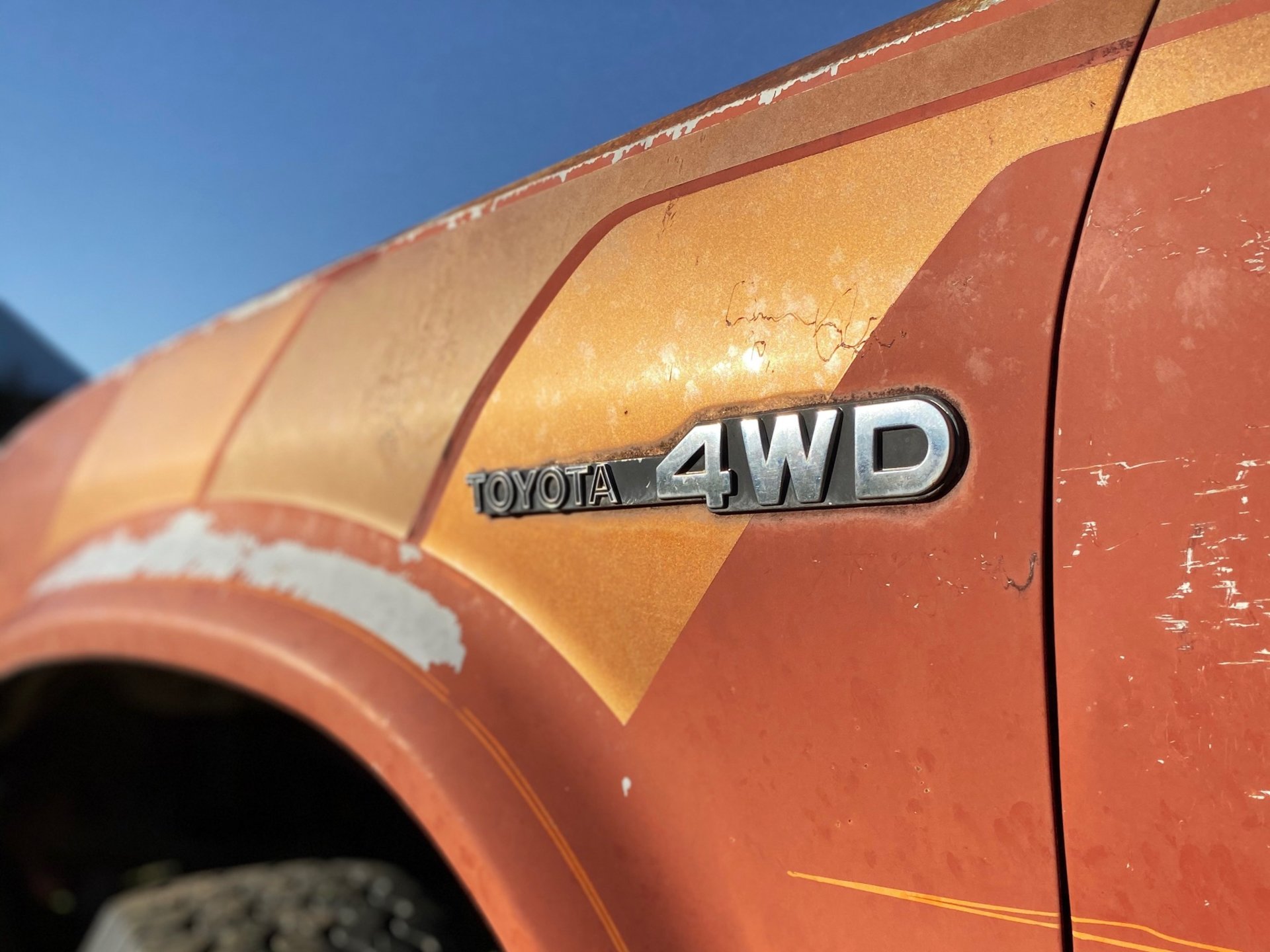 I was beyond stoked to find out it's an SR5. Factory tach, power steering, a/c (that definitely doesn't work), and the gauges for the oil pressure and voltmeter. All of which work! Minus the a/c, like I mentioned. 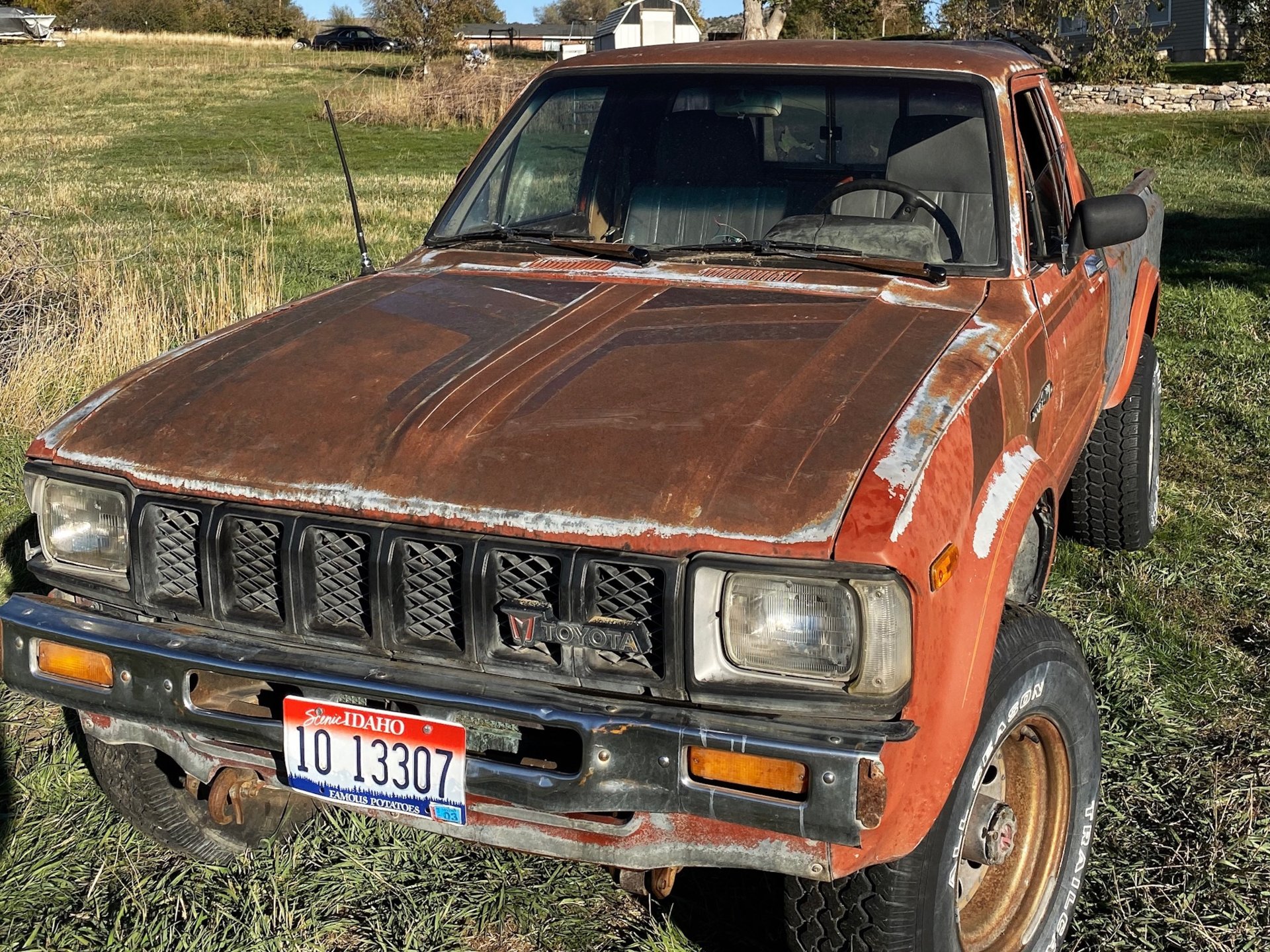 I'm going to dive into the patina preservation, and this site is filled with solid advice for doing so. Preserving Patina - How To Tips and Tricks 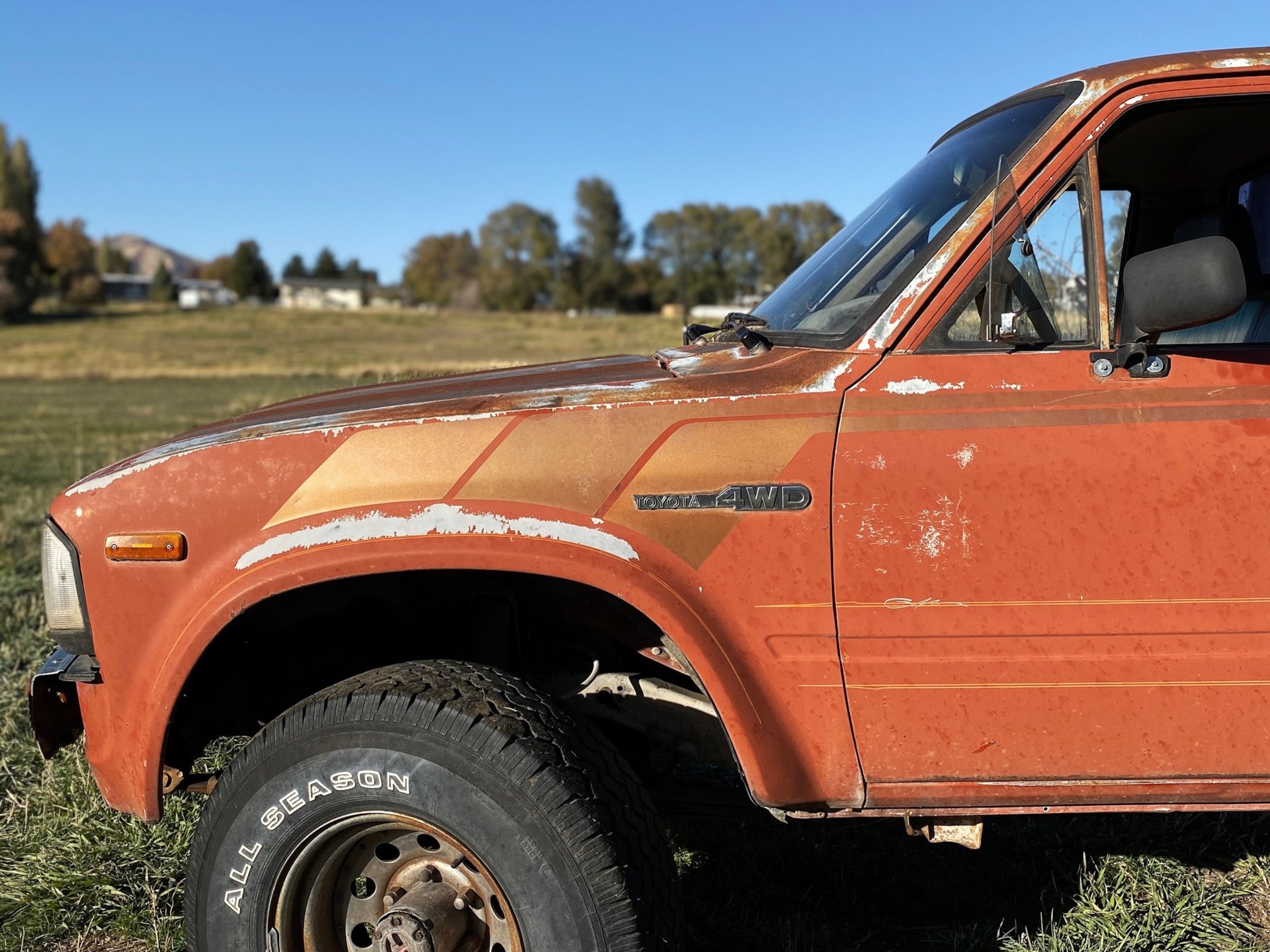 And how about that b****in roll bar! Definitely needs some KC HiLites up there. 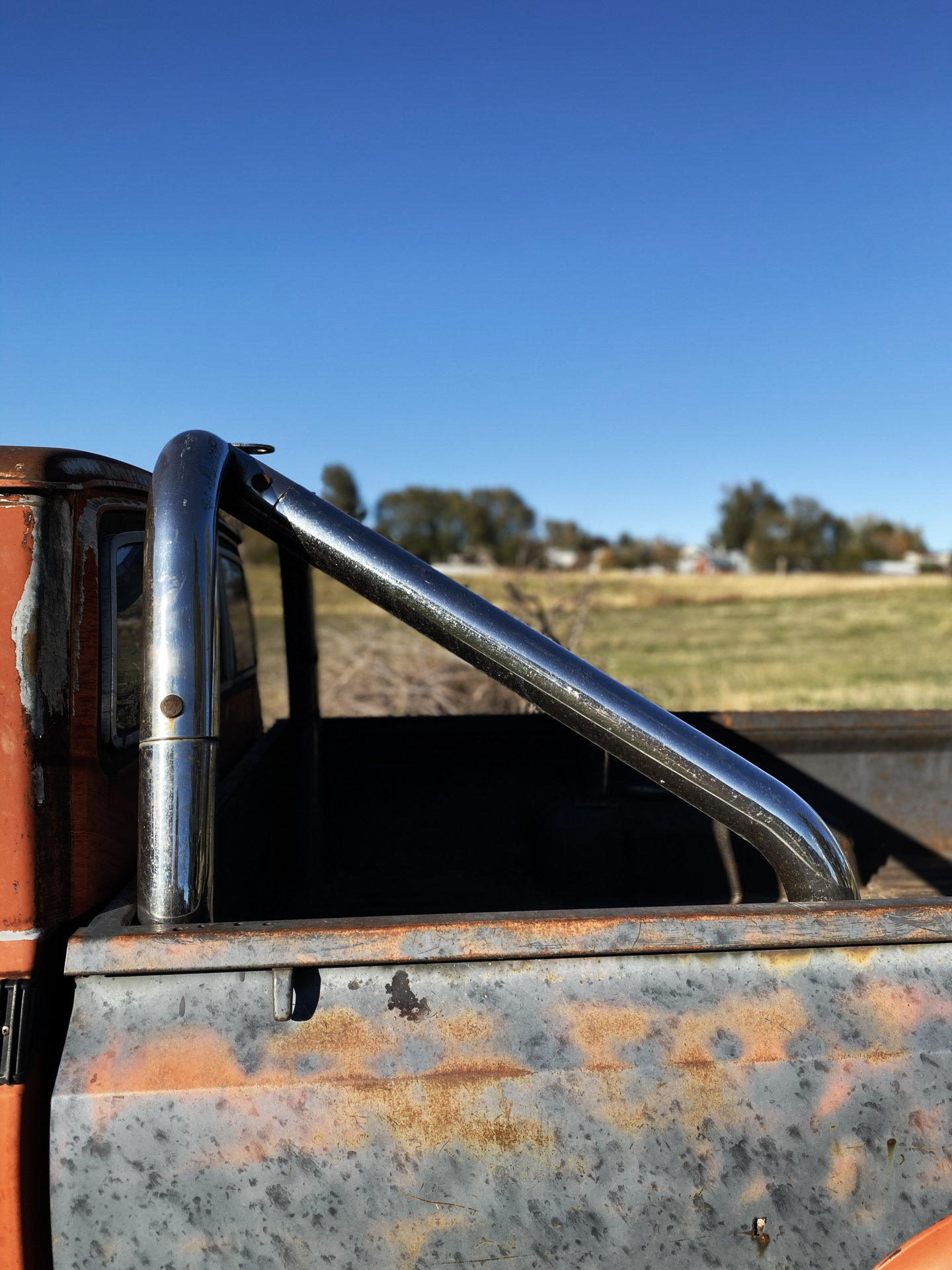 The tires had tons of meat left on them, but they were like 15 years old haha. Working at a Toyota dealership, I wanted to switch to a 16" rim so I could put some Tacoma take-off tires on there. I found some decent steelies on the local classifieds, and mounted up the Goodyear Wrangler Kevlars I found. It drove so much better haha. 40 miles per no longer felt like 90.

I don't really have a super good picture of them. 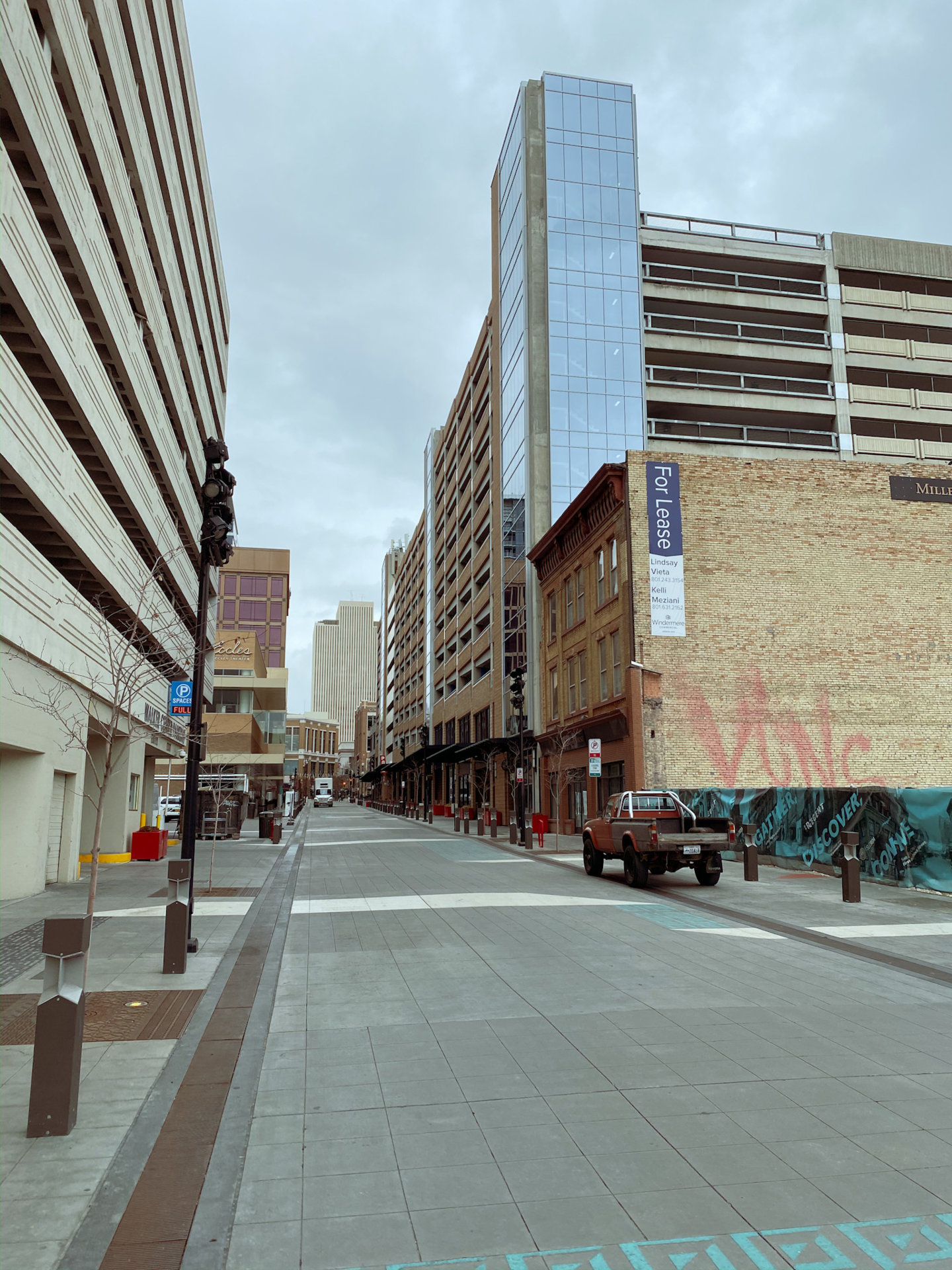 I freaking love driving this thing around SLC. It looks sooo out of place haha. 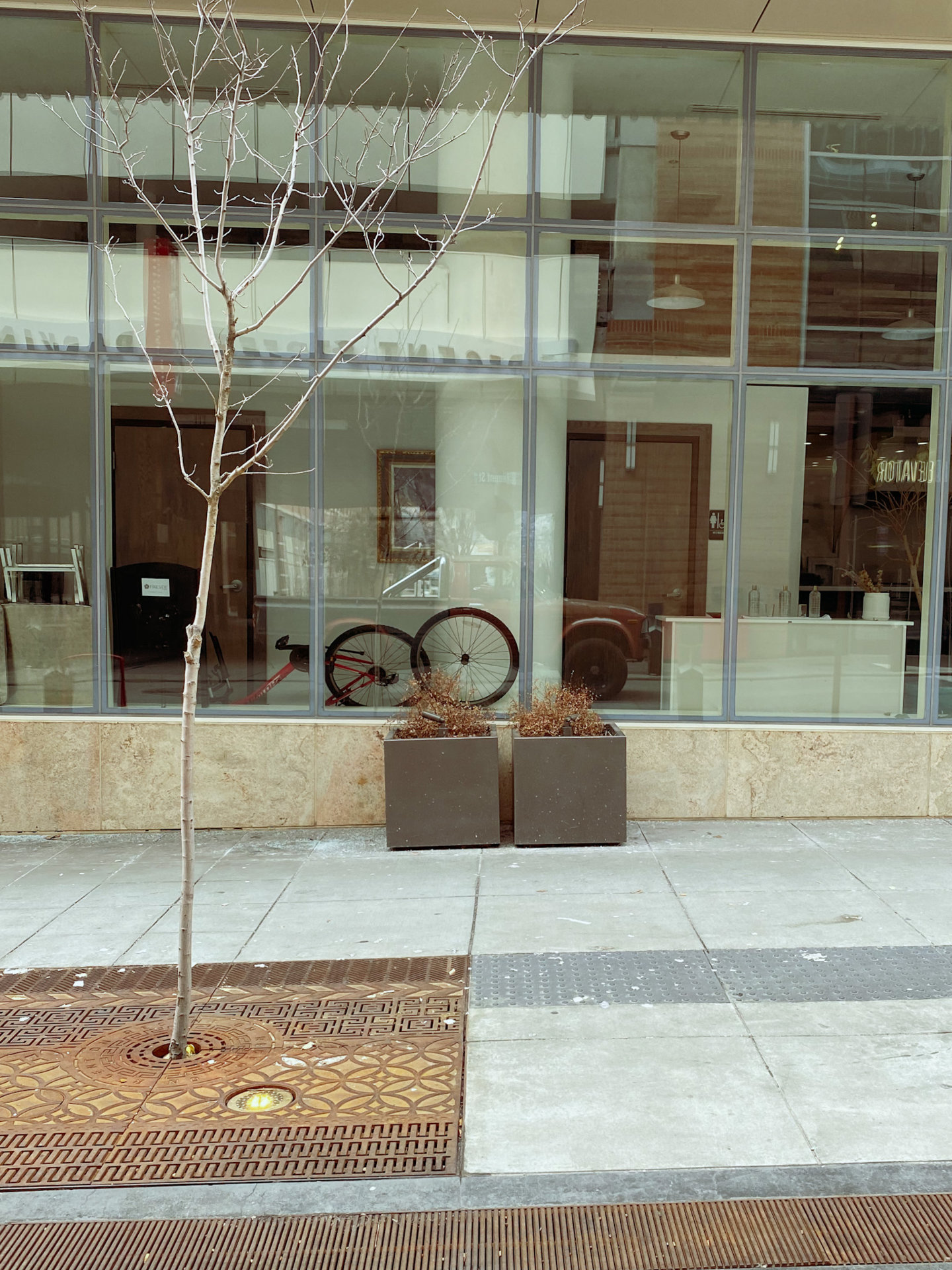 I finally scraped the old tint off, so I could see out better. 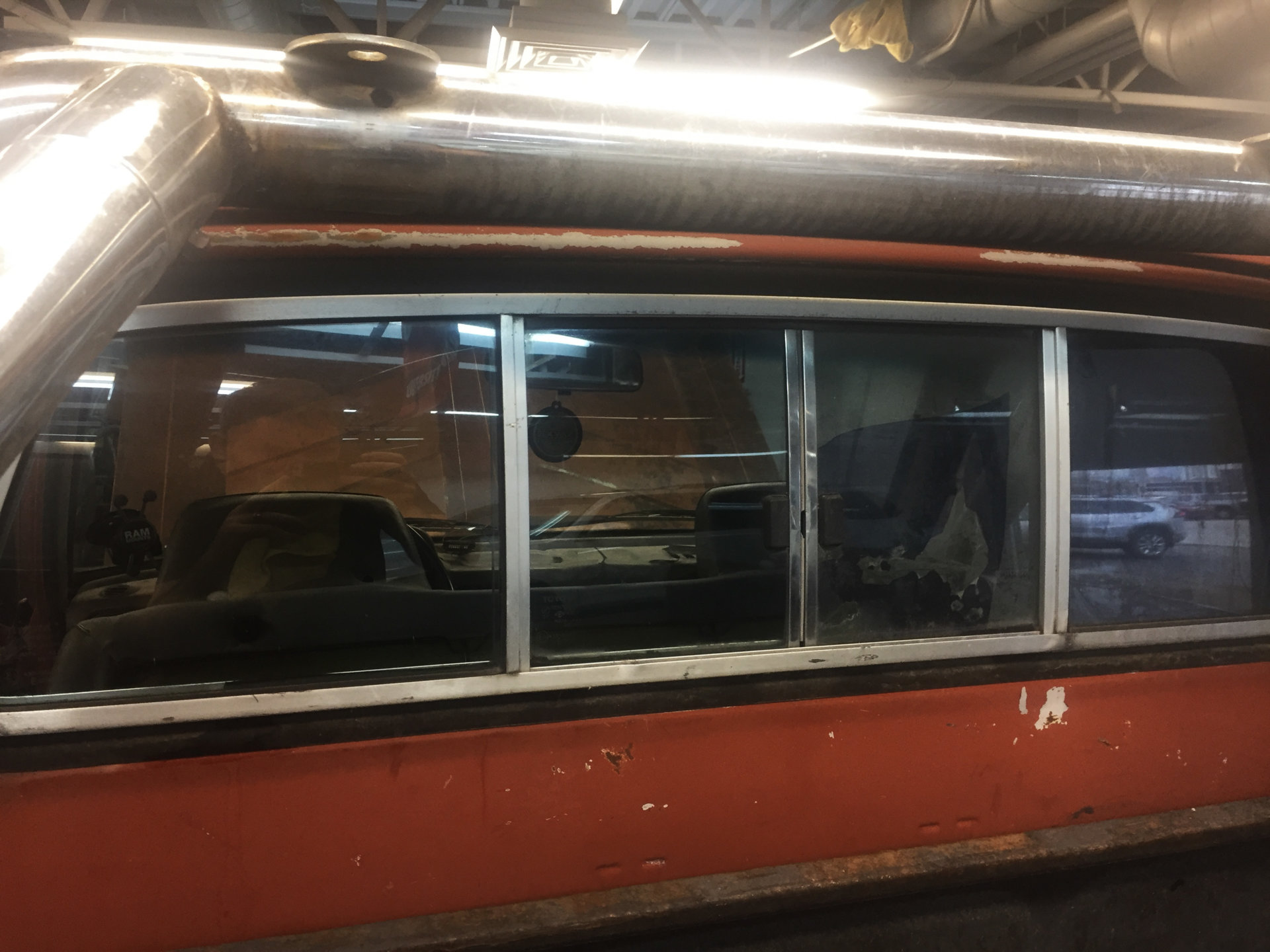 The original mirrors were trashed, so I ordered some new ones from Toyota. They look so much like the 60 mirrors! And they're so hard to see out of haha. I'm spoiled with the mirrors on my 62. 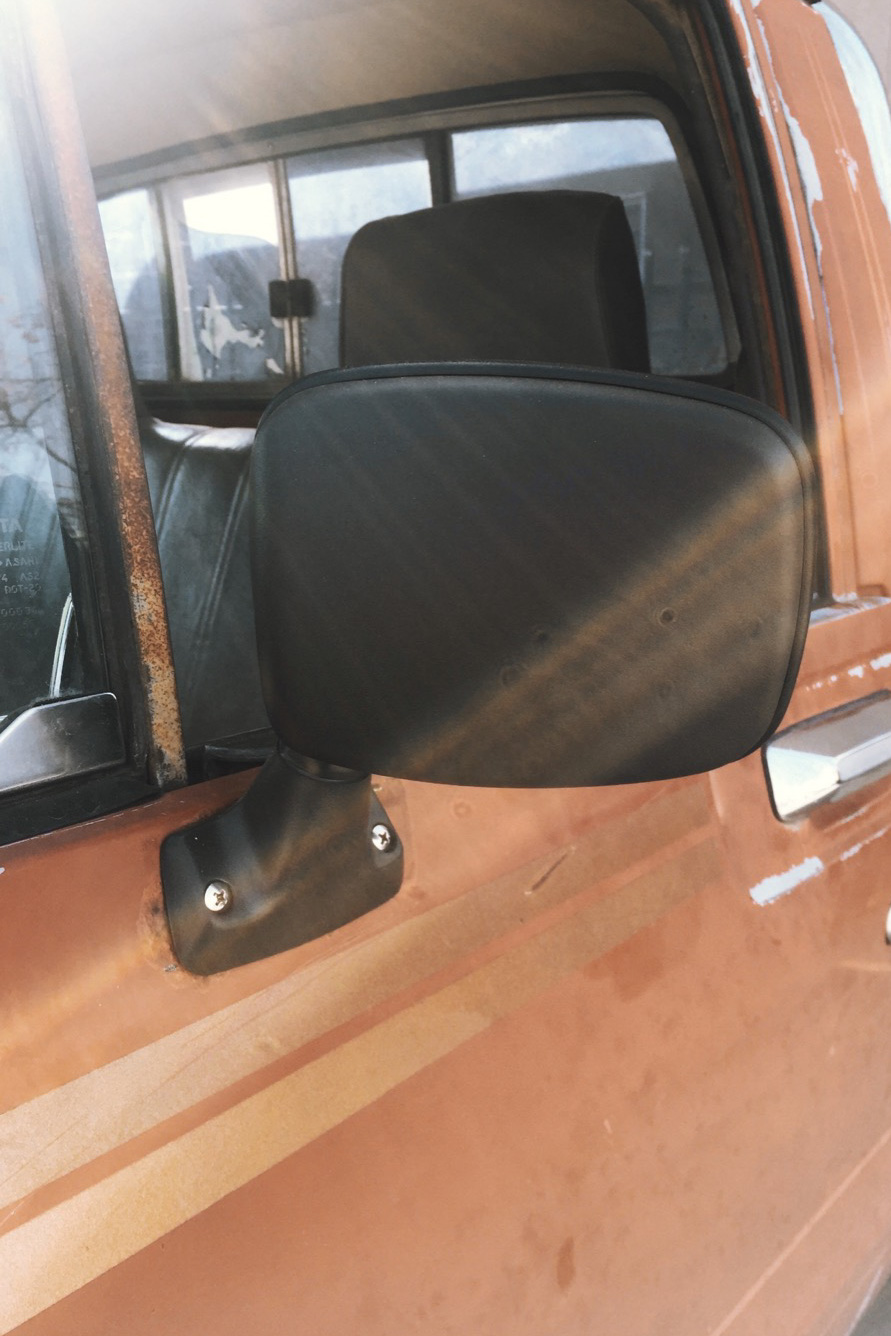 While I was at it, I replaced the headlights, and both of the front marker lights. Also sourced from Toyota. 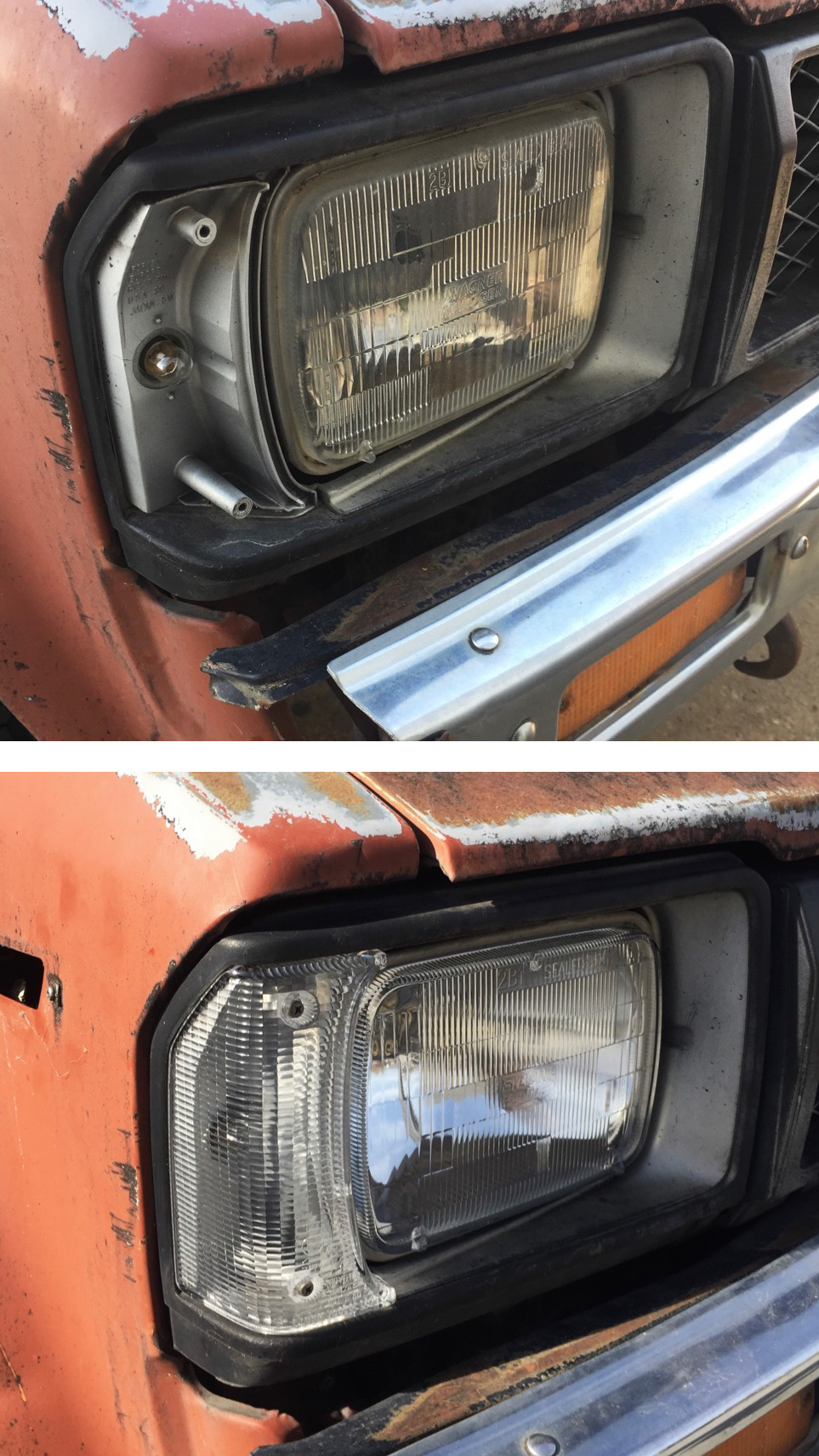 yotadude520 said:
Nice find man! That truck is definitely worth saving. Look forward to seeing what you do with it!
Click to expand...

John in Utah said:
Any tips for getting the old tint off?
Click to expand...

Just got mine running last night after saving it from sitting under a tree for about ten years... I feel your happiness! 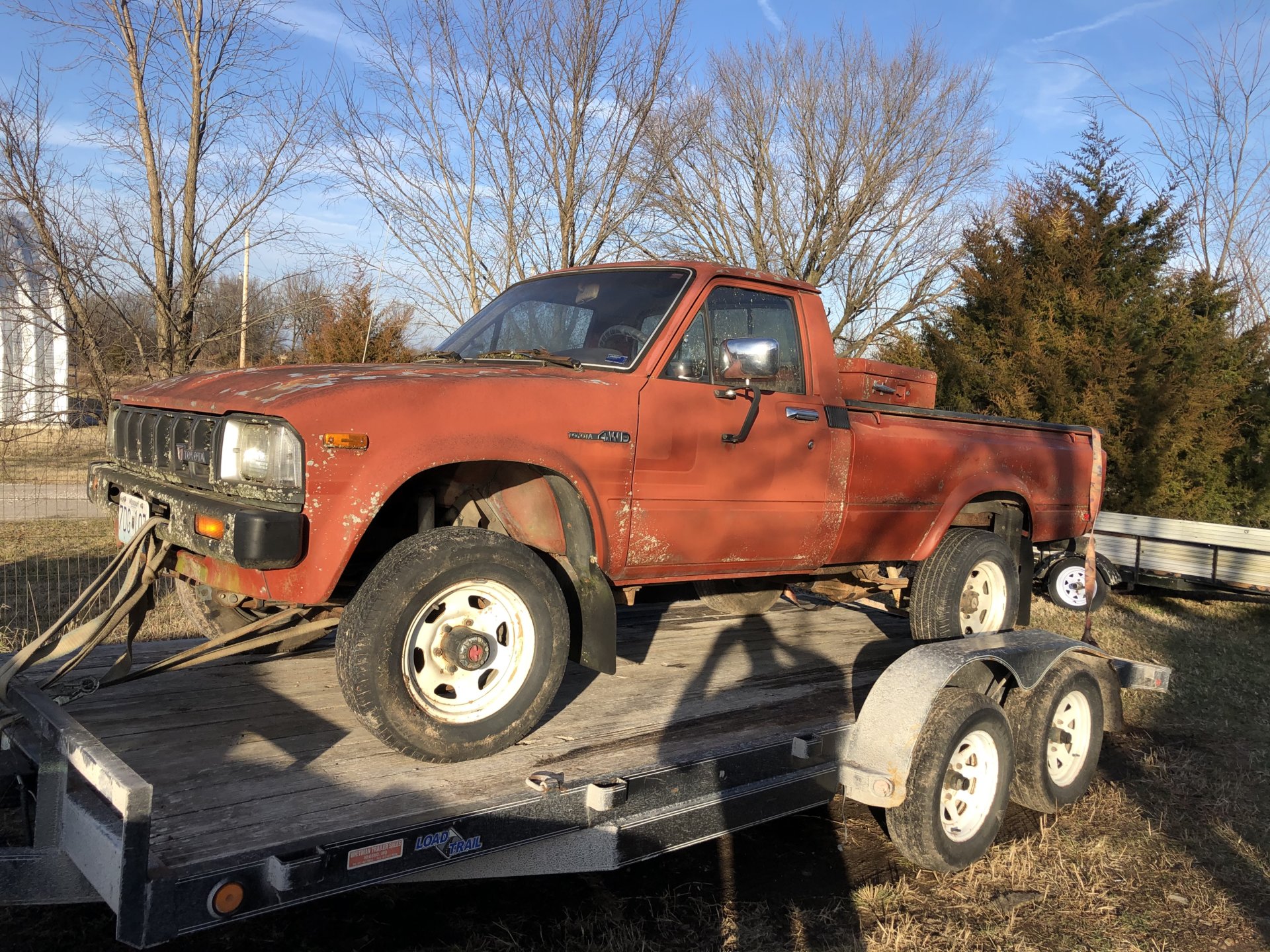 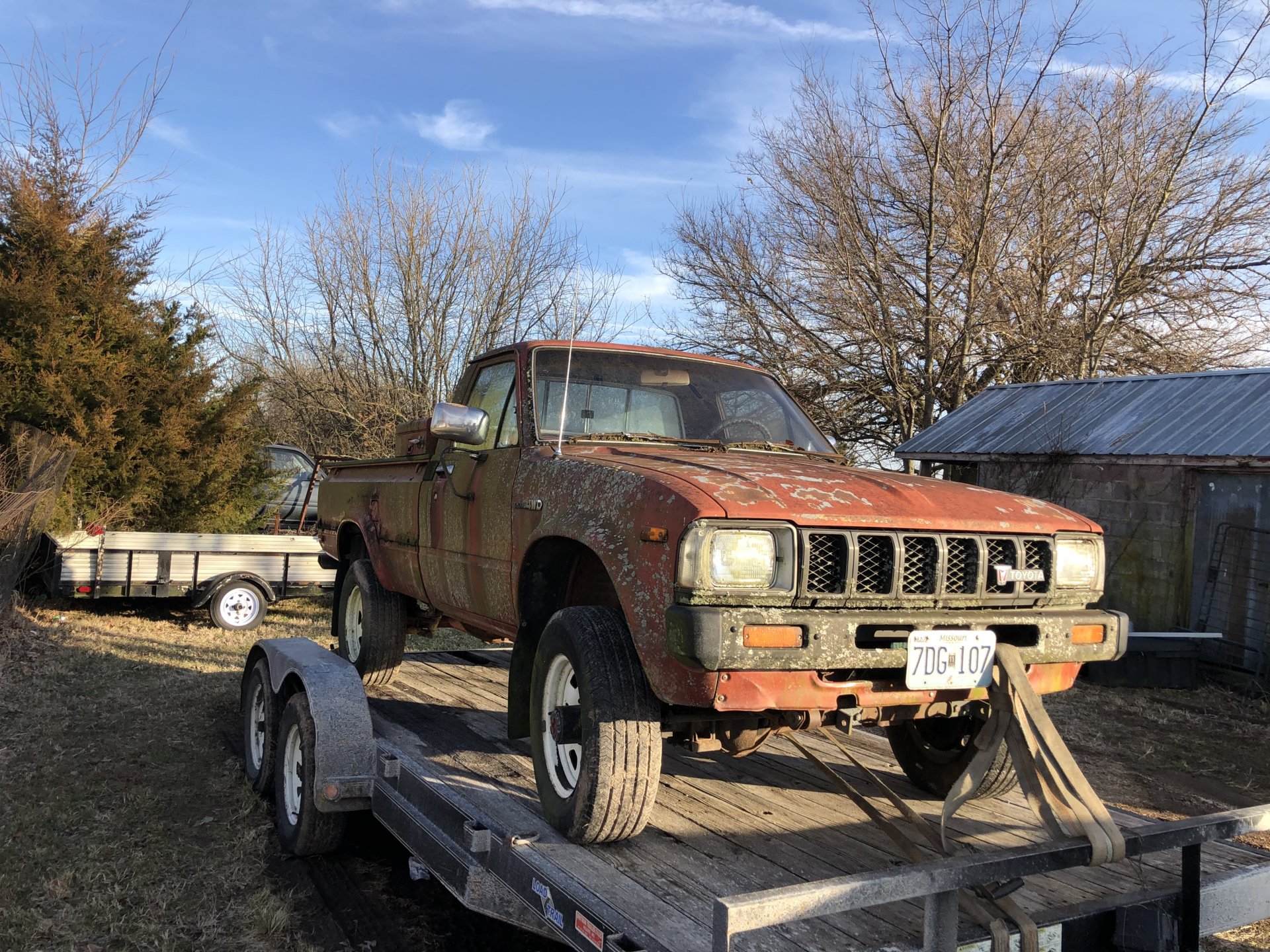 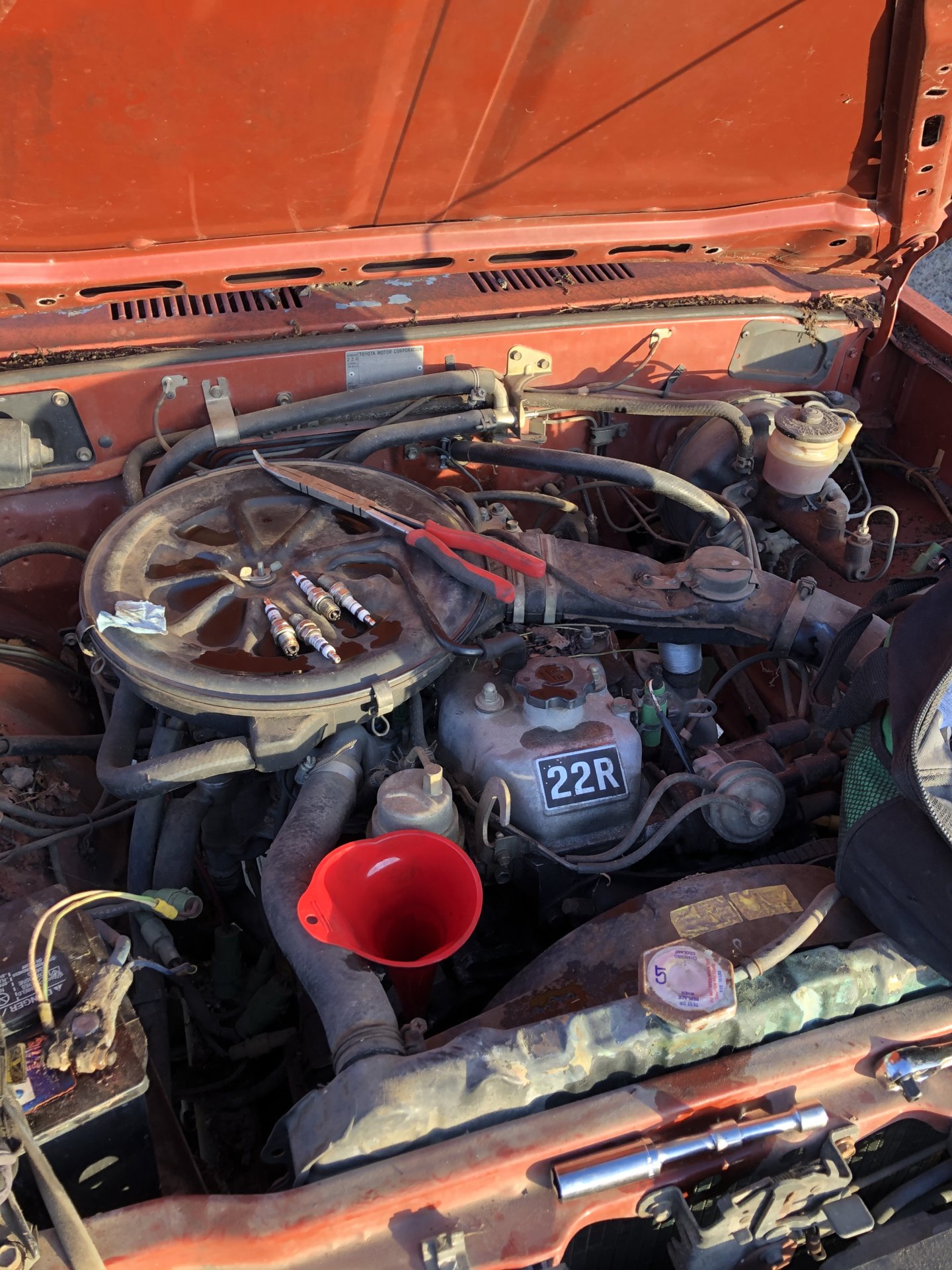 Me thinks not an SR5, but a Deluxe model. Not a whole lot of differences.
Some people are too busy knowing it all to ever learn anything.

ferg said:
Me thinks not an SR5, but a Deluxe model. Not a whole lot of differences.
Click to expand...

What makes you think that? I know stripes don't always mean SR5, but I thought the steering wheel, tach, oil pressure and voltmeter, A/C and power steering for sure meant SR5? Is it the bench instead of buckets? The PO showed me an original picture of it, and it said SR5 on the tailgate?
Brayden Hill | W7HLC | TLCA #25691
1990 FJ62
1983 Pickup/Hilux
2021 Tacoma

Well, my '80 Deluxe had all those instruments, steering wheel and a bench seat. Did not have stripes of what looks to be side window defrosters on your dash corners.
Some people are too busy knowing it all to ever learn anything.
You must log in or register to reply here.