Thank you! There's still a ton of work to do, but it's shaping up nicely, and has been dependable so far!

Today I decided to try and keep my roof from getting any rustier, while trying to keep the patina look that so many people have told me is this rig's best quality lol.
What do you guys think?

We have the same roof though mine hasn't gotten too rusty yet...just all the brown paint cooked off an some of the primer. I've just had it parked out of the elements. But considering just getting some epoxy cans in the correct color and trying that..along with redoing the seam seals
My intuition nearly makes up for my lack of good judgement.

Today I finished up my 50 footer roof job, and once I was satisfied the paint was dry, I went for a cruise to the swimming hole. This thing just gets sweeter every day....

The last few days I've worked on cleaning and rust repair/treatment in the few little crusty spots I had. Yesterday and today I installed my sound deadening mat and ordered my carpet kit.
I'd like to figure out how to get my steering wheel off soon to remove and clean my headlight switch and possibly get the horn working again.
I may try to work on that if I get some downtime at work Wednesday night. Tomorrow I have to go out of town to help my mom with a car purchase.
I think I could depend on the Cruiser to make the trip, but I think I'll probably go on my motorcycle just to take advantage of the nice weather we're having in Tennessee right now, before the edges of Hurricane Ian soak everything down real good.

Which sound mat did you go with?

Also, IIRC, you need to pull off the center horn button (the whole thing) then you can unscrew the nut.
If the wheel is tight, unscrew the nut most of the way, yard on it until it loosens, then take it off.
1984 BJ60

Do yourself a favor and spray a glut of cavity coat or fluid film from the rear quarters in the inside down into the dog legs below the rear doors. Enough that you see it coming out of the rocker panel drains.

Better than that, my favorite, atf cut with kerosene 50/50, or used motor oil. Seriously.

Which sound mat did you go with?

Also, IIRC, you need to pull off the center horn button (the whole thing) then you can unscrew the nut.
If the wheel is tight, unscrew the nut most of the way, yard on it until it loosens, then take it off.
Click to expand...

The mat I got is from Noico, called Mat 66. Got a whole bunch of it cheap on Amazon.
It definitely tames the noise down a lot! I was amazed with how smooth and quiet the 2F was, but the Cummins is pretty loud, with an open 3" exhaust on top of all the other turbo diesel noises, and 33" mud tires. I needed to do a little extra to keep it bearable for long trips, especially if my wife wanted to ride along.
I have driven this thing every single day lately, commuting 120 miles a day to work and back, without a single issue, and getting fantastic fuel mileage. I never expected this thing to replace my daily driver, but I have hardly driven my Subaru for the last few weeks lol. The Cummins is just that good!

Today's project was to fix the sqeaky serpentine belt and figure out why my headlights only work on high beam. The belt sounded like a pulley bearing squeak, so I pulled the belts off and tried checking everything to see which one it was, to no avail, but did notice the belt was pretty worn down, with the grooves worn to a point and the smooth side was fully shiny. So for S&G I put the belt back on, heard the squeak, squirted a little WD40 on the belt, and boom, the squeak was gone, until the wd40 wore off.
So I went to the parts store to figure out what belt would fit, got a new one, and problem solved. Sweet.

As for the headlights, I had to dig a little deeper, and remove the steering wheel and column clamshell to access the multifunction switch, which I removed to inspect and clean to try and get better connections in the 40 year old contacts. In doing this, I found a wire that had a broken solder joint at the end where it attached to the copper plate dealy in the switch, so I plugged the switch back in, then turned the lights on, and found that when I touched the wire to the copper piece, the lights worked. Hot damn. So I soldered that back on, reassembled my steering column, and cleaned the contacts for the horn buttons as well. The horn still doesn't work.
Turns out the little pin contact for the steering wheel slip ring must be worn to the point of no return. I guess I'll figure out the best way to fix that and pull the wheel back off another day.
At least for now I can drive home with my low beams on instead of pissing off everybody I meet on the way on these dark country roads, lol.
I'm still trying to improve something on this beast every couple of days, but the project fund is drying up. So for the next little while I'll be trying to focus on things I can improve for free, as well as installing parts that are already paid for.
I'll probably rig up a cheap stereo in the next couple of weeks, after I figure out the best way to mount speakers in the back.
I'd love to find a way to build an enclosure to house some 6x9's and maybe a 10" or 12" subwoofer in the rear quarters, but I'm not that clever with that kind of stuff. Maybe one of my friends will help me figure that out...
Last edited: Sep 30, 2022

Thechief86 said:
Turns out the little pin contact for the steering wheel slip ring must be worn to the point of no return. I guess I'll figure out the best way to fix that and pull the wheel back off another day.
Click to expand...


Horn pin is still available from Toyota, or the cheap redneck, short-term fix is to stick an empty .22 shell casing on the remains of the horn pin.
Jim Godwin

Haven't done anything more to my 60 the past few weeks, having been out of town a lot, working a little, and trying to rebuild the front end on my old Subaru. But I have been daily driving it while the Subaru is under the knife, commuting 70 miles each way for work, pulling the camper or trailer full of dirtbikes to go ride in the mountains, camping, and general just driving the thing everywhere, including some day trips a few hundred miles at a time.
It has been quite reliable, with my only issue being a small power steering leak and a mysterious disappearance of coolant that makes me think I might have a weak head gasket.
I'm wondering if torquing the head bolts would help, but I haven't been worried enough about it to pull injectors to do a compression/leakdown test.
I've lost nearly a gallon in right around 3k miles, though. Oil consumption has been negligible, maybe a half quart or less in 3k miles, with a somewhat heavy foot and towing heavy loads.
I haven't done much offroading yet, trying to hold off until I can get a little more clearance above the front axle, but what little I have done has been promising, and the granny low 1st gear combined with a decent low range of the stock tcase, I can pretty much idle over or through most stuff with ease. Hill climbs are laughably too easy.
Once I get my Subaru back to daily status, I'll resume improvements on this thing, as time and money allow. But it has been great to be able to depend on it as a daily, as well as being able to afford to feed it. Diesel is over $5 a gallon here, but cost of operation is still less than half what I was spending on gasoline for the 2F per mile.

I've been considering adding filtered used motor oil to my fuel tank, maybe 30% with pump diesel to dispose of old stuff as well as offset costs.
I haven't tried it yet, but it seems to be a thing people are doing with the 4bt without too many problems. What do you guys think? 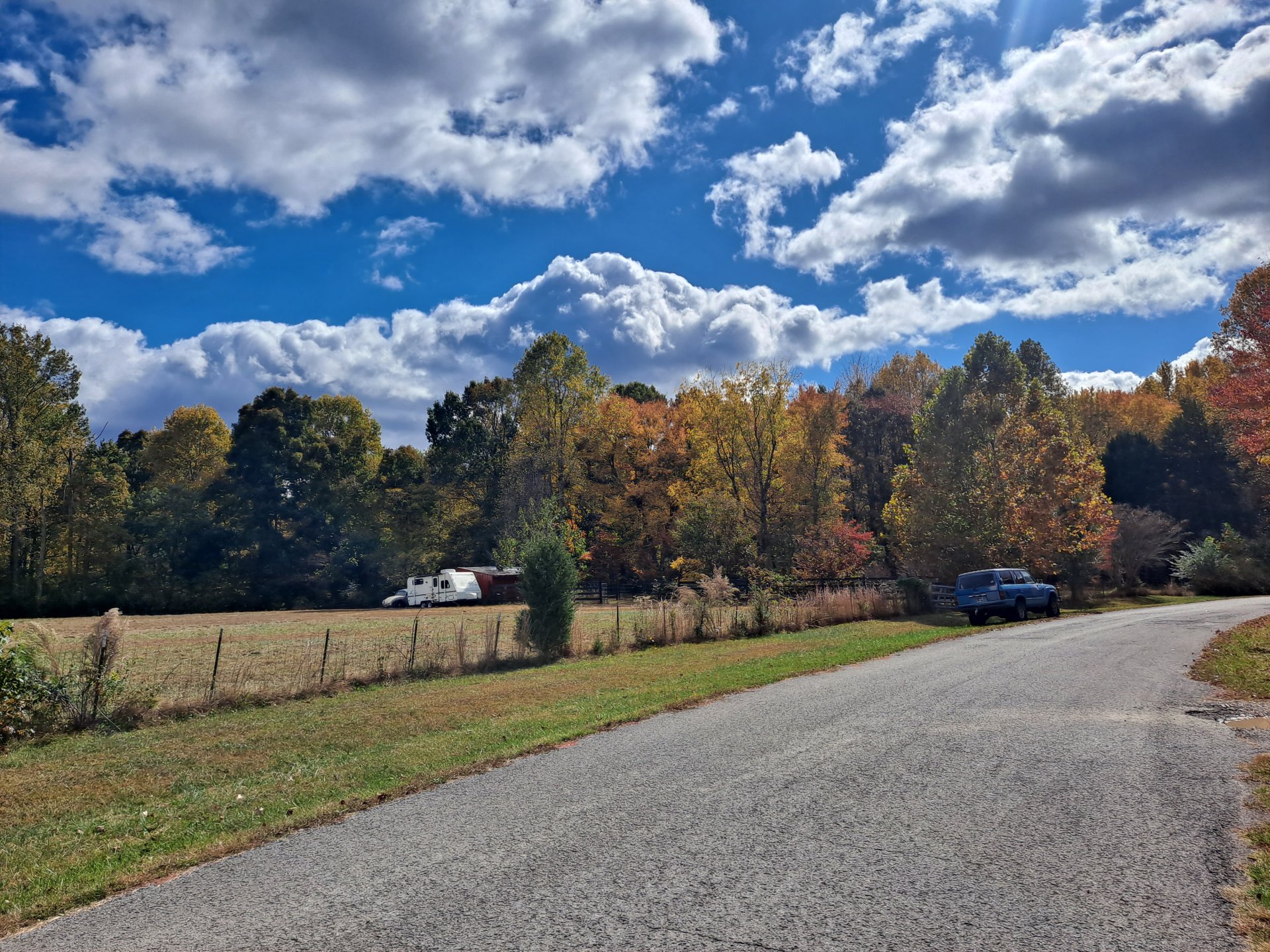 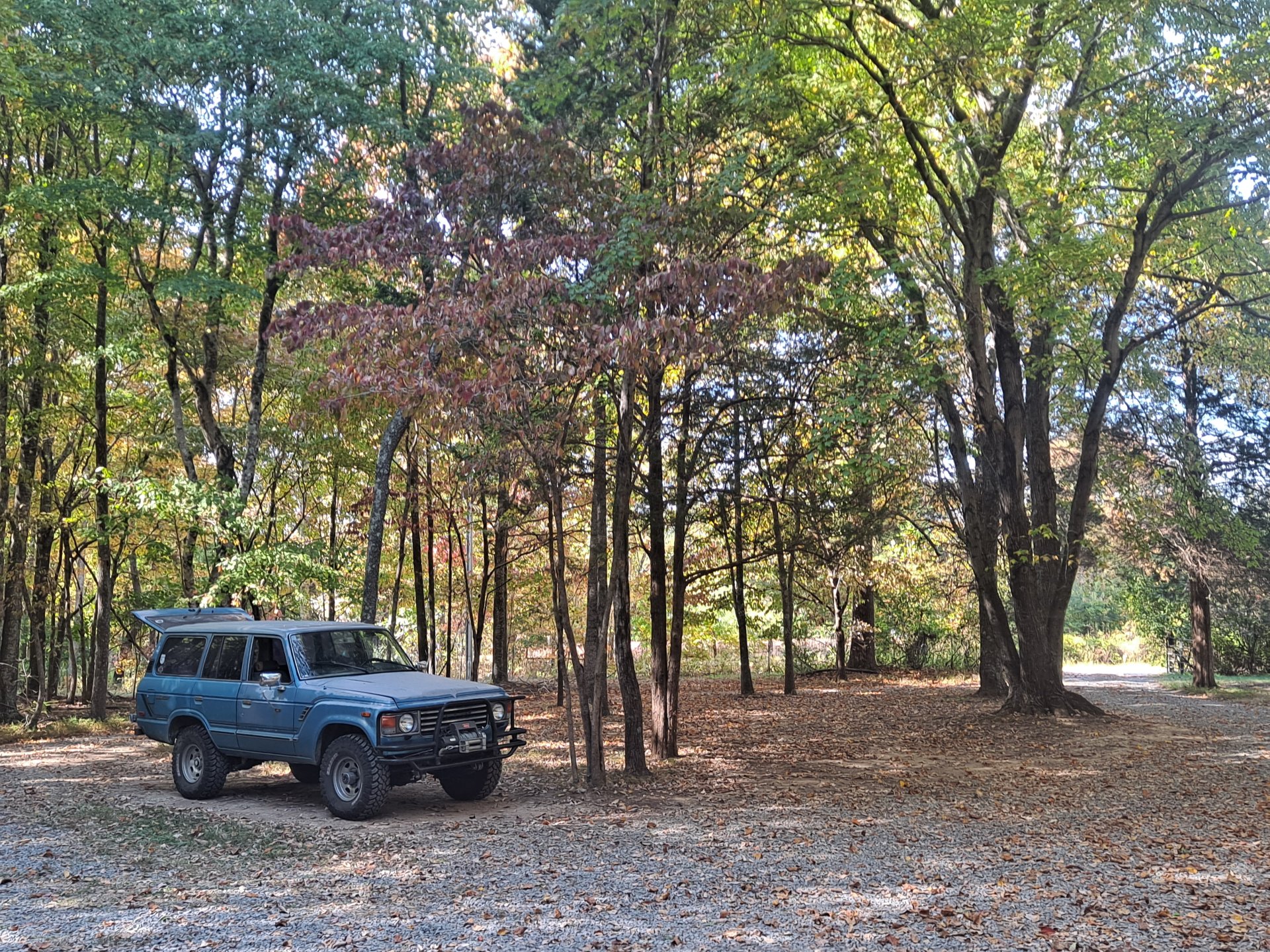 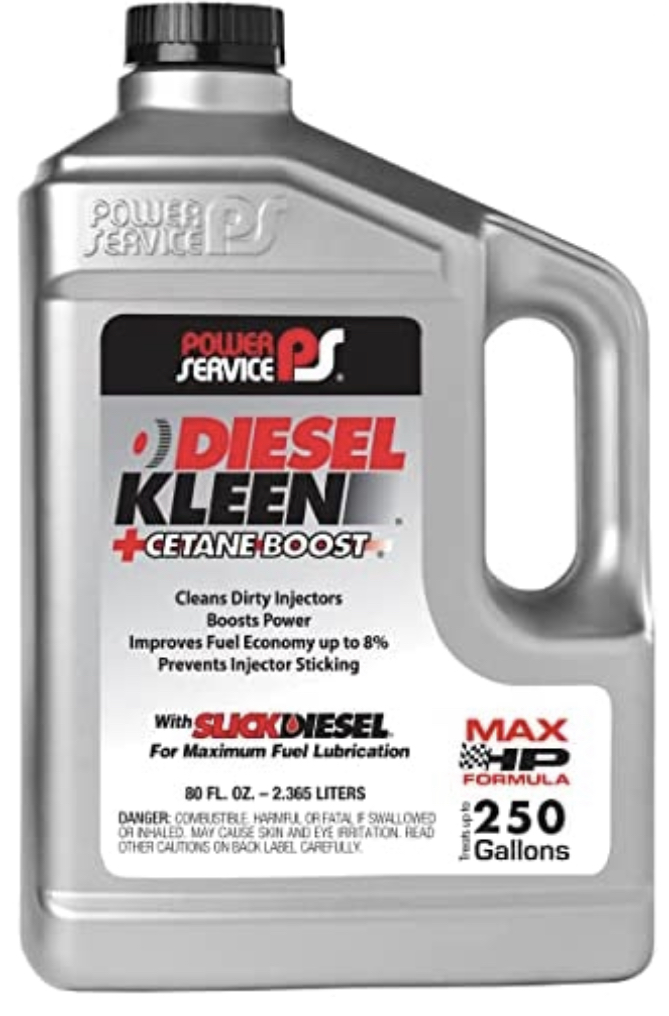 Been enjoying the heck out of my Cruiser, and driving it frequently despite high diesel prices.
It has been completely reliable, and is about due for another oil change. I still have plenty of stuff to do to it, but haven't really made anymore progress lately, just been lazy, I guess.
In the meantime, I made a road trip to Colorado and Utah in my Subaru, and bought a new daily/track toy. November has been a good month! 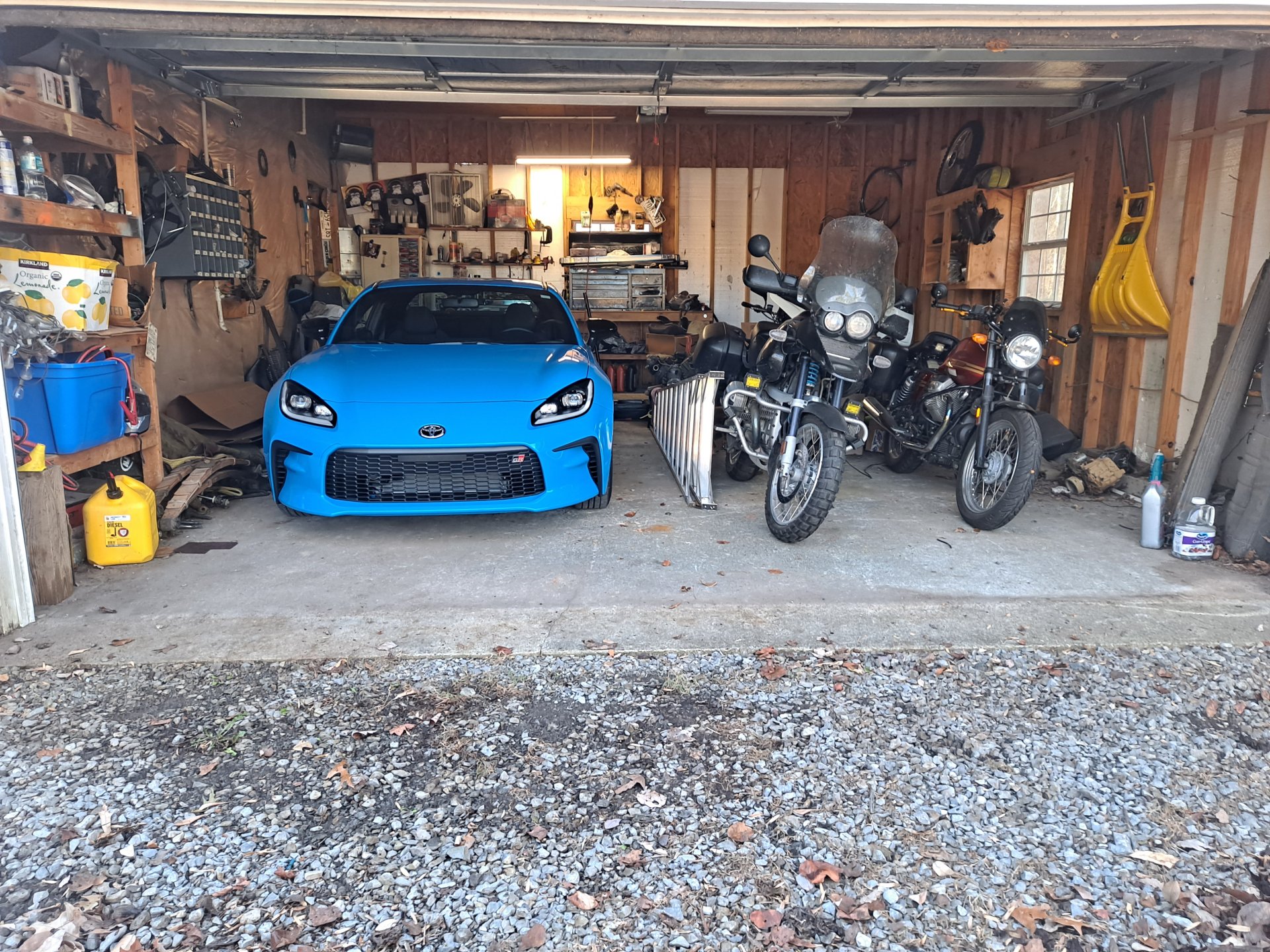 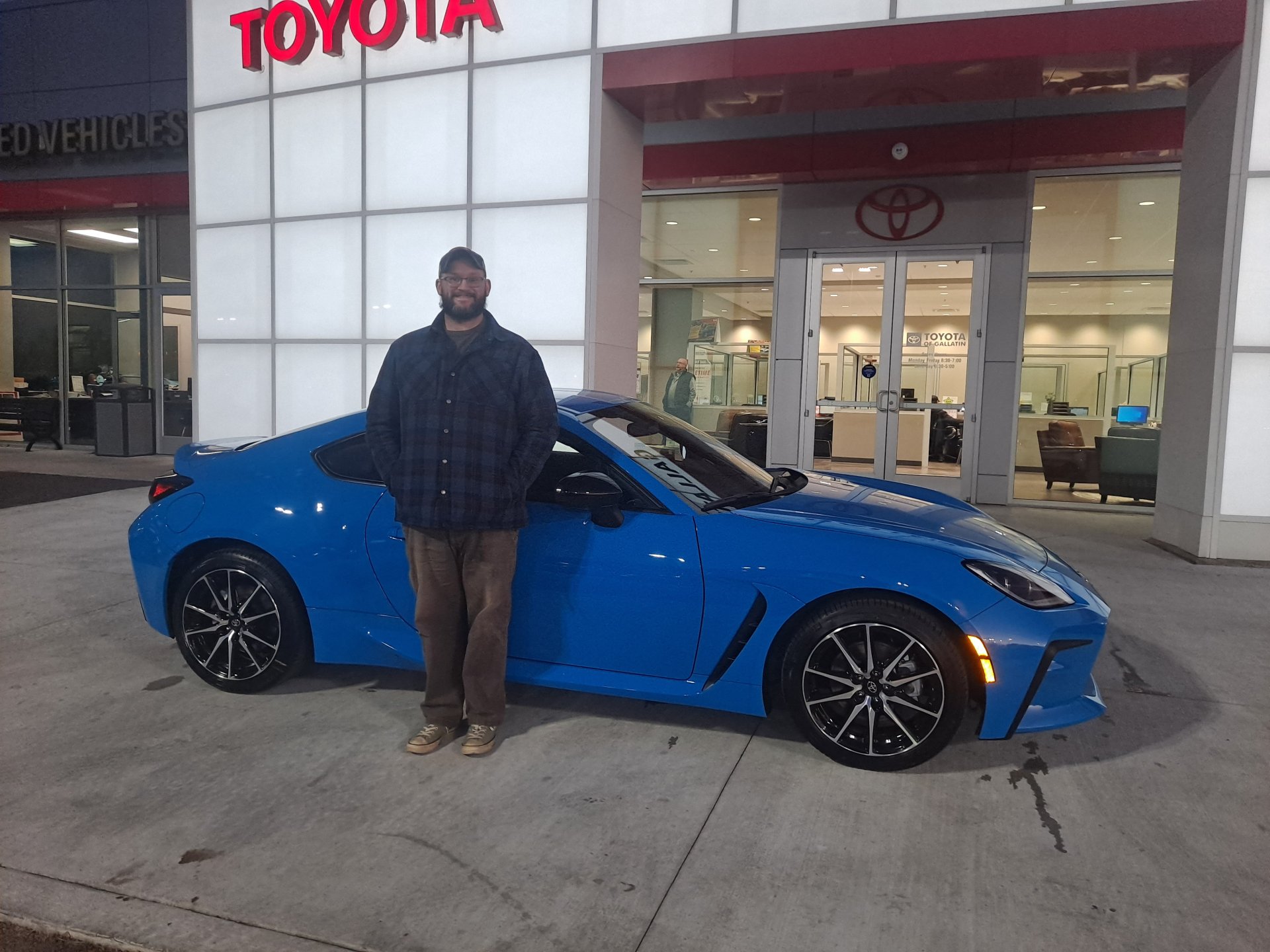 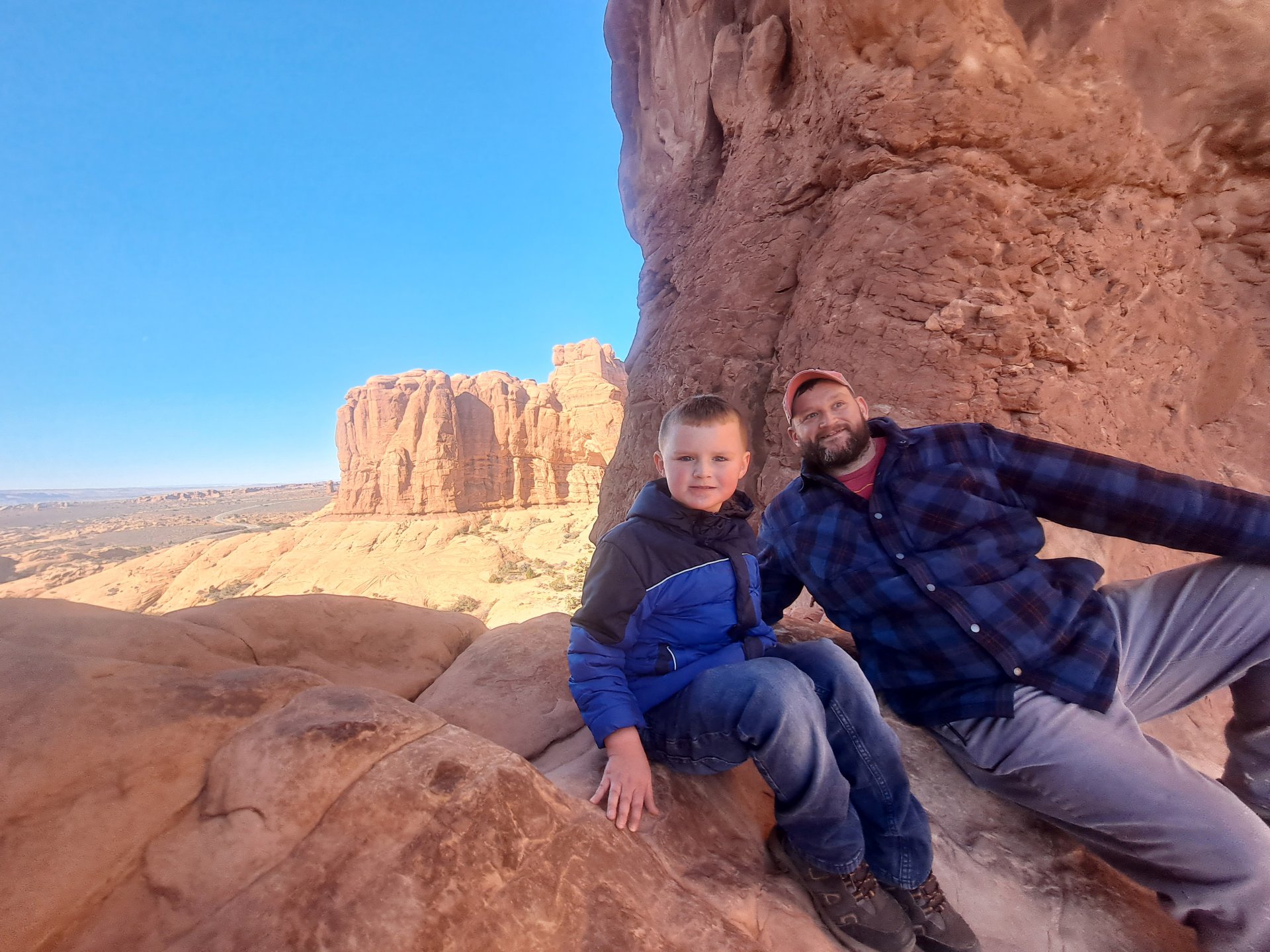 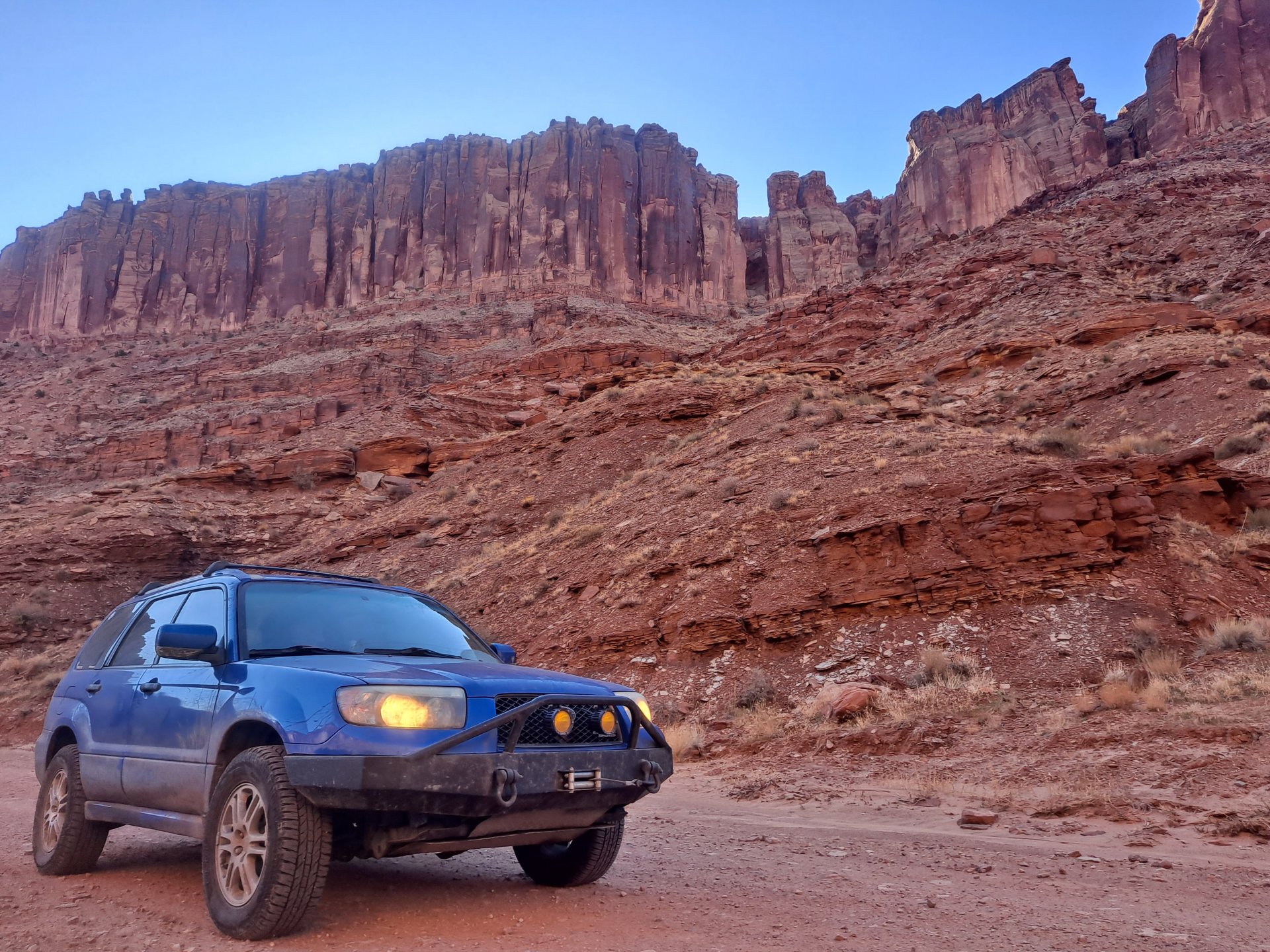 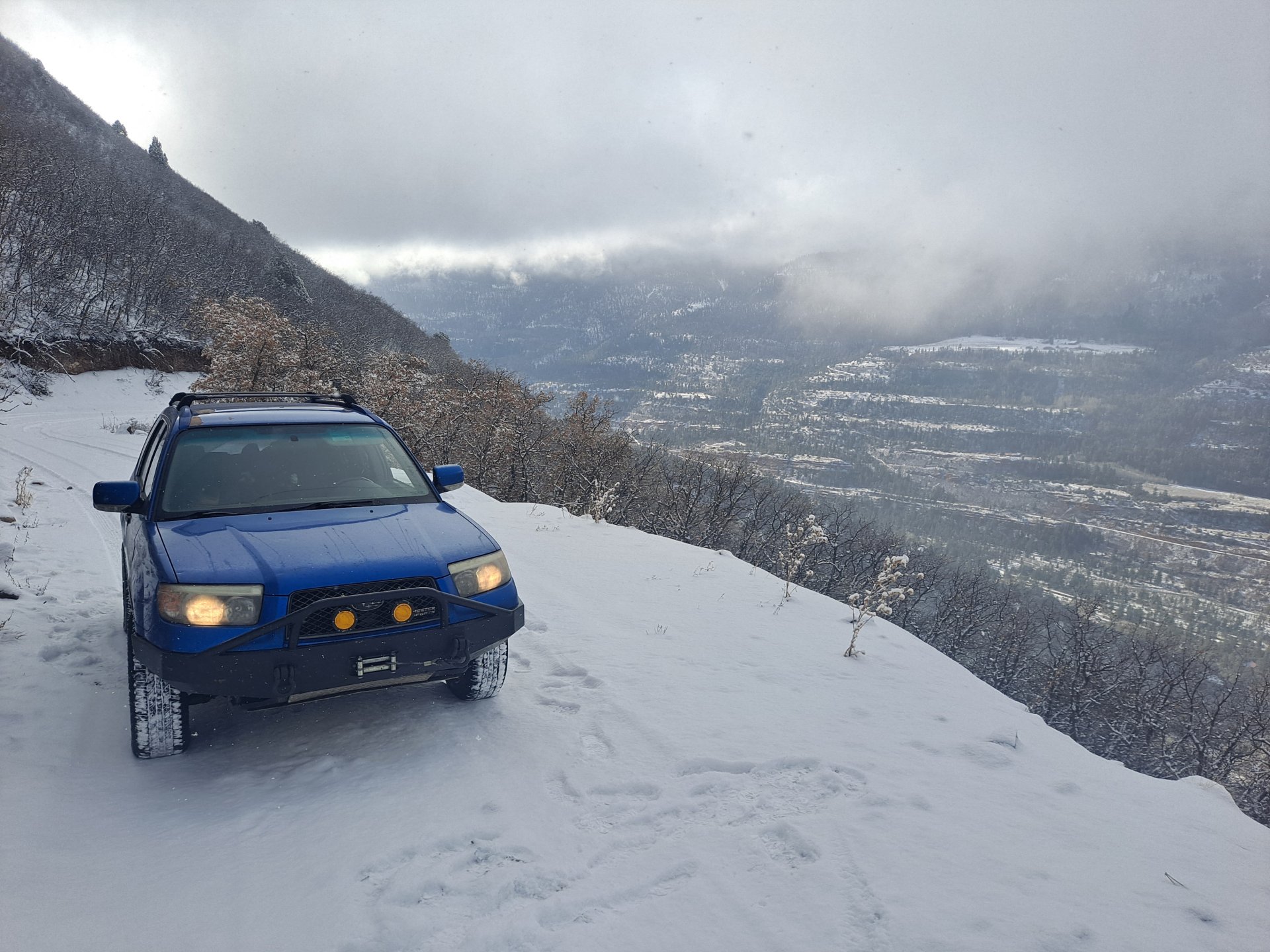 Come a bit further west to Oregon!
How olds your son? Mine will be 12 next year
PROJECT SNOWBALL

Hojack said:
Come a bit further west to Oregon!
How olds your son? Mine will be 12 next year
Click to expand...

I'd love to! Unfortunately it's hard to get enough time off work for a trip like that. I plan to bring the kid out there before too much longer, though!
He's 6 now... maybe we can make it happen next year. I'm hoping to get the Cruiser together for Easter Jeep Safari in Moab sometime, maybe we could make it a stop on the way to Oregon, lol.


Currently have a 2013 FRS and have been trying to replace it with a GR86.
Jim Godwin

Dauber gets 80 frame swap and a 6bt