FJ60Cam said:
Make sure you use some fuel resistant sealer on the threads & under the bolt heads of the flange bolts. The one time I had a leak from the bolts, was when I didn’t use anything.

I’ve been using the Permatex Aviation Sealant with good luck.
Click to expand...


Thanks for the tip! This sounds like a much less expensive option than replacing the whole unit. At least worth a shot before replacing with a Holley setup.

I pulled the passenger's seat out of the truck so I could monitor the fuel bulkhead. Since I had a completely full tank of fuel, I decided to take the truck for a short test drive and see if I could duplicate the fuel leak issue on public roads. I went over some big speed bumps and rough roads trying to jostle the fuel tank as much as possible. After a short drive I was able to confirm that the Aeromotive Phantom fuel bulkhead is leaking at the threaded studs/nylon washers. This is just one location, but I'm confident it's leaking at multiple studs on steep inclines and descents. 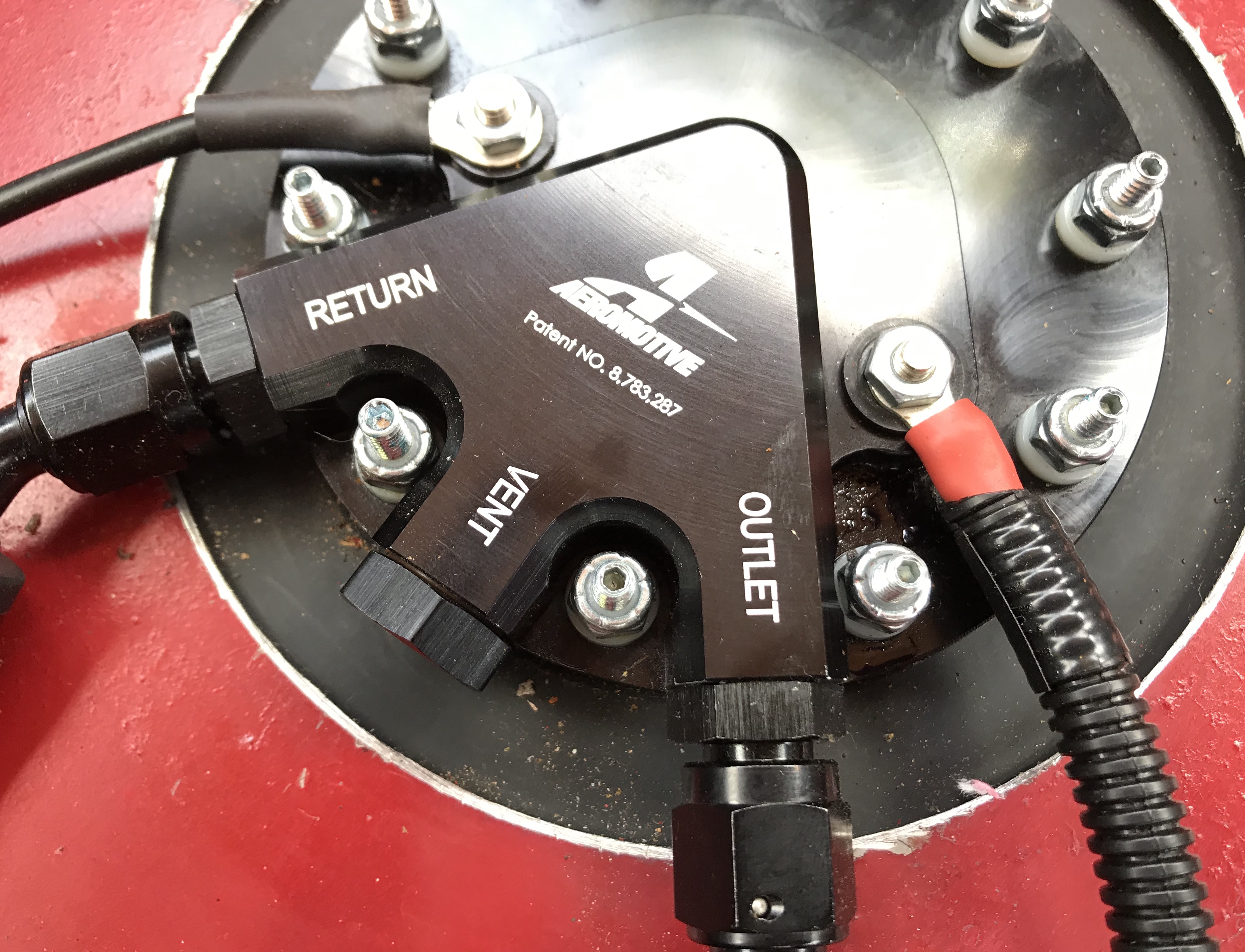 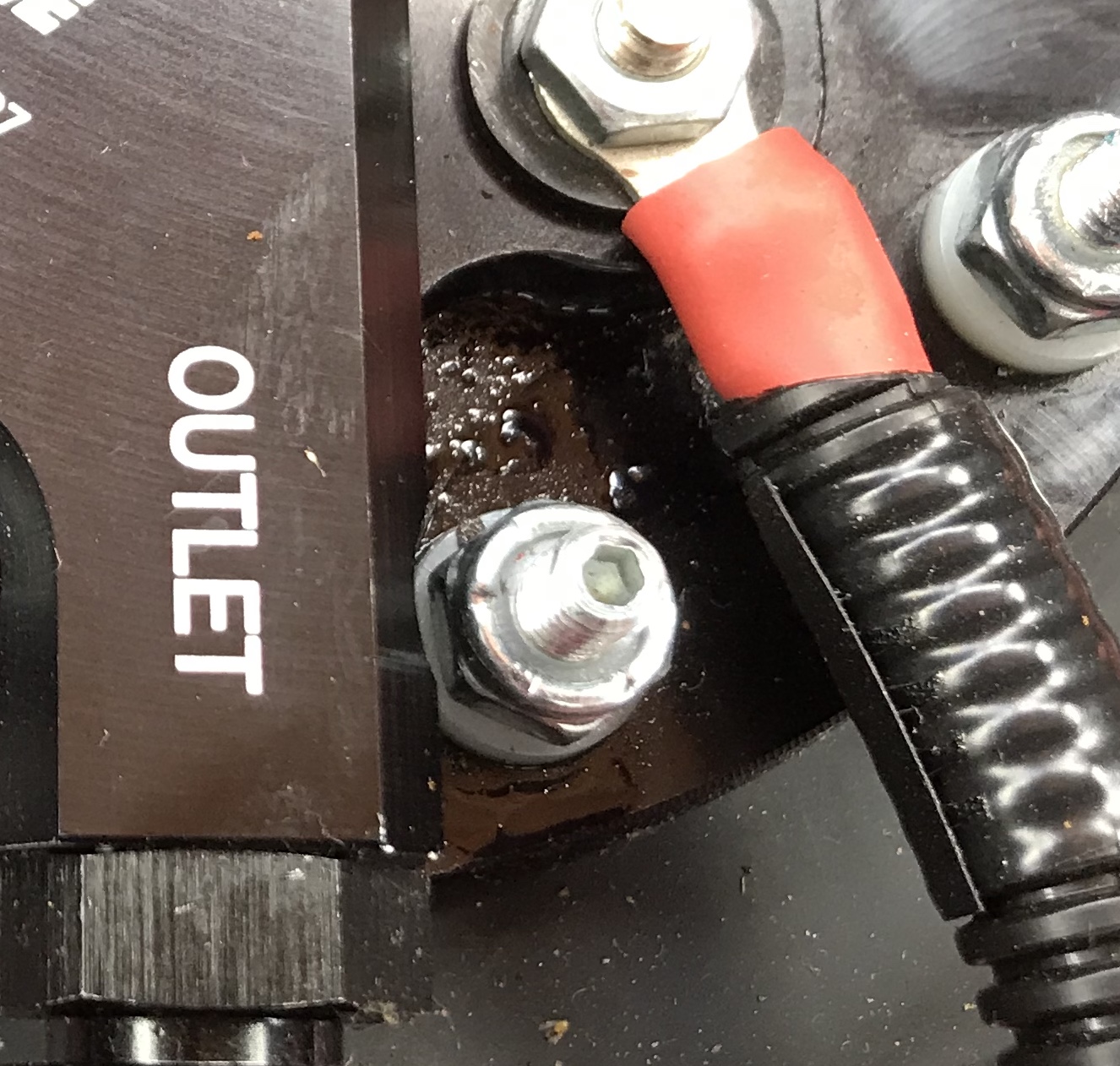 You can see the fuel moisture under/around the nut and nylon washer. The top of the tank itself is dry, which is good, because it means the seal ring itself is not leaking. This was after a quick drive and moderate speed over a speed hump.

I'm 99% sure I'm just going to replace the Aeromotive Phantom with the Holley Retrofit. Even if liquid sealant stopped the leaking at the studs, I would constantly be worried about it. I'm waiting until Monday to get a response from Summit Racing to see if they will refund my money for the Aeromotive. Or at least offer a discount on the replacement Holley parts. Gotta order a new gas tank too.

Luckily the Aeromotive and Holley fuel bulkheads both require the same size hole in the tank, so the re-install with the Holley should be very similar. But I'm not looking forward to Dremel-ing the fuel tank pickup hardline out again. That was a b*tch with the Aeromotive setup.

My only concern with the Holley is that it utilizes 1/4" NPT fittings rather than conventional ORB/O-Ring fittings normally utilized on fuel stuff. Some high quality PTFE tape should do the trick. But I'm really tired of battling fuel leaks.

I am debating selling the truck. How much do you think I should ask for it?

Will Van said:
I am debating selling the truck. How much do you think I should ask for it?
Click to expand...


After speaking with a few members via PM, I have decided to more forward with repairing the fuel bulkhead.

Although I may sell the truck for reasons unrelated to the maintenance of the vehicle, the Aeromotive bulkhead needs to be repaired regardless.

Will Van said:
After speaking with a few members via PM, I have decided to more forward with repairing the fuel bulkhead.

Although I may sell the truck for reasons unrelated to the maintenance of the vehicle, the Aeromotive bulkhead needs to be repaired regardless.
Click to expand...


Once repaired, that’d be a good candidate for a BAT auction, with a reserve of course.

I had some free time this weekend and was able to install the Holley In-Tank Retrofit Fuel Pump kit. I installed model 12-131, which is a returnless style kit with integrated FPR. This meant I could delete the LS-style fuel filter/regulator mounted on the frame, and abandon the "return" fuel line from the tank to the old regulator. It also meant I can run a conventional fuel filter. The kit comes with Holley's Hydramat, which is pretty slick.

The Holley instructions for trimming the fuel pump hose and hanger length to the proper depth are terrible. Just measure twice and cut once.

Unfortunately, I only have photos of the finished product. Hopefully the passenger's seat still clears. 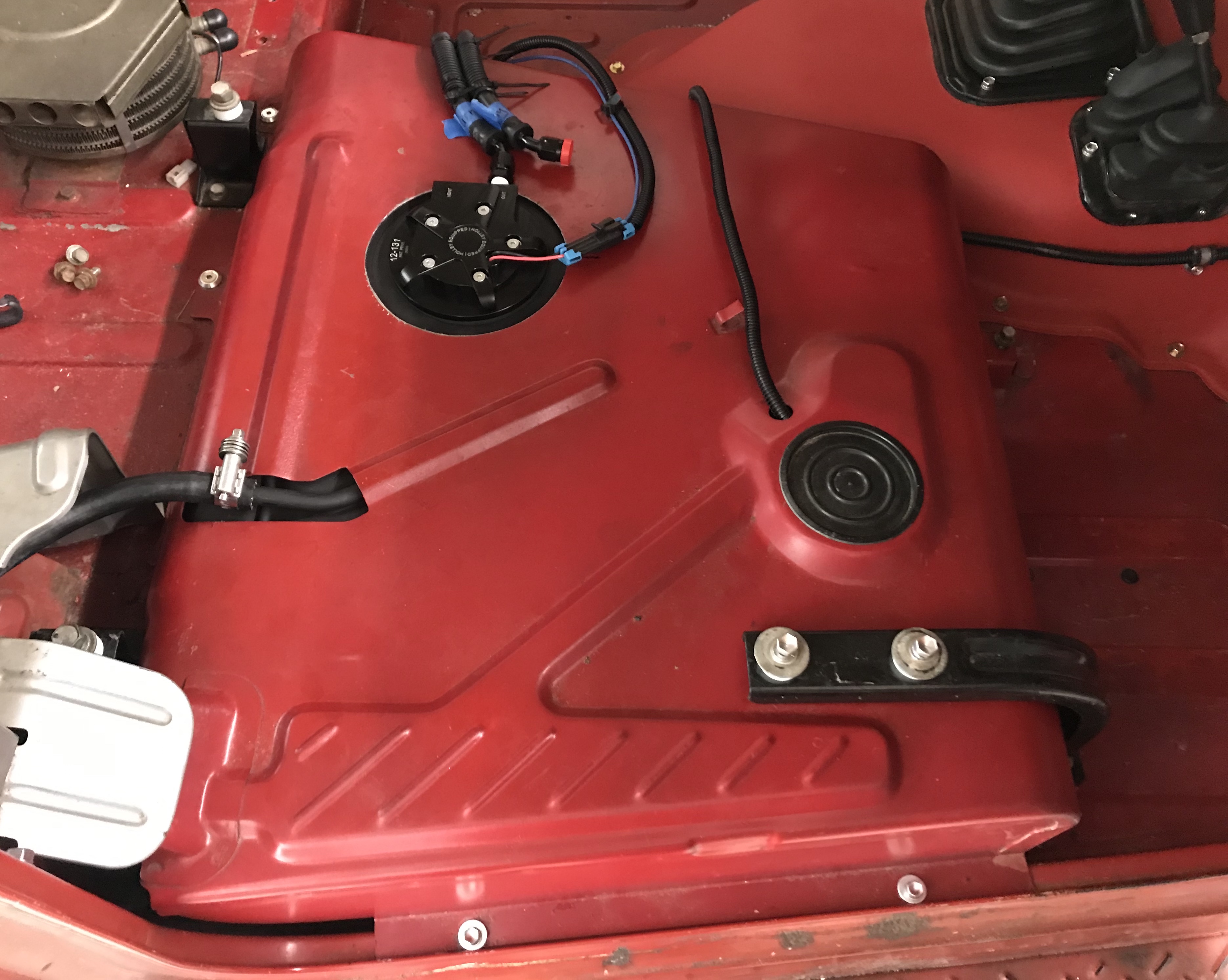 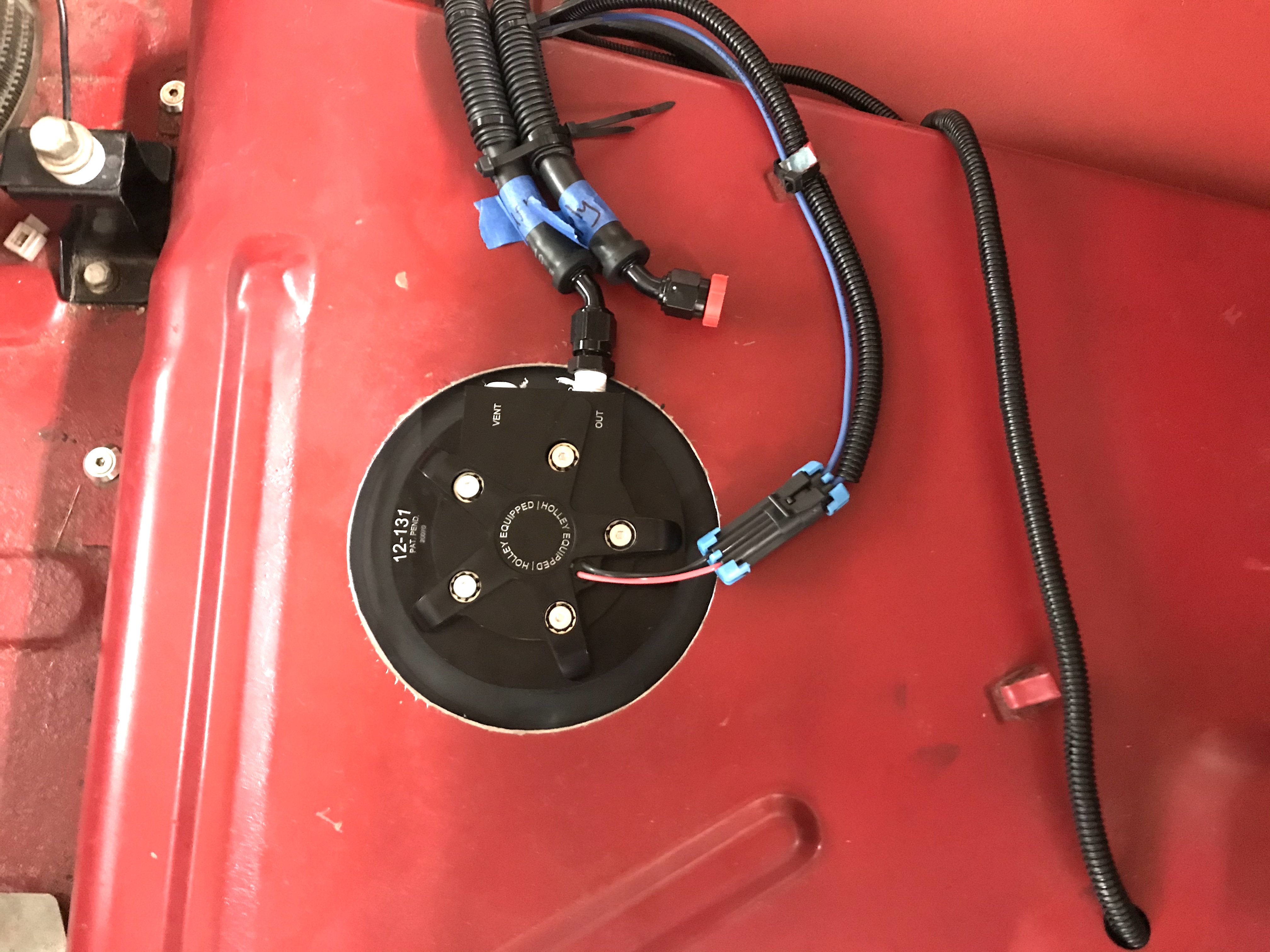 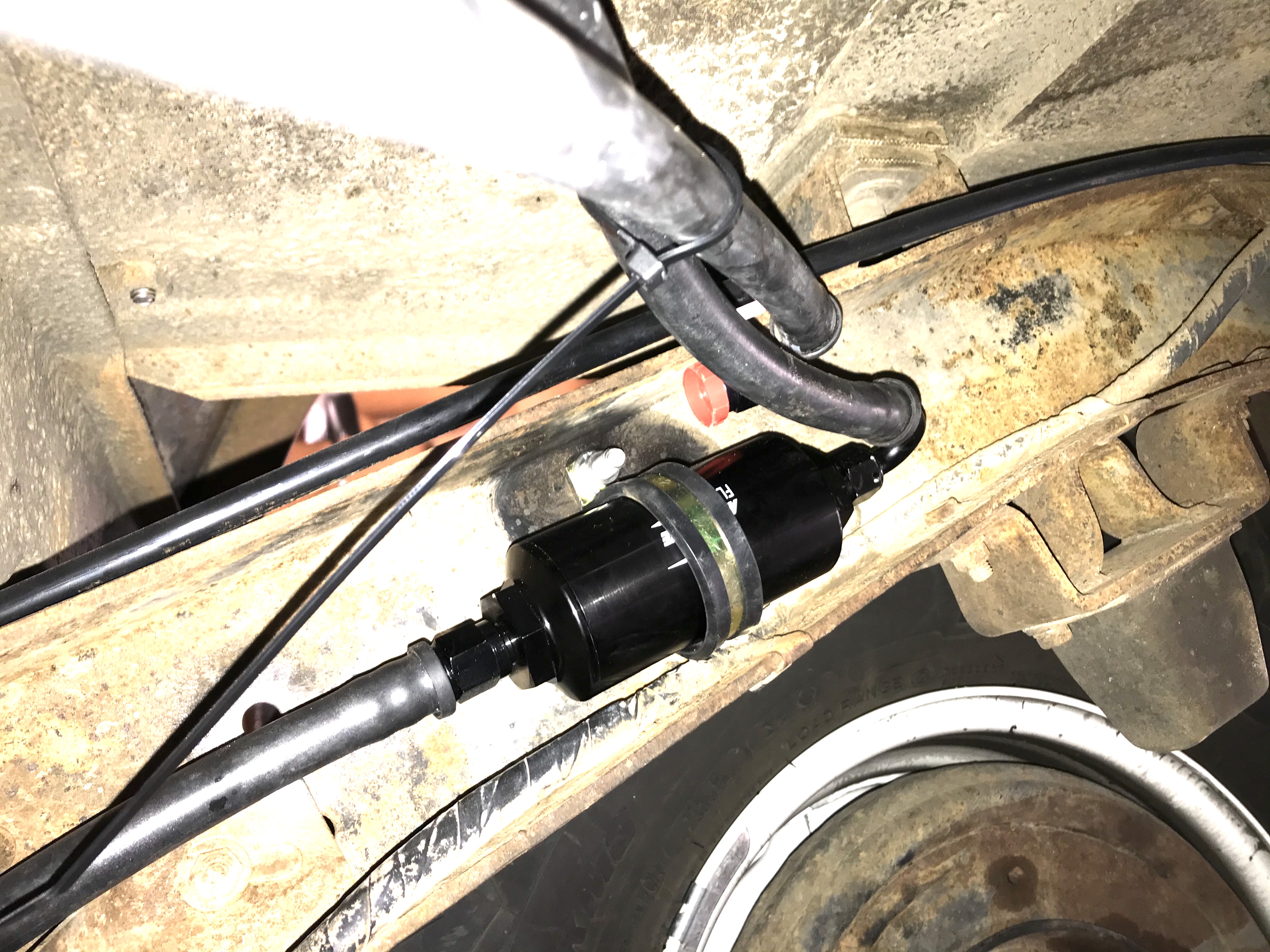 After wiring and plumbing, the truck fired right up with no leaks. I am going to reinstall the driver's seat and continue to monitor the bulkhead to ensure no leaks develop, especially on steep hills. I also used some Delphi Metri-Pack connectors, which I have never installed before. This slowed the wiring down a bit, but I'm glad I learned how to install them. They're pretty neat and I anticipate I will use them more in the future.
Last edited: Aug 9, 2020

Well, after shaking down the truck over several days, it appears I have the fuel bulkhead issue resolved. No leaks and no fuel smell in the cab. I went ahead and reinstalled the passenger's seat. 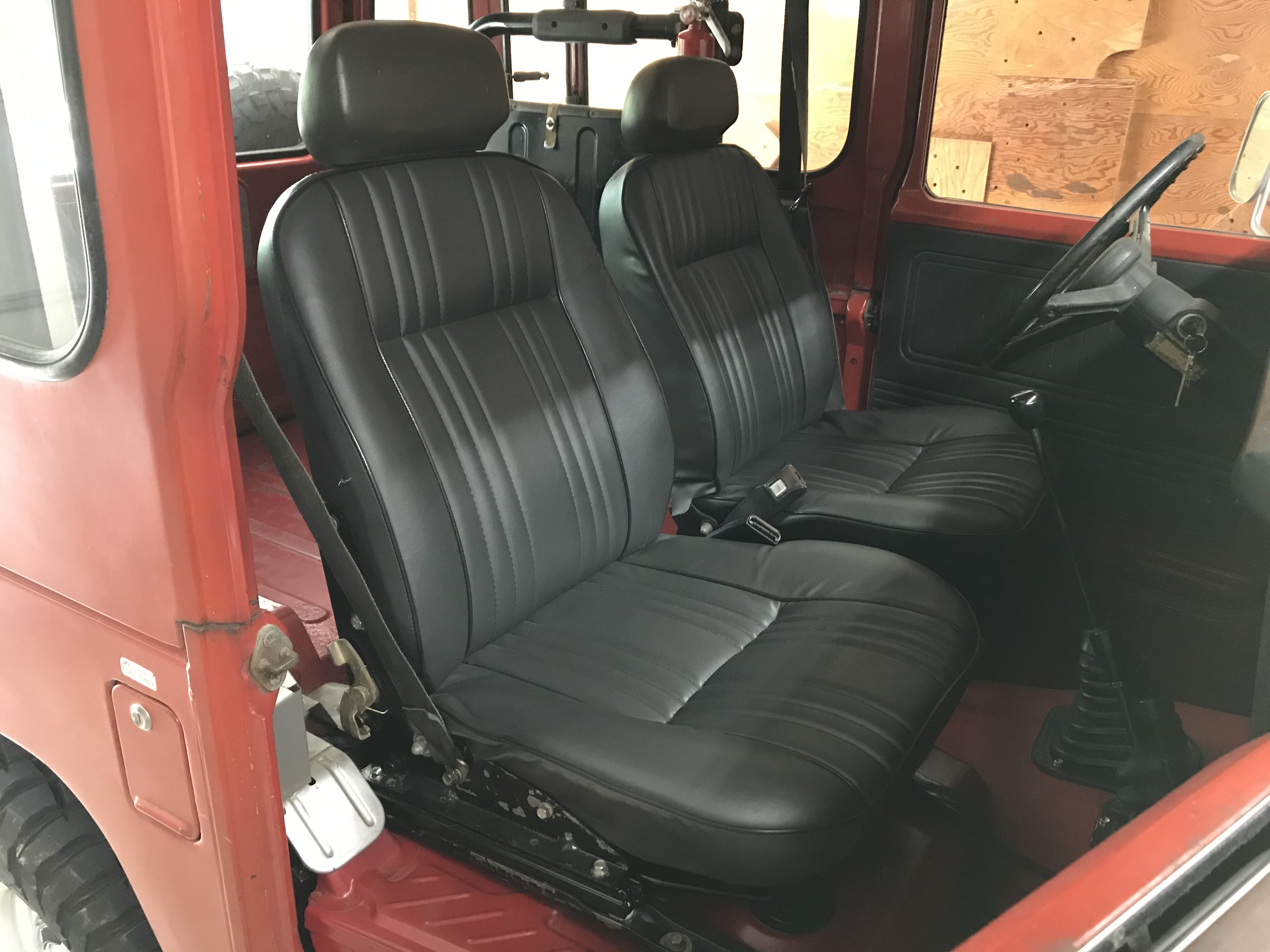 Another advantage to the Holley fuel bulkhead (besides resolving the fuel leaks and being able to run a single fuel line because of the internal FPR), is that the bottom of the passenger's seat now clears the fuel bulkhead and fuel hose without any spacers. 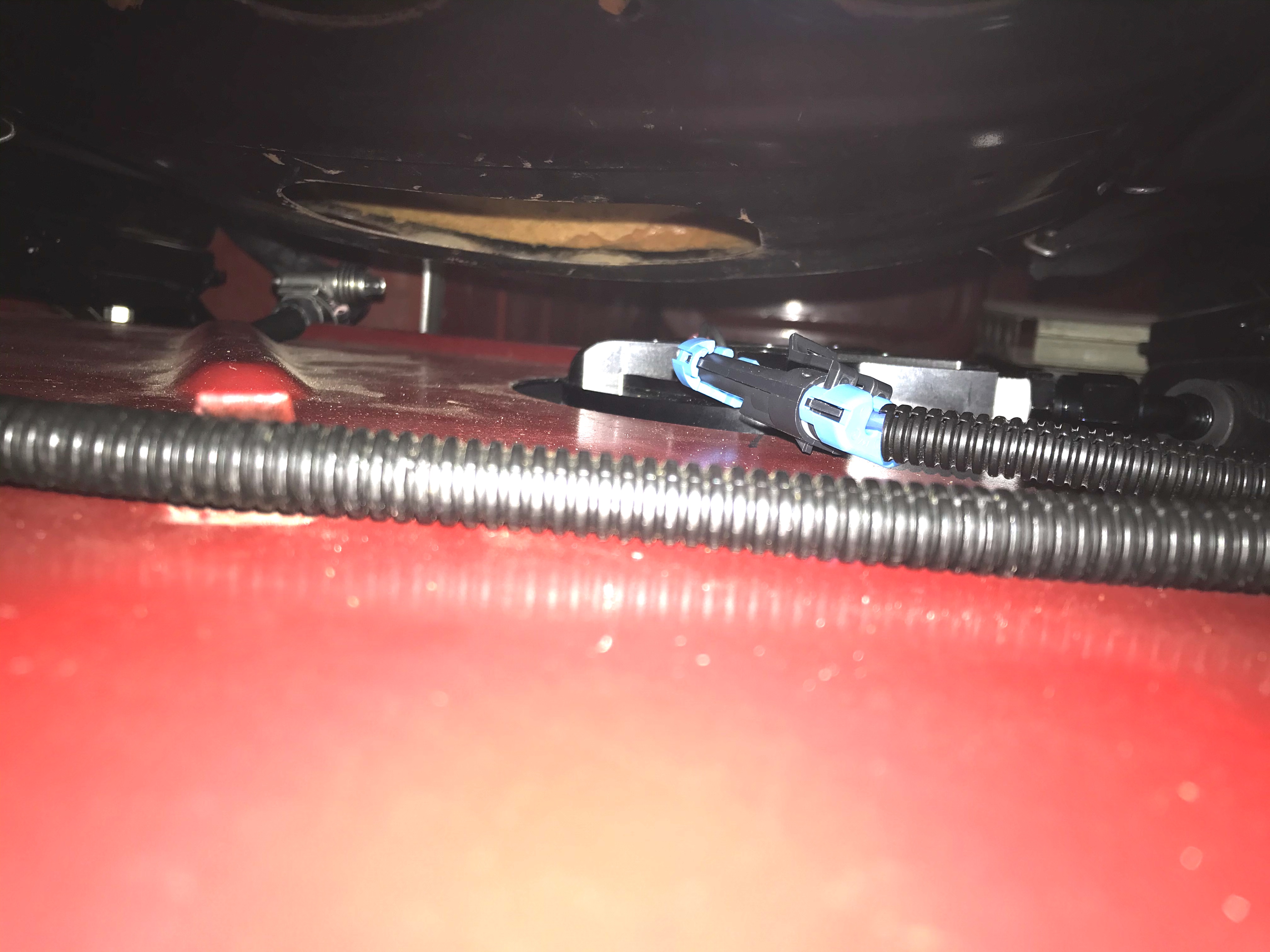 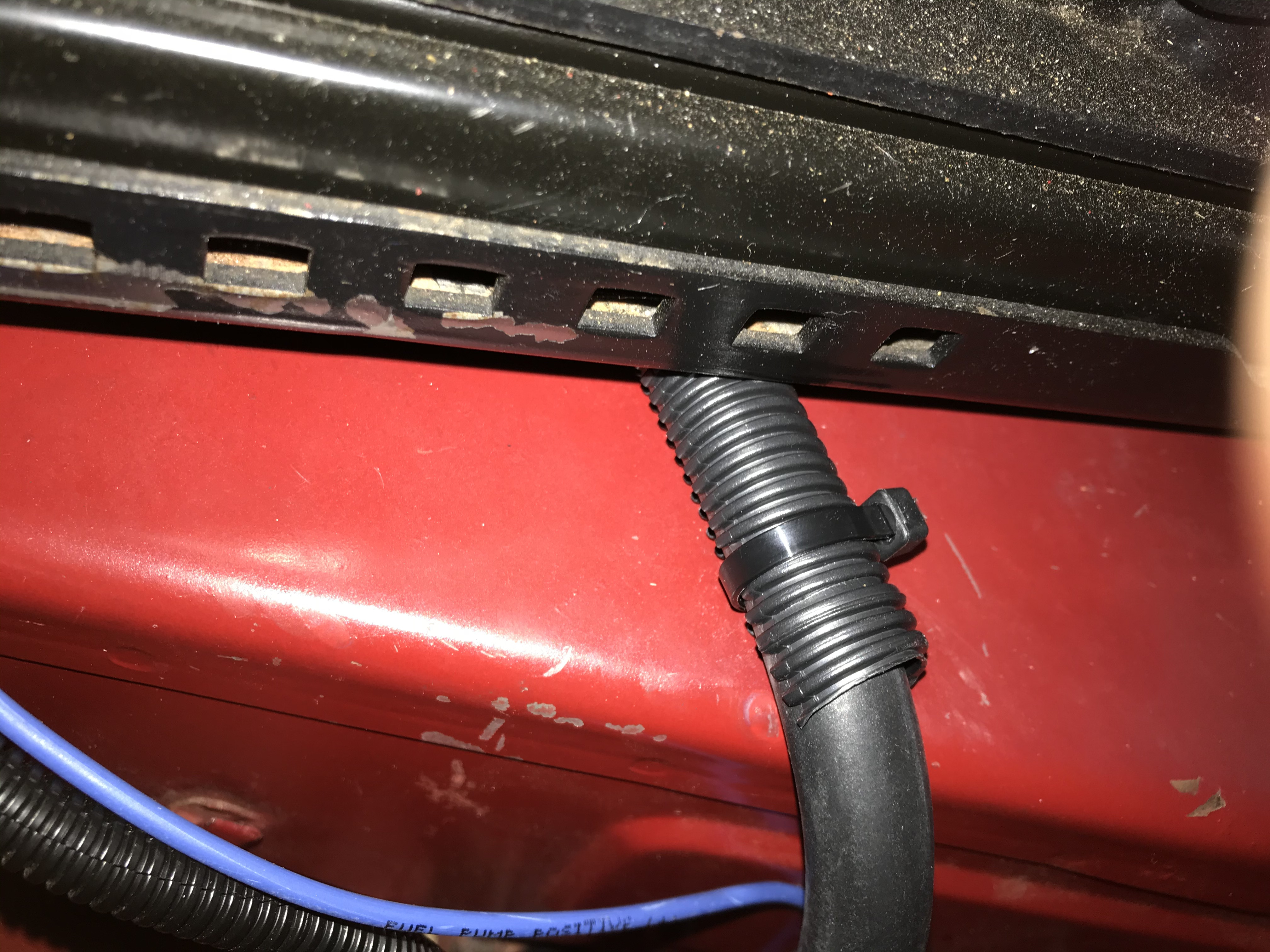 With the previous Aeoromotive bulkhead setup, I ran a set of nylon spacers between the seat bottom bracket and the floor bracket. This always worried me, because in an accident, the bolts could potentially shear and the passenger's seat could come loose from the truck. Not good. It is much better without them. 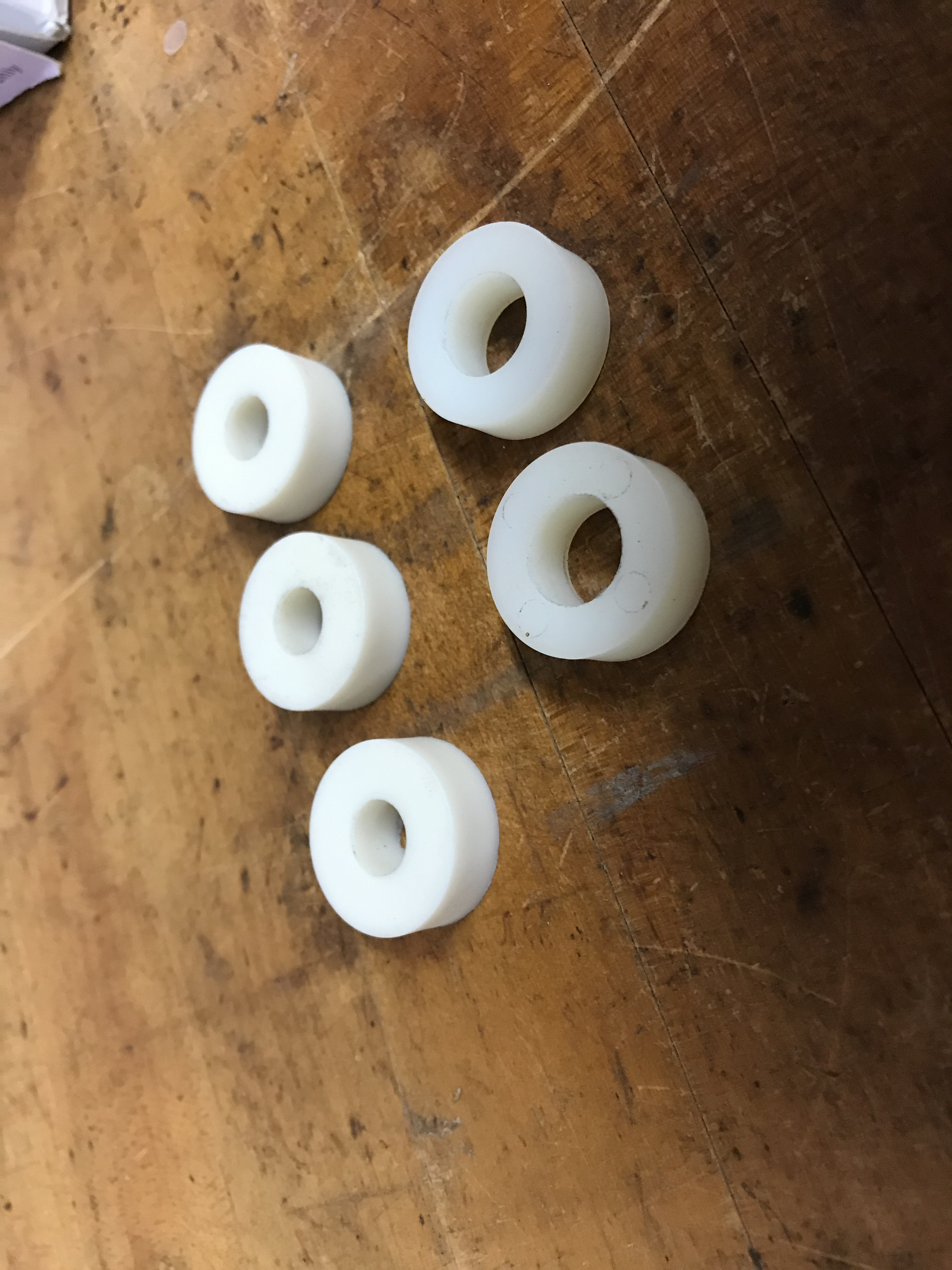 I will probably remove the extra return line soon. I just want to make 1,000% sure this setup works before I pull the extra fuel line. It's a huge PITA to get the -6AN line through the rubber floorboard grommet. 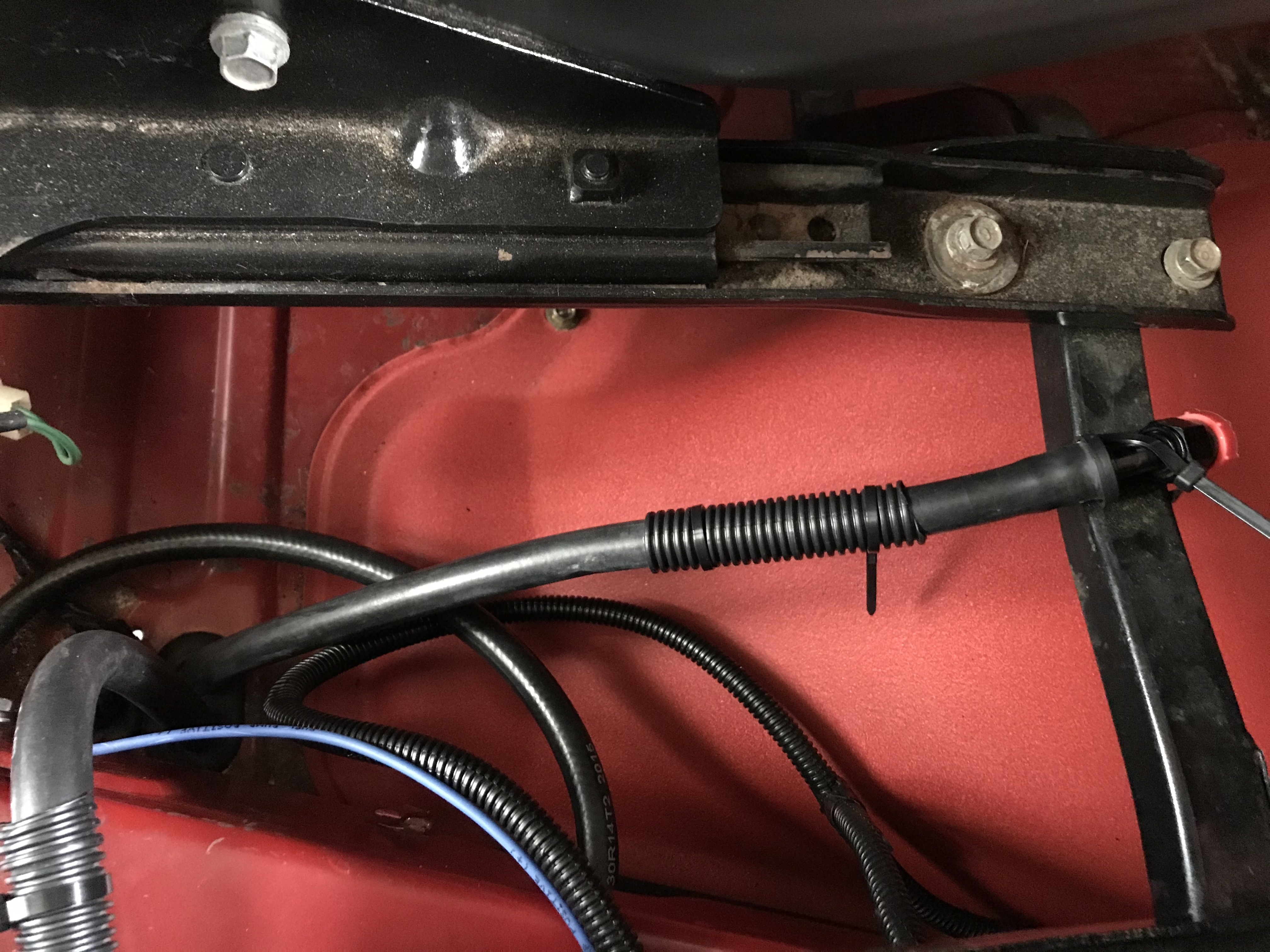 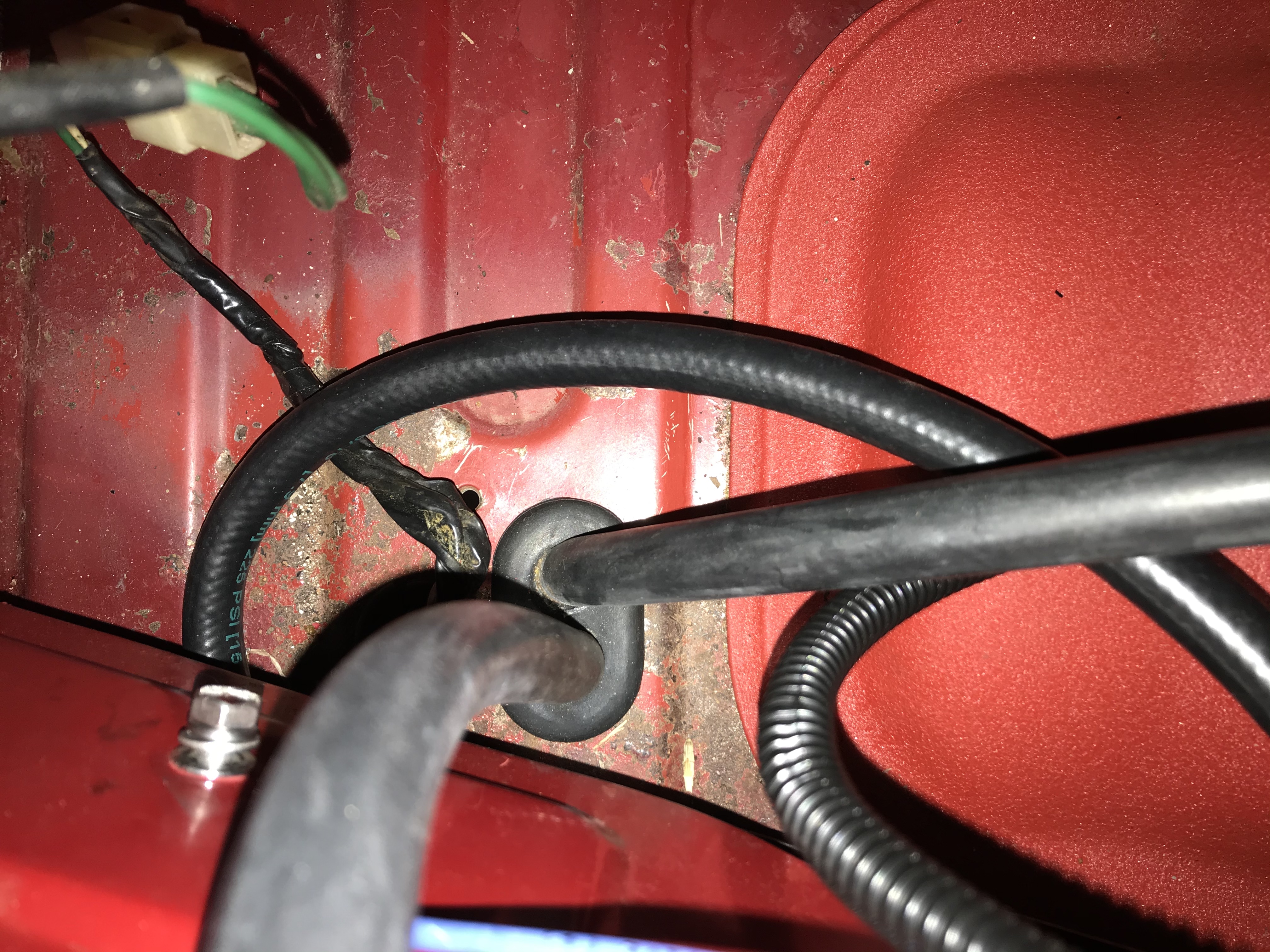 Glad to hear you got it figured out

@Will Van - Holley pump still working out? I'm just starting my LQ9 swap and think I'll go this route (returnless in-tank). I was wondering if there is much noise from the pump in the cabin too?

mtweller said:
@Will Van - Holley pump still working out? I'm just starting my LQ9 swap and think I'll go this route (returnless in-tank). I was wondering if there is much noise from the pump in the cabin too?
Click to expand...

The Holley in-tank pump setup works great. However, it’s noisy as hell. But you don’t notice it above all of the other road noise in the cabin.

Sorry for the lack of updates. The weather has been beautiful lately in Central TX, so I decided to take the Cruiser for a spin.

After installing the 5-speed, I was getting a bit of noise coming from under the truck. Every time I would take off or apply torque to the drivetrain, I would get a LOUD squeak.

Several months ago I took the truck to a family-friend who owns a specialty Toyota shop and had him put it up on the rack to inspect it. He assured me that the squeak was just the twin-stick t-case handles rubbing on the inside of the transmission tunnel. He said I could pull the tunnel and bend the sticks a bit more, but overall it wasn't going to hurt anything.

Today it seemed the squeak just kept getting worse and worse. Every time I would pull away from a light, or back into a parking space, I could hear it. Basically, anytime I applied torque to the drivetrain (forward or reverse), I could hear something squeaking under the truck. I put my hand on the transmission tunnel to see if I could feel any vibration along with the squeak. Nothing. Finally, after driving around this afternoon, I came home and just started crawling all under the truck with a flashlight.

I had assumed the transmission was just shifting on the rubber trans mounts enough to rub the belly armor or the frame, but there was miles of clearance and no indication of it rubbing anywhere. I just kept poking around and finally noticed that the 4 nuts and bolts that hold the rear driveshaft flange to the diff flange were completely loose. The nuts had almost fallen off 3 of the 4 bolts! I could move every one with my fingers. Not good! 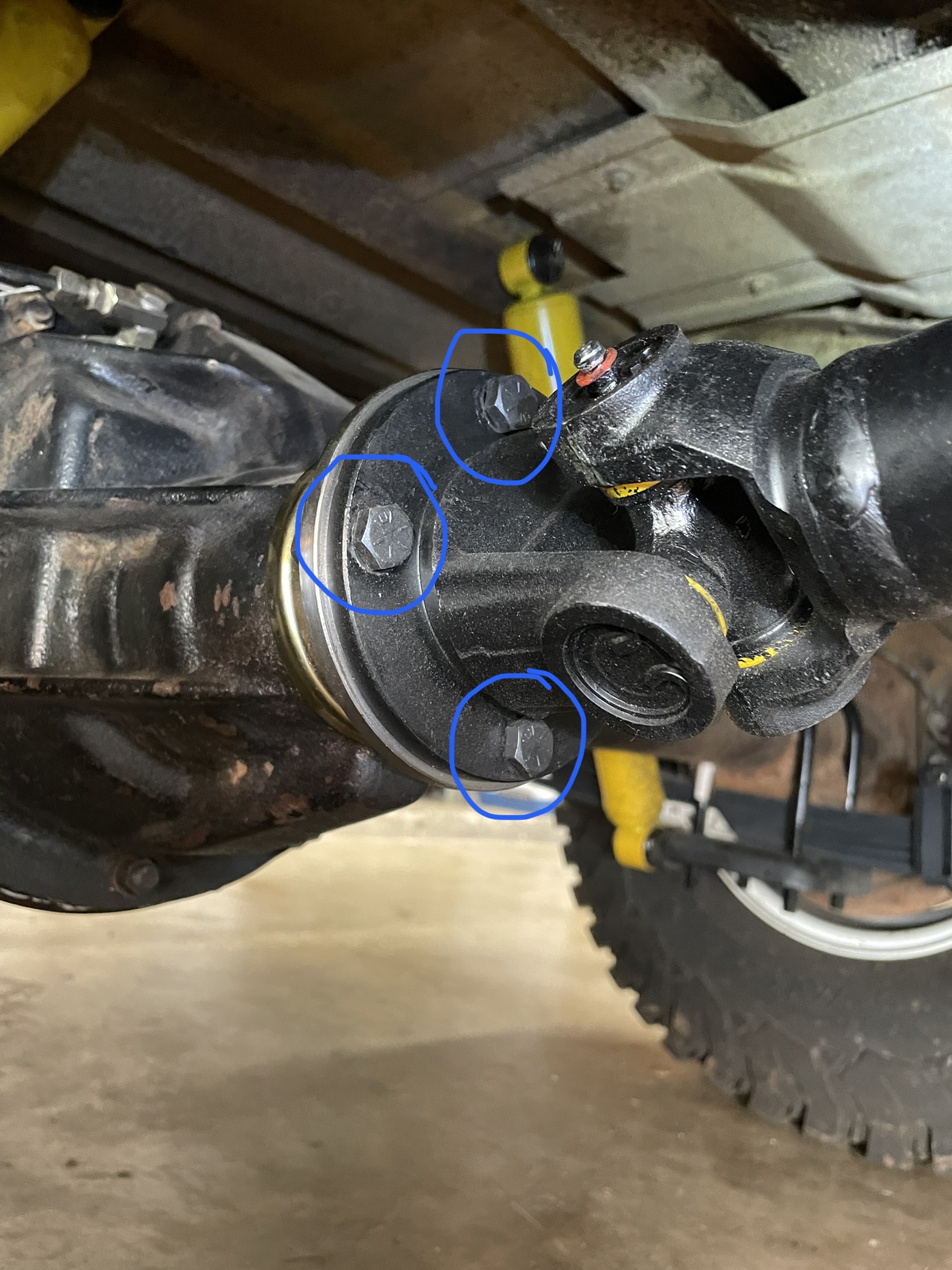 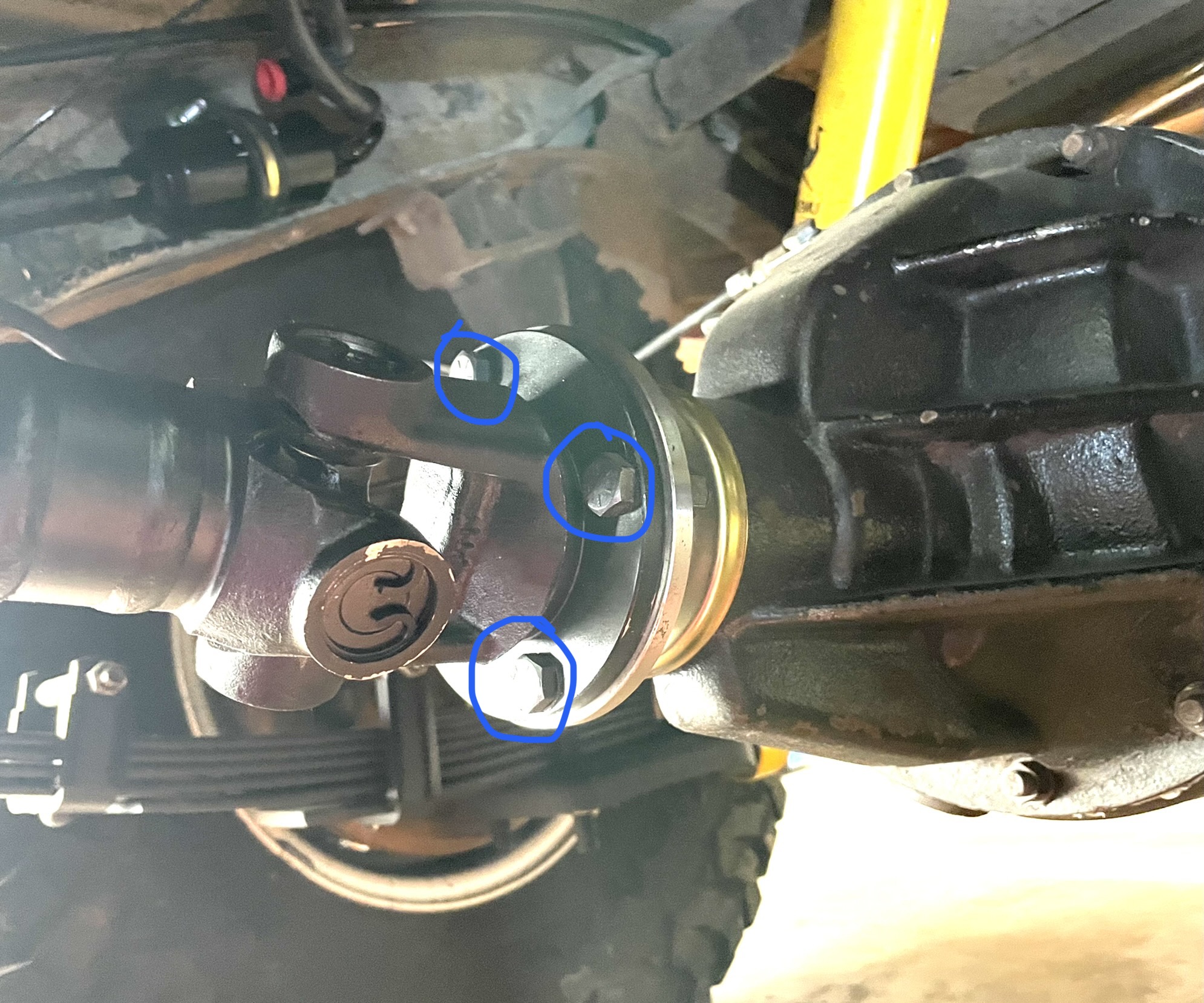 I snugged everything back down and took it for a test drive - The squeak is gone! Hooray!

I got really lucky I didn't lose the driveshaft. In hindsight, the Tom Woods Driveshaft instructions said to re-torque everything after 100 miles, which I did not do. So it's totally my fault.

I also noticed that this dust cover on the rear diff is loose. It can rotate and move forwards (toward the engine bay) and backwards (towards the rear bumper). Is this normal? 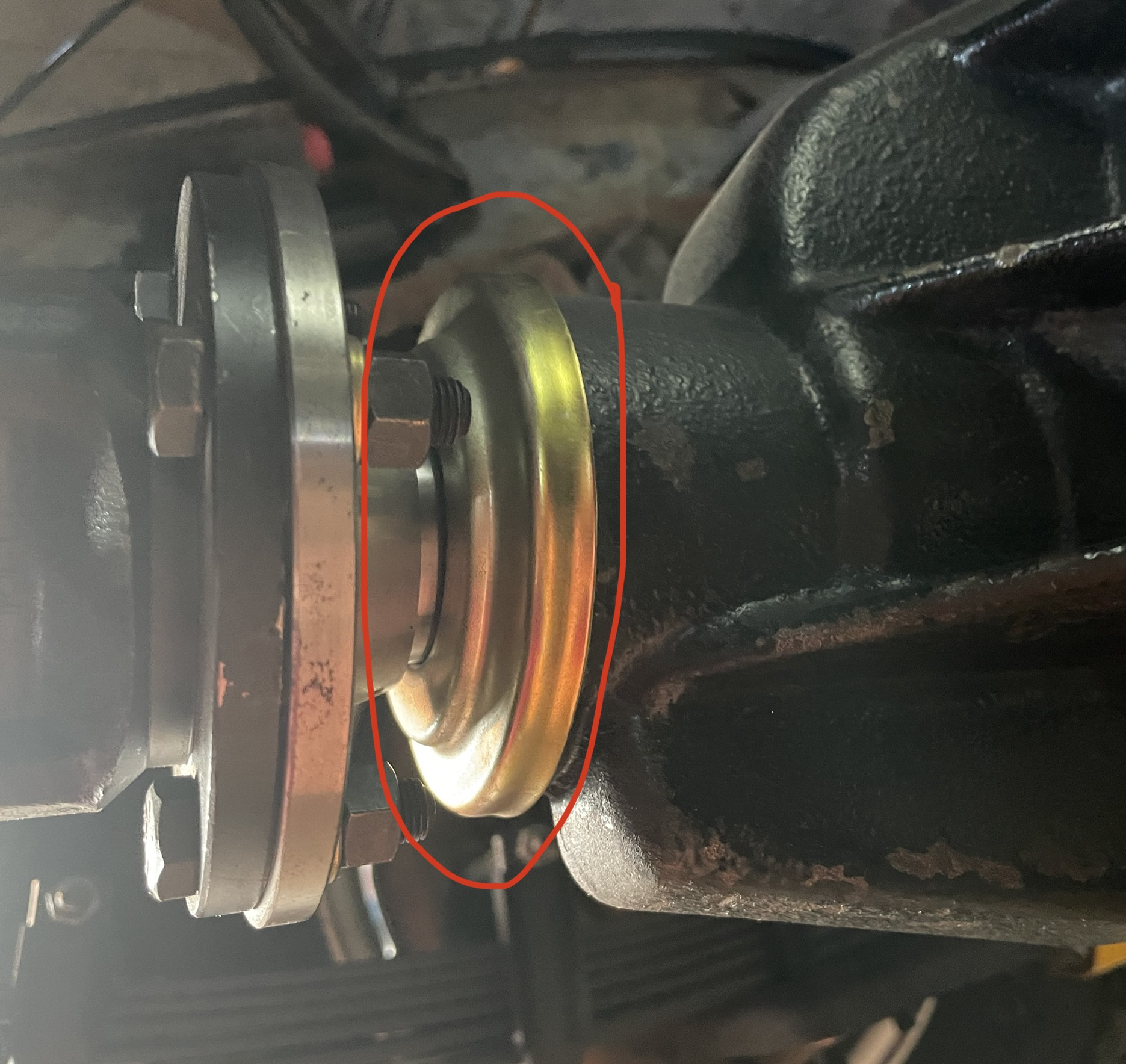 Not normal but also not going to hurt anything to have it loose. It might make some noise too.

wngrog said:
Not normal but also not going to hurt anything to have it loose. It might make some noise too.
Click to expand...

I would recommend some proper driveshaft hardware from Mr. T and some locktite on install. Glad to see it didn't end in a worse way, could have been ugly.

ETA - I had a dust cap come loose on teh T-Case side and it drove me nuts. Wound up JB-Welding it in place until I replaced the flange (for other reasons).

mtweller said:
I would recommend some proper driveshaft hardware from Mr. T and some locktite on install. Glad to see it didn't end in a worse way, could have been ugly.

ETA - I had a dust cap come loose on teh T-Case side and it drove me nuts. Wound up JB-Welding it in place until I replaced the flange (for other reasons).
Click to expand...

I used the hardware that was included with the Tom Woods driveshafts. I figured they were supplying decent stuff given their reputation.


If it continues to be a problem, I'll order the Toyota hardware. Any chance you know the part numbers for the bolts and nuts?

You are right, Tom Woods probably has good stuff. That just looked like generic 8 to me.

Tom woods sends those. They are a bit longer than OEM Toyota to make up for the thicker 1310 yoke

I can't tell you guys how much of a relief diagnosing the rear driveshaft has been. I have been driving the truck all weekend!

I honestly thought it was an issue with my armor/trans crossmember/5-speed retrofit. And I was dreading trying to figure it out and fix it. I thought I was going to have to install solid trans mounts or something crazy. 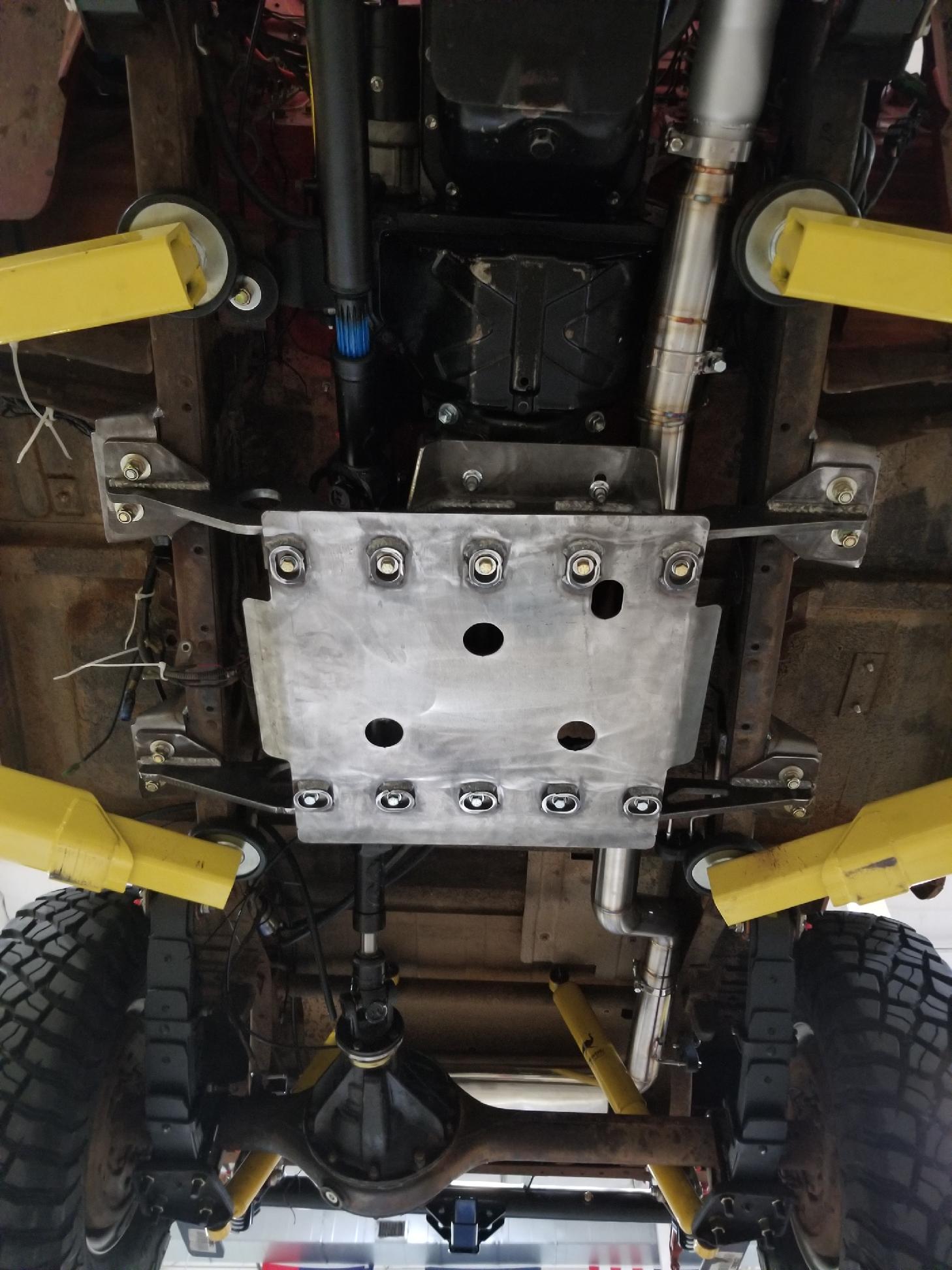 Now that I'm enjoying the truck again, I'm debating installing air conditioning. My only concern is that I am running a HUGE Mean Green GM-style alternator. There is barely any room between the alternator case and the battery. 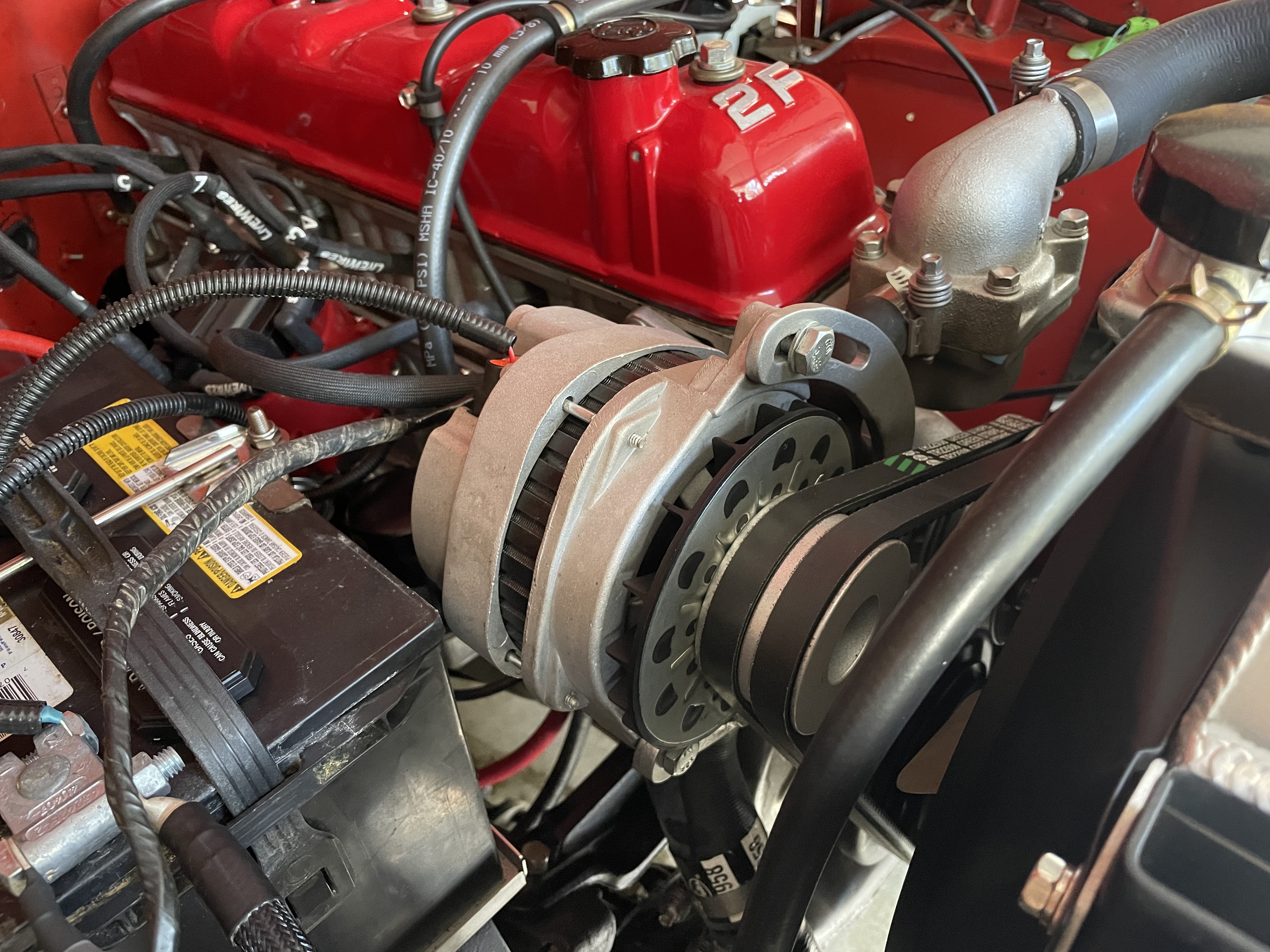 Most of the air conditioning retrofits I have seen on the FJ40 relocate the A/C compressor where the alternator typically sits, and move the alternator below it. I'm afraid that might not work with my large-case alternator. Has anyone done this with the Mean Green or GM alternator? 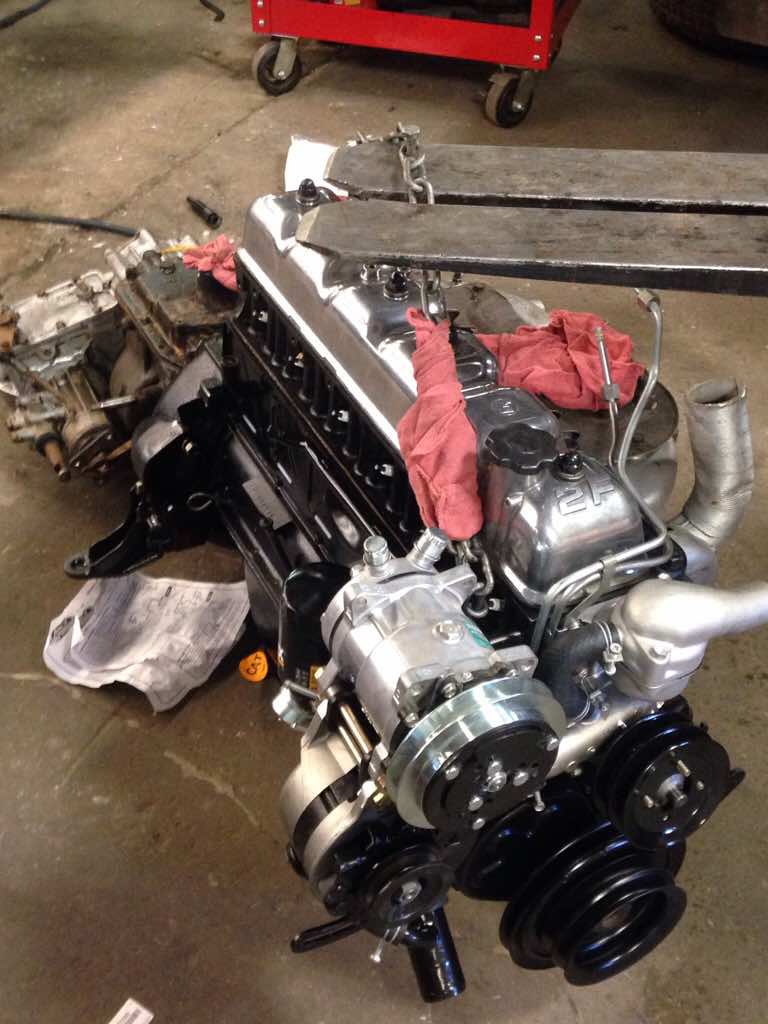 Alternatively, does anyone run the A/C compressor below the alternator? I think they come from Toyota on some non-US spec trucks in this configuration. 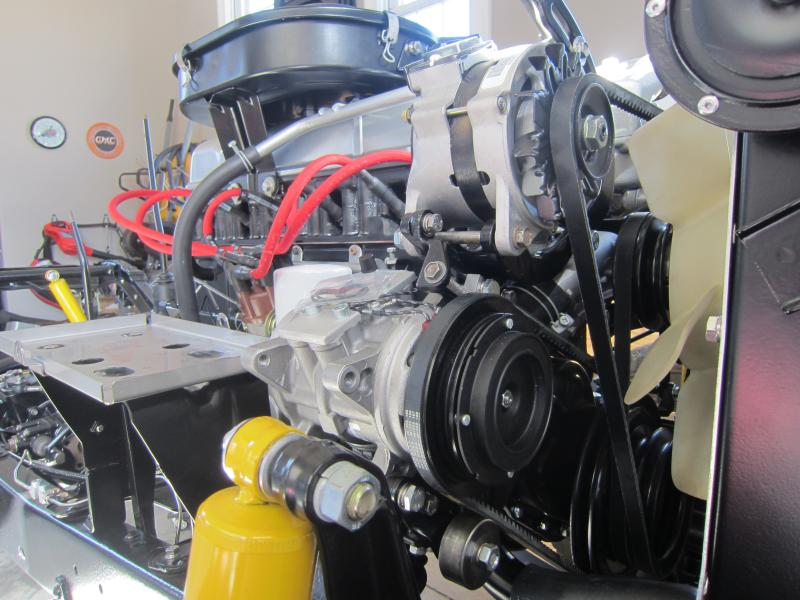 Don’t have an answer but what about the other side of the motor, like on a 1F?
You must log in or register to reply here.

Weber carburetor conversion not getting fuel