Observations:
Has me wondering if new plugs, taping up the clean air intake hose and a bottle of octane boost is worth testing to rule out preingnition. When I heard "only filled oil when the light came on" my mind went immediately to a rod knock.

Sorry the video is a little large - No video editing software on this end.
Click to expand...

Have you pulled the valve cover and taken a look? All the valves moving freely and their clearances to spec? Check compression yet?

Have you changed the oil? Any sizeable metal floating around in the bottom of the pan?

First thought is the Power Steering Pump Gear with a dinged tooth. Typical after a PS replacement.

Any work done by the PO on the PS that you know of?
Second thought is someone left a bolt in a camshaft after a top end rebuild.
Get a $15 stethoscope from Harbor Freight and check around on the engine in various locations for the location of the knock.

Is there anything on the idler pulleys that could indicate this?

PO did almost no work to the vehicle other than put gas in it - Power steering doesn't look tampered with, but there's still a decent amount of caked on crud down there, so not 100% sure.

I threw new plugs, wires, cap and rotor on tonight, along with a jug of octane boost since I had them in the shop - No difference. Still making a racket. Apparently preignition wasn't the issue. Going to have it towed to Torfab at the end of the month and maybe they'll have a revelation that doesn't end in "bottom end knock, need a rebuild", but I'd be pretty surprised.

I have plenty to do before it's a driver anyway. May as well start working on the interior and the front axle while someone smarter than me is figuring out the engine, or spooling up for a conversion. 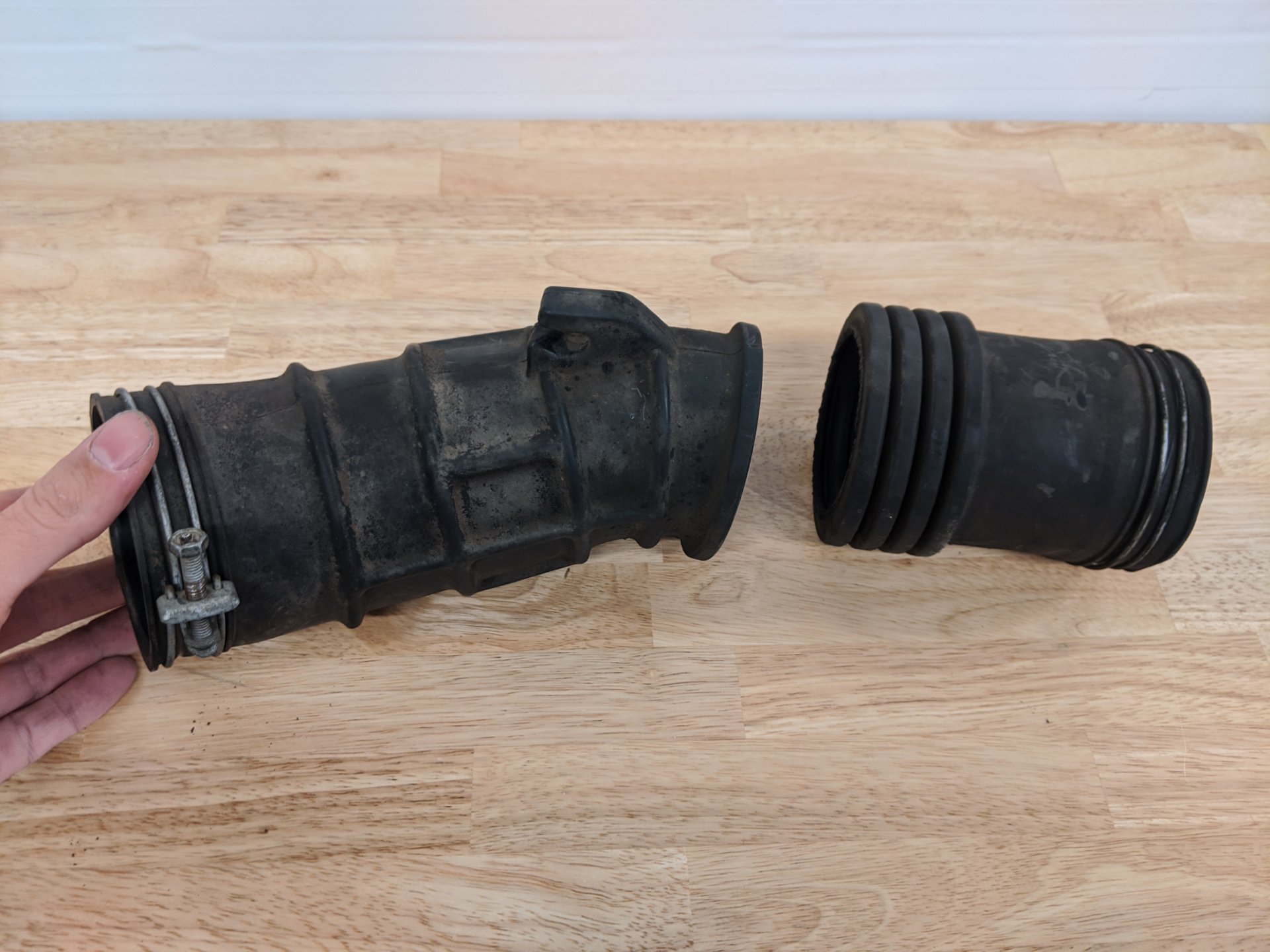 Feldrian said:
I think I found an air leak ...
Click to expand...

Oof that'll do it.

I think I saw a no-name aftermarket one for $20 on amazon a while back...

DiscoCam said:
Oof that'll do it.

I think I saw a no-name aftermarket one for $20 on amazon a while back...
Click to expand...

I'm kinda partial to my duct tape though. 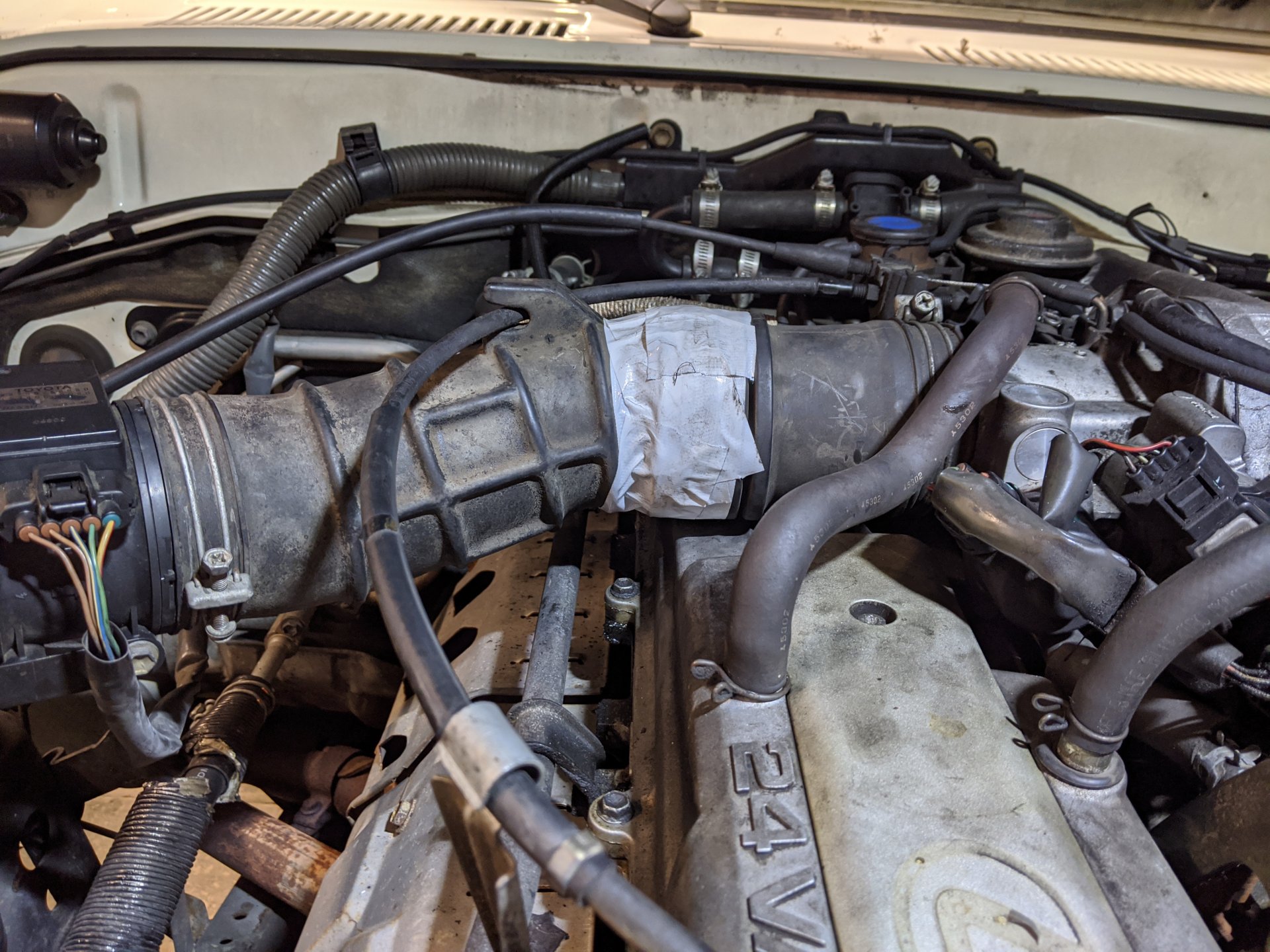 Feldrian said:
I'm kinda partial to my duct tape though.
Click to expand...

I can't argue with results.

Well, at least somebody did heater hose / valve work - worm clamps are the tipoff there.

Maybe it’s better than you know yet

Here's her future mug shot, sporting 400hp and 400 torque with a stout 6-speed auto trans laying it down on the NW dirt roads. Oh and you'll get better fuel mileage and a nice V8 grunt to go with it 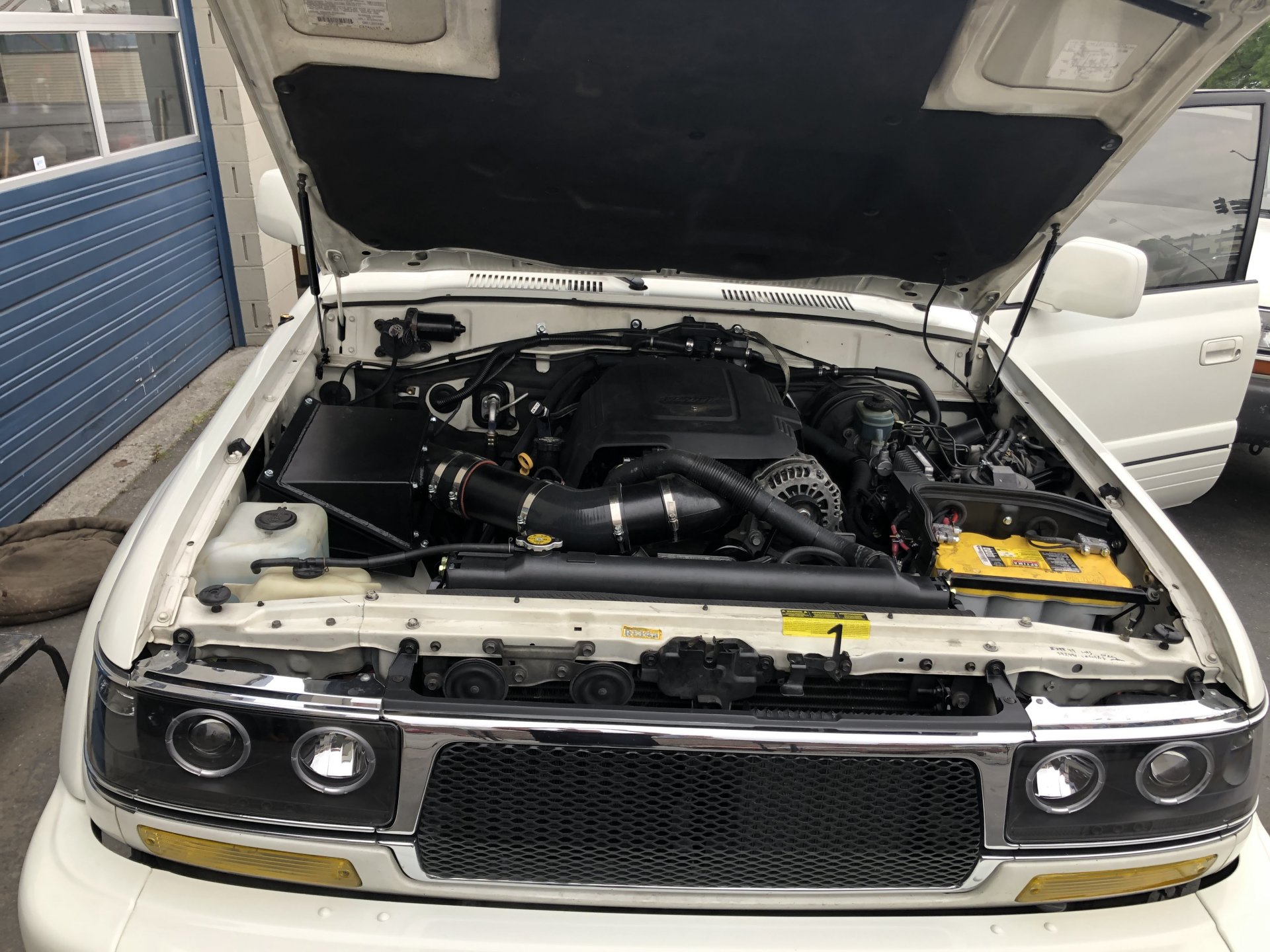 Feldrian said:
I think I found an air leak ...

I had the same think happen to me.

Feldrian said:
I think I found an air leak ...

they are cheap on rock auto from 35 to 50 bucks

Check the exhaust manifold bolts to make sure they are tight. also connection to the exhaust pipe heading to cats. If they are loose you can hear similar noises you describe.

I was going to say maybe your belts are bad, but that knock is pretty severe.

subzali said:
I was going to say maybe your belts are bad, but that knock is pretty severe.
Click to expand...

I wonder if someone didn’t torque the crankshaft pulley to 300 ft/lb.
M

Feldrian said:
Stripped the interior and found almost $12.00 in change, about 30 fossilized tater tots, a half box worth of cheerios strewn everywhere and what I'm going to guess was a half dozen half eaten chocolate bars stuffed in the rear seat middle seatbelt well "saved for later". Neighbors were super happy that I did the work in the street too. Bagged the carpet and pad and took straight to the dump ... It smelled that bad.

Great save. Glad it's not going to the crusher. I personally would think hard about putting vinyl or some non-carpet material in there. I do not understand that a utility vehicle would have carpeting and leather seats. For me, it would be cloth (maybe vinyl) and definitely no carpet. That way, when there is a muddy mess or even spills and puking, it's not a big deal. My "cheerful and cheap" utility vehicle is a Honda Element, and frankly I LOVE that the interior is made of some rubbery/plasticky compound, it is REALLY easy to clean the insides.
M

Observations:
Has me wondering if new plugs, taping up the clean air intake hose and a bottle of octane boost is worth testing to rule out preingnition. When I heard "only filled oil when the light came on" my mind went immediately to a rod knock.

Sorry the video is a little large - No video editing software on this end.
Click to expand...

I recommend doing a compression test, and also try Kano Labs' "Kreen". I'm wondering whether it is actually rod knock, especially since the knock is intermittent. If the bearings are shot, then I've always understood that the knock would persist. Kreen would act as an engine cleaner and it has helped me with my LC that was pretty carbon-fouled when I bought it.

following becuase I am curious if the knocking sound isn't something else....

Take the carpet to the car wash and spare it till you run out of quarters. I pulled mine a few years ago because it was sticky. I laid it on the driveway and sprayed heavy amounts of dawn and lysol on the fabric and scrubbed it. The rinse looked like coca cola. I did this several times until the rinse was less dangerous and brown. Once dry, the carpet felt amazing and soft.

I'm wondering if the knocking sound might be the murder weapon from the crime scene in your interior?

What oil filter is/was on it?

HELP - 97 New rebuild, stumbles when I give it gas