Visit site
Has anyone posted a detailed installation thread?

I know major issues are the hazards and turn lights.

Visit site
That harness is very generic and only provides power to the circuits. You will need to reuse your existing harness to control each circuit (such as lights, turn signals, wipers, etc.).

you're better off rebuilding a stock harness. My Painless experience was somewhere between a headache, and a nightmare.

Location
in my little world

Visit site
i did mine in about 3 days. not to bad. i just used the stock turn signals and brought a new headlight switch and wiper switch gernic kind worked fine.

Visit site
It would be awesome if I could restore the original but the PO... POed it too much with his "crafty" radio install... (see my restore thread and look at his indecisive perforations to the dash...) Lots of things don't work, and wasp nest and rodent damage... so I invested in the Painless hence my need.

Visit site
I used the painless harness on my rig and found it pretty easy. I have never done wiring before and just took my time and read and re-read the instructions. If I had to do again, I'd buy another painless harness.

Visit site
I wonder if the guys going with an SBC found it easier versus the ones that went with a 2F and stock gauges.

I having never done a full harness swap thought it was alil daunting at first but just took my time and double checked everything!

Hazard switch and Head light switch were def. a pain. Actually needed some help on that but after it was all straightened out it made sense to me. Just alot to think about when it comes to having 2010 wiring with 1960's switches. All in all, it turned out great and I would do it again. PM me if you want some schmatics...every little bit of info helps.CHEERS


I did forget to add that I do have a SBC which probably made my install easier.

I've got a painless on two of my rigs, both early (pre '65), both aftermarket (GM) steering colums with aftermarket gauges, and both GM-fuel injected motors and the kits were very simple to install.

That being said, if I had a stock landcruiser I would definitely NOT opt for a painless wiring kit.

Visit site
Thanks for your posts and comments, I am keeping my F 1.5 engine no SBC.

Pistorman said:
Thanks for your posts and comments, I am keeping my F 1.5 engine no SBC.
Click to expand...


The 1.5F is the least of your concerns. I swapped my 1.5F for a 350 and the wiring conversion was easy... The hardest part will be the external voltage regulator. The wiring for external regulator isn't that hard... I managed to wire a Landcruiser alternator into a 71 Triumph Gt6. (The Lucas electronics didn't quite know what to think.)

I've yet to rip out my stock wiring... The aftermarket harness is still in a box.
M

Visit site
I used American Autowire Highway 15 on my SBC w/ GM steering column. More expensive that the painless but I found it to be a high quality product.

yes, the hazard, blinker, brake circuits will need to be reconstructed according to the OEM diagram if you have OEM switches


It's a generic harness that's really meant for the casual hobbyist with a USDM V8 of some sort. it has compatibility issues with externally-regulated alts, and you need to cross-reference your Toyota wiring diagrams to figure out where to graft in things like wiper harness, horn harness, and the backup light switch on the tranny, which gets interesting considering the whole positive switched/negative switched issue.

Some other complaints I have are: For an expesive buy, it's a cheap product, and they way they want you to make connections is incredibly shabby, and can fail easily. I ended up going way overkill on it (especially the alt) and tinning the ends, soldering, and crimping the connections, and sealing in two-to-three layers of heat-shink tubing, just because I didn't trust their out-of-box connections.

I found it to be too generic, to the point of being confusing. The diagrams would read with the wire number, and correlating part number by make; Ford/Chev/Mopar/International. There was no Toyota diagram, or reference, even though it listed the Land Cruiser as a possible victim.

It has way more crap on it than any sane 40 driver would need. I ended up tearing the harness apart, and removing wiring for a 4WD light, the AC junk, and volt meter, grafting an amp meter connection in, power to the fuel pump, turning the clock and radio-power into an in-dash mini-harness, and I still couldn't get the heater to work right. Finally the project died, and I ended up just cannibalizing the Painless for its wires.

fieldsken1 said:
i did mine in about 3 days. not to bad. i just used the stock turn signals and brought a new headlight switch and wiper switch gernic kind worked fine.
Click to expand...

where did you get the wiper switch. i check AZ and they had no generic type.. also what does it look ... thanks

Visit site
I'm reading this and scratching my head a little bit. I have a new AutoWire Hwy 15 harness kit sitting on the table. I went this route after reading many blogs comparing one kit to another. This kit does include a new headlight switch, ignition, high beam switches as well. I' confused about the comment regarding the back up light and positive vs negative signals. However, I have a new Toyota ignition switch and it is very similar to the generic in the kit. I will certainly use the new high beam switch. My windshield wiper switch is real easy, it has one windshield wiper and the switch is on the motor I will document what I do so you can see. I am anal about wiring as the fellow above noted, I hate crimped only connections and the first thing I did was take the plastic covers off of the spades, bullets and ring terminals. Usually these can be re-used, just use a pin punch and knock them off. That way you can tin the ends of the wire(s), slip shrink wrap onto the wire, then the plastic piece, crimp and solder the connection and then slide the plastic cover back over the connection and shrink wrap at the butt to wire. Taking time is the key. If you search for "aftermarket gauge wiring" you will see why many people (myself included) curse the previous owner for creating a rat's nest that clearly even he didn't understand.

Visit site
The generic Painless kit is a decent match for an early FJ40. It will have all of the needed wires. The problem is that none of it is plug compatible with the Toyota stuff, so you will need to do a lot of crimping or soldering connectors to plug it in to existing devices. As long as you are good at reading schematic diagrams and go one circuit at a time, it shouldn't be too much work.

If you had a GM steering column, it would save you from doing about 12 custom connections in the column for the lights, turns and ignitions switch, because painless makes a GM compatible plug and play harness for the GM column.

When I did mine back in '04, I made a to scale mock up of the firewall and dash with the top open so i could run my wires and grounds to the switches properly. I also bought a few 8 and 6 pin connectors so I could disconnect at the firewall from the engine and rear harnesses. More work, but waaaay worth it.

Take your time and think through what upgrades you may want (USB power, locker switches, rock lights etc...) so you can run wire for them. ToolsRus on here showed a great way to make 3 way connections, which is handy so you can have a ground trunk with branches to the switches. This keeps your harness from getting too bulky.

I could probably do a little more cleanup with regards to some wire lengths, however, I don't think it would demonstrably change the picture. I agree with using 6 &/or 8 pin plugs to separate harnesses, makes it a lot easier in my opinion. 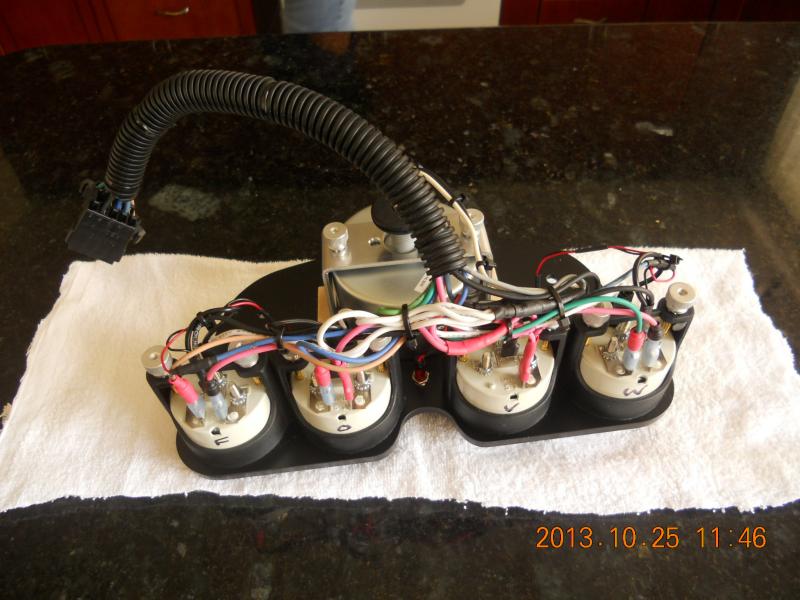 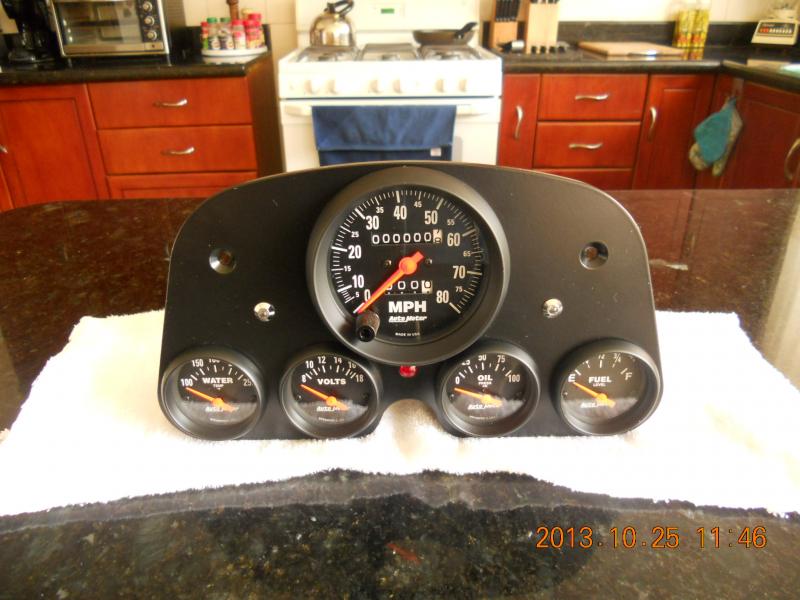