I bought a RX300 yesterday

, while at a collision shop for a 1-inch pushed-in-on-driver-side bumper (these things are built like tanks) after the Mercedes dealer car-runner collided it into a brand-new E-class on their lot yeah, that E-class front was major toast 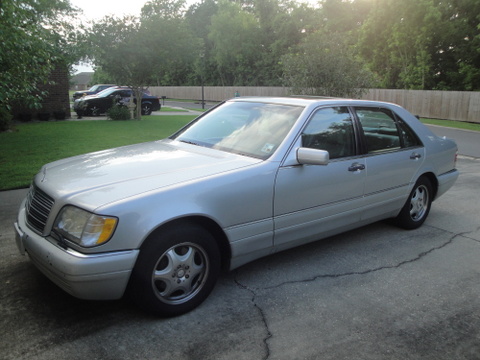 I had brought the Benz to the dealer for diagnosis on an occasional limp mode (not even the CEL was on), and they gave me a poison-pill repair estimate with a part having to come from Germany (6 weeks shipping estimate . . . yeah, right, poison pill ) - all for what the interwebs say is very likely just low tranny fluid (not accessible to the mere mortal, requires special tester) or a deteriorated $15 electrical connector (which is what the P0715 code indicated that the dealer finally managed to pull after 4 days in their shop - the car was so new to us I hadn't gotten to around to an OBDII reader yet when the limp mode started), so I requested the vehicle back over the weekend "to think about what to do" (which is when their car runner swiped the display car, while I and the exchange student we bought the car for were watching him bring the car to the customer hand-off canopy ) - when I specifically asked, they wouldn't even agree to check the tranny fluid - but then they immediately offered to pay for the entire bumper repair at their preferred shop - which was then promptly flooded two days later

[funny story from the flooded collision shop: they received the damaged E-class the next day - after the flood, that car wouldn't even start no matter what they tried

--- however, when they were allowed back onto their premises by the authorities two days after the flooding (National Guard in authority), they found that another late-model Mercedes had decided to start itself in the water, happily fumigating the entire shop for who knows how long already they couldn't stop it at all until they pulled the fuel pump fuse, WTF

--- our Benz started right up, with the previously only intermittently working driver side exterior mirror motor now working continuously

- sadly, when I saw that I knew it had to be totaled

; also, the spare tire location in the trunk had turned into a holding bowl for multiple gallons of water - Michael went back today to pick up the license plate and some CDs in it, exactly a week after the flood, and the car still showed no signs of drying up inside - Louisiana

considering the less than satisfactory experience with the Mercedes dealership service department, and there being only one MB dealer in Baton Rouge (and according to an MB enthusiast no good independent MB wrenches, either), we decided against further interactions with them on future cars

166K, AWD, bronze, two-owner, two dings, a broken antenna, cracked plastic on the engine cover, a small seam crack in the driver seat leather, dislodged hood pull barrel and deteriorating aftermarket accessory window tint - yet, has more cupholders than any vehicle we have ever owned

- EDIT: forgot to mention, this is a no-D-club member, too

Michael will drive it back to Louisiana over the weekend 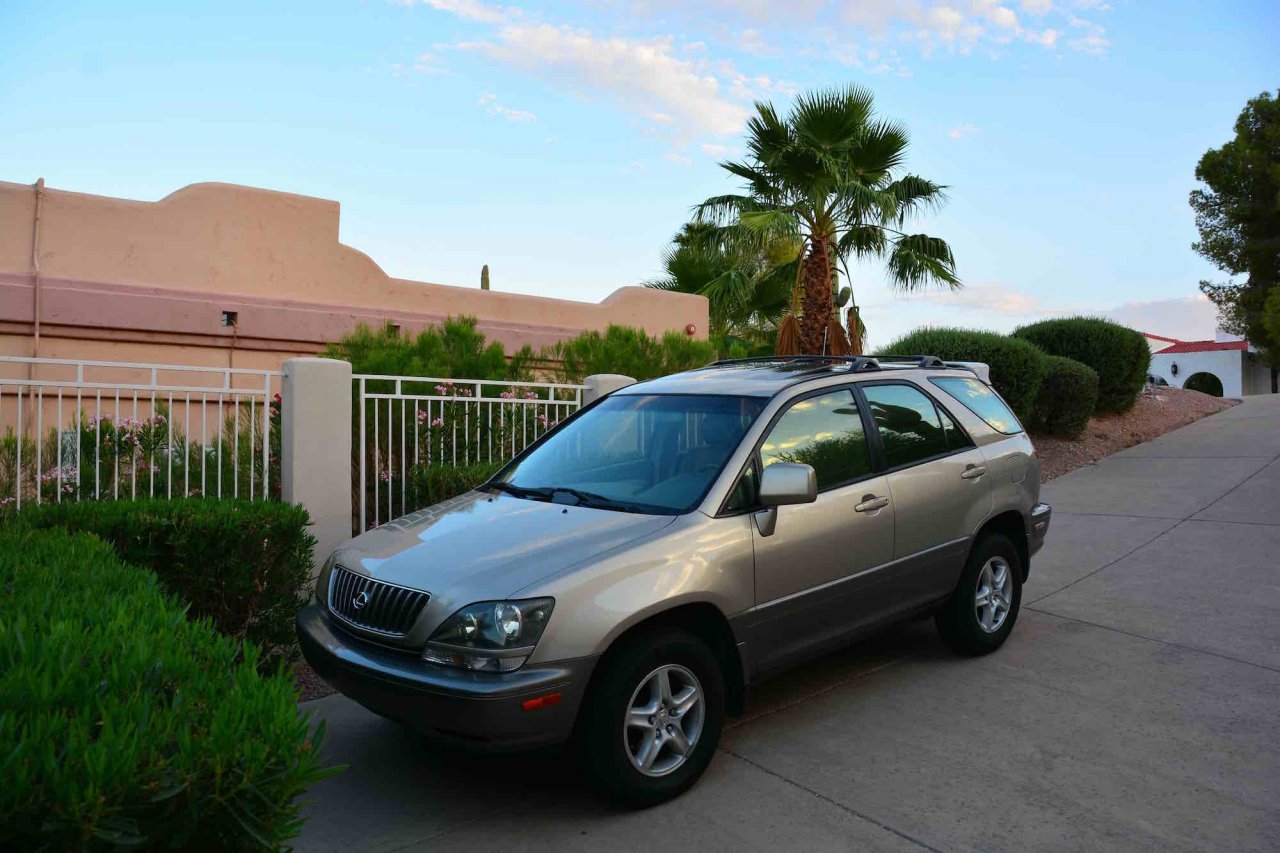 Sorry to hear about your loss. Should be plenty happy with the Lexy. Probably going to see hundreds of flood cars in the salvage/auctions in the coming months. So sad to see the destruction, I know what it feels like.
Maru: 4.30 gears/factory locker, Tundra suspension/brakes, tour flex rear springs, 35x12.50 Falken Wildpeak MT on BBS 20x9 wheels, White Knuckle sliders, Prinsu rack, On board air, fridge, Clearview towing mirrors
Copper State Cruisers #338, KI7NEN

Sadder still is all the flood damage cars that didn't have full coverage that will be sold with no history on CarFax of the damage. I would avoid buying car that showed it registered in that area of the country in 2016.

I drove a 5-cylinder-5-speed VW Combi Passat in the late 80s in Germany - all the car you'd ever want as far as size and hauling capacity goes, and still plenty fast on the autobahn; a real sleeper

- the engine was also in some Audis

funny enough: Audis in Germany for the longest time were considered boring cars, being driven by teachers and other such government employees - Walter Röhrl Walter Röhrl - Wikipedia, the free encyclopedia did a lot in making Audi acceptable to the car enthusiast

[trip report: 3 siblings - my brother, my sister and I - each with spouse/SO - vehicles: recent year BMW corporate SUV, 1994 Mercedes E320 cabrio and a Volvo station wagon that I don't know the vintage of]

just this June, I drove my mother's old Mercedes cabrio (now my brother's that he lent me for the trip) up to 120 mph on the Autobahn with pedal to spare - en route to a weeklong trip through the Alps, encompassing parts of Germany, Austria, Italy and Switzerland

the most memorable driving going over 9000 feet altitude - all 48 turns up Stelvio Pass - Wikipedia, the free encyclopedia on the same day they held a kids-cancer benefit bicycle race, and the "wacko car rally", and a British classic car rally, and the Fiat vintage 500 run (I still can't believe those putt-putts made it up there), and some other vehicle "must run" events we could't all keep track of (the pass is open for a short time each summer only, so all the clubs cram into just a few weekends), mind you some random motosickles thrown in, and the road not being two cars wide in may spots - needless to say, there were hairy situations - really, it's a MUST-DO experience

- and not only 48 turns up, but at least 25 turns down the other side - pictures don't convey how steep the mountainside drop-offs really are

(parts of the turn-arounds are actually built extruding from the hillside ) - imagine this: when open in summertime, they even run a public transport bus service up there - we 'only' encountered the British tourist mega-busses, obstacles nonetheless) 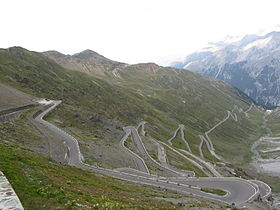 and if you want to complete the experience, just keep on going right over to Gavia Pass - no longer 2 cars wide, Italian-style road surfacing with many "unseen" cracks and potholes

- much driving fun was had

while the passenger was mostly assuming the posture - sorry, didn't get a pic of the faces

we were on our way to this event: The Floating Piers - Wikipedia, the free encyclopedia so that we could "walk on water" 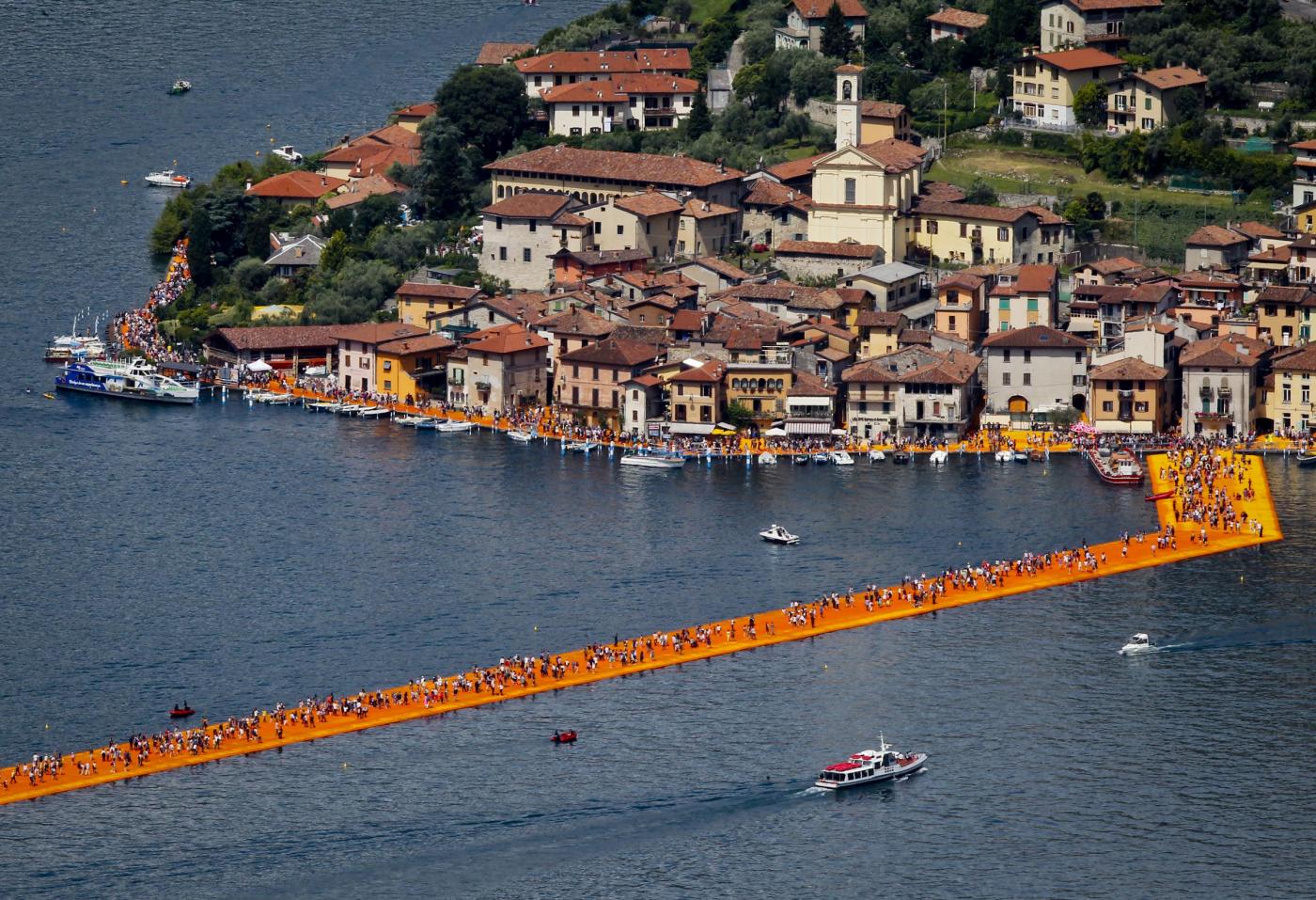 on a more serious note:

now that I have typed all of this:

[that's an insider joke: when we were searching for the Benz, we happened upon a used car dealer repeatedly posting in the "by owner" section of craigslist, noticing that there were several ads that oddly all had the wording "no problems at all" somewhere in the vehicle description

after we installed the new belt everything was fine for a day, then an CEL appeared
Click to expand...

after we installed the new belt everything was fine for a day, then an CEL appeared
Click to expand...

TexAZ said:
Hey, a CEL isn't bad. My wife's ferd escape (es-cap-e) threw the belt. it got pulled into the timing belt and destroyed the cam phasers.
$2500 belt replacement. Never owning another ford. (unless its over 40 yrs old. )
Click to expand...

We're the belts changed on schedule?

In our case, it was 2105, the car was a 2013 with 52K miles on it. original ford belt. something caused it to come off the pulleys.
Ford didn't care what caused it, they just kept saying "the causal factor in the engine damage was the drive belt, that is a wearable part, and it is not covered under the drivetrain warranty or the extended service plan."
Maru: 4.30 gears/factory locker, Tundra suspension/brakes, tour flex rear springs, 35x12.50 Falken Wildpeak MT on BBS 20x9 wheels, White Knuckle sliders, Prinsu rack, On board air, fridge, Clearview towing mirrors
Copper State Cruisers #338, KI7NEN

Get tires tailored to the Mercedes-Benz you love and trust. We’ll give you $150 off a set of four or $75 off two.*

This special offer runs September 1st – October 31st, 2018 and is only available at your Mercedes-Benz dealer.

, now the visitor car
You must log in or register to reply here.

Events/Trails Anybody interested in wheeling this weekend ? preferably on Sunday