Kind of a lame question, but is it a BAD idea to pull seat belts from PnP? Is there any safety issues that Im not considering?
Checked on a set from Slummit...they were pretty pricy, and the quality was NOT all that great. Found a set form JC whitney as well that was a better price...could do those...
However, REAL manufacturers have TESTED their seat belts, so...

4 and 5 points are pretty much out. I like the idea, but I KNOW that I wont use em as they are intended. Im gonna be reaching for shifters, getting in and out of the rig to spot or stack rocks etc...Ill be more apt to get lazy so then...whats the point.

If it works why not?

The cars at P&P are pretty old.

Maybe hit a regular junk yard and price belts from a newer rig?

X2 on a newer car. At least something from the 90s on up. As long as they lock up and the belts aren't frayed, I don't see a problem. One thing to consider is sun damage also, especially from say a Jeep that runs topless.

I put my kids in Jeep seatbelts that have been transfered to my Land Cruiser and sleep easy at night. Besides, I think the mounting is more important. Seatbelts are one thing that are over engineered in cars (can you say liablity for the car manufactureres if one failed?). I'm a firefighter and I've been on a LOT of wrecks. I have never seen the seatbelt itself fail.

Just pull them from a car with front end damage, but no blood on the dash. That way you know they work.

As a firefighter too, I've seen some really bad accidents. Off-roaders are usually injured with the **** that we carry not being strapped down or crushing injuries from grabbing the roll bar or sticking a leg or arm out trying keep the vehicle from rolling over. Sounds stupid, it happens

The seat belts are only as good as the attachments. I would use grade 8 bolts and nuts. Also, lock washers and very large fender washers or plating at the body attachments. 3 point belts at a minimum. 4 point for the kids riding in the back.

If you buy used belts, select a vehicle without bite marks and blood on the dash. Check the MUD classifieds for used belts. Something always comes up that you always can use.

i know you probably arnt just wanting to throw coin at the rig more than you aready have lol but why not get some 5 points for it? there i think 60 each at scummit?
F

As a firefighter too, I've seen some really bad accidents. Off-roaders are usually injured with the **** that we carry not being strapped down or crushing injuries from grabbing the roll bar or sticking a leg or arm out trying keep the vehicle from rolling over. Sounds stupid, it happens

I am ashamed to say that I did that during a roll. I watched my leg sticking out and imagined it being crushed like the door that I was watching fold in half. One hand on the wheel and the other reached down and grabbed my jeans and pulled my leg back inside. It was surreal, and as if my leg, arm, and head were all thinking or acting independently of each other.

I've got brand new belts for Texas now instead of that 1974 lapbelt. Also power steering, which would have saved me from that accident, although I never did roll all the way over.

amaurer said:
Just pull them from a car with front end damage, but no blood on the dash. That way you know they work.
Click to expand...

hey you said:
If you buy used belts, select a vehicle without bite marks and blood on the dash.
Click to expand...


I bought a rollbar and three point seat belts out of 79 FJ40. Been running them for over twenty-five years (83?) in my 68 FJ40. Riding off road they lock-up so I know they work. The funny thing is the 79 FJ40 had cracked windshield where the driver's head hit it. My thinking was just the opposite in I figured these were in good shape because they never got used. Sad but it's the truth. Also seeing what happened made be decide to buy the rollbar and seat belt for what could happen. Since I had picked up the doors earlier of this same vehicle I went back later and got the steering column to get the lock that matched the doors. The steering shaft seemed straight but the tube around it was bend. I still have it as a reminder. When my kids were little I installed a bronco seat in the back. I mount a piece of angle iron to the frame on both sides. I used this to attach the seat belts. Safety is one of these things you don't want to count on do overs.

The ones from JC Whitney were FOR a HEEP as a replacement.
The were about 70 for the set NOT including the HW.
I agree with the post above stating that the belt will only be as strong as the mount. That I think I can cover quite well. As a home builder, most of my stuff is waaaaaay over kill.
Not so much that Im trying to cheap out especially where safety for my WIFE (more than me) is concerned, but some of the 3 point systems ive looked at have been 400+ dollars. THAT is way more than I was anticipating.
In the same respect.... I COULD NOT imagine my life and how I could live with myself if something happened to my wife, in the rig that I BUILT because of the cheap seat belt I bought that failed. Maybe a little dramatic, but...This is the main reason why I would post a question like this, to get a general opinion on this.

I do appreciate the responses.

Seems that NEWER belts would be a better option, and I agree with this.
Im feeling a little leery about the JC heep ones because of the price. As attractive as it is, just dont want to cheap out either. The summit ones I looked at just seemed crappy. Donno how else to put it.

Poorboy...The 5 point would be too restrictive IMO. The shifters are down o the PS, and as loose as I would need them to be to access the shifters, id basically be wearing a lap belt which defets the purpose. The 3 point I feel would be SAFE and also allow the freedoms I need to wheel, get out and spot and stack rocks as needed etc.

Morning,
I found some nice retro looking three points ( non retracting) with the airplane style clip ( see photo) on e-bay for $48 a pair+ shipping. The seller is KHG.ITTT. Shiped on time and they fit great. 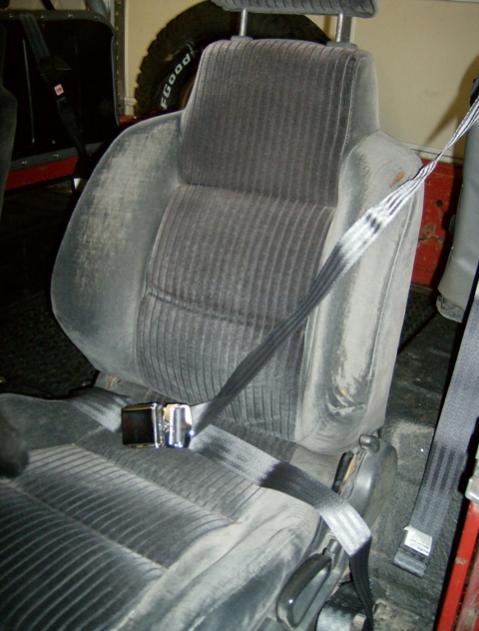 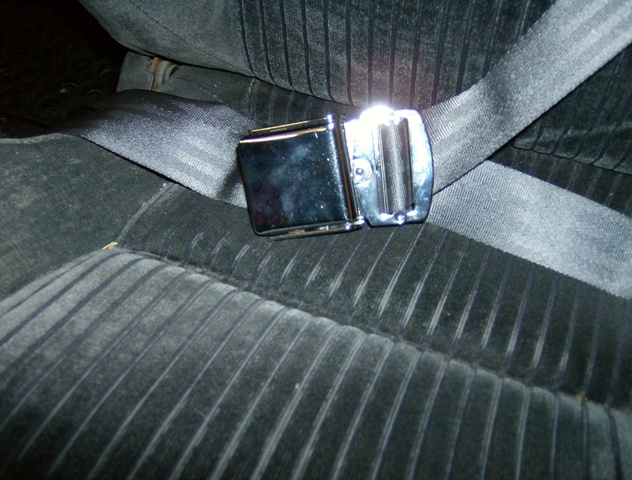 I picked a set of these up from cruiser corps:

Haven't mounted them up yet, still deciding on a roll cage, but they seem to be very high quality and reasonably priced and I figured seat belts are one place to definitely go new on replacements. Of course, in the meantime I'm still running the 40 year old lap belts!

If you need pictures, I can pull them out of the bag and get some shots for you. Cheers.

i just went this the kit from ccot- easy install seem to work great for 169 bucks brand new-
Click to expand...

That is a great option!!!!! Didn't even think to look there.
I think that is what I'm gonna do!!!

Thanks for the reminder of the community vendors. This build has gotten

Read this.
https://forum.ih8mud.com/hardcore-corner/303602-chicago-builds-40-a.html
If I know Chicago you'll be able to lift the truck with the seat belt mounts.

I bought my seat belts from seatbeltpro.com for less than $100 including new brackets - yes, I used even bigger than stock bolts and counterplates for the mounts
You must log in or register to reply here.

J
Anyone have the JT Outfitters disc conversion kit on their 40? How has it performed and will it fit stock Toyota welded 15 inch wheels?
2