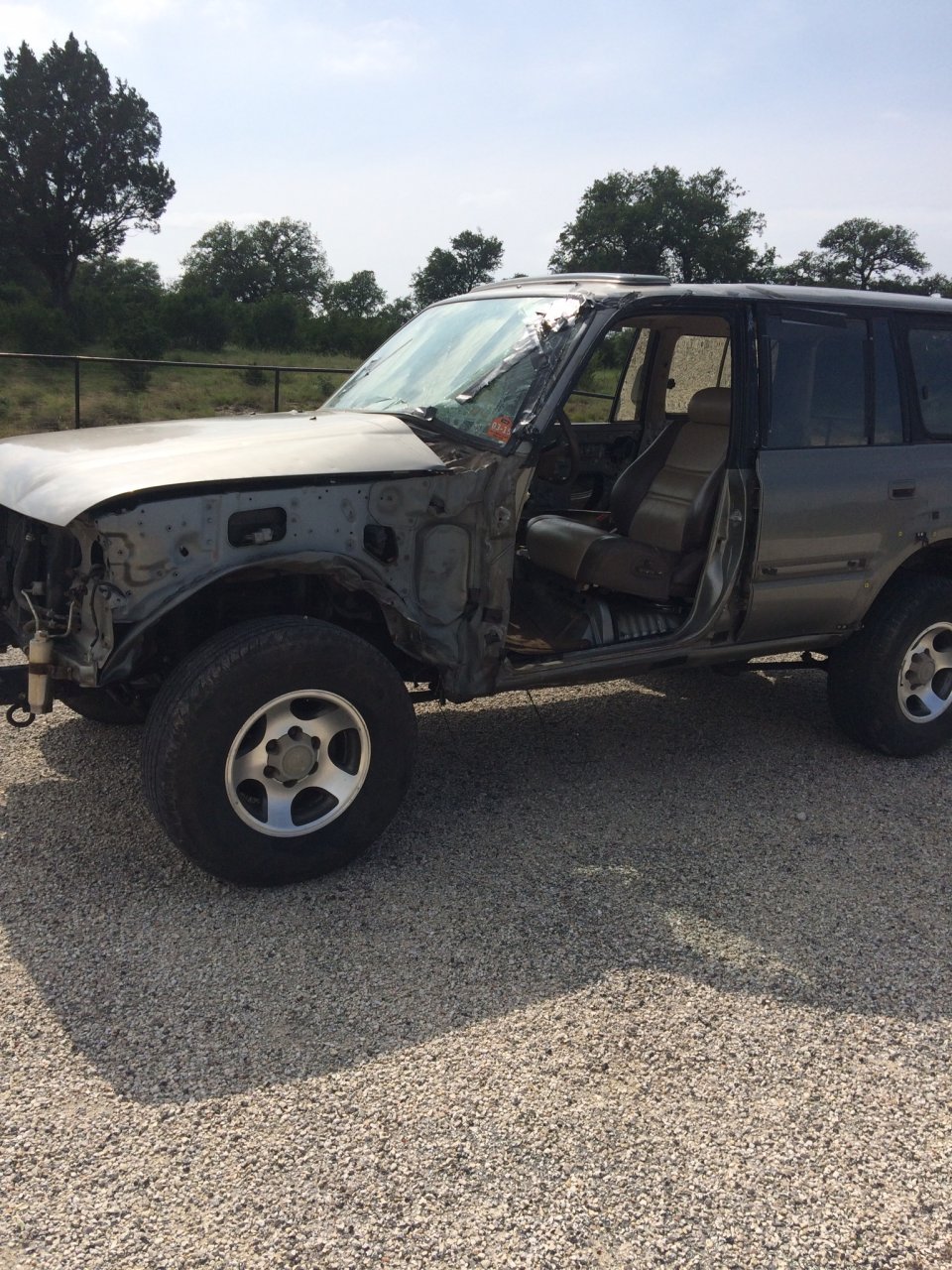 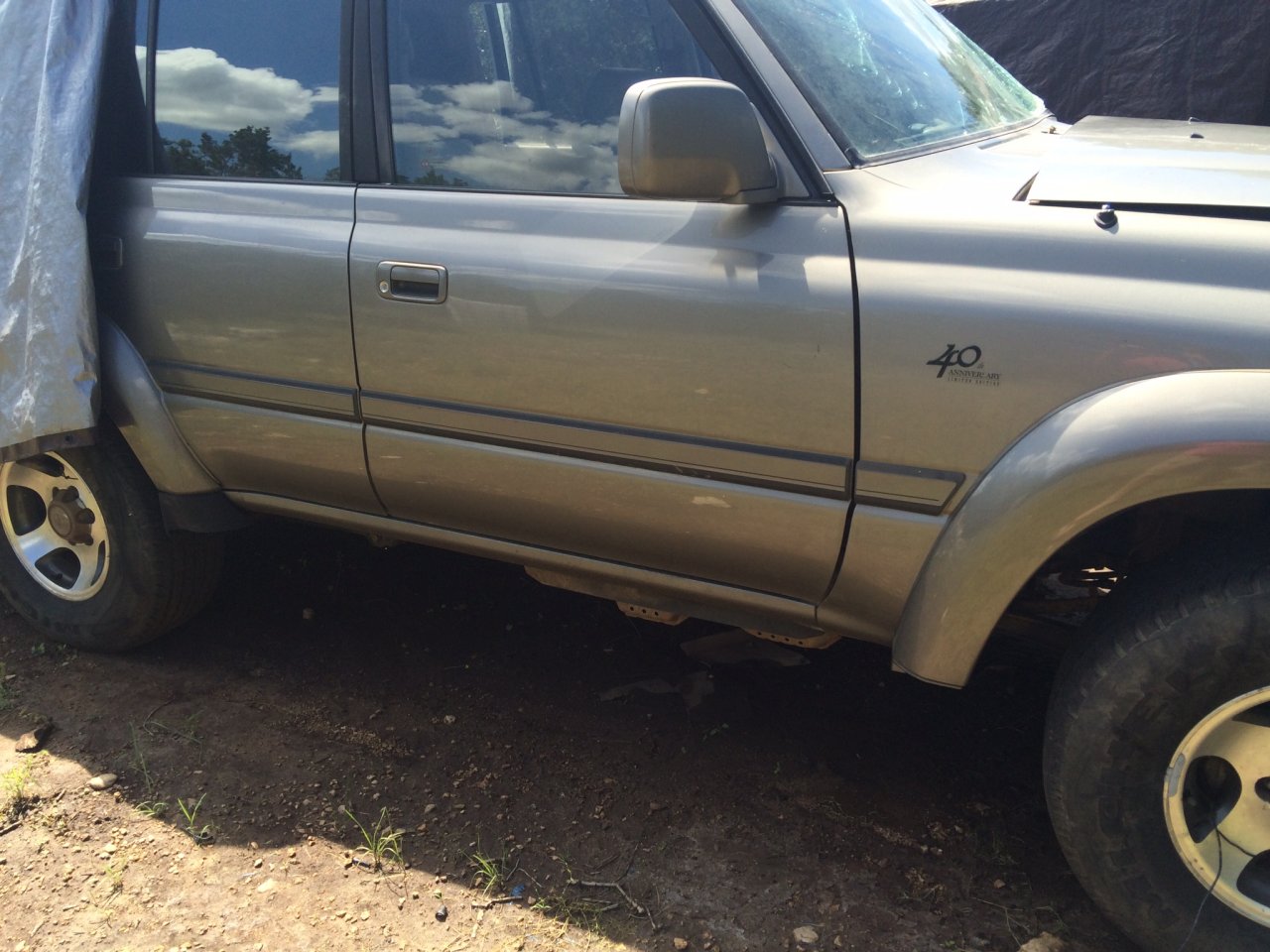 Might be a MUD record, been on MUD over 11 years I have owned over 38 4x4 Toyotas since 1990 ( 10 of which were Land Cruisers). I did a brief write up of my sons build but this is the first time I have ever posted one of my rigs.
Let me start by stating this build started in January of 2015 when I purchased a one family owned locked 40th with only 156k. The 80 was slid into a small tree on the drivers A pillar. I knew I wanted to do a 60 and began collecting parts to do a FJ60 body swap. in January of 2016 I came across a very late production (12/17/89) FJ62 body from dry west Texas and purchased it for my project.
The project has started to move along over the past few months. I pulled both bodies completed the frame modifications and most of the body mounts. The complete FZJ drivetrain will be retained (runs great with extensive service records) motor mounts needed to be moved back about 2 inches and the radiator is now in place. Hope to have the fuel tank and crossmember completed before years end.
The plan is Performace Products springs with Bilstien shocks running 34/75/17 tires. I will be using as much new OEM parts as I can find including new FJCruiser steelies. The 40th front seats will be covered in early 60s tan cloth to match the rear seat I purchased. Here are some pictures!
Last edited: Oct 18, 2018 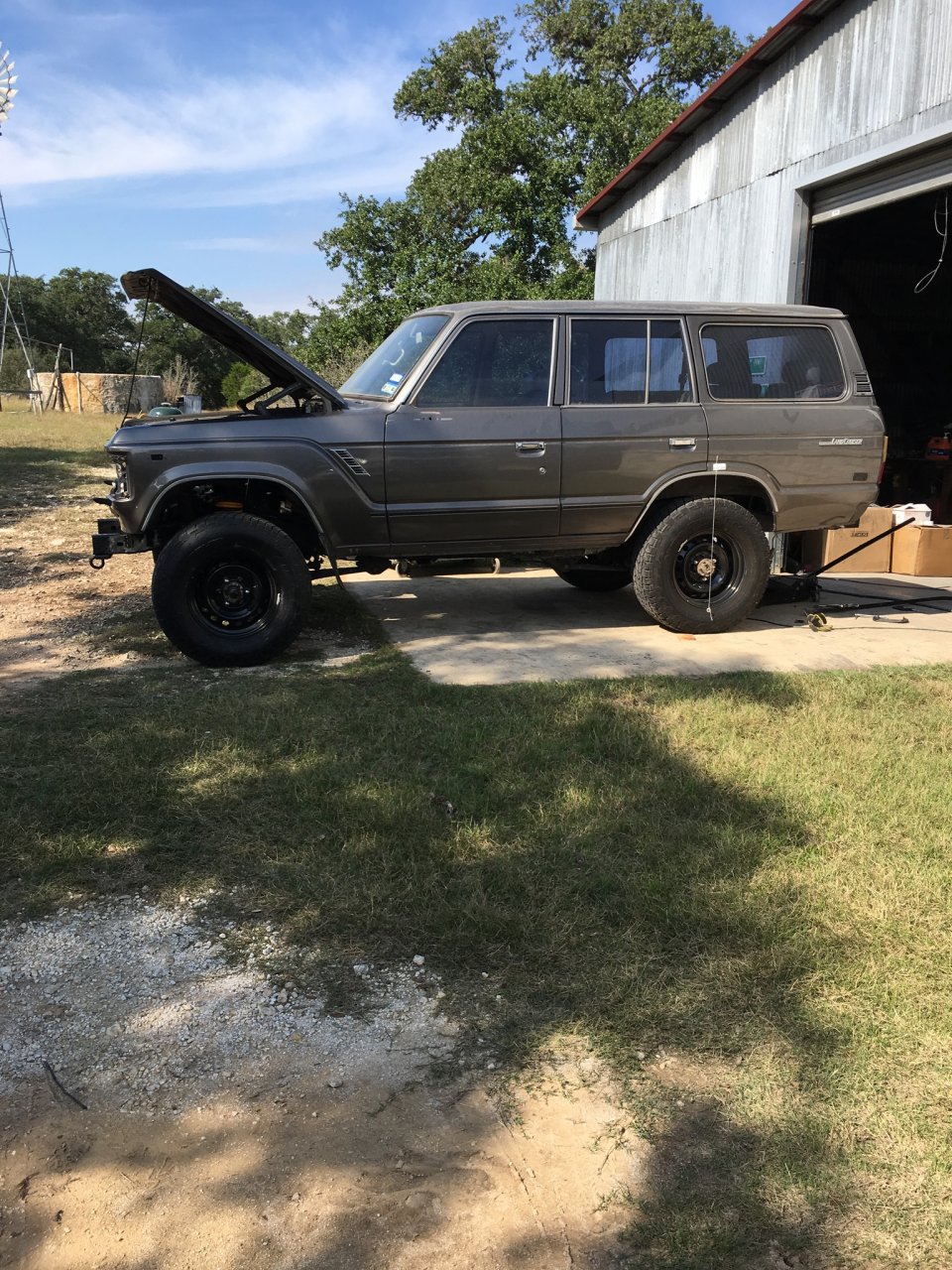 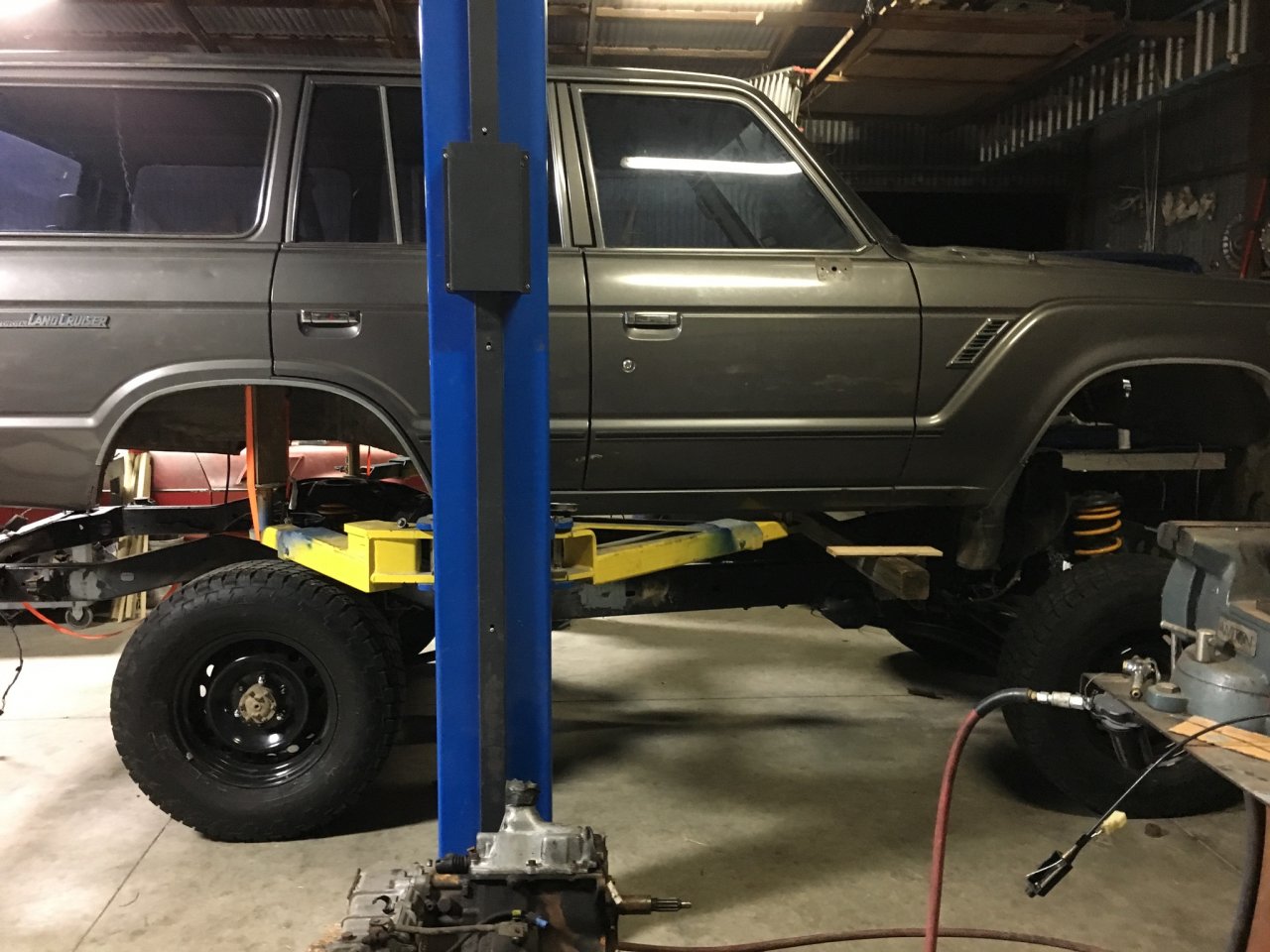 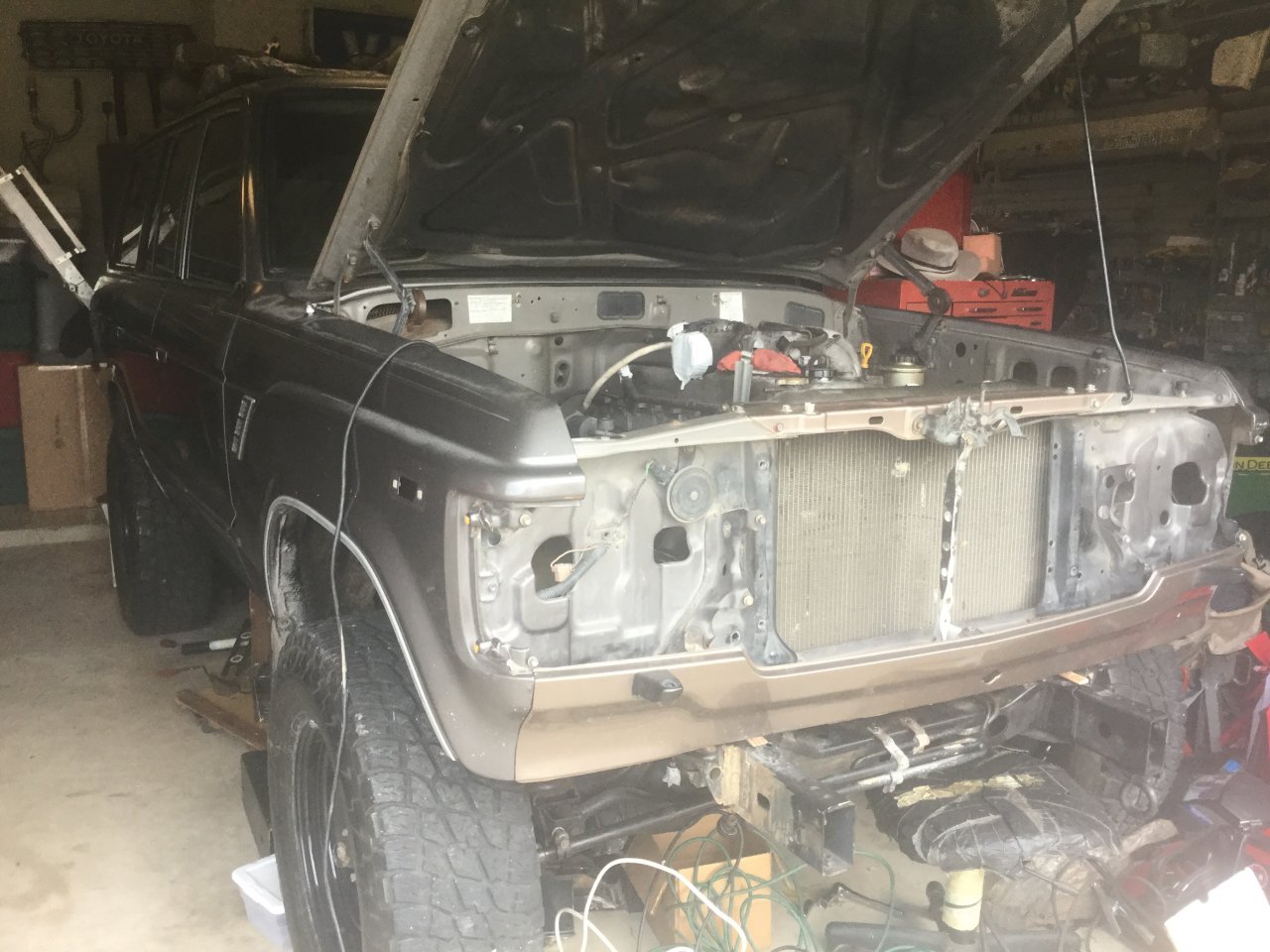 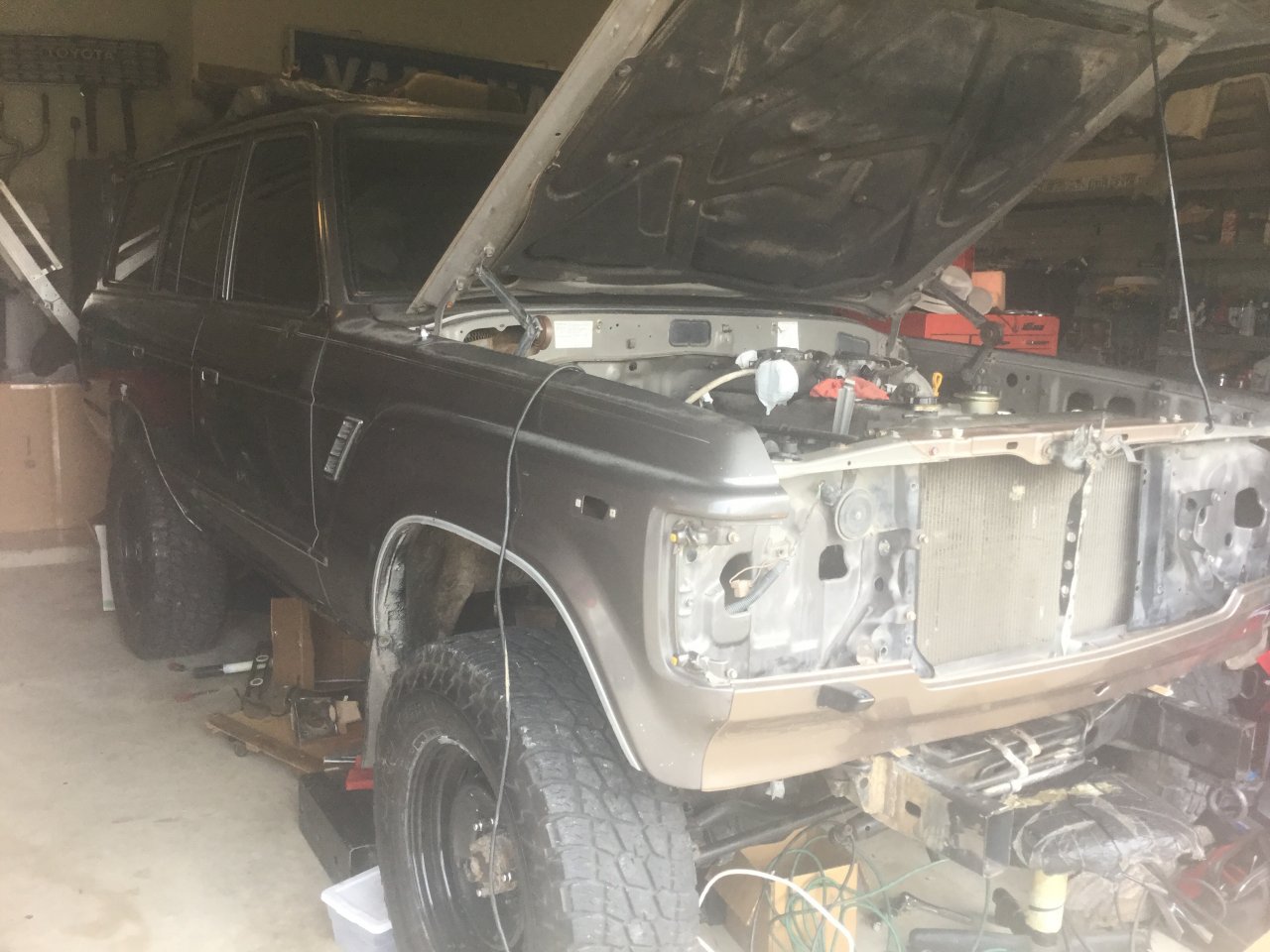 these are going to become more popular as the package is too cool to ignore. we all are going to want many more pics of the process. Good work! 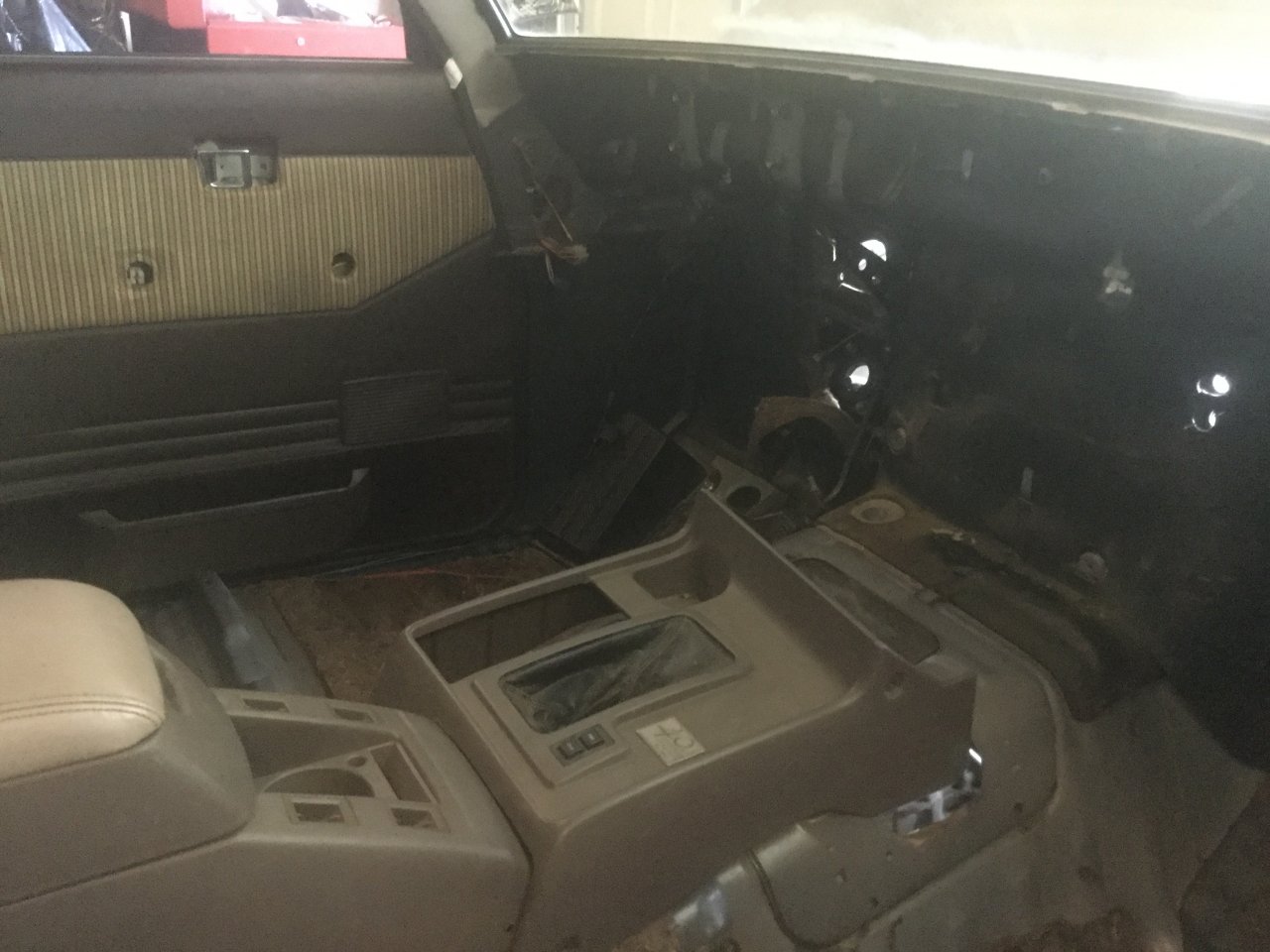 Last one for now

About freakin time Monroy . I can attest to how cool this build is as I've been fortunate enough to witness Jeffs creativeness with this job first hand.

Sweet build, looking forward to this. 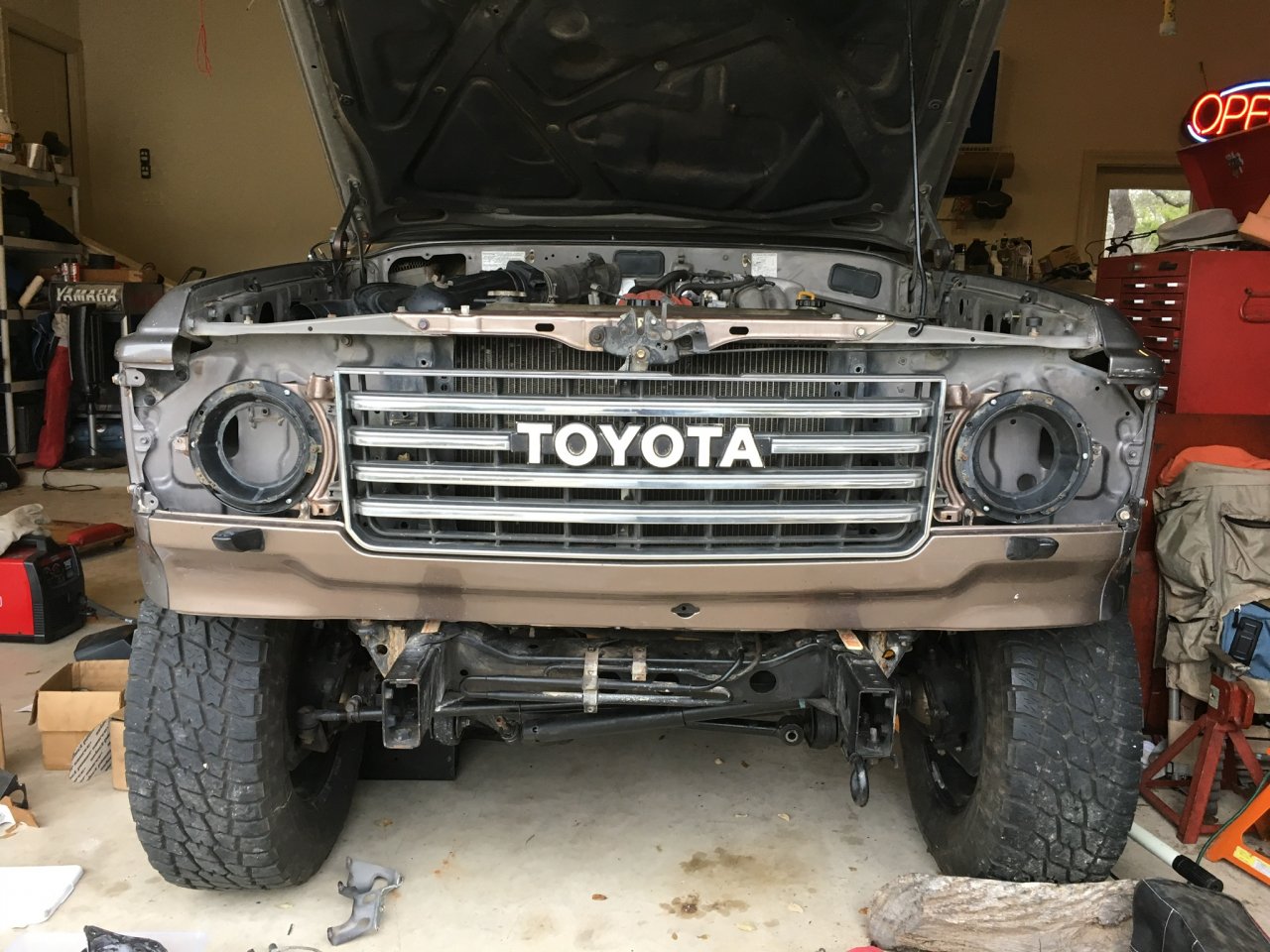 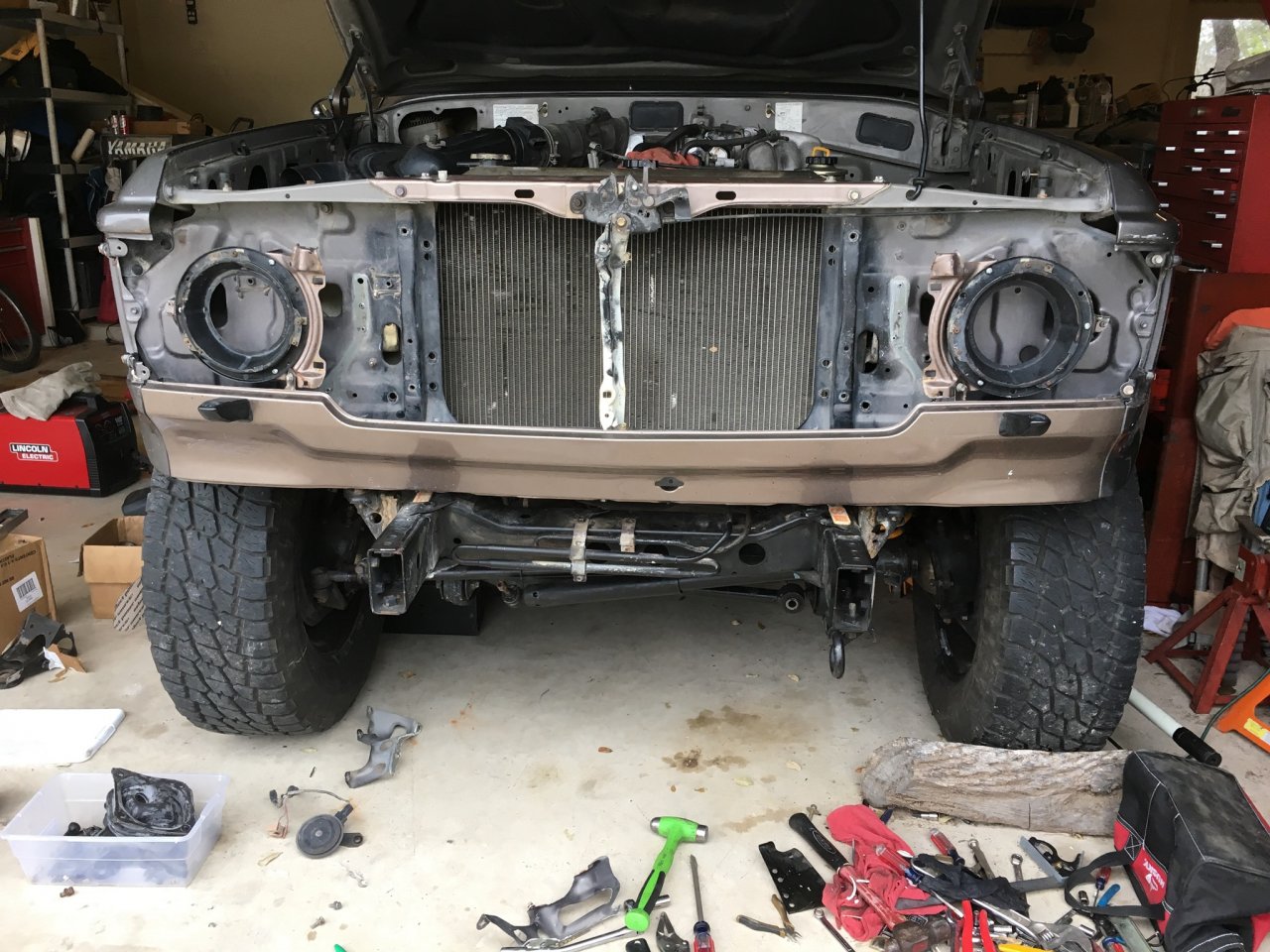 worked on my round headlight conversion today, I will be installing Trucklite LED headlights. Kept the 62 core support and spot welded the 60 brackets.
Last edited: Jan 1, 2017 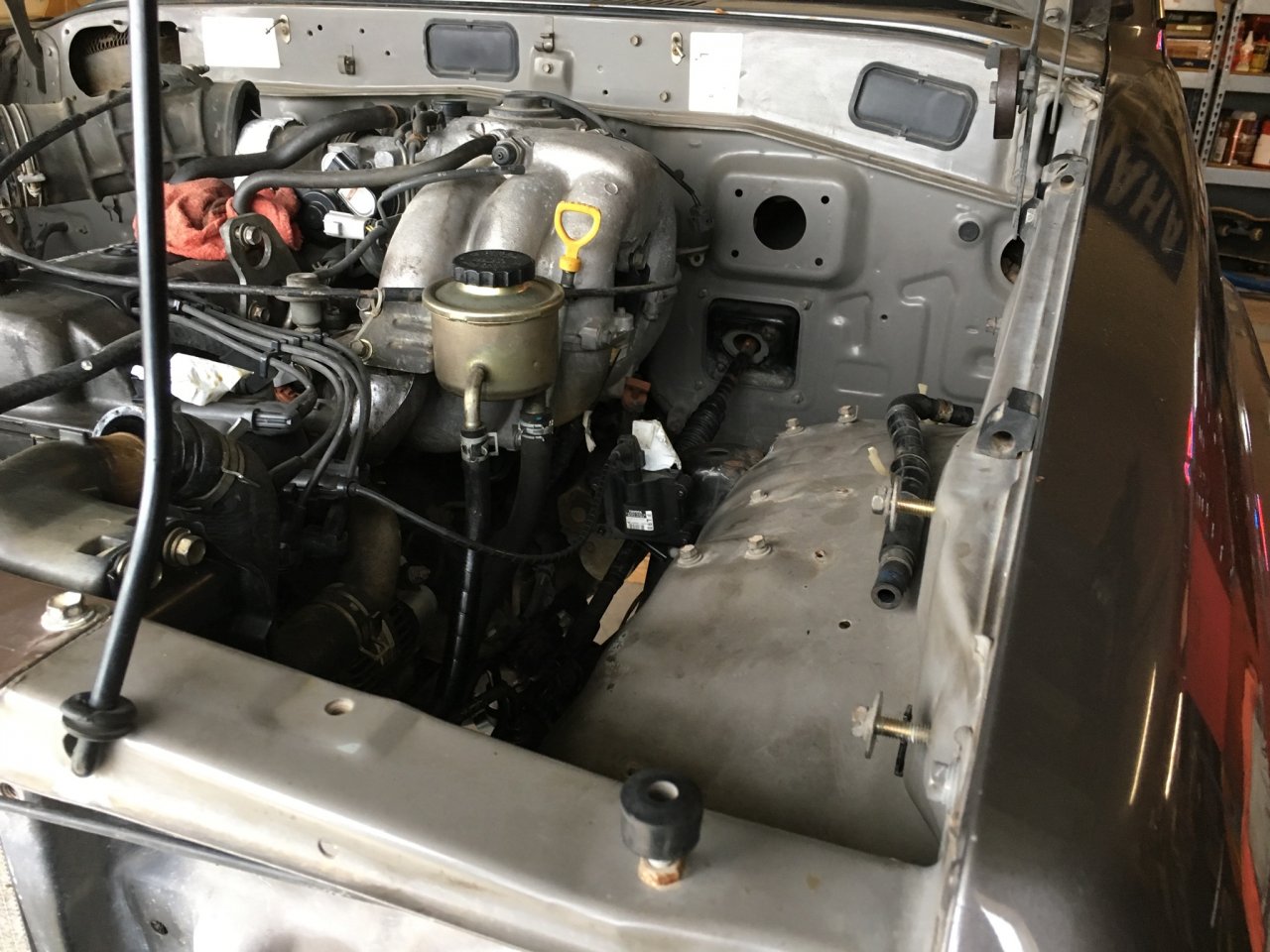 I also completed the trans crossmember and began building my custom battery tray.

About time someone did a swap like this. Even though I'm a diesel man, the 1FZ is a great motor and I would rather have one of them than a SBC. 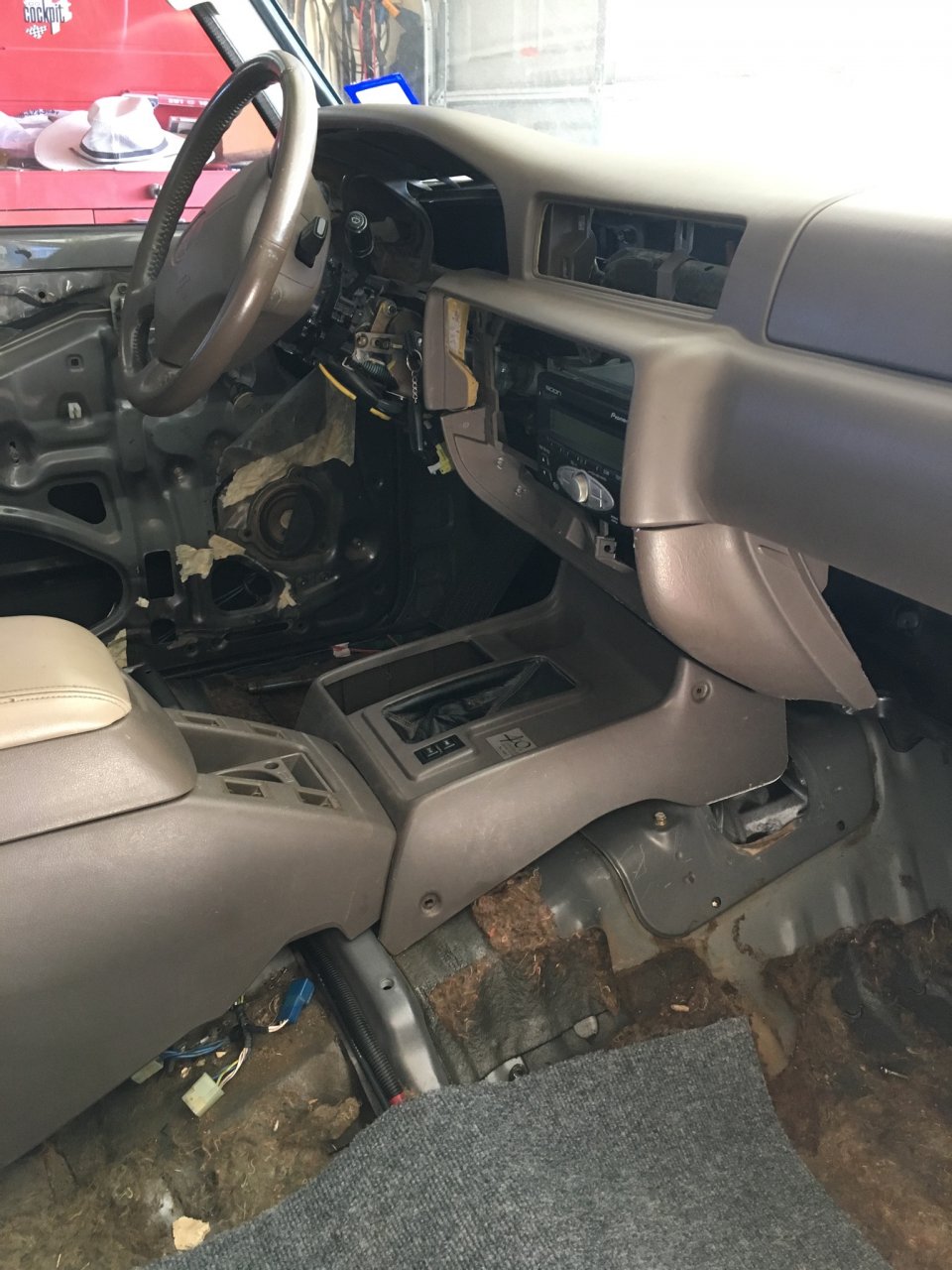 Built all my dash mounting brackets and hung my spare junk dash which I will use to fit everything. Once complete I will be installing a nice 80 dash. The goal is to get the entire rig fitted then blow it apart to paint the frame John Deer Blitz Black and paint the body beige. (464)
Last edited: Jan 15, 2017 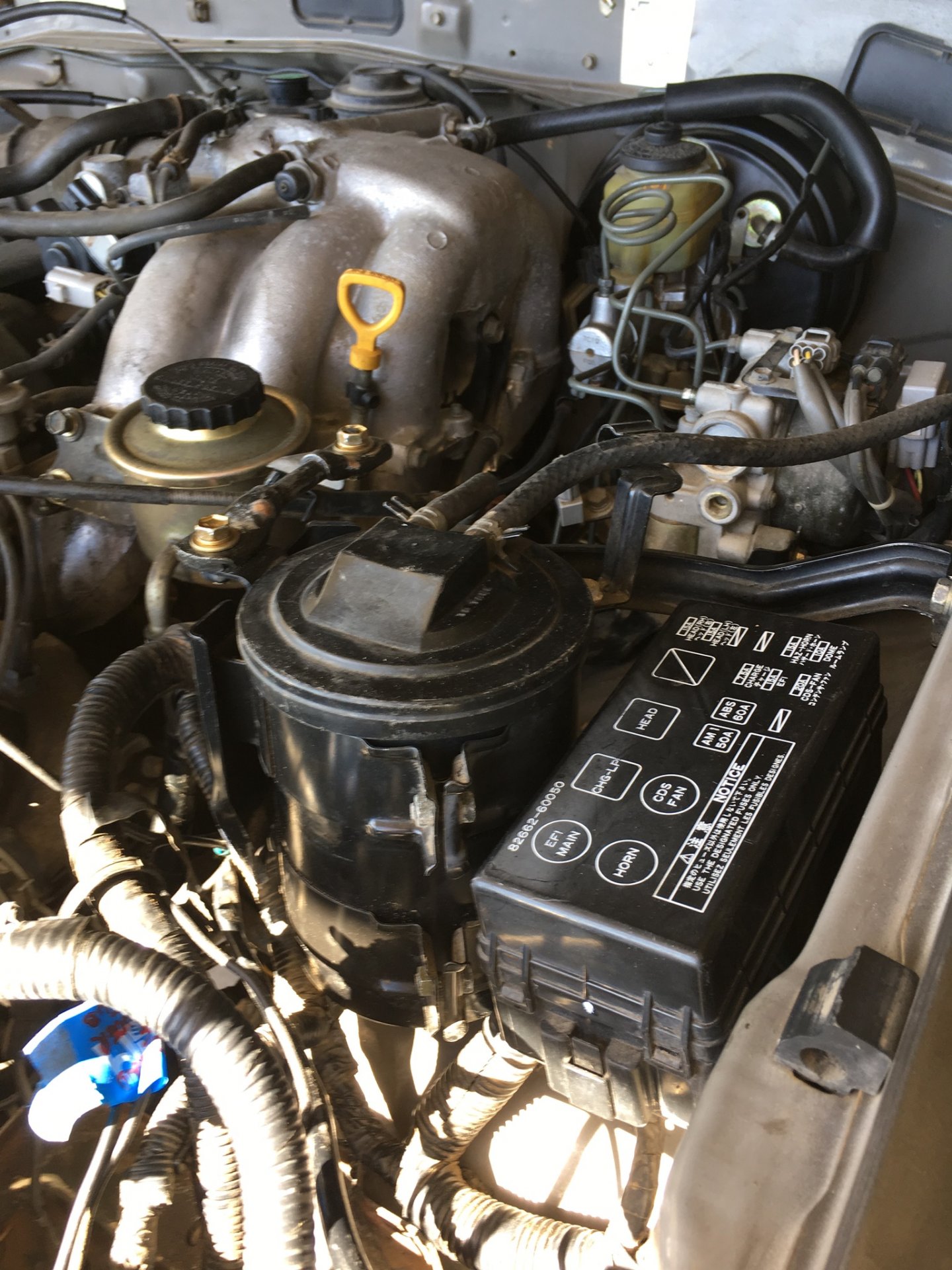 Quick update. Got the ABS System in with most of the brake lines. Charcoal canister is in, fuse box and Cruz control too. Purchased a new windshield washer bottle that should be here in the morning. You can't see it but the battery tray is also in place. Basically everything is in but some wiring and the AC system. I plan on pulling the AC system from the 80 this weekend. Sorry for the poor picture the evening sun is playing tricks makes thing look dirty.

I finally found your build thread Jeff! Not sure how I missed it. Very cool man. 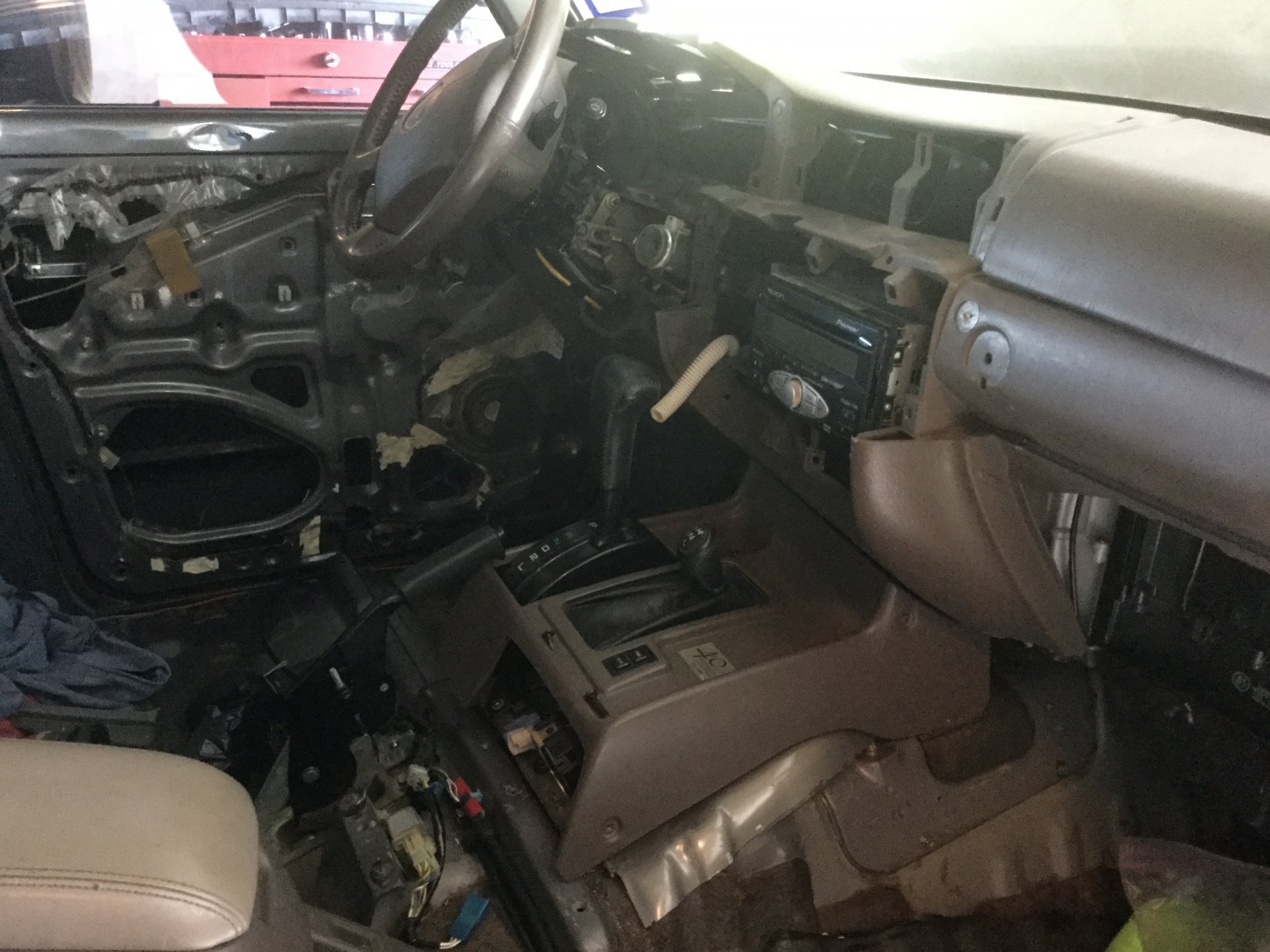 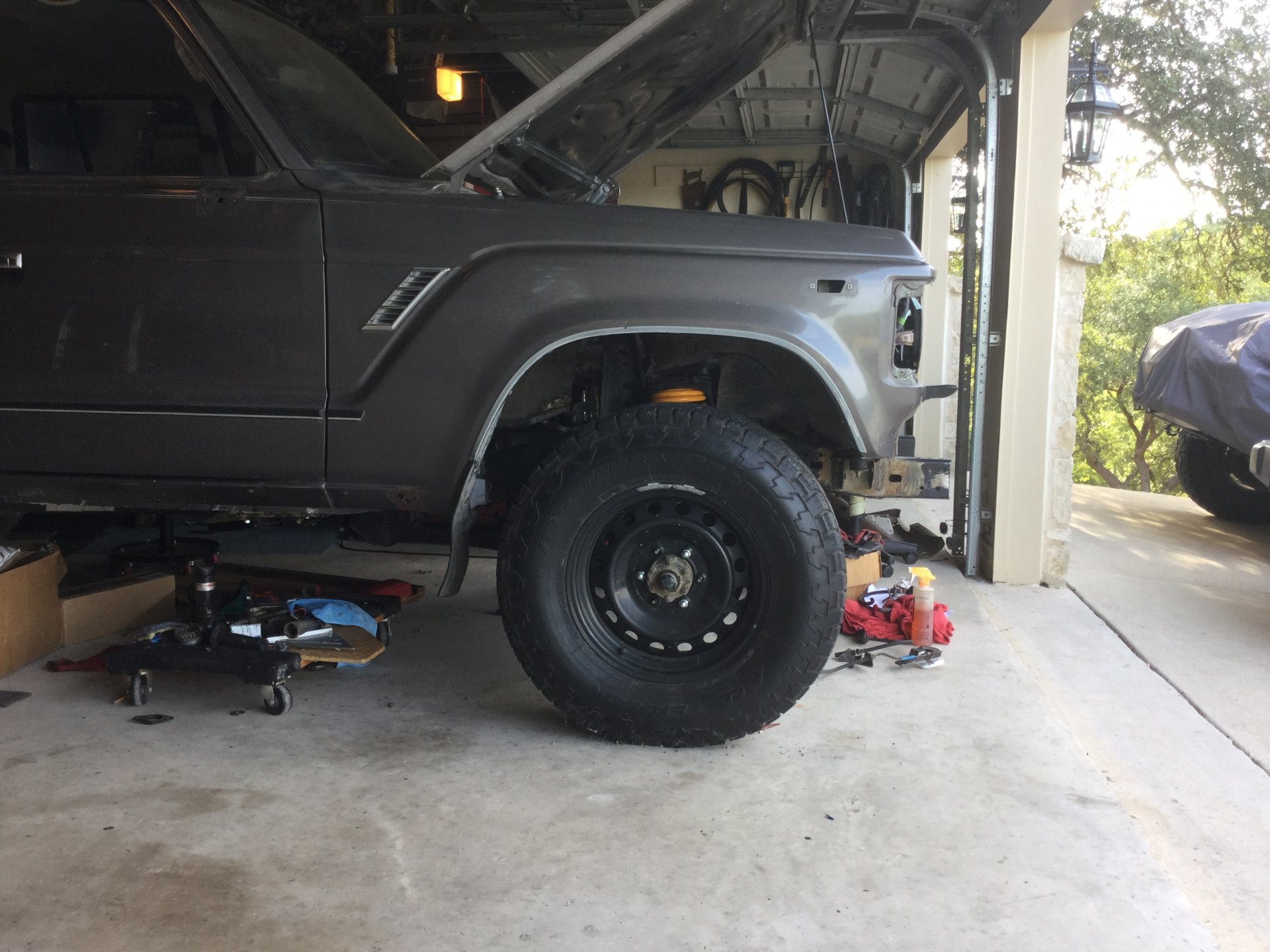 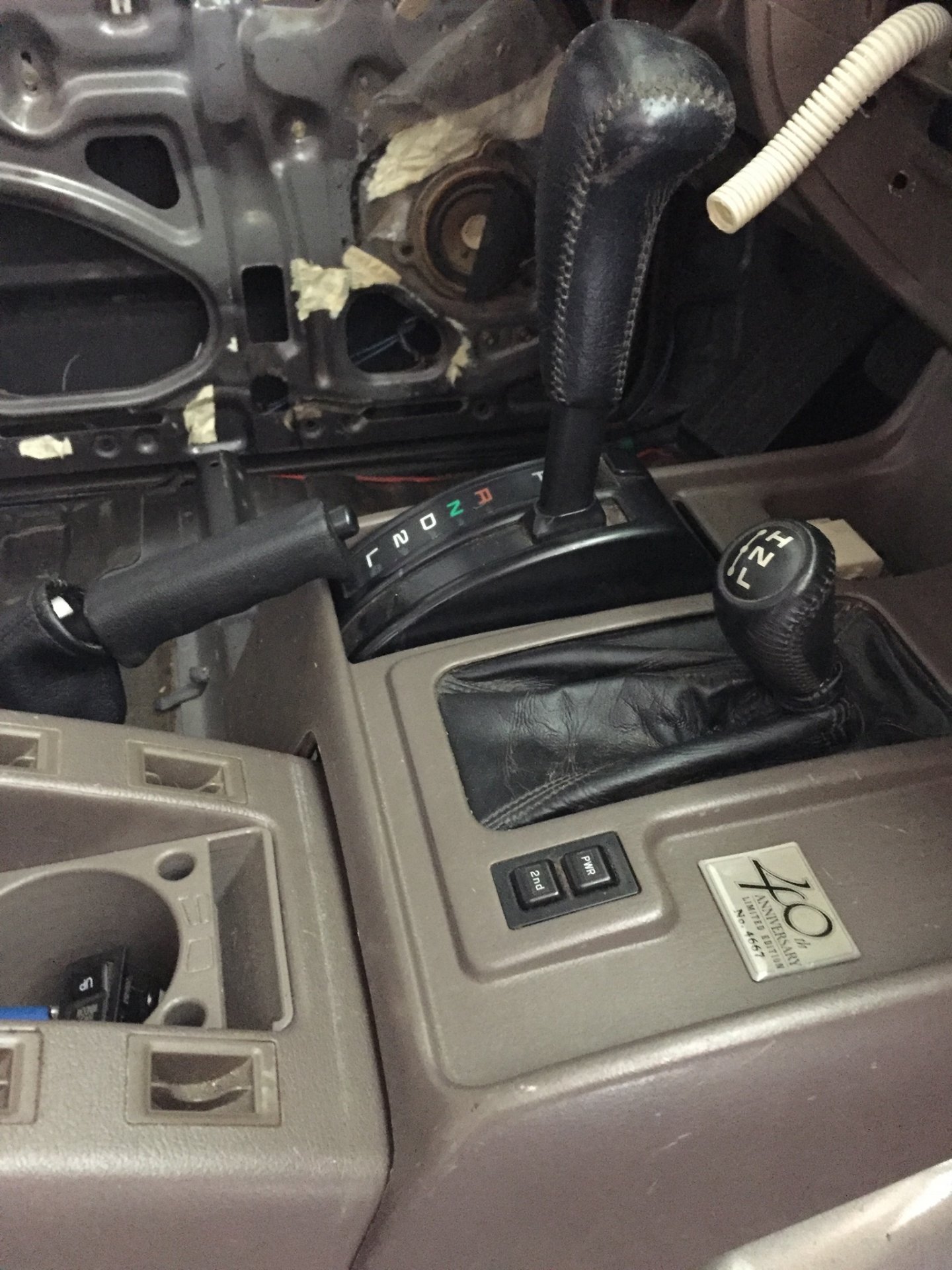 Been chipping away at this, just a quick update. Steering and AC are complete finished the shifters need to clean up the floor and design some center console brackets. been much too hot here in Texas taking a break next week at the SAS.