Just wanted to share some info from my tuffy console install, as it might be useful for others doing the same.

I pulled the old console.

The existing bolts were m3.

The front cup holder was in the lowest set of holes on the new tuffy console (level with the bottom).

I bolted the perf tube in the rear and middle set of holes(mine had 3 sets of Phillips bolts holding it in, not just two as I'd seen in photos.)

I then used an existing hole for the base of my alignment, the front passenger hole holding the support on the rear. This aligned nicely. I measured out 5" and drilled the next hole.

I inserted 2 m8 rivnuts in the perf tube as shown. 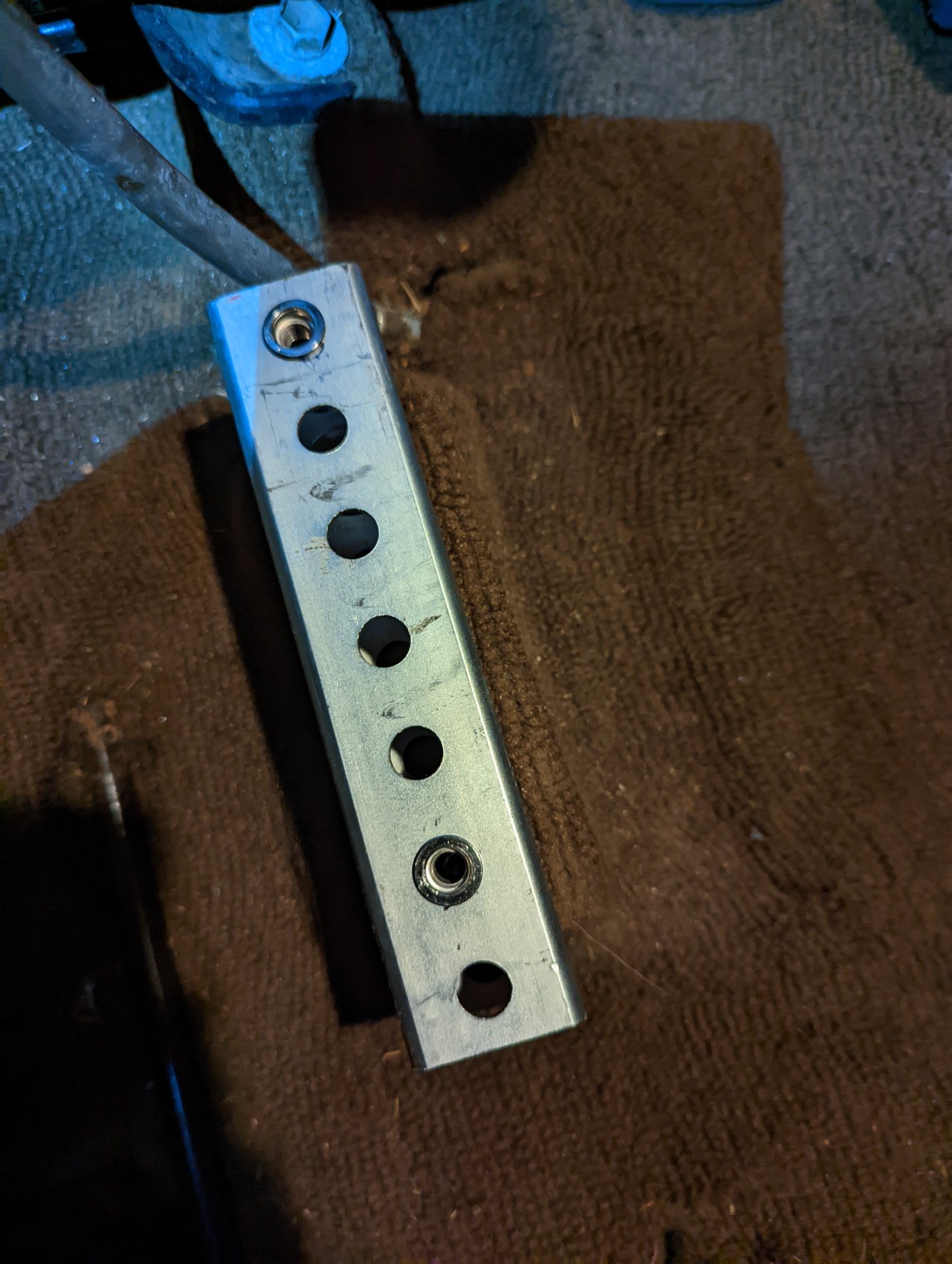 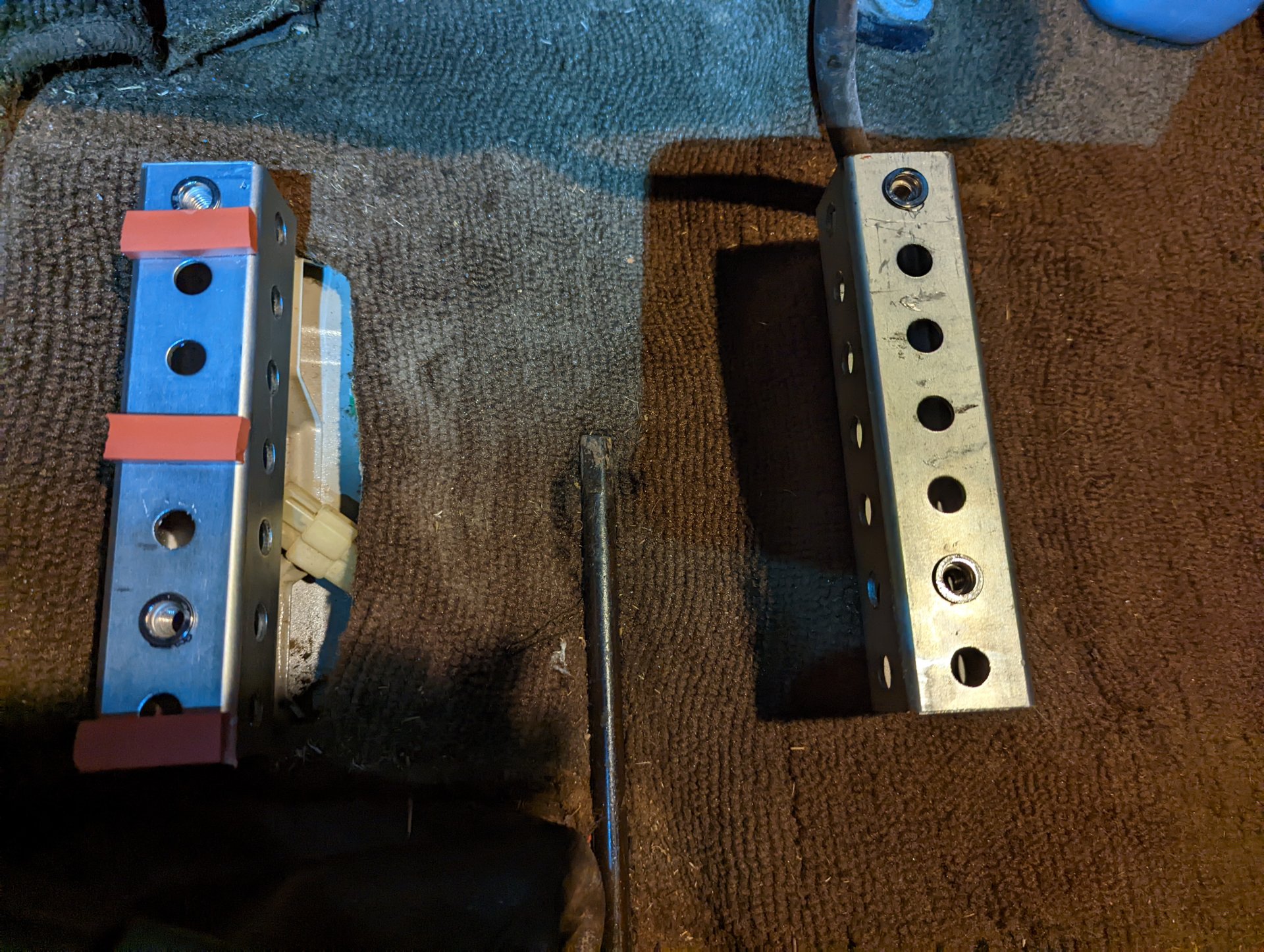 The middle mount is 1/4" lower than the back. I had some red 1/4" silicone from another project, so I shimmed it with that, but fender washers on top or bottom works too.

I measured and drilled the front 2 holes, shimmed the front most bracket on the floor with a 1/8" bit of foam to prevent rattles, as the cup holder on the front just barely wasn't touching it, and bolted it all up. 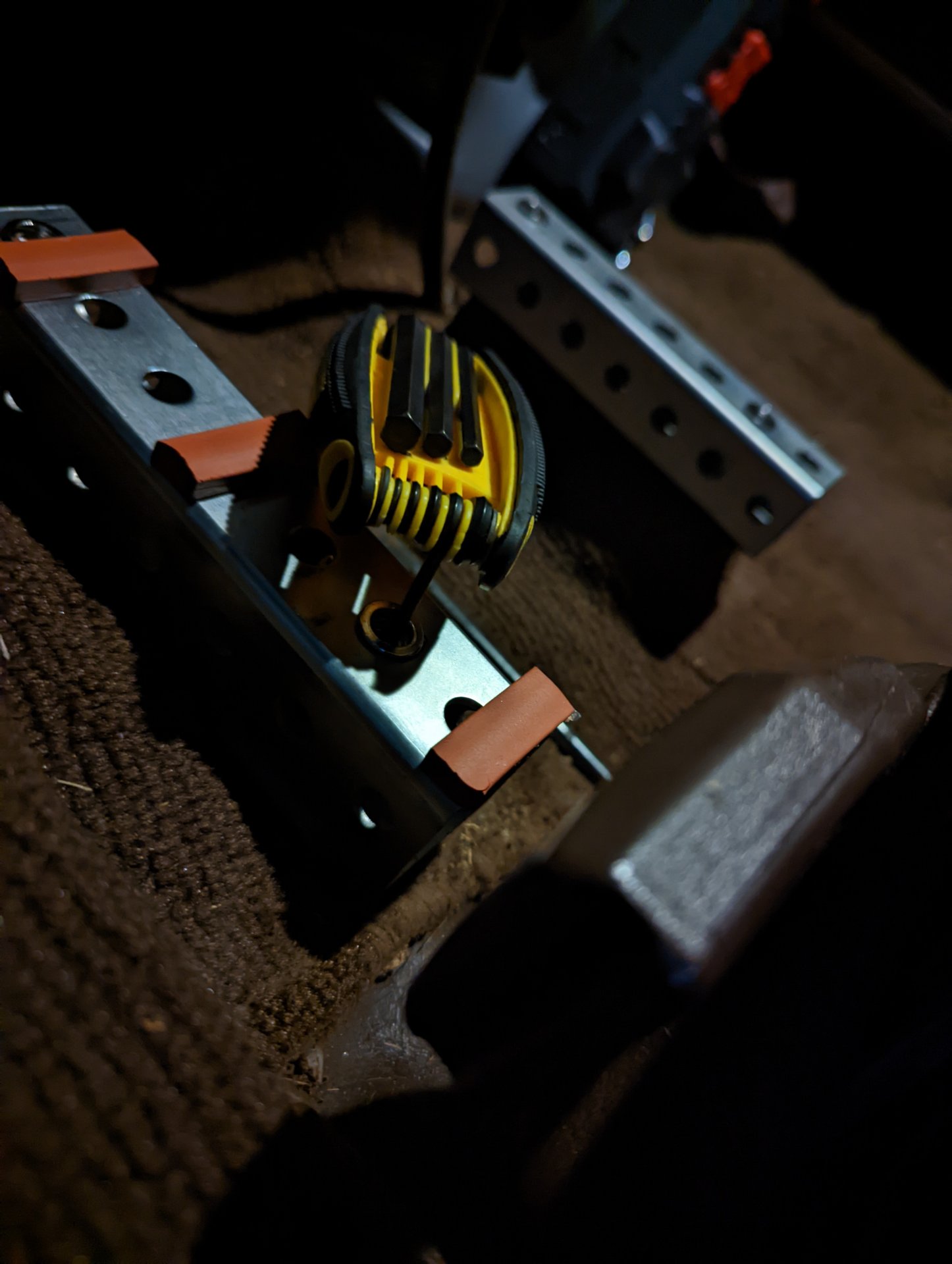 A 3mm Allen key fits through the rivnut if I need to remove/tighten the M3 bolts holding the perf tube to the truck later.

It's rock solid and easily removable. I didn't mutilate the cruiser. All holes are still in stock configuration.

The only mods to the console are the 3 new holes, and the one I enlarged. 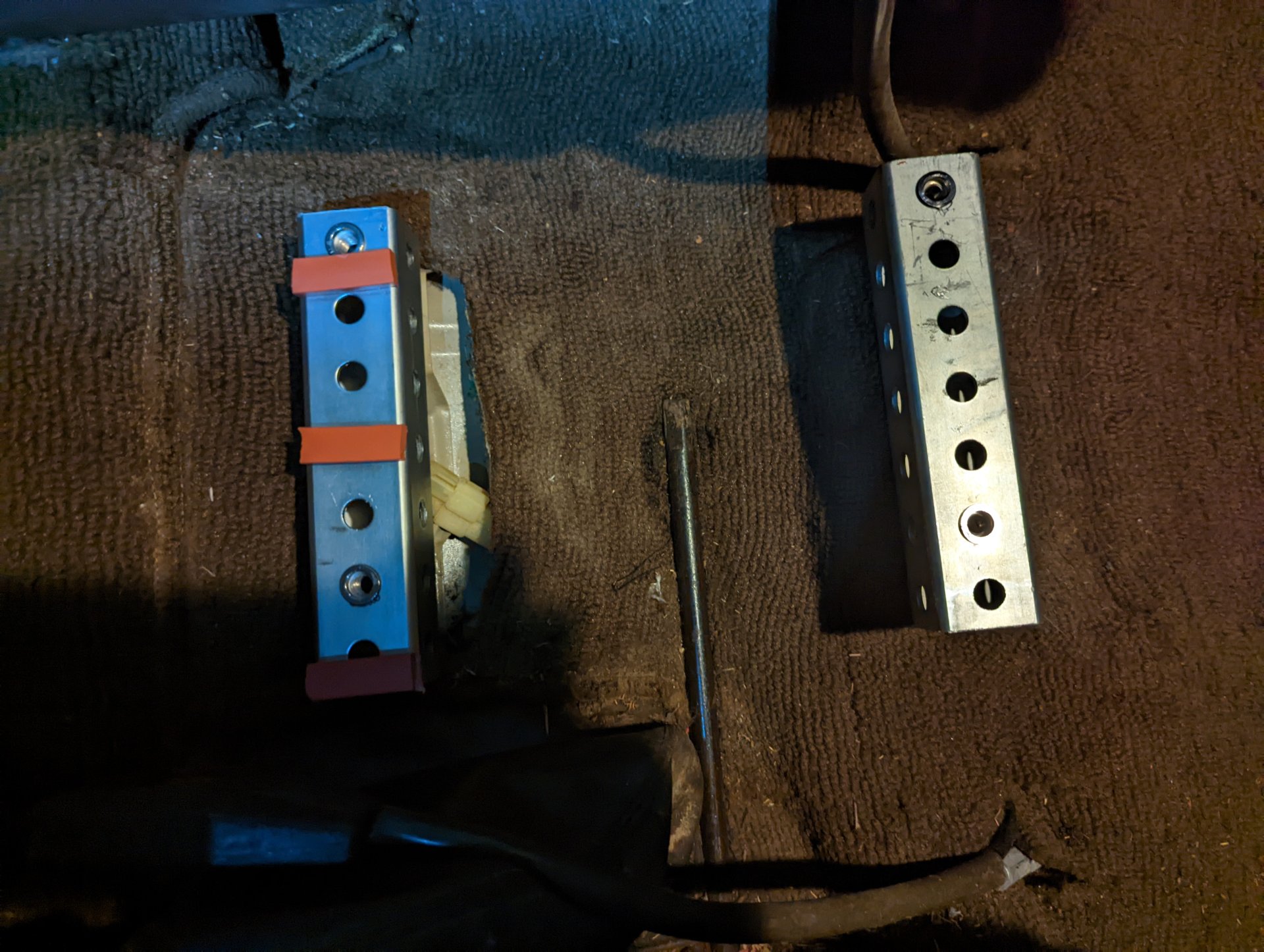 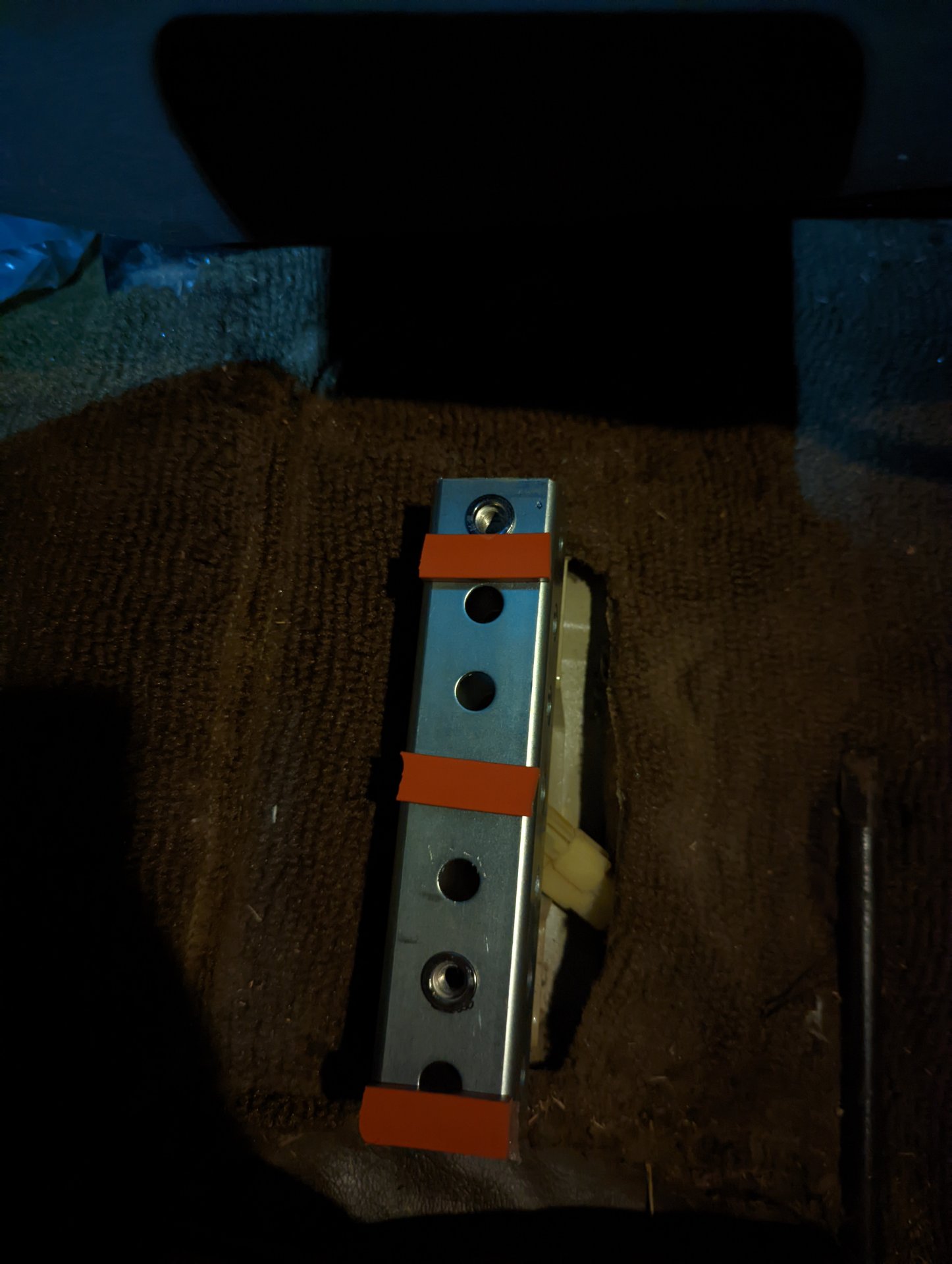 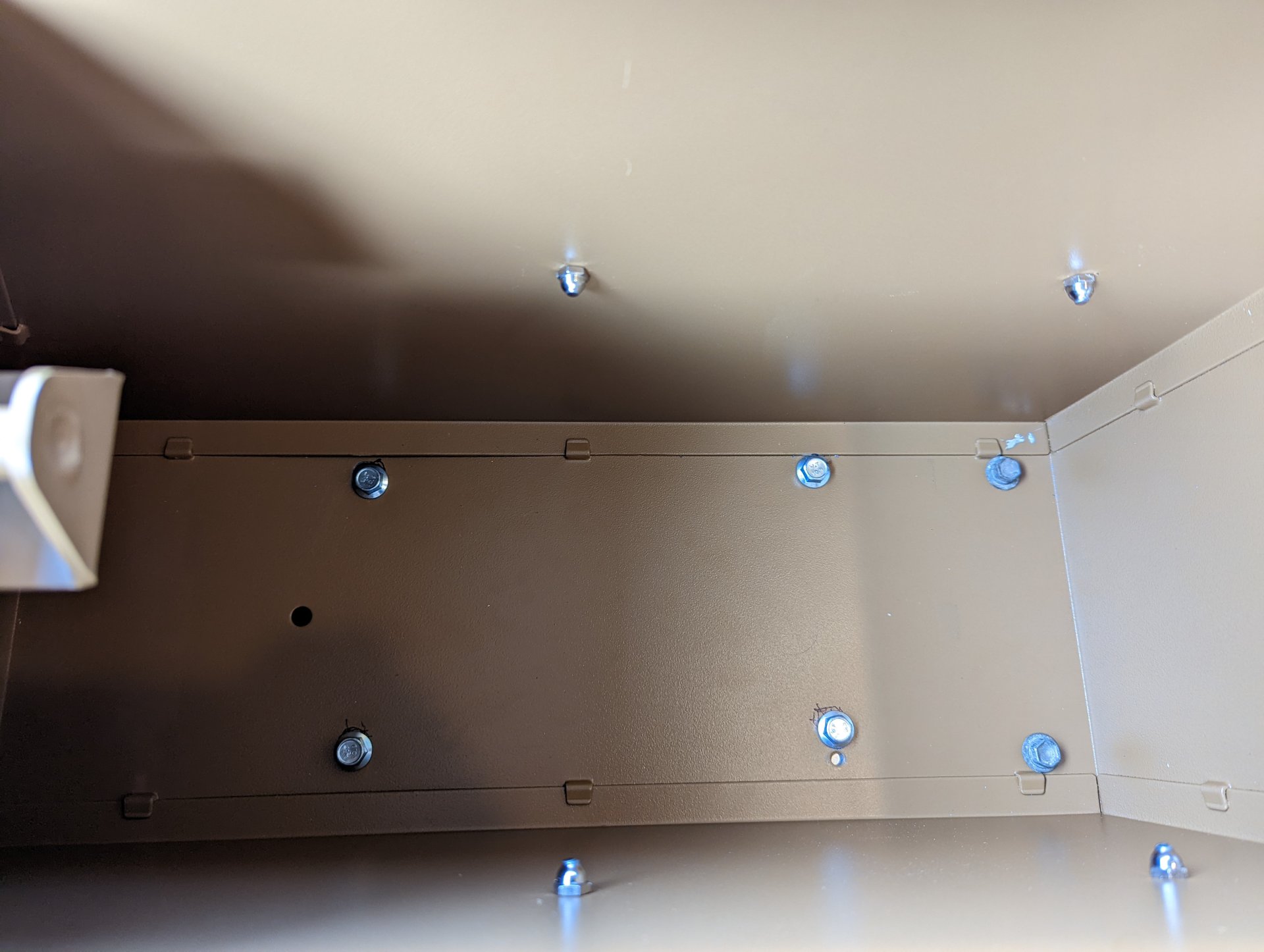 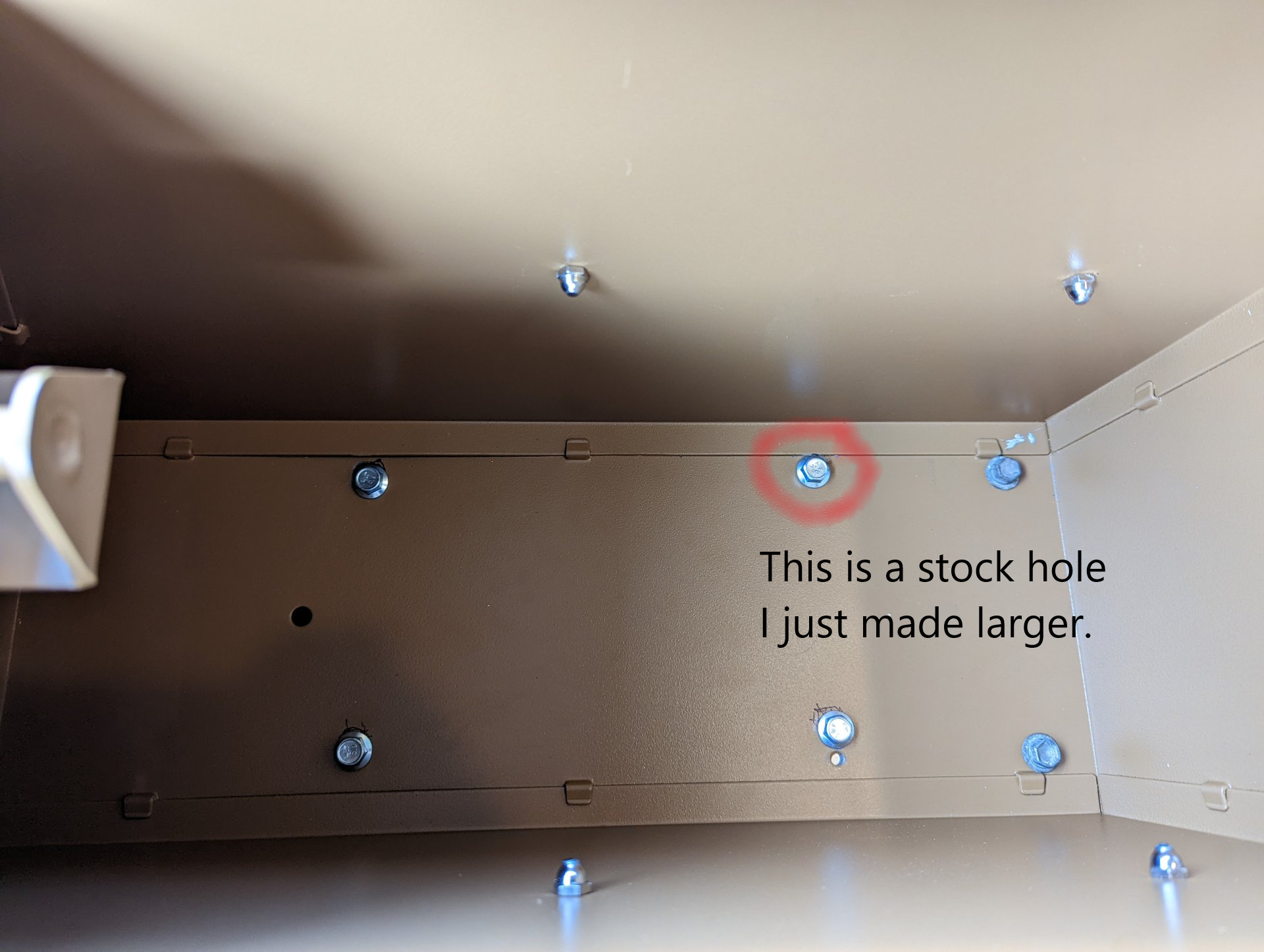 I had to wallow out 2 of the 3 new holes because apparently, I can't measure.
Those four holes are the only mods I made to the center console. 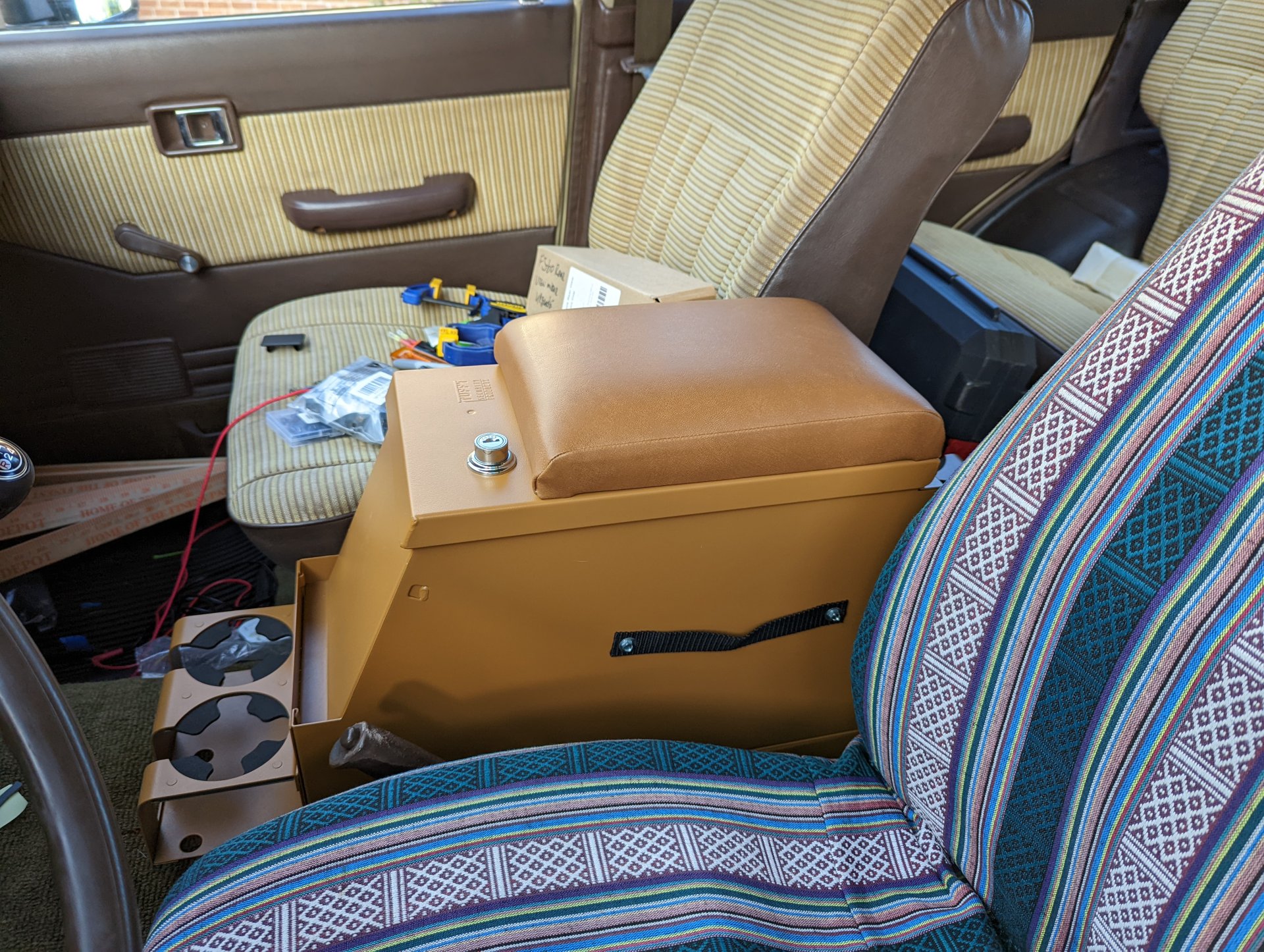 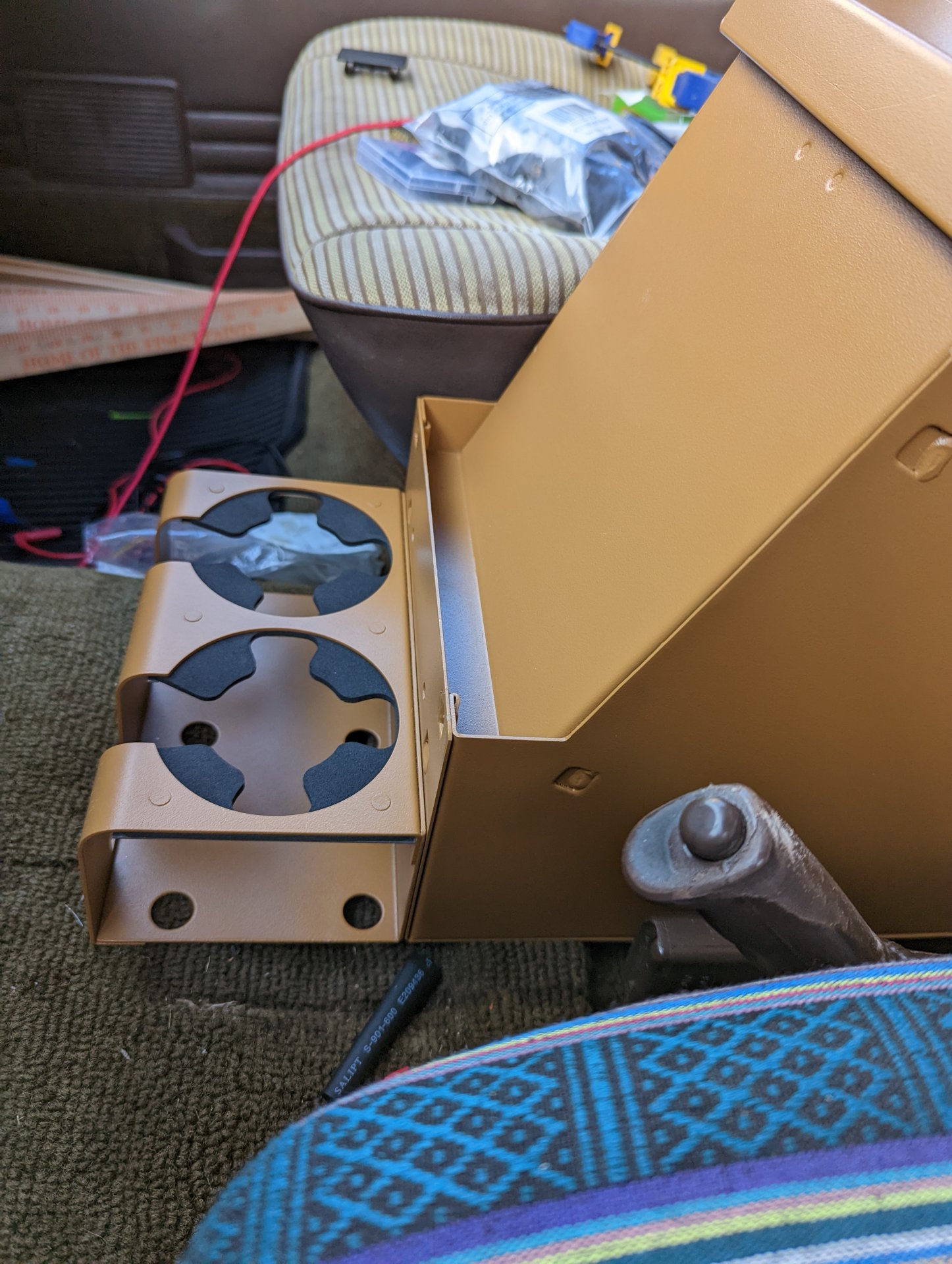 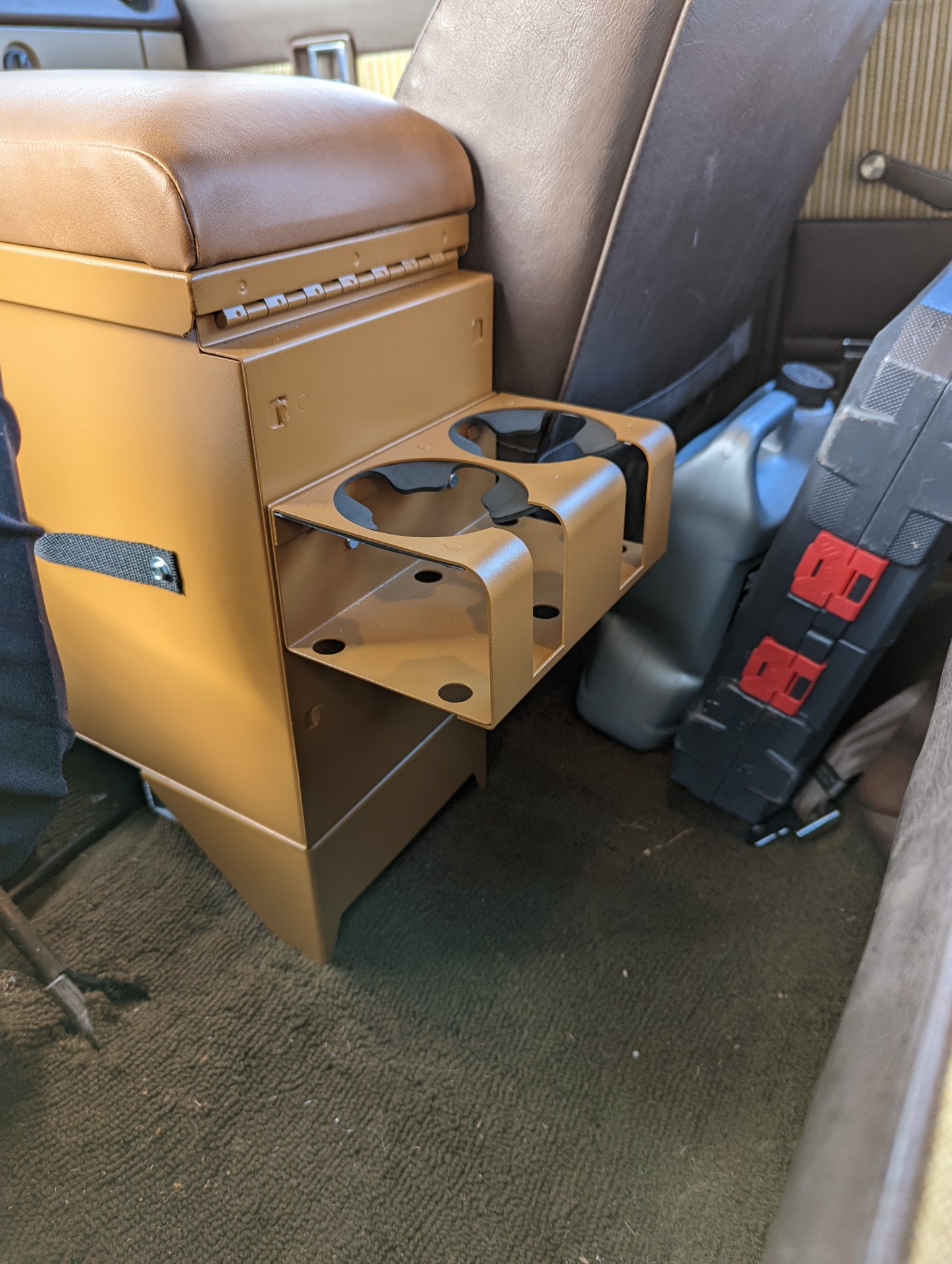 Bolting the square perf tube down with the M3 hex key bolts was the hardest part of the whole process... Just because it's fiddly.