Anyone compared the GIS skid and the creeper skid in person? Or gone DIY? (1 Viewer)

Seems like there are a few good options for skid plates that have reasonable availability and not crazy shipping costs for us West Coast folks. (Due to distance and lack of stock I'm ruling out Iron Pig.)

So the Creeper skid that @TRAIL TAILOR has seems really nice, though from eyeballing it it seems like the clearance is slightly better (??) on the GIS skid that @LC4LIFE is offering at Hudd Expo--plus if I weld it myself I can save a nice bit of money. @LC4LIFE says the transmission protection "wing" is coming shortly, which would make these two more directly comparable.

So for those who have seen both (anyone?) care to share opinions? Otherwise it seems like two similarly priced options (for fully built) both provided by active members of the community who are nice people, so that kind of makes the decision...hard.

I've also considered putting the money towards the Swag Offroad press brake and fabbing something up myself (seems like I would want to curl the edges like both of these skids do for stability), but the stabilizing brackets on the side look kind of hard to make. If anyone has made one themselves and it was easier than I'm thinking LMK...

This is the pic of the bracket (from the GIS skid) that makes me think I should buy something premade or the GIS kit.. 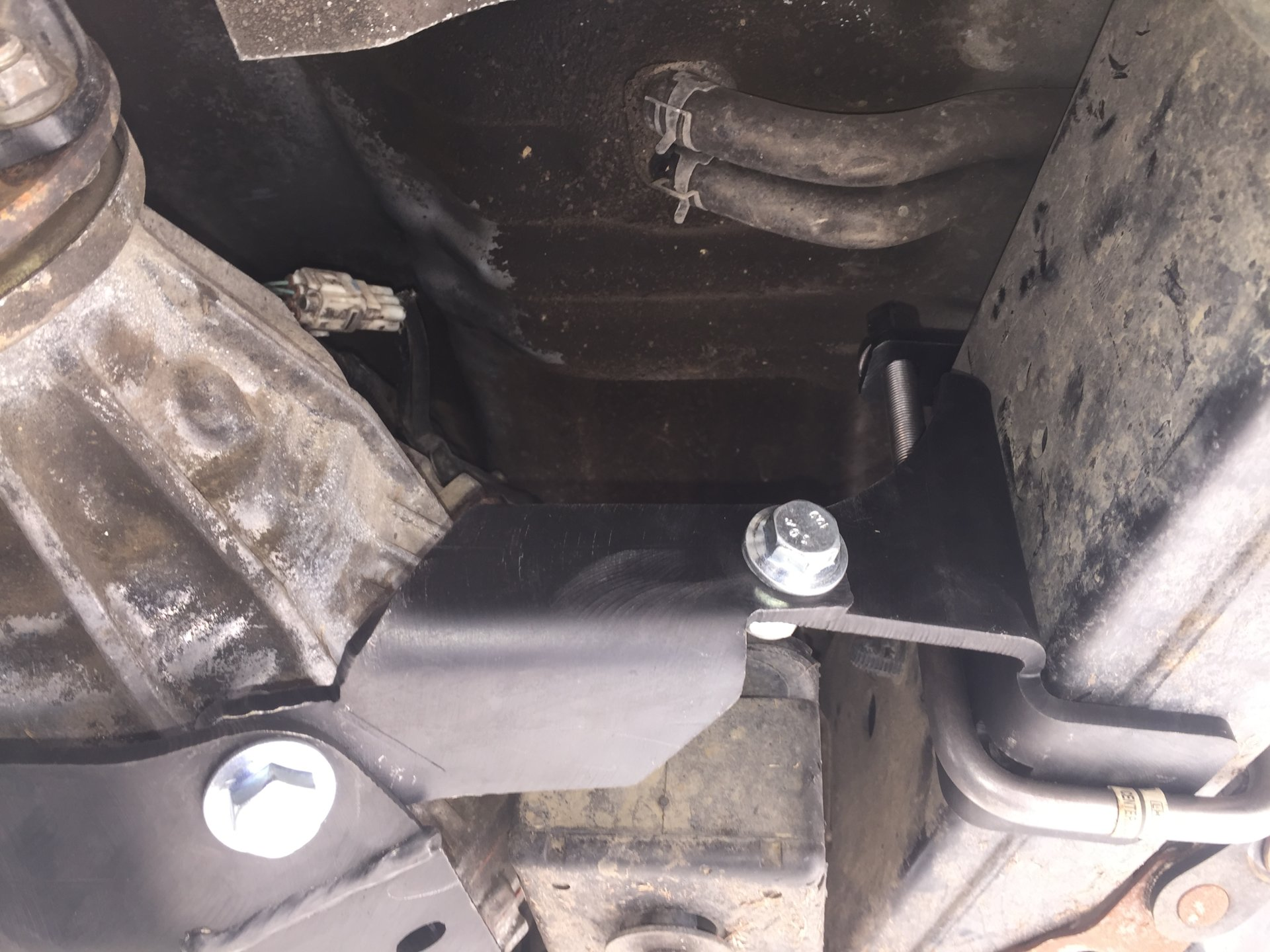 I did the DIY route, but in the Creeper style I guess. (also used my SWAG brake to bend the pieces. )

The GIS skid definitely is higher/tighter, but since the Tcase hangs down so low anyway I wasn't too concerned with that aspect for my uses. 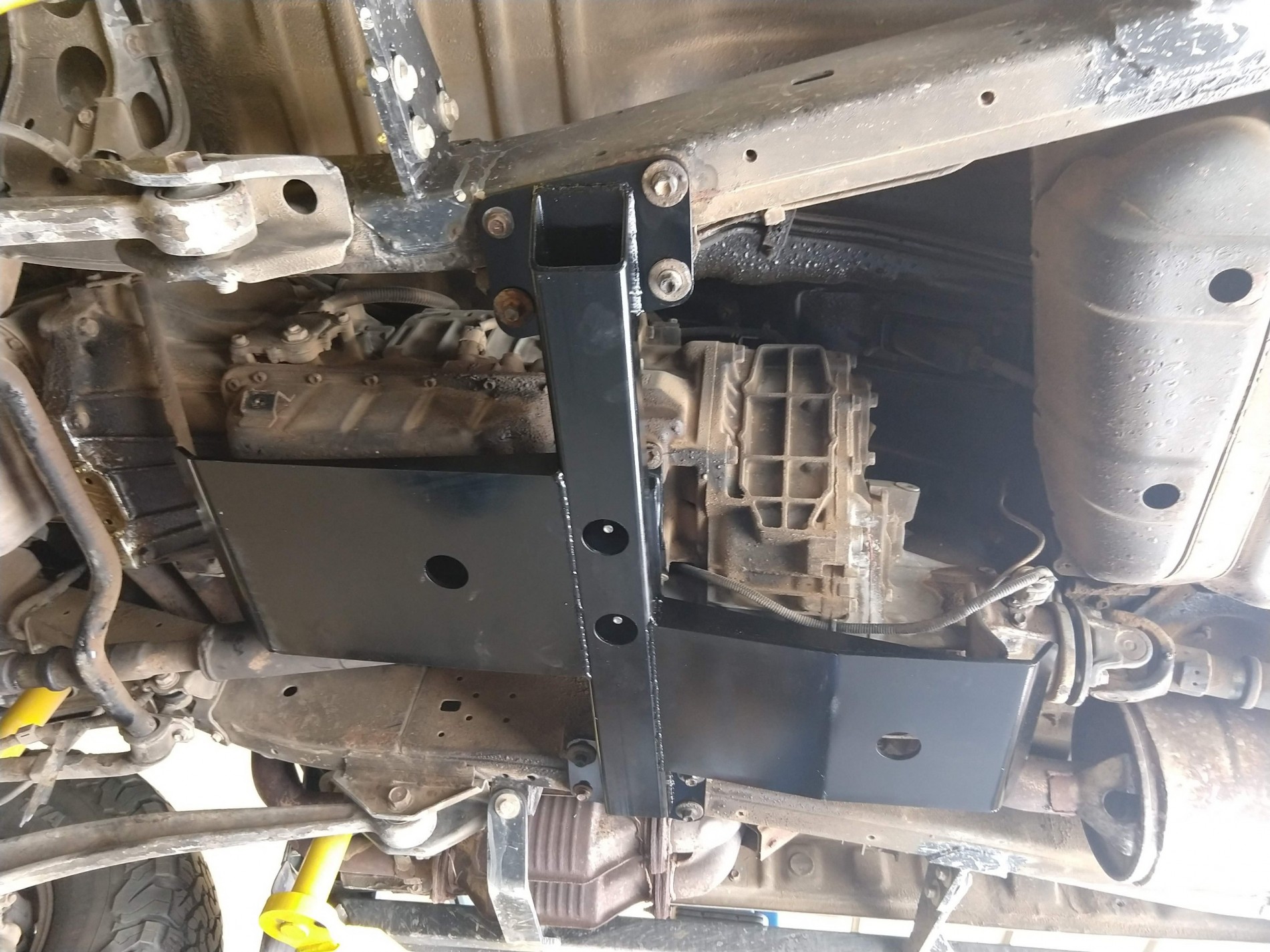 Have you seen the skids from Crusin Off Road? Skid Plates - Cruisin Off Road - I went with the full. Jason was super cool to work with. They supposedly can take quite a hit!!!!

I recently put my Creeper skid to the test, on Dusy Ershim. It took all the abuse I could give it. Very impressive how stout the skid is, considering the weight of the 80 series. I highly recommend this skid, and Jason at @TRAIL TAILOR is great to work with.

I don't have any experience with GIS. 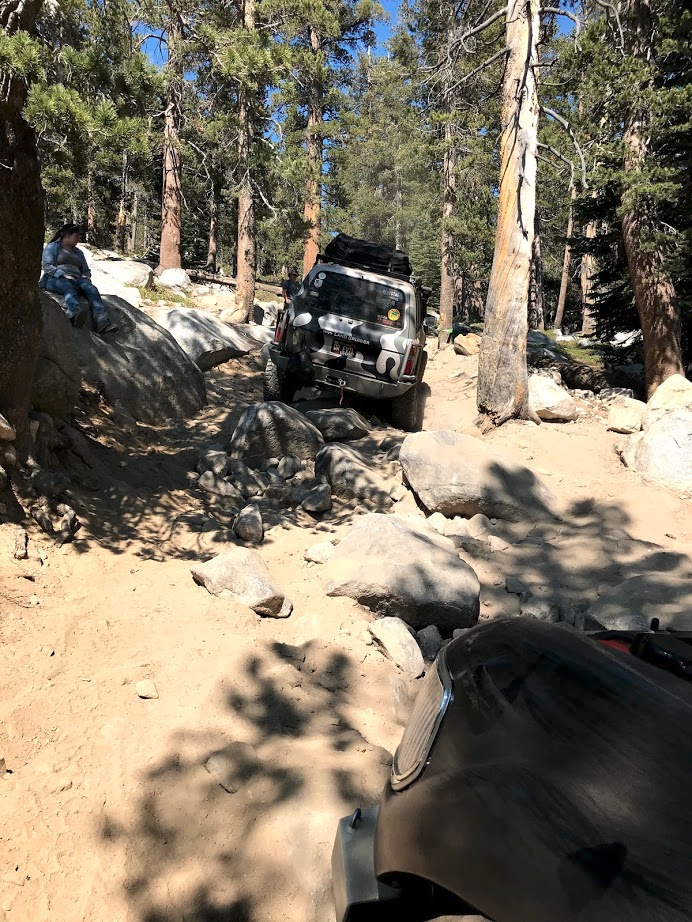 Have Iron Pig (IPOR) units on both my 80's and have been pleased with them. They are quite beefy, weighing in at over 50 pounds.

I bought some skid plates from Cruisinoffroad and will install them this weekend. I will post some pictures for you. They are nice design.

I went with Cruisinoffroad skid plates for trans and T-case five years ago mainly because I think a trans mount/skid plate combo is asking for trouble. Both of these units do a very serious job and damage to one means damage to the other.

I appreciate all the info! Thanks for the suggestions. I didn’t have the Cruisin Off-road stuff on my radar, looking into them now. The good news is it seems everyone is happy with what they ended up with.

Cruisin' Off-road makes some good stuff but I think Jason stopped shipping out to the US. Contact him for the latest info.

I installed the GIS skid on my neighbor's 80. He had tried to get the Iron Pig belly plate, but it was not in stock at the time.
The main part of the plate is well made and stout, but the rear 2 piece support is a very poor design. It basically does nothing because it has a pivot point in the center and will fold under load. I didn't even bother putting that on.
But, if you're just looking at bang for the buck it's a decent option. The Iron Pig belly pan is still the best product out there...if you can get one.

@jonheld thanks for the context, that's very helpful.

Appreciate all the replies.

I have the Hudd Expo (GIS) skidplate. I haven't personally had the Creeper skid on my own truck but have seen several up close and on the trail over the years. Truth is, either one will do a nice job. I preferred the higher clearance of the GIS when I got mine, but I shopped all of the available ones. As has been mention (along with the photo in the first post) this bracket on the rear of the GIS skid shouldn't be considered a critical structural element. I see it more as a secondary piece for some lateral stability in the case of a side impact to the skid. Even in that situation it could bend but I know there are several people running this skid without that bracket at all and they're working just fine. So I wouldn't let that single piece be a deciding factor one way or another. The interlocking of the different pieces might make the GIS a bit stronger overall than the Creeper skid but I haven't seen any issues or failures with either. Pick your poison and I think you'll be happy with either one.

I got the DIY version and if you can weld it will help with the initial cost. The pieces are beefy and fit together well. I've been really happy with it. 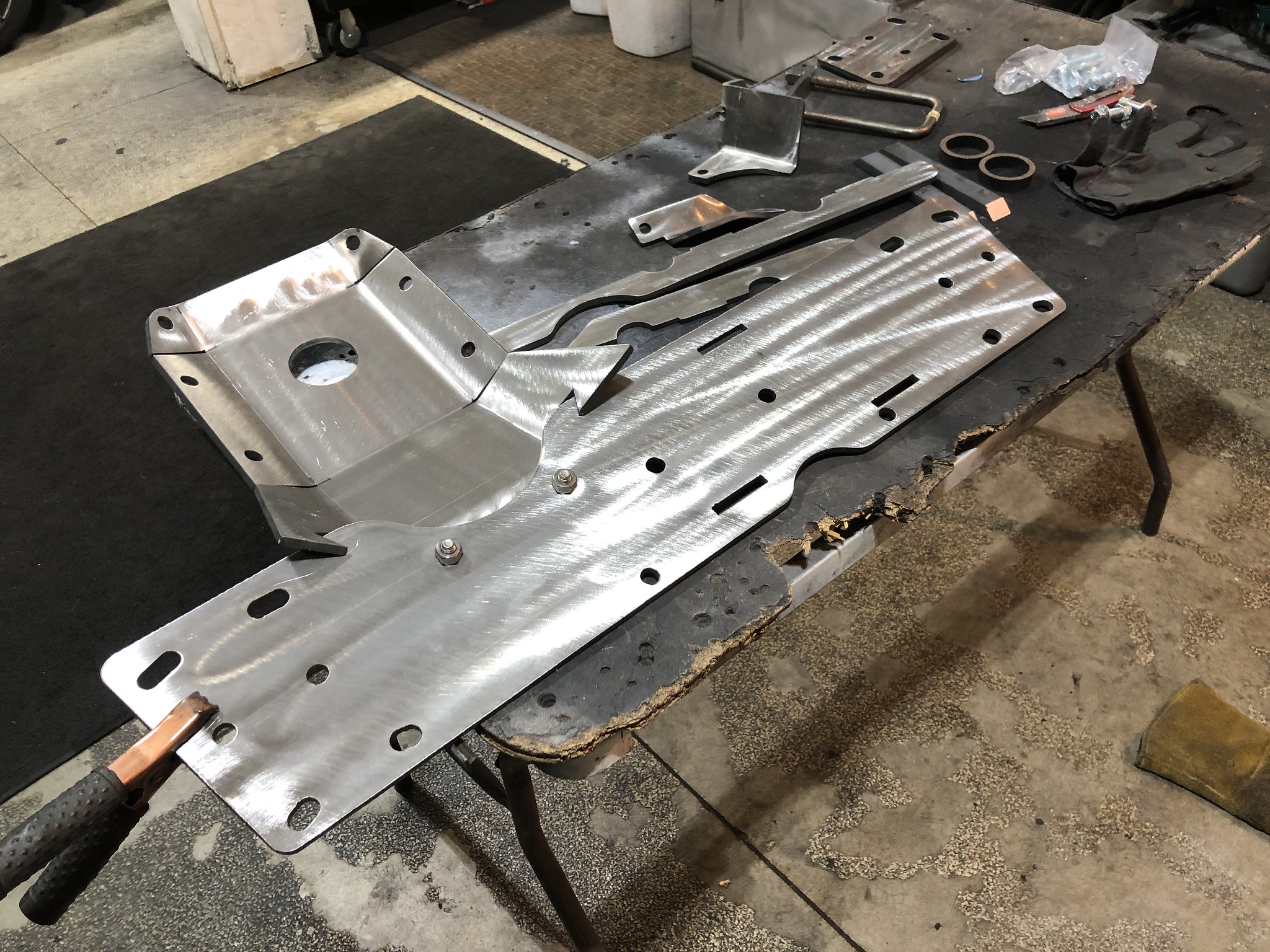 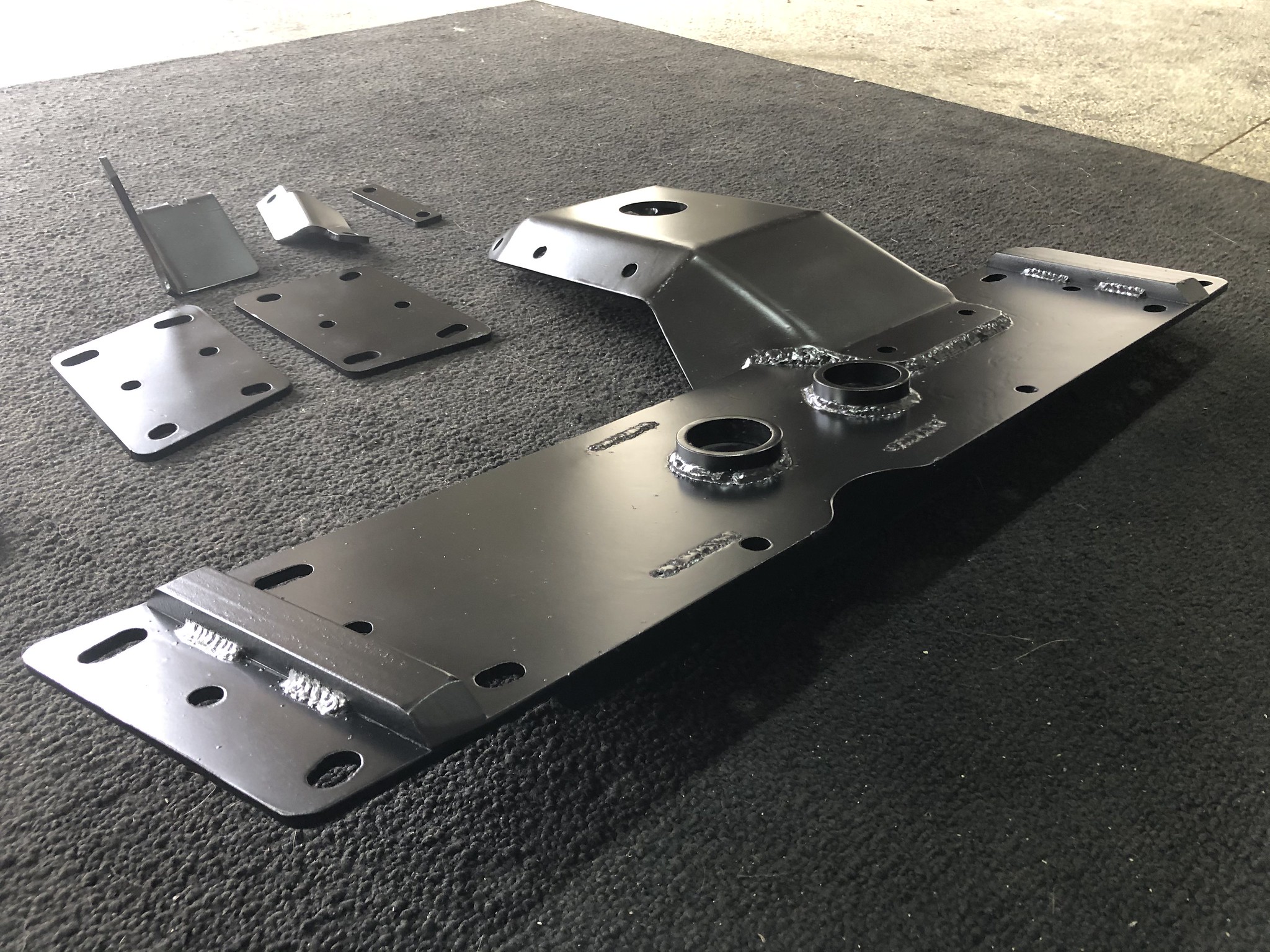 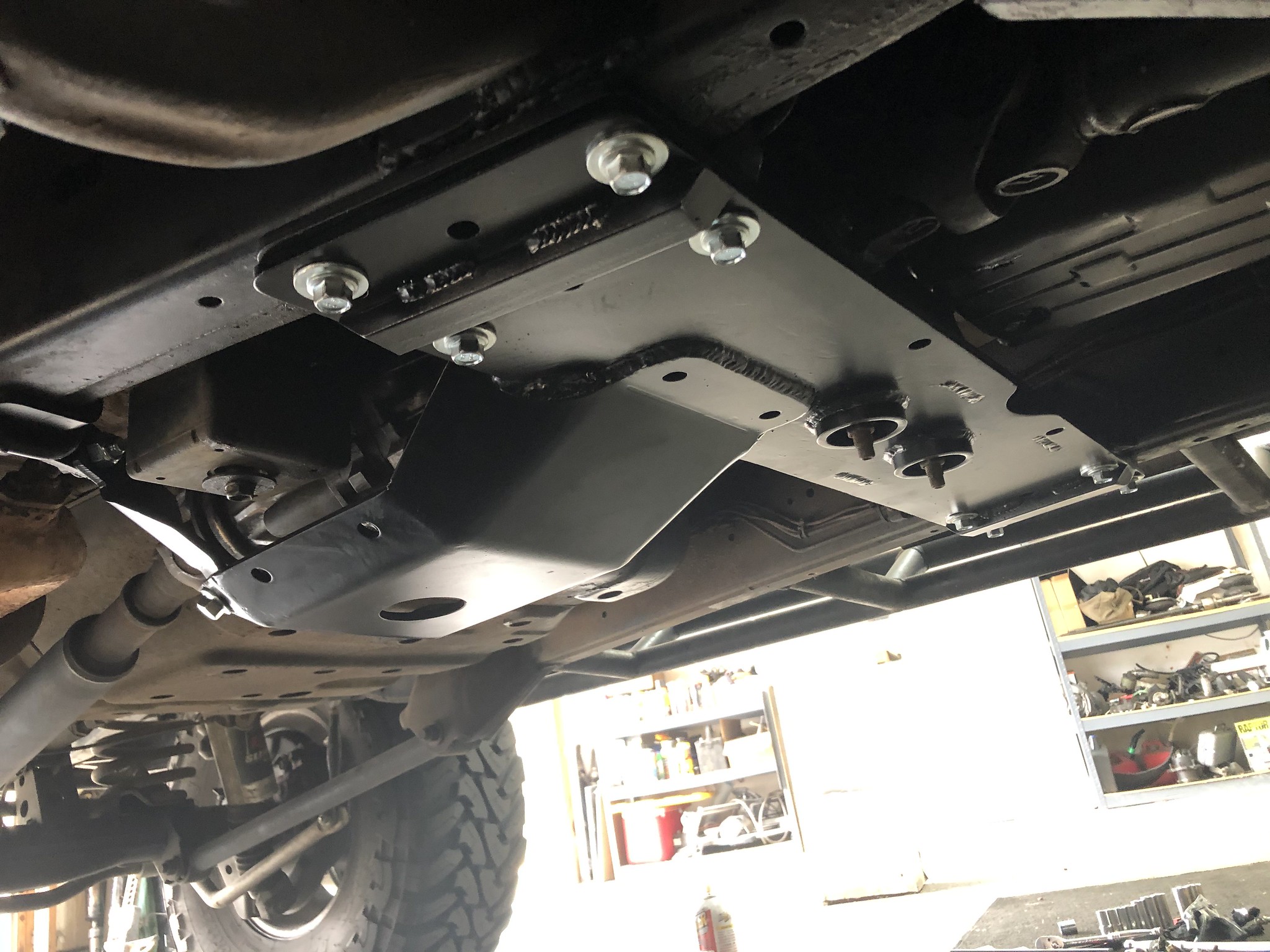 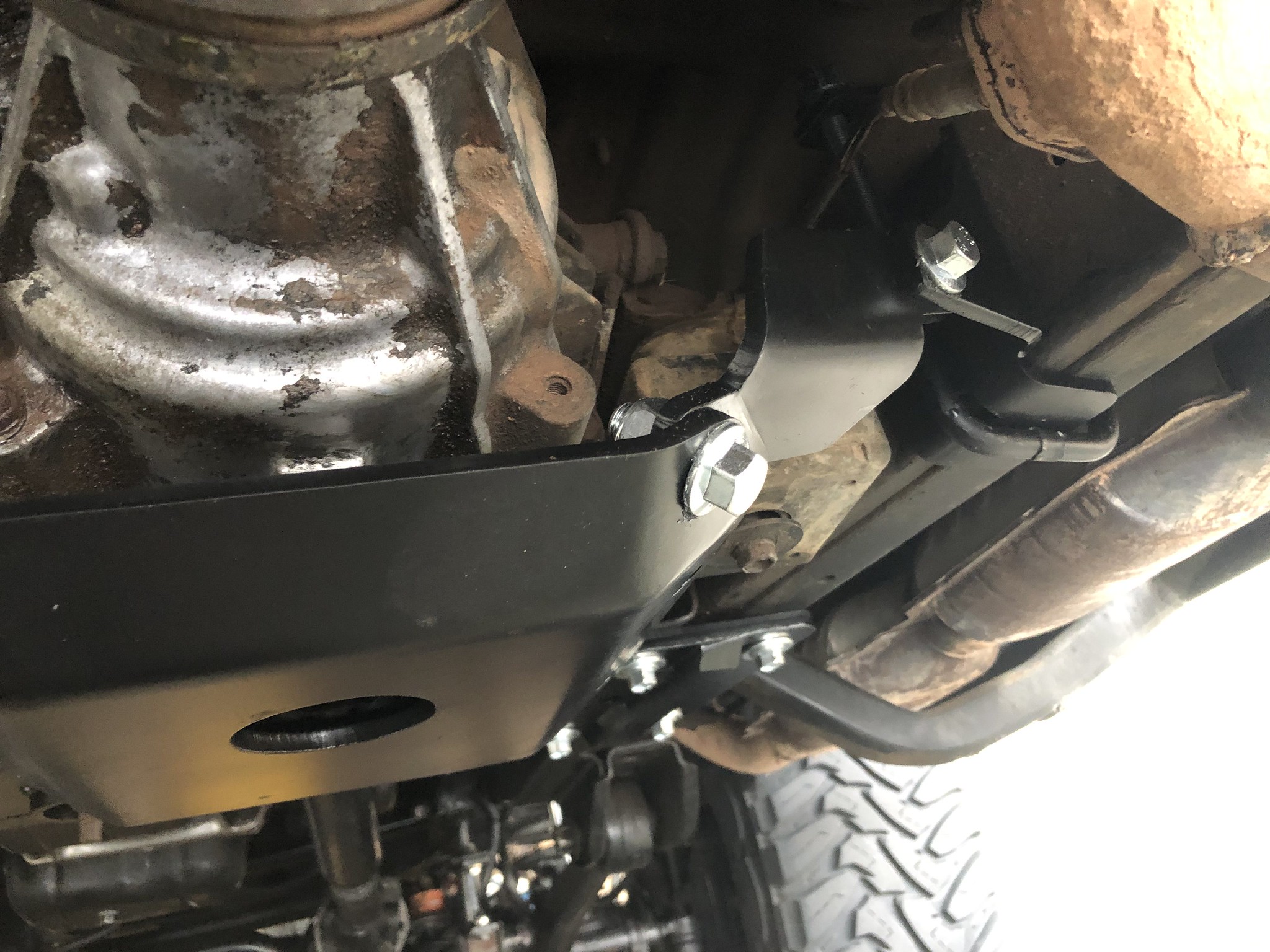 jonheld said:
I installed the GIS skid on my neighbor's 80. He had tried to get the Iron Pig belly plate, but it was not in stock at the time.
The main part of the plate is well made and stout, but the rear 2 piece support is a very poor design. It basically does nothing because it has a pivot point in the center and will fold under load. I didn't even bother putting that on.
But, if you're just looking at bang for the buck it's a decent option. The Iron Pig belly pan is still the best product out there...if you can get one.
Click to expand...


Interesting comments considering GIS Skid is one of the only skids addressing any rear support. I agree, a rear cross member attaching the rear section would be stronger but would put the cost to high, and for extreme users.

I'm partial. have to be honest, I'm the designer, Hudd sells them for me.

I didn't want the rear mount, but after evaluating it adds a lot of stiffness to the system. reconsider please. If its a 93-95.5 I have 2 sets of frame brackets shipped with those applications now (not originally but goes back to my first version of the rear support that fit my rig great but not 95-97 models). it's half an half on which fit best. I think there was some variation on exhaust in those years where one version fits better than the other in some cases.

cjmoon said:
I didn't want the rear mount, but after evaluating it adds a lot of stiffness to the system. reconsider please.
Click to expand...

He's running a lightly modified truck and doesn't really go hard into the rocks. He'll be just fine.
I run with the IPOR plate. I had one on my 91 and it was the first thing I put on my 97.
You must log in or register to reply here.

OEM parts in Canada? My experience with Japan 4x4