Great find on an awesome condition 40! You're learning all the right stuff from some of the best LC gurus in the world here on Mudd. Keep plugging away at it, these TLCs love lots of TLC lol

Goldbug said:
So this weekend I made a bold decision: I drove 222 miles in the 40, including on I-90 with a stop to smash it against some rocks halfway. Went to a spot in western Mass with @cruiserguy80, then drove home with a stop for refreshment along the way. I never would have done this with the old points, but with the new electronic ignition it's a different machine. Steering is the same though...

It did pretty well offroading, though not nearly as well as Jack's 80 with the extra weight, clearance and locking diffs. It was white knuckle on the way home, worrying that I'd busted something that would fall to pieces on the interstate. Probably not going to rush to do that again soon. But it cruised at 70 on the way home. I took @jmlockwood's suggestion and brough a pair of noise cancelling headphones. I think that's the only reason I was able to go that fast, if you can't hear the noise, everything sounds fine!

Slim pickings for food, but the beer made up for it. And nothing like 70 degrees in New England in November.


I see Treehouse beers in there!! Lucky dog.

Great work so far... keep it up. Chipping away at it is working man!

Thanks guys, yeah it’s a night and day difference from when I bought it. Extremely gratifying. I’m finding garage time is like a drug, addictive...

I ordered the much ballyhooed toyota headlight upgrade kit. As many have reported before, it has to be the best deal out there from Toyota, as I paid only $38.85 plus shipping for two lights, a beefy wiring harness, a huge pack of zip ties and some grease. I haven't done a lot of electrical on Goldbug, so was a little nervous. I shouldn't have been. Basically it's just unplugging the old lights, removing and replacing them, then putting the new ones in. The most time consuming aspect was enlarging the openings on the anchors at the end of the wires so they would fit around the battery wire bolts.

It is detailed well by @wngrog on this thread: FJ40 Head Light Upgrade - LED Bulbs

My steps:
Disconnect battery
Disconnect existing headlights
Remove Bezel
Loosen the 3 screws that hold the light housing/bracket and rotate slightly, remove lights
Install new lights via the reverse
Anchor the two identical relays, I did so against the body similar to Nolen above
Connect the wiring harness to the lights
Connect the lone extra male to one of the two females you recently disconnected
Wrap or otherwise protect the extra female from dust/dirt/water
Connect the zinc yellow connector to the positive of your battery
Connect the silver connector with the black wire to the negative
Turn on your new lights

Took maybe 45 minutes and would have been about 10 if I didn't have to mess with any of the connections. As others have mentioned, there is a ton of extra wire. The harness is much longer than needed. I bunched up and zip tied the extra buy plan to go back and cut it out and reconnect. 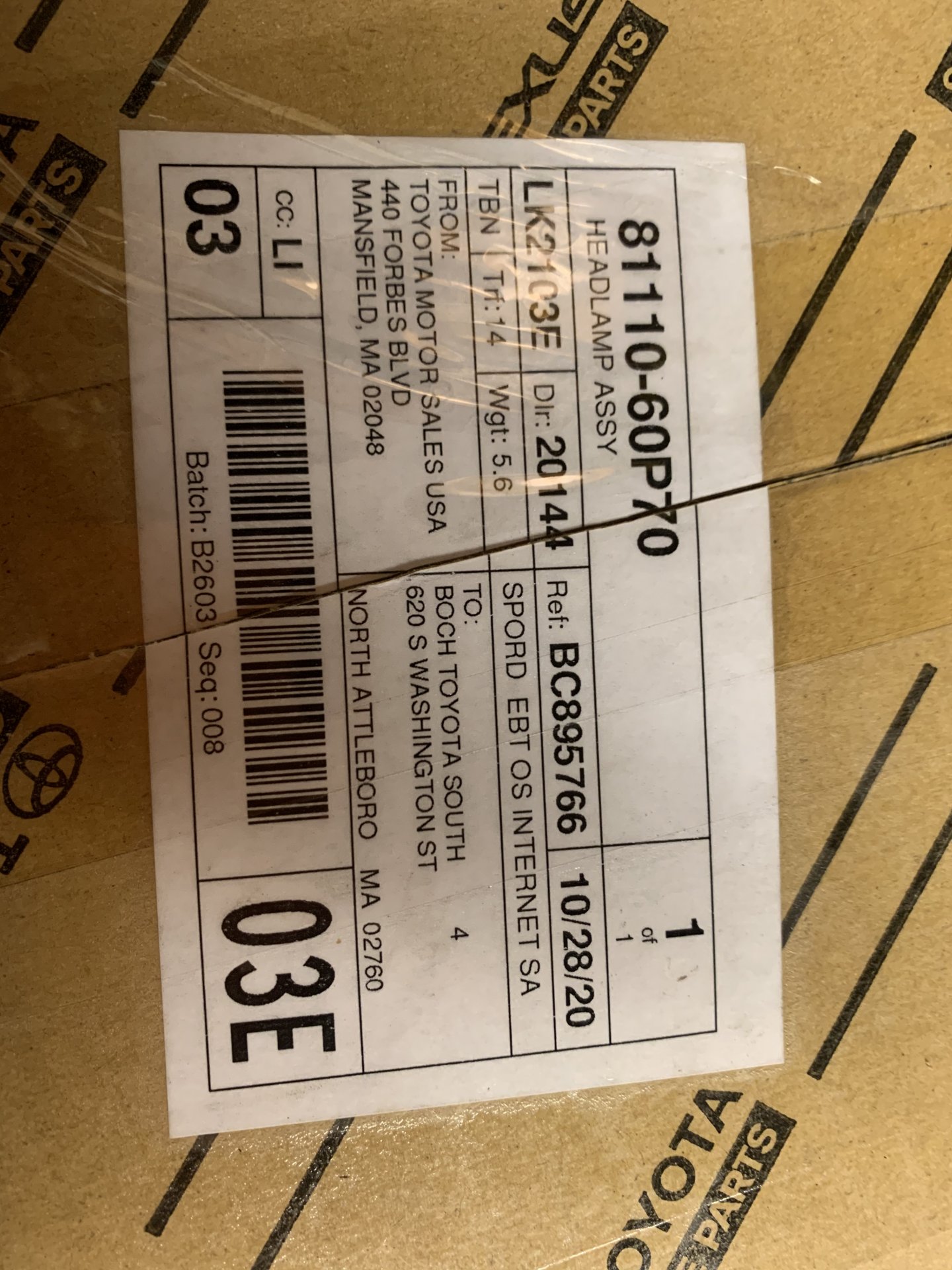 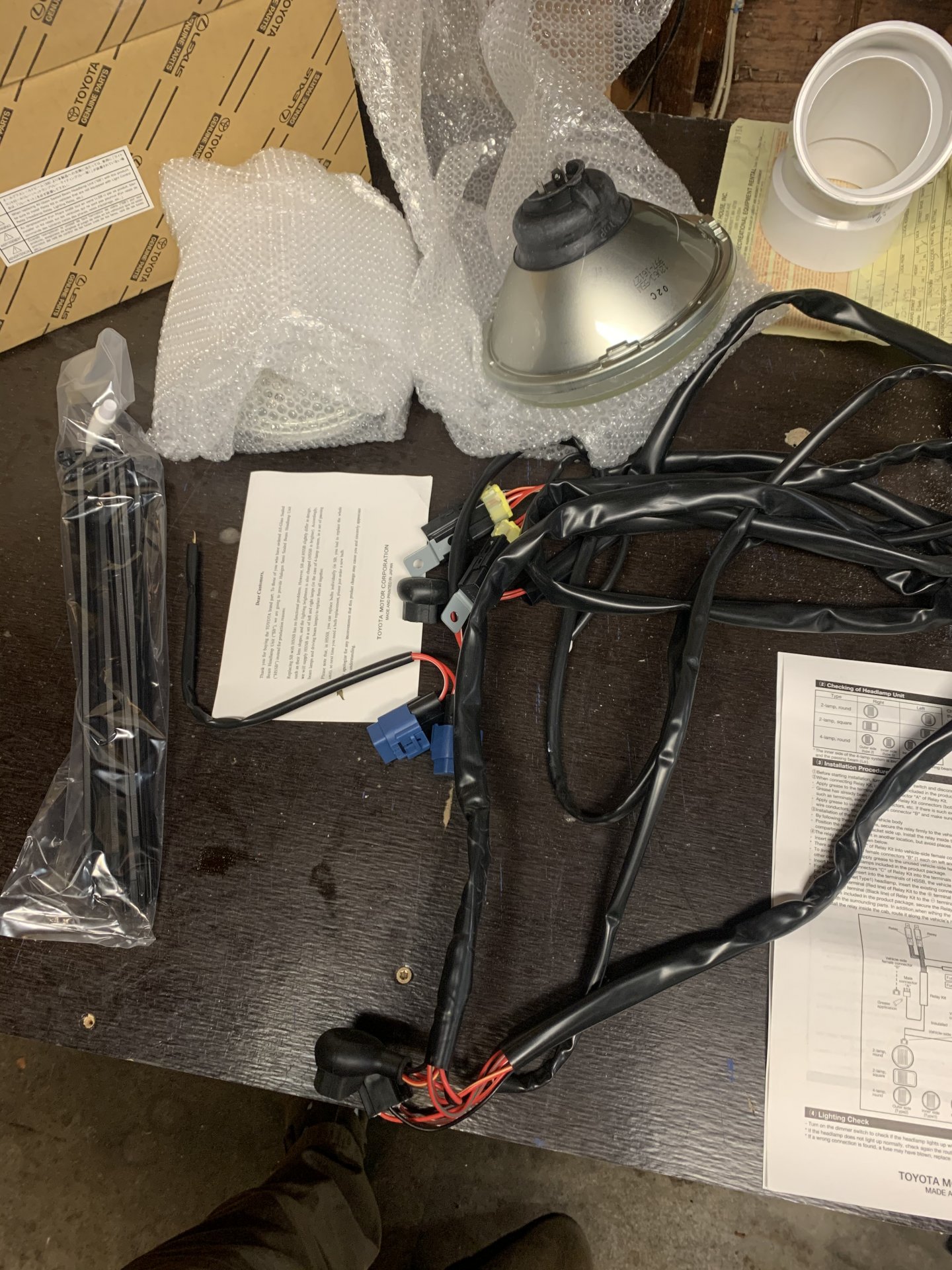 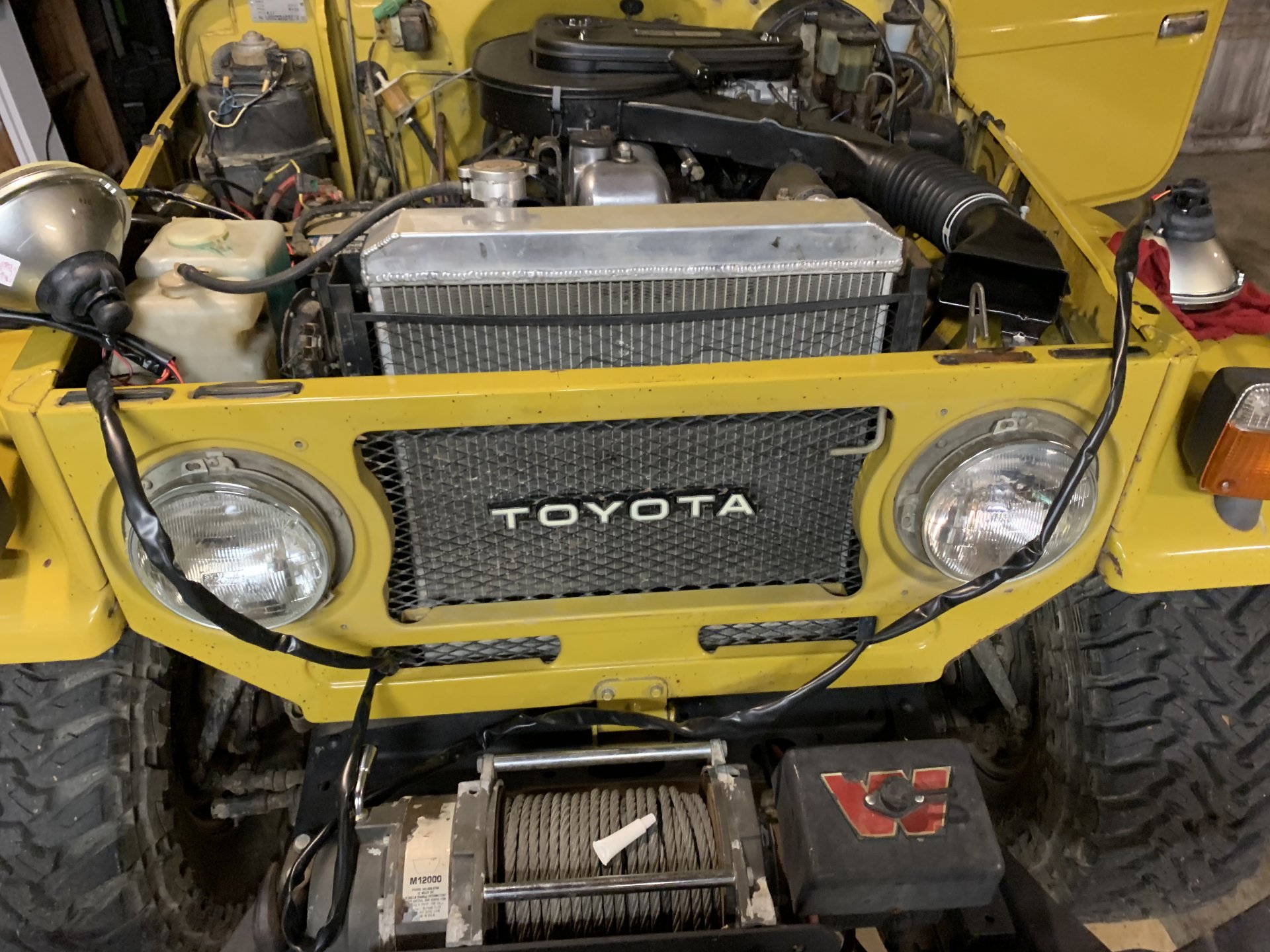 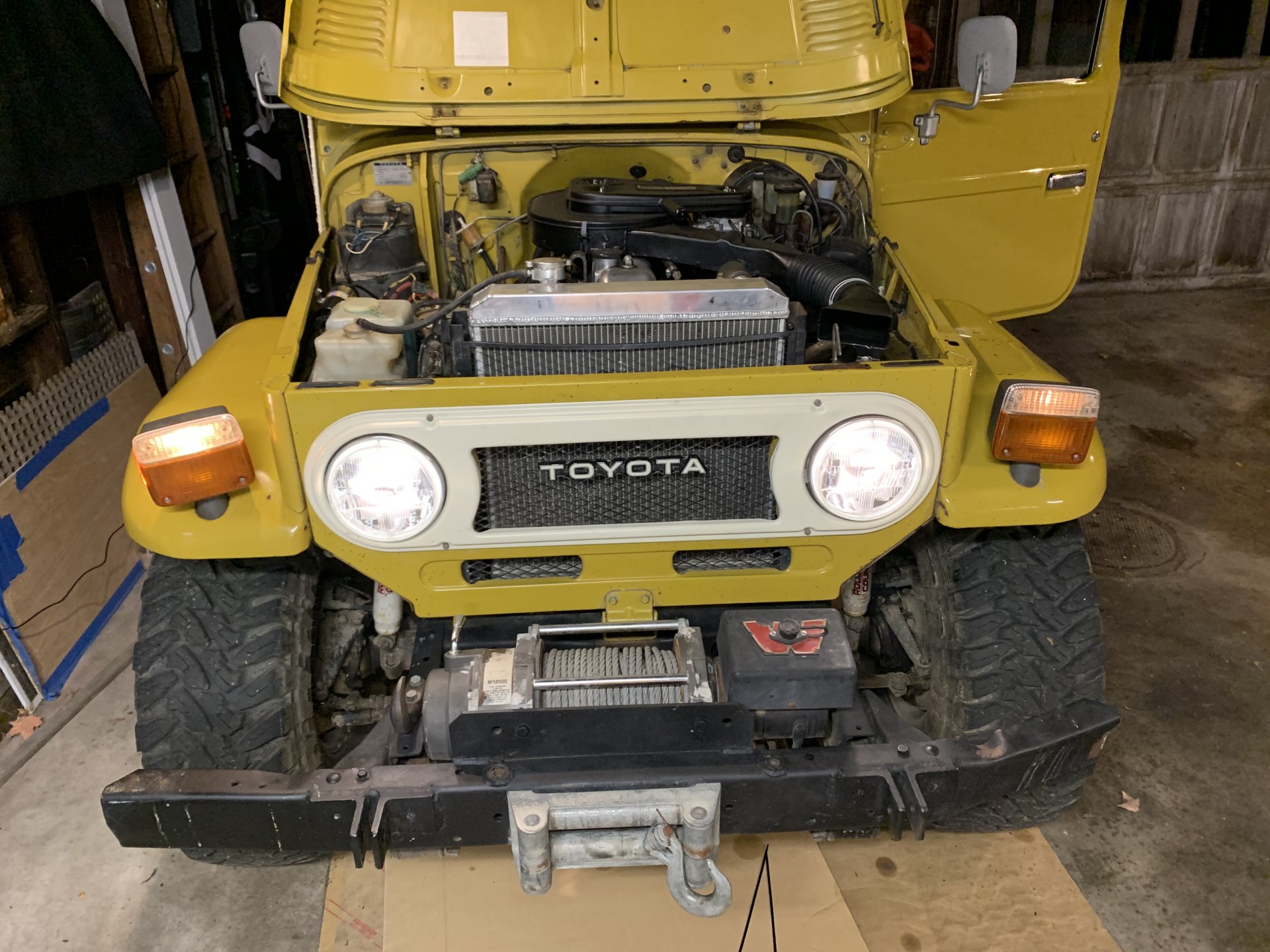 Thanks. Just read yours! It inspired me to get after the steering this winter. Mine is super loose. And maybe redo the brake job I did earlier or at least re-calibrate them

I cleaned up and then repainted the license plate holder, in honor of the latest piece of bling. It's a very Rhode Island thing, maybe they do it in Delaware too? I'm guessing this plate was scooped up long ago in places like California or Colorado. I was shocked it was still available, figured Fred Jones would have grabbed it or something. 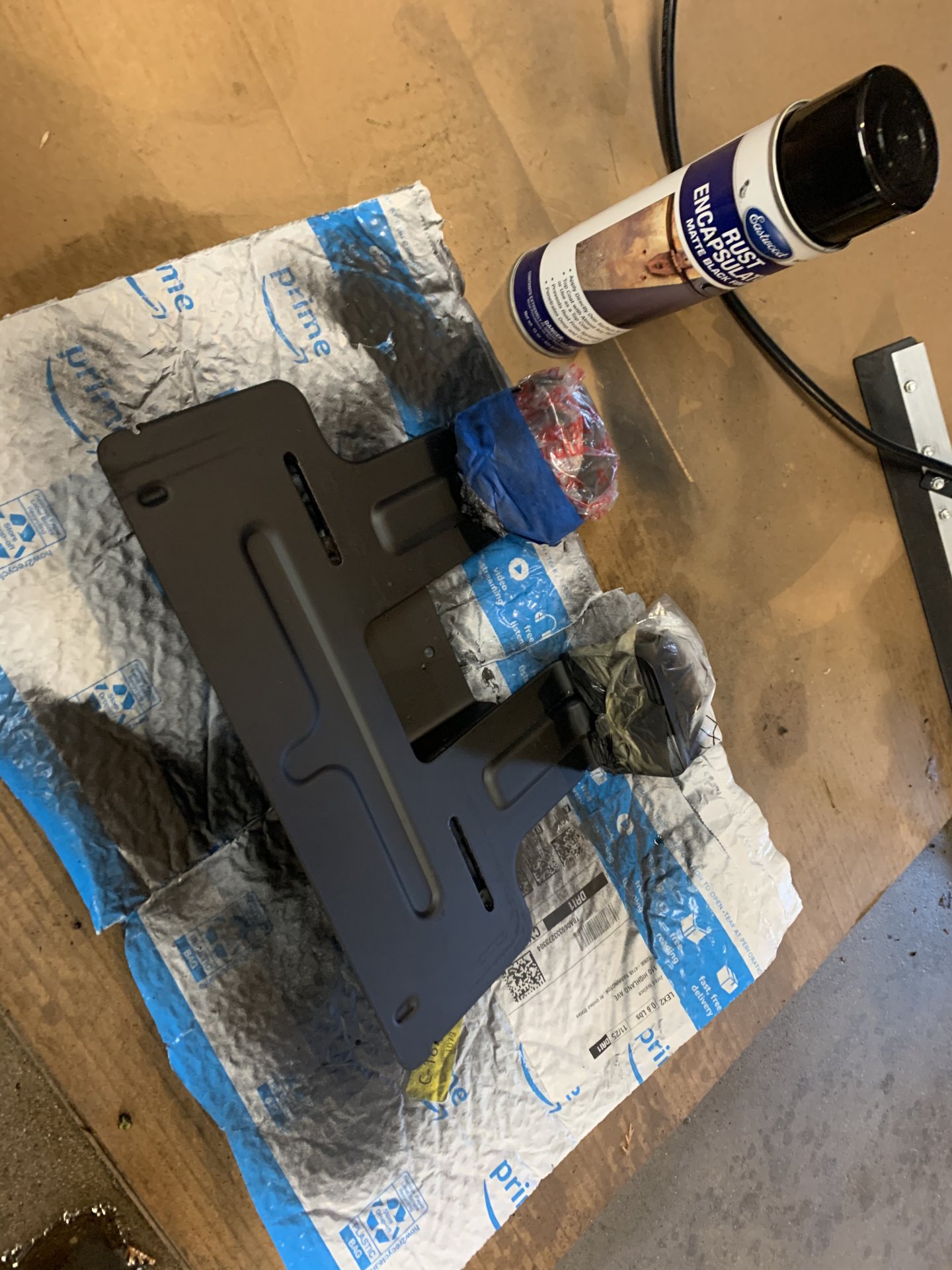 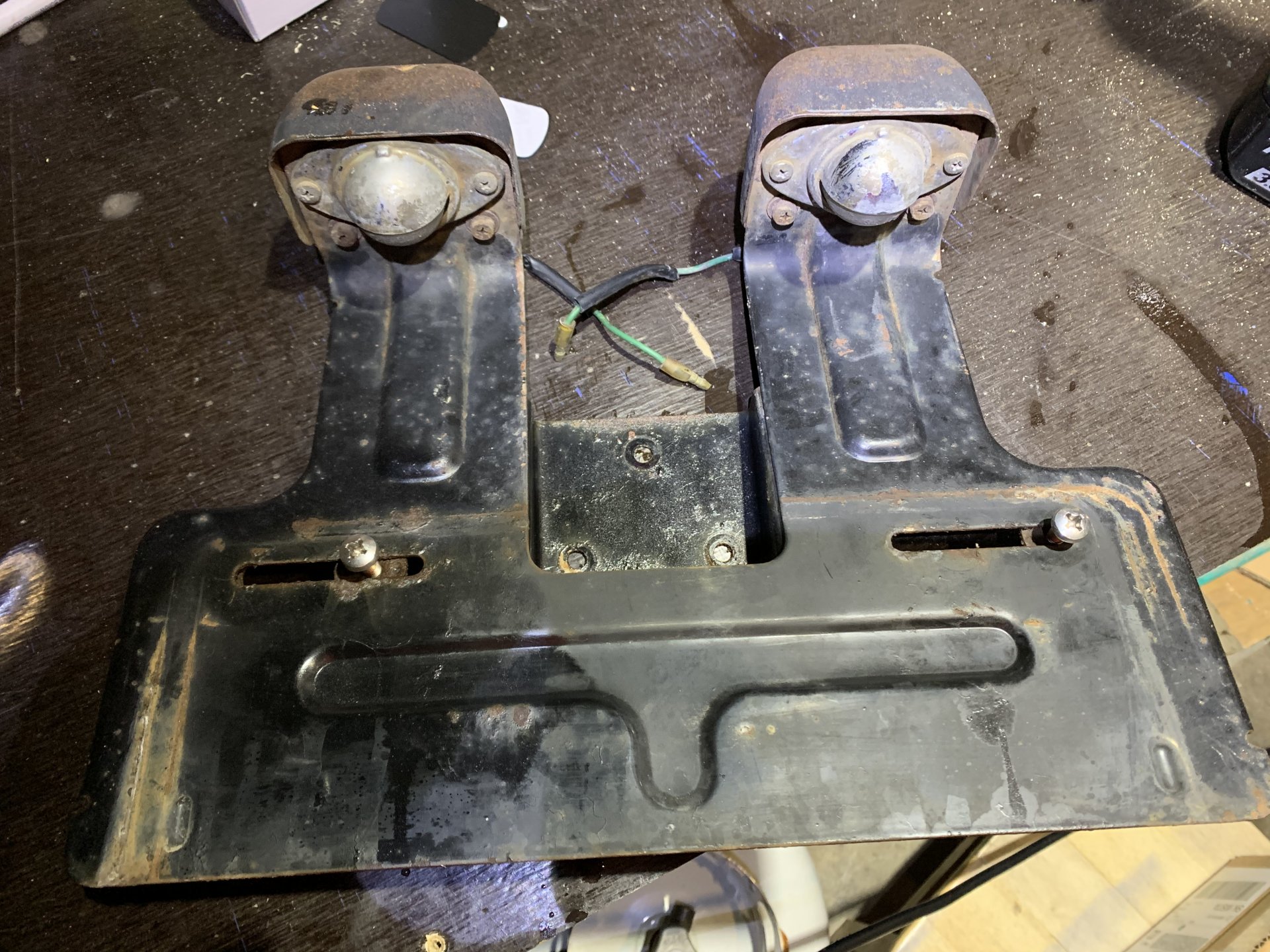 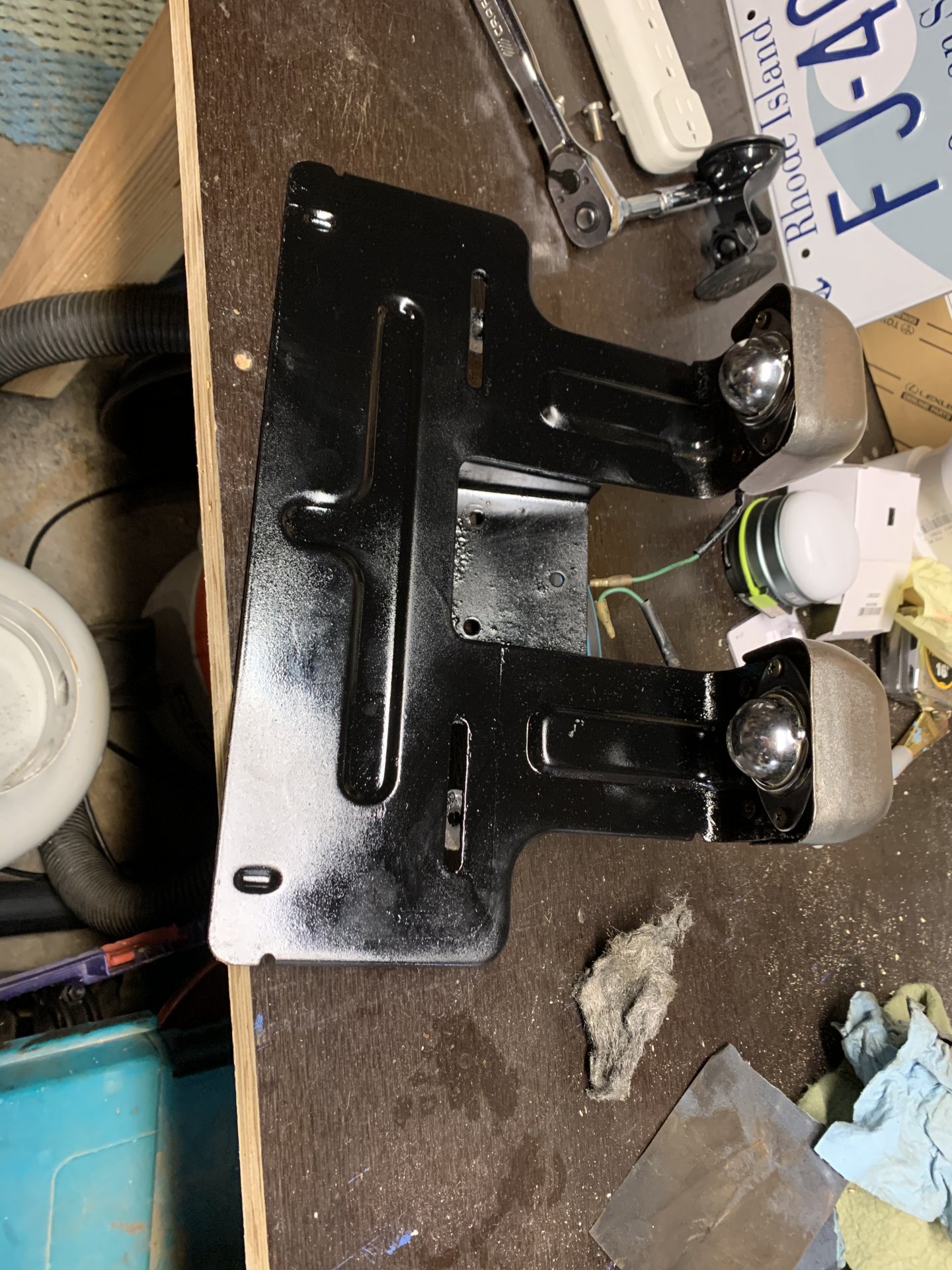 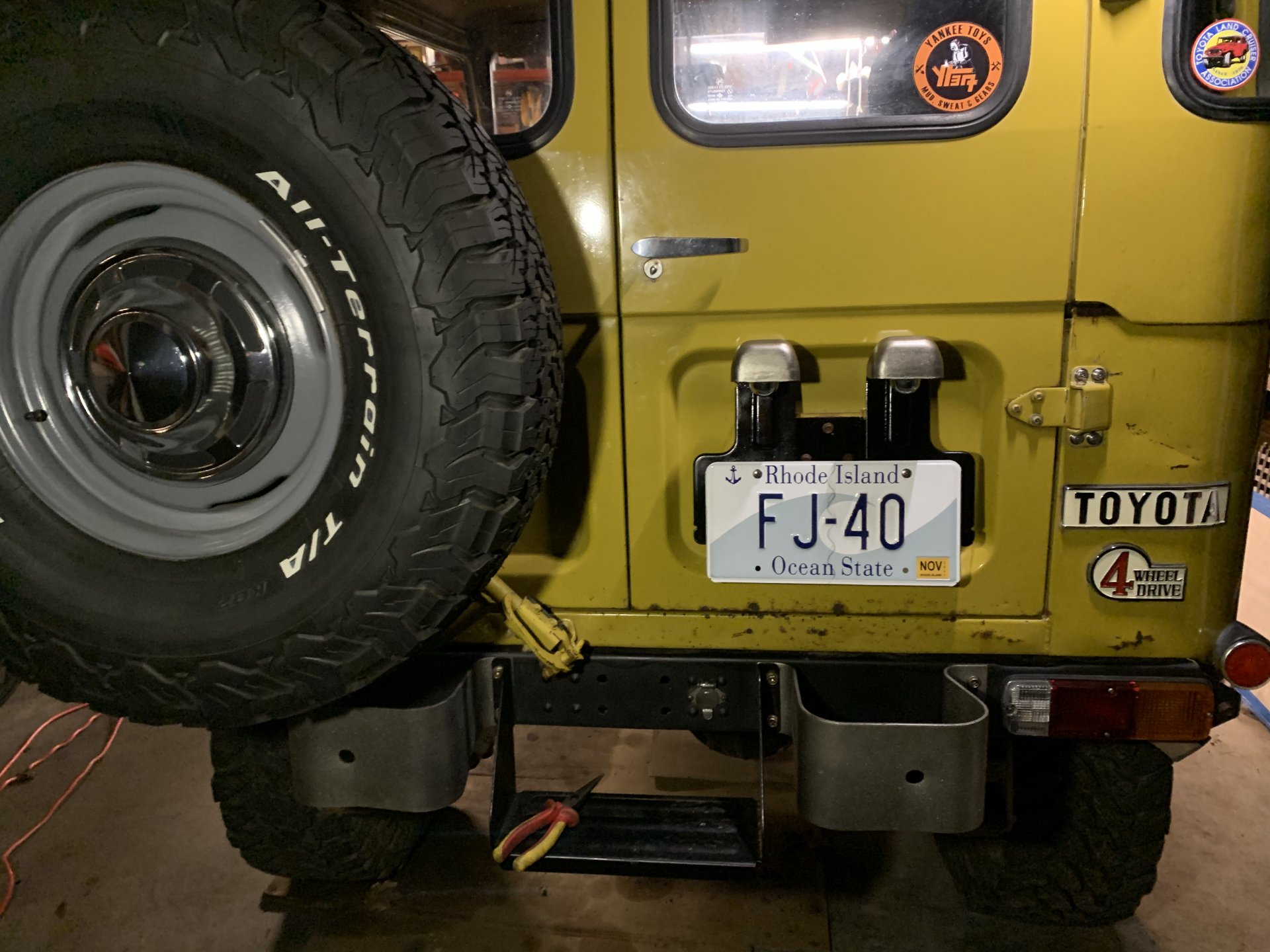 I cleaned up and then repainted the license plate holder, in honor of the latest piece of bling. It's a very Rhode Island thing, maybe they do it in Delaware too? I'm guessing this plate was scooped up long ago in places like California or Colorado. I was shocked it was still available, figured Fred Jones would have grabbed it or something.


Looking good...I need to paint my license plate holder (was wondering what to do with what was left of my Eastwood paint - thanks for inspiring me).

Did you paint the license plate light covers the same silver as the bumperettes?

78Mustard said:
Looking good...I need to paint my license plate holder (was wondering what to do with what was left of my Eastwood paint - thanks for inspiring me).

Did you paint the license plate light covers the same silver as the bumperettes?
Click to expand...

Yes, same silver. It's not a perfect match to the OEM pewter, but it works. The black paint didn't come out quite as nice as I'd like, but it's a big improvement. One day I'll set up a powder coat oven. Maybe.

Put in some grab handles for the short people in my life. Thanks to @GA Architect for the link. Purchased from SOR even though I hate paying their insane shipping fees. Had to bend them out a bit as they were about 3/4” too short but wasn’t too hard, used a vise and a rubber mallet. 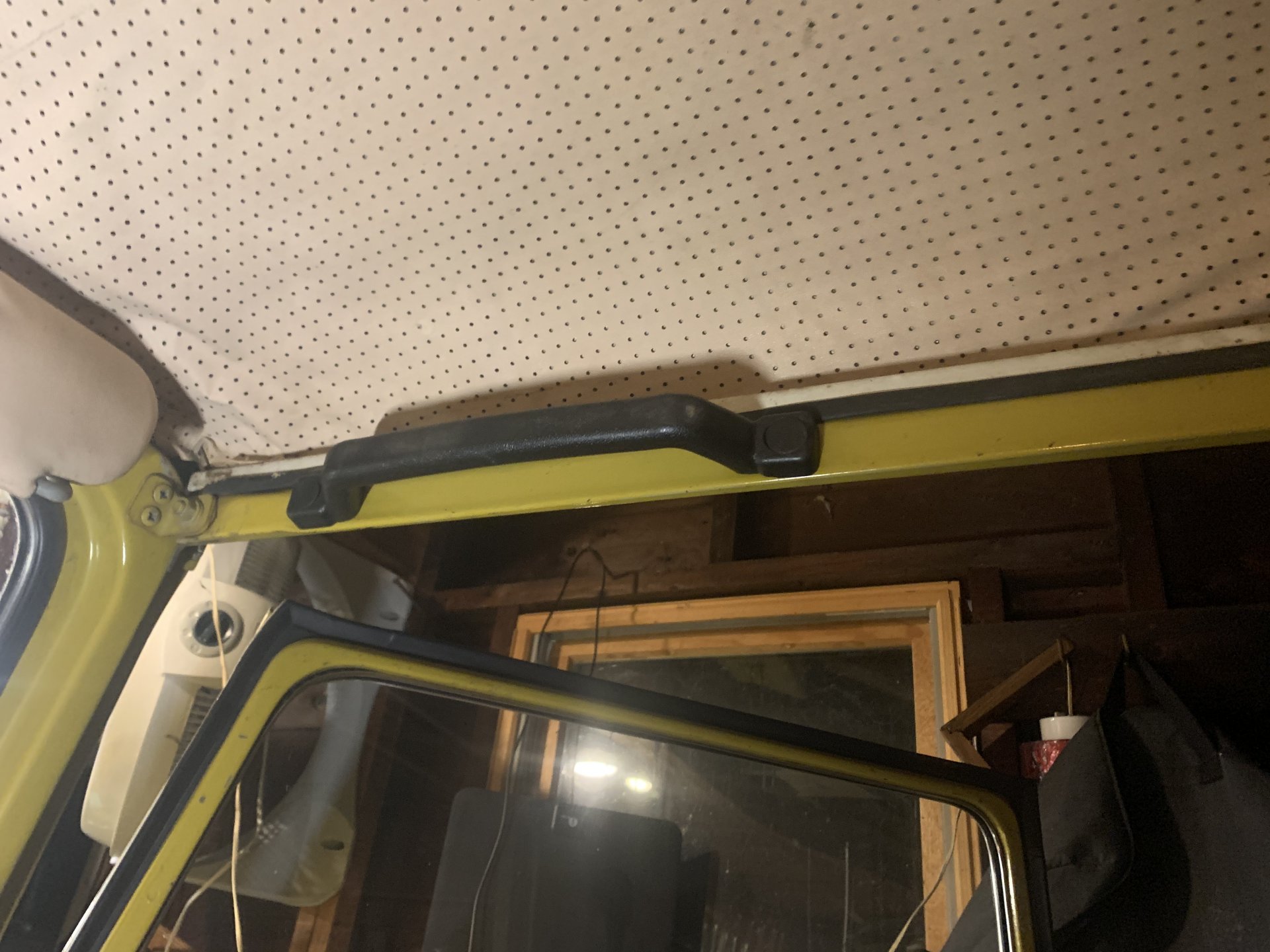 Played in the snow and went for a swim. Gonna tuck it away for the winter soon. Getting it fluid filmed next week. Then may tackle steering, some electrical gremlins and perhaps a sound system. 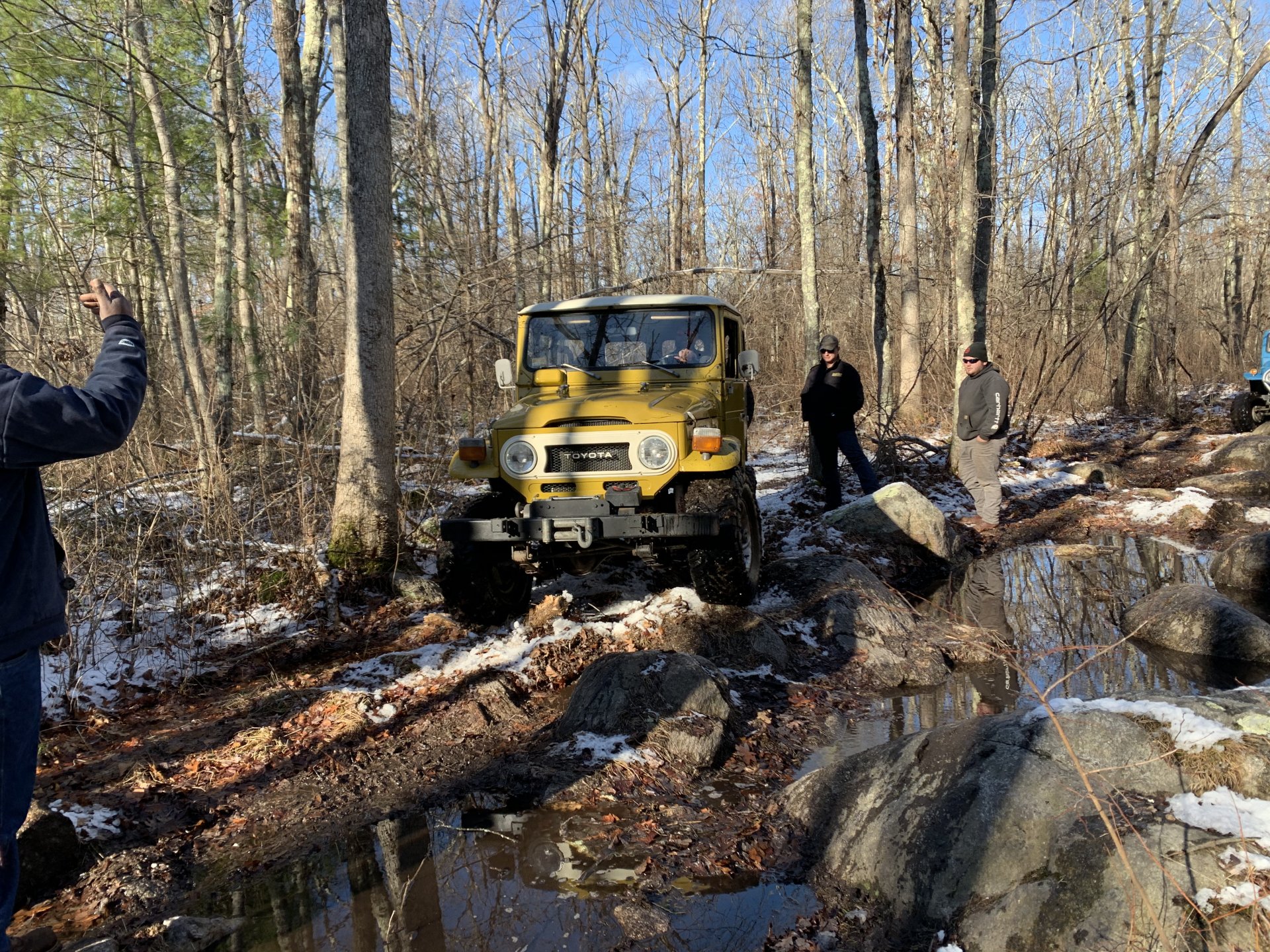 Photos of '78 through '80 2F Distributor Internals?

Which carburetors *actually work* for an FJ40??
2