I put one in an ‘06, issues I ran into:
*power signal to amp
*ds front speaker not working
*ground loop buzz in speakers
*6v rear camera
Ultimate fixes:
*ditch the stock amp, purchase 5-channel and run RCAs from HU, use stock wires out of factory amp to speakers/sub. Run dedicated power signal wire from HU.
*have to loop ds speaker at nav harness under ps seat (don’t remove this component)
*run single rca w/ integrated trigger, splice in to camera.

I have a different take on the purchase. Given the source and no install instructions or trouble shooting help, looking forward to a new release will still mean glitches, just a different type and flavor. Odds are new units next year, if that actually happens, will have glitches. It will probably cost more money. On the positive side it will most likely have a fastr processor. There's a lot of upside from the past 30+ pages of experience and glitch fixing that should be of great value. I'm buying the current unit at a very good price. JMO.

I just upgraded from a Px3 to a Px6 and I can say that I am very happy with the speed and responsiveness of the Px6 version. I probably won't need to upgrade for quite some time!

Ell Ex said:
It's definitely firmware -- it installs in the same process as a factory firmware update, and it adds functionality like the ability to adjust your phone mic volume, a few tweaks to the factory music player and a few other things I haven't fooled around with yet. Several issues that I had at startup with my backup camera and very long boot times were resolved by the update. There's no way to make a backup from the head unit, but if something were to go wrong, Sergey has factory firmware that he can send you to re-install it. My installation was completely seamless, with no issues at all.
Click to expand...

does it work for the phoenix audio tesla screen?
I

long time lurker, just registered to give back.

not the right forum but just wanted to contribute: bought one of these from aots zwnav for my 08 sequoia. 128gb rom 6-core android 9. everything did not work out of the box but i figured pretty much everything from this and other forums. now everything pretty much works. airbag lights are last issue. ac worked after selecting proper car. carplay worked after installing zlink. phone mirror easyconnect worked after they sent me the apk to install. factory jbl amp works and sounds great. backup cam w steering guides work. aux cam works. unit is stable no crashes or hangs or reboots for a week now. support is so-so; they will respond but have to beat them out to reply. so far, its been ok. replaced an excelon.

in direct sunlight it is not very visible so backlight needs to improve. touch screen responsiveness is ok. initial boot is 40s; boot from sleep is <1 sec so pretty good.

installed nes emulator but couldnt get xbox one controller to connect. 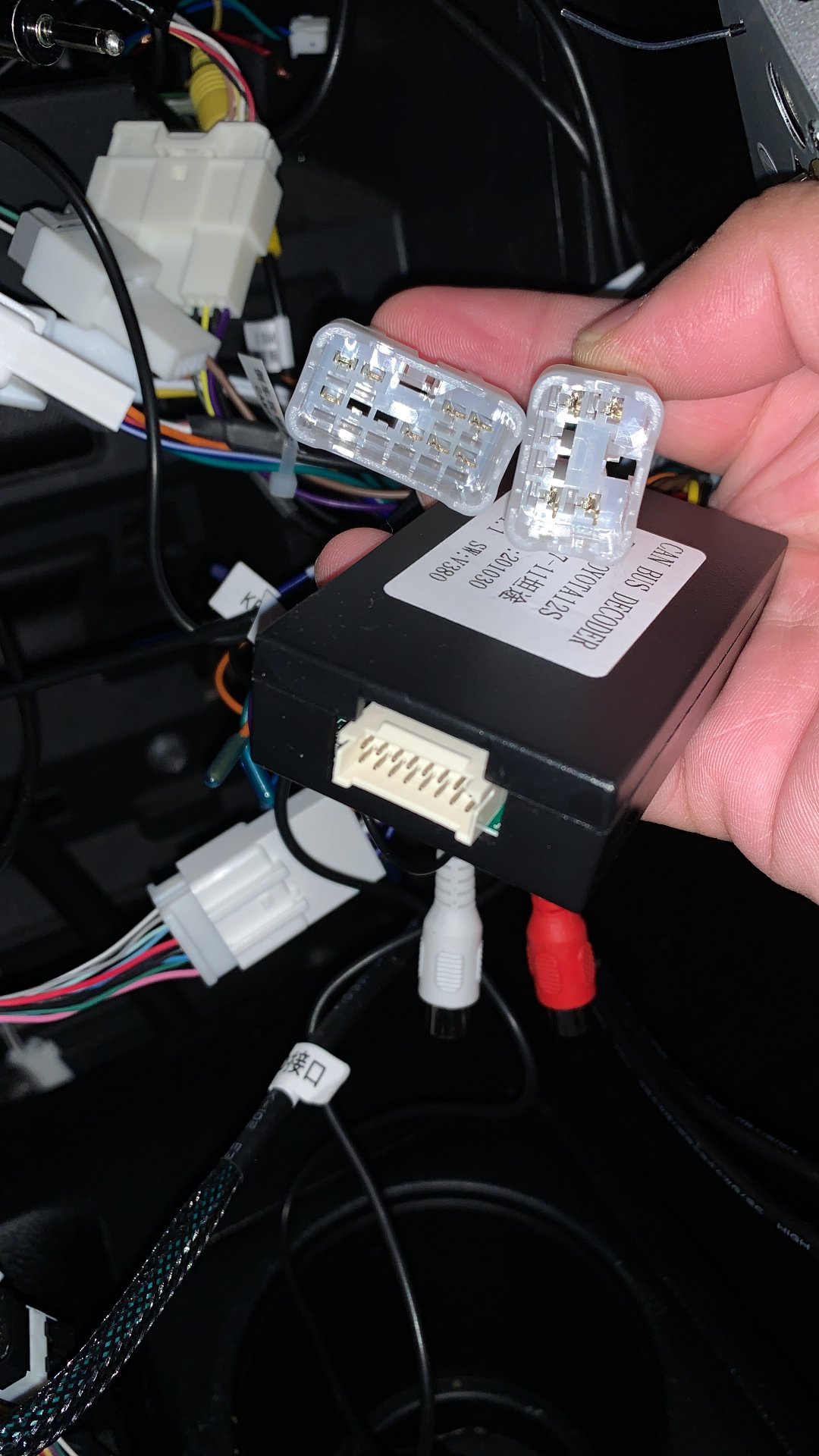 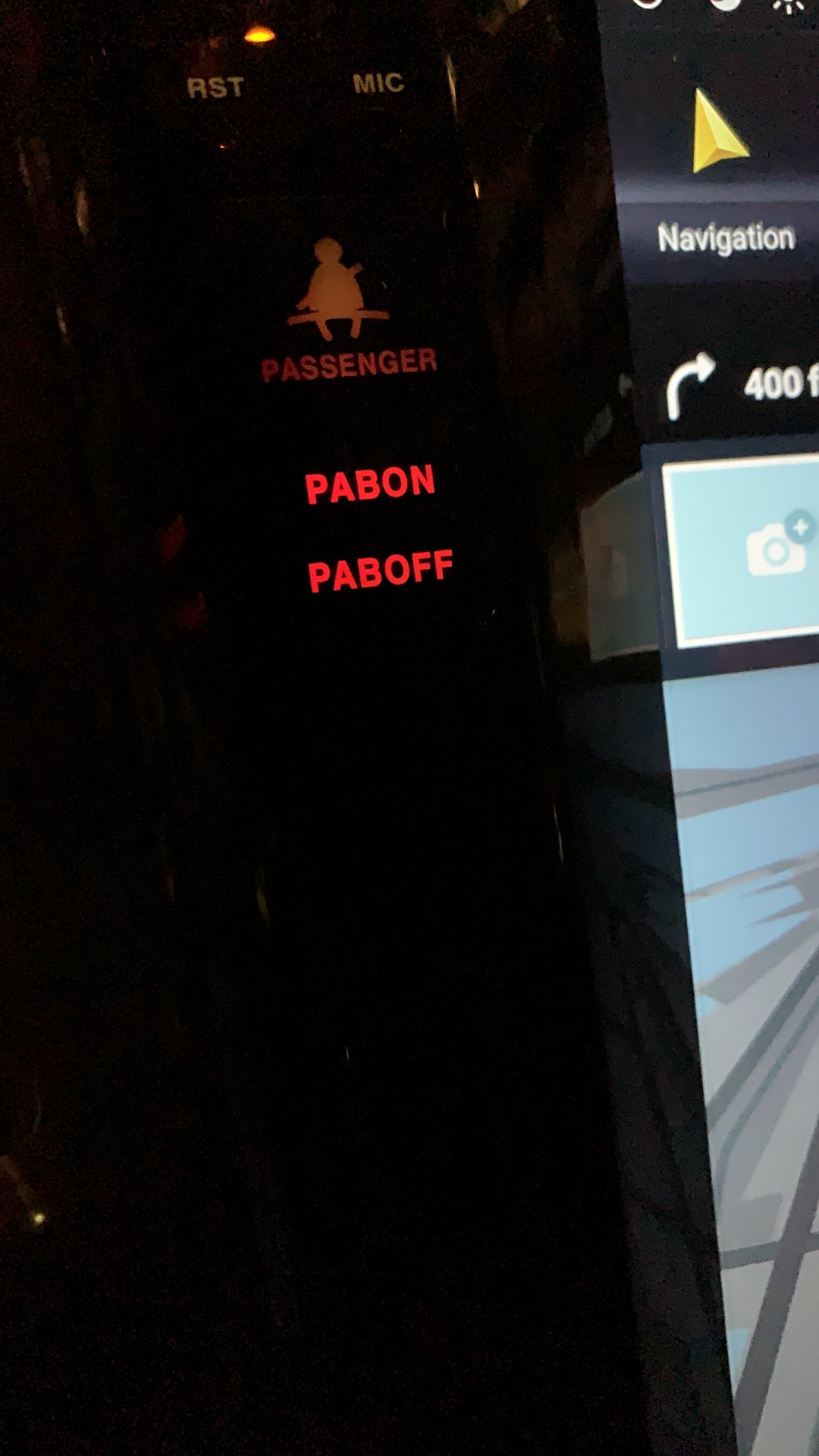 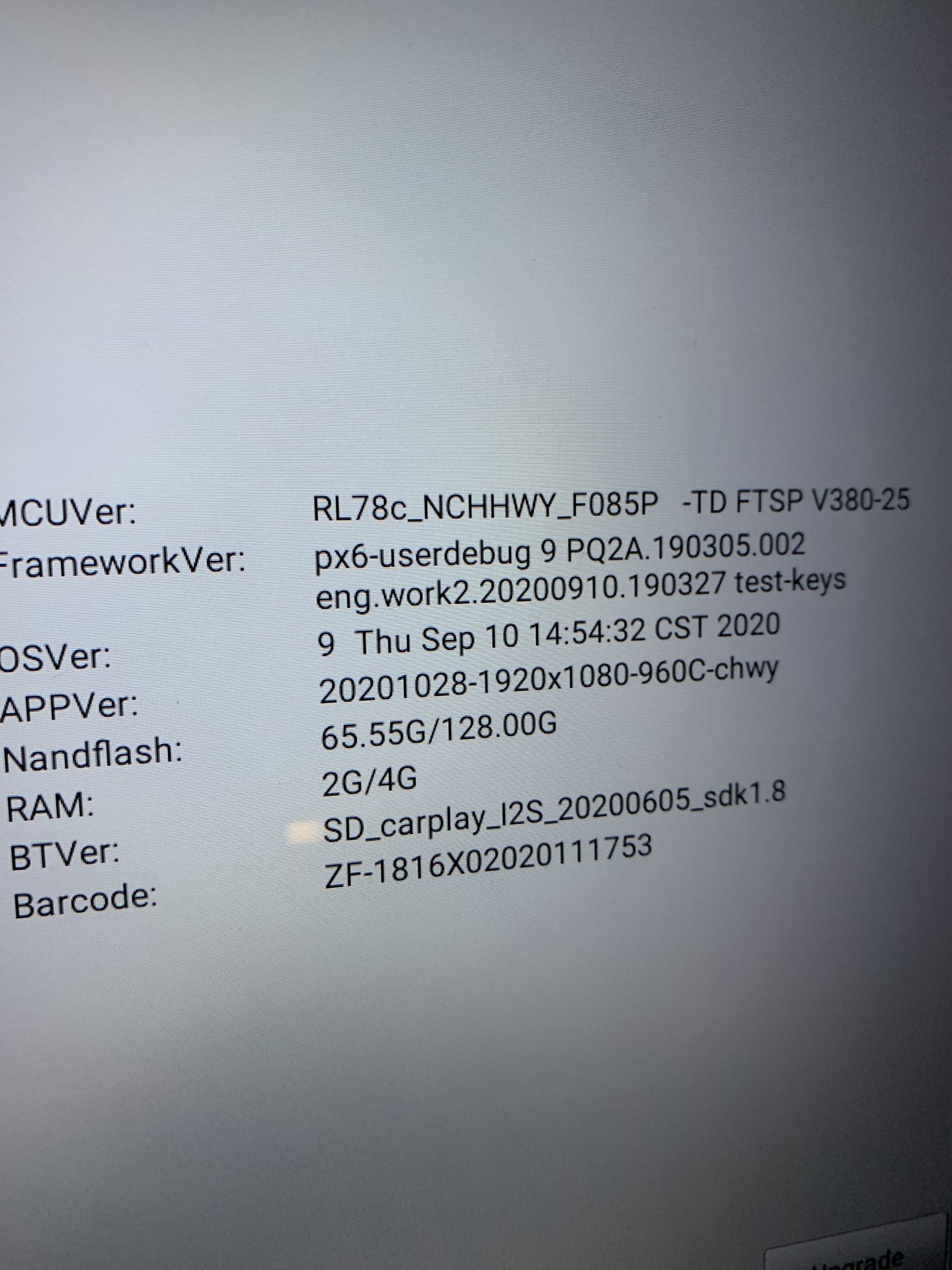 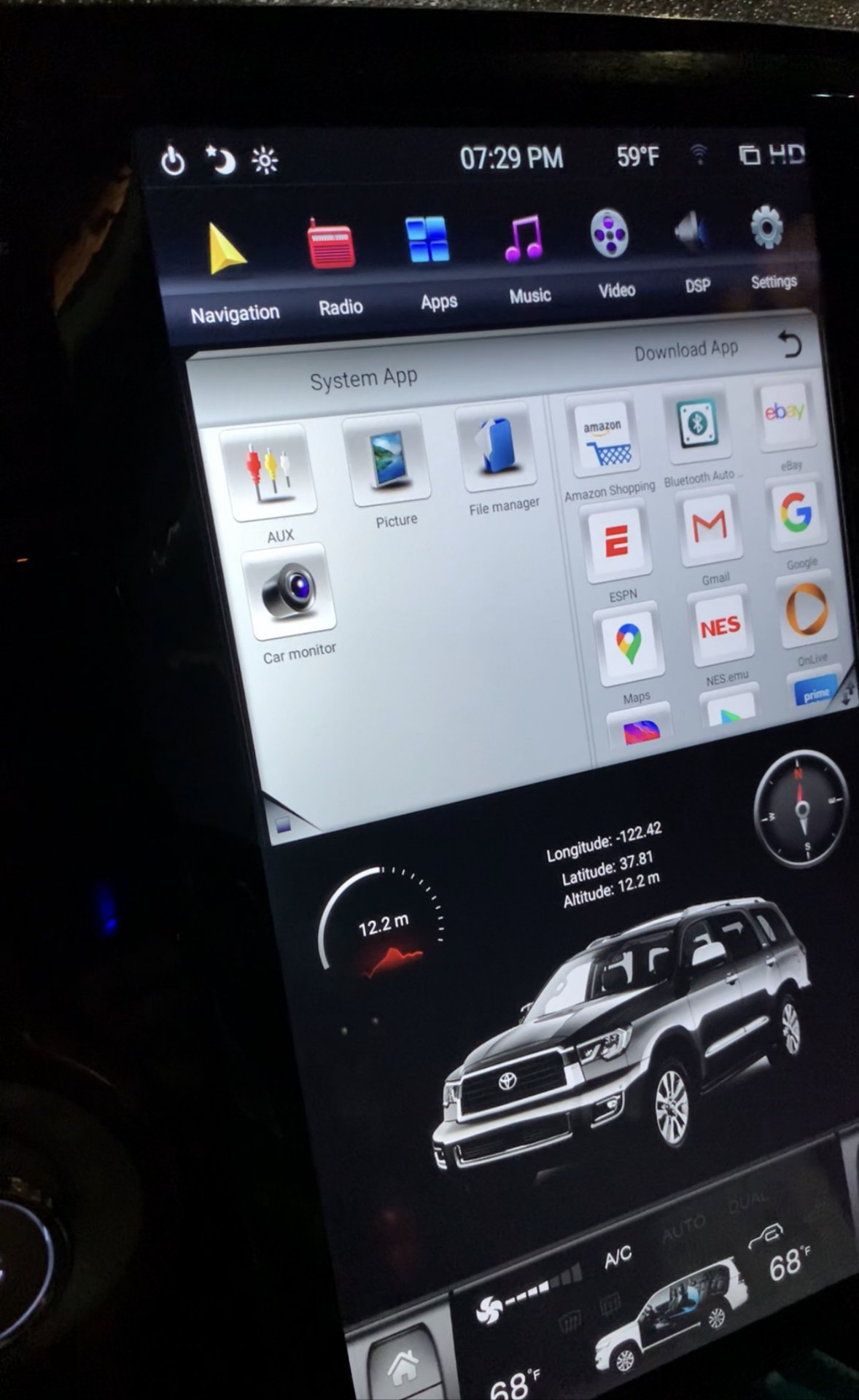 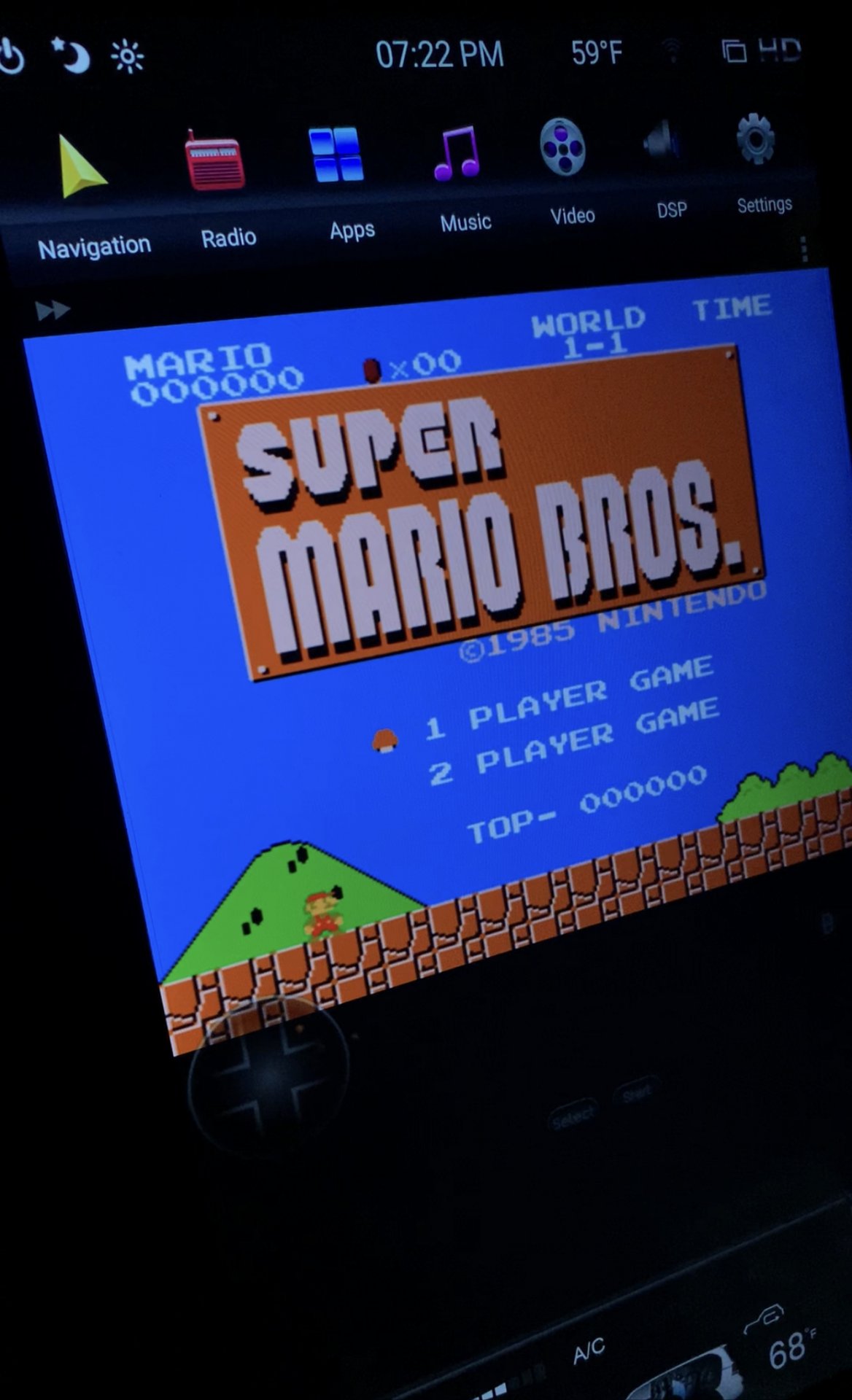 kookoopuffs said:
anybody have experience with a 05 LX?
Click to expand...

Did you need a signal processor such as an LC6i or did you run rca’s straight to your new amp.

tucker
Did you need a signal processor such as an LC6i or did you run rca’s straight to your new amp?
Click to expand...

Did you run a signal processor or line booster?
Click to expand...

BillZ260 said:
Trying to install the 99-02 Landcruiser Version right now. Anyone done this? Has anyone run across any forums with help on trouble shooting different things?

Currently, can get NO communication from the AC Amplifier to the Canbus deal. NONE of the AC controls have any detail in them, they are just hollow, and nothing does anything, can't even get the fan speed to pull up. Thoughts? I want to THINK that I'm missing a connection but I don't think it am.
Click to expand...


did you get anywhere with this. i have the same problem, installed 12.1 screen everything works fine but no AC - is there something we should do to mak the ac work

Hi guys! Just installed today. Mostly everything works, except for backup camera and steering wheel controls. Any tips? Thanks

Over the last 9 months there has been some great headway made on the ZhiFang 12.1" Tesla style touchscreen radio with integrated climate controls. There are a few dedicated threads to specific installs and I figured it was about time to create a general discussion forum as lots of good install info if getting buried in these threads.

For those of you who have not seen this yet it seems to have started here: Tesla style head unit - has anyone seen this?

Here is what they look like: ( mistered123 I hope you're ok with me snagging your pics for reference)
BEFORE 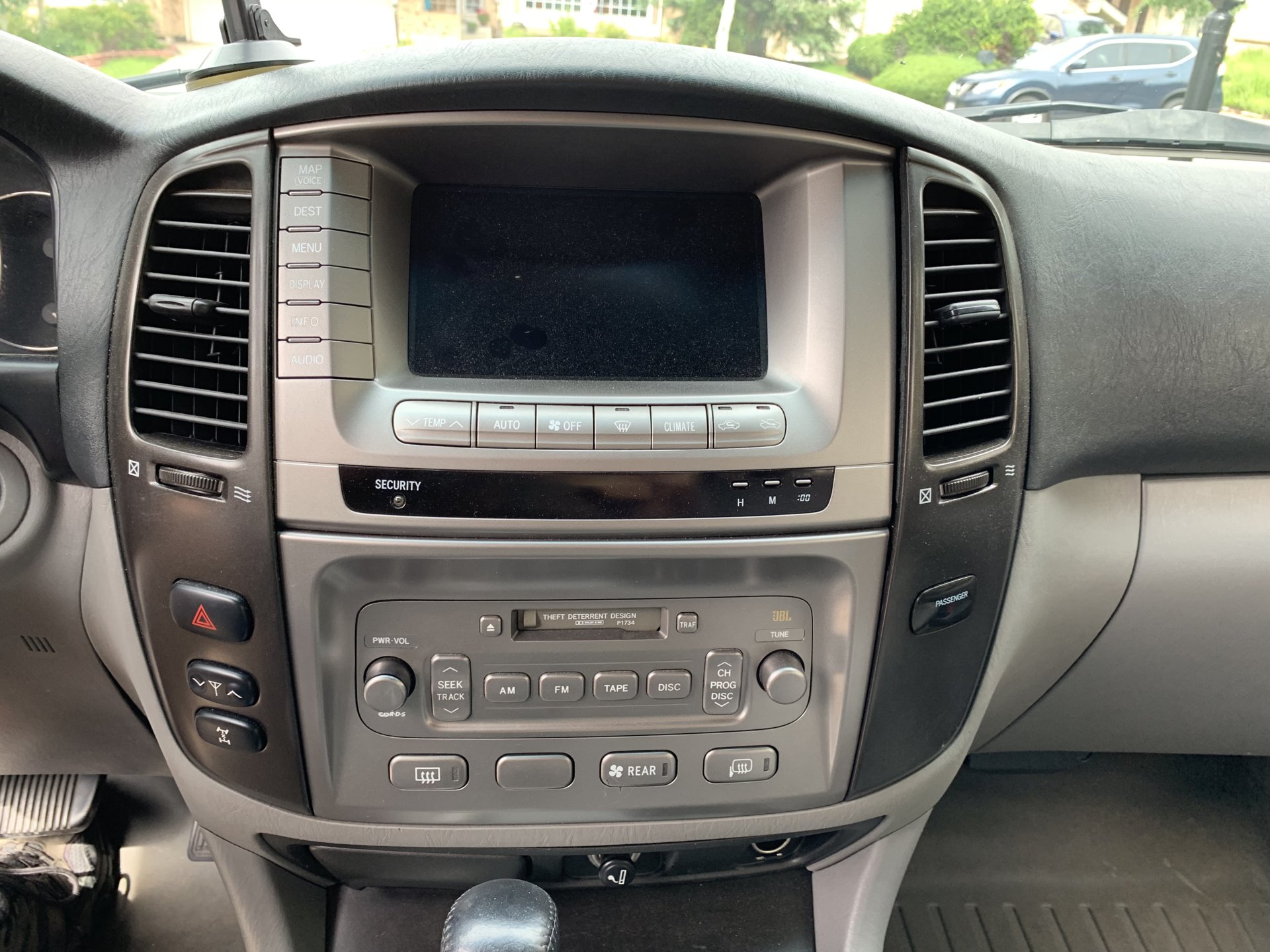 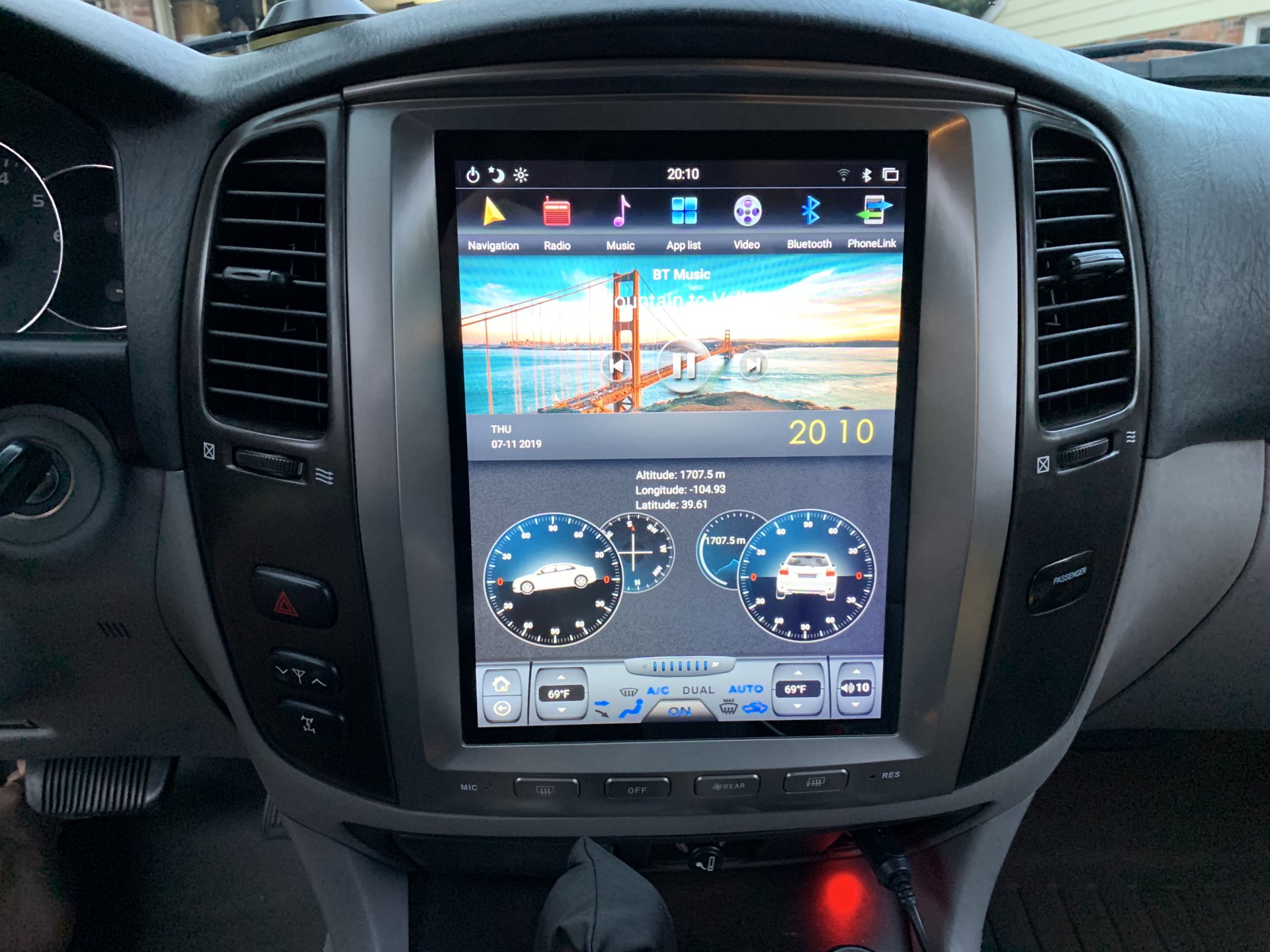 The quad core units were the first batch to come out late last year. Part #s are ZF-1301S. These used Android 7.1 and (once the wiring issues were worked out) they worked pretty well. Overall the hardware and OS where described as a little clunky, but a definite improvement over the original touch screen radios and cassette decks.

The six core units (PX6) are the latest batch out as a release of this post and are pretty good. Part # for the LC version is ZF-1301X. These are not showing up on the ZhiFang website yet, but they have ZhiFang's name on them. They look to have the same cables as the original quad core units but have worked through most of the wiring issues. Interfaces are crisp and fast with the only general complaint is the amount of time it takes to start up once you turn your key on. This is typically around 20 seconds. AC controls work great and utilize existing Toyota circuit boards as part of your original radio.

I'd like to send out BIG thanks to mistered123, LX470MK, Swainbuilt, Wetwillie, revoked, loeky, Ell Ex & all the others that have contributed so far with testing and Q&A.

These units are sold by a variety of online resellers, but they seem to be made by one manufacturer in China. They don't come with assembly or operations instructions...AND the technical support is lacking. Some have been buying from a US based radio shop, but it sounds like they were just buying these radios in bulk from China. Here is where you can find the PX6 chip set radios online for purchase:
The only thing I can tell different between the LX and LC versions is the additional side trim for the air vents as the LX trim tends to be in three pieces (one running the full width of the cassette deck) and the LC already has the appropriate vents.

Ell Ex has done a successful full install of the PX6 (6 core) units with Android in a 2006 LX470 with ML amp and custom apps. I'm in the middle of a full amp and speaker replacement with a 2004 LX470 and the PX6 unit. A few others have been working on 2003 and older installs. I've heard of a few people wanting to try these with non-nav (dedicated AC control version) 100 series trucks, but have not seen one yet.

The 2004 and newer seem to be plug and play for cables (once you figure out where they all go). There seem to still be a few extra plugs left over (3 in my case) that may have been part of the factory test.

The 2003 and older units are needing either another harness from the manufacturer or a few wire splices to work. There was a request for the "Top Model" wire harness for these truck to avoid splicing, but I cannot confirm its the final solution.

No confirmations I can find yet for getting the factory backup camera working. I'm looking at installing a new HD camera now to replace the 16 year old factory one. One in the back and one up front hopefully.

I am hoping to write up a first draft of an installation guide for my experiences on a full amp replacement and am willing to share with others to alter for 2003 and older versions as well as ML integrations/tips/tricks.

My hope is that this can be a source for good general information on the radio installs, applications, mods and troubleshooting and the model specific threads can serve those specific needs without getting cluttered with off topic discussions.

Hope you all find this helpful. I'll try to get my install guide uploaded soon.
PLEASE ADD YOUR EXPERIENCES AND COMMENTS.

do you have version 2 out yet with the full audio upgrade with amps?

Climate controls stopped working again, as well as steering wheel controls never worked. What car type has everyone picked in settings? That may be the fix to my issues

hydronos said:
I'm having the weirdest issue today where the climate control screen is showing up in the top half the screen and the wallpaper and play button are in the bottom half

it just happened to mine. Did you figure it out?

It sounds like this still isn't ready for prime time. Hopefully all of these bugs will finally get worked out.

S.CarolinaFZJ80 said:
It sounds like this still isn't ready for prime time. Hopefully all of these bugs will finally get worked out.
Click to expand...

i just had mine installed yesterday and everything is working as it should right out of the box. I'm very impressed actually... a bit surprised too considering everything i've read here...

Smitty4699 said:
i just had mine installed yesterday and everything is working as it should right out of the box. I'm very impressed actually... a bit surprised too considering everything i've read here...
Click to expand...

That's reassuring. Please post up how it goes for you.
M

Smitty4699 said:
i just had mine installed yesterday and everything is working as it should right out of the box. I'm very impressed actually... a bit surprised too considering everything i've read here...
Click to expand...

Do you mind sharing which unit you got for your car and from which seller? Thinking about getting one for my 2004 LC. Thanks!
L

Smitty4699 said:
it just happened to mine. Did you figure it out?
Click to expand...

There’s a little icon you touch to move it from top to bottom. Open the climate controls with a split screen app line the radio. I think you’ll see the little icon in the corner of the radio app but haven’t done it in a while.
You must log in or register to reply here.