New low beam bulbs. I’ll do the 9011/9012 thing another time. I’ve used these as fog light bulbs in my last Sequoia and my Tundra and was pleased with the performance for the price at about $15 for the pair. 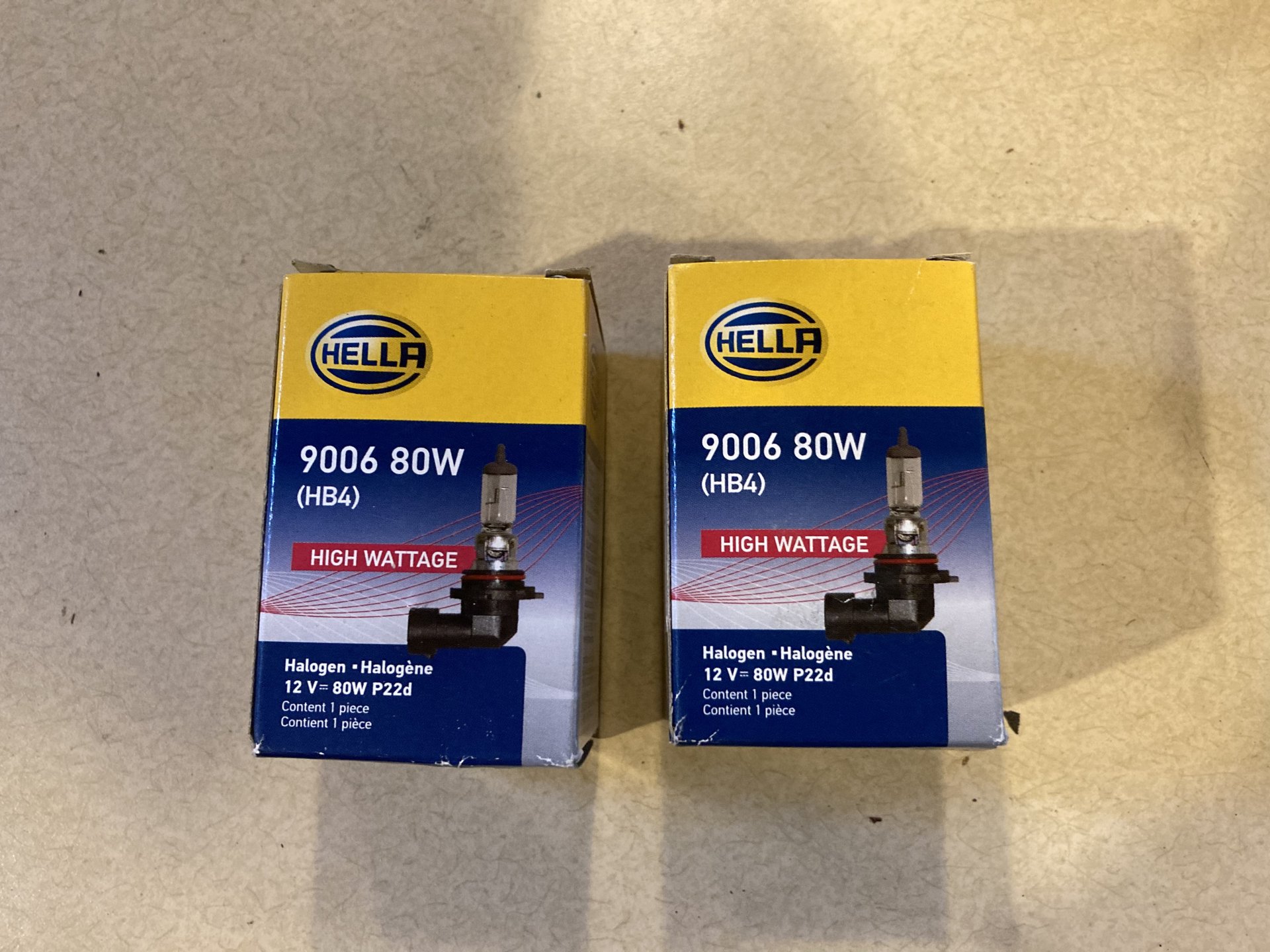 Weathertechs. A lot of people here aren’t thrilled with the fit. I had them in my Sequoia and thought they were great so I gave them another try. It’s true that they don’t fit as well in a 100. Way better than the stained up factory rugs though and I like how the interior is a bit darker now. I didn’t do a cargo mat as I see drawers in my future. 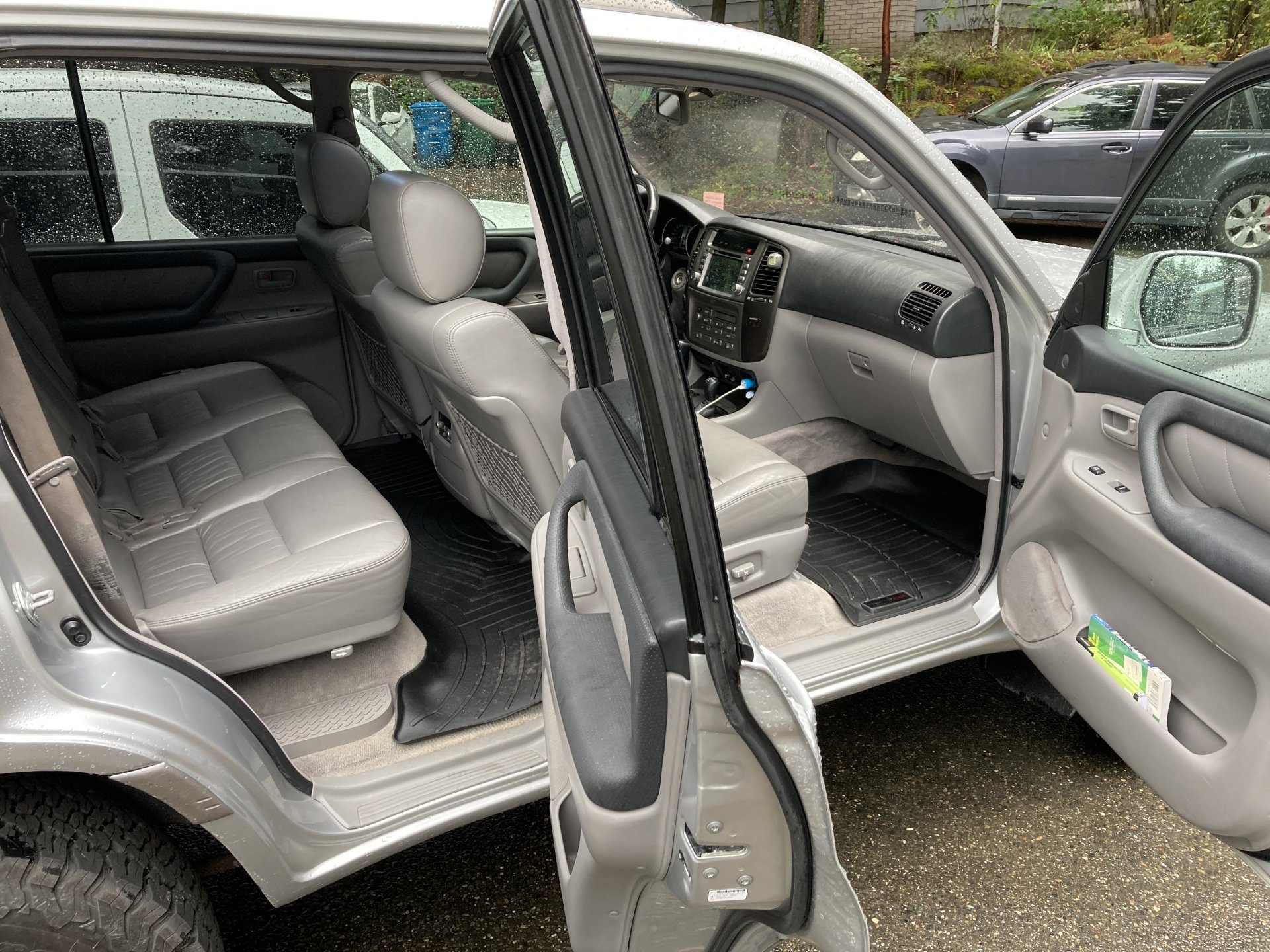 Wheels and tires are finally on. 73-74lbs per corner, just barely heavier than the factory 18’s. Ride quality is drastically improved. 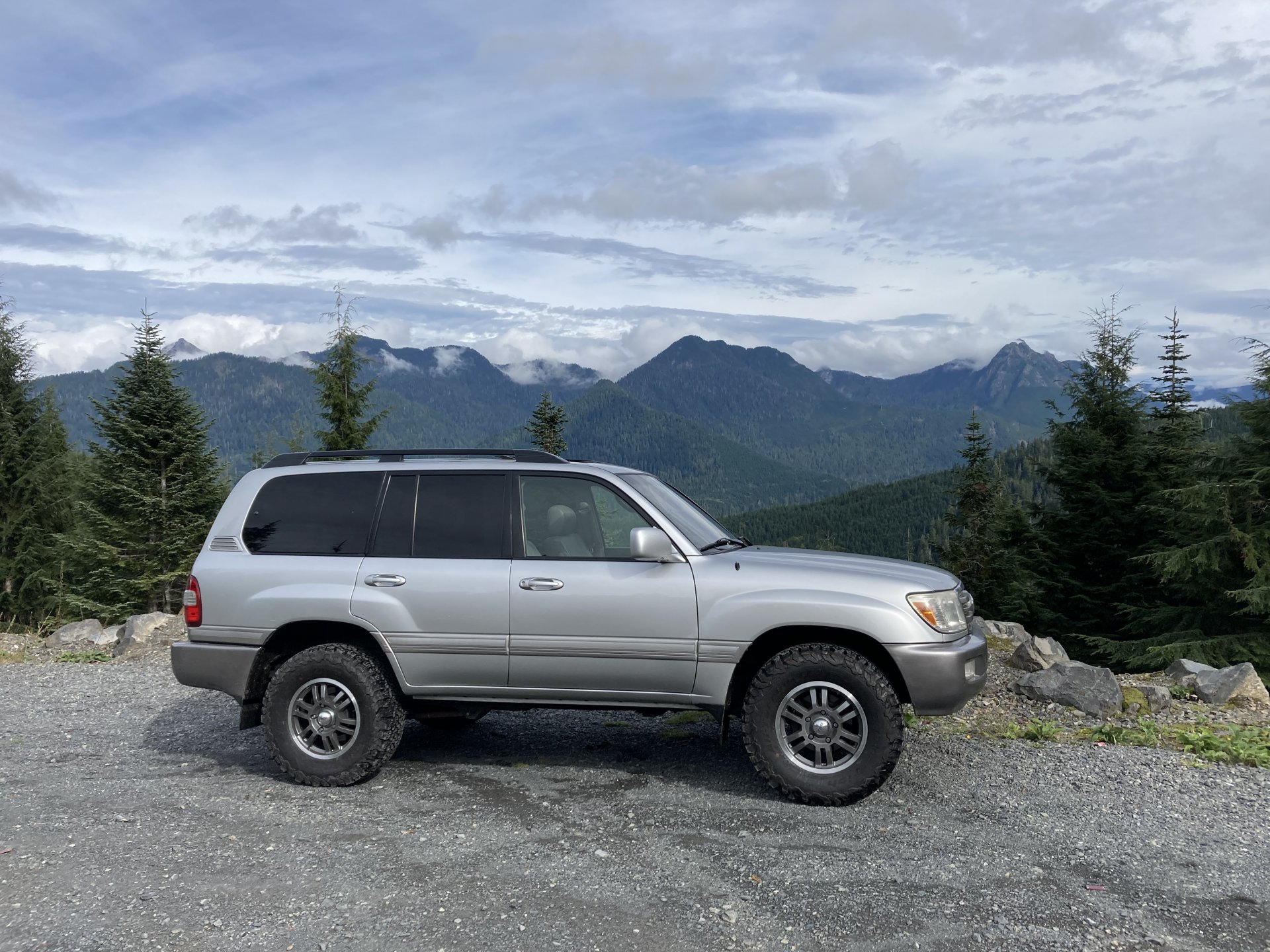 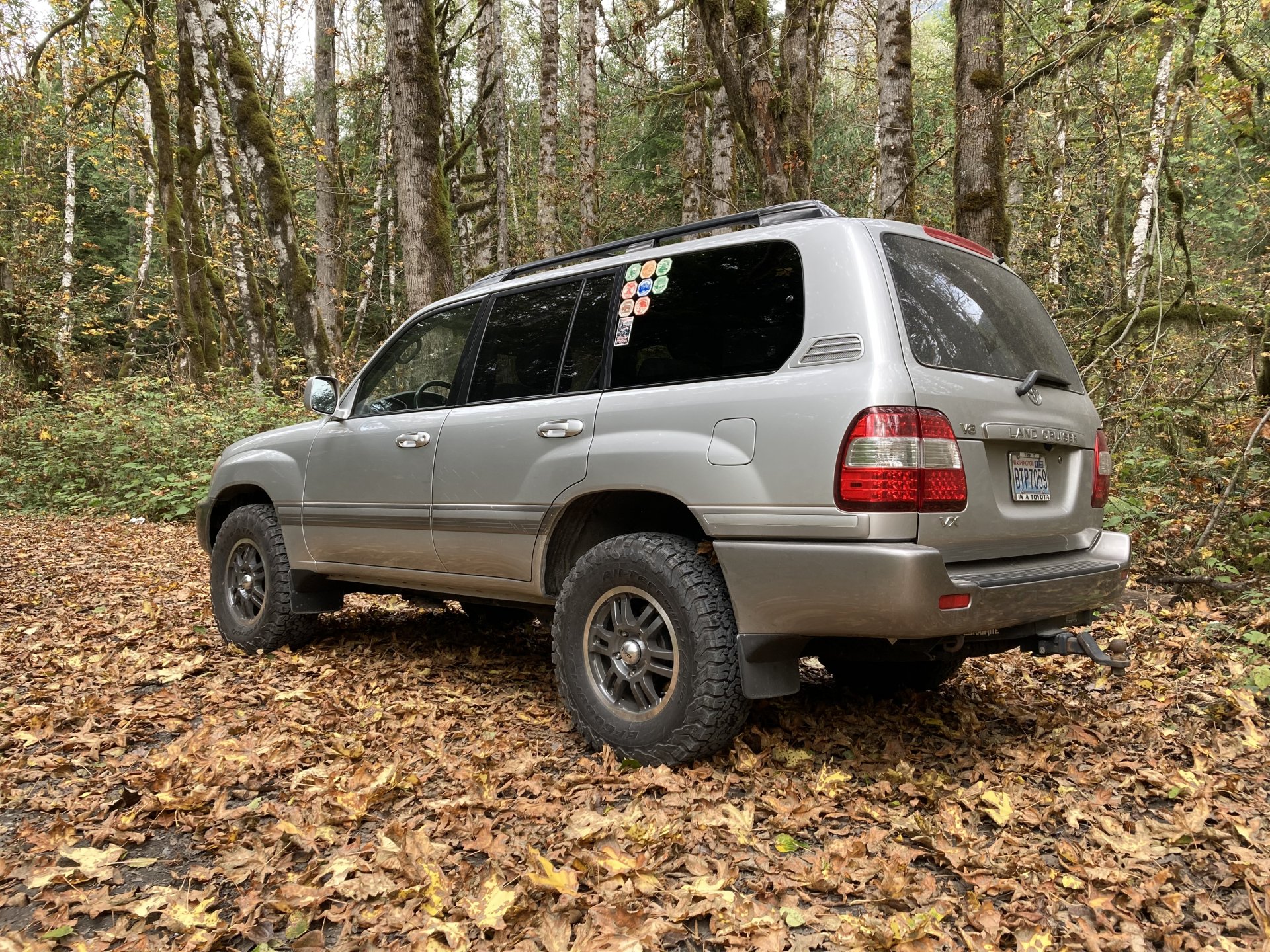 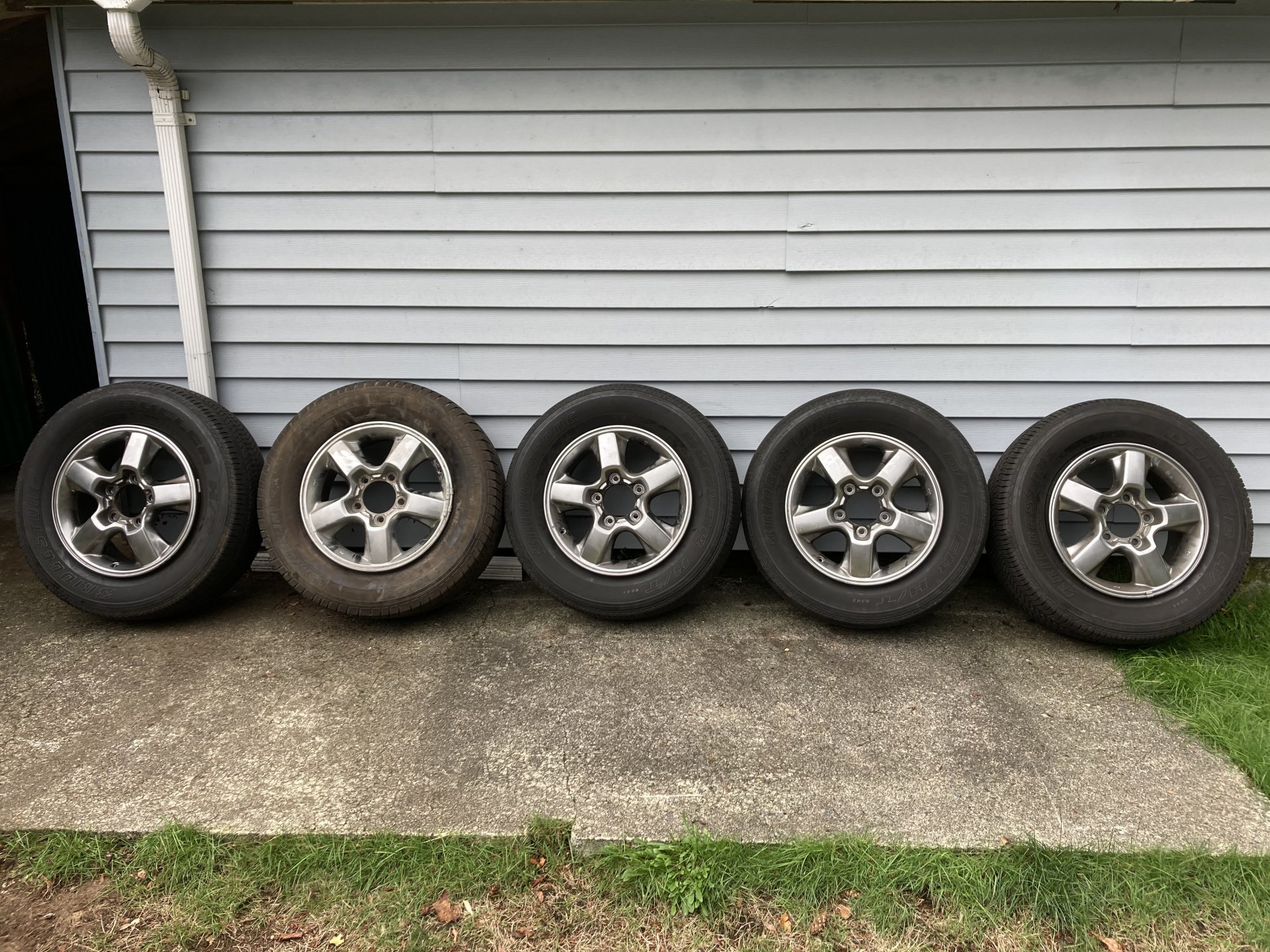 Great build/journey thread, @GTV ! What wheel/tire set up is that, and do you mind sharing what you meant by improved ride quality?
I

GTV said:
New low beam bulbs. I’ll do the 9011/9012 thing another time. I’ve used these as fog light bulbs in my last Sequoia and my Tundra and was pleased with the performance for the price at about $15 for the pair.
View attachment 2461463
Click to expand...

I just ordered those bulbs for my Sequoia, based I think, on your thread. While I was at it, I did my heater tees, again inspired by your (re)build threads. It turns out the old ones were perfect @109k mi. I think they must have been done with the timing belt change at 80k mi. The tip off should have been the clamps facing "up". Oh well. Now I have some spares for 100k from now (lol)?

Great thread. Thanks for sharing this info (because even though I have a tree, a 100 is in the future cards).

JZGarage said:
Great build/journey thread, @GTV ! What wheel/tire set up is that, and do you mind sharing what you meant by improved ride quality?
Click to expand...

All the info you've never wanted on my wheels and tires can be found here.
Going to a smaller 17" wheel and a taller tire made the sidewalls a lot thicker which absorbs bumps a lot better. I also chose a more conservative 6 ply/C load range tire to avoid the stiff nature of the more popular E load range tire.

imatalltree said:
Great thread. Thanks for sharing this info (because even though I have a tree, a 100 is in the future cards).
Click to expand...

Careful, it's the fault of this forum that I sold my perfectly reasonable Sequoia!
Last edited: Oct 19, 2020
I

GTV said:
Careful, it's the fault of this forum that I sold my perfectly reasonable Sequoia!
Click to expand...

Lol, it's part of the plan. Don't tell my wife. 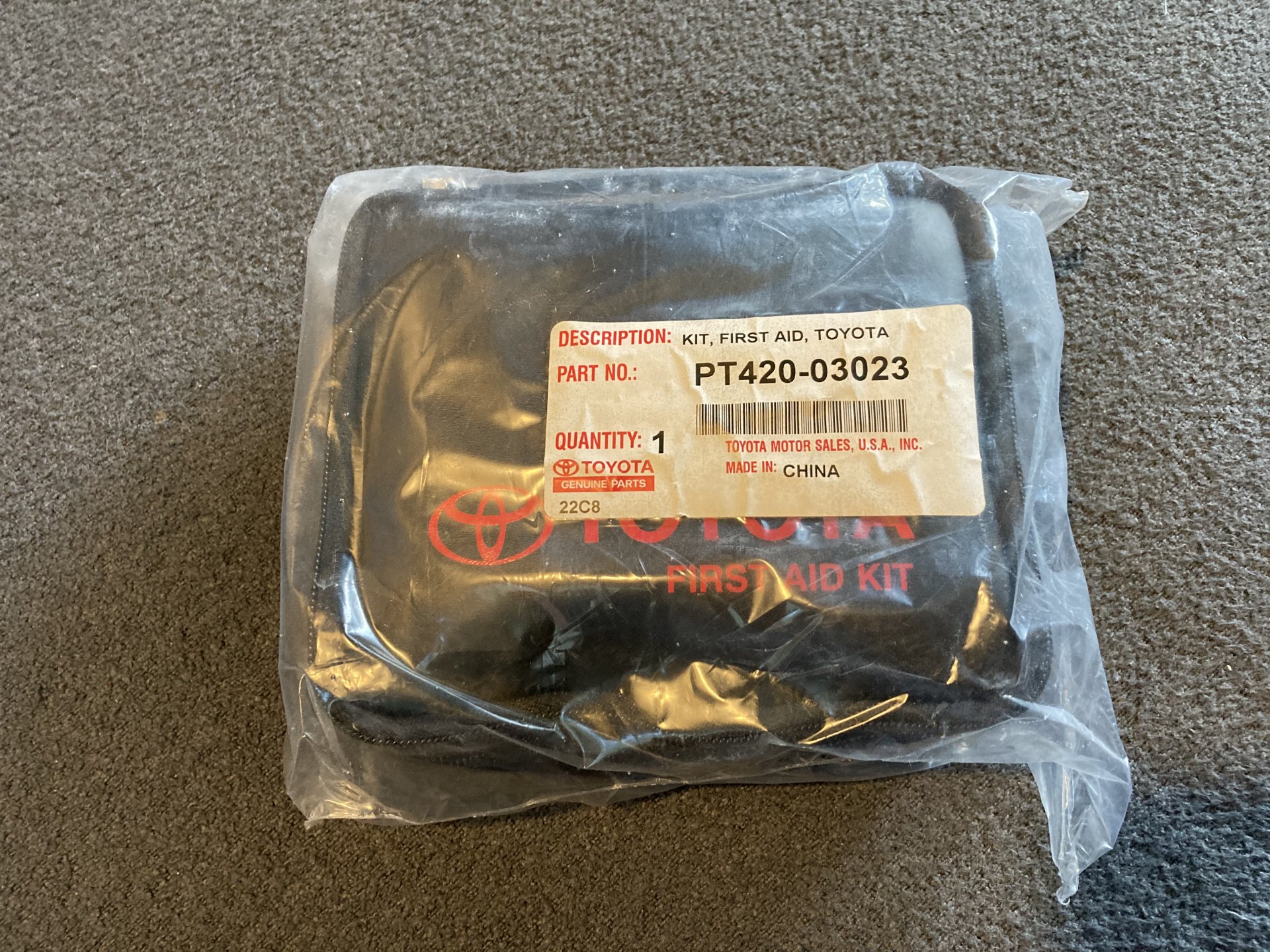 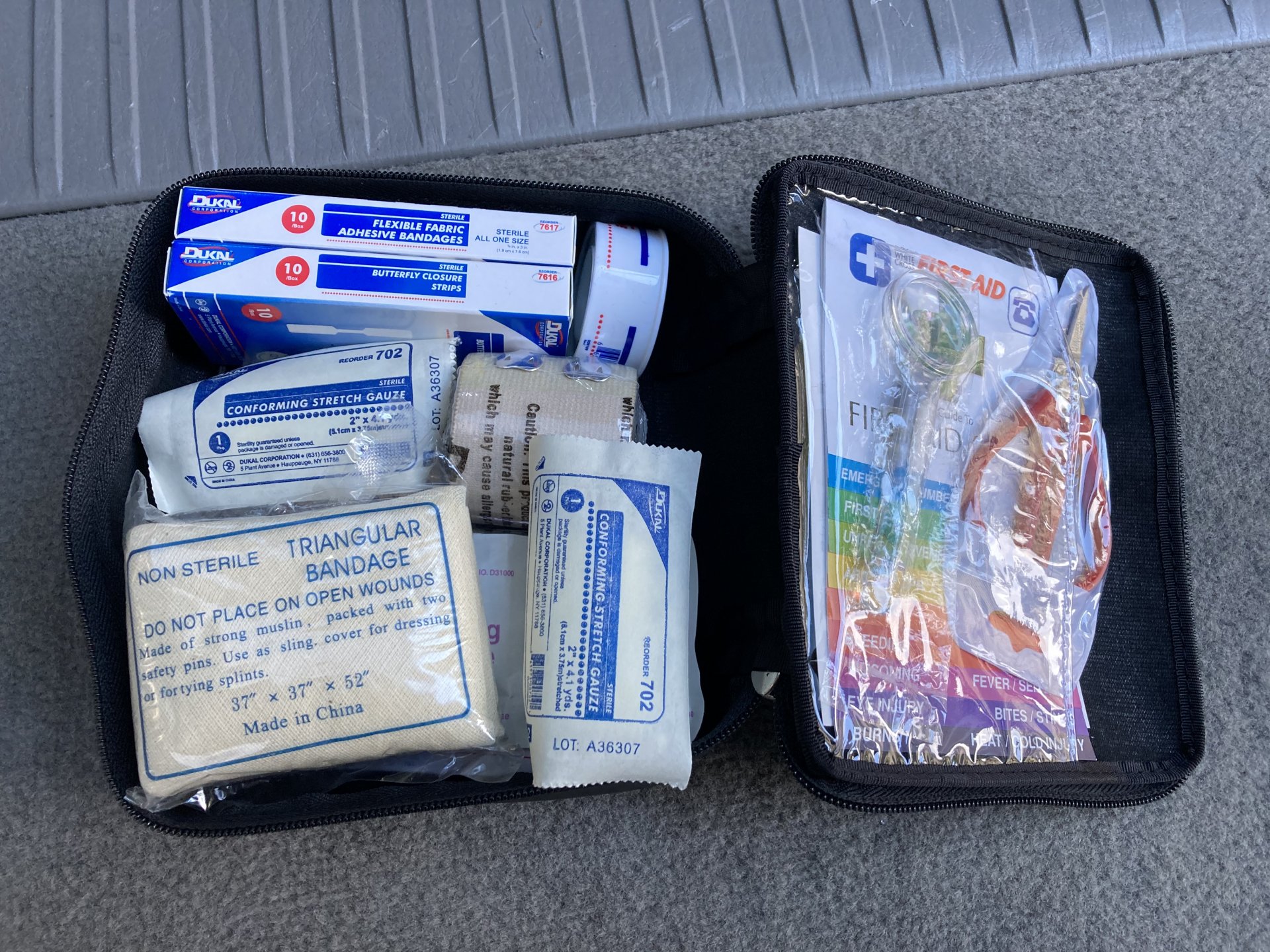 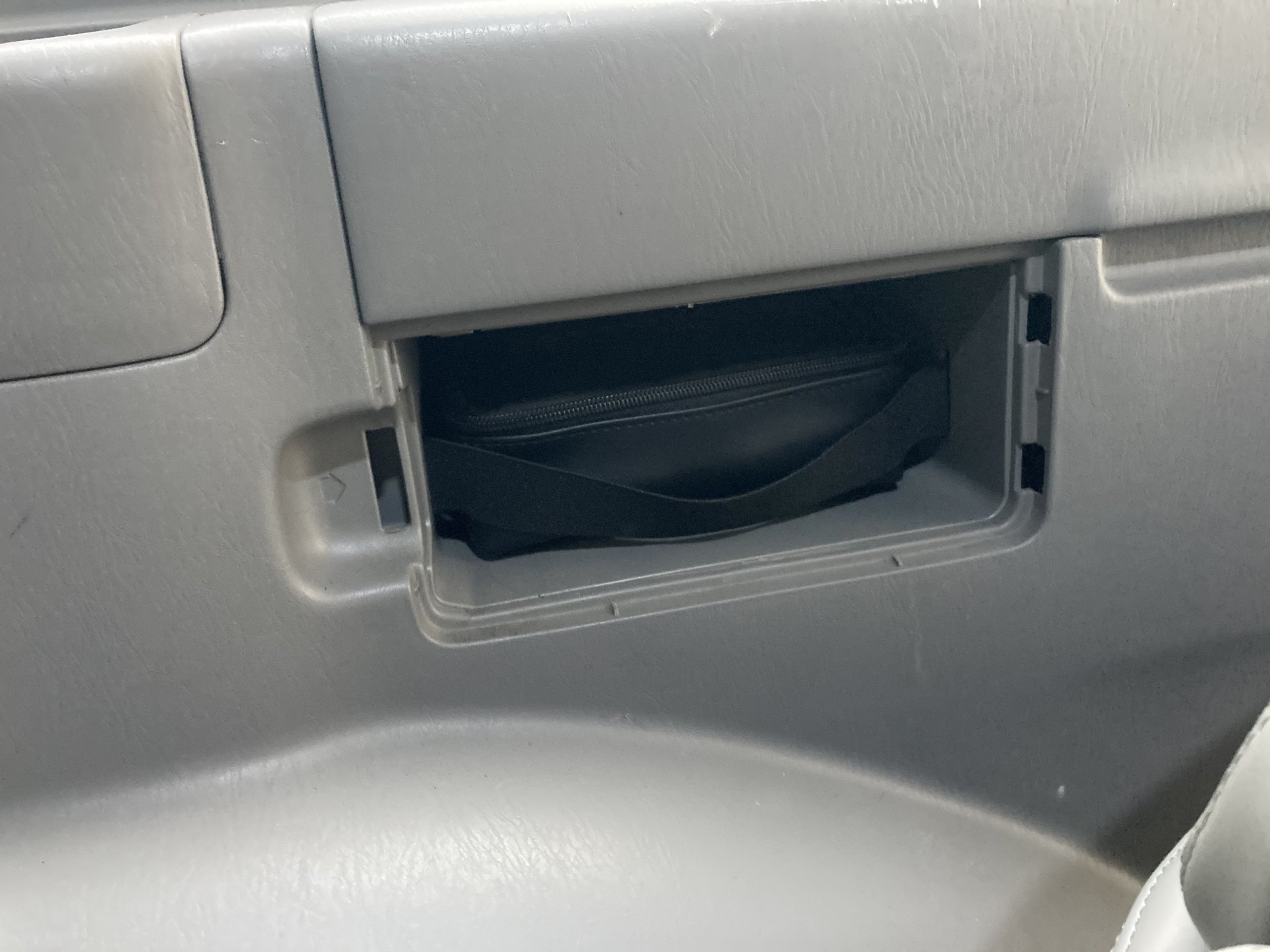 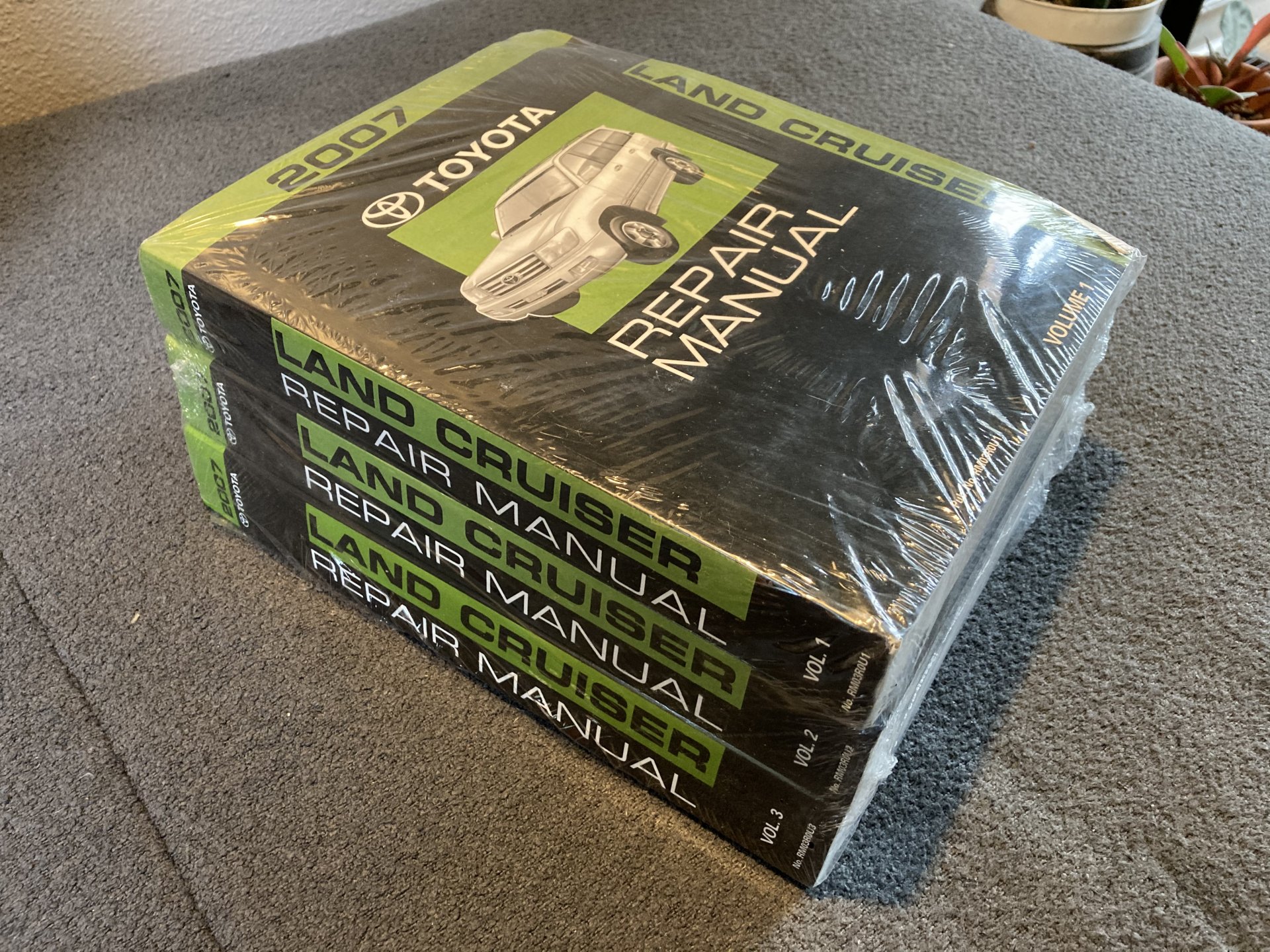 Interesting! Are you able to say from where these hardcopies were purchased?

By the way, the further documents at the following link may be of interest if you do not already have them:

Find everything you need to know about your 2007 Toyota Land Cruiser in the owners manual from Toyota Owners.

IndroCruise said:
Interesting! Are you able to say from where these hardcopies were purchased?

By the way, the further documents at the following link may be of interest if you do not already have them:

Find everything you need to know about your 2007 Toyota Land Cruiser in the owners manual from Toyota Owners.

Found them on eBay from this seller. They aren’t cheap but doing all of my own maintenance is the only way I could afford this thing.

Luckily I’ve got the rest of the manuals

I got a lot of small jobs done yesterday. First off, getting rid of those awful LED interior lights. 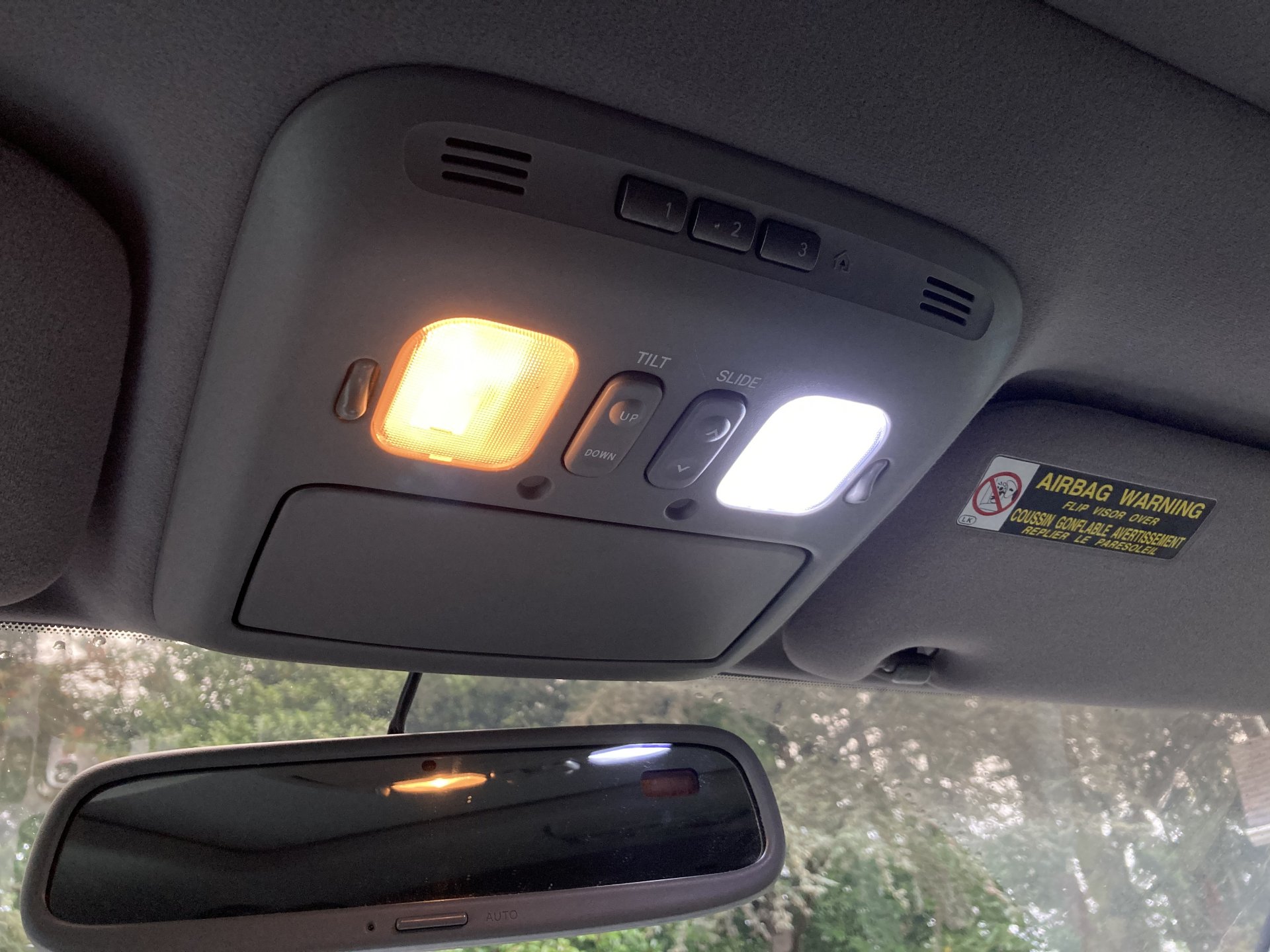 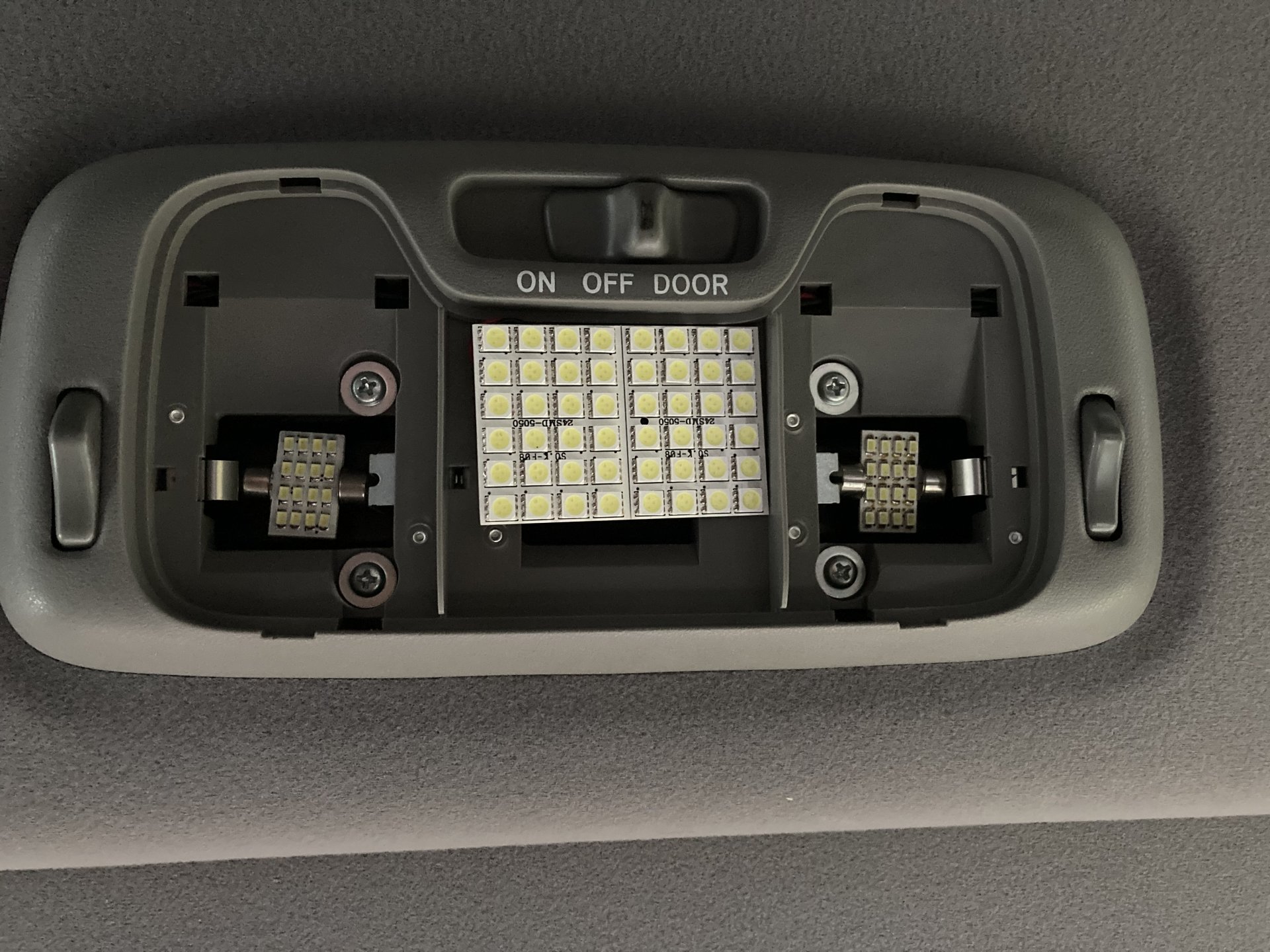 Installation on these LED’s was really ameuter. I much prefer the incandescent bulbs but I’m not wild about the yellow. White would be nicer, maybe I’ll find some white bulbs some day.
Next up, some fun behind the glove box. When I first got this truck I noticed that the fan sounded very asthmatic in the higher settings. Air volume wasn’t what I thought it should be either.
My passenger also noticed a few drips coming down from the dash.
I also learned that the gizmo behind and to the left of my glove box should have a string and clip attached to it and was a dampener.

So when I finally got this home I checked the cabin filter that @2001LC installed but I didn’t realize there was a second filter on the bottom.

HVAC filter additing was one first up.

I’m very thankful to Paul for documenting all of the work that has been done to this LC. The information has proven to be invaluable to me. He noticed the restriction as well so I ordered up some OEM cabin filters. 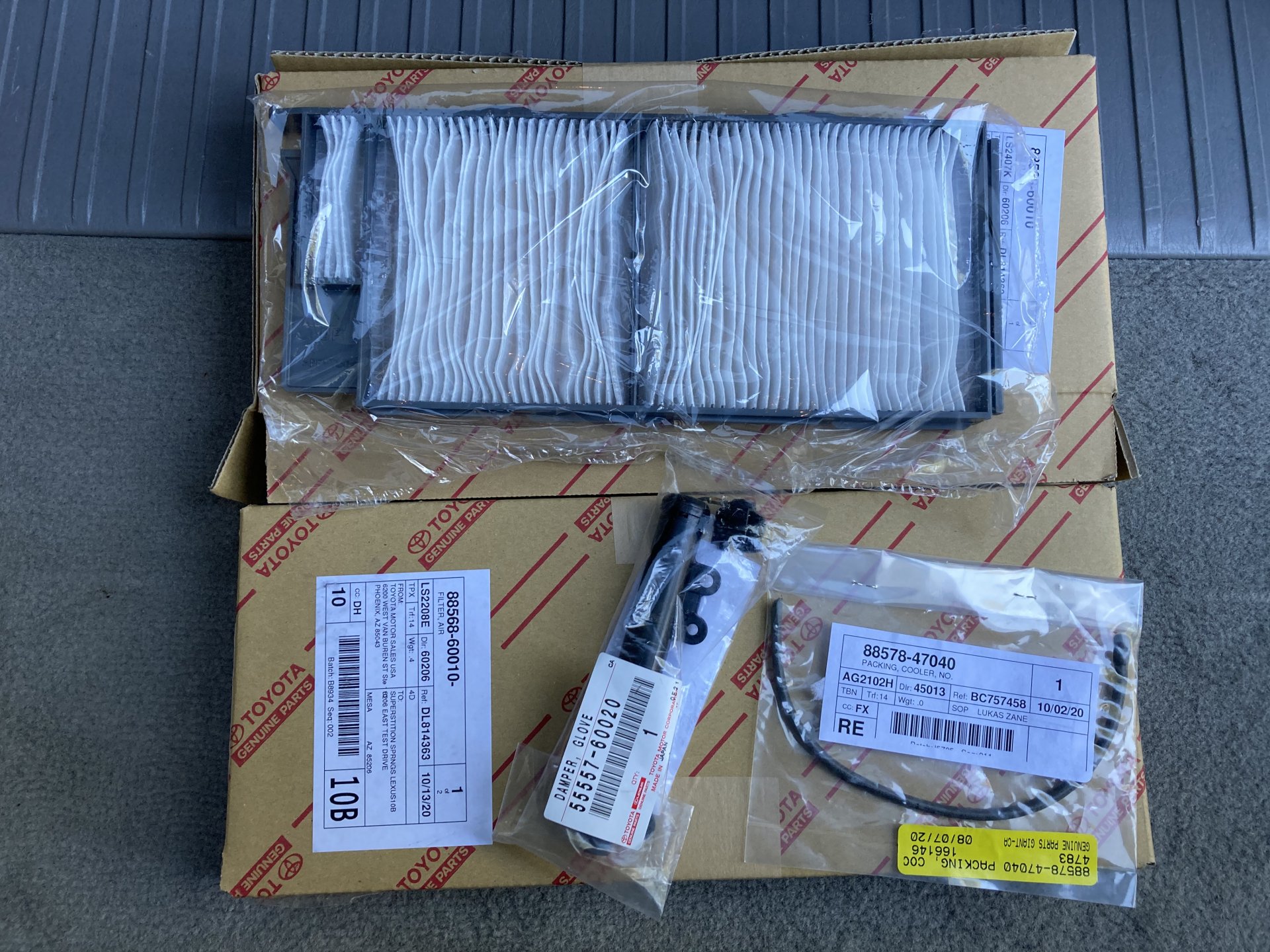 Of course it doesn’t take long for this area to fill up with debris. I also dropped the fan (found more leaves and crap in there) and gave it a good clean. Makes me wonder where the inlet is and if a mesh screen over the opening would keep out the big stuff... 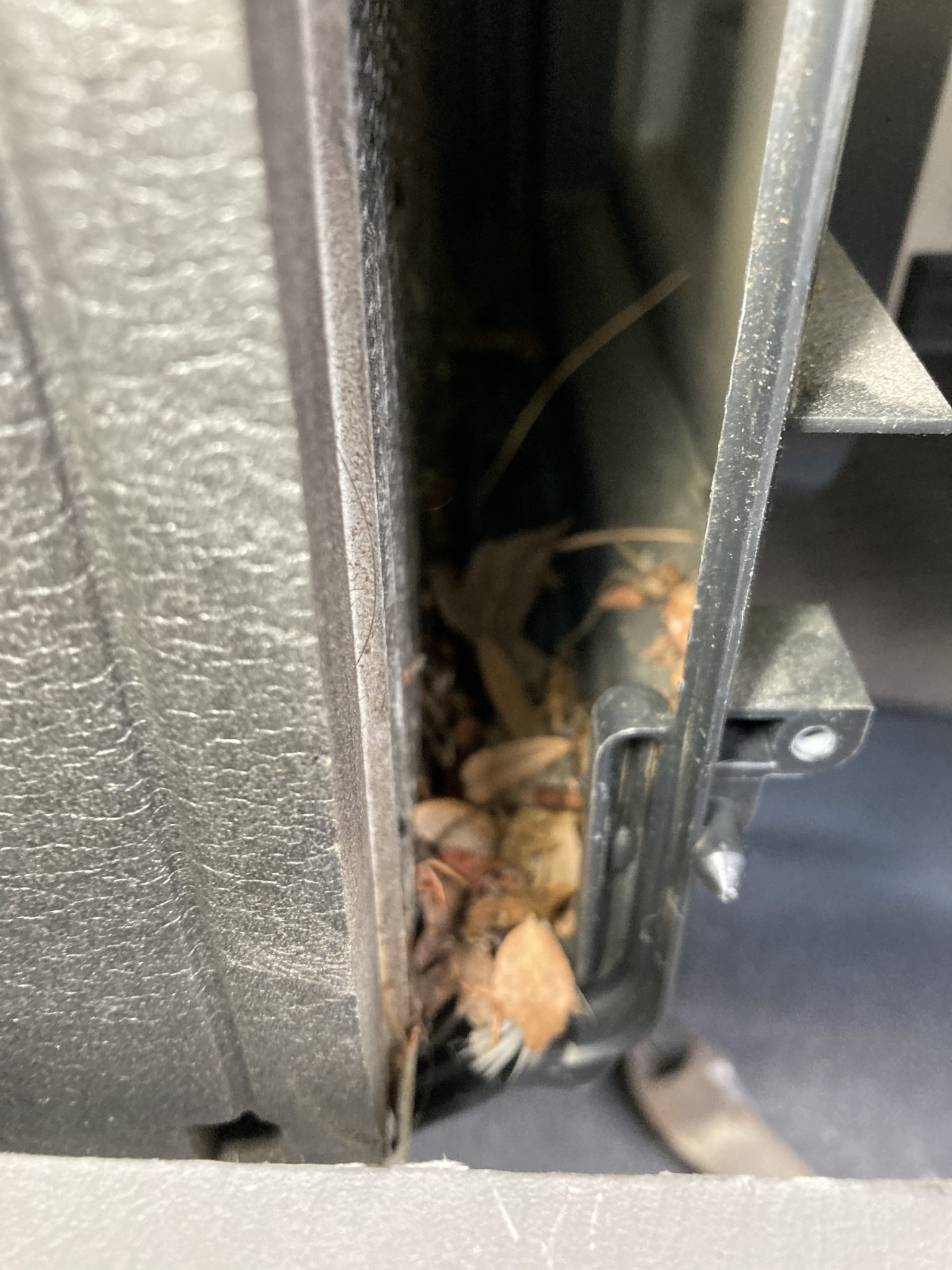 Anyway, those non OEM filters were MUCH heavier than the Toyota ones, at least 2-3 times heavier. Probably great for filtration but not flow. Now the air blows harder and much quieter! OEM parts for the win again.
The old “packing cooler” seal was also slightly distorted, I’m confident the new one will take care of the leak.
The dampener is really nice, one of those little things that remind me I’m driving a truck that was $60k. When removing the bracket it is attached to I found the top nut was very, very loose- I’m almost certain that was the squeak behind the dash that has been driving me mad!

Very happy about all of these little fixes

RHS seat heater switch had a bad bulb. The chrome shifter bezel trim was peeling so I opted to replace it with an earlier black trim piece. Not trying to poverty pack it, I just want a long term solution. I like the look though. 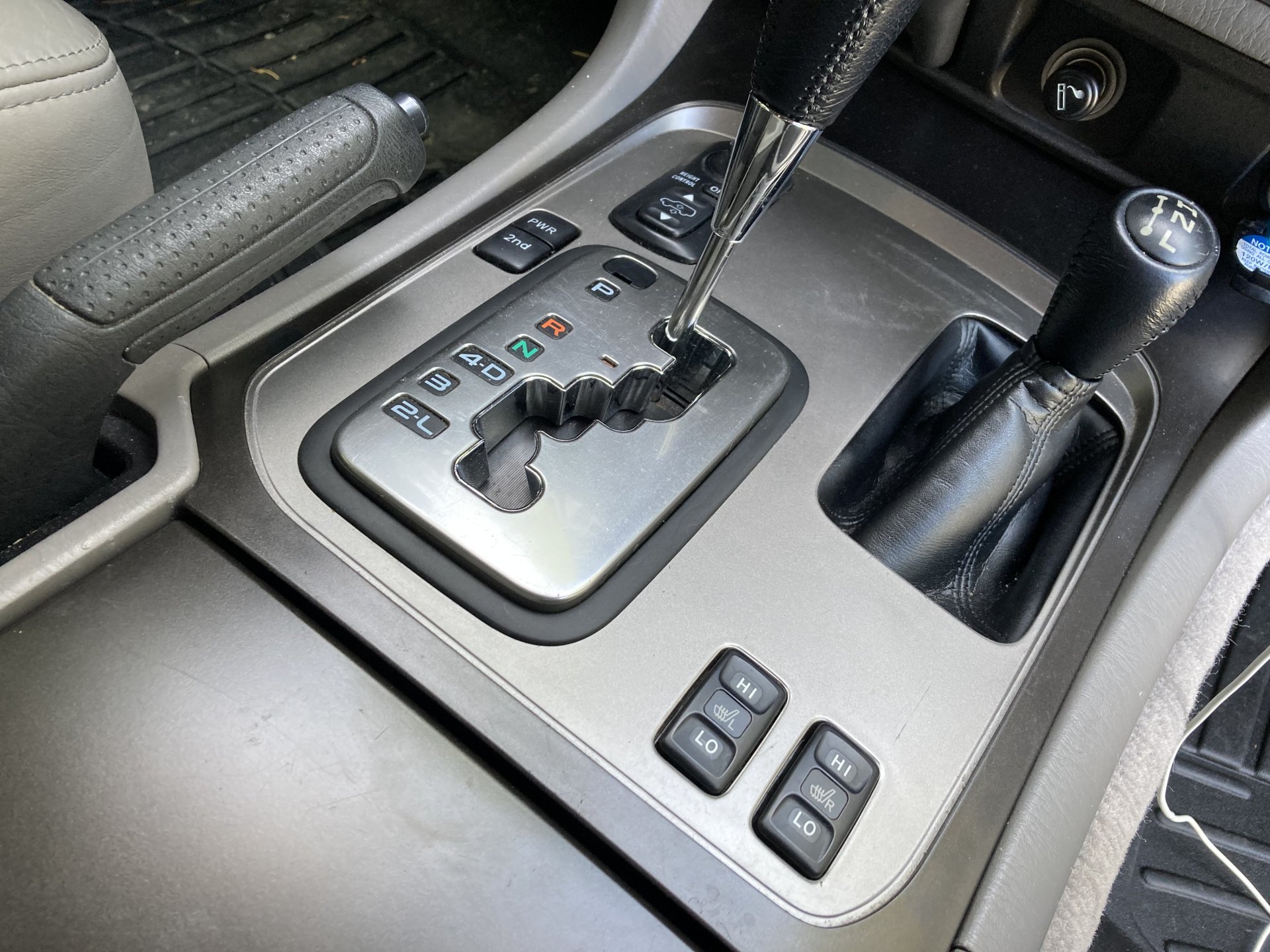 I also replaced the rear cup holder after trying to fix it to no avail. It doesn’t get hung up anymore but it still kinda sucks 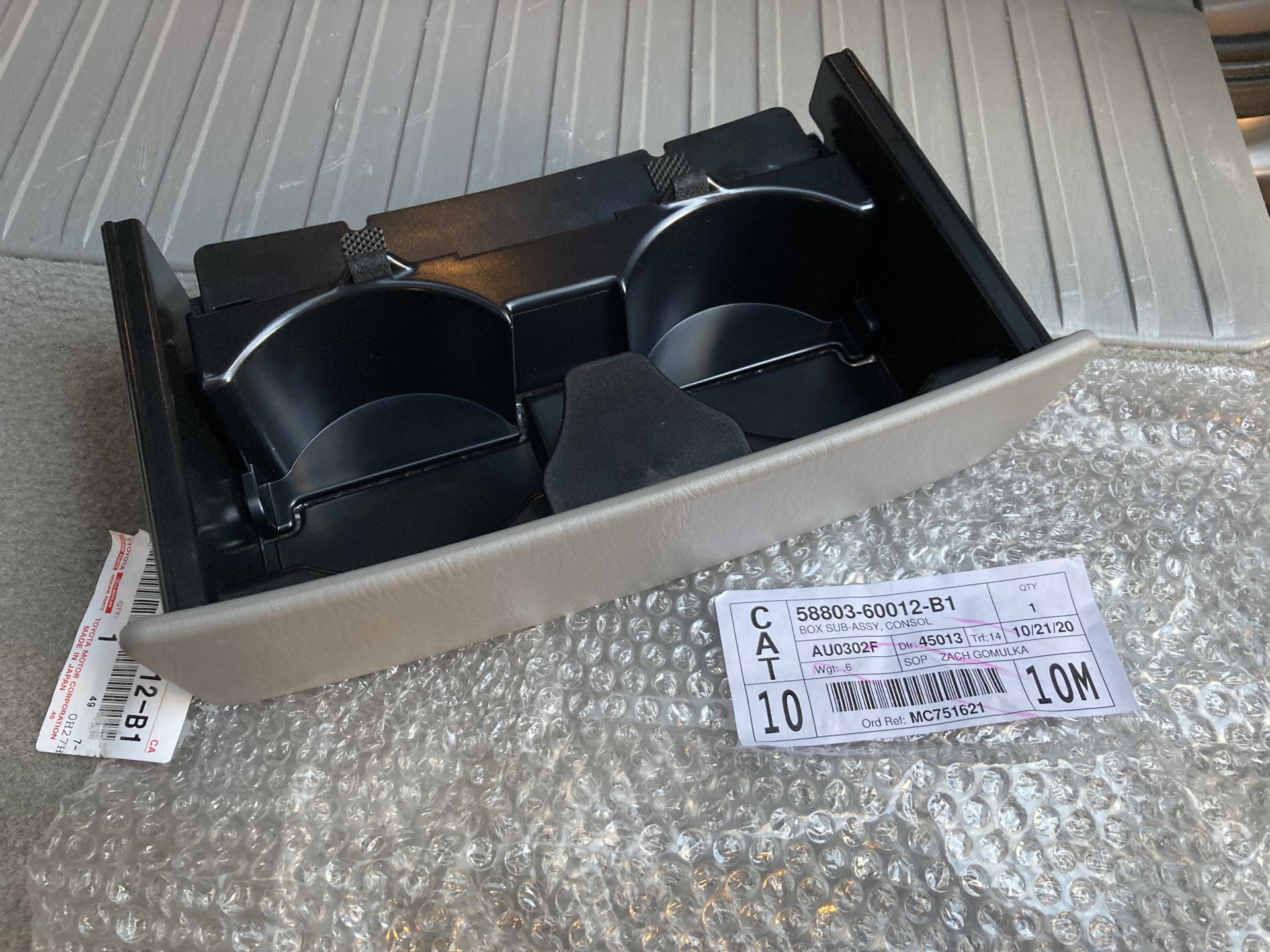 New Denso air filter for the engine as well. I tried to repair the SRS wires under the drivers seat but I ordered the wrong damn terminal repair wires. The correct part is 82998-12720 if anyone is keeping score. Whoops.

I’m getting dangerously close to having all of the issues ironed out, then I’ll start on “mods”.

Love how you are replacing all the small stuff.. I need to replace the switch bulbs too and the bezel.

A 100 series Land cruiser does not have a cabin air filter, according to the Bend, OR Toyota Dealer or the
Roseville CA Toyota dealer.

implayaz9 said:
Love how you are replacing all the small stuff.. I need to replace the switch bulbs too and the bezel.

You might not. Mine didn’t originally. Procure the correct LX470 parts and you can have cabin filters. Many threads about it on this forum.

I decided to install all 8 of the LX470 additional door seals. $196 shipped from partsouq. Thanks to @TheForger for doing the homework! 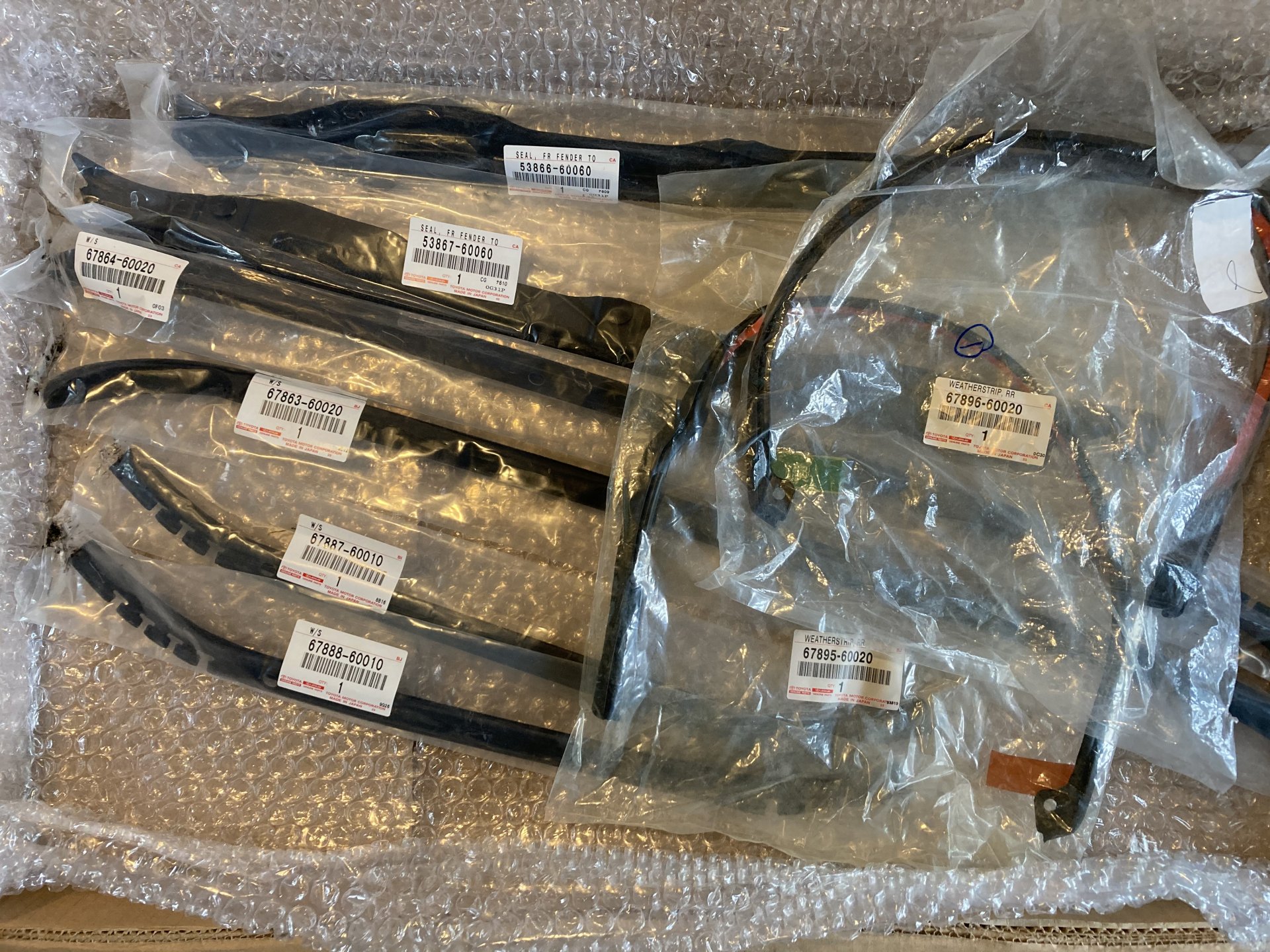 Installation was simple. I imagine the Lexus door panels have additional holes/slots for the retaining tabs on the ends to go through but the lower screws alone seem to hold them just fine. 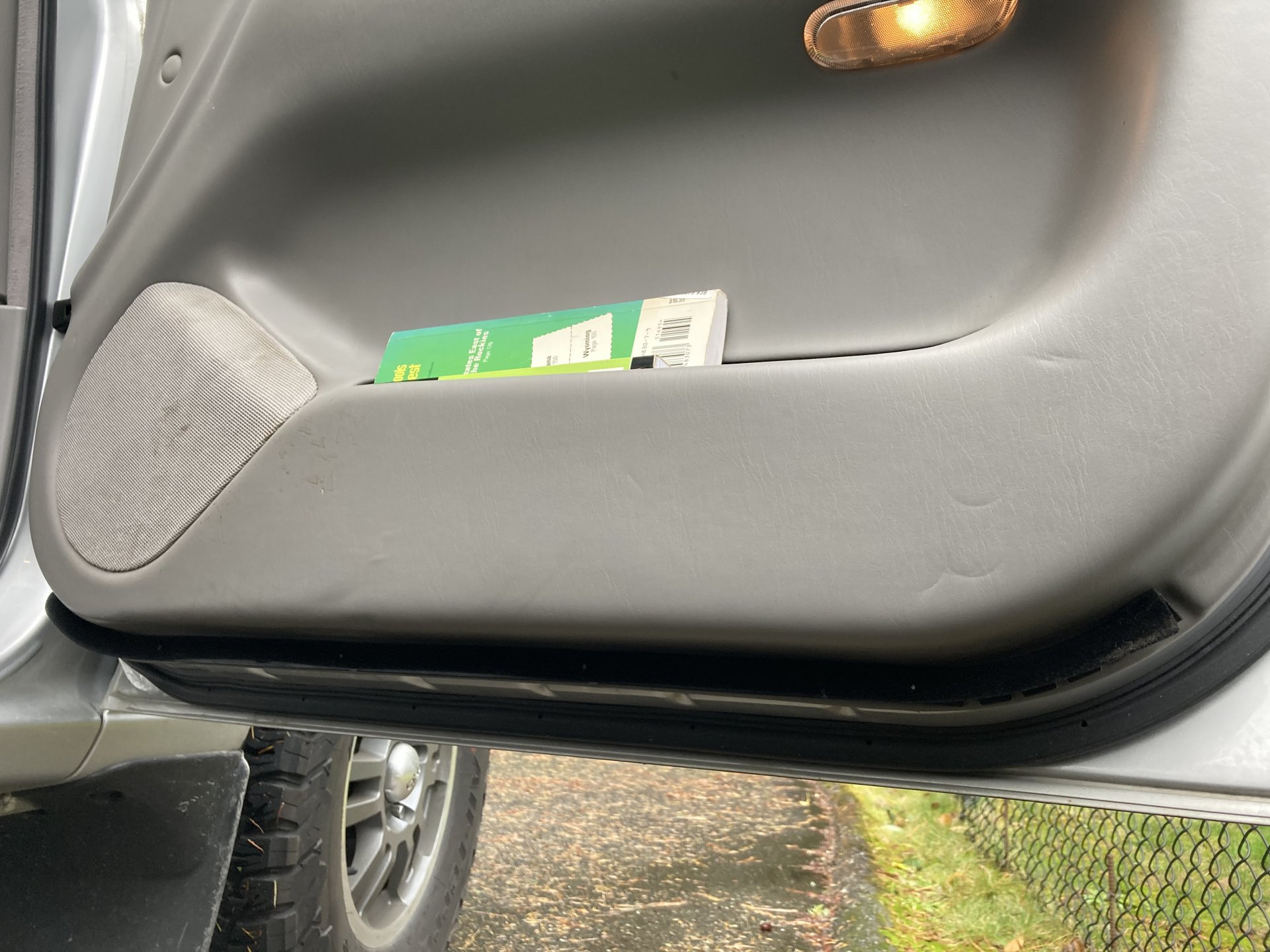 Leading edge of the rear door was a simple peel and stick affair. 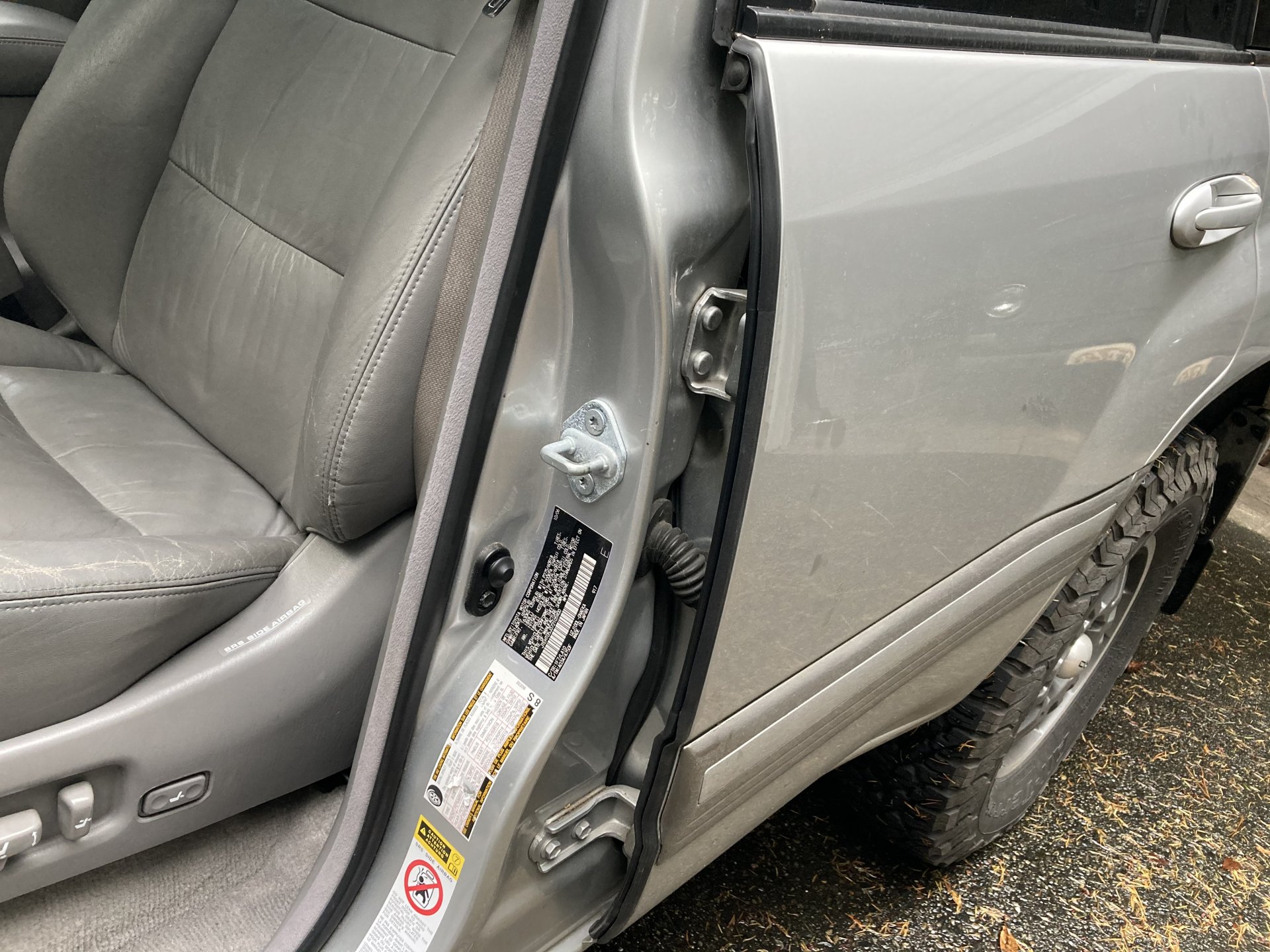 Cowl seals are a bit of a pain to get in and equally as difficult to get a picture of. But they’re in there I promise The fenders on my ‘07 have all three of the clip holes for them so they install as the factory intended. The doors seem to sound a little better when they shut but that could just be my imagination. It should be quieter, less drafty and allow less dust in the cabin as well.

Correct wires and new connector for the SRS sensor repair came in. 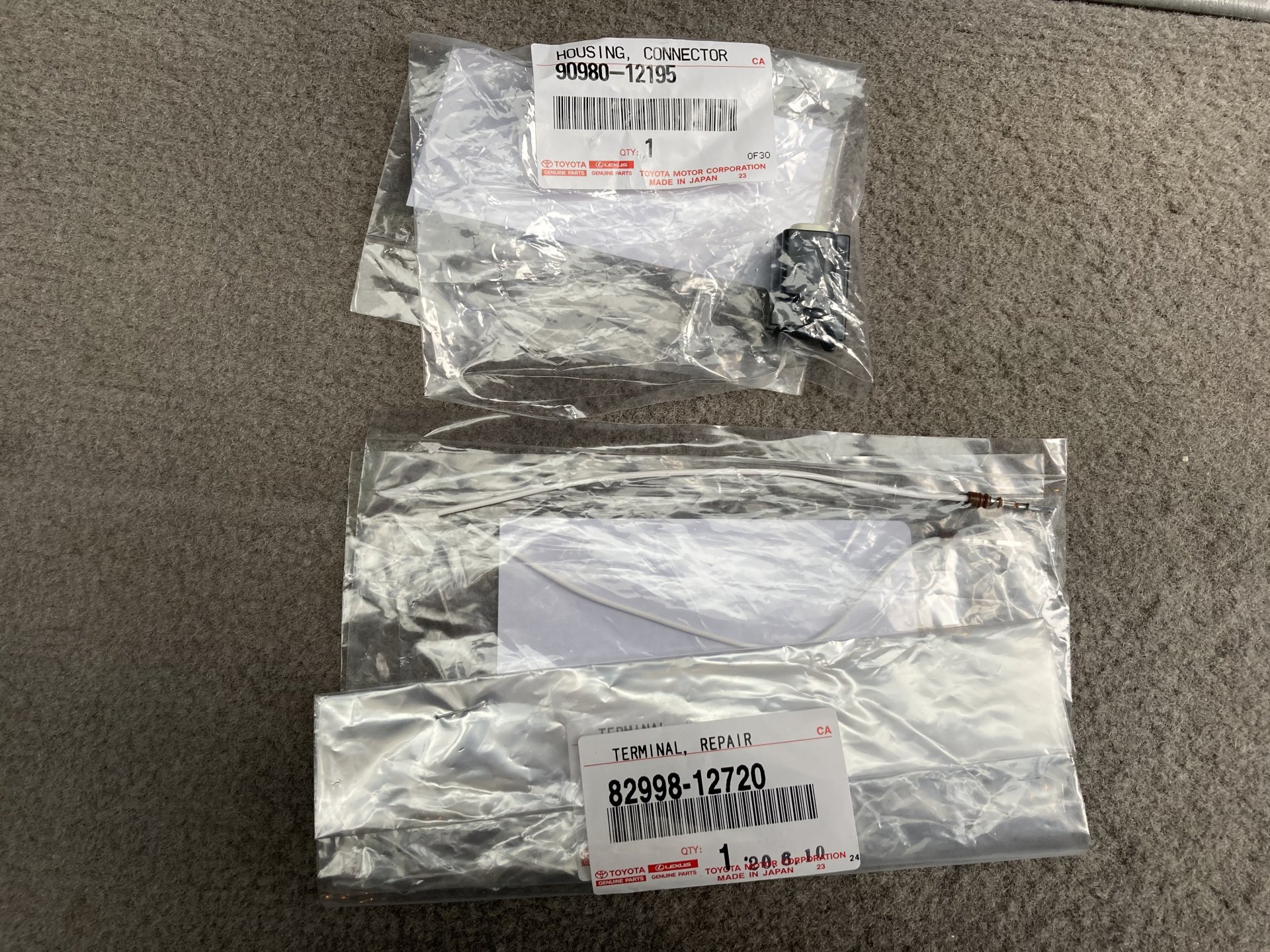 Finally “the only thing that has broken since Paul had it” was fixed. 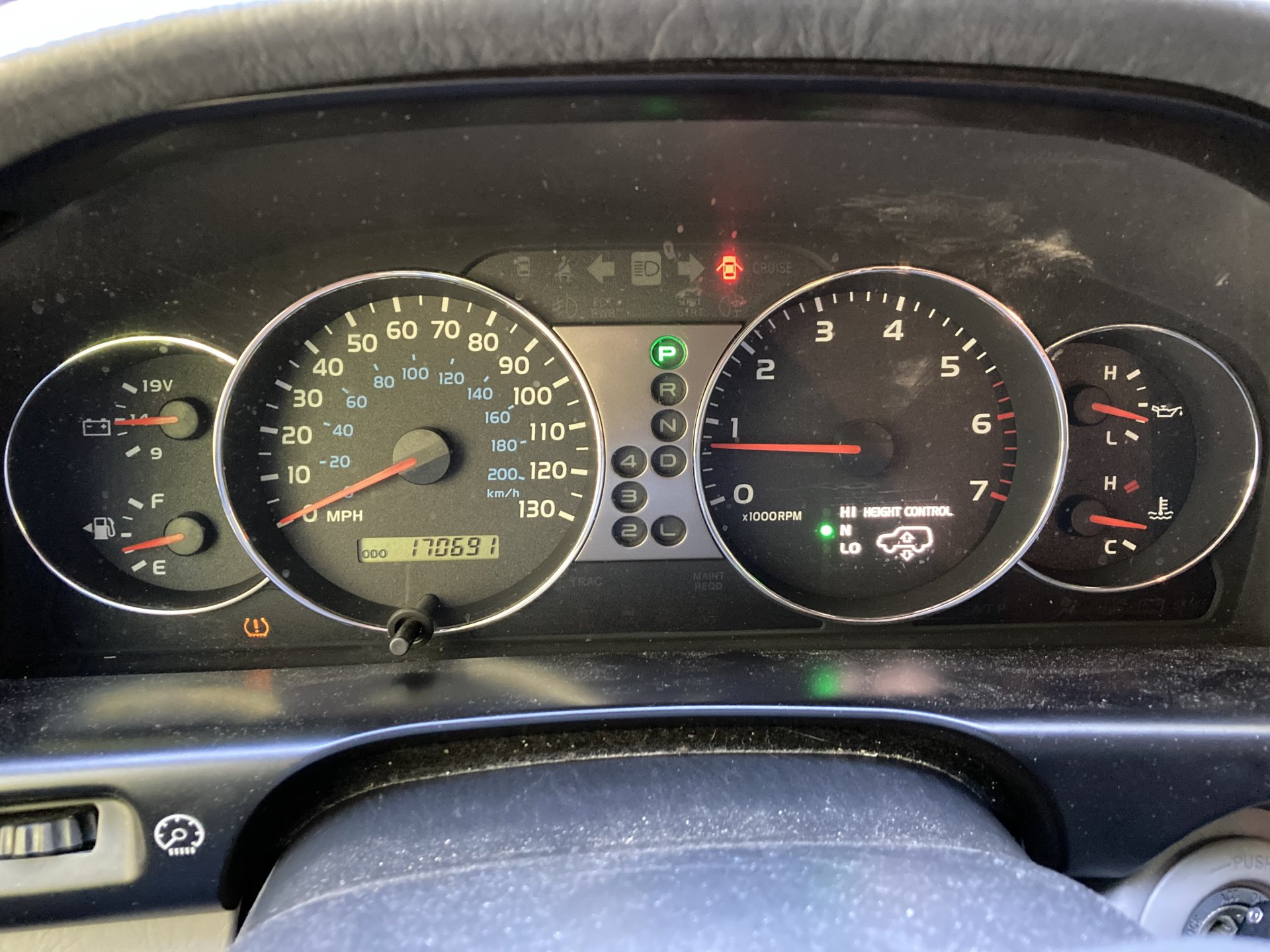 Super simple job but very satisfying to see that airbag light finally go off. Although a week ago the TPMS started flashing at me... I hate TPMS so much. I think I’ll drag that out until the tires need rotating.
Valet key was missing, got a new one from McGeorge. 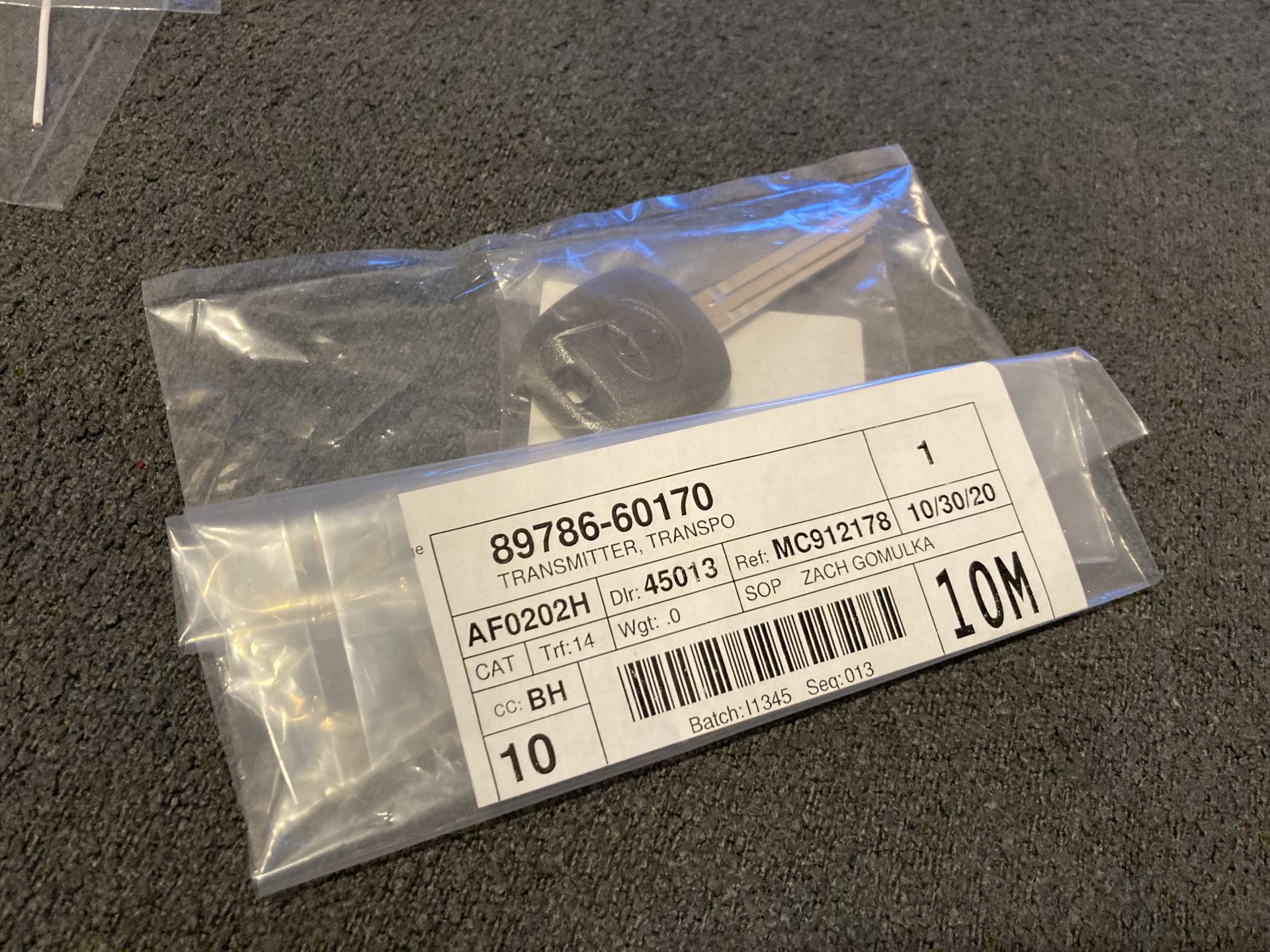 My local Ace Hardware cut it for free and thanks to @Opus69 for the instructions he posted. I now have a functioning valet key. 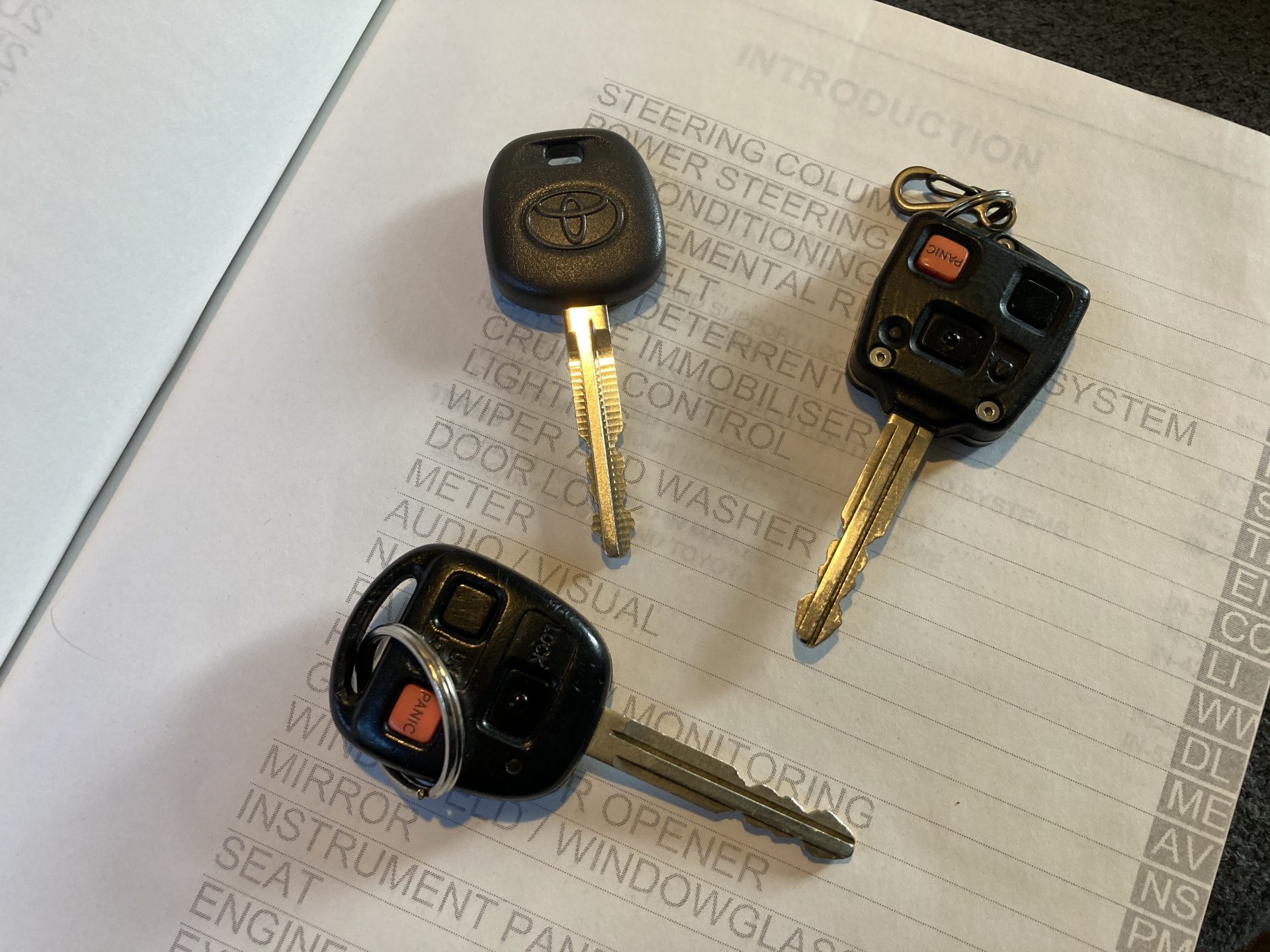 I tried a lot of different combinations of the ignition/pedal/door dance but the one that finally worked for me was this: 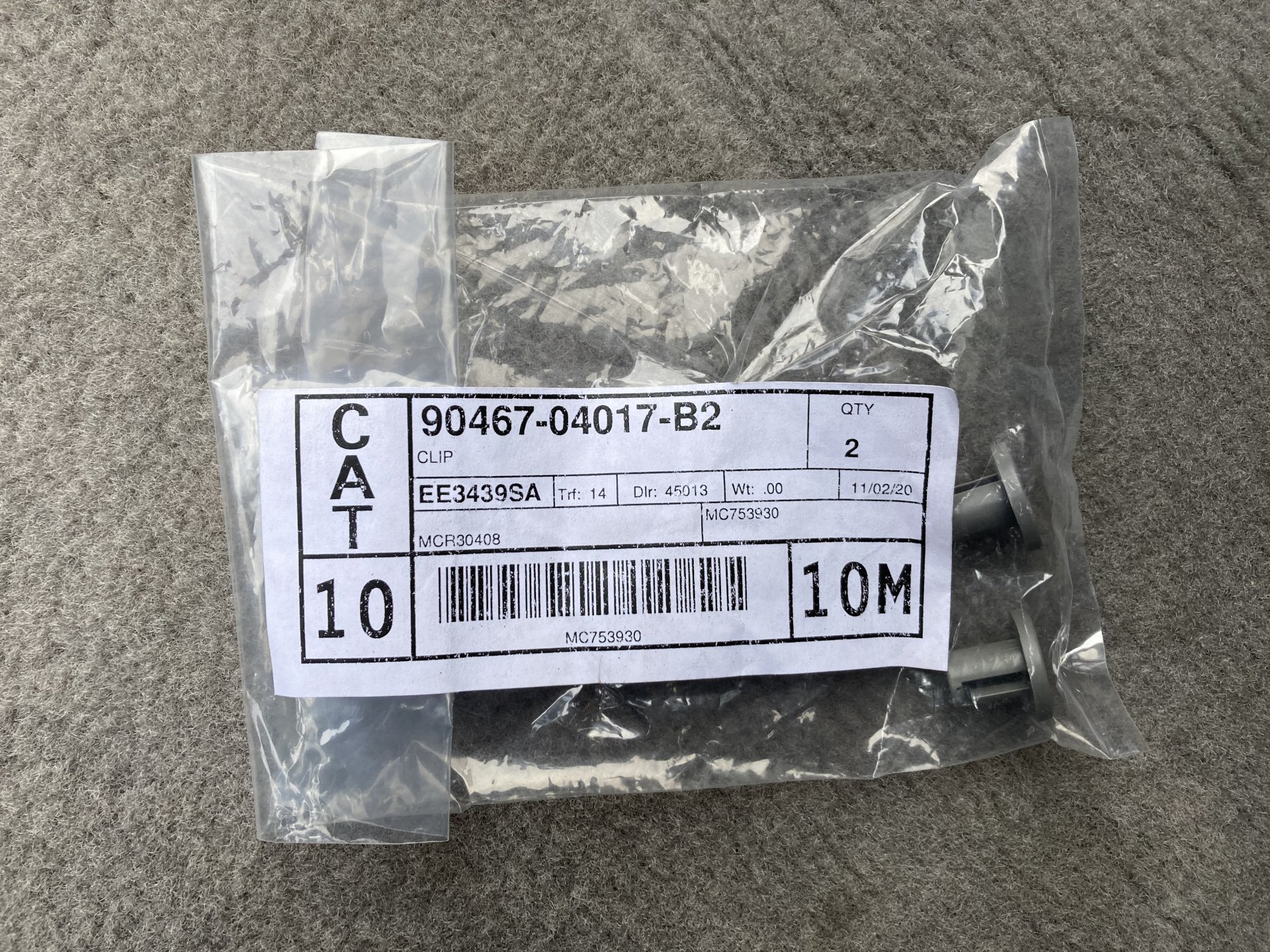 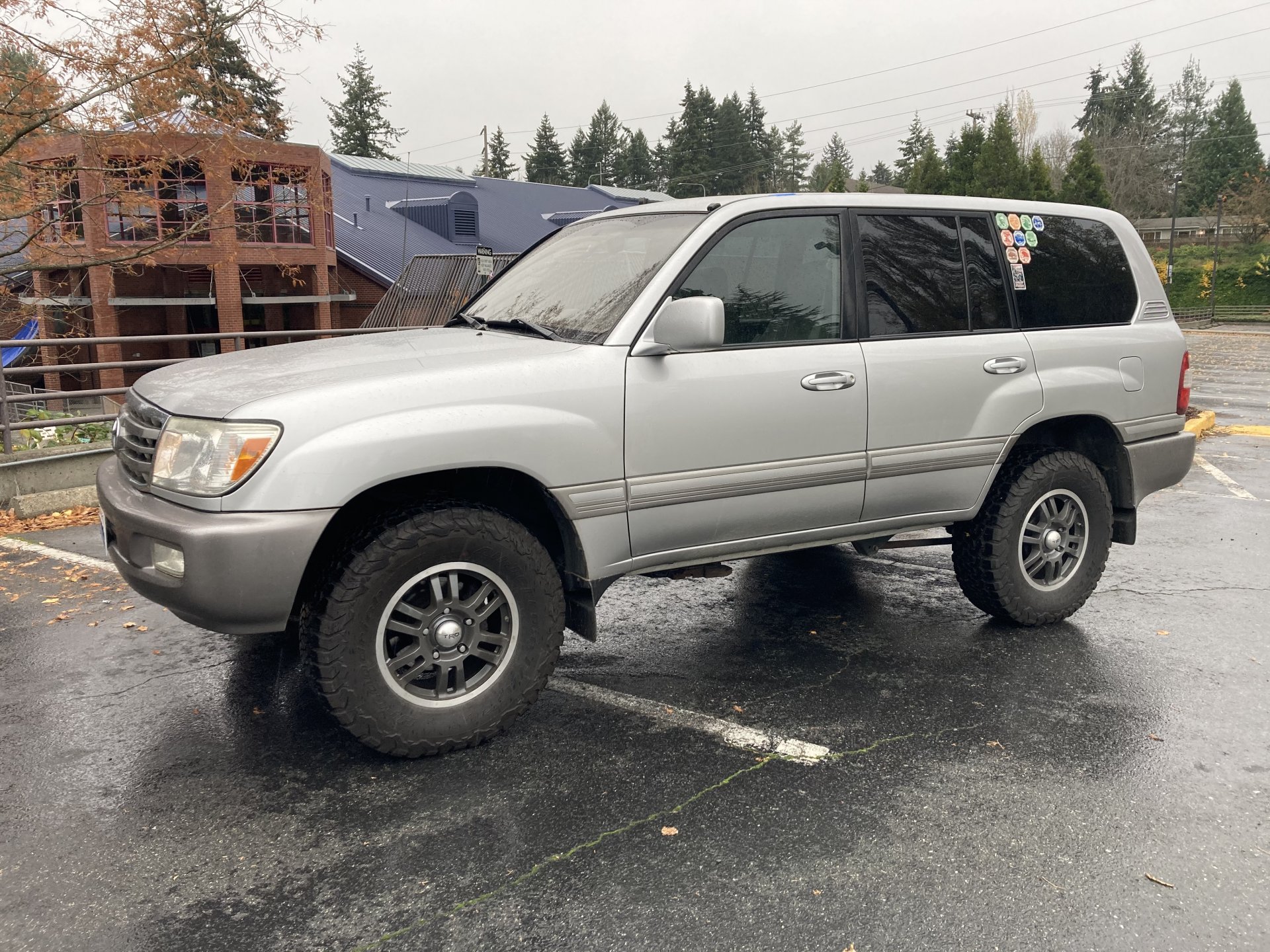 Some of you may have noticed the crappy old VW bus taking up space in my garage. As of today, it’s someone else’s problem! 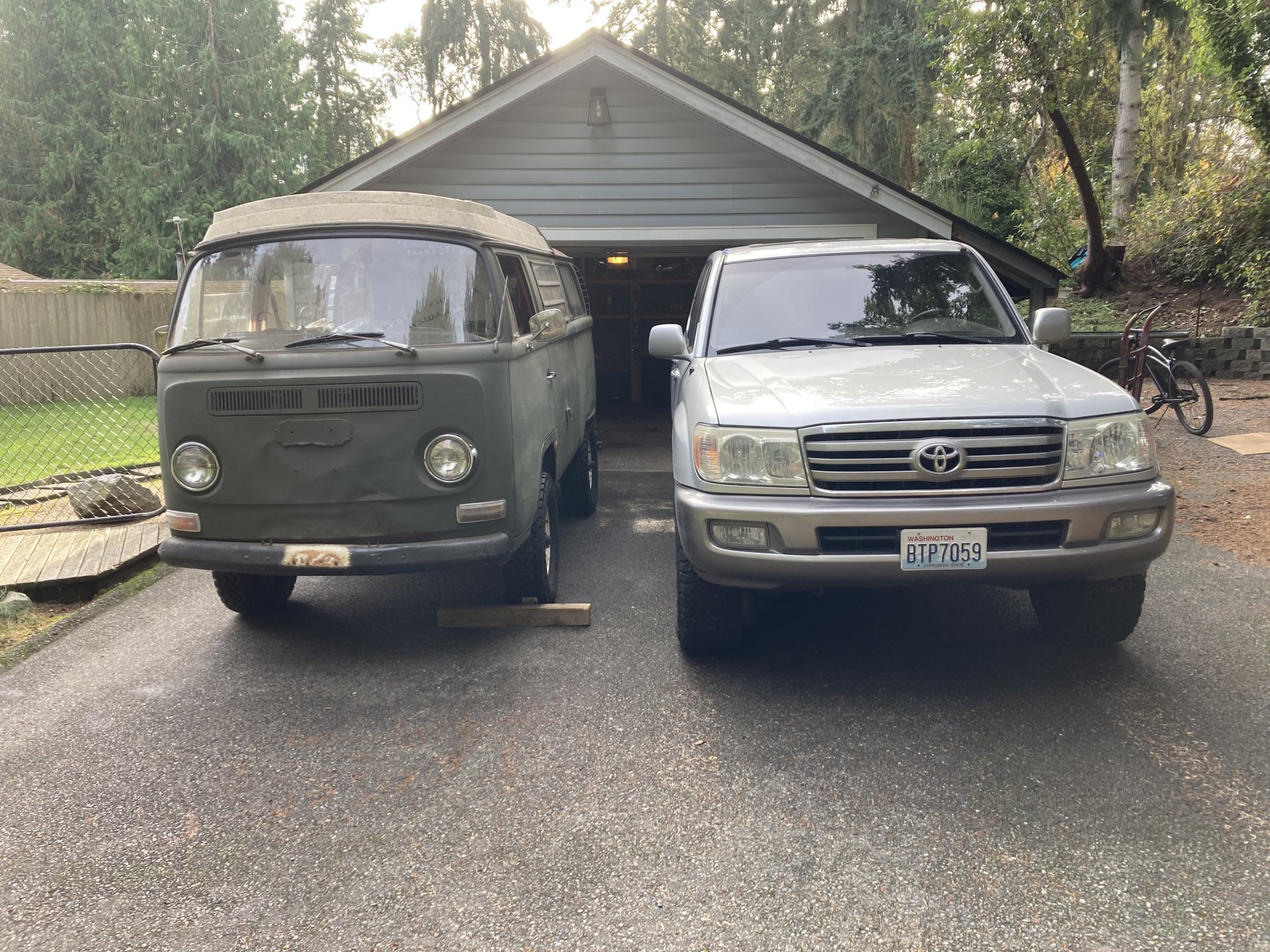 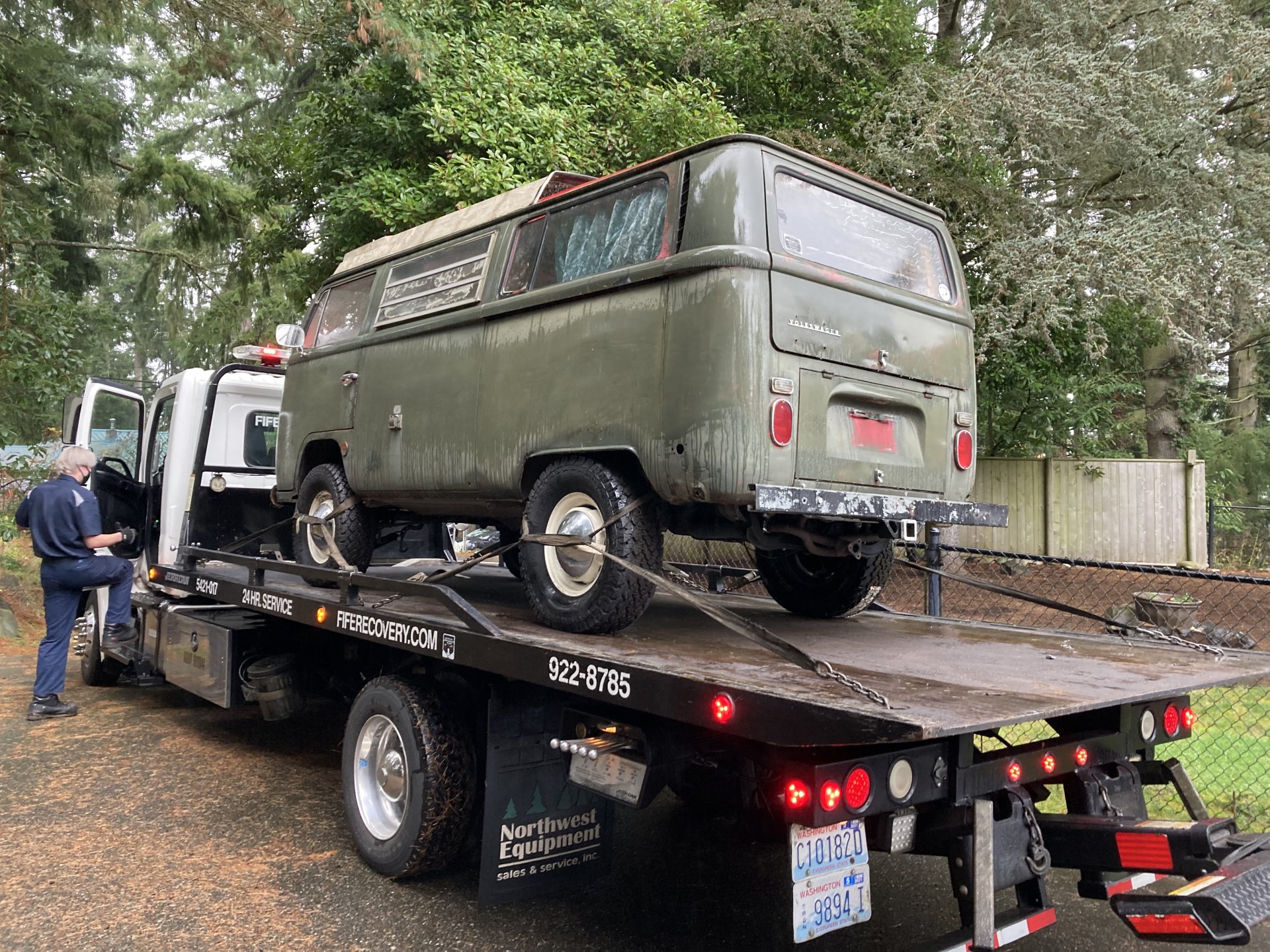 Guy in Tacoma picked it up, gave me full asking price so that's sweet. I was planning on doing the Gambler 500 with it but working on old junk solo doesn't hold appeal to me anymore. I'm happy to finally have that beast out of my garage!
You must log in or register to reply here.