How the truck looks now: 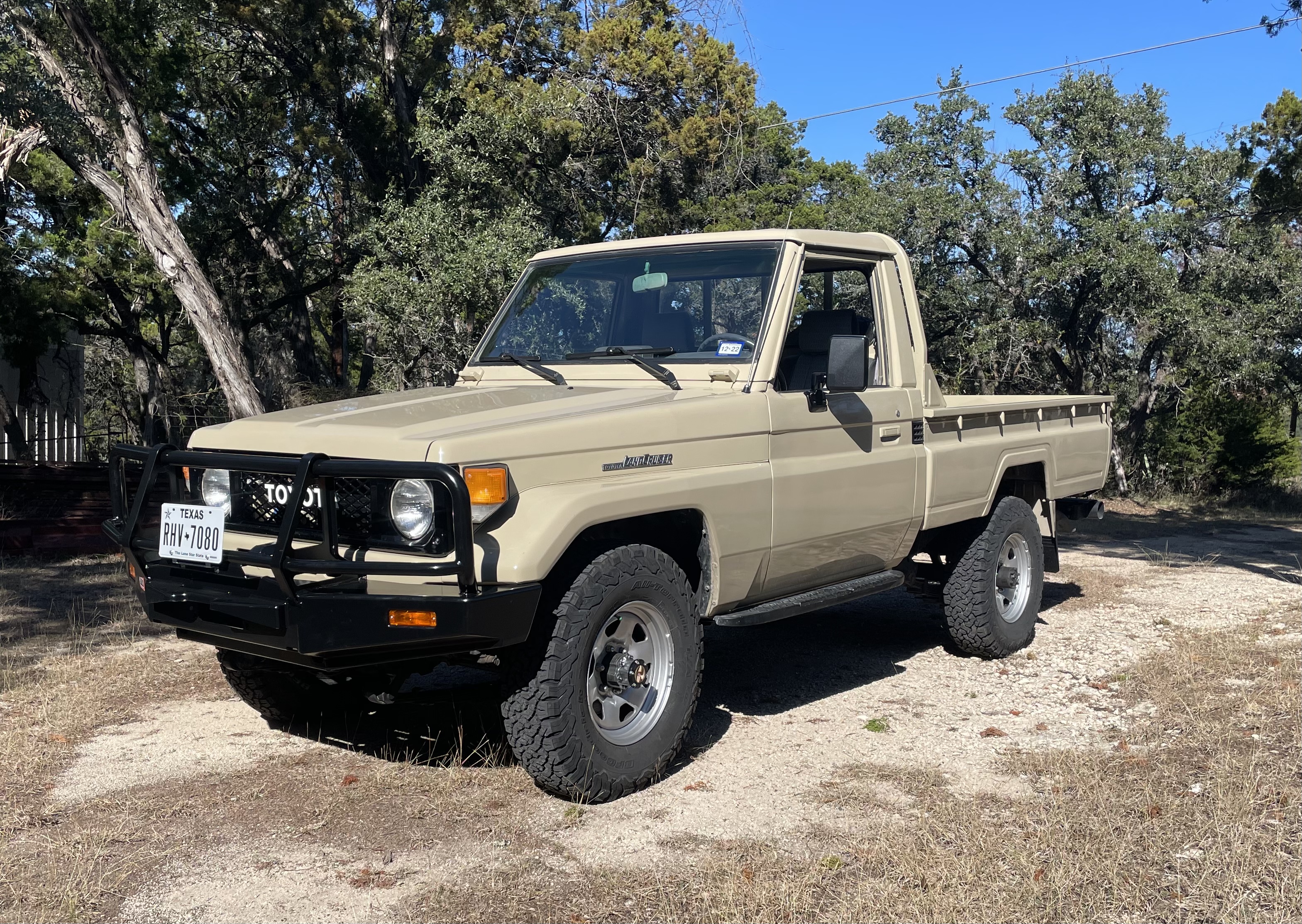 The day I picked it up: 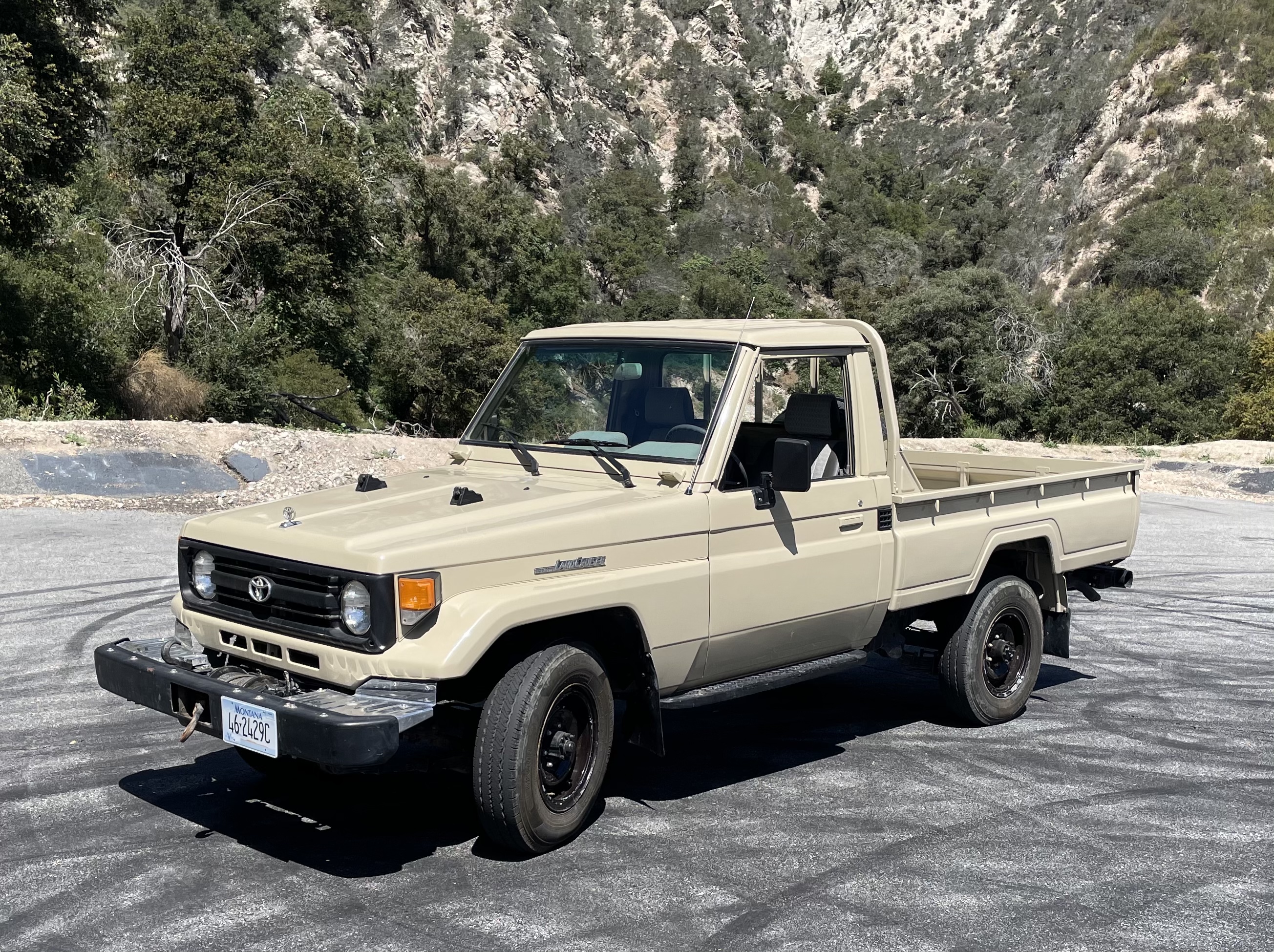 Some of the specs are:

Wish me luck as I drive it home from LA to Central TX! (More pics and details once I get it home)

Welcome to the madness.

congrats.
Time to get some new tires and rims and free hubs.

The potential for this truck is offscale.

Congratulations, that is great!

I am certainly looking forward to following this one along, should be epic with your skill and attention to detail!!

What are the build plans for this?

Has to be great not messing with bodywork.
1988 BJ74 build thread.

Amazing find!
I like the camouflaged door handle and windshield hinge... unusual, to say the least!
Obviously some things were upgraded already? I'm noting the new style side mirrors that I don't believe were offered in 1996?

Just got home and completely exhausted. I’ll try to address all of your questions tomorrow. Thanks! 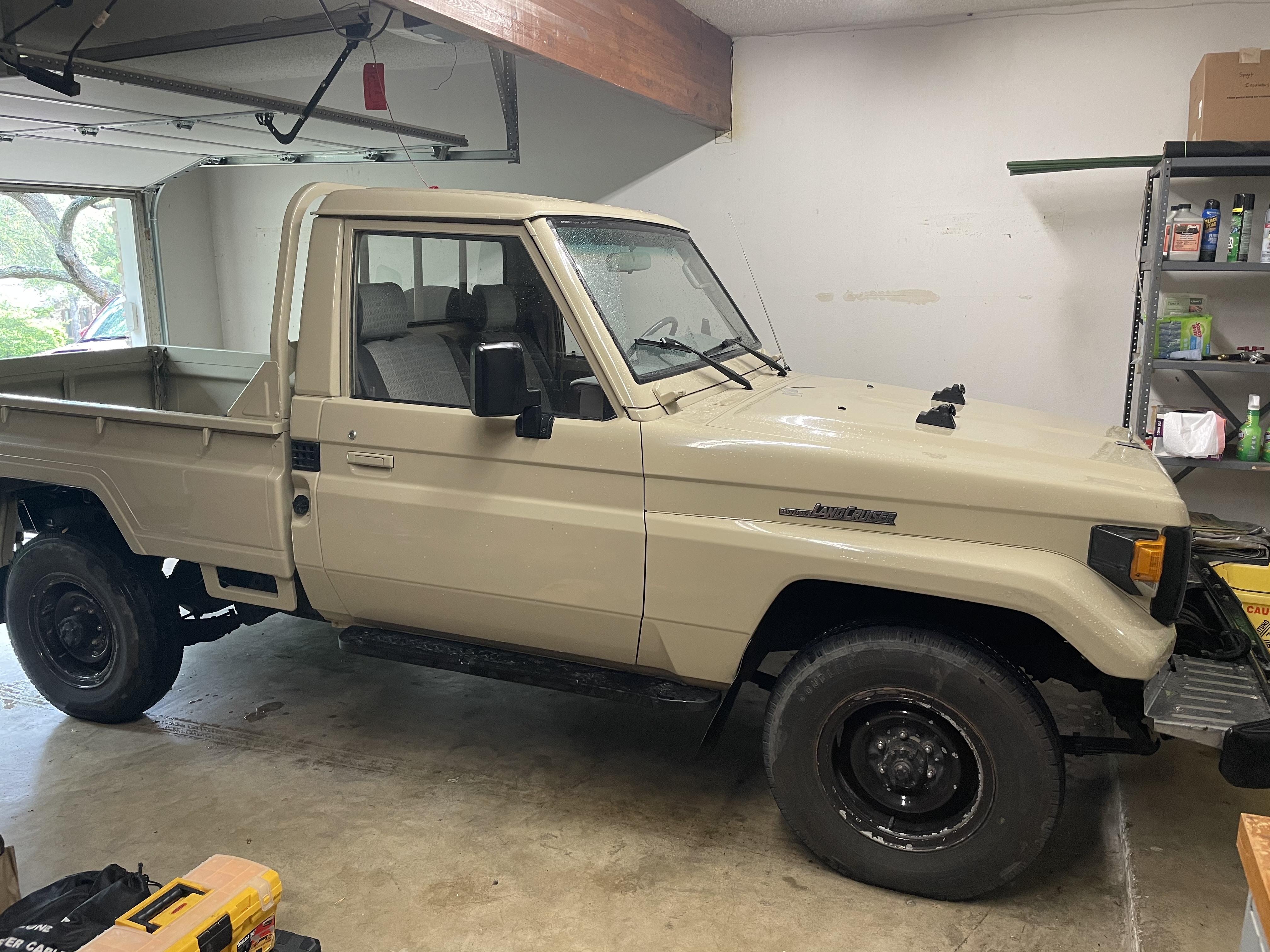 I'll let Will fill ya guys in, but they can't sell military trucks with insignia or military colors, so this one got a quick spray in standard beige.

It's a great truck, be interesting to see what Will does with it.

RHINO said:
I'll let Will fill ya guys in, but they can't sell military trucks with insignia or military colors, so this one got a quick spray in standard beige.

It's a great truck, be interesting to see what Will does with it.
Click to expand...

I was wondering about the paint situation and military.

Ben, I am curious if you plan to strip back that respray beige? Be interesting to see what's underneath.

I wonder if they sanded off all the insignia stuff or literally just sprayed over it.

Hey Mud, I am finally settled back in Austin.

As I mentioned earlier, I flew into Los Angeles Thursday evening and bought the truck Friday morning. I hit the road Friday afternoon from Glendale, CA back to Austin, TX (over three days). Seller was kind enough to put the best set of split wheels/tires he had available, but I was still on tube tires the whole trip. It was exhausting and I could only do about 60 mph the whole way. 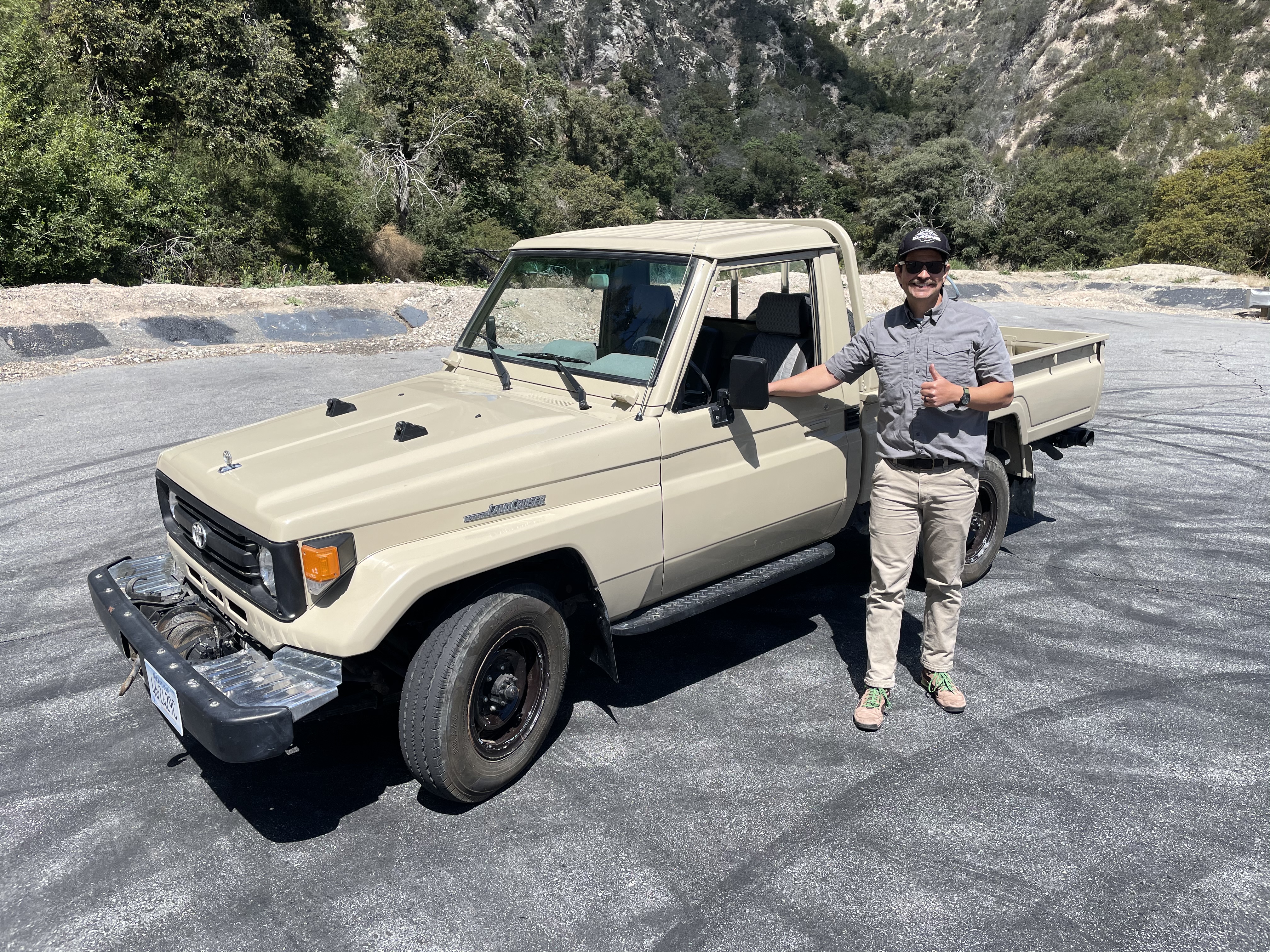 This is what the truck looked like when I first got it. 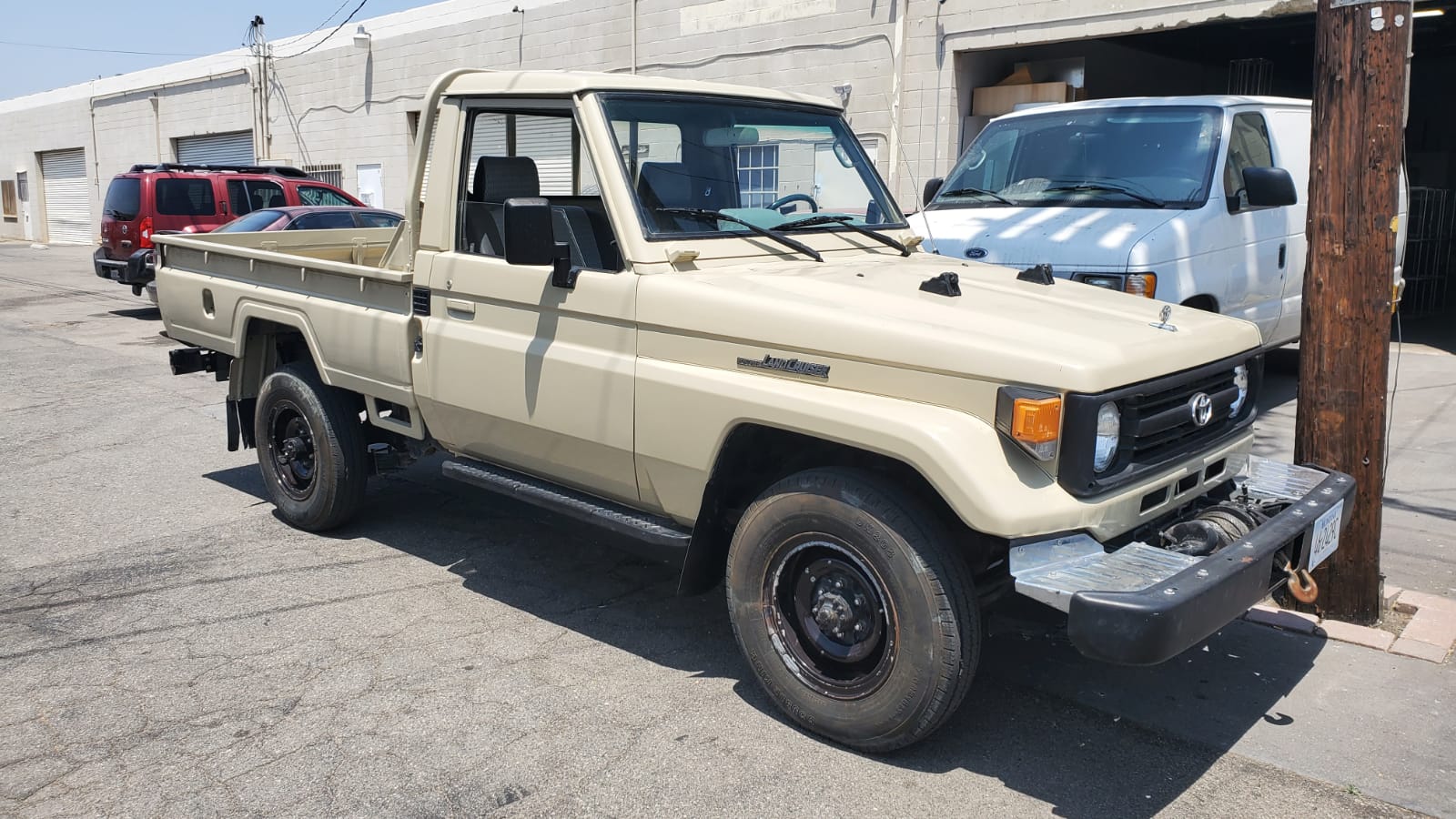 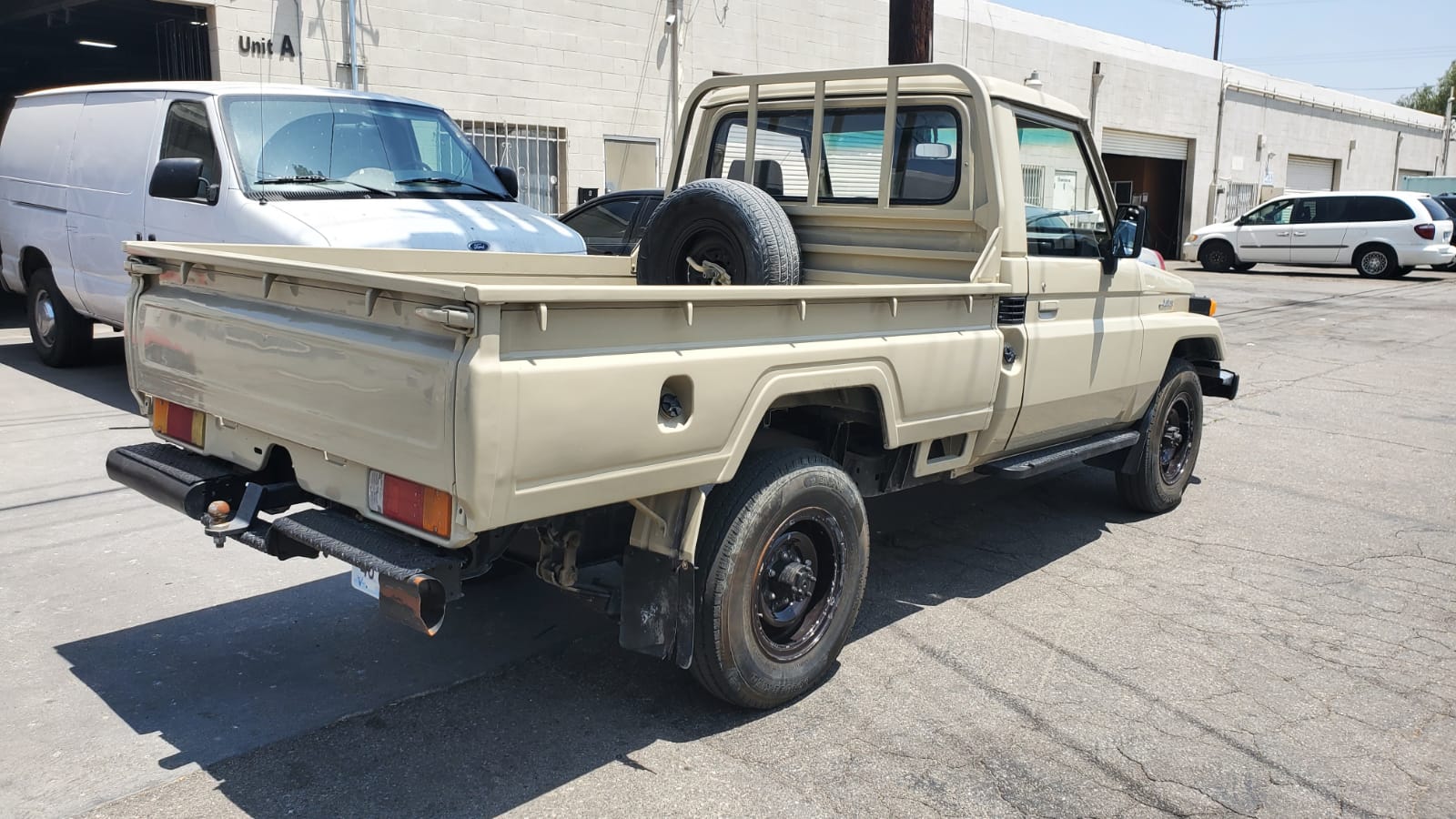 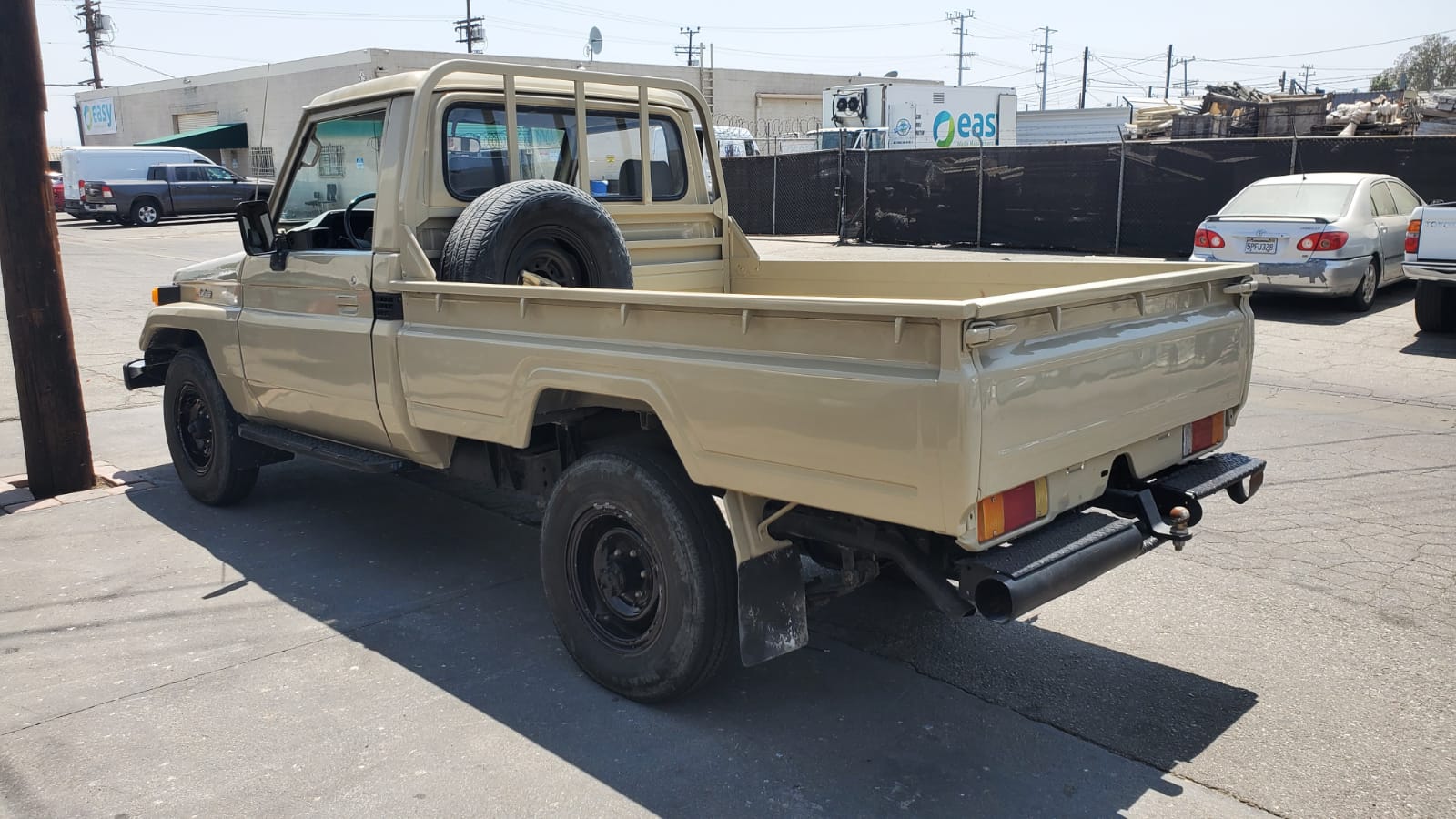 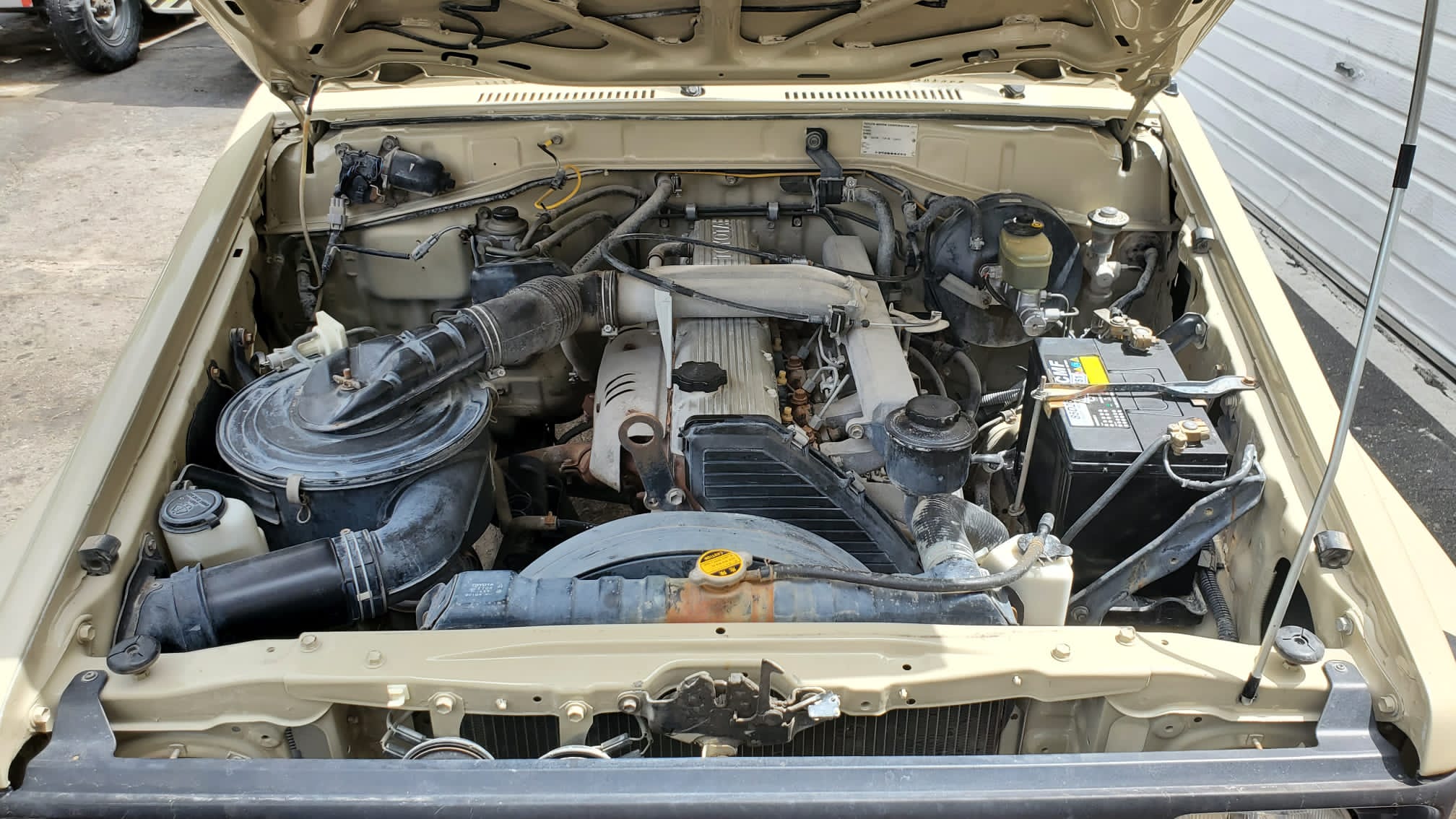 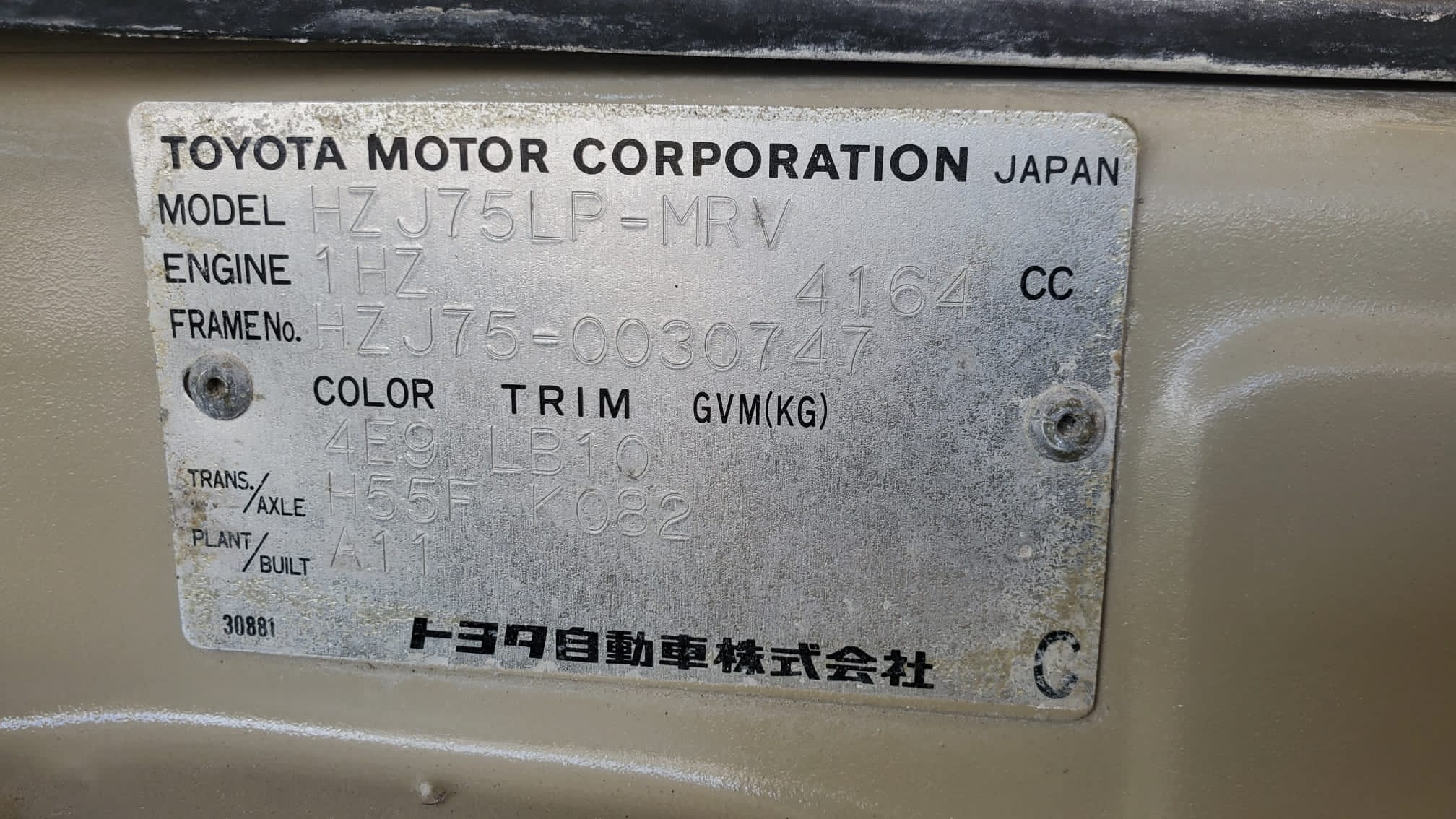 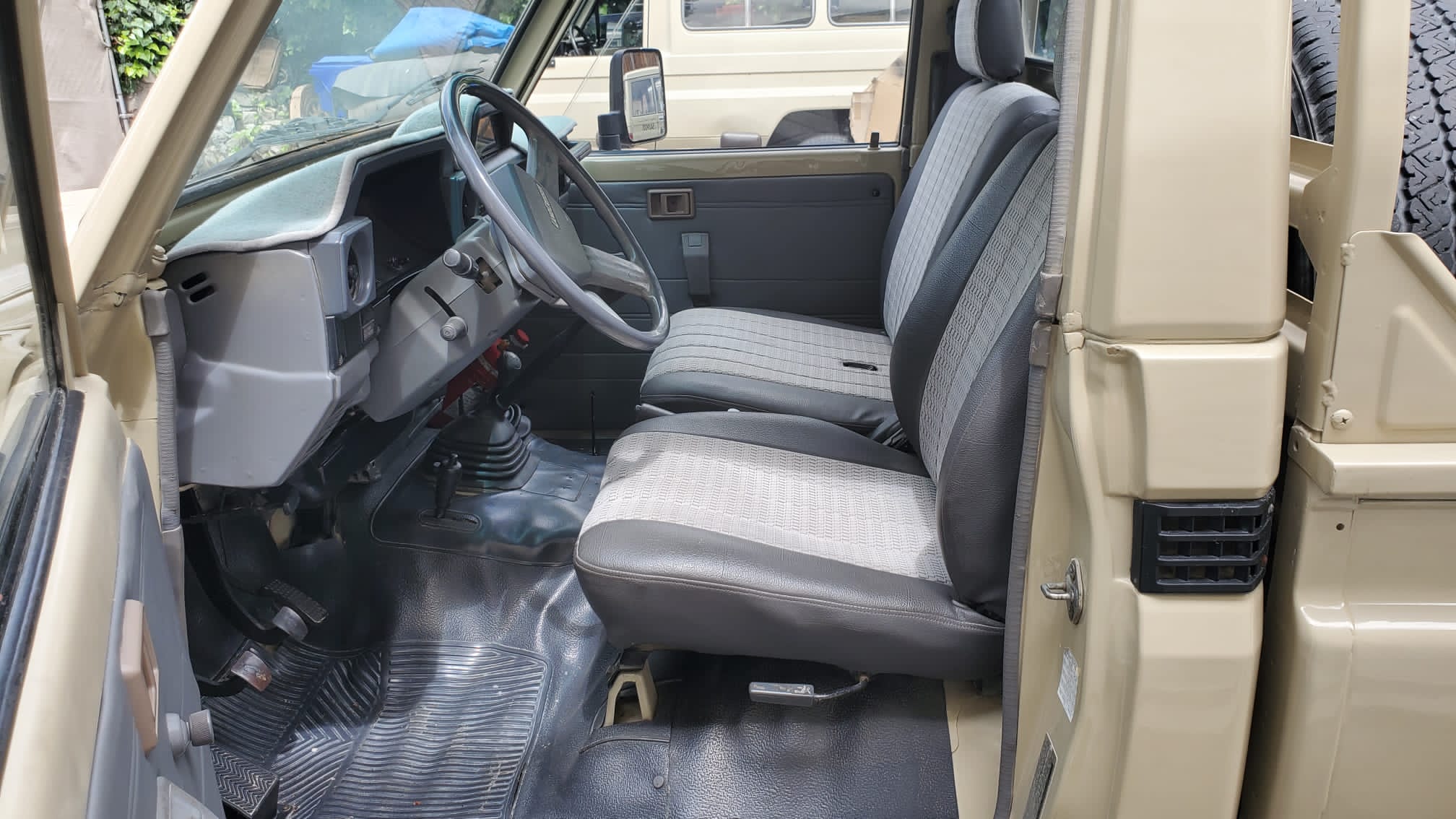 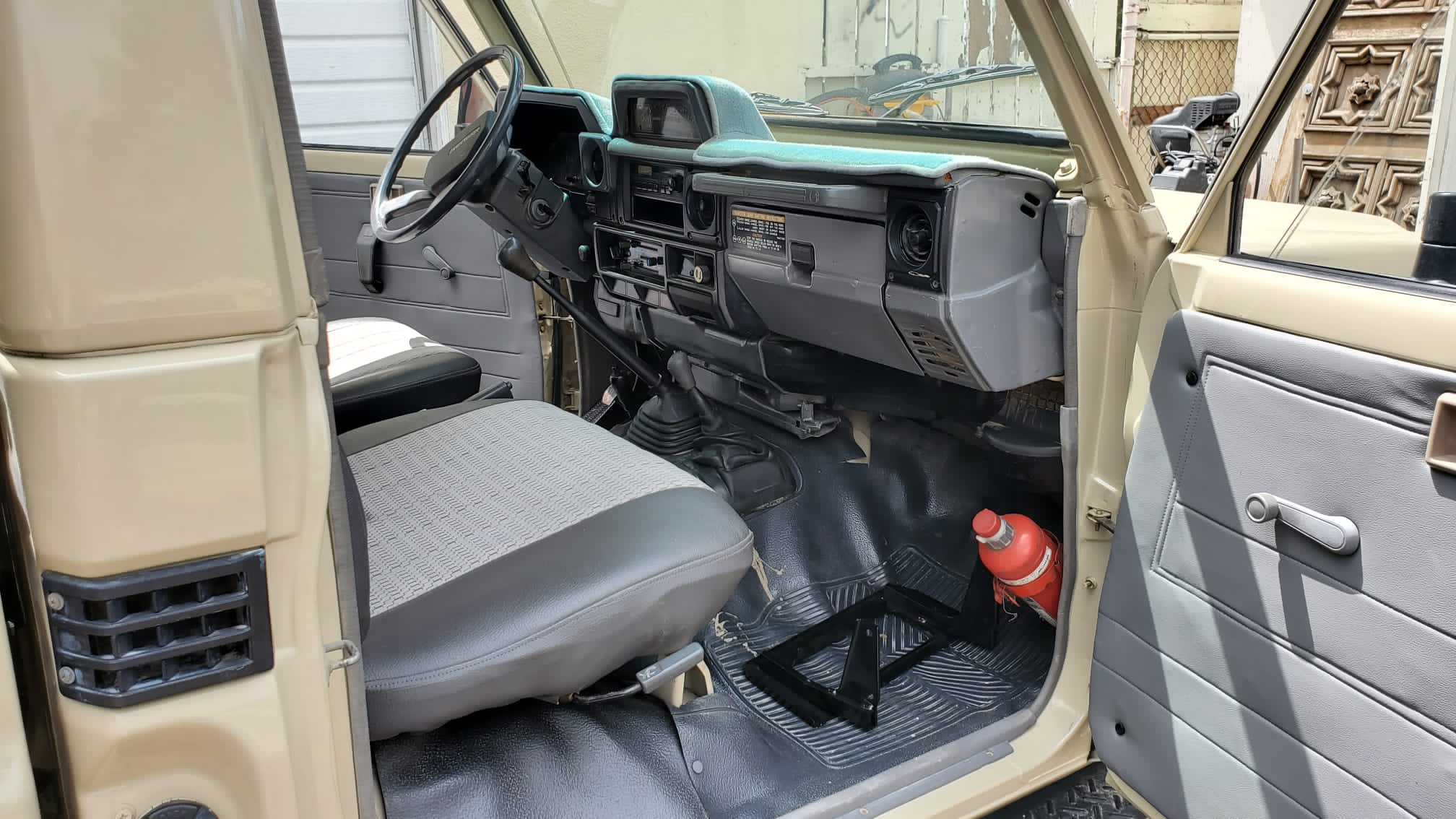 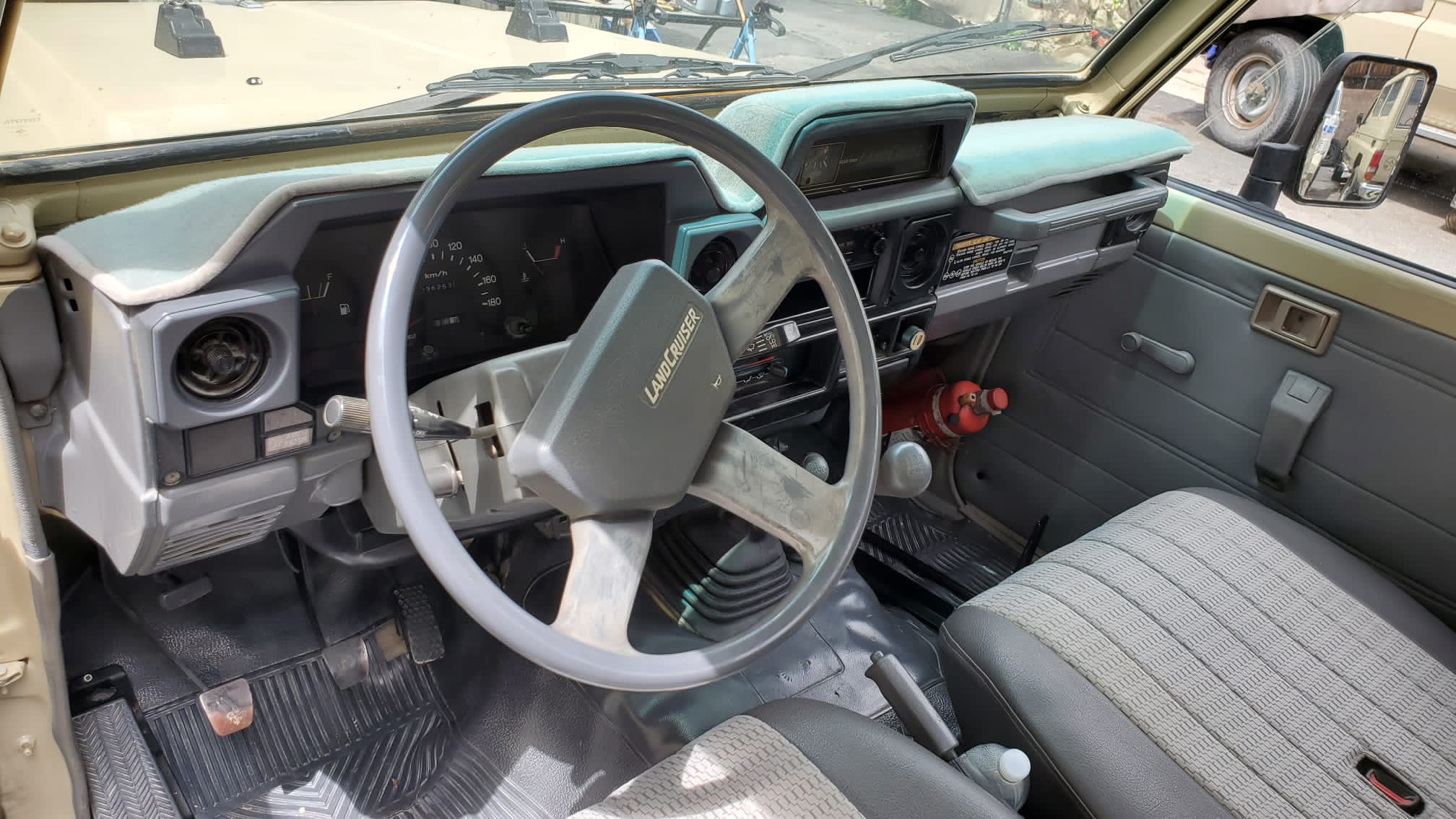 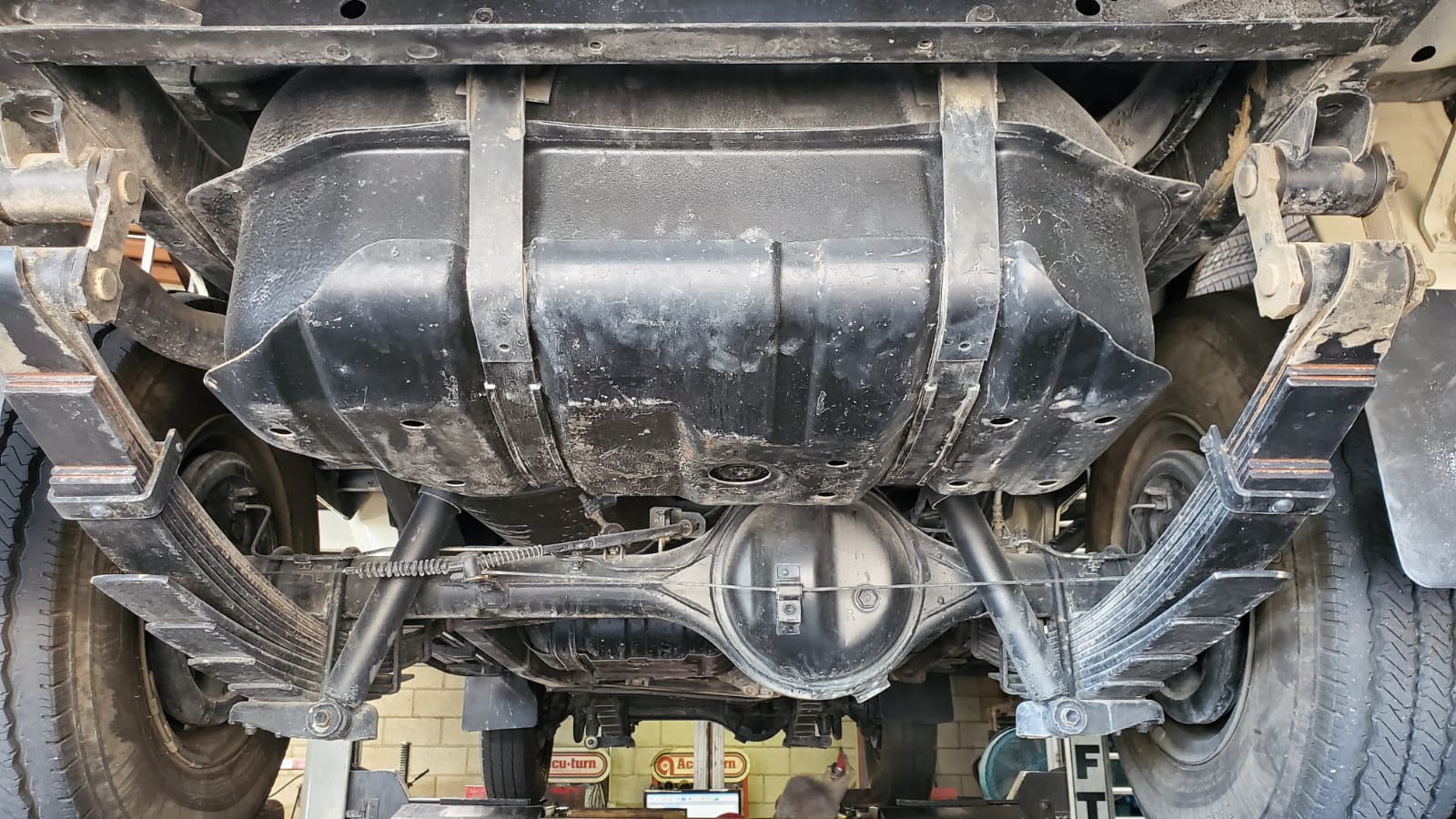 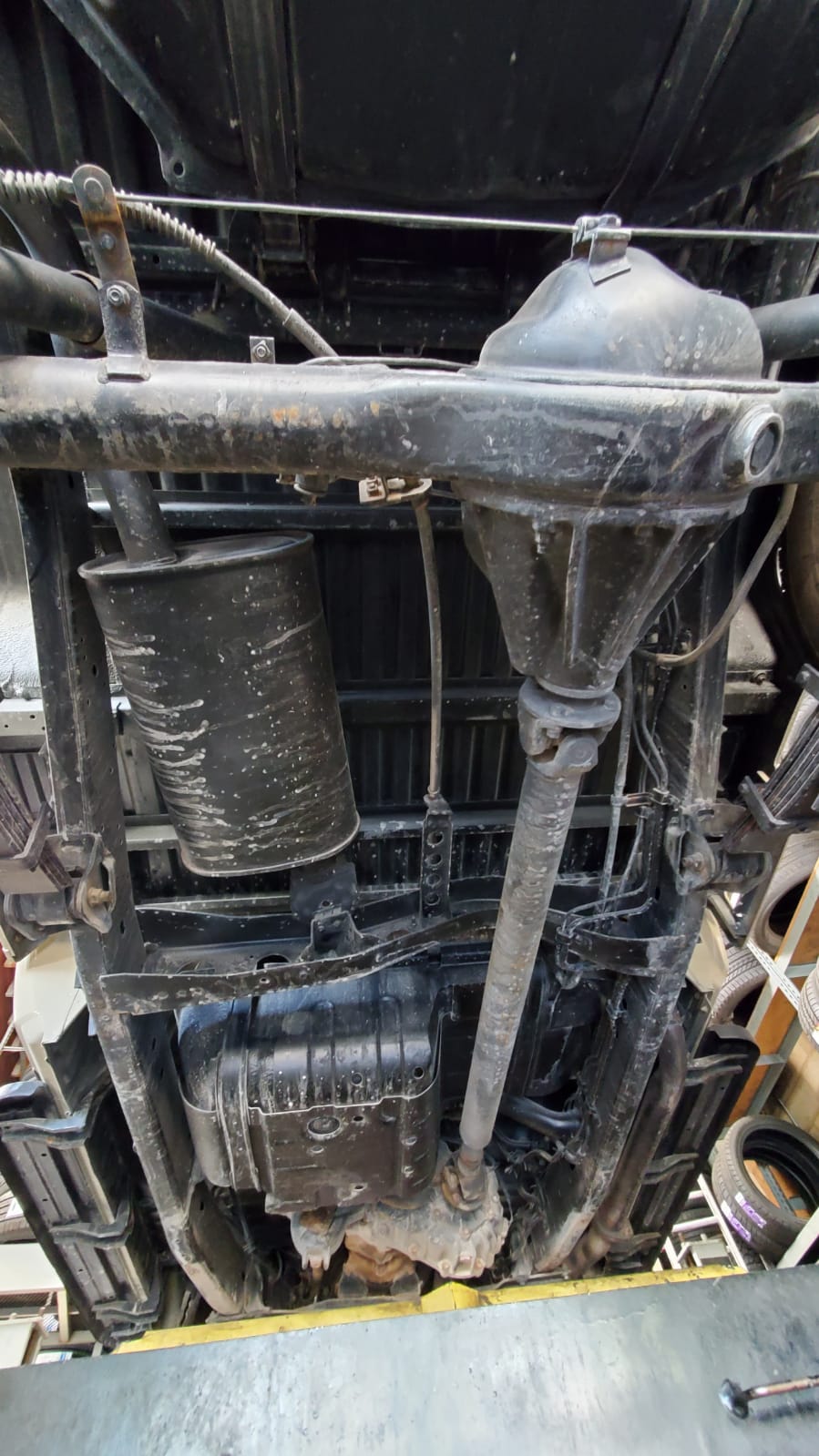 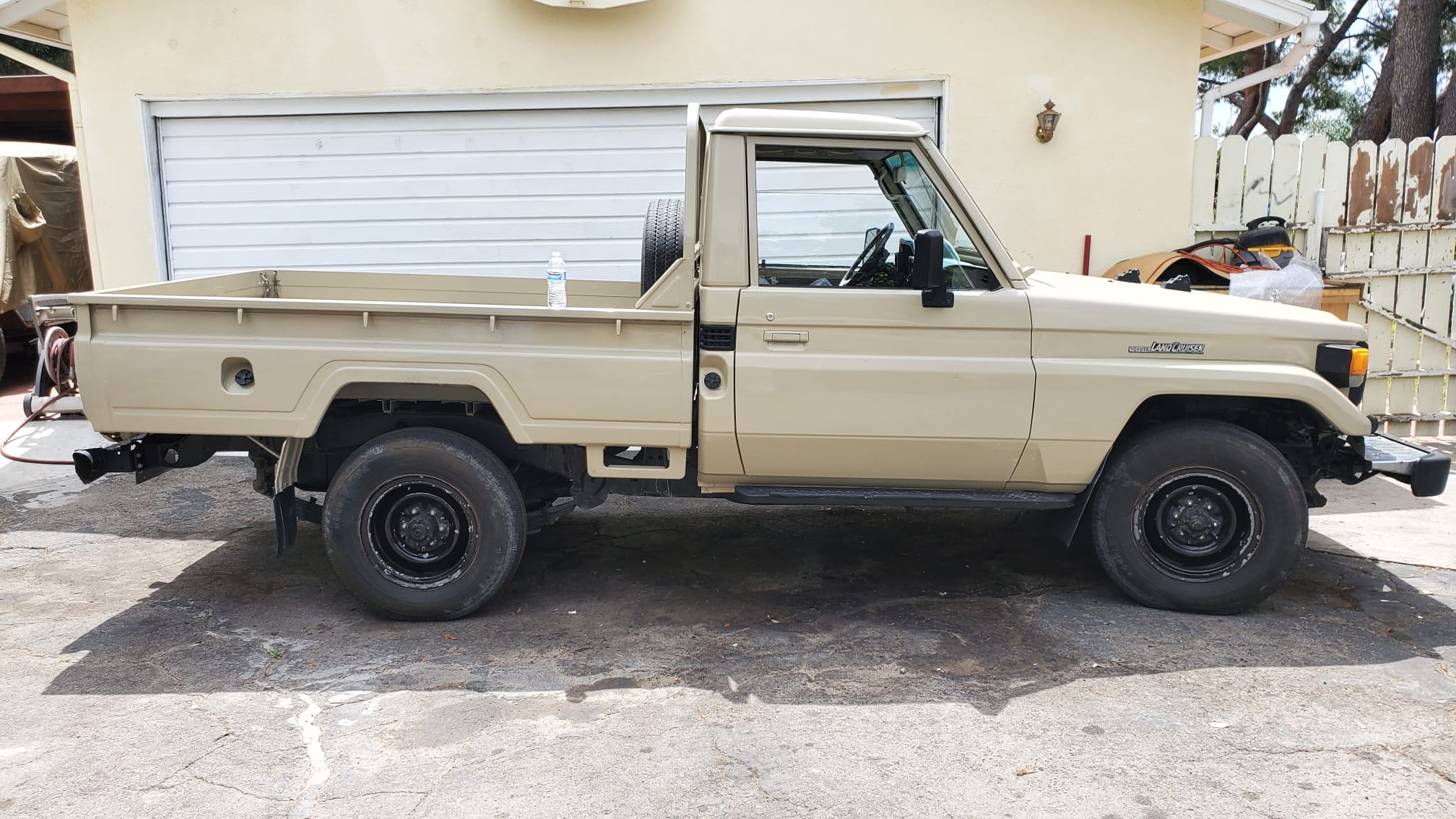 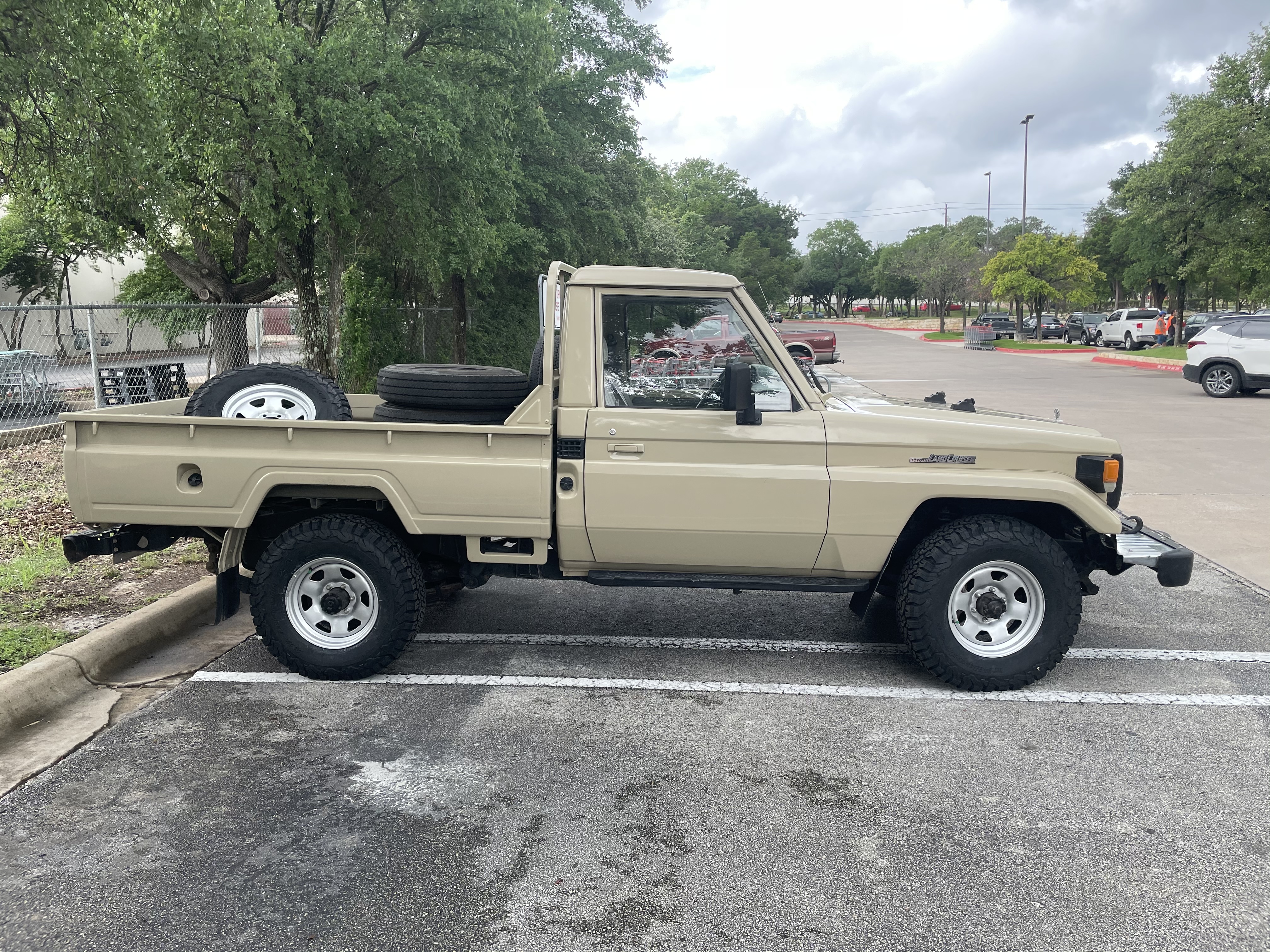 Perhaps someone can help me with the spare? Because the new wheels are a different offset, the lug doesn't snug down on the mount. 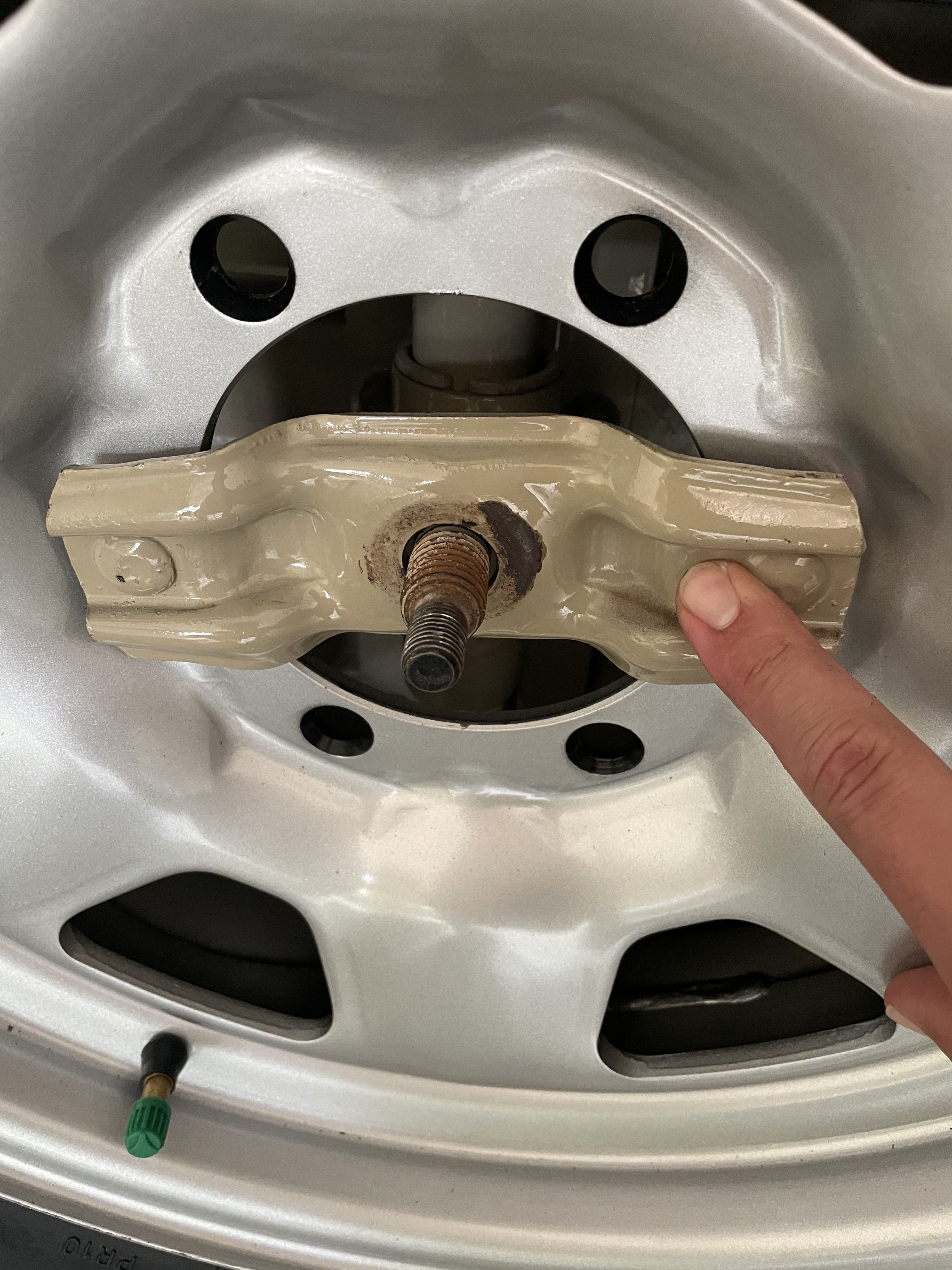 This is fully tightened on the "small" threads. 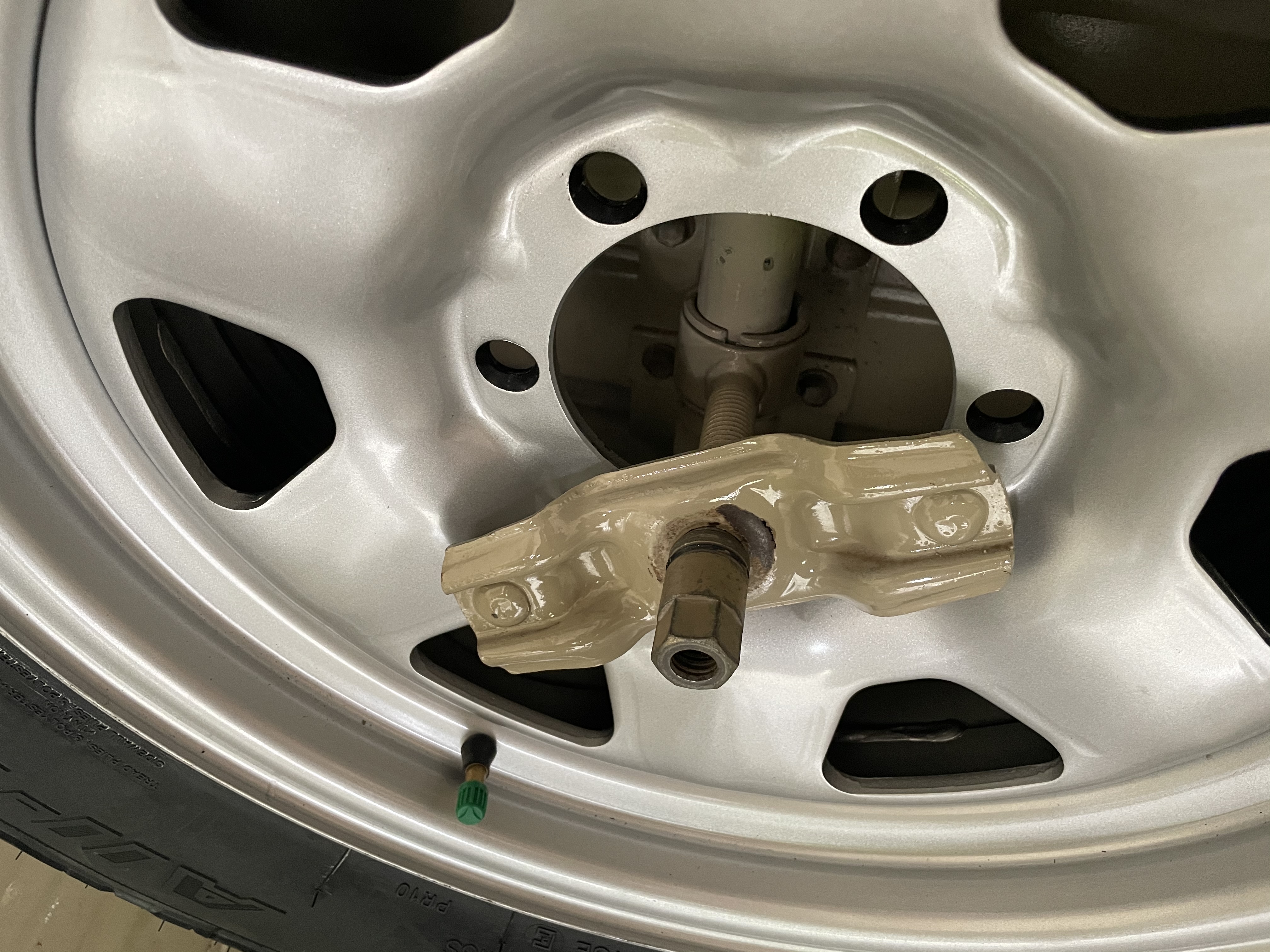 The truck was originally from the Middle East, and was a service vehicle for the police or military in that area. PartSouq lists some of the items on the factory PTO winch as "For Pakistan Government" so it might have been a military vehicle for Pakistan. 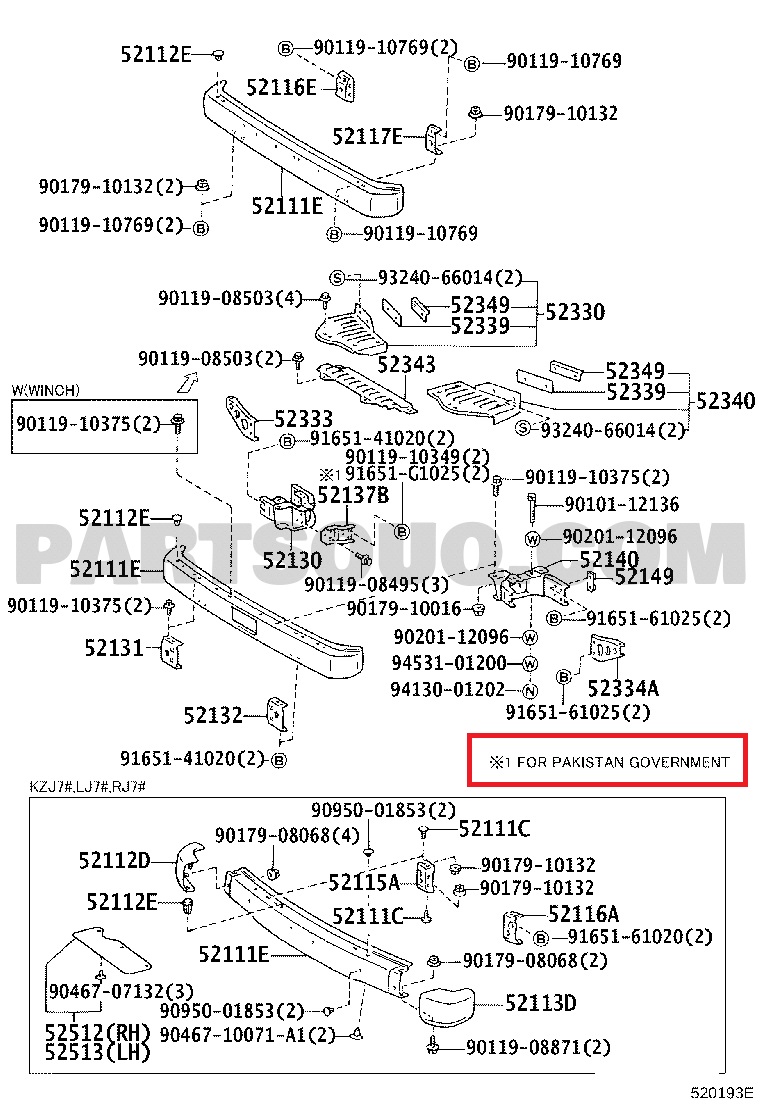 I have been told that dealerships in the Middle East are not allowed to sell former military/police vehicles with military markings. So at some point the truck was repainted so that it could be resold. The results are meh. 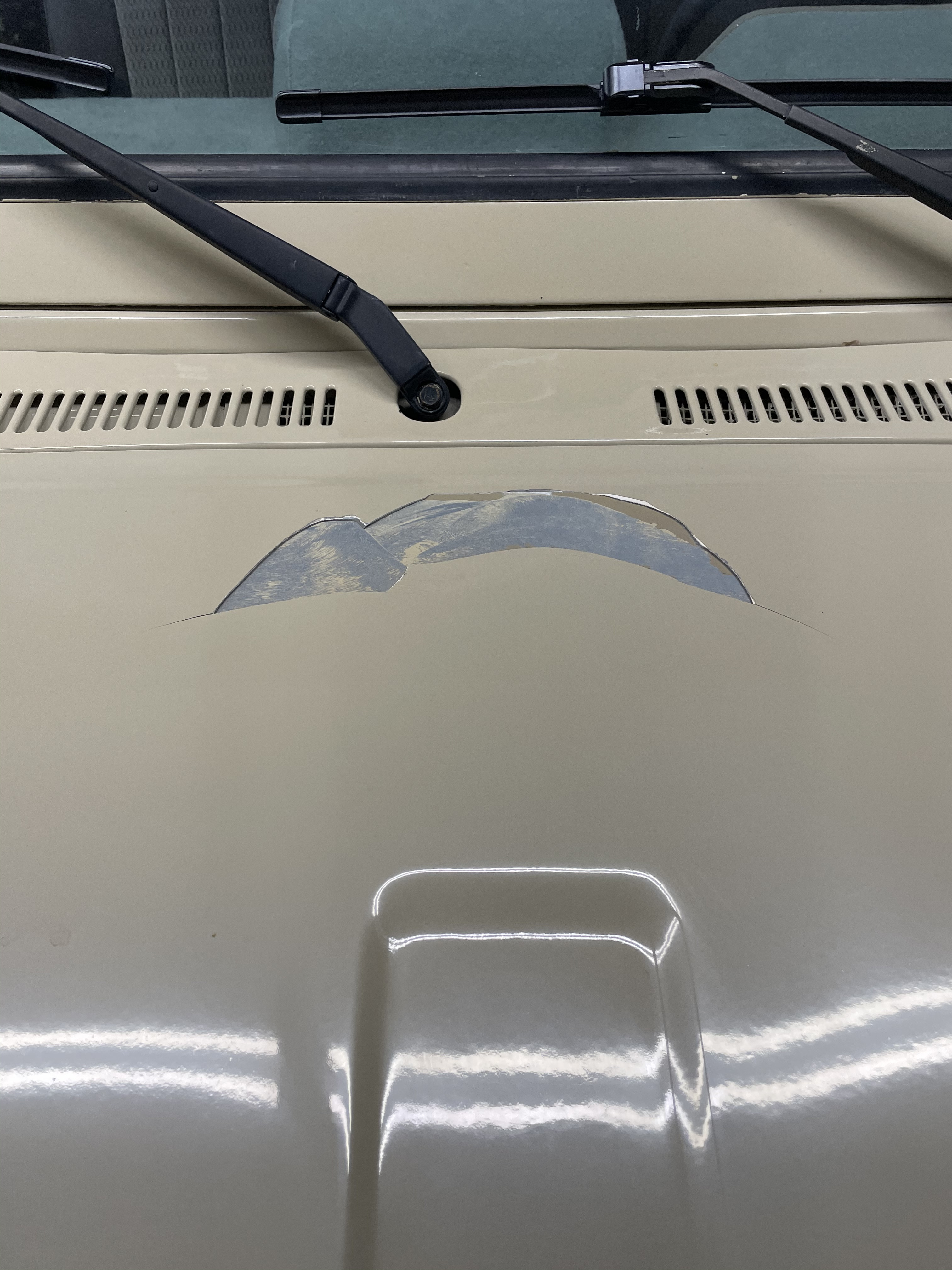 Clearly some body filler was used, although I don't know why. The metal underneath does not appear to have any rust or damage. They sprayed over everything, including the door handles and hood hinges. They did some minor repairs in the bed, where perhaps some piece of equipment was mounted??? 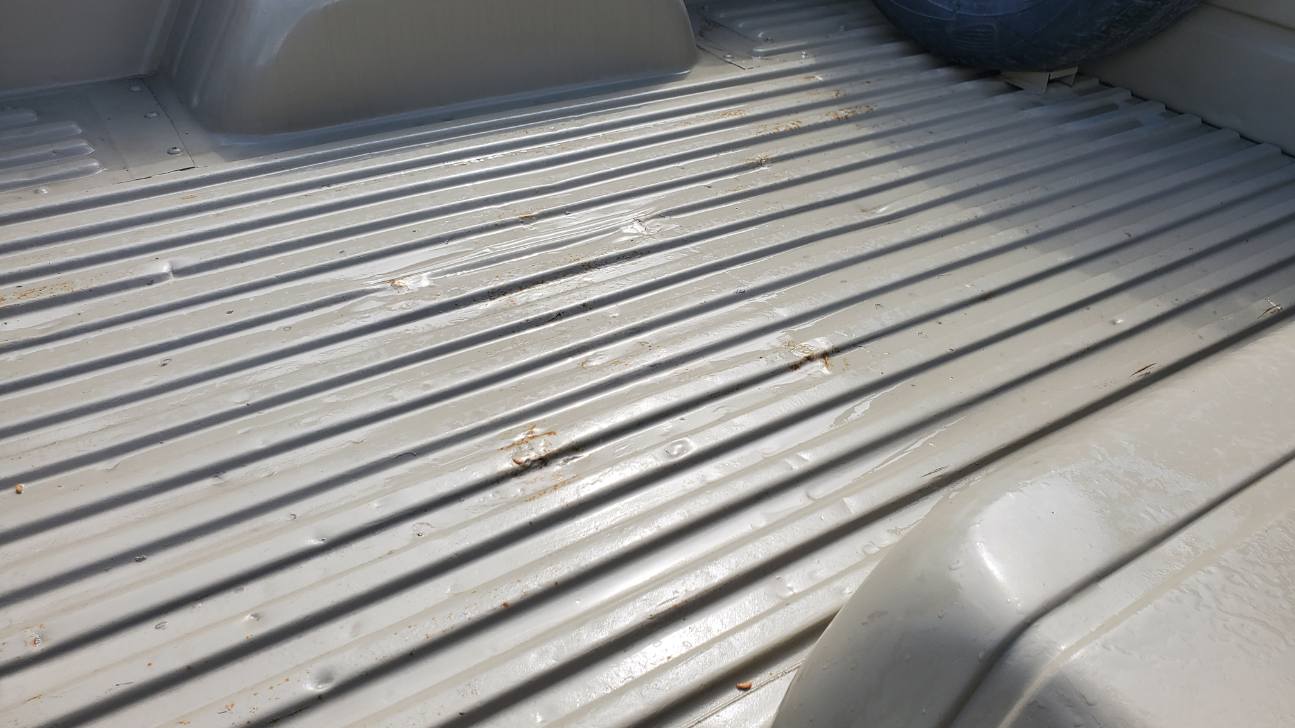 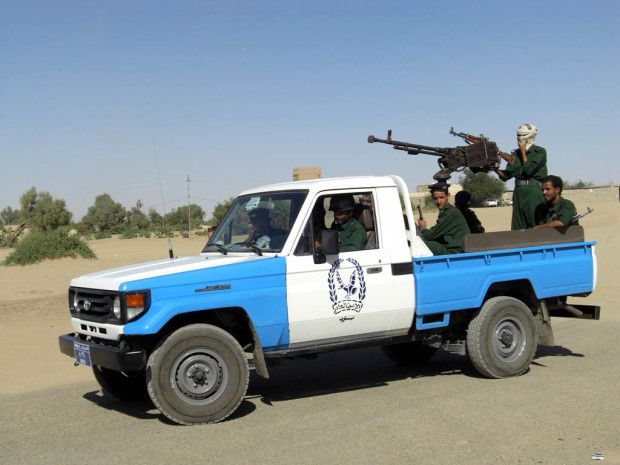 Although I would love to start adding fun stuff to the truck, like air conditioning, lockers, or turbo, my first priority is to baseline the truck and get it reliable. Just in the short time I have owned it, this is my list for repairs to get it legal/reliable (in no particular order):


Anyone have a part number for the 1HZ oil drain plug and washer? 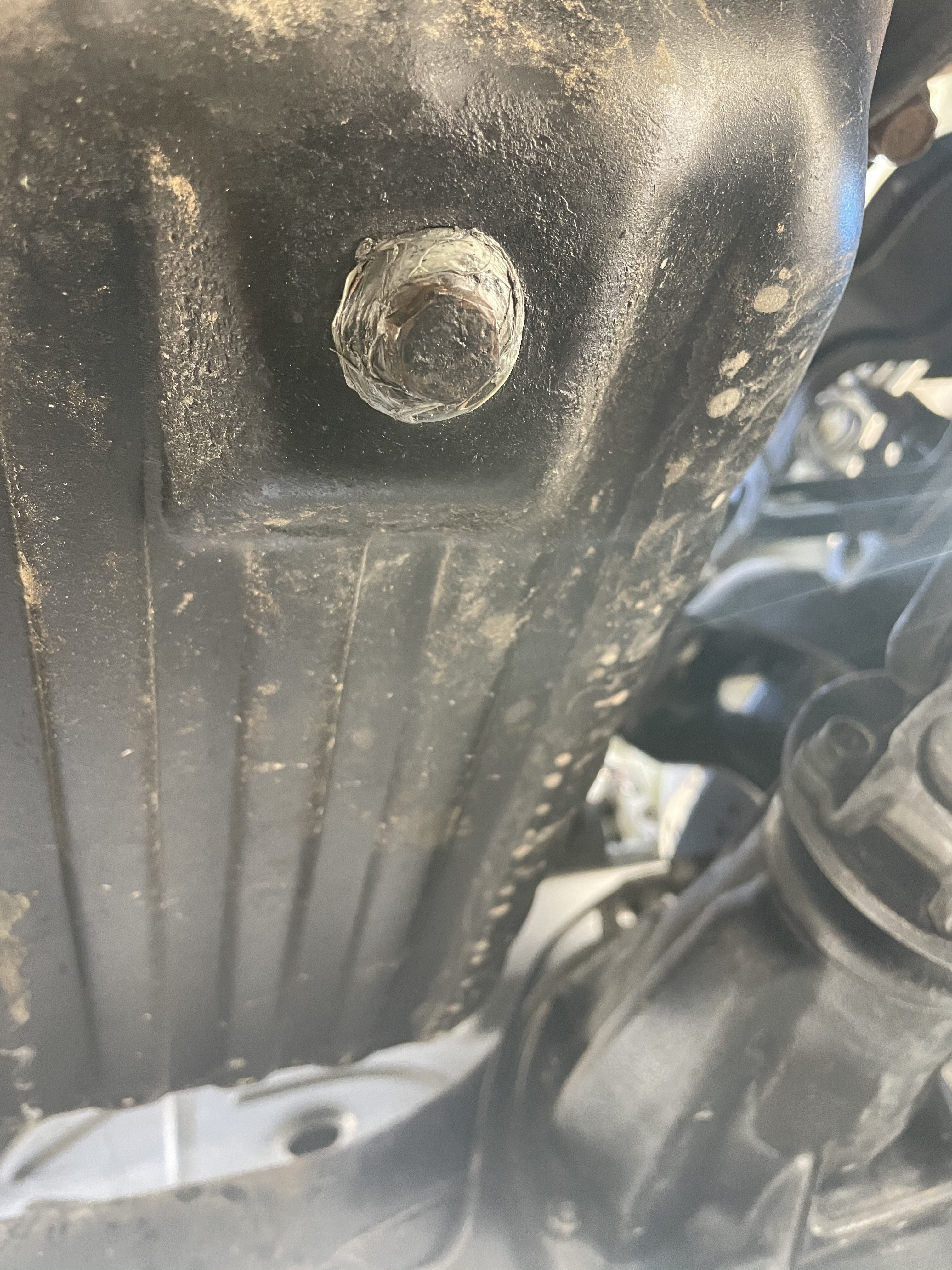 Also, the horn isn't working. Is this the correct pin plate kit for my steering wheel? 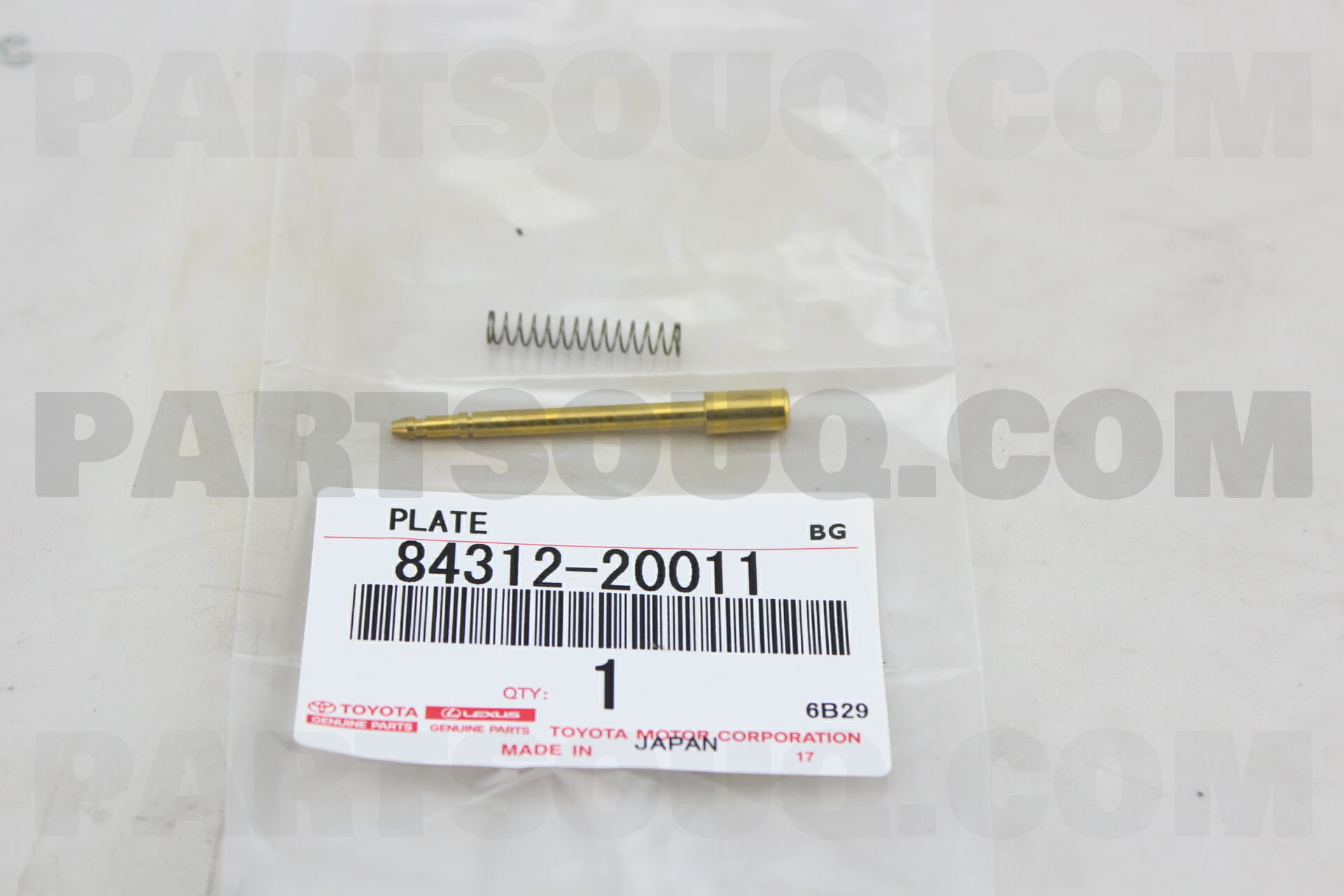 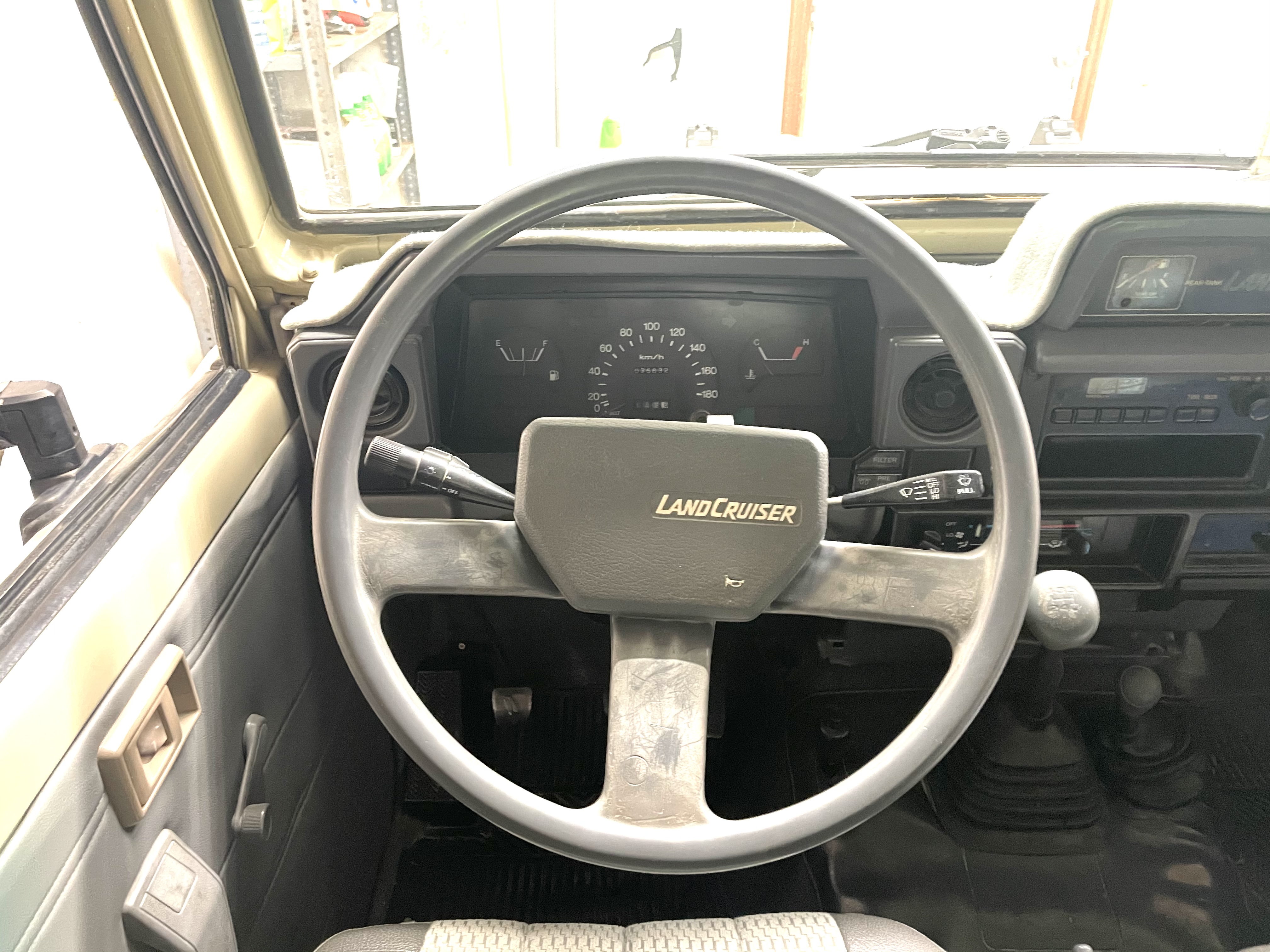 I think all these things from the middle east are full of body filler.....mine had at least 2 gallons worth on it

You're missing the big lockdown for the spare tire carrier....that's what threads on to the big threads. The smaller ones are for the locking lug nut. 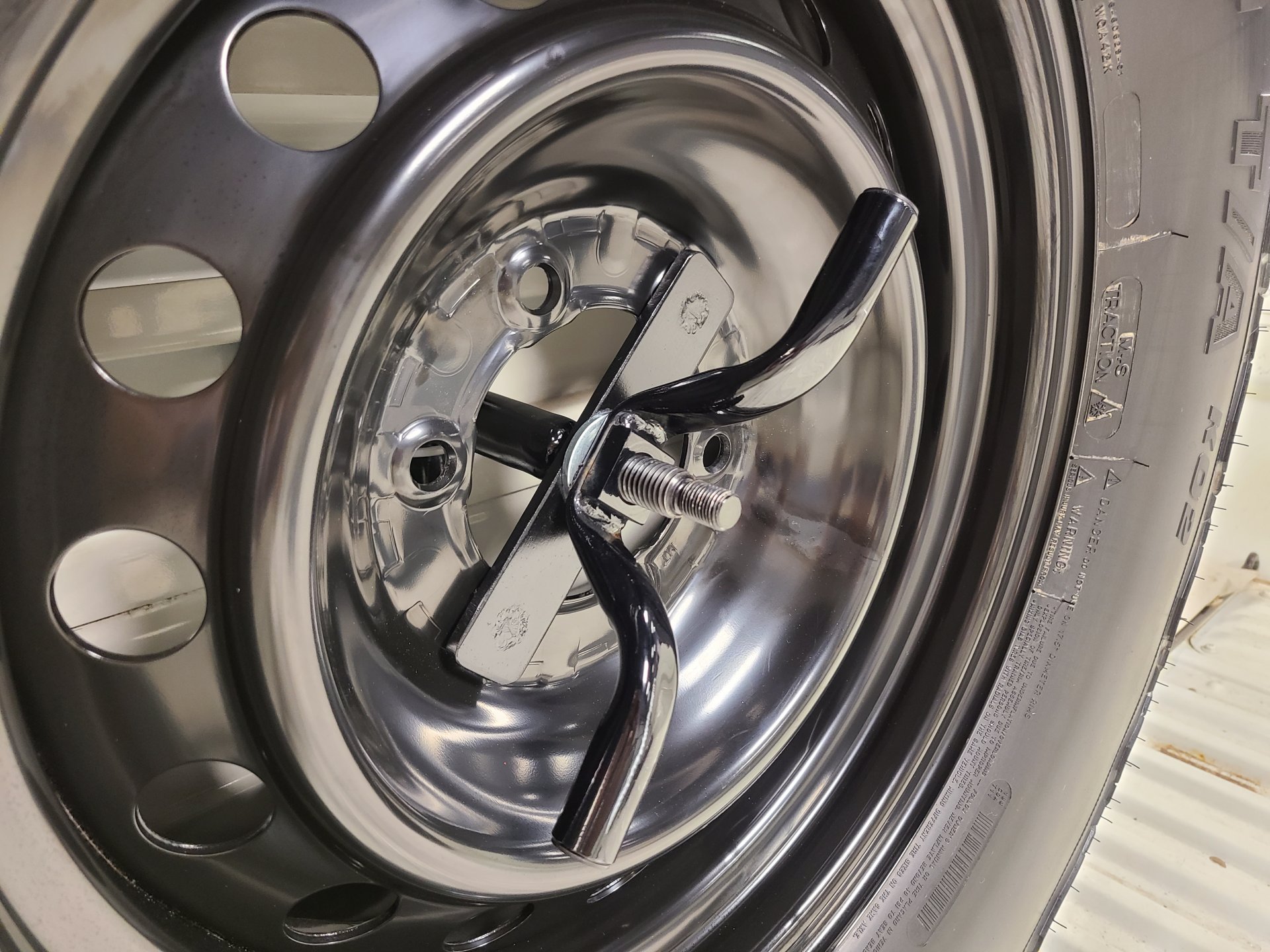