Hey I've been creeping on the forums for a bit, but decided that I finally needed to document some of the results of my build so far.

I have gotten a bunch of info from IH8MUD and you guys have helped me get to where I am now without even knowing it. I am sure mine isn't the only story like that!
Also, shout out to Project Wrong Way! I am a huge fan of Ben's videos and watching them have given me a bunch of great info to apply to my own Cruiser.

A bit of backstory:
My 1977 FJ40 used to be my Dad's. When he passed away back in 2003 he left me his old Cruiser. Being 11 at the time, I didn't have any of the knowledge, resources, time, or ability to do anything with his old cruiser so it sat in my grandfather's barn until July 2020. Now that I have a stable job, a house, and some garage space to work in, I decided to finally get the cruiser out, dust it off, and get to fixing it up to working condition once again. 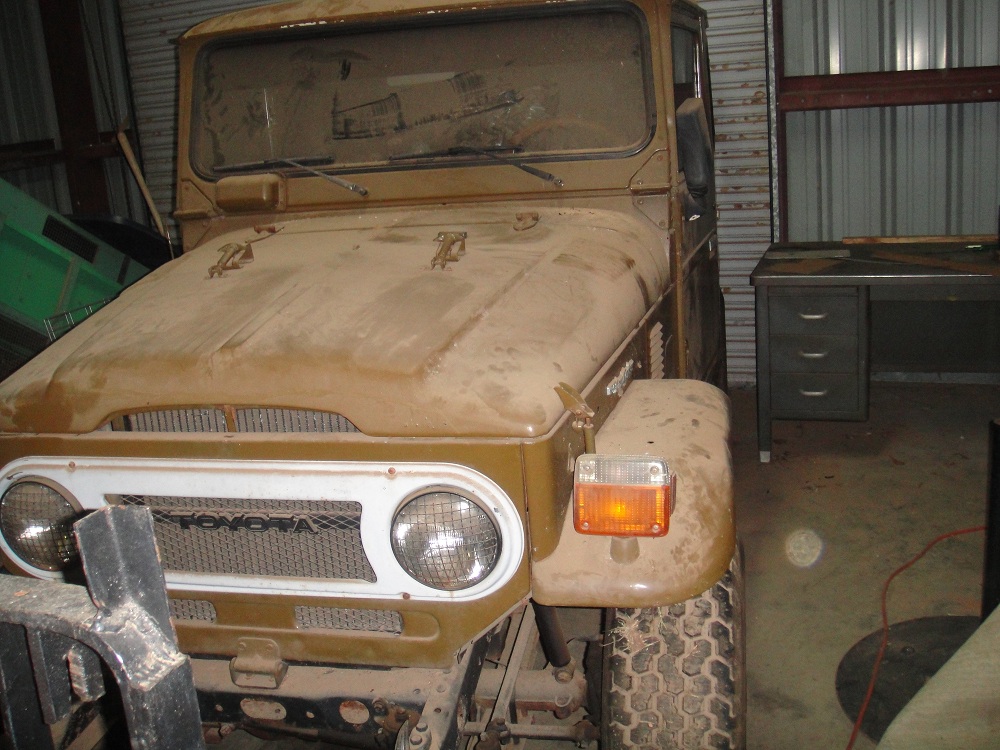 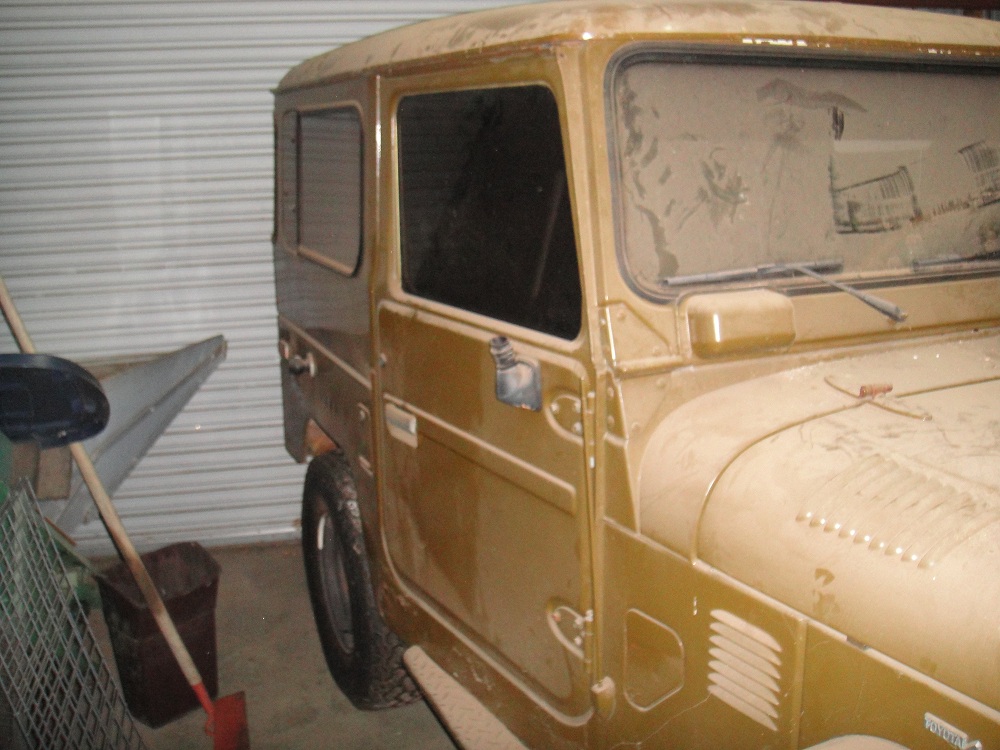 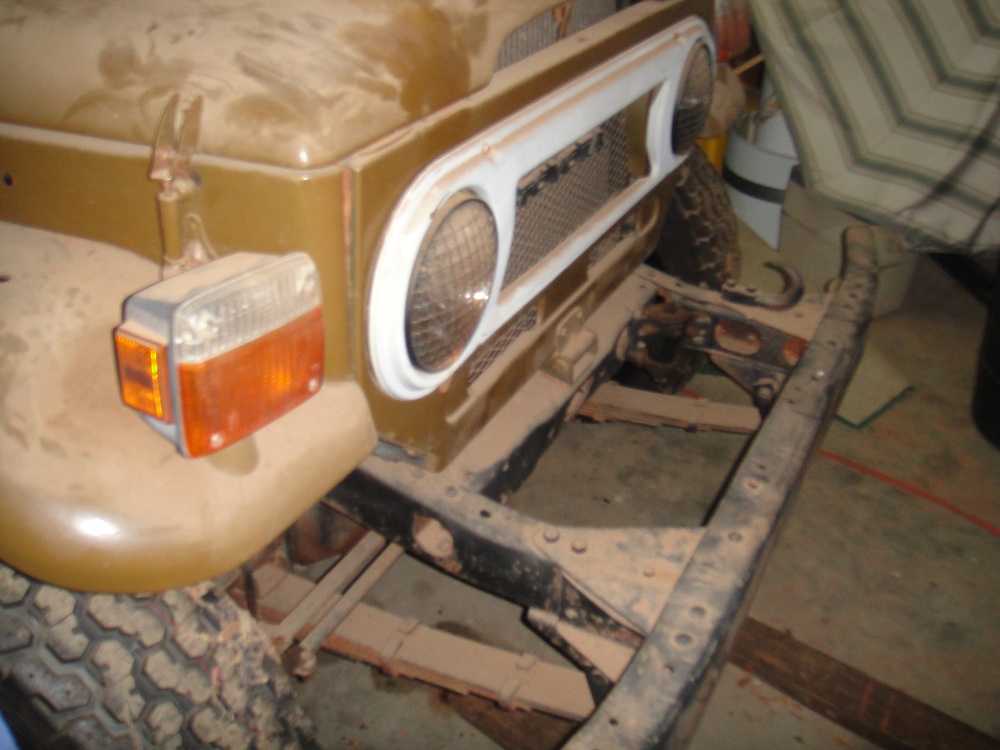 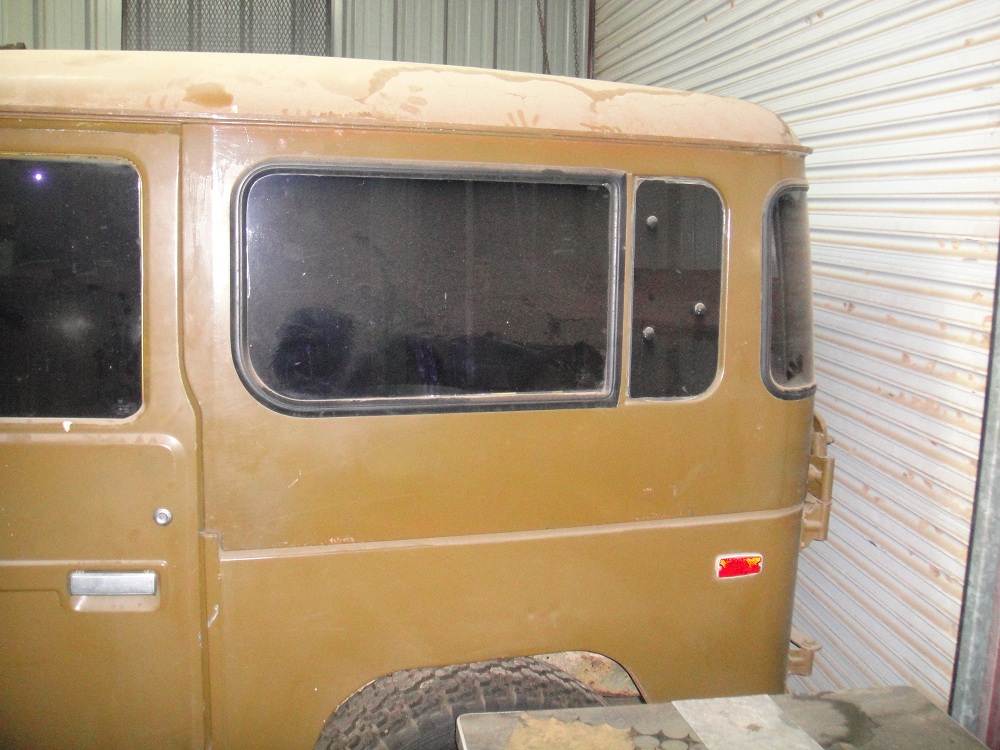 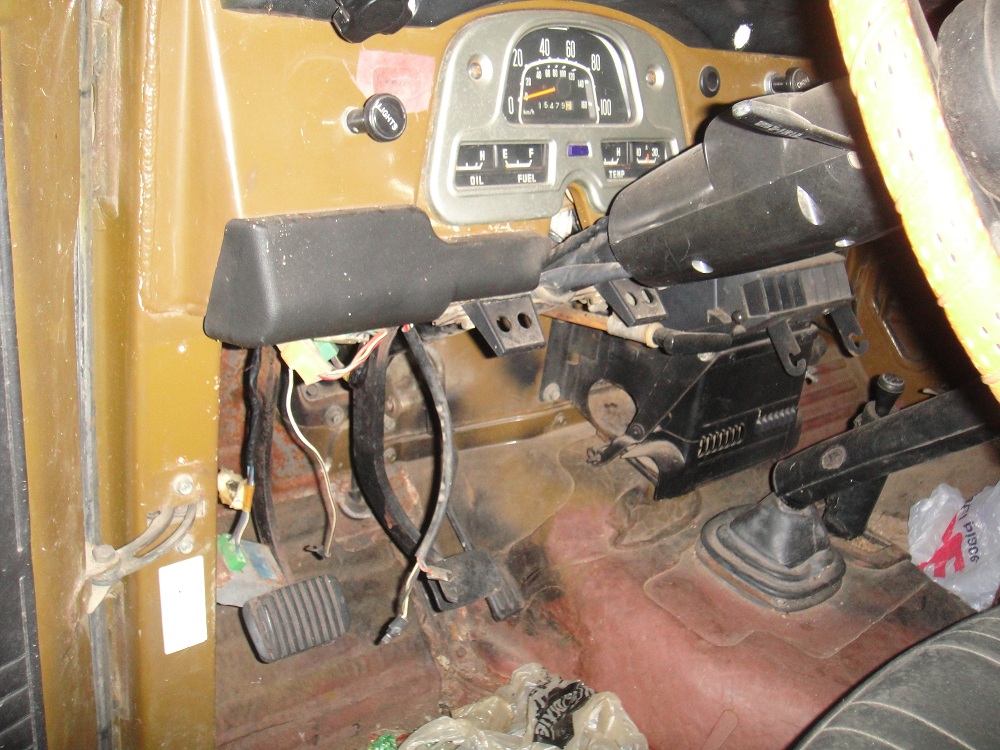 I started with getting it from Pensacola area, down to my home in Ocala, Florida.

Truck, trailer, some muscle from (my mom, my uncle, and my step dad, and me), and a full weekend later, it was home and ready to begin. 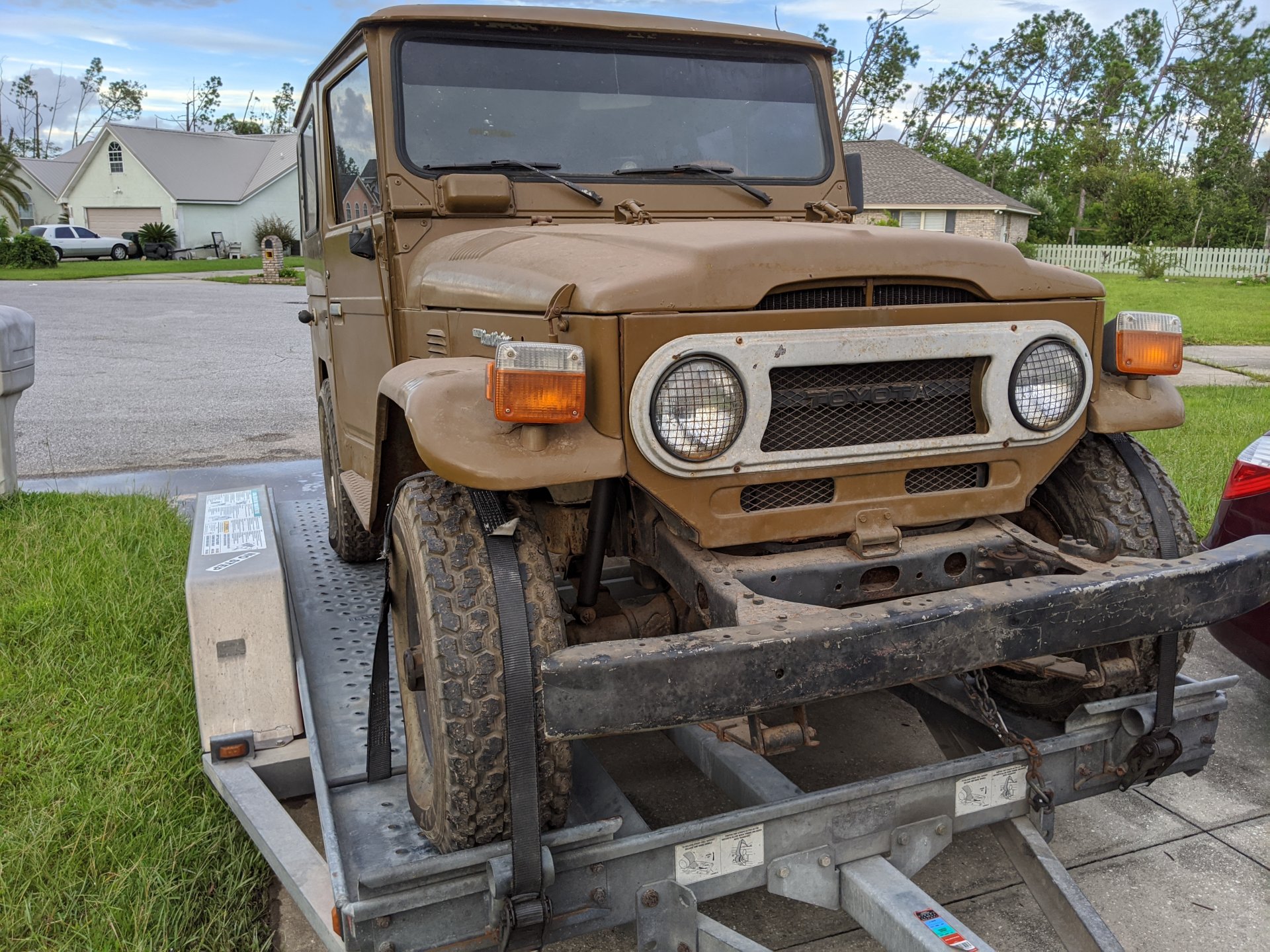 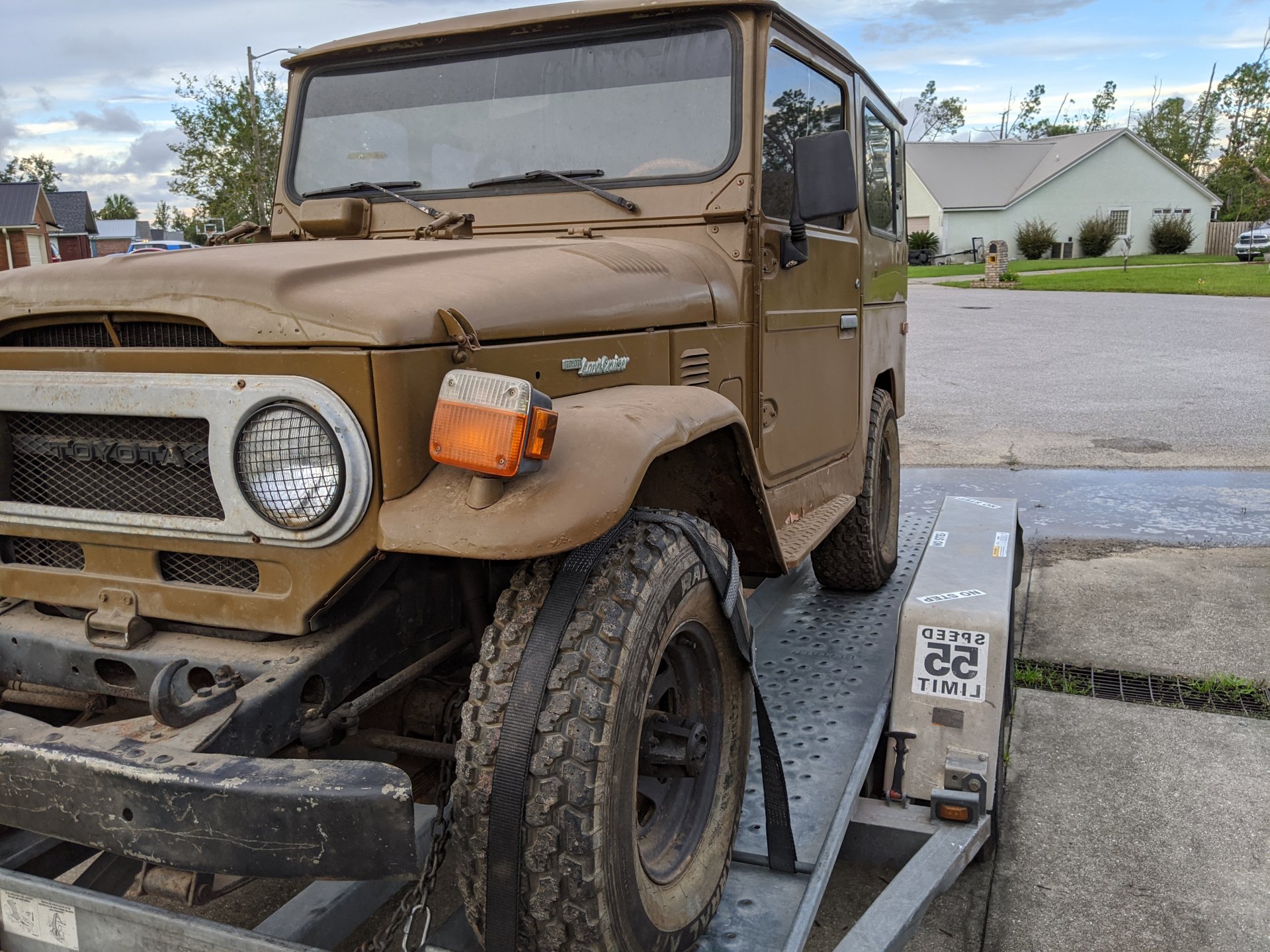 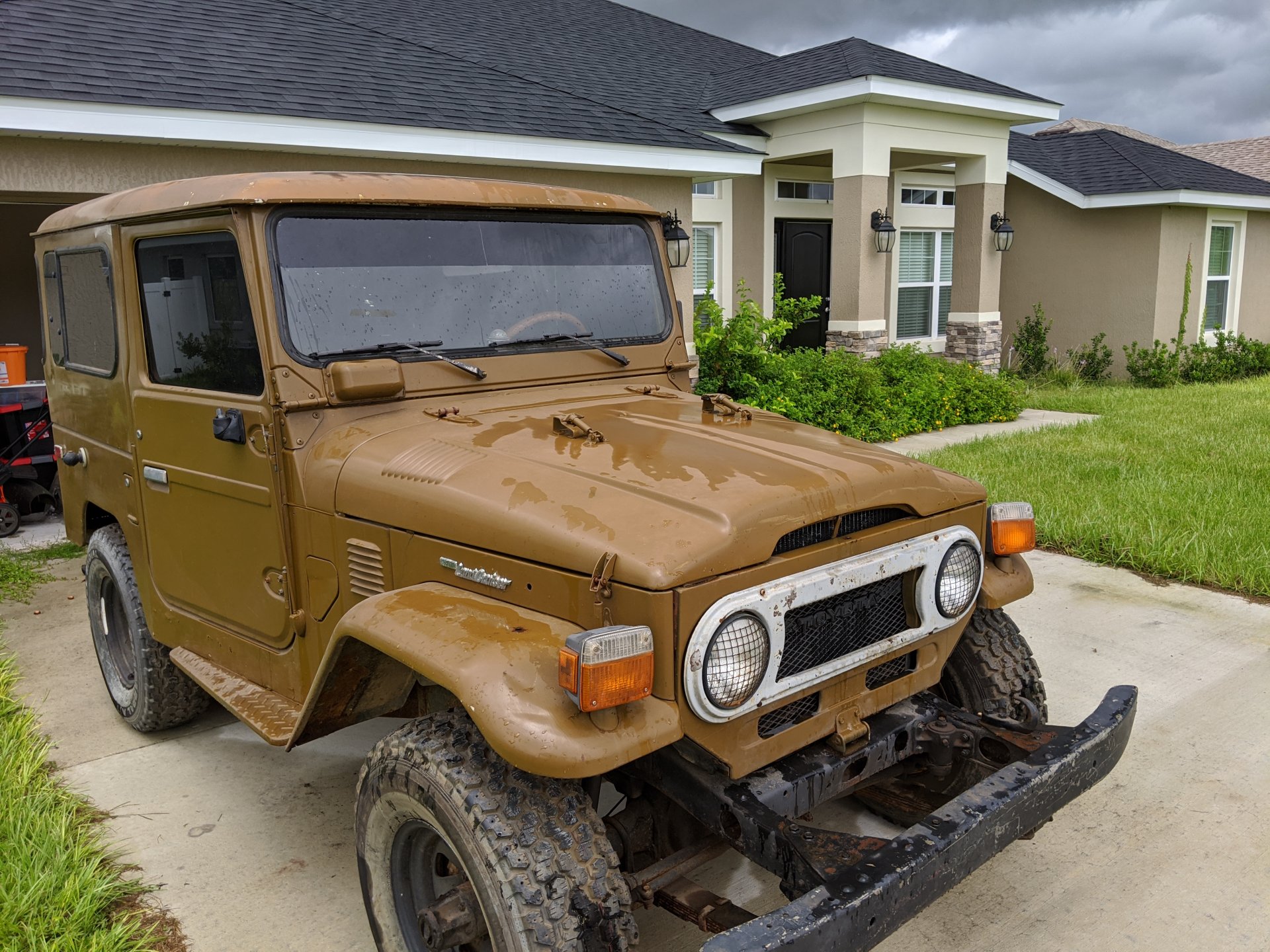 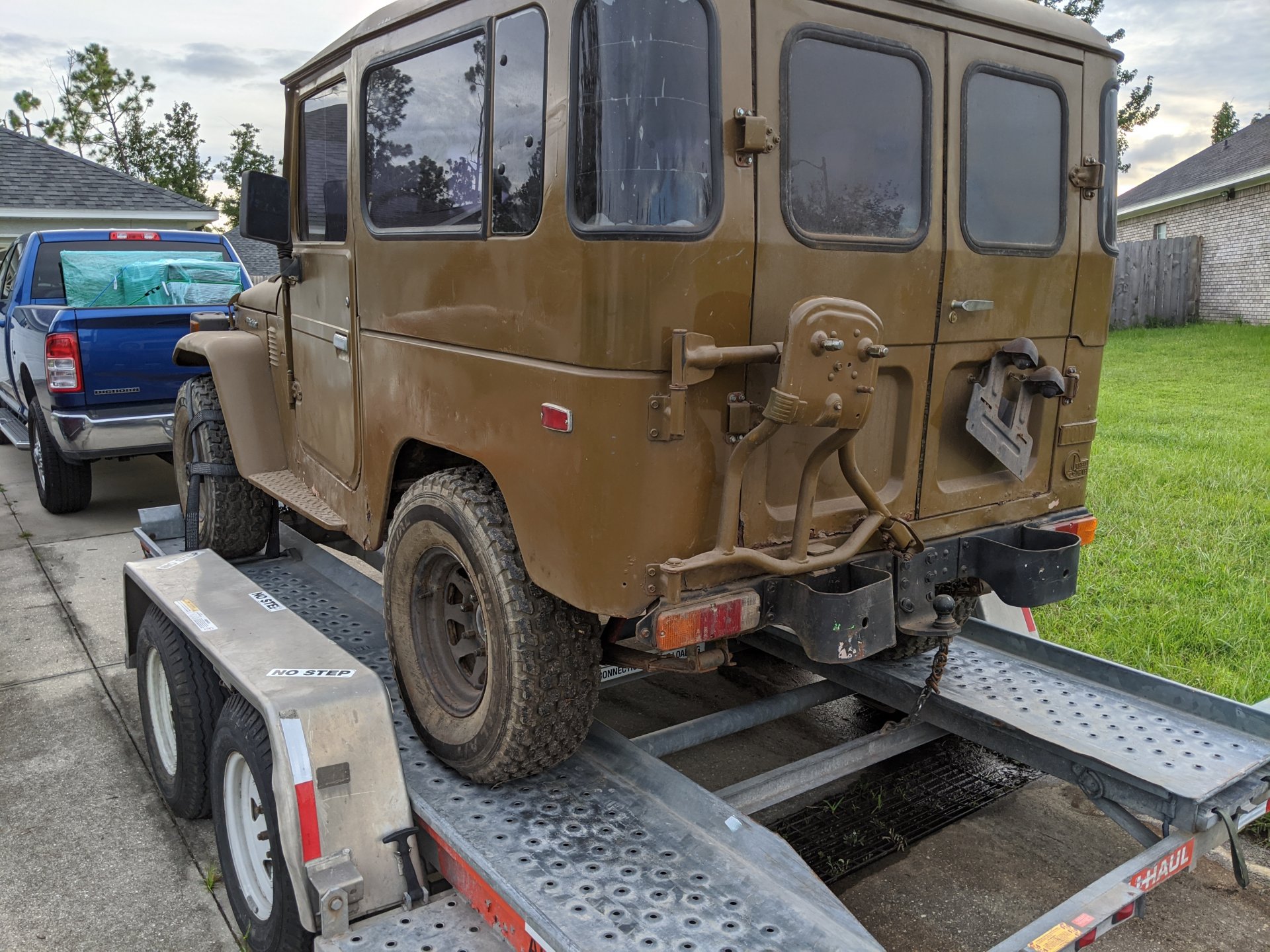 Welcome to the madness also!


Get it running and stopping, drive it for a while before you make any decisions to start tearing into it.

Great rig. Bet your dad would be very happy to see this.

Looks like a well preserve cruiser. I would be thankful for your granddad hanging to long enough to give you a chance to get established in like. Being stored inside is huge.

Now to get her started again! Unfortunately didn't get too many pictures of these steps :/

Clean out the mouse nests, dirt, and junk piled up on the inside! Gave her a good hose down and clean.
I inspected everything for any issues & replaced all the fluids.

There had been a bit of an electrical fire, which had originally taken her off the road to begin with, so I replaced the Dizzy Cap, Rotor, and spark plug wires (fortunately my dad had already stared collecting these replacement parts before he had passed).
Inspected the grounds based on research here and they looked okay. I fixed the melted alternator leads.

Checked that she was not seized and everything could turn freely.

Fuel hoses were cracked and dry rotted, so I replaced all the fuel hoses. Radiator lines looked good. (spoiler: they weren't)

Put in a new battery and tried to turn her over. Nothing.
Voltages were good, so I ordered a new gear reduction starter. (based on an IH8MUD thread) 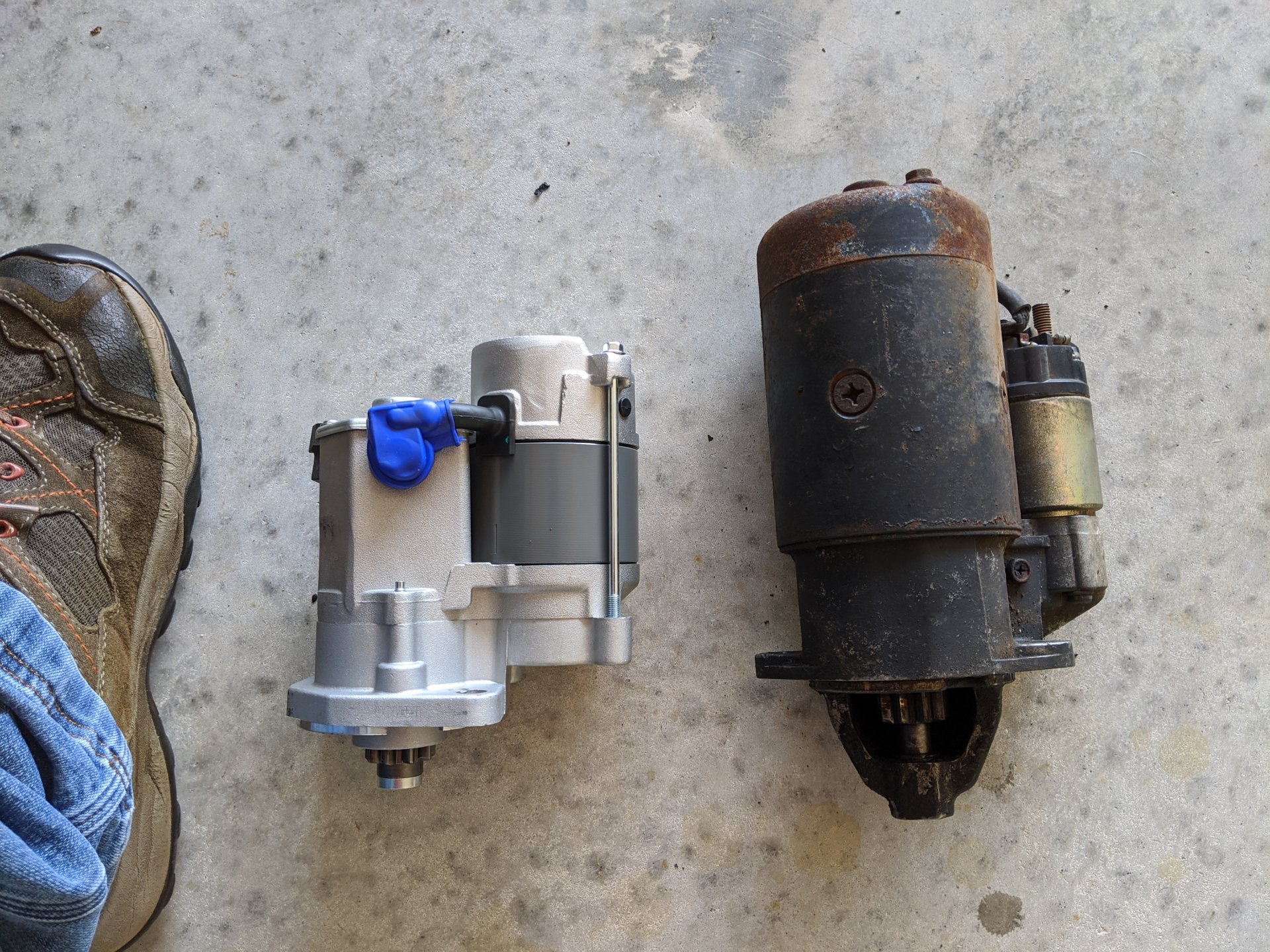 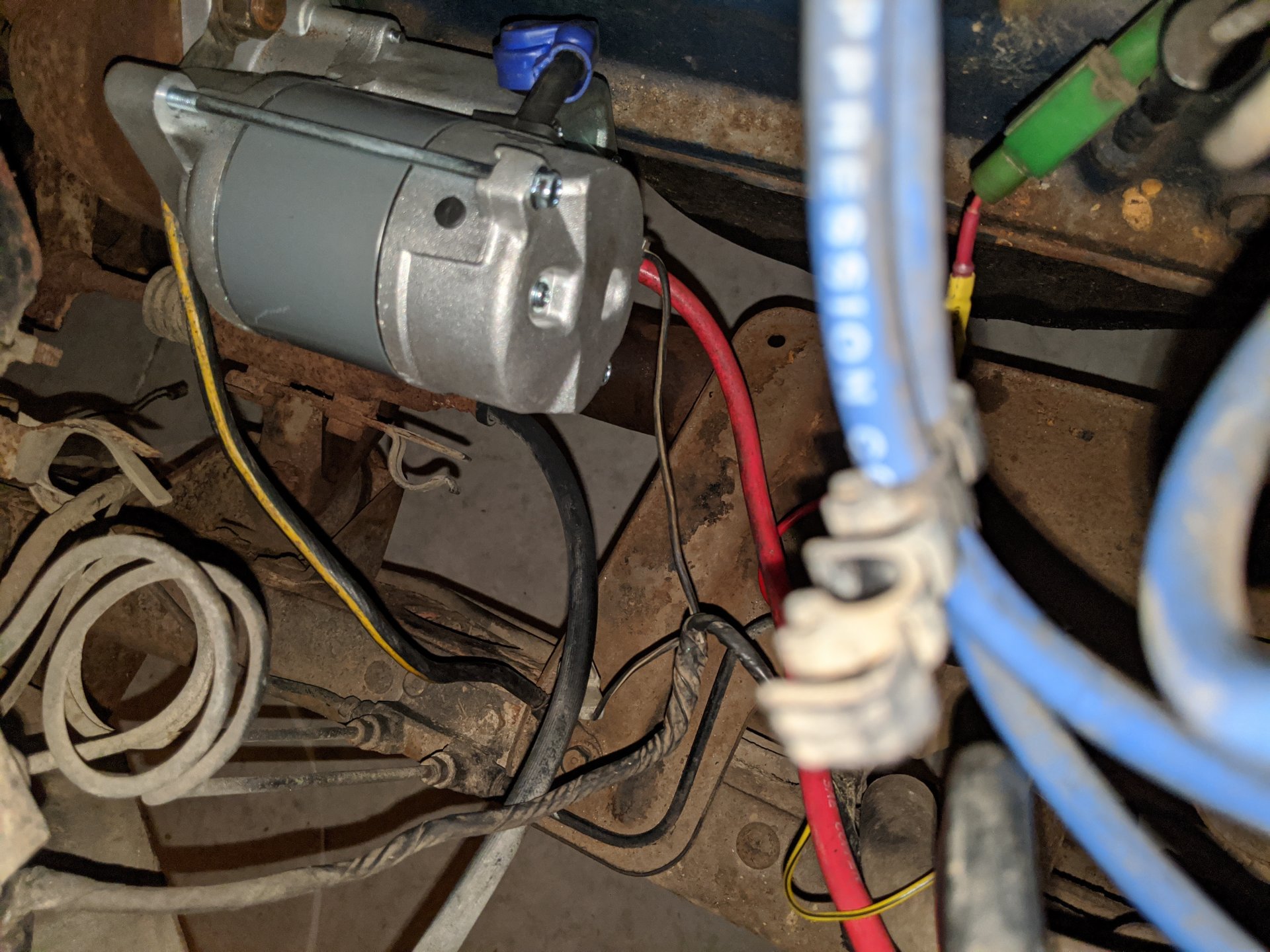 Tried again, and she was turning over great, but still wouldn't start up. After 30 seconds, I saw that I had let out the magic smoke from the fresh alternator ground wire. So I replaced all of the ground with 00 gauge welding cable and fixed the alternator ground once again (couldn't get 00 to fit, so I had to resort to 10 gauge, lol). 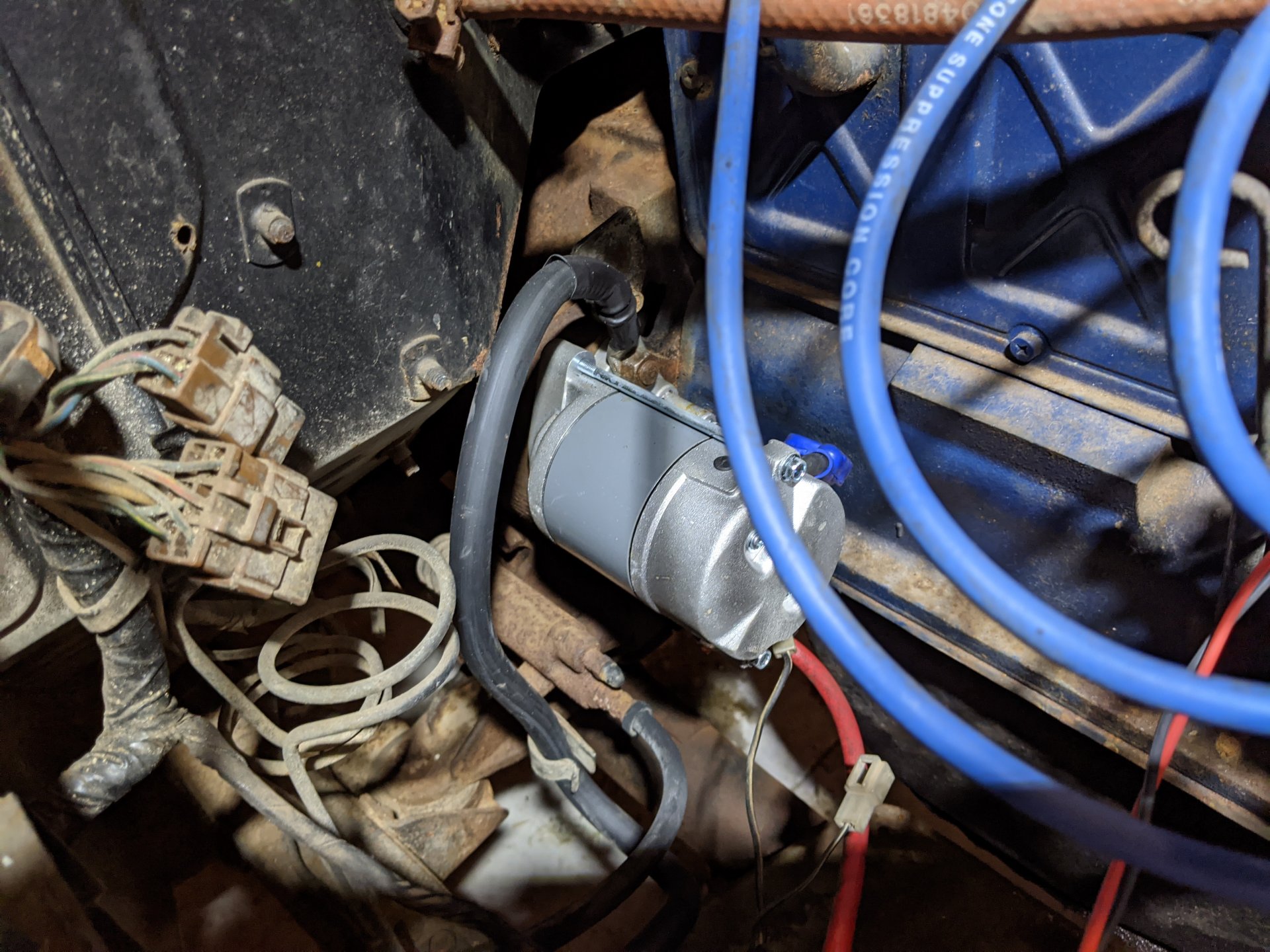 The master brake cylinder was leaking, due to a missing (read broken off) sensor that I can't get un-fused and out of the port. So I replaced it. 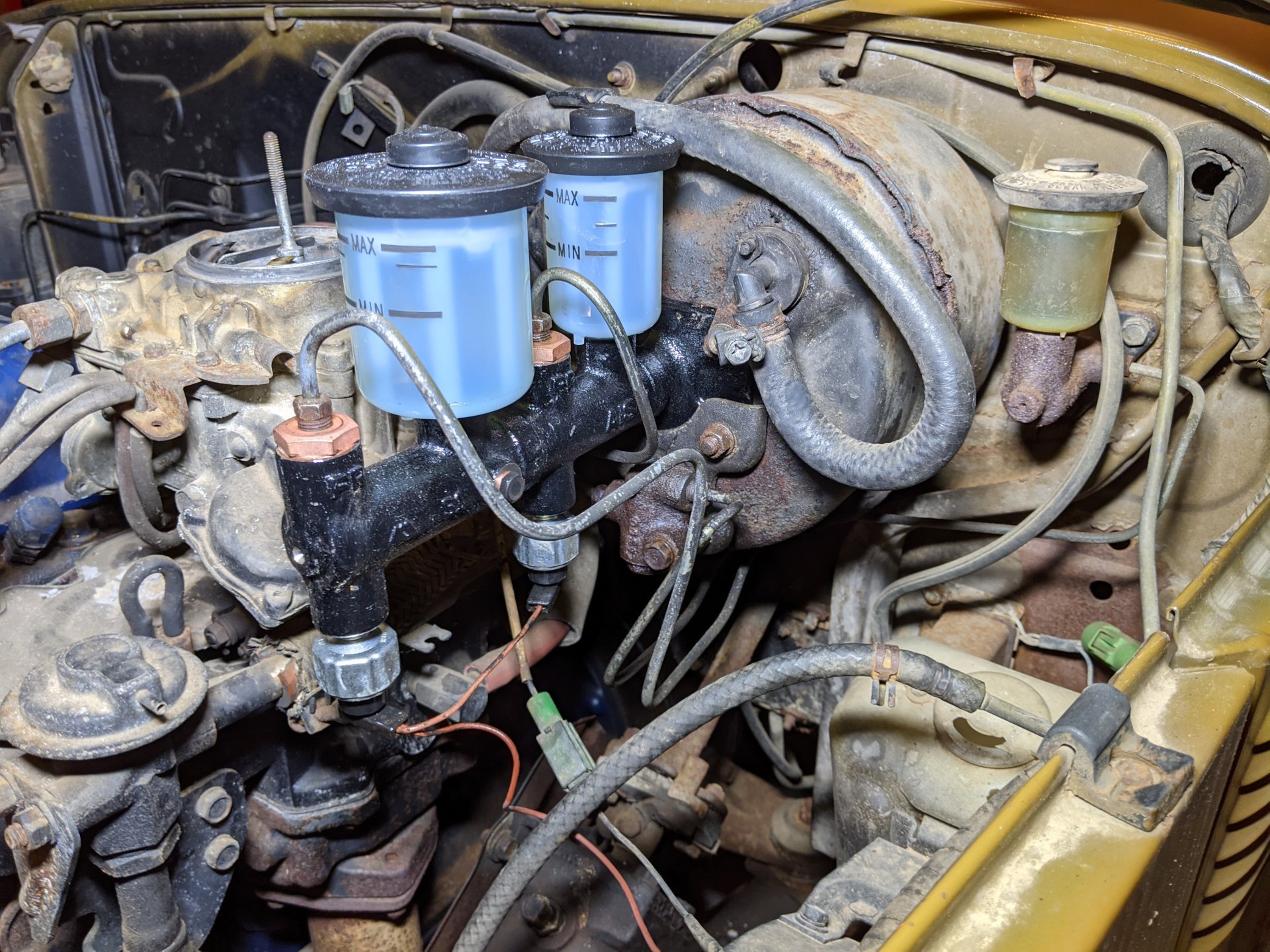 I phoned a friend that works on cars all the time and used to have his own body shop too to come over and help troubleshoot.
After a long night of troubleshooting, we narrowed it down to the distributor. He is a GM guy, so recommended that I just do away with the points and get an HEI distributor. (I know that caused a groan, I can hear you now!) I knew that that was less reliable than my points, but at that point in time, I was extremely frustrated and just followed his advice.

A week later, amazon delivered the HEI distributor. It didn't fit. I did some digging on here and found the 1977 model year side cover change, to fit a large cap distributor. Back to the drawing board.

I ordered a PerTronix ignitor II and a flamethrower coil, installed them last weekend, and she started right up!
SHE's ALIVE! (Sorry, I wasn't able to upload my video, so here is a link to the video of it running. Volume warning, she wasn't running without choke, so is at high idle)

Unfortunately, not all good news. The radiator hoses that looked pretty good earlier ended up bursting and performing an impromptu radiator flush. SMH

I am really grateful to my PawPaw, he was amazing. I hope my Dad is watching over me and isn't to mad about me fumbling through getting his cruiser working again.

I hear you, I want to get her running and drive around for a bit before I do any heavy restoration!

Congrats and welcome!! I guarantee your Dad is watching over this. I look forward to following this special cruiser.
Love the history!!!
Cheers!

Sword, that's (gonna be) an awesome cruiser. You can't go wrong with the Pertronix stuff, I have that in my '65 Mustang.
Like you, I bought an HEI distributer but mine fits great on my '64 cruiser. My old one wasn't original and crapped out.
Keep the posts and pictures coming!

Very nice! 77 is a great year, keep the pics and updates coming.

Great looking specimen and vintage, welcome aboard! Similar story to mine which started in ‘85 as a kick around/hunting rig with my Dad.

Nice 77! Toyota points can still be had from any dealer for around $10.

Great story! Kudos to you and your family. Advice, stock up on the patience and never feel shameful for asking questions.

Being a mudder with a '77 as well, feel free to send a PM if you have any questions.

Solid rig and one of my favorite colors.

Good luck peeling that old window tint off. That was one of my least liked activities on my 40 when I got it (that and removing the copious amounts of caulk used to help the sh!tty knock off weather stripping around the doors). Don't use razor blades as they'll end up scratching you windows.

Also, don't always go along with your mechanic buddy who knows nothing about Land Cruisers. You'll get much better opinions and direction from the folks on this board. Throwing parts at a 43 year old vehicle will get expensive and frustrating very quickly. There's also several supporting vendors on this forum for all your parts needs. No need to give any more money to Jeff Bezos.
You must log in or register to reply here.

Tuesday at 5:04 PM
Living in the Past