FxFormat said:
The sway bar link hold up a lot of the wheel travel, if it breaks, you basically have flex like solid front axles
Click to expand...


You mean I went through all that effort when all I had to do was disco the sway bar!? FML man...

saucebox said:
You mean I went through all that effort when all I had to do was disco the sway bar!? FML man...

DownByTheRiver said:
Is this what makes the key persnickety about turning occasionally?
Click to expand...

Installed a Blue sea systems OLED voltage meter in a clean location and wired in a switch to override the interior lights turning on when the liftgate is open - this is huge for sleeping with the liftgate open or generally having the gate open for long periods while fishing, at camp, cooking on the gate, etc. Prepping for an upcoming trip west next month. 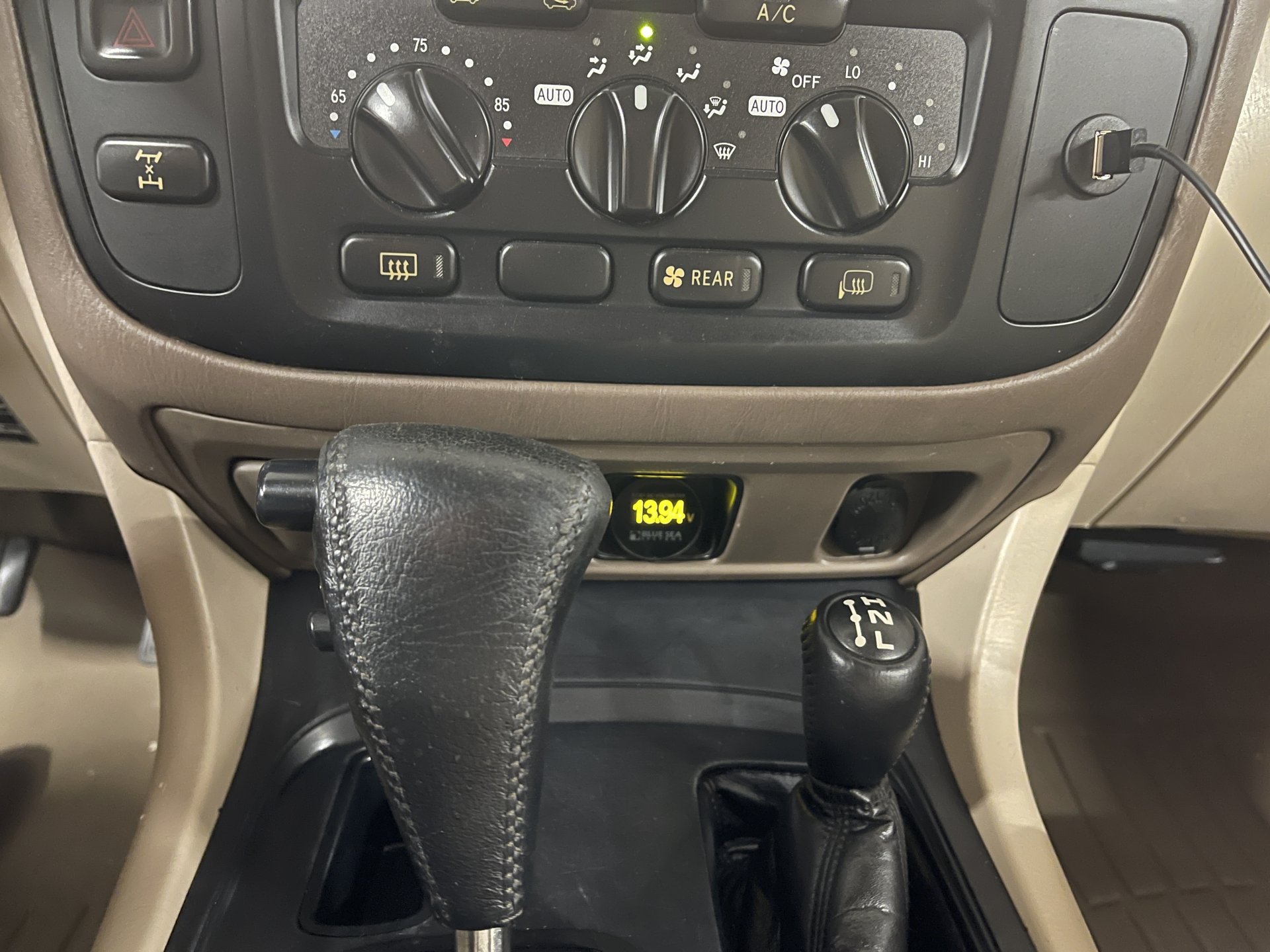 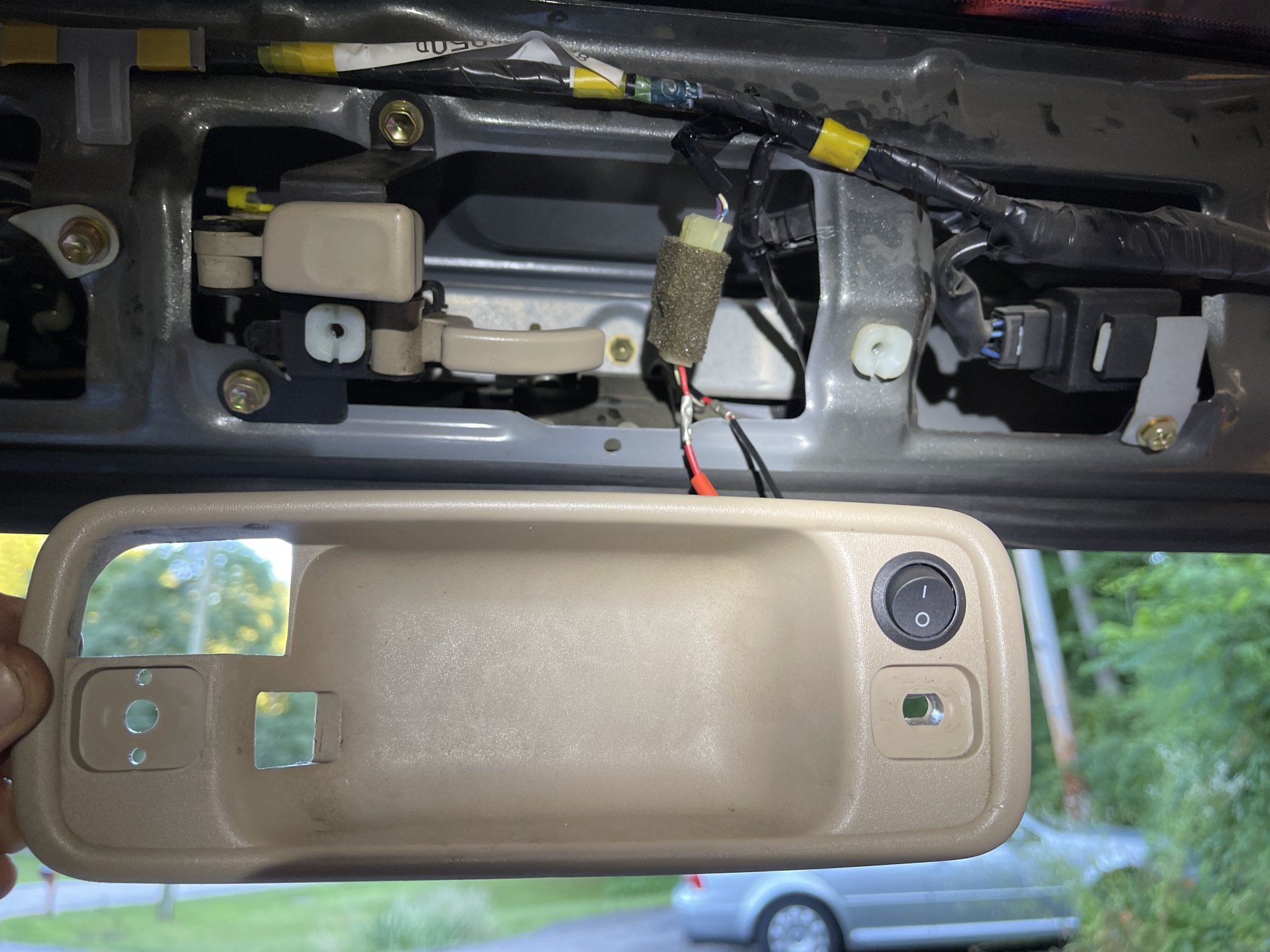 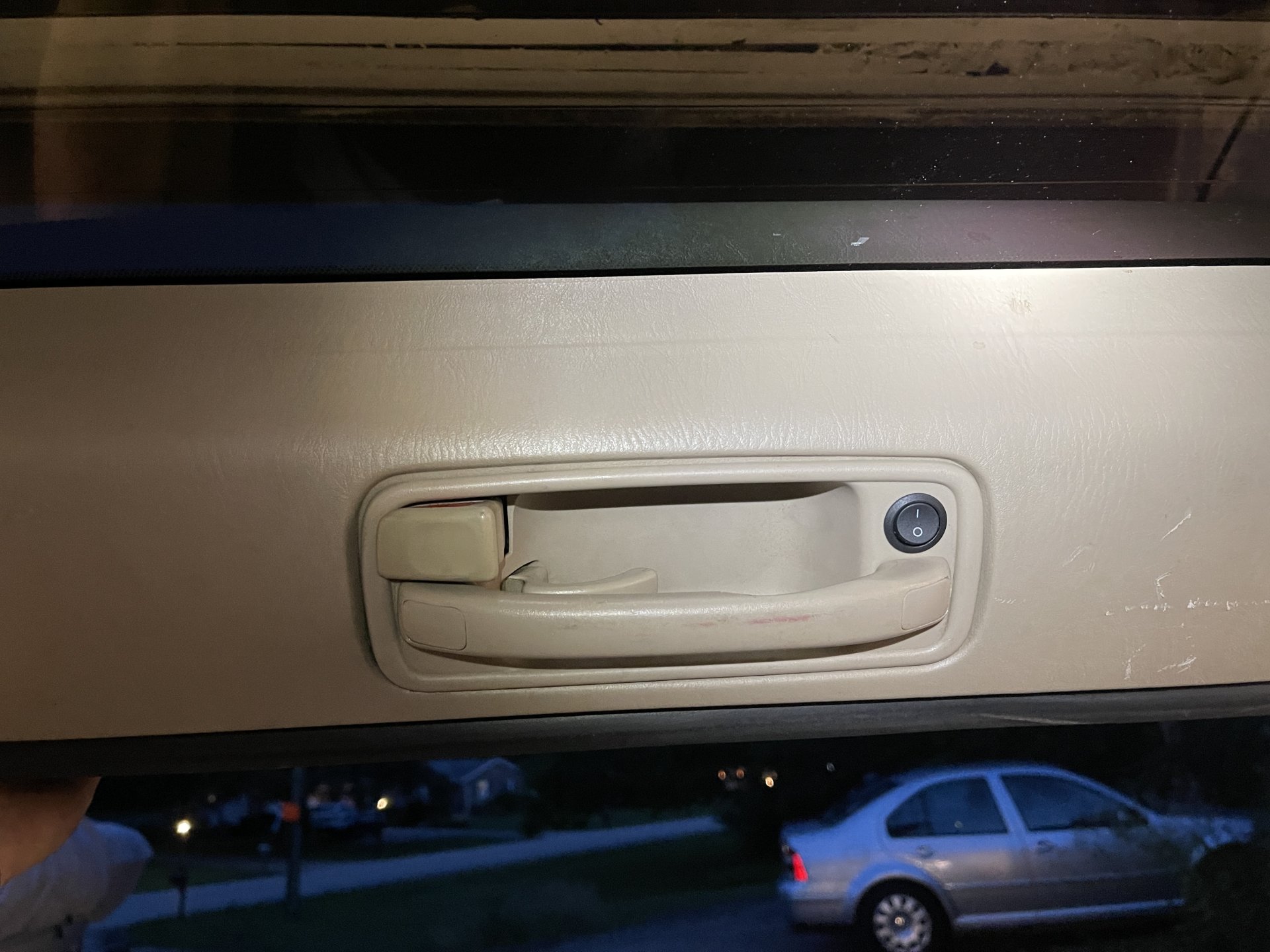 
What does the volt meter hook to? Is that just piggy backed off the 12V DC Cig Lighter?

96redformula said:
What does the volt meter hook to? Is that just piggy backed off the 12V DC Cig Lighter?
Click to expand...

There was previously a 12v socket where I installed it, so I just plugged it in there directly. Checking with a multimeter, it reads about .2V lower than at the battery terminals where it's installed in the cabin.

Ordered new brake pads and was going to replace them but discovered I still had 50-60% left on my current pads. It was hard to tell how worn they were without removing the wheels and doing a through the spoke test so I panicked and ordered a full set of Akebonos for $100. Oh well, I ended up greasing the DS's and my ball joints in prep for my week long trip next week.
2000 Land Cruiser
2011 BMW X5 35D
2015 BMW F30 M-Sport
Follow me on Instagram! - UZJ100.UA

I did the drain-and-fill routine four times. Fluid started out dark brown but not burnt smelling. Fluid got redder and redder each time. New fluid came out bright red out of the check valve as I adjusted the level.

Took me damn near 1 year to put the skids on. I was too impatient to wait for Dissent aluminum and ordered ASFIR. Then they sat in my garage for 18 months. 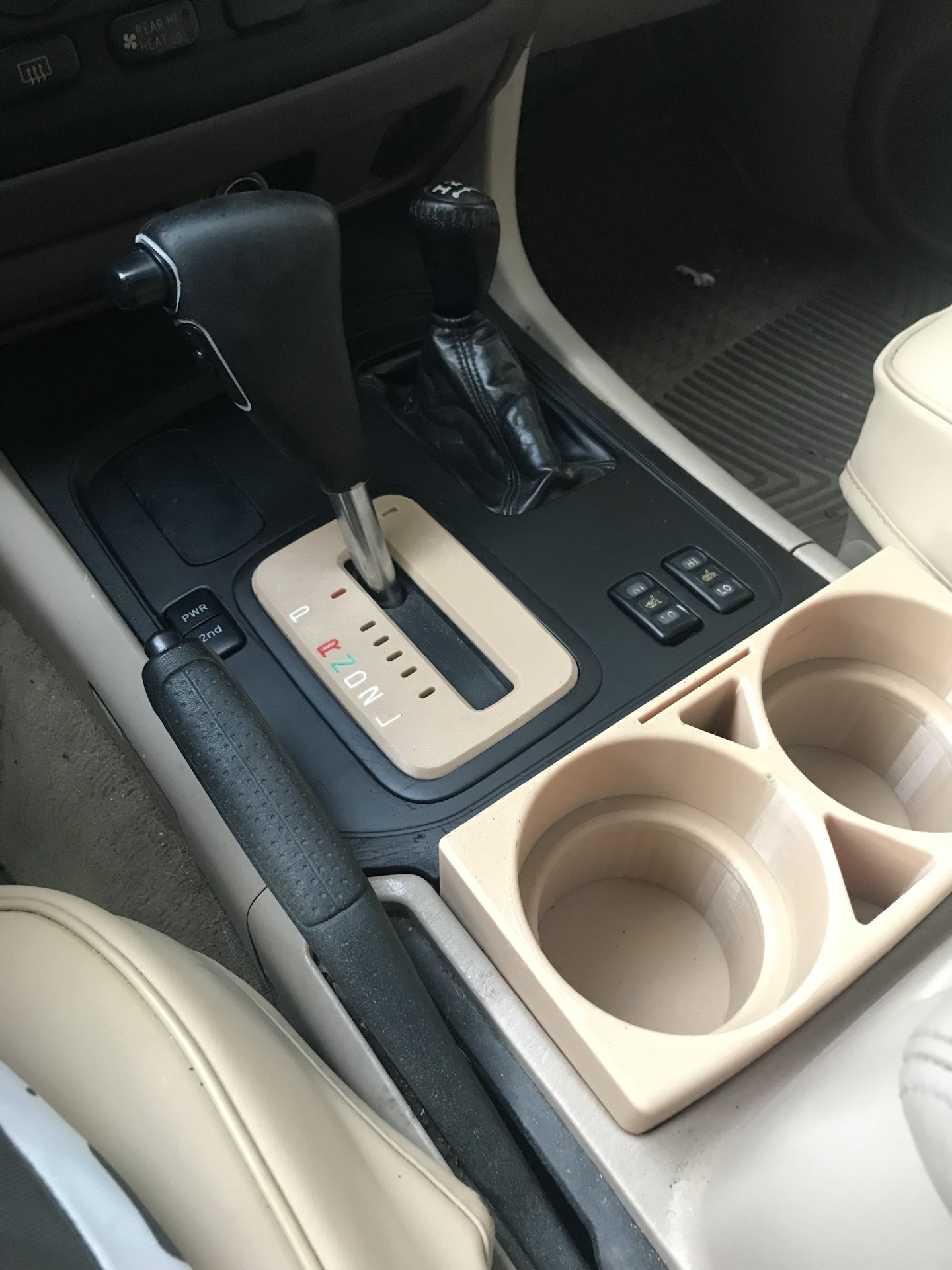 AHC shock came in. I’m going to work on it after my shop close 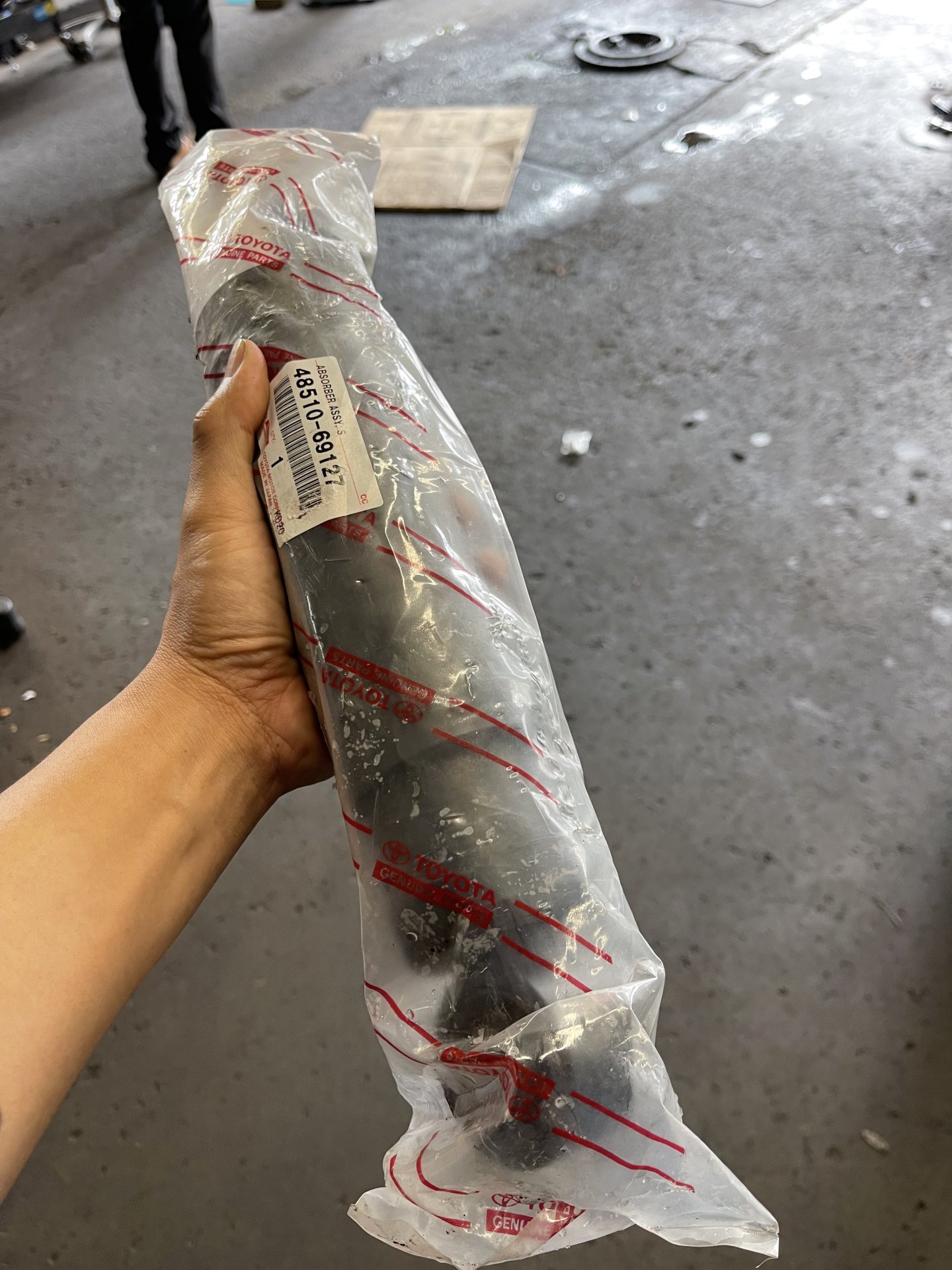 I thought cupholders in the corners of my Huracan storage lid would be a good use of space. Put everything back together and immediately realized that I forgot to reattach one of the tailgate release cables

The drawers must be removed first in order unbolt the drawer frame so I really thought I was screwed. Then I realized that if I got the wing panel out of the way (two Phillips screws) I could then pull the cupholder out, reach in and manually turn the release lever. POP! We're back open! 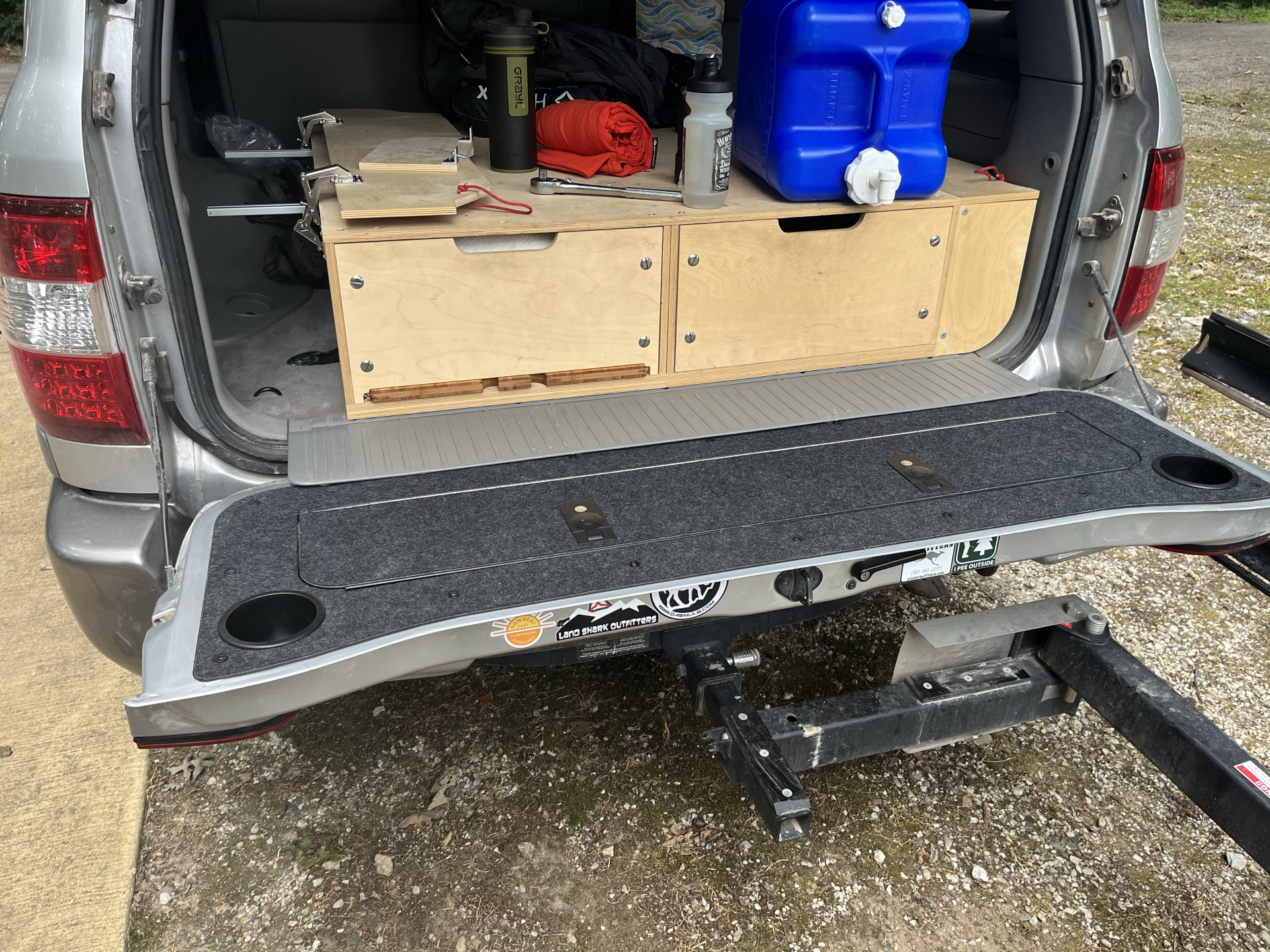 Ever since I bolted my drawers down I've been concerned about what to do in case a tailgate cable/sheath breaks. With my tailgate stuck closed I am dead in the water. The cupholders also serve as absolutely essential access holes, I can't recommend this mod enough!
Last edited: Jul 29, 2022
2007 LC VX Dual Vibration Dampeners

Josie'sLandCruiser said:
Replaced the ignition cylinder shaft as preventative maintenance on my '99 UZJ100 with 332,000 miles. The most time consuming part was getting the original (unbroken) shaft out of the ignition barrel.

What’s the part number for the shaft? I was told to buy the whole assembly.

I got my ARB bumper in already. Skid plates in the morning then an afternoon in the Rockies. 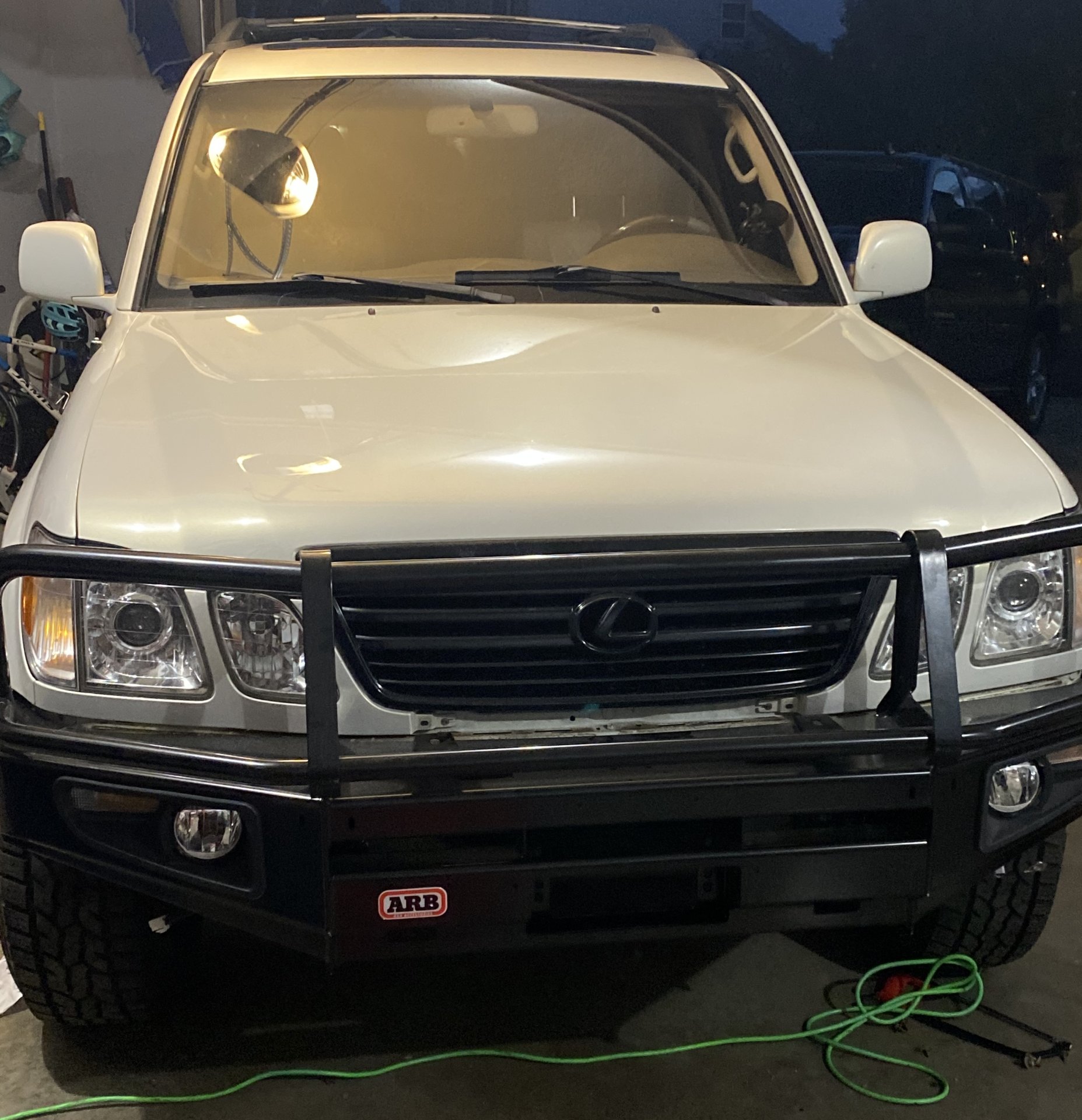 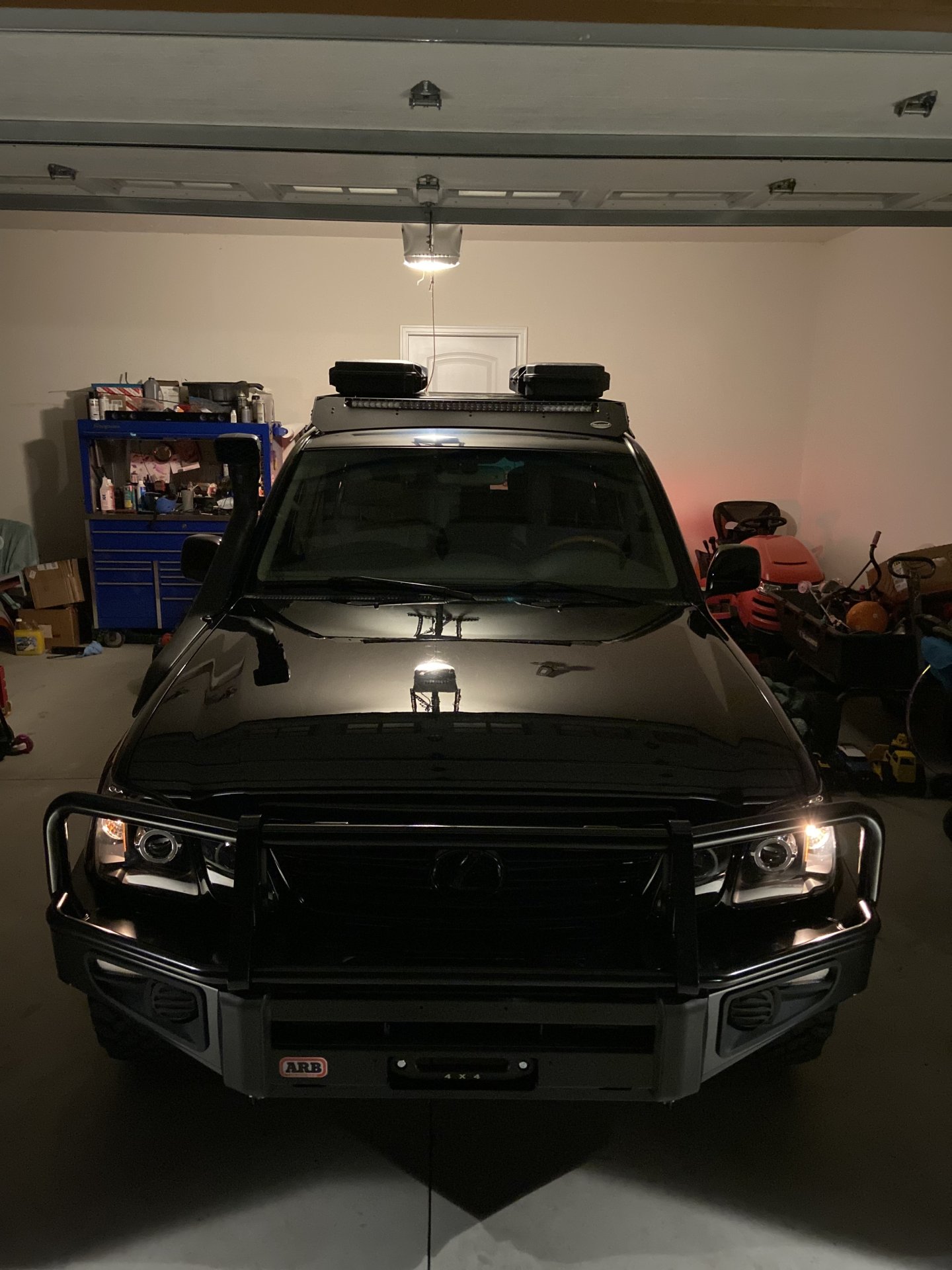 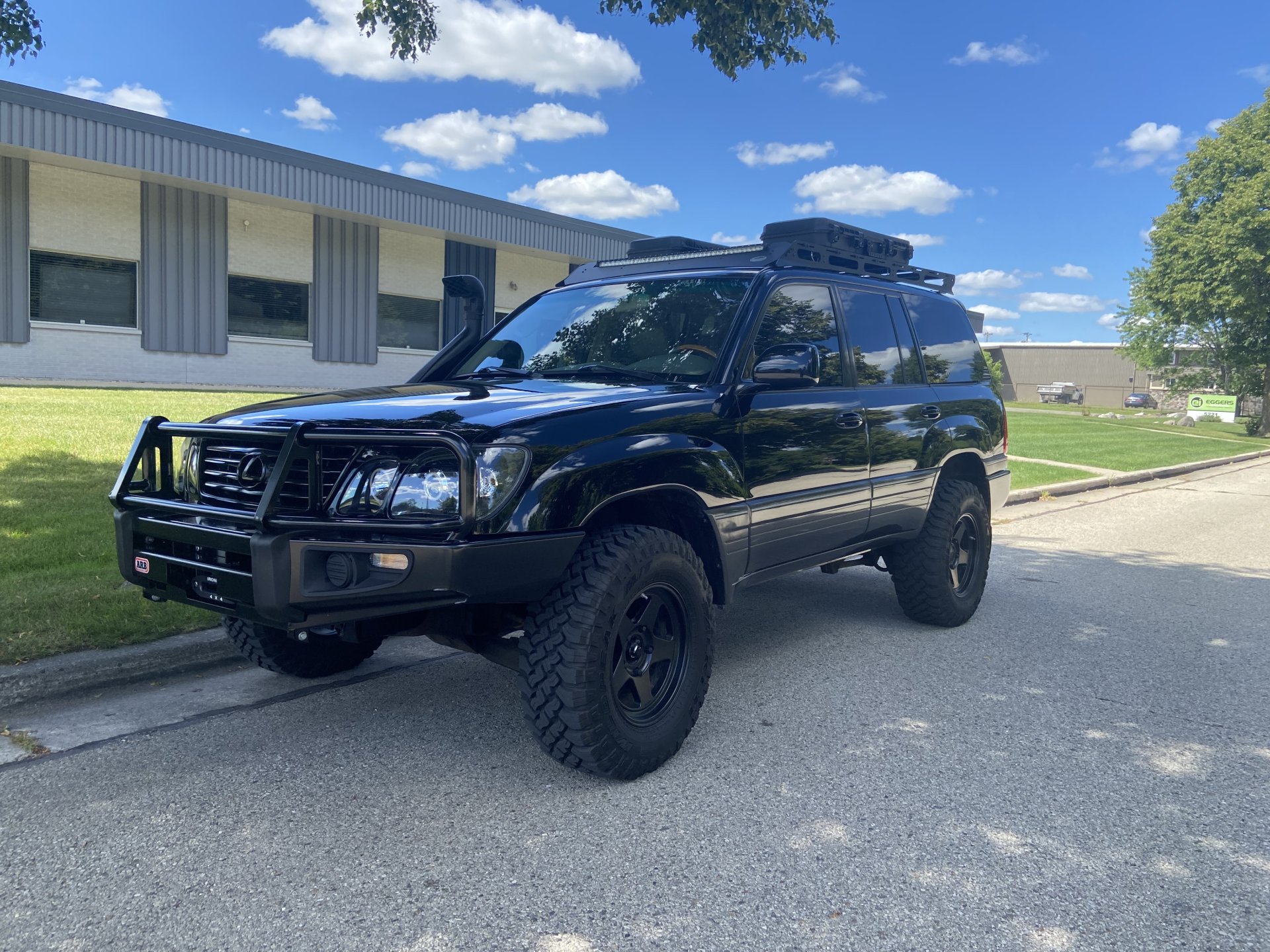 here we go, this oughta be enough to flush it out twice. Btw the next cushions that Toyota give you, it’s impossible to thread the nut on the shock. You gotta compress it with a vice beforehand and let it sit to squish down a bit, then I used a socket to push the shock up enough to flatten some more to get the top nut on. They don’t give you enough threads the oem shock 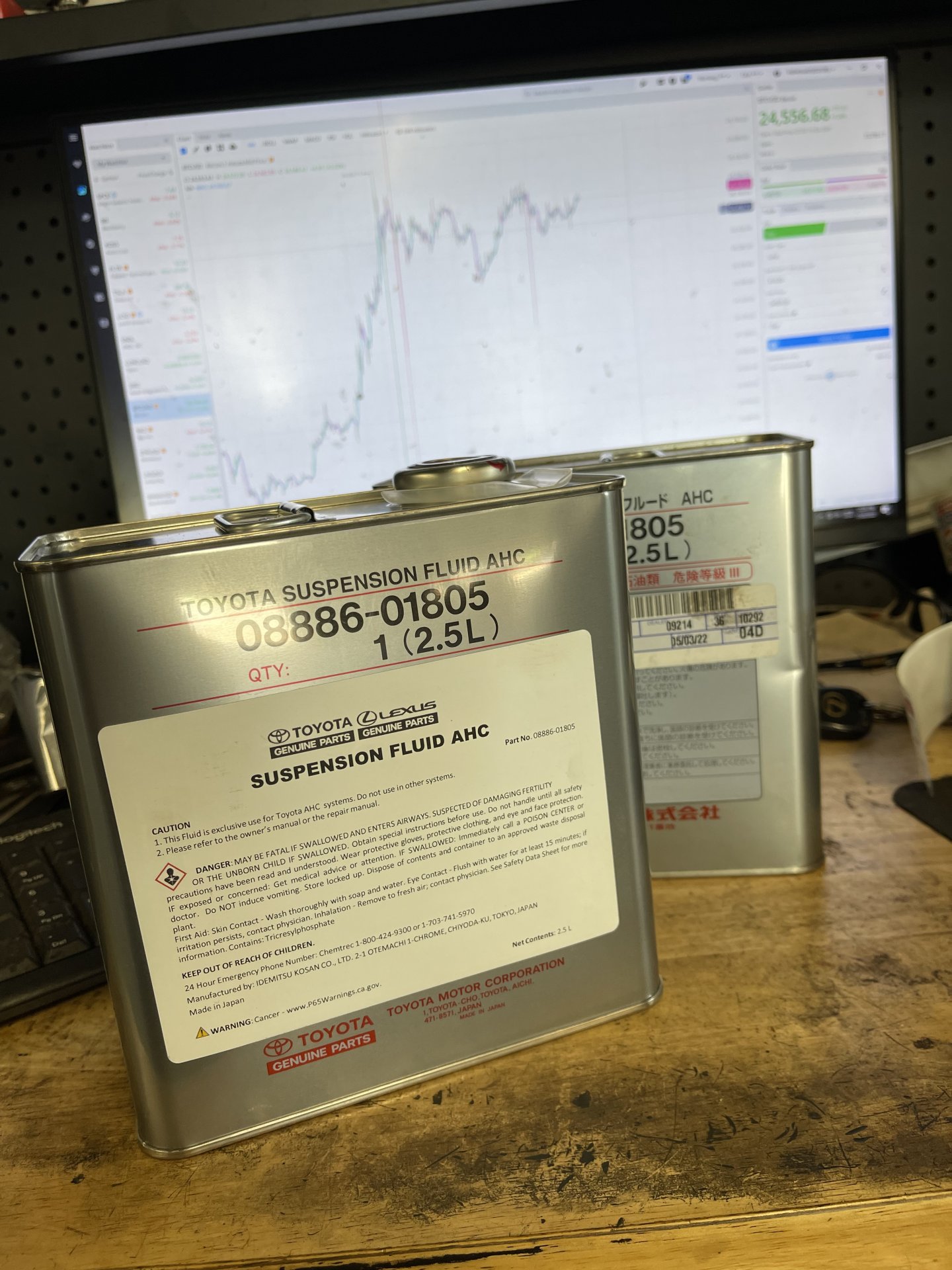 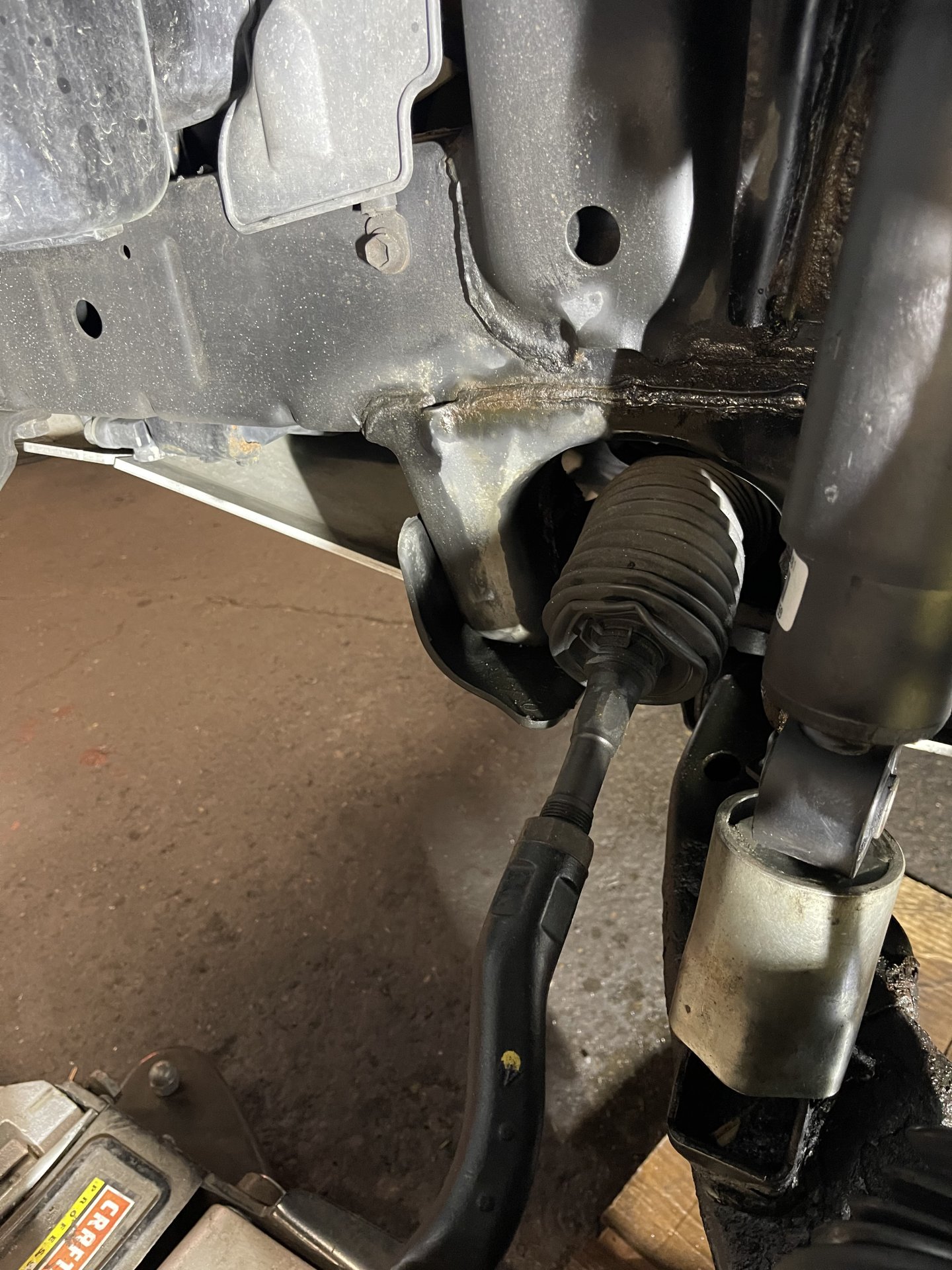 YezusLX said:
This has to be the Kim Kardashian of LX's cause every photo looks like a glamor shot. Nice freakin' rig.
Click to expand...

I didn't like the idea of $400 for extended sway bar links. so bought some $40 rockauto items and cut and welded some wheel studs in (1" in front, 1.5" in back according to my napkin geometry estimations).

Only installed the front ones so far (as the rear top nuts are sunk into the washers so going to be a PITA to remove), but the difference in ride quality and handling is night and day on my 2.5 slee OME / nitrocharger lift.
Honestly, those lift kits should come with sway bay drop link extensions as part of the lift kit. I've always thought it rode like crap, and had a horrible habit of lifting the front inside wheel over fast road undulations that I blamed on the nitros being over damped on the return stroke, but these extended links have transformed it and it rides like a different vehicle. Even though it looked like nothing, that incorrect angle on the sway must have caused quite a lot of stiffening/binding of the front independent arms. 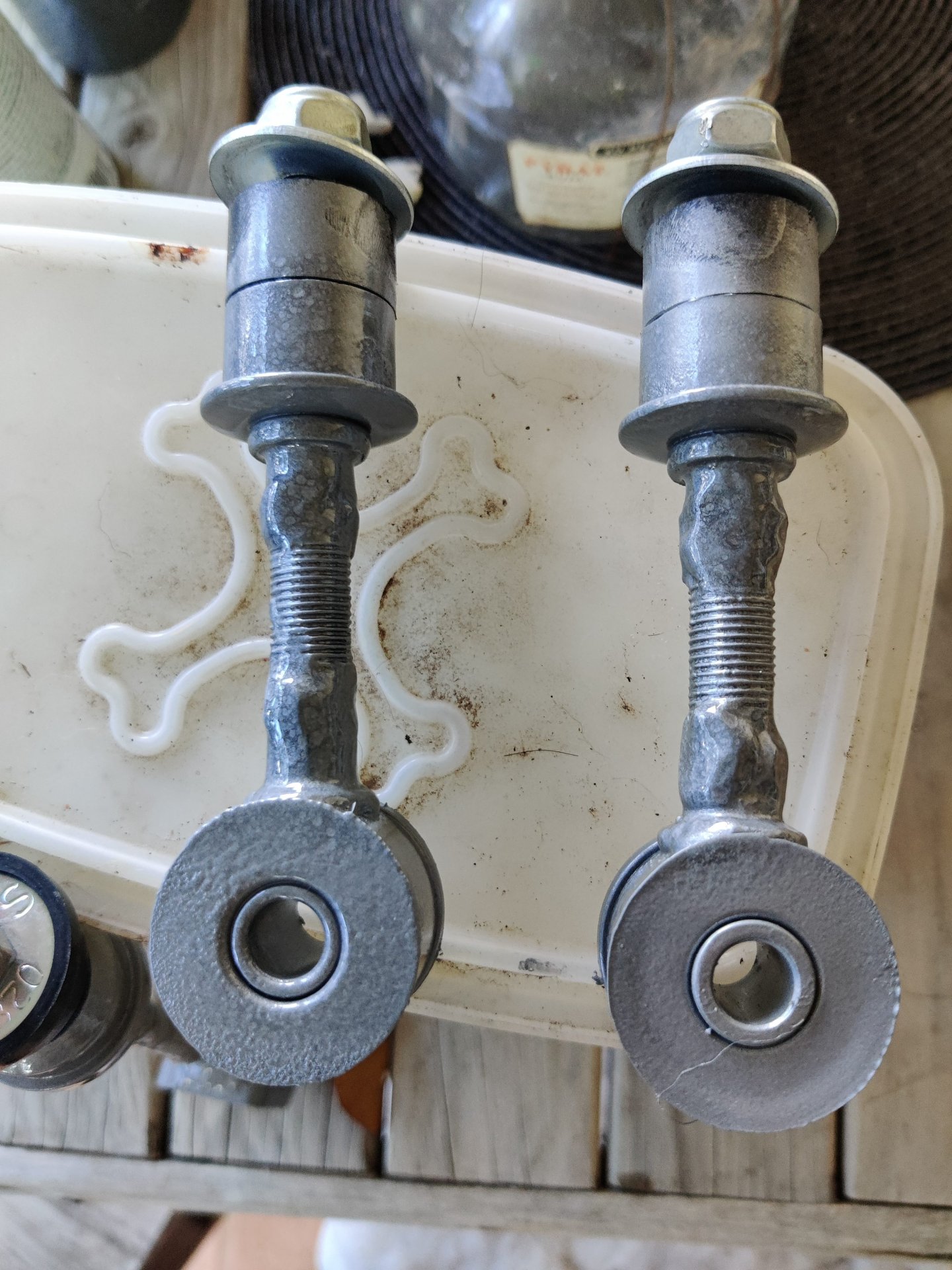 . … had the truck for a year and 5k miles already and have really enjoyed that throaty V8 roar on start up. Much like a slow boiled frog, hadn’t really noticed that the roar was getting loader and throatier of late until the muffler’s cover plate started dragging and revealed the muffler’s true state … mainly rust being held together by more rust. 3 days later a rather well made replacement arrived, slightly more expensive than the cheapest that Amazon offered up, but not OEM league either.

Tried many tools to get off the original … Dremel, oscillating cutter, sawzall but the one that worked the best was a small angle grinder with a metal cutoff blade … cutting heated the bolt as well, which facilitated a fairly easy process to knock out the cutoff bolt with a hammer and punch. Reuse the vibration absorption thingy and install … half a banana job 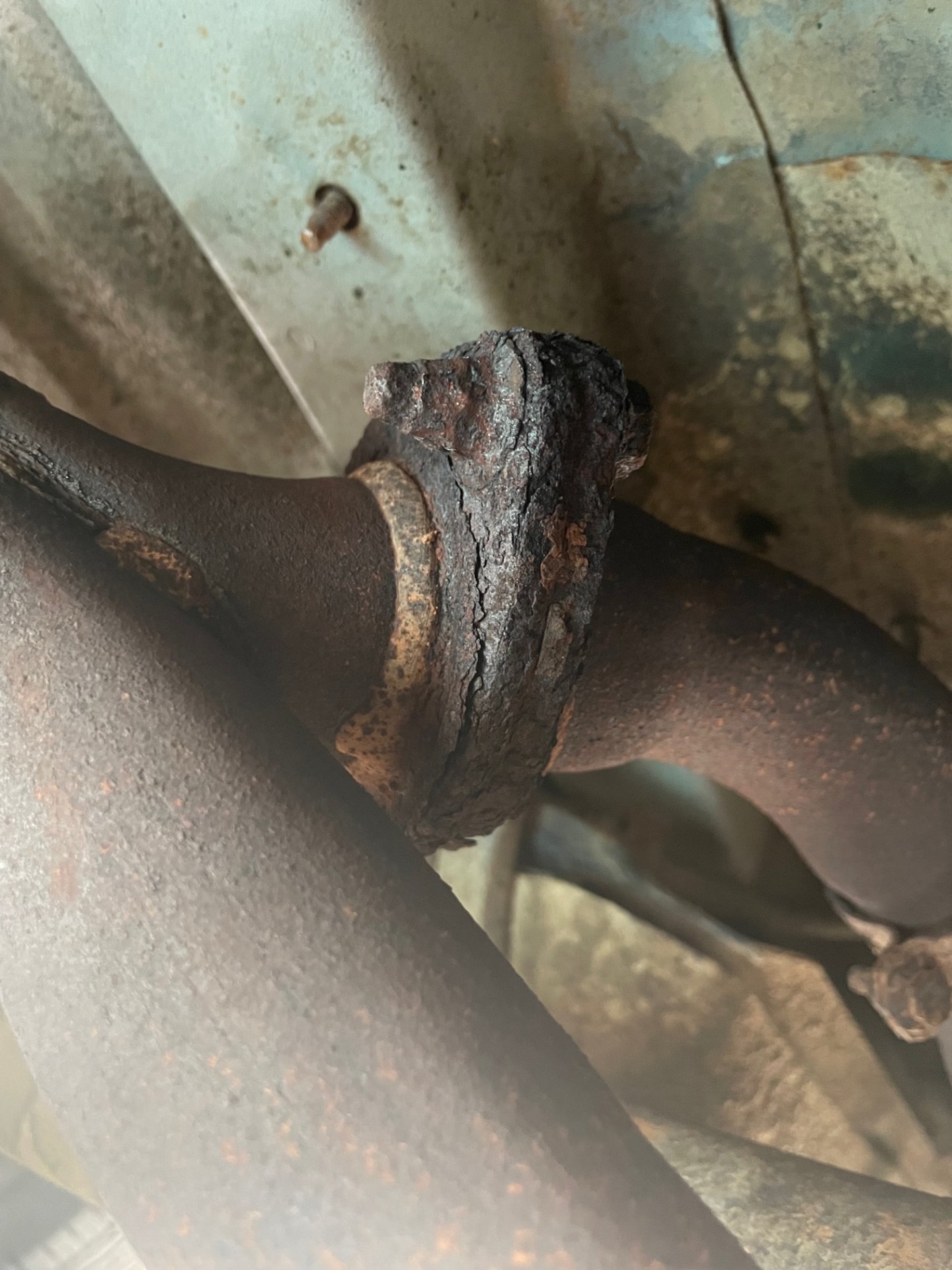 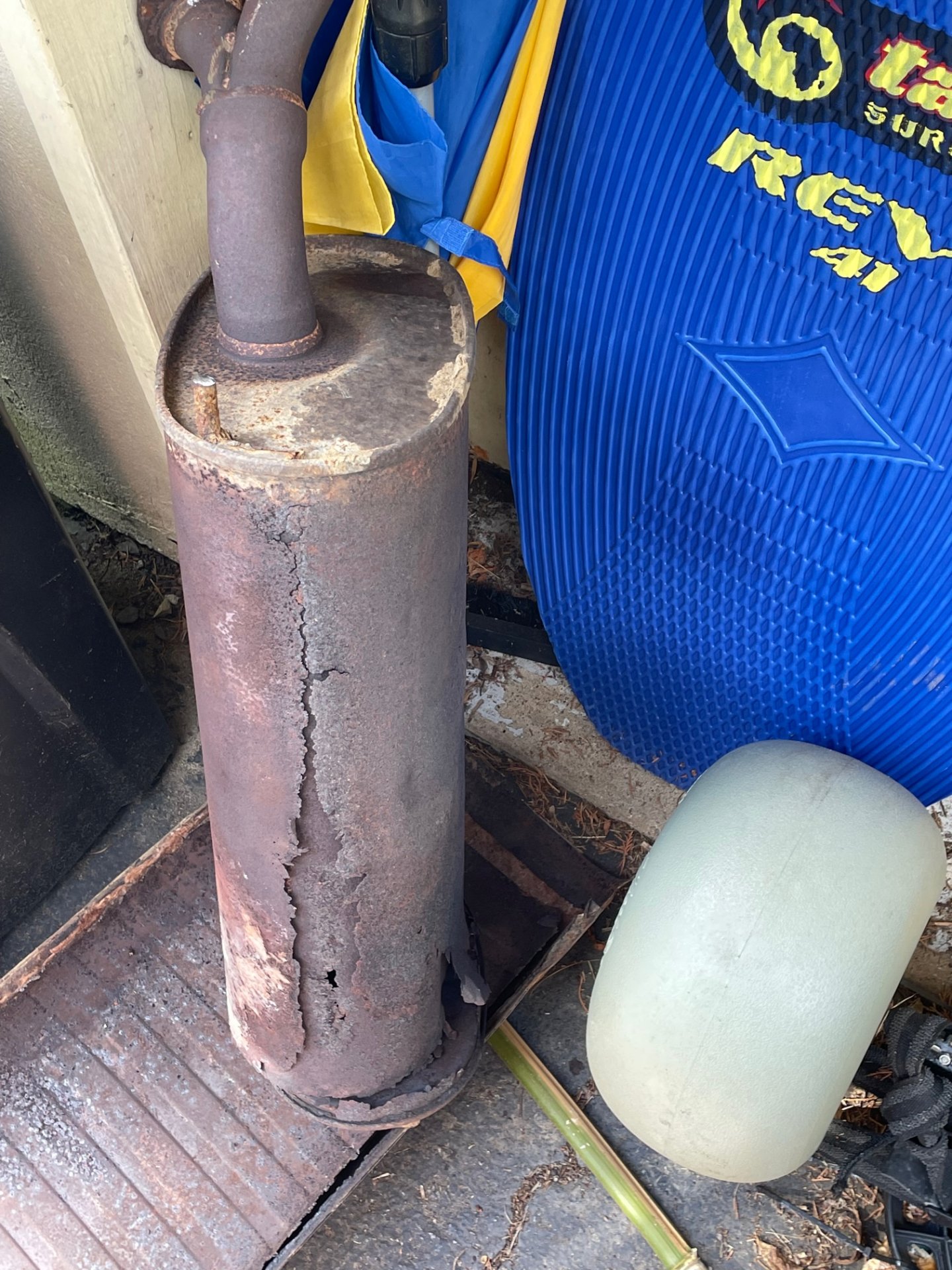 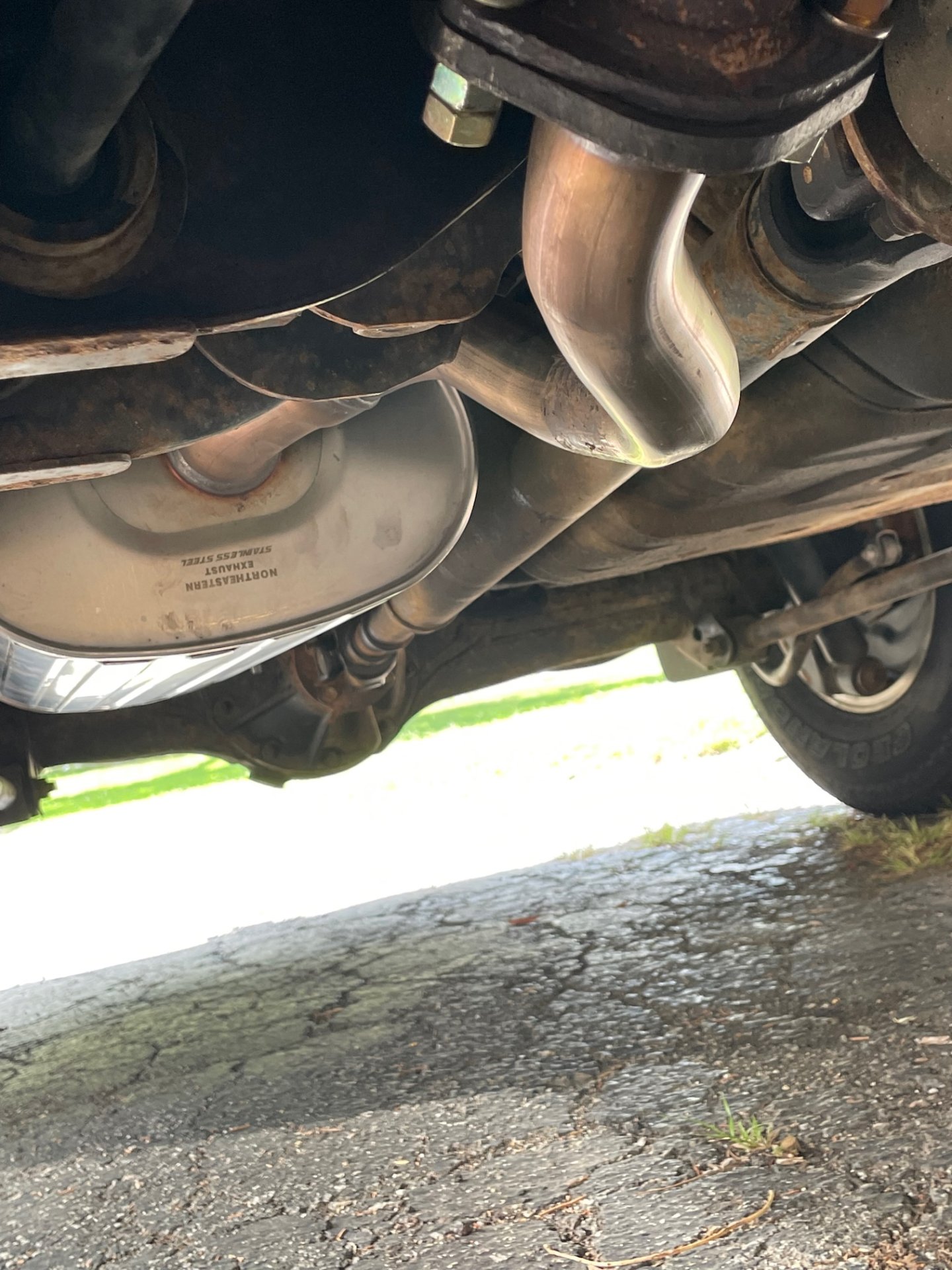 … problem now is it sounds like the flapping wings of a bloody hummingbird… gone is the manly V8 roar … AND … I can hear the noise of the hullivator, tires, power steering pump, brake pump, diff and a thousand other things to start worrying about

Vredestein Pinza AT Tire. What do you know or have experienced with this tire?

what voltage is your alternator giving you?
2 3