So after finishing up my slight lift (2" springs in the rear & a torsion bar reindex/crank) I took it to the Toyota dealership to get it aligned today. After a few minutes on the lift I get word from the mechanic that he will not be able to accurately adjust my camber and caster. I will try to summarize the situation as best as I can from what everyone told me but this is how I interpreted it:

Apparently due to the fact that Toyota decided to place the camber/caster adjuster on the upper control arm, when you reach your arm around the tire to turn that adjuster you will interfere with the lasers in the alignment machine making the computer go completely blank. He even demonstrated this right in front of me and the second he reached his arm back there all the readings on the computer went blank. I then talked to a knowledgeable Land Cruiser mechanic who was a couple bays over in the service center and he told me "it is a common issue since that adjuster is on the upper control arm and Chevy's often have the same problem." They recommended that I could take it to a specialty off-road shop that is used to alignment issues like this, or I could try a Chevy dealership for an alignment if they are willing to work on a car that is not theirs.

The weird thing is I've always gotten my truck aligned here at the dealership and not once have I heard them tell me this. Then again they've never had to align my truck in the past while it's lifted since I just recently installed that. What I want to know is am I being fed crap here or is what they told me accurate? Also, is my camber & caster acceptable or should I definitely get it corrected ASAP? It does seem to pull to the left a bit. I attached my alignment spec sheet for reference. 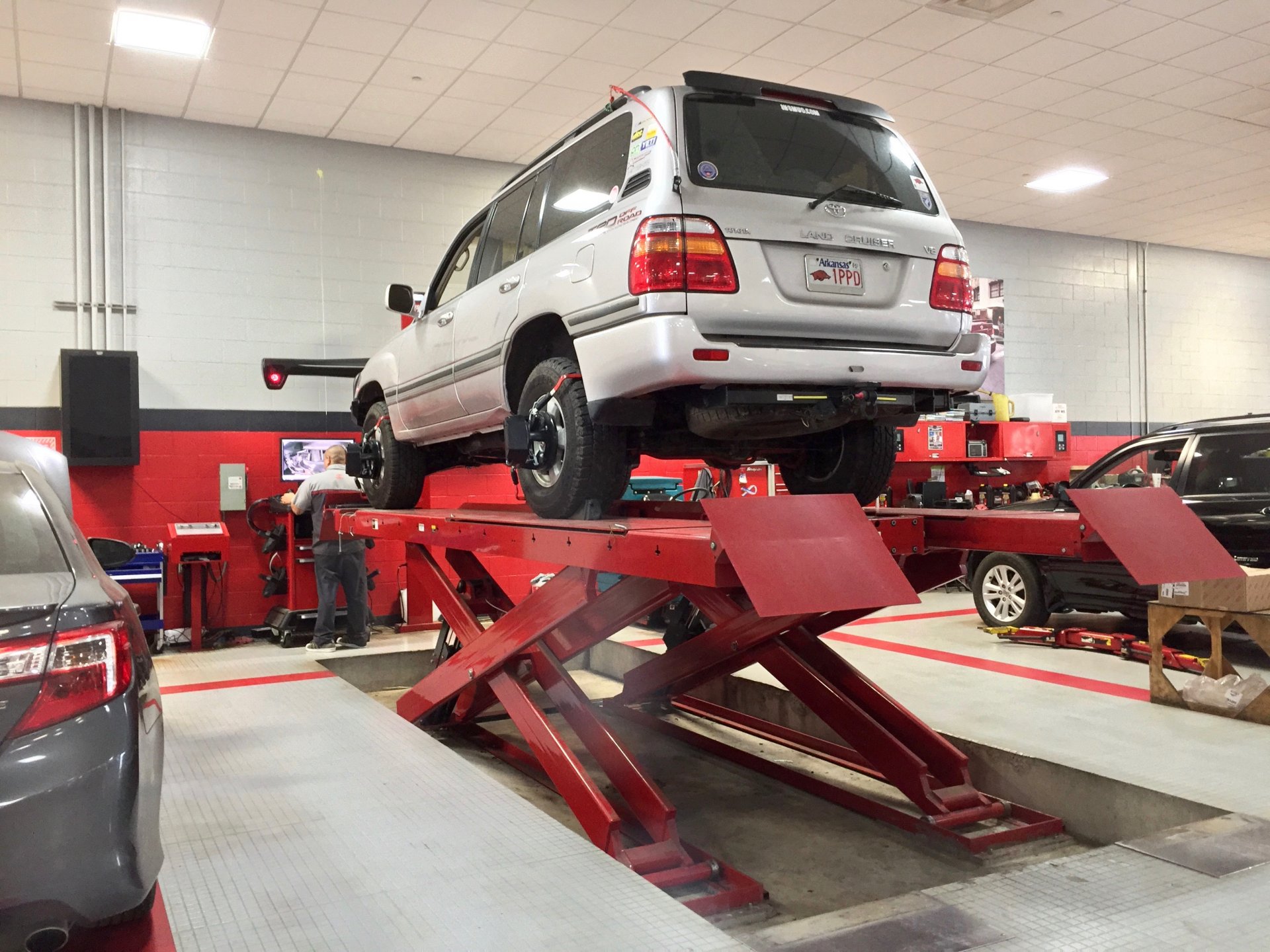 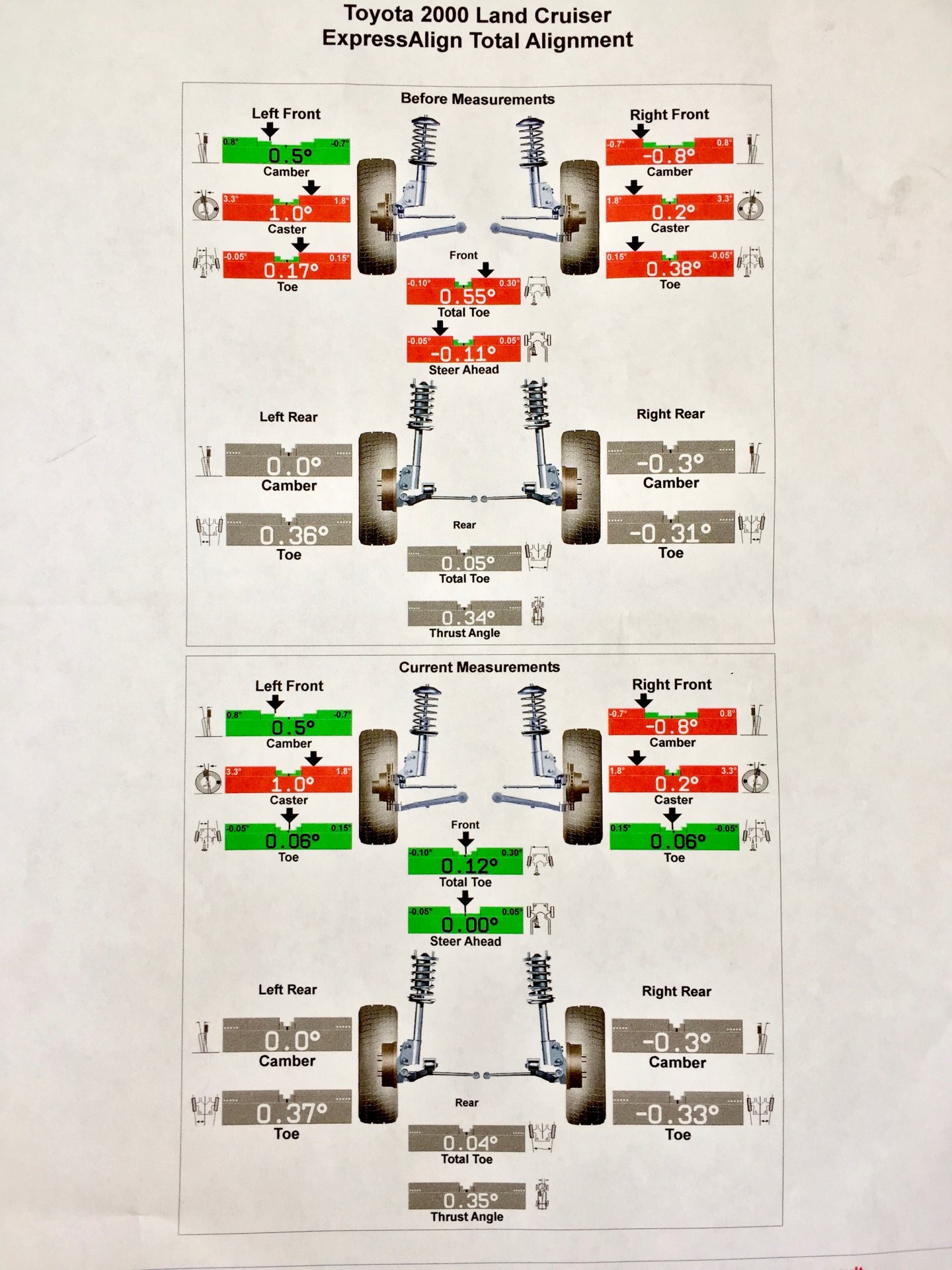 I've never heard about this problem before. Slee did my last alignment ... nothing mentioned about being difficult or certainly impossible; business as usual. Ditto for my alignment shop here in Reno.

You definitely want more caster than what you have ... imagine the steering is very sensitive especially 45mph and above.

The issue could be the capability of their alignment machine. They can adjust the caster with out the laser installed making note if the location of the indicator and hash marks- then reinstall the laser hardware and take the reading.