How dumb is this idea? Restoring the frame, not the body... (1 Viewer)

I've had my 40 for a few years now and it runs like a top. It's a kali spec 8/77 with all the smog equipment intact and functional. I've replaced a few things on it with OEM parts and the only big thing not factory for this truck is it's rocking a later model Fed spec exhaust manifold since the thermal reactor manifold was cracked beyond repair. I love the patina and original pin striping but the frame needs to be refreshed in order to not get any worse. I don't drive the 40 in winter after the first salting (just happened) but it does live in an open air barn with a dirt floor. I've recently laid down a thick tarp for it to park on and I was shocked at how much condensation was under the tarp after only a few days of dry weather. The frame looks rougher in the pictures IMO but it's clear to me if I don't do anything about it it's only going to get worse.

Is it a dumb idea to consider pulling the body, engine, trans/transfer in order to clean up the rust, seal and paint the frame, axles and suspension? then putting the body back on just as you see it below. I know at some point I'll probably have to deal with the rust issues on the body but for the most part it's in good shape. The majority of the original under coating is still on it and the places where it's starting to peal off the original paint is in great shape. The frame was also coated and you can see the original frame paint peaking out in places..

Anyway, would be interested to hear people's thoughts on this idea. 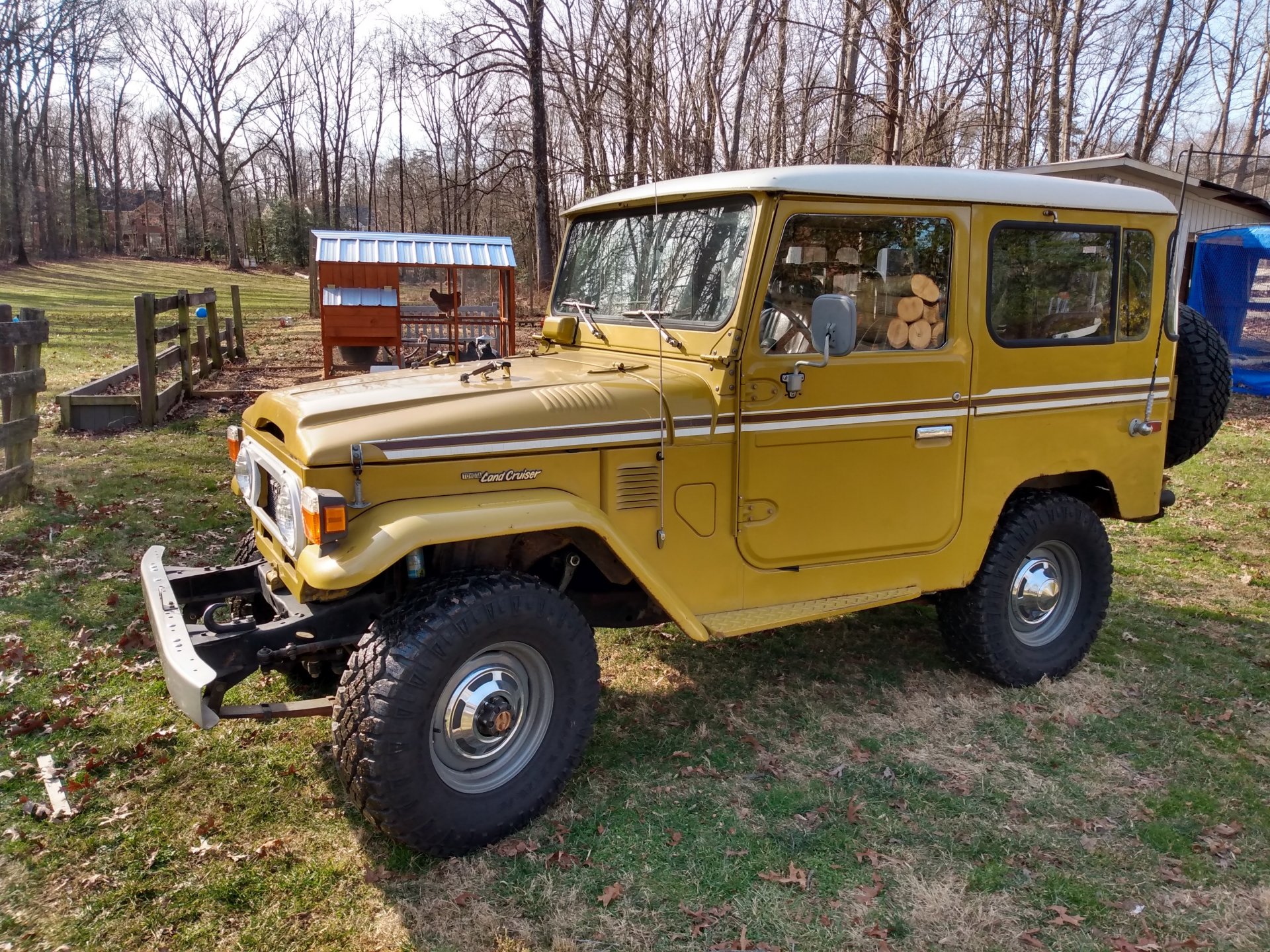 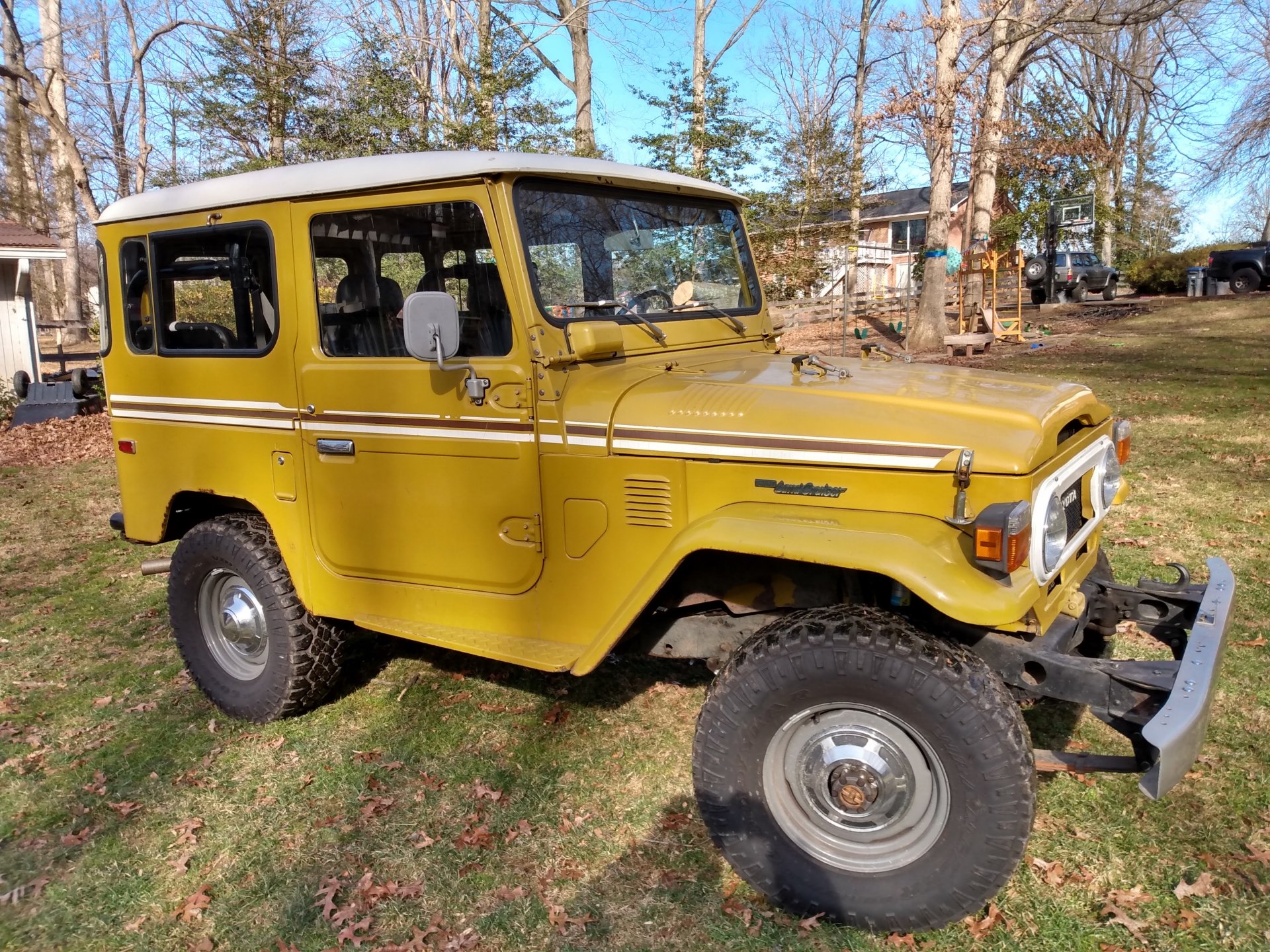 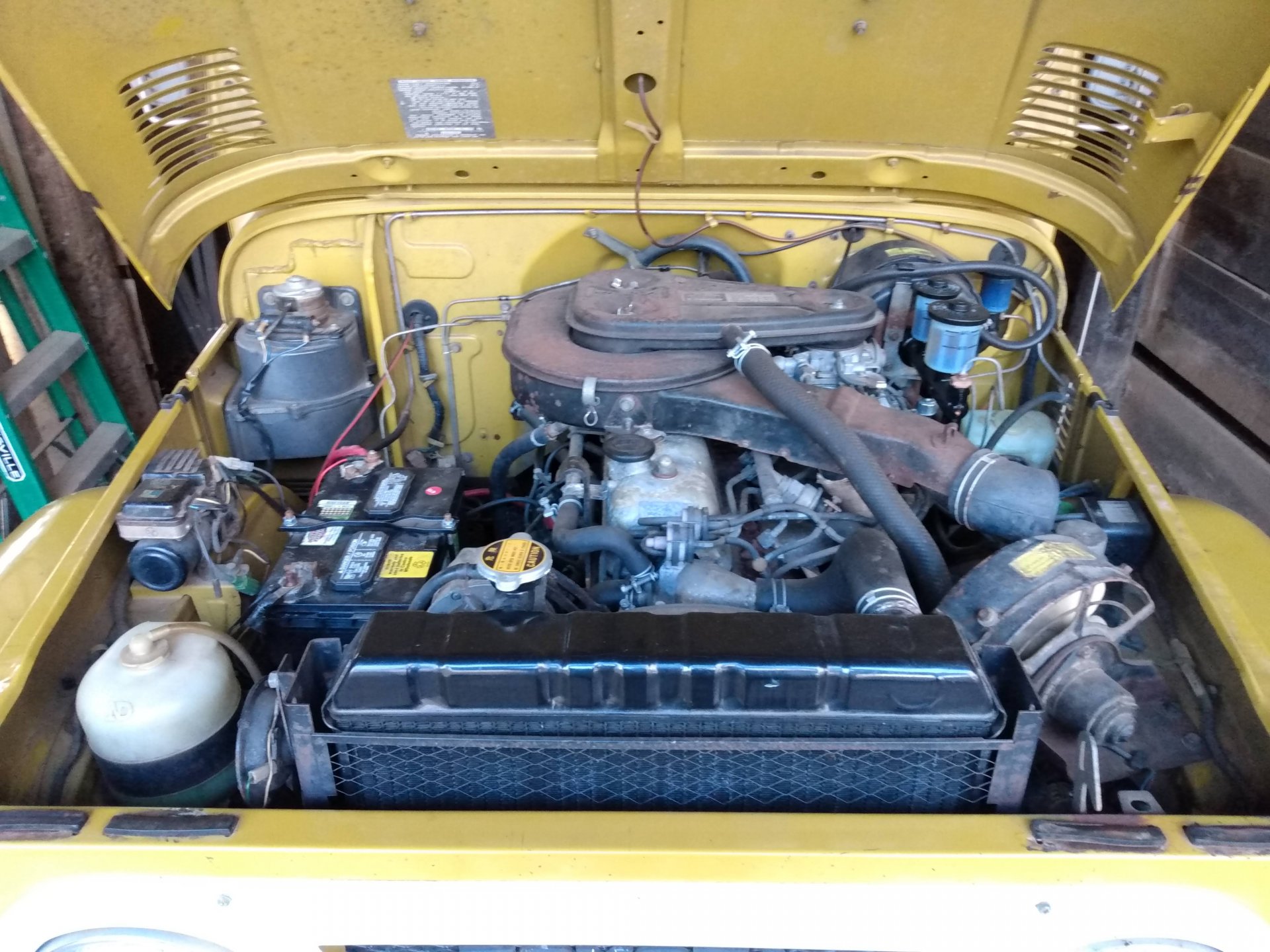 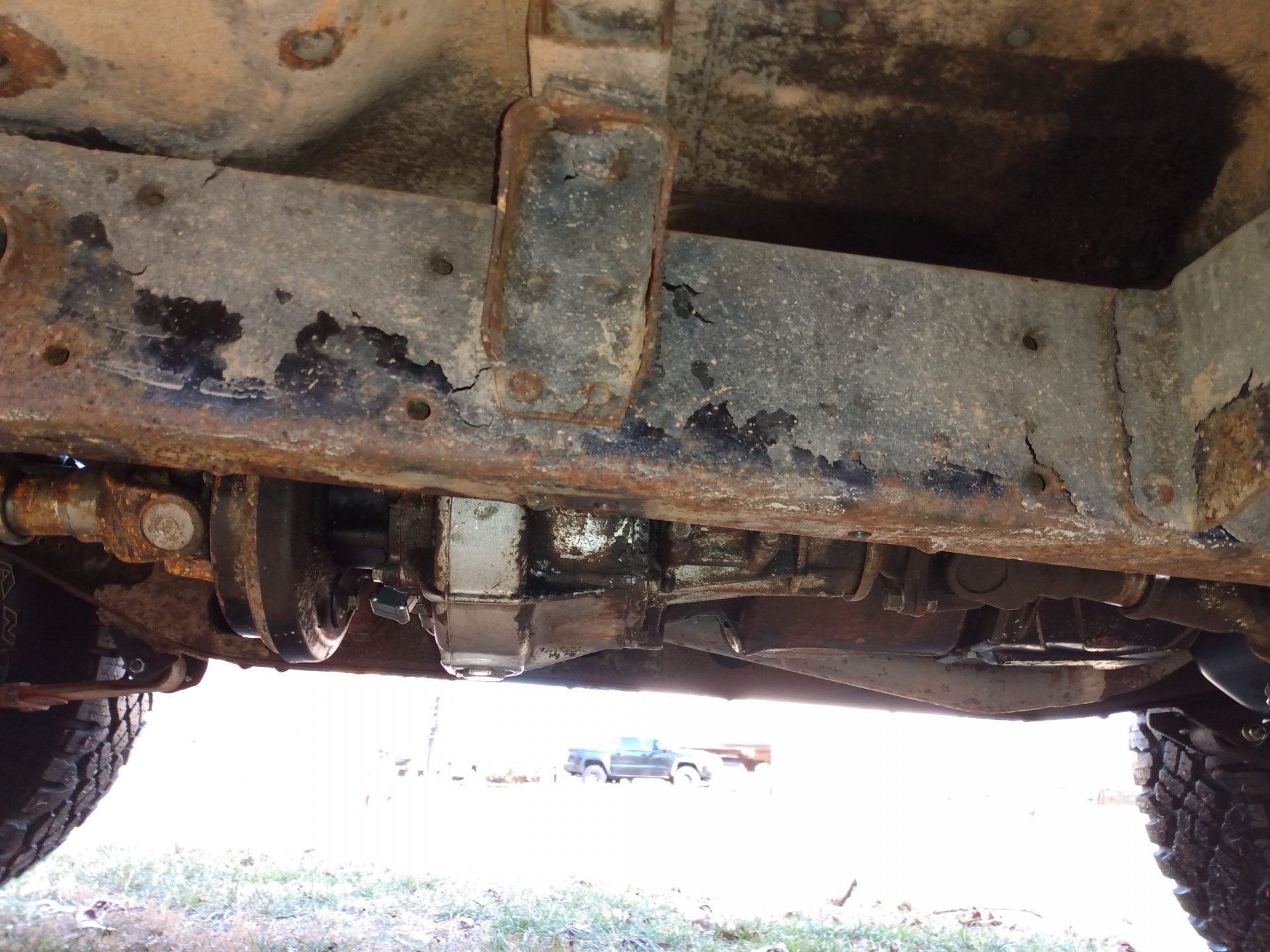 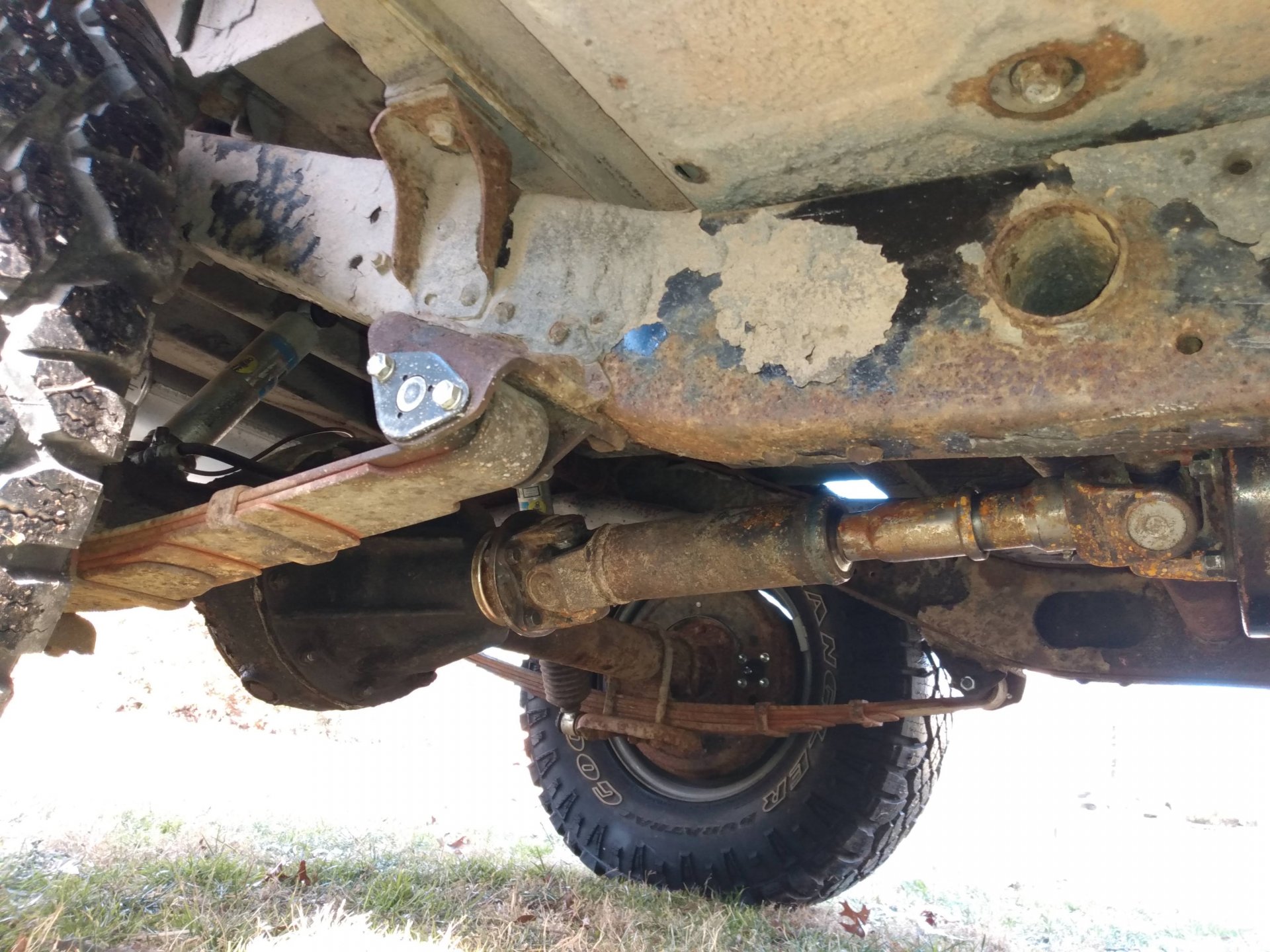 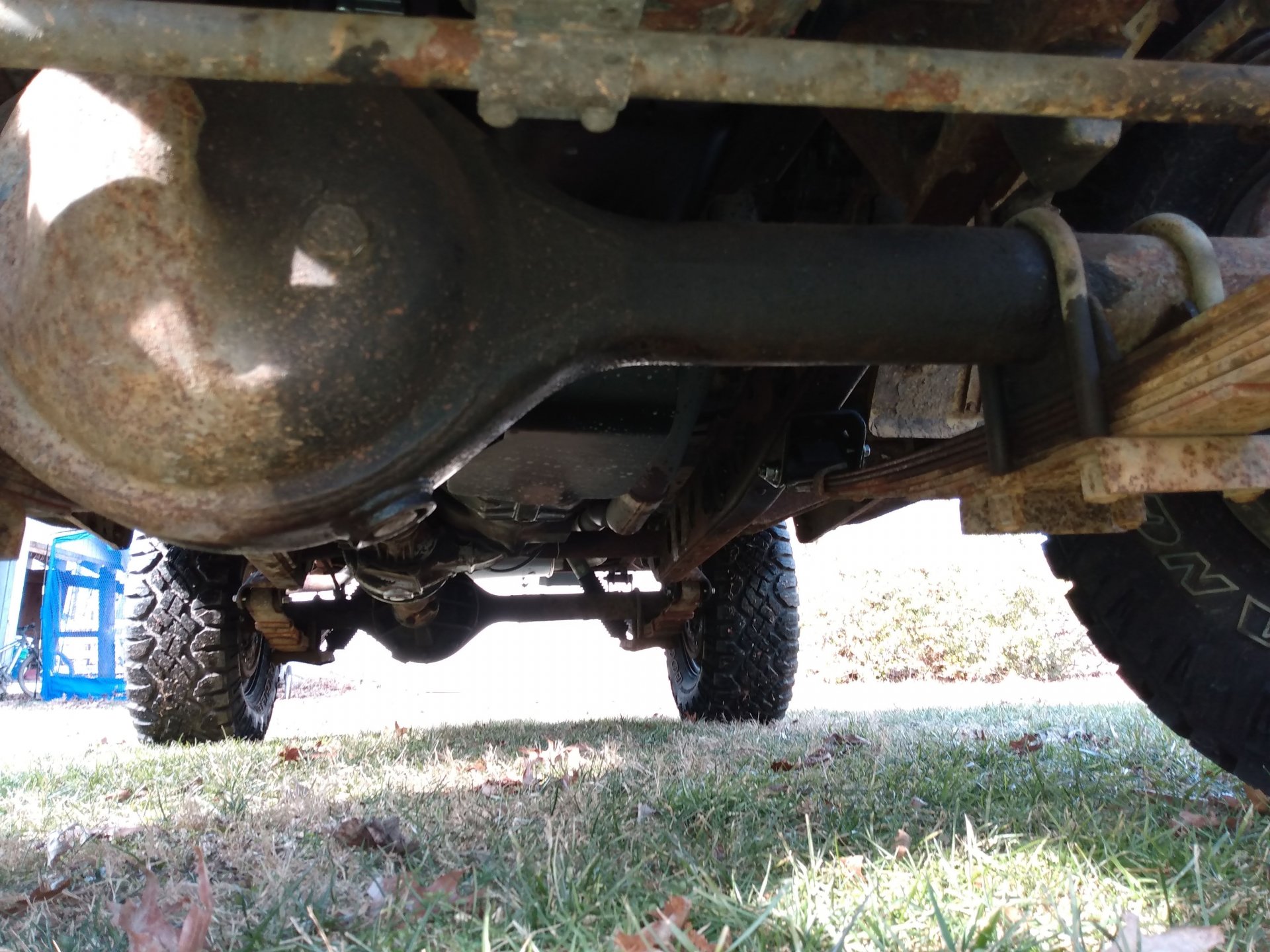 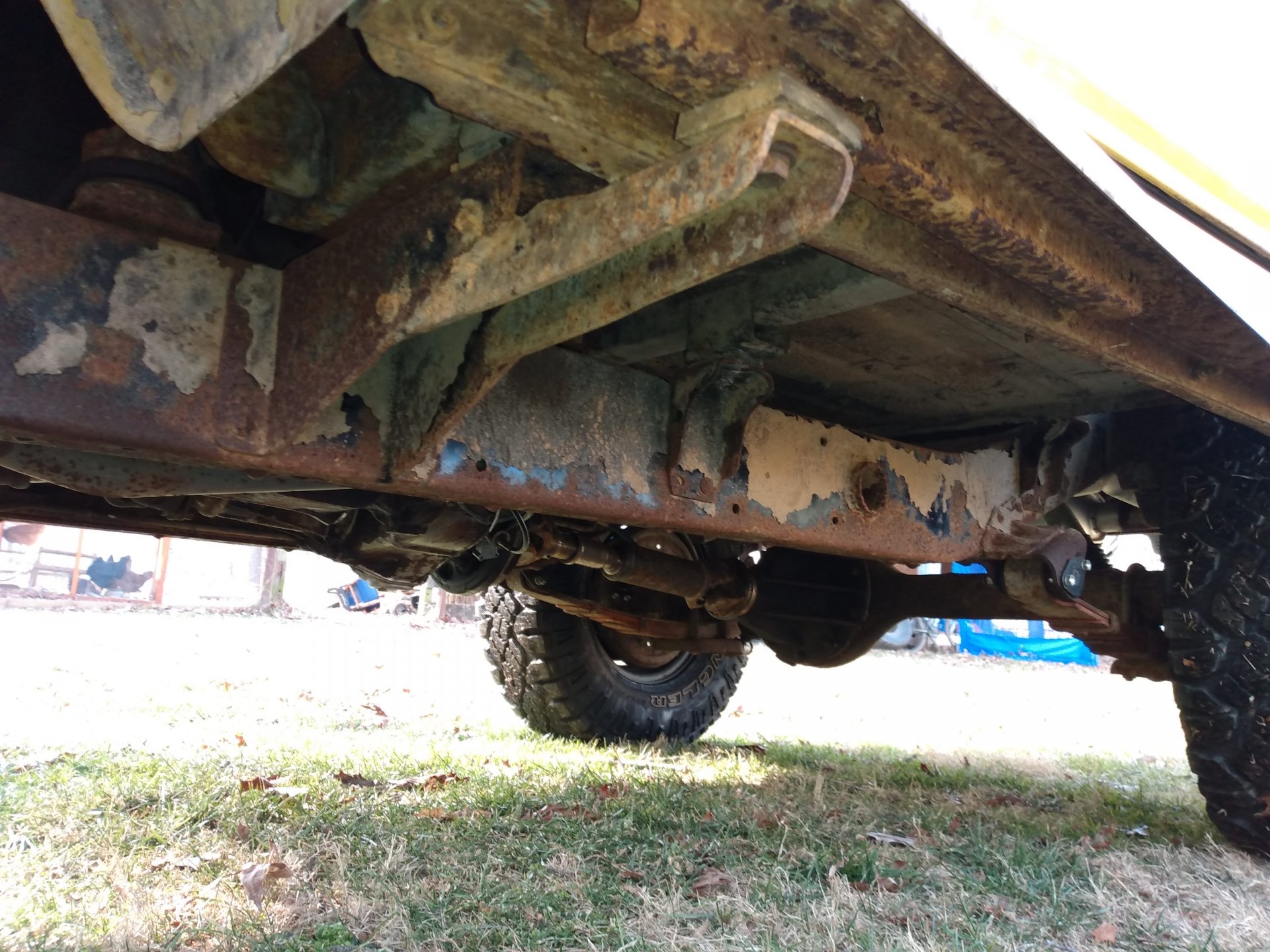 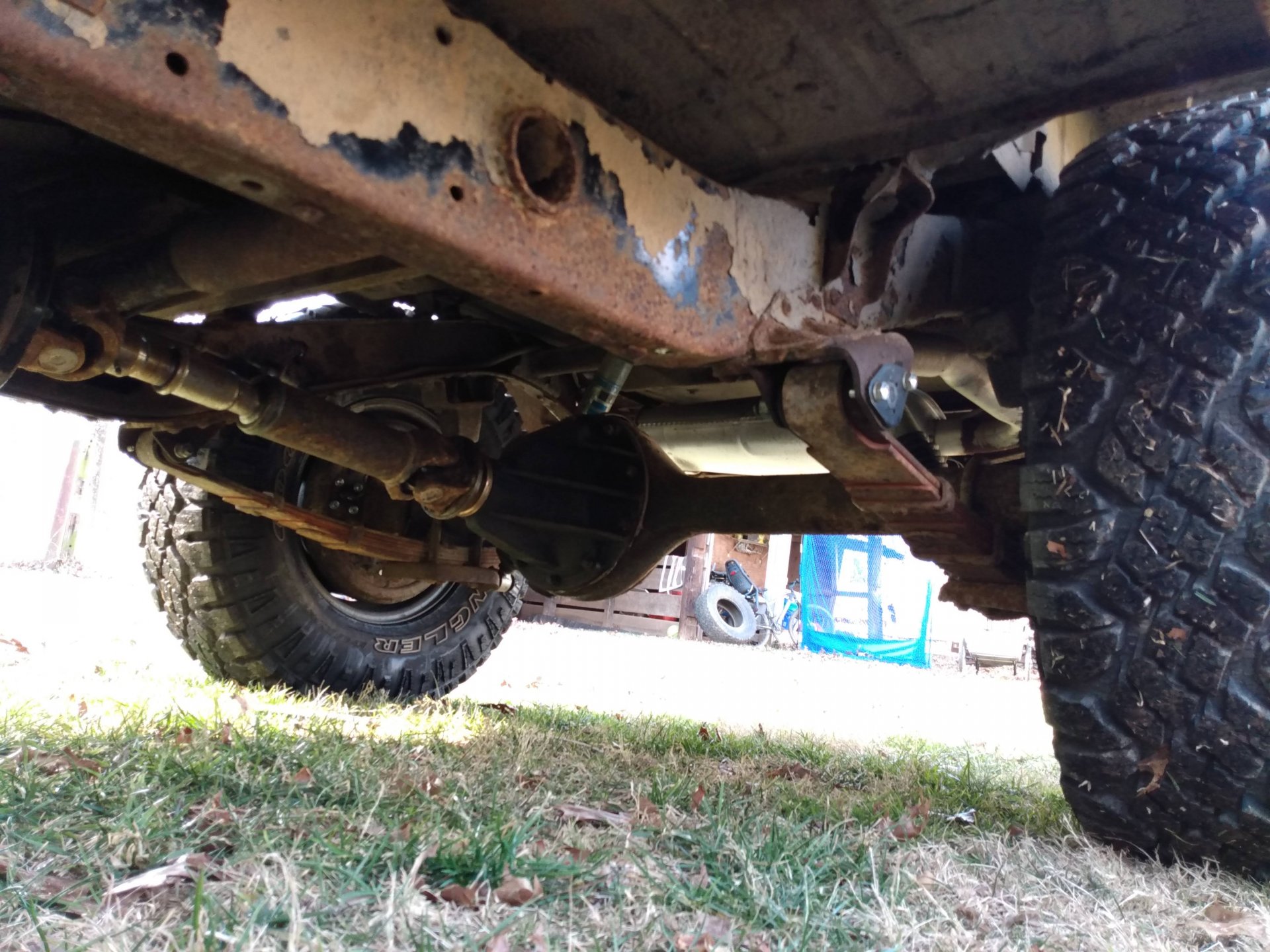 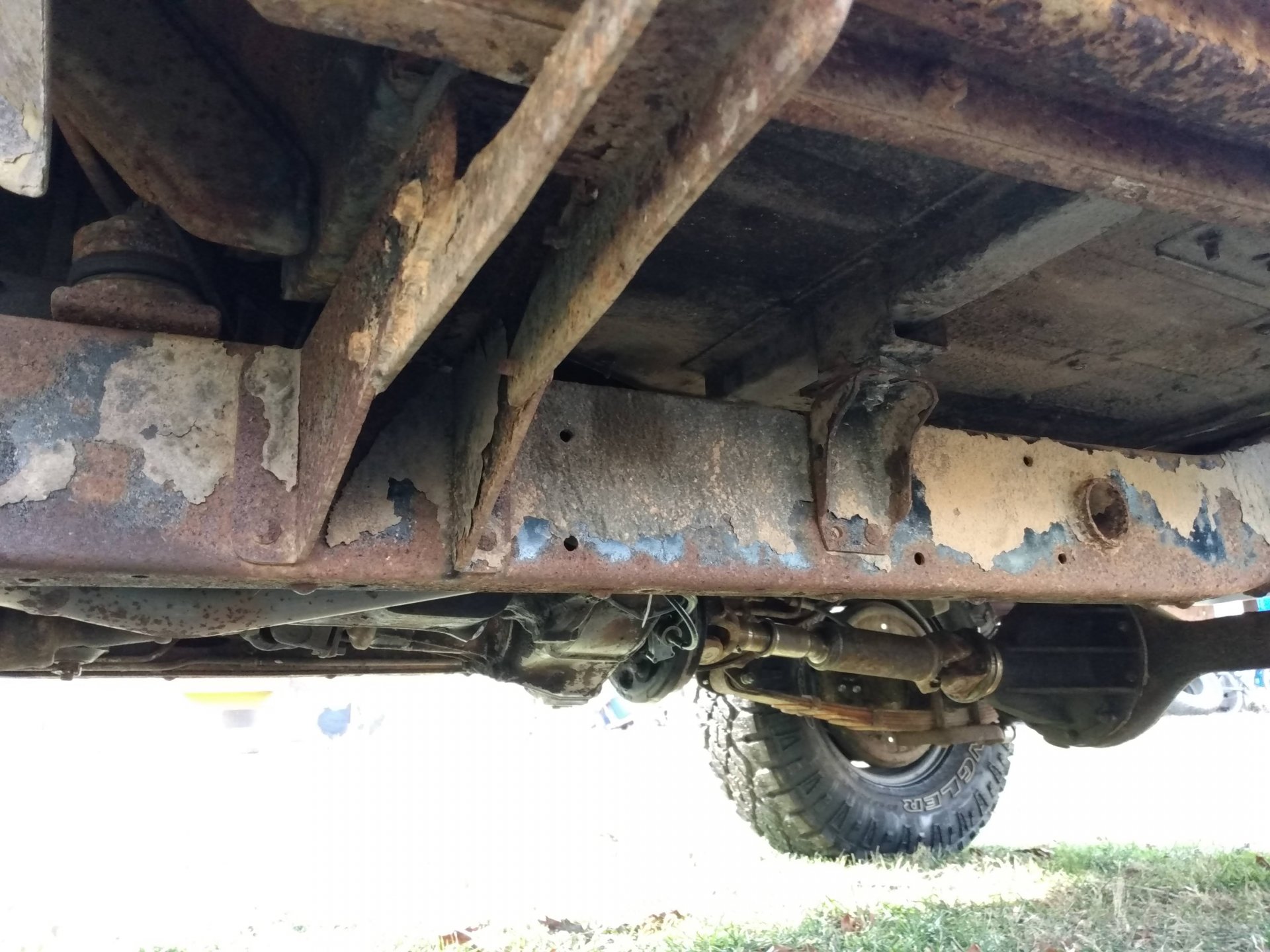 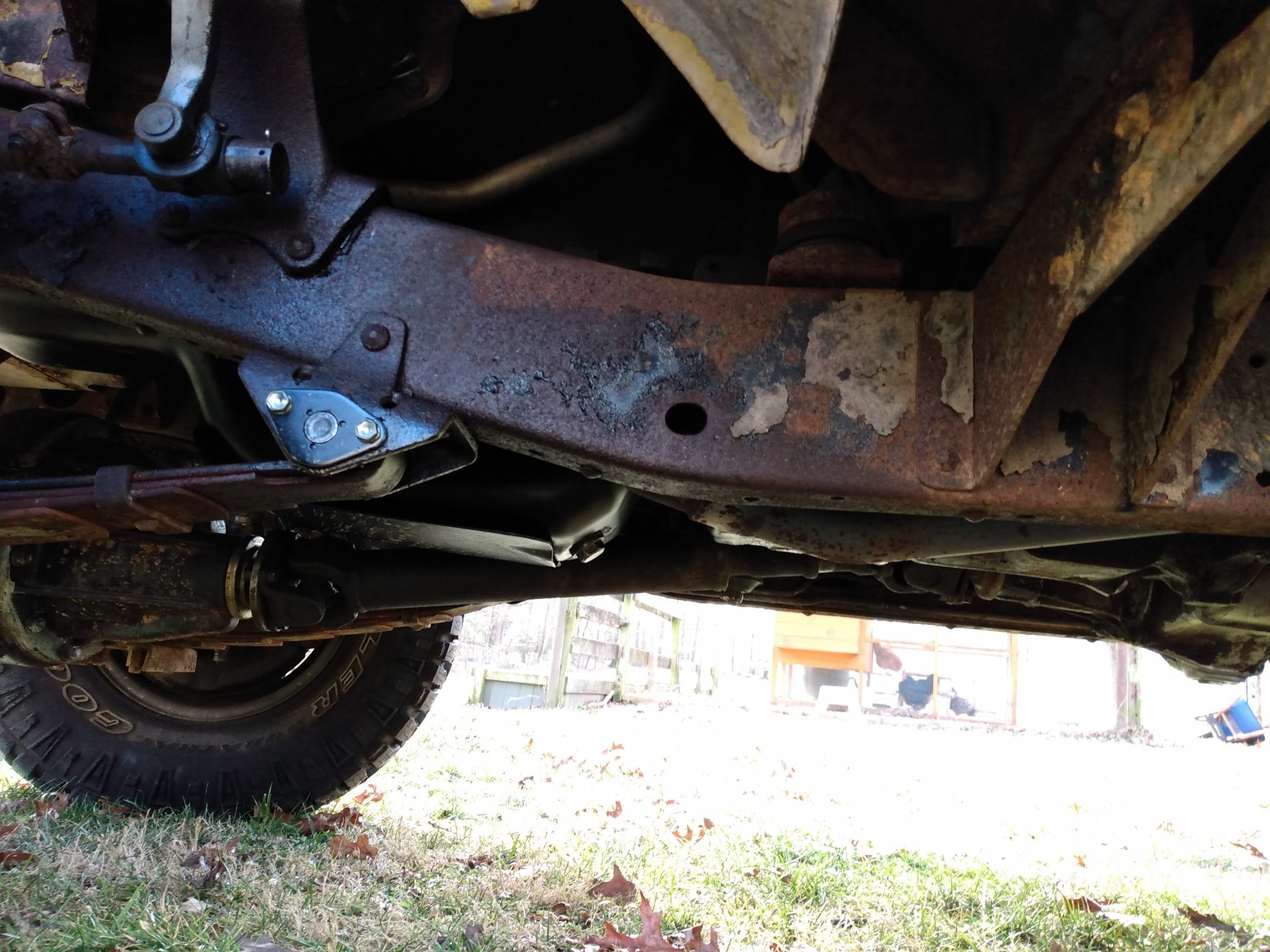 that actually doesn't look that bad. Just like surface rust with some old paint or coating peeling off.

It is amazing how the moisture wicks into everywhere in those states. It would be a real good thing to pull frame and completely redo it . Rust never sleeps.

@dlzadl has been using a product called Boshield that works awesome. It’s isn’t like fluid film in that it dries and takes a solvent to take it off. It also doesn’t smell. Basically you scrub with CLR to neutralize rust and then spray the Boshield on. It dries to a dark grey or black. It’d be a shame to take that rig off the road long enough to take the body off. You can see it on the front of his frame on the ‘69. 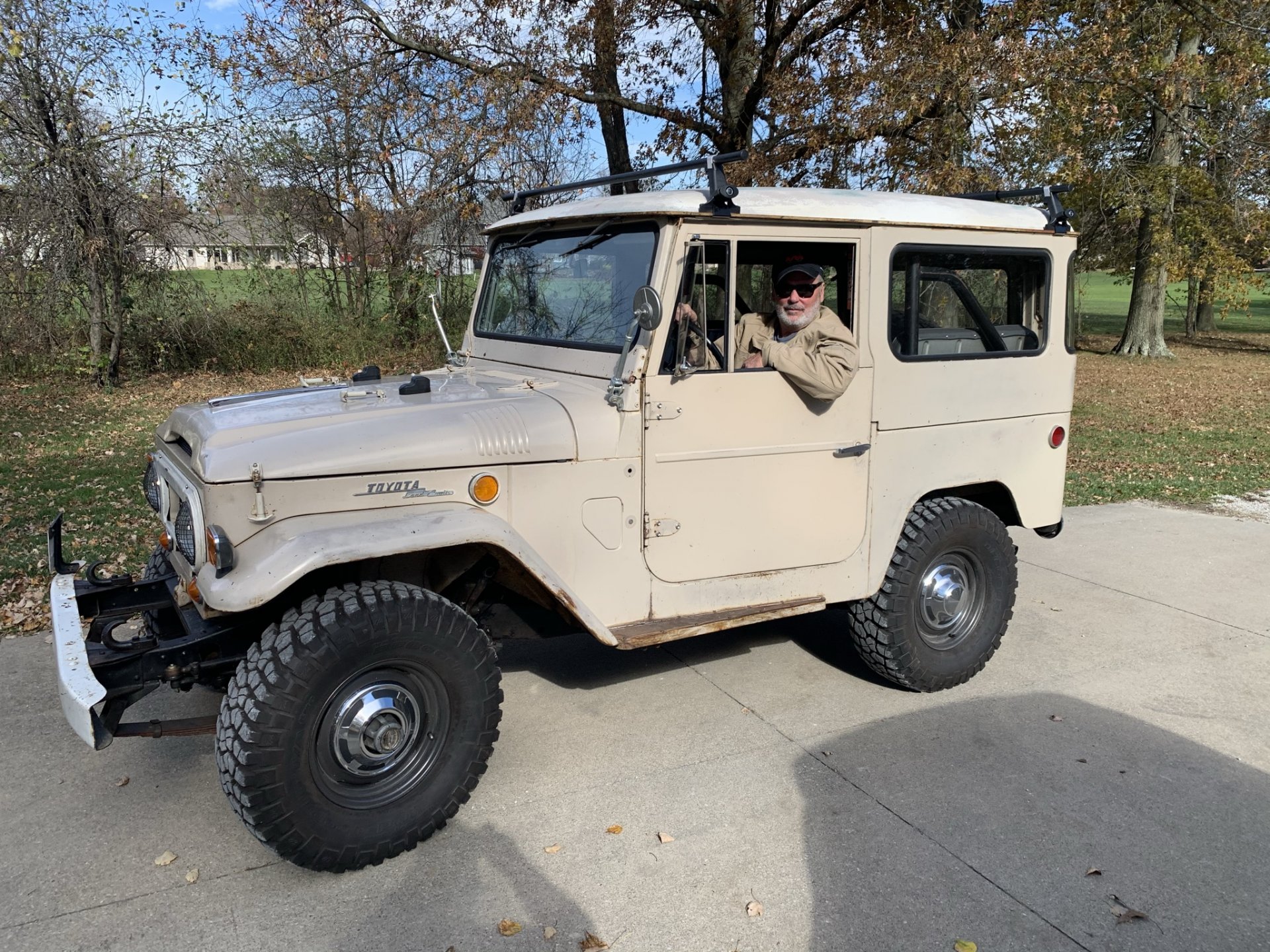 I would leave the tub on and pressure wash/clean the frame as well as possible. Then use Fluid Film generously and re-evaluate in a year. I bet this would greatly slow down the rust on your frame. Then when you decide to restore the body, do the frame at that time.

I love the restored frame and drivetrain and unrestored body concept. Rocking it myself. Function over fashion.

I’d do just as you suggested. Do a frame off, frame restoration. Don’t fix what’s not broken. Pull the frame, have it blasted and then seal it with your choice of treatment. POR15 is very popular.

It is a lot of work to pull the body. As others have said it appears to be a frame coating that is flaking off. There is some surface rust present but nothing that looks excessive in the pictures. There are products that can neutralize the rust but should get that coating off by scraping or pressure washing first. Unless your axles are in need of service, why pull the body without rebuilding the suspension.

Good luck on whatever route you decide to take.

I didn’t read any of it just saw who posted it!

I would definitely do something with just the chassis leave the body if you can. I like Eastwood’s rust encapsulator. There is a product like fluid film that is black and you can get a mint smell to ward off mice when it’s in the garage.
Last edited: Feb 3, 2021

tjhaga said:
I would leave the tub on and pressure wash/clean the frame as well as possible. Then use Fluid Film generously and re-evaluate in a year. I bet this would greatly slow down the rust on your frame. Then when you decide to restore the body, do the frame at that time.
Click to expand...

I would go this route.... I know a guy who can pressure wash that frame to perfection and is local to you.

If the body is in good shape and you want to save the patina, I would say go for it.

1MOA said:
I would go this route.... I know a guy who can pressure wash that frame to perfection and is local to you.
Click to expand...


You think it'd strip the old undercoating but leave the original paint? Or would it just take everything off?

iptman said:
You think it'd strip the old undercoating but leave the original paint? Or would it just take everything off?
Click to expand...

Not sure. I did my 77 frame and it left the paint. I use a dual lance so I can drop the pressure down

I’m originally from the northeast (most of them)- I don’t see rust. Solid pressure wash and coating of your choice. Body off opens all the hidden issues. Keep it driving and treat the rust that’s accessible.

If you go for the frame off and strip and paint the frame with POR15 or have the frame powder coated it can be hard to put rusty parts back on. You will be tempted to repaint the axels...then the motor....then the transmission and whatever. New break line's, hoses....it's hard to put older parts on a clean frame.


I think the body and paint on your rig looks great but would probably want to paint the underside if It was "already" off the frame. 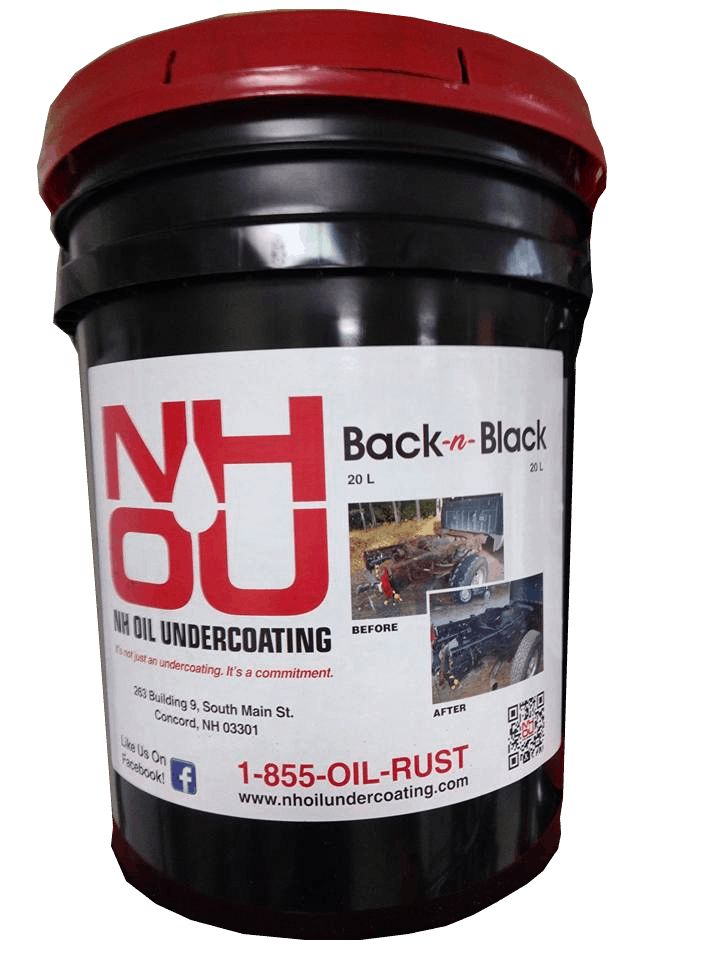 Do-it-yourself undercoating rustproofing kits for different types of vehicle undercoating's. NHOU® Protective coatings will help you extend the life of your vehicle

That looks pretty solid. Keep it dry and salt free. Clean it up (steam clean would be best), ospho and black rattle can and then fluid film it and it sleep well. Body off is a deep rabbit hole. Or in other words the lair of "the harmless little bunny."

i wouldn't worry about it.....but i would stop storing firewood on the drivers seat.....

It’s exactly what I would do.
You must log in or register to reply here.

How to clean/protect frame & underbody? (Pics)

How to un-pin this particular plug end? Different than regular

Help me get a idea of value on this '81. A widow in the family is wanting to sell it.
2