After 28-years and one trip to the rad shop, the radiator had to be replaced - Spectra CU12 and new hoses/clamps all around. While I was in there also had to replace the seized bearing in the idler pulley underneath the A/C compressor pulley (not seen in the photos). The battery tray had rusted out and was replaced with a stainless steel model from www.stainlesstrays.com (recommend this one!). And finally, removed the old Power Steering Pump (PSP) and replaced with new bracket and GM/Saginaw PSP (new high and low side lines); I also removed my old idle pulley/adjuster for the old PSP and have a new belt configuration that includes two belts on the Water Pump Pulley (WPP). I did read all the history on these items in this forum and found good opinions and comments from everyone. Let me help the next member by posting a before and after photo that is detailed enough you can identify parts. Having the radiator out provided enough space for the opportunity for a "before" photograph that shows otherwise hidden parts/bolts/hoses and the old PSP and idle pulley/adjuster. The "after" photo shows the pump mount and belt configuration that will save a written explanation. I also did some rust-proofing while in there. 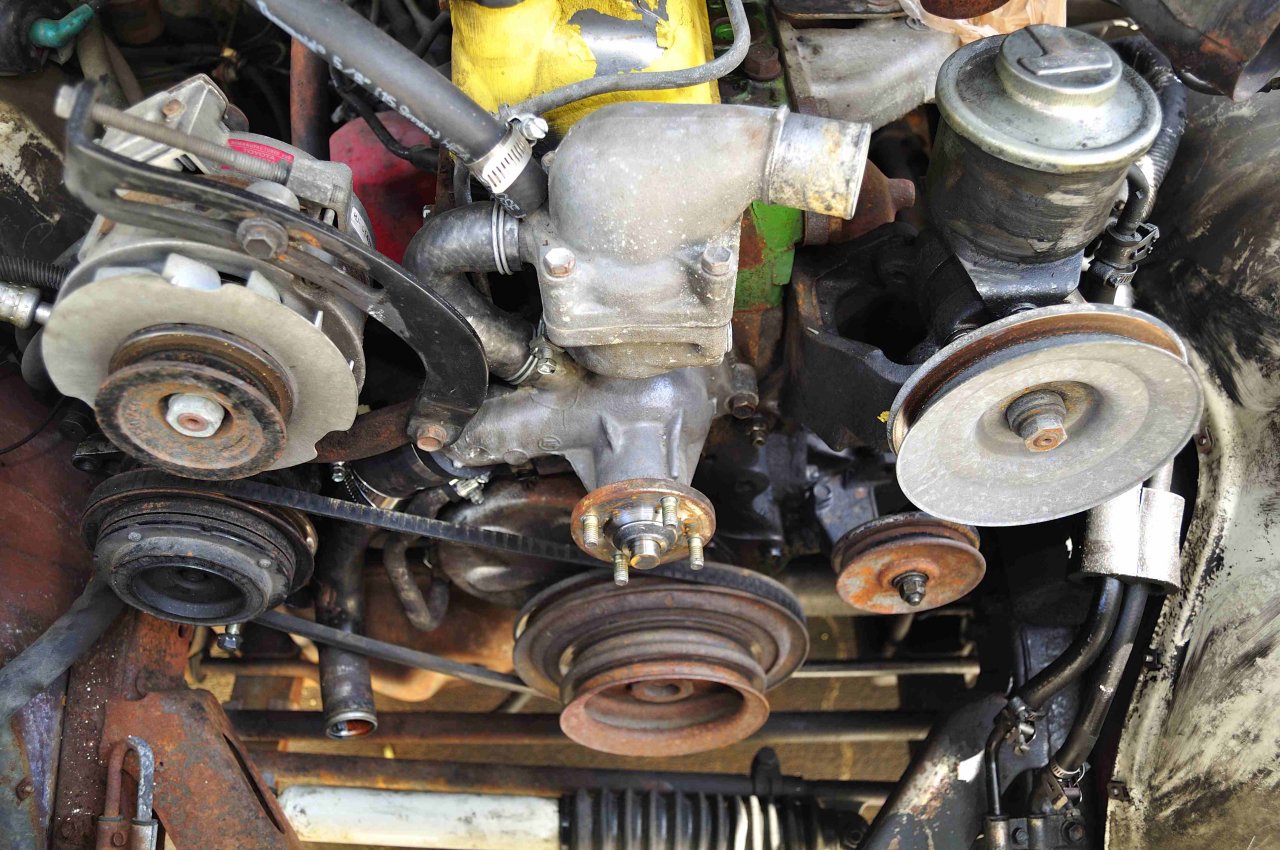 And, After (enough parts in place to see what is new): 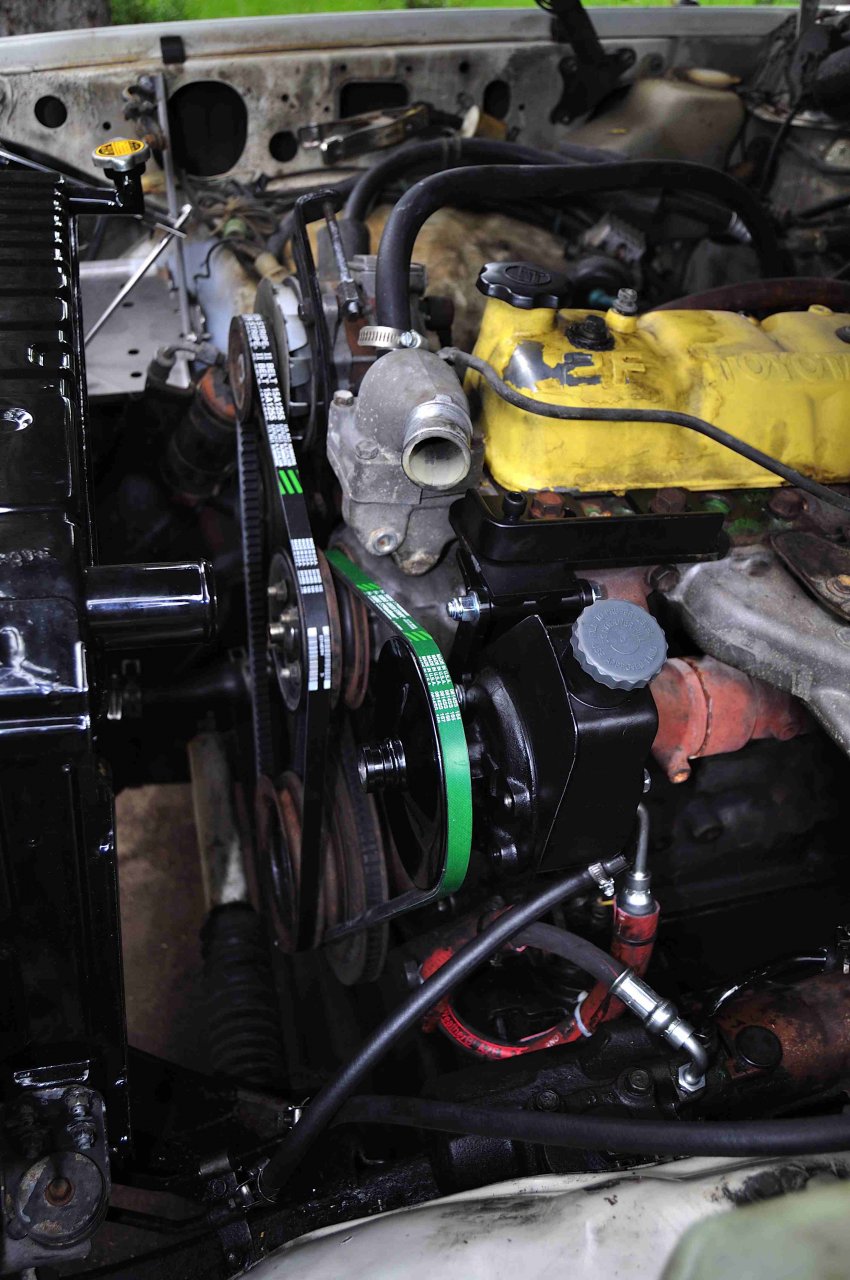 Of course, there are a lot of misc parts and details not mentioned, and yes, I did wrap the PSP high pressure hose with some 3/4" heater hose to prevent possible wear in a few spots.

Oh, and now I have incredible heat in the cabin and cool on the temp gauge AND no leaking PSP!

Just curious what size tires are you running? I have the same saginaw setup in mine (installed by the PO) and its horrible. I'm running 35X12.50's and they won't move. Not too bad driving as long as the tires are rolling. If I'm not moving I can only get about a quarter turn on the wheel before it locks up. I have considered that the pump is no good being that its full of fluid and it whines and groans every time I turn the wheel. I have tried bleeding the system with vacuum and it didn't change anything. Thoughts?

Ok. i will replace the pump and go from there. Thanks!

original tires were 225's, but i switched to 235's years ago. no lift so the tires are standard.
N

I was on stainlesstrays last night and they said the tray for the 60 was out. do they have them now?

That pump moves my 33's with one finger on the steering wheel, sitting on concrete
E

Did you build the pump bracket, or buy one?

good question... i did purchase the pump bracket. but, it is not an optimal solution. i would prefer to take the original pump bracket and slice it just right so that the Saginaw bracket can be welded in place. but, that project for another day. i am running well now.
E

What bracket did you end up buying? I'm looking at the JTO and Man a Fre.
Also, what size belts are you running?

Hope this gets you going!
E

Thanks!
You must log in or register to reply here.

Saginaw PS Bracket in factory Smog pump location -- who sells one in 2021?