Cylinder head back from the machine shop! Valve stems next? (2 Viewers)

Well it’s easy to see we are spending your money….if your porting and polishing, then dress up your exhaust ports, set up a Holley Sniper and go for the flow bench

"Gods country is addicting, its easy to get hooked"

96eighty said:
There is some lack of knowledge on my part, this is the first engine I've torn apart and I thought it was a little weird that the shop was ok with just resurfacing. OTRAMM and NKP Garage on YouTube seemed thorough, and honestly with my lack of knowledge I trusted the shop to do what was right.
I mentioned this on another thread, but forgot to include that I had no head gasket issues before taking it apart. I was replacing my timing cover and I mangled up the head gasket on the front of the engine where the TC and Head meet and wasn't able to bend it back flat. maybe this is why the shop is recommending what he is recommending? not saying the shop is right, but even a Toyota master mechanic (older gentleman) at the dealership said he wouldn't do it even if it was his personal rig.

I'm a total noob but i am getting mixed opinions on people on mud (who know more than me) as well as the shop + mechanics.
Click to expand...

That's completely understandable, and as I said in my first post, I understand I can't spend your money. Having said that, though, you do not want to tear this apart again, unless you have unlimited time and just enjoy that sort of thing. If the head's still off, and if you can afford it, have the seals replaced and the valves lapped/ground as need to seal. The valve guides are likely OK, but you can check that easily. If they have to be replaced, that's a job for a shop.

If you can't afford it, at least clean the valves (soaking them in Carbon Off for a few minutes will do the trick), and, with the head upside down, fill the combustion chambers with water. If the valves seal, the water will not leak into the top of the head. If the valves seep, but don't quickly leak out, you'll know which cylinders to keep an eye on in the future. If they quickly loose water, you'll be experiencing a loss of power in that cylinder. Then it'll be up to you whether to live with it or fix it. Fortunately, a loss of power to to blow by at the top end isn't as bad as a loose ring or bad rod bearing, so you have a choice to make: fix it now or fix it later.

FWIW, this is that way I learned to hand grind valves. Old Coke bottles were used to check a valve's hand ground surface for out of roundness. You put a little water in the bottle, dropped the valve in and turned it upside down, holding the valve in place with your finger. If the water didn't leak out of the bottle, the valve was round and sealed. This was back when the bottles were made really well and the glass/valve seat matched up pretty well. And valves were smaller...

Hi, Personally reinstalling at this time without decarb and checking the rest of the head is poor mechanic work.How do you know they got no shavings or crud down in the valve stems or any where else?
Mike Hanson

Shops don't like these heads because they can be a pain to get shimmed correctly in a quick manner. They could make more money on another head in that same time.

If a head goes to a machine shop, there's no reason for it not to come apart for seals and a valve job. As has already been stated, it's hard to do much any other work correctly if the valves are in it. If you want the full build, you'll likely have to ask for it, which you still should.
There's nothing more permanent than a good temporary fix.

Well if you were doing a head gasket because of a timing cover issue it makes sense why they only surfaced the head. I would still install new valve seals. I also would port the head, but that's probably outside your ability just yet. So I would just do valve seals and install the head. Replace all hard to get to hoses.
Build Thread: FJ60 axle in my 40
Build #2: Urban Assault Runner Build
Build #3: Urban Assault Cruiser

It's all been said, but I'd have them do it all. Here's mine after getting re-worked.

knuckle47 said:
I saw that in your picture. My brother and I bought an old boat years ago with twin 454 engines. After the first season we owned it, one engine blew a few valves. It was a big job working in the tiny engine compartment on those giant heavy heads so while down there, I rebuilt everything from the lifters, pushrods and the entire heads. We were usually 20-40 miles offshore in the wild Atlantic waves. I would have been very disappointed if something else failed because I had shorted something that could have been done easily since it was opened up. The following year the other side blew a head so we bought an emergency life raft !

Re-evaluate your needs before buttoning it back up
Click to expand...

"Re-evaluate your needs before buttoning it back up"

Great advice with everything in life
Thanks,

ajax1 said:
I would have had the shop do the valve seals, and valves. No point having to pull it again, wasn’t burning any oil at all? I would port and polish it too.
Click to expand...


Yeah, I mean, provided you have the cash to do the work, but if you've already pulled the head, you're into it.

And since it's already off, might as well port and polish...I would. If for no other reason than the piece of mind KNOWING it was done.
Thanks,

White Stripe said:
Well if you were doing a head gasket because of a timing cover issue it makes sense why they only surfaced the head. I would still install new valve seals. I also would port the head, but that's probably outside your ability just yet. So I would just do valve seals and install the head. Replace all hard to get to hoses.
Click to expand...

Atomic City said:
It's all been said, but I'd have them do it all. Here's mine after getting re-worked.
Click to expand...

I found a local Toyota MDT to work on doing the valve seals after a lot of advice from everyone here. He's a pretty cool guy and used to own a few 80 series himself 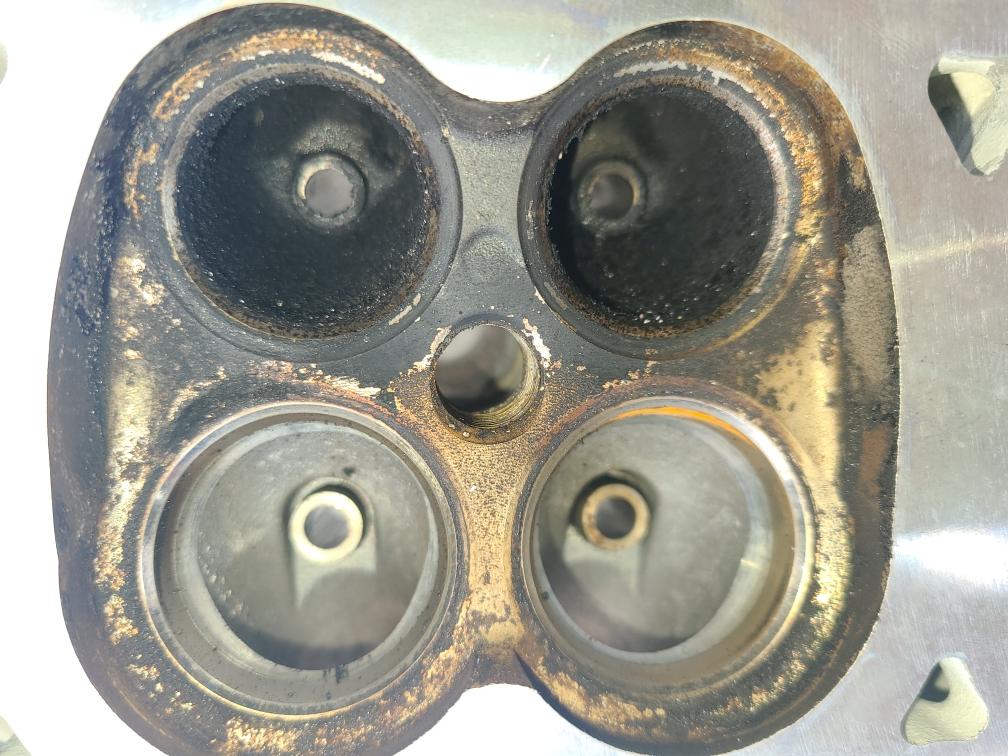 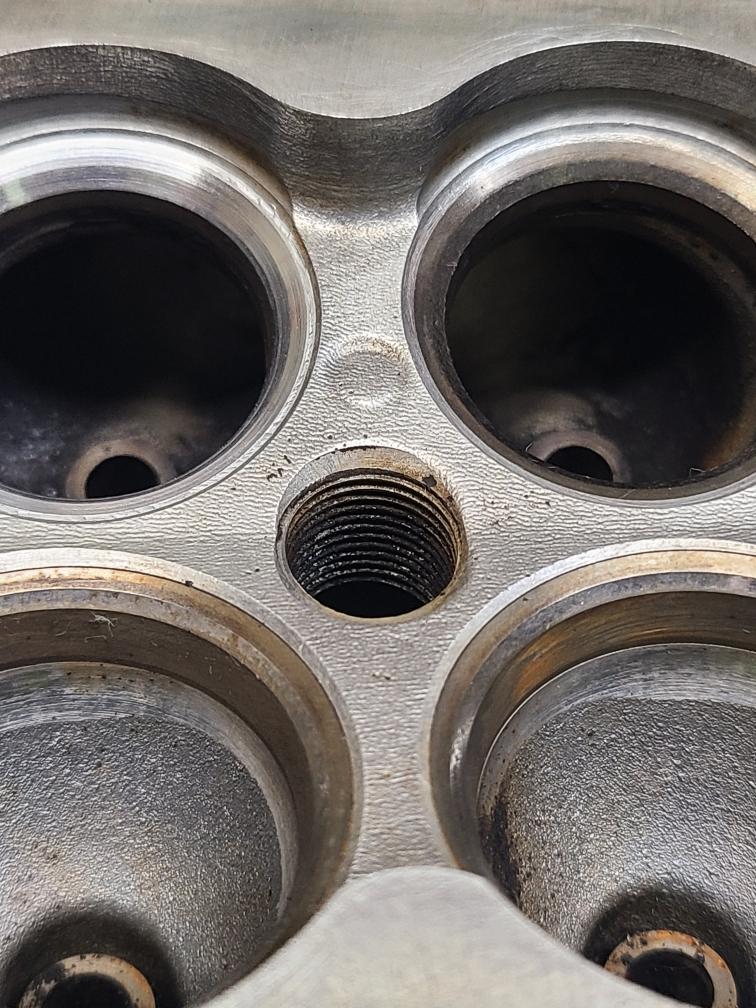 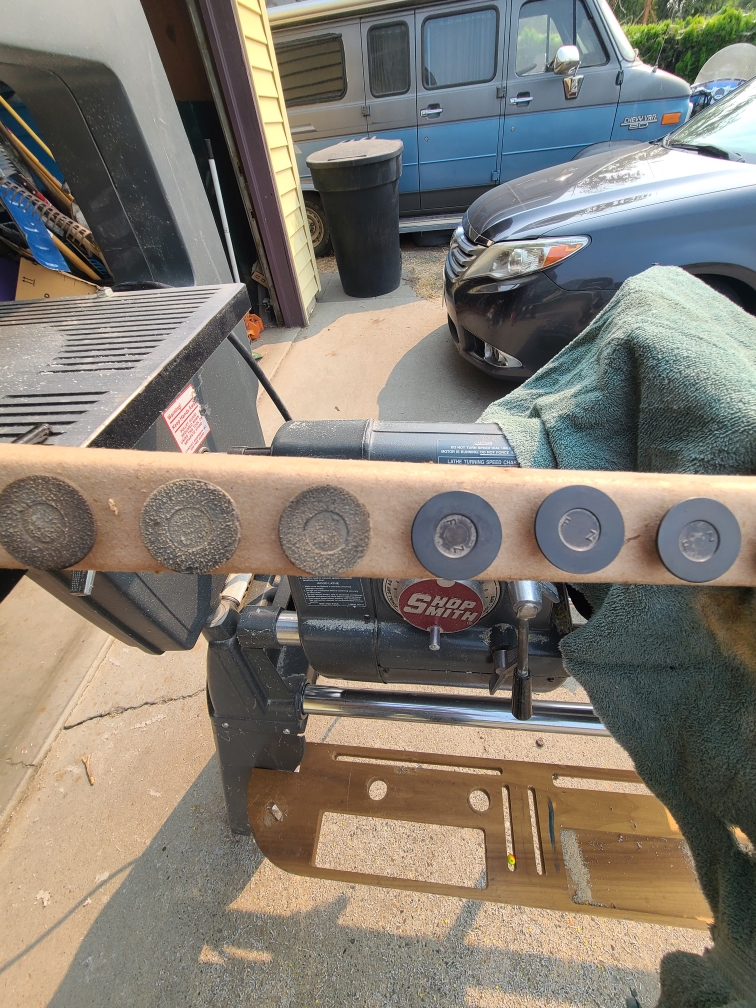