Or grounded between the relay and the button. Unlikely.

Thinking about it more, I can't make a blown fuse even if the relay is wired wrong. Someone has gomed up your wiring someplace.

Engineer8000 said:
Thinking about it more, I can't make a blown fuse even if the relay is wired wrong. Someone has gomed up your wiring someplace.
Click to expand...

As much as I hated doing it, I cut open the harness and began separating the GR wire from it. About a foot in I found it had been cut, probably accidentally, so I kept going until I reached the stop light switch where it connected to the plug. When it passed the continuity test I began focus on the GY, separating it all the way to the turn signal combo connector, where it also passed continuity test. After the GW wire passed continuity test I concluded it wasn't a wiring problem. Could the stop light switch or turn signal switch be tested to determine if a short cause the fuse to blow?

That's a different branch circuit and you said the brake lights worked so I ruled out a problem there. Did you test resistance of the GY wire to ground at the horn relay? It should be open circuit.

zerotreedelta said:
Yeah - would be the ohms/resistance setting. Should read open (often "O.L"), a short would be just 0.0. Some have a continuity beep option on that setting that can be handy too...if there's a path between the two leads, it beeps.

It should be open, but given it's blowing the fuse, there's a path somewhere, at least with the connector plugged in... checking the relay without the connector on is just another good data point to remove some hay from the haystack.

Okay, I put the mm on it - red lead on the GY spade (outside the relay plug) and ground lead on fender bolt. A few seconds of decreasing numbers, then O.L. So, open, as it should be if there's no short, right?

The underside of the steering wheel is where the grounding ring is, rubbing against the spring contact. A 3-way female spade from the two red wired horn buttons and one white wired button connects to the grounding ring. So if I have the mm on the GY wire and the mm shows OL, should pressing any of the horn buttons change that?
Z

Yeah... If you ground one lead of the meter and have the other in G/Y, it should show open (0.L) until you press the button, then it should go to 0.0 (connected).

All right then - on my to do list for tomorrow!

Here's what I did - connected + mm lead to GY wire outside of horn relay connector, - mm lead to fender bolt. Reading 0.L. Wife pressed bottom horn button and numbers on mm screen were all over the place. A couple times the 0.L. showed, then the numbers began again, all over the place. Hmmm, had her press the left horn button - same thing. BUT THEN she pressed the horn button on the right and WTF - reading did not move from 0.L.
THIS MEANS SOMETHING!
But I don't know what. I've cleaned each of the buttons but not the 3 way spade they're crimped into. Guess I'll look at that next. 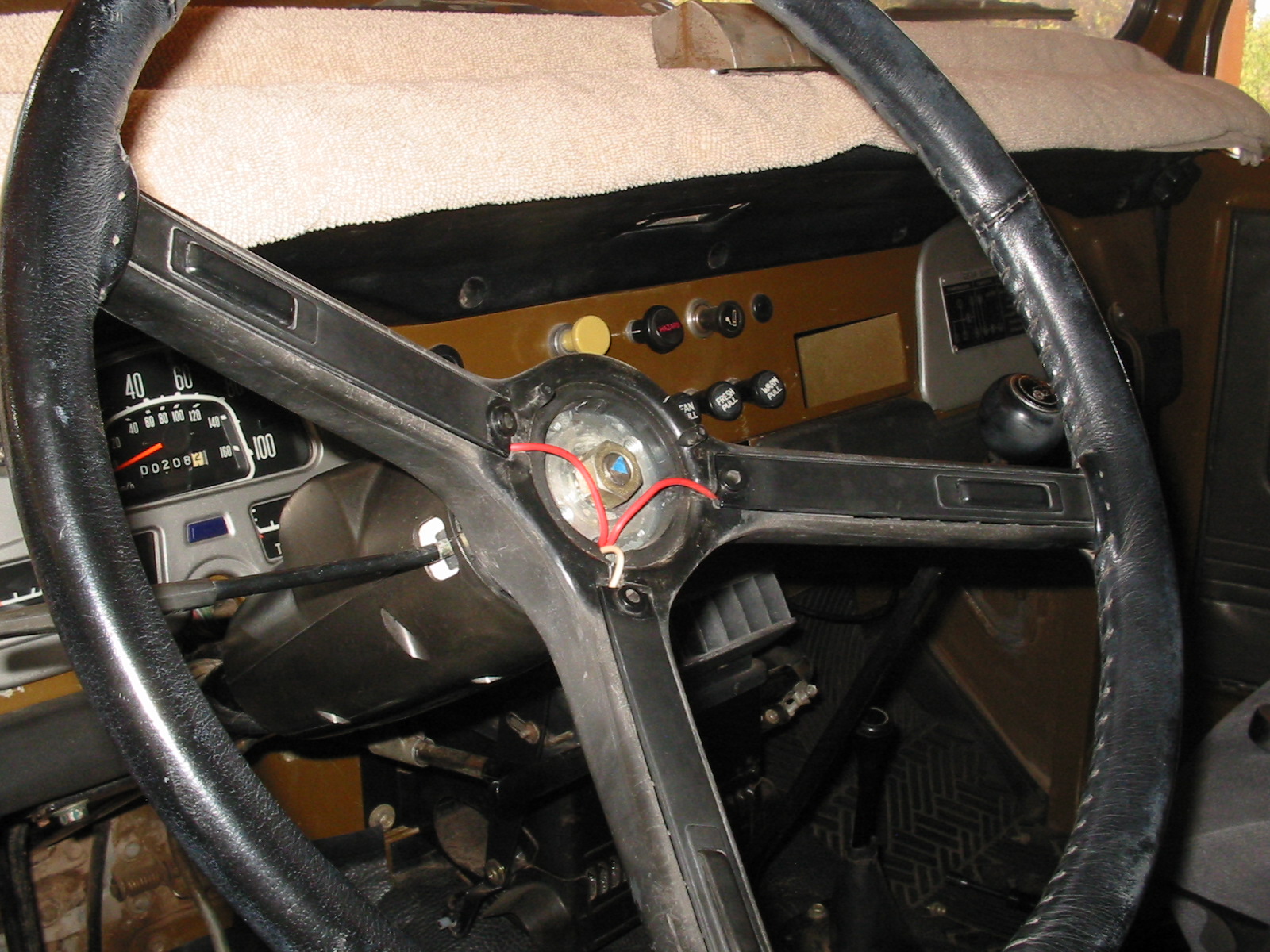 Here's what I did:
Pulled the 3 way spade and cleaned it
Removed the contact ring and cleaned it
Lightly sanded the contact spring tip
Just for the hell of it, swapped the relay switches
Put the GY wire spade back into the connector - noted the fuse didn't blow this time
Pressed the horn button
BEEP BEEP

I'll leave it to the electrical experts to figure this out

Had to be something here - "Just for the hell of it, swapped the relay switches".

You're probably right. I've lost count over the years, how many times I've taken a broken electrical device apart, cleaned it, reassembled and Shazam, it's fixed! Bonus in this case is I picked up useful knowledge about grounding, shorts and multimeter diagnostics. ME SO HAPPY
Z

Oddly enough, my horns went to "horn" today, just one weak beep vs the two-horn chime. The right side horn wiggled loose and had a bad ground, and thus no beeps from there.

My other funny ground/fuse story of the week was doing the wipers...the fuse would pop, but I didn't see any reason why. Traced the diagrams, and realized the washer pump shared a lead and it's a constant 12v...and the bottle wasn't installed yet so those leads were loose. Would you believe that the washer pump 12v line would land RIGHT on a nice clean bolt for the fender to short out and pop the fuse?

Definitely good skills to hone, they'll come in handy.
You must log in or register to reply here.