I’m looking to replace my main battery cables and figured I’d clean up terminals at my battery. I’ve got some Auxiliary lights running to the single battery setup. Are there any terminal blocks that folks recommend for multiple lugs coming to battery?
Sort by date Sort by votes

ChaseTruck said:
Thanks - sounds like something I would have no problem doing on my K5 Blazer. On the 80... my wife doesn't like me doing Chevy-style hacks. I suppose I'll just do it and see if she notices it


It's a good idea to keep your customers on the road until you can get a decent set of terminals, the cost of an OE terminal complete with cables can be costly to say the least.

I have a set of 16+ ton crimpers, these along with a pair of generic clamps do the job well, many of my customers simply won't pay for the 'right thing' so you do what is the cheapest that they are happy with, never seen the 'screw trick' fail. Years ago you could buy sleeves that went over the battery posts, they were about during the time that the phasing in of batteries with different sized posts were coming in, they (the sleeves and batteries) seem to have disappeared now though, they were no longer needed when battery terminal size was changed, the alternator being particularly sensitive to incorrect connections, dynamos with the old RB340 regulator box did give a damn, of course the change from positive to negative earth was happening at the same time.

Remember as an individual you are unique..........just like everyone else
Upvote 0 Downvote

I have harvested the brass battery terminals from German cars at the scrap yard. They are simply superb quality in my opinion. The fastener mechanism is durable and very tight on the battery post and will not deform the terminal clamp. Also BMW sedans have the battery in the trunk with about 15' of 0AWG and 15' of 000AWG silicone insulated welding cable running to the firewall under the carpet with crimpped terminal lugs affixed to each end. A zillion strands of solid copper in each length. The photo shows the yield of two BMW sedans and if your lucky like I was that day, the cashier had no idea how many feet of cable it was and charged me for 20'. A good haul from the 'mall' that day! 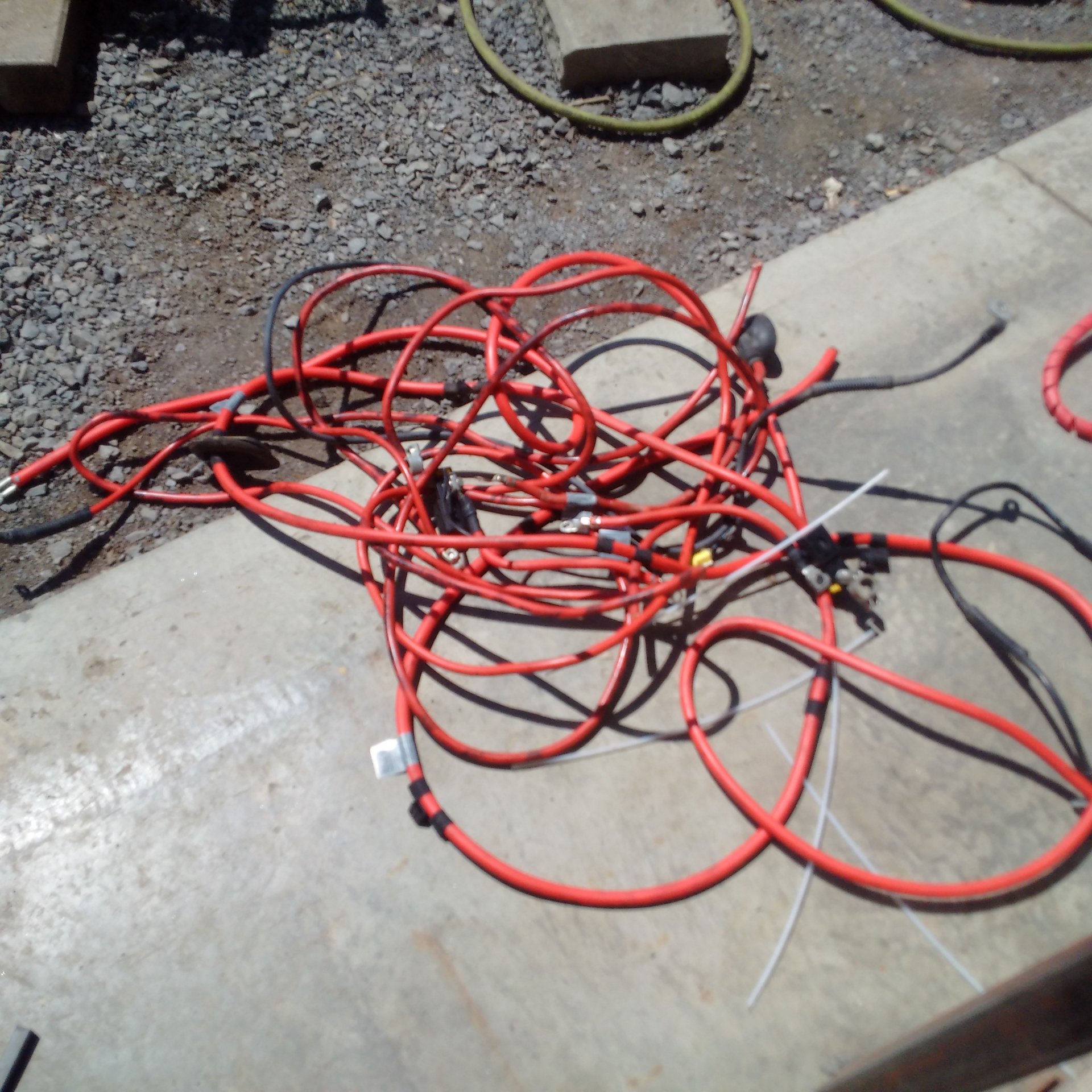 Good find, I use the cube fuses on my battery terminals, they were IIRC an idea from Mercedes? Either way they make a good last line of defense.

Remember as an individual you are unique..........just like everyone else
Upvote 0 Downvote

McMaster-Carr is the complete source for your plant with over 595,000 products. 98% of products ordered ship from stock and deliver same or next day.