Builds An HJ61 followed me home to Texas (1 Viewer)

Need to take that @cruiseroutfit sticker off the fan blade. Might cause an imbalance. LOL!

Not every 12HT gets the @roma042987 treatment. And that one is Hanko’s GOOD motor. When you look at it by itself, it looks totally normal. Then you put it next to the bright shiny rebuilt one, and it makes you want to take it apart, paint and clean everything.

Starter on with new hardware. 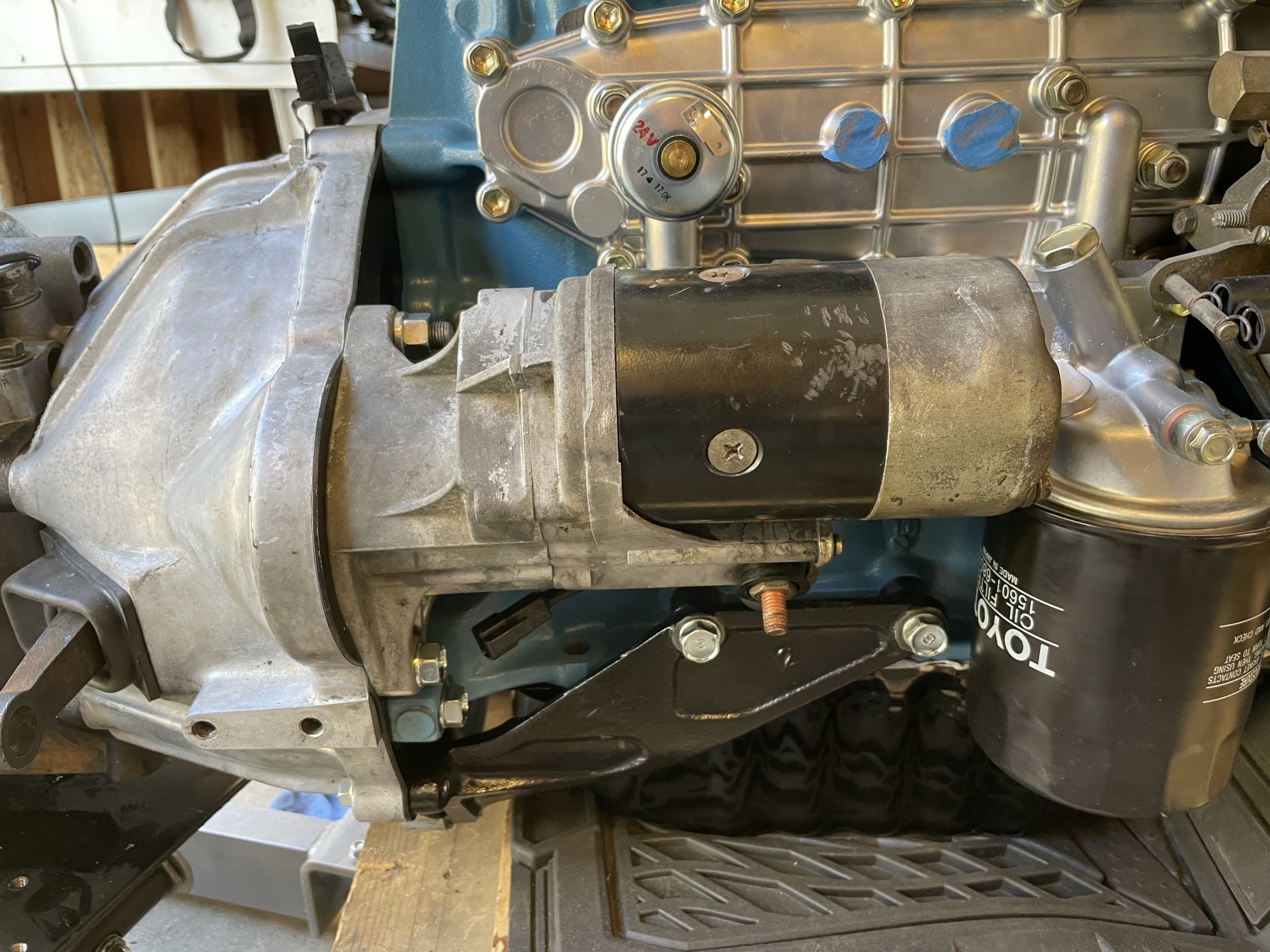 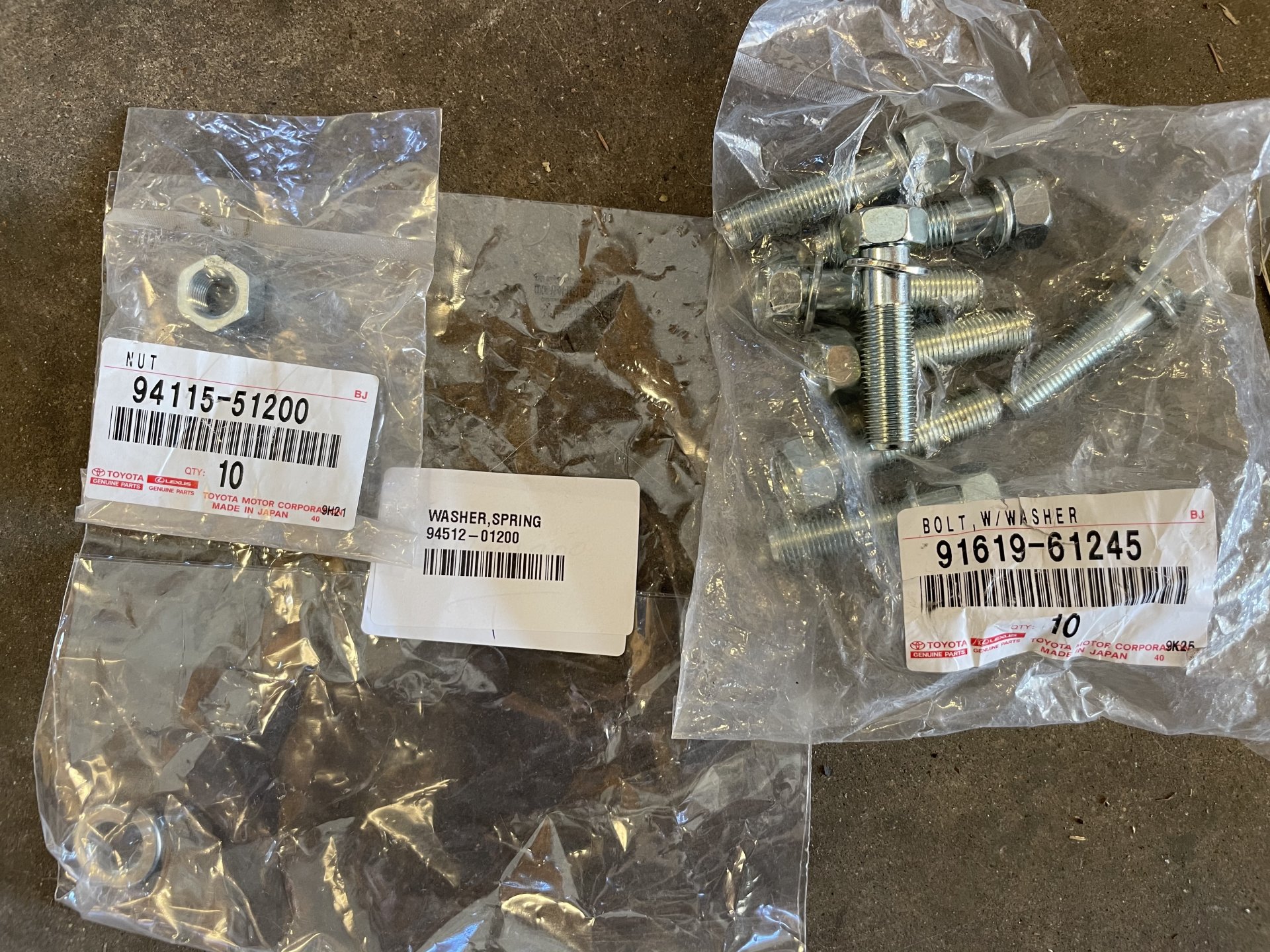 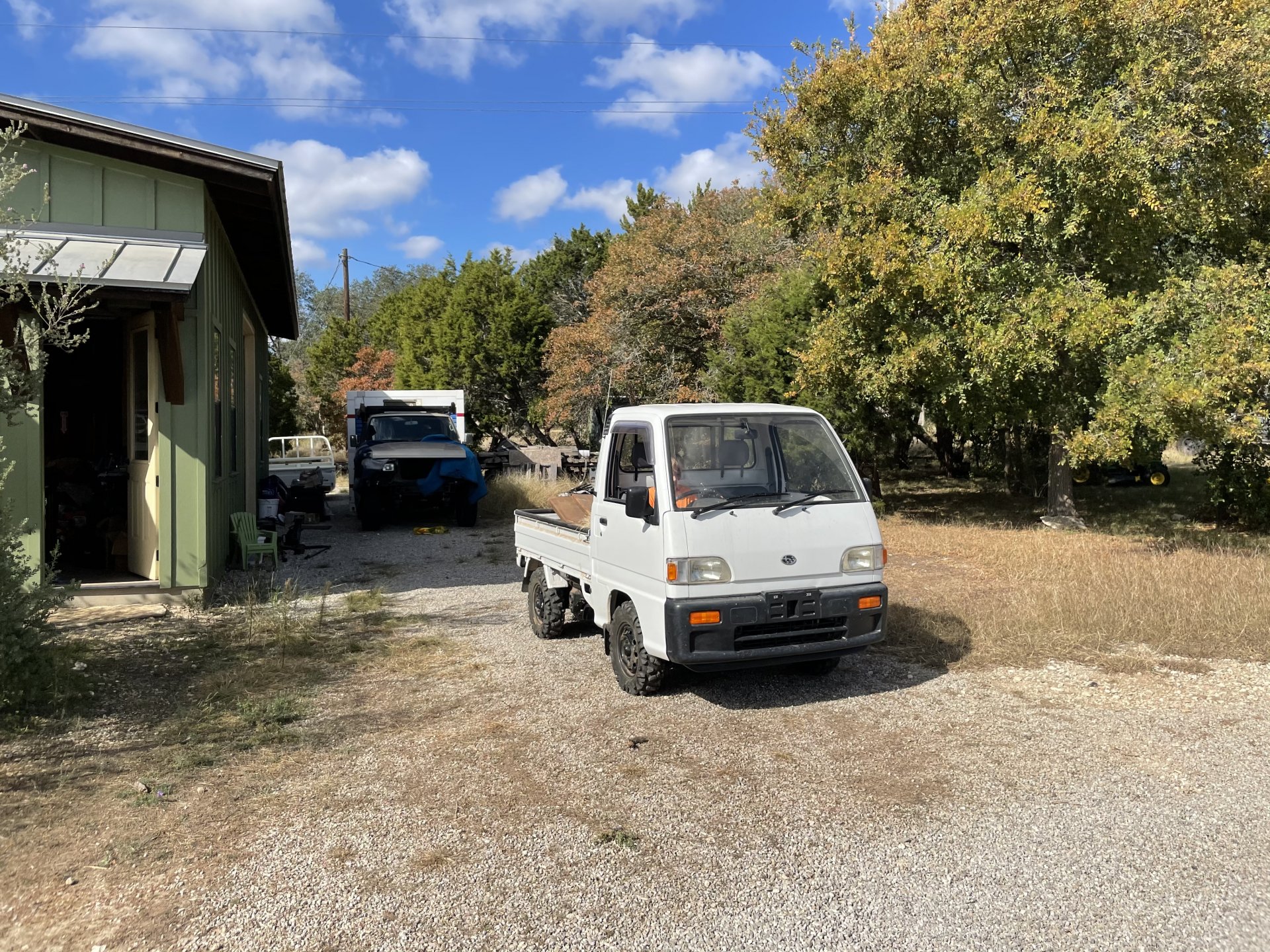 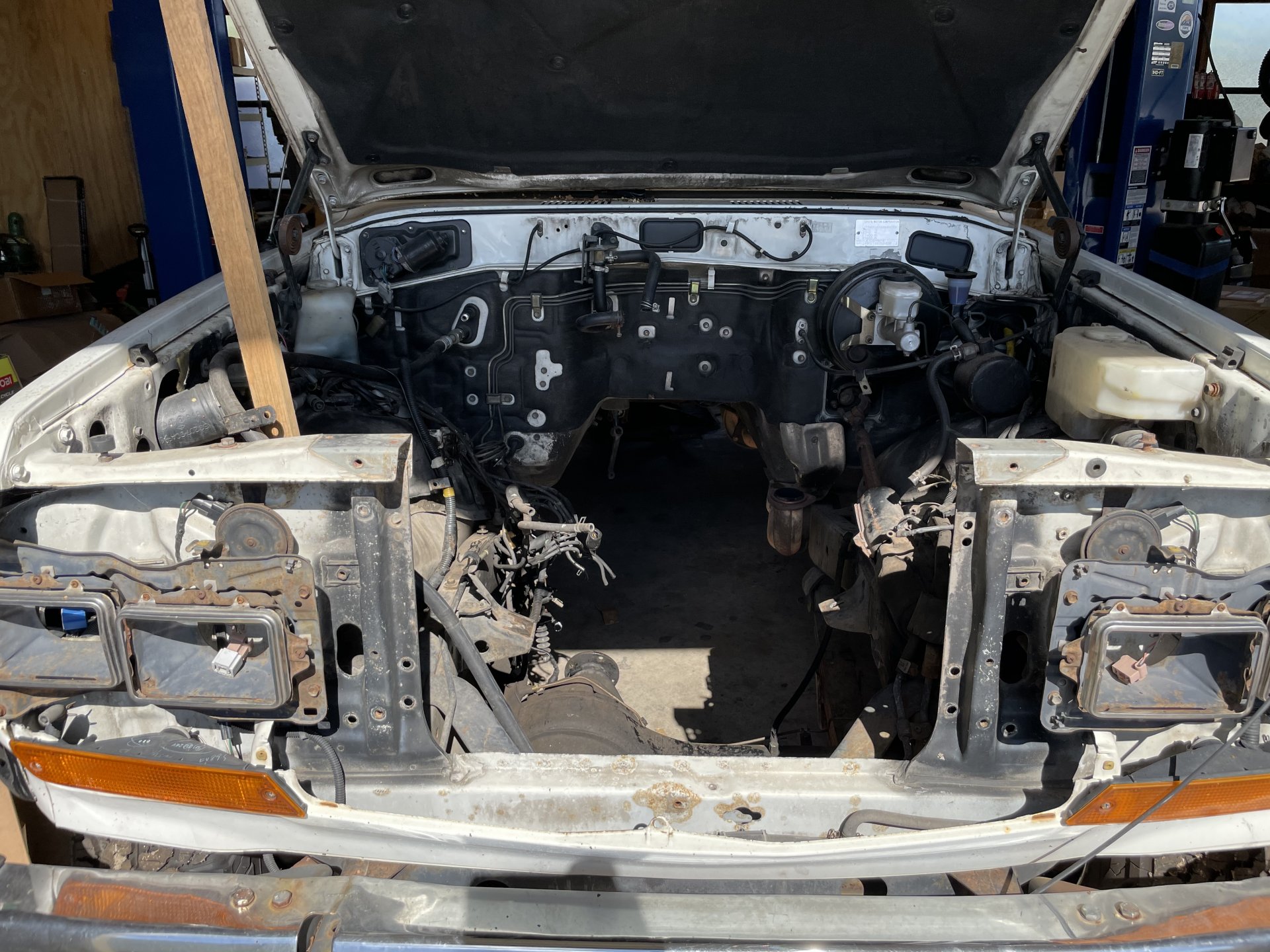 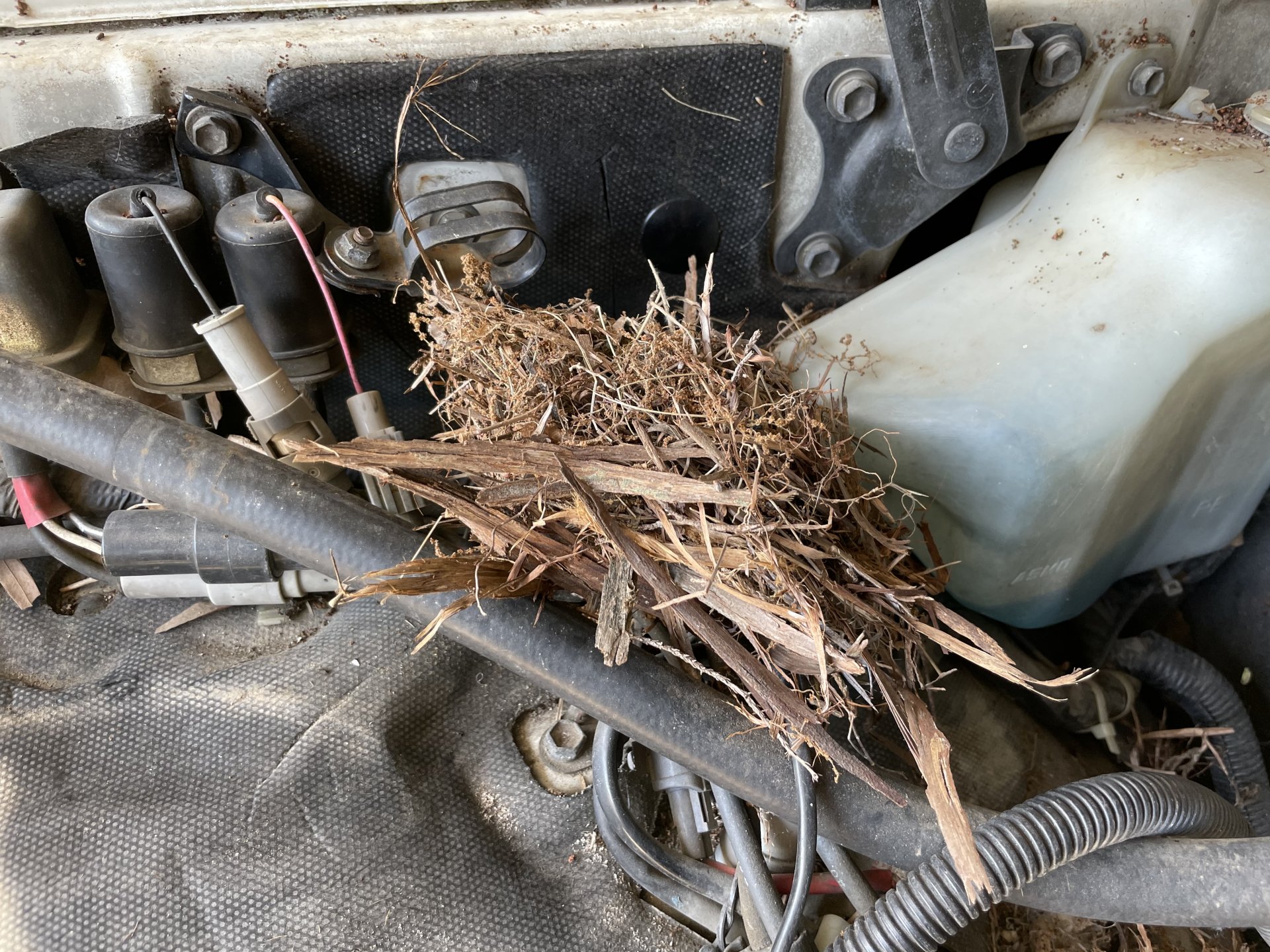 Clearly this is a terrible place for the hood. If Nate knocks it over I will kill him. 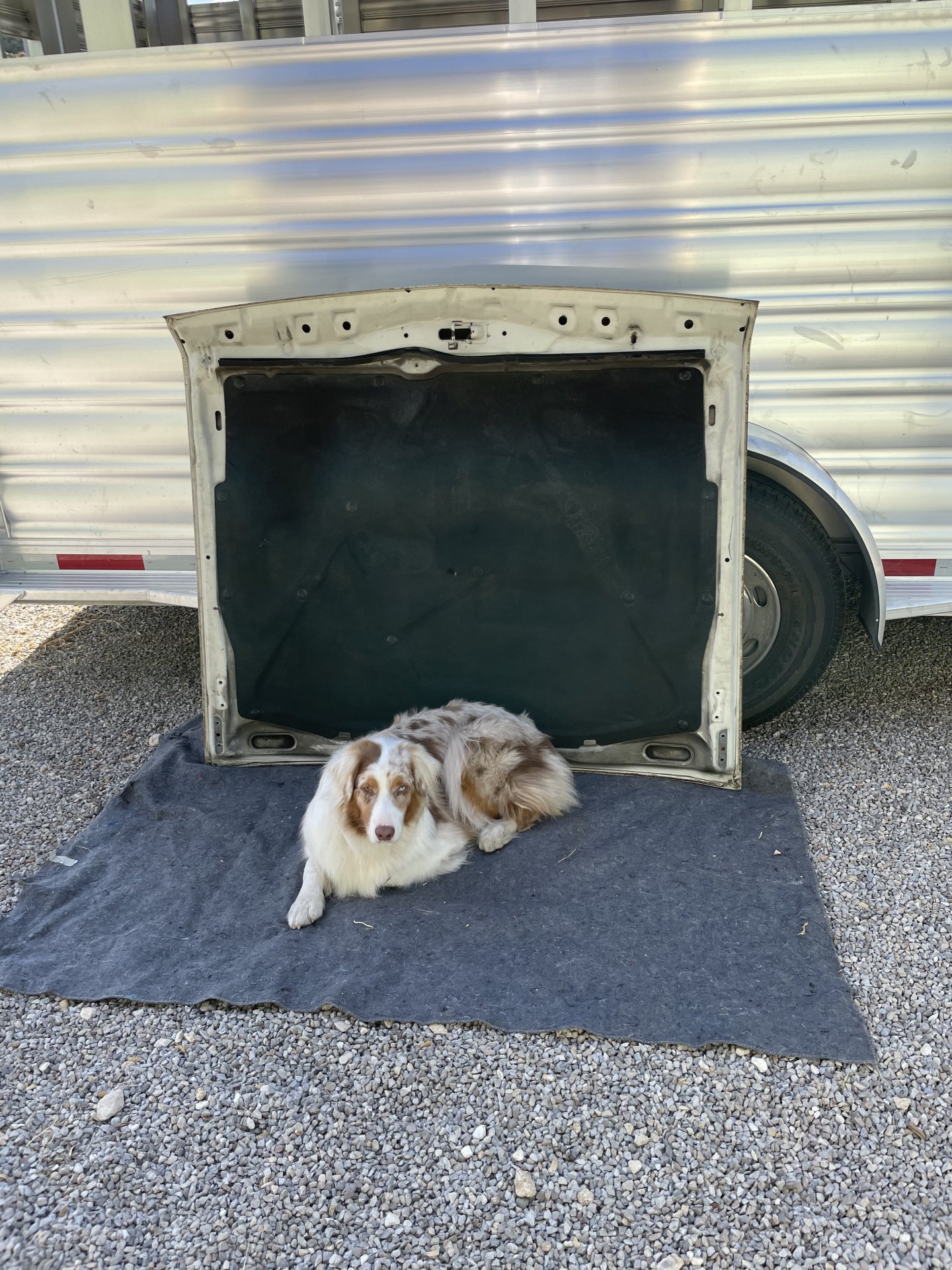 I got the motor in by myself. That was hard.

It is beer thirty. 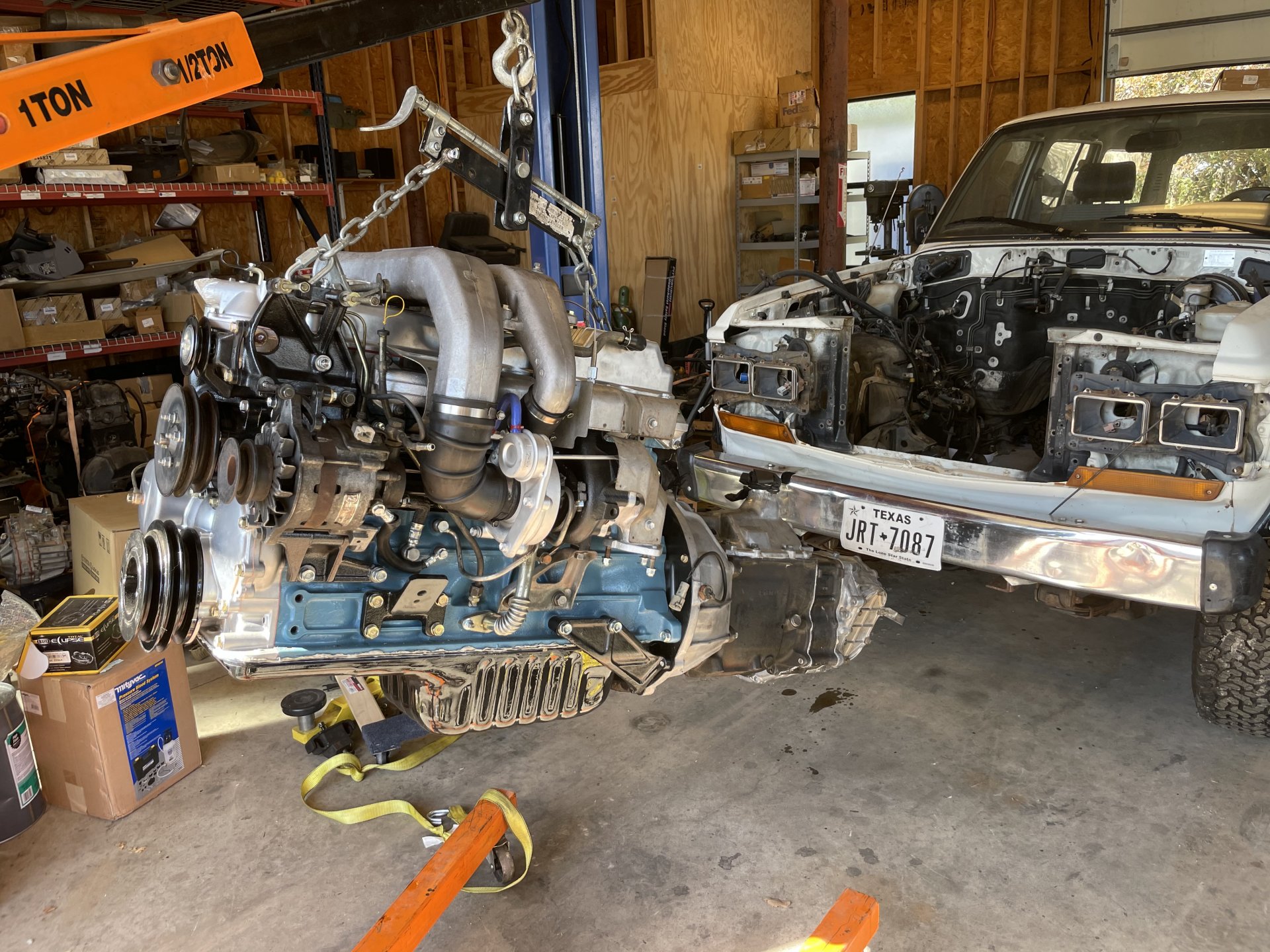 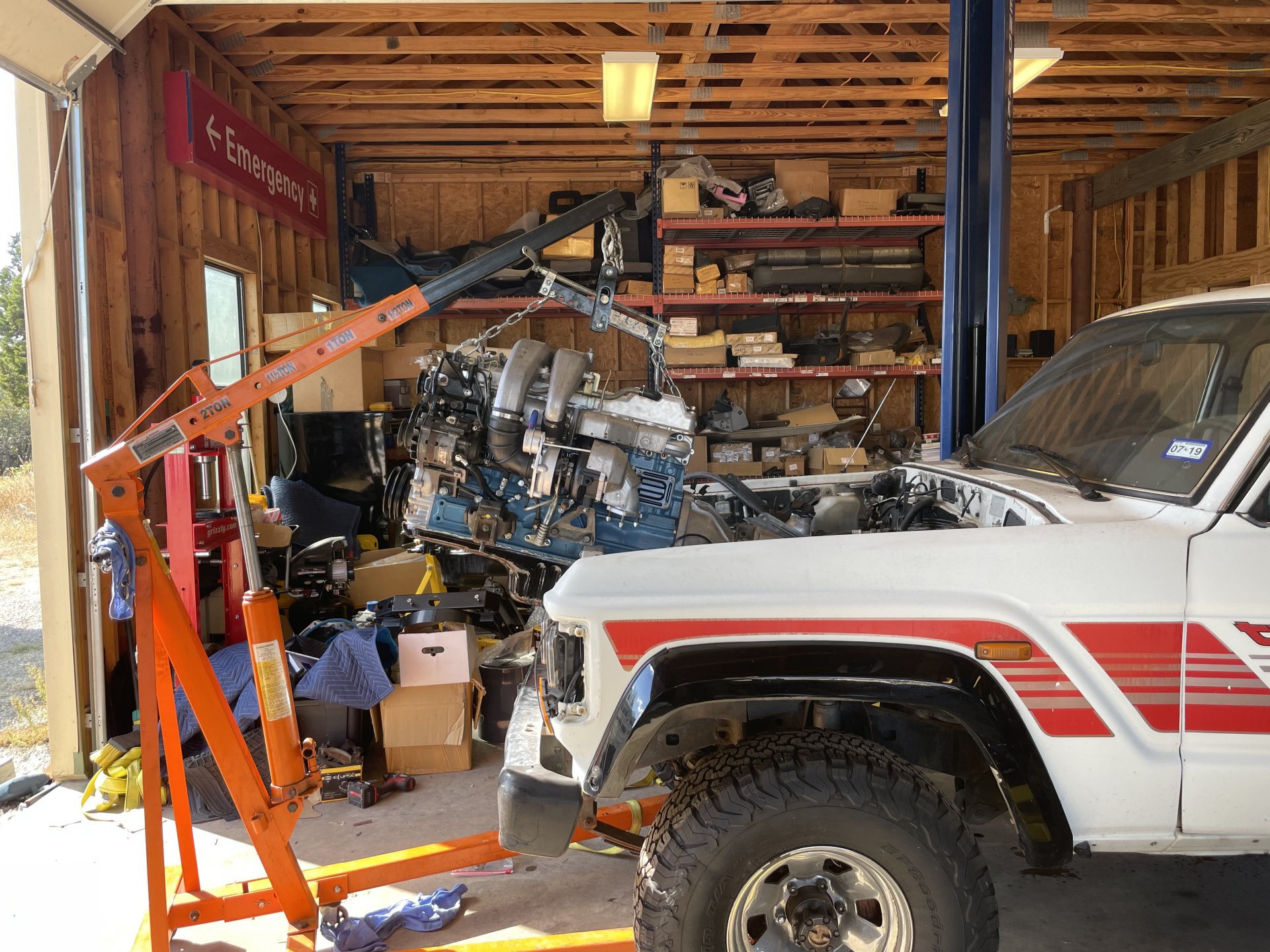 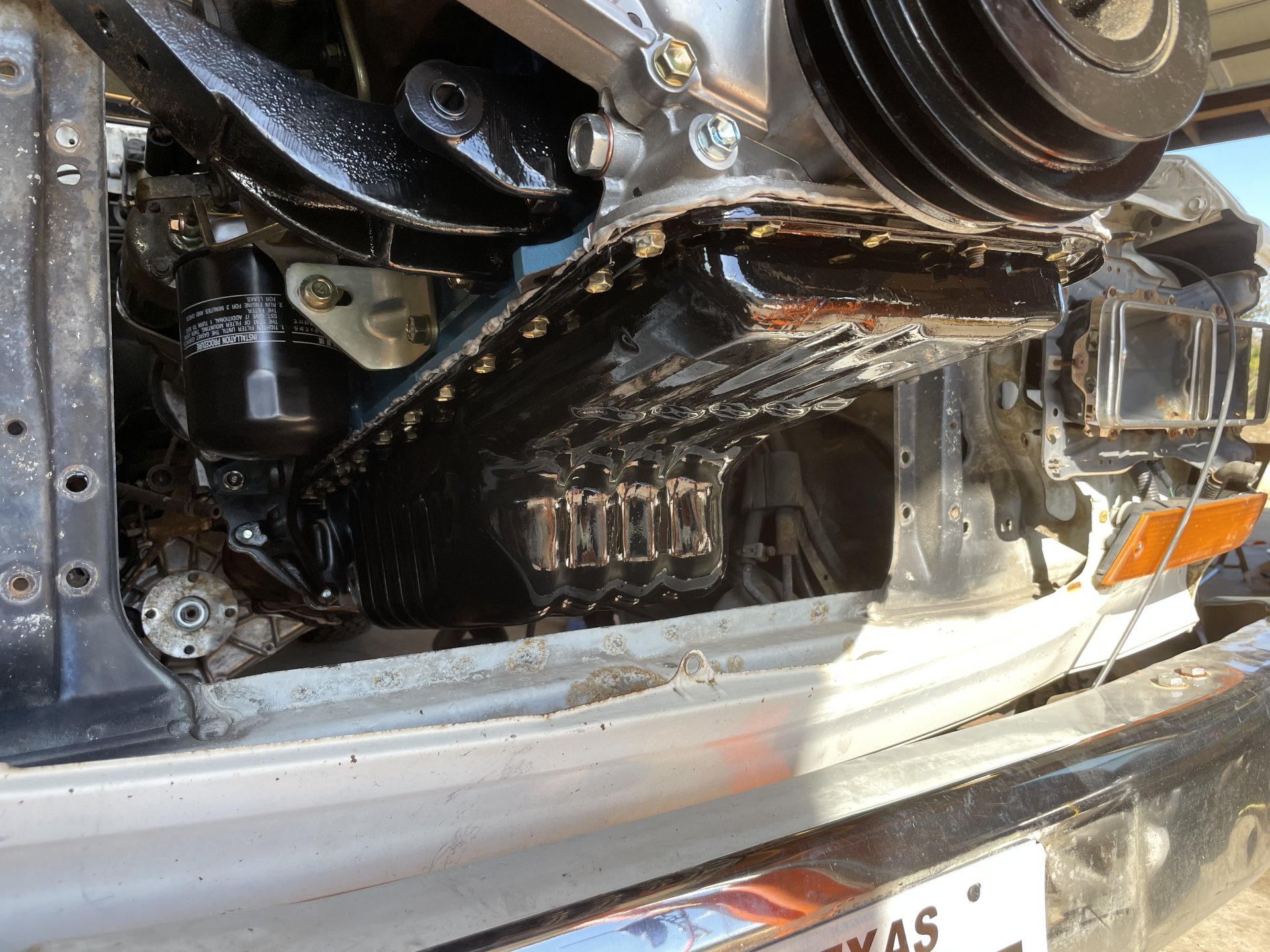 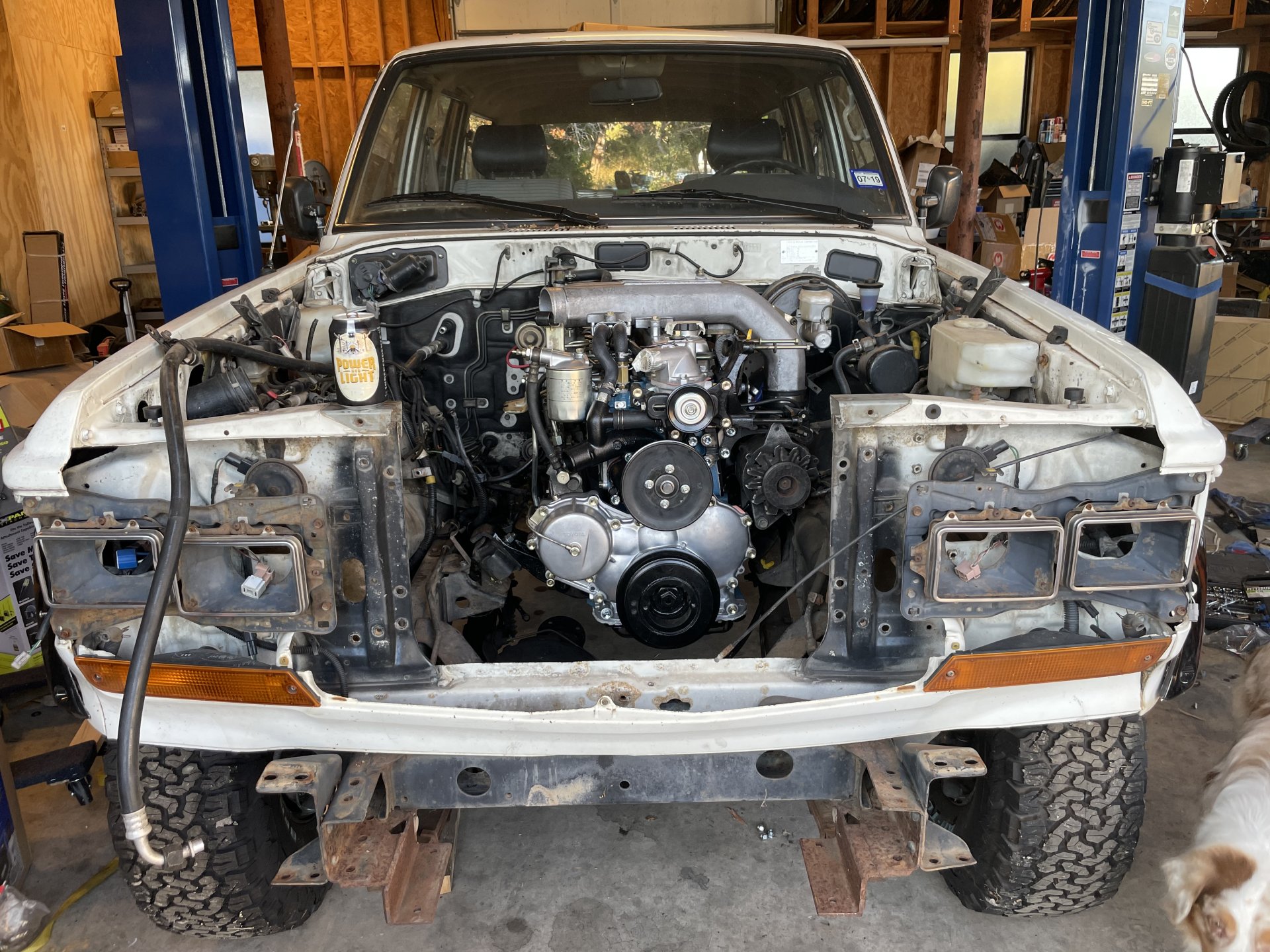 Yeah I really like that rust bullet coating. I spot painted my pan on the NOS engine where it was scratched but after doing yours I wished I had painted my whole pan.

I guess I’m not done for the day. Stuck the AC compressor back on after blasting 30 years of grease off of it with a couple cans of brake cleaner. Good as new. Or at least good enough. 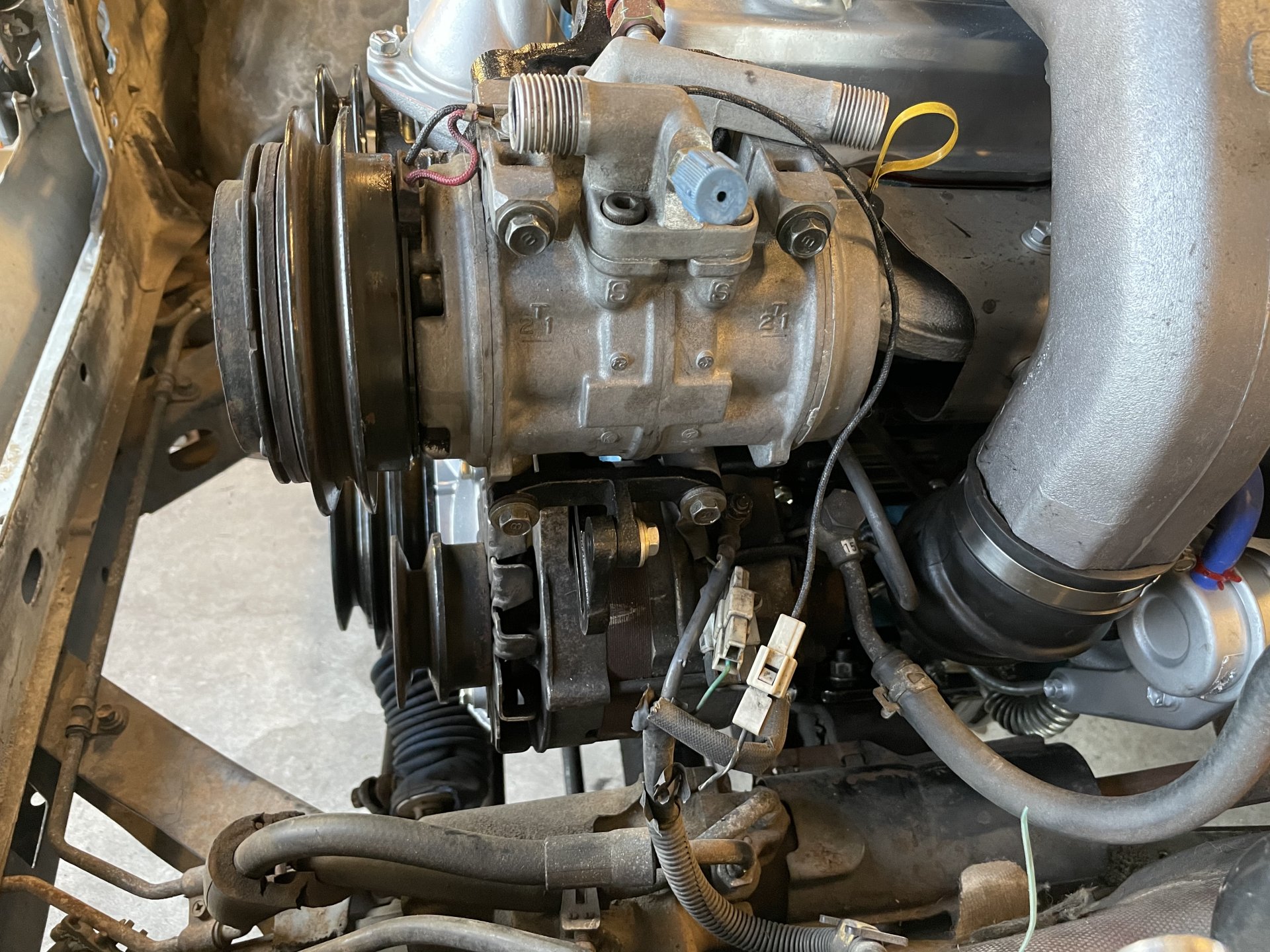 In an unbelievable move of cruiser charity, my wife actually helped me put the hood back on. No pictures exist, which is a shame. 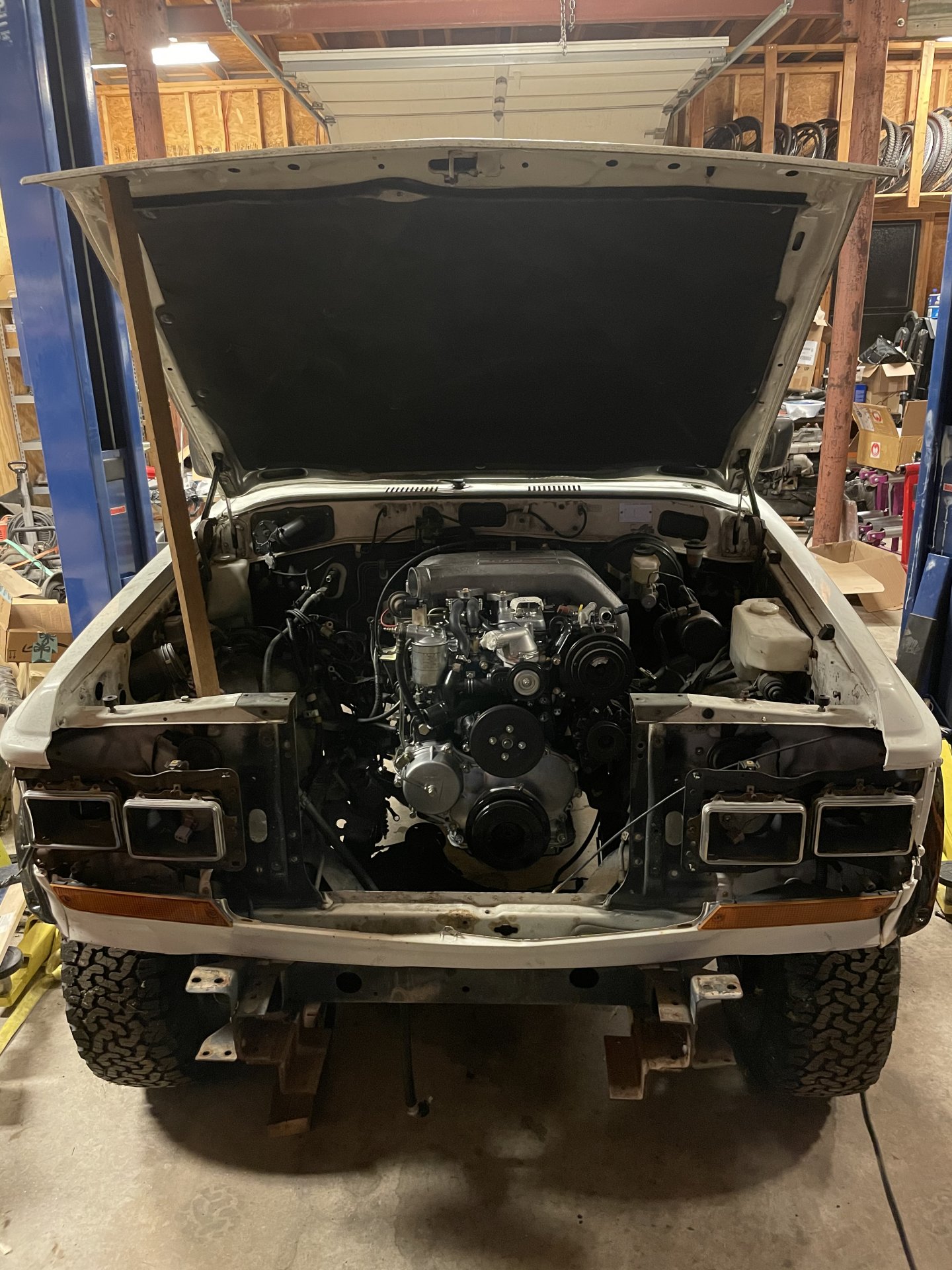 I replaced the bottom heater hose which was 30 years old and completely crusty. As I yanked it from its historical home, I blew disgusting black coolant water all over the bright new shiny engine. I promptly freaked out and cleaned it all up with brake cleaner, trying to preserve the shiny 12HT’s virginal cleanliness at least one more day.

Hose was replaced with a Terrain Tamer from the set, and stainless City Racer clamps. 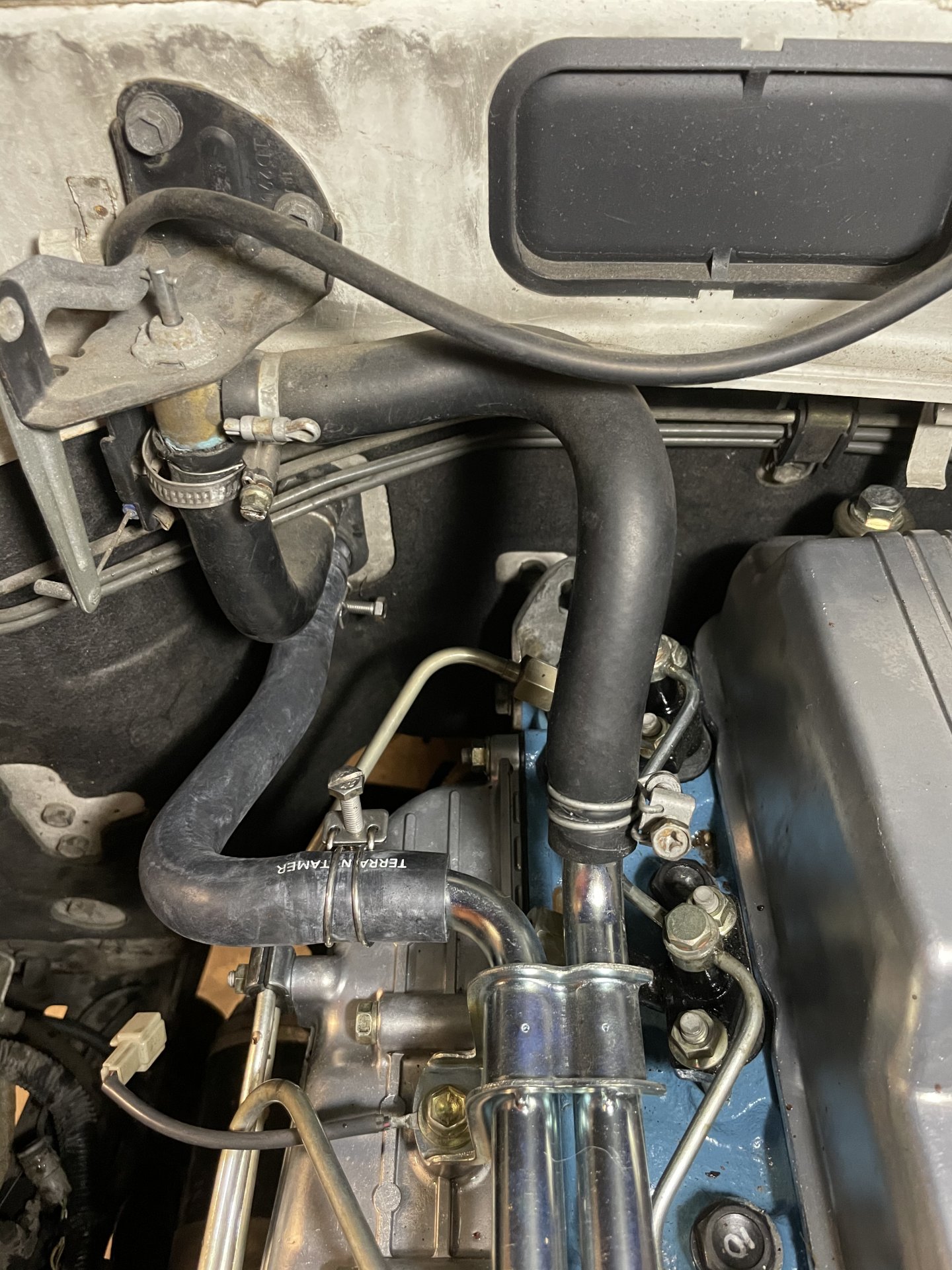 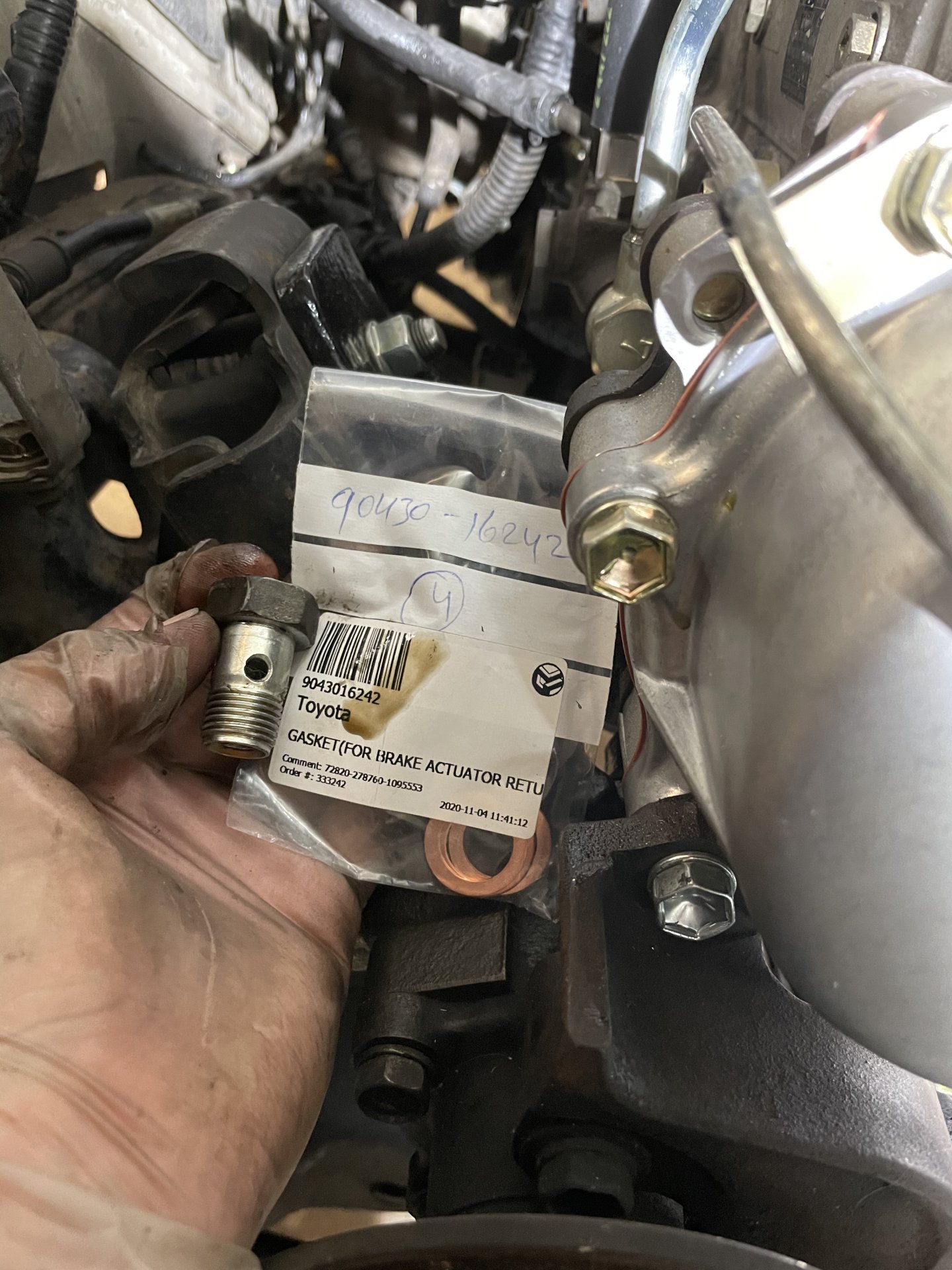 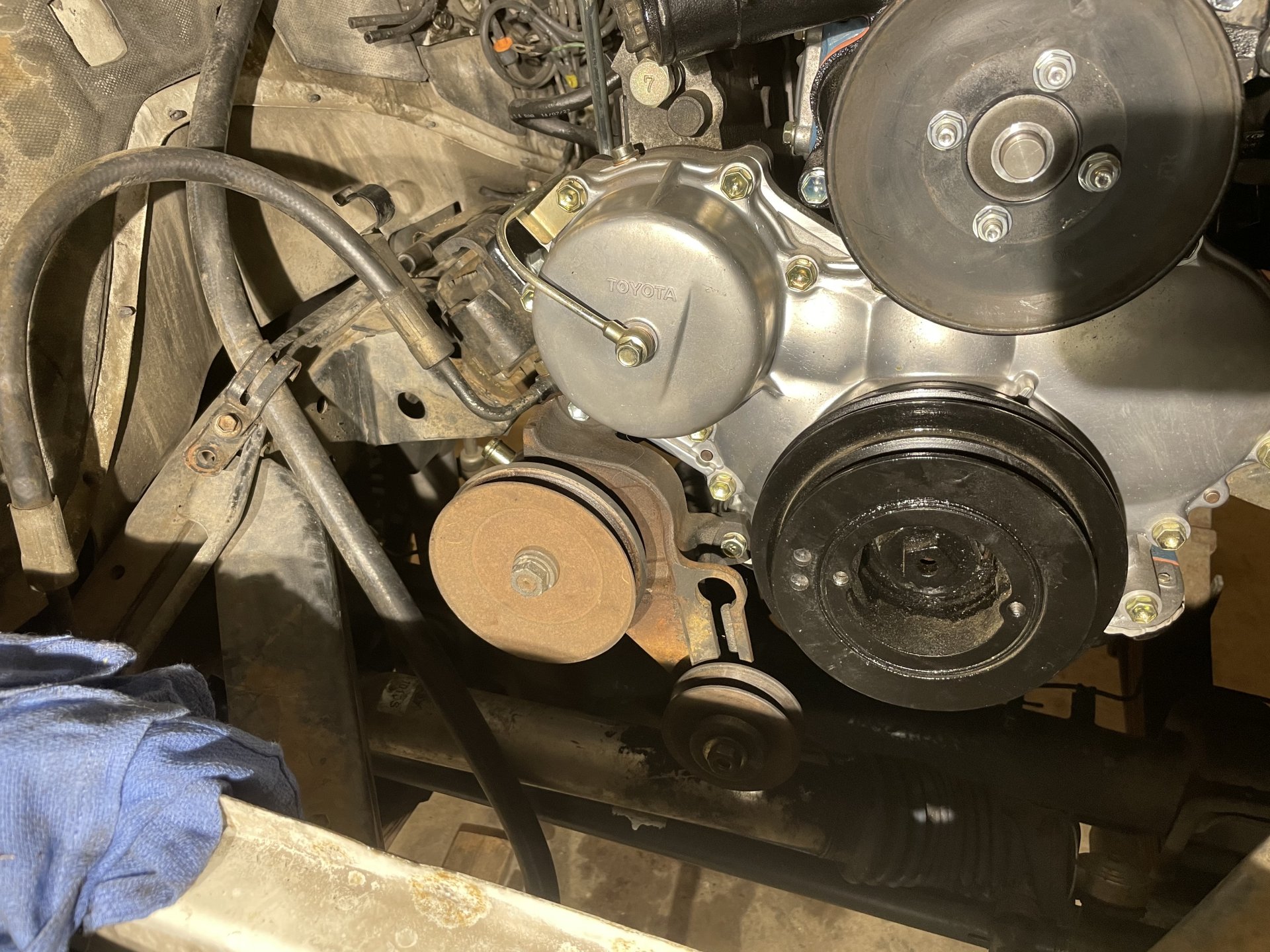 I am officially done. Nate apparently likes to sleep under things that will crush him. 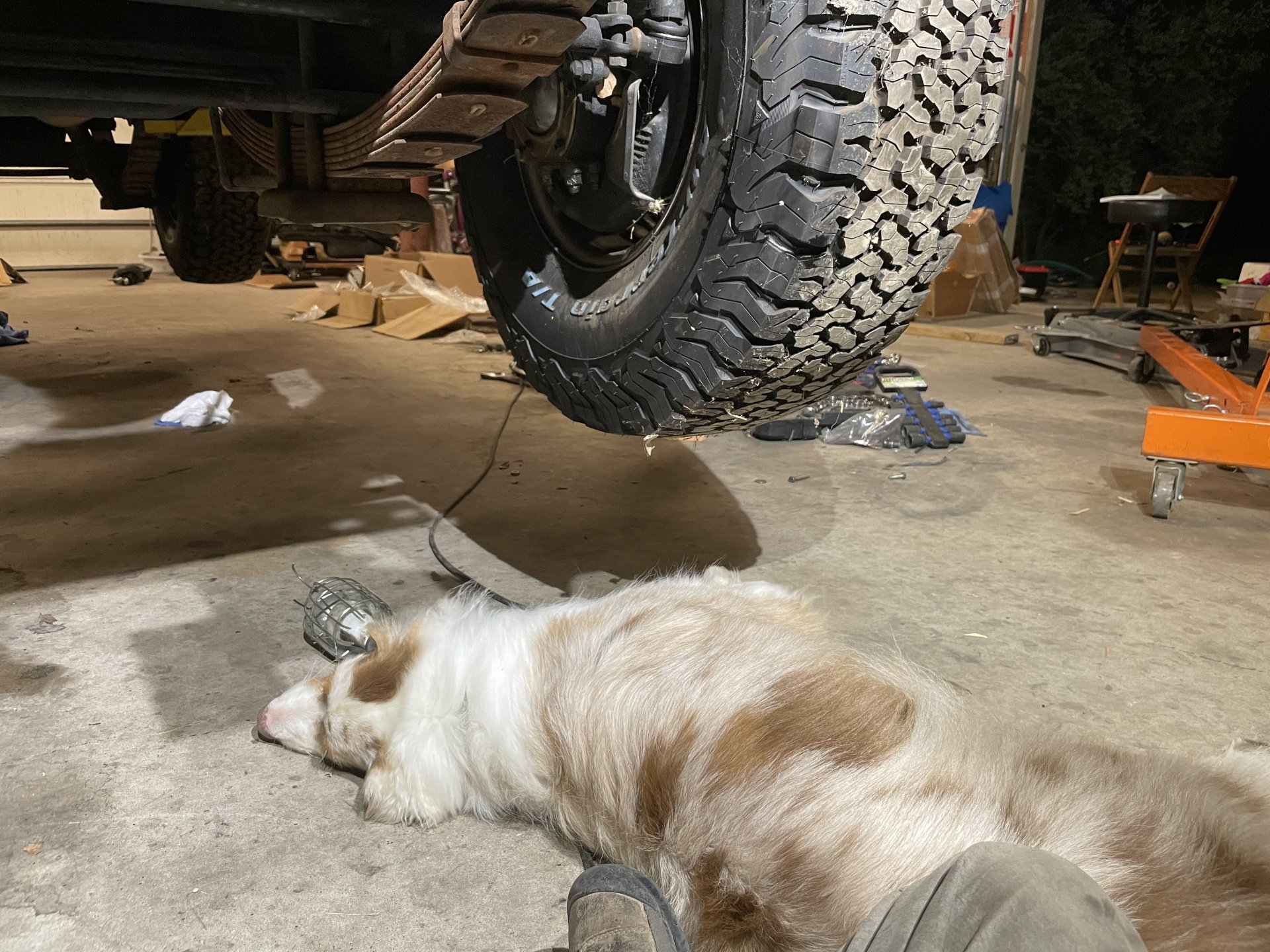 @shanko came over this morning bearing two gifts: coffee and breakfast tacos, but also a running, driving RHD HJ61. After sucking down tacos and coffee, we were able to hook up the fuel lines, the power steering pump, and the mess of electrical and vacuum spaghetti using his running truck and his spare 12HT as a template. It was a total godsend because I did NOT document accurately 2.5 years ago! 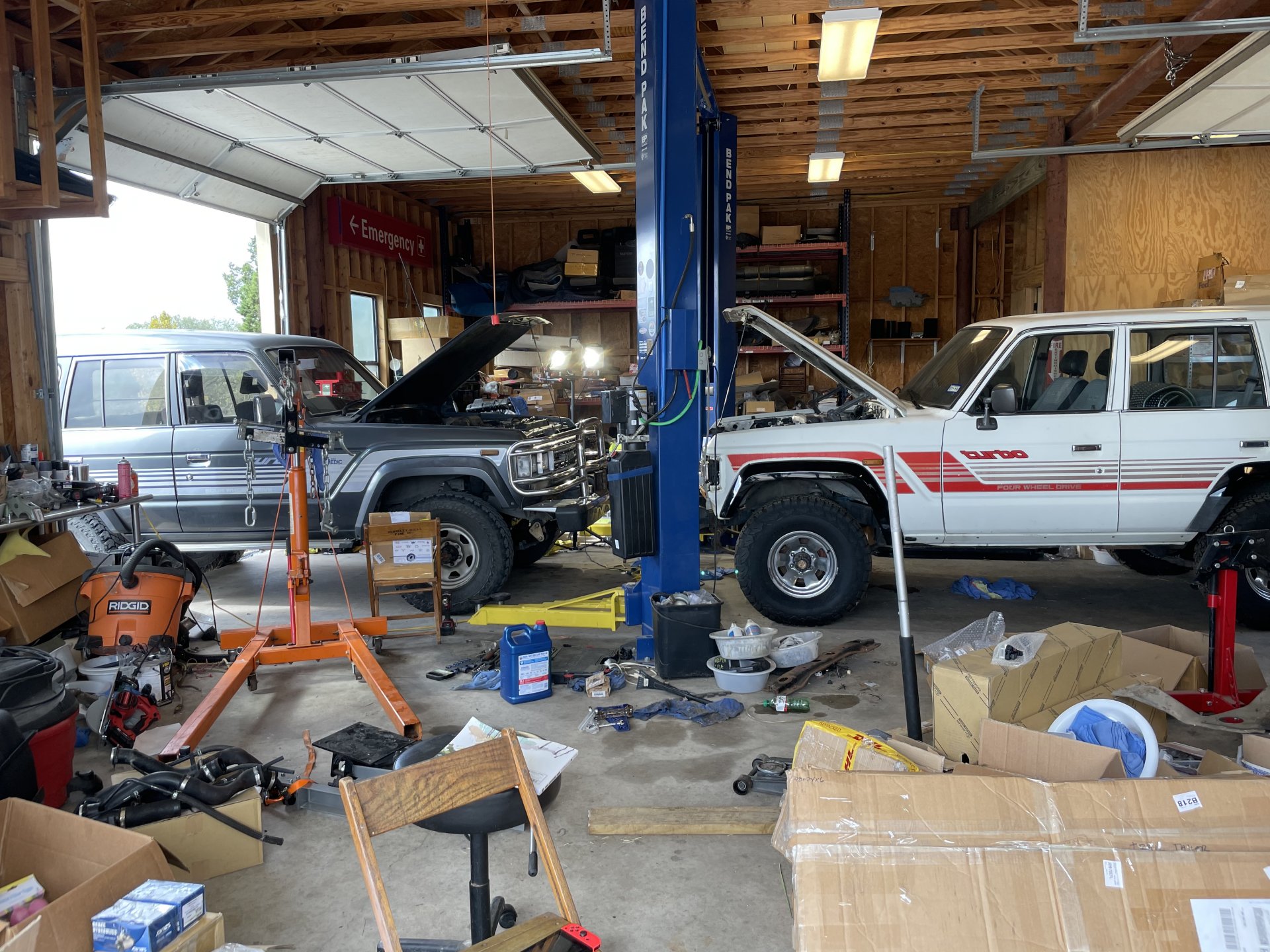 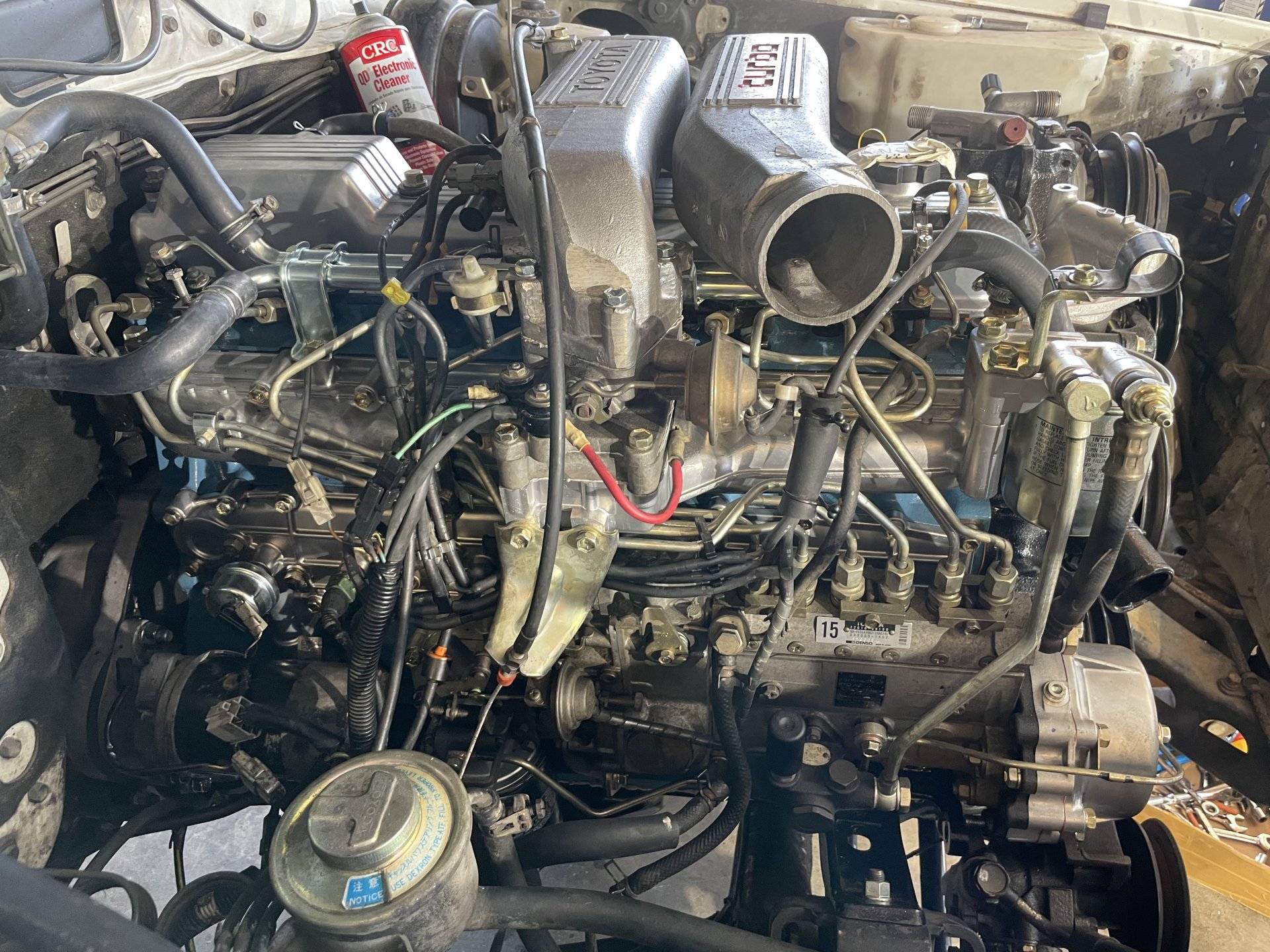 I had a bucketful of belts from 2F and 12HT’s and 1HZ’s that I did not store well. We figured out the proper three. 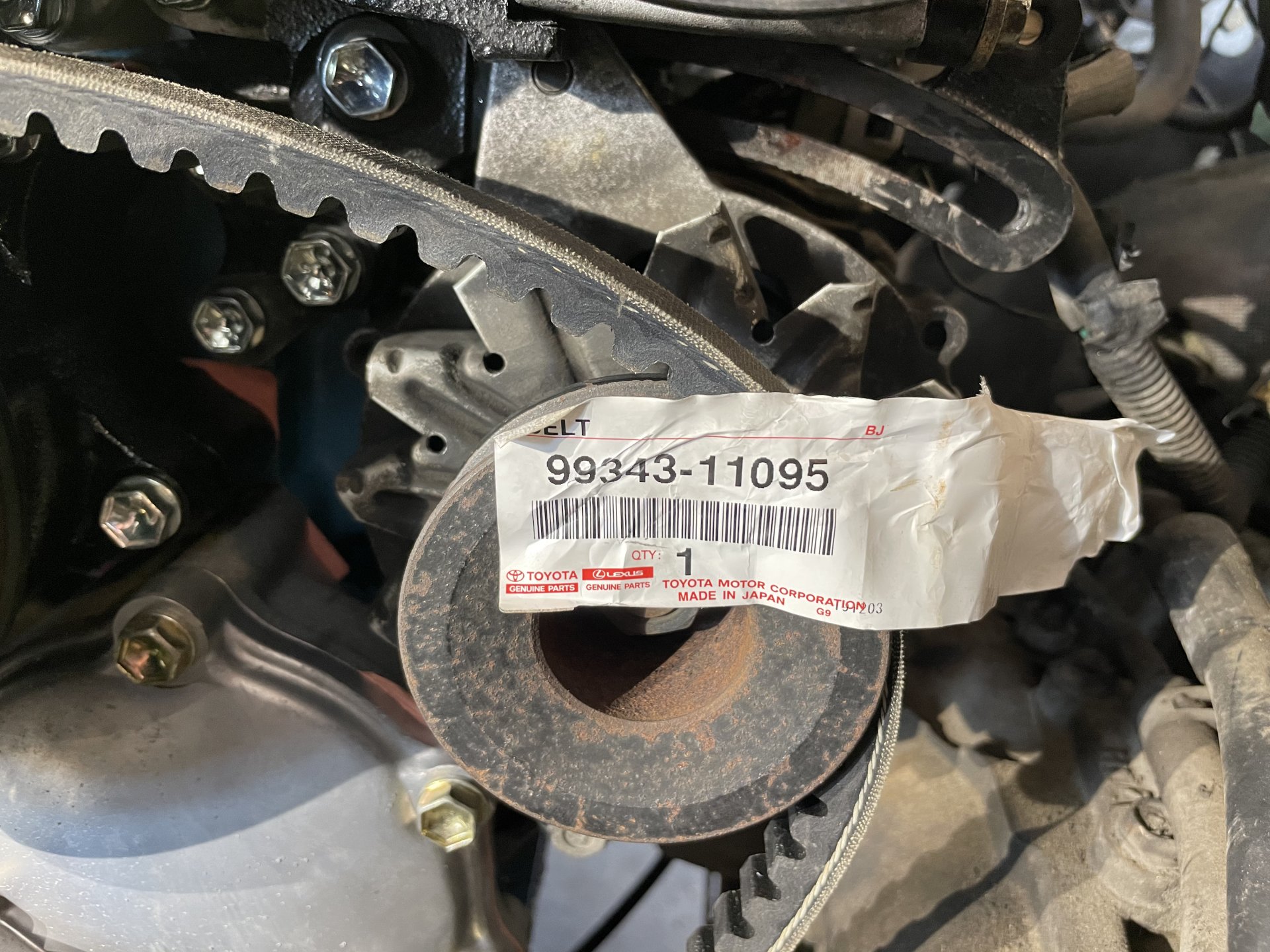 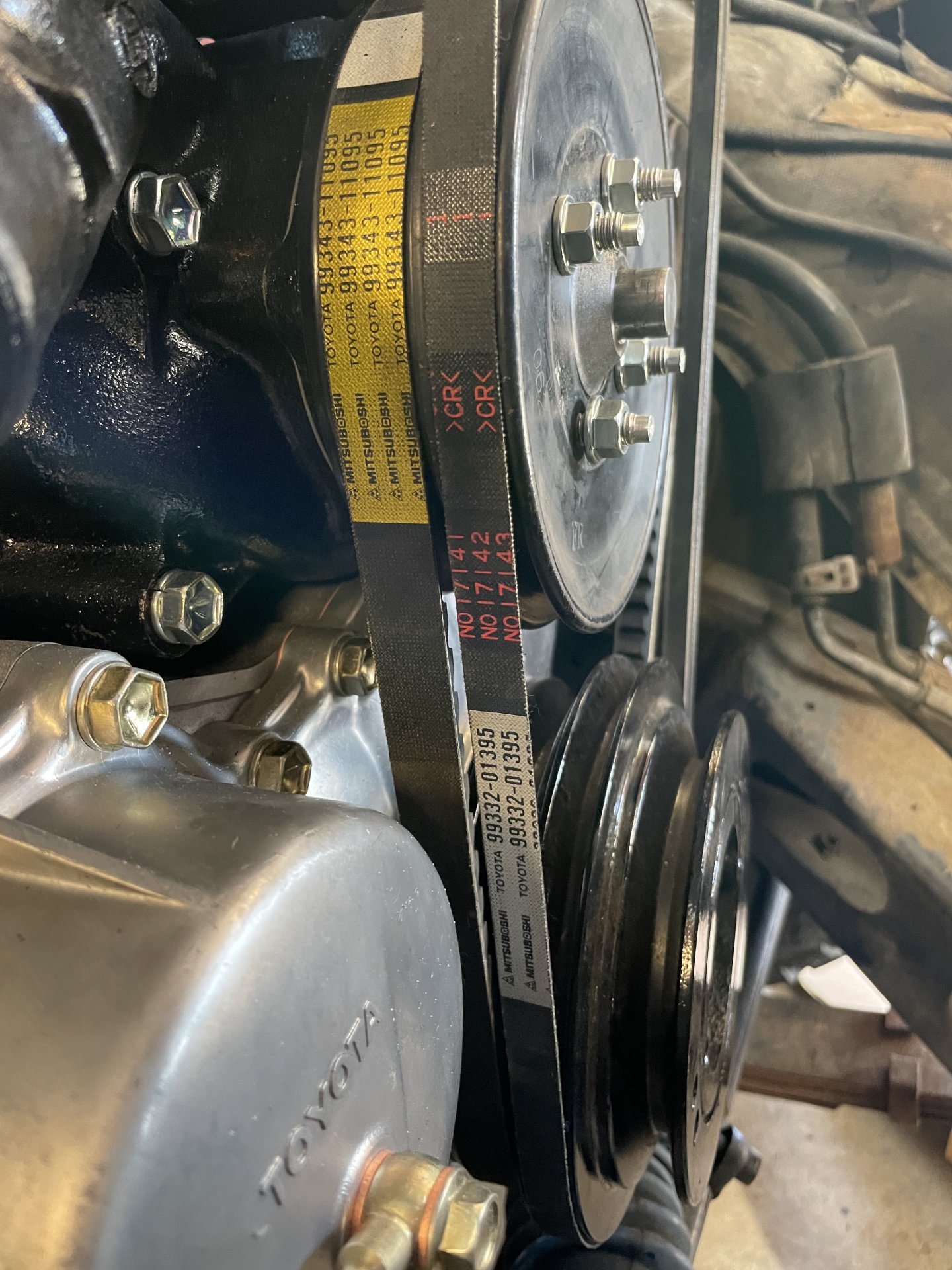 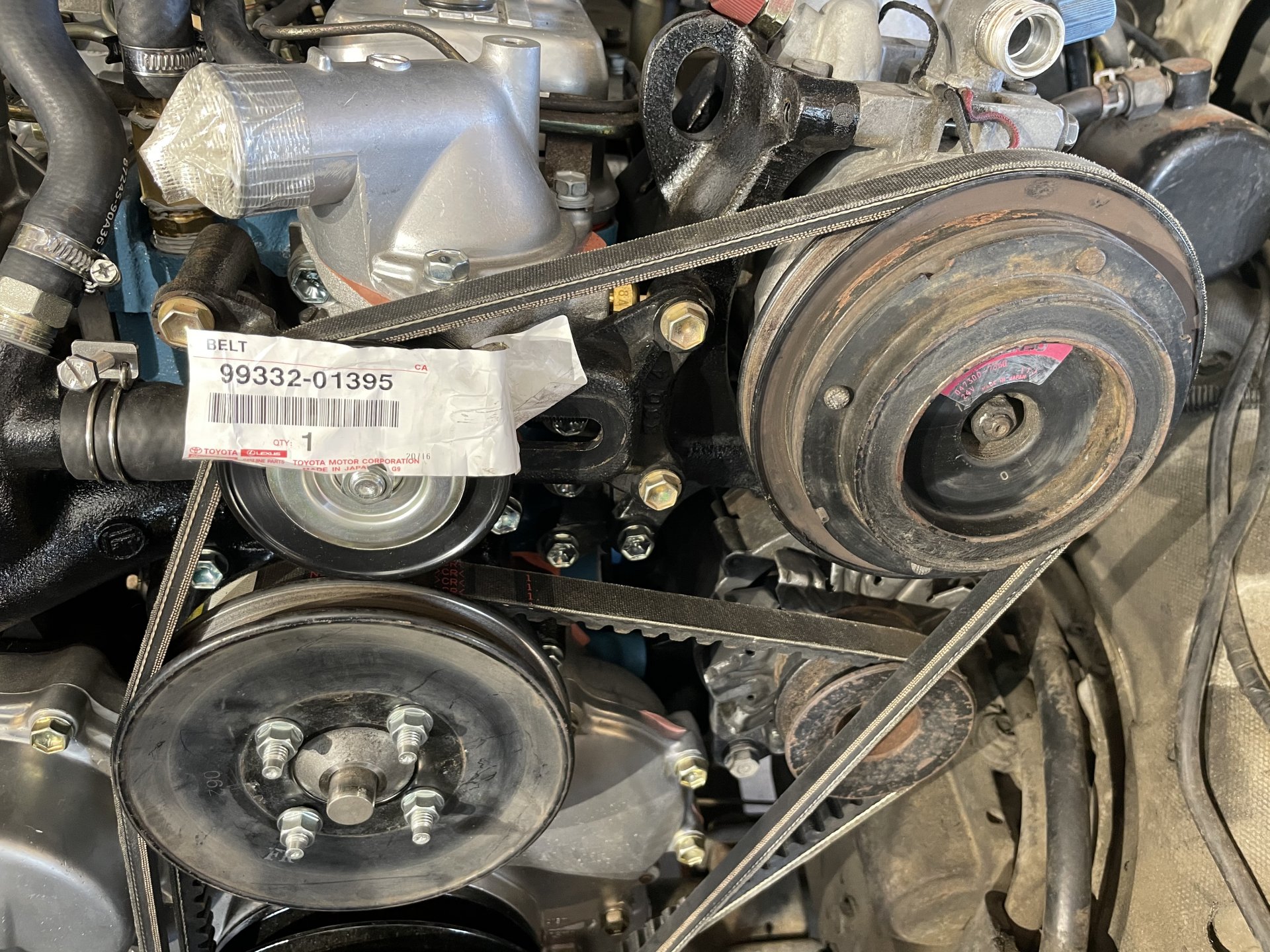 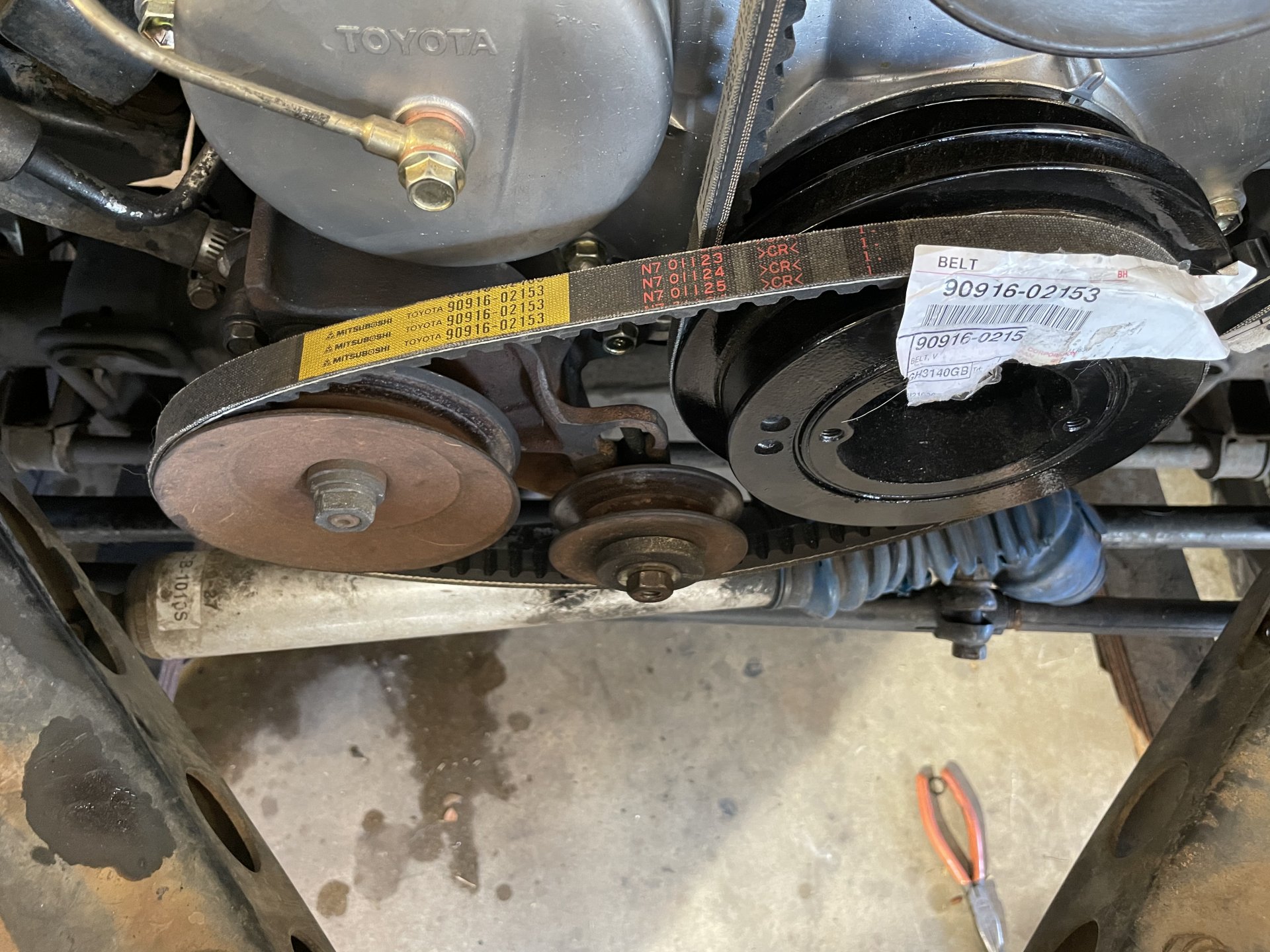 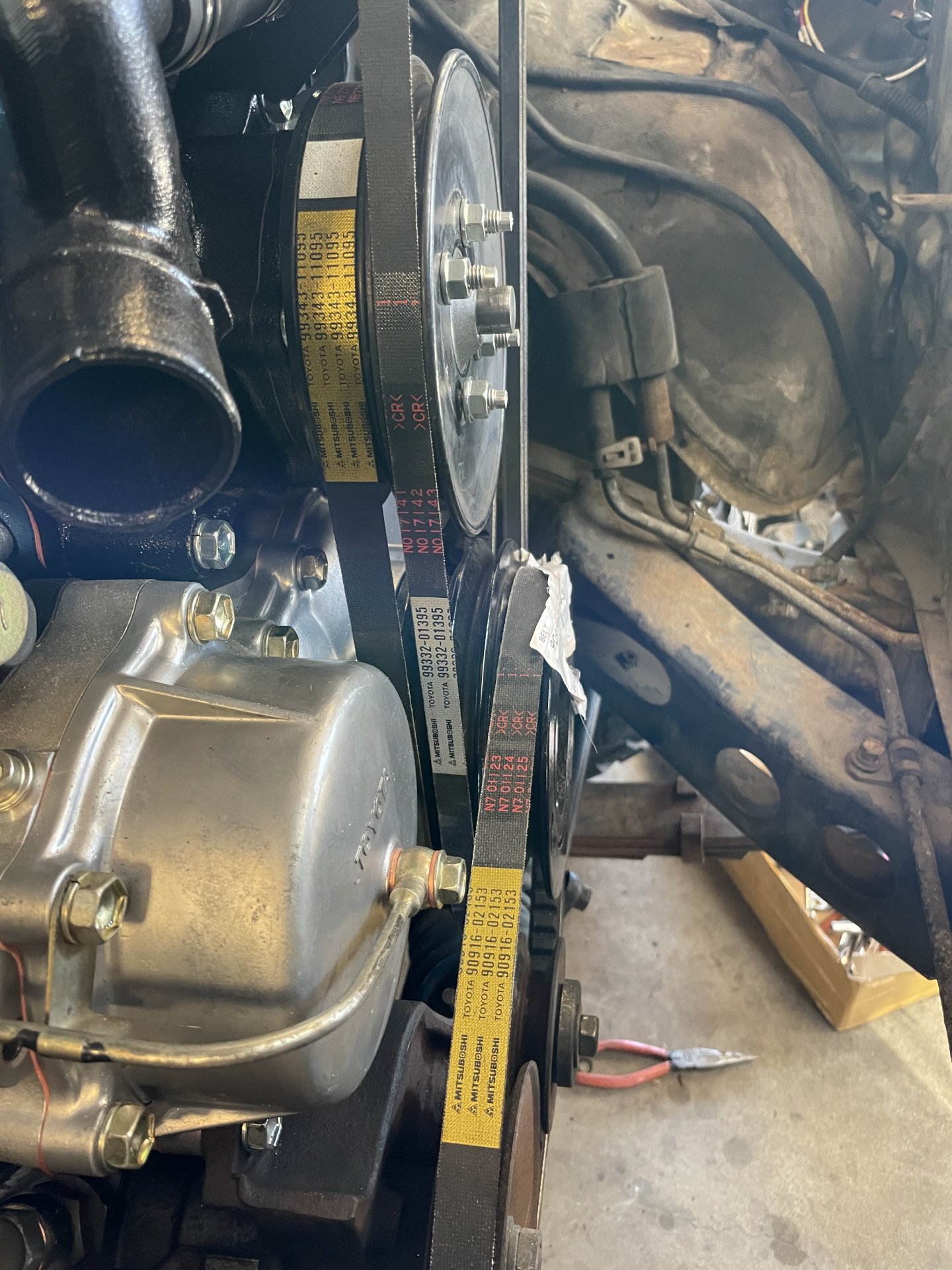 We hooked up the batteries and tried to turn it over as proof of concept...it fired right up but....

...barfed a big pool of oil from the left side. 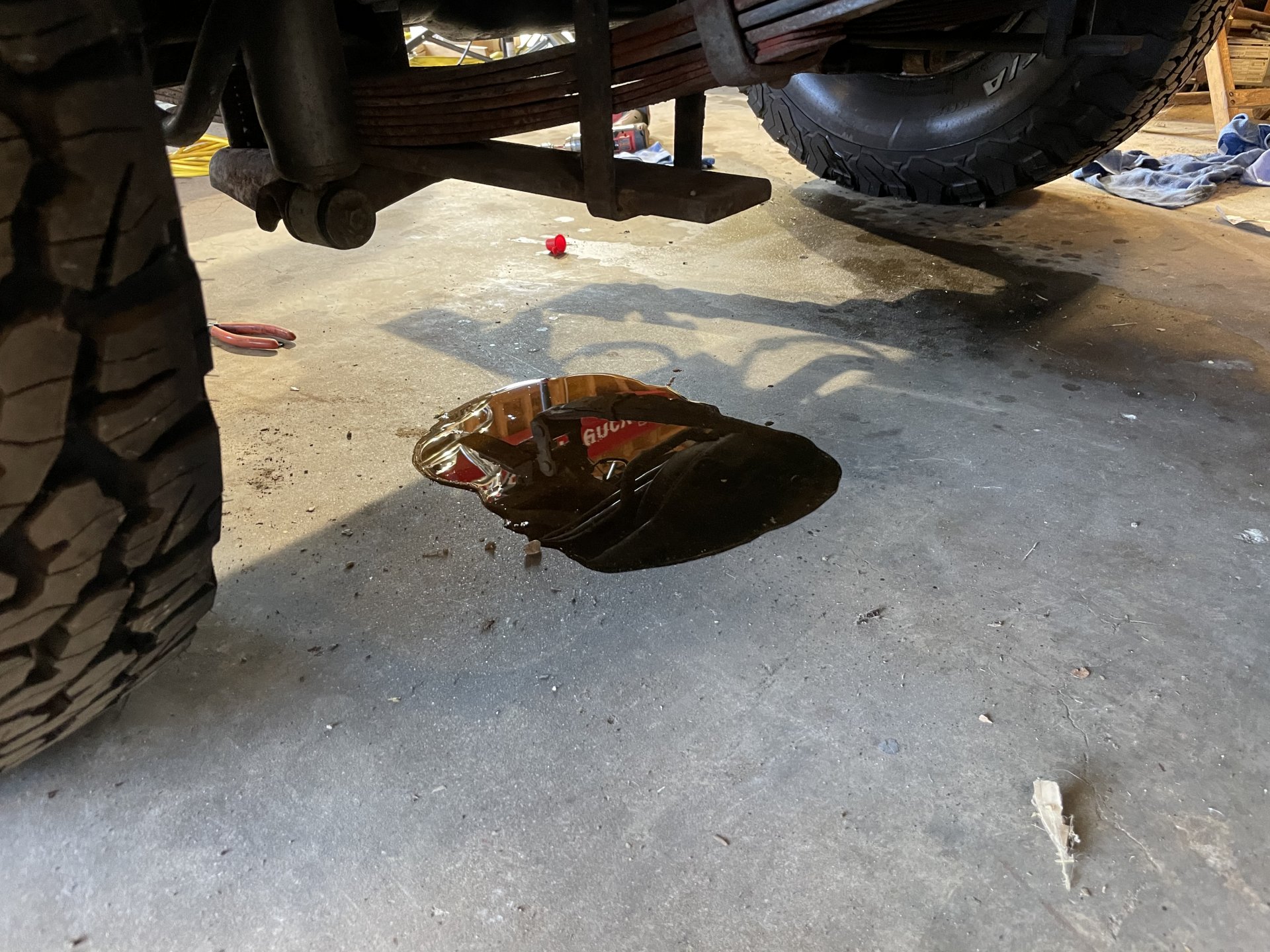 I had to leave for some family stuff (Cub Scouts) but I’m going to go back tonight and see if it’s is (hopefully) just a loose fitting on the turbo oil line or the alternator oil lines. We will see.
Last edited: Nov 8, 2020

I attached the shifter seat to the shifter, and put it into the h55 to make sure that it was in neutral. I had a hard time seating it, and when I removed the shifter, the seat was gone. Fark. I dropped the transmission crossmember while keeping it supported with a jack, and peered down into the shift tower. There it was, sitting on the shifter rails. 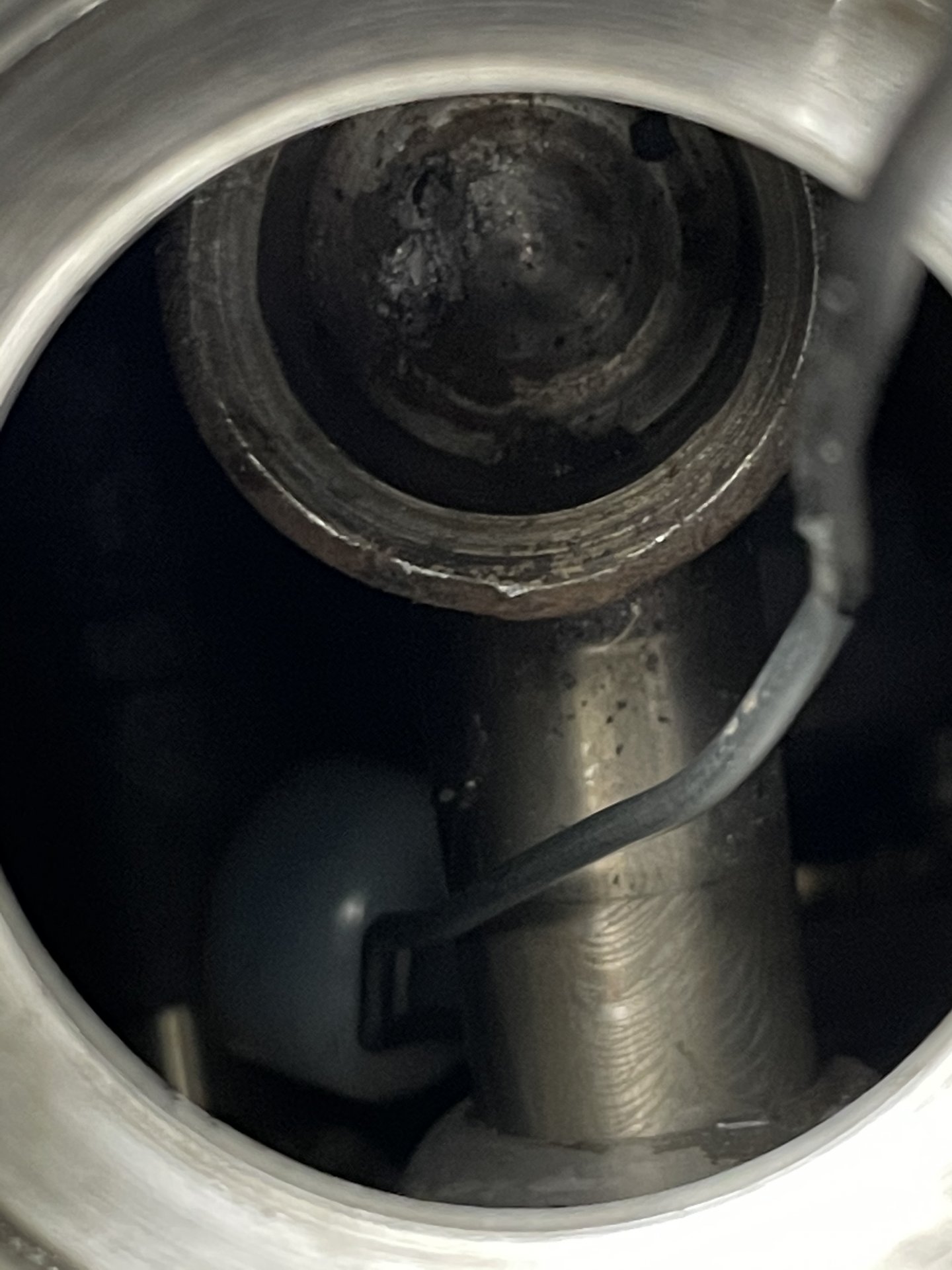 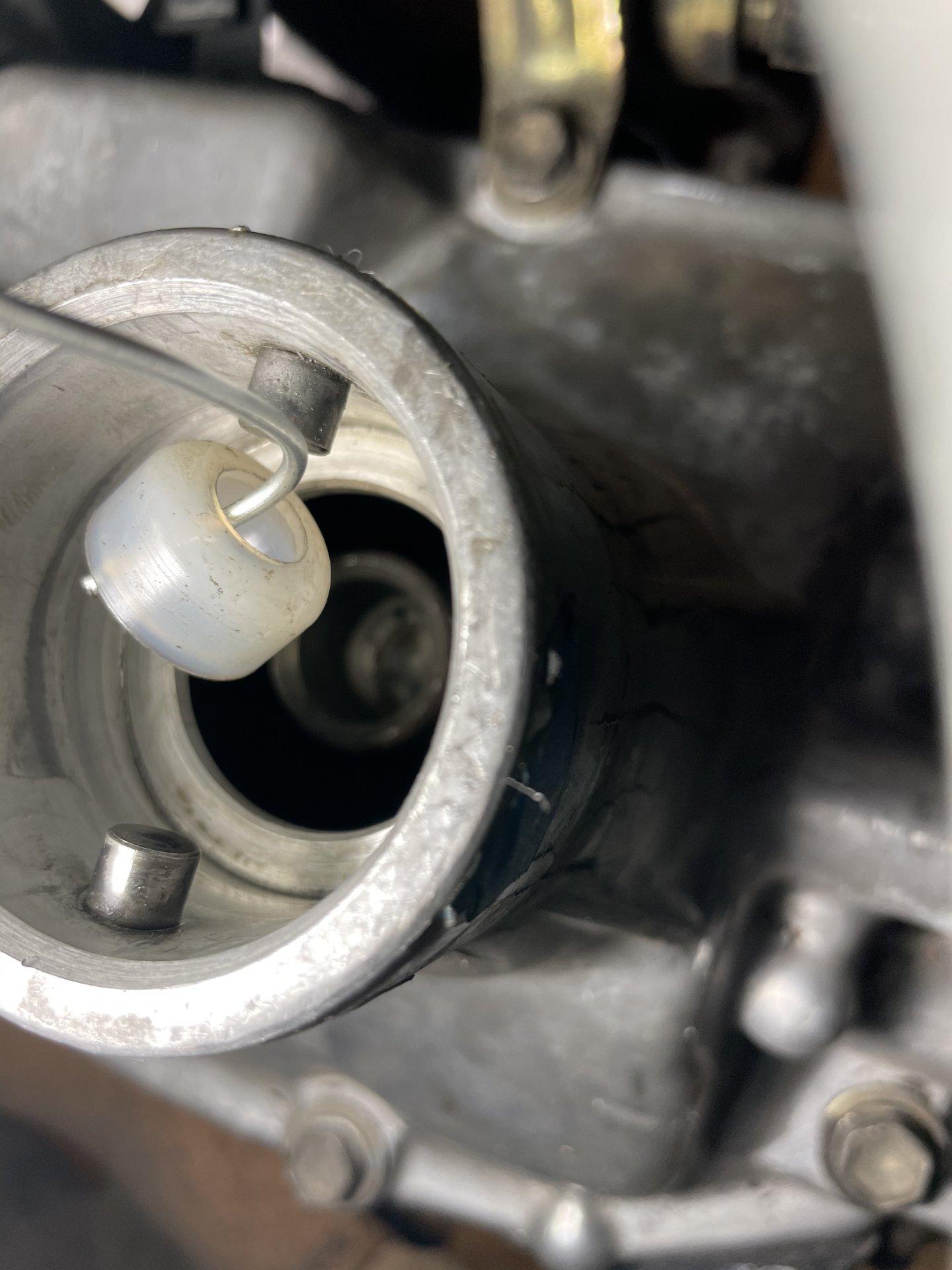 After a lot of manipulation and a little bit of luck, I fished it back out. I snapped it back on the shifter, inserted the shifter again, had trouble seating the shifter in the cup ...and the forking thing fell off again. And this time it was gone for good. That means I am going to have to drop the transmission and t case off the back to get that thing out. 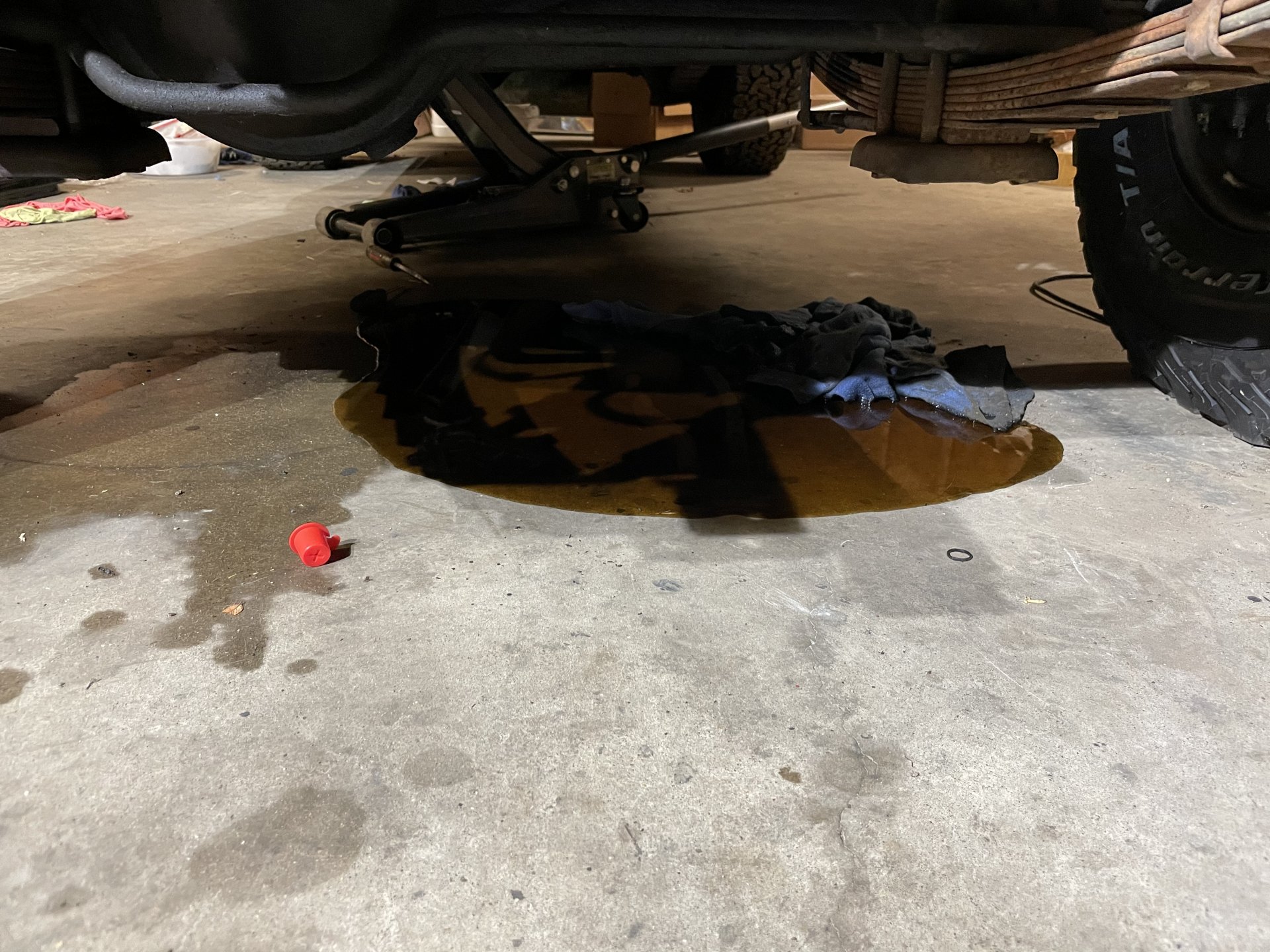 At this point, needing to drop the transmission, and with it being a total pain in the ass to access the turbo and everything on the left side of the motor, I’m just going to yank the whole drivetrain out again. I just don’t have it in me to start tonight. 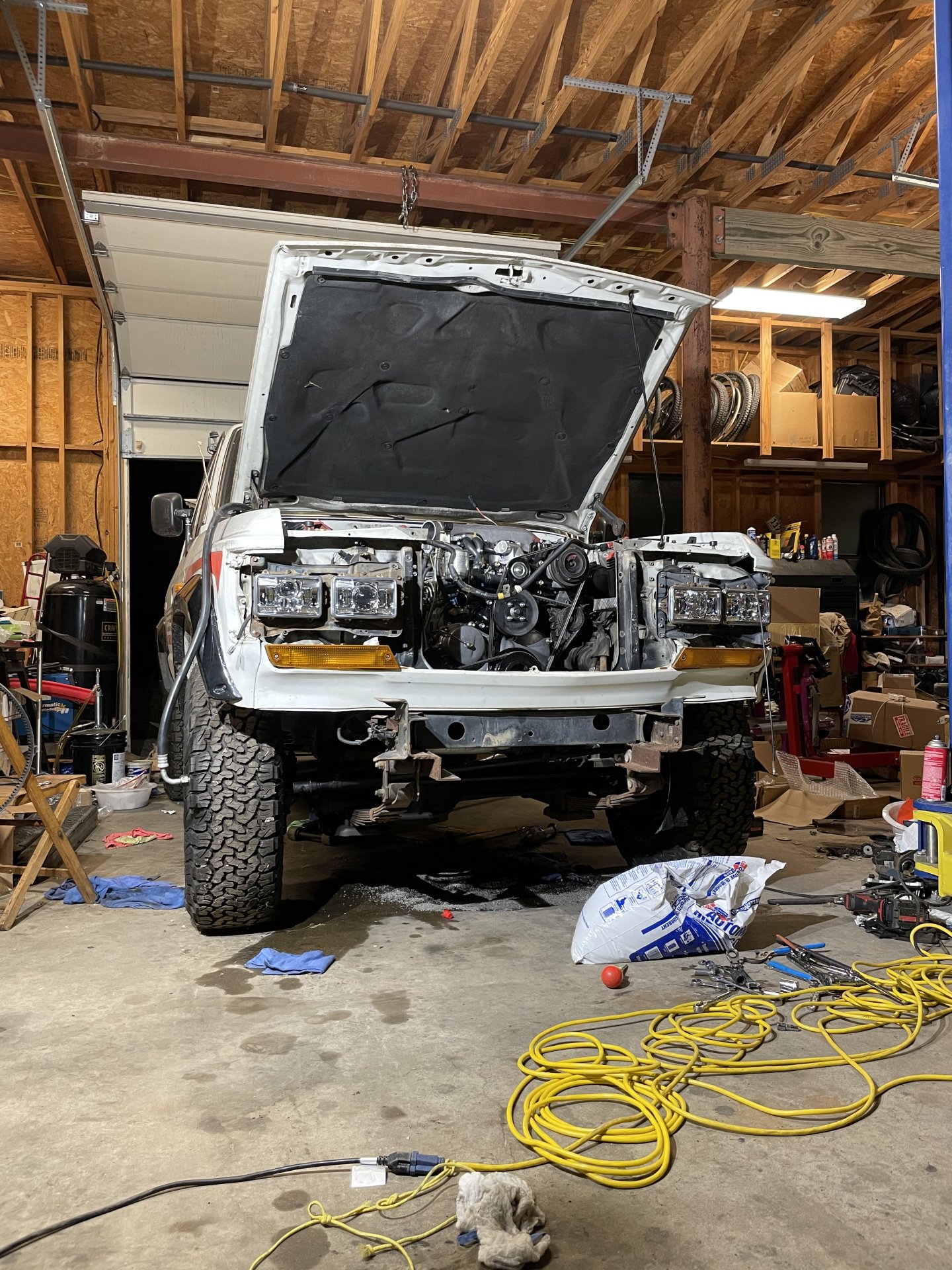 I had a hard time getting my shifter in too with the new cup on the end. At least I assume that the cup stayed in place