I heard this today from someone who works on the psychiatric ward. I have trouble believing it, but I thought I'd share:

A woman with a history of mental illness and several previous suicide attempts got into a bad spot and had decided to kill herself. She actually drew lines on her wrist where she planned to cut. Her husband was away, and she was alone with the dog.

Like I said she drew the lines where she was going to cut, and got a knife. She took the knife in one hand, and was about to place it on her wrist when the dog took her wrist (the one she was planning on cutting) into his mouth and would not let go. He held it gently, but firmly, as if to say "if you're gonna do that, you'll have to kill me first."

The husband came home to find his wife on the bed, crying, with a knife in one hand, and the dog laying next to her.

Apparently, she told him what happened and he relayed it to the intake nurse on the ward.

As I said, I have problems believing it, but I asked several people on the ward about it and they all swear up and down that it's true, since it purportedly happened here very recently.

So, true or not? I don't know, but it definitely has the makings of urban legend.

Surgery rotation is going well, but you won't believe the wierd s*** I hear in the cafeteria.

Weeeelllll. The way you tell the story, the dog was just there with the wife, which is certainly believable. As for the rest of it:

So, I guess we'll never know.

Remind me to tell you about my mom, her dad, and our family German Shepherd when I have more time... 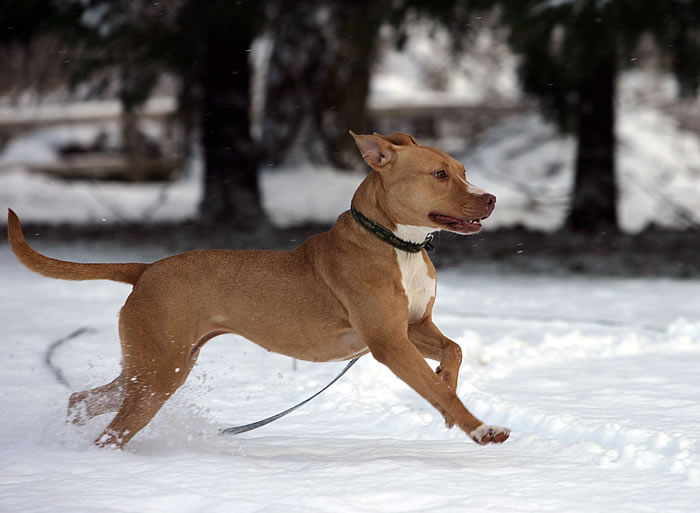 what does woot mean? ;p

about as much as the story --

Its not the kind of story I'm inclined to believe at first, but who can say.

Here's one that I was an eye witness to: My little Sister (about 10 yrs. old at the time) was swimming in the pool at my parents house. She was messing around...and seeing how long she could hold her breath...while I timed her.

She would just relax, and float face down, with her arms out by her side.. until she ran out of air.

Our St. Bernard came around from the side yard and spotted her in the water. He immediately went to the steps, paddled out about 8-10 ft. where she was and grabbed her by the hair with his mouth. Naturally, this startled my sister and she raised her head. I was pretty amazed, because "Baron" would never go to the pool... for any reason other than to drink. It was clear to me, that his intention was to check on her.

To some, it would sound every bit as suspicious as the story you cited. But I witnessed the entire thing from no more than 10 feet! My Sister (now almost 40) still recounts the story from time to time.

erics-bruisers,That is a great shot of one of the nicest looking Pits I've ever seen.

IDave said:
Weeeelllll. The way you tell the story, the dog was just there with the wife, which is certainly believable. As for the rest of it:

So, I guess we'll never know.
Click to expand...

I think you should run for surgeon general.

74fjsemistock said:
erics-bruisers,That is a great shot of one of the nicest looking Pits I've ever seen.
Click to expand...

flintknapper said:
My little Sister (about 10 yrs. old at the time) was swimming in the pool at my parents house. ...Our St. Bernard came around from the side yard and spotted her in the water. He immediately went to the steps, paddled out about 8-10 ft. where she was and grabbed her by the hair with his mouth. Naturally, this startled my sister and she raised her head.
Click to expand...

I was remembering just such an occurence. When I was maybe 12-years-old, my dad had a giant schnauzer we'd have to lock inside whenever my brother(8 at the time) and I went swimming in the pool. If Thief(the dog) was out and saw us swimming, he'd jump in, grab us by the arm and swim us over to the steps. He'd then let go and just sit there. When we tried to swim away, he'd just repeat the "life-saving" technique.
I sort of see it with my current Golden. Last month, I was out of town so my fiance and her friend stayed here alone. Apparently Straw(my dog) took it upon himself to be on patrol. He took shifts sleeping between our master bedroom and the guest bedroom where our female friend was sleeping for a whole week while I was away. Every hour switching back and forth, back and forth. Would growl at little noises which he usually never does if I'm around. Pretty neat. I love my mutt.

That pit is looking for an arm to chew on.

I think you should run for surgeon general.

74fjsemistock said:
erics-bruisers,That is a great shot of one of the nicest looking Pits I've ever seen.
Click to expand...

My wif's boss hit a tree last year sking and really f#@ked up his head. He has seisures without notice quite a bit even with medication. He was walking his Golden Saturday night had a seisure, fell and rolled down a slope into a shallow creek, his right side submerged and lost concienceness. He was there for more than an hour and the dog never left his side and kept licking his face. Eventually the slobering dog woke him and he crawled to the road to summon help. He is in intensive care with mild frostbite on his right side extremities and face as well as his left hand and was suffering from a good dose of hypothermia. No loss of limb. The dog definately saved his life by staying there and trying to bring him to.

We had a family GSD. My grandpa loved him, used to bring him treats all the time, take him for walks.

Grandpa was also an exuberant story teller, lots of hand gestures and profanity. So one day he is telling a story and smacks my mom (his daughter) on the leg. Chief, the Shepherd, all of the sudden had grandpa's wrist in his mouth. No one saw him move across the room and grab grandpa - all of the sudden he had his mouth around my grandpa's wrist and was looking at him like "You're move"...

Instead of bringing treats, my grandpa started bringing steak for Chief. He knew his daughter would always be safe.

My Shepherd used to check on everyone when they slept. He would walk around and touch them with his nose. If friends brought babies over, they had to leave the door open while the baby slept. He would get really upset if he could not check on a sleeping baby...

Dude, beautiful dogs, I love that site... all the power to ya man.

i would say i can beleive it... dogs really are your best friends and will protect you if they can.

feel sorry for the lady, it must suck to be that depressed...
cheers

Poltergeist, you are going to see and hear many more crazy stories during your rotations. Write them down, and at the end of your training you will be amazed. I kept a little notebook in my pocket during residency and every time I heard a funny quote by an attending or patient, I would jot it down. When I finished my program I wrote a little desktop publishing type article and passed it down to the next chief resident. Now, ten years later, I'll be at a conference and someone will come up and tell me it's still being passed down and added to. Not to highjack but....
Doctor;"How did you get this burn?".
Patient;"I burned myself."
Doctor;"I realize that, but how did it occur?"
Patient;"I burned myself."
Doctor (now annoyed);"How exactly did you burn yourself?"
Patient;"I took a cigarette and I burned myself. Why is that so hard to understand?"
I think IDave's quote would have made the list.

ER's and Psych Hospitals are proably the source of most urban legends.

This is a fantastic Dog Story

An this Related story

Makes you glad to live in the US where you only need to worry about being mauled by packs of rabid pitbulls.

Ref flintknapper's story, the Saint Bernard's rescue instincts are pretty well known. A pitbull would have seen the same thing and thought "Mmmmmm ... Soup".
You must log in or register to reply here.