Haha you know about the accumulator and master cylinder failures! Very true and they make me even more nervous than my 80 brakes. On the hundy i found a huge puddle under the vehicle and after research learned that apparently once you get the warning you have one stop and no more left in the system. Sound terrifying. When my 80 booster went i just had really hard brakes that kept working.

The LX470 is an incredible travel car with off road capabilities

The 80 is incredible off road with the ability to get you anywhere in style
LandCruiserProducts.com

Heckraiser said:
I've always been a 100-series naysayer mainly because it is the heaviest vehicle of the many that Toyota gave the 2UZ (in some cases by a wide margin). My thought process was always if you want a V8 yota, get a 4G 4runner, GX, even a Tundra. I guess power, or rather, power to weight always played heavy in mind. 2UZ is a great motor, but not a powerful one. More like a modest incremental improvement over the 1fz.

I did drive a 100 for the first time last summer (I had driven all variants of 4runner, GX, Tundra previously), and I have to say it did give me good cruiser vibes. More so than I was expecting and much more so than a 200 LC or my current LX570. I think if you expect it to behave like a Land Cruiser (i.e. slow and solid), it does the job quite nicely. If you want it to behave like a more modern vehicle, it just doesn't have the power or transmission refinement. But reflecting on it now, I think I would prefer a 100 over a 200 if towing didn't enter the equation. Even the mundane 100 looks have really grown on me over time. Maybe it's just because I'm getting old and obviously 100 is an old man car.

What year 100 did you drive. The newer 5spd models definitely feel more refined than the 90s 4spd. I got a LS430 and GS430 and the LX is almost right there with them in terms of refinement. I do think it’s the quietest Lexus we own, highway speeds especially.
2007 LX470 Classic Silver

Agree that the LX is an amazing ride. I was surprised by the one I test drove and have only driven a few cars that compare in terms of overall quality feel.

I went with the 80 because of it's relative simplicity and acceptable comfort levels. As much as I love how the AHC rides, the V8 pulls, etc. etc. my LC is a long term vehicle that I do all of the work on. The 80 seems better in terms of DIY maintenance and overall operating costs long term in my opinion. I'm hoping the 80 will be easier to keep going in the electric, unpredictable future than a 100, but time will tell and there's usually a way to keep something rolling regardless.
Last edited: Jun 8, 2022
'97 FZJ80

I have had both for quite a while. I own a 95 80 series which I have had since 97 and a 07 100 which I have had since 09. The 100 series is a much nicer vehicle unless you are doing serious wheeling. I only use my 80 series for wheeling and hunting. As far as reliability, I'd go with the 80 for off-roading over anything else on the road but it doesn't match the 100 series for everyday driving in any way.
95 FZJ ARB Delux w/M12K winch, PIAA 520s, 25" light bar, hand throttle, Slee rear w/double swing outs, ladder, can carrier, tow hitch, MetalTech Sliders, IPOR Skid Plate, Slee 4 " lift, Toyo MT 315, 4.88 Nitros, 3x Locked, Snorked, Ext. breathers, Bluesea Fuse Box, Blue fan clutch, Powerstop rotors, Uniden CB, Clifford Security, Ft Knox Safe, Ram Mount - iPad, Phone & GPS, BH3D cup holders, Custom Drawers, Ultra ScanGauge II, armrest, prop rod, shifter extension

Many great perspectives in this thread. I'm proud of the 80 owners not slamming the 100 series at every turn. I've owned both for many thousands of miles and have modded well over 20 of each example, from stock to fully built. My wife loves my 80, but she demands that I add another 100 to our fleet again because that was her favorite vehicle by a wide margin. The comfort level of the 100 in daily commuting and long travels are bar none better than almost any Toyota SUV ever made. I would be very wary of spending the coin to move up to a 200 series as you run into EXTREME levels of complexity (dealer repairs) and electrical issues that can require thousands of dollars to address eventual maintenance items on a 200. As it was said before the 2UZ V8 is sublime and simple (outside of the starter placement) and has very few items to address as time goes on. The 1FZ in comparison is a total mess when it comes to normal maintenance (oil leaks/coolant items).

Also something to be aware of in the choices of Toyota vehicle would be rust. A 100 series rusts much faster and worse than a comparable 80 series. It seems that rust progressively gets worse with Toyotas as they release newer models from the 80. While the 80 may have surface level rust, the same mileage 100 will have a rotted frame and AHC will have left the chat. Just my .02 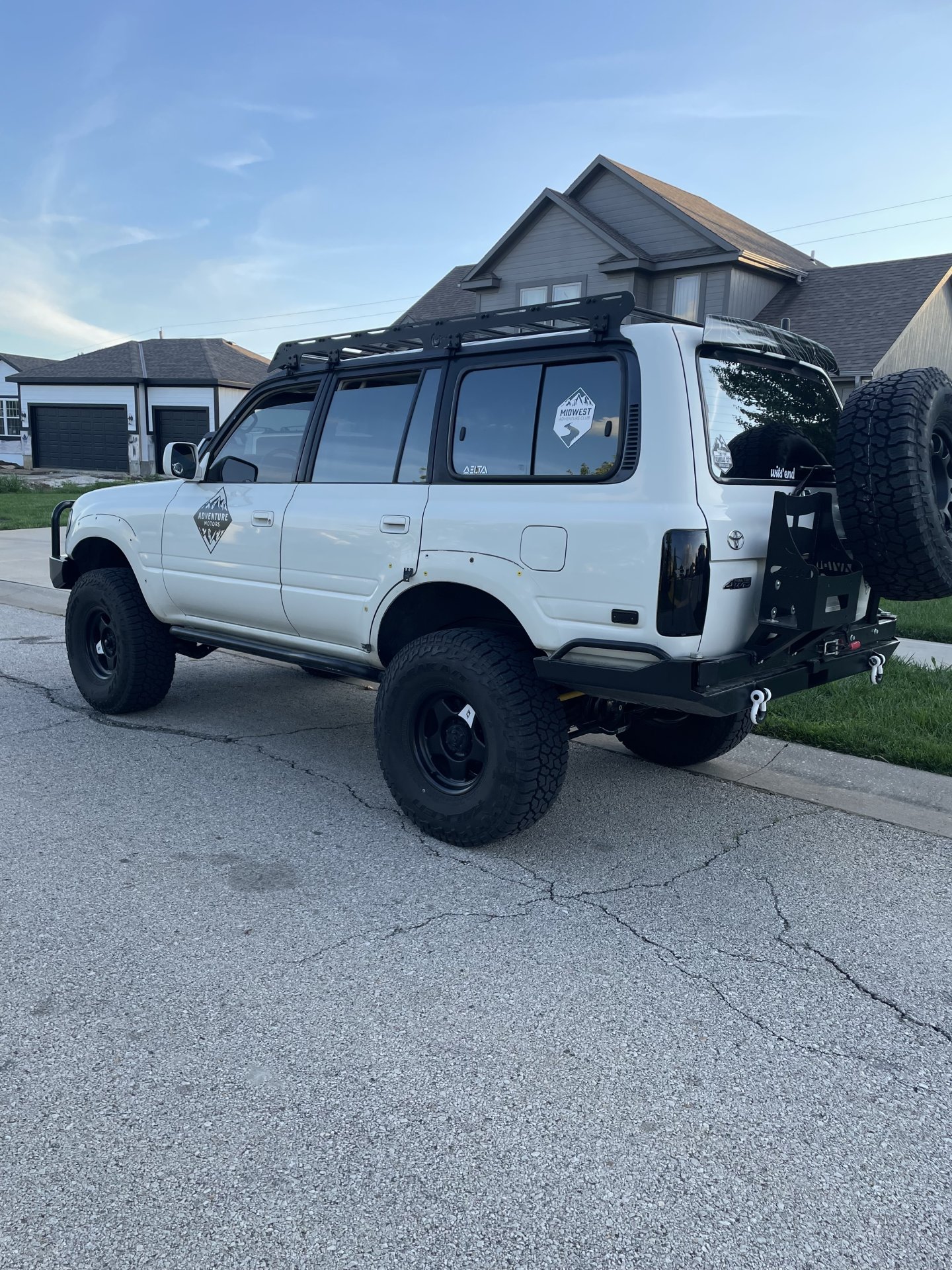 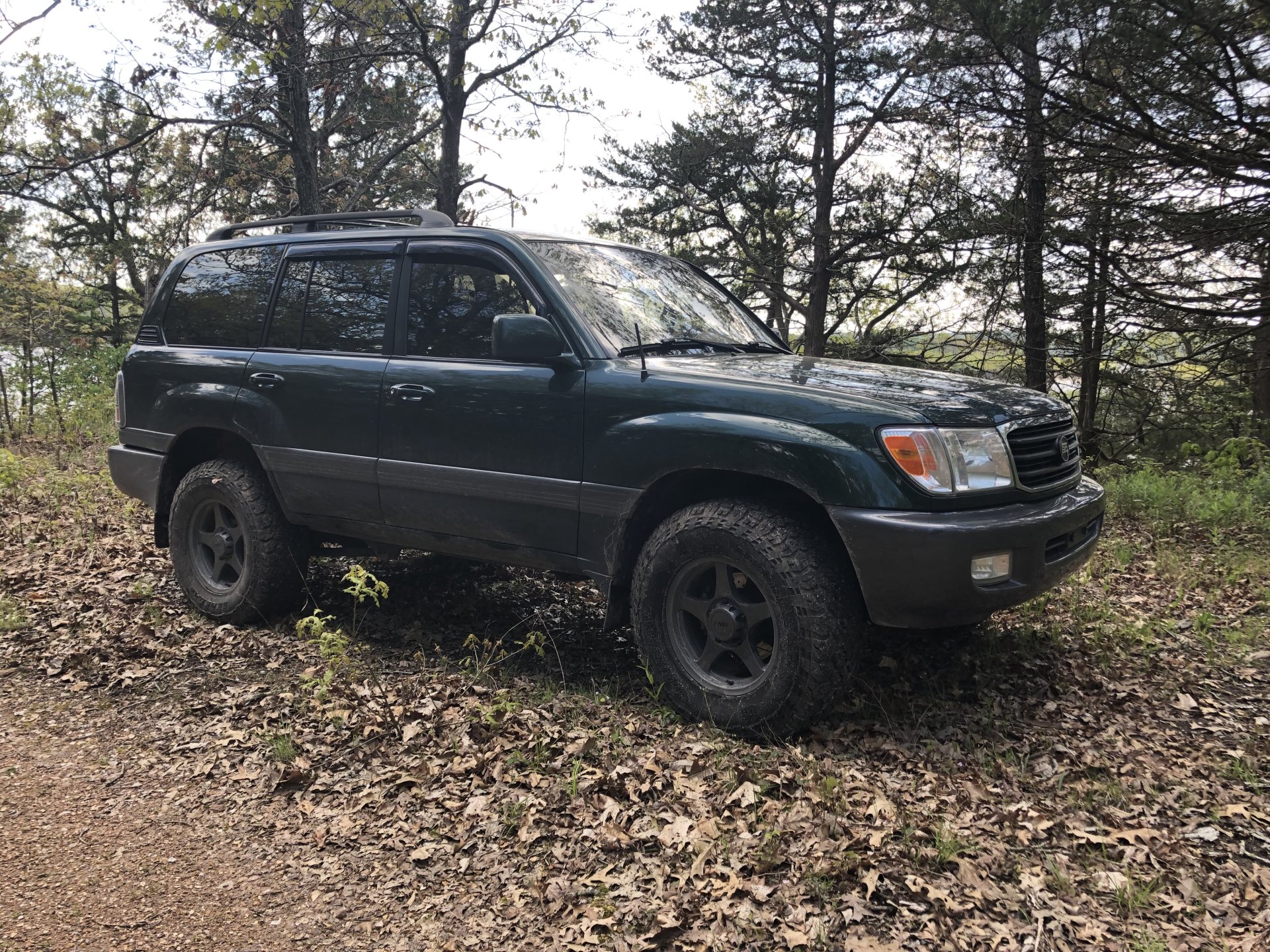 It's fun to joke about 100 series owners but I am starting to like them more and more as time goes on. They still feel a bit sterile though.
'97 LX
'75 fj40

@Bludozer I always joke about my Subaru (100 series not lifted) but the rear locker in this rig makes short work of obstacles and it is stupid comfortable. I have kept skinny tires on the 100 and it way more peppy that others rigs with big floaters. The 80 is bar-none my favorite vehicle to date though. I am firmly in the own “ALL OF THEM” camp when it comes to Land Cruisers. I ain’t none too smart but I gets around well.
"Georgine" 2UZ-FE 1999 Land Cruiser Georgine. The poster child for ongoing maintenance. 1999
“Lucille” 2003 GX470