AntFarm said:
Agreed. A Swiss friend of mine did a continuous 9 Year trip around the world in his 70 series troopy. Literally drove the backroads through almost every country in the world. He used a tall skinny E rated mud terrain (actually went through 4 sets of them) for one reason only. “You don’t want to be stranded in the middle of Inner Mongolia or Kazakhstan 300 miles from the next village.” Upon returning to North America after that epic adventure he was shocked at how many mud terrains were driving down the paved streets in the most developed country in the world. He couldn’t wait to trade back to an A/T!
Click to expand...

BROKEROB1 said:
If you’re running the same size, would it make sense to move your two best tires from the 40 to the trailer?
Click to expand...


Ya. I may do that. I still have a decent amount of tread on them. Problem is they are getting some pretty good cracks in them. I had wanted to get all new tires but wowy! Tires have really jumped in price over the last couple years.

Ya. I kinda wanted the tire and wheels to all match so they could be interchangeable. Thought it might be handy for the trail. Looks is also a consideration on that. But may not be worth it. Trailer currently has old old BFG ATs in a 31x10.50. They need replaced as well. They've got to be at least 20 years old.

I'm starting to consider just putting a set of the BFG ATs on there. Anyone got a pic of a 40 sitting on some 33x10.50s?

Kenda has some newer Klever R/T's etc. and sizes (33x9.5's) that are maybe worth checking out as well. Never tried any of them, but I've heard good things.

I have these on my 80 and so far they are fantastic, balance really well and are dead quiet. They were fine in our ice/snow week last Feb and are fine in the rain. I haven't really tested them heavily off-road or aired them way down yet, just day trips and they seem fine so far. I don't think they make them to fit my 40 on its stock steelies though. I have 33x10.50x15' KM2's on the 40, they have been surprisingly nice but are getting old so I will need to shop for new at some point in time. 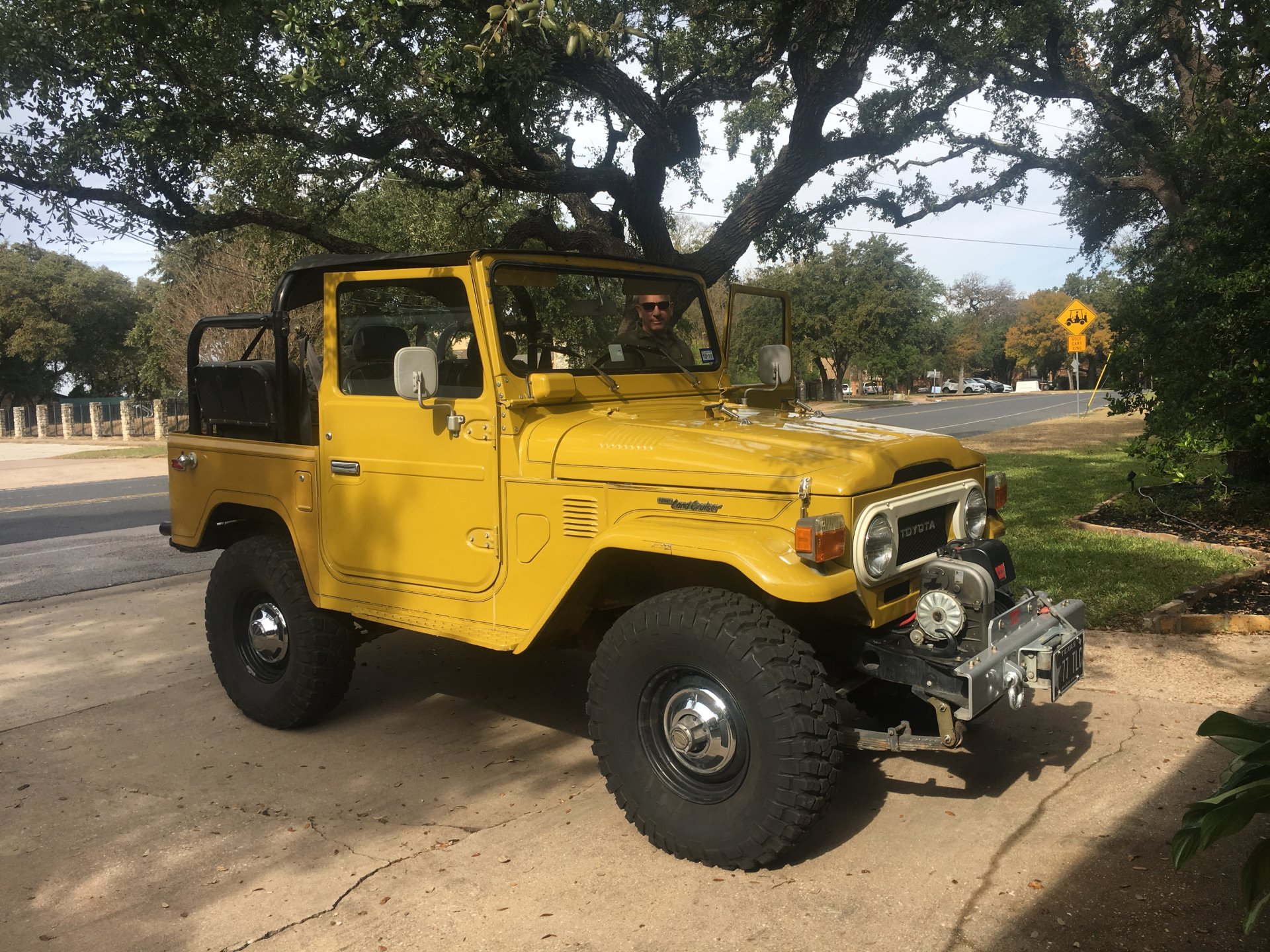 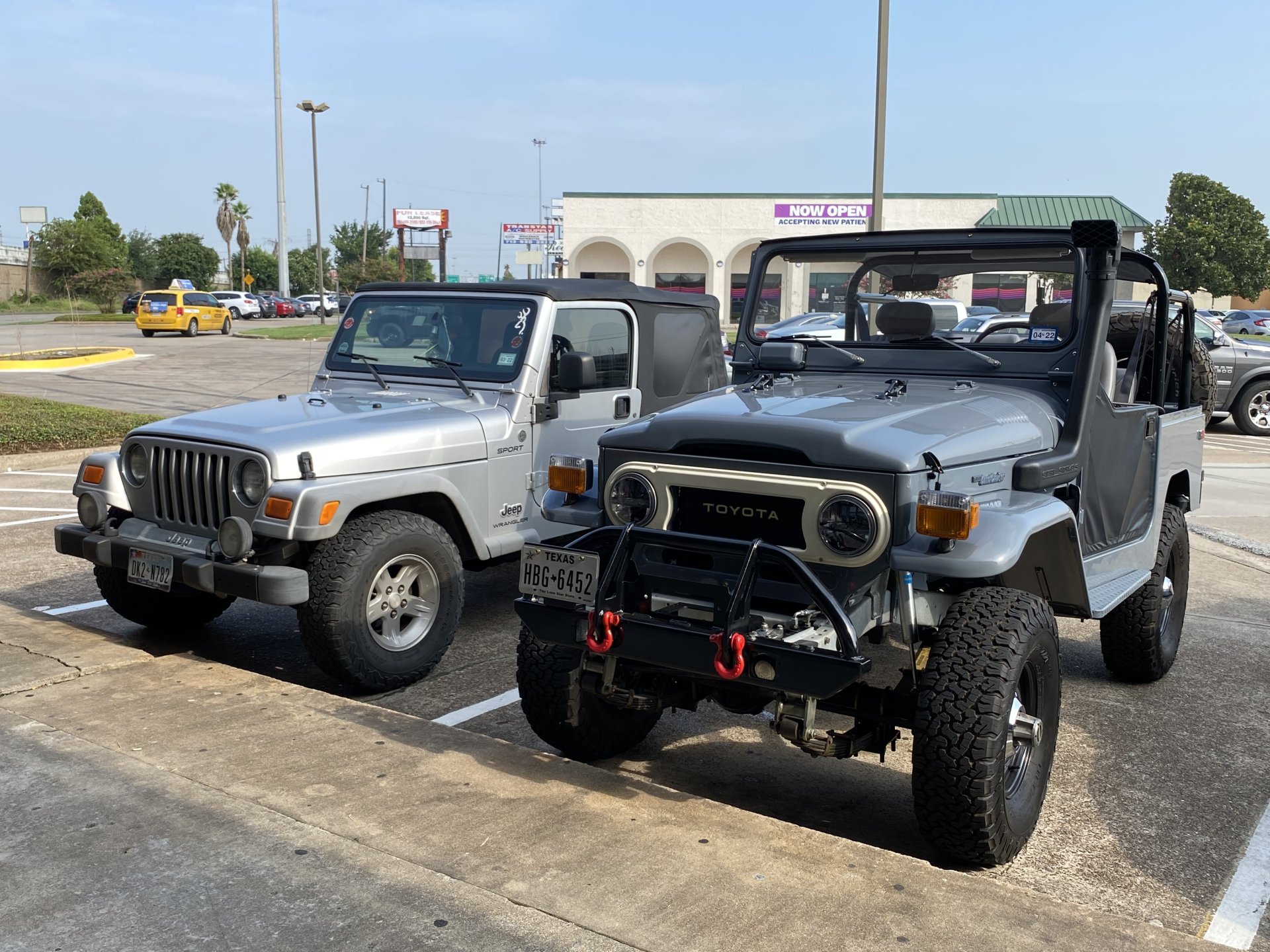 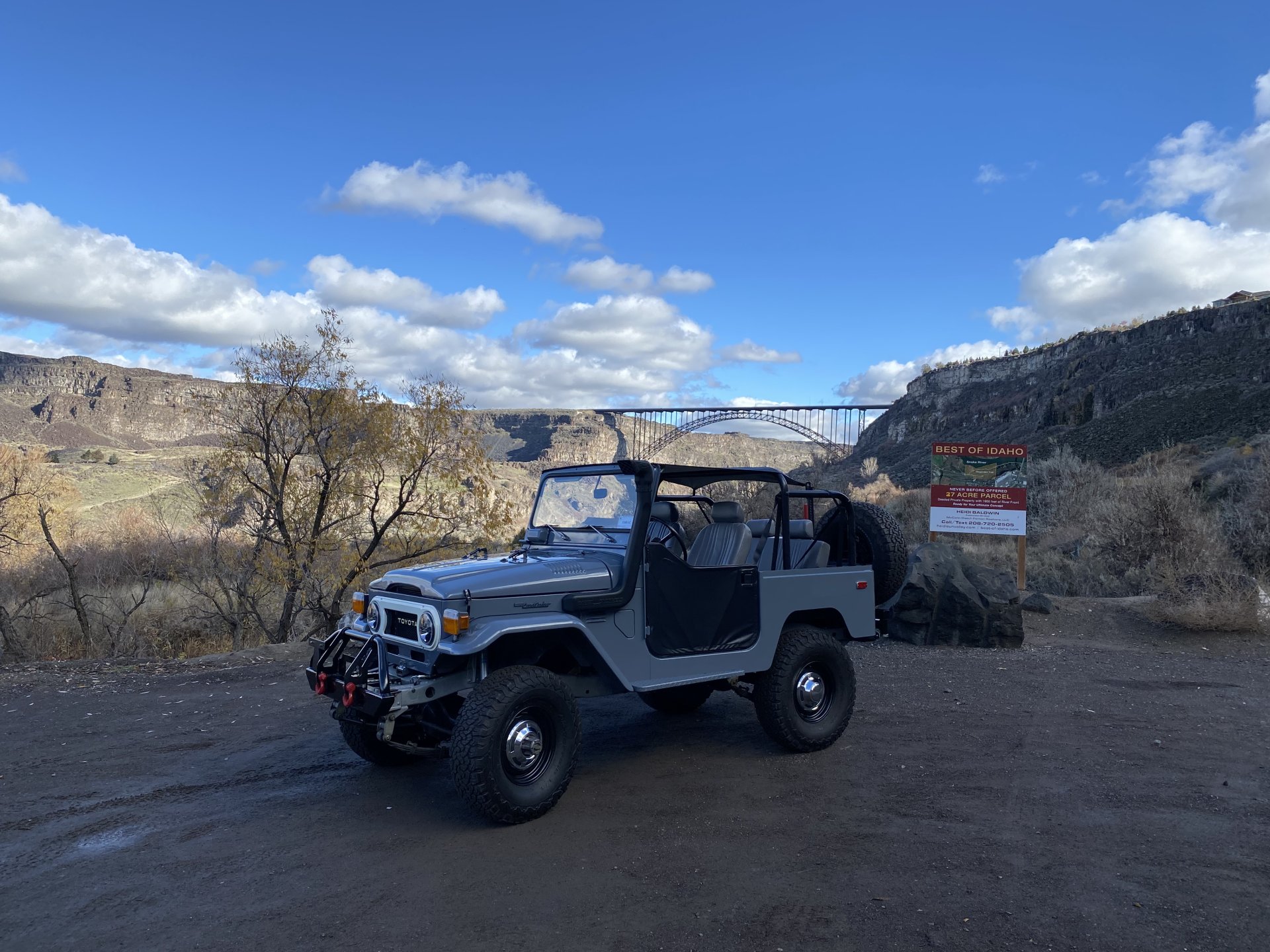 I really like my new KO2s and the recent snow event convinced me. Never even spun a tire and stopping on packed snow/ice was no problem, even on the hill. And I managed to assist a propane delivery truck up the hill. 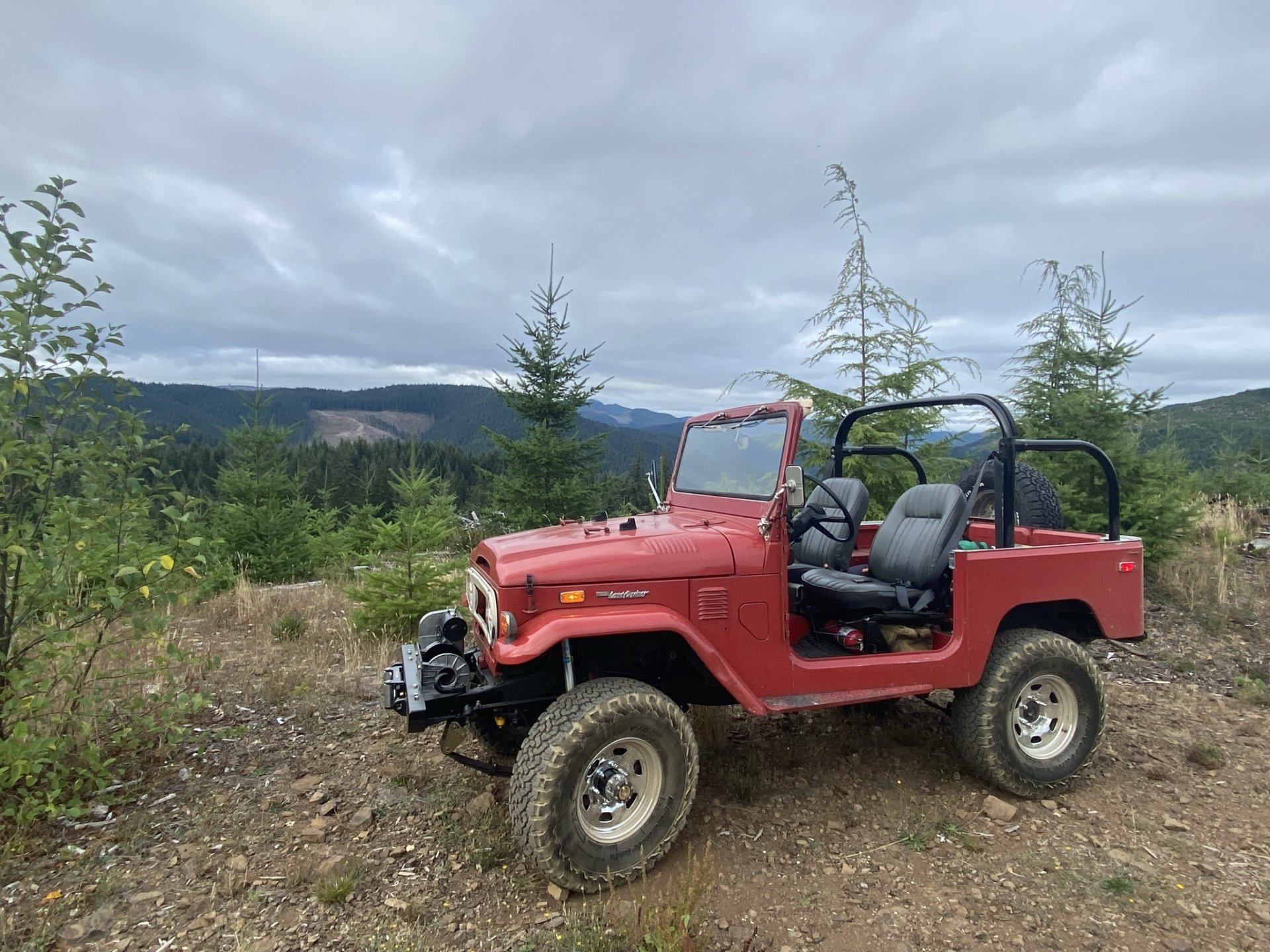 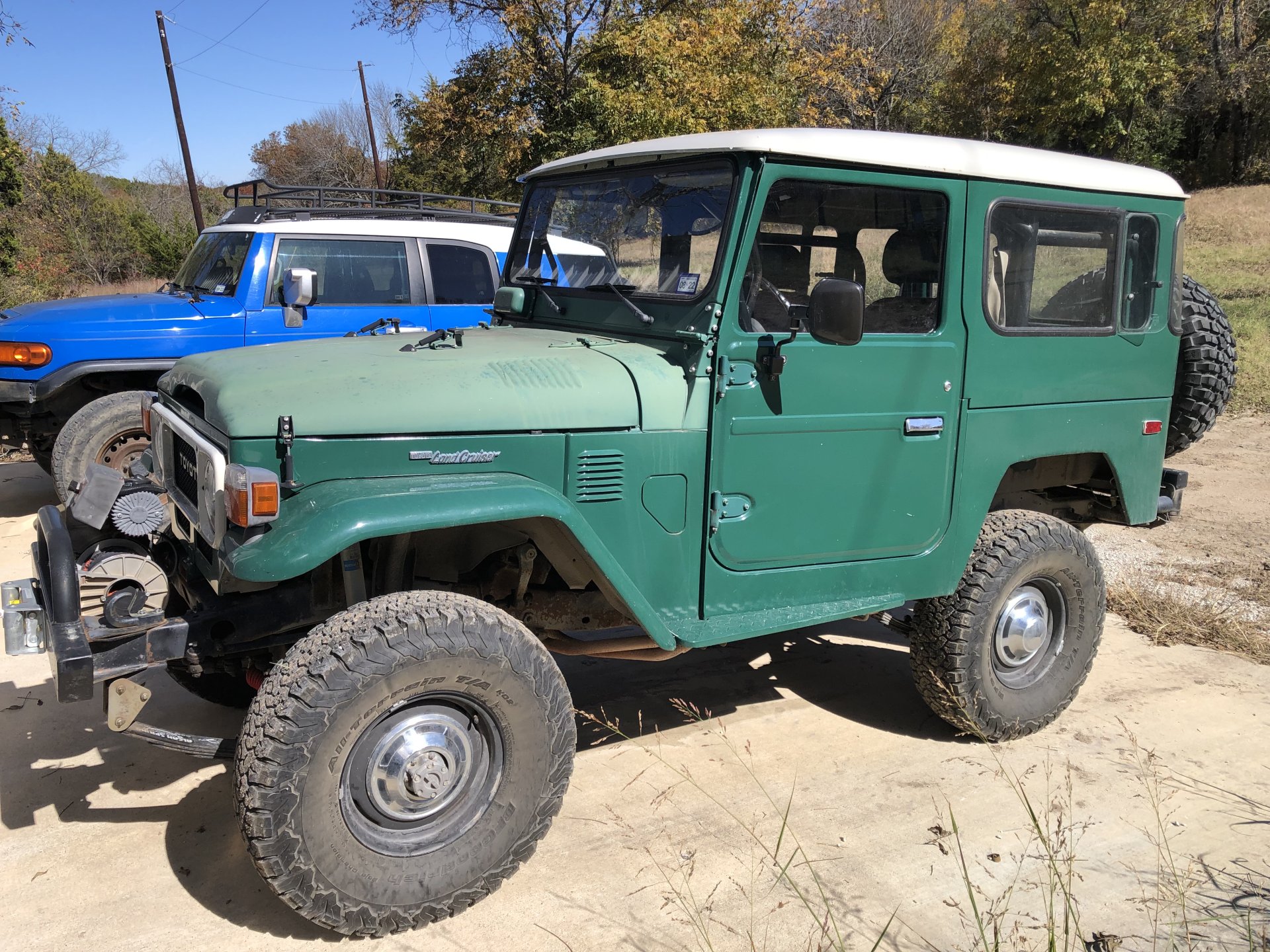 Thanks guys. The mew BFG AT looks pretty good on a 40. Seems like my decision is coming down to the BFG AT or sticking with the Toyo MT.

Nice 40 @Jetlander Are you new to Idaho? Looks like Texas wasn't that long ago. I'm in Eastern Oregon but right on the border with Idaho. We do a lot of our recreating in Idaho though and go over to Boise several times a month for various reasons.

70 FJ40 said:
Nice 40 @Jetlander Are you new to Idaho? Looks like Texas wasn't that long ago. I'm in Eastern Oregon but right on the border with Idaho. We do a lot of our recreating in Idaho though and go over to Boise several times a month for various reasons.
Click to expand...

I’m from the Spokane area originally and moved back to the northwest (Idaho) in August. Needed fresh air, 4 seasons, and less people in my life.

I love the old BFG KM’s. But sadly, BFGoodrich doesn’t make them anymore. When it’s time to replace mine, I’m probably going with BFG A/T’s. I’ve been using them on my 80 series for years, and they’ve been through the ringer and kept going. I may go as far as saying “I’ll never use anything else”.

….okay, maybe not that far… 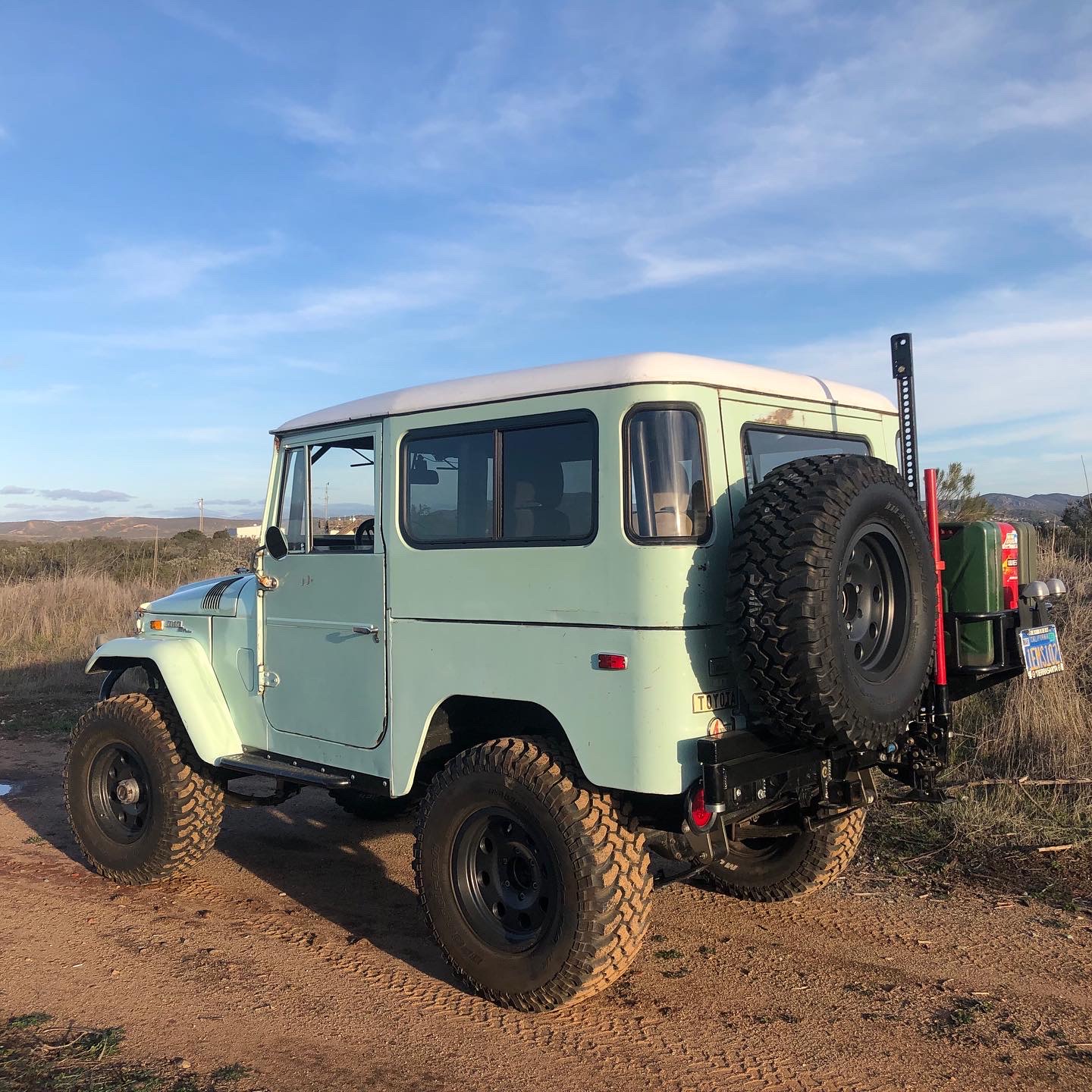 I’m SOA with SBC conversion and trying to decide between 35’s and 37’s, whose got some experience or advise?

The best traction I got was from Ground Hog tires and I ran them on the highway and off road in the dirt and snow of Wyoming. Before I had the aggressive tread of the Ground Hog if my u-bolt plates differentials and skid plate were floating I was either stuck or stop and spinning. I was out South of Green River, WY and the snow was deeper than normal and I was on a two track and those tires would eat their way to the bottom and get traction and move forward until the grade got to steep and broke traction. When it stopped moving forward I though I was stuck I just backed up and went home.

On my Ram 3500 I went with a hybrid tread that is a compromise between an AT and MT tire and they have been great. The tires it came with only had 18K with good tread depth, but would break loose on dry concrete and break loose backing into the barn when the front wheels hit the higher elevation of the barn floor compared to the pad. If there was any ice outside the barn it would break traction and had to get a run at backing in or used 4WD to control the process. New tires don't break traction at idle.

The bottom line is buy the tires that work best for the conditions you drive in.

Decided to go with another set of Toyo Open Country MTs. Never had any complaints with the old set and seems people like them as well or better than any other MT. Plus I swapped the 2 best old tires onto some wheels for the trailer. Obviously that's gonna be way overkill for a trailer but it will look cool.

I think they put too much air in them at the shop cause it was kinda bouncy on the way home but wow they are quiet compared to the old set. What is the general consensus on road tire pressure for the 40? I'll post some pics with the new shoes in a couple days. Headed out of town in the morning before it gets light enough for pics.
Last edited: Mar 3, 2022
You must log in or register to reply here.