For those of you who are needing to relocate your rear license plate due to having a swing out tire carrier on the back of there rigs, this is a very cheep mod that you can do to relocate it to the side plus have lights that shine on your plate.

TailDragon "Justin" and I were working on relocating his license plate bracket on his Toyota 4-runner and he needed to purchase a new light housing because his was cracked. Thinking it would be a ton of money from Toyota he still went up to order one. To our surprise they were fairly cheep. With my TLCA discount from my local Toyota dealership they were only $19.40 after taxes so Justin ordered two of them thinking I may be able to use it on my 80. Very smart idea on his part because it turned out really cool.

I had to tack weld on some tabs on the license plate bracket that I had originally made so that I could bolt on the light fixture. I taped into the original plate light wiring to run to the lights in the TOYOTA light housing. Justin had some extra lights from a 4-runner that I used and kept the FZJ80 lights in the original light bracket on the tailgate and just disconnected them so they would not be on. I did check and the original light fixtures will fit perfectly into the 4-runner TOYOTA light housing so you don’t have to purchase new ones! The Part number is for the TOYOTA license plate light housing is 81276-89134.

See some pic's of the final outcome. 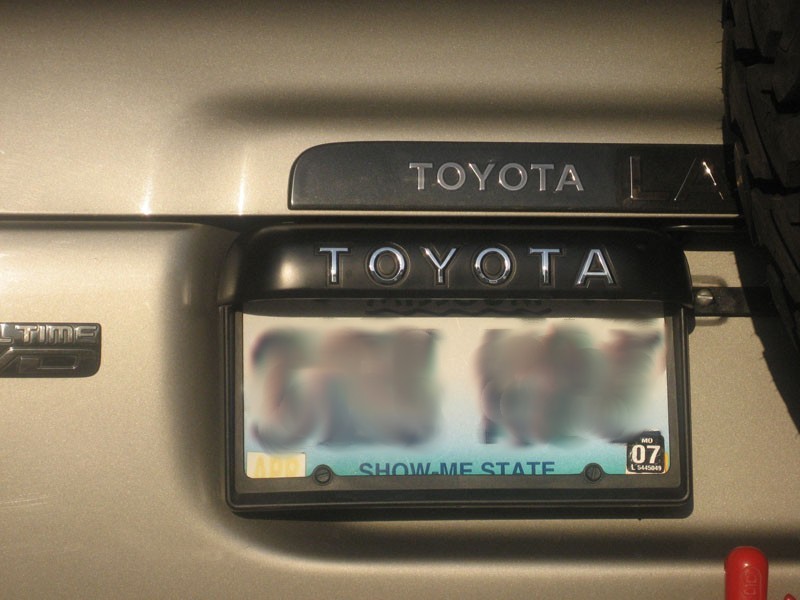 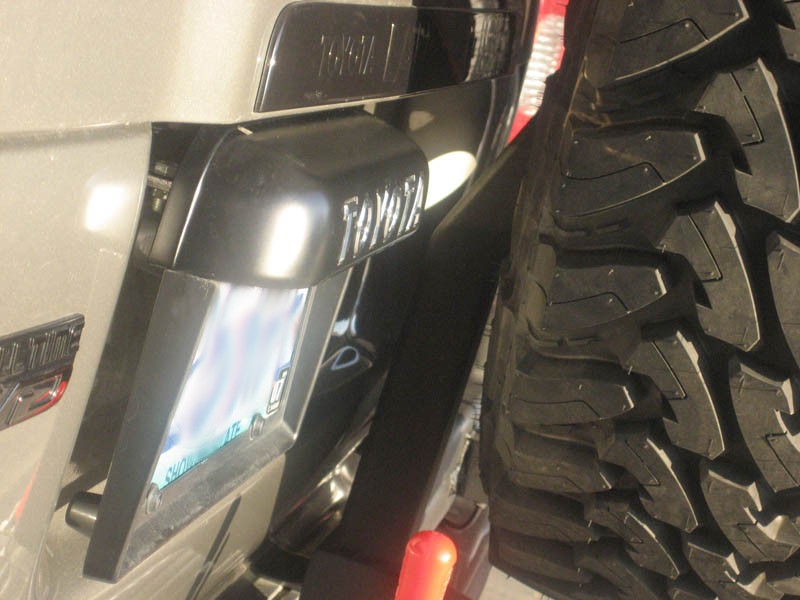 Sure wish I could read your plate so I could track you down and steal it.