Not exciting tech but I took the time to replace the leaking gasket on my power steering reservoir cap. I had already purchased a new one so I had nothing to lose if the repair attempt failed. In the end it took only about 15 minutes and cost me nothing. To be fair I had a small sheet of rubber on hand so if you had to buy some gasket material or rubber there would be a small cost.

First you remove the dip stick portion. Gently squeeze on the sides opposite the tabs that hold the end on with a pair of pliers. It's best if you can grab it near the bottom. A slight squeeze and a little wiggling should pop the end off. 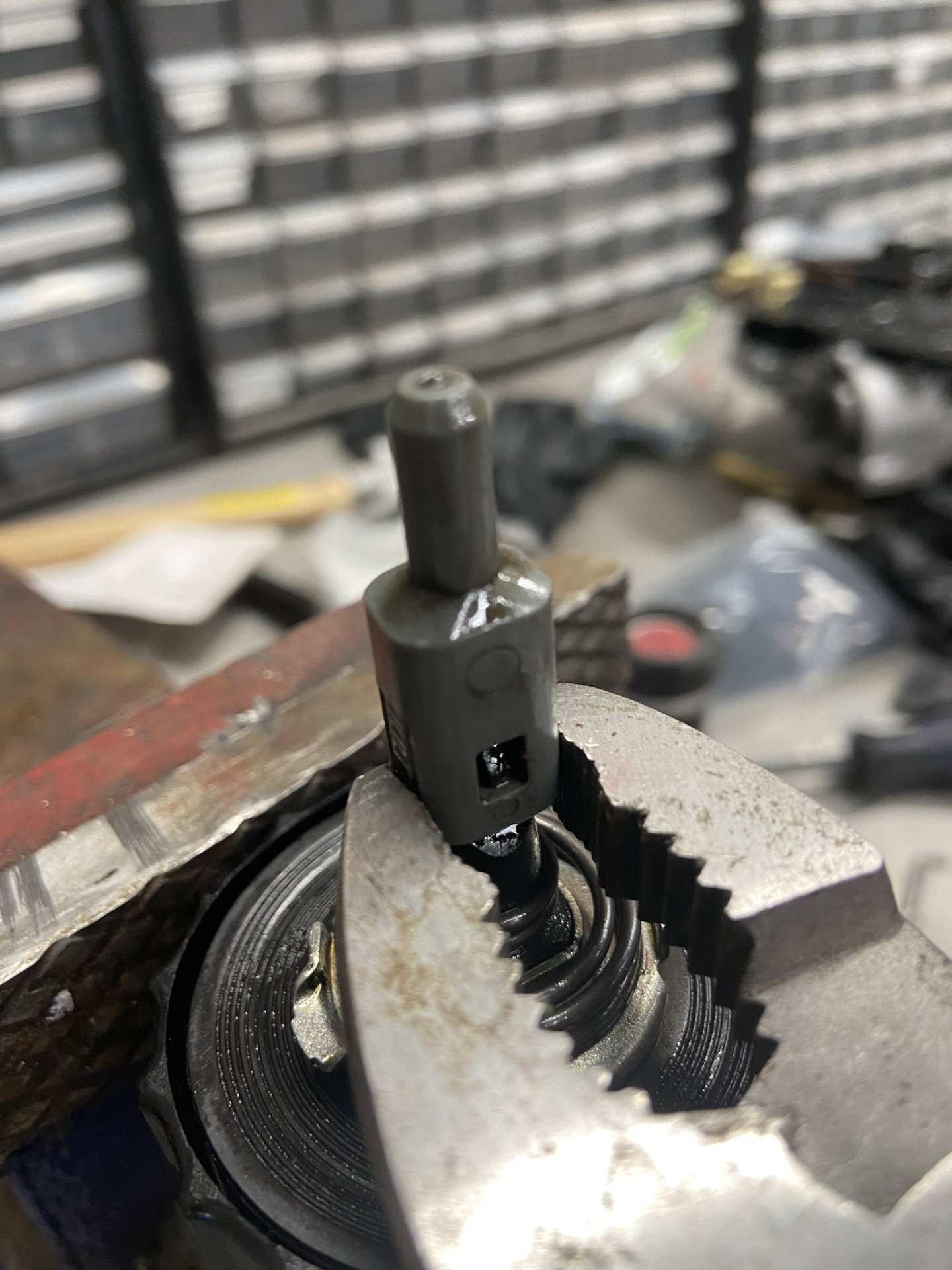 Next I placed my cap sideways in the vice and used a small pry bar to pry up on the last two spirals on the spring. Work the two spirals upwards until they pop off. I did not have issues with the spring going flying but take care just in case. The metal cap lock is held on by the spring so it should come off at this point too. 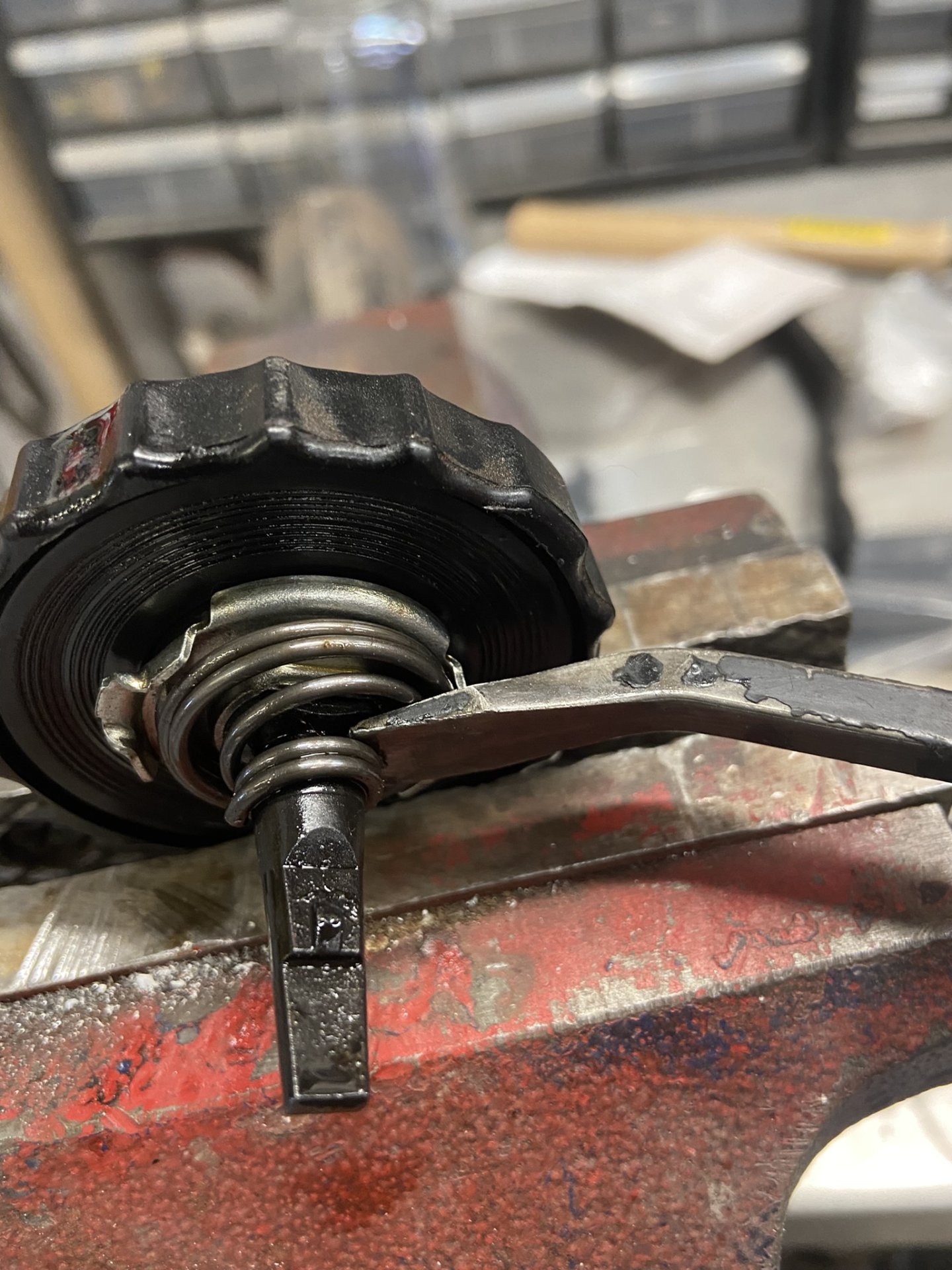 Pry the rubber washer out of the cap with a small screw driver or pick. Mine was as hard as plastic. You should have a bunch of parts like this: 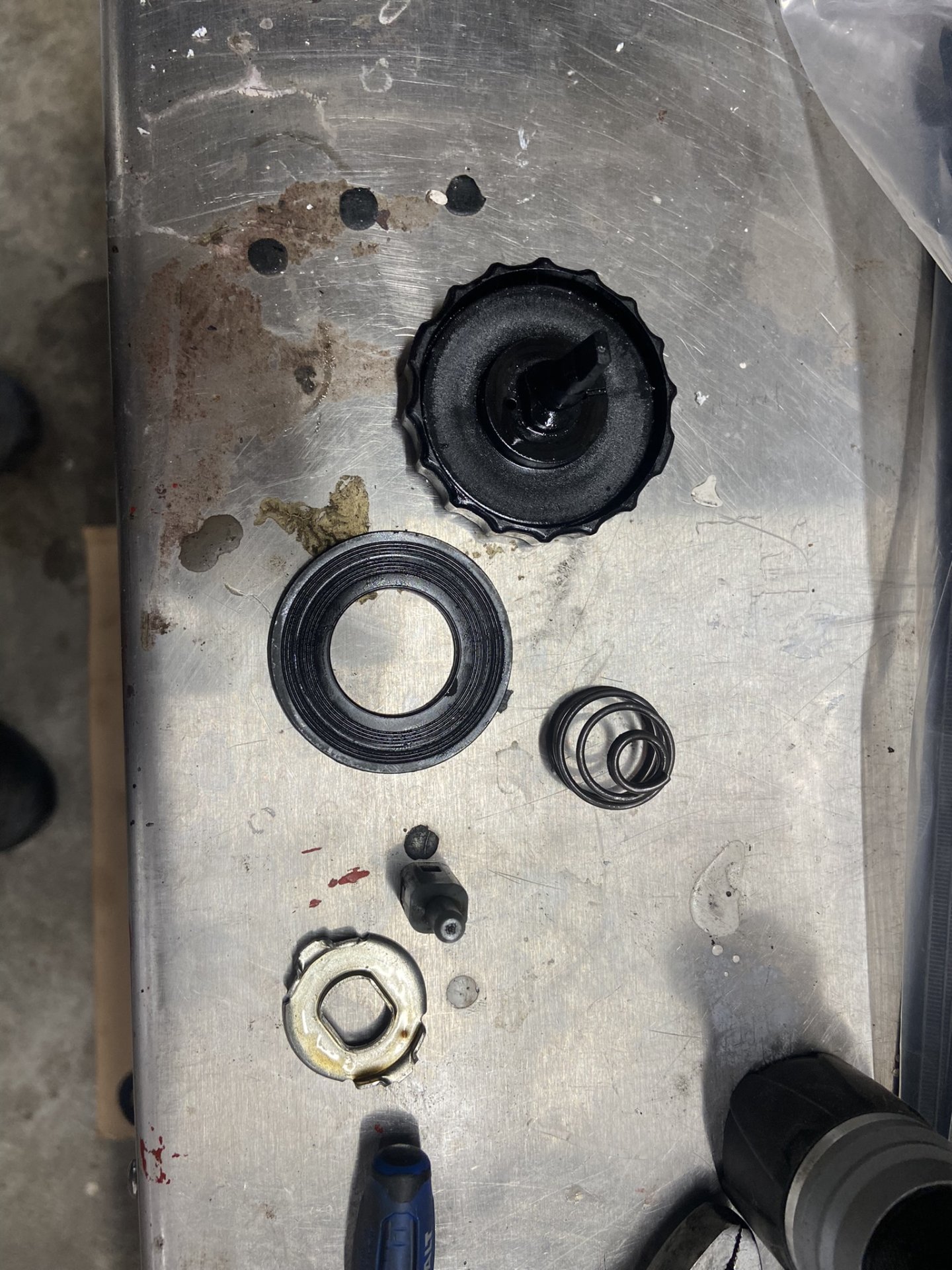 Using the old washer as a template I cut a new seal from a sheet of rubber of the same thickness: 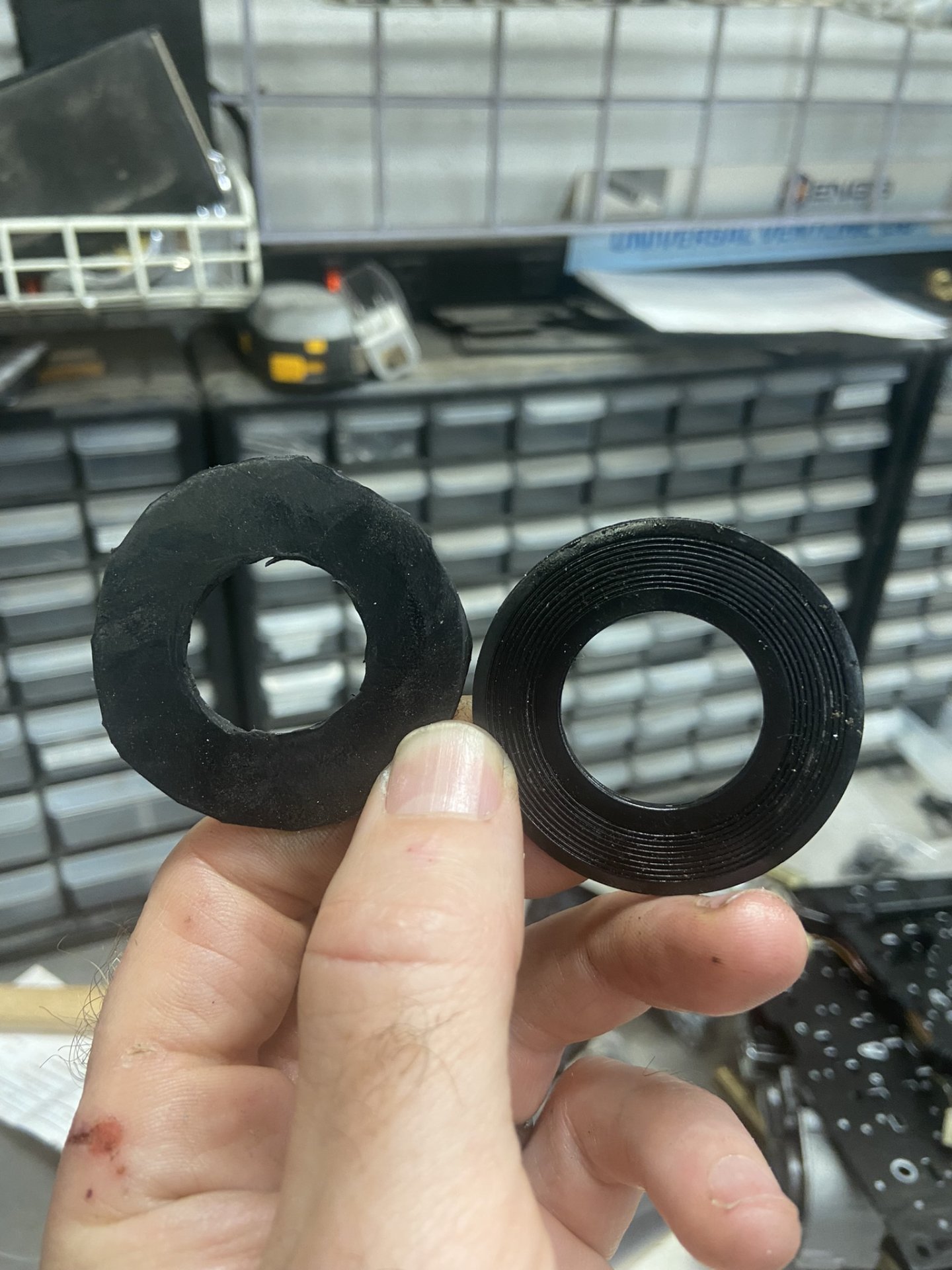 Place the metal cap lock back on like this: 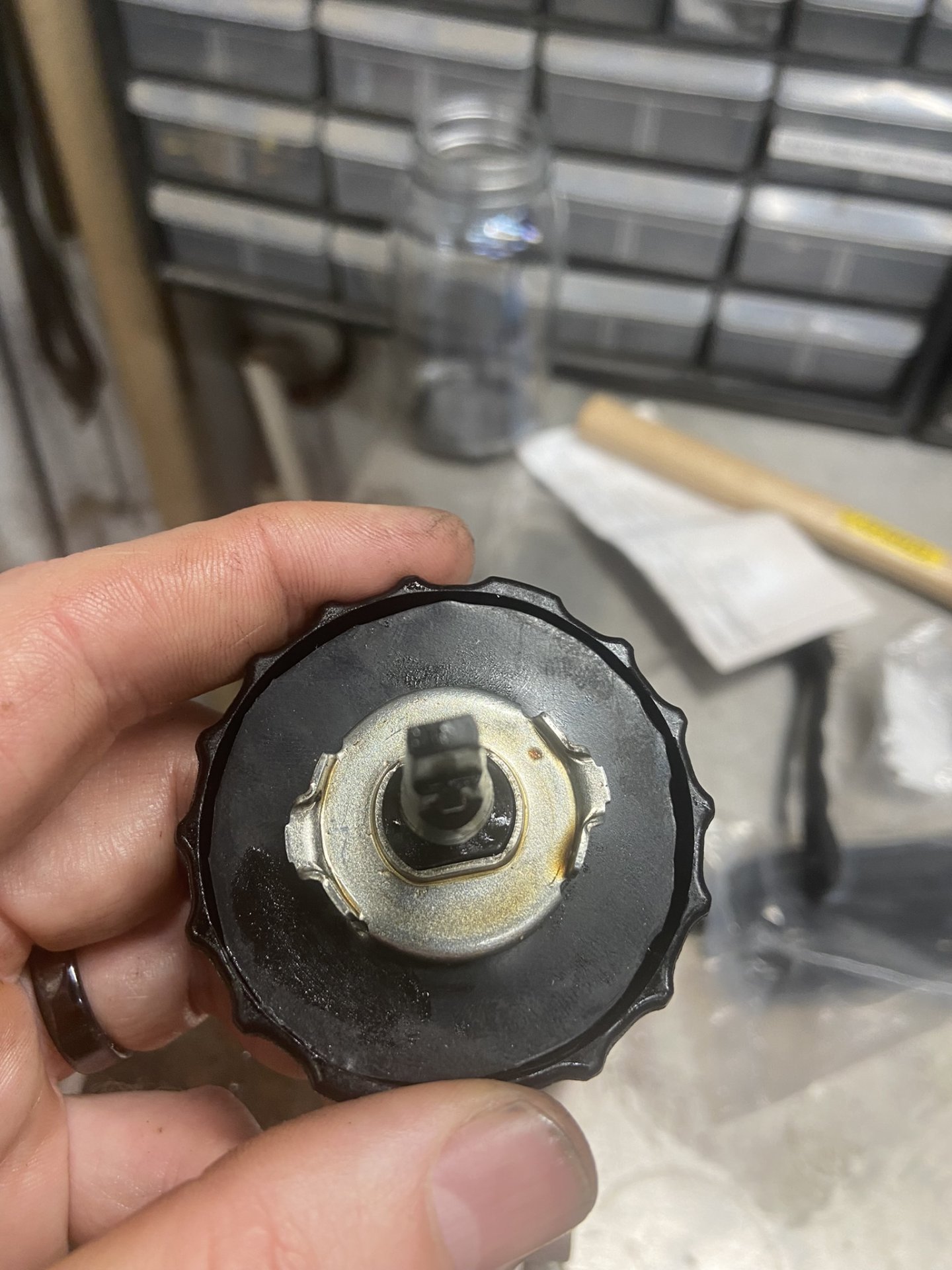 Using a 10mm deep socket and my vice I pressed the spring back on. If your 10mm has run away an 11mm works too 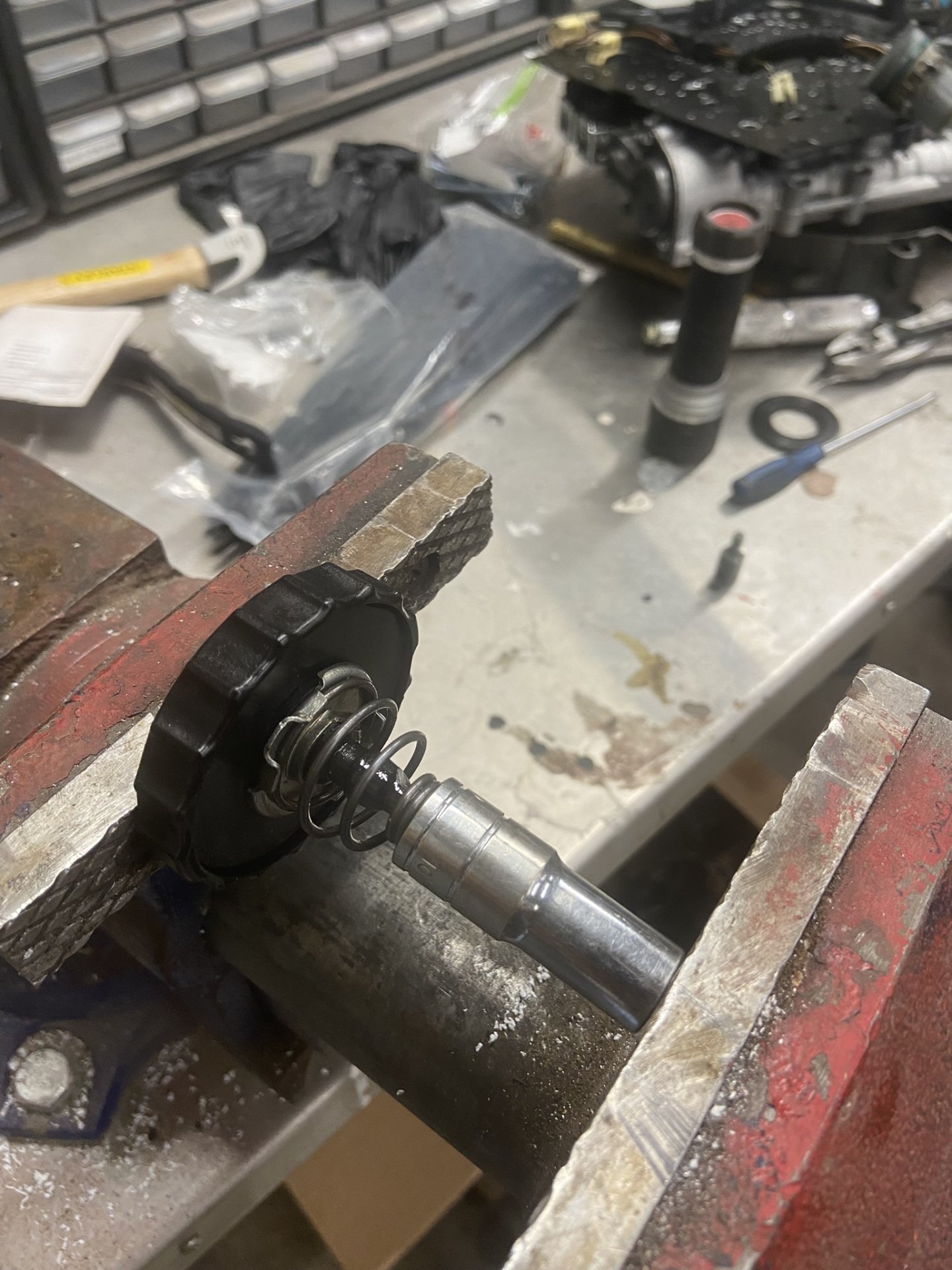 Run the vice in until the two end spirals seat back into the grove on the dip stick portion. Be aware that the plastic dip stick does not bind in the socket and break. I kept a hand on it to wiggle a little to make sure it moved in smoothly. 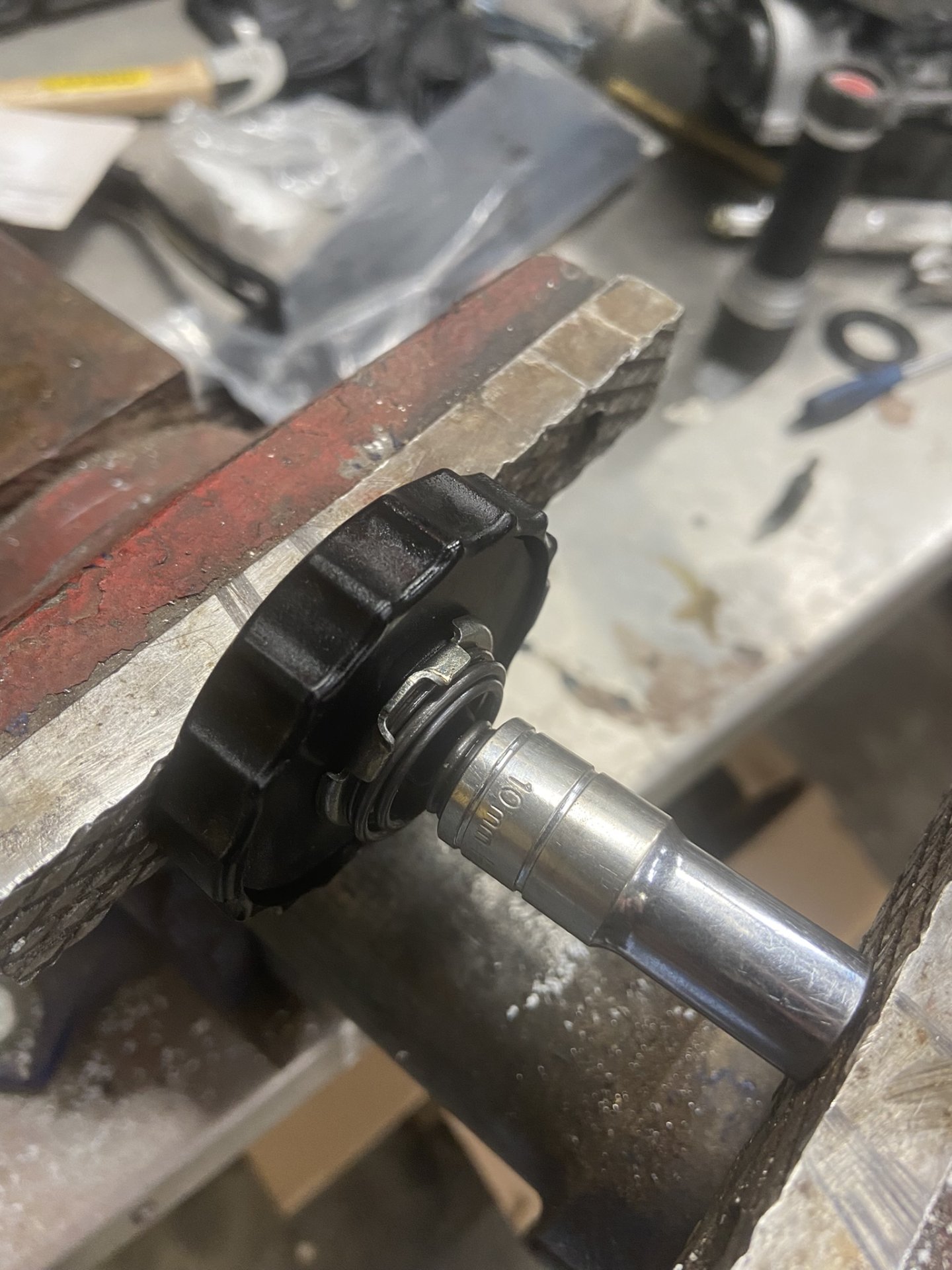 Remove from the vice and snap the plastic end back on. 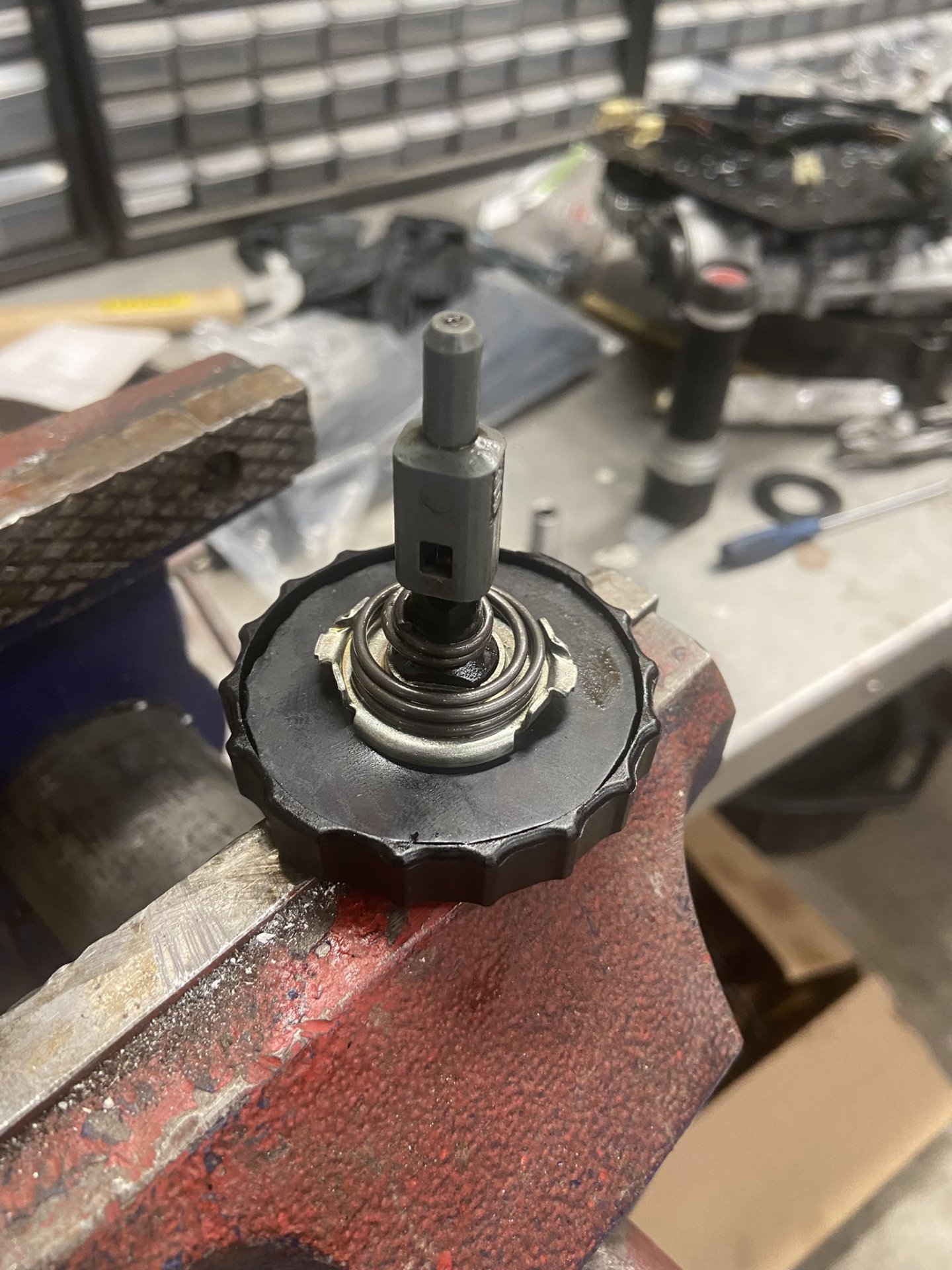 I test fit this on my reservoir and it clamps down and feels the same as the new cap I just bought. Will hang on to this one for a spare.
K

This sort of fix is done all the time in third world/developing countries where new parts are hard to find and relatively expensive. And when the world economy falls apart everyone will be fixing their stuff like this.

Making due with what you have, that is true ingenuity. We could all learn to do more of that. Bravo.

I have done similar in the past and can appreciate the time and effort placed into this.

Nice job!
You must log in or register to reply here.