Tan '65 just before I received it. Currently being restored and soon up for 'adoption'.
Red '66 just after I received it and have started restoration on it.

Back in the old west days a .45 was a requirement for survival...still true today!
They keep my '80 FJ40 company 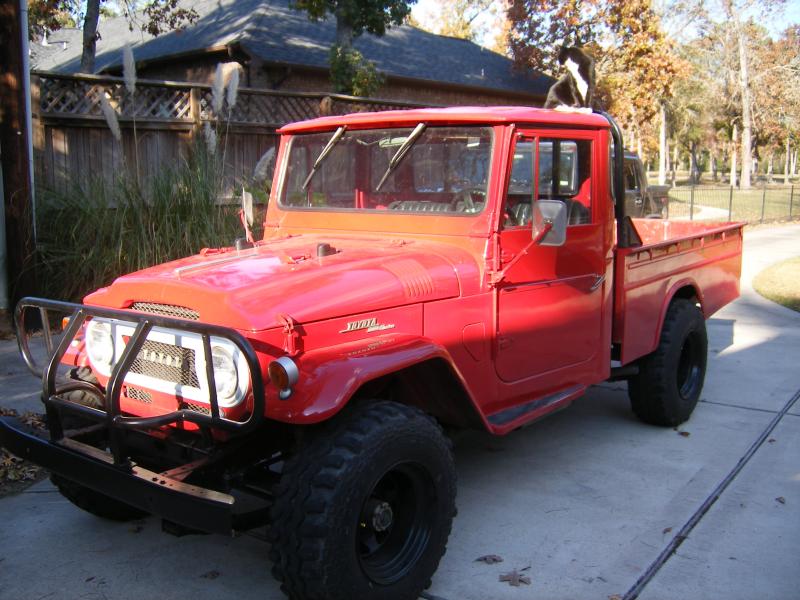 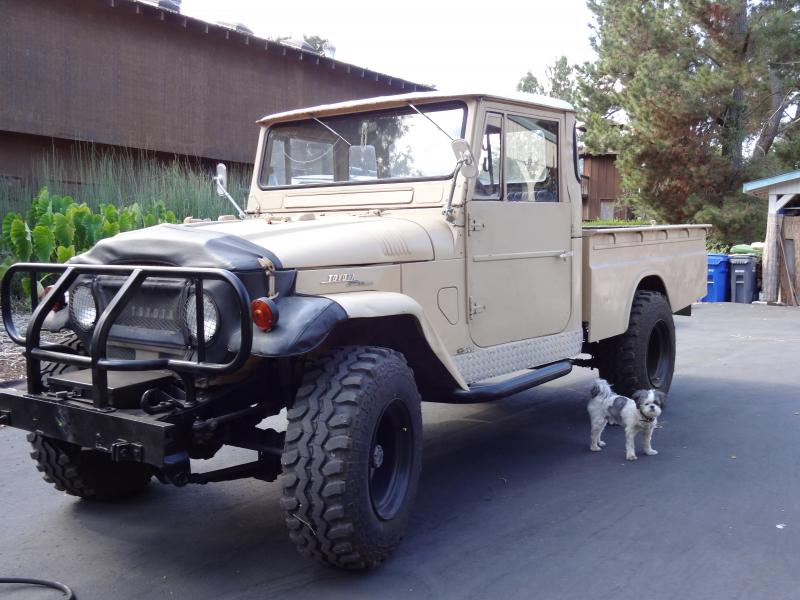 Apache Pilot said:
Tan '65 just before I received it. Currently being restored and soon up for 'adoption'.
Click to expand...

Is the tan one the one that was for sale in Morgan Hill for a long time? Looks like it.
E 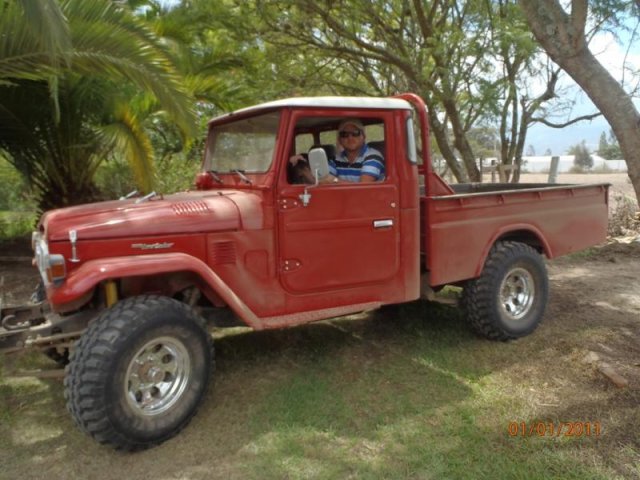 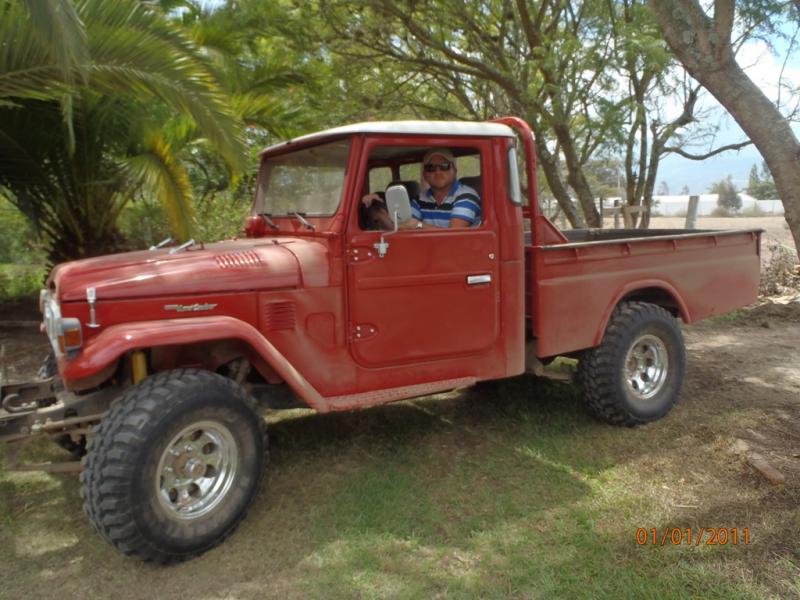 I have a FJ45 the title says 79 but people tell me it's not. They say it's not because the bezel is round and not square, also the fuel tank is under the drivers seat. The truck is from AU and it's right hand drive. VIN 236318. I see from others posts that the title date may be from when it was sold and not the production date. So how do I verify the year? I don't want to order the wrong parts when the time comes. 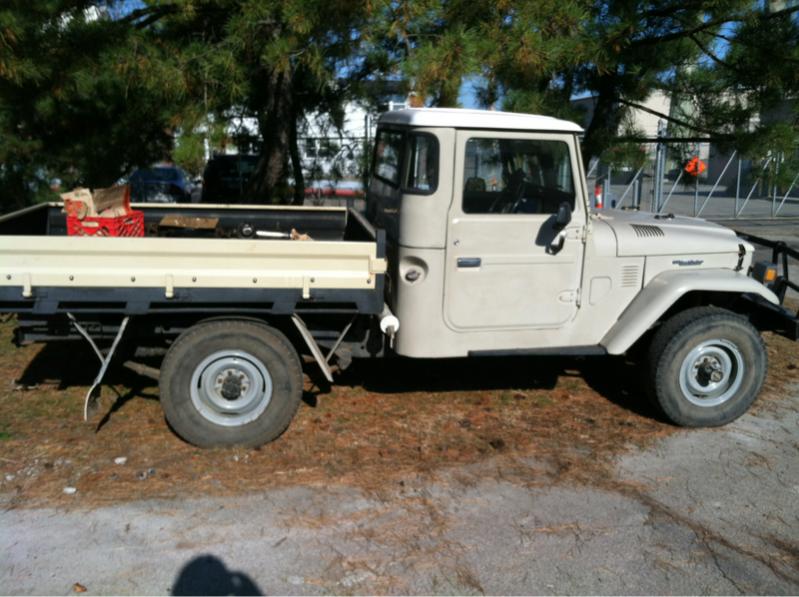 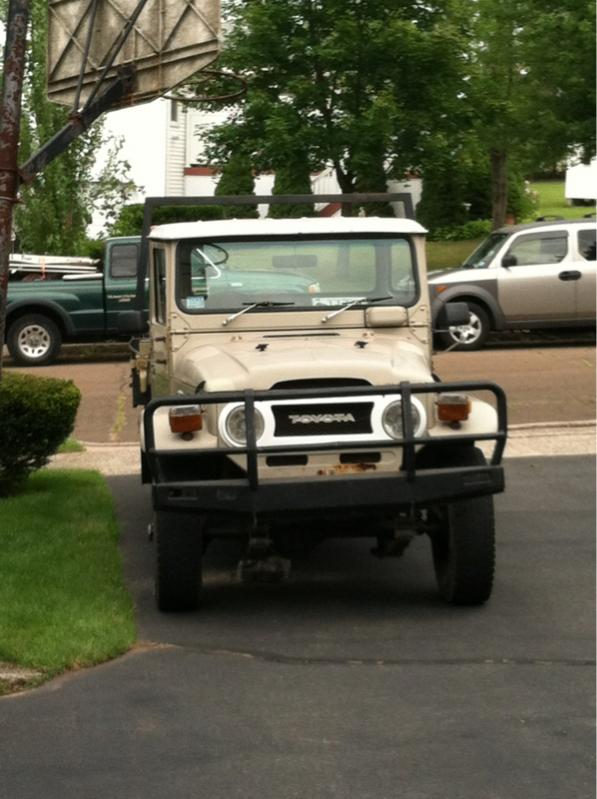 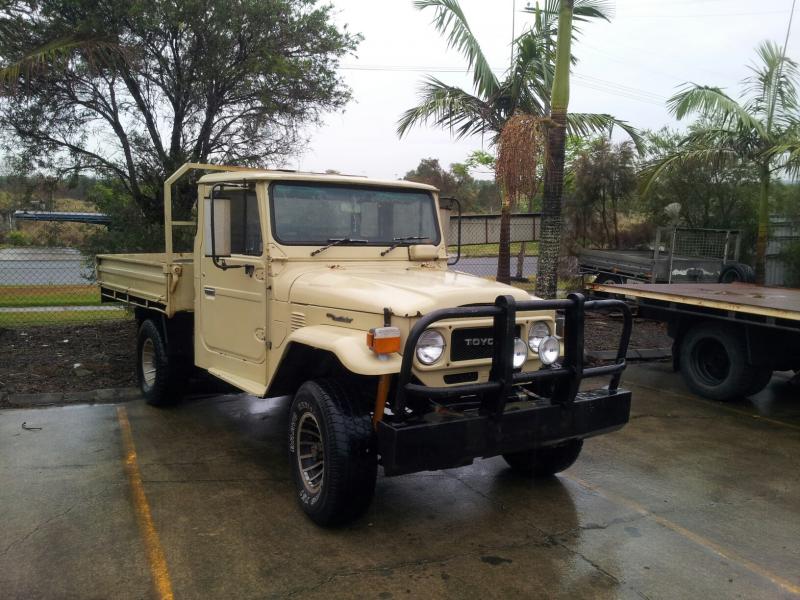 That is an impressive front bumper. Great looking rig.

Fast Eddy, I meant to send the reply to you, but posted it for all.....sorry.
Sorry I didn't back to you sooner (Rookie, didn't even know I got a message). It probably is the same one. I bought it from a guy named Willie in San Jose who was moving to Brazil. He owned it for 17 yrs. and had the top off the entire time. He was an old surfer, believe he painted it with house paint . Willie bought it from a guy that was in that same area who apparently had it on his ranch in Montana for lots of years. I've been doing restoration on it and you would not hardly recognize it. It now has regular-pickup size tires and white spoke wheels (ones that came on it were transfered to my red '66 FJ45, along with the brush guard). First step was to remove the old paint, straighten out the dents and apply Z-Chrome rust defender. It is being painted a light desert tan with matching Raptor lining in the bed & cab floor. With the exception of the dents and just being ****-filty, it is a very solid truck. Stock 6-cyl runs great! My initial plans were to keep it until I bought the red '66. Can't keep 'em all (no room), so the '65 will be up for sale in about 8-12 days. Thanks & Hooah, Major Don

In my earlier post it shows my two FJ45s red & tan). The '65 tan one received a serious make-over. Here is the final results. 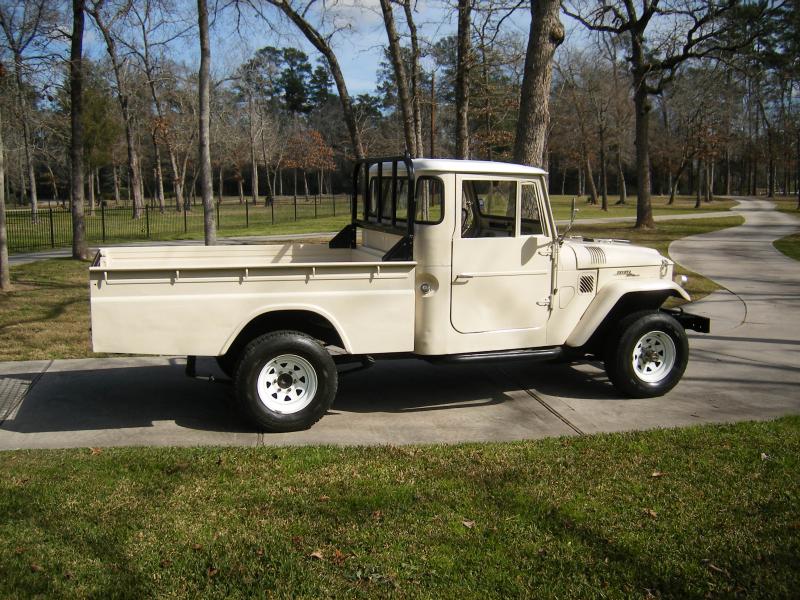 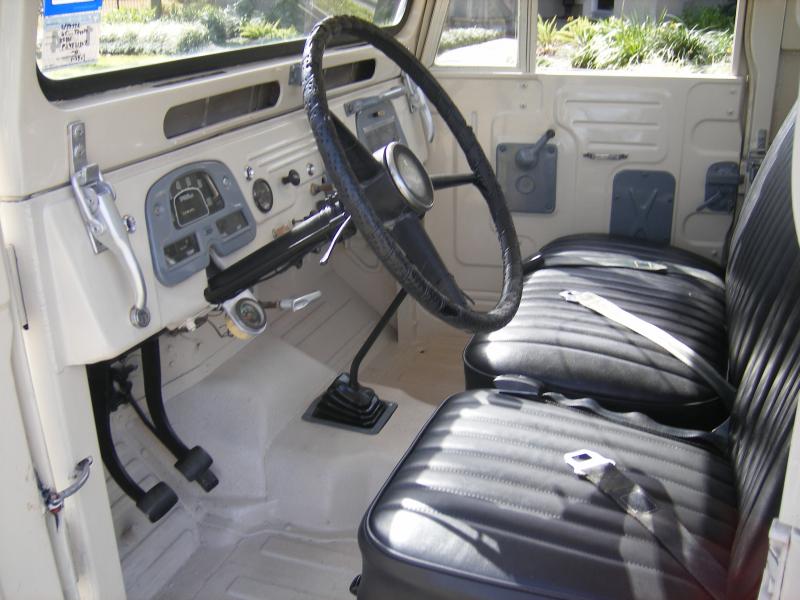 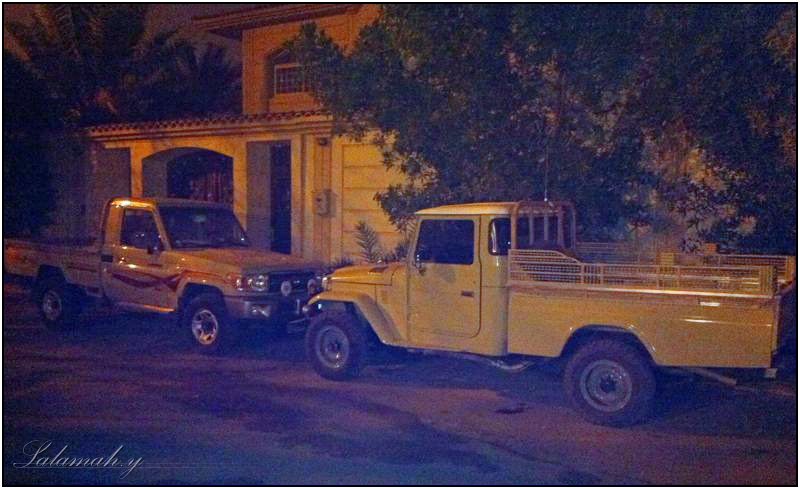 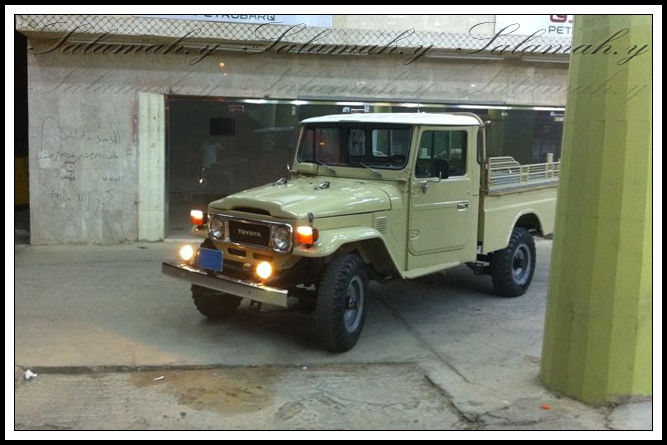 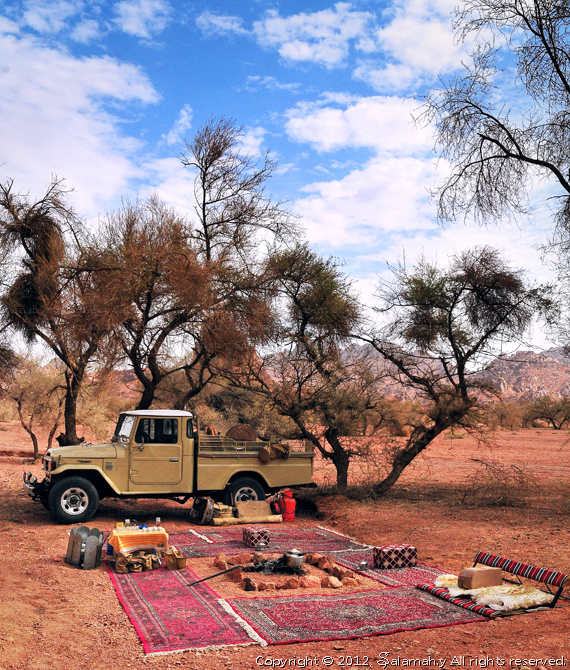 FJ45 2f Speed and on Gas. Picked up from the WA Mines. Mechanically a wreck, Body OK in light of age and history. End result is a outback tourer. WIP 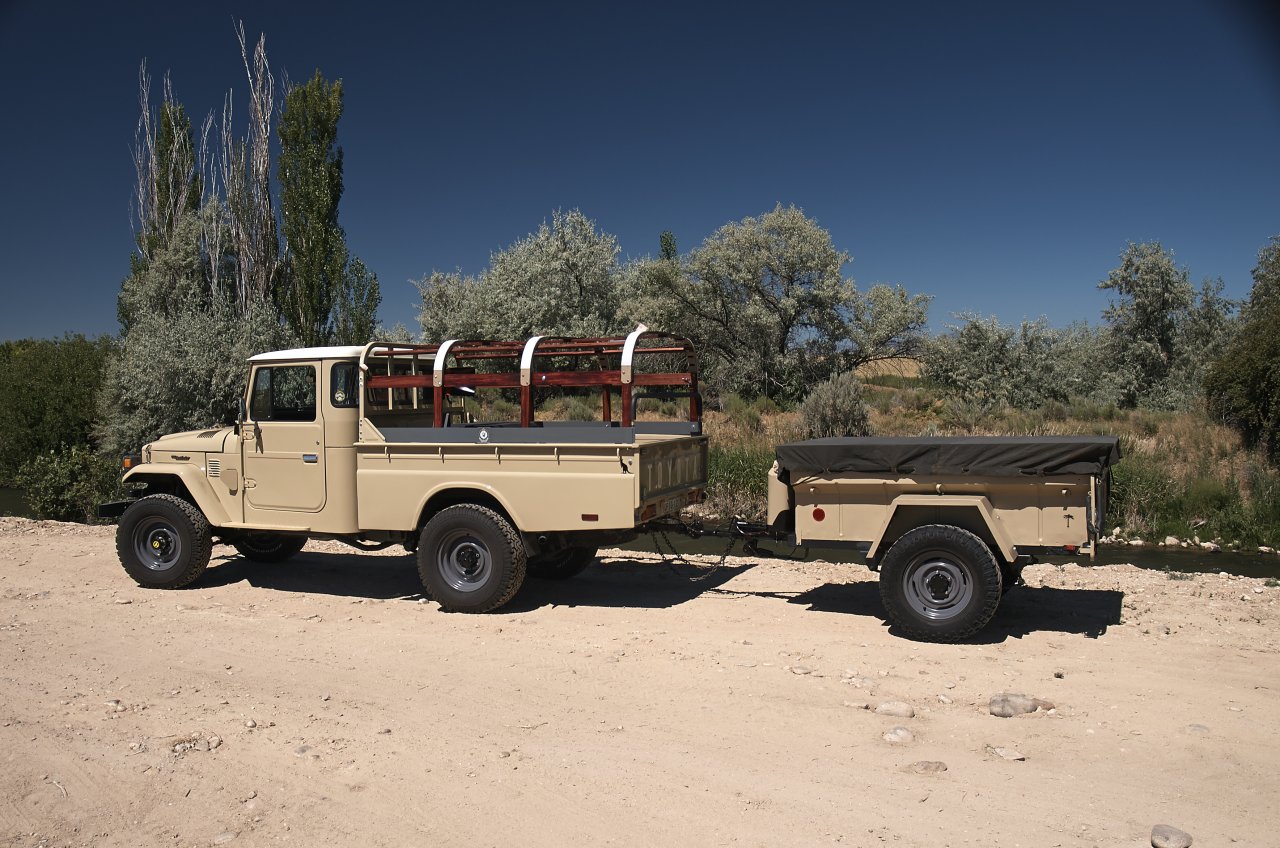 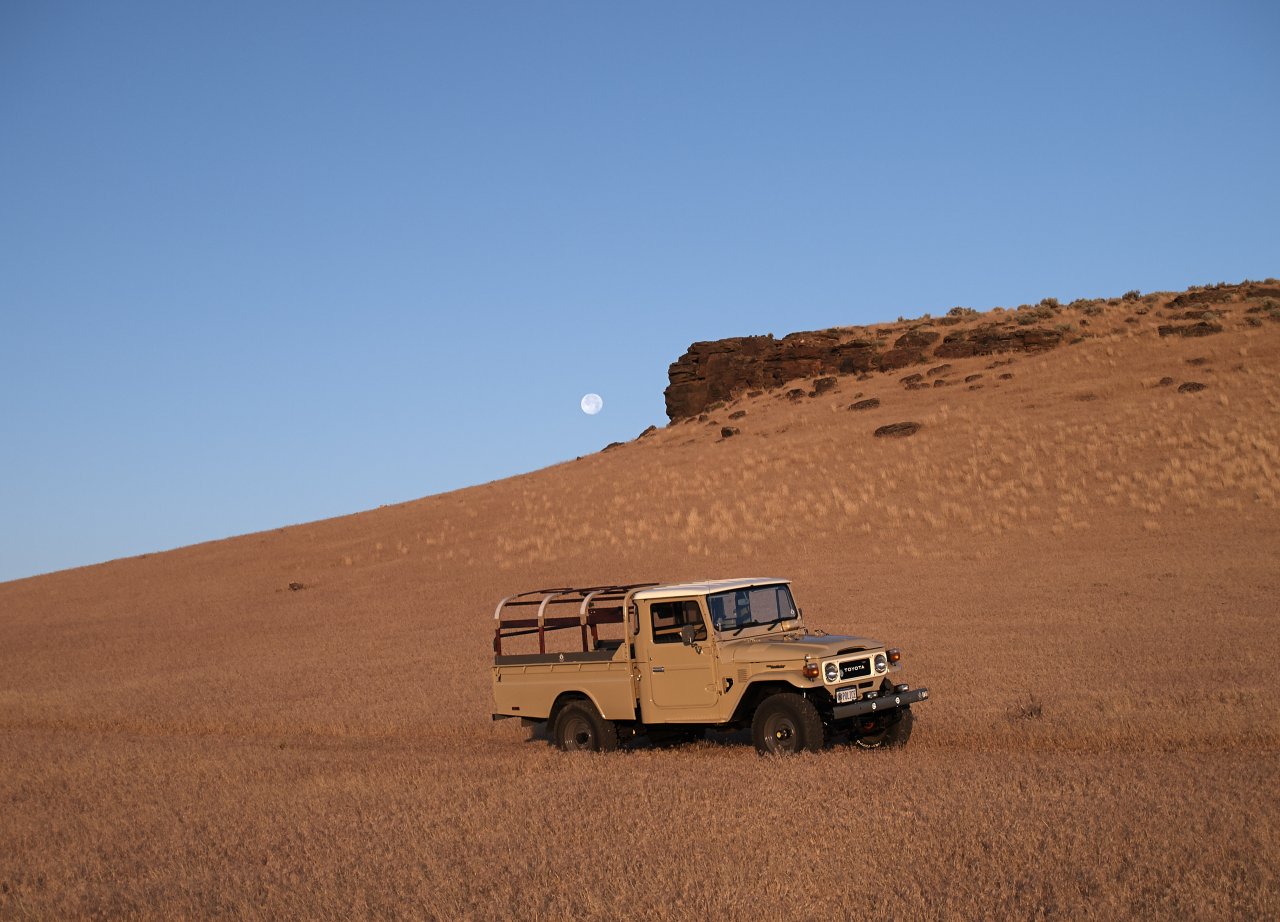 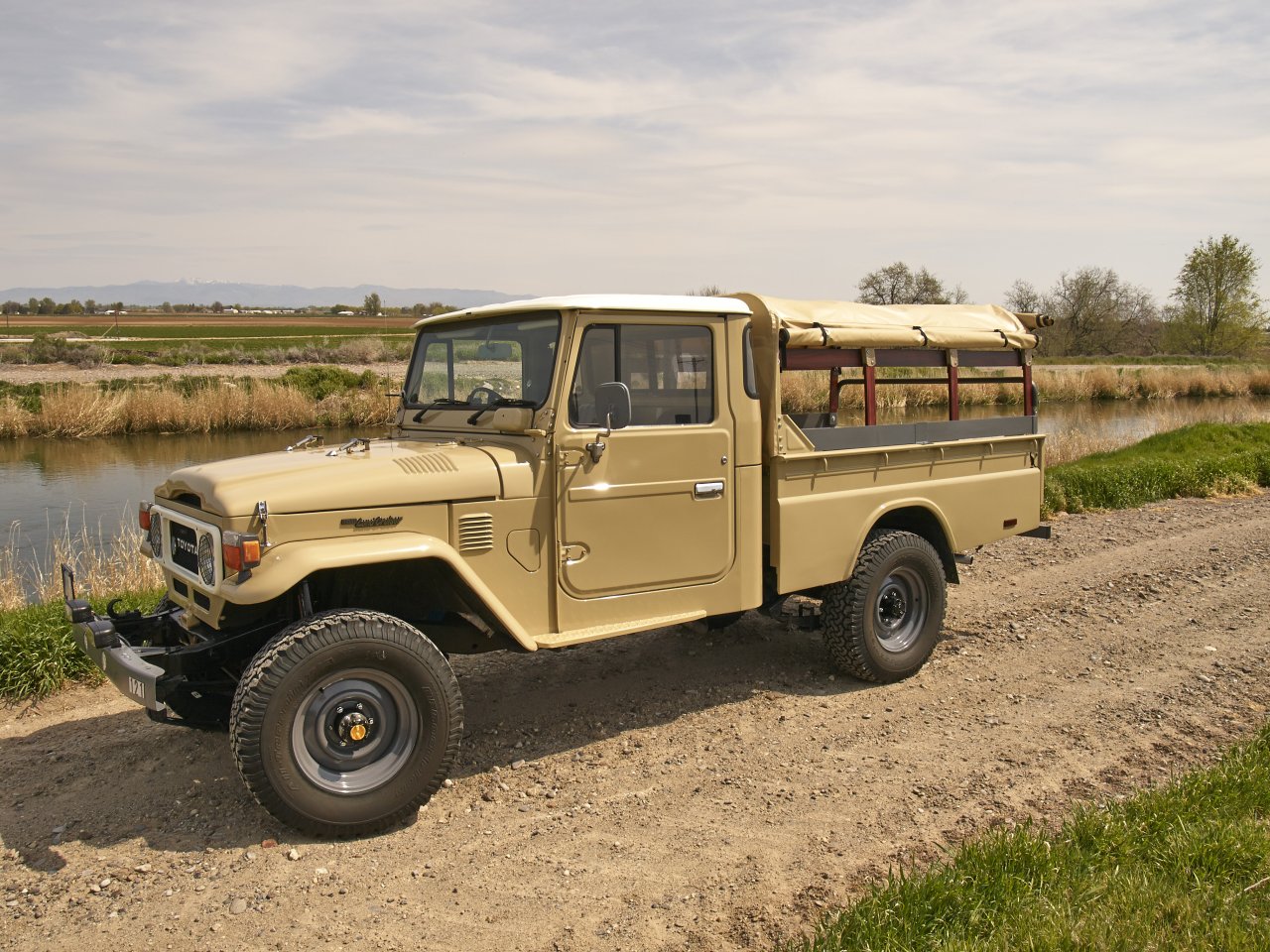 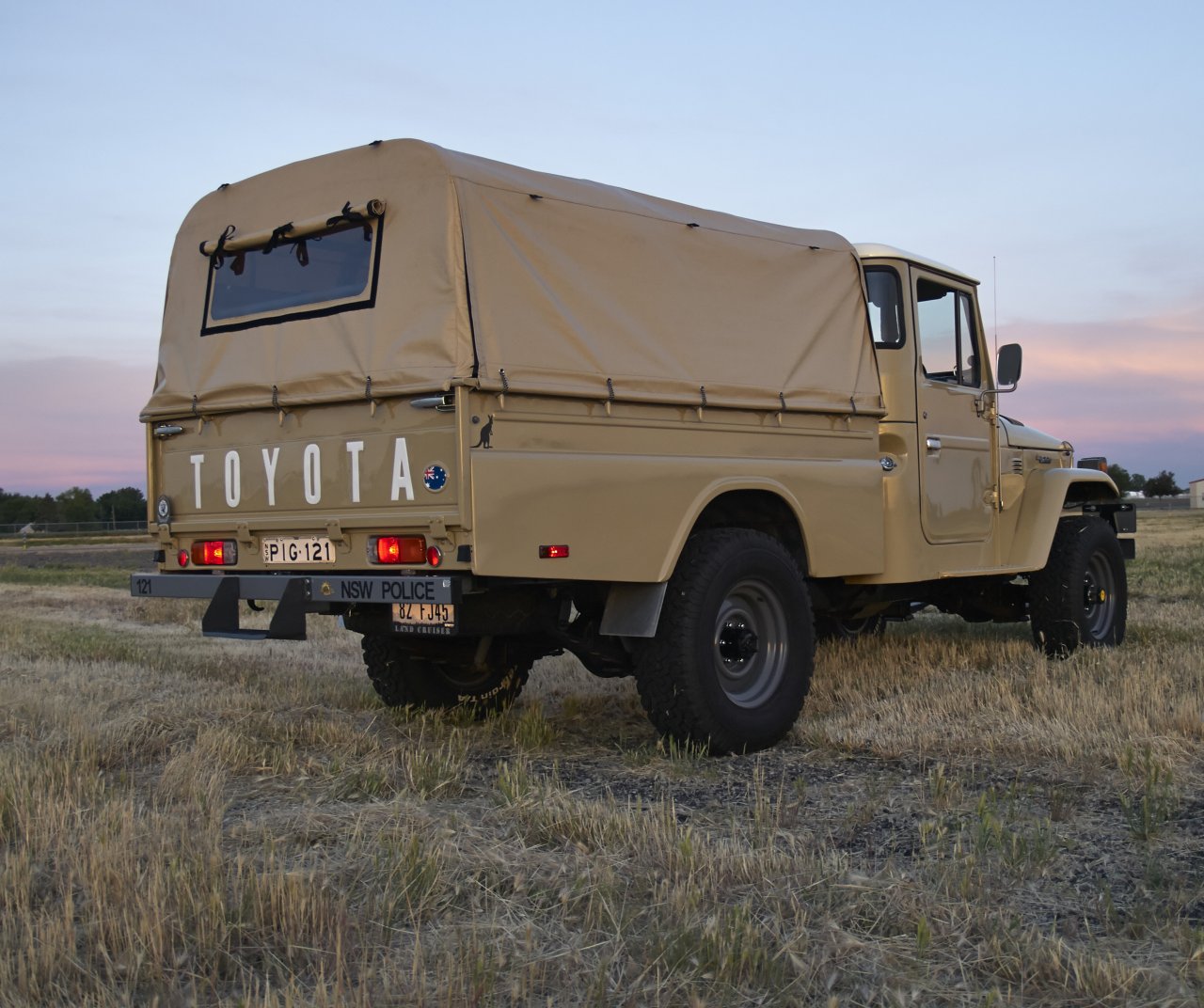 From Down Under NSW - now in Idaho a 1982 FJ45 all stock OZ ground up restoration.
Updated July 2014 -Now its done with rear window slider and other mods.
Now to do what it does best with it's little friend the trailer.
Set up to sleep two on platform retrieved from trailer (trailer cover top) for the LWB.
Compete underside is setup to eliminate sparks and fires as per USFS.
Trailer carries most all equipment and supplies for one or two weeks.
All truck LED lighting and outer solar lights for night work.
SW handheld radio, two spare tires, and camouflage shade net for camp cover.

love2fly, your truck is looking good mate, glad to here you want to

it. I don't think these old cruisers were design or made to be garage candy!

Well I have been trolling for an LV for a while now. I have gotten many leads from mudders that have been much appreciated. One of these finally paid off. Josh Vanderford made it known that a friend of his had one for sale - I spotted it on Josh's website. Josh was kind enough to put me in touch with the seller and we were able to make a deal. It arrived at my house yesterday!

While the truck is not in as good condition as I had hoped I believe it will be serviceable as a weekend driver once I take care of some safety/maintenance issues. (some significant enough that it can't be driven on the street quite yet). Someday it will get lots of attention and probably some upgrades.

Currently it is sporting a Chevy straight 6... otherwise it it pretty much stock/used, very used. I will be assessing the true state of the body and frame over then next few weeks - it looks great from 10 feet but the truth remains to be seen.
I'll be starting a dedicated thread at some point but I wanted to introduce myself here on the LV owners list first.

woytovich said:
Well I have been trolling for an LV for a while now.

WOW! That things a beast. I love the light on the drivers side post.

Thanks guys... started my thread here:

Some update i (almost) finished it .She was kept in garage for 6 years!!! It's a custom fj45 made from a fj40 and a Toyota Stout Bed.