boozewz said:
Thought I'd chip in with my recently restored FJ45 Troopy.

Resto pics can be seen on the link in my signature. 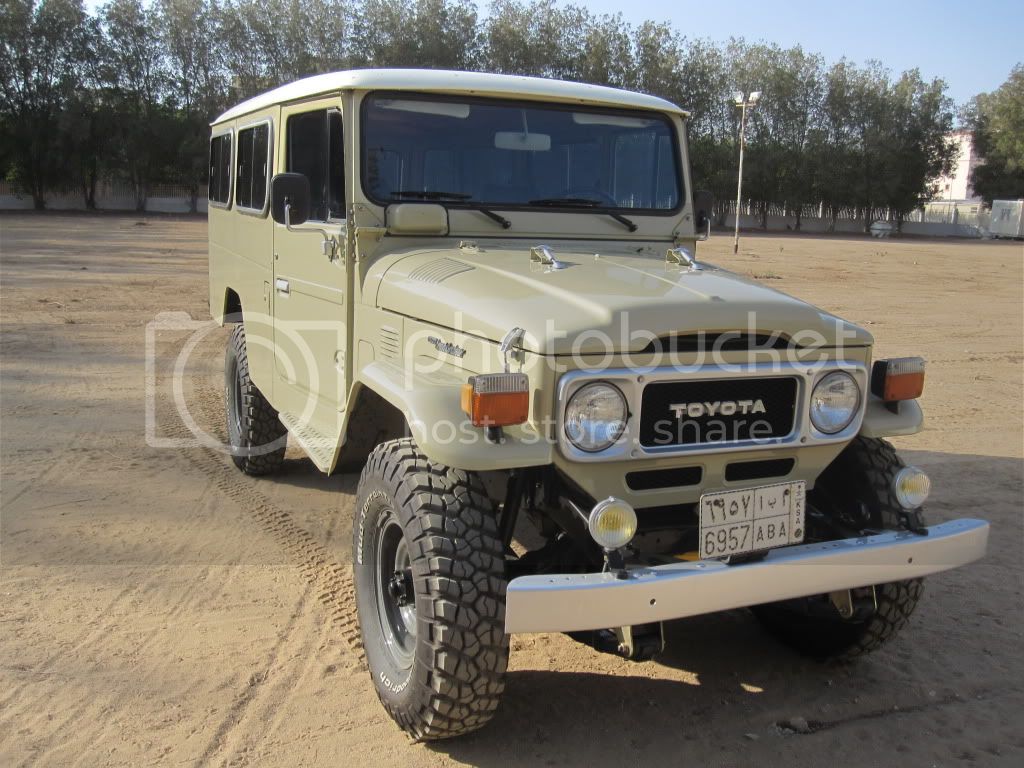 Boozewz, are those tires on your troopie 33" on solid rims? I am looking for solid 16" non-split but no luck so far

boozewz said:
Boozewz, are those tires on your troopie 33" on solid rims? I am looking for solid 16" non-split but no luck so far[/FONT]

Tires are 255/85/16 on OEM split rims. I'm looking for a set of OEM solid steelies, and they can be found here used in reasonable condition for an OK price. Just havent gotten around to looking.
Click to expand...

1979 FJ45 Troopcarrier.
2F with Extractors
Mod plated for 6 seats only
Owned for about 1 week
Is my current project to build back up.

I also have Little Red

Looking a bit sad at where: the bonnet latches to, where that meets below the window.

Here She is, but I have since put Sunraysia rims and Maxxis all terrains on her

I have a '63 short bed 45 that I've been neglecting for years and I reckon it's time to get back on it. If only I'd been born rich instead of so gosh dang good lookin'. It's got a 350, saginaw p/s, discs in the front. I just got her running again and the rear drums are froze up, so here we go again.

Finally back in the fj45 resto mode...

Sold a swb project back in late 90's and never forgave myself. Now, after many years of trying to aquire this one, I feel whole again. I restored/improved several fj40s back in college but my ultimate TLC is the fj45...especially the swb p/u! Needs a lot of work, but I have a pristine '78 2f motor, '76 axles w/db, ps plans, and cab and front end to upgrade from a '76 40. Better shape '74 doors as well. Tailgate is the roughest and some rust in back of bed under tailgate. Much worse if it weren't for dry utah desert air! Best guess is 1964...vin is 21249 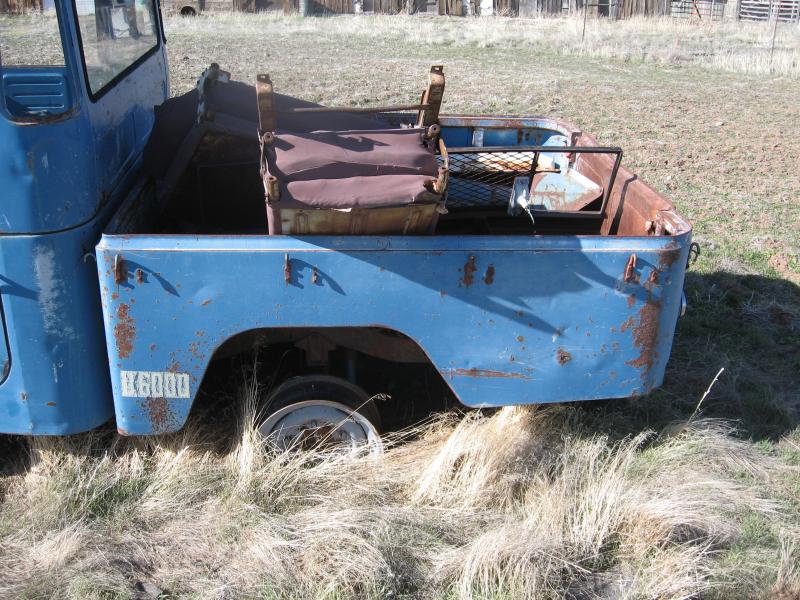 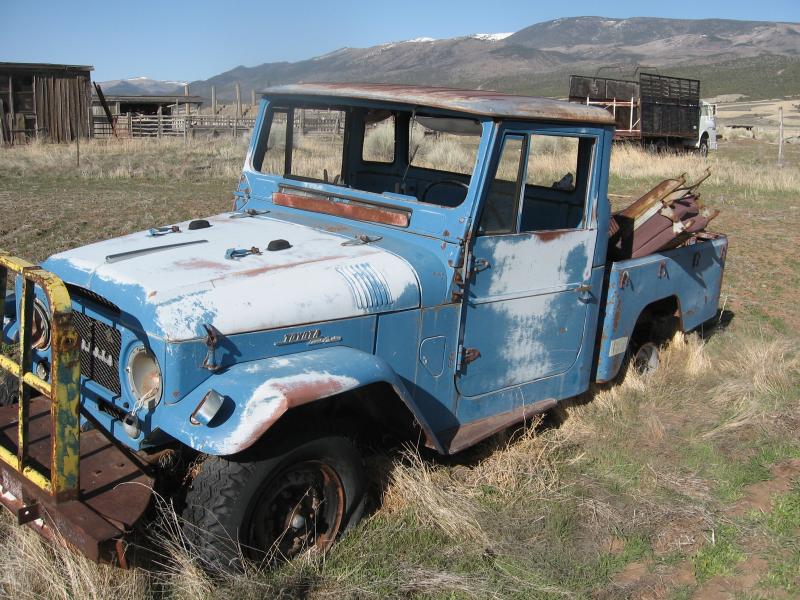 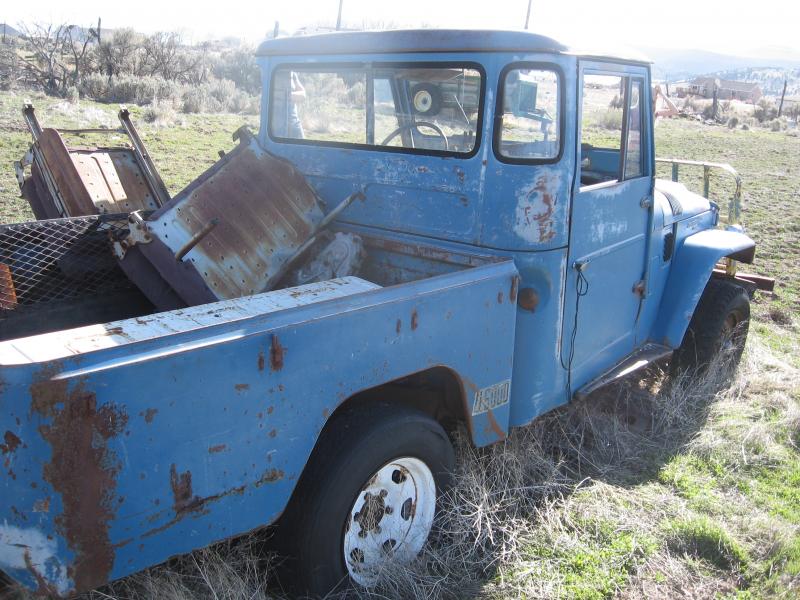 I just wanted to post a picture of my new FJ45. I am looking forward to finishing this project this summer. My last FJ was a 1981 FJ40 with factory power steering. I regretted selling that FJ40 minutes after it was gone. 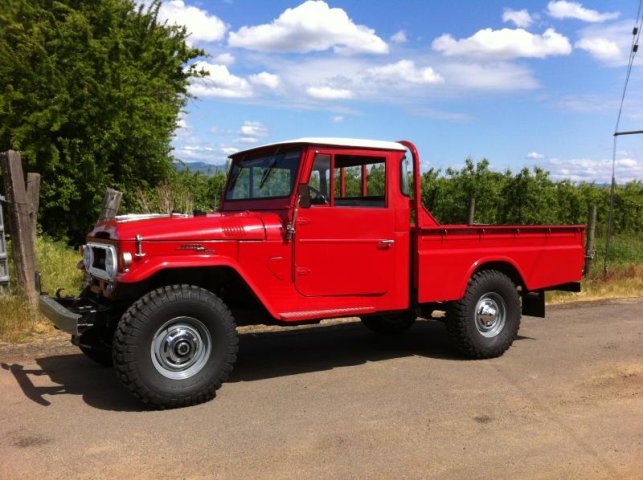 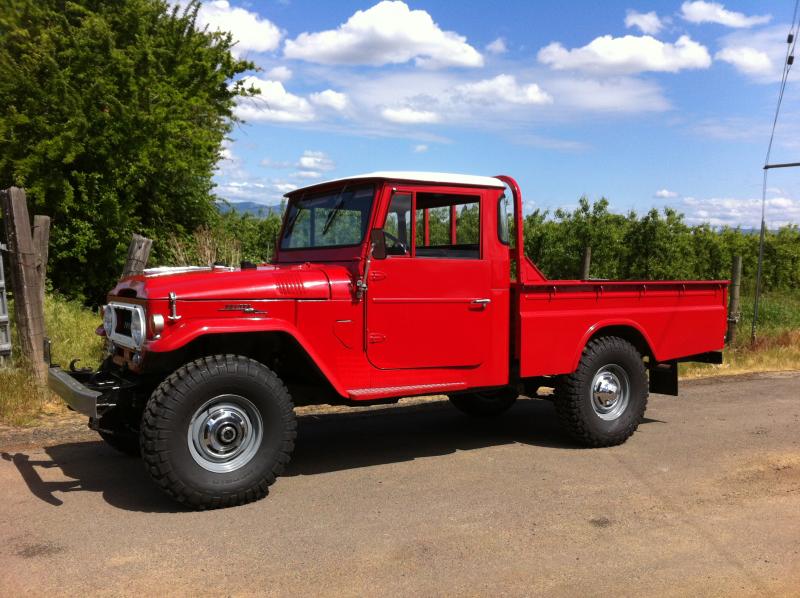 I've been lurking and reading up. I've got a rusty '77 FJ45 LWB that I bought sight unseen. It's not quite what I was expecting…but hey it's a 45 that will one day be back on the road.

I am hoping to fix up with my son & daughters. I am a complete noob to land cruisers, mechanics and body work—so I have my work cut out for me. We'll learn together. 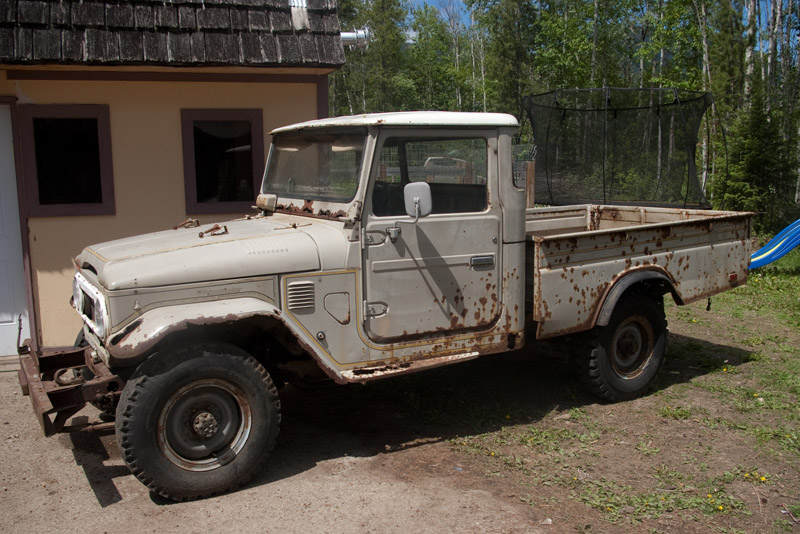 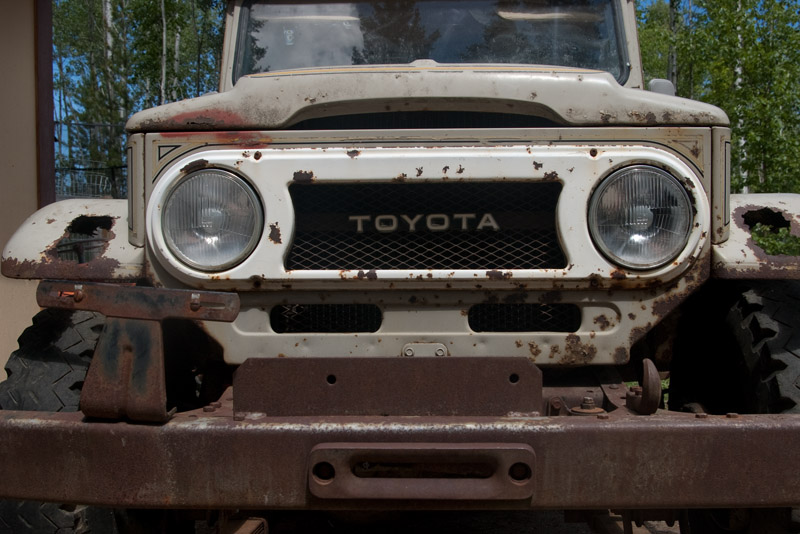 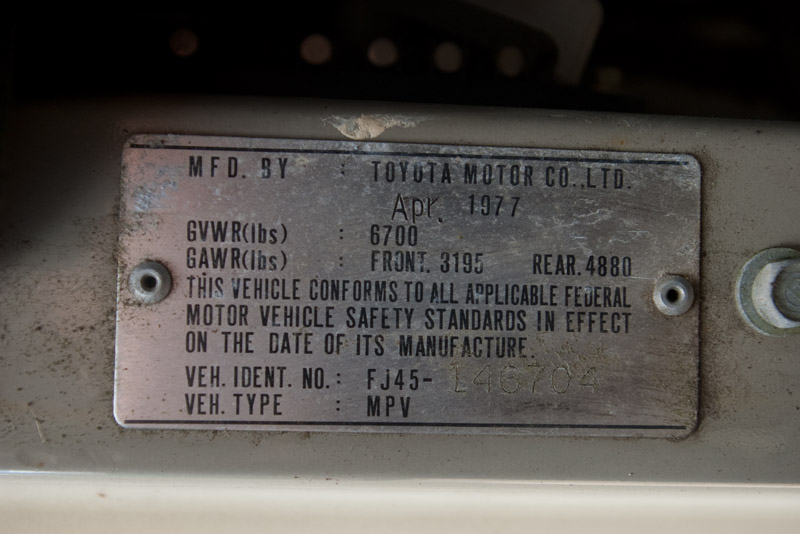 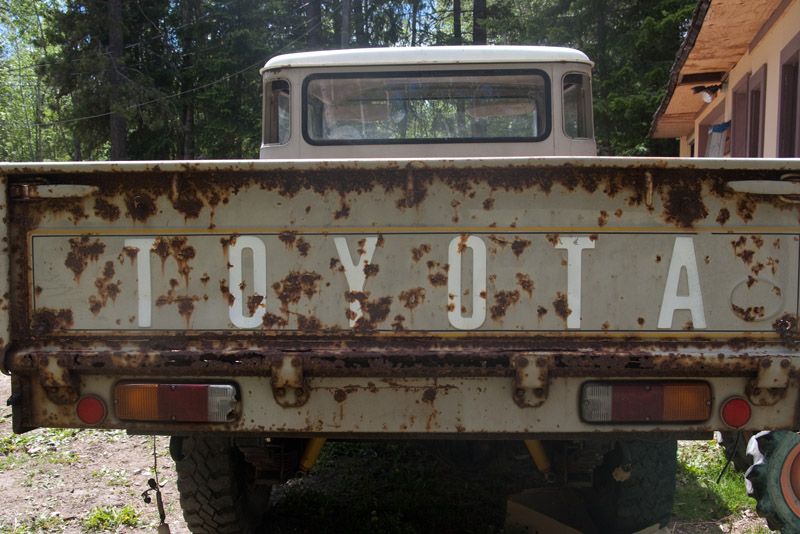 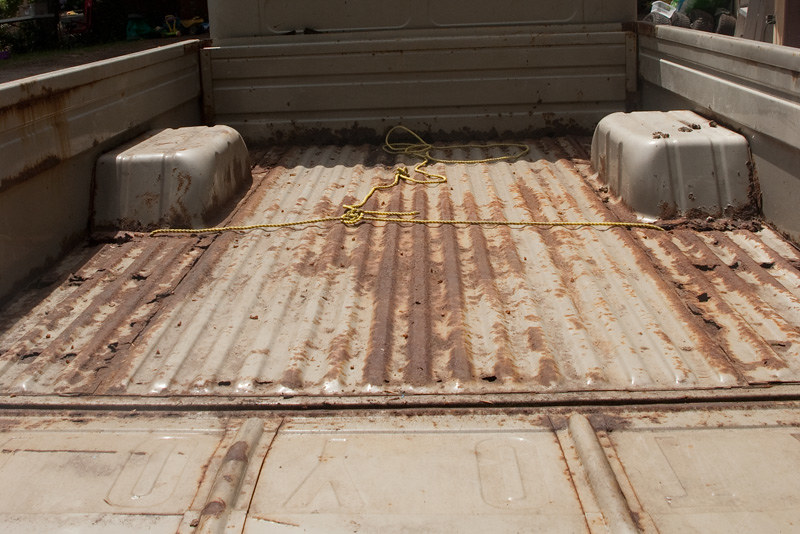 I may get a build thread going once we get started.
R

sharing some pics of my 1980 cruiser

it is very nice to be in this forum. this is my proyect truck, has just been lifted by repositioning the spring leaf on top of the axels. with transmission and transfer case replaced due to abuse and no maitenance at all by the previus owner, the snorkel looks funny but it will be replaced soon. she sit in honduras 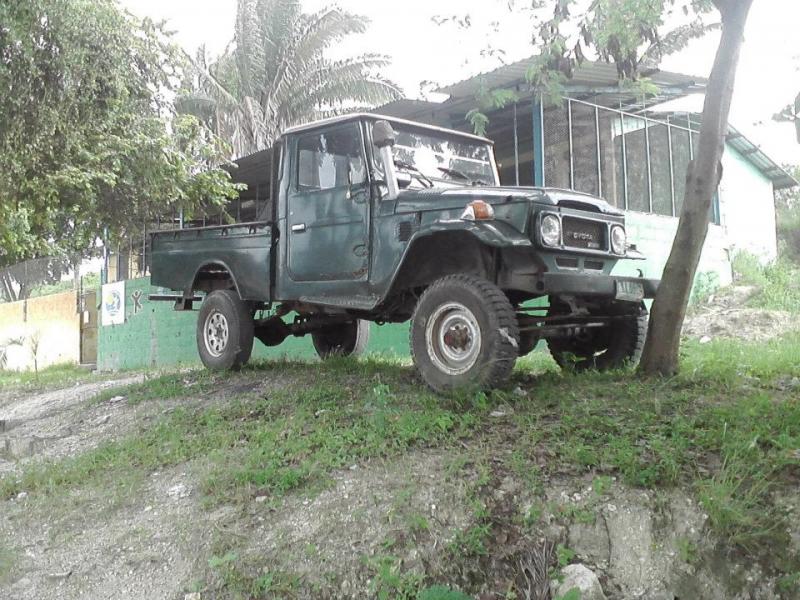 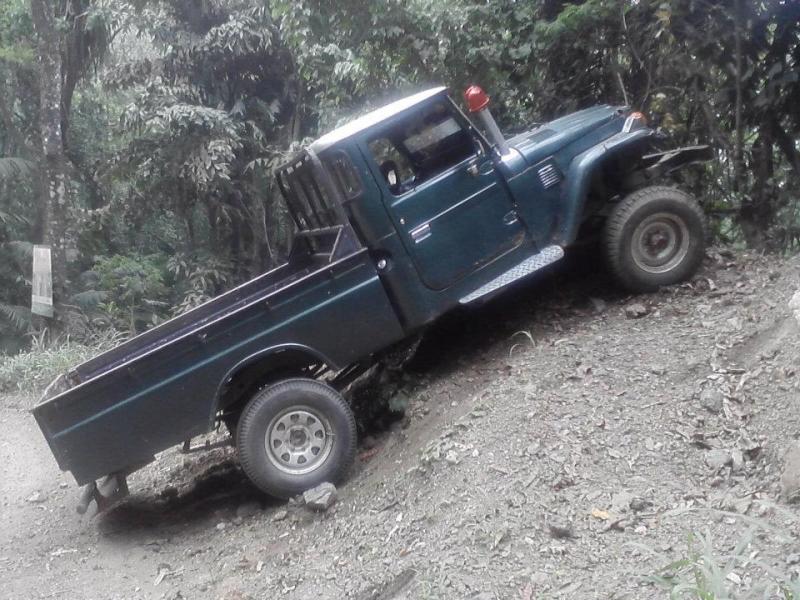 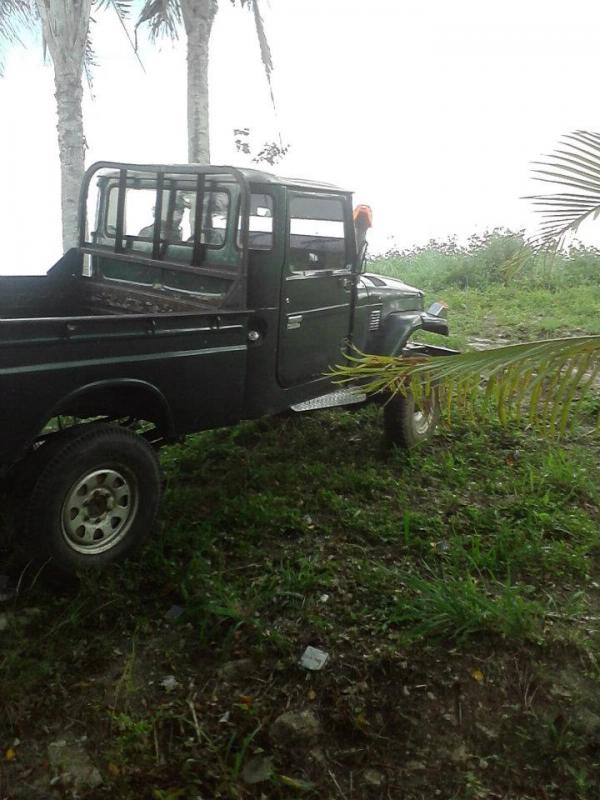 Undergoing extensive modifications. Soon to be on the road. 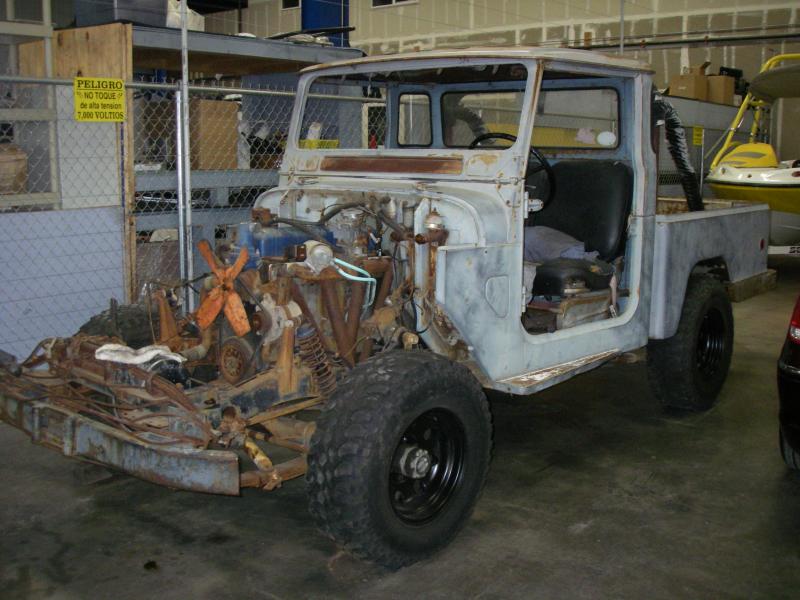 Getting ready for paint.. 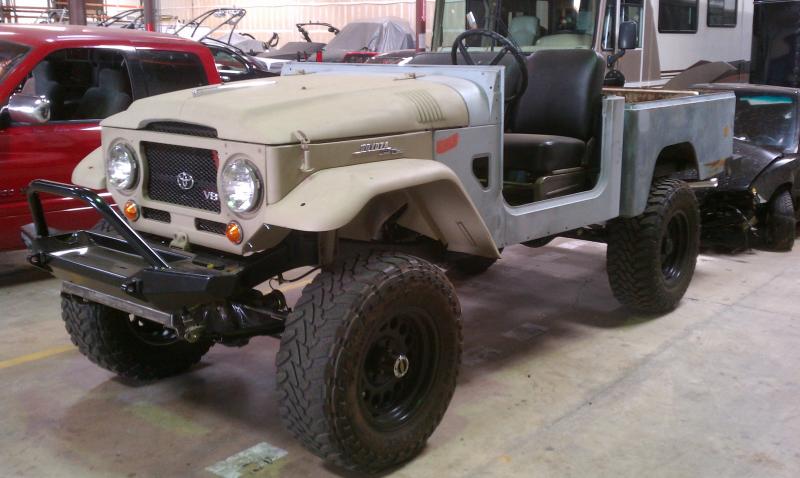 Well it just arrived site unseen other than the pics.,and have to say alot better than I thought after a good pressure washing and reading throught all the records that came with it the owner thought alot about this old girl.One of the highlights is that he had a $1800 engine major done in 93 so it should not be long before its running,will keep you all posted.
1967 vin# 4525779 matches title
there is a few places that the frame is rusted pretty bad but I have 2 fj40s so just have to cut and splice. The bed is not to bad and the body has very little rust worst is the drivers side on the lower door, floor boards are great and the records show he always took it to a shop to have most all repairs and he just put those new tires on in 95 and it was last licensed in 97 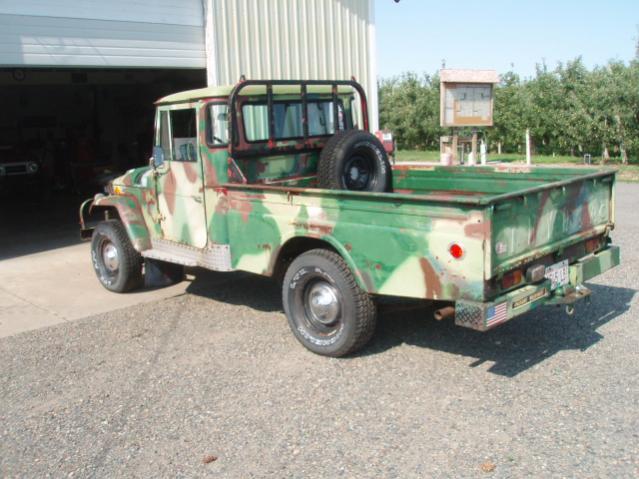 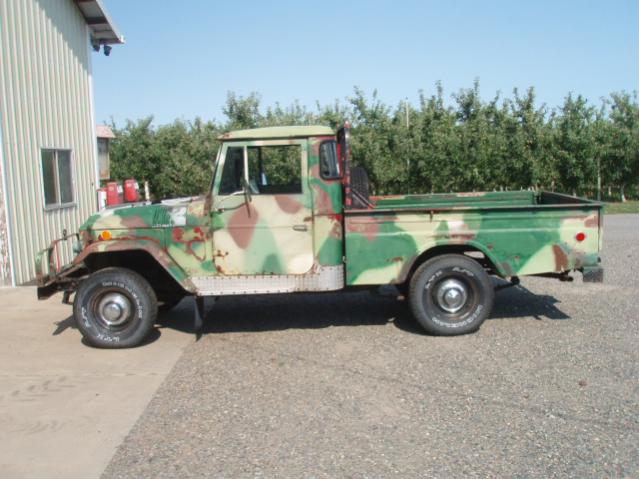 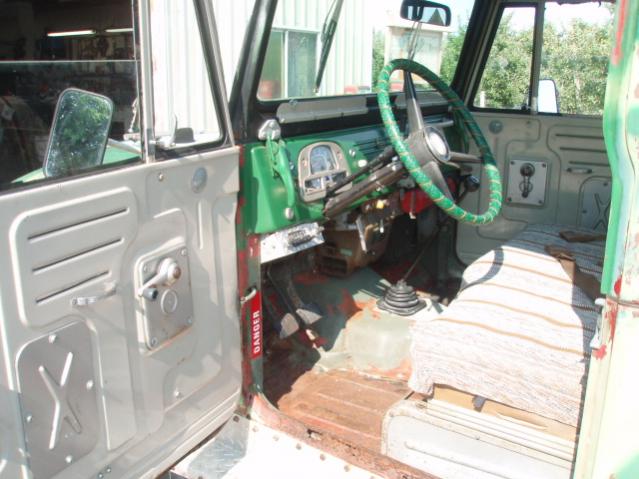 I bought a 76 FJ45 long bed (is that what you folks mean by LV?) yesterday. It has a 3B and 5spd swapped into it from. Vin: FJ45122181 Here's a shot of it the PO took for me before I was able to come take a look in person and buy it. The frame is solid, the cab is repairable but I may end up going with an Aqualu cab if that won't preclude it from being road legal.

Dave Versteegh did a lot of work on it in 2009, from the look of the receipts I got from the PO he got ripped off big time. Dave did the swap but thankfully by the look of things he didn't really touch the engine, I've heard he has a habit of blowing 3Bs up. The fuel cutoff is somewhat ghetto-rigged, it needs to be manually reset on the engine before starting, apparently Dave couldn't figure out where to put a spring on it so it would open when the cutoff knob is pushed back in in the cab. Engine runs great but could use a look over by a better mechanic (any reccomendations on someone near Owen Sound, Ontario?), it tracks straight going 50km/h on a level road. The tires are 33" M/Ts and are so close to brand new they may as well be. It came with a load of spare parts: dash cover, spare steering wheel, door panels, signal lights, etc. There's a few things I'll have to find for it but the PO had a fairly complete set of parts for it. Plans for now: Get it certified, plated, and insured, no mods until after I find and evict gremlins.
M

Sorry for the double post but I can't find the edit button, I meant to say the engine and trans are from a BJ70 that had about 180k kms on it and got ahead of myself for a moment there.
R

hello everyone, just want to share some pics of my bj45 almost finished proyect. its been lots of $$ invested but is taking shape, the green color im not very happy with but will have to do for now. still a few things missing like matching rear tires, mirrors and some lights. will share some more pics when is completly done.
R

After driving dang near to the Canadian boarder to get it, I just unloaded it tonight. It was originally from Alaska, according to the title.

Everything else is literally in pieces.


Wife likes it. She makes the cab look HUGE. 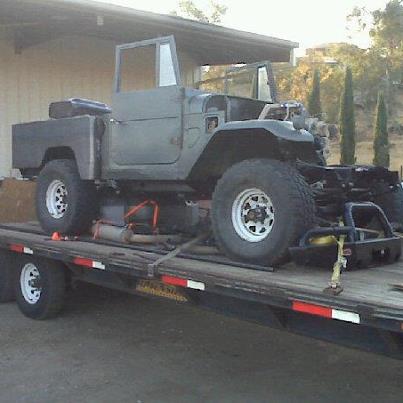 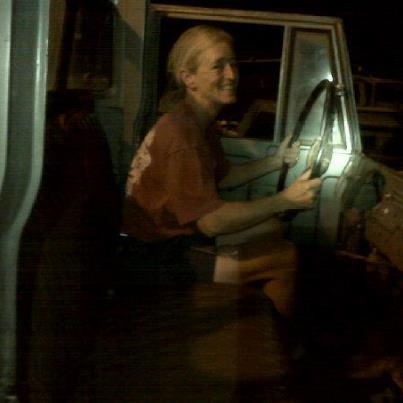 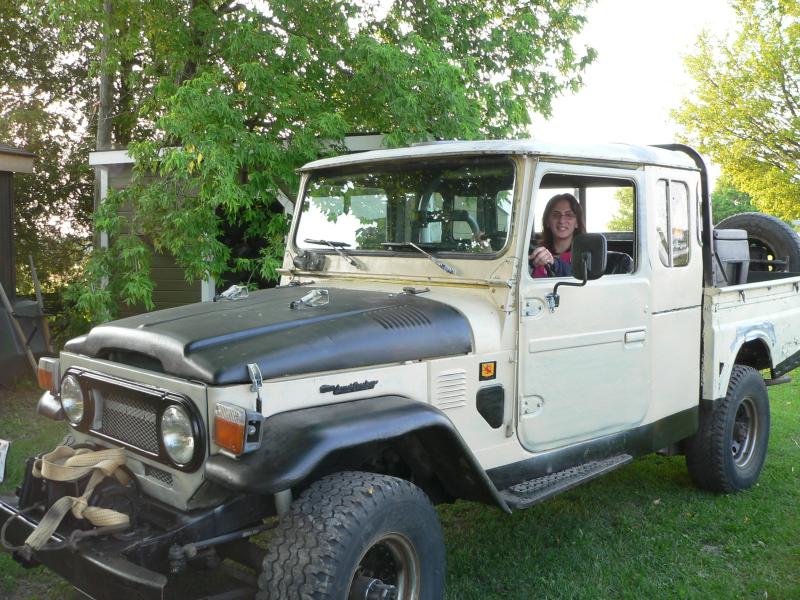