Early last week I noticed a lack of coolant so I added some. I hadn't noticed any puddles on the ground and checked under the hood, but couldn't see any leaks.

Arriving at work on Friday, I noticed a fast drip coming off of the bell housing. The coolant was low when I left work, so I added some before I drove home. When I got home, it was not only dripping out the bottom, but was sizzling as coolant was dripping onto the exhaust. The engine temperature was still fine driving home however.

This morning I added a little more coolant and started it up. I removed the rear exhaust insulator from the manifold to get a better look at where the leak is. I was able to snap a few pics (though almost got a good amount of coolant in the eye in the process).

This is the view from the top. It's the back of the engine.

This is the view from underneath. You can see where it had been oozing out, but is now clearly shooting out.


This is my first landcruiser and I have really not been impressed. I bought this thing figuring that the terrible gas mileage would be made up for in reliability. I ablsolutely destroyed the 4runner I had in high school and it still runs fine (though I don't own it). The PM I did on that thing consisted of cutting of the bumper valence. The cruiser, on the other hand, I have done a lot of work on and it has been a pain in the ass.

This is my first landcruiser and I have really not been impressed.


That's very low mileage for a rebuild. Sounds like the truck was abused. Who did the rebuild?

I don't know much anything about the previous owner, but based on receipts it was dealer serviced fairly regularly. I bought this thing off my parents. They had the rebuild done so I don't really know much about why or what they did. It was done by Wagamon Brother's in Minneapolis. Apparently it sounded like a coffee can of bolts on start up and the whole truck shook violently.
'77 FJ45
R 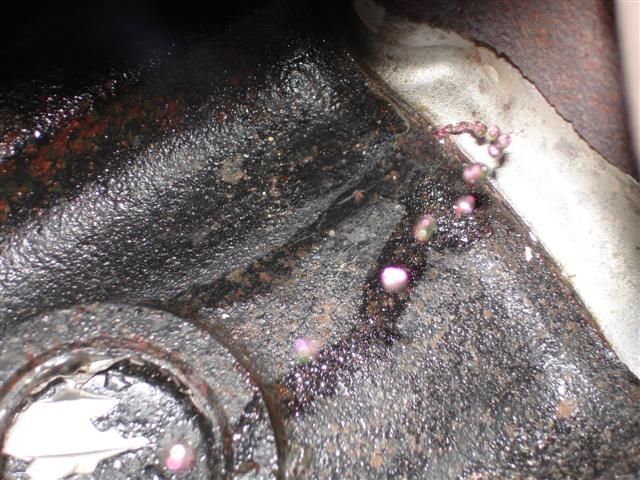 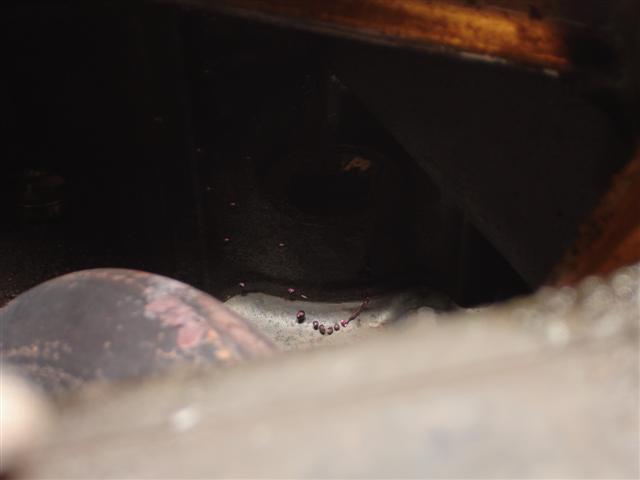 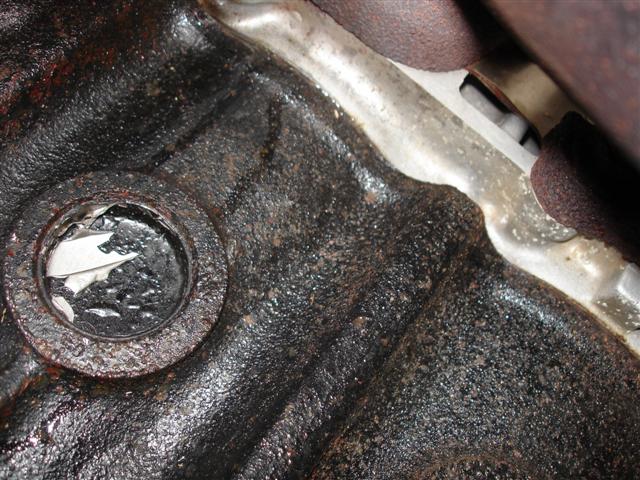 Nice action shot. Video would have even been better. Sorry to hear, wish you luck...I also think there is a good vehicle hidden in there somewhere.
Senior Fellow, Mud Think Tank

neat pixes. this thing is really shooting out....
sorry to hear that.
good luck

You have a head gasket leaking externally. Since the engine rebuild carries a warranty, you should take it back to the mechanic and ask them to replace the HG under their warranty.

I'm hoping the warranty covers this, but the only problem is that the shop that did this work is about 1,500 miles away.
'77 FJ45

Wow, sorry to hear of this. FYI, I've caught up with all DVD shipping and orders now ship the same day. Hopefully, a 2 week vacation and doing another HG will not ever coincide with each other again.....

Agree you should have a conversation with the rebuilder and send them these pics. The one with drops actually shooting out is a hoot.

My LC has full service history and has now covered 110,000 miles should I be thinking of changing the head gasket just to be sure that it does go when you really don't want it too, it was made in March 1996 4.5 petrol and has been converted to LPG 7000 miles ago I have read that when running on LPG it burns hotter than petrol, I wonder if this can burn out valves quicker? any suggestions.
C

So......it's been almost a week. Inquiring minds want to know what happened?

And here I thought those globules were, Kool-Ade in space pics.
Hope everythings works out with the HG.
1976 FJ40 - See Build Up Thread Here:
http://forum.ih8mud.com/showthread.php?t=125665
P

Sorry it's taken a while to reply, but well, it took a while to get fixed. I am finally back on the road in good shape.

Here's what happened:
It took a while to get fixed for several reasons. Primarily, I had to coordinate between the local dealership which was doing the repairs and the shop in MN which was covering the costs under warranty.

I had the shop in MN supply the parts and had them ship them to the dealership here. I got the UPS tracking number and it showed it as being delivered to the dealership. I called the dealership and they said they didn't have the parts. It took about 10 minutes to explain to them that the parts where not coming from the Toyota supply system, but rather from this other shop. They still insisted that they didn't have the parts, though I informed them that apparently "Lee" had signed for them. I then spoke with Lee who seemed angry and said UPS had obviously made and error, until I was able to get him to look and see that, low and behold, the parts had arrived. I asked them to double check that everything was there and let me know I they'd need to order more parts. I assumed that they would actually did this, though I would later find out otherwise.

This was on a Wendesday. The mechanic got started on Thursday and called in sick on Friday. Little delay, but no big deal. The following Monday the dealership called and said that they wanted to send the head out to have it checked. This took a couple days, but it turned out that it was fine. It was supposed to be done that Friday.

Friday morning I get a call from the dealership that they are missing parts. Apparently the shop in MN only sent the actual HG, not the other random gaskets needed to take the manifoldand throttle body off. I guess I should have specified earlier that I wanted them to check that they had all the parts before they took it apart, not as they were putting it back together.

Finally the parts arrived in the middle of the next week and they put it back together. I picked it up 2 1/2 weeks after when they originally said it'd be ready, but I'm just happy to have it back at this point.

It turns out the HG was only an external blow, as Beowulf guessed. I am a little upset at how long it took and would have done it myself had I known, but it is nice to have it back again.

Though I am still trying to get all the money from the place covering this repair under warranty, I feel as though this chapter in my 80 novel is complete. Now I can finish up the drawers I made for the back, add another fusebox and an inverter, finally wire up my CB, and fix the passenger side airbag.
'77 FJ45
You must log in or register to reply here.

B
Which lugs nuts ?

Messed up HG while attempting to reseal timing cover
2 3