I've got a locked & loaded 97 LX450 in Chicago that I'm going to be putting up for sale shortly due to a little life hiccup. Great truck, super happy with it, incredibly reliable, I'd drive it across country without hesitation, blah blah blah you guys have read the same high praise for a posted rig a hundred times over.

I'm out of town and will post pics when I get back this weekend.

- 190,XXX on the odometer
- Fully loaded (only option it didn't have was heated seats... it even had the Lexus phone in the console)
- Magic button/locking diffs
- ARB Winch bumper in front (no winch)
- Heavy/Medium OLD MAN Emu set up from Slee (will post specifics shortly)
- 305/70 Cooper Discoverer STTs w/15k (love these, BTW)
- Scion Deck (replaced factory Lexus stereo) w/new Polks all around w/USB slot in dash for phone and new subwoofer in console
- DVD player in place of Lexus CD changer in console
- Land Rover Discovery cup holder
- Husky Floor Liners (not a big fan of these... should have gotten Weathertechs)
- No running boards (removed and replaced with front mud flaps off an LC
- All service up to date and all records the last 5 years (155k until now)

Never offroaded other than a few potholed streets in Chicago.

I just ordered a set of centercaps (2 are missing).

Only current issue right now is that the drivers side window is moving slowly. I'm getting that addressed next week and having the truck gone through to make sure it's worth the asking price mechanically.

- There's a nickel sized hole in the drivers side bolster, and some wear around that hole (pic coming)

- The installer (not me) did a so-so job on the Scion deck install. He trimmed the dash a little with a Dremmel, and didn't have to. This led to a gap around the stereo which you can fit a quarter through. Not bad, but wanted to mention. (pic coming)

- Inside both sections of the console, there are 2-3 quarter sized holes where the Lexus phone used to be mounted/wired. I've covered them w/tape after losing about $200 worth of change.

- The trailer hitch (which I've never used) paint is bubbling off, and the wiring harness back there got pinched at some point, so if someone wants to wire up trailer they'll probably need to get that checked out first


Cheers, thanks, and comments welcome.
M


Sent from my iPhone

Sounds nice and priced right if not rusty

He posted one on my thread and said he'll take more. Here it is 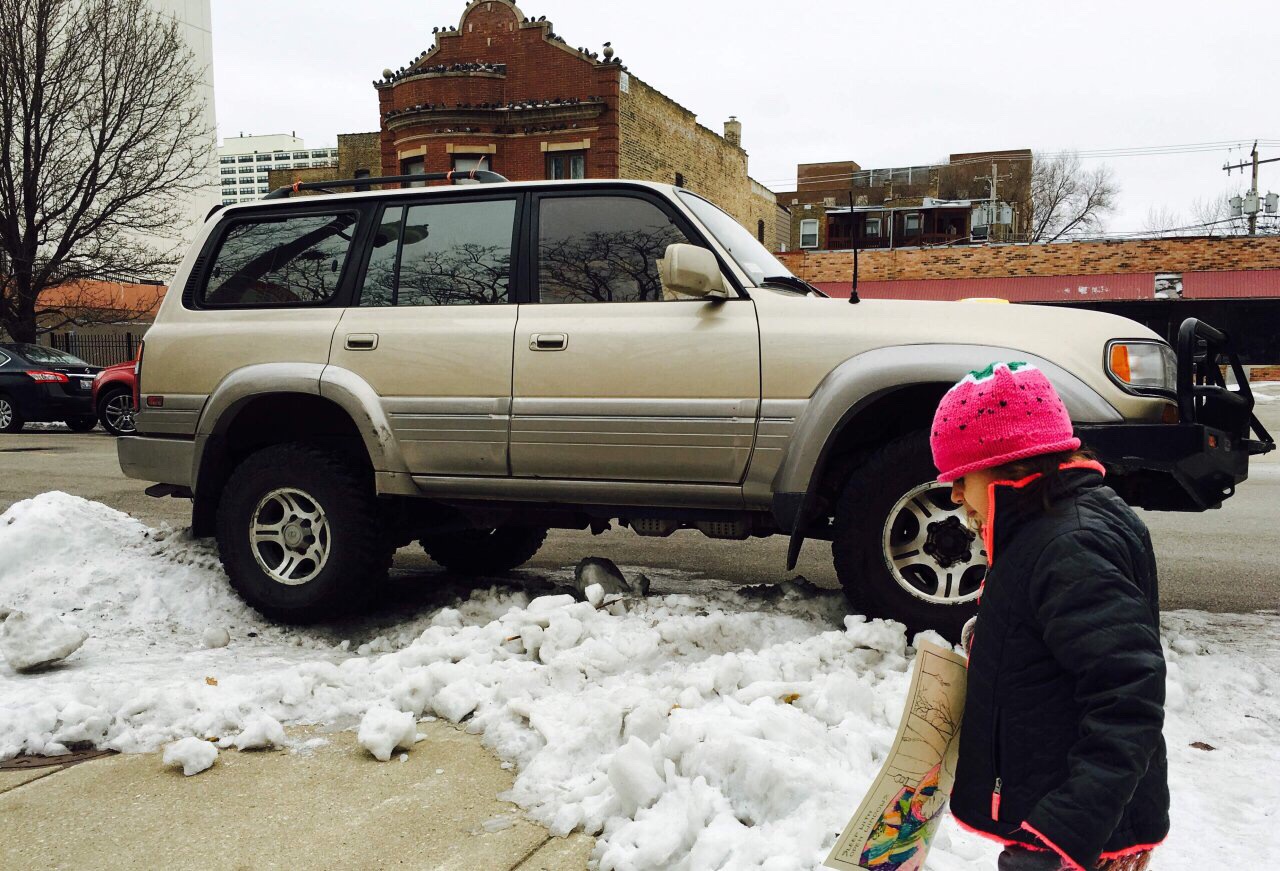 Sent from my iPhone

I'm in schaumburg and would like to check this out when you get back in town.

I should be getting back it late tonight and will dropping it off tomorrow morning. Thanks for your patience.

Alright Gusalo, there has to be a civilized way for us to handle this. Who has the better sob story? I just lost my LC to an inexperienced teen driver. I've tried looking at more readily available replacement vehicles (non-80's) and my wife is having nightmares that I'm asking her to date other men. Translated: she equates getting anything other than an 80 with infidelity. I need this truck.

Wow. Pics of my old girlfriends would not help sell...anything.

Just got home. Here's a couple shots of the exterior. 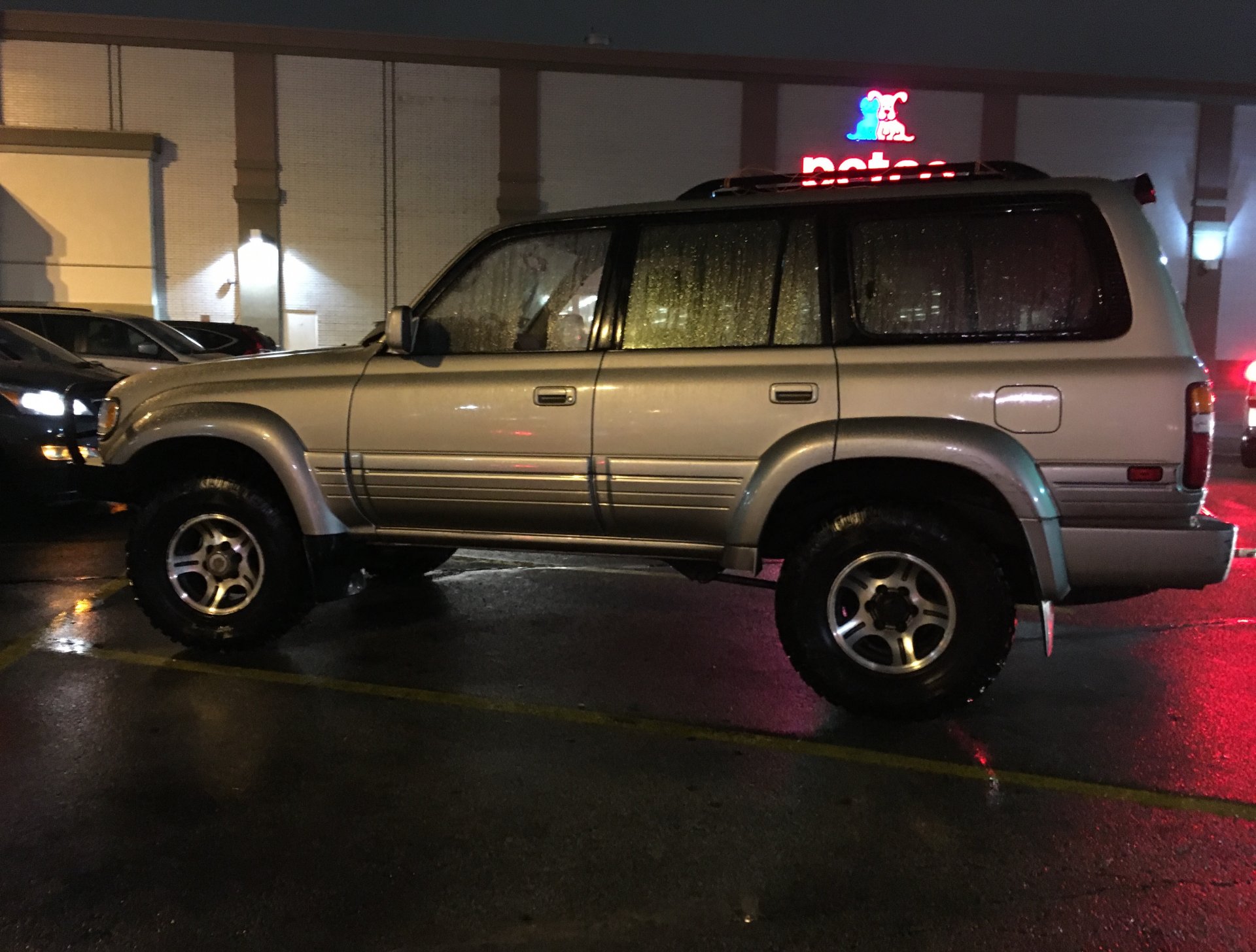 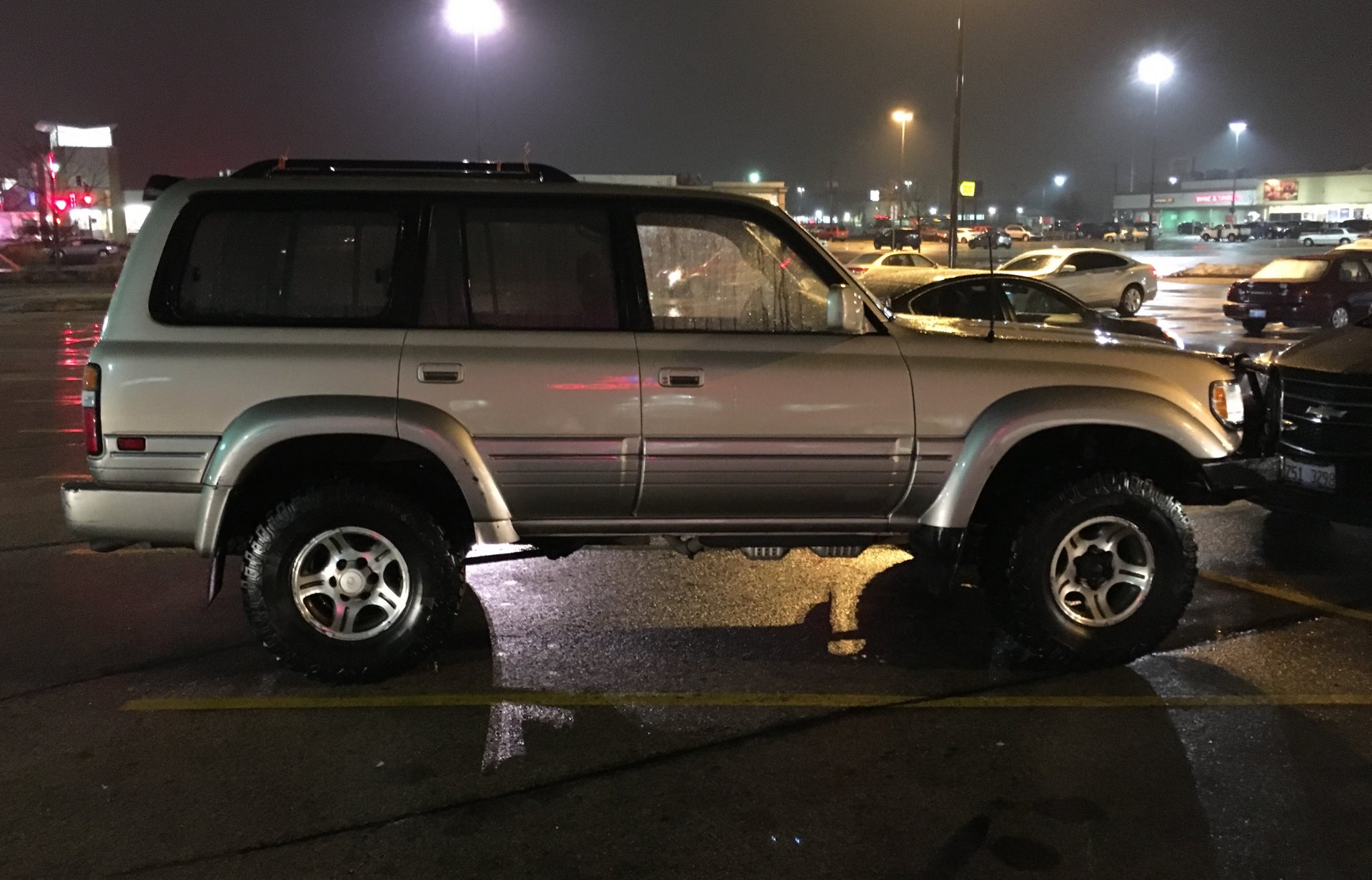 I had to Google that.

It's got a catalytic converter and passed emissions testing in Illinois a few months ago.

Trade for a fj40 with a built small block, new 35s? It's my daily driver Colora 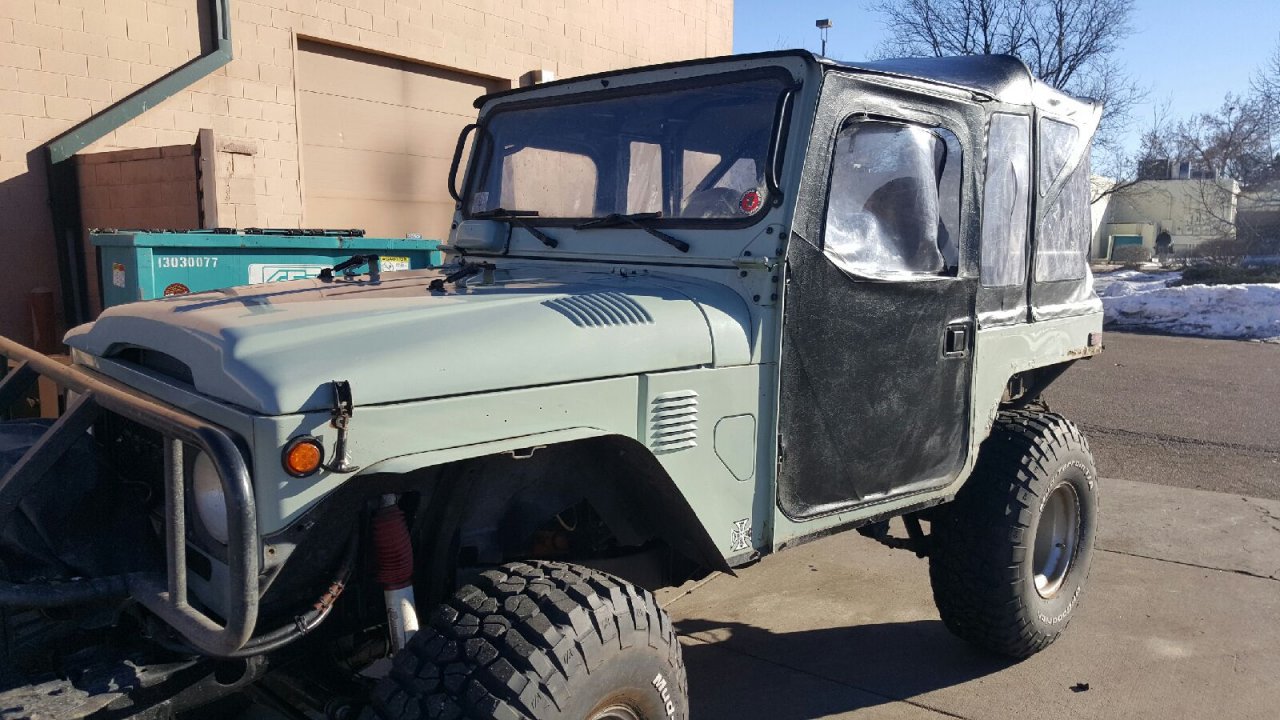 Thanks, man. My life hiccup involves getting rid of toys, unfortunately. I'd love a 40 to be my DD, but I have to drive clients around and some of them wouldn't get it.

Update: got a virtual handshake to purchase from another Mudder. If anything changes I'll bump.

If the deal falls through pm me please. I am in the South Bend area and looking for another cruiser.

Truck is SOLD to a Mudder.

And... I'm lready dealing with a serious case of sellers remorse.