Long time Toyota owner, first time cruiser.
Triple locked, 247k , other than having a very low stance because it's sitting on 235/65/16's, it's stock.
Oil pan gasket has a small leak. Shocks are gone. (Rides like the Uncle Buck's Mercury Marquis) Driver's seat was stuck in permanent recline (turns out someone removed the motor from the housing and reinstalled it empty.) Front seats need recovering. Rears are cracked. Third row is like new. Sunroof doesn't open, Passenger rear door card has a tear in the vinyl. Most of the "woodgrain" is warped or discolored. It has not been washed for several years. Body is surprisingly straight. Other than the driver's side quarter, which was repainted at some point, the paint is pretty faded. One small spot of surface rust on the upper hatch at the bottom of the window. Floppy driver's visor. Scrapes on the fender flares. Right tailgate stay is missing the bolt on the hatch side. Broken antenna mast

So far I've removed and cleaned the carpet. ( Found $3.66 in change and enough Cheerios and Goldfish to sustain a family of mice through the winter) Got the drivers seat repositioned so that I don't get a core workout while driving it. Pressure washed 3 years of grime and mildew from the exterior and done a test polish on the hood paint. 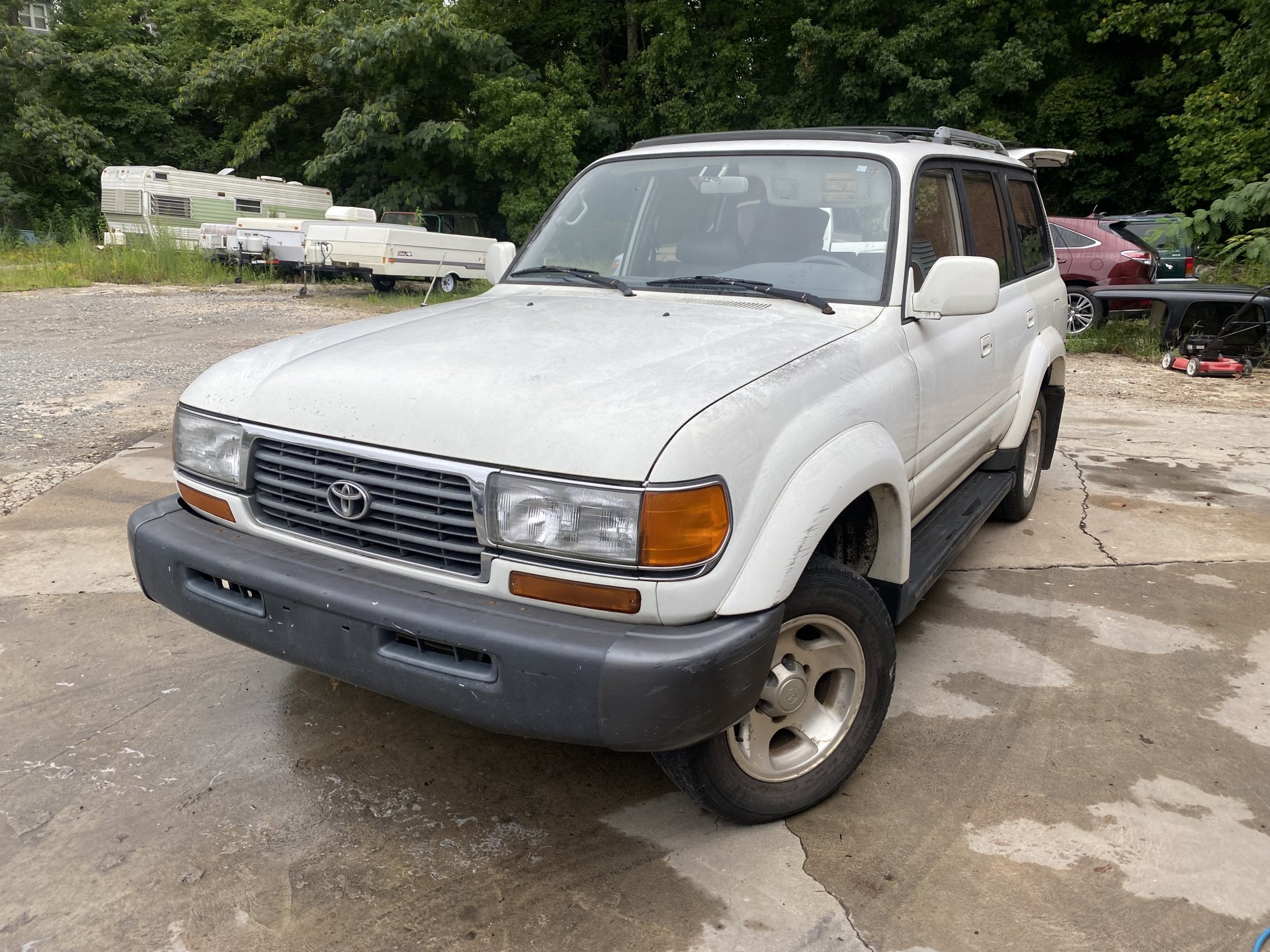 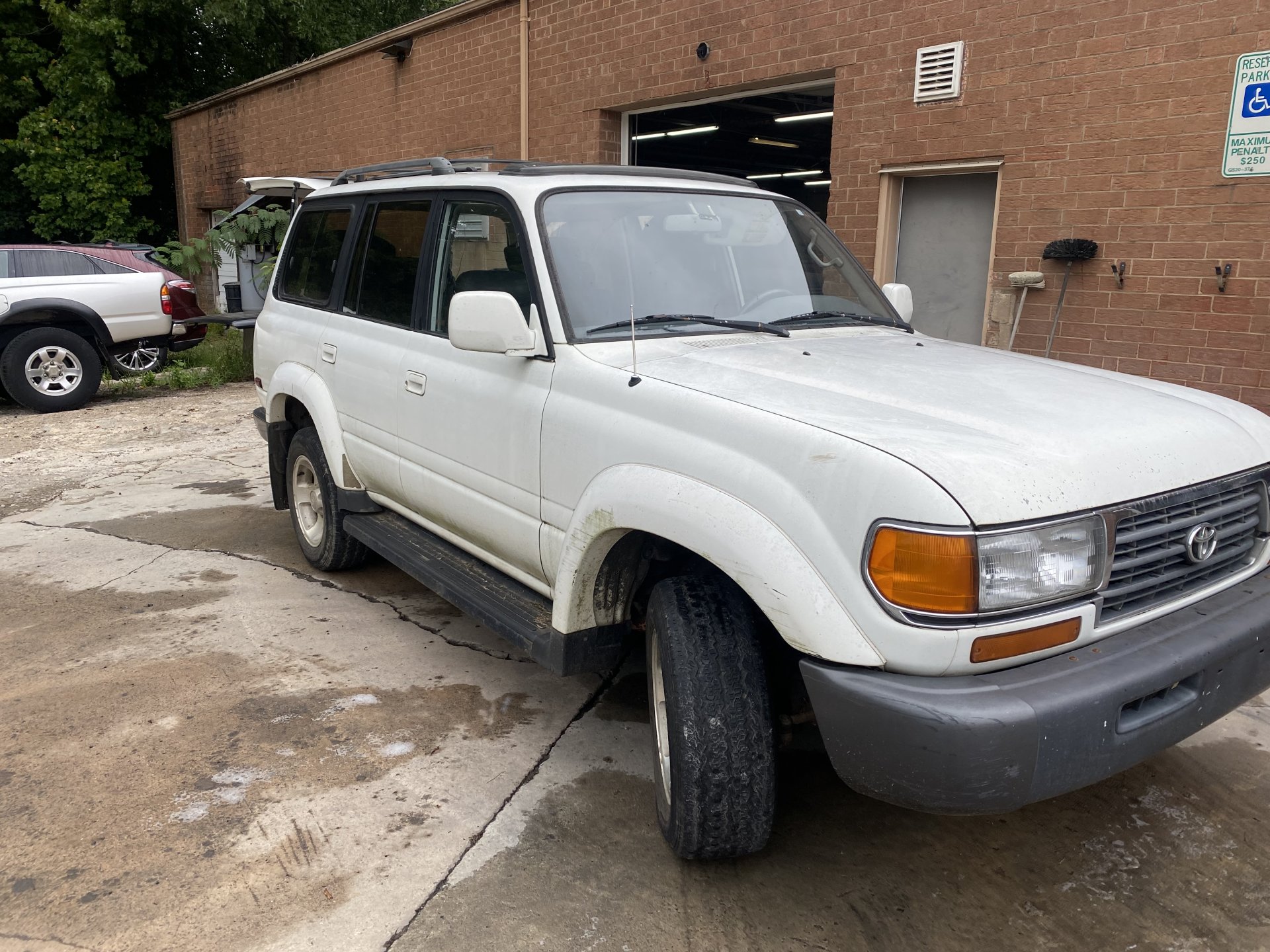 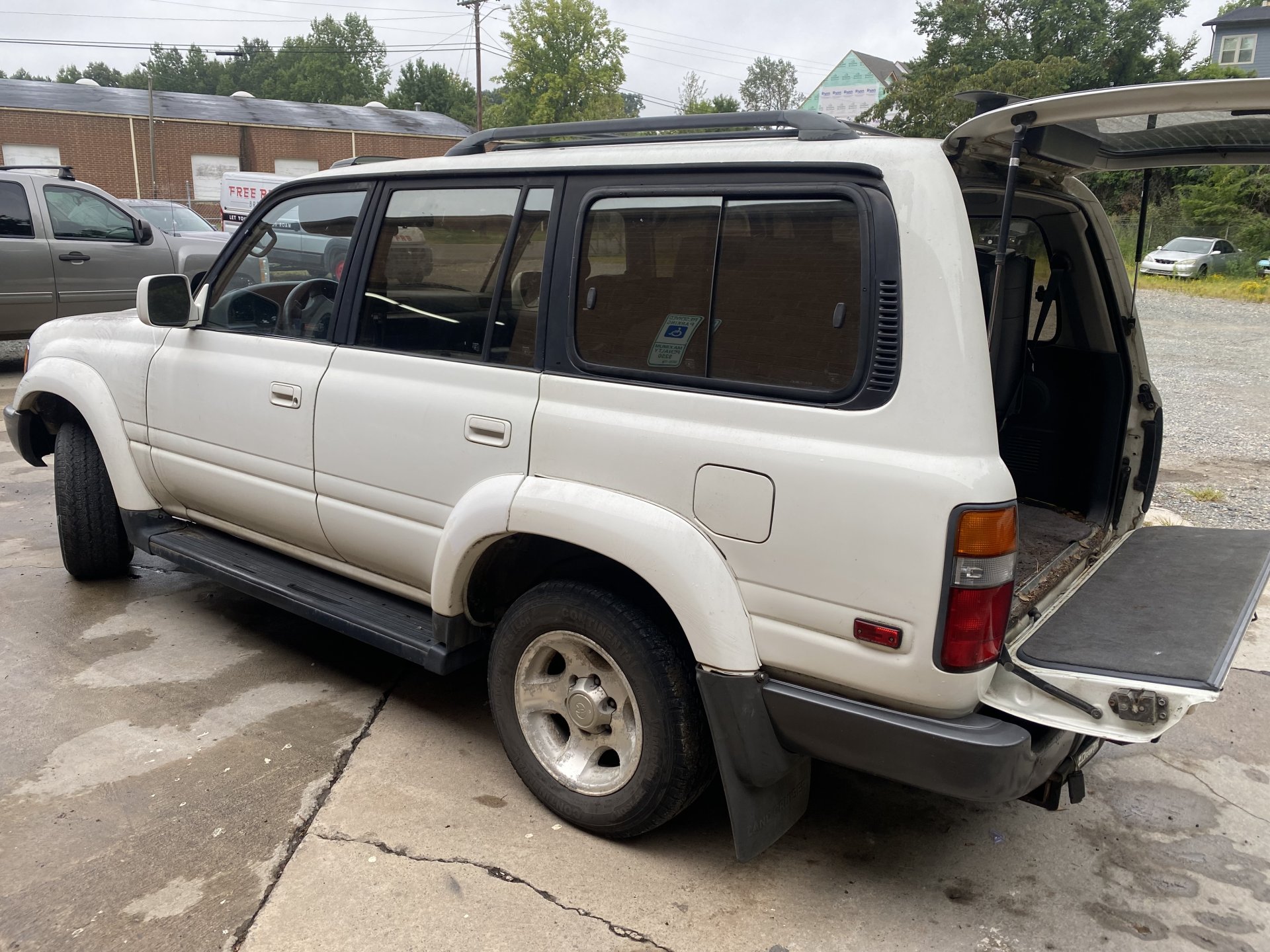 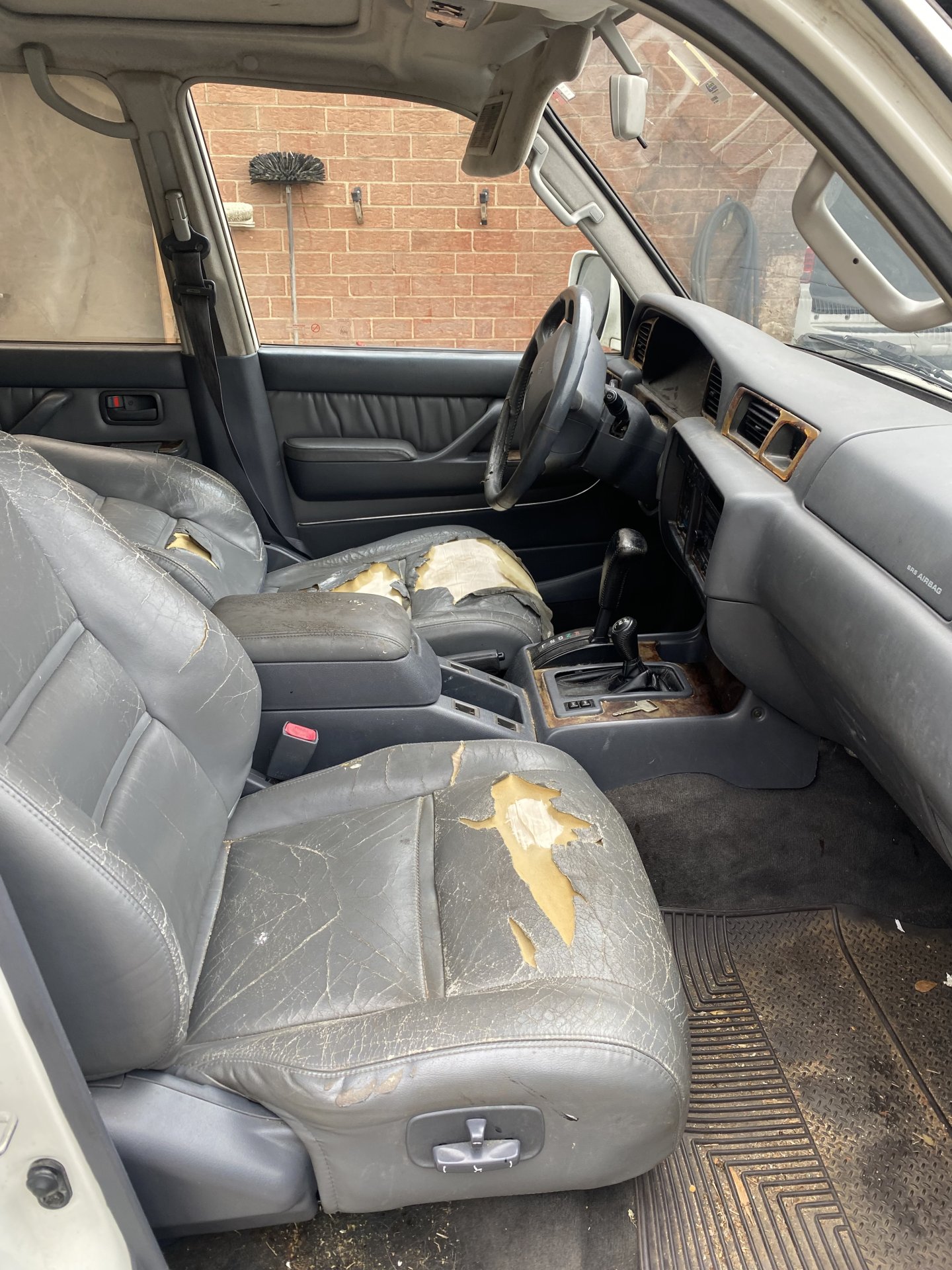 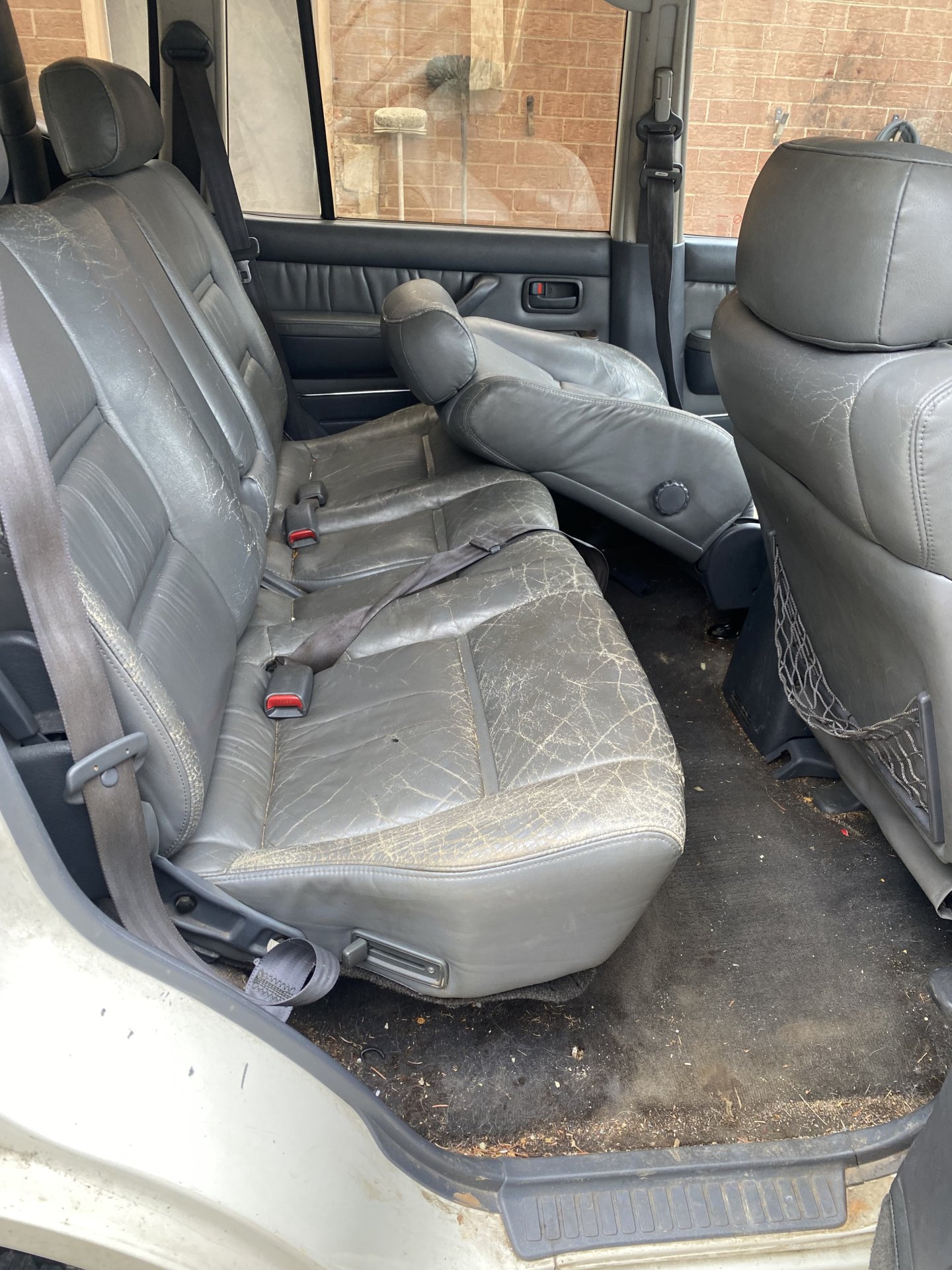 Shop-vac to the rescue!

Found some. And there are some OEM overseas versions that have an adjustment screw to tighten them.
C

Congrats and looks like you got an easy one! You can do everything twice or you can do it once .. but i recommend you pull the carpet and clean it on a tarp. Mine came back to new looking and mine had a lot of grandkids trips in it. Great time to run the wires for your seat heater install and for you to put in another fuse box to manage it and your other later additions.

You will never feel clean until you remove all the previous owner out of the vehicle.

That white will polish up very nice.

I got a brand new driver's side, OEM. It wasn't cheap, but it's nice. I even did a thread here.

Well, if it's any consolation. The difference isn't too dramatic. I'll take a working visor even if it was purple with pink polka dots!
'97 LX 450 3x locked
'19 LC (Brandywine) 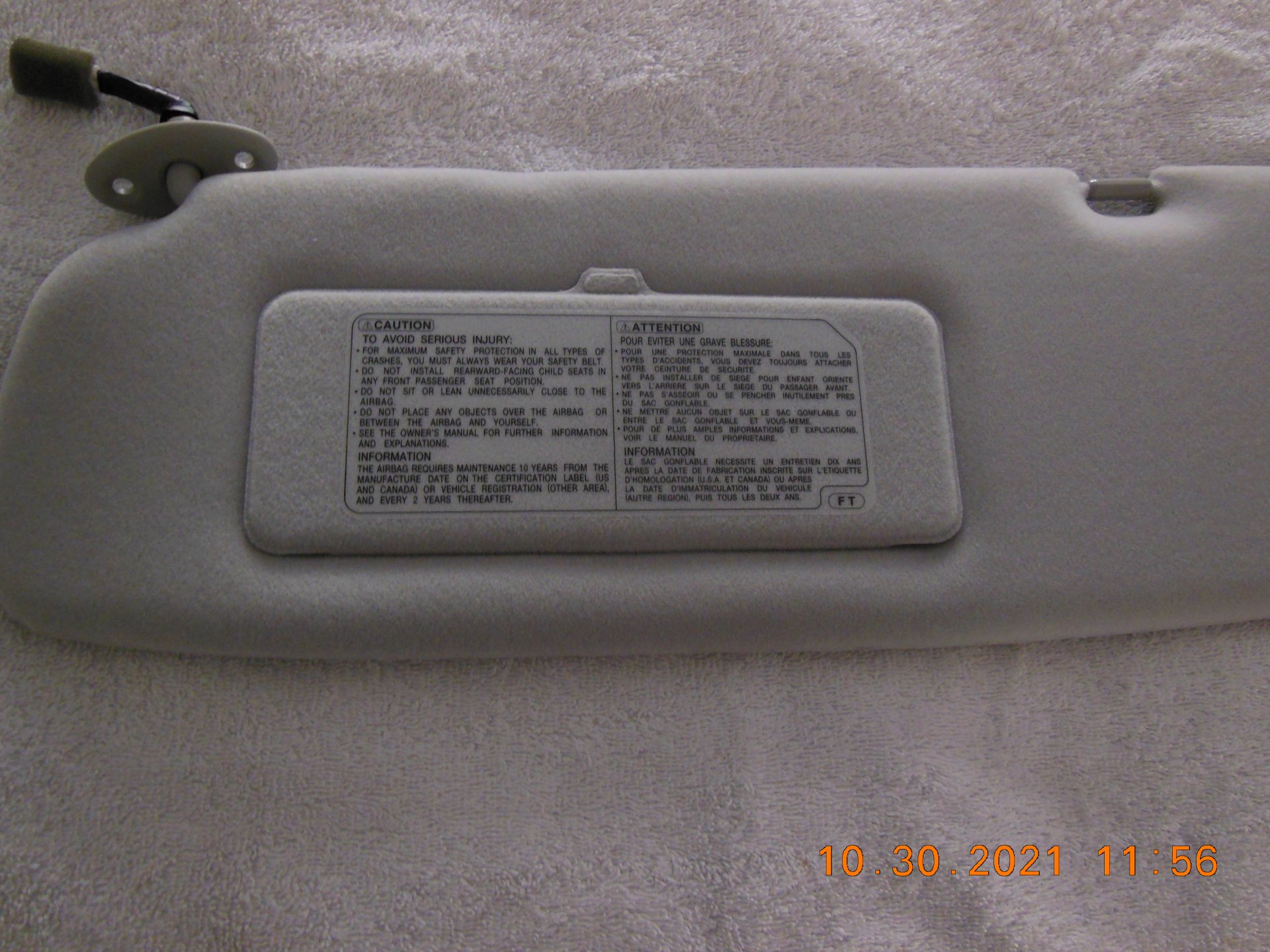 I'm not technically sure what the color is, but, that is what I'd call it.

mine is a Lexus. I MUST have a vanity mirror for when I attend various chardonnay wine tasting events.

This one is gray

Wednesday at 8:09 AM
Halfpint

R
New here. just picked up a 96 cruiser and was looking for suggestions?