i've been working on a new knuckle and high steer arm for a while and it's just going into production. it's a new casting of the knuckle with a large top area to accept a beefy high steer arm and the entire knuckle is thicker and stronger. the abs sensor boss will be relocated so you guys with street legal requirements wont have to worry. these are being made in america at one of the best foundries around. most of the kits will probably go under a buggy or truck/ 4runner, but i want to be able to serve the entire fj80 community. the arms will also have 2 holes per side in case any rhd guys want them too. the only thing i haven't figured out yet is what to do about fj80 panhard bars getting in the way. it shouldn't be that big of deal for the average fabricator to figure out, but eventually i'll try to come out with a bolt on solution. so what do you say? are you ready for the next big thing in the 80's market?

Do you have any test results to show it is stronger?

i suppos your going to want 1100 per side too right?

All that and no pics?

If this is for real, this is a great thing and will totally change the way people use 80 series front axles.

The fact that the steering arms bolt to the bottom is a major limiter in terms of lift and proper steering geometry.

One thing I would ask for is a 6 stud top mount like the "6 shooters".

Likely the mini-truck crowd will be all over this for high pinion swaps.

If it moves everything in front of the axle, is bolt-on, and keeps the ABS sensor operational, I'll buy one.

This would really be cool. Any pics? Price point? I assume those exist if you say this is going into production.
B

They are pretty easy to make, this is mine and I made it out of about $100 in materials. Obviously it is right hand drive but essentially it is identical to what you would need. 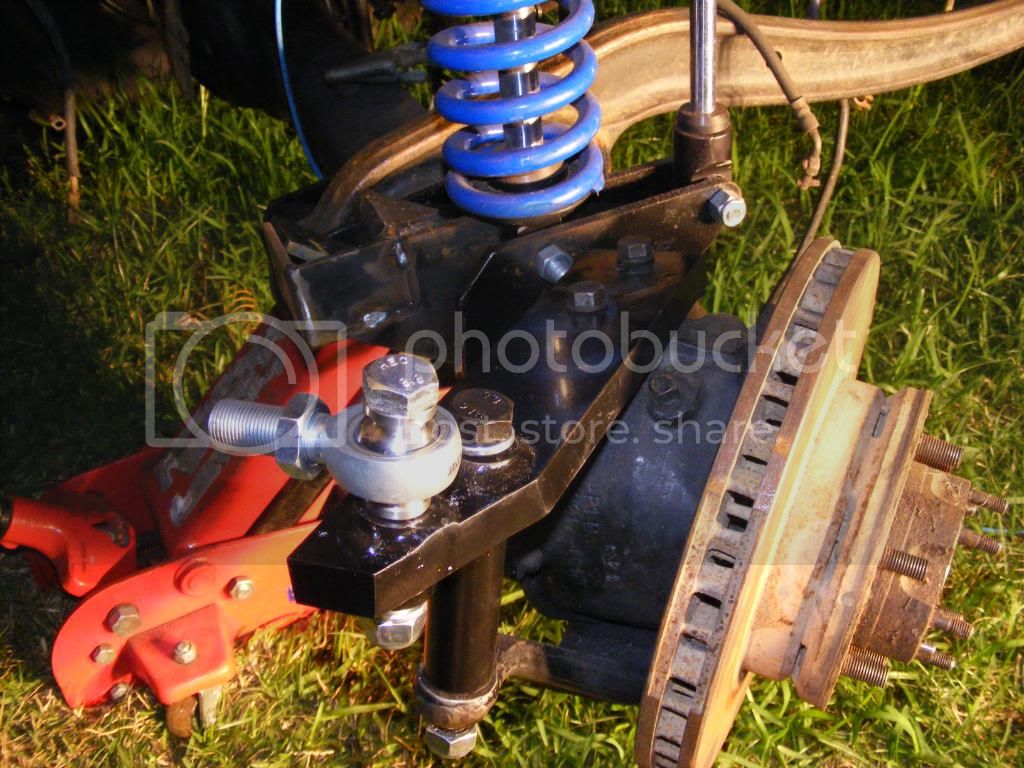 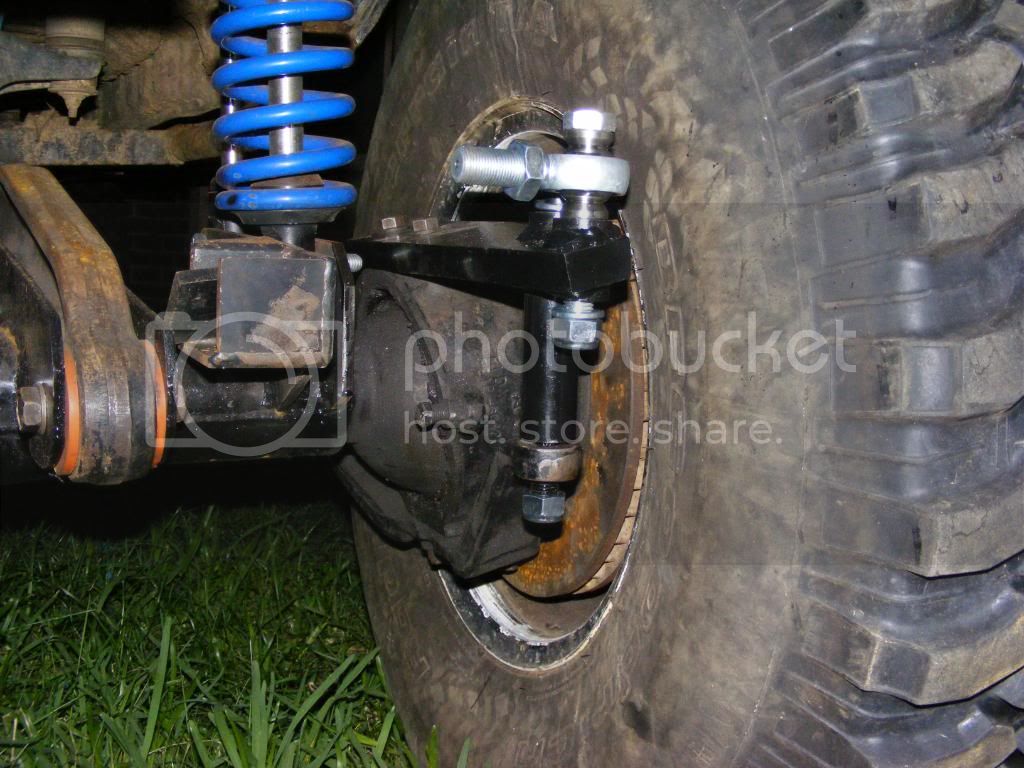 Does it move the tie rod up front too with your setup?

Tie rod is at the back still.
R

I need something that moves everything up front, so it will make linking the front a lot easier.

medtro said:
Do you have any test results to show it is stronger?
Click to expand...

not at the moment, but when you look at the new knuckle next to a stocker, you might just believe me.

js93cruiser said:
i suppos your going to want 1100 per side too right?
Click to expand...

i wish money were that easy to get. i'm careful about how i spend my money, and i'm sure my customers will be the same way. these will sell for less profit than all the suggestions i've gotten.

sorry, no pics for a while. i wasn't trying to be a tease, just trying to get a feel for who likes the idea.


ravencr said:
If it moves everything in front of the axle, is bolt-on, and keeps the ABS sensor operational, I'll buy one.


sleeoffroad said:
This would really be cool. Any pics? Price point? I assume those exist if you say this is going into production.
Click to expand...

i have pics and a target price, but until i have the first batch done and tested i don't want to release that. sorry.

thanks for the responses guys. don't hesitate to ask any more questions. i'm sure the knuckles and arms will speak for themselves once you see them.

Sounding good to me so far...

So are you making new arms as well, or trying to fit mini truck arms (existing arms available) onto the knuckle?
B

sleeoffroad said:
So are you making new arms as well, or trying to fit mini truck arms (existing arms available) onto the knuckle?
Click to expand...


i'm making new arms that are much bigger and stronger than mini truck arms, and the bolt pattern will be much stronger. these are designed to take the abuse of koh competitors. i have 3 competitors lined up for these already.

Subscribe
Are you planning on equivalent ride/steer ON-ROAD as the OEM?
In other words, how will it function at 75MPH?

Keep us updated !
You must log in or register to reply here.

Monday at 12:48 PM
underagedrilla
U