On the last trail run the CDL would not lock, after some trail side investigation it was determined that the best action was to jumper the CDL indicator switch so the axle lockers would work and complete the day.

After living in denial for a couple of weeks I tore into it, the transmission relay (where the pin 7 mod is done) failed the FSM test, opened it up and there was a burned trace on the board. Two of the relays were desoldered and removed, they tested good, the burned trace bridged and the relays soldered back on. It now passed the test and works good. With the circuit testing good why did the trace burn? There had to be a big load somewhere else, so time to test under the truck.

We tested the motor and the resistance readings didn't match the spec in the FSM, put power to it and no run. Pulled the motor off from it's most inconvenient location on top of the transfer case and were greeted by the wonderful smell of the smoke that had escaped, damit. The rear bushing in the motor had failed and bound the motor causing it to overheat and burn up. The only way it's available from Toyota is a whole unit at a price that puts a big dent in the budget, anybody have a used transfer case, actuator or motor they want to part with?

All of the locker circuits are protected by one 30amp fuse, in this case allowing enough power to toast it. A better plan may be to have separate fuses or self resetting breakers on each locker circuit. We also weren't impressed with the breather setup and will be changing that.

How did you get that freaking nightmareish bastard off of the transfer case? I suspect my contacts in the actuator housing need cleaning, but gave up on the project when I figured I'd have to drop the transfer case to get at it.

would it make sense to put a smaller fuse in there as preventive measure?

-Spike- said:
How did you get that freaking nightmareish bastard off of the transfer case? I suspect my contacts in the actuator housing need cleaning, but gave up on the project when I figured I'd have to drop the transfer case to get at it.

Working by feel, it sucked, made worse by the Phillips screws. To change it I think the best plan is to drop the front driveshaft and transfer crossmember and lower the rear of the transfer to gain some room. Anyway you do it, it's not fun there is barely enough room to get the camera in there to take a picture, but that's the only way to see anything, take a picture and view on the PC.

Tools R Us said:
anybody have a used transfer case, actuator or motor they want to part with?
Click to expand...

Got any M2 ball ammo to trade?

Dan's the man, found a nice used one! Here are some pictures of the insides. 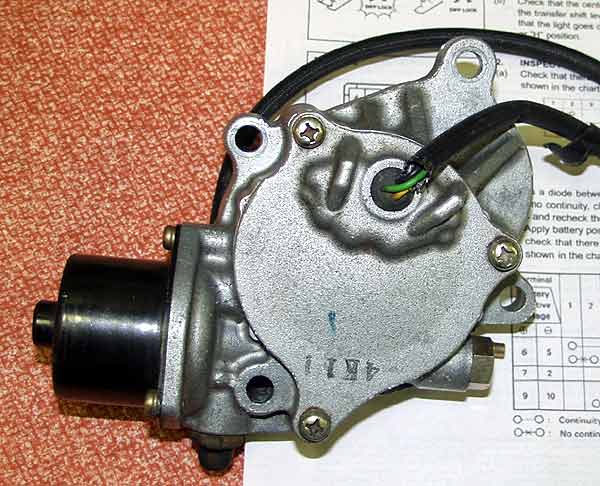 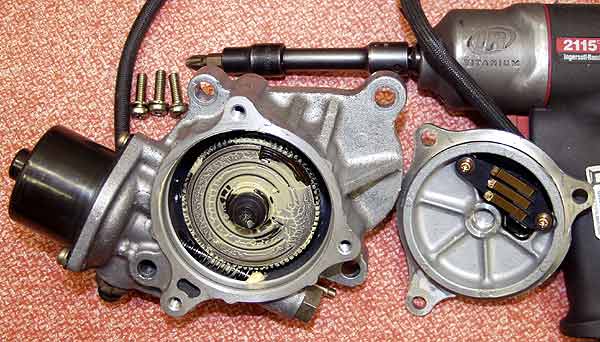 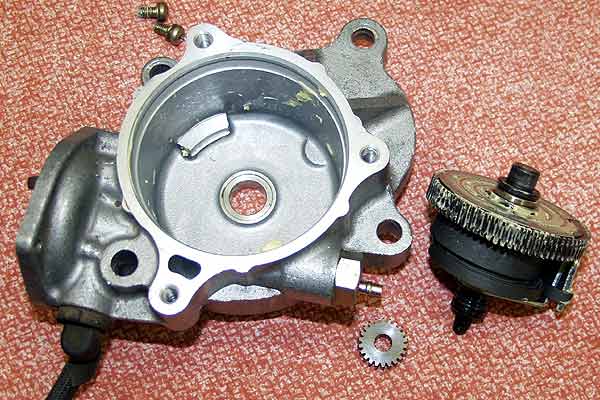 To reassemble the armature the brushes need to be held retracted, the wire is just right to loop over the brush holder, just remember to release the wires when the armature is in. The magnets in the cover will pull the armature out, so hold it from the gear box side. 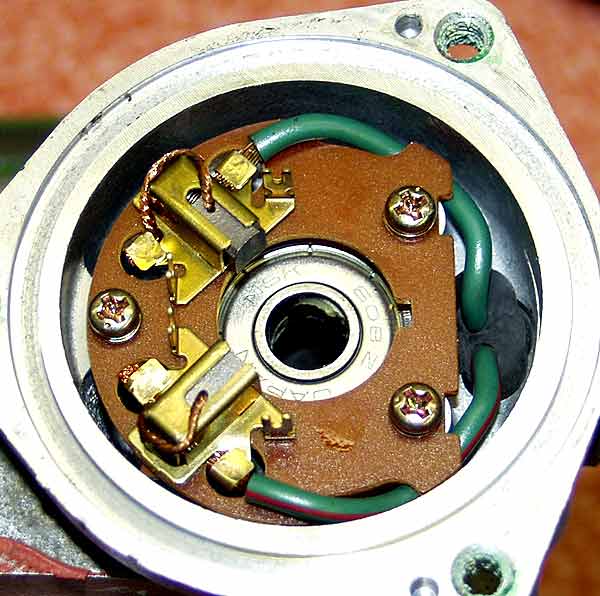 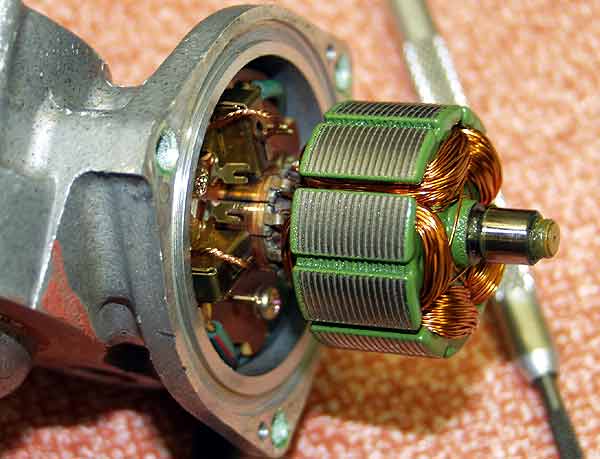 Place a floor jack under the crossmember, take out the 8 bolts, then lower it down an inch or two. This makes a world of difference, and no driveshaft removal is needed.

What a complex piece of machinery! So, that's what the locker motors look like! <slight hijack> This is about the only place where the LRs does a nice job of keeping it simple. They lock the CDL mechanically by moving the Tcase Hi/Lo shift lever from right to left. You can lock/unlock CDL in Hi/Lo/Neut. I wonder if that's even a possibility in the 80s! For pics of this linkage, go to http://www.expeditionexchange.com/cdl/

Sorry about the hijack.

Tools R Us - How did you know the CDL was not working? Was the indicator light not coming on in the dash?

96LX450 said:
Tools R Us - How did you know the CDL was not working? Was the indicator light not coming on in the dash?
Click to expand...

That thing is buff inside...

bjowett said:
Place a floor jack under the crossmember, take out the 8 bolts, then lower it down an inch or two. This makes a world of difference, and no driveshaft removal is needed.
Click to expand...

The plan is to use a couple of longer bolts in the crossmember to hold it lowered, without the jack in the way. The driveshaft only takes a couple of minutes to remove and will allow easier turning of the output flange to confirm that it locking properly. There is no instructions in the FSM for timing the actuator, other than install locked? Mine is unlocked, so when the old one is off I will turn the gear in the transfer to lock the CDL and run the new actuator to the locked position and install. Then cycle it a few times to confirm that it's fully locking and unlocking?

Doing Ajax Mine trail Saturday morning, lots of big rocks to play on and it's harder to get good carnage without lockers!

cruiserdan said:
That thing is buff inside...

I am going to use my top plate with harness to fix the wire issue.

The install went well, used a couple of longer bolts to hold the cross member lowered about 2" and removed the driveshaft, as bjowett said it's not necessary, but gives a bunch more room and only takes a couple of minutes. The hardest part was popping the old actuator loose, that silicone is good stuff, took a 3' prybar! Plugged the new one in and had a buddy operate the switch to run it on and off, while I held the actuator under the truck, left it in the locked position. Had him watch the CDL lock light and I manually turned the gear in the transfer and rotated the output pinion flange to lock the gears, did it a couple of times to make sure it was fully locked. Then cleaned and shot a bead of silicone on the sealing surfaces and reassembled, works great.

A shot of the setup; 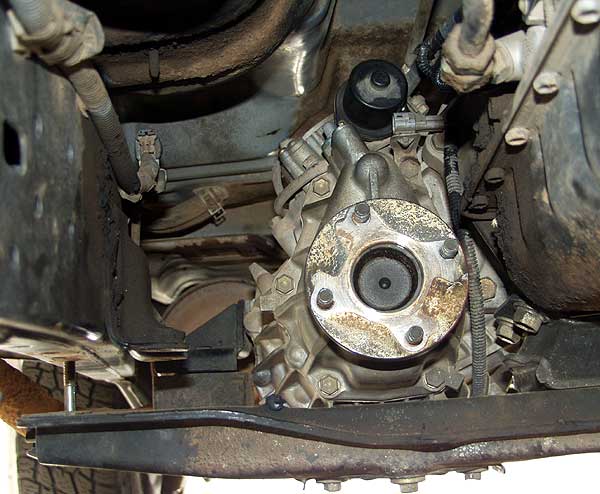 Tools R Us said:
We also weren't impressed with the breather setup and will be changing that.
Click to expand...

Kevin,
Will you elaborate on the issue with the breather? Is this the main Xfer case breather or the one on the actuator motor (I believe it can be seen in one of the pics)?

How did you improve the breather and do you feel it is an important mod or just a while-you-are-in-there mod?

The actuator breather is teed in with the transmission and transfer, the transmission breathes because of it's volume and heat load. The actuator has very little volume and no liquids, much less heat load so it breathes very little. The breather vapor from the bigger units can condense into the actuator causing it's demise. It takes very little moisture to breakdown the grease, causing a bind on the motor. The only sign you have that it's binding is a slightly longer lockup time, if it binds up too much the motor burns up without even blowing a fuse. That is why I prefer it to be vented separately

To vent it only requires about 6 feet of vacuum hose and a vacuum plug to cap the tee. Zip-tie the hose along the trany dipstick tube into the engine compartment, then through the wiring grommet to inside under the dash, where it's vented in relatively dry air. Probably not necessary, but a cheep, easy fix that may save an expensive, hard to change part!

Bummer to see the carnage, interesting idea about the vent,

I would think you could probably get away with a smaller fuse if you do not engage/disengage more than one locker one at a time, as it sits all three lockers can be spinning at the same time and it is fused accordingly. But I am not sure that a smaller fuse would prevent this from happening, the current through the motor was probably never above normal starting inrush just the prolonged time stalled caused heat build up,

Another way to deal with the brushes is to form a holder with wire, The pigtails look fragile but are apparently up to the task. (rear lockers shown, very similar) 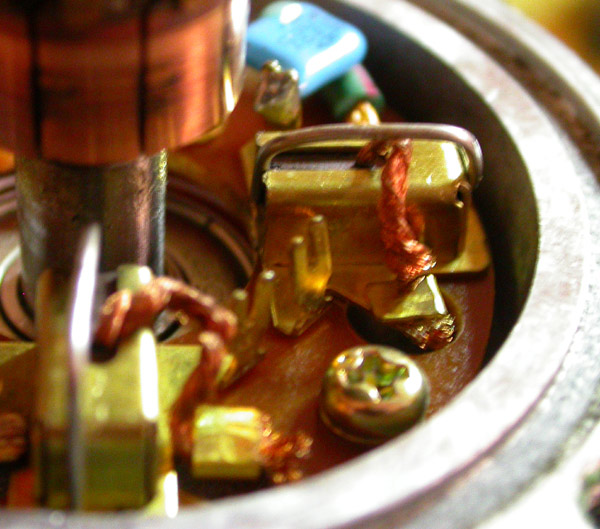 My thought is to measure the amp draw on the newly rebuilt actuator and compare it to the others, if one has a high amp draw it probably needs regreasing? I am known to be lazy and spin all three lockers at once, so the smaller fuse won't work, thinking about separate resettable breakers for each of the actuators?
You must log in or register to reply here.
Share:
Facebook Twitter Reddit Pinterest Tumblr WhatsApp Email Link