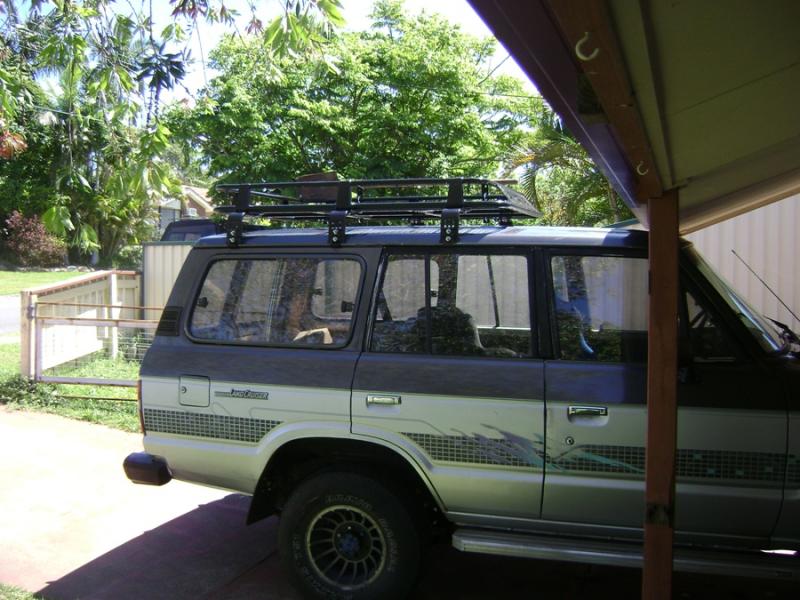 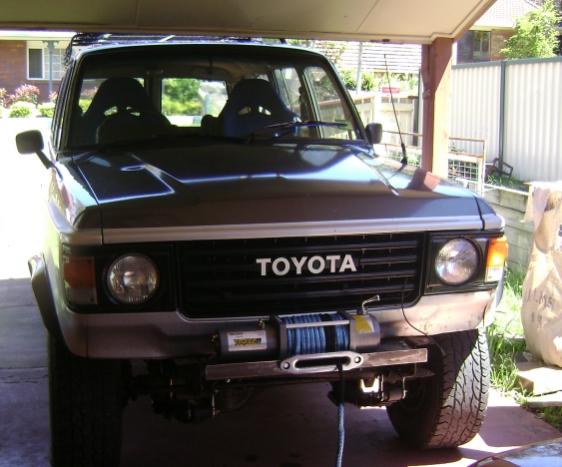 Cheers mate..... i installed my 12000lb winch over the weekend, i'm in the middle of a carby rebuild.

i also woke up yesterday morning to find the cruiser missing from out the front. some

tried to flog it. they didn't get far, as no carby, but they tried thier best though, a good amount of fuel on the road from where they tried for a while to start it.

lucky for me, they left it as is, and didn't actually break anything.

Yes, over Christmas the 45 will started on. it will be a frame-off rebuild.

a drive in the bush around spring mountain or something would be great.

dave
A wise man once said something

ok, its now ready for its first big 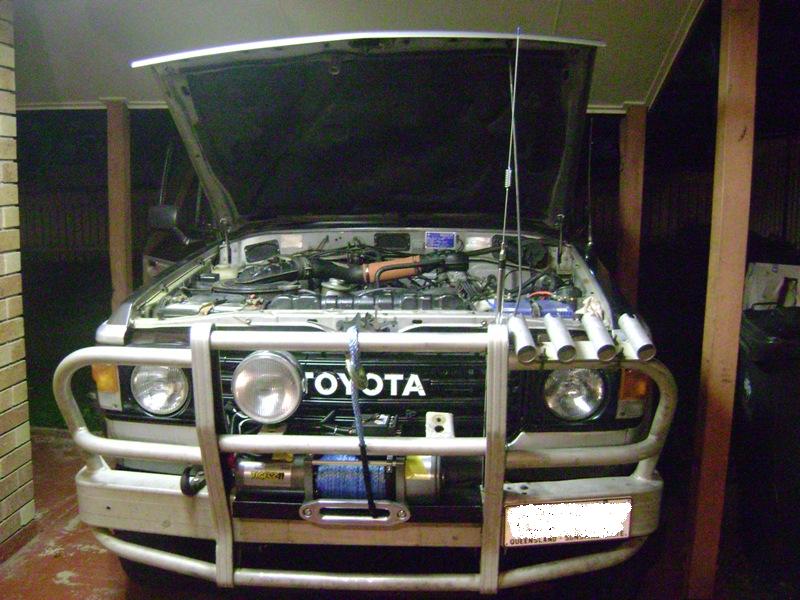 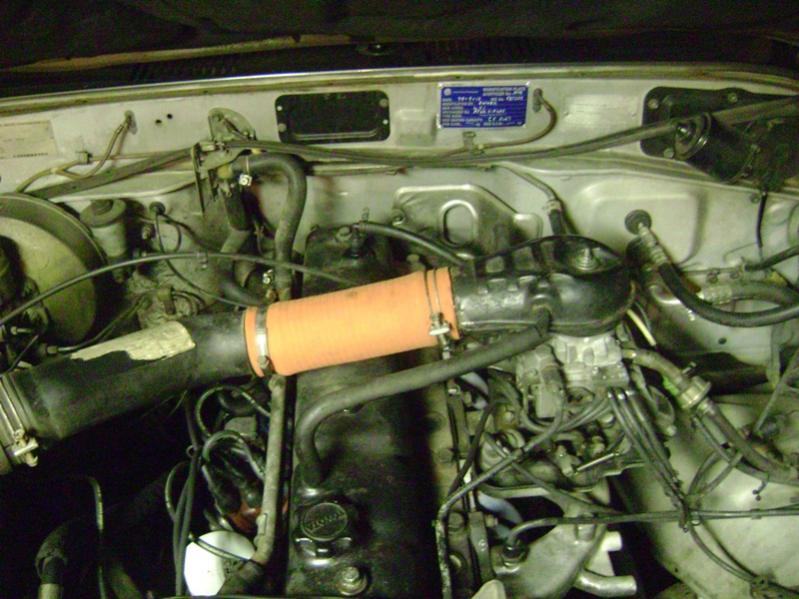 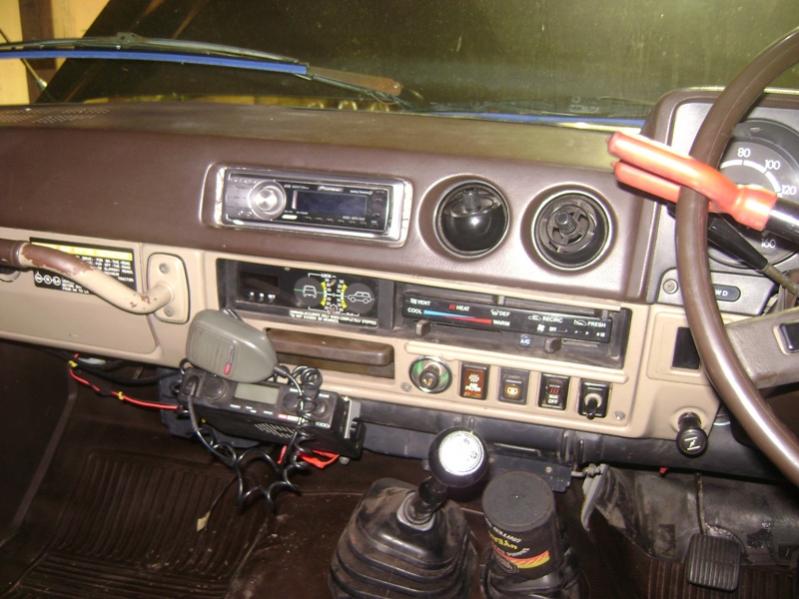 went for a play yesterday with an 88' FJ75, 86 HJ60 and a 2002 hilux.
i had all sorts of problems with low range grinding everytime i enguage it. And with all the bad weather lately, made for some nice intersesting mud/clay slipping sliding.
also i got bogged several times due to not having low range.

anyways, got to use my winch for the first time and what a beast of a winch, effortlessly pulled me up and over a rock ledge. 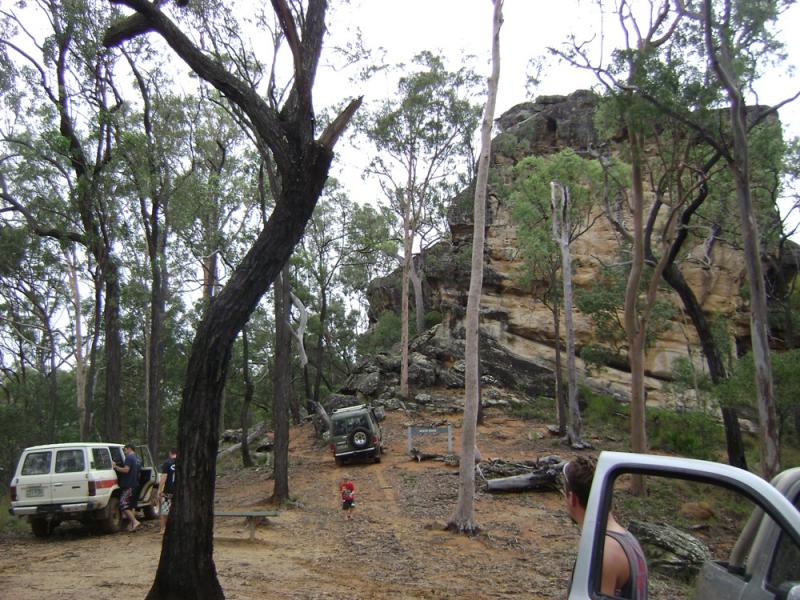 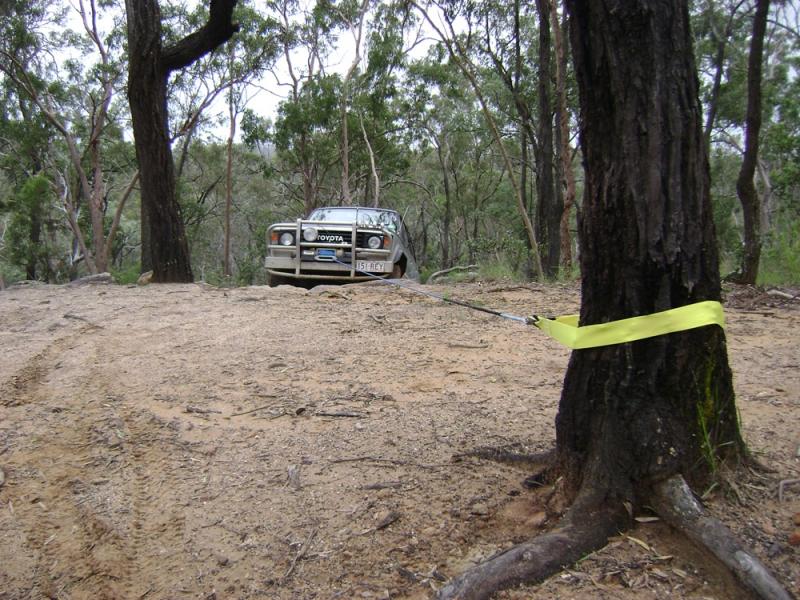 thanks, but to make it a better 60 is to fix my L4 problem.
when enguaged, it grinds the teeth something shocking (i suspect its not enguaging correctly)
but when i have it in L4 other times, its fine as i get momentum up, but once i start "giving it to it" it starts grinding again

anyways,......... more time under the truck figuring it out
A wise man once said something

Quick update, swapped out fuel tanks, now have vapour lock. driving round with the fuel cap off.

I am also re-painting the front guard. sanded it back. it at the sandblasters now getting the final clean.
Will post more pics during the painting. 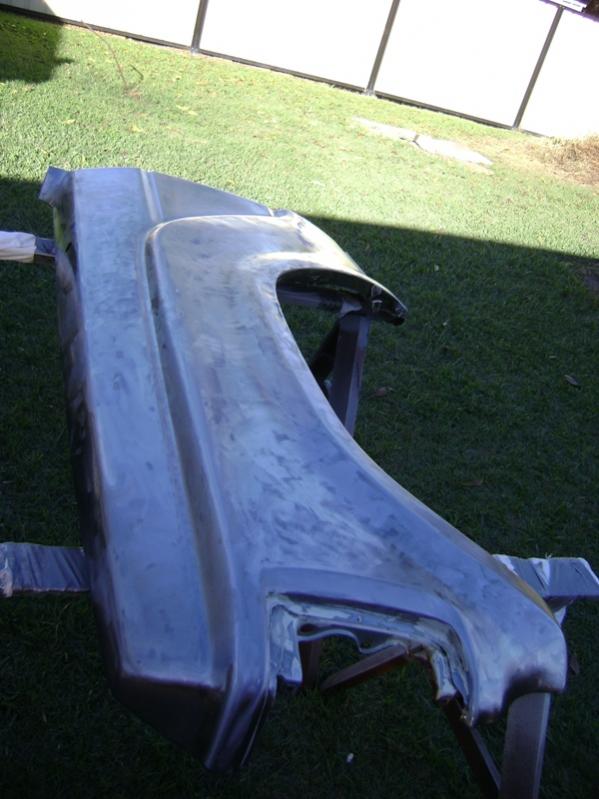 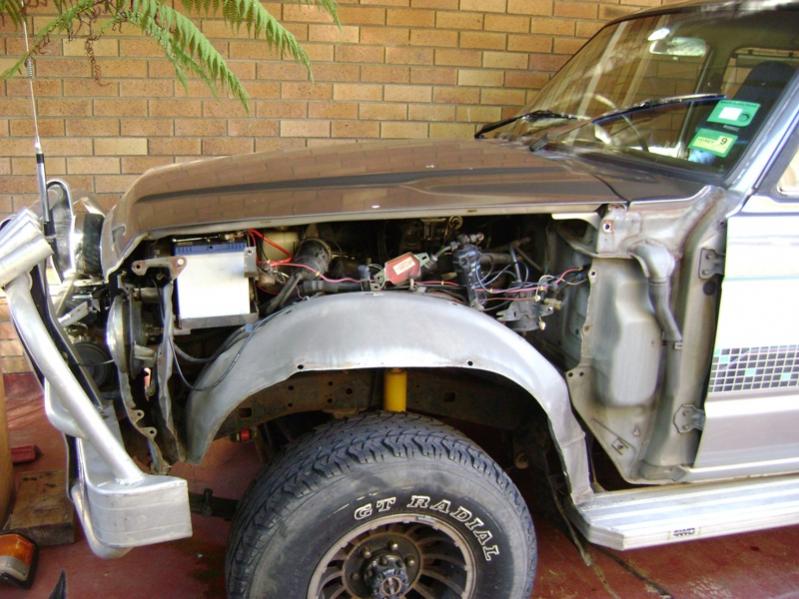 well the next step has been done. sanblasted, and now has 1 coat of rust kill/convertor. tonight the primer will be applied.
Dave 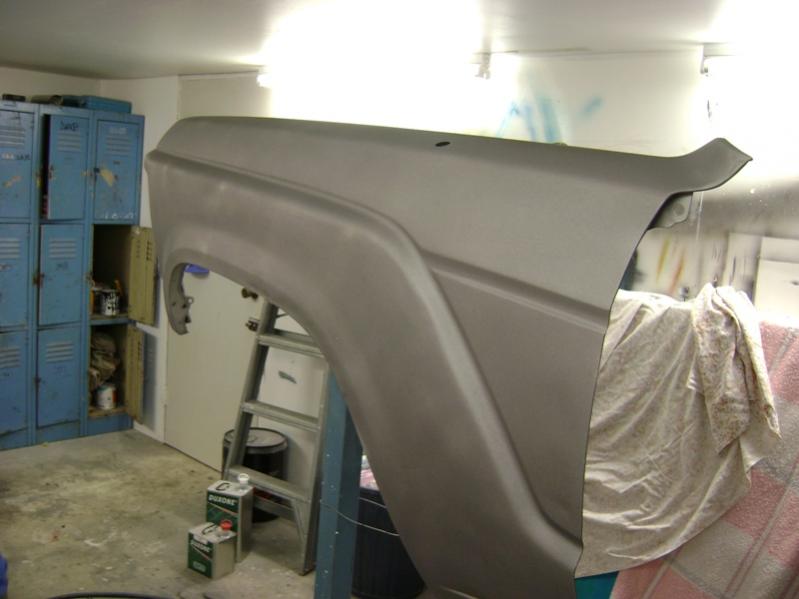 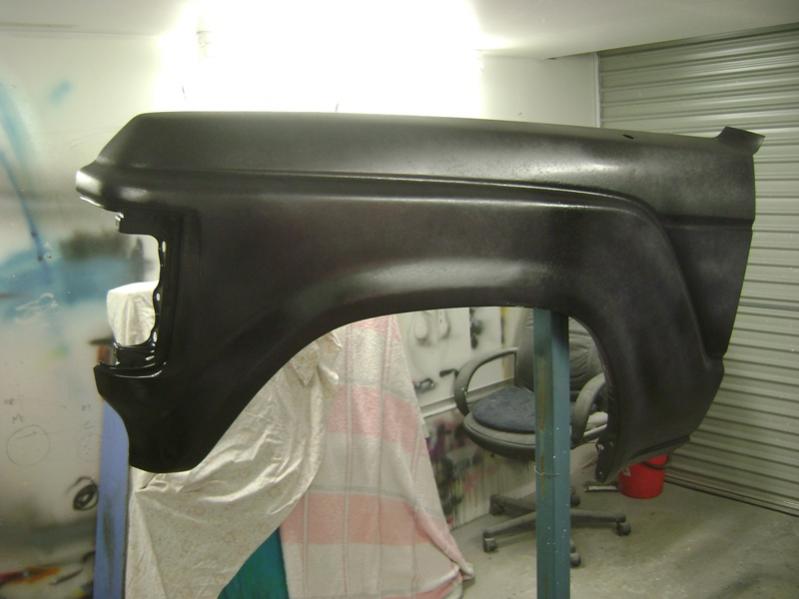 Nice work on modifying that alloy bar to take a winch - I have the same one sitting under my house that I swapped for a used ARB winch version. I need to pull the seats and floor out of mine too and noise proof it a bit.

Nice work, it looks like you did a awesome job in a short time, but a closer look at the posting dates shows that it took a little longer.

It has given me some ideas on what else to do with mine once it passes a RWC - I have converted it to Gas as well, but only seem to get around 200km to the tank. I still have the petrol tank but it needs a carby kit done to make it run on petrol reliably.

On the 60-62 front, it is defiantly a 62, the 3F motor defines the 62 series for these. I have a 85 62 series as well, round headlights manual windows ect, does have the drivers side locking though, I had the same issues after I got it, it came with a 60's manual and I was told it was a 60, after buying parts for it that did not fit (all fan belts) a closer look showed it was a 62 as well. Besides that, mine is a auto and apparently the 60's never came out in auto

A quick trip to ebay found me a 62 manual and it has helped considerably, some issues that are not covered in the 60's manual are covered int the 62 one.

NQCruiser - i will find the name tomorrow of the seats, but i got them on special from Repco.

Leroyxx - in the end i could of gotten it done quicker, but hey, it was done in time for its main trip to Fraser Is. I am now finishing off little things i started, and other things, like a new transfer and g/box that i'm saving for. 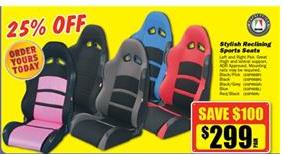 I am fixing the roof channel/rain gutter. as i was removing the sealant in the channel, i found the RUST
time to cut and weld new pieces in. 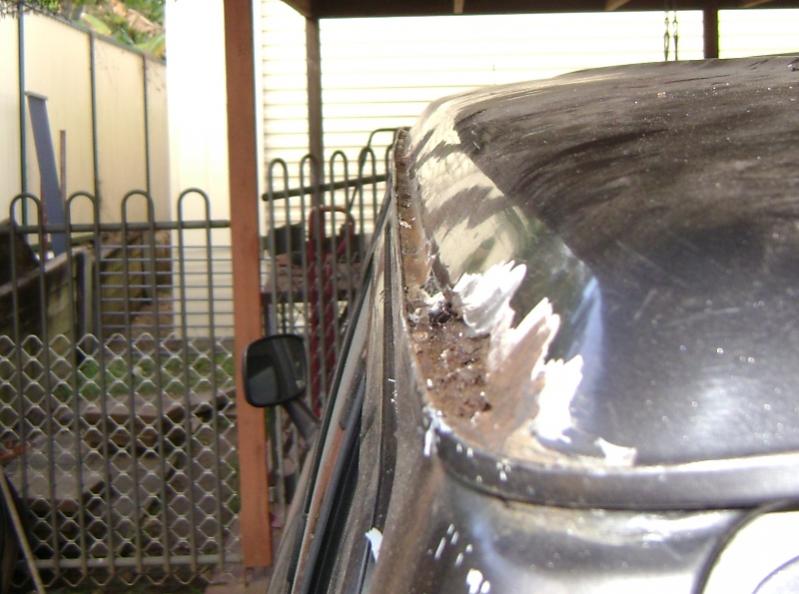 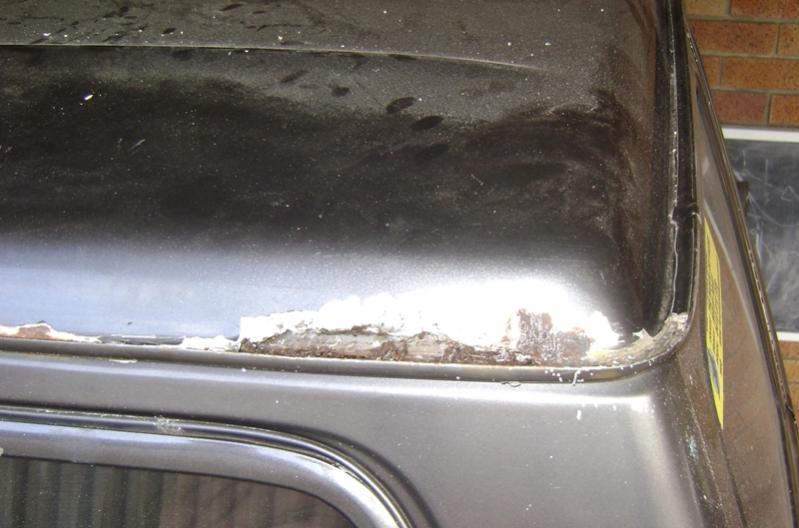 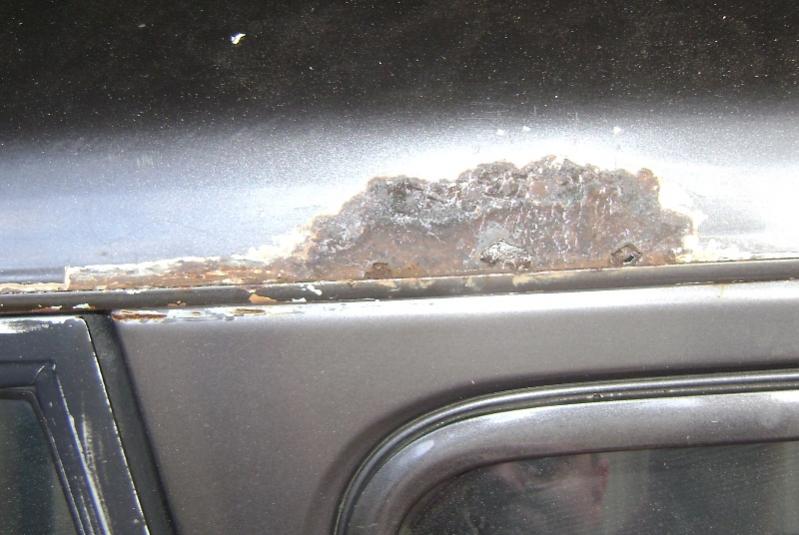 the rust has been cut out, and patches welded in, also i have bogged it ready for sanding. also have a tube of gutter silicone for the cutter channels. 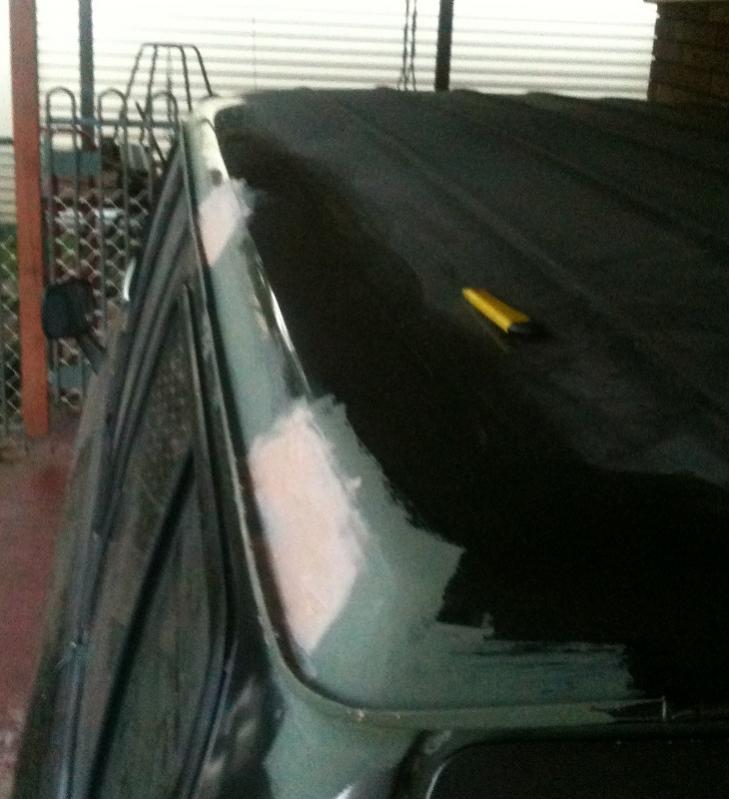 Over the weekend I ran a new bead of sikaflex-227 along the whole roof gutter.
So now, I hope, i have fixed all the gutter issues.
All that is required now is the final touch up painting.

I also made a very quick video camera mount. Its attached to the grab bar with a small sized u-bolt, a piece of gal channel, and a bolt. this is the beginings of a better one i have yet to make. At the moment, its at a good height, but maybe needs to be 75mm higher. 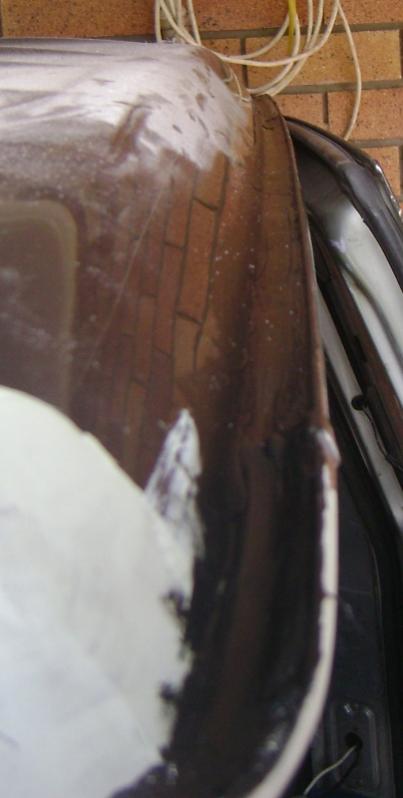 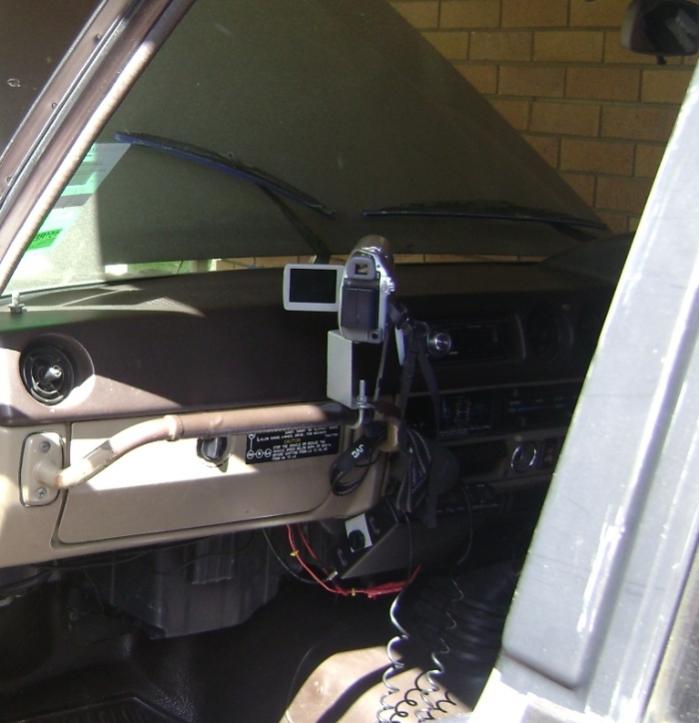 Heck of a job on the truck!

I don't know if this is more than you're need. I bent up some pipe to follow the entire dash contour and monted it to end bolts underneath either side that attach the dash to body brackets. Using RAM bar mounts and a variety of arms and holders, I can attach a number of things for mapping, GPS, radios, phone, smallish tablet PC and a camera mount to it. The variability of dash width, rotation about the bar (ubolts as well) and the arm movement give nearly endless positions, good stability, and keep it out of both the leg area (and optionally out of the windshield when you need to). I use some rubber bushings wedged in to keep it still. 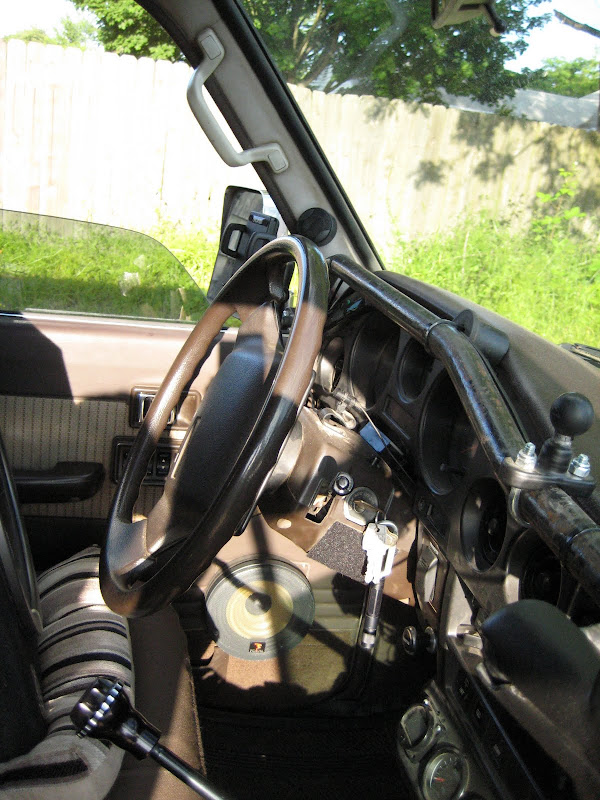 Esh.... thats agreat idea, might have to give that a go when i get more in-cab accessories.

It's been a while since i have done anything, as a knee reconstruction will do that to a person....

I have resprayed the roof, and the panel is also finished and back on the truck. I'm finially driving it again.
I have been busy on making a set of cargo drawers, which tonight i hope to complete the final "screw and glue" now that i know it all works and fits.
I also baught myself a new roll-out awning which i also hope to install over the weekend. 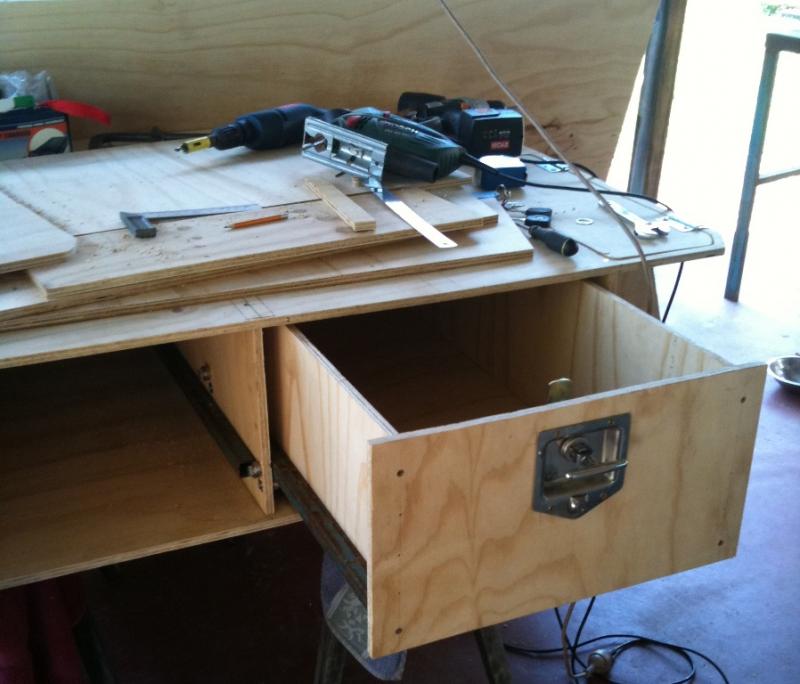 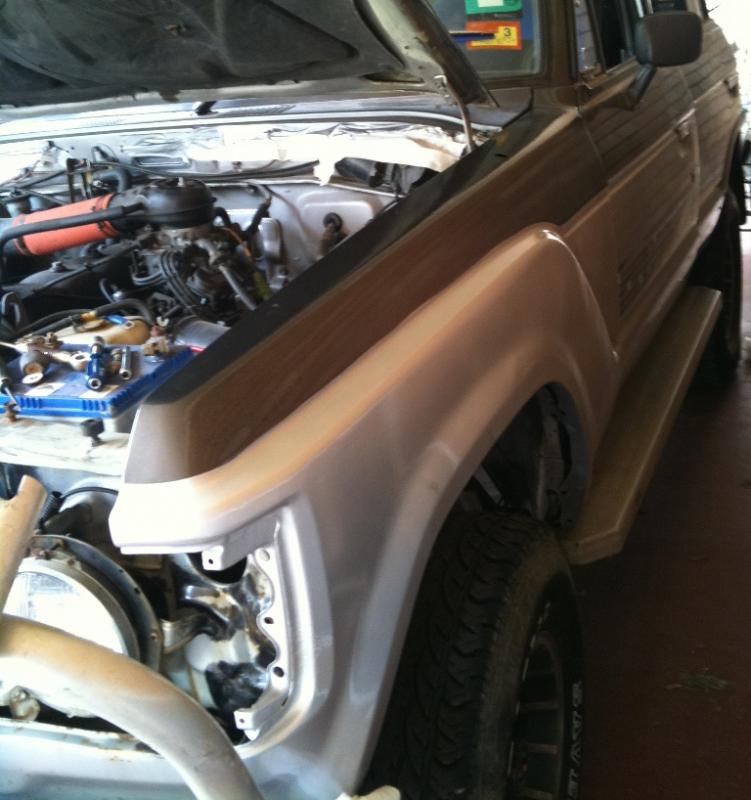 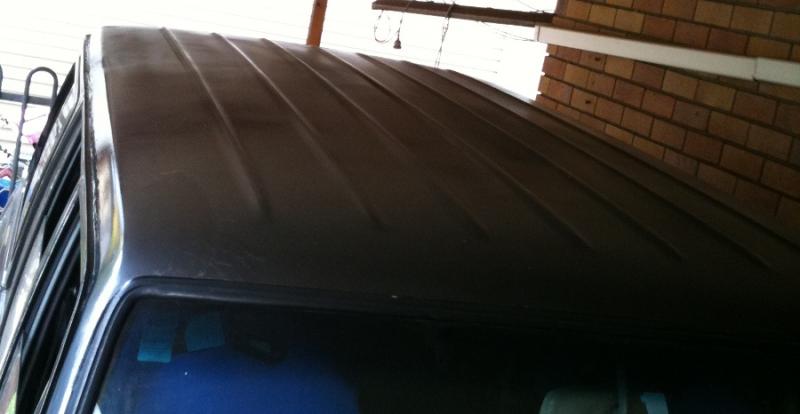