Torfab has completed a handful of 80 frame conversions, but this isn't one of those stories. I admit that technically putting an 80 frame under something puts it in the grey shade category. It's technically not illegal, but you never know what the boogey man will do when he finds out.


We decided to reverse engineer the 80 series suspension link locations and graft them on to the 60 series frame. The front seemed very straight forward, but crap... the rear part of the frame is way too narrow for a proper coil bucket. I pondered this problem for months until I came across more and more people using universal air bags instead of coils. It opened up a lot of possibilities, because they can compress to 2” and droop to 12” giving these particular bags exactly the specs I needed to get this done.


My staff says, well what happens if you pop one? Well, you can also break an axle, or even a leaf spring. But who gives a F, bring a spare! It’s like four bolts and you’re done replacing it on the trail. Just get on it!

So my crew spent the next 200 hours designing the suspension kit allowing you to basically weld brackets to your frame and then literally bolt FZJ80 axles to the brackets. You just need a set of axles complete with links, radius arms, and panhard bars. From there you order shocks and a set of airbags, but try to grab the coils from the donor 80 series because they’re exactly the right height to give your 60 about 2 inches of lift over stock.

We went to Radflo for the shocks, because they have a great reputation and make a quality product. They custom made a set for the front and one for the rear, and they ride amazing. I bombed through White Foot after overland expo this year at speeds that would put a grin (and absolute fear) on any cruiser lovers face.

The air bags are air lift D2600 and are easily installed on our perches. You can route the schrader valves to the bumper or just leave them on the bags (although it’s annoying adjusting from under the truck). So far I have about 6,000 miles on this suspension including air. I mean real air, like when you go 60 mph on a dirt road over a cattle grate and realize that you’re actually not touching earth any more. I cruised through Nevada going 100 mph plus with minimal steering input, and have scared the crap out of certain customers by showing them what this cruiser can do with 80 axles under it.

So far this has been the number one upgrade to my cruiser so far. I’ve done just about everything to this truck, including the Cummins R2.8 and 6-speed auto trans, but this takes the cake. I’ll post some pics of the kit and install for your viewing pleasure.

Here are some photos of the raw kit 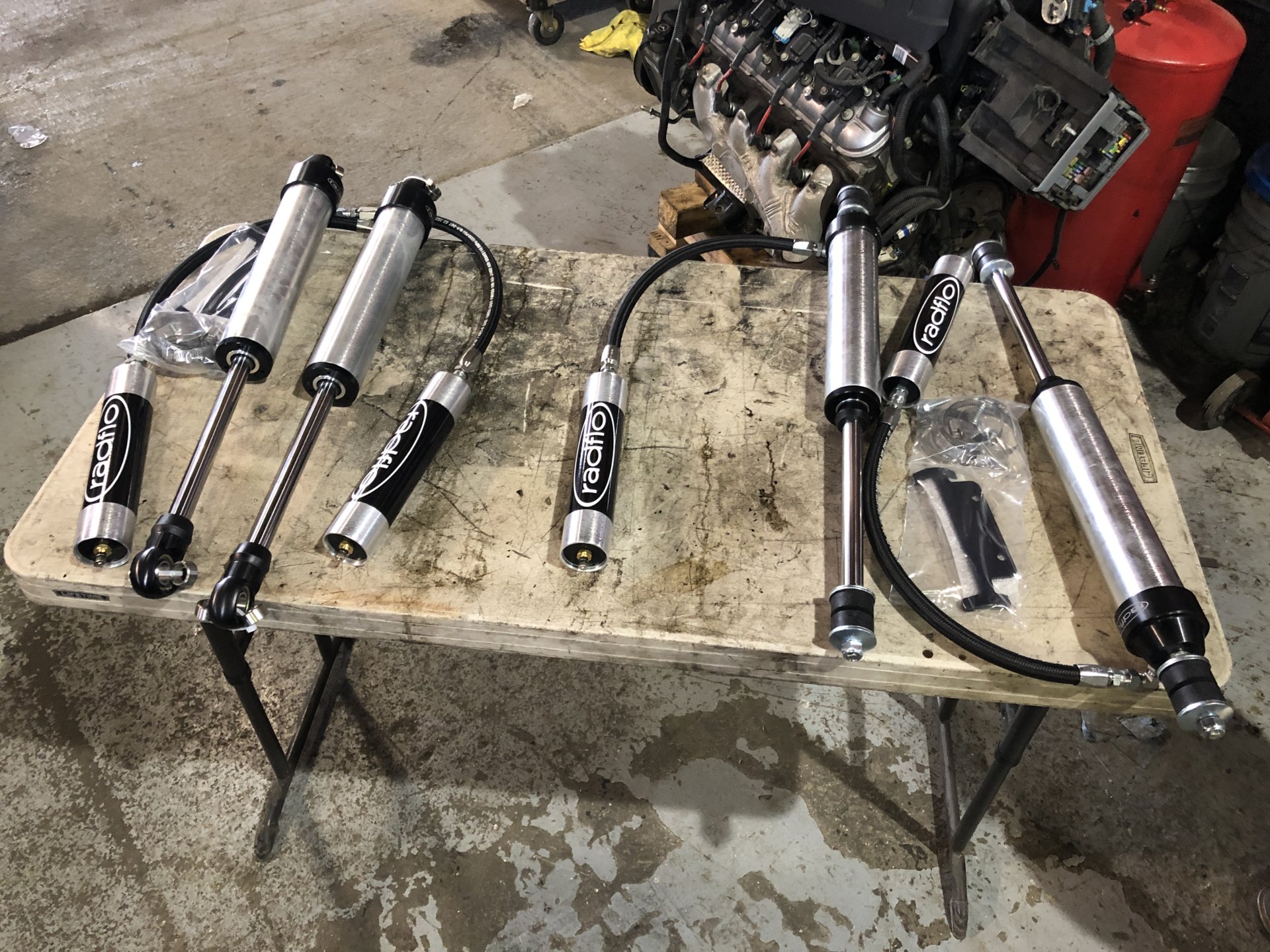 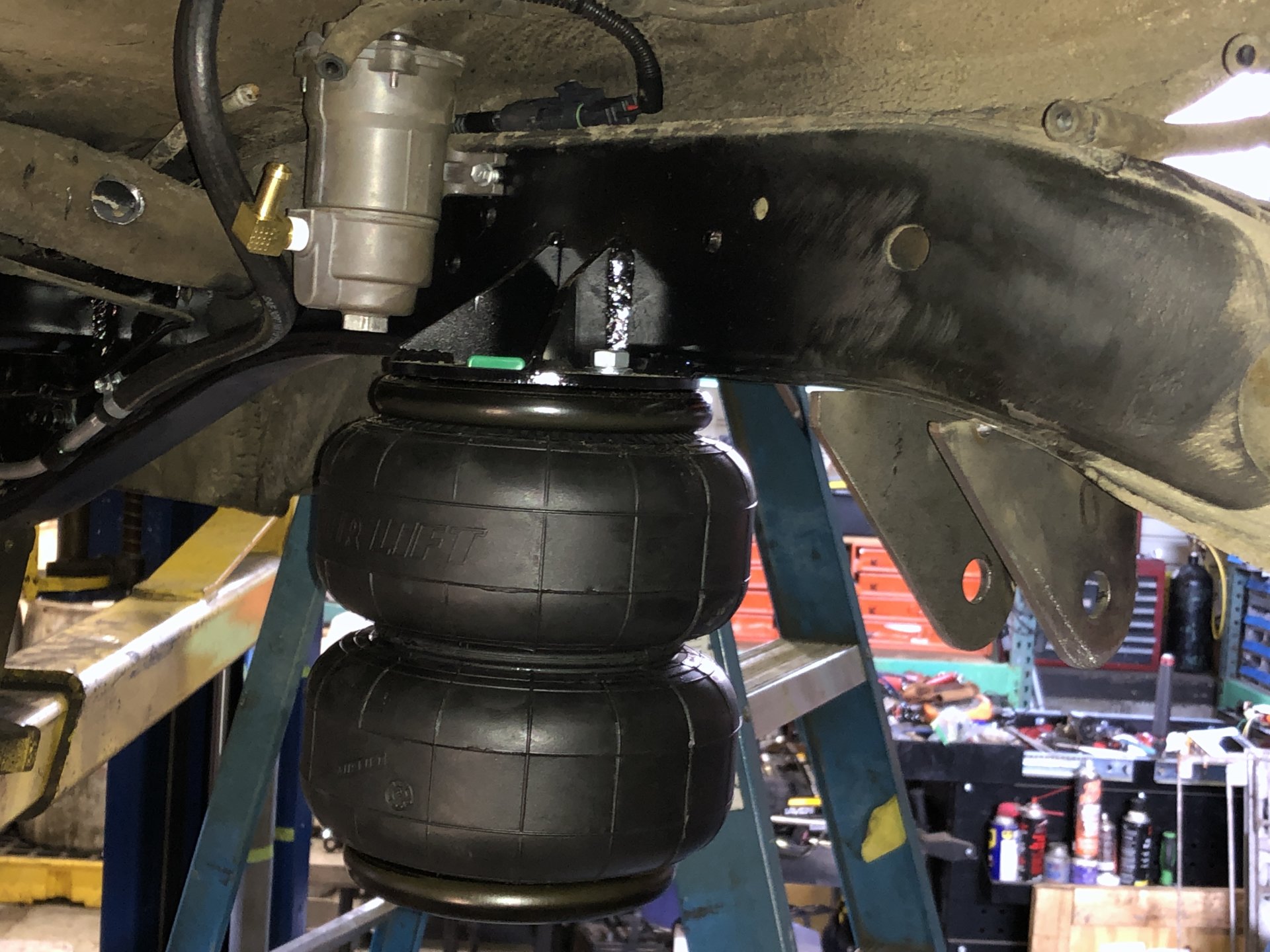 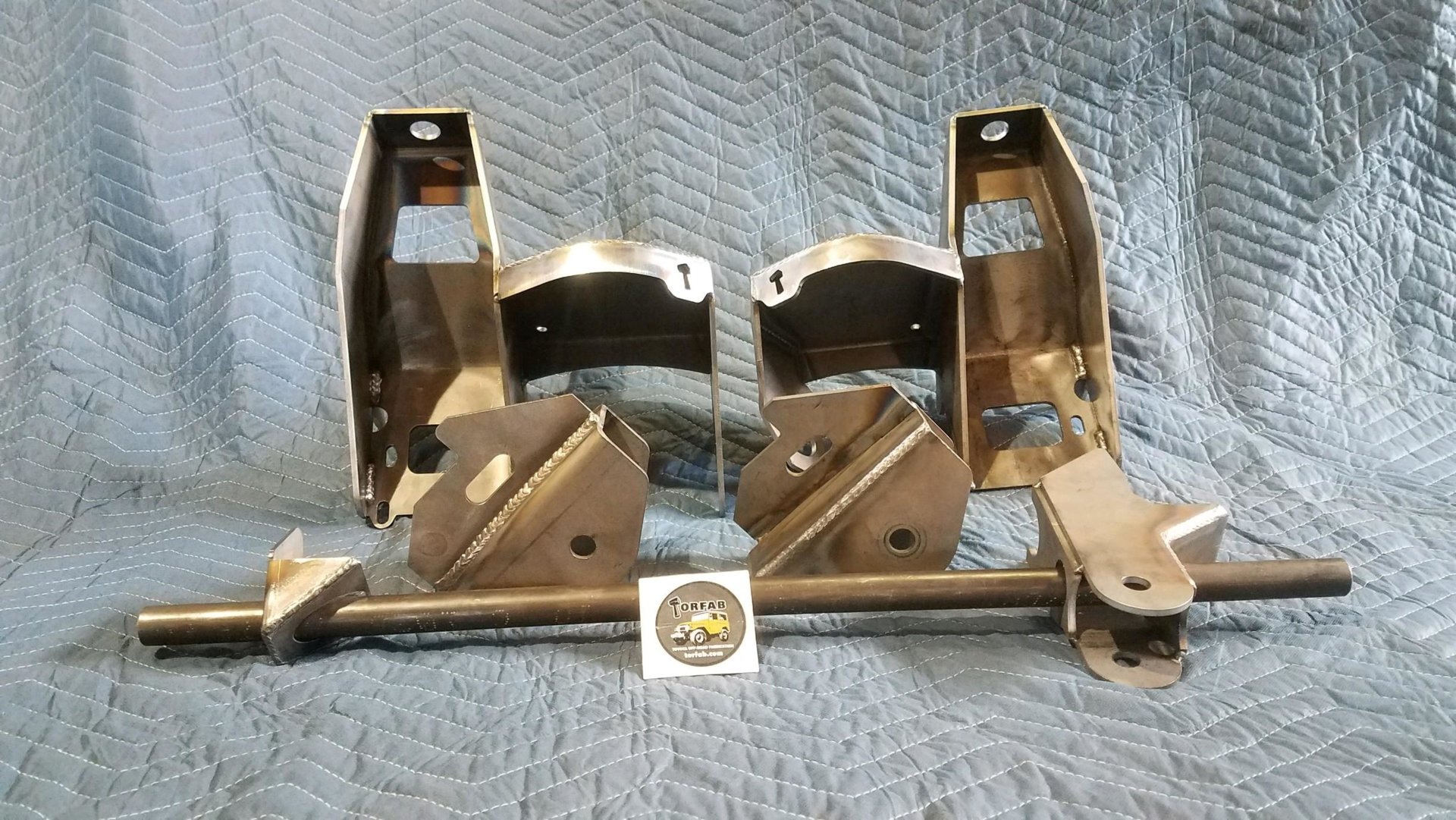 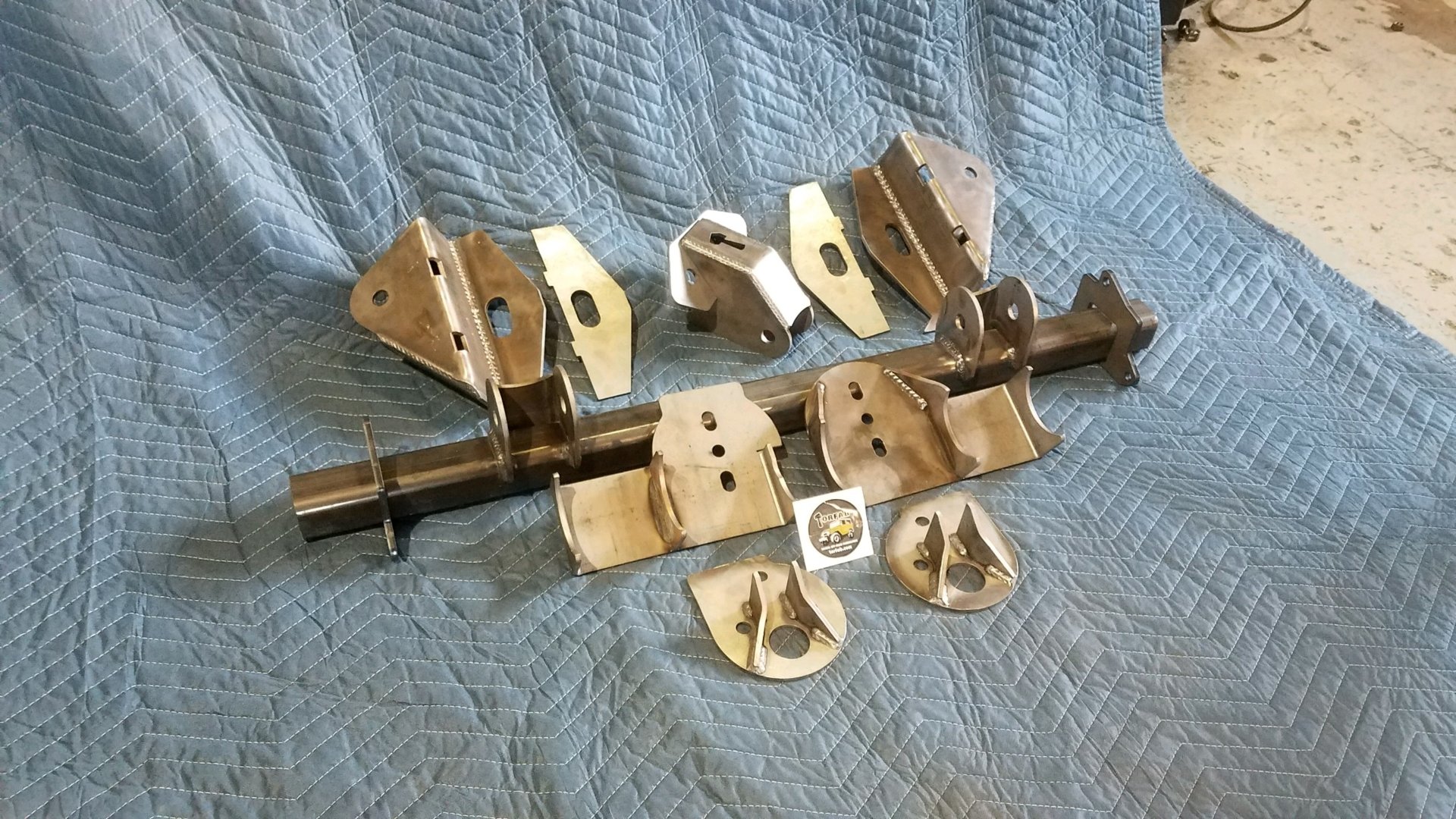 Here are shots of the front being installed 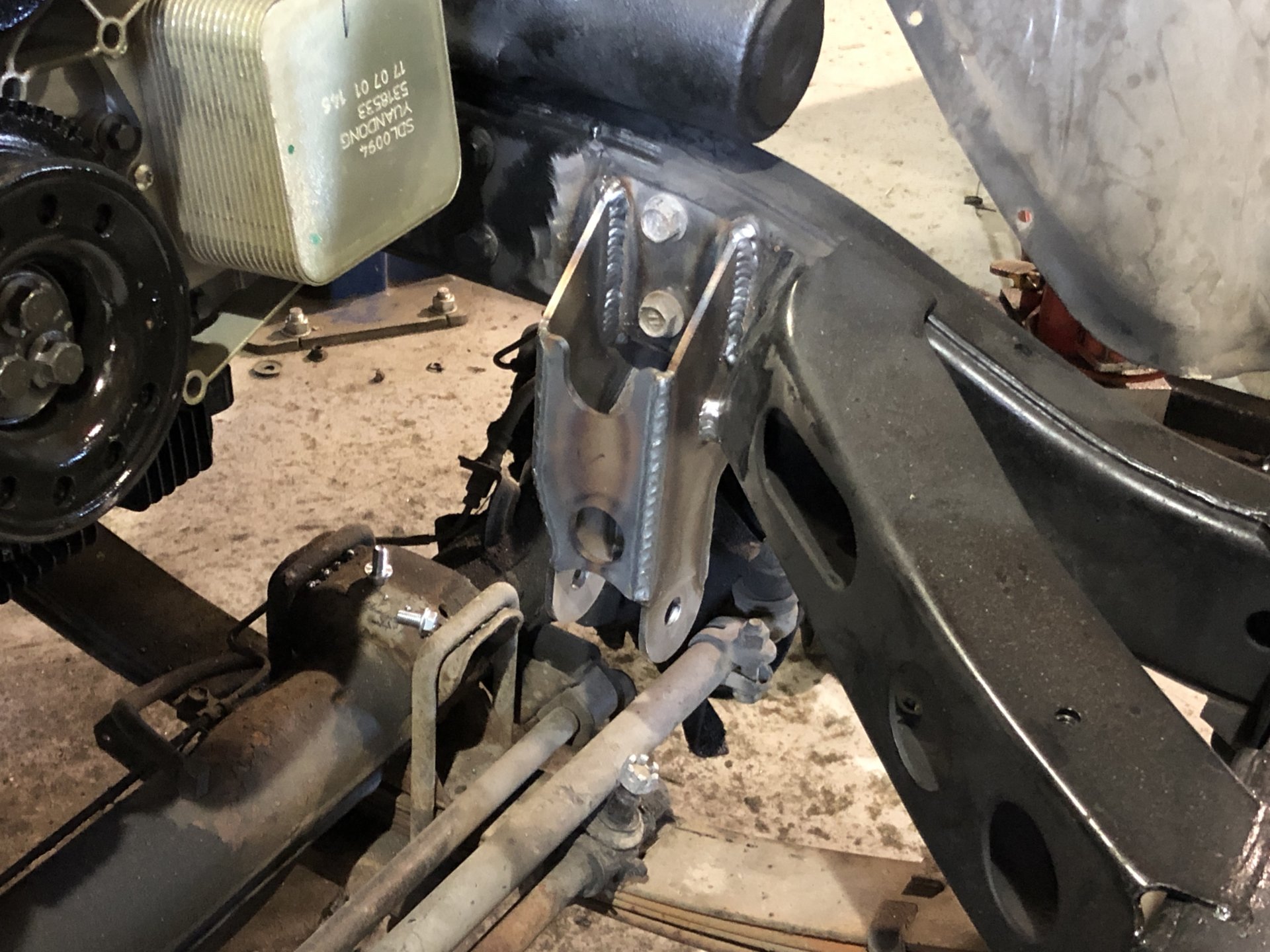 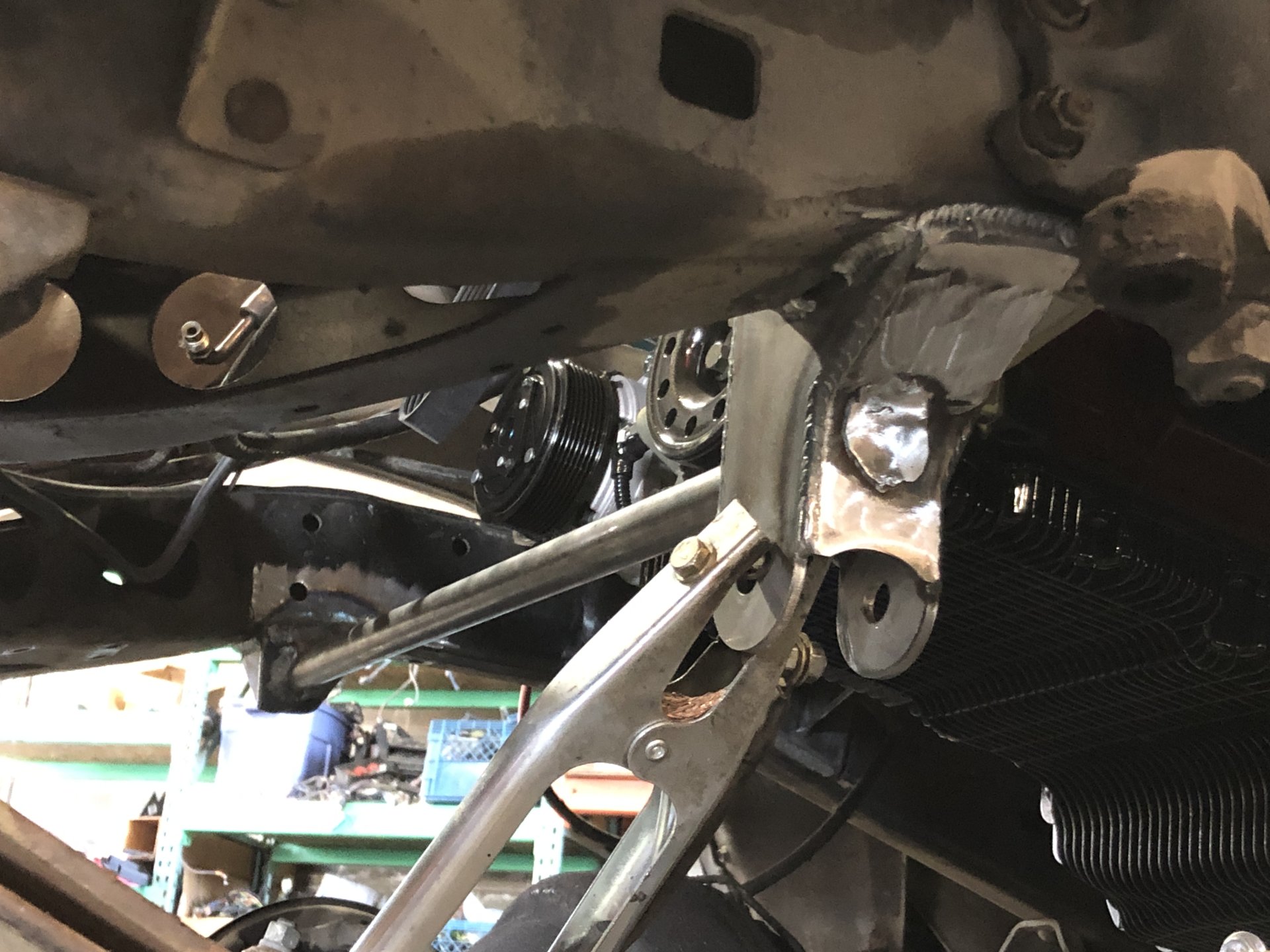 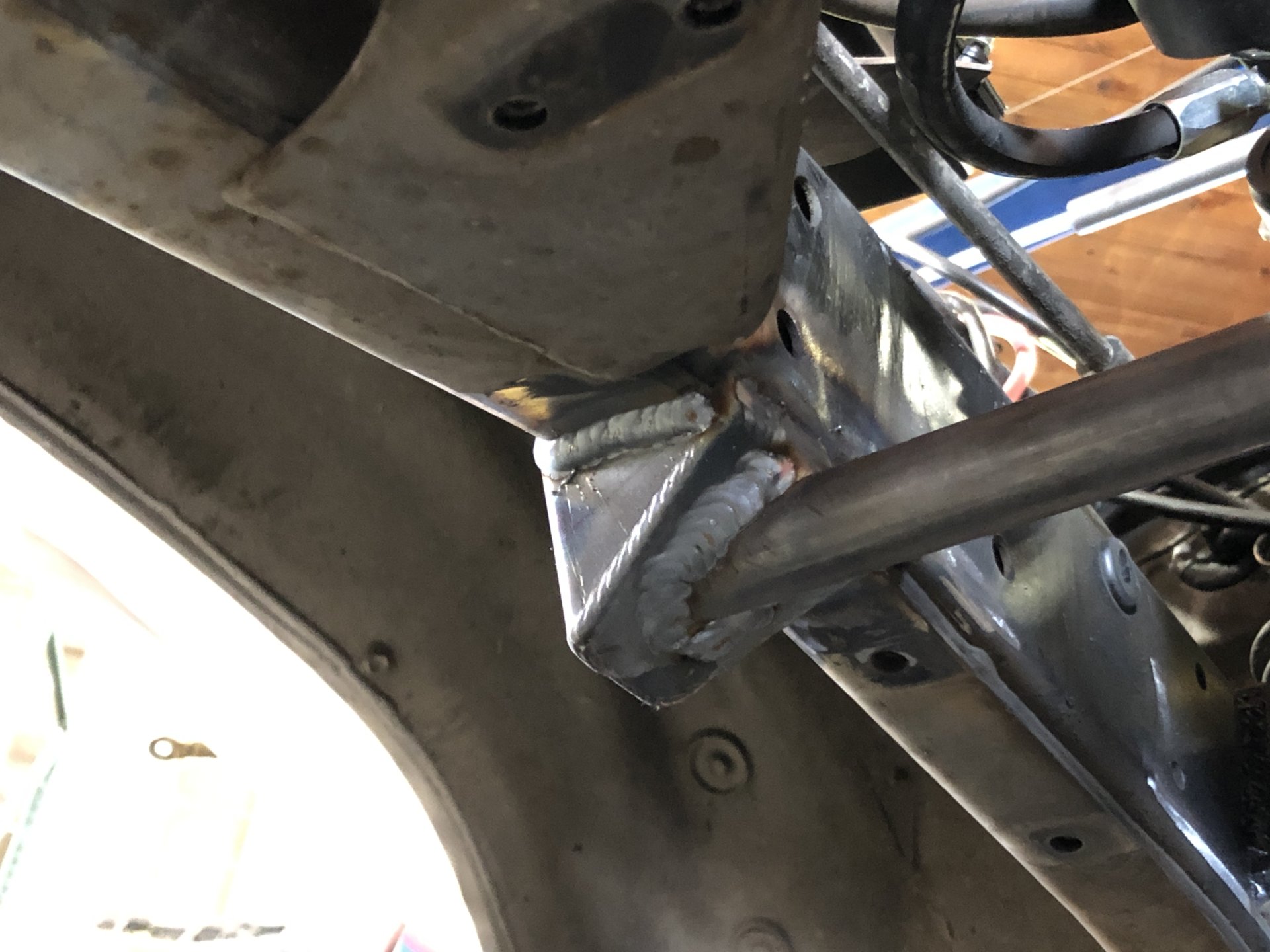 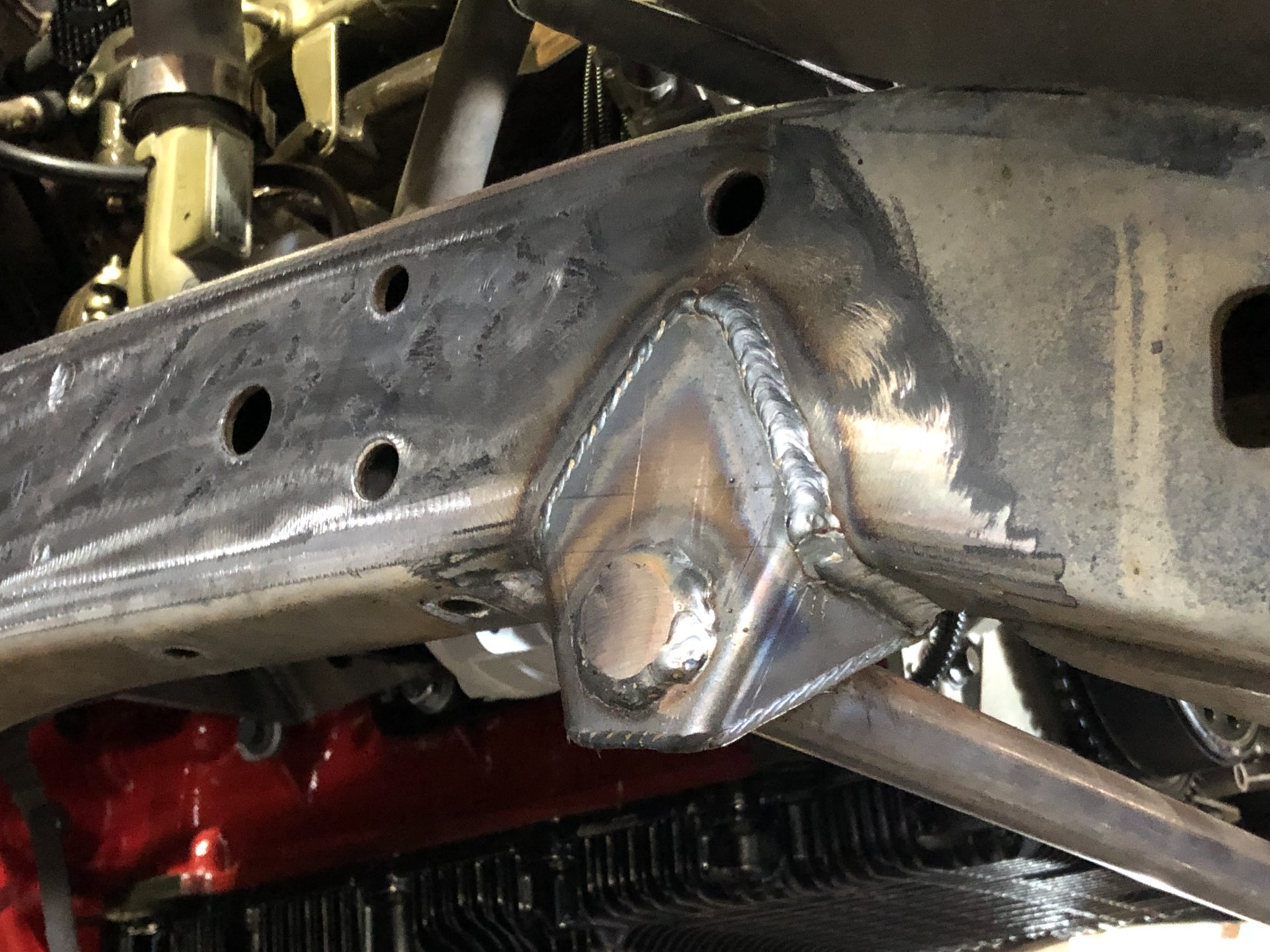 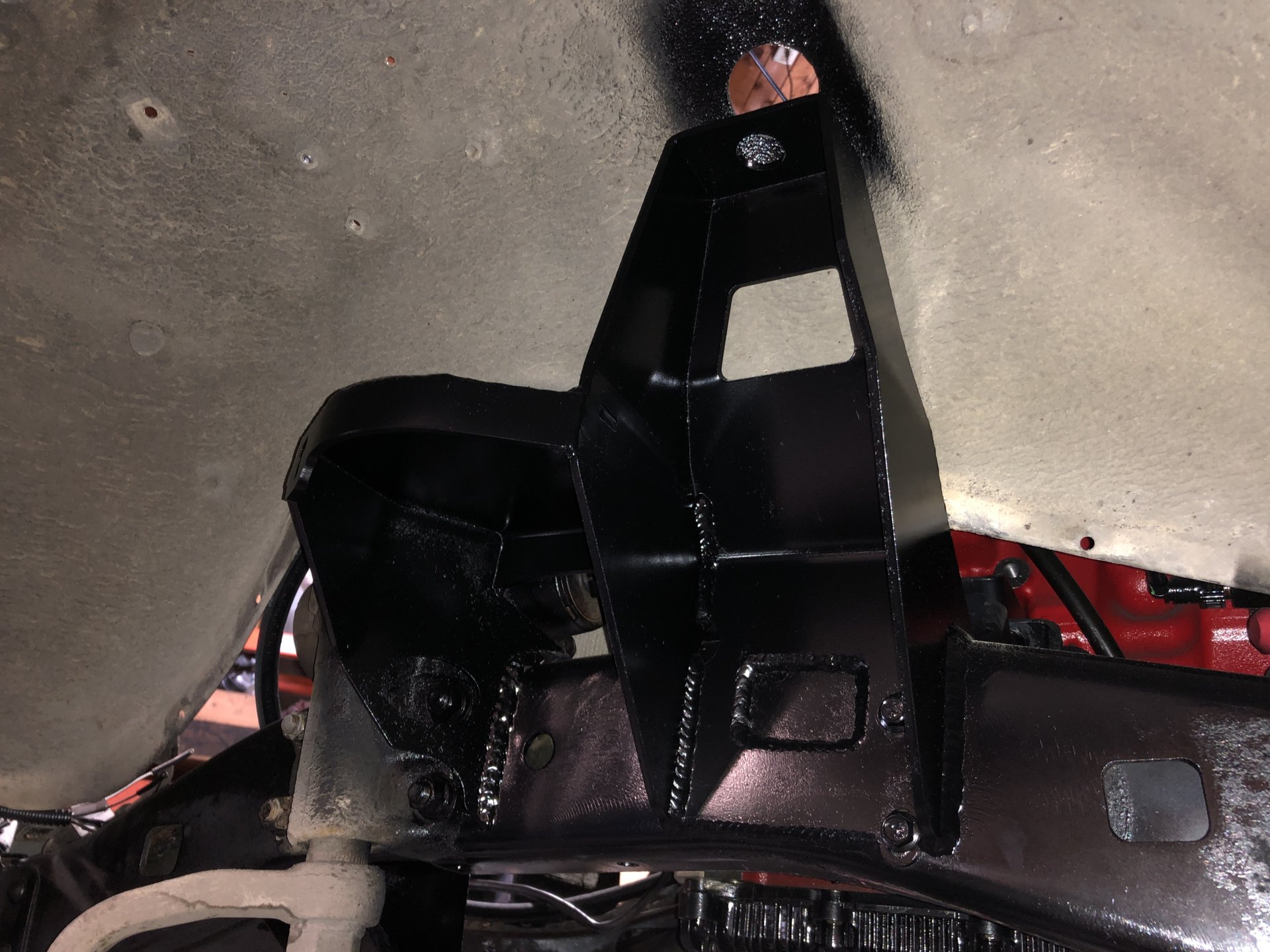 Here are some shots of the rear 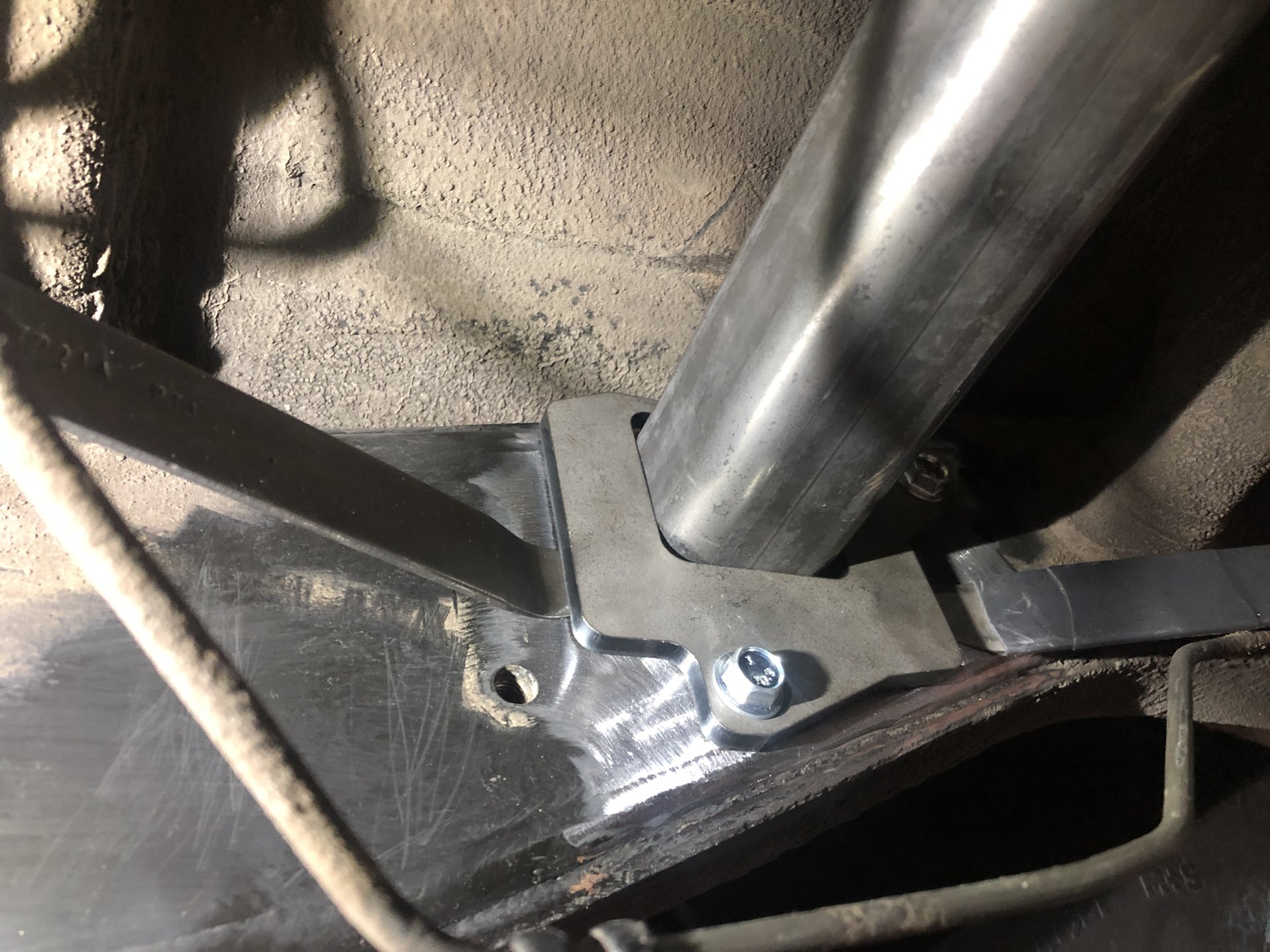 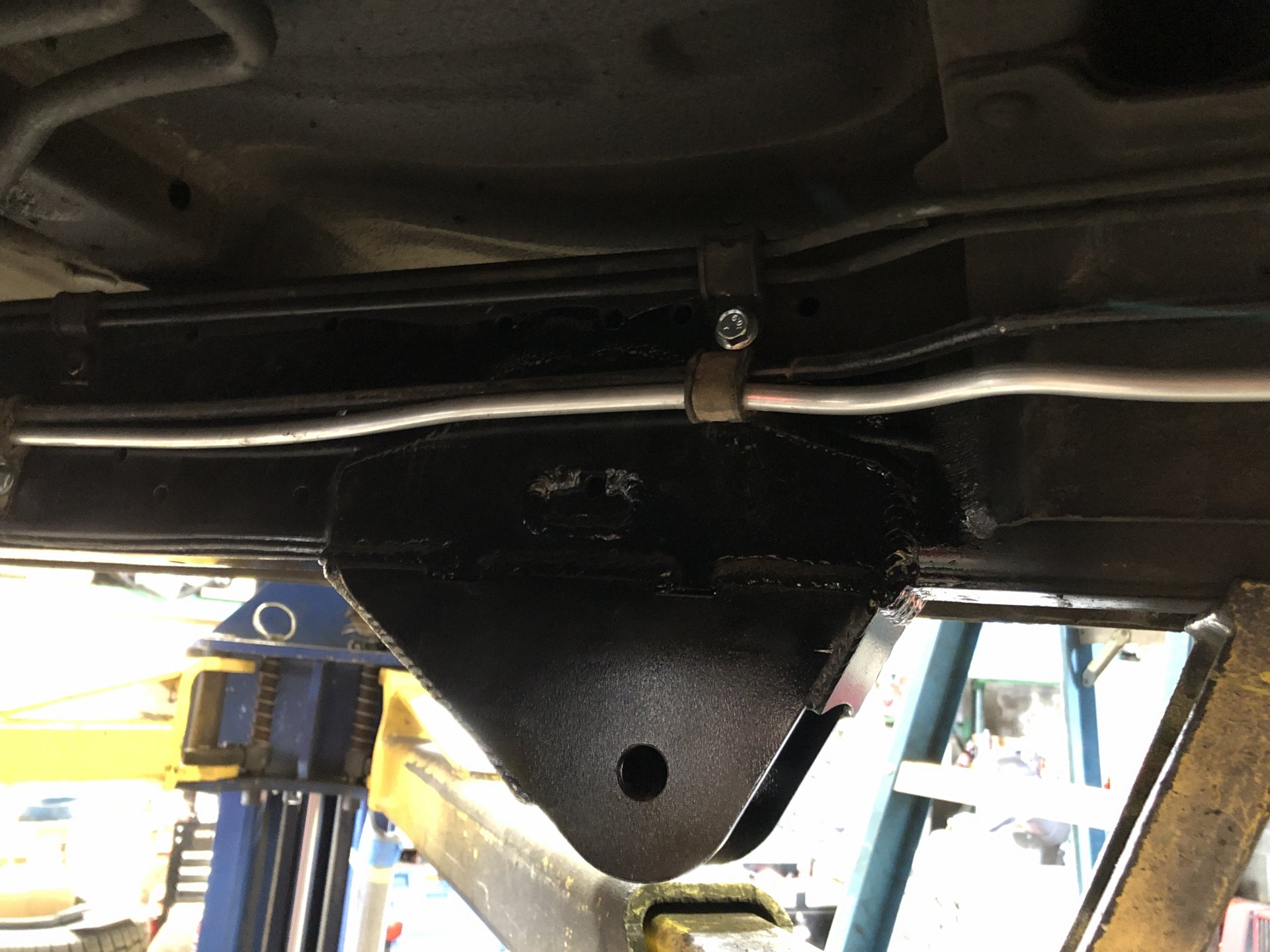 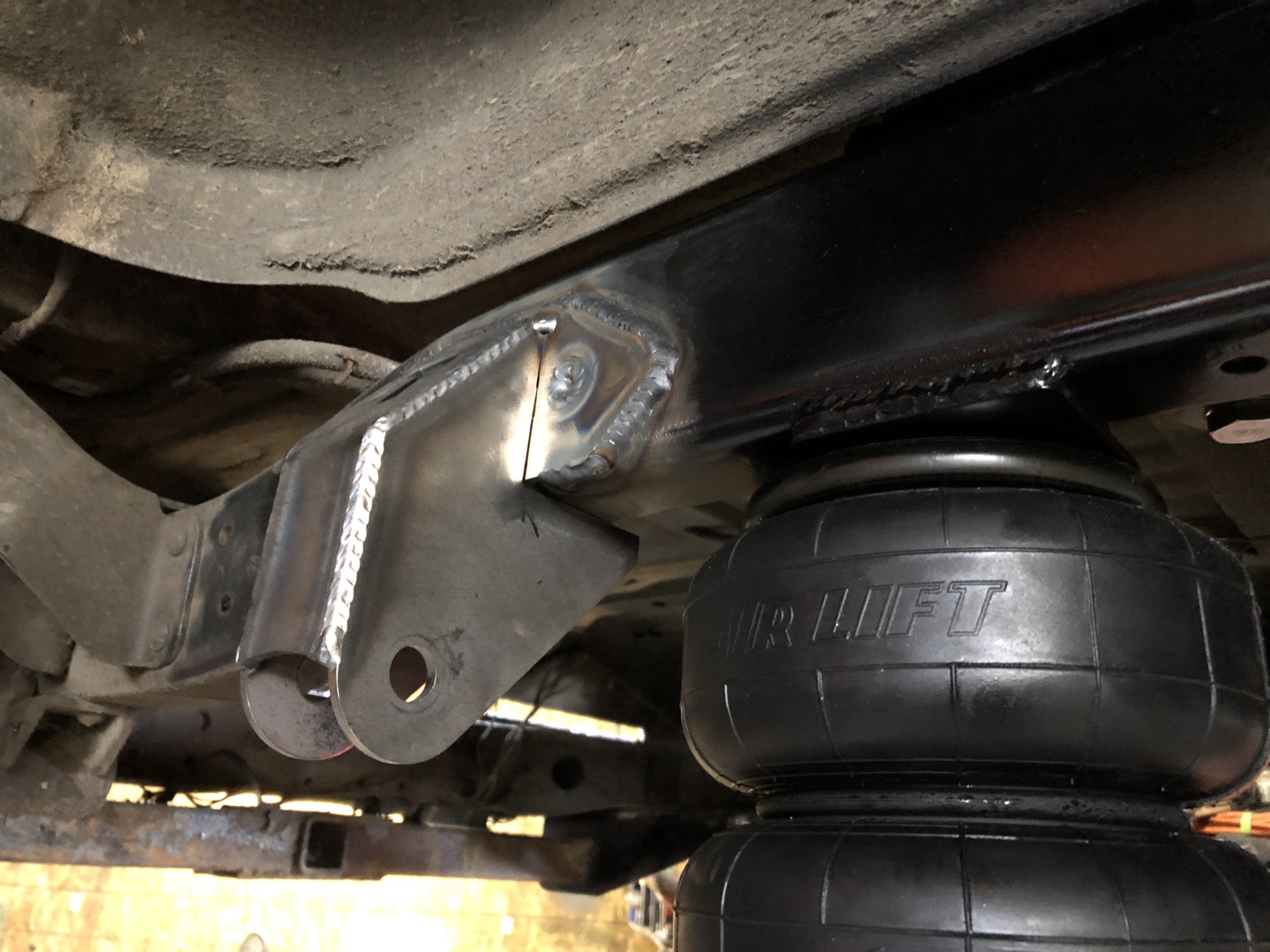 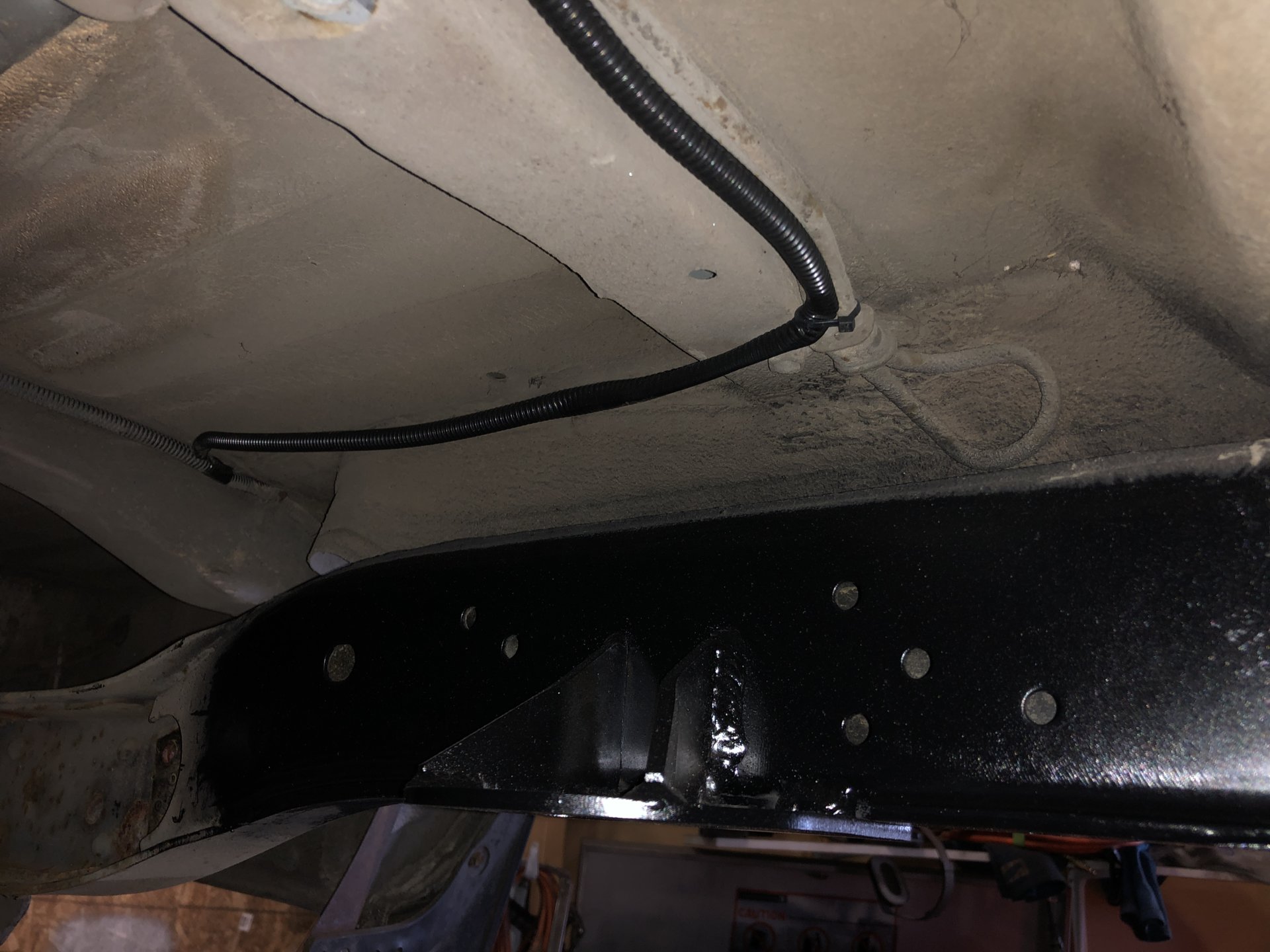 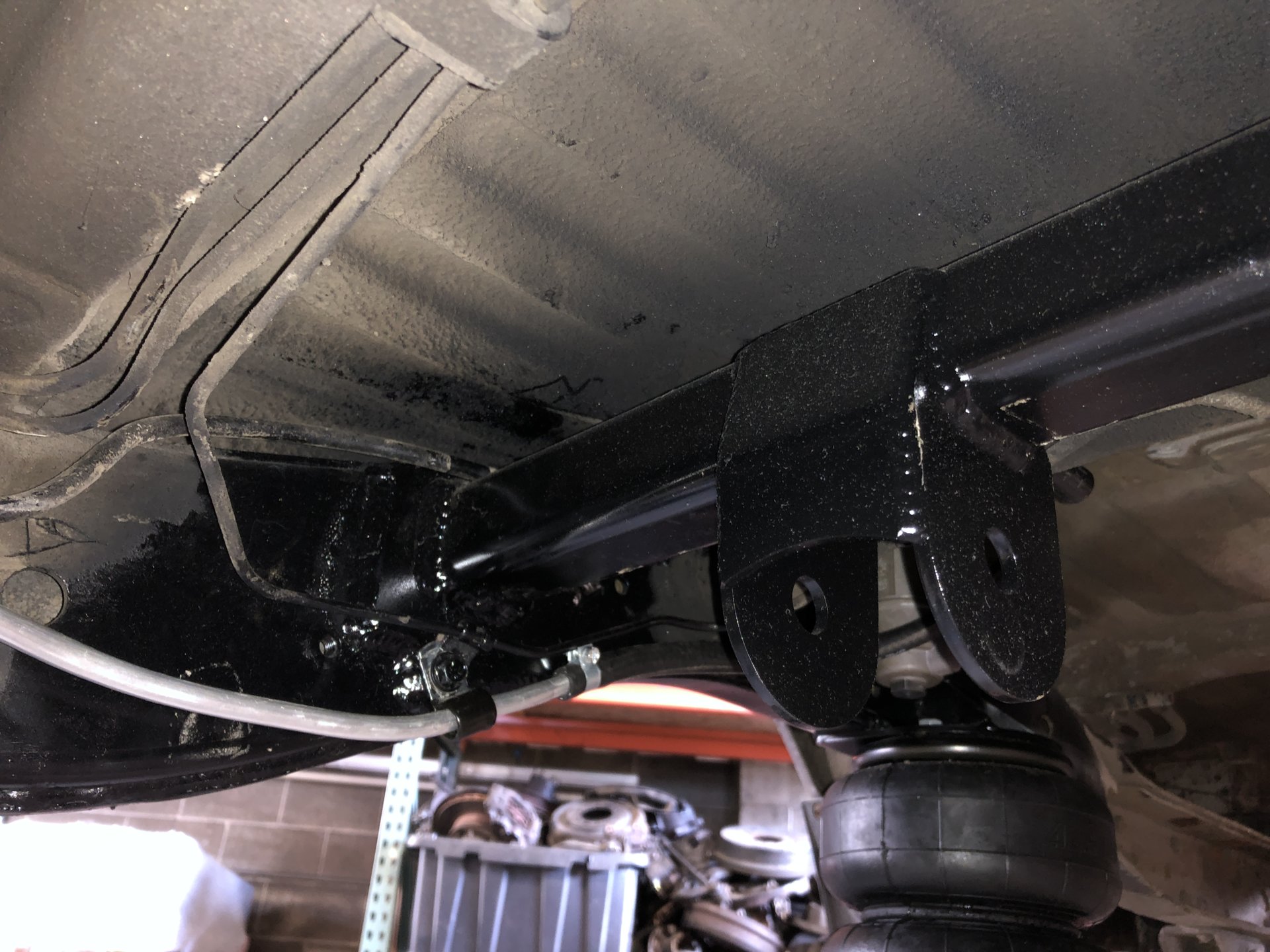 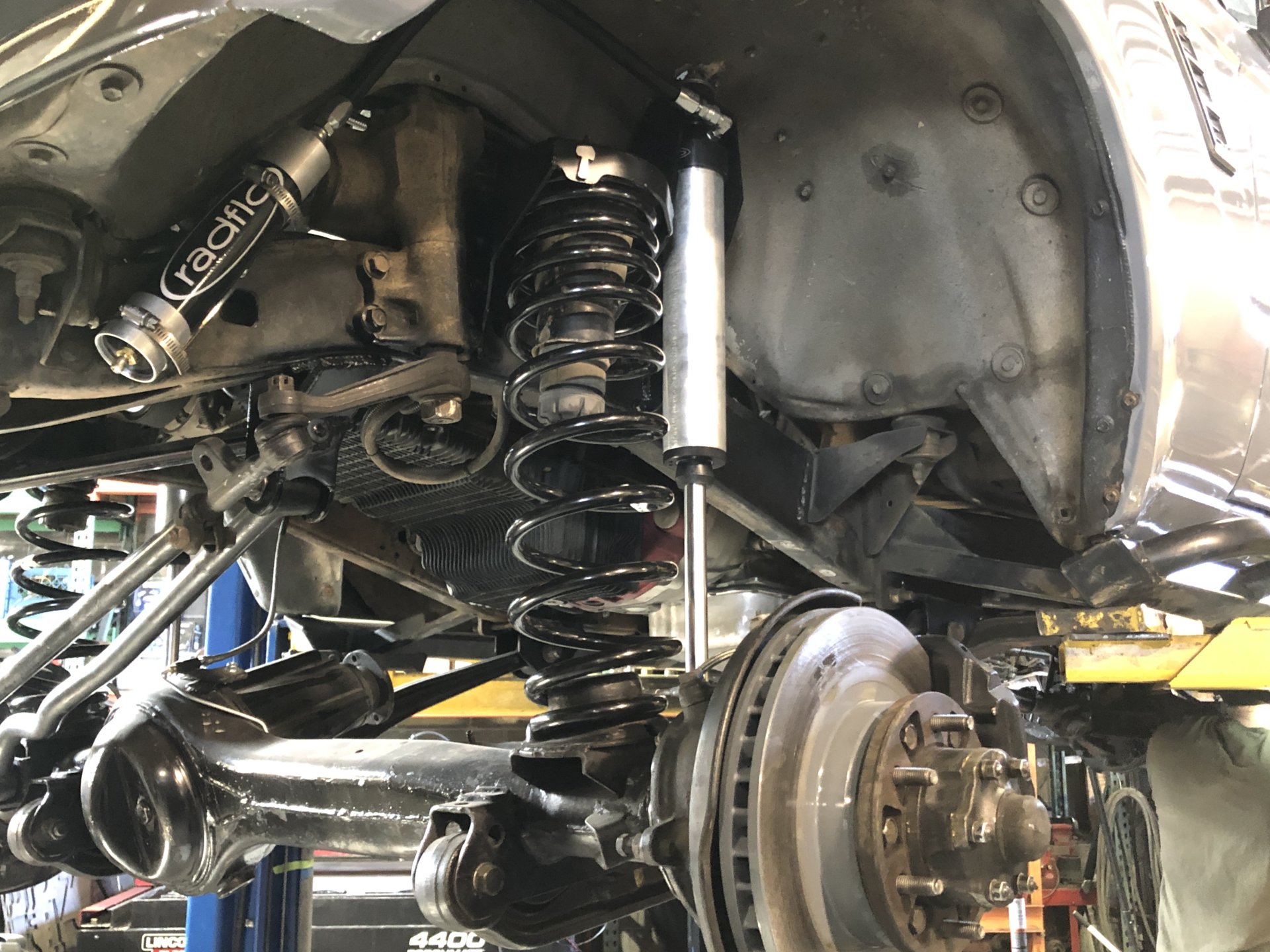 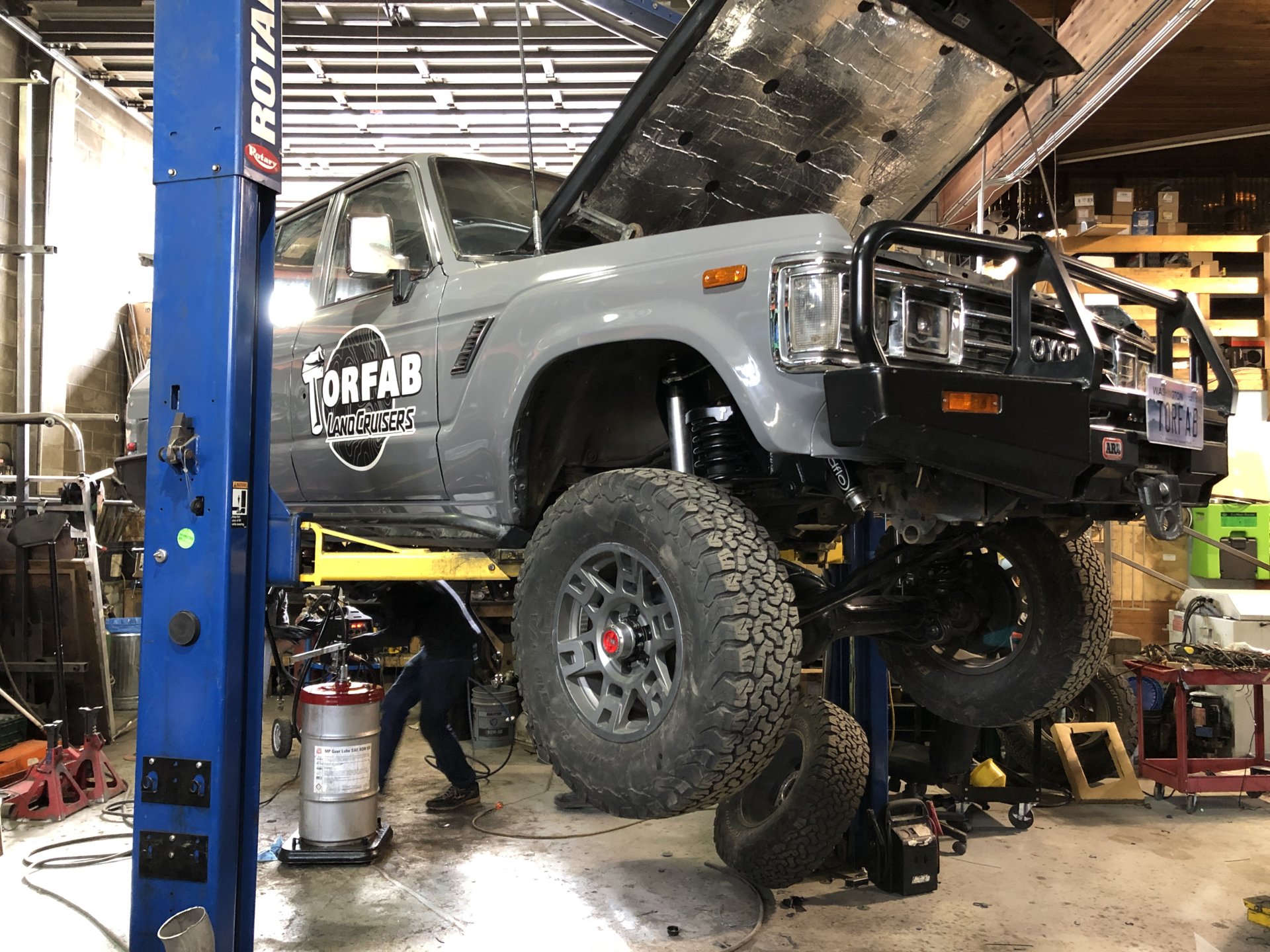 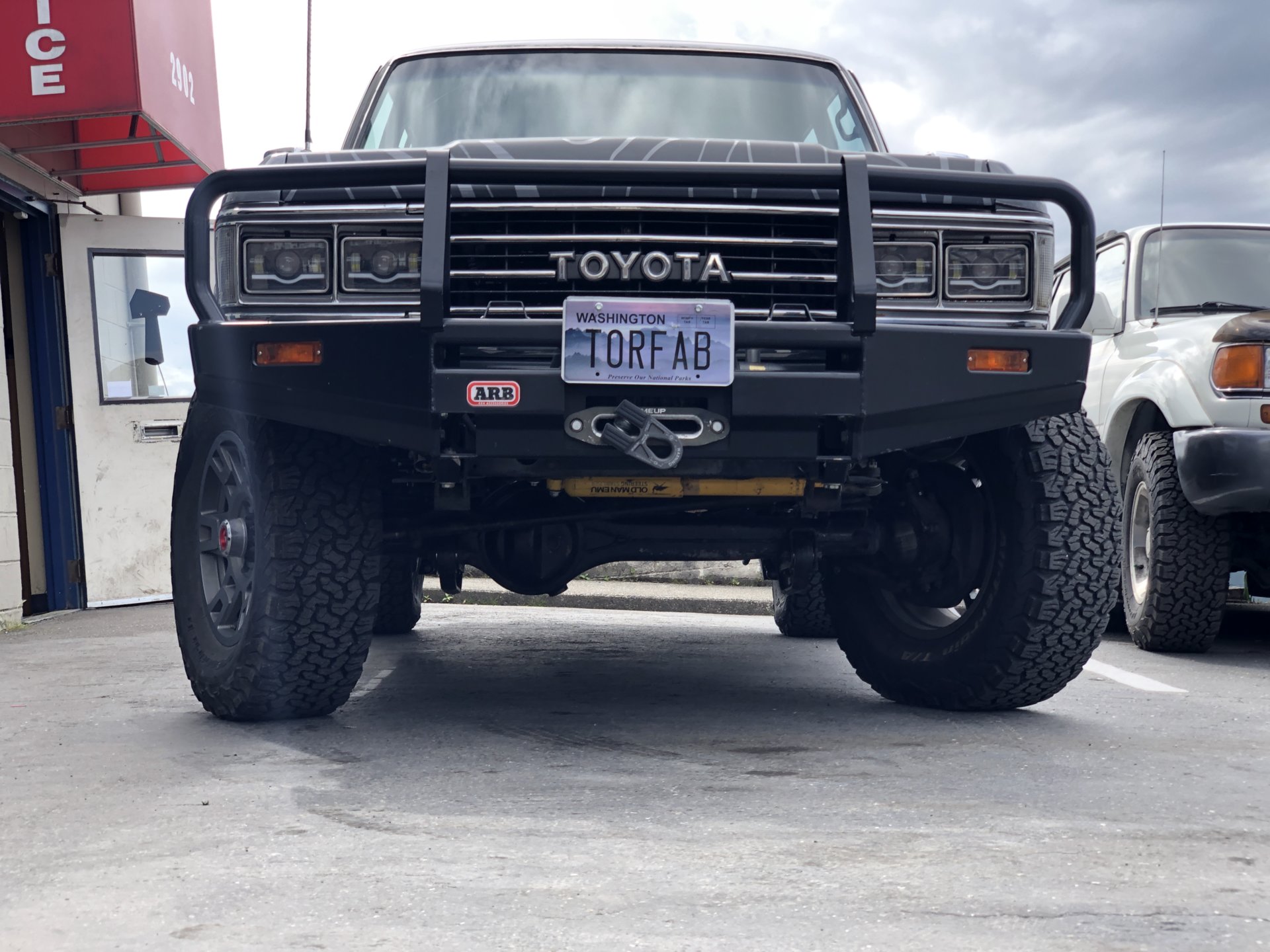 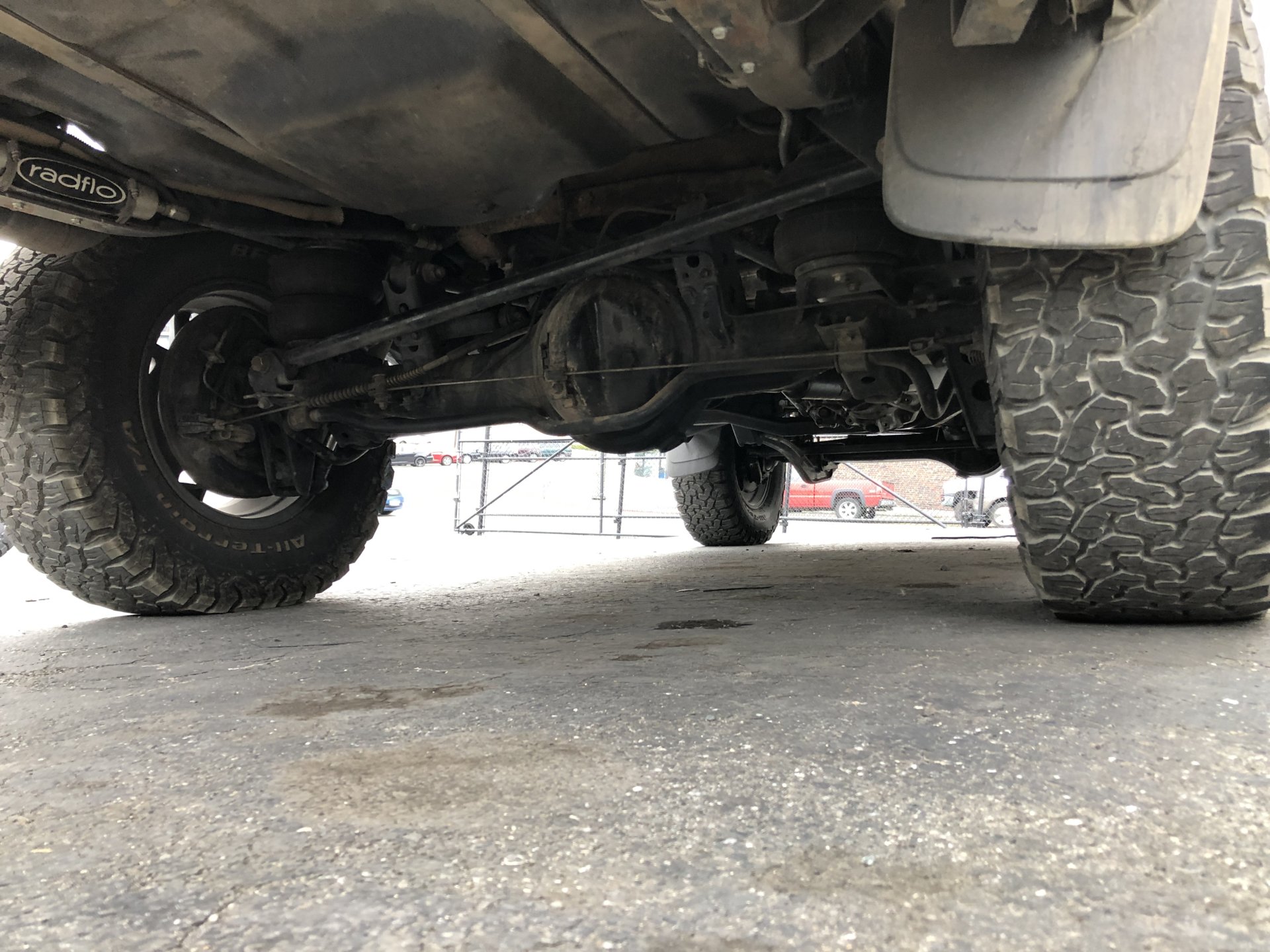 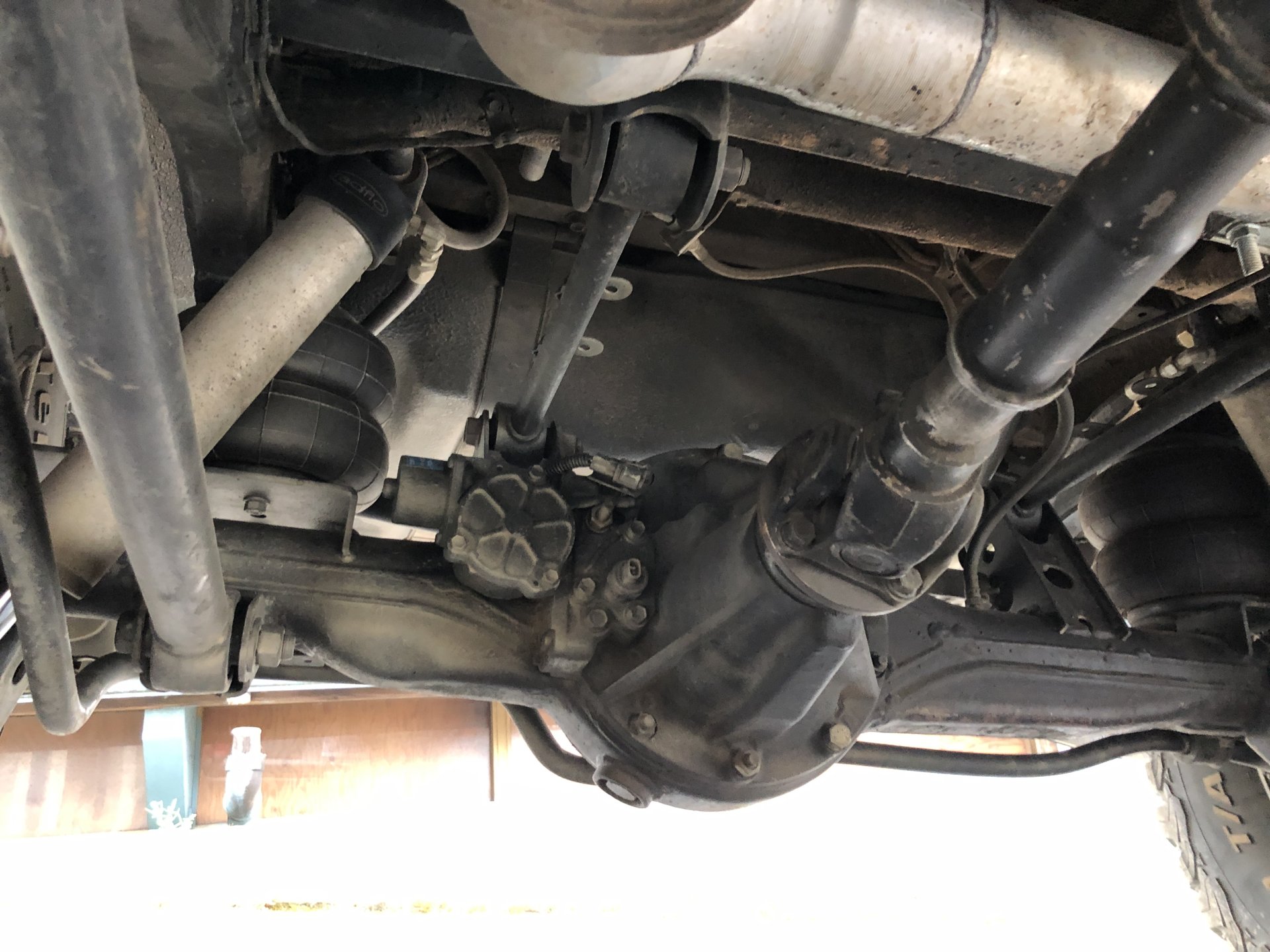 She sits nice and tidy, and cruises comfortably at 100mph on the highway 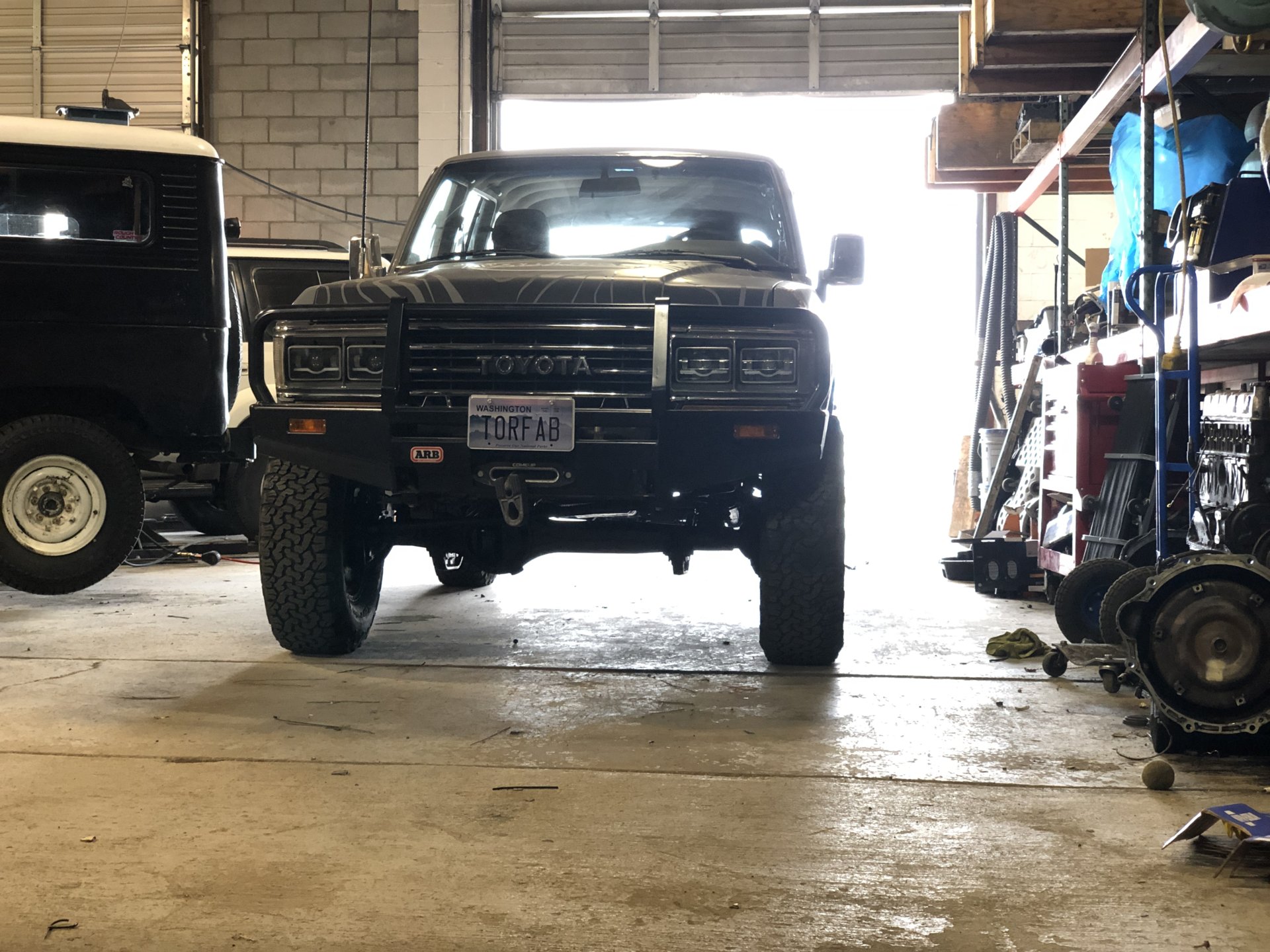 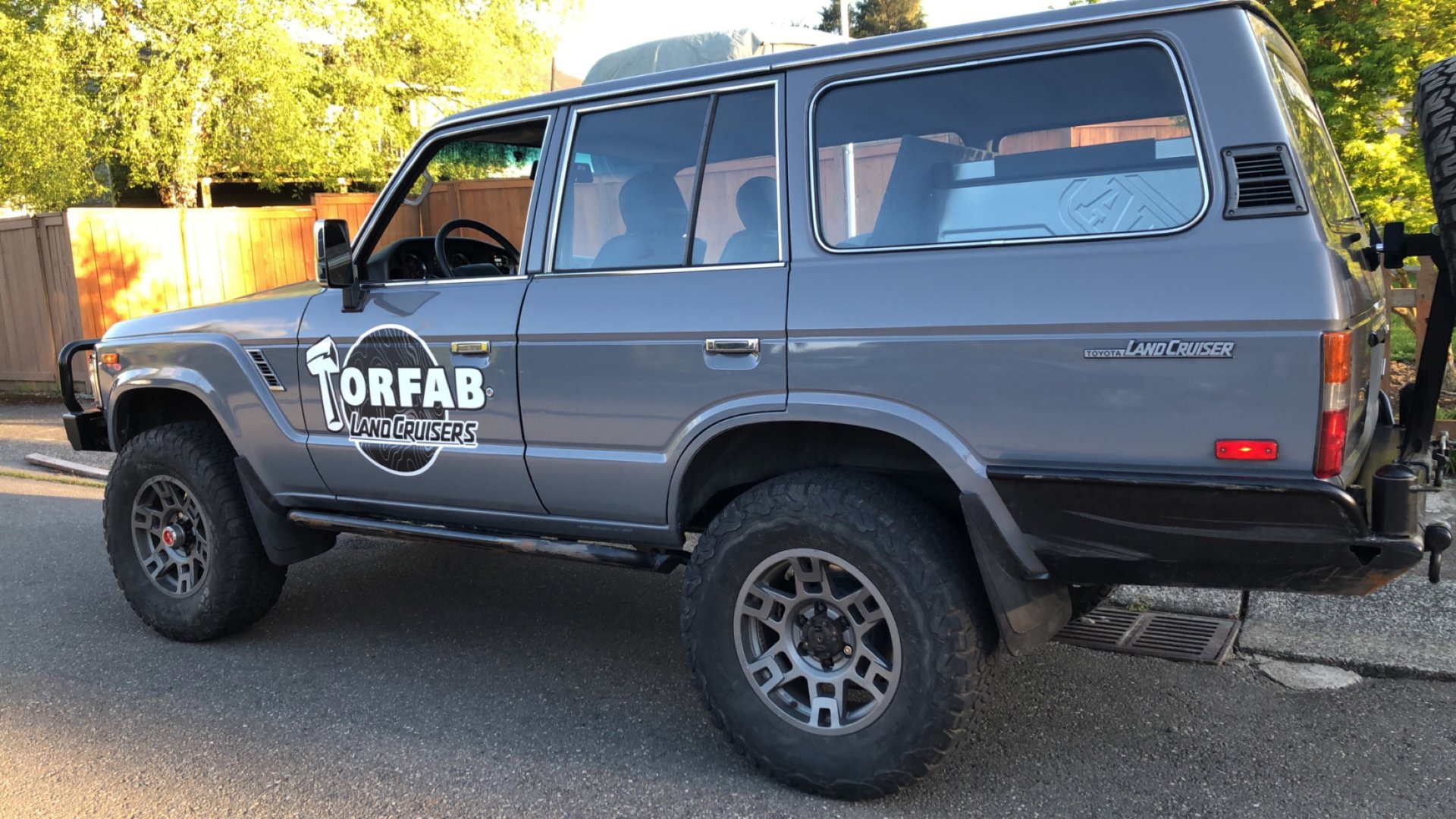 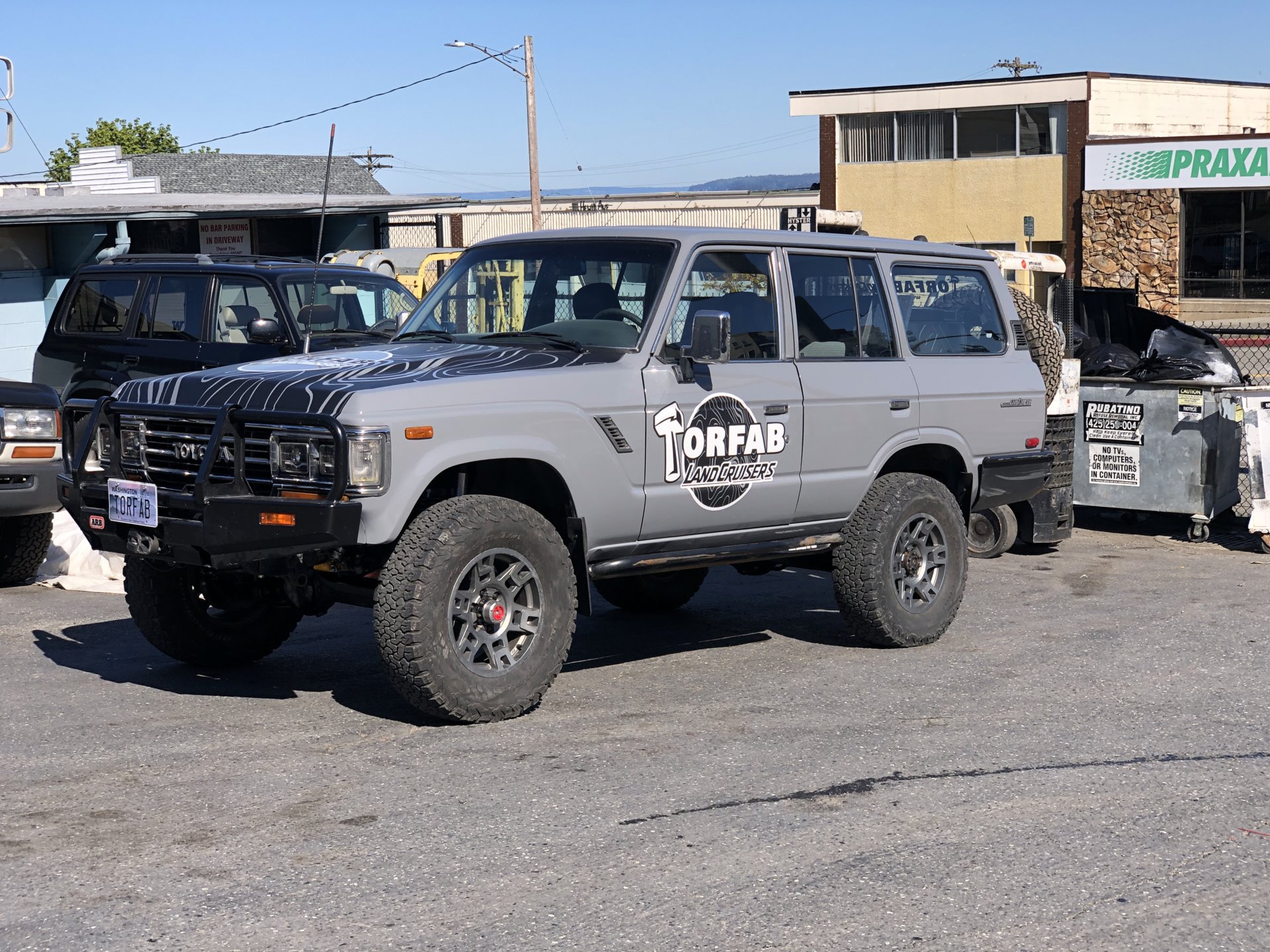 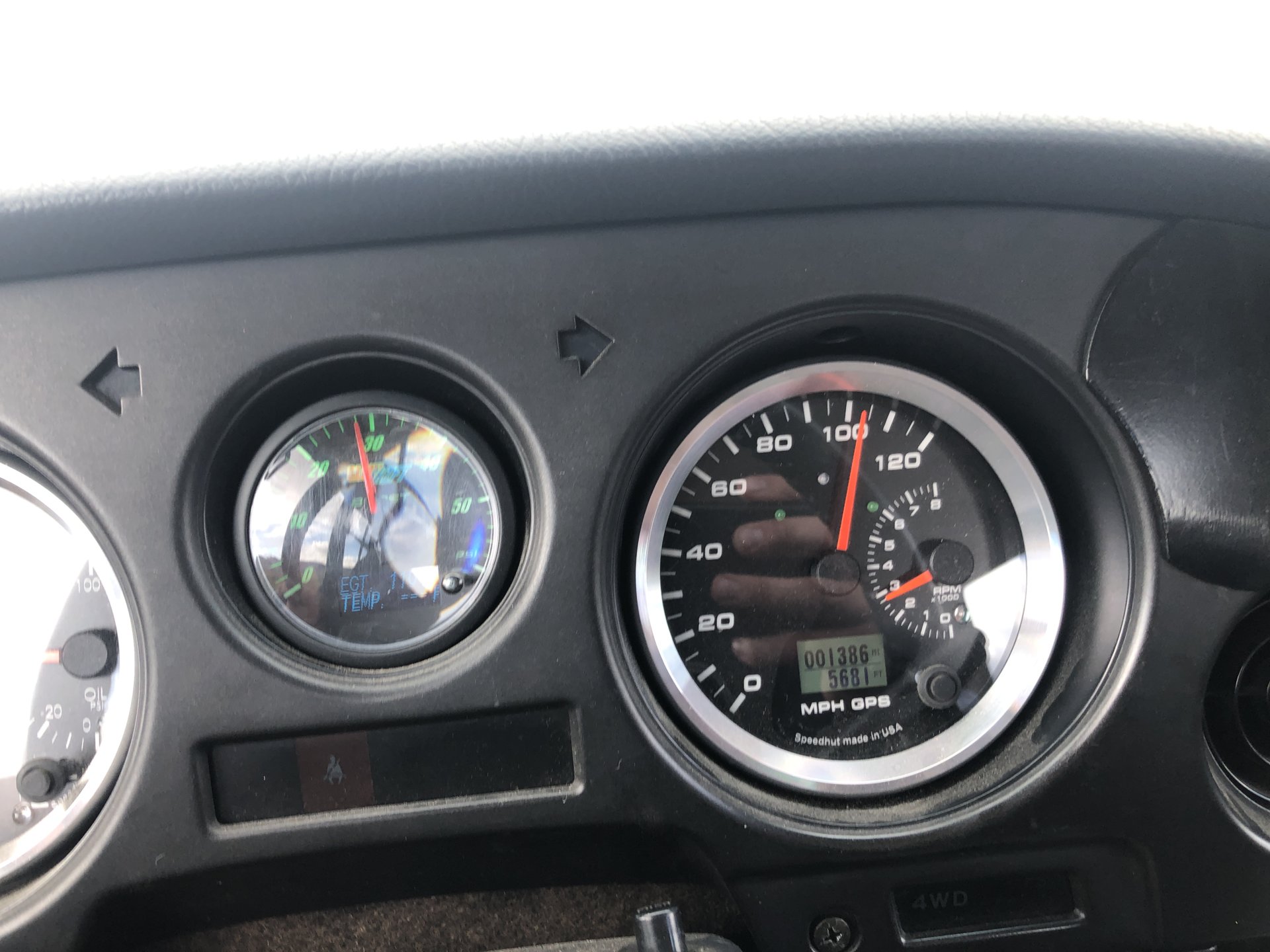 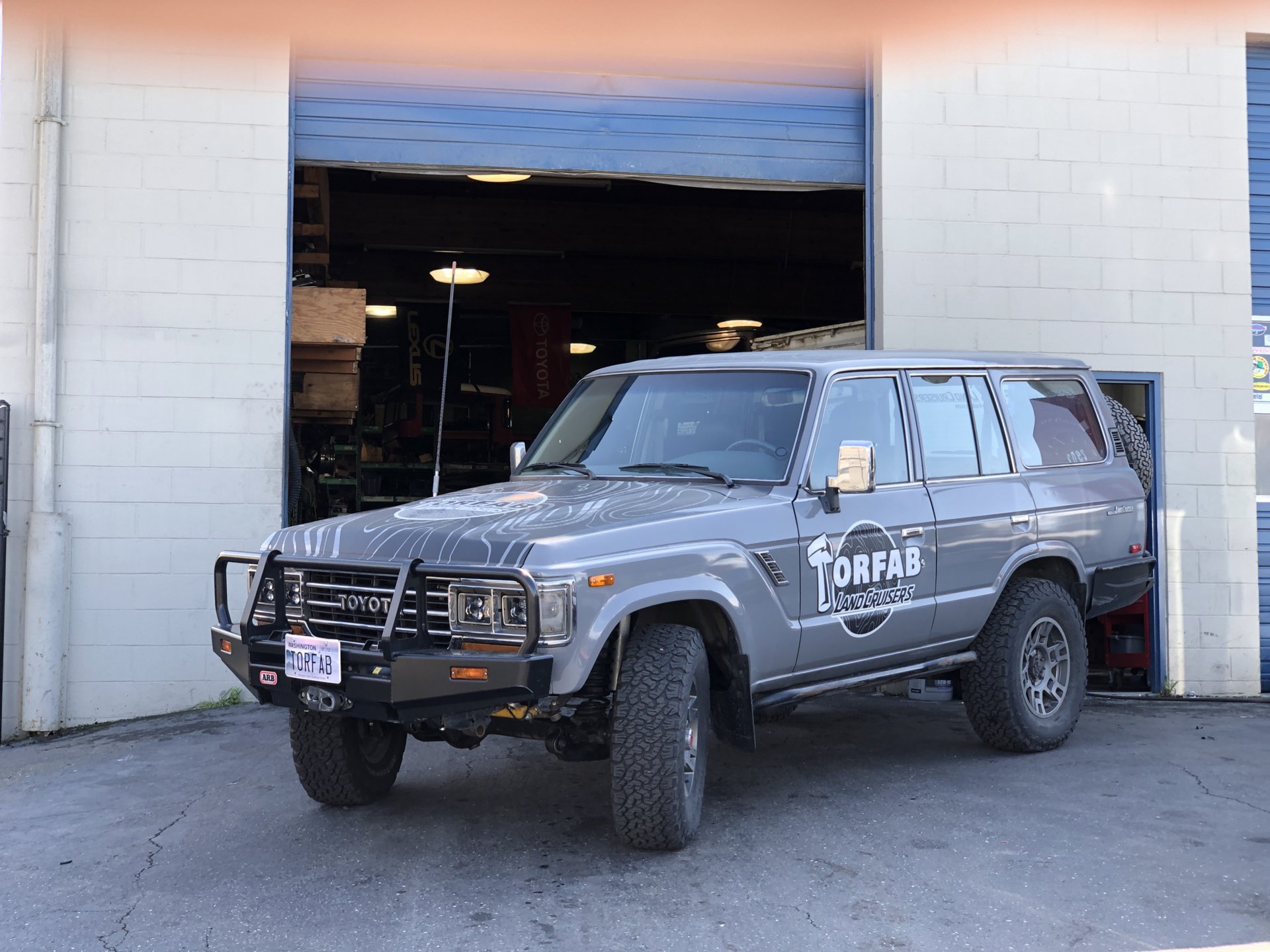 Also, this truck is not a trailer queen, I actually "USE" this cruiser for its intended purpose

Very nice job. I like the airbag choice. Cool to see something new.
1

This looks amazing. What are you thinking this kit will cost?

75% of the improvement comes from the front kit, but the rear adds better brakes and air bags

Gonna offer a full kit + install discount, like maybe for those looking to bring their 62s in for an H55F swap (already have the tranny and tcase) at the same time?

Are you using stock steering with this setup, or did you do anything to beef that up too?

torfab said:
Also, this truck is not a trailer queen, I actually "USE" this cruiser for its intended purpose
Click to expand...


@torfab you have any shots of you “USING” it with the suspension set-up?

This kit looks to address not only an upgrade on the suspension, but all the gremlins that might come with such conversion.....

Got to see this stopping by the other day. Looks awesome and definitely next on the list of upgrades after the campteq camper comes in...
How much wider are the 80 axles? Is it enough to be noticeable having a 60 rear and 80 front?

ProwlerDriver said:
Got to see this stopping by the other day. Looks awesome and definitely next on the list of upgrades after the campteq camper comes in...
How much wider are the 80 axles? Is it enough to be noticeable having a 60 rear and 80 front?
Click to expand...

It's going to start getting hard to get ahold of 80 axles.

Very nice! What size tires are you running? Any flex shots?

NookShneer said:
1.5” spacers in the rear will even out with the front 80 axle.
Click to expand...

ProwlerDriver said:
1.5”.... I’ll have to see how much that will stick out. I’m guessing the ride will be worth the mud on the side of my truck. Time to find an 80 axle
Click to expand...


If you get wheels with 4.5 BS they will tuck just within the wheel wells.

You’ll need 16” wheels to clear the 80 axle calipers.
You must log in or register to reply here.

doing a search online a site directed me to ebay. Guy has zero clue on what a 60 cost used

Anyone in the St. Louis area (closer to Grover, MO) that could help me out picking up a part to ship?

Sprung over - Now with added Weight.