I'm considering buying an LJ78 with a 2LTE engine that has had the head swapped to the 3L head. This seems like a common "upgrade" but I've read a few comments that it really doesn't solve the cooling issues and is likely to crack anyway. Does anyone have any opinions on that?

Two things: Run Evans Waterless Coolant instead of antifreeze, and put an intercooler on it as soon as you can. Lots of info on both here on Mud.

What a lot of people don't know is that there is also a 2nd generation 2LTE head that is the best one to buy. The 3L head is improved compared to the first generation too though. And a lot of people did go specifically with the 3L version. Externally they all look identical. The 2LTE was actually made in many markets into the early 2000's believe it or not. It's only the first 4 years of them (1990-1994) or so that had the head problems. Once Toyota went to the 2nd gen head they were much more reliable.

And yes, the newer versions are far better than the first. The first version 2LTE heads were basically guaranteed to crack. Basically every 2LTE powered vehicle in Canada today has a new cylinder head on it. From what I've seen, these vehicles have generally been running strong since the first head swap with far fewer failures. Be wary of rigs with Chinese cylinder heads though, as I have heard bad stories of these. The Toyota OEM heads are the best IMHO (2nd gen ones of course....)

The second gen cylinder head coupled with an upgraded thermostat, serviced fan hub, and larger fan makes for a pretty reliable 2LTE. Add an intercooler/exhaust and the motor will be much happier again with lower EGT and more power. Evans waterless coolant is another great thing to put into these motors and will guarantee protection even if you get the motor pretty hot.

Here is a picture of the problem on Toyota's early version 2LTE head. The coolant pocket right above the area between the valves weakens the head and allows it to crack there. Toyota's idea with that was to cool the area, but in reality the coolant just boils there. The heat can't escape because of the vapour barrier, and eventually the metal fatigues and fails. 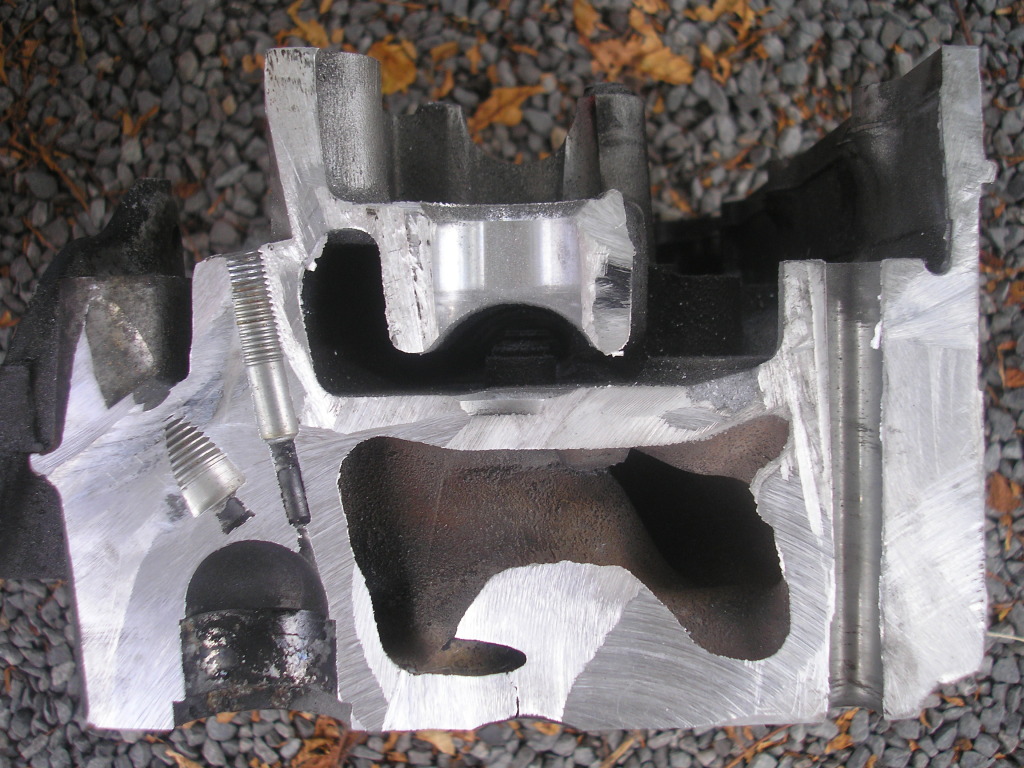 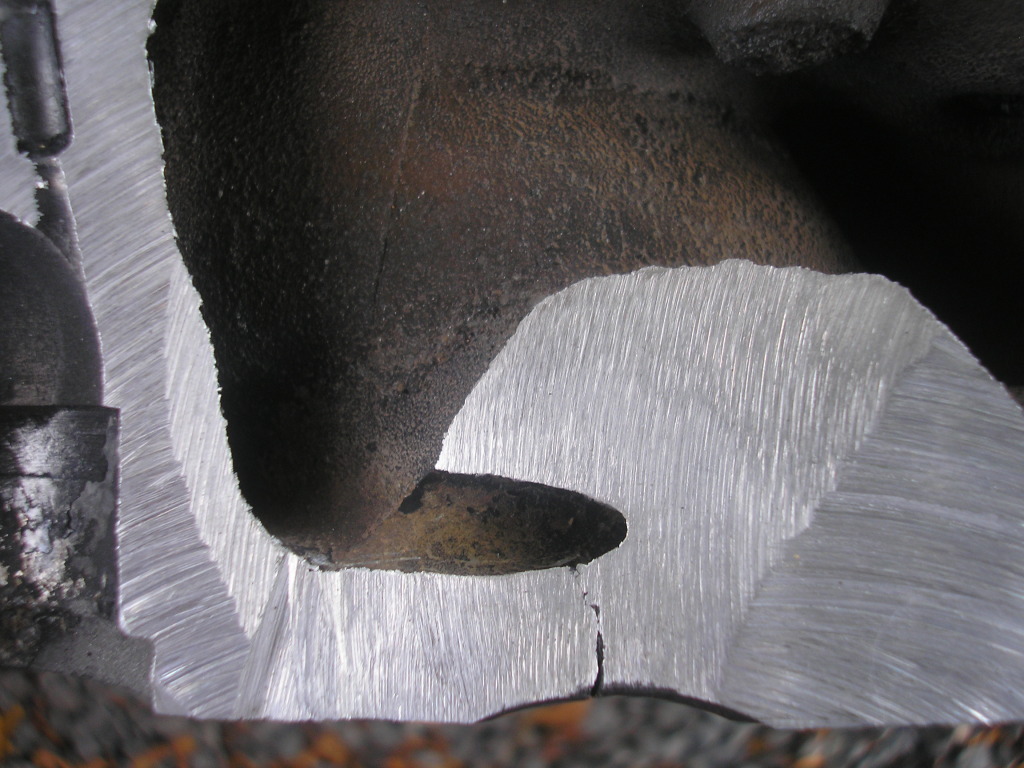 This is slightly off topic, but if you can slap a 3L head on a 2L-T engine with no adverse effect, could you stroke a 2L to a 5L by just changing the connecting rods, or would you need a new crankshaft and 5L head and cam?

Not in the near plans, but curious if this was possible or has been done by anyone that frequents this board?
Last edited: Oct 14, 2017

Dprio34 said:
This is slightly off topic, but if you slap a 3L head on a 2L-T engine with no adverse effect, could you stroke a 2L to a 5L by just changing the connecting rods, or would you need a new crankshaft and 5L head and cam?

Not in the near plans, but curious if this was possible or has been done by anyone that frequents this board?
Click to expand...


The bore is also bigger on the 5L. So to use a 2L block you'd have to bore it out, and then you'd need the 5L pistons, rods and crank. Not sure if the 2L block would need modification for the longer throw. I believe the heads are different too. So really not worth it. You'd be better off just buying the whole motor.

The CT20A (1990+) on the 2LT-II and 2LTE actually is totally reliable at the higher boost levels (17-19psi). So if you're hunting for power, just intercool, turn up the boost and fuel and you'll make at least 50% more power. There is a lot of potential for power in these motors, only limited by the 10mm injection pump. I've thought of fitting a 1KZ 12mm pump a few times now.

For your application, you'd have to learn how to adjust the boost compensator for the higher boost pressure.

Thanks for that breakdown, Nick!
Great info!

New to the 2LTE world here. (1991 Prado w/ 2L-TE motor)
I bought one before reading all of the tales about the heads.
I was changing fluids out and my friend realized that my head is not aluminum. It stuck to his magnet (he's an aircraft mechanic). He said it looked like cast iron to him, but unlike some aluminum around the engine compartment, the head stuck to his magnet quite well!
Is it possible that there were some iron heads back than as well? (Mine is a RHD imported from Japan a few years ago)
Or more probably, is it possible that mine had the head swapped prior to me owning it?
Does anyone have #'s that would tell me if this head is original to the vehicle, or some other model (maybe a 3L?)
Thanks in advance for any helpful info!

All of the 2LTE heads are iron.
No real way to tell for certain if it's been swapped.
Some of the swapped heads had markings under the valve cover.
Also, no proof at all to this one, but it's sort of the belief that if your head gasket isn't painted on the edges, it's been swapped. Theory is the factory painted the entire assembly after the head was on. So,painted gasket, old head. No paint on gasket, head had been off and a new gasket fitted at the least.
Also, not a ton of those trucks made it to 100K with the original head. They cracked like eggs. So, a large number of the trucks we see now have the new upgraded head.
Keep it cool whatever you do,watch your right foot, do your research, and it can be a good engine. Lot's of us have done a lot of modifying to the 2LTE and no one has run one more miles under harder usage than gtssportcoupe most likely. I have had no issues whatsoever with mine. It's been a really dependable engine. I have done a lot to keep it that way however. And, I have run the balls off of it during tuning. I don't do that everyday, but when I was tuning and testing I was putting the boot to it nearly every day.
You must log in or register to reply here.